The Jaguar E-Type At Concours Of Elegance 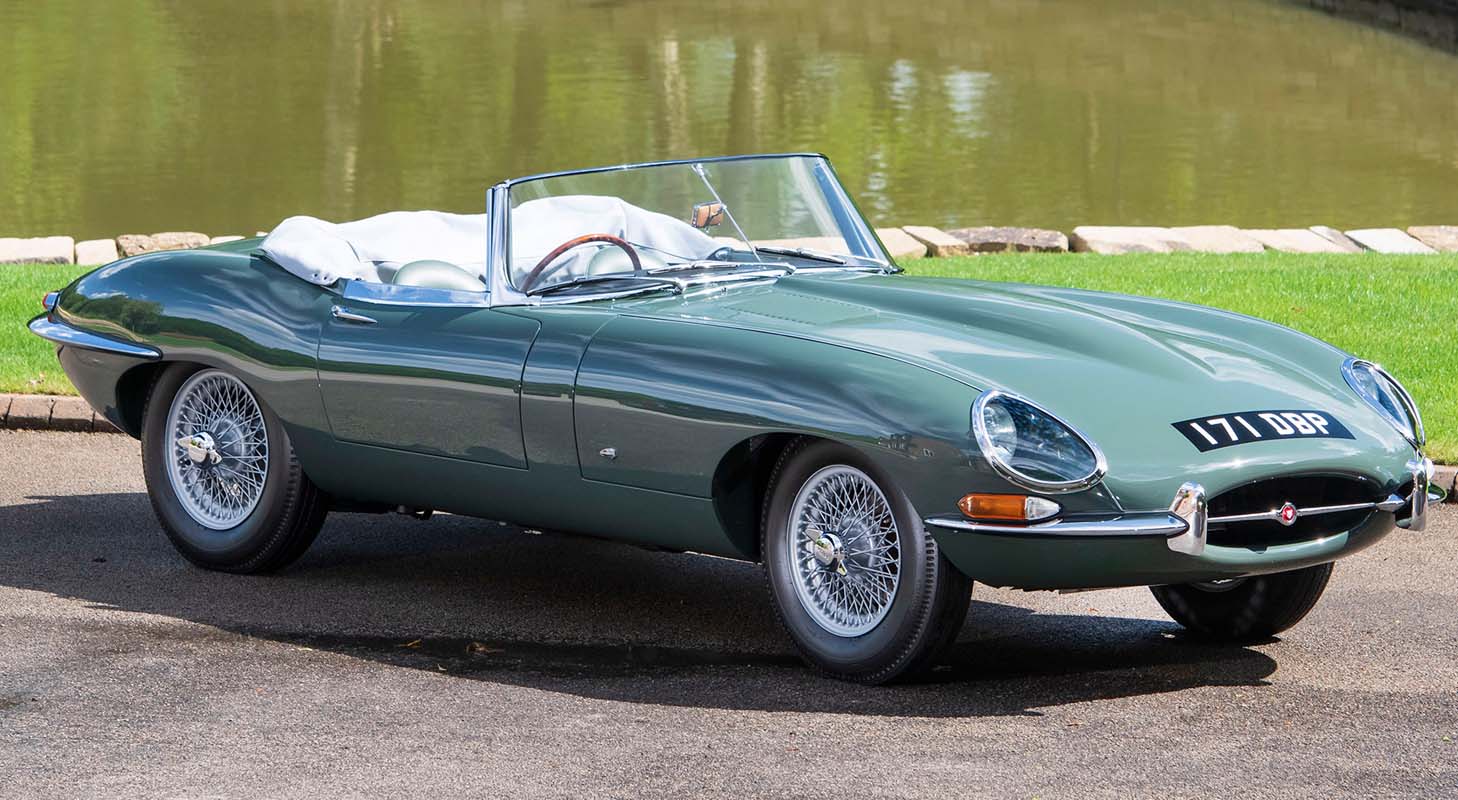 The Concours of Elegance – famed for gathering together the rarest cars ever created – will showcase some of the world’s most exemplary Jaguar E-types in celebration of the car’s 60th anniversary at Hampton Court Palace in this year’s ‘Main Concours’ display. Taking place from 3-5 September, the event is renowned as one of the top three concours d’elegance events in the world for the quality of cars it attracts; nowhere else in the UK can the public see such a high standard of rare historic vehicles.
The Jaguar E-type’s launch ranks among the most dramatic automotive unveilings of all time. Jaguar’s then PR Manager Bob Berry drove from Coventry to the Geneva Motor Show in one of the show-stand E-types, to arrive just 20 minutes before it was due to be unveiled. He arrived to an overwhelming demand for the car, and subsequently had to call upon legendary test-driver Norman Dewis to deliver another E-type overnight. Dewis drove from Coventry to Geneva in 11 hours averaging 68mph – man and machine pushed to their limits.
Among the cars on display at the Concours of Elegance is one of the most renowned racing E-types. The car is an E-type Roadster known as ‘ECD 400’. It was the first of seven vehicles prepared by the factory for racing. Its first event was at Oulton Park in 1961, where it won, in the hands of Graham Hill, followed by second at the Spa 500km, second again at Crystal Palace and, later on, a win at Snetterton, driven by Mike Parkes.
The next car is an early flat-floor, outside-bonnet-lock Series 1 model in highly original condition. Chassis 050062 is a very early example of the breed, one of the first 54 right-hand-drive examples built and destined for the Rossleigh Jaguar dealership in Edinburgh. As such, it is among just 92 right-hand-drive Roadsters with externally mounted bonnet locks and a flat floor. In 2017, under the custodianship of TV’s Steve Coogan, the car underwent a root-and-branch restoration, at specialists XK Engineering which took two years to complete.
Next is a 1969 Series 2 Roadster ‘XUC 673H’ which is owned by the grandson of Jaguar founder Sir William Lyons. It was originally supplied by Henlys of Hendon. When the current custodian inherited the car, it required a full restoration which was carried out partly through his own work at RA Creamer & Son Jaguar Main Dealer in Kensington, with the assistance of RS Panels of Nuneaton who repaired, painted, and reassembled the body. Following the car’s restoration in 1996 the car has covered some 18,000 miles including trips to Le Mans and Scotland and has appeared in various books, magazines, adverts and  concours events.
Also on display a 1973 Series 3 2+2, recently restored by marque specialist E-type UK. The job was not only to restore but to upgrade the car to the highest standard. The metal work was all been repaired to original specification, a bespoke aluminium bonnet was fabricated to reduce front-end weight, and the car was resprayed to Concours standard in Opalescent Gunmetal paint. The interior of the 2+2 was fully re-trimmed in Oxblood Red, and now benefits from a 15-inch wooden steering wheel, classically-styled inertia reel seat belts, an LED dash light conversion and a period-look stereo system with Bluetooth capability.
These are just some of the stunning E-types that will be on display and form just a small part of the additional content that makes up the near-1,000 cars on display during the Concours of Elegance, also including a collection of 95 British cars gathered to celebrate Her Majesty The Queen’s 95th birthday, and a 30UNDER30 Concours aimed at inspiring the next-generation of classic car enthusiast.
Special features for 2021 will also gather together a line-up of Future Classics, representing the potential concours d’elegance stars of the next 50 years, the Junior Concours and a Veteran Car Run display, gathering the pre-1905 motoring pioneers that each year make their pilgrimage from London to Brighton.
Away from the automotive displays, Concours of Elegance remains an occasion of pure luxury, with champagne provided by Charles Heidsieck, picnics by Fortnum & Mason, live stage interviews with Chubb Insurance, hosted by Jodie Kidd, and a collection of art, jewellery and fashion displays. Presenting Partner, A. Lange & Söhne, recently confirmed to support the event for a further three years, will continue to showcase some of its most intricate timepieces. New long-term partners joining the event in 2021 include The Peninsula London Hotel and Residences, Gooding & Co and McLaren.
Tickets to the Concours of Elegance 2021 are available now from £45 for an adult day admission entry. Tickets can be bought from concoursofelegance.co.uk/tickets 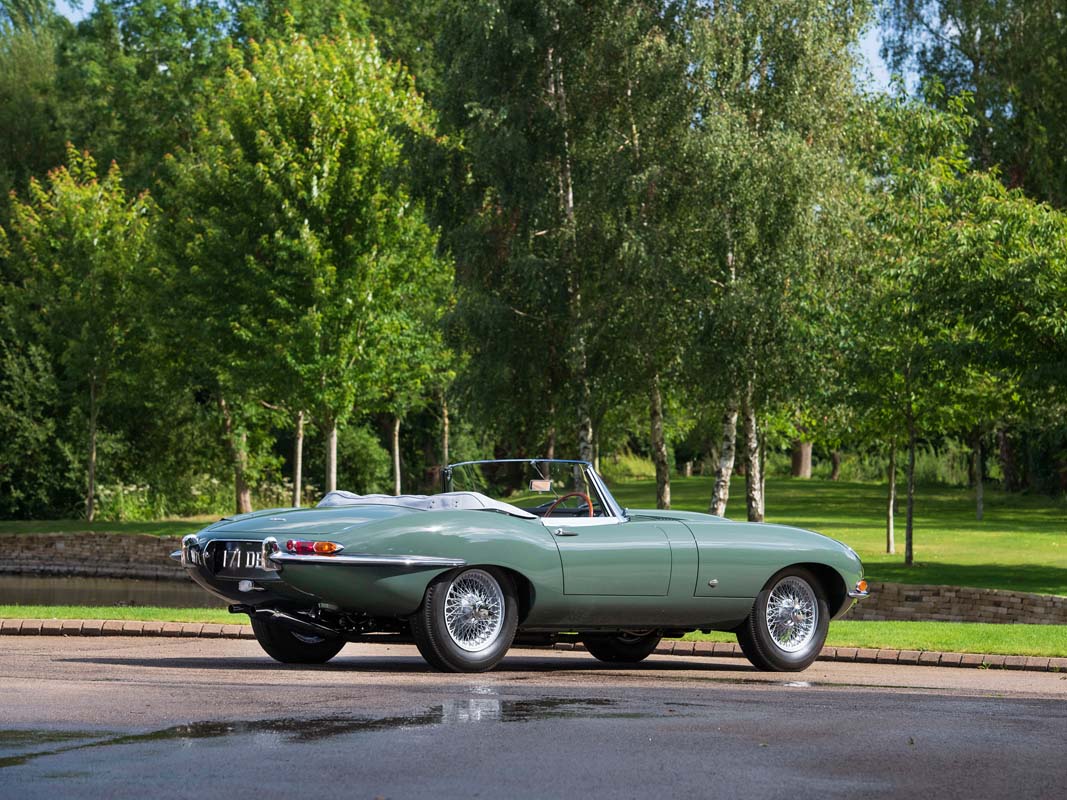 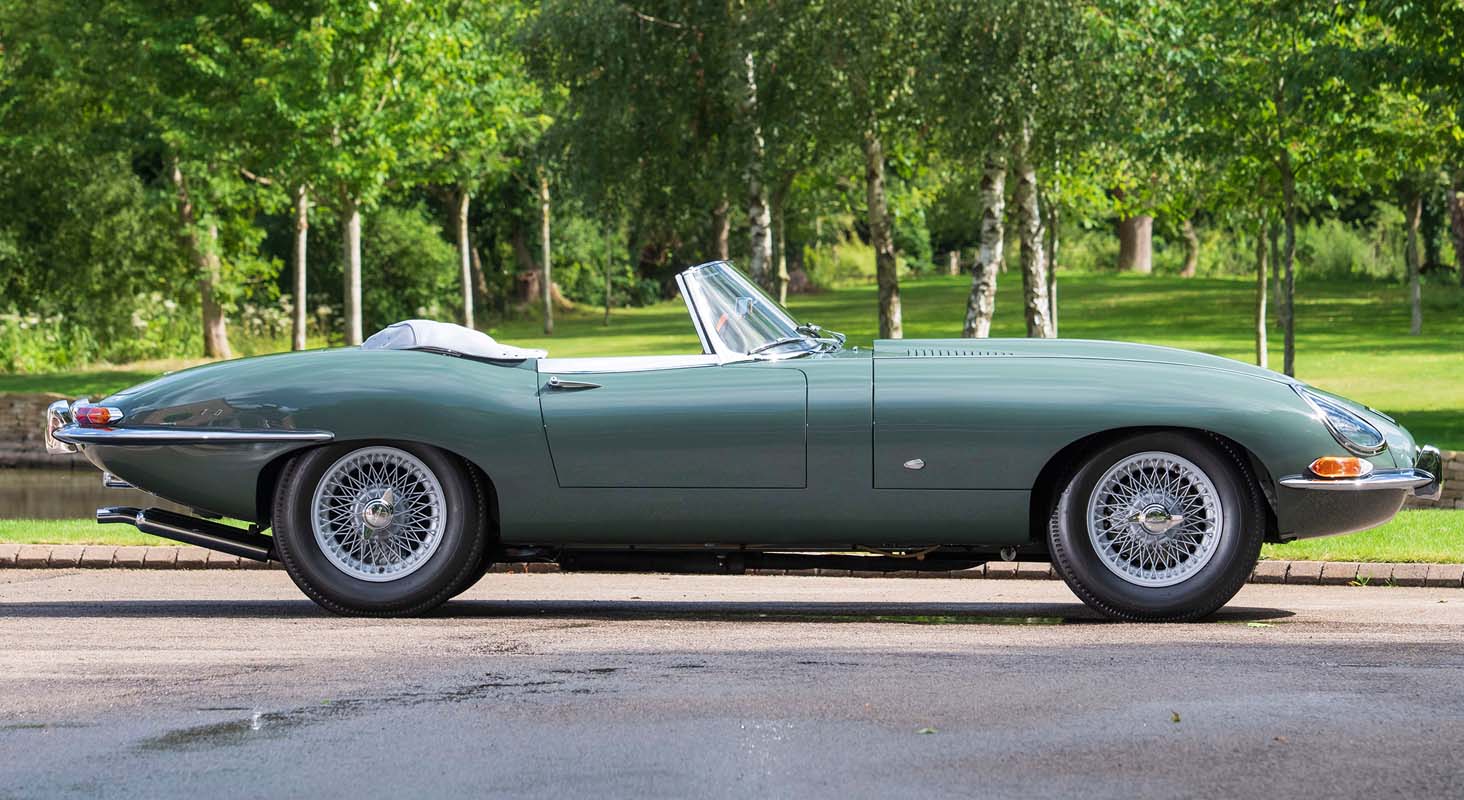 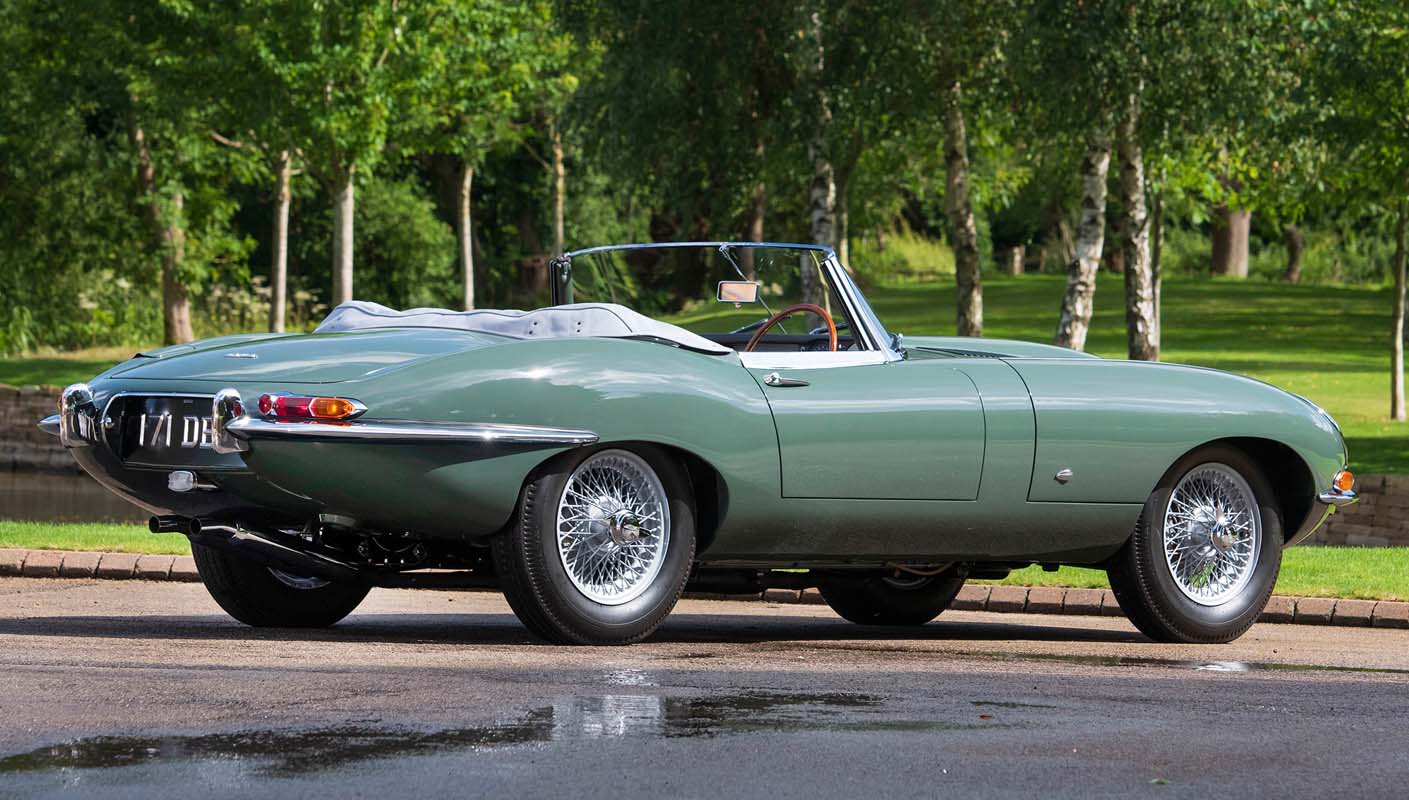 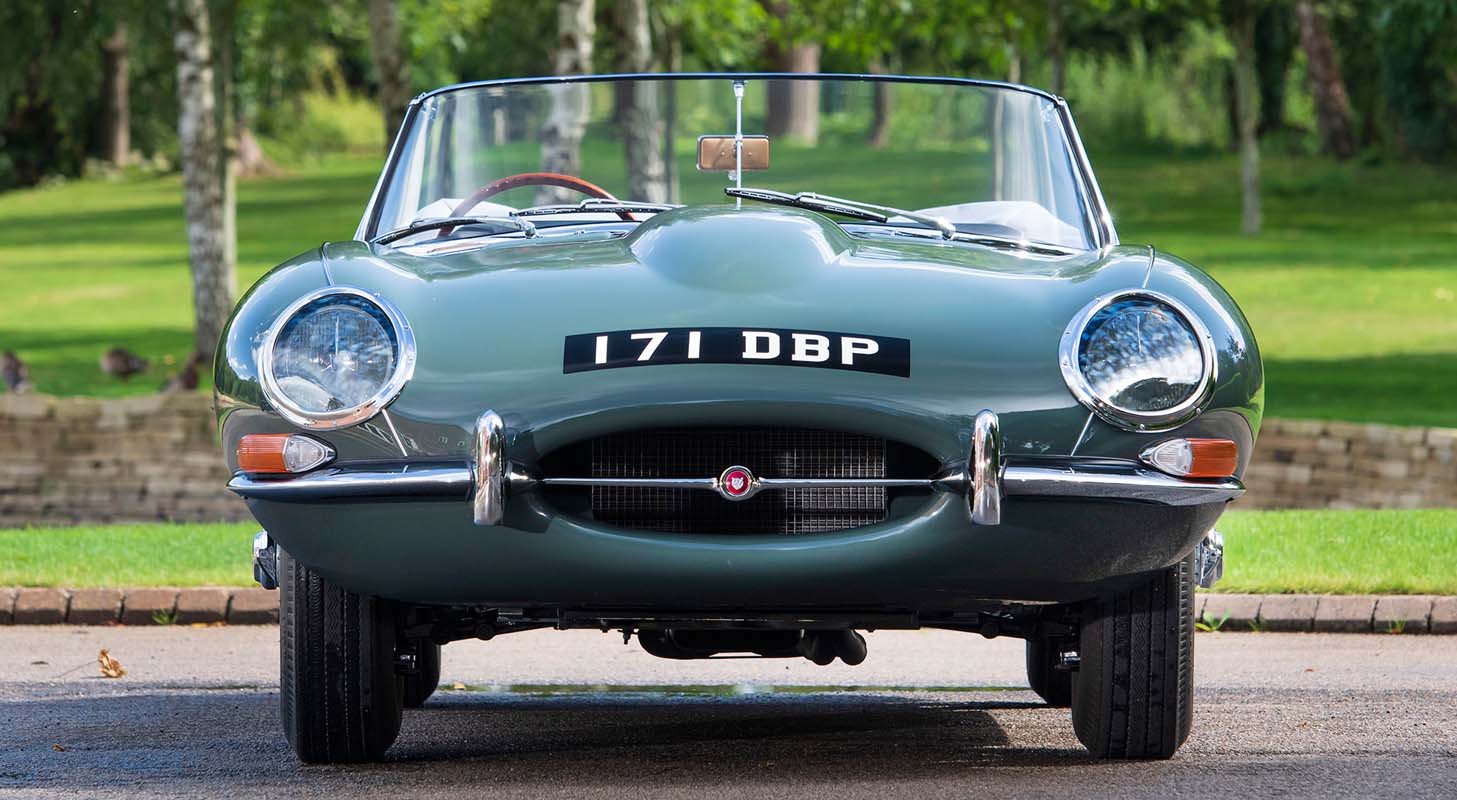 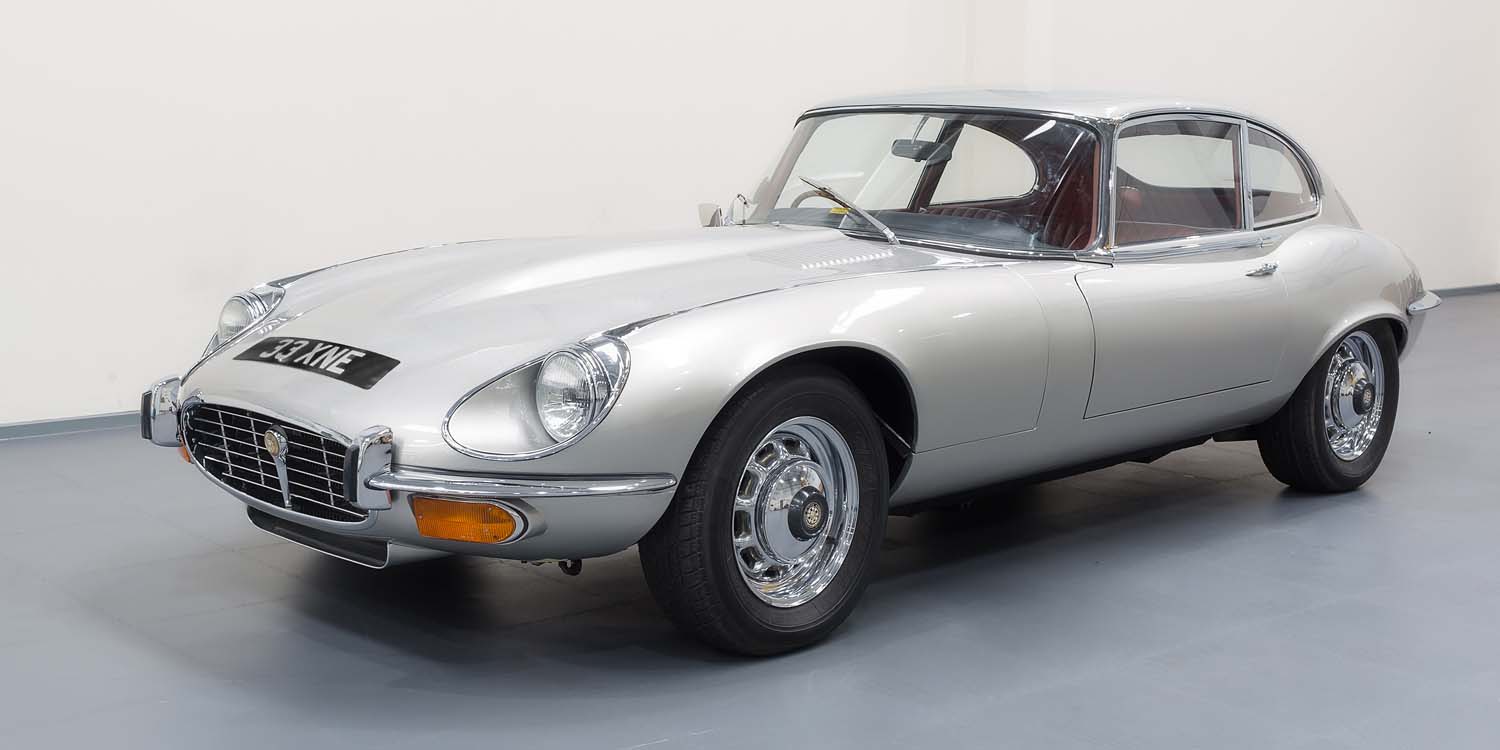 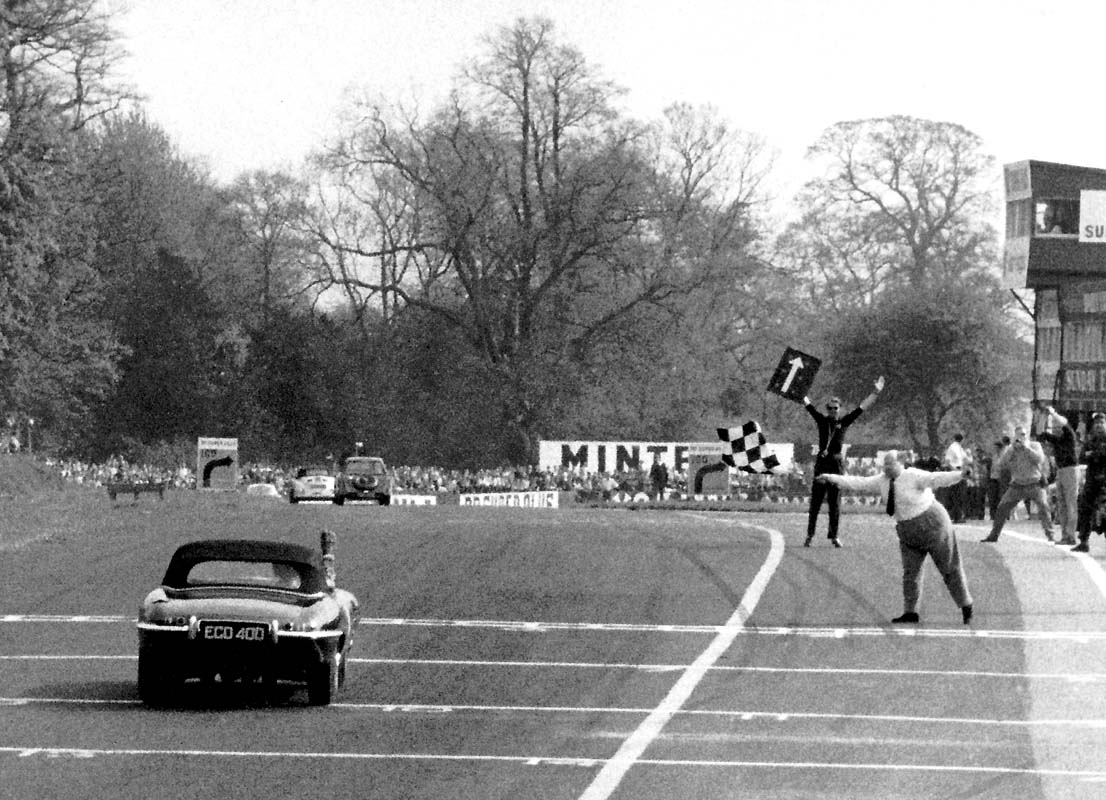 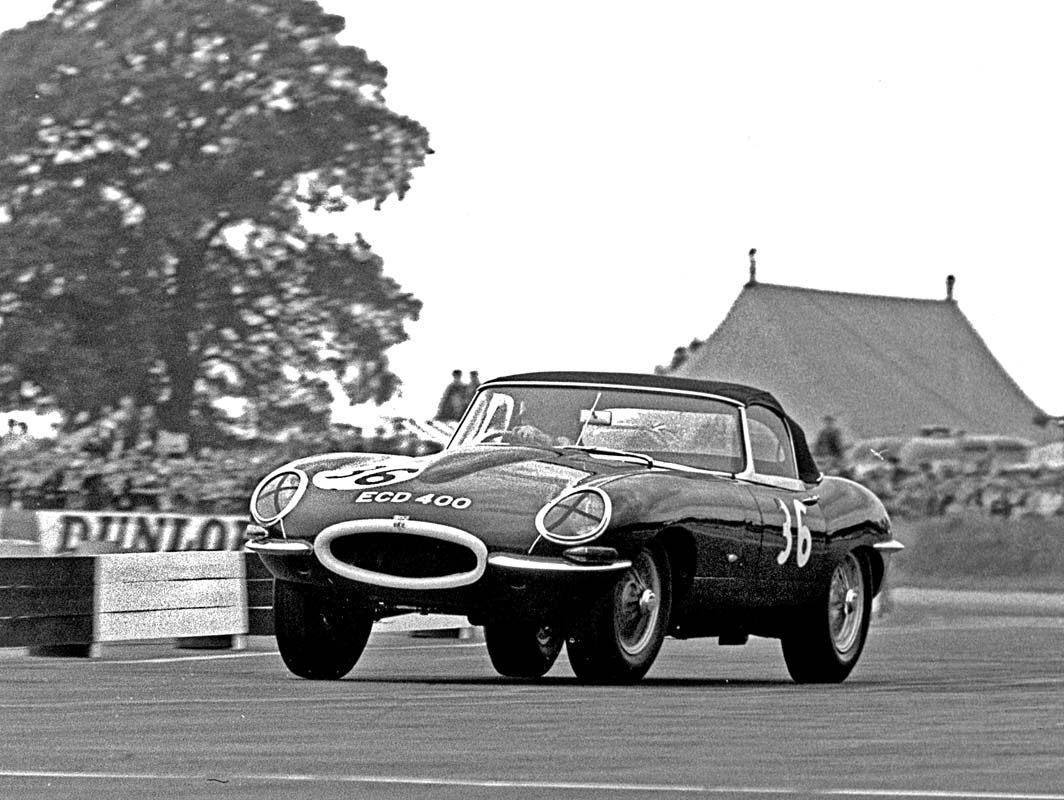 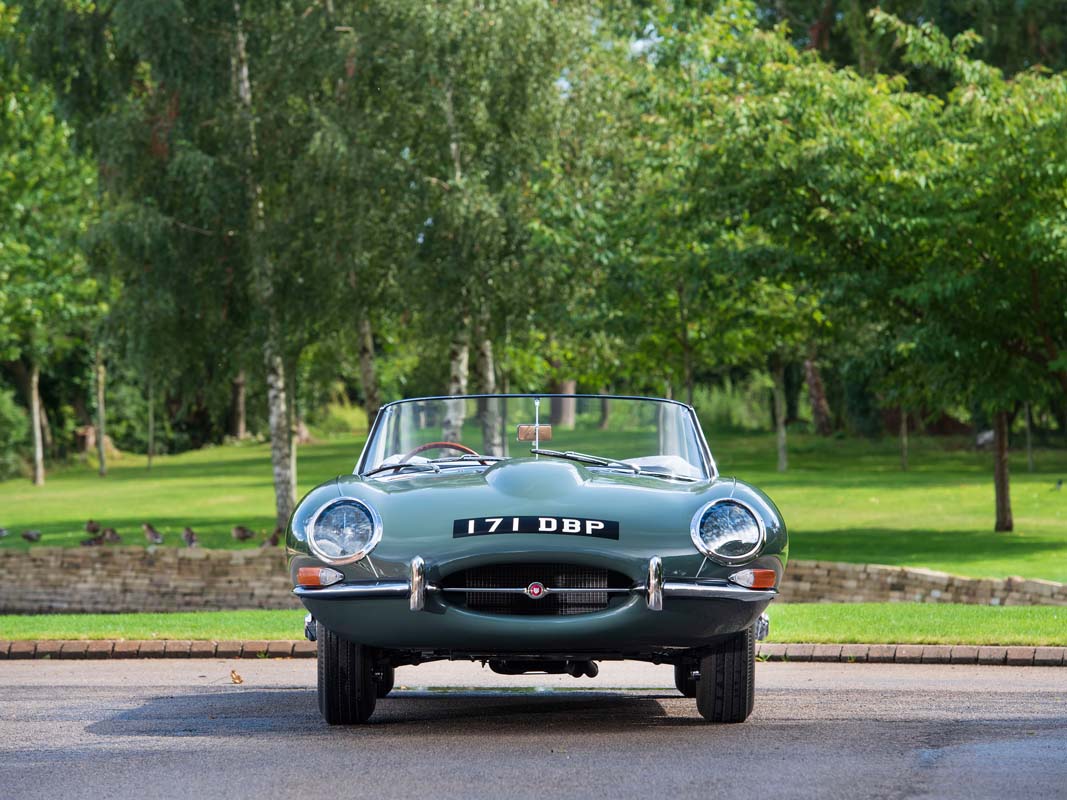 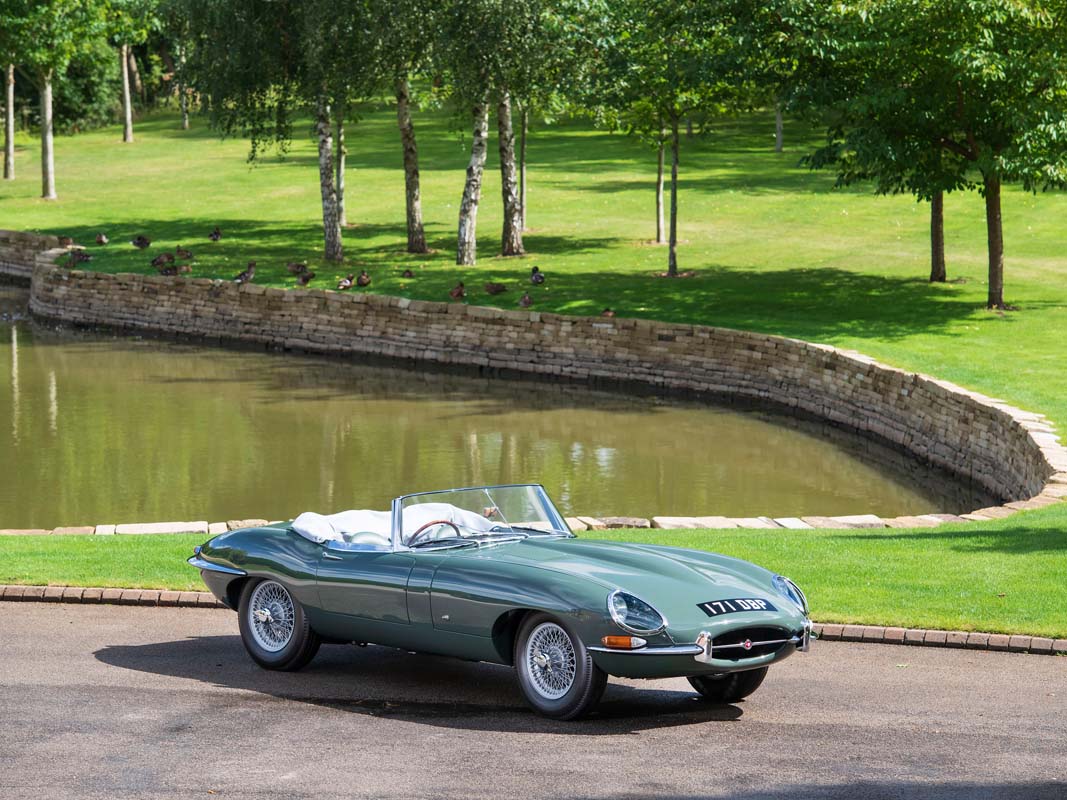 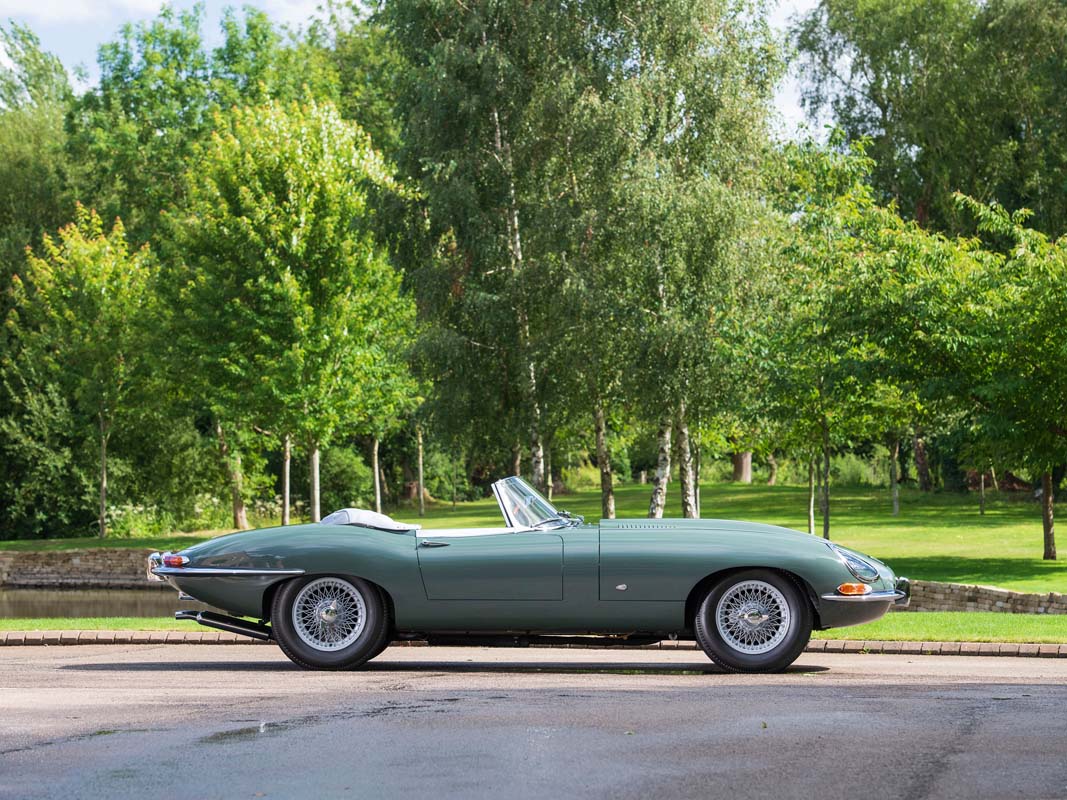 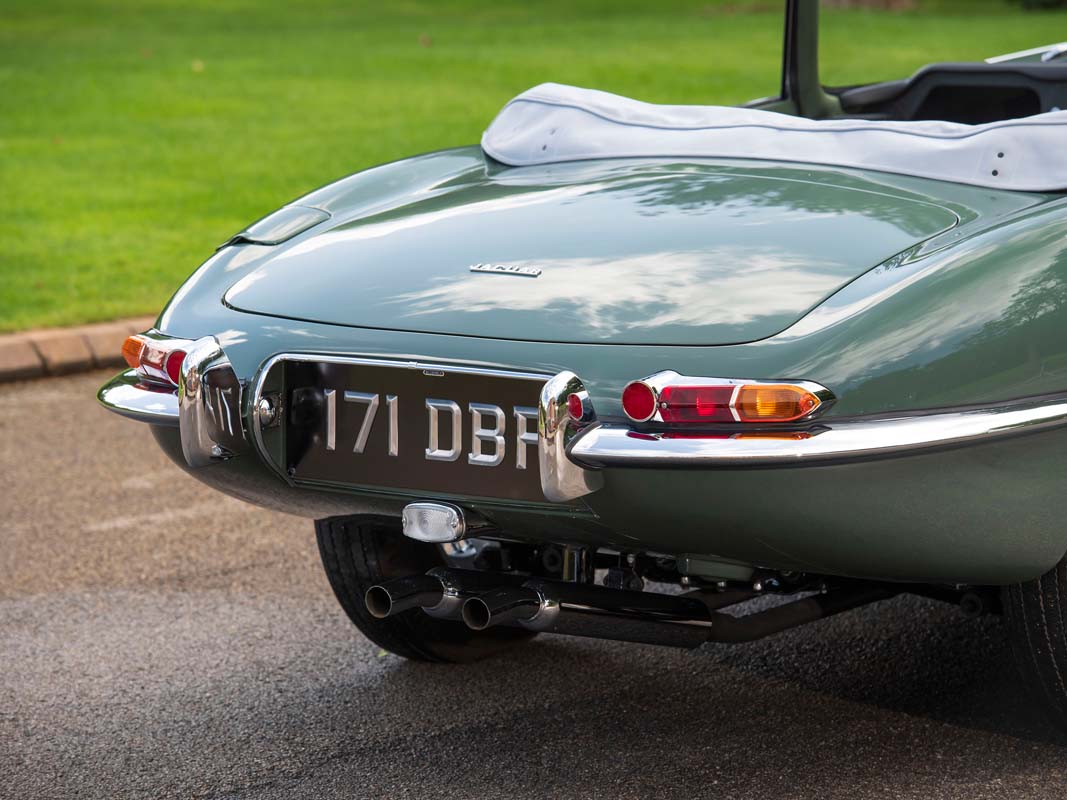