The Importance Of The Bugatti Chiron In The Automotive World 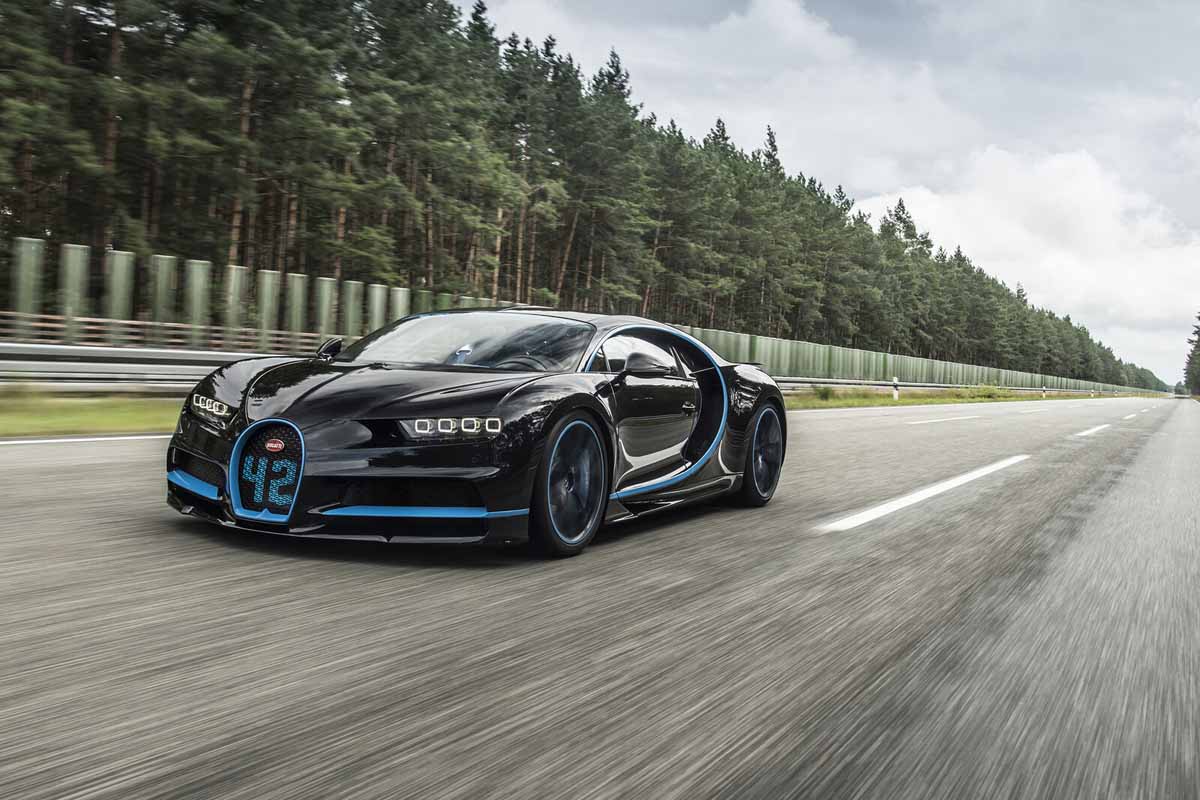 It seemed an impossible task. The Veyron 16.4 was already a car that redefined the limits of performance, luxury and everyday usability, but Bugatti engineers were challenged with making a practically perfect car even better. The result was the Chiron1; the first luxury hyper sports car with at least 1,500 PS. Since 2016, it has been hand built in Molsheim, Alsace, redefining the boundaries of the automotive world once again.

The Veyron, produced between 2005 and 2015, is still considered one of the most advanced vehicles in the world. It was the first production car to push the performance range beyond 1,000 PS and over 400 km/h, creating a new segment of vehicle in the process: the hyper sports car. When developing the Bugatti Chiron, there was one central demand placed on the engineers and designers: make the best even better in every respect.

“In-keeping with the company’s long tradition, the Chiron represents the best, most extraordinary vehicle in the world. In every respect, it must excel – not just fast, but beautifully designed, constructed from the finest materials, usable in all conditions and at all times, and comfortable during long journeys. This is what makes the hyper sports car truly unique,” explains Christophe Piochon, Chief Operating Officer of Bugatti Rimac and President of Bugatti Automobiles.

Such an extraordinary car must wear an extraordinary name. Chiron was inspired by famous racing driver, Louis Chiron, who raced for Bugatti between 1926 and 1933, winning many races and securing even more podiums. He was the Monegasque driver to win a Grand Prix in his hometown, and was renowned as the best racing driver in the world in this time. His legacy is a fitting one to attach to a car that simply has no equal.

At the heart of Chiron is an 8.0-liter W16 engine with four turbochargers – just as the Veyron had – but completely redesigned. Upon its release, the Chiron took the world by storm; its 1,500 PS, 1,600 Nm of torque and pioneering technical innovations had never been seen before in a production car. And neither had its performance.

The Chiron accelerates from 0 to 100 km/h in just 2.4 seconds, to 200 km/h in 6.1 seconds, and to 300 km/h in a mere 13.1 seconds. Its top speed is electronically limited, only at 420 km/h. With models such as the Chiron Super Sport2 – evolved from the first Chiron of 2016 – Bugatti has re-engineered and further optimized many drive components, bringing the power output to 1,600 PS – an increase of 100 PS. With a top speed of 440 km/h, the Chiron Super Sport is the fastest production sports car ever made.

Engineering such performance into the Chiron was no easy task. Air cooling had to be improved over the Veyron to allow more than 60,000 liters of air per minute to be pumped through the engine, while a bespoke coolant system was developed to circulate 800 liters of water through the entire system. If the three coolers for engine oil, transmission oil and rear axle differential oil are included, together with the two water/air heat exchangers and the hydraulic oil cooler, the cooling system of the Chiron has a total of 10 radiators and is the most sophisticated and highest performance cooling system installed on a performance car. Even the catalytic converters are a masterpiece of engineering, about six times the size of those on a regular car, and with a surface area that would cover more than 30 soccer fields. 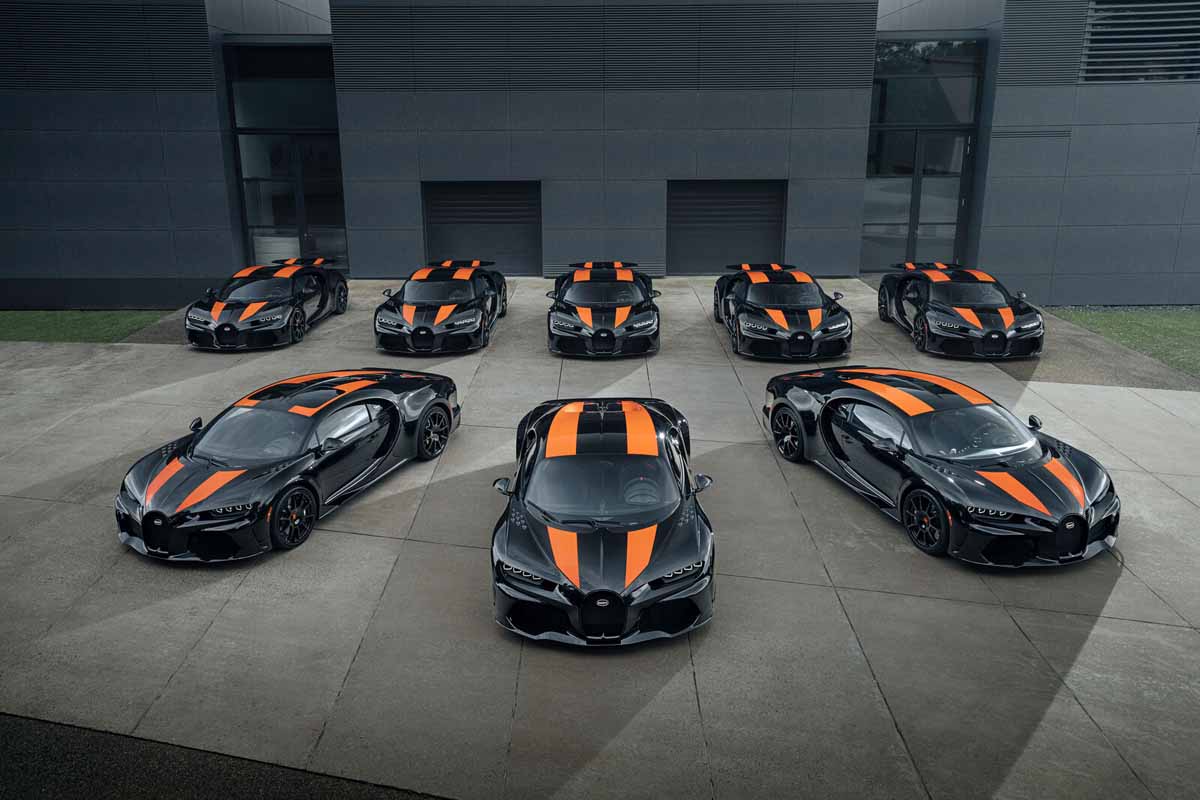 The overhauled chassis is based around a completely redeveloped carbon fiber monocoque, requiring 320sq/m of carbon fiber. If each of the fibers were laid end-to-end they would stretch to more than 2,200,000 miles, or roughly travelling to the moon and back four times. The chassis utilized Bugatti’s first adaptive technology to give greater control over the chassis adjustment, the electronically controlled shock absorbers and power assisted steering, the four-wheel-drive, the electronically controlled rear differential, the aerodynamic control system and the stability and brake control system.

Since 2016, Bugatti engineers and designers have developed further versions of Chiron with completely different personalities, covering the whole Bugatti spectrum of performance. The Chiron Pur Sport3 is hungry for corners, whereas the Chiron Super Sport boasts unrivalled longitudinal dynamics. “No two Chirons are the same, because each one is configured individually and produced by hand according to the customer’s wishes. This ensures that every car is indeed unique,” says Hendrik Malinowski, Managing Director of Sales and Marketing at Bugatti Automobiles.

Bugatti vehicles are the pinnacle of innovative power and technical finesse. It was this philosophy that saw Ettore Bugatti first develop wheels made of aluminum over 95 years ago. Alongside the unique engine, the Chiron comprises of impressive solutions concerning materials, components, and other fine details. High-strength stainless steels such as aircraft-grade stainless steel are used for the wishbones. High-strength threaded bolts made from titanium are used to connect the driver’s cab to the drive unit. The brake caliper pistons are made from titanium, too, and in Chiron Pur Sport lightweight magnesium wheels save 16kg of unsprung mass.

Since 2016, the Chiron has utilized the industry’s first series-produced metal 3D-pressure-functional component installed: a water-flow high-pressure pump console in the transmission oil reservoir. The Chiron Sport’s* 3D-printed titanium exhaust trim has around 4,200 layers of metal powder on top of each other and are fused tightly together. In Chiron Super Sport, designers and aerodynamicists developed a longtail to ensure that the air flowing over and under the vehicle remains attached to the bodywork as long as possible, thereby reducing air resistance. In parallel, newly developed air curtains at the front help to optimally guide the air around the corner. Furthermore, the Chiron is the first car ever to feature a fully hydraulically adjustable chassis – just like a jet. To enable the Chiron to brake safely from its top speed of over 400 km/h, the rear wing folds upwards and acts like a brake flap. Bugatti controls these active aerodynamics at the rear and front with a total of 18 hydraulic cylinders.

The Highest Standards of Quality and Comfort

Since the very first Chiron, every vehicle has met the highest standards of luxury, comfort, everyday drivability, and durability. Each vehicle, even from the most limited of runs, is carefully developed and subjected to extreme loads in order to ensure optimum safety, reliability and comfort in all environments. Only after a highly in-depth quality check are the vehicle components used in the hyper sports car. Each powertrain runs for eight hours on a performance test bench before being installed in the Chiron. The employees tighten at least 3,800 screws and check them several times, assembling more than 1,800 individual parts into a single, unified piece of engineering art.

Every car is subject to an extensive acceptance and quality process over numerous days before being delivered to the customer. In addition to checking all vehicle functions, Bugatti is meticulous when it comes to the material finish and the paintwork. It takes three weeks to apply the individual layers of paint to the car body. The exposed carbon, for which Bugatti is the market leader in terms of production quality, has six layers, while the top coat has up to eight. Between each step, the work is carefully examined, with each layer applied, sanded, and polished by hand.

It can take up to six months before a Bugatti hyper sports car reaches the open road. “The origins of the Bugatti brand lie in art and the innovative pursuit of technical excellence. This is unique in the automotive world. We are committed to this tradition and have brought it into the 21st century with the Chiron. Customers experience this in several dimensions during the drive,” says Mr. Piochon.

Bugatti has broken several world records with the Chiron. In August 2017, the Chiron went from 0 to 400 km/h and back to 0 again in 41.96 seconds – a record-setting time. In August 2019, Bugatti was the first manufacturer ever to smash the 300-miles-an-hour limit. At 304.773 mph (490.484 km/h), Bugatti set a new speed record. Never before had a series producer hit such speeds. This record remains until today.

All 500 planned Chiron vehicles have been sold, and Bugatti is looking to the future. The development of new projects is progressing every day. Just as Ettore Bugatti would have wanted, and who famously once said: “If it is comparable, it is no longer Bugatti.” 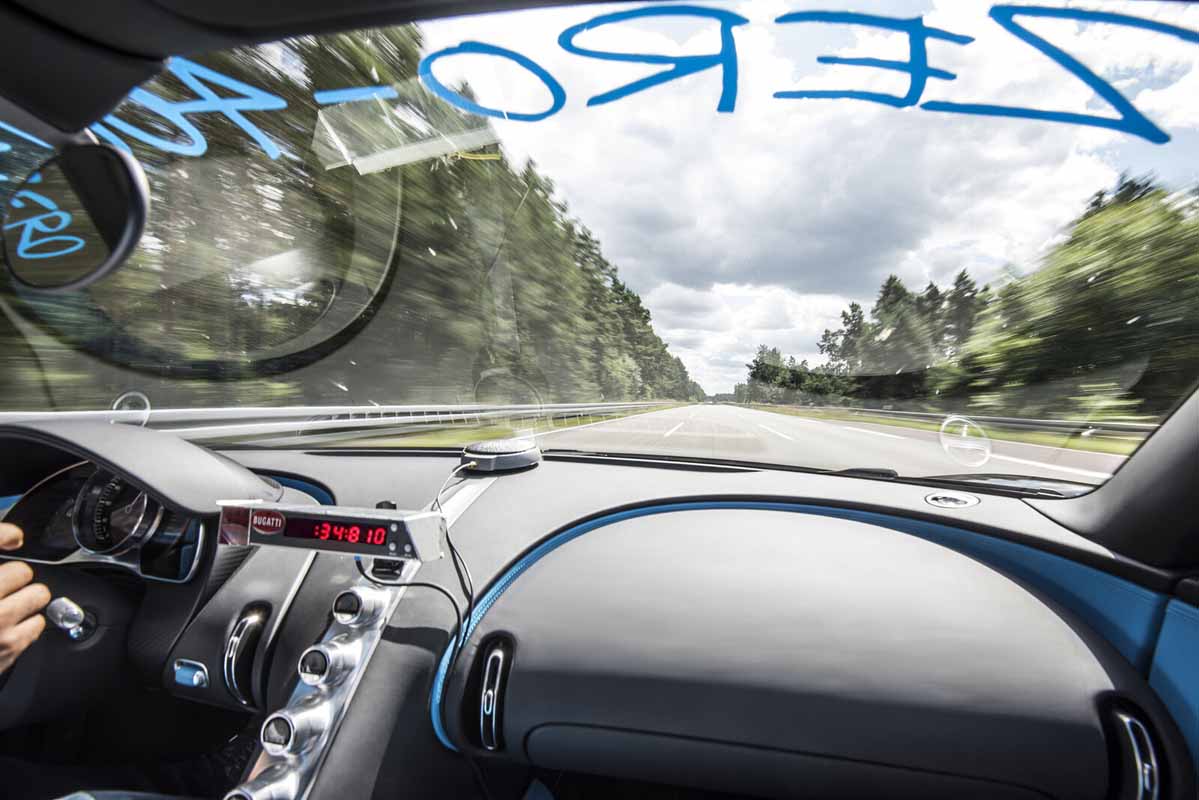 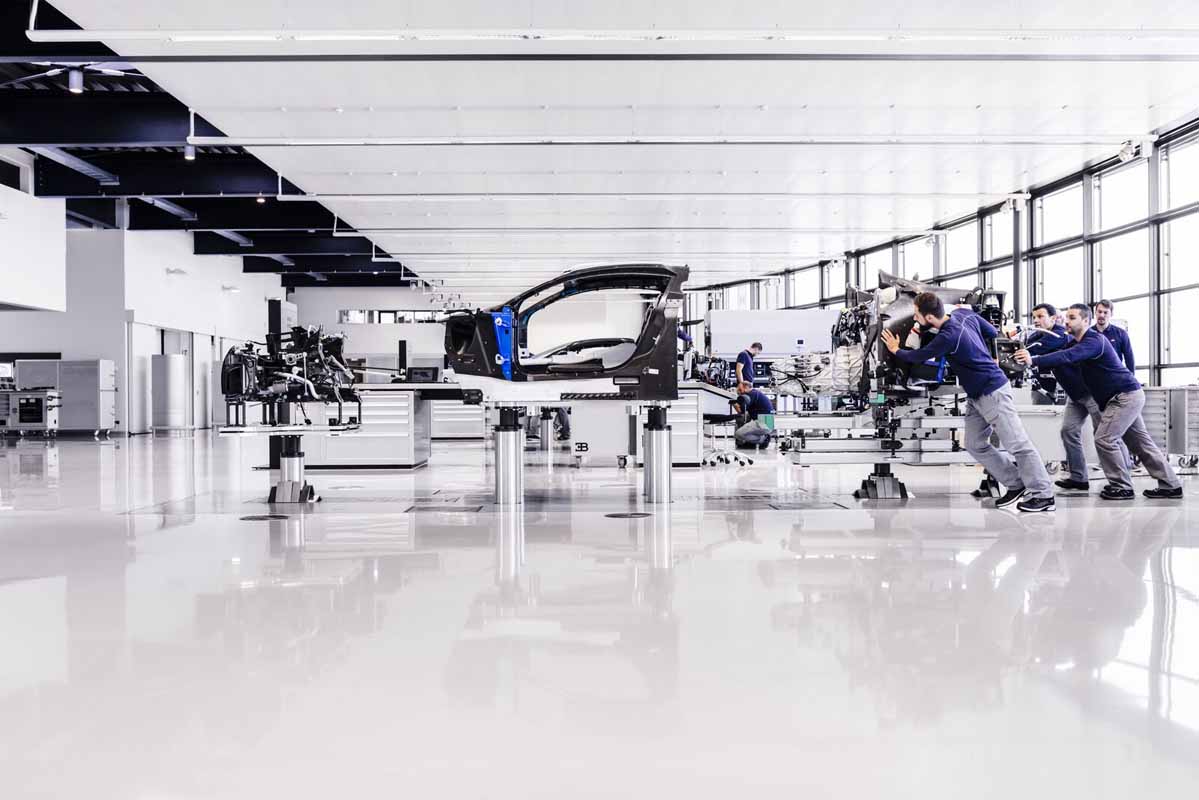 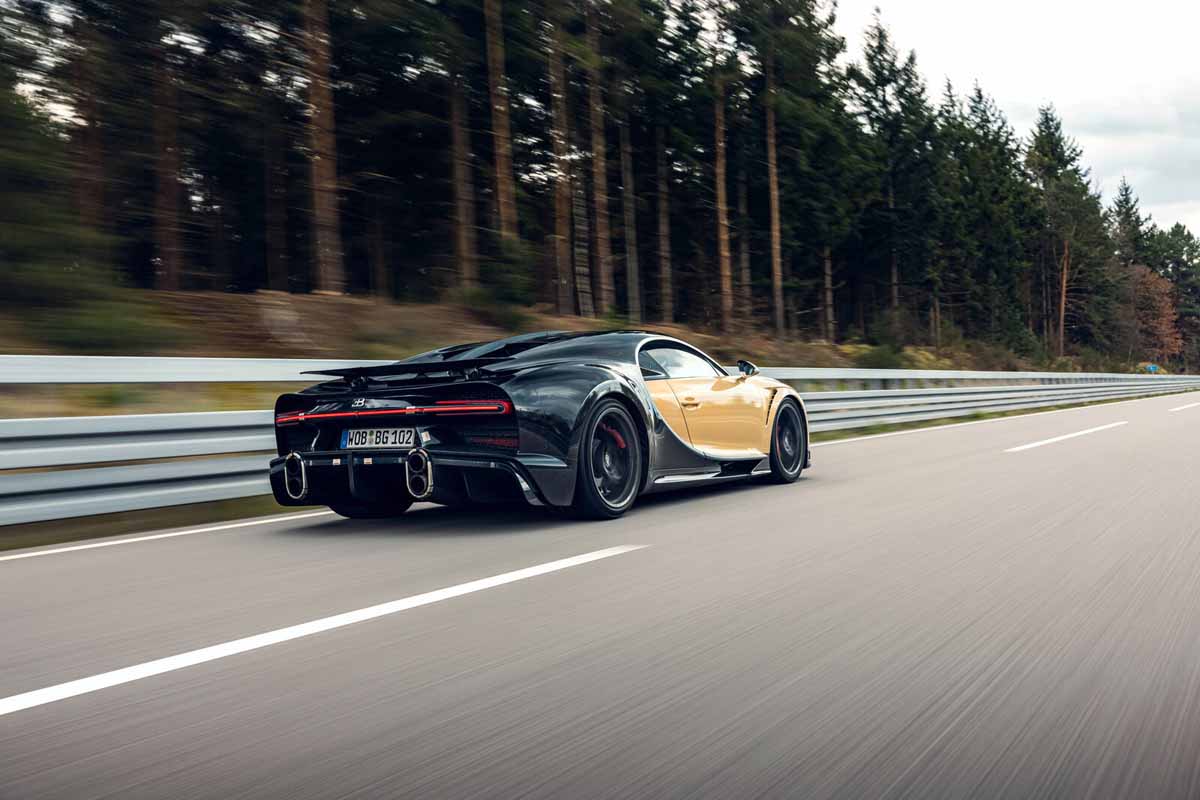 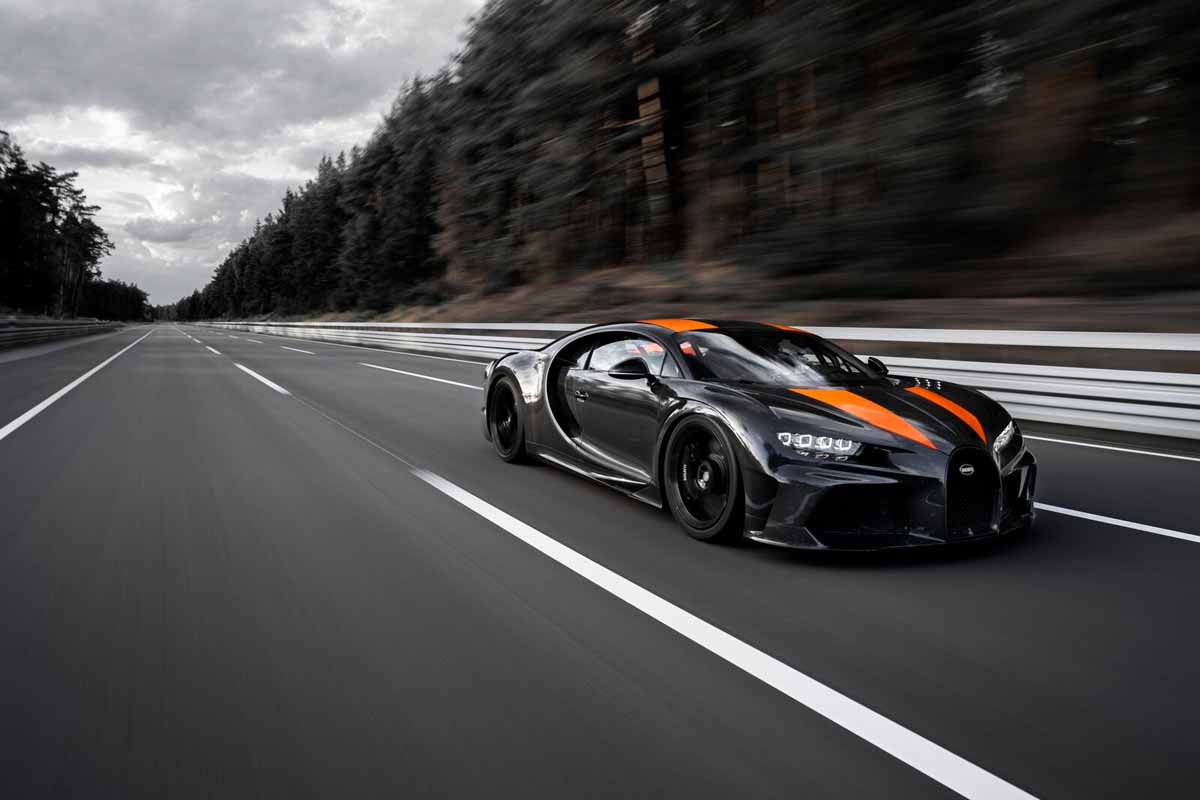 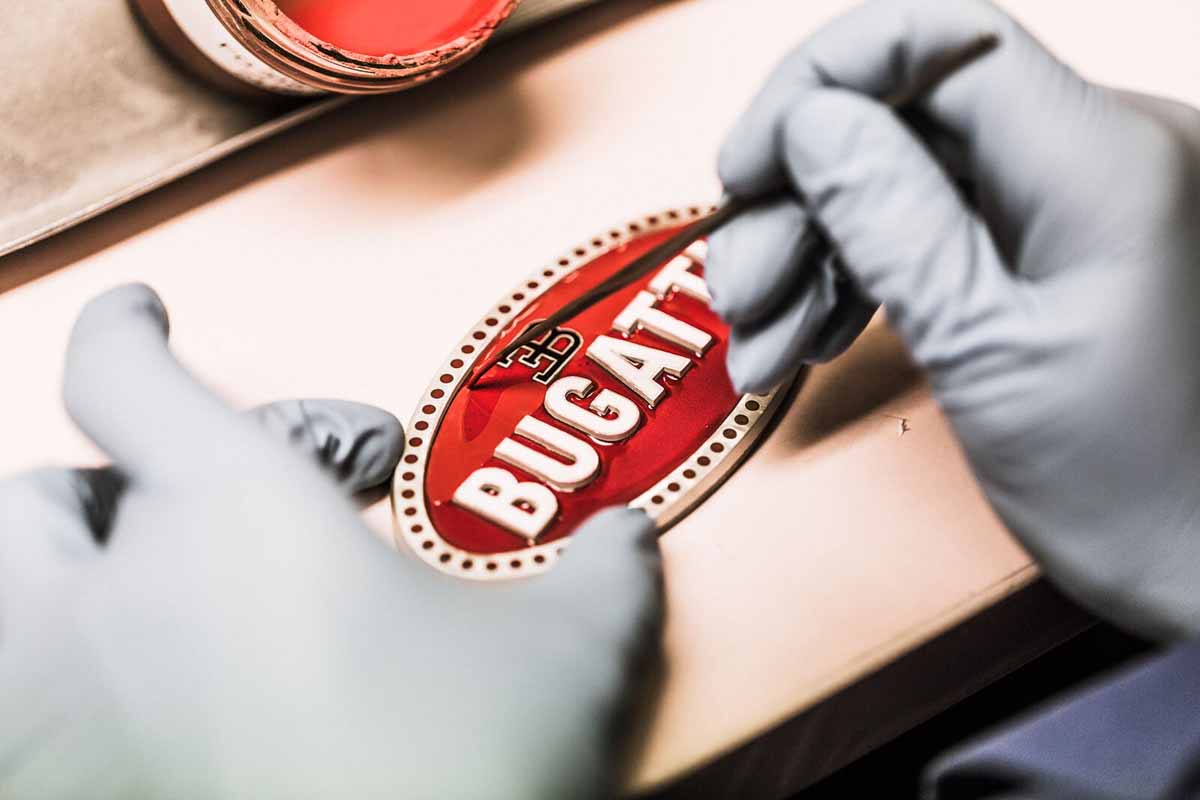 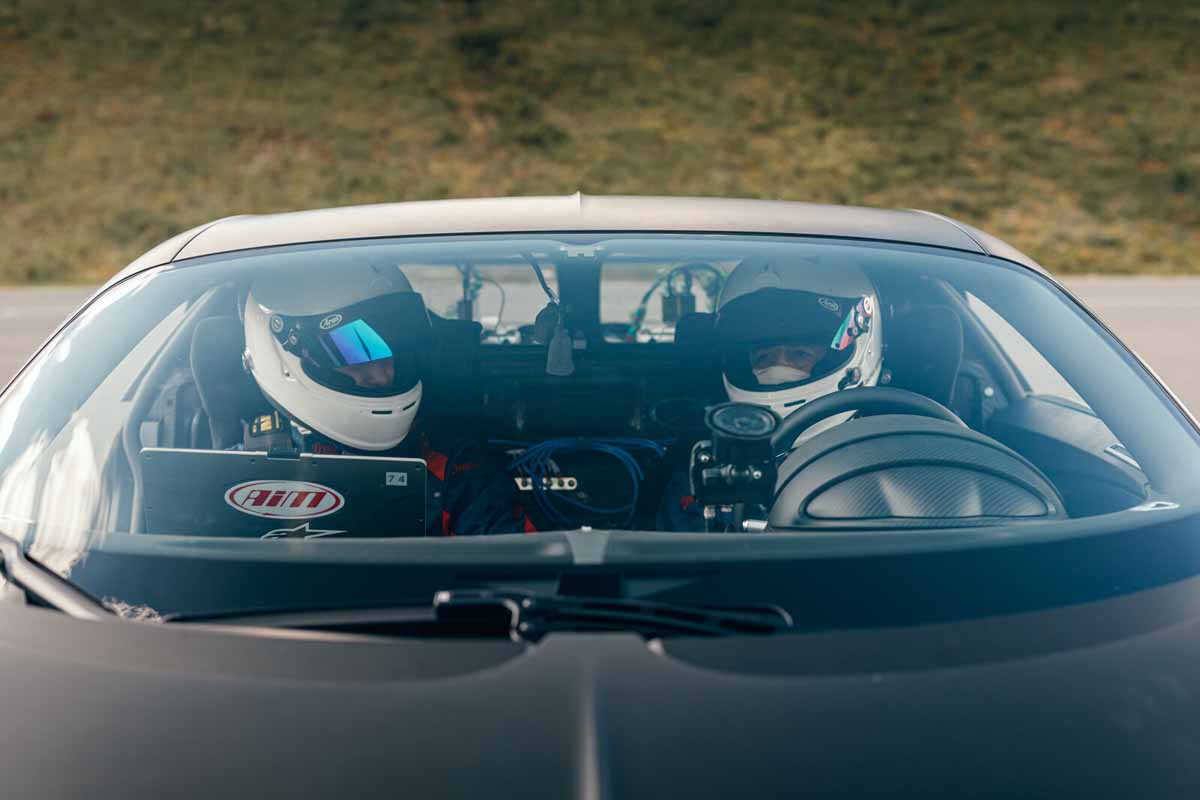 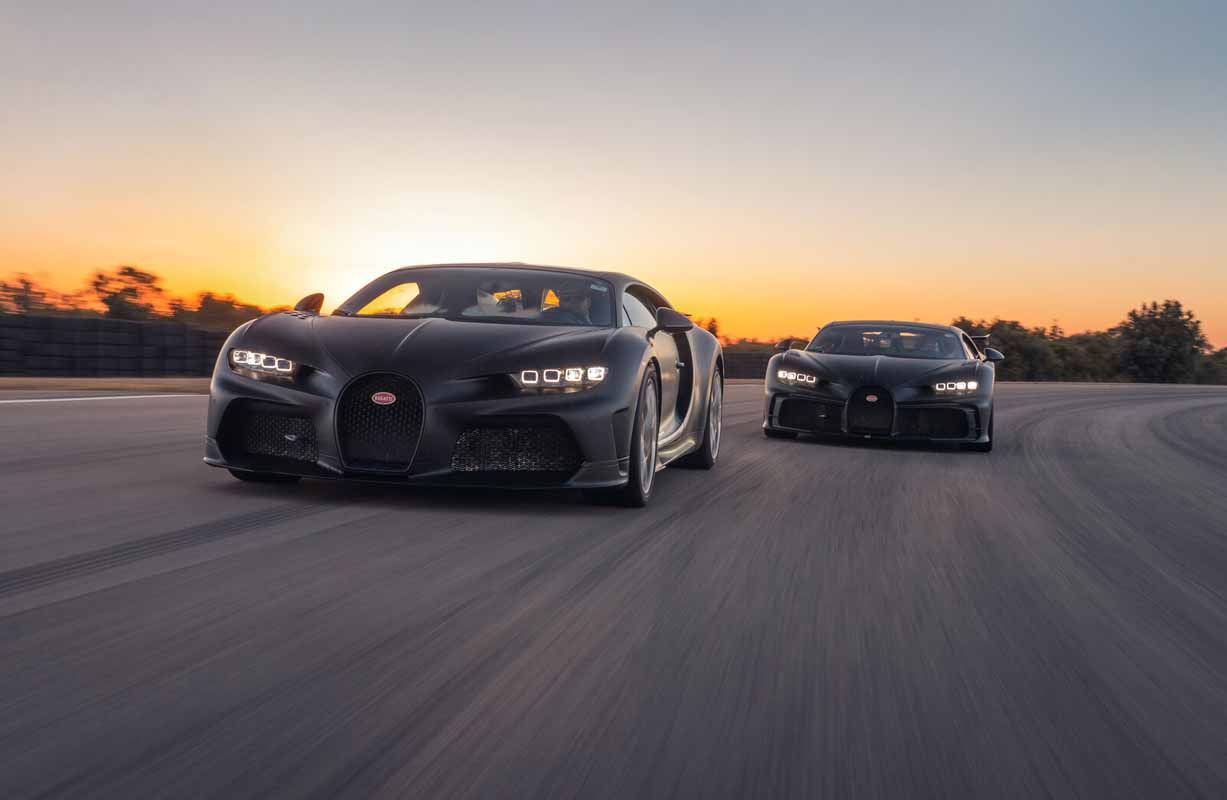 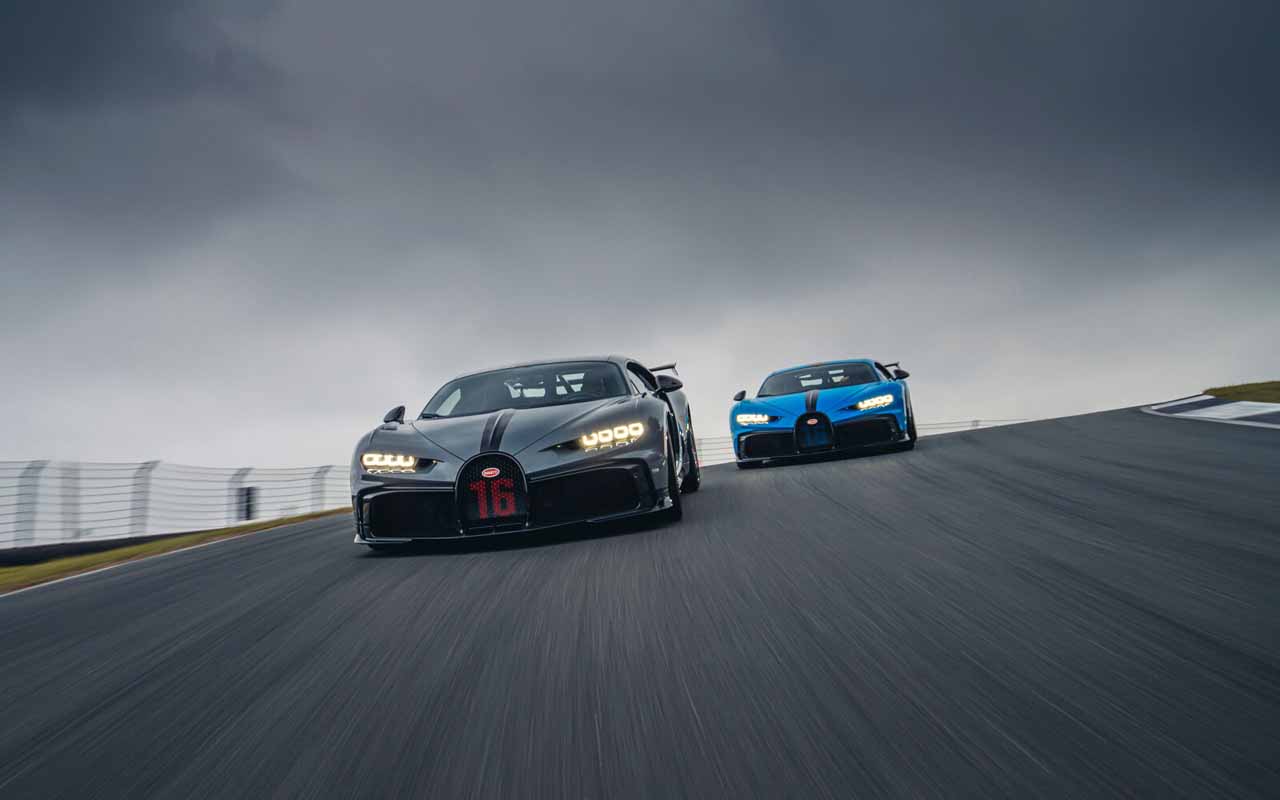 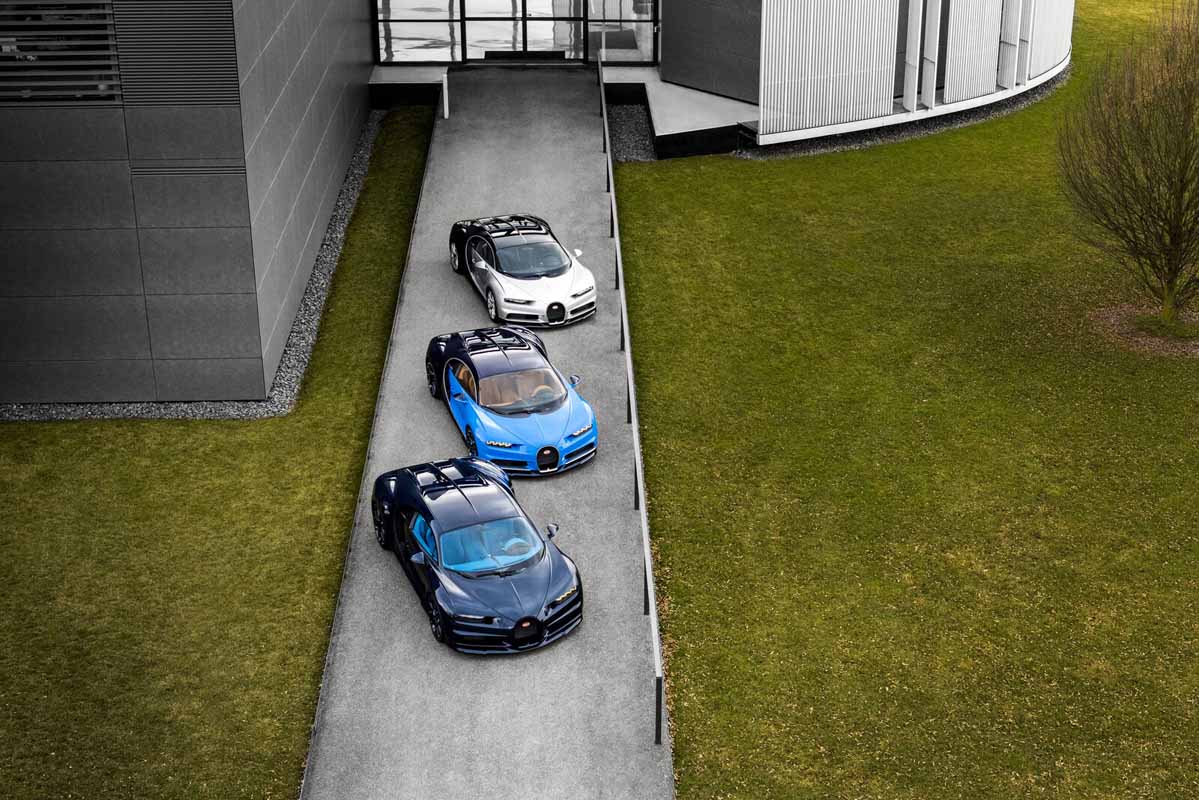 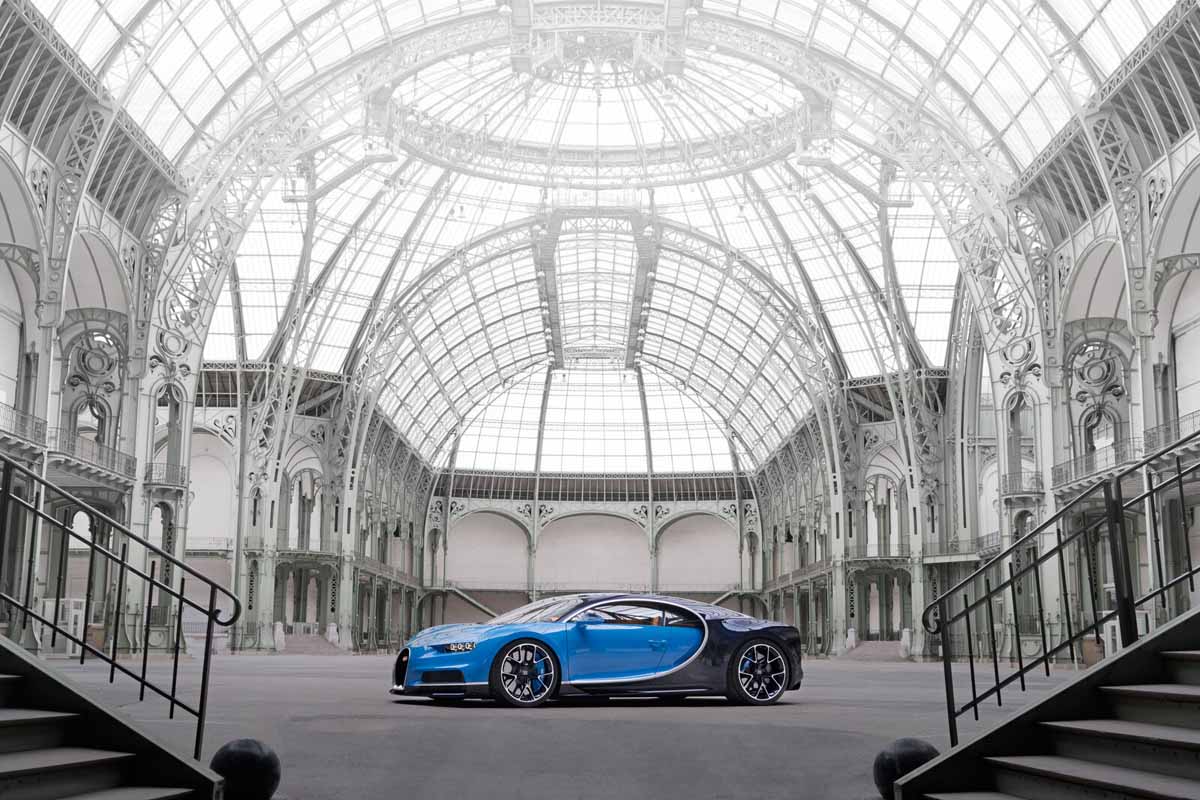 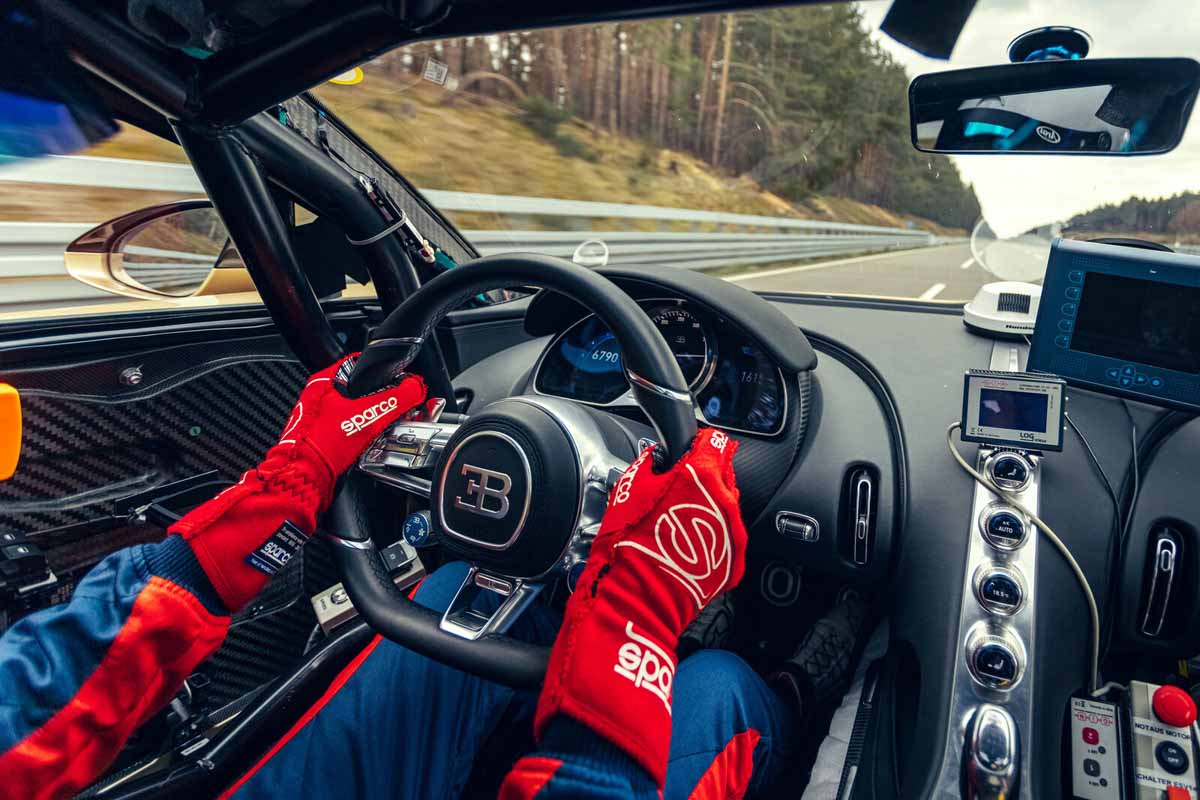 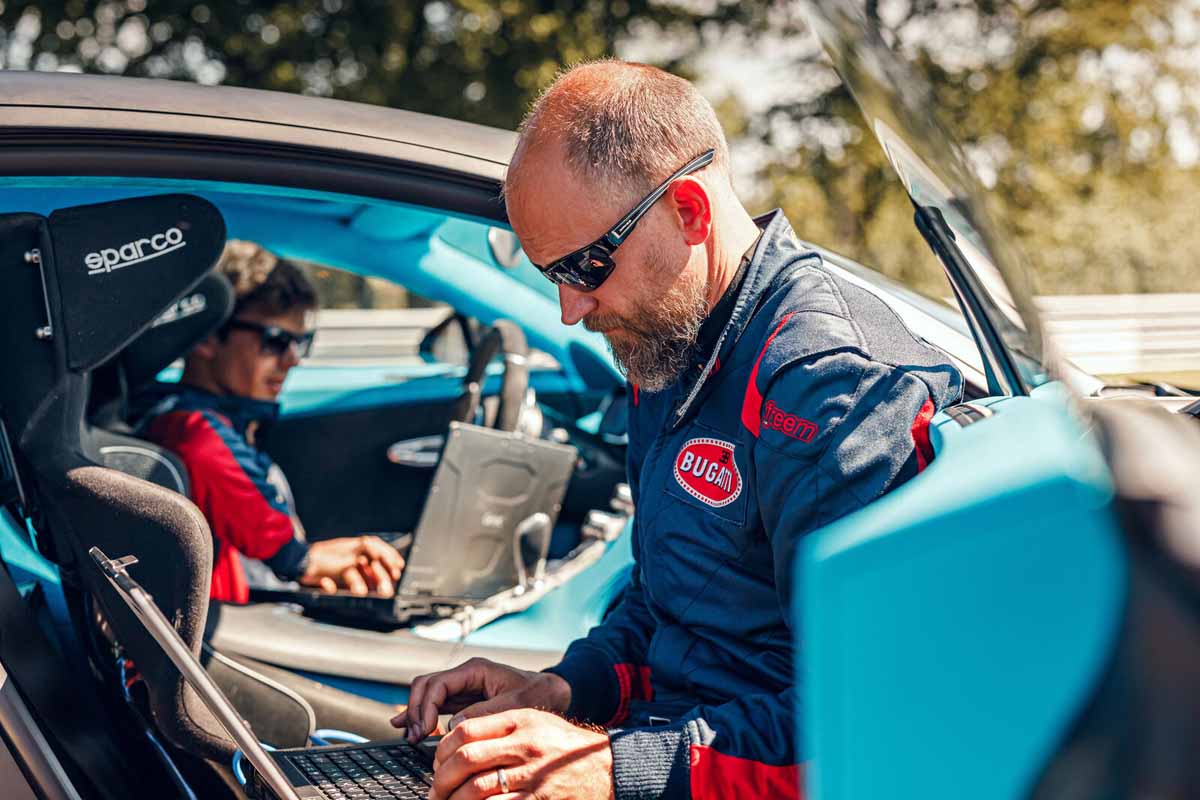 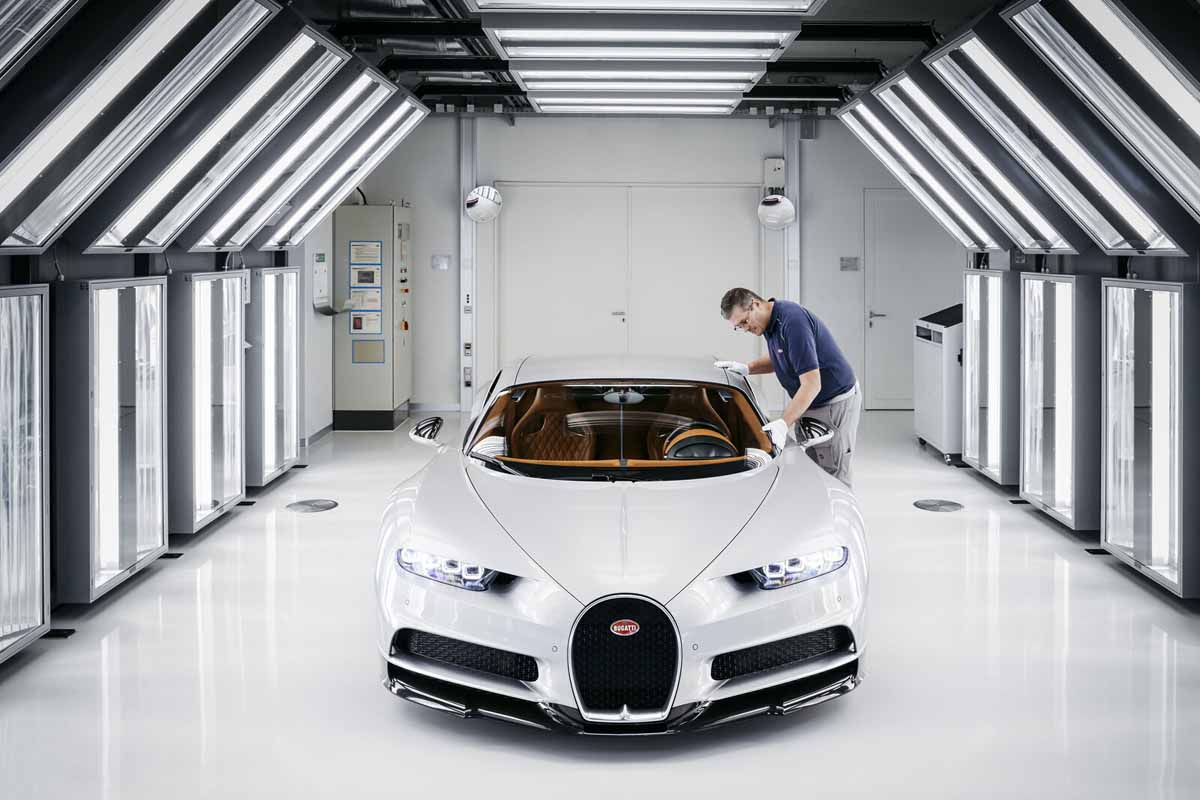 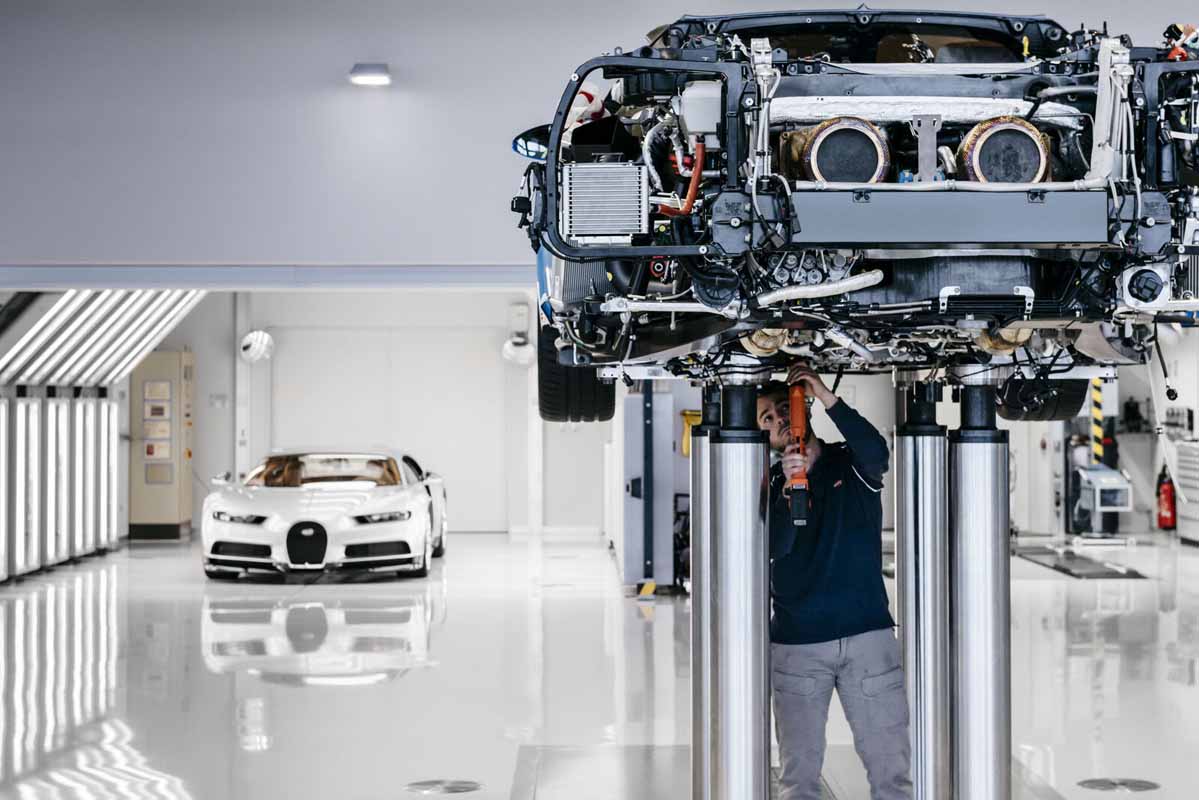