The Bugatti Roadster – Pure Driving Pleasure For Almost A Century 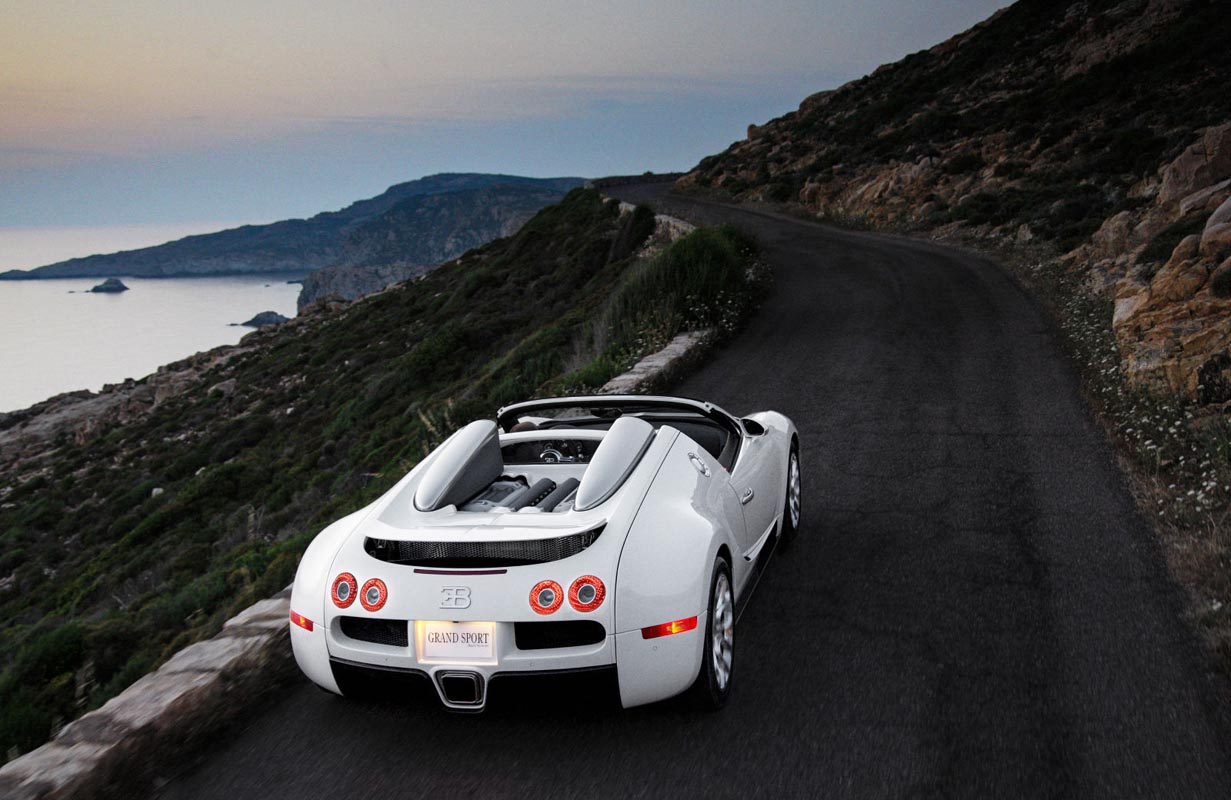 For over 110 years, Bugatti has been developing exceptional automobiles, including numerous one-of-a-kind roadsters, renowned for their unadulterated driving pleasure.

Fast, light, and open to the elements. The two-seat roadster has always offered one of the purest driving experiences imaginable. In the early days of Bugatti’s history, which now stretches back over 110 years, company founder Ettore Bugatti and his son, Jean, developed some of the most exhilarating and advanced roadsters in automotive history, spurred on by the enthusiasm of their clients.

Ettore and Jean always sought to combine innovative, powerful engines with sharp handling, exceptional design and the finest craftsmanship. The cars they produced were so beautifully engineered and carefully considered that they could comfortably transition between Le Mans 24 Hours-winning race cars, beautiful coupés and pure roadsters. From the mid-1920s to his death in 1939, Jean Bugatti in particular invented some of the most famous roadsters in automotive history, built in small numbers and with an absolute dedication to perfection.

“Bugatti roadsters are a fascinating type of automobile. In the past, Ettore and Jean Bugatti showcased the way that emotionality, design, and craftsmanship can be ened with a certain vehicle type,” states Christophe Piochon, President of Bugatti Automobiles. “When we immerse ourselves in the company’s long tradition, this is always an act of reflection and brings an increased awareness of the Bugatti DNA. Over the past decades, Bugatti has developed some of the most exceptional roadsters.” 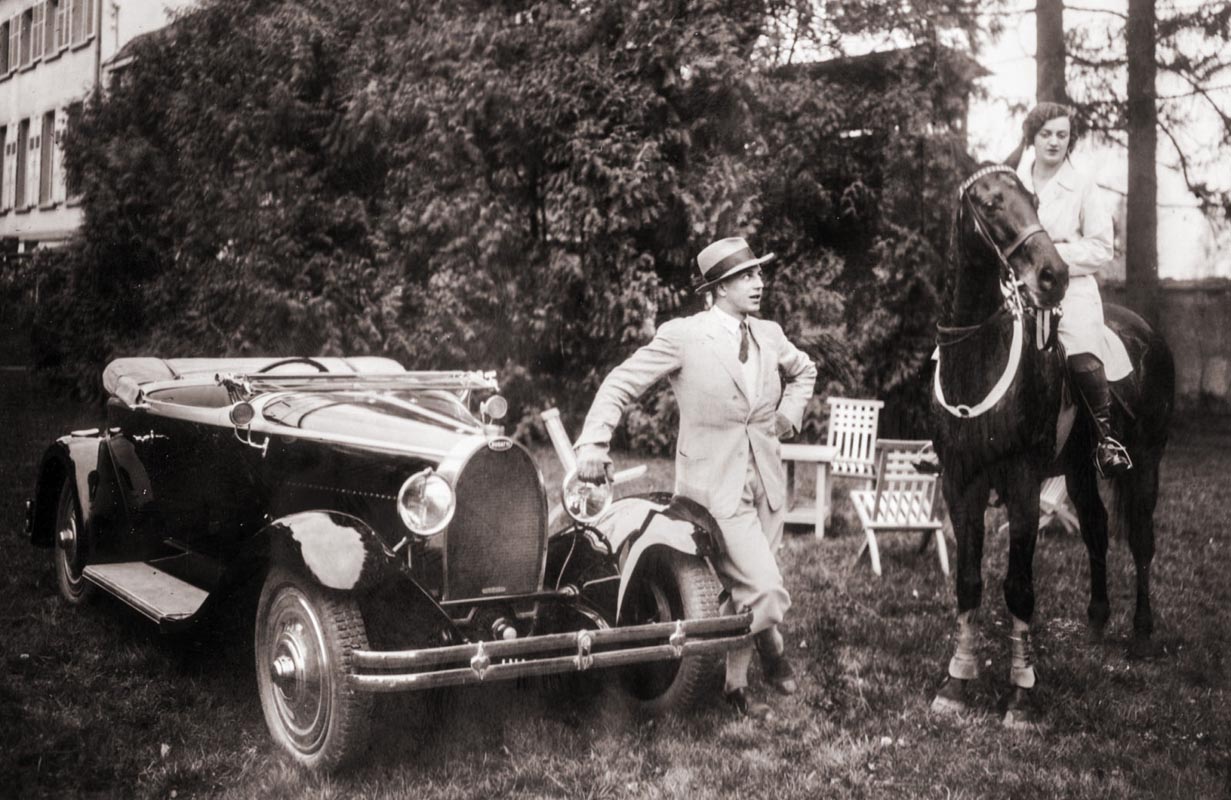 Bugatti expanded its Type 40 portfolio from 1930 onwards with the Type 40 A. Based on a long chassis, it was powered by a 1.6-liter, four-cylinder engine with 50 HP, capable of propelling the 850 kg car to 130 km/h. Yet it isn’t the top speed that counts, but the journey towards it: with its high-revving engine, agile suspension, and open passenger compartment, tours in the Type 40 A were unlike any other model on the road. Between 40 and 50 vehicles were produced, most of them with roadster bodywork. 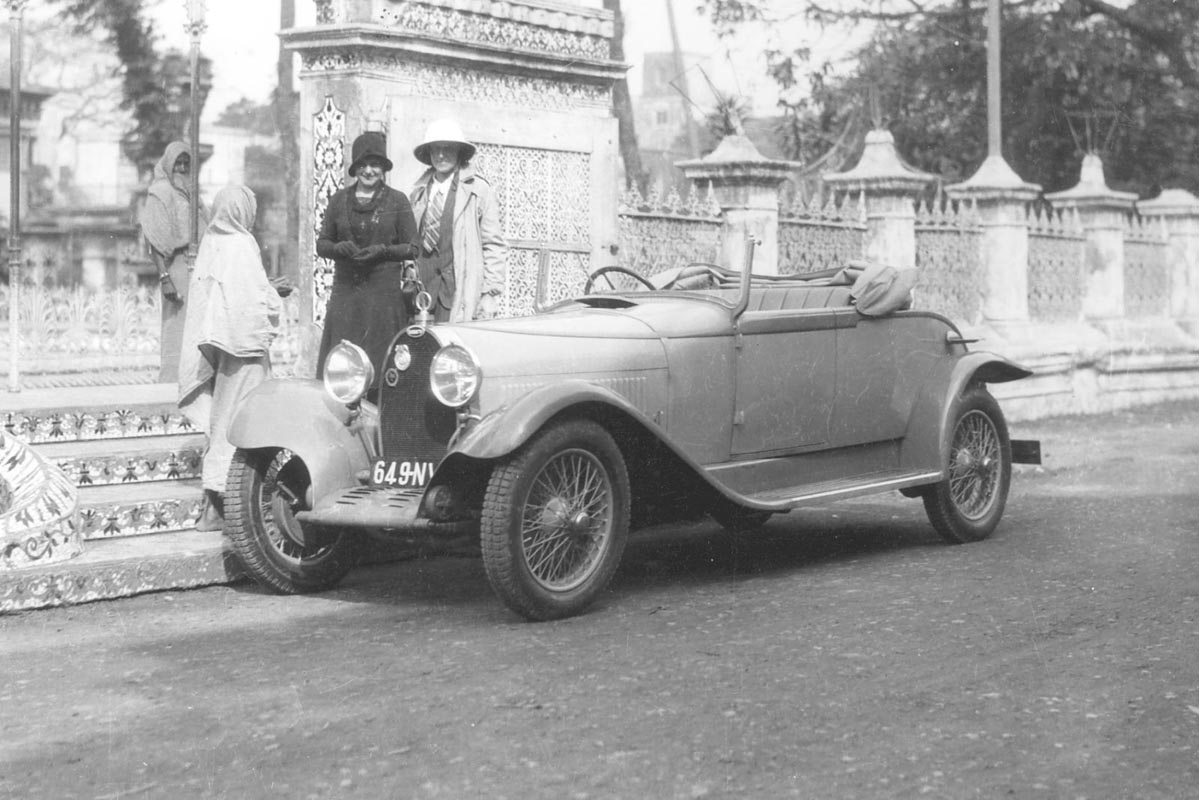 Between 1927 and 1930, Bugatti produced a small number of the light Type 44 model. With the rare roadster bodywork, Bugatti dispensed with doors for this two-seater – the passengers simply climb into the interior. The Type 44 features a smooth, high-torque 3.0-liter, eight-cylinder engine with around 80 HP, which accelerates the roadster up to 145 km/h. Bugatti sold over 1,000 of the Type 44 model, but models equipped with roadster bodywork were incredibly rare. 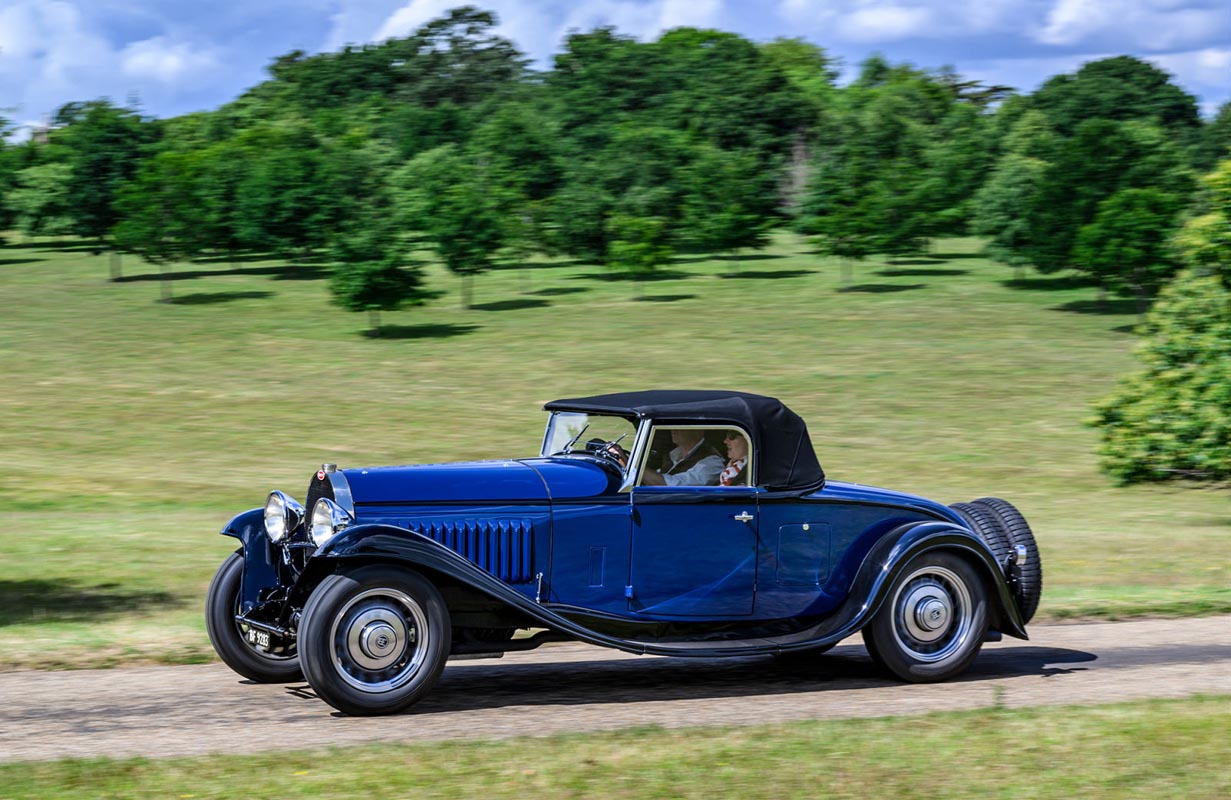 As the direct successor to the Type 44, the Type 49 was launched in 1930. Customers loved its easily manageable and agile handling. A 3.2-liter, eight-cylinder engine with around 90 HP provides plenty of performance, including a top speed of up to 145 km/h for the two-seater roadster. Bugatti paid particular attention to elegant lines with flowing forms when designing the Type 49, and it remains one of the most elegant two-seaters built at Molsheim. 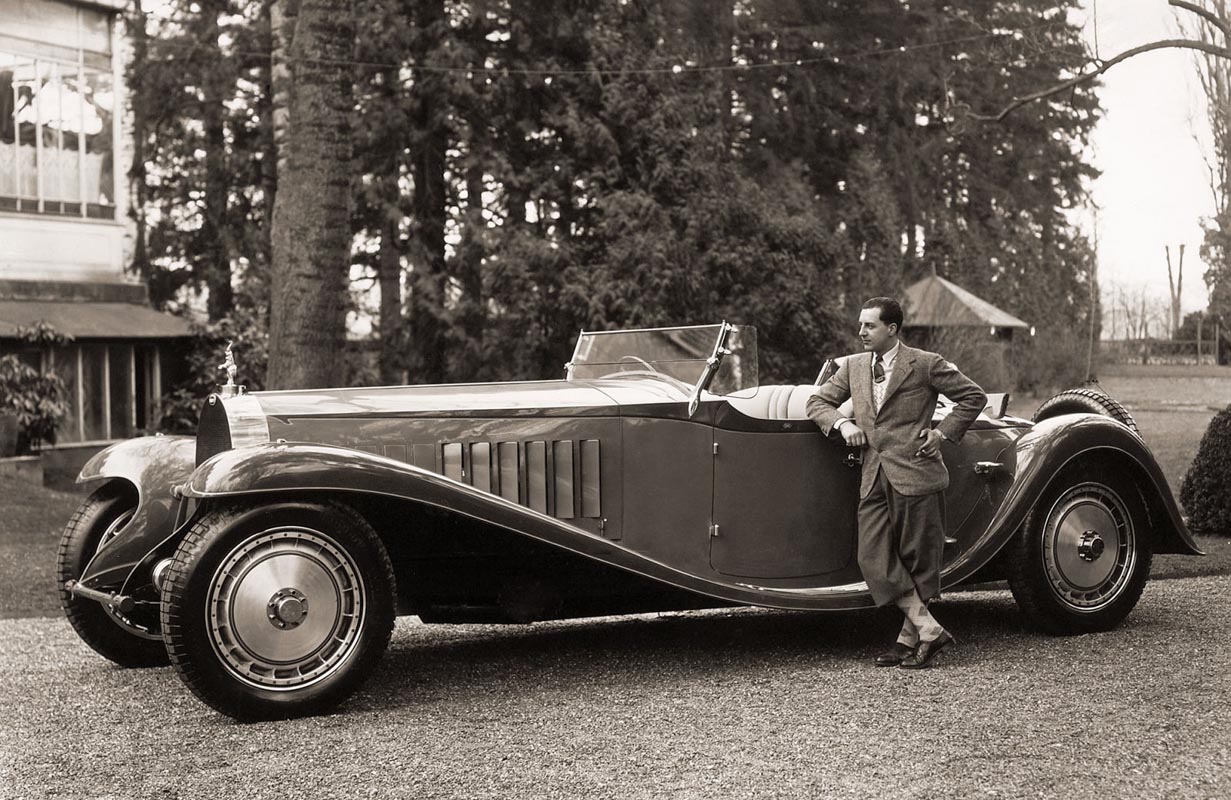 No other vehicle in the early Bugatti era exuded as much elegance, luxury, quality, performance, and grandeur as the Type 41 Royale. Only six of these vehicles were produced by hand between 1926 and 1933 – each with customized bodywork. With a wheelbase of 4.3 meters and a length of over 6 meters, the Royale is the biggest, grandest, and most powerful car that had ever been built in Molsheim at the time. Under the extremely long bonnet sits a 12.8-liter, eight-cylinder engine with around 300 PS – the prototype even had 14 liters of displacement. The industrial magnate Armand Esders commissioned Jean Bugatti to design an elegant roadster, the Roadster Esders. As Armand Esders wished to drive his car exclusively during the daytime, Jean Bugatti dispensed with both headlights on the roadster – thereby making it even more elegant and giving it perfect lines. After two years, however, the roadster bodywork was replaced with that of a coupé de ville. A recreation version today forms part of the collection at the Musée National de l’Automobile – Collection Schlumpf in Mulhouse, France. 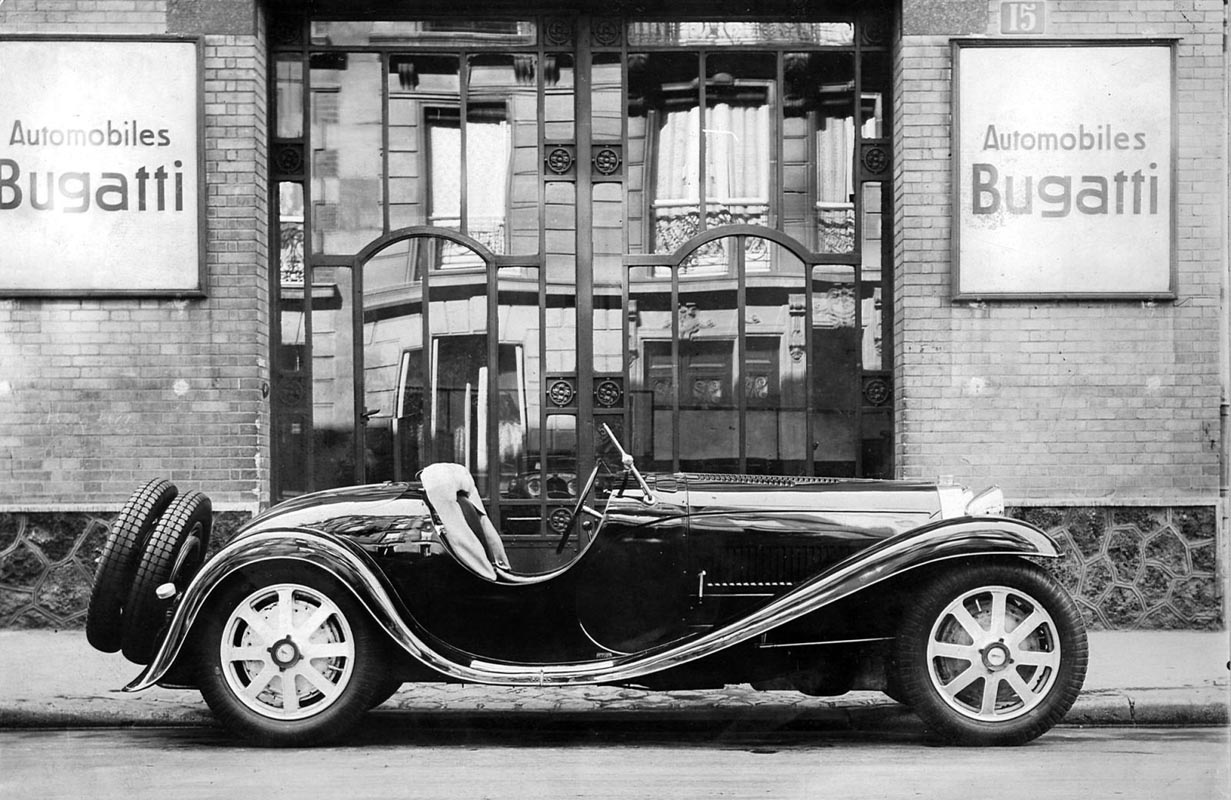 This technical evolution of the Type 43 transferred much of Bugatti’s motorsport knowhow into its design – the 2.3-liter, eight-cylinder engine with compressor comes from the Type 51 racer. This super-sports engine produces up to 160hp, giving it otherworldly performance compared with its near-century-old competitors. For the suspension, Bugatti used the tried-and-tested setup of the Type 54 race car. Thanks to its great power and low center of gravity, the 950-kilo roadster offers highly sporty handling with outstanding roadholding. The Type 55 Roadster can reach up to 180 km/h. In total, only 38 of the Type 55 were produced as coupés and roadsters. 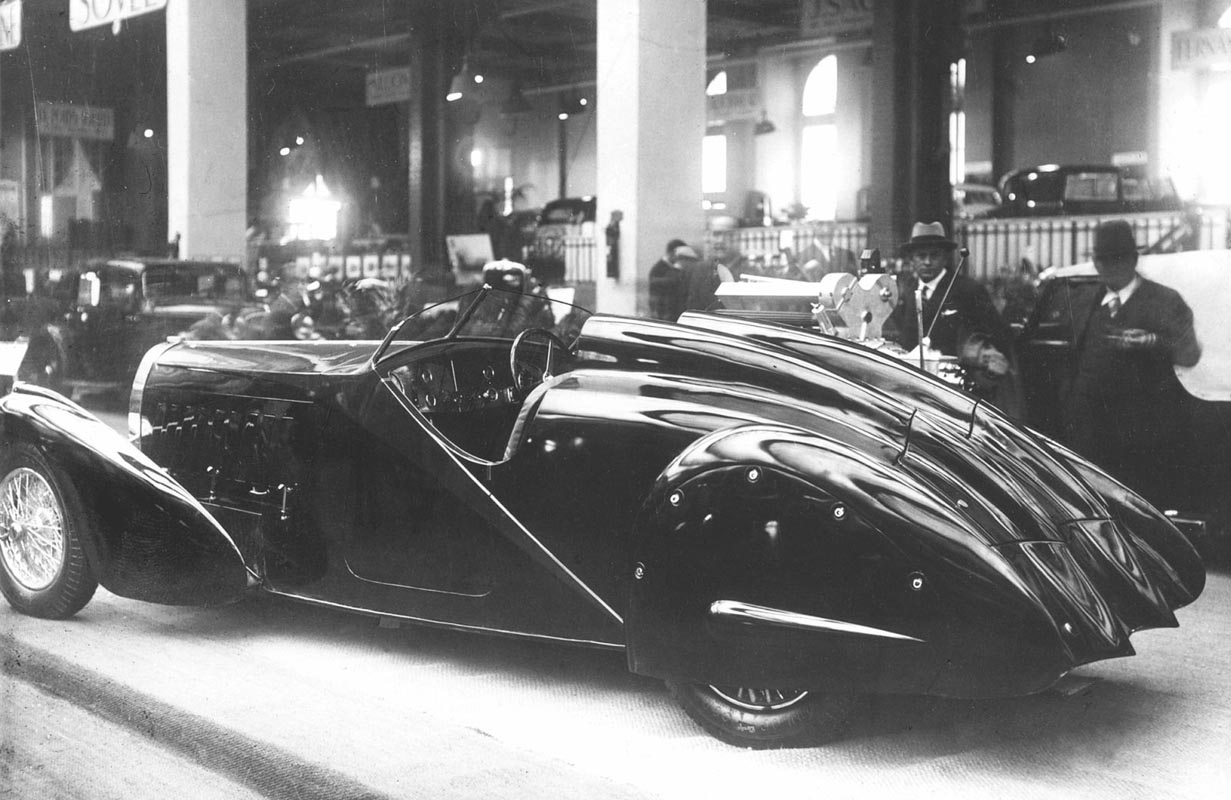 Jean Bugatti constructed the speedy and sporty luxury-class Type 57 from 1933 onwards. From the outset, his plans included different bodywork types for his customers. The very first Type 57 model was powered by a 3.3-liter, eight-cylinder engine with 135 HP; later models ran at over 200 HP. The young Jean Bugatti also facilitated custom-builds by third-party bodywork manufacturers, and the Roadster Grand Raid Gangloff from 1934 is one such example. This two-seater is defined by the flowing forms of the engine hood, the bulges behind the seat, a two-part windscreen, and organically curved fenders. Bugatti built the Type 57 between 1934 and 1940. Around 740 vehicles were produced, including all coupés, convertibles, roadsters, and race cars. The Type 57 Roadster Grand Raid Gangloff remains totally unique. 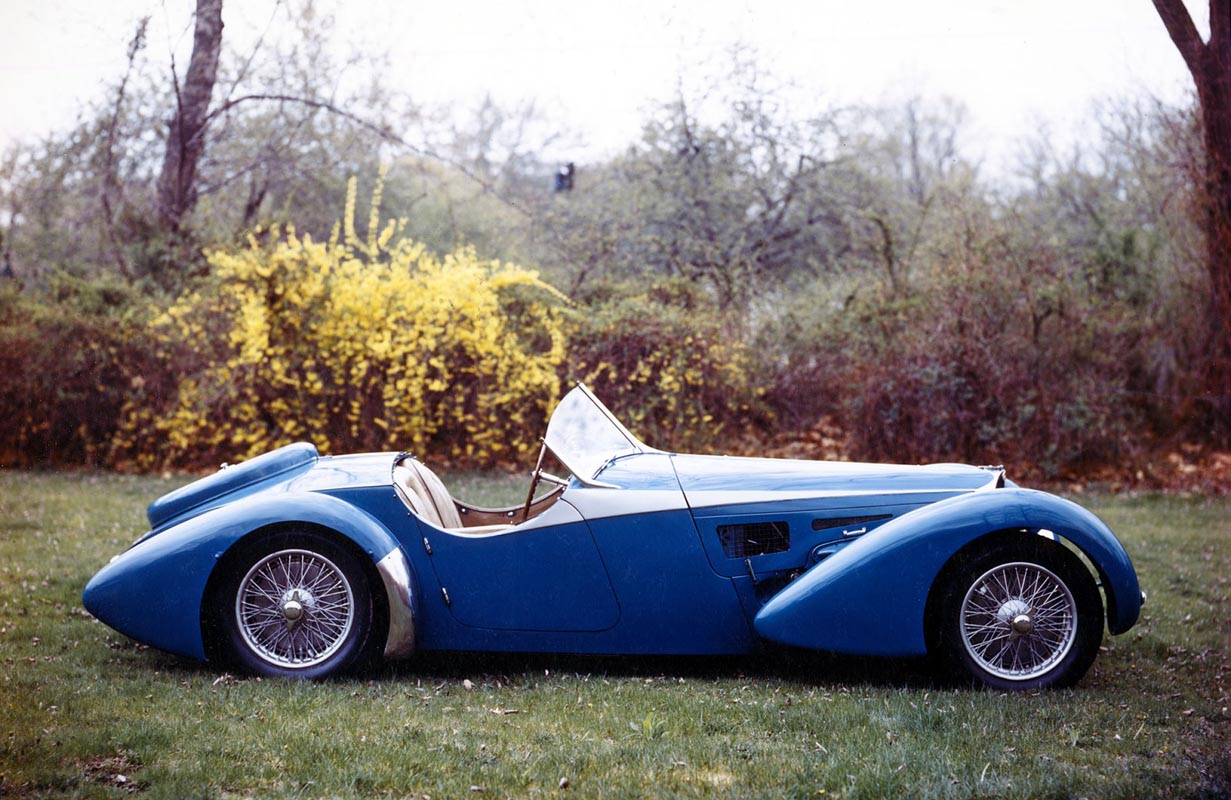 Also based on the Type 57 SC, the Corsica Roadster was developed in 1938. Its original owner was Colonel Godfrey Giles, who in 1937 commissioned the British bodywork manufacturer Corsica Coachworks to make him a bespoke Type 57 according to his own ideas and his brother’s design. The result: a roadster of the utmost beauty, a single flowing shape as if cast from a single mold. The interior features the finest materials. With its 3.8-liter, eight-cylinder engine, the approximately 4.5-meter-long roadster can hit a top speed of over 200 km/h. At the Concorso d’Eleganza in Pebble Beach in 1998, the jury voted this Bugatti the “Best in Show”. 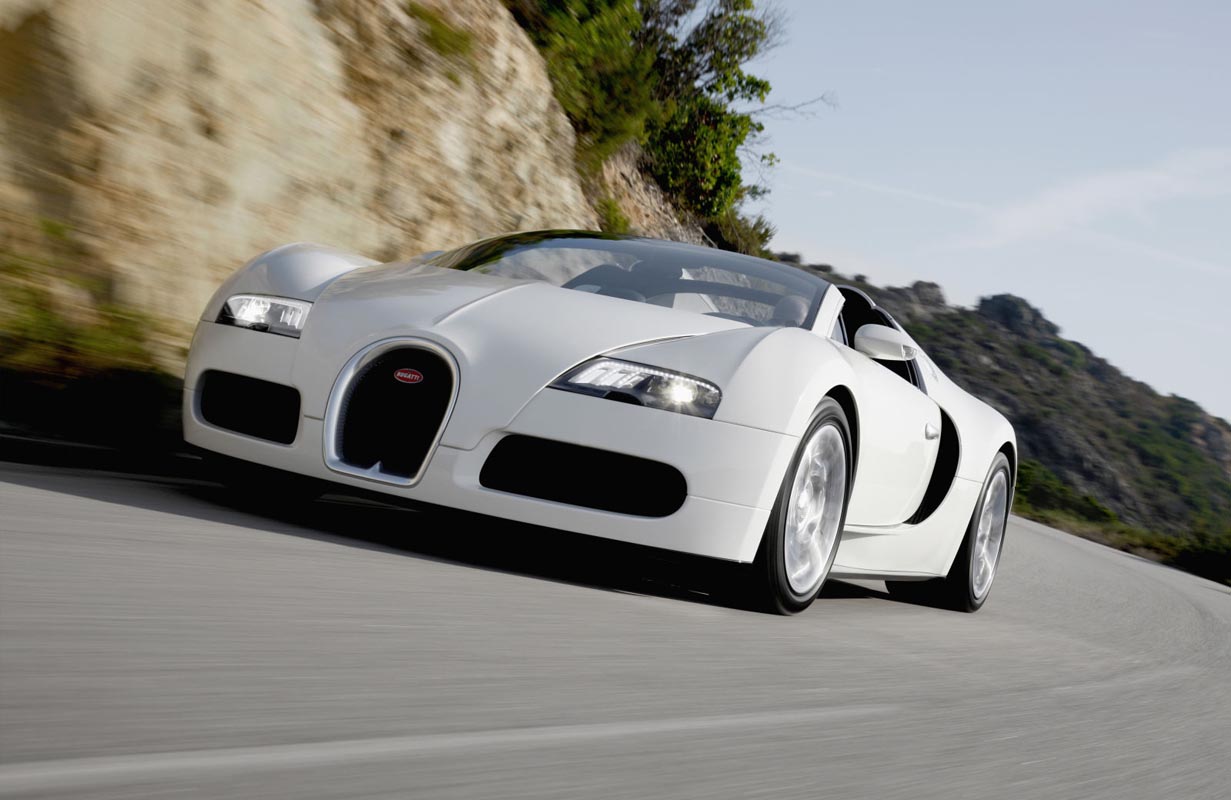 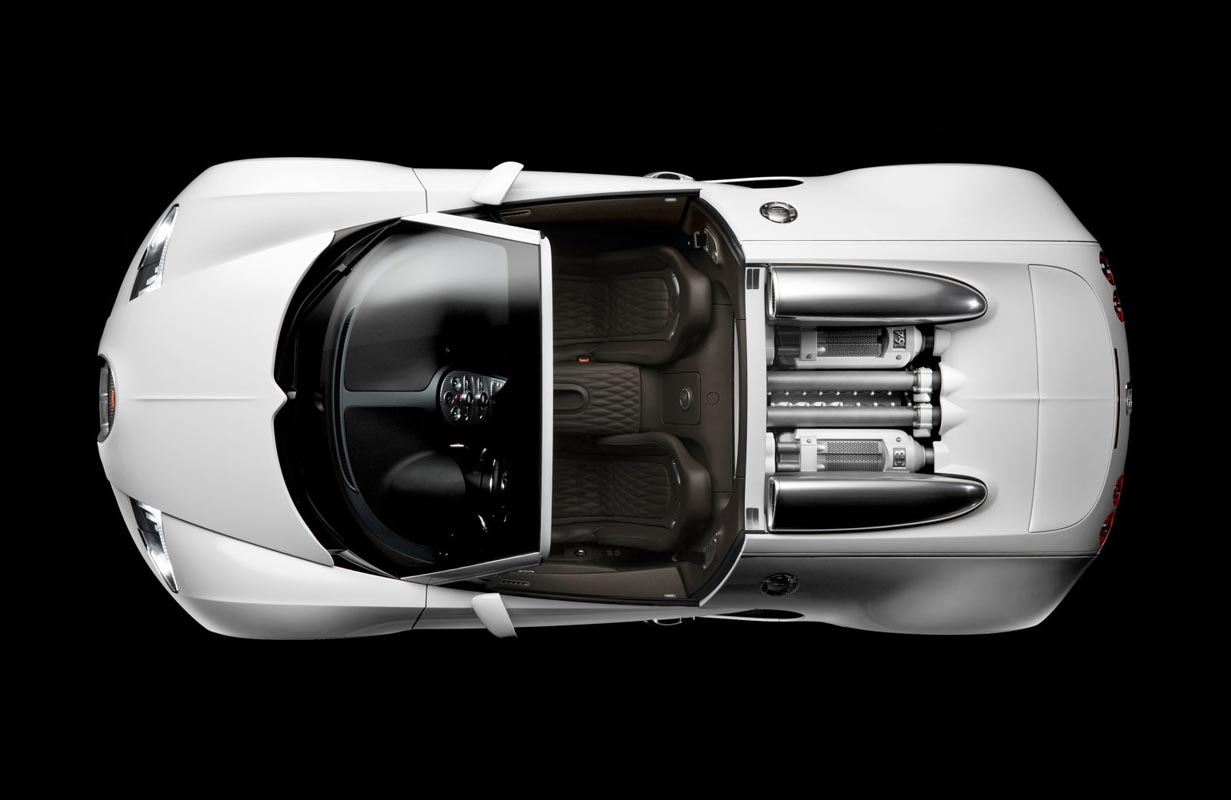 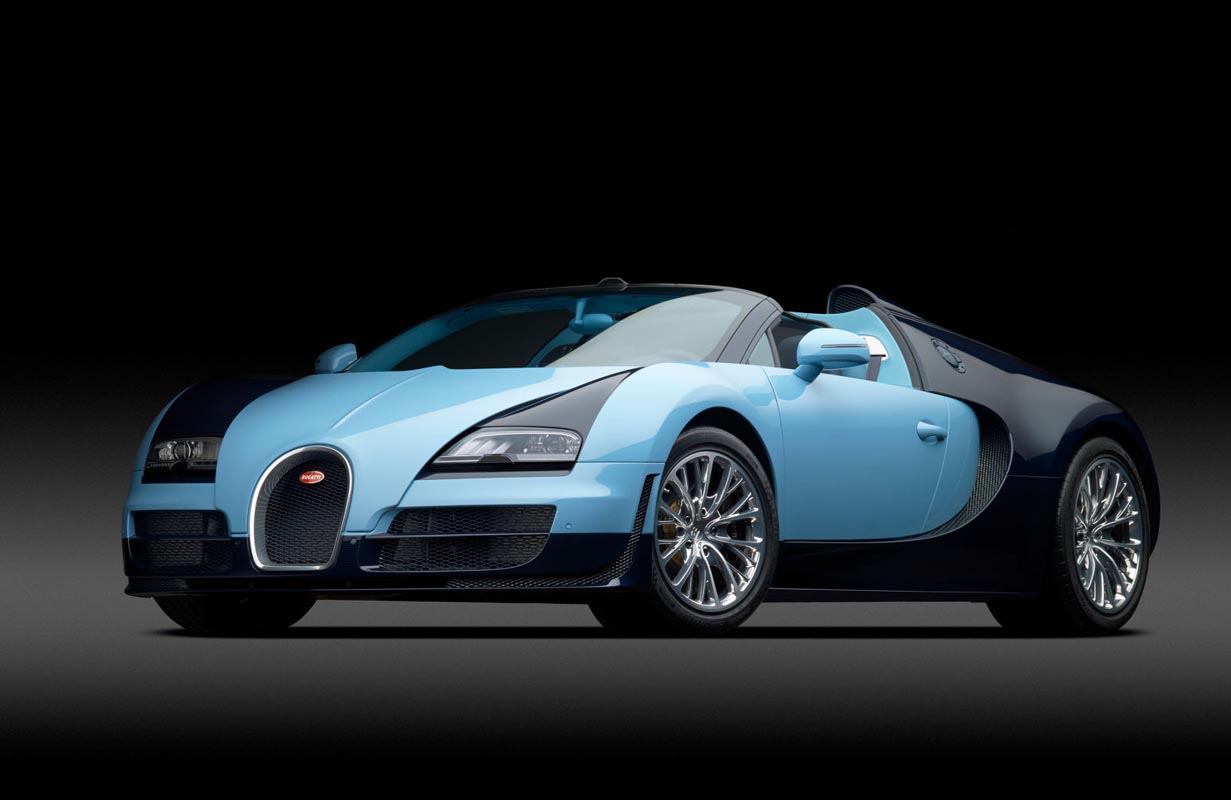 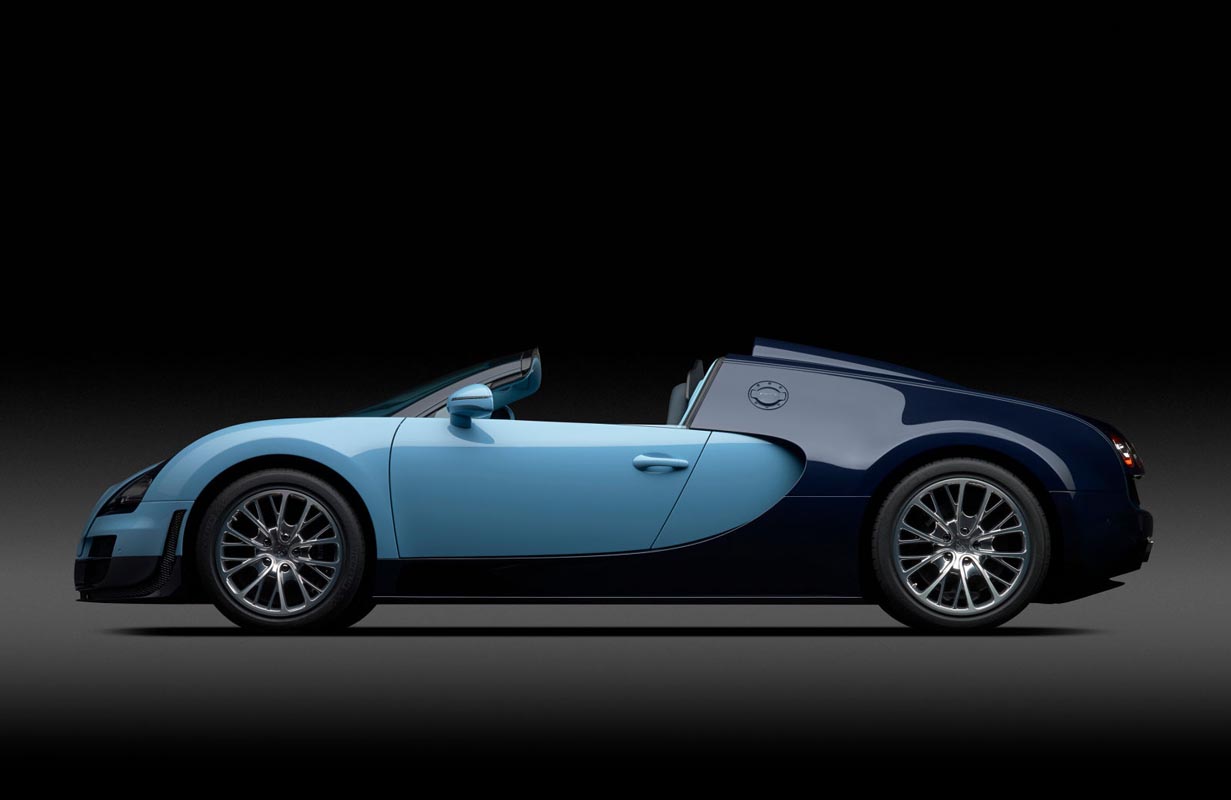 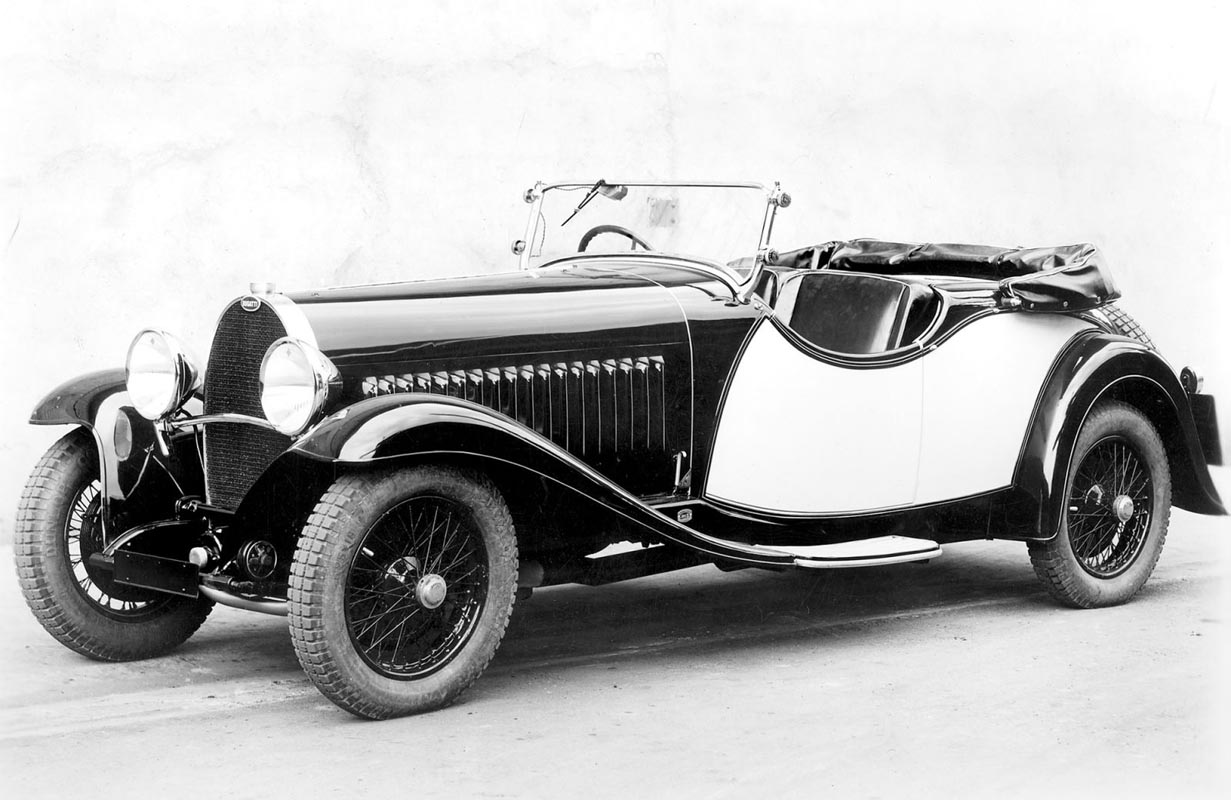 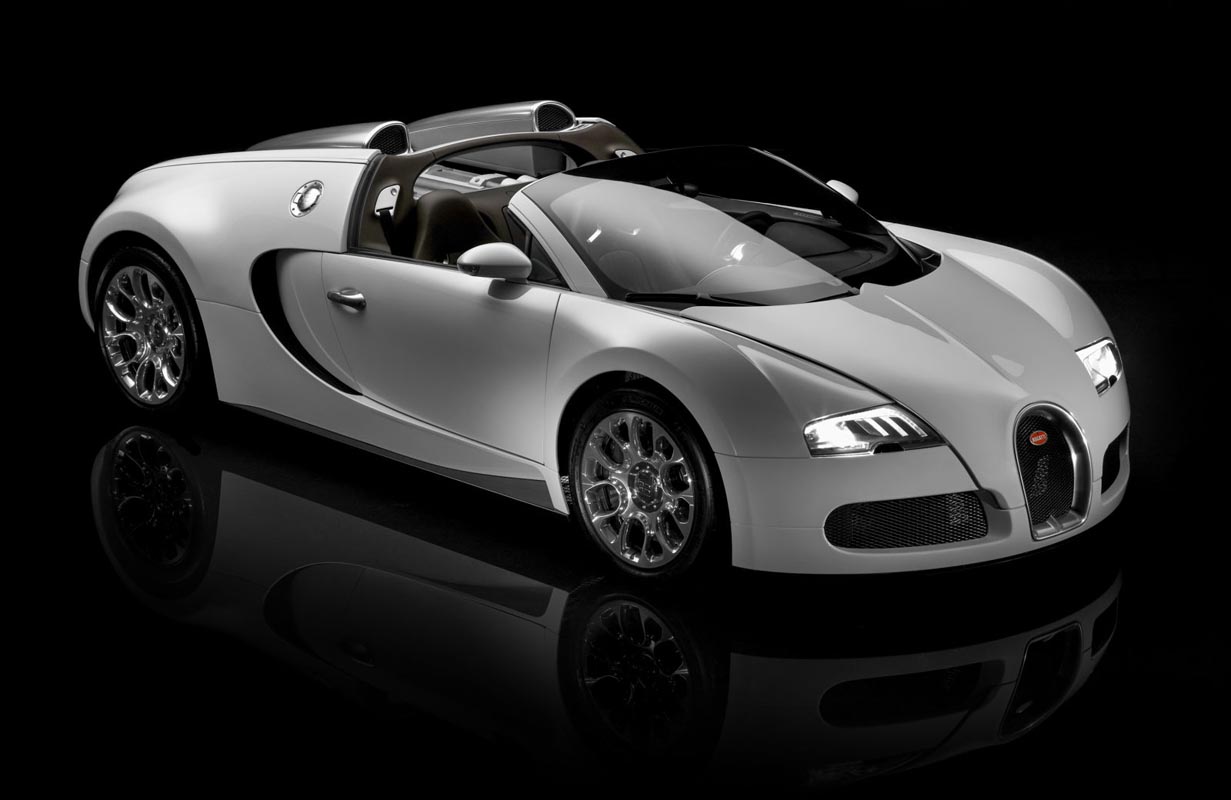