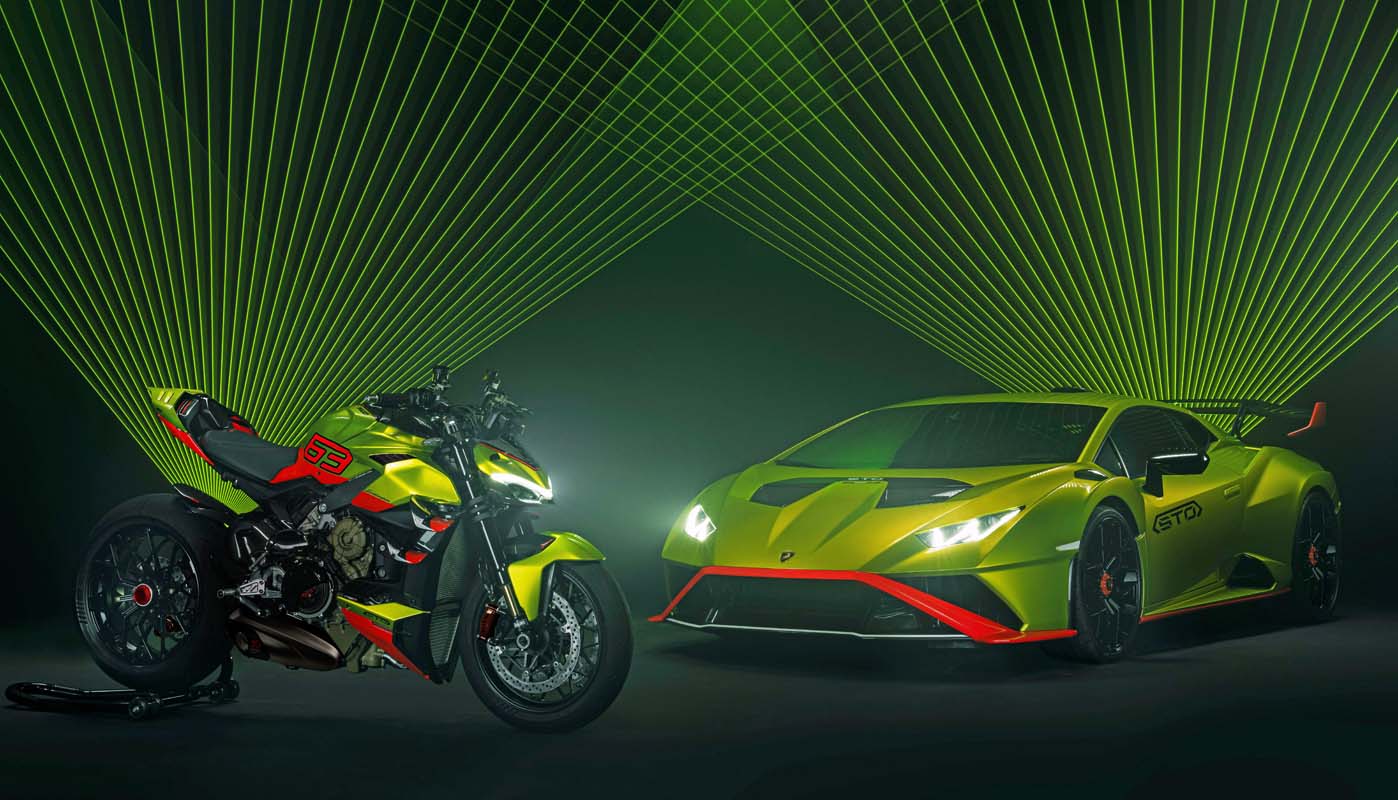 The new Ducati Streetfighter V4 Lamborghini, inspired by the Huracán STO1 super sports car, was unveiled to the public at the San Marino Grand Prix at the Misano World Circuit Marco Simoncelli. The bike is the result of the second collaborative project between the two brands, ambassadors of Made in Italy, which in 2020 gave birth to the Ducati Diavel 1260 Lamborghini, inspired by the Sián.

The most stunning Ducati Streetfighter V4 produced is a motorcycle that perfectly embodies the values of style, sportiness, and exclusivity shared by Ducati and Lamborghini, the two brands of excellence that have helped write the history of Italy’s “Motor Valley” and that have renewed and expanded their collaboration with this project. The result is a combination of technology, performance and beauty to deeply inspire enthusiasts from the very first look.

Applying the well-known “Fight Formula” to the technical base of the Panigale V4 S 2023 and integrating elements and stylistic features that are unmistakably Lamborghini, Ducati has created an exclusive all-new model within its range. The bike is produced in a numbered limited series of 630 units and reinterprets in a Ducati key the concepts that led to the creation of the Lamborghini Huracán STO, integrating technical and stylistic elements typical of Lamborghini  DNA, including the exclusive livery in green and orange.

The Ducati Style Center, in collaboration with Lamborghini’s Centro Stile, redesigned the superstructures of this special bike, drawing inspiration from the Huracán STO. It features specially-made forged wheels enhanced by the titanium clamping nut on the rear; the front fender design is inspired by the air ducts integrated in the Huracán STO’s “cofango”; the toe cap, radiator cover, wings, tank cover and tail are all made of carbon fiber, the same used for the super sports cars from Sant’Agata Bolognese. 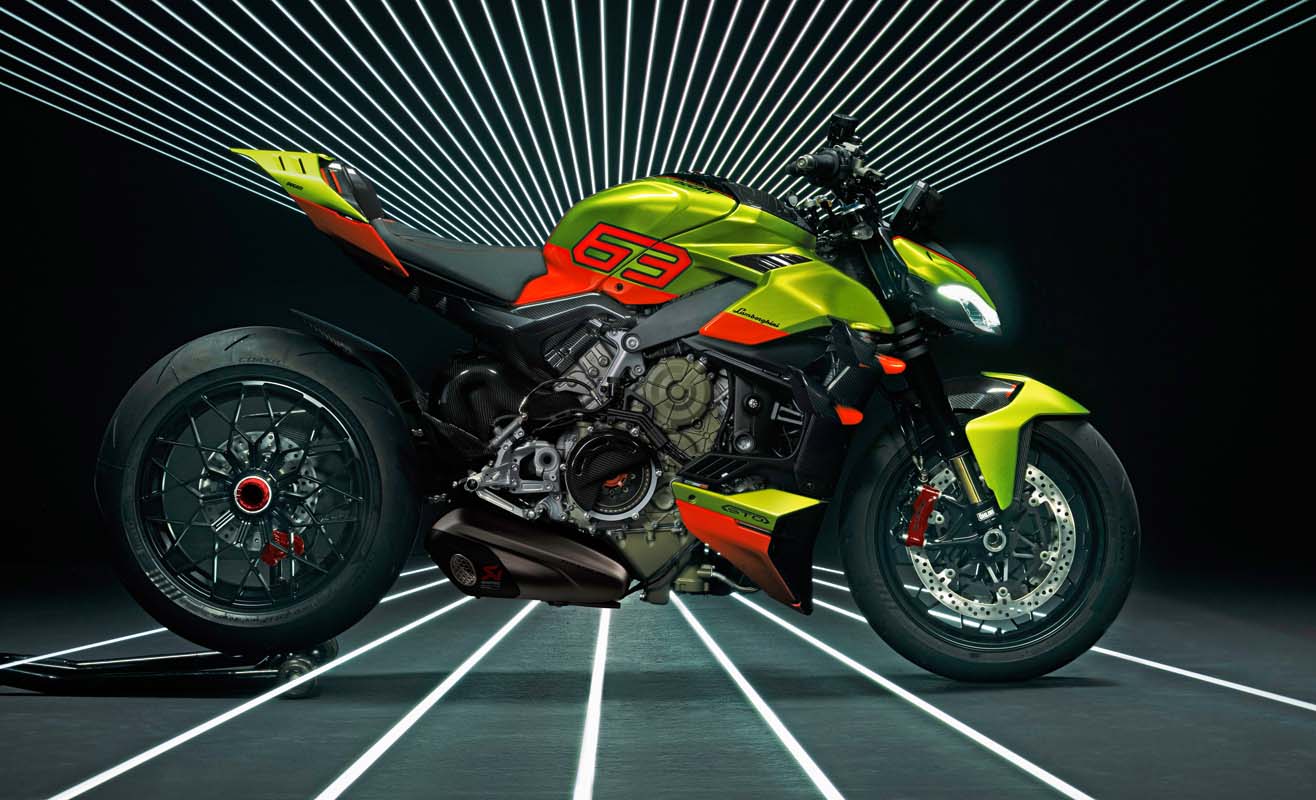 The livery features the STO logo and the number 63, which refers to the year in which Lamborghini was founded. This number, multiplied by ten, gives the 630 units to be produced by Ducati, each accompanied by a certificate of authenticity. The colors used for the bike are exactly the same as those used for the Huracán STO, with a base in “Verde Citrea” (green) and contrasting parts in “Arancio Dac” (orange). The model name and the progressive number are shown on a metal plate inserted in the central tank cover and an aluminum insert on the ignition key.

There are also grille extractors and air intakes on the tank cover, toe cap and tail piece that explicitly echo the Huracán STO’s rear brake cooling ducts; the vents on the car’s front fenders; and the hood extraction vents. The bike’s seat is also inspired by the Huracán STO’s  seat finish with accents matching the superstructure. At the heart of the Ducati Streetfighter V4 Lamborghini is the 1103 cc Desmosedici Stradale engine with power of 208 hp with a dry clutch, as on the Ducati MotoGP™ and Superbike models.

In addition to the 630 examples of Ducati Streetfighter V4 Lamborghini, Ducati will offer an even more exclusive series dedicated to 63 Lamborghini customers who, thanks to the Ducati Style Center, will be able to create unique examples by customizing their Ducati Streetfighter V4 Lamborghini with livery and rims in the same color as their car, completing the bike through Ducati’s Speciale Clienti program. It will then be possible to choose the brake caliper colors and seat details from those included in the Huracán STO palettes: yellow, red, black and California orange, in addition to the standard color scheme.

Finally, owners of the Ducati Streetfighter V4 Lamborghini will be able to complete their look with a helmet, jacket and limited-edition bike leathers, in colorways reflecting their Ducati bike’s specification. 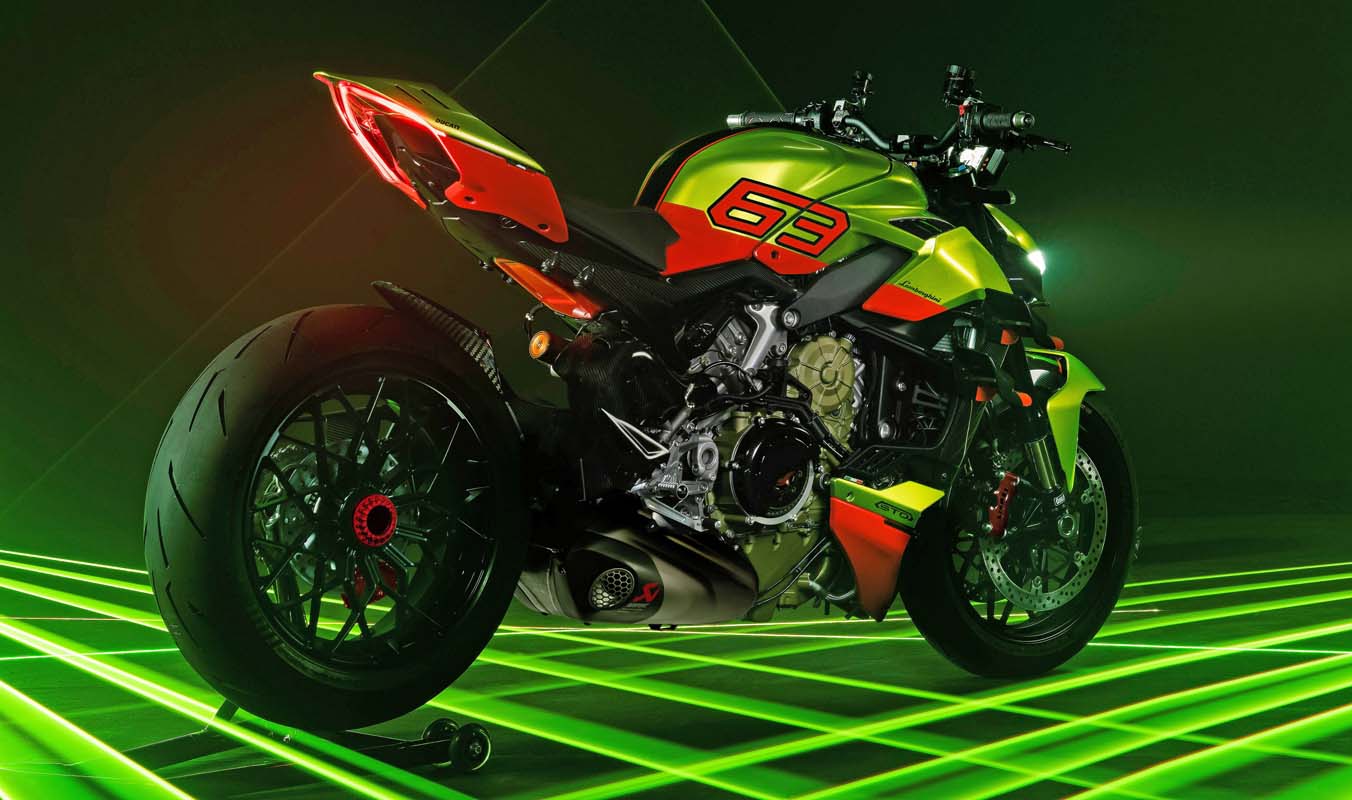 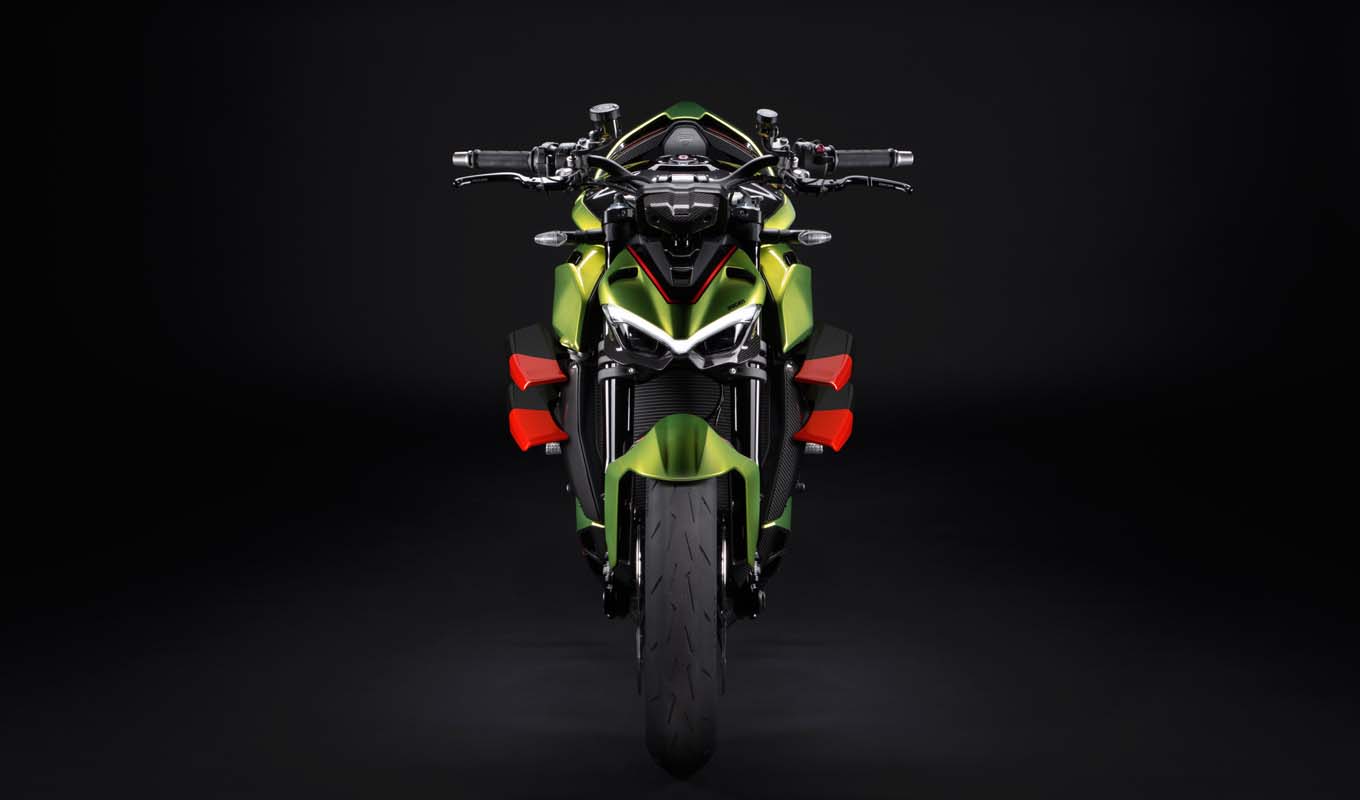 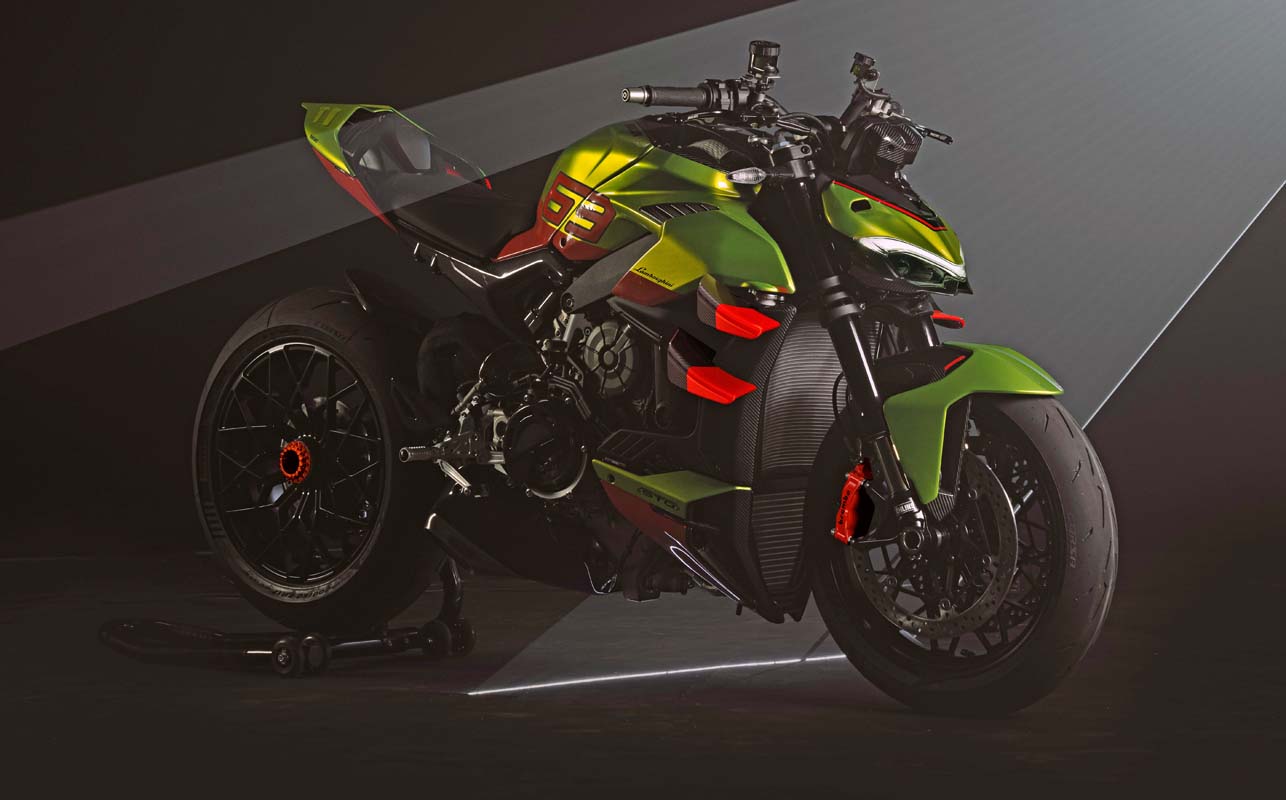 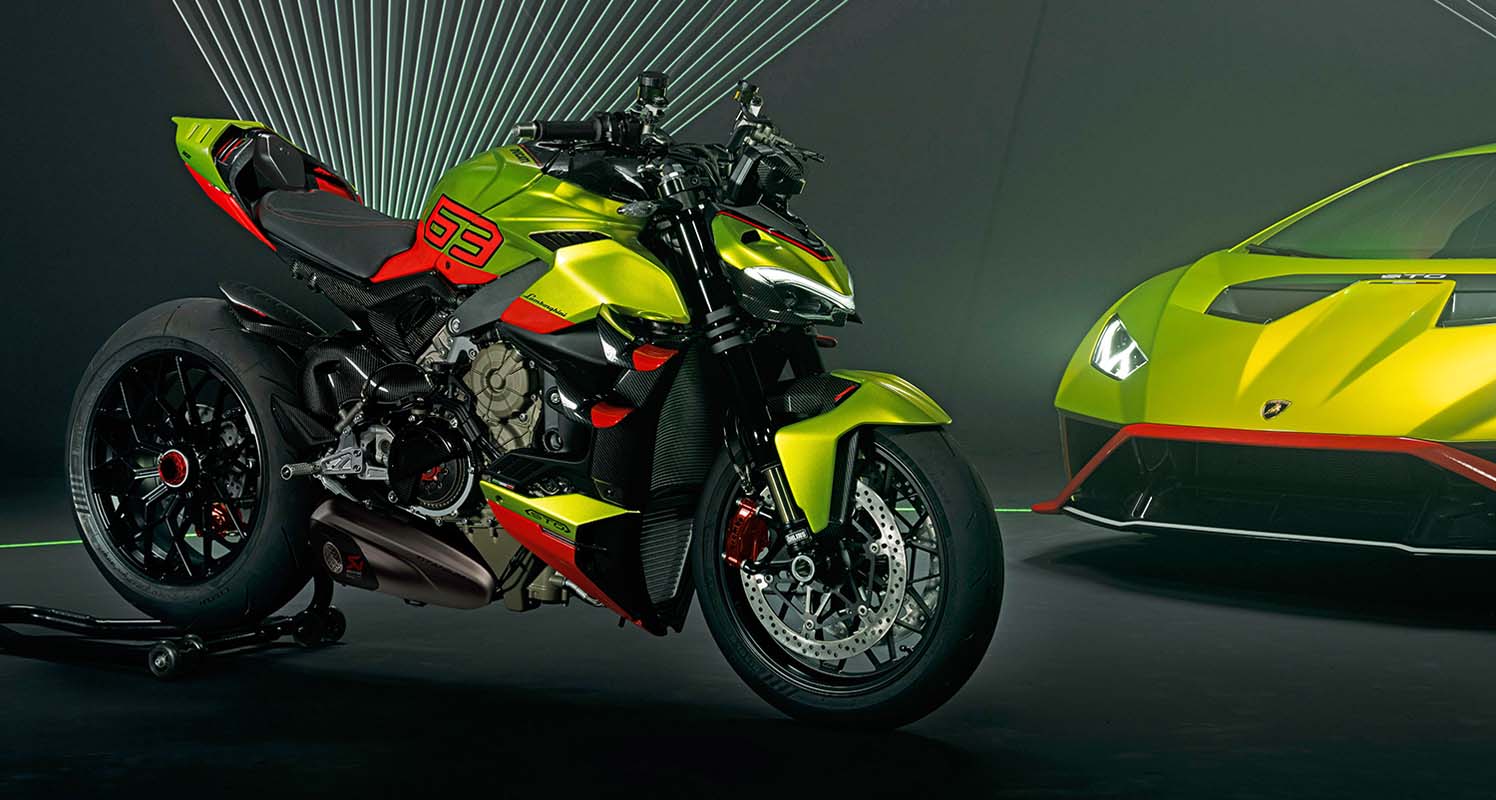 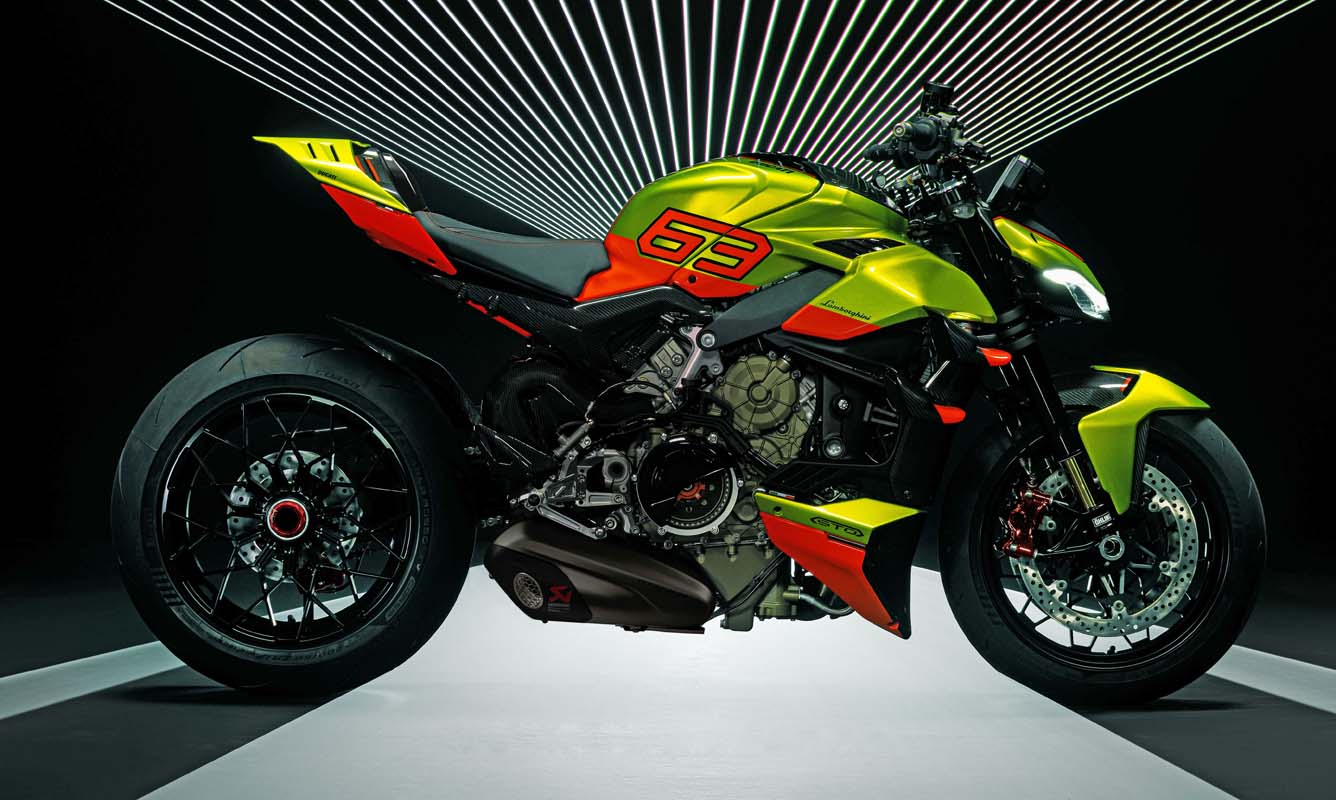 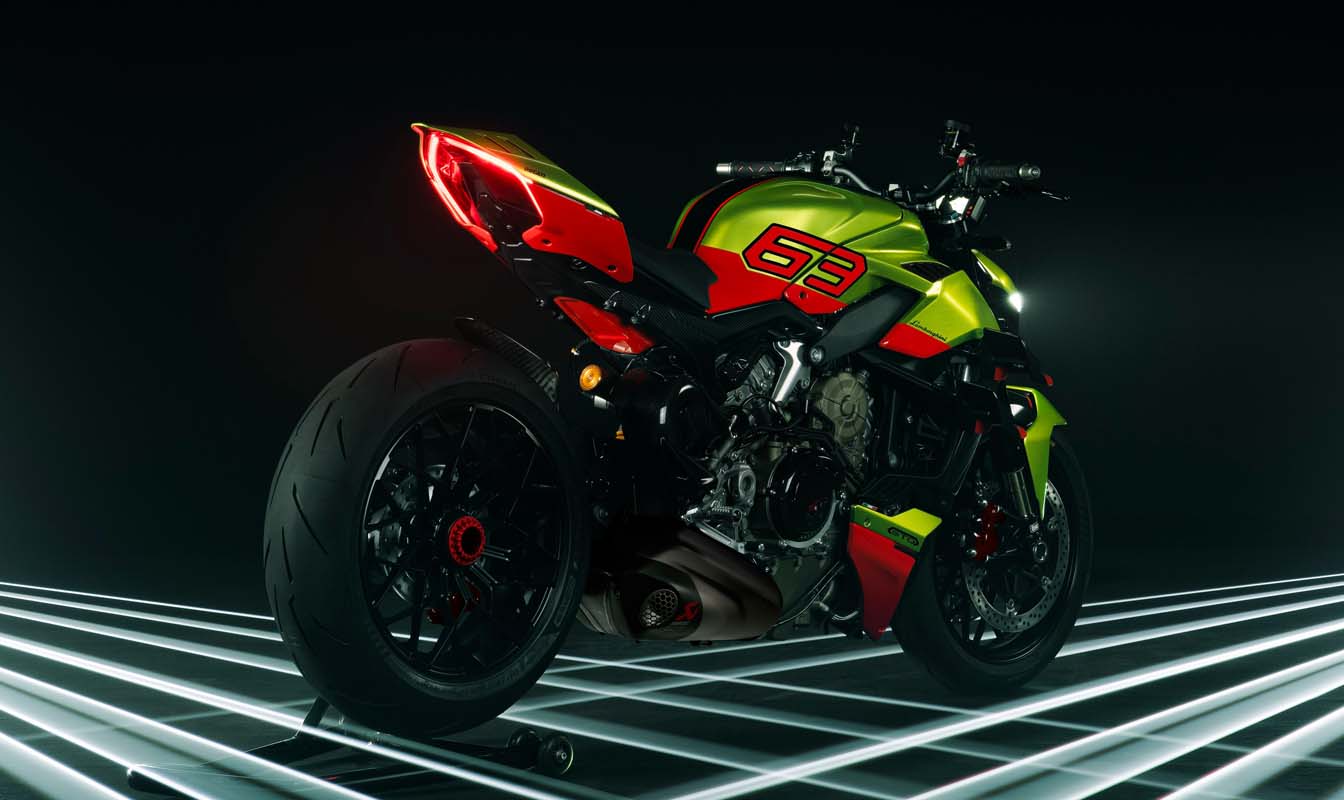 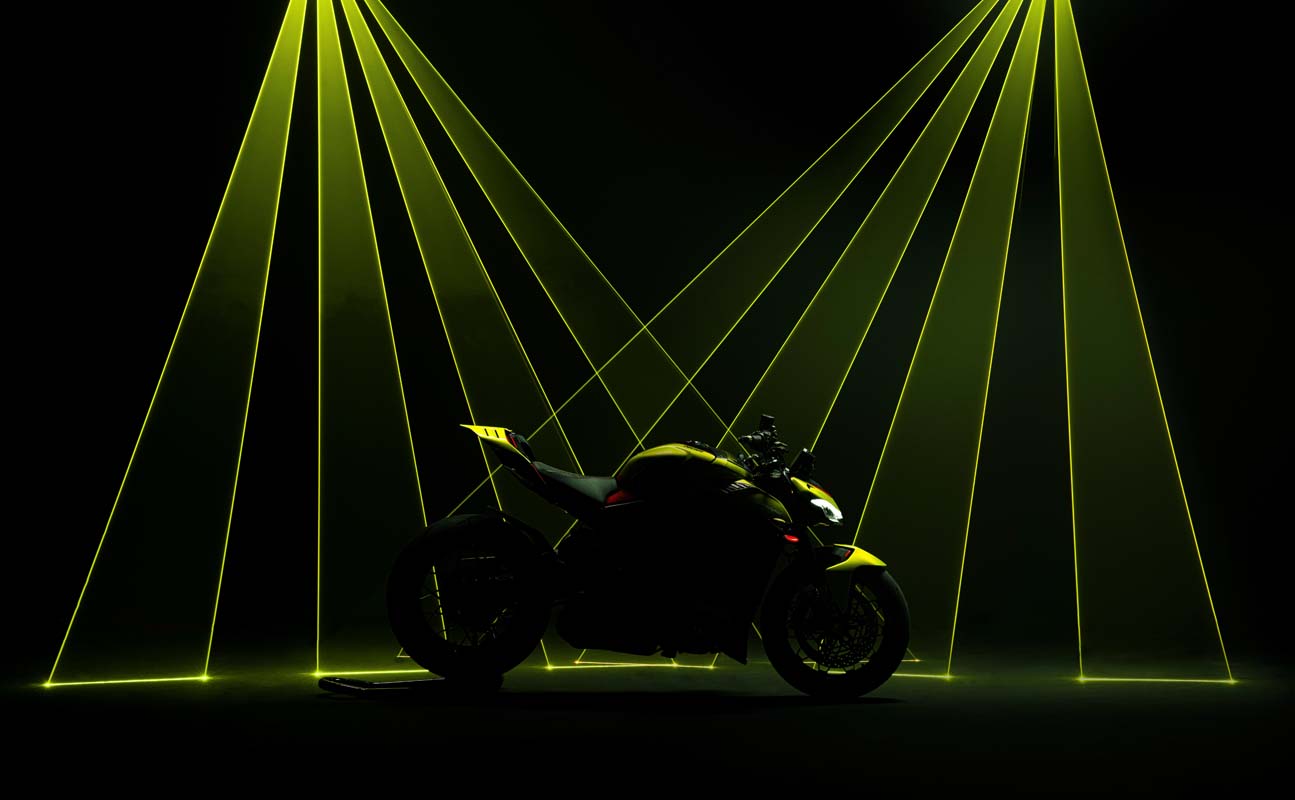 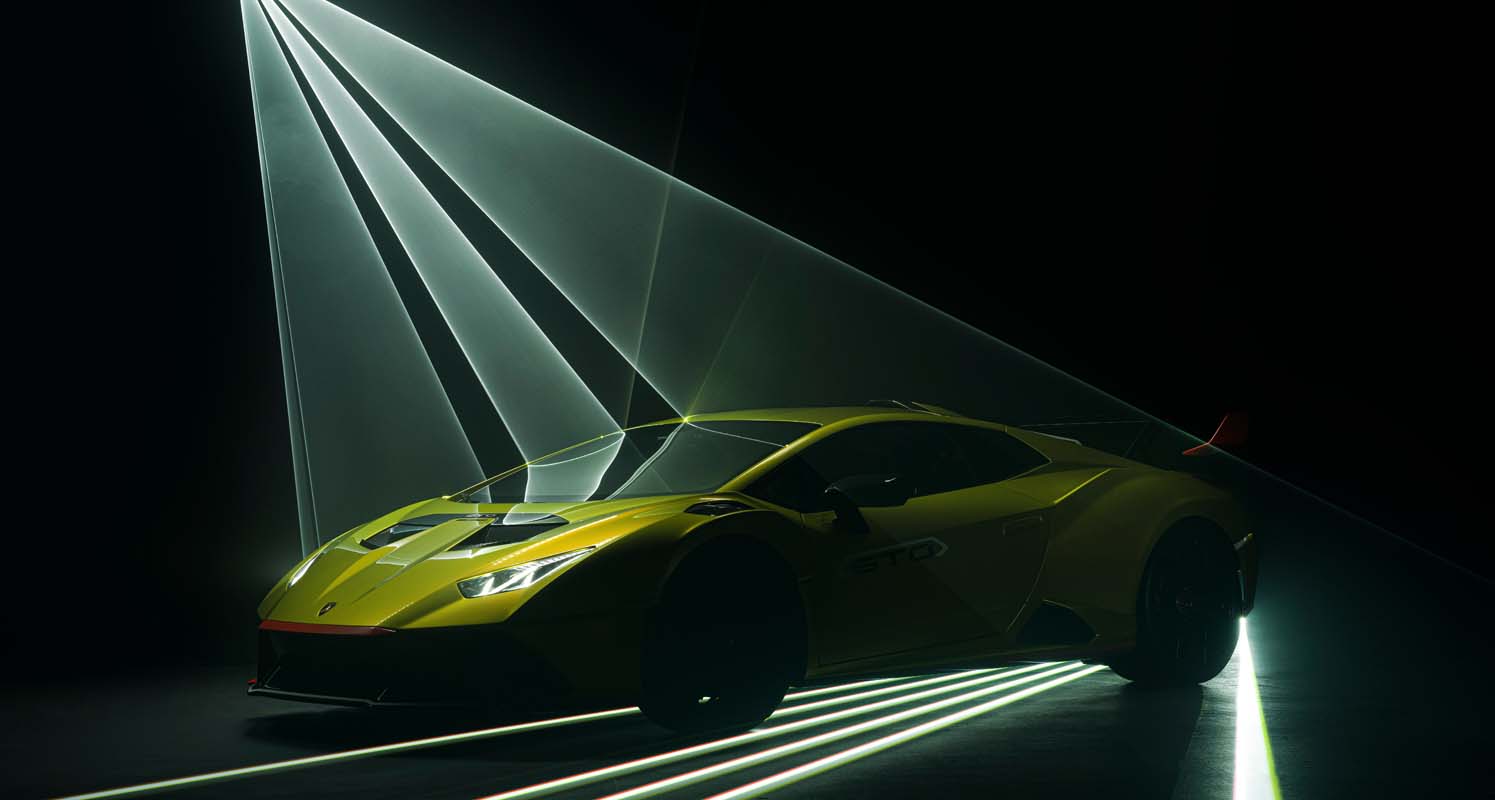 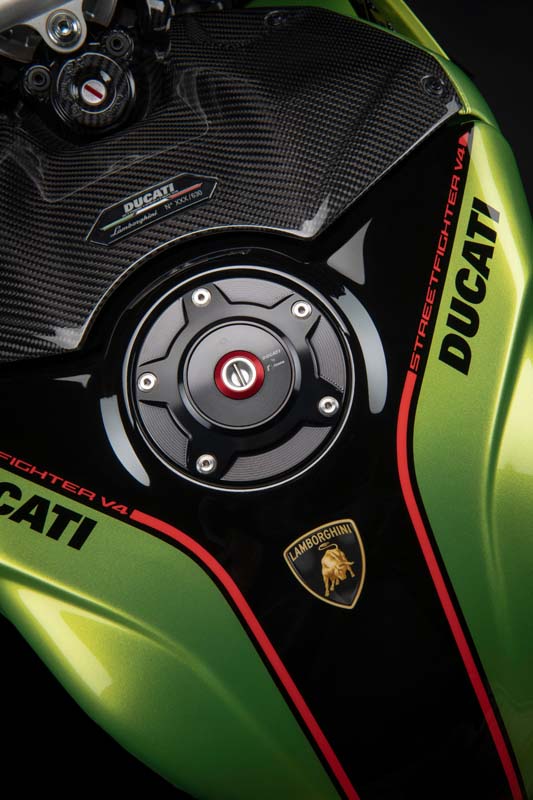 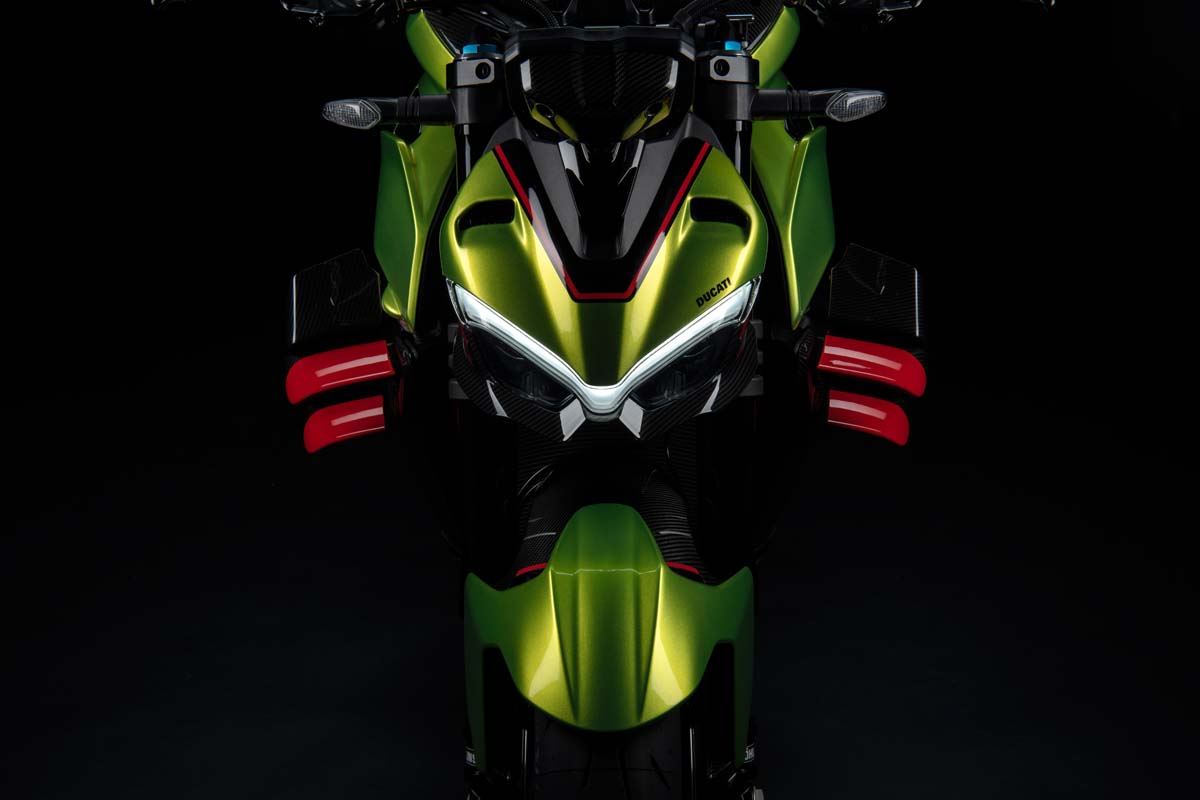 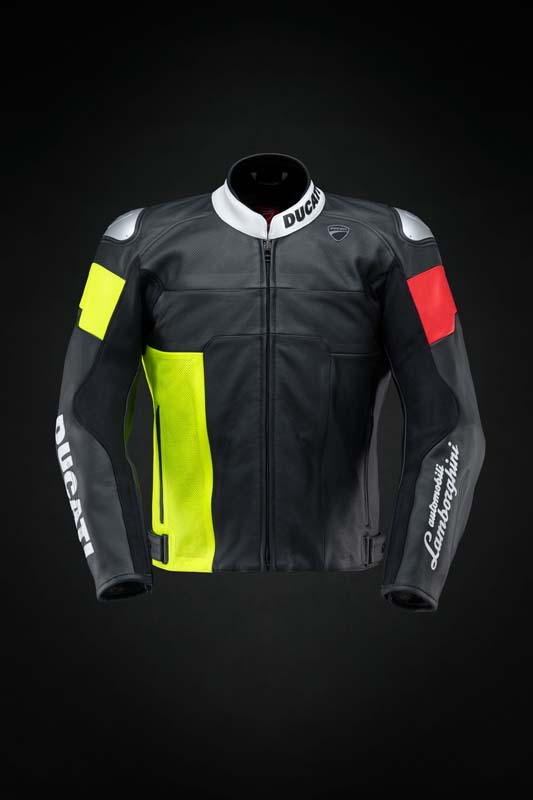 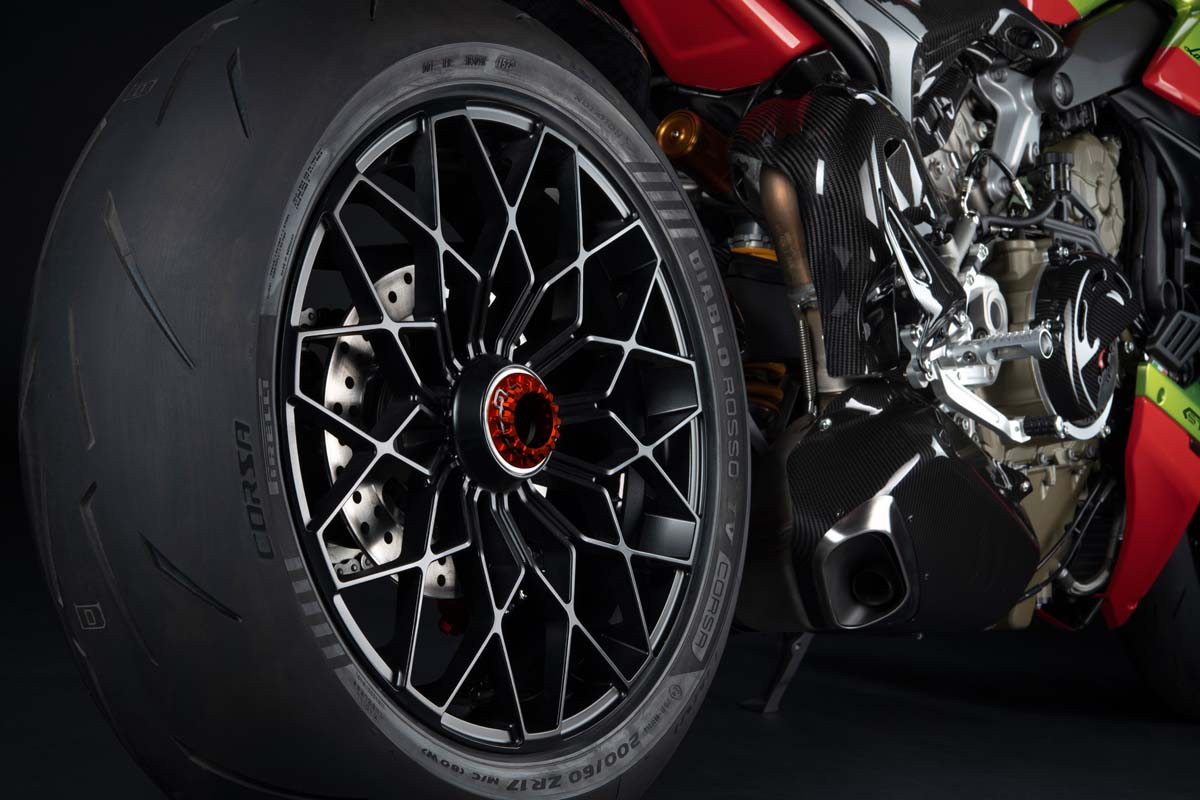 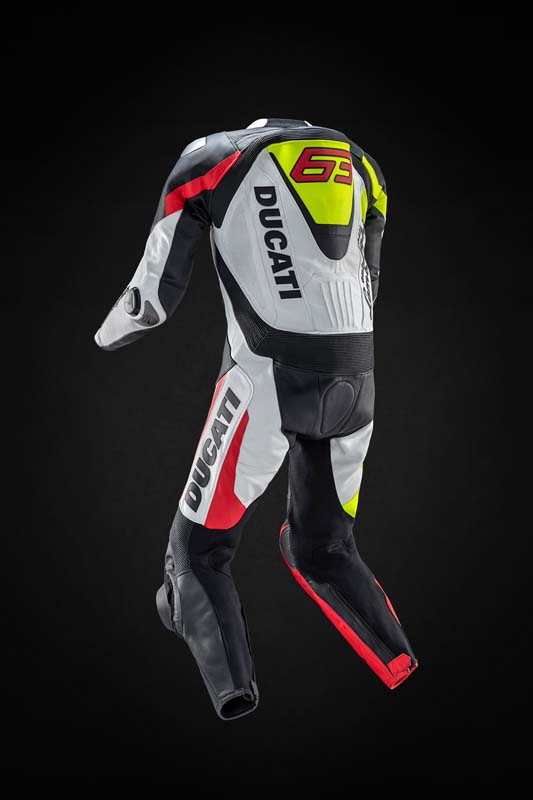 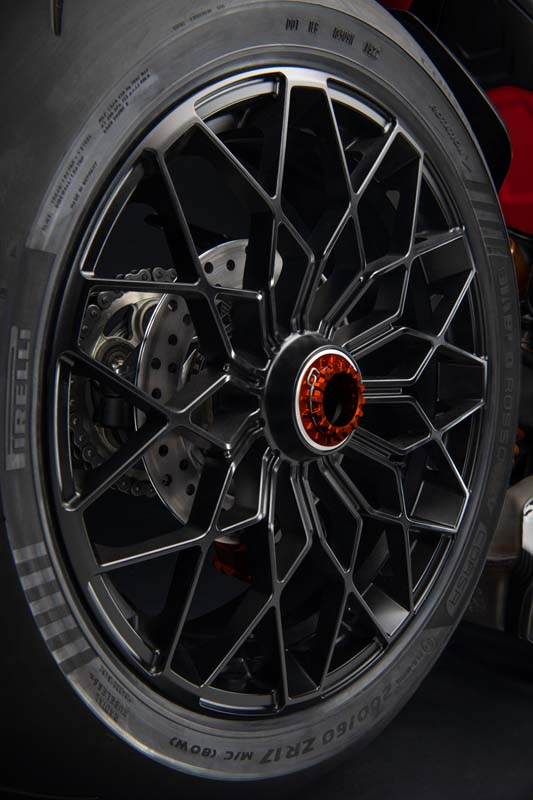 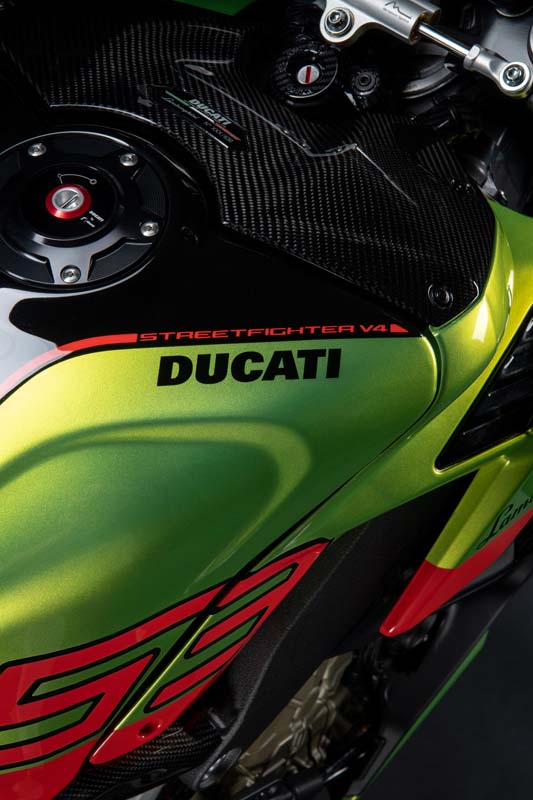 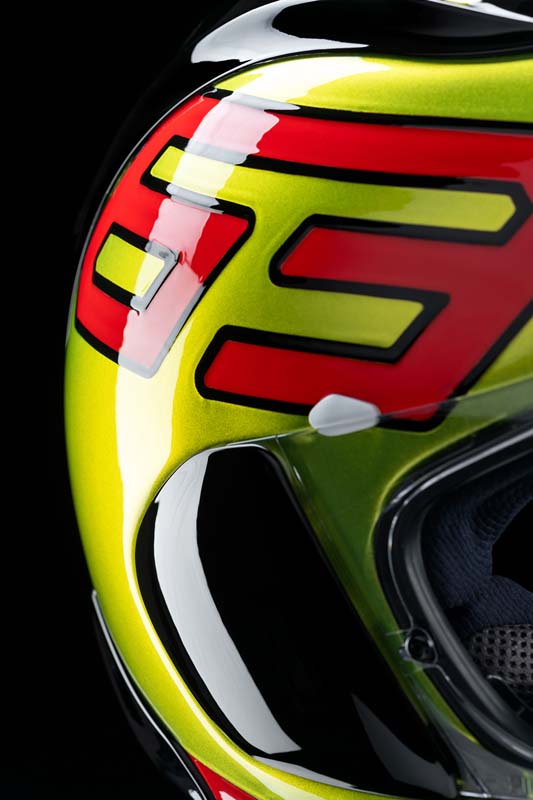