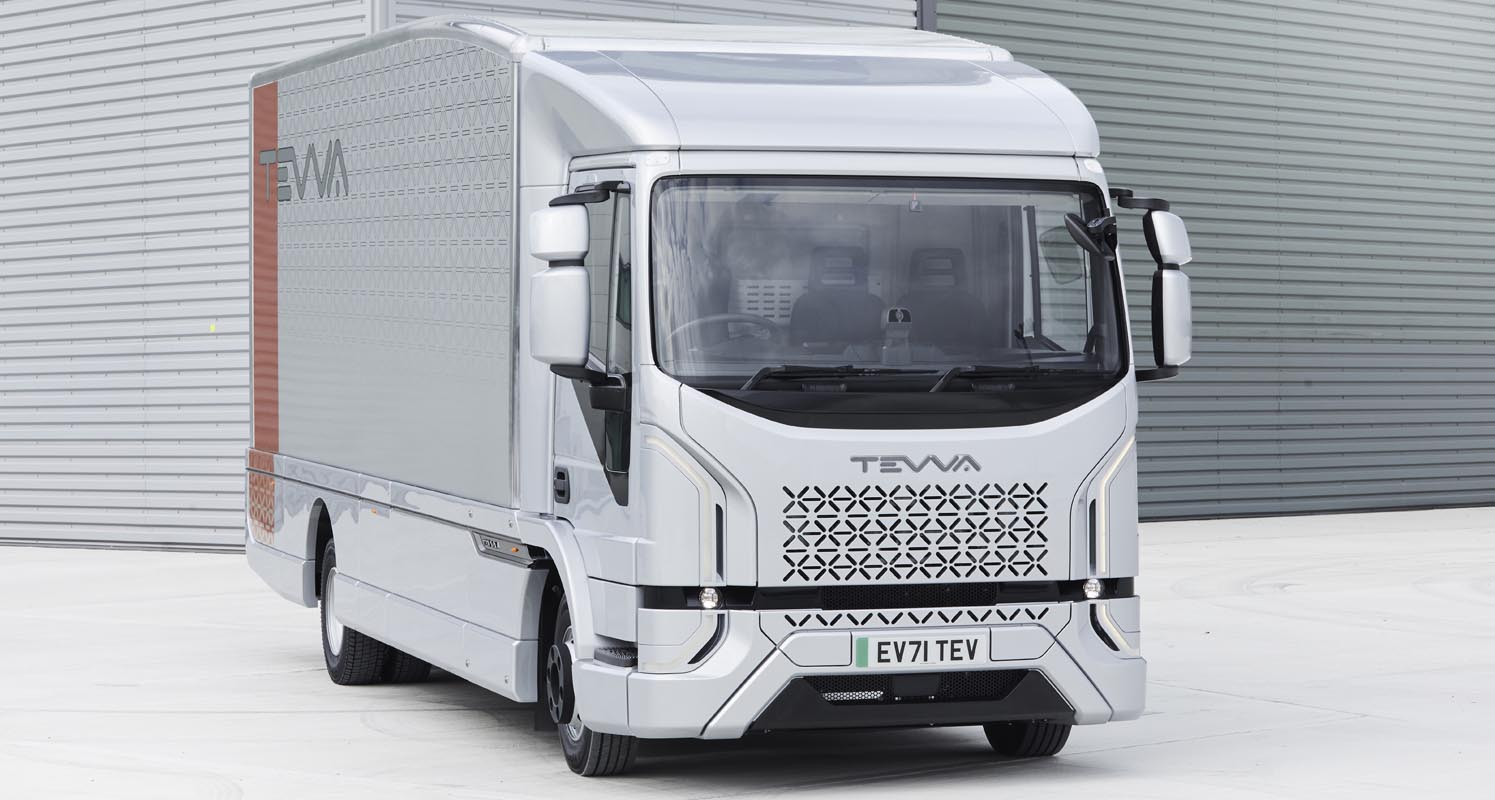 Electric truck pioneer Tevva has today unveiled the new Tevva Truck – the first British designed 7.5-tonne electric truck intended for mass production in the UK, and set to go on sale in the Middle East in 2022. The global electric truck market was valued at $1.15 billion in 2020 and is expected to grow to $14.19 billion by 20271.
The Tevva Truck has been unveiled to address the immediate industry need to electrify. Offering a range of up to 160 miles (250 km) in pure battery electric vehicle (BEV) form or up to 310 miles (500 km) with its patented range extender technology, which has now been upgraded to use hydrogen fuel cells; the Tevva Truck brings a best in class combination of capability and cost efficiency from a zero emissions medium duty truck, while offering the ruggedness and resilience of traditional trucks.
British design, manufacture, and engineering excellence
Tevva is committed to the continual development of transformative battery electric vehicles for the real world. Engineered by a team led by Ken Scott, formerly Engineering Director at both Bentley and Alexander Dennis, and styled by Dale Grewer, former Chief Designer at Jaguar Land Rover, the Tevva Truck will be manufactured in a brand-new facility in the Thames Freeport area, in close proximity to London.
The 11,000m2 manufacturing plant, which is slightly bigger than the area inside an Olympic running track, is set to create an additional 1,000 skilled mechanical, software, engineering, and manufacturing jobs in the next 24 months, adding to the 60 plus jobs already created this year. The facility is initially expected to begin manufacturing 3,000 trucks per annum by 2023.
Electric trucks for the real world
The Tevva Truck addresses established industry, reliability, and maintenance expectations. Thanks to Tevva’s strong supplier partnerships, fleet operators can benefit from an extremely reliable BEV powertrain paired with an exceptionally robust and proven truck-derived chassis, as well as quick access to low-cost parts (be that accidentally damaged and / or normal ‘wear and tear’). Tevva is offering technologies that have been proven in real-world, in-service environments today.
Asher Bennett, Founder and CEO of Tevva said: “Technology is transforming the commercial vehicle sector at pace, making it safer, greener, and entirely more efficient. But meaningful change is a gradual process, it must happen one step at a time, even if those changes are needed in fast succession. The Tevva Truck provides a natural transition into electrification for fleet managers, providing total peace of mind and a compelling total cost of ownership proposition, with no compromise on range and reliability and minimised compromise on payload.” 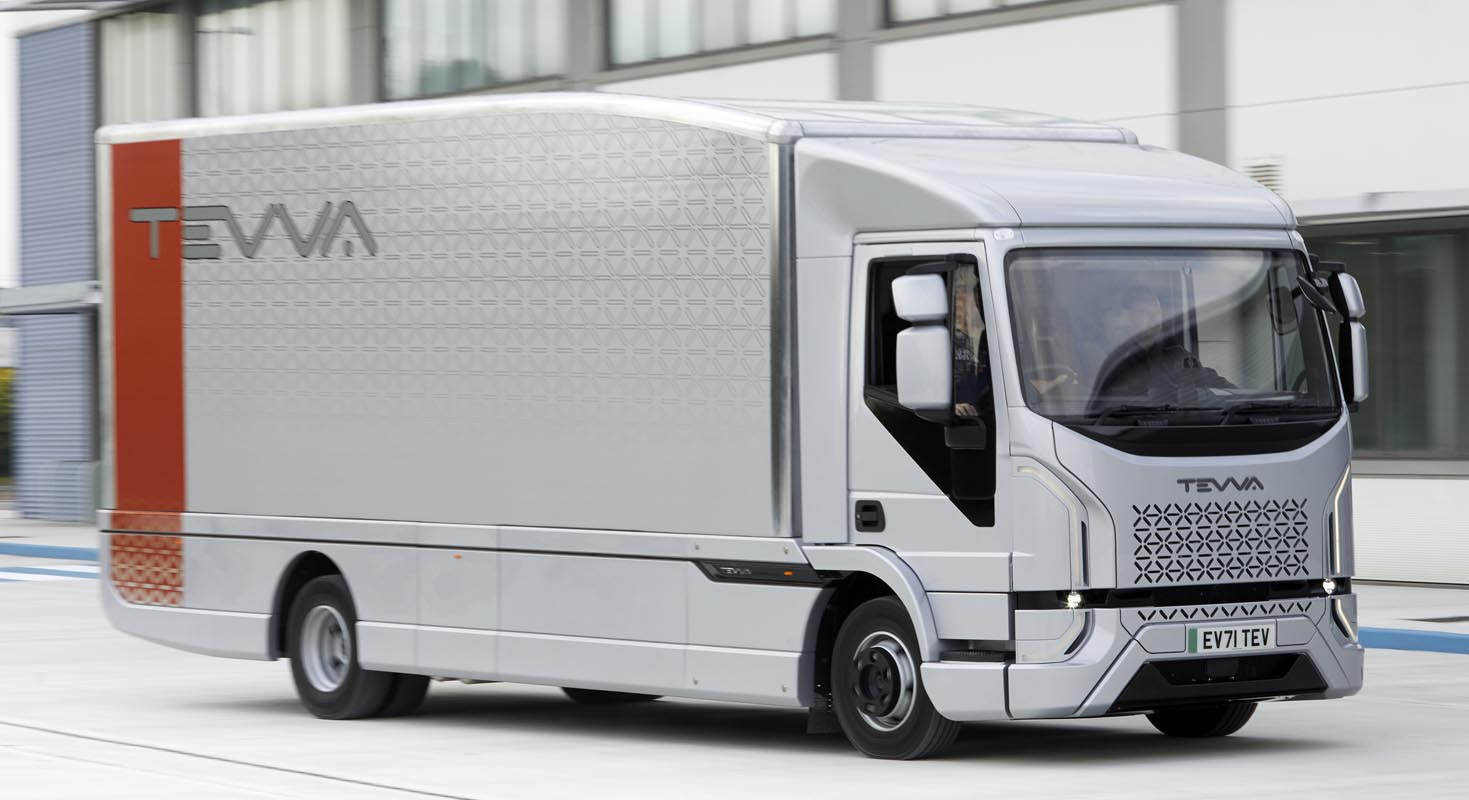 Addressing industry demand, today
For fleet managers concerned about range, the Tevva Truck will offer unique range extension technology with its REX solution available for delivery in 2023. Its compact hydrogen fuel cells recharge the battery on the move, allowing the Tevva Truck with the integrated REX technology to fulfil longer duty cycles and carry heavier loads even further.
Tevva is committed to attracting the next generation of drivers, transforming the driving experience by developing a truck that is easier and more pleasing to drive, enabling fleet operators to attract drivers more readily.
Future technical developments already being tested will enable the Tevva Truck to be fully charged in just one hour – facilitating double shift operations, to help reduce the total cost of ownership – all whilst improving pedestrian safety, improving urban air quality, and making significant contributions to the reduction of CO2 emissions.
By removing typical barriers to commercial electric vehicle adoption, such as affordability and range, the Tevva Truck is expected to reduce global CO2 emissions by 10m tonnes by the end of 2030, the equivalent of taking 1 million cars off the road.
The Tevva Truck
The Tevva Truck can carry up to 16 euro pallets and over two tonnes payload at 7.5-tonnes Gross Vehicle Weight (GVW). The total cost of ownership is comparable to a diesel; parity is achieved at approximately 3,000 km or when 500 litres of diesel is consumed per month.
The Tevva Truck is Tevva’s third generation vehicle, representing the culmination of seven years of engineering development and the learning gathered from over 200,000 miles (350,000 km) of in-fleet trials. Production of the Tevva Truck is due to commence in July 2022.
Today’s unveiling marks the first phase of Tevva’s electric commercial truck launches. Pre-orders for the BEV solution can be made from today with the first deliveries expected in Q3 2022. The Tevva Truck 7.5-tonne model is the first of a series of electric trucks manufactured by Tevva in the UK – the truck manufacturer will produce a range of BEV and fuel cell REX models up to 19.5 tonnes for the UK, European, and Middle Eastern markets 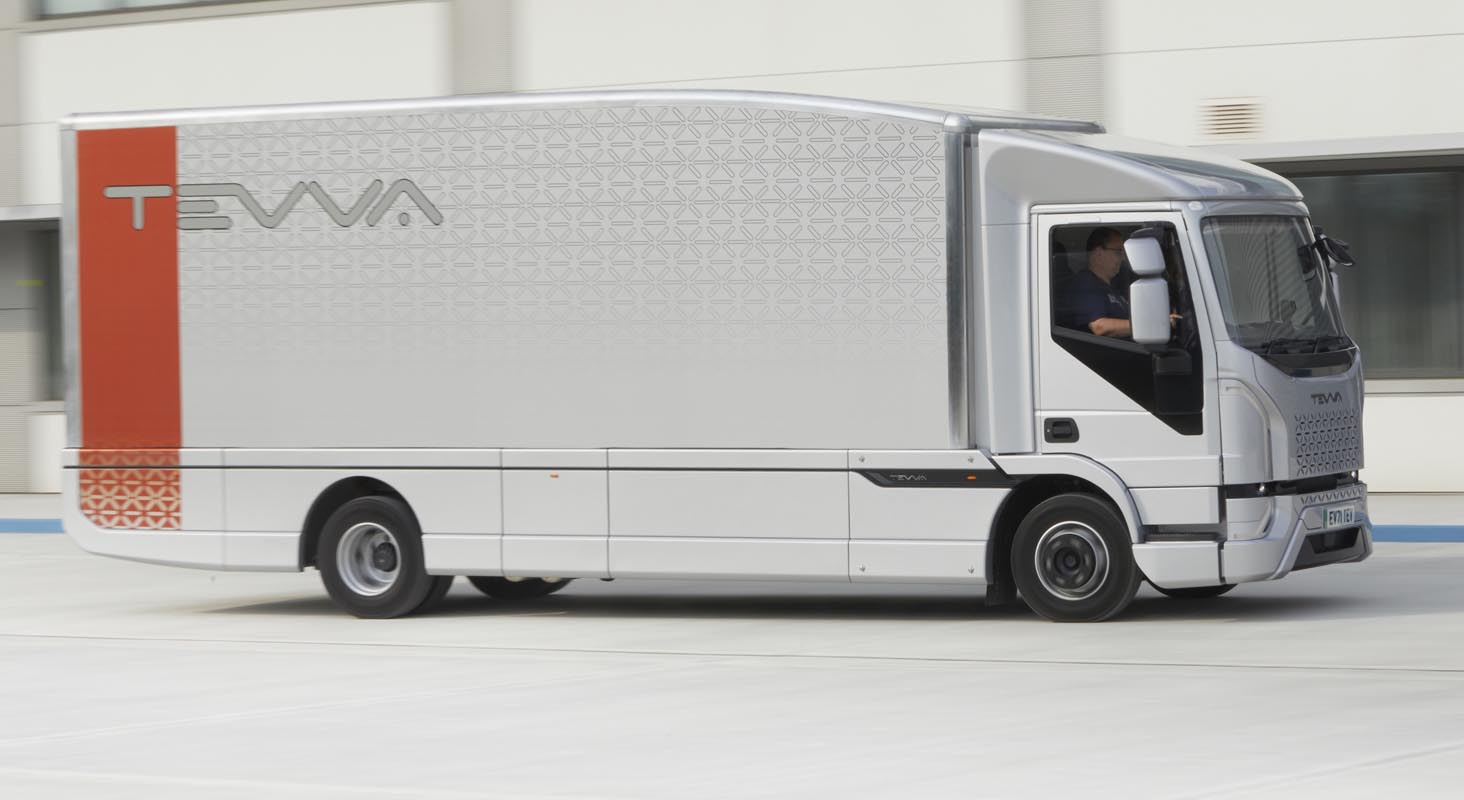 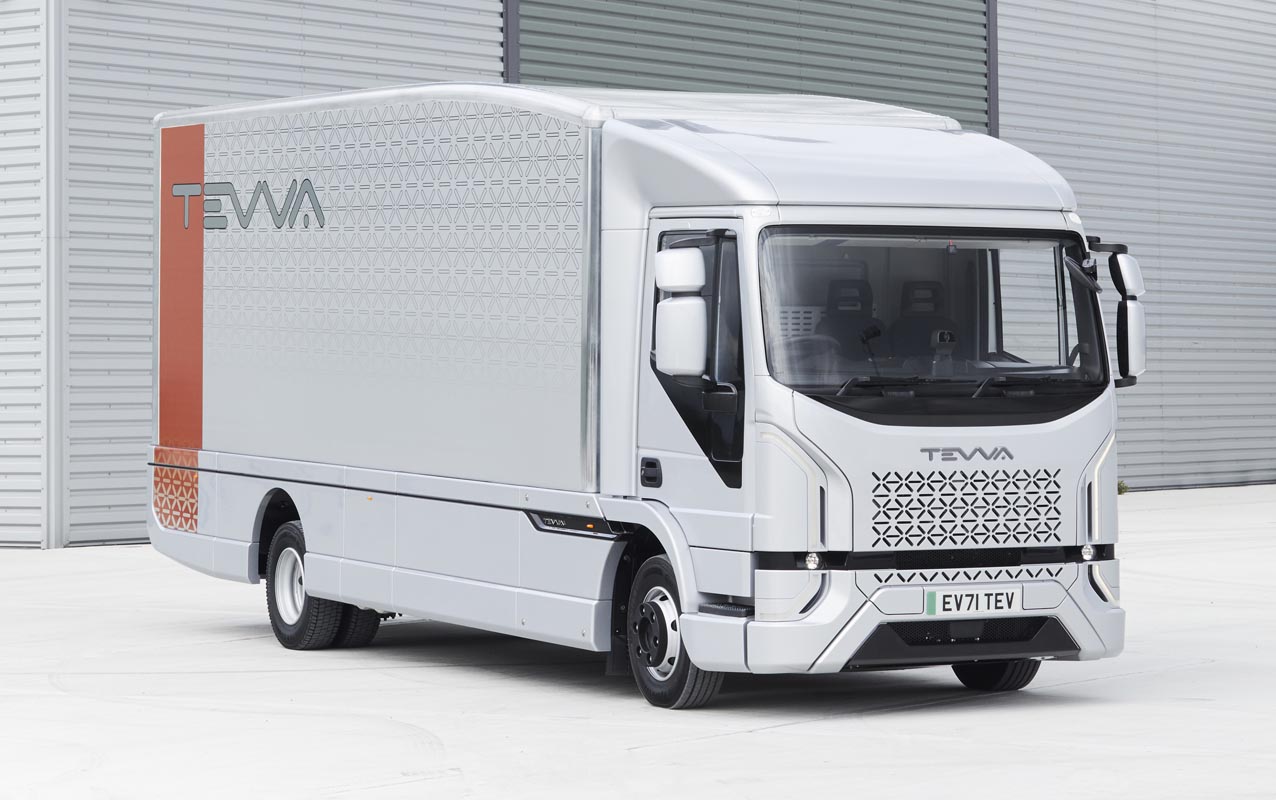 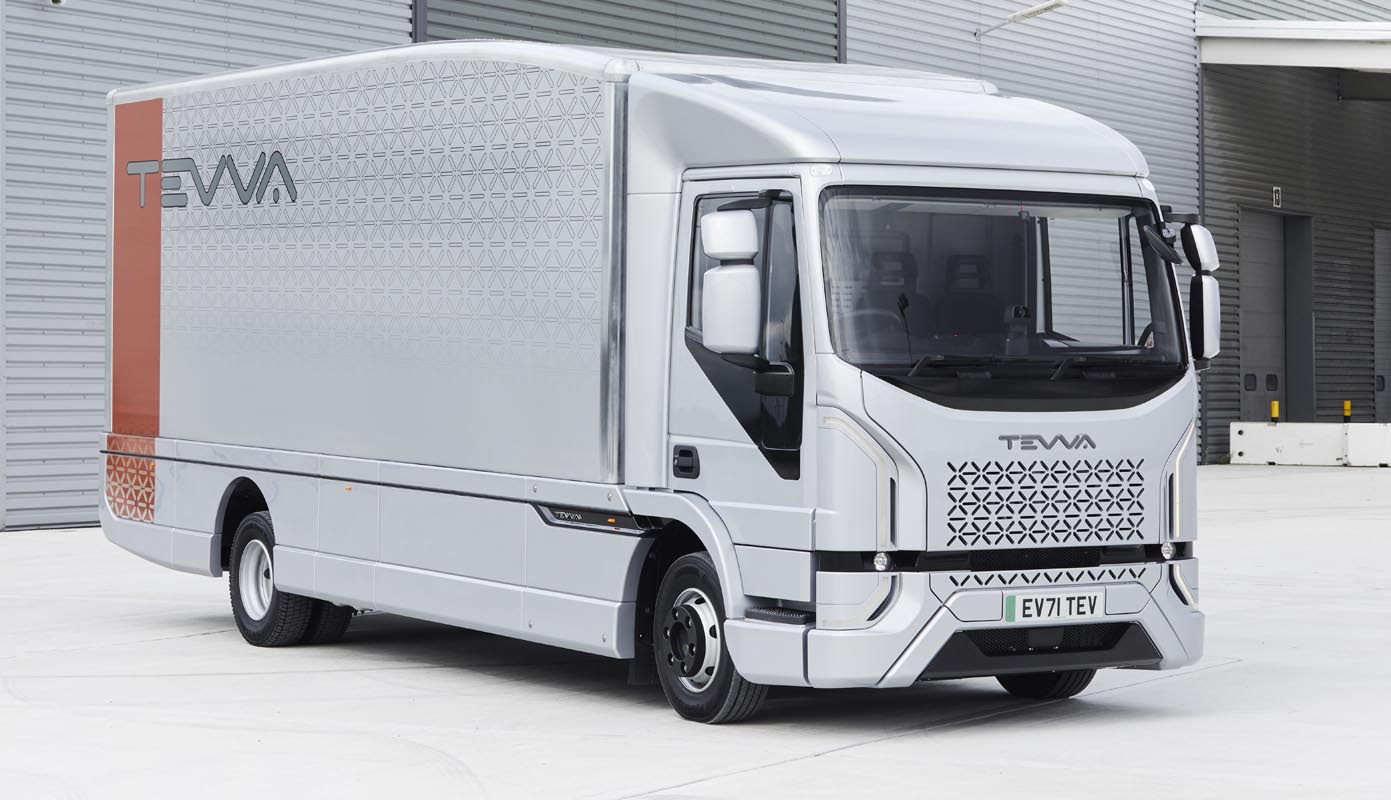 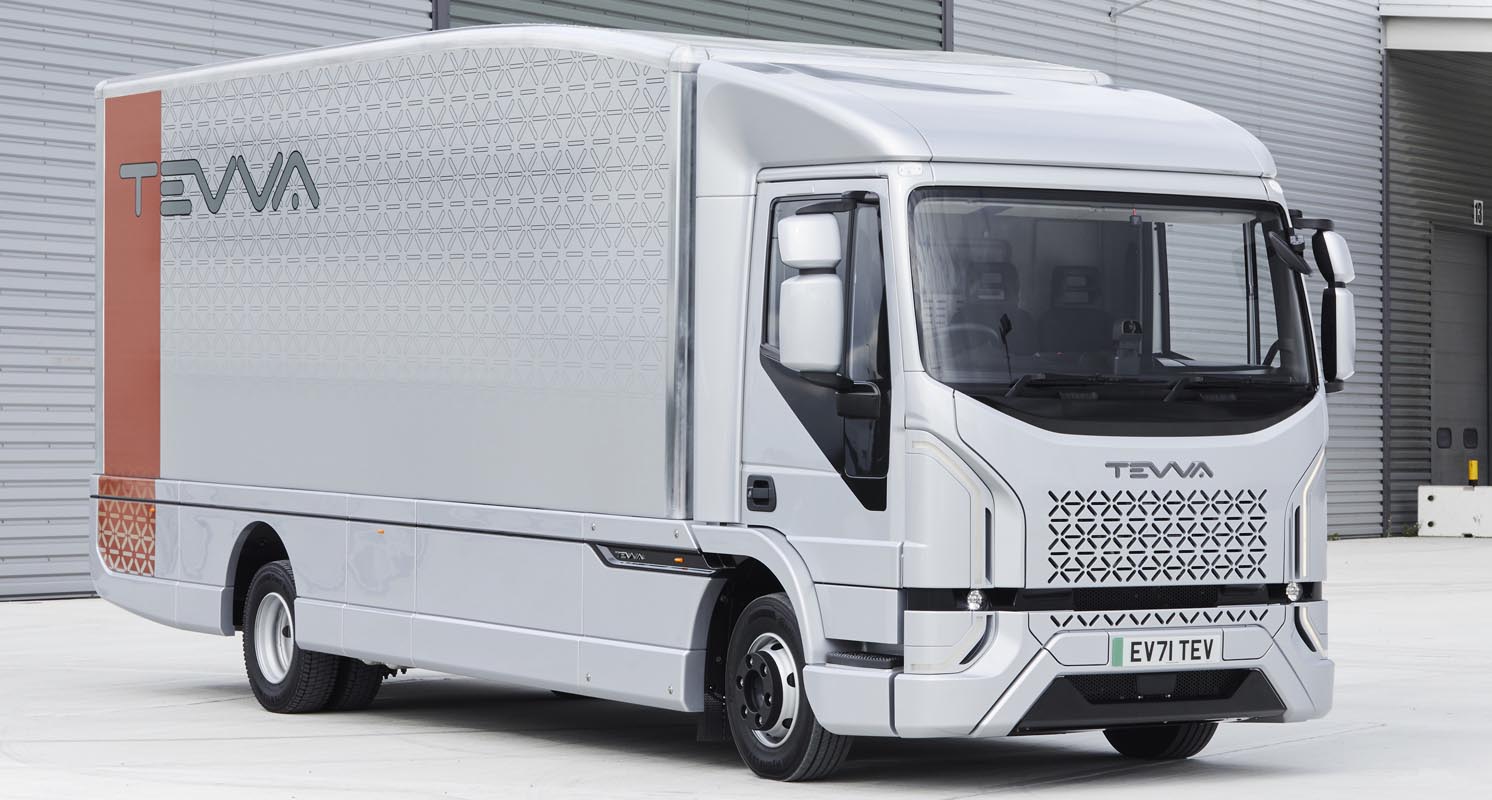 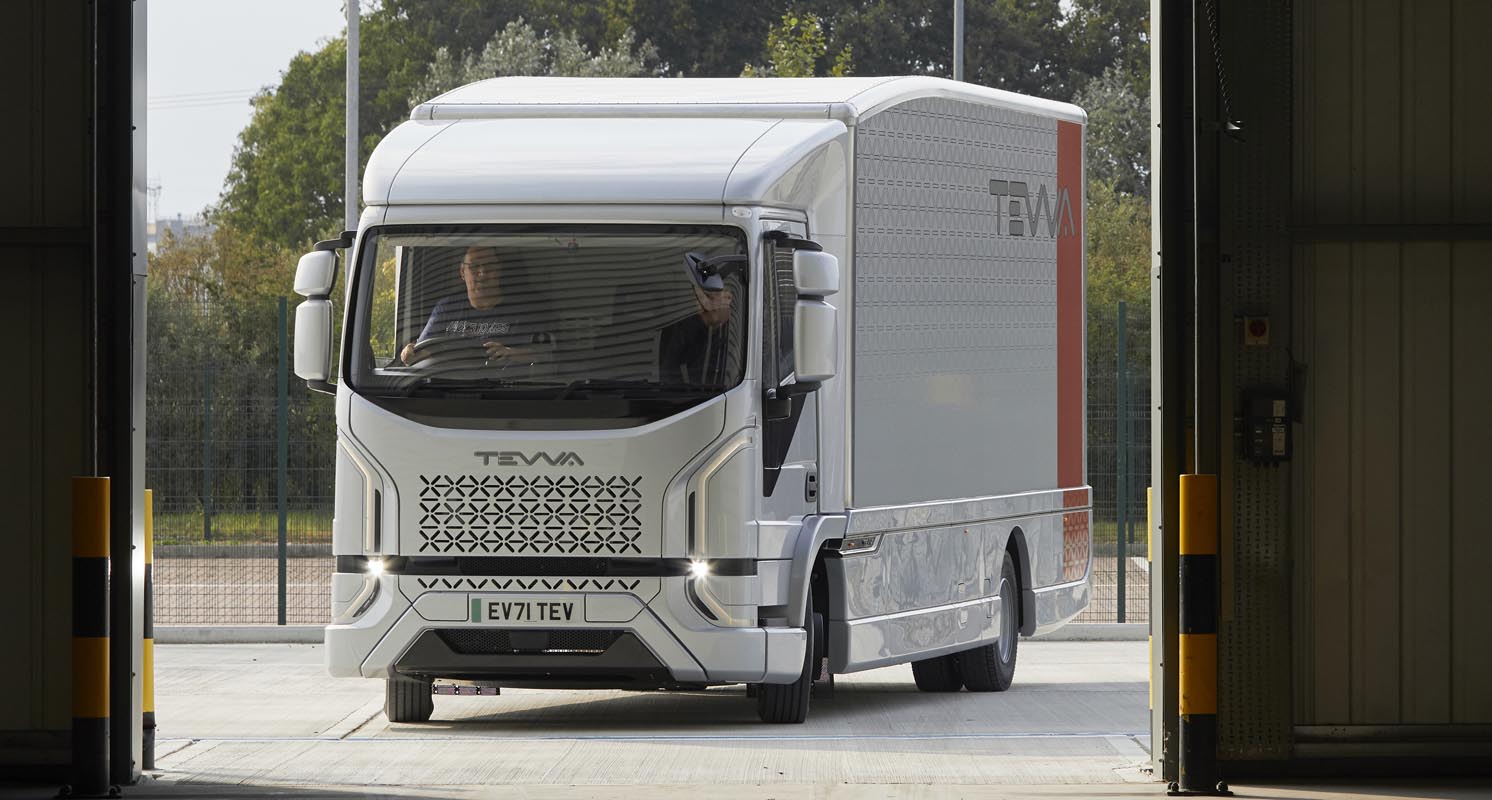 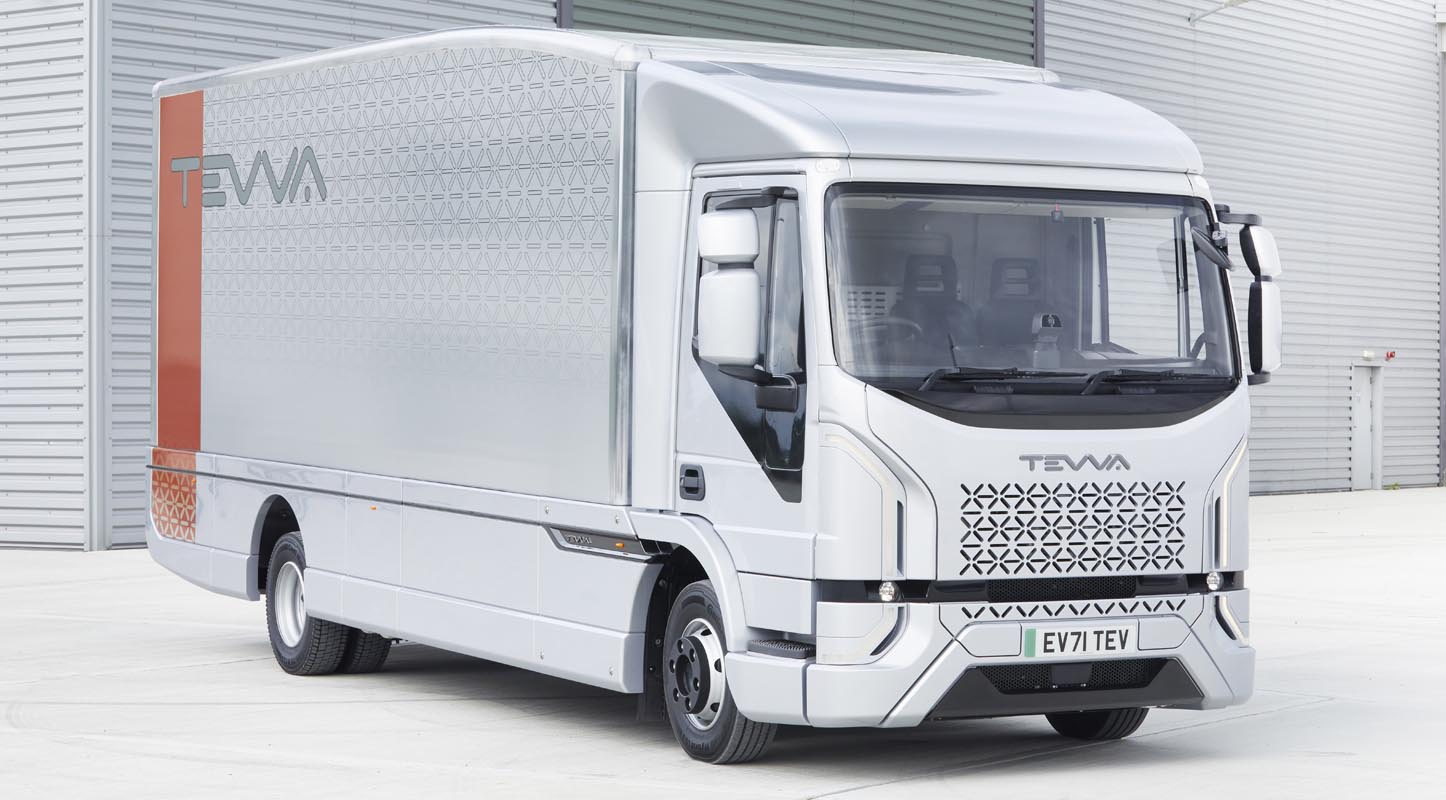 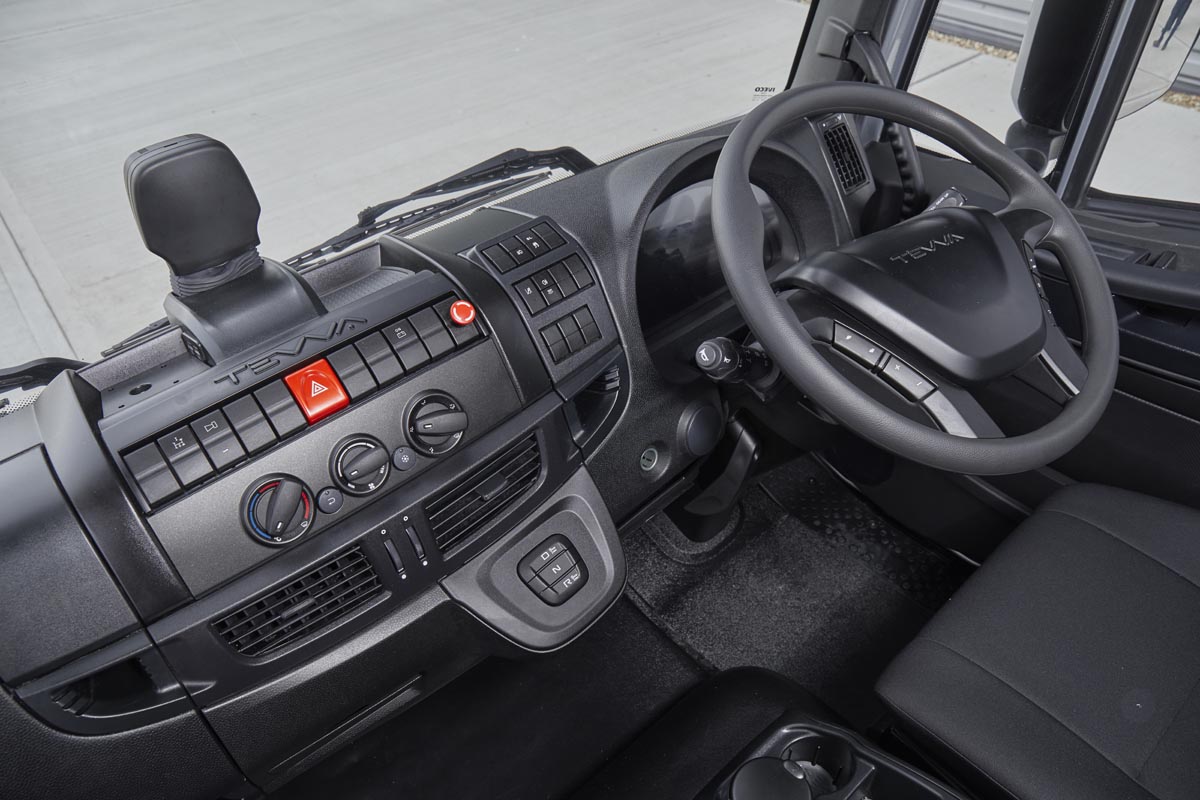 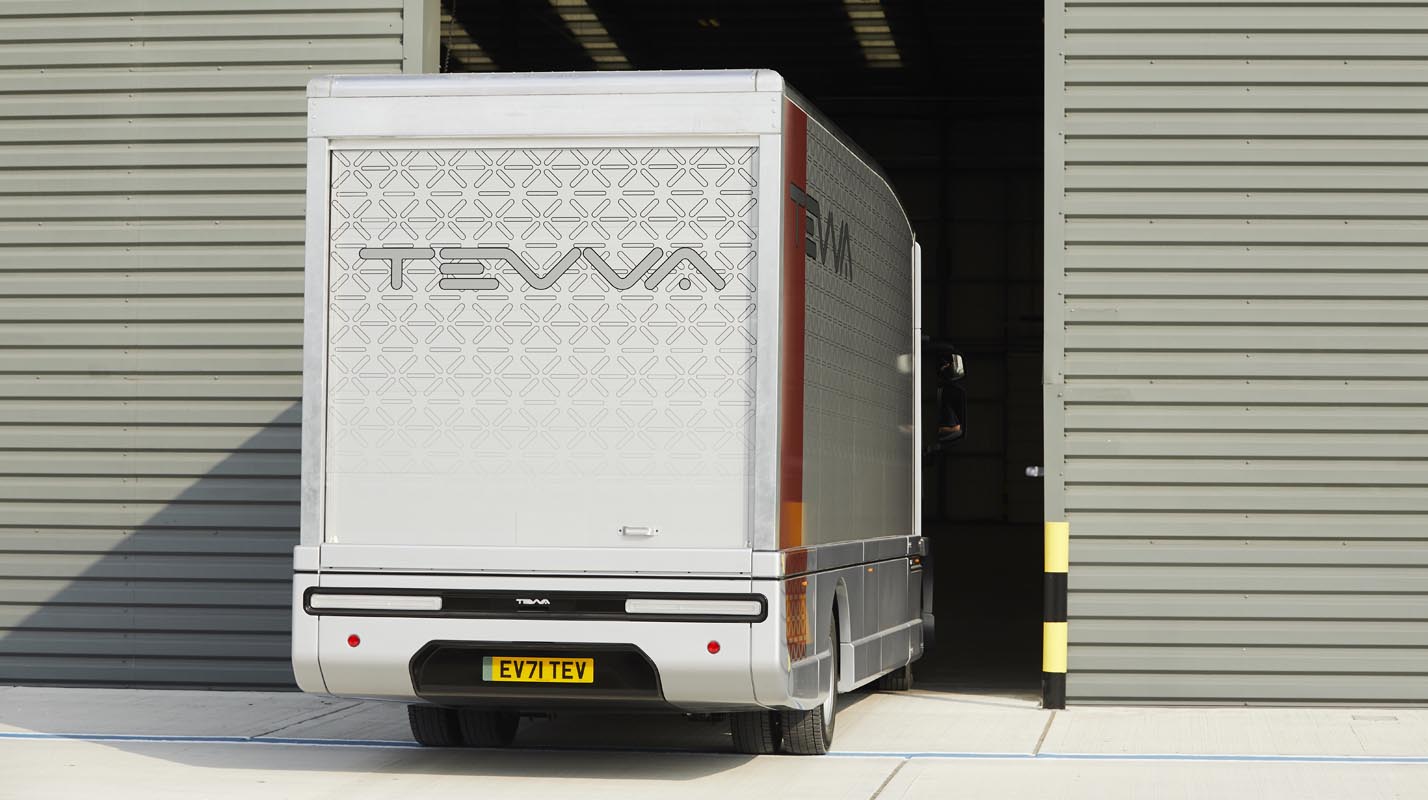 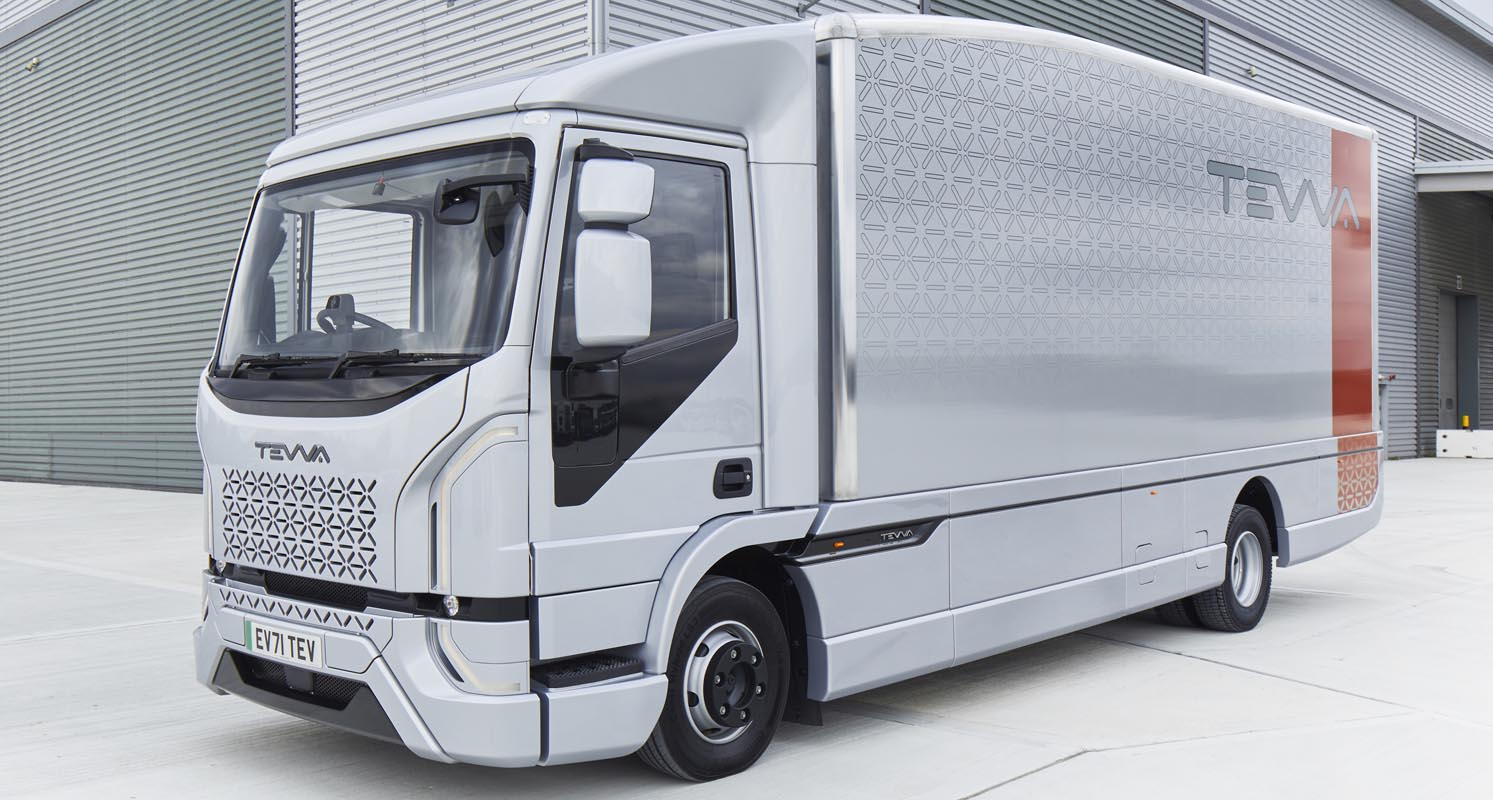 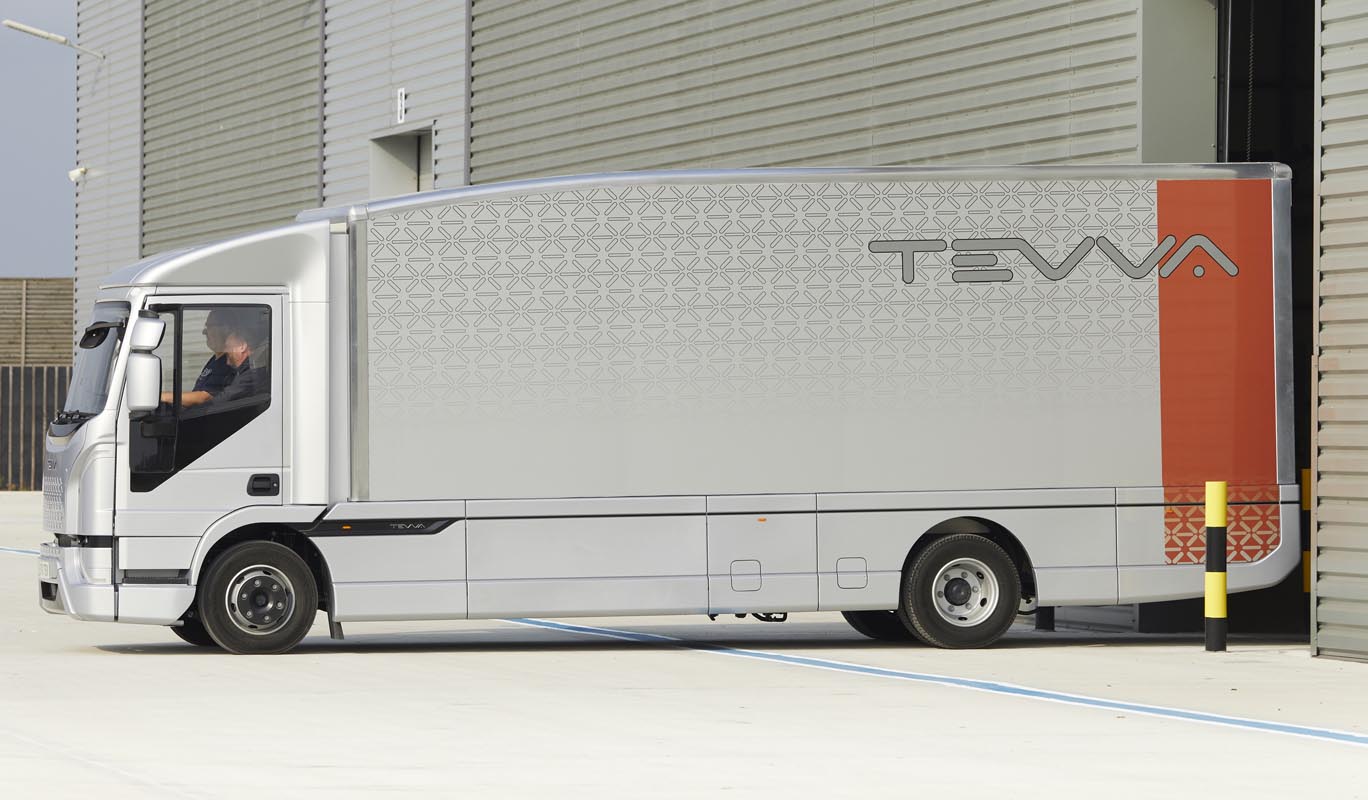 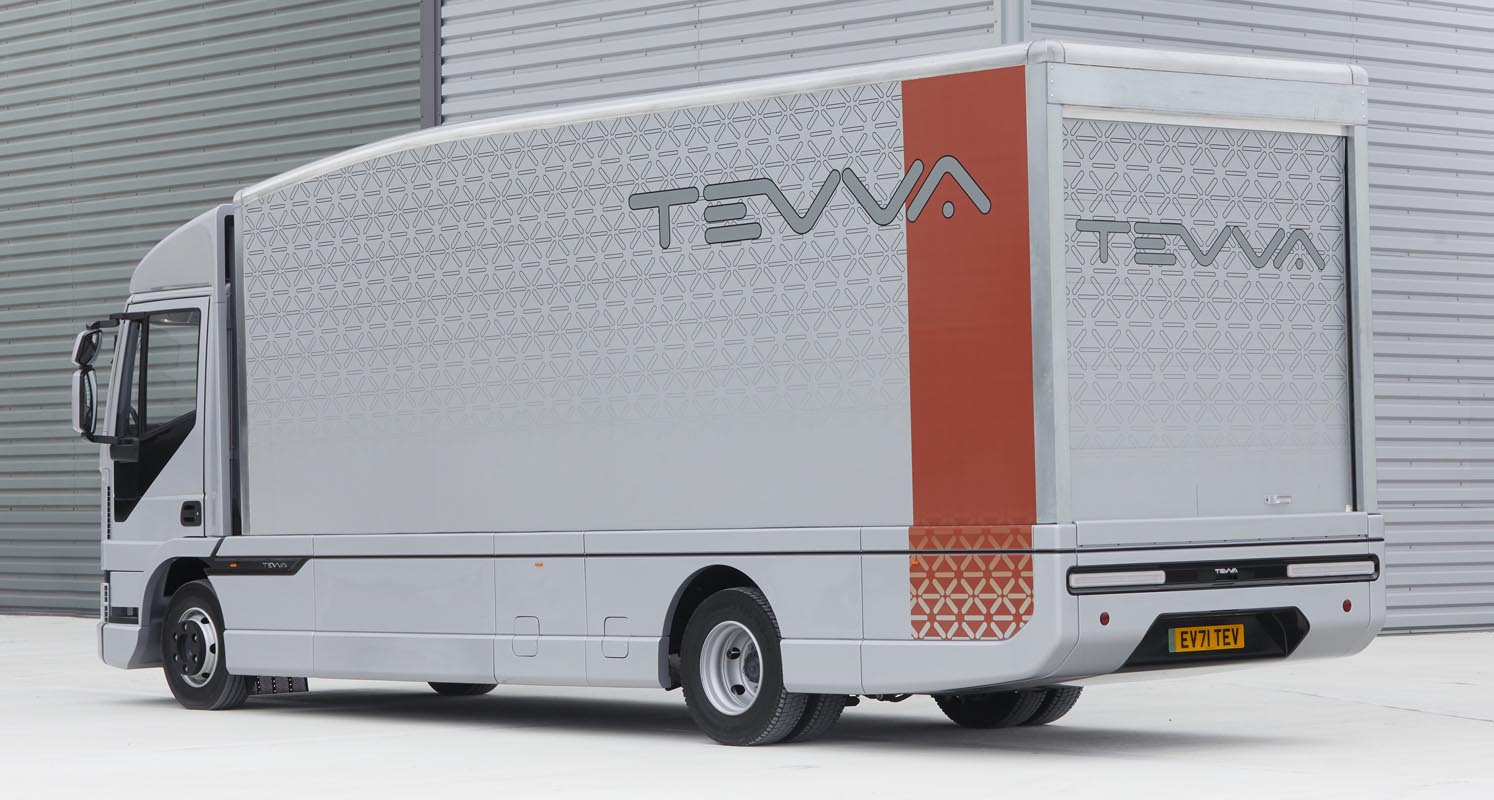 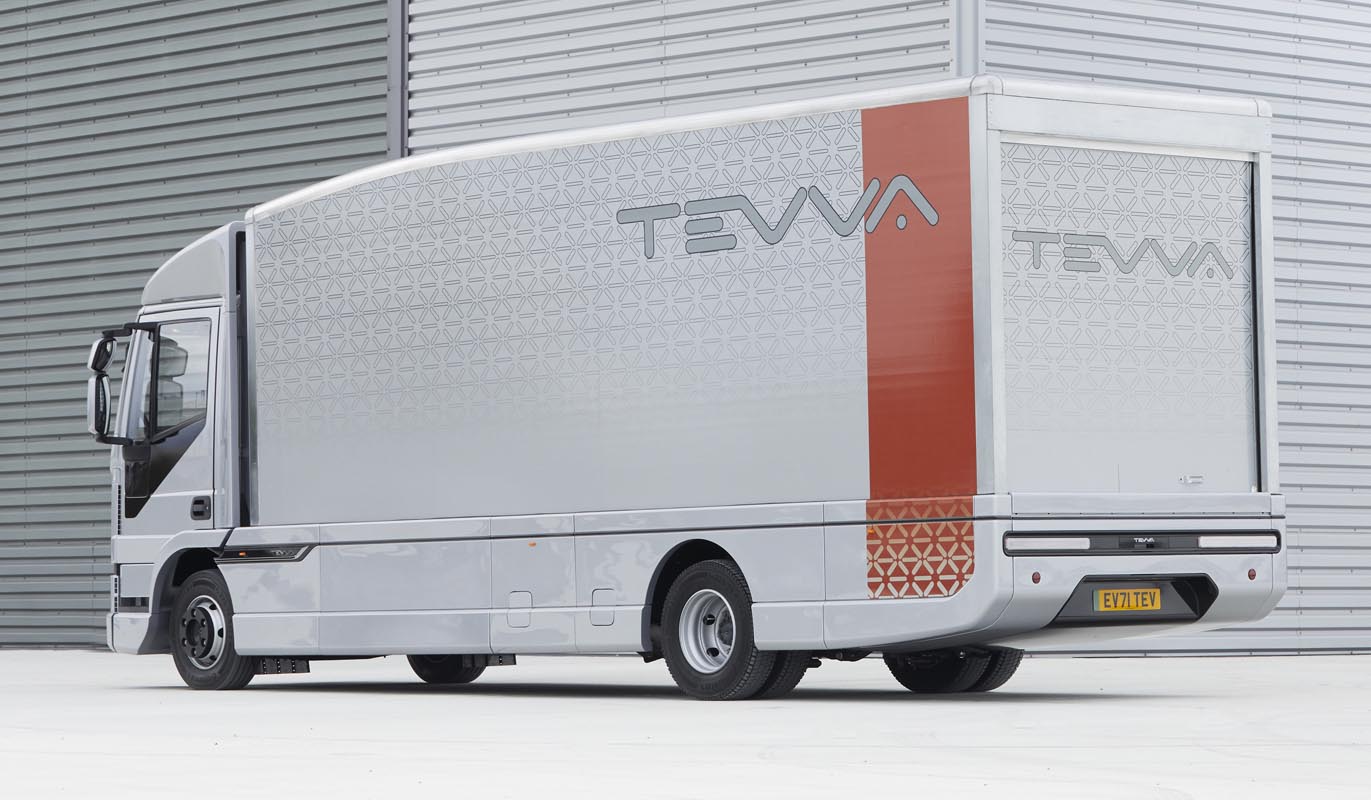 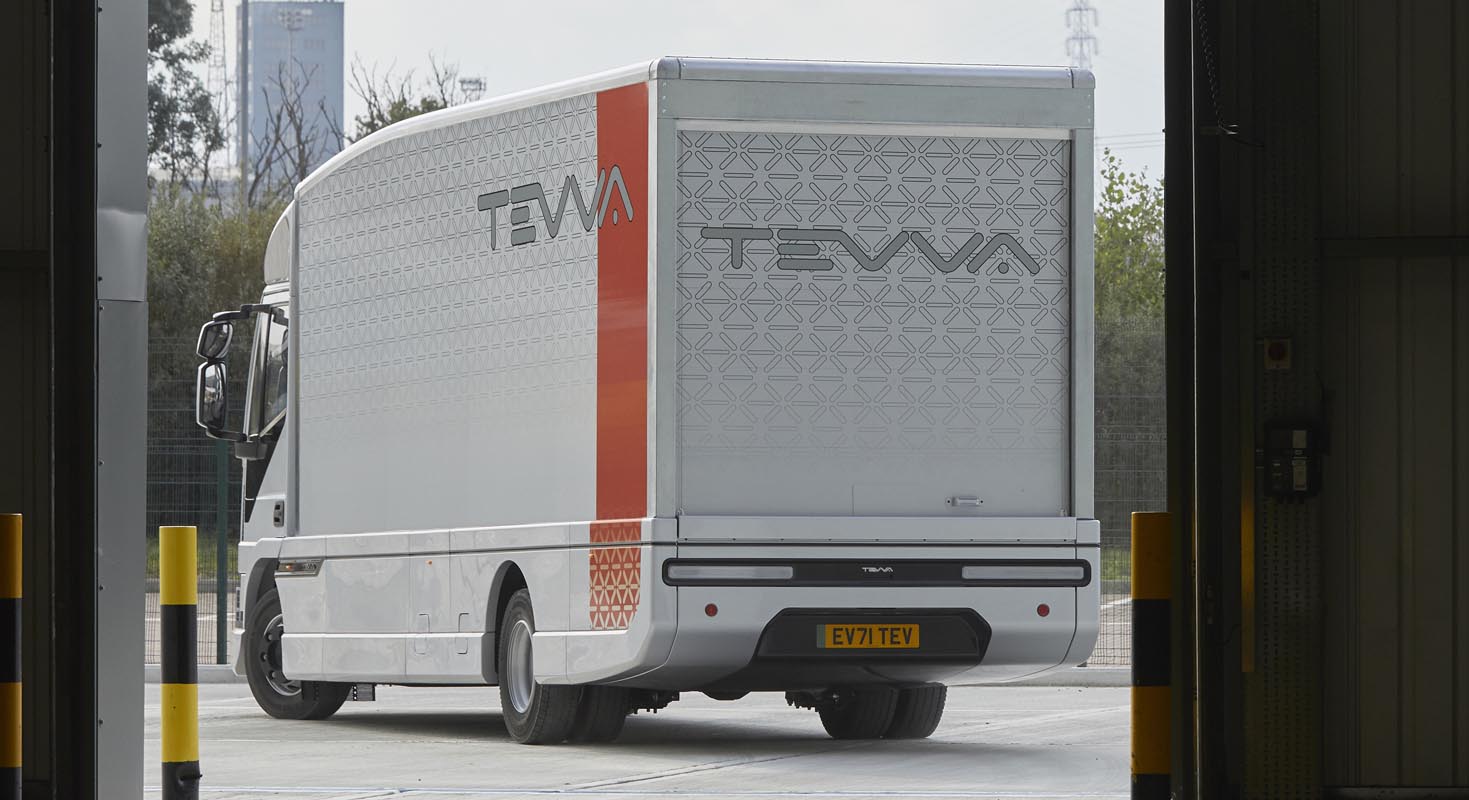 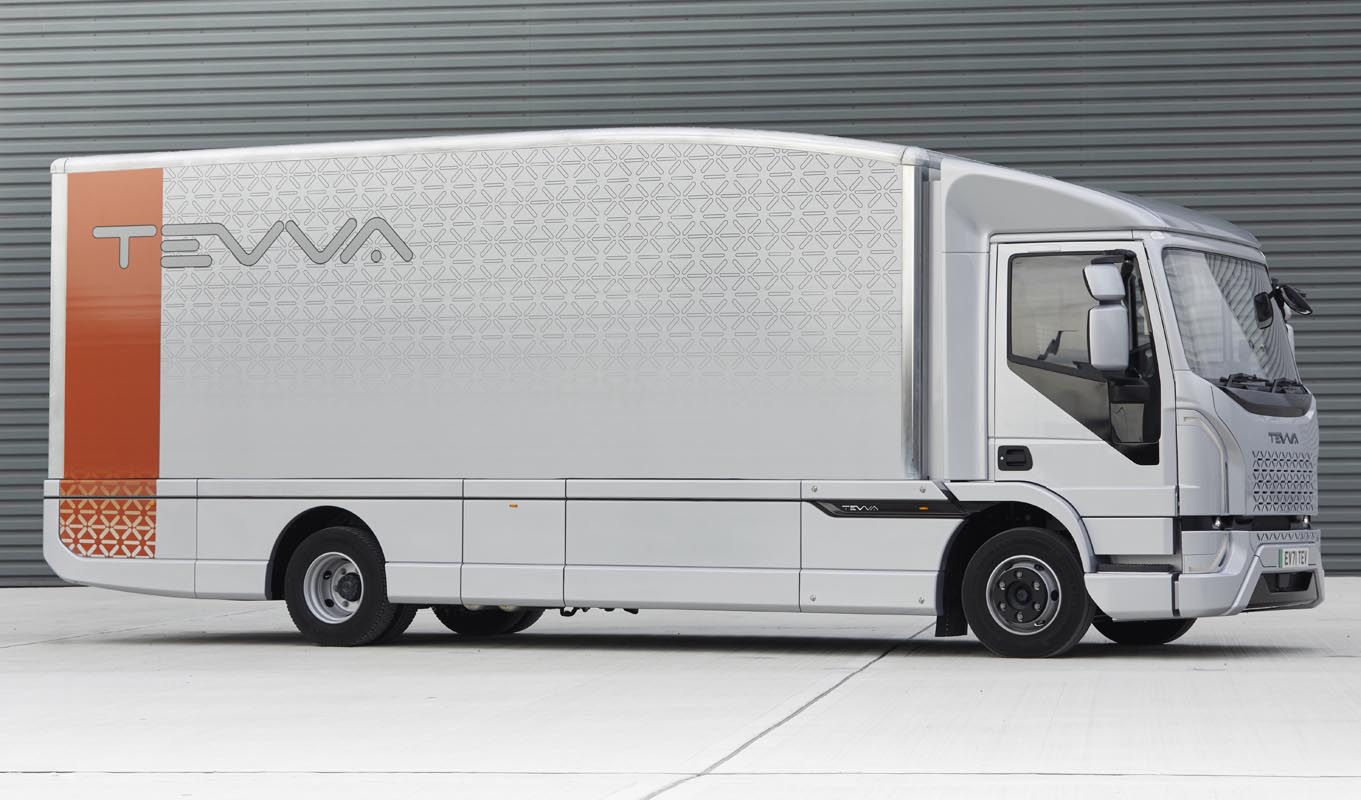 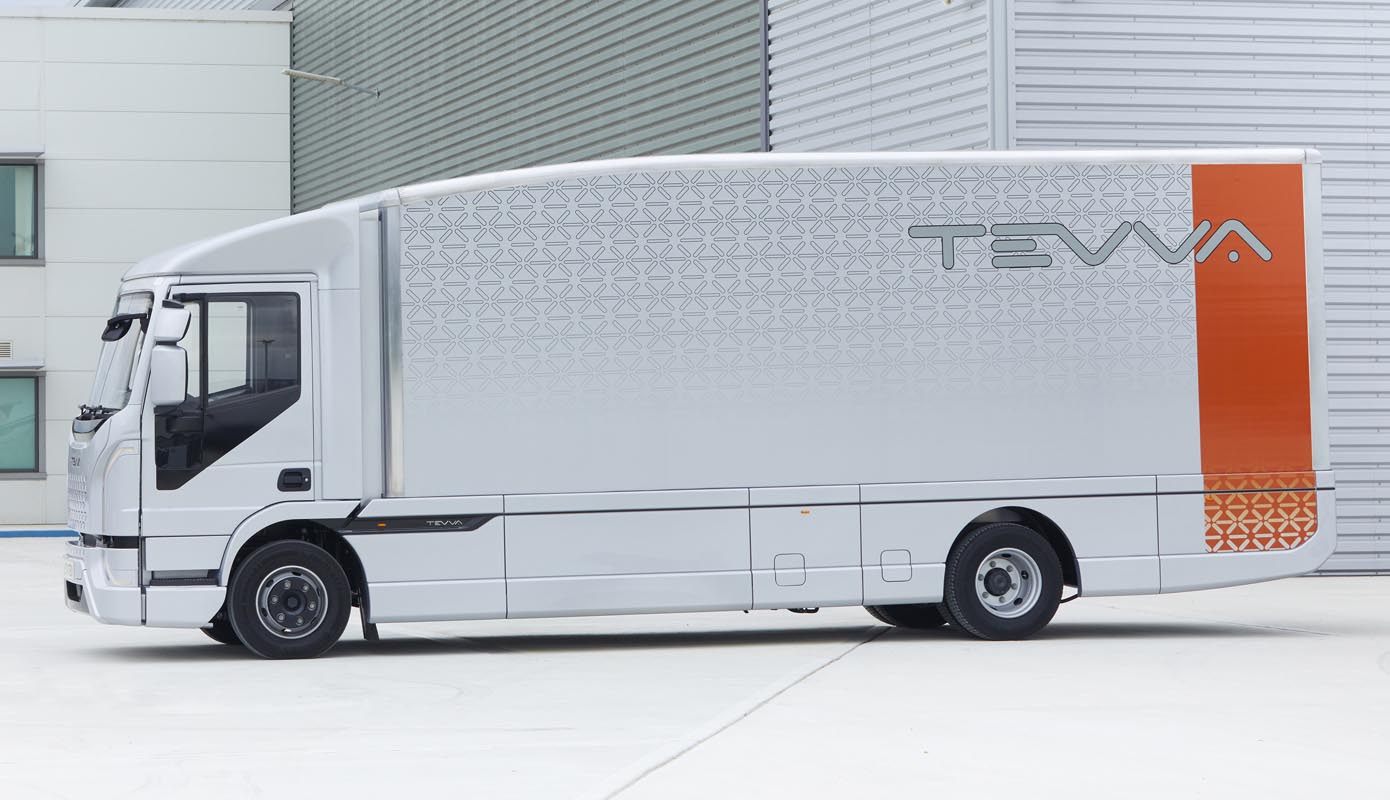 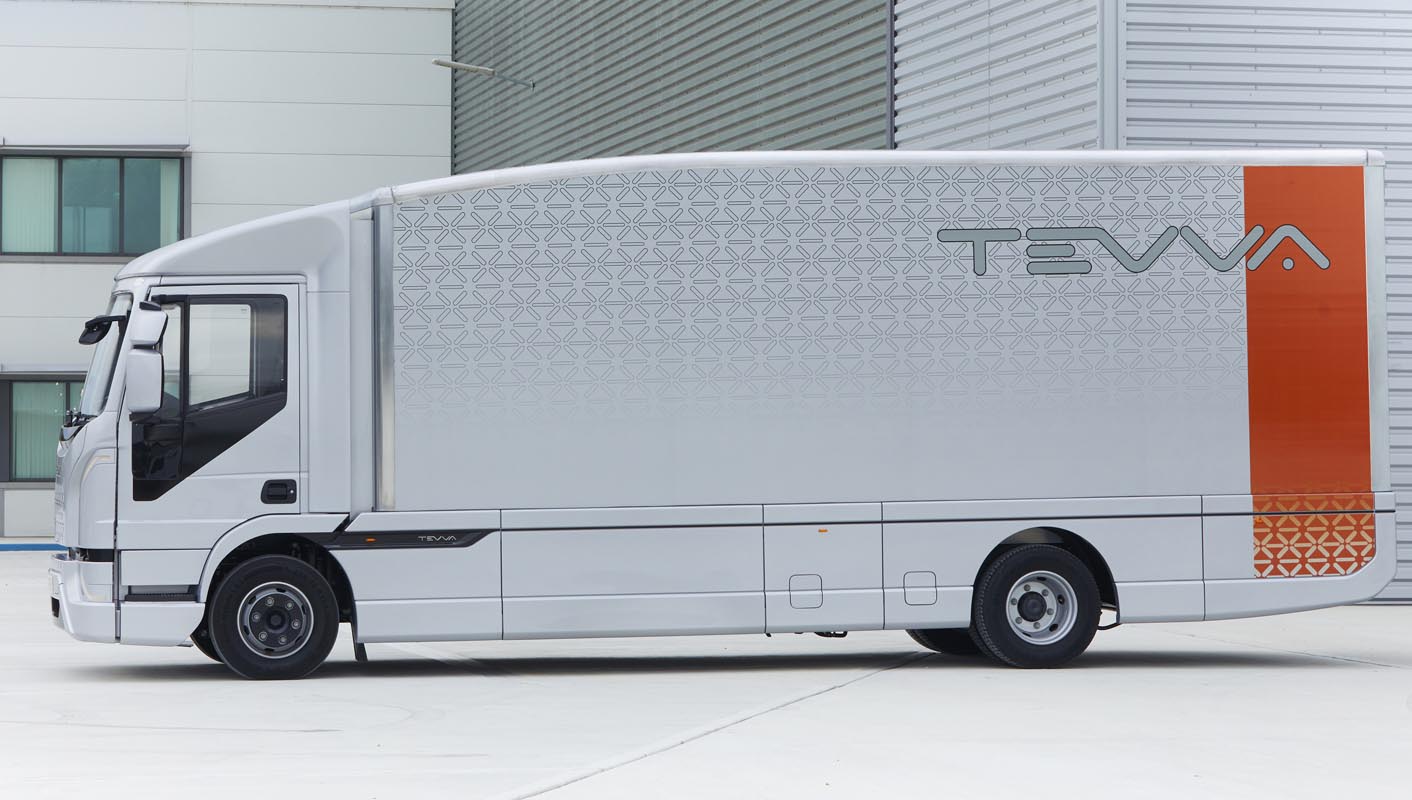 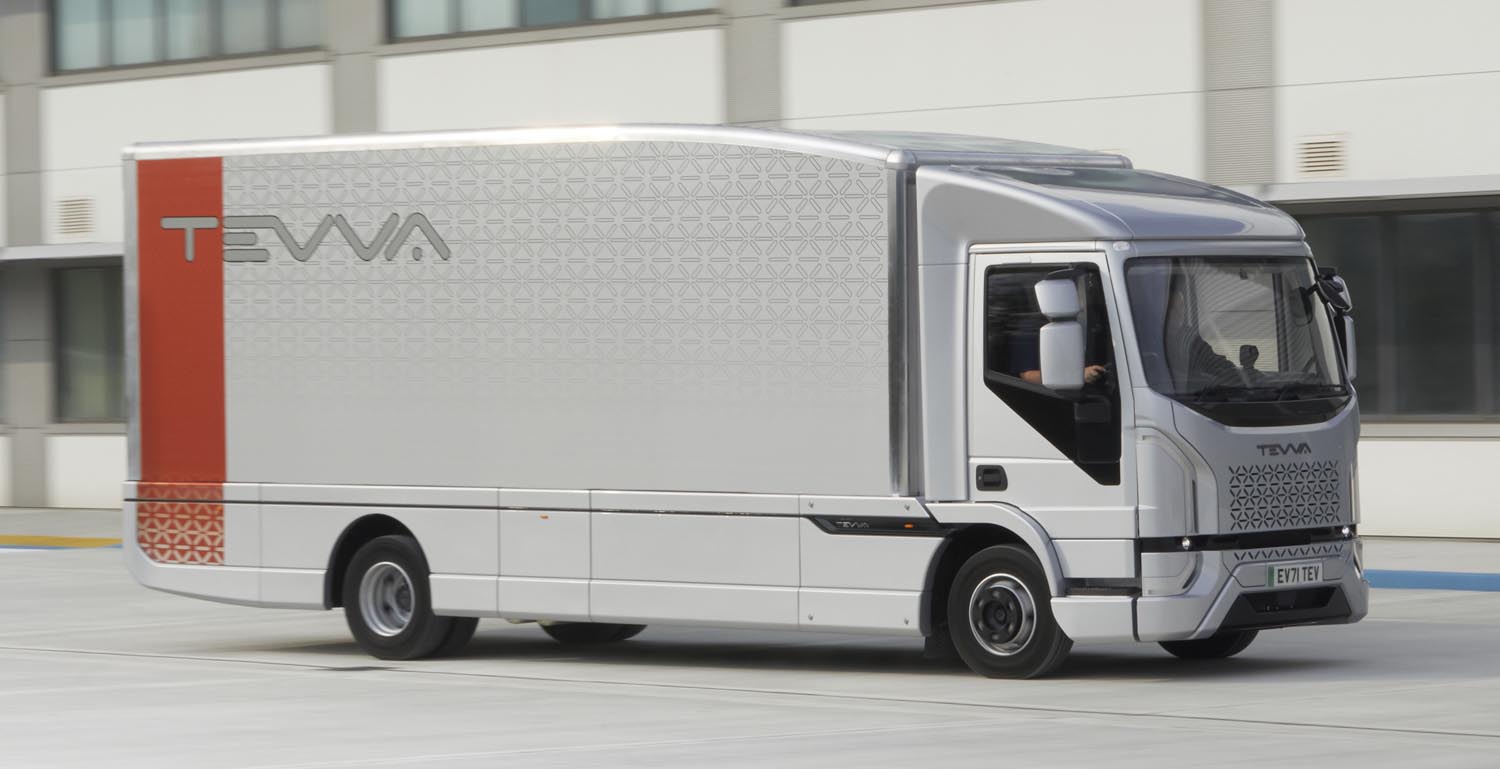 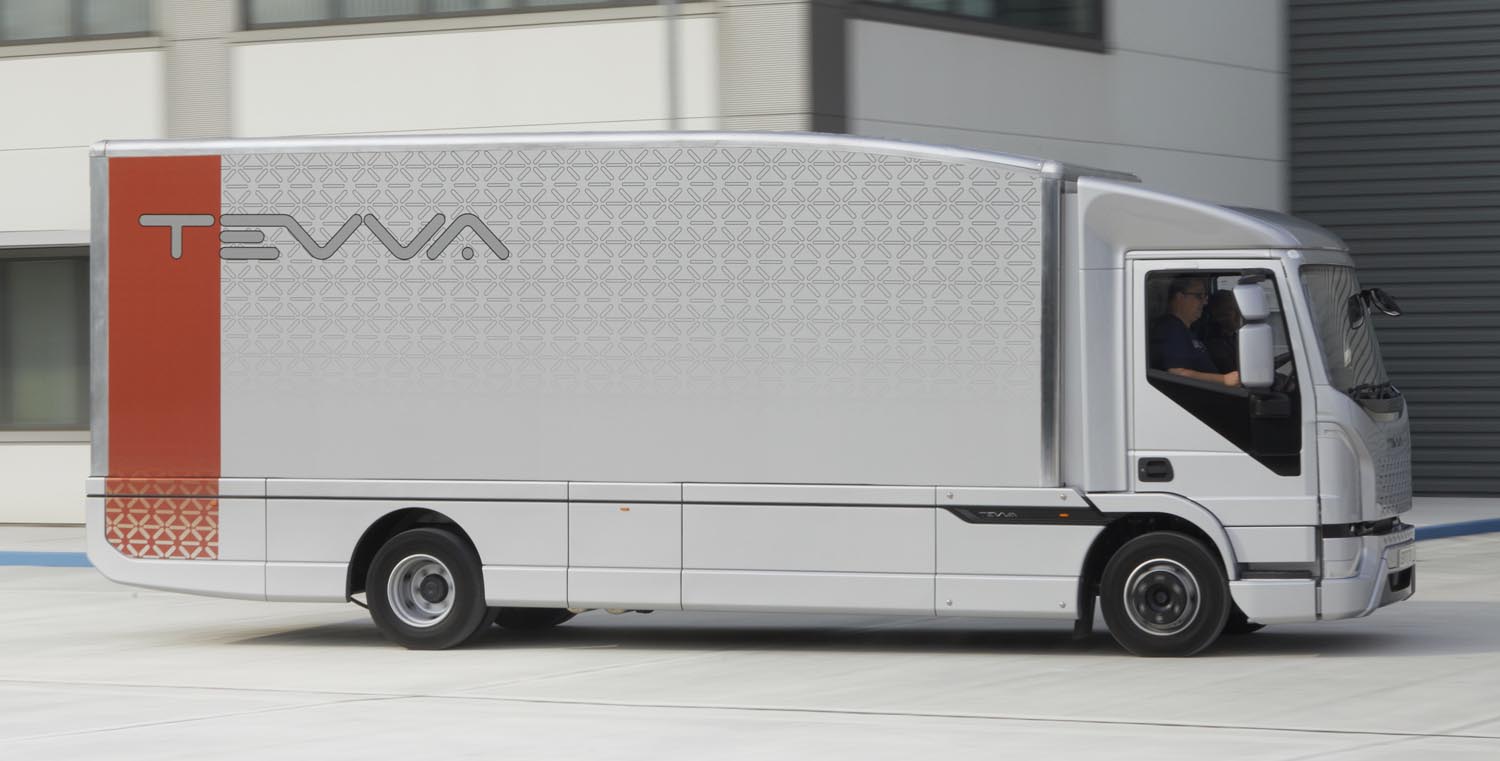