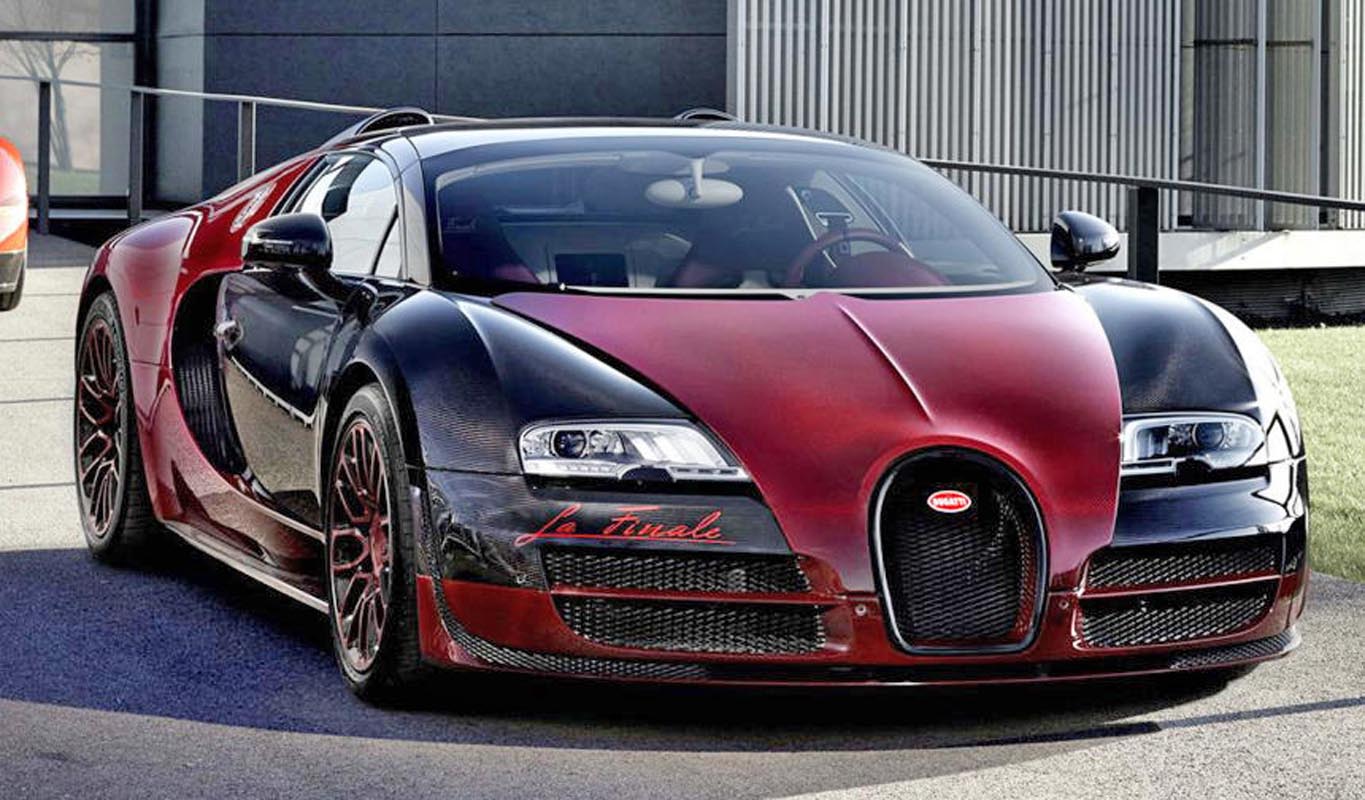 1,200 PS in a roadster – with the introduction of the Veyron 16.4 Grand Sport Vitesse in 2012, Bugatti set new standards of power and performance from a roadster. A year later, the extraordinary hyper sports car cemented its unique status in the automotive world by hitting a top speed of 408.84 km/h – establishing itself as the world’s most powerful and fastest production roadster, a record for open-top vehicles that still stands today.

President of Bugatti Automobiles Christophe Piochon remembers how, after the Veyron 16.4 Super Sport coupé introduced the world to the 1,200 PS W16 engine, customers expressed their desire for an open-top version which boasted the same inconceivably high power output. The engineers spent the subsequent months developing the Veyron 16.4 Grand Sport Vitesse.

The greatest challenge when it came to the new roadster was achieving sufficient driving stability and redefining the rollover protection and the removable roof of the predecessor Veyron 16.4 Grand Sport. The Veyron’s very specific structural design needed to be further reinforced. To achieve this, a removable roof module made from lightweight polycarbonate was created, which made open-top driving possible in just a few manual steps. What sounds straightforward was in reality anything but – in the coupé the roof is an integral part of the monocoque frame that helps provide the car with its outstanding stability. In the roadster, reinforcements with extremely high torsional rigidity of 22,000 Nm per degree along calculated load paths had to be added to achieve the necessary rigidity and safety standards.

The extremely sturdy and light passenger compartment built in the monocoque design required an optimum combination of body rigidity and lightweight construction. If an integral part of the structure – i.e. the roof – is removed, the load paths need to be redefined in order to maintain the vehicle’s high rigidity and crash safety that include side impact and rollover protection.

The monocoque was consequently reinforced around the side skirts and the transmission tunnel, and the B pillars were laterally stiffened by a carbon fiber support. A central carbon plate beneath the transmission tunnel served to ensure the vehicle was less prone to torsional flexing than any other roadster. In addition, the side doors of the Veyron 16.4 Grand Sport Vitesse are made from carbon fiber and disguise an integrated longitudinal support with pins that passes the load from the A pillar to the B pillar in the event of an accident, reducing impact force. 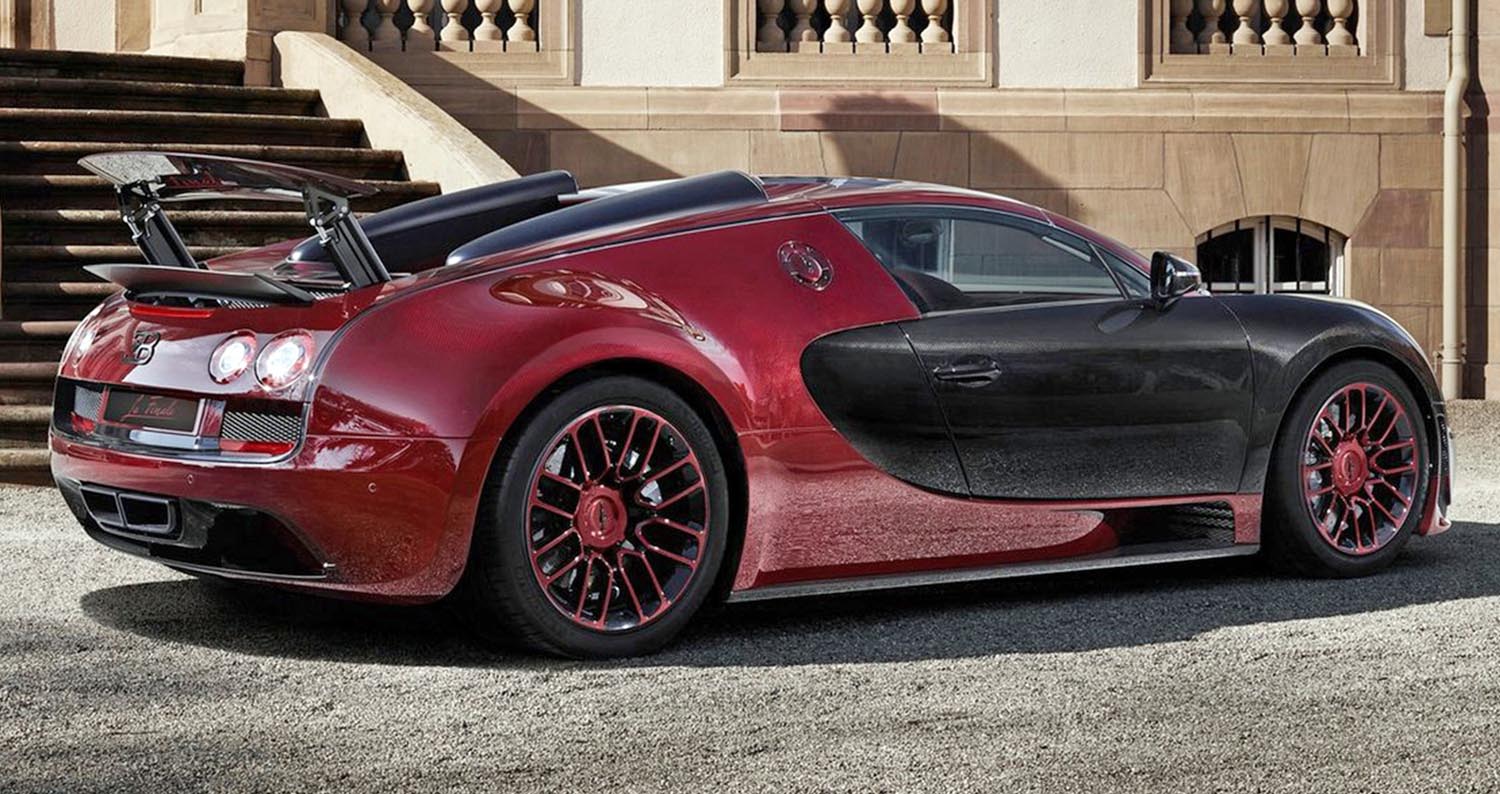 “Minus the roof, the Veyron 16.4 Grand Sport Vitesse demonstrates just how unparalleled Bugatti’s engineering expertise is. Although the weight distribution is completely different when the roof is down, the vehicle remains stable and accelerates just as impressively as it does with the roof closed,” explains Christophe Piochon. “With the Veyron 16.4 Grand Sport Vitesse, Bugatti proved it was possible to build an open-top hyper sports car with very high performance and power output that drives extremely dynamically and very comfortably.”

The design of the car was also overhauled; the front of the Veyron 16.4 Grand Sport Vitesse features wide air intakes as on the Veyron 16.4 Super Sport. The bottom air slot extends sidewards into the wheel well, giving the roadster an extremely commanding appearance. Directly below the air intake is a new front spoiler. A double diffuser, a central twin-pipe exhaust system, and a roof edge spoiler all combine to give the rear of the car an incredibly striking design. In contrast to the coupé, the roadster’s skin is made entirely from carbon. Bugatti therefore also offers the option of clear, visible carbon paintwork.

Unlike the Veyron 16.4 Super Sport, but like all the other Veyron models, the Veyron 16.4 Grand Sport Vitesse has two air scoops on each side of the engine cover. In the roadster, these serve two purposes: firstly, they suck in air for the 16-cylinder engine and, secondly, they are an elegantly integrated part of the rollover protection.

Bugatti also strengthened all the powertrain components, including the gearing of the seven-speed dual-clutch transmission (DSG). A fuel system taken from the Veyron 16.4 Super Sport that features a four-pump tank supplies the engine with sufficient fuel. To reliably and comfortably put the power on the road, Bugatti retuned the chassis including ESP, tires, and brakes – all of which bring the roll and pitch down to an almost imperceptible minimum.

“The internal noise and turbulence are reduced to a minimum thanks to the roof edge spoiler and an elaborately designed wind deflector. Even at top speeds of over 200 km/h, the passengers can still hold a conversation with the top down,” relates Christophe Piochon. “This was us catering to a fundamental customer wish.” In addition to carbon, aluminum, and magnesium, Bugatti included a special moisture-resistant leather with fine backstitching in the interior.

The Veyron 16.4 Grand Sport Vitesse was to be the last model in the Veyron series, with the 2013 version created as part of the Les Légendes de Bugatti range. Les Légendes de Bugatti celebrated not only six historical Bugatti individuals – Jean-Pierre Wimille, Jean Bugatti, Meo Costantini, Rembrandt Bugatti, Black Bess, and Ettore Bugatti – but also Bugatti’s unique creativity and craftsmanship. To this end, for the Les Légendes de Bugatti edition of the Veyron 16.4 Grand Sport Vitesse, the designers used finishing methods and materials never before seen like this in a vehicle. All the Légendes models, which were limited to just three vehicles each, sold out immediately. 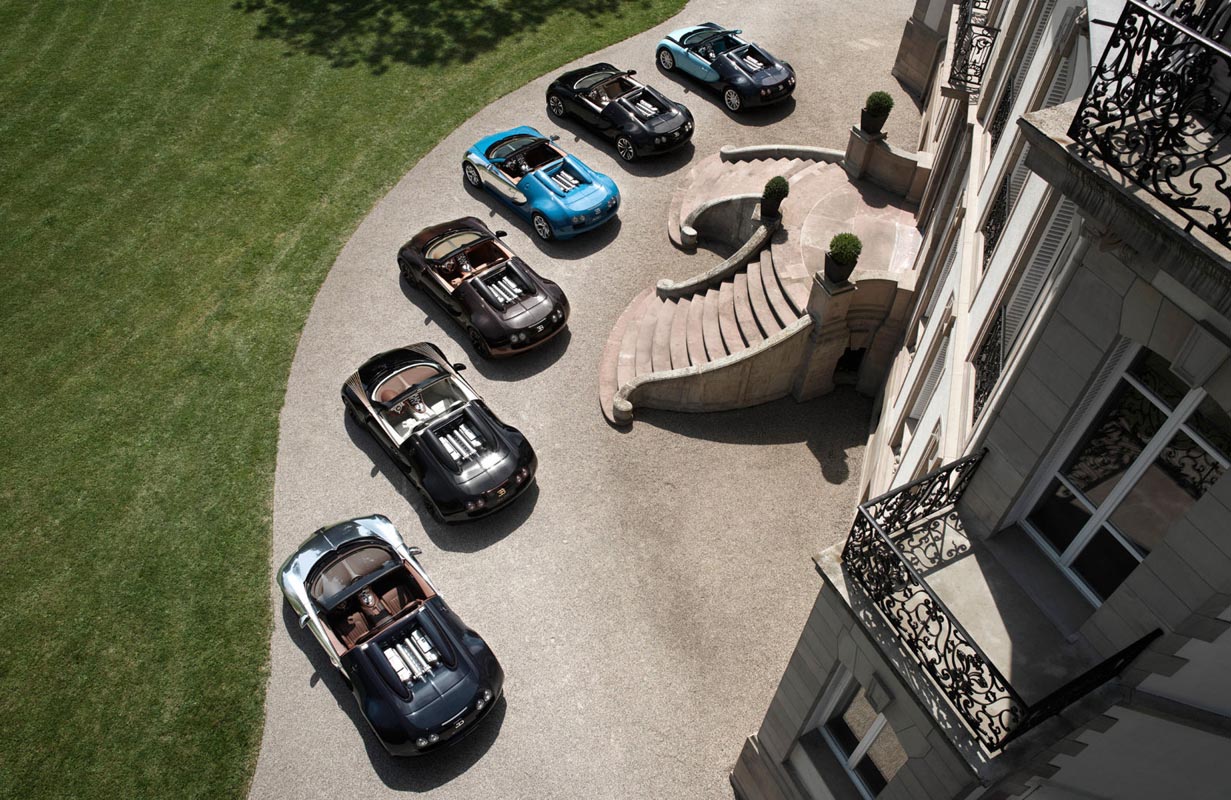 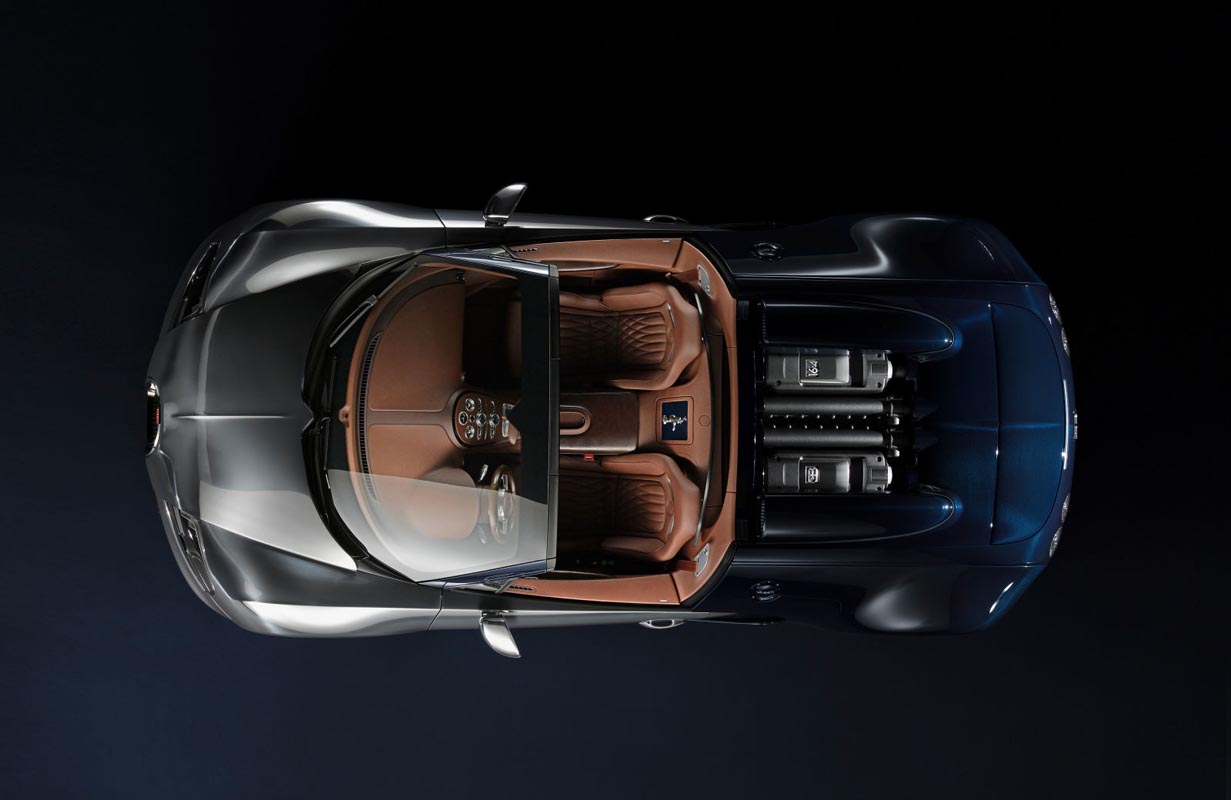 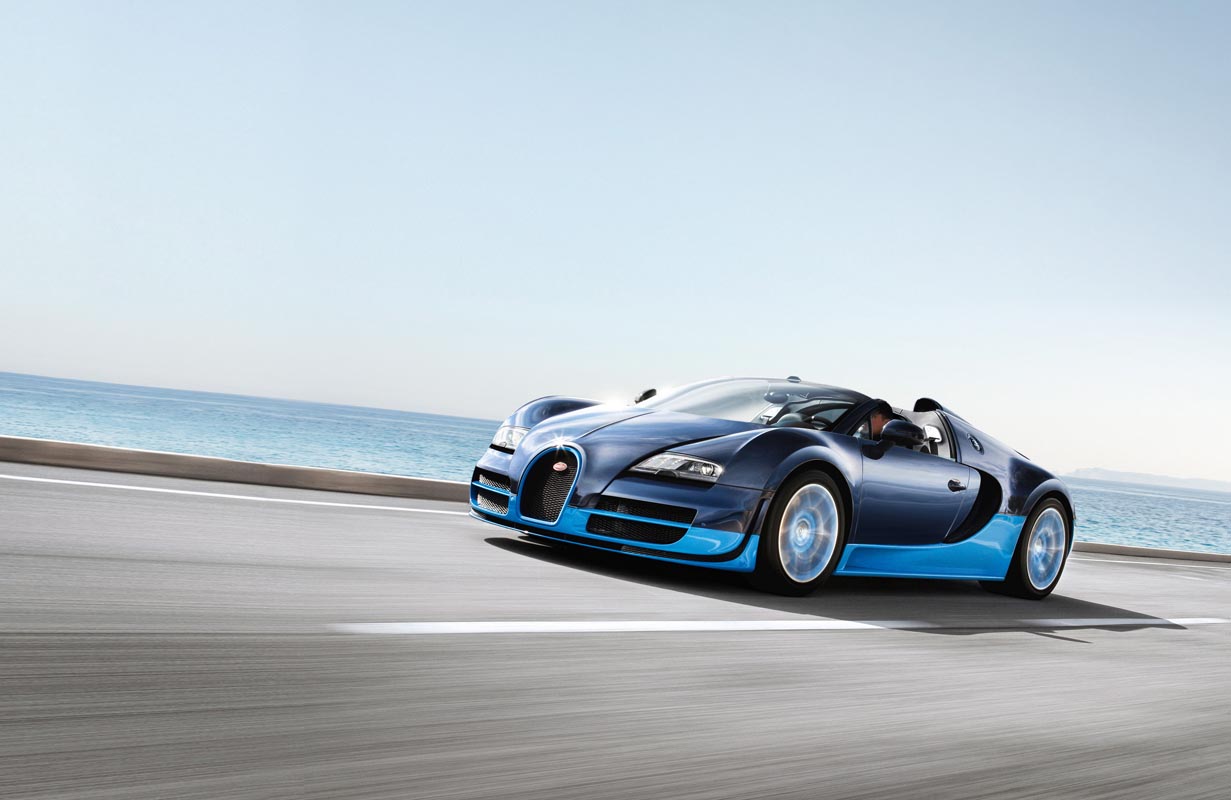 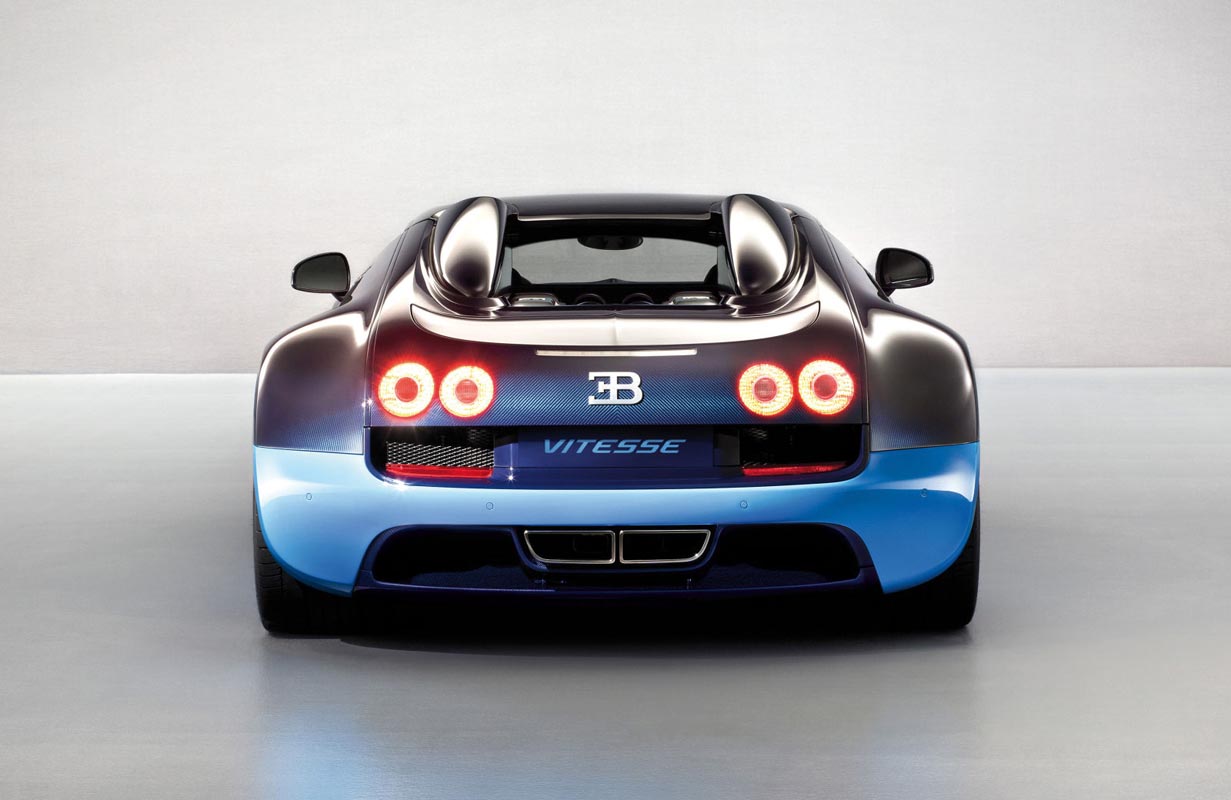 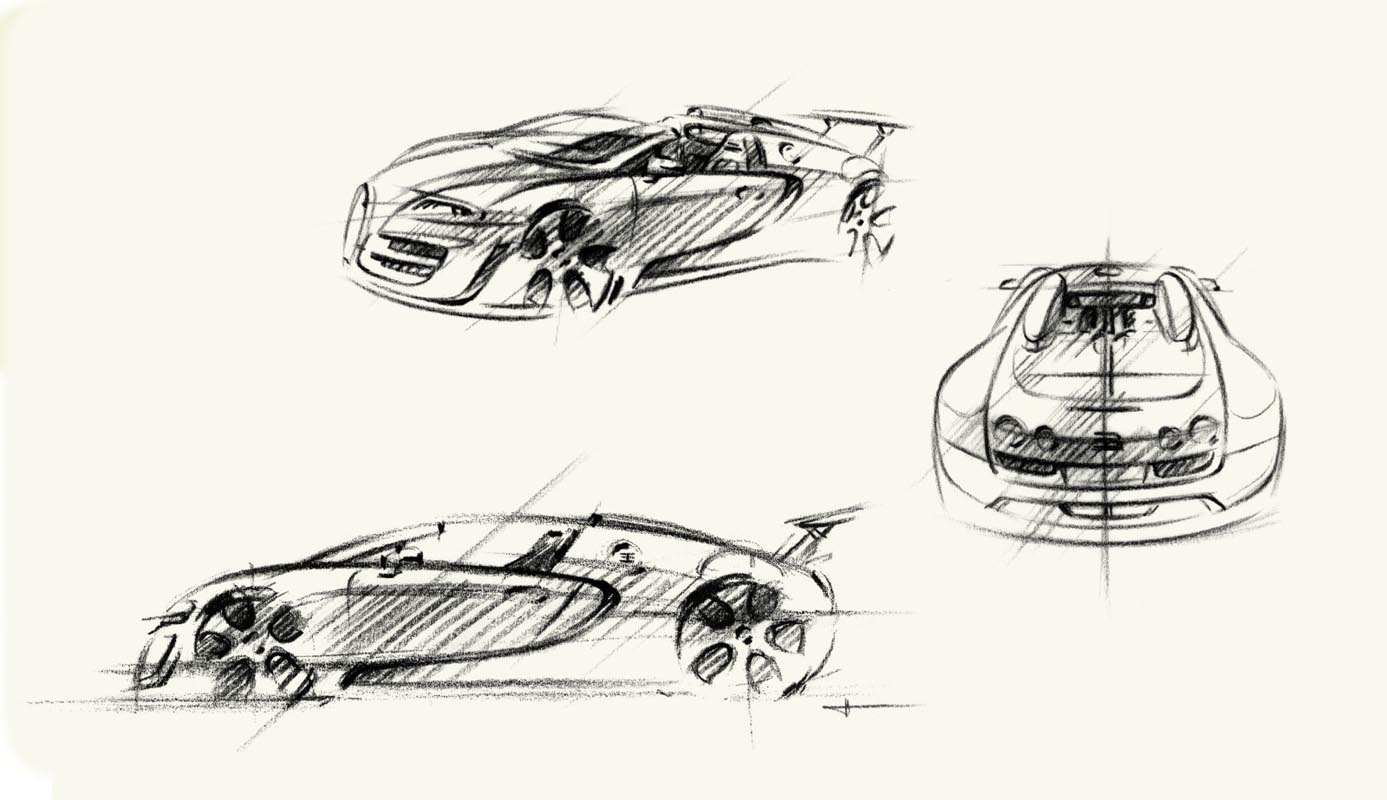 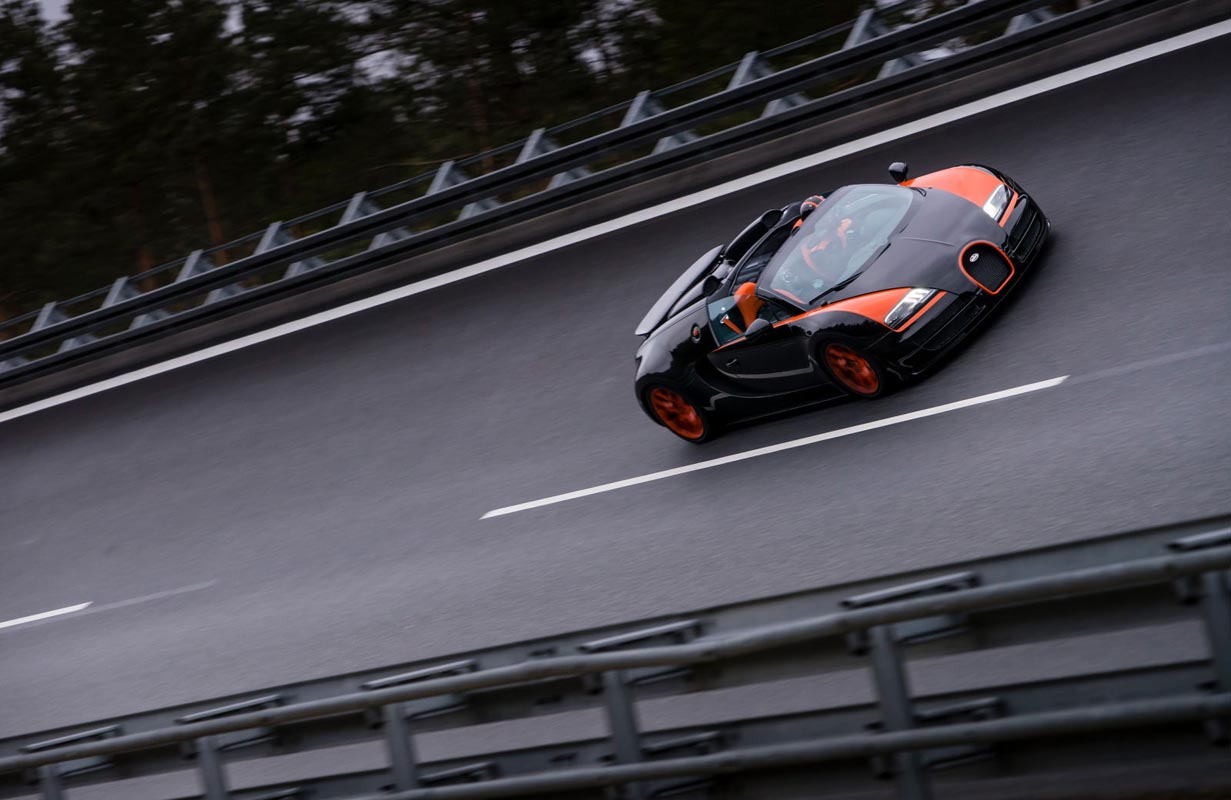 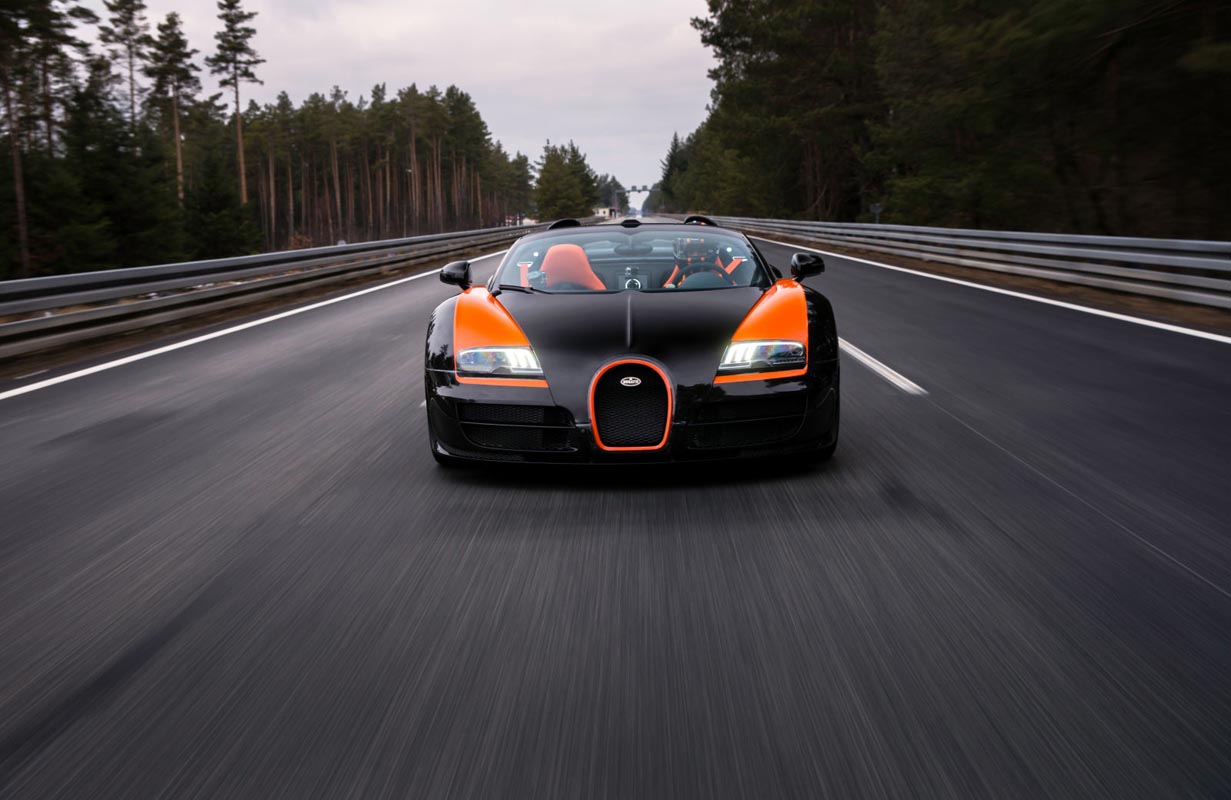 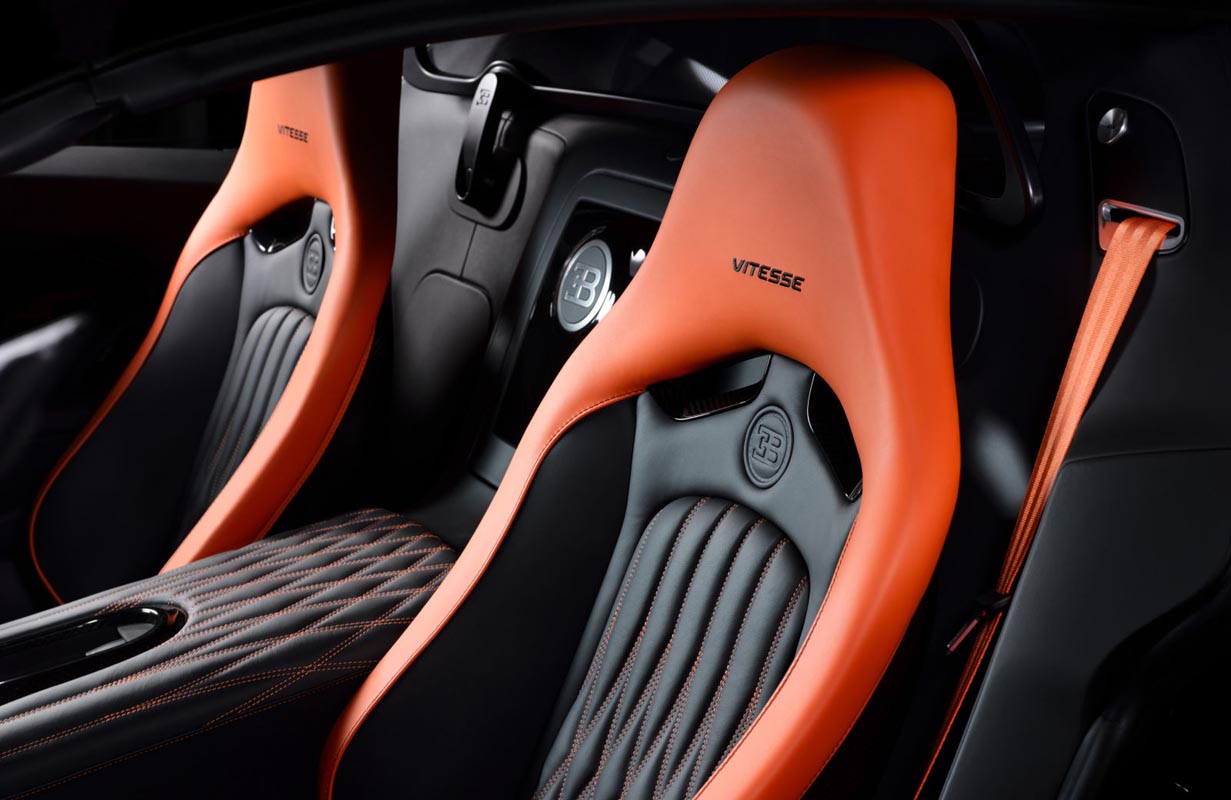 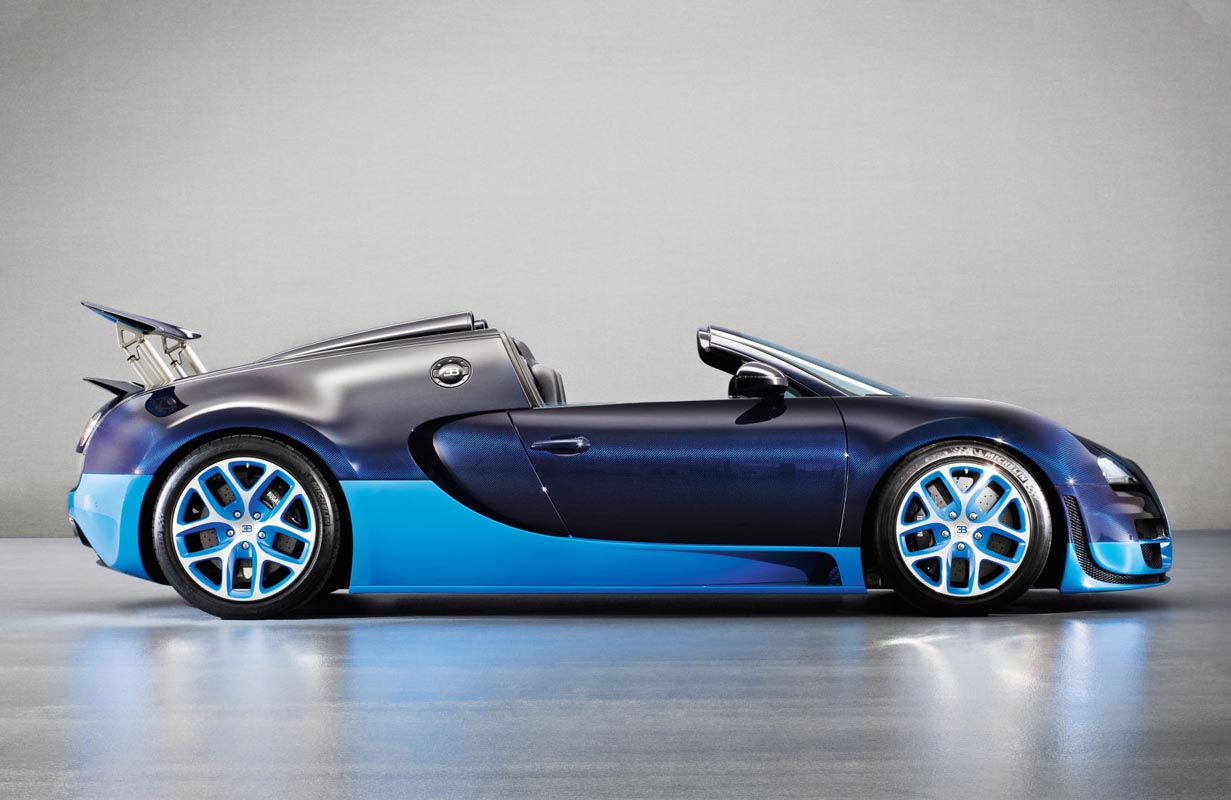 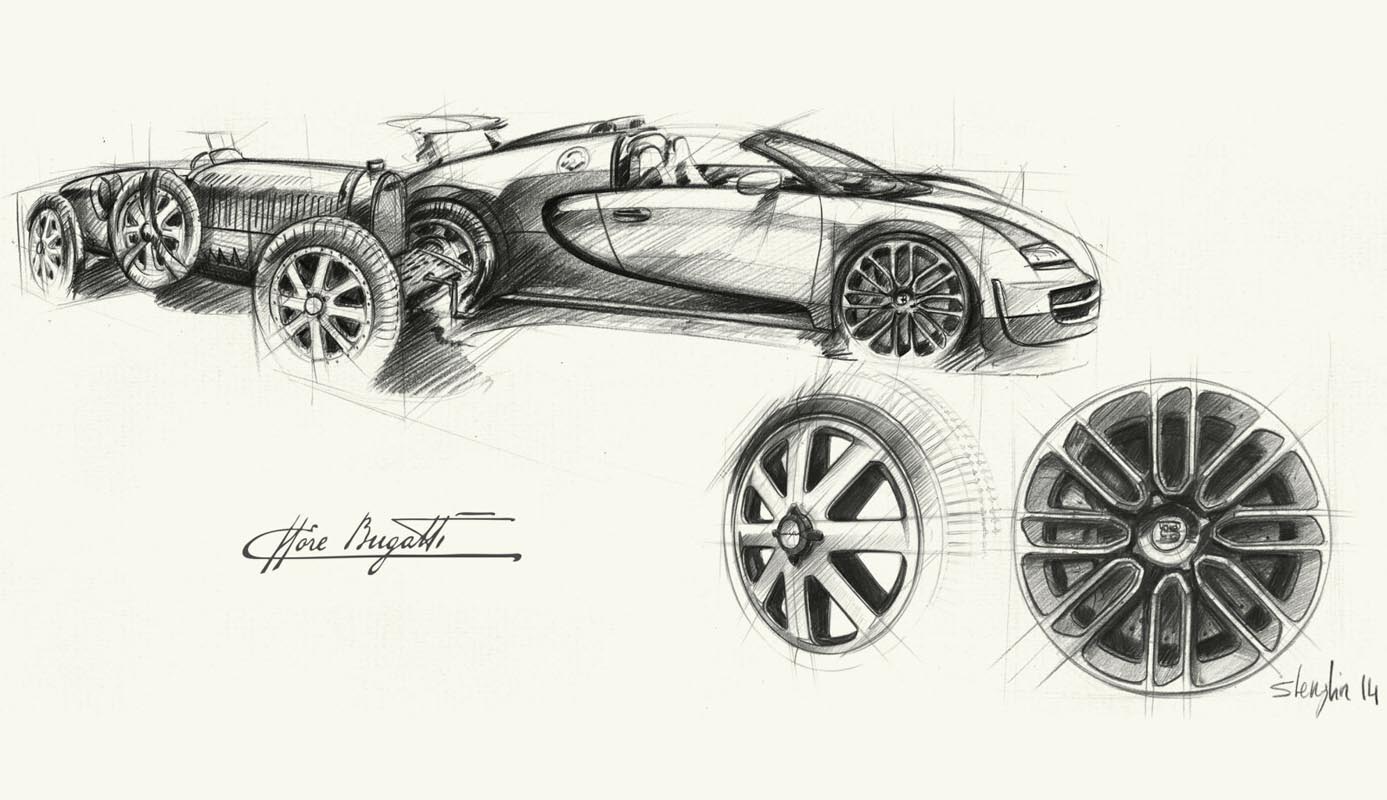 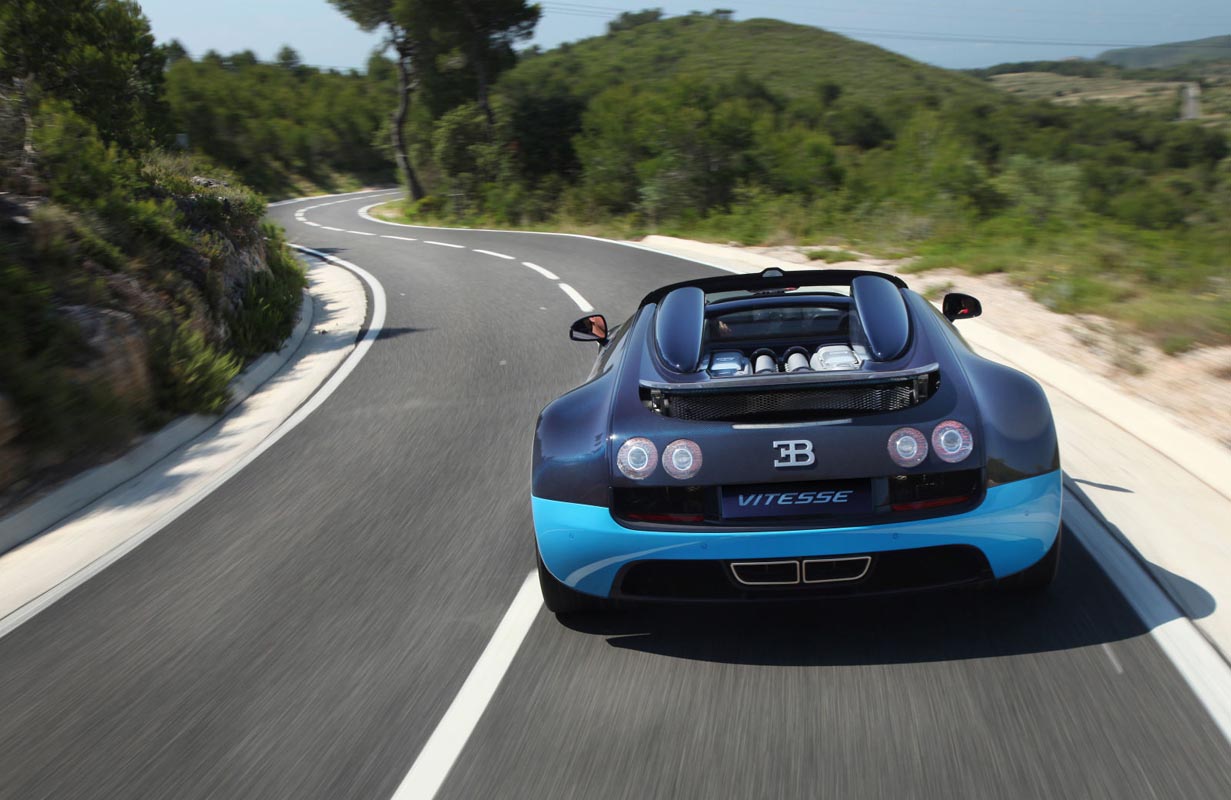 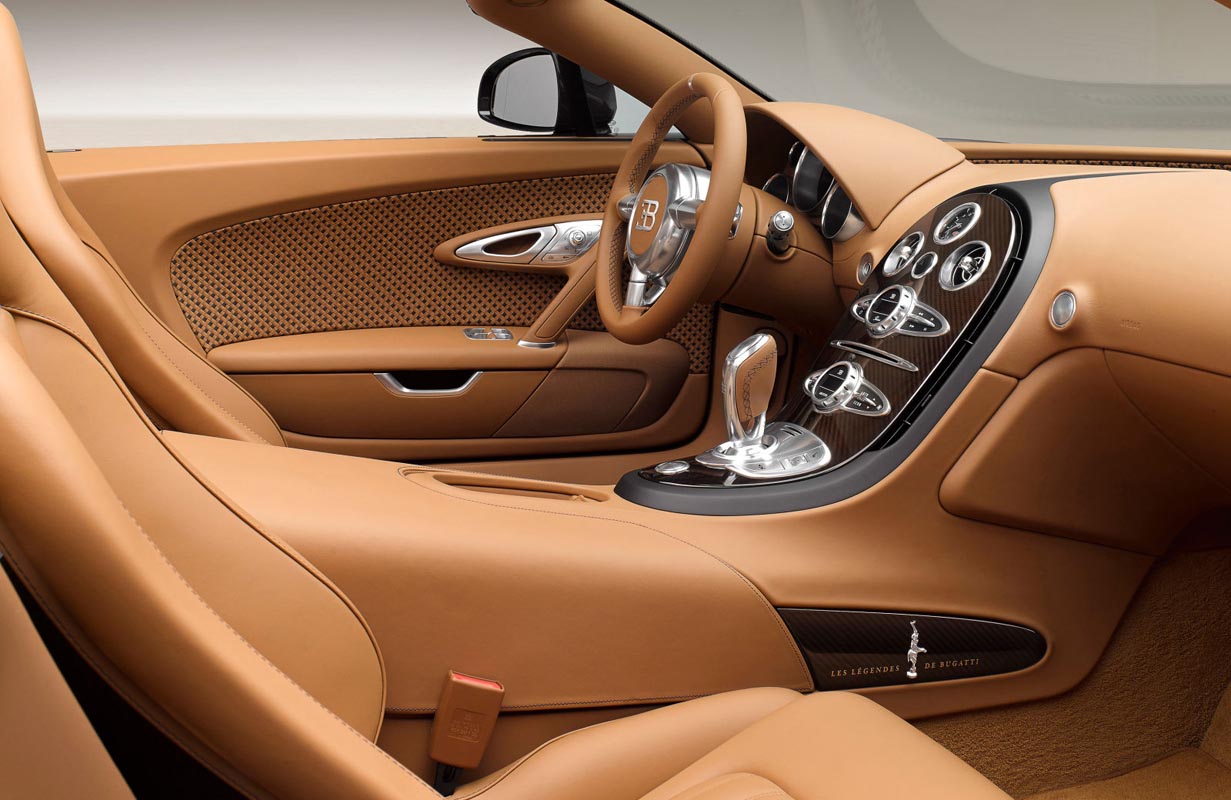 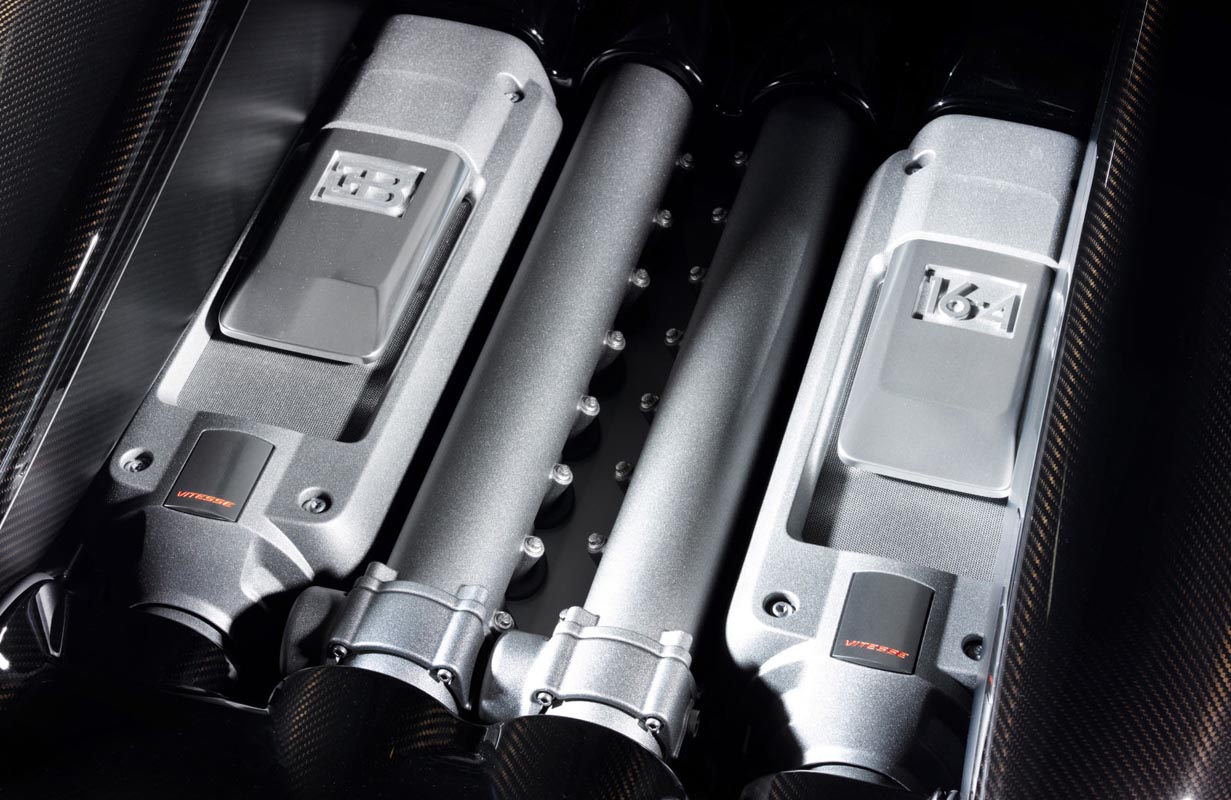 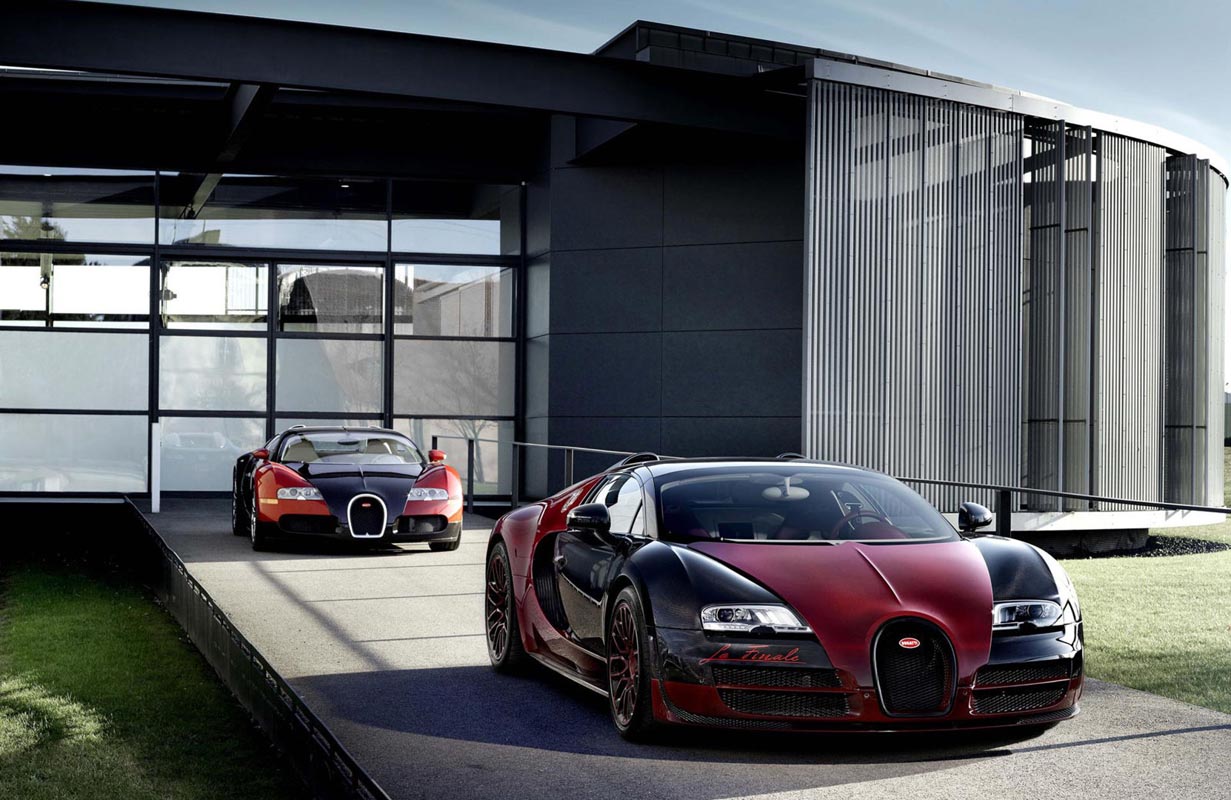