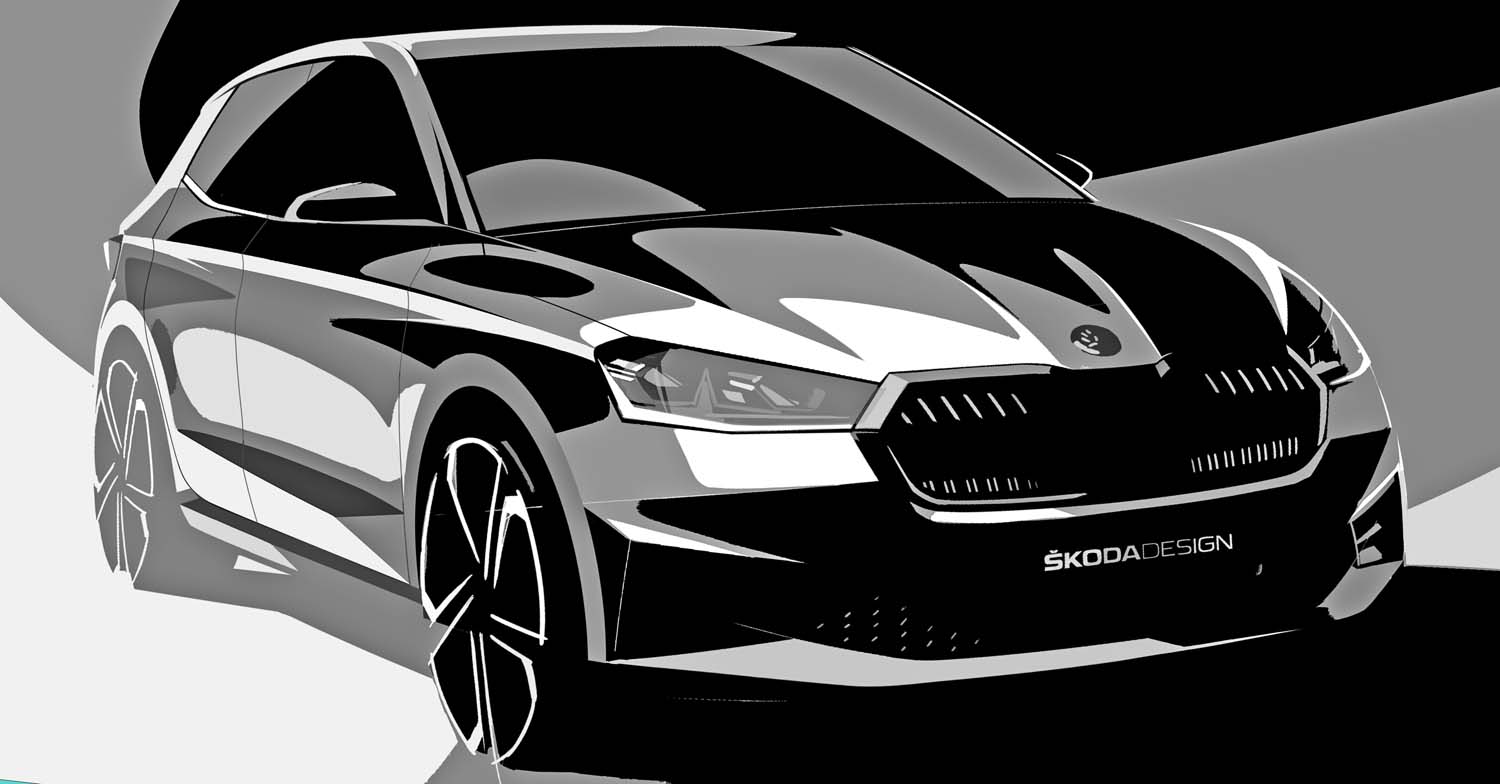 ŠKODA AUTO is building anticipation for the upcoming fourth generation of the FABIA by releasing the first official design sketches. The popular small car from the Czech car manufacturer will be significantly larger, more dynamic and more expressive than its successful predecessors.

Switching over to the Volkswagen Group’s Modular Transverse Toolkit MQB-A0 has made the new proportions possible and created even more space for passengers and luggage. Additional highlights include the sharply drawn front headlights and rear lights featuring LED technology. The world premiere of the new ŠKODA FABIA will take place this May.

Two of the design sketches show the clear, modern and dynamically drawn lines of the new ŠKODA FABIA. The fourth generation will be 111 millimetres longer and 48 millimetres wider than its predecessor.

This is the first time the new FABIA will be based on the Volkswagen Group’s Modular Transverse Toolkit MQB-A0. In addition to even more space for passengers, this also adds an extra 50 litres to the boot.

The diagonal front view offers a first glimpse of the flat front headlights and the wide ŠKODA grille, which has a sporty, elegant look with a chrome frame and black ribs. Large wheels also enhance the powerful appearance.

The elongated roof spoiler with side finlets ensure excellent aerodynamics along with the aerodynamically optimised exterior mirrors and actively adjustable cooling shutters in the front bumper’s lower air inlet.

The other sketches give a more detailed impression of the new ŠKODA FABIA’s modern light units. The modules resemble blocks of ice in the sharply cut full-LED front headlights, which extend up to the ŠKODA grille. An L-shaped daytime running light module can be seen, as well.

ŠKODA’s signature crystalline elements can also be found in the graphics of the distinctly flat rear lights that will be available in a full-LED version.

Even with the first generation, which was also presented as an estate in 2000, 1.79 million units were produced in approximately eight years, while the second generation unveiled at the Geneva Motor Show in 2007 found a total of 1,704,000 buyers.

The third generation launched in 2014 continued the success story and became ŠKODA’s second most popular model after the OCTAVIA, for example in 2019. The Czech manufacturer’s total production volume of more than 4.7 million FABIAs to date is surpassed only by the OCTAVIA. 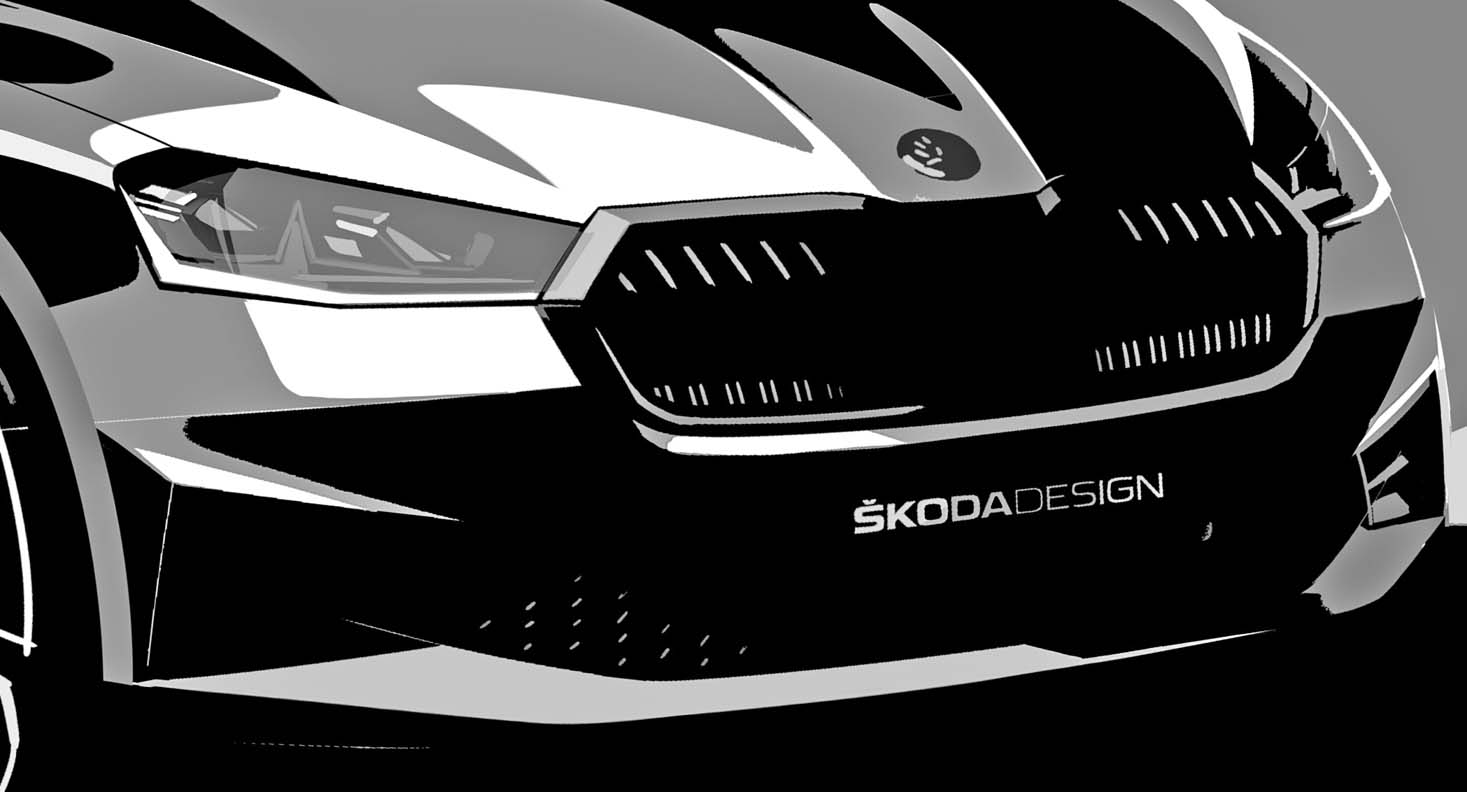 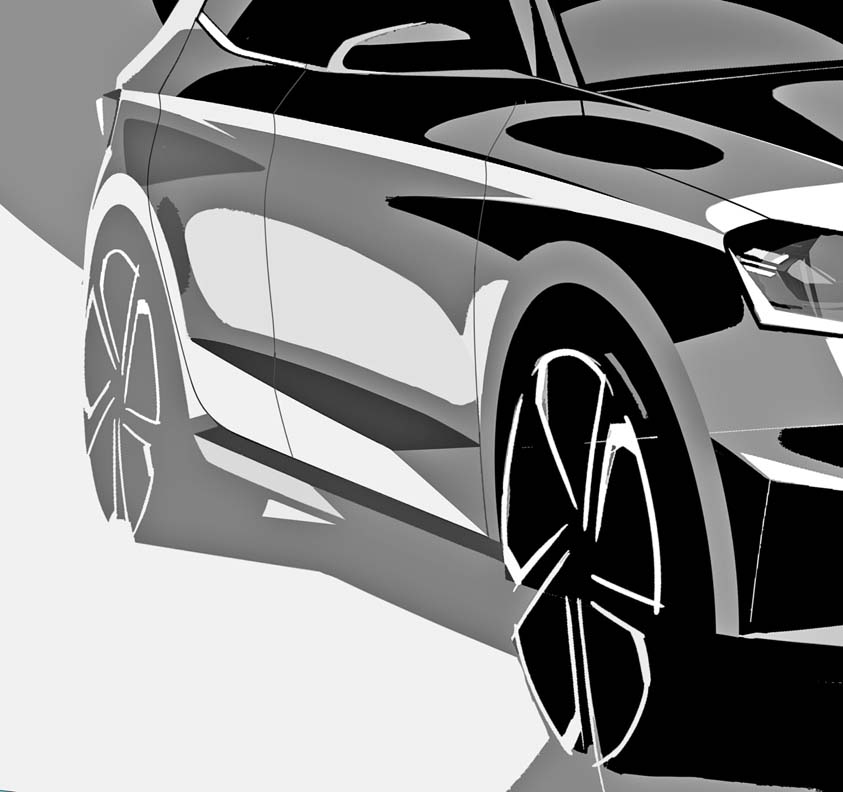 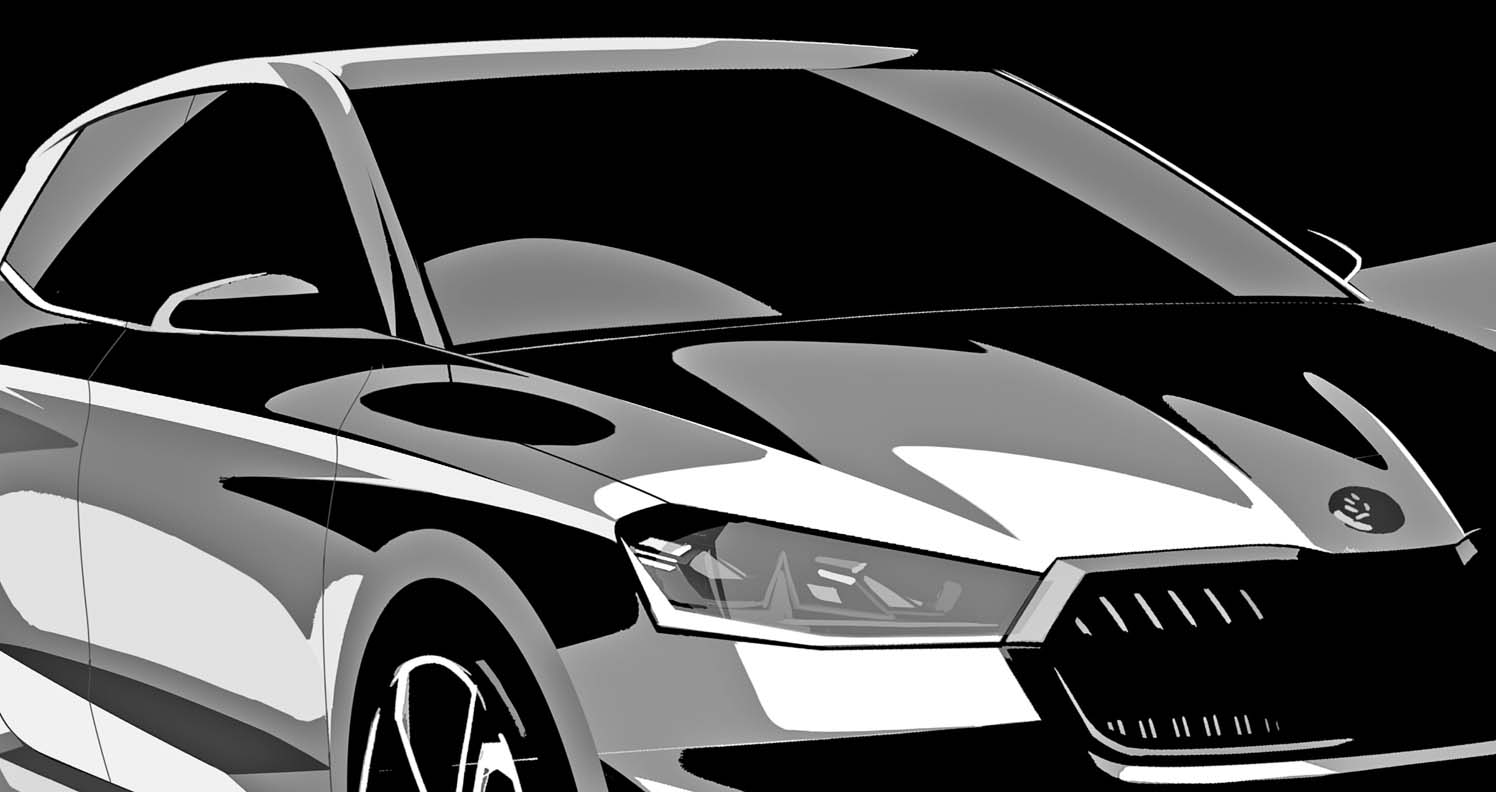 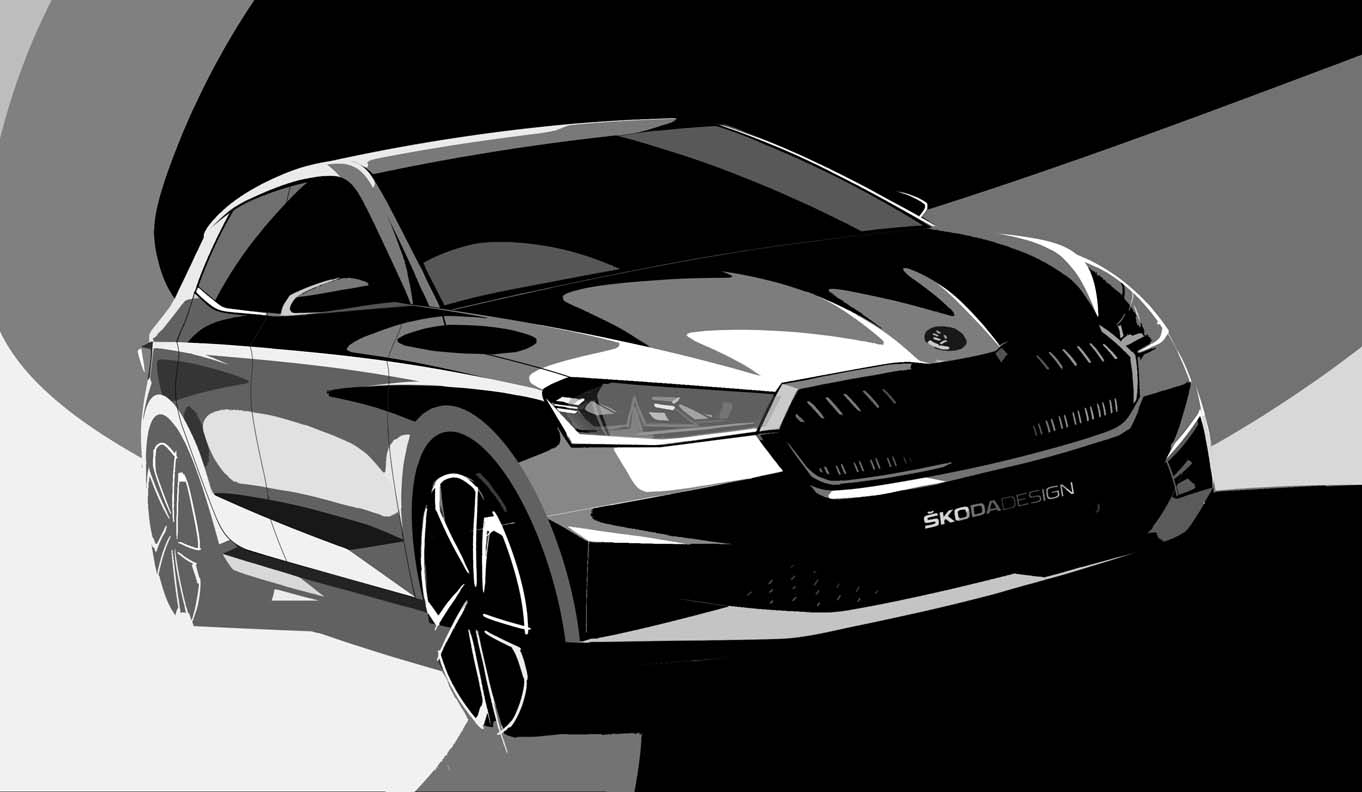 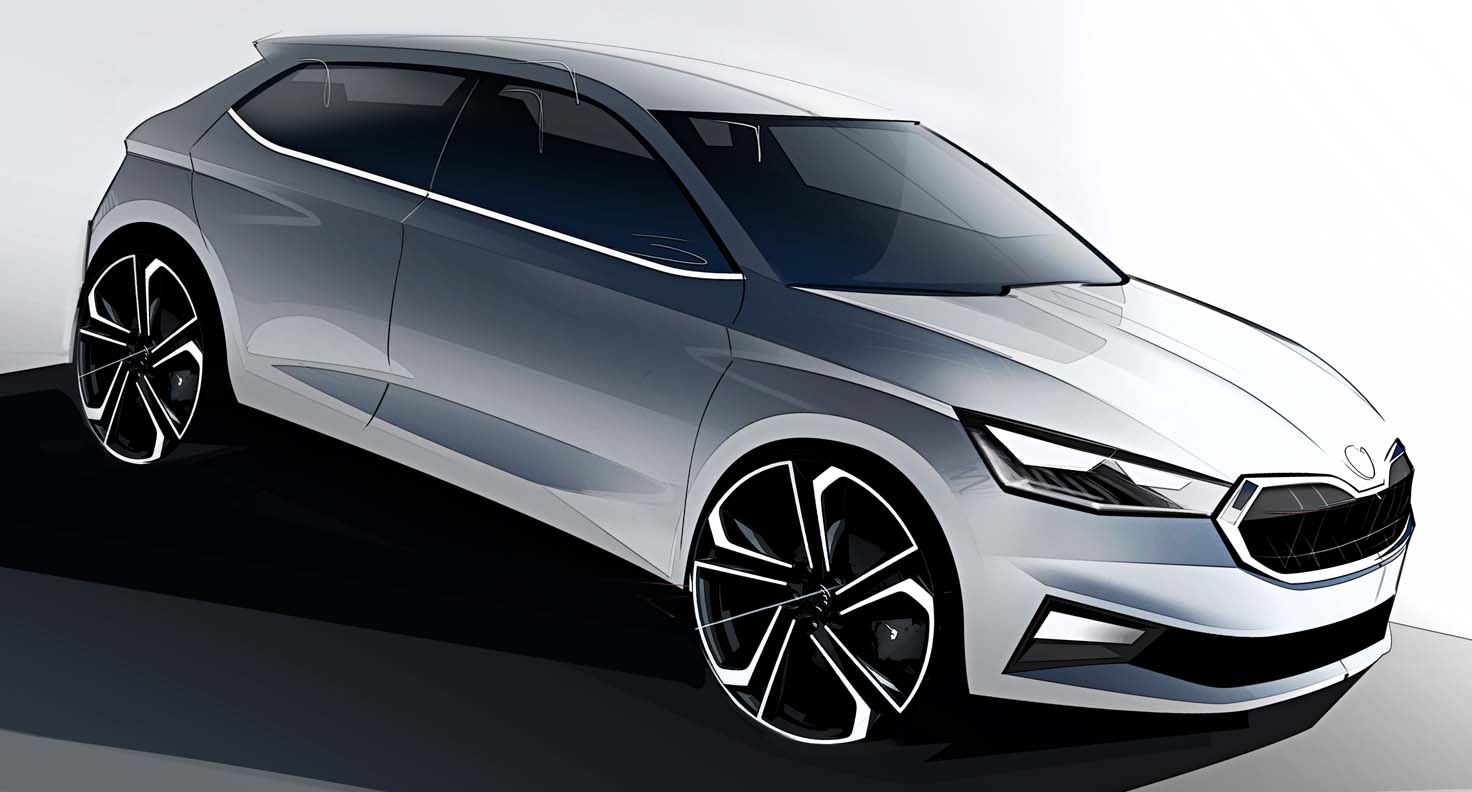 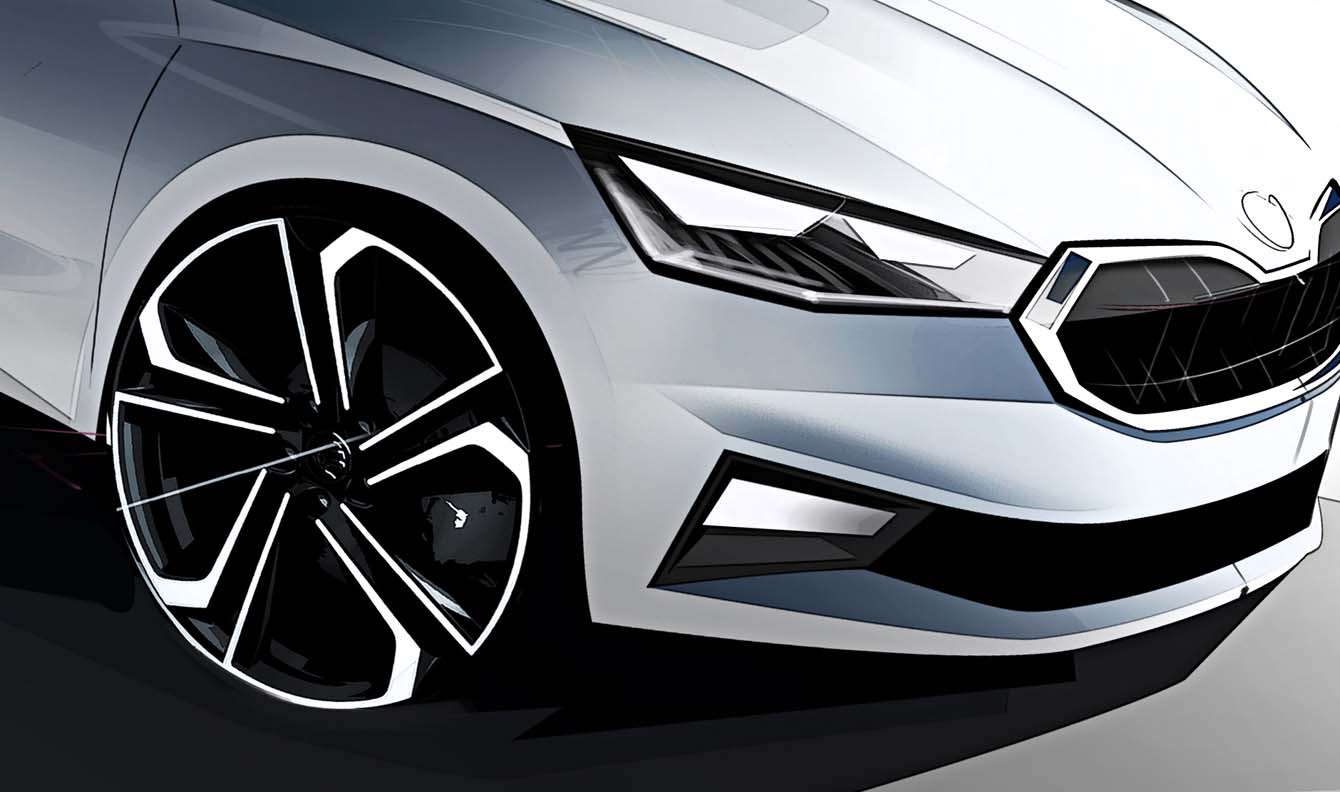 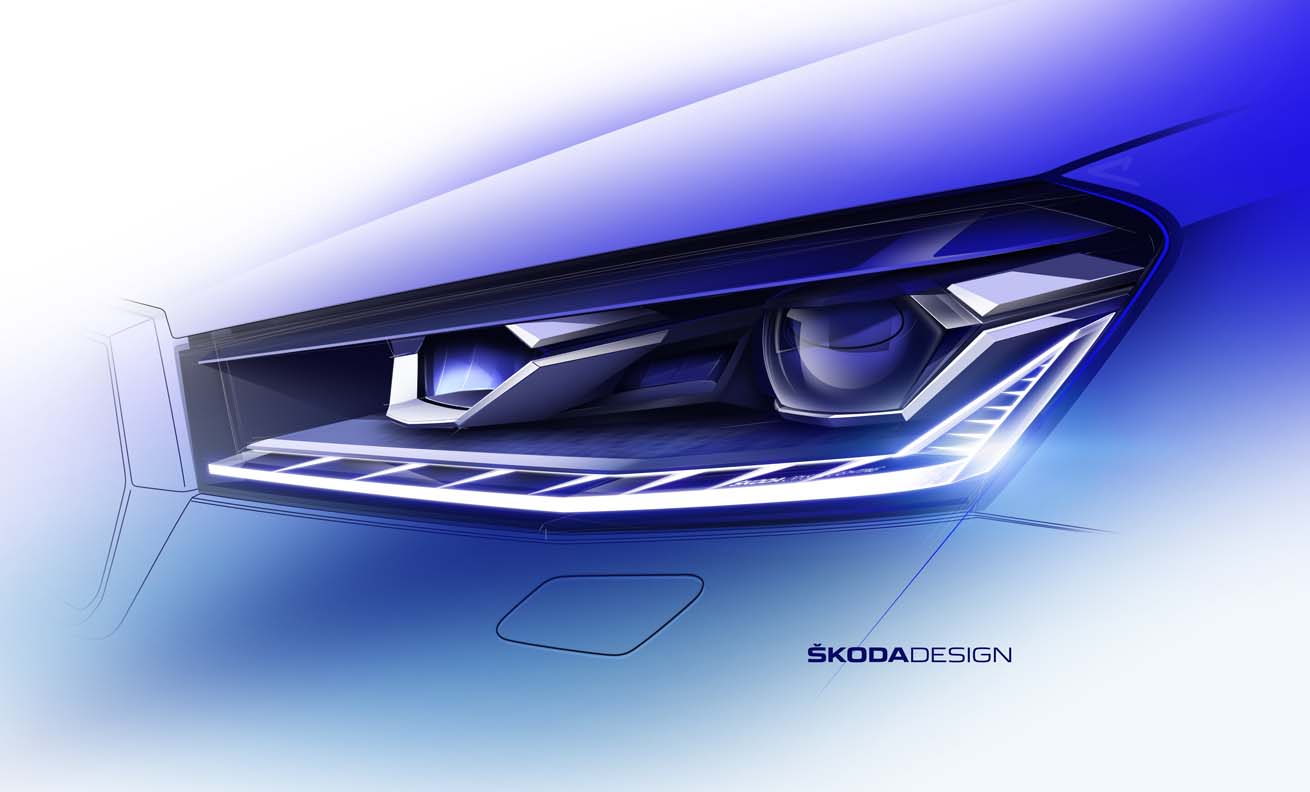 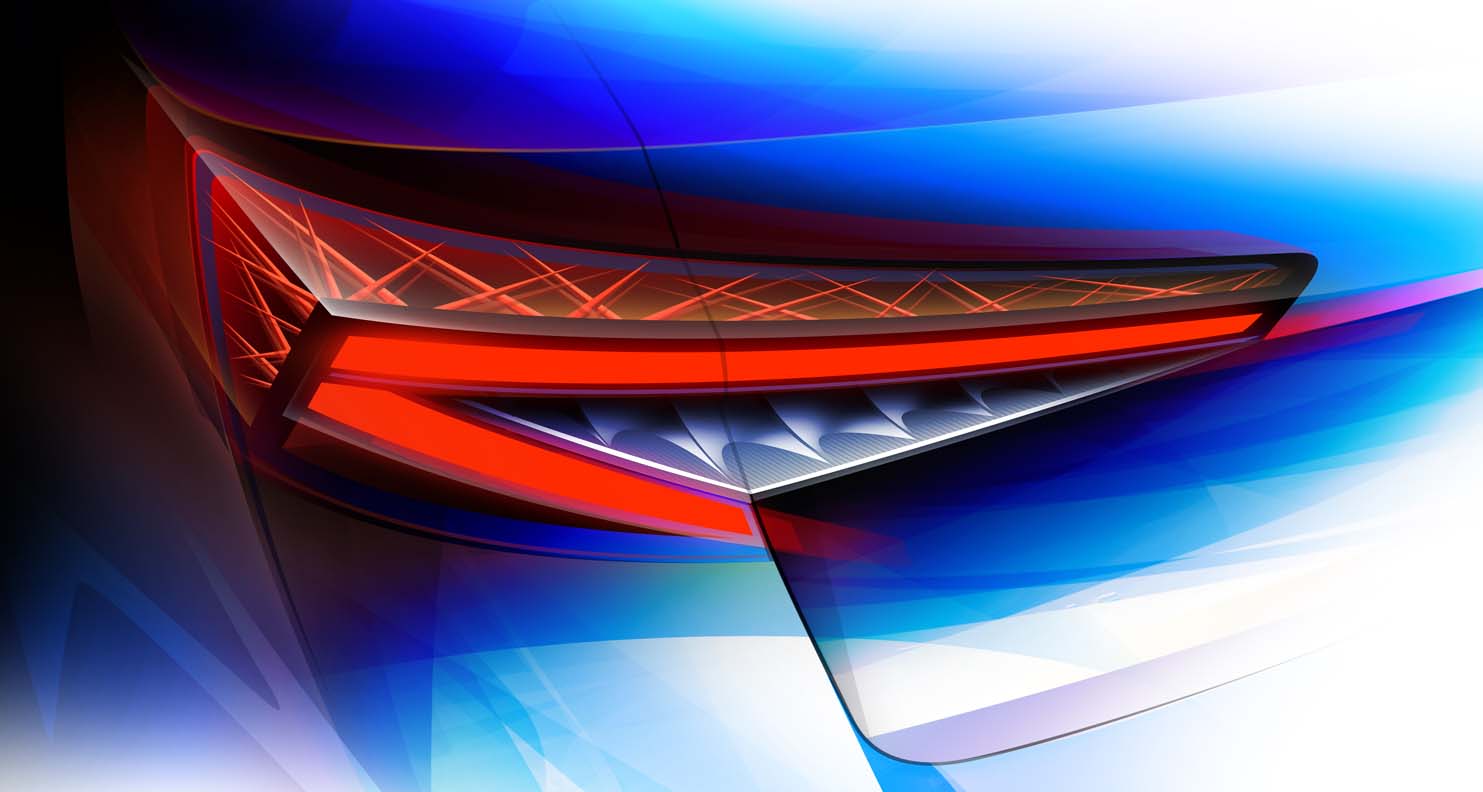 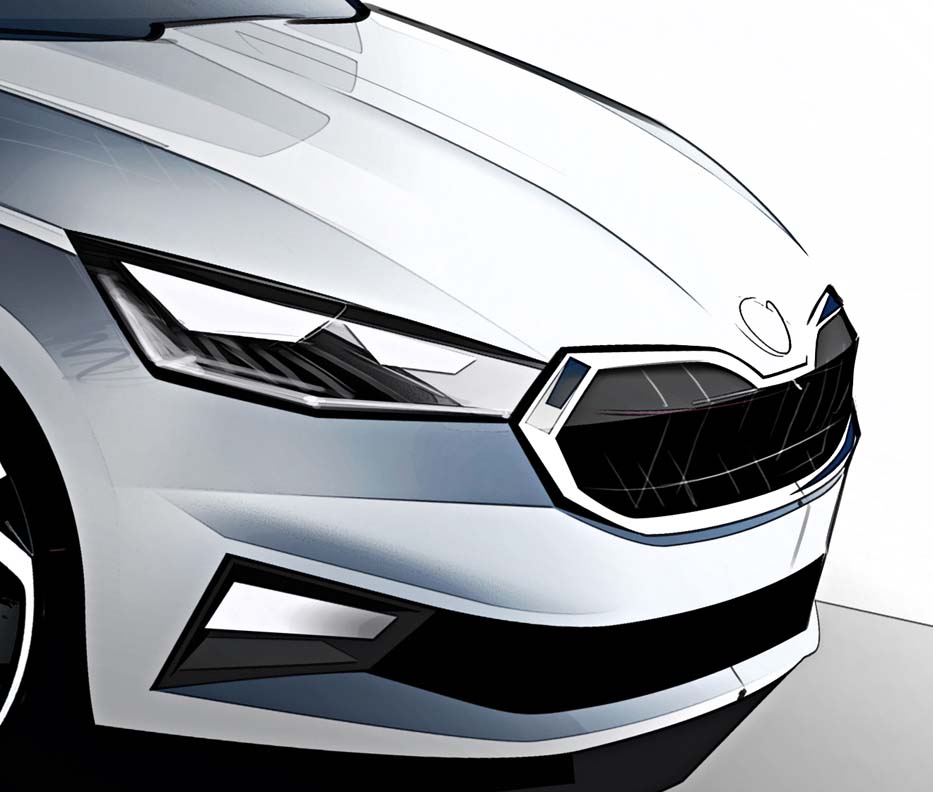 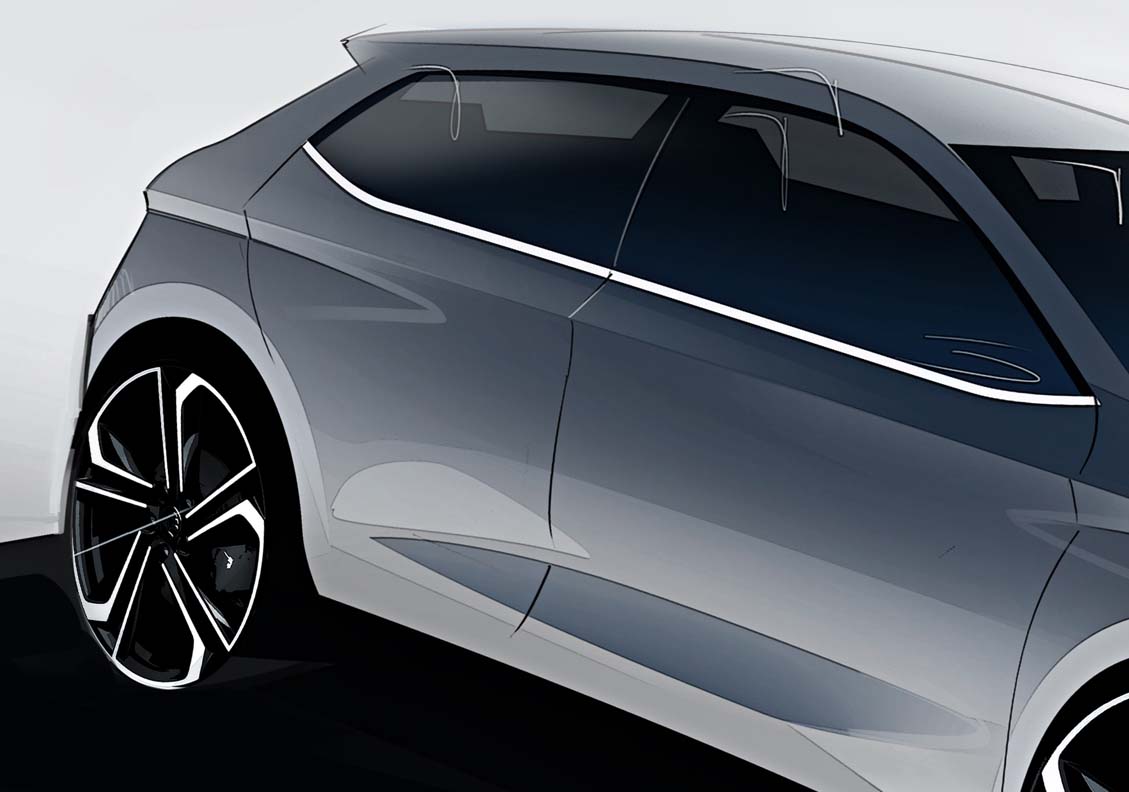 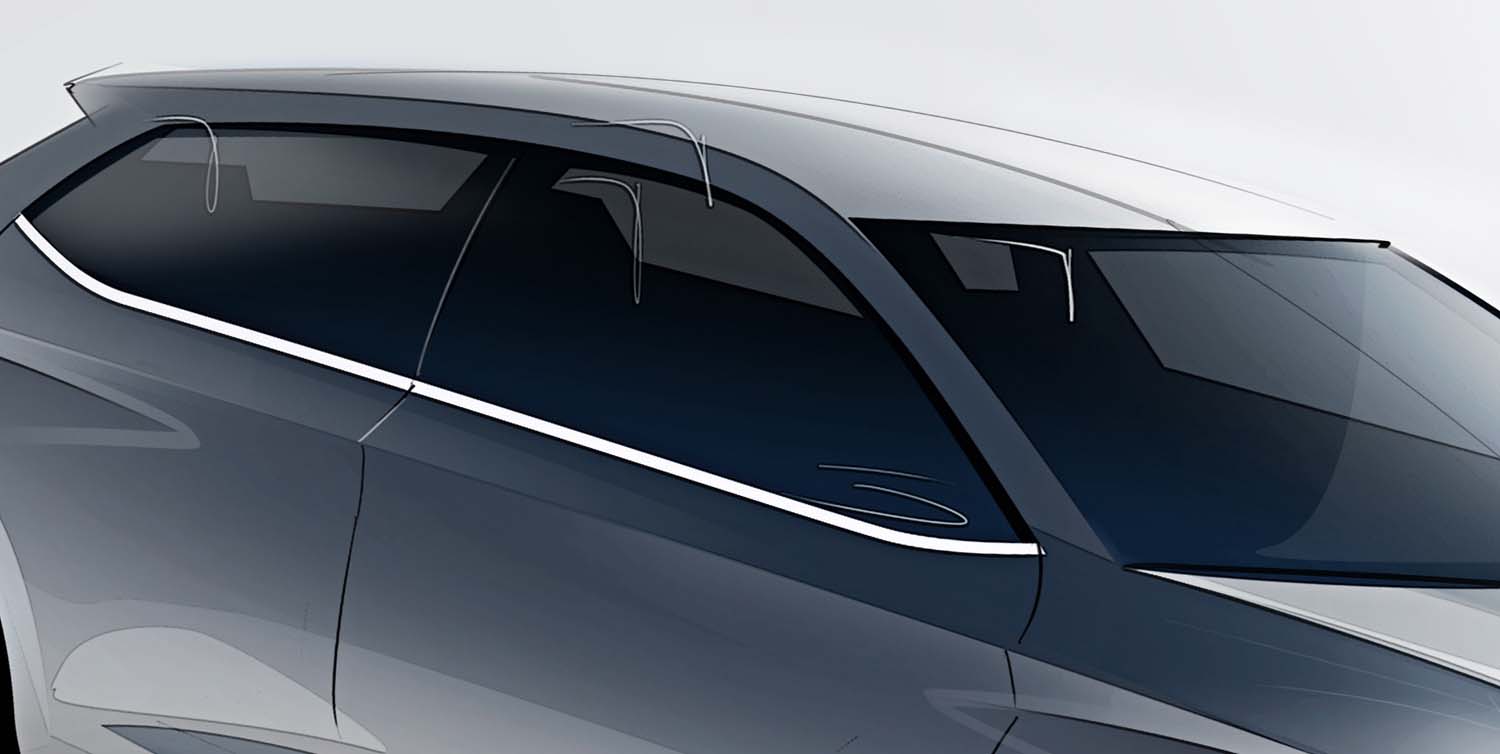