Series Production Of The ENYAQ COUPÉ iV Has Started 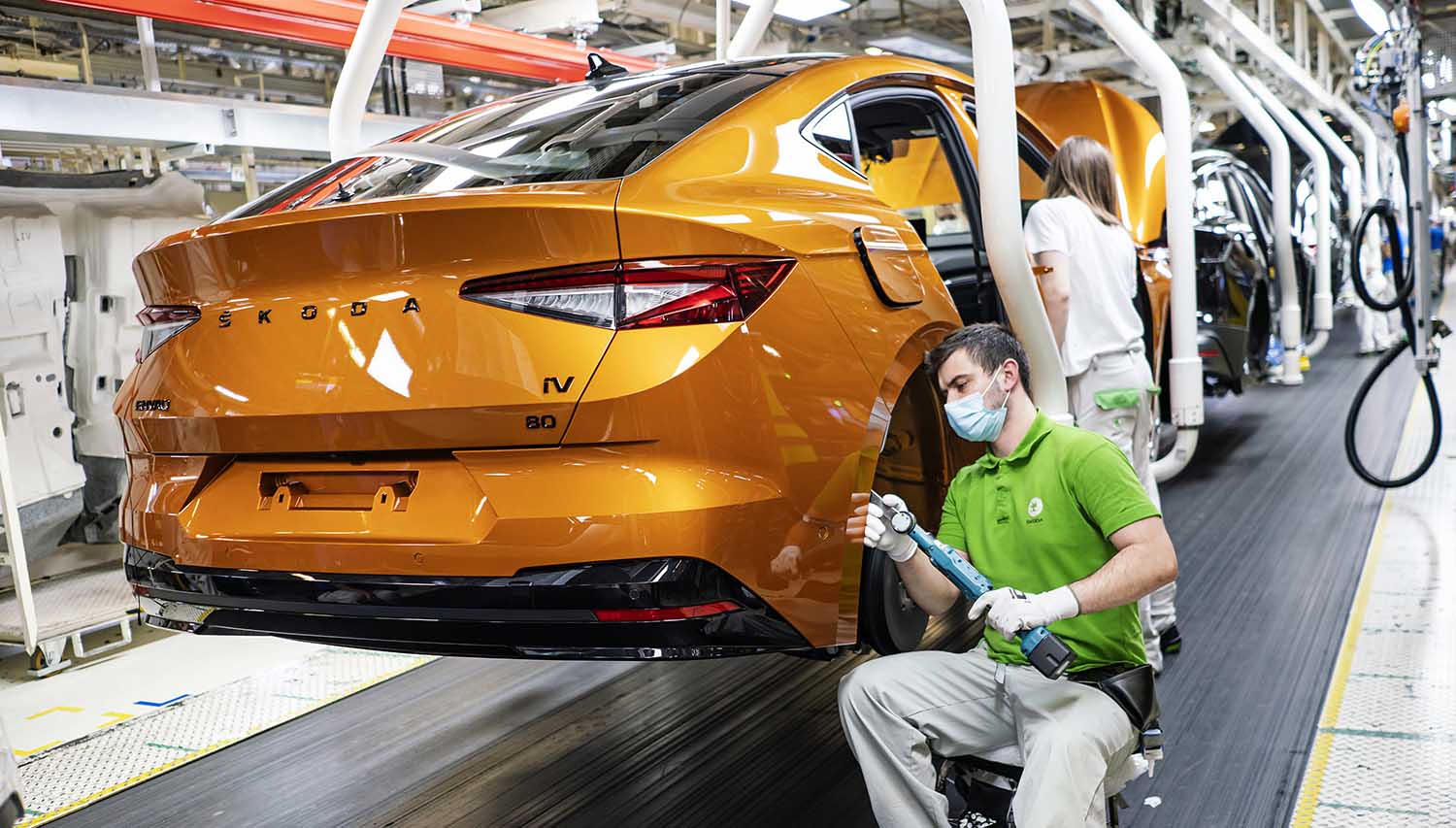 Series production of the new ŠKODA ENYAQ COUPÉ iV has started at ŠKODA AUTO’s main plant in Mladá Boleslav. Like the successful, all-electric ENYAQ iV, it is based on the Volkswagen Group’s Modular Electrification Toolkit (MEB). More than 120 units of the elegant coupé will be produced every day at the main plant alongside the ŠKODA ENYAQ iV, OCTAVIA and OCTAVIA iV model series.

“Last year, we produced 50,000 units of the ŠKODA ENYAQ iV. Now we are taking it to the next level by launching production of the new ŠKODA ENYAQ COUPÉ iV. I would like to congratulate the team on the successful completion of the preparation phase. It’s a great honour for the entire team that the coupé version of our successful electric SUV is also being produced at the heart of the brand, in Mladá Boleslav.”

Michael Oeljeklaus, ŠKODA AUTO Board Member for Production and Logistics

In future, 2000 employees will be assembling more than 120 units of the ŠKODA ENYAQ COUPÉ iV a day on the same production line as the ENYAQ iV and OCTAVIA. The two ENYAQ iV variants are the only models based on the Volkswagen Group’s Modular Electrification Toolkit (MEB) to roll off a European assembly line outside Germany.

The emotive ŠKODA ENYAQ COUPÉ iV combines sporty lines with generous space and offers a boot capacity of 570 litres. The panoramic glass roof, which comes as standard, is the largest in ŠKODA’s portfolio and makes up the entire roof. At the same time, it is thinner than the full roof, giving passengers extra headroom.

As part of its NEXT LEVEL – ŠKODA STRATEGY 2030, the carmaker is committed to electrifying its model portfolio: By 2030, it will have launched at least three more all-electric models below the ENYAQ iV in terms of size and price. The aim is to increase the ŠKODA brand’s share of all-electric models sold in Europe to between 50 and 70 per cent by 2030, depending on market developments. This is how the company aims to reduce its fleet emissions by more than 50 per cent compared to 2020. At the same time, ŠKODA AUTO is working to develop its home country, the Czech Republic, into an electromobility hub; E-components or E-vehicles are to be manufactured at all three Czech ŠKODA AUTO sites in Mladá Boleslav, Kvasiny and Vrchlabí by 2030 to safeguard jobs and create new ones. 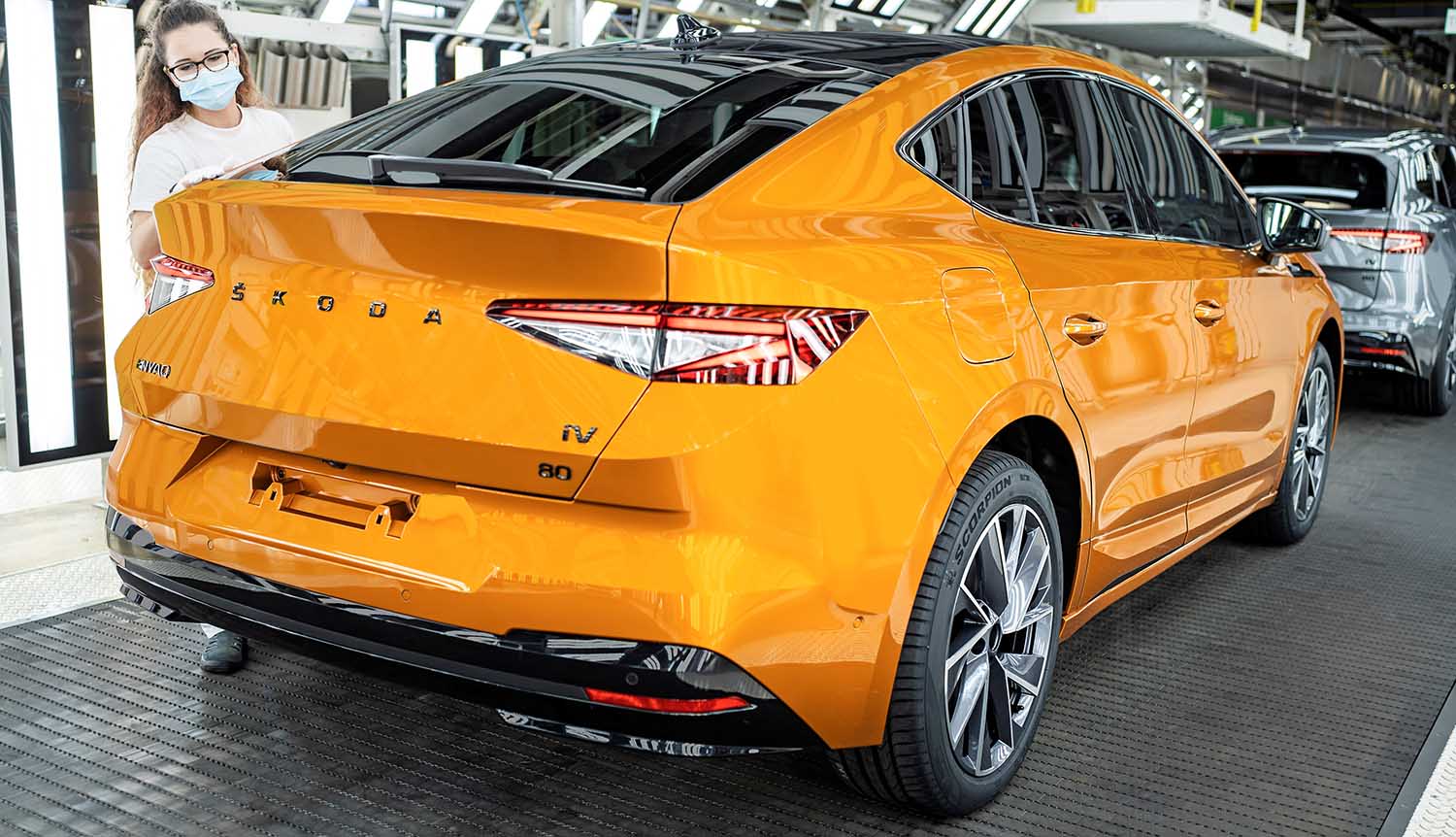 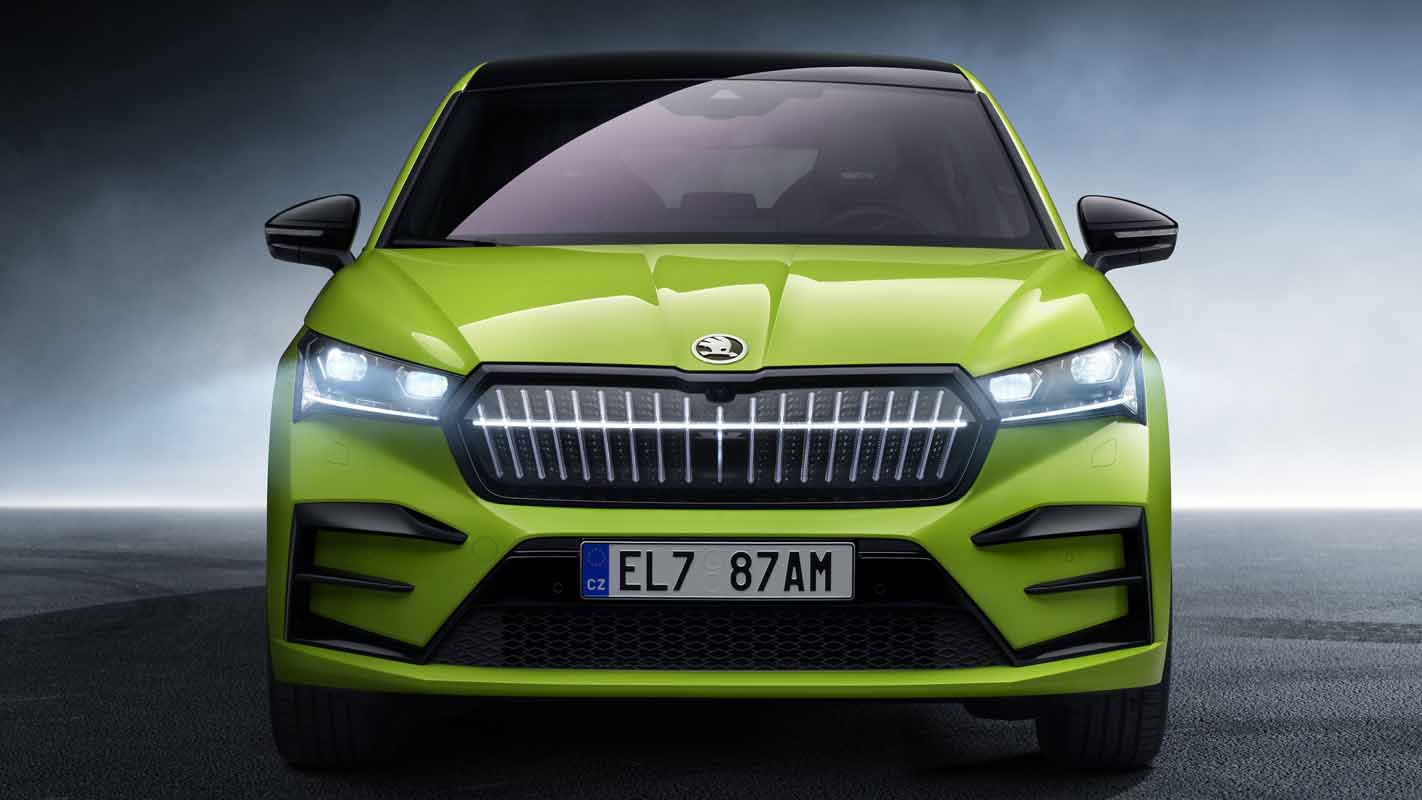 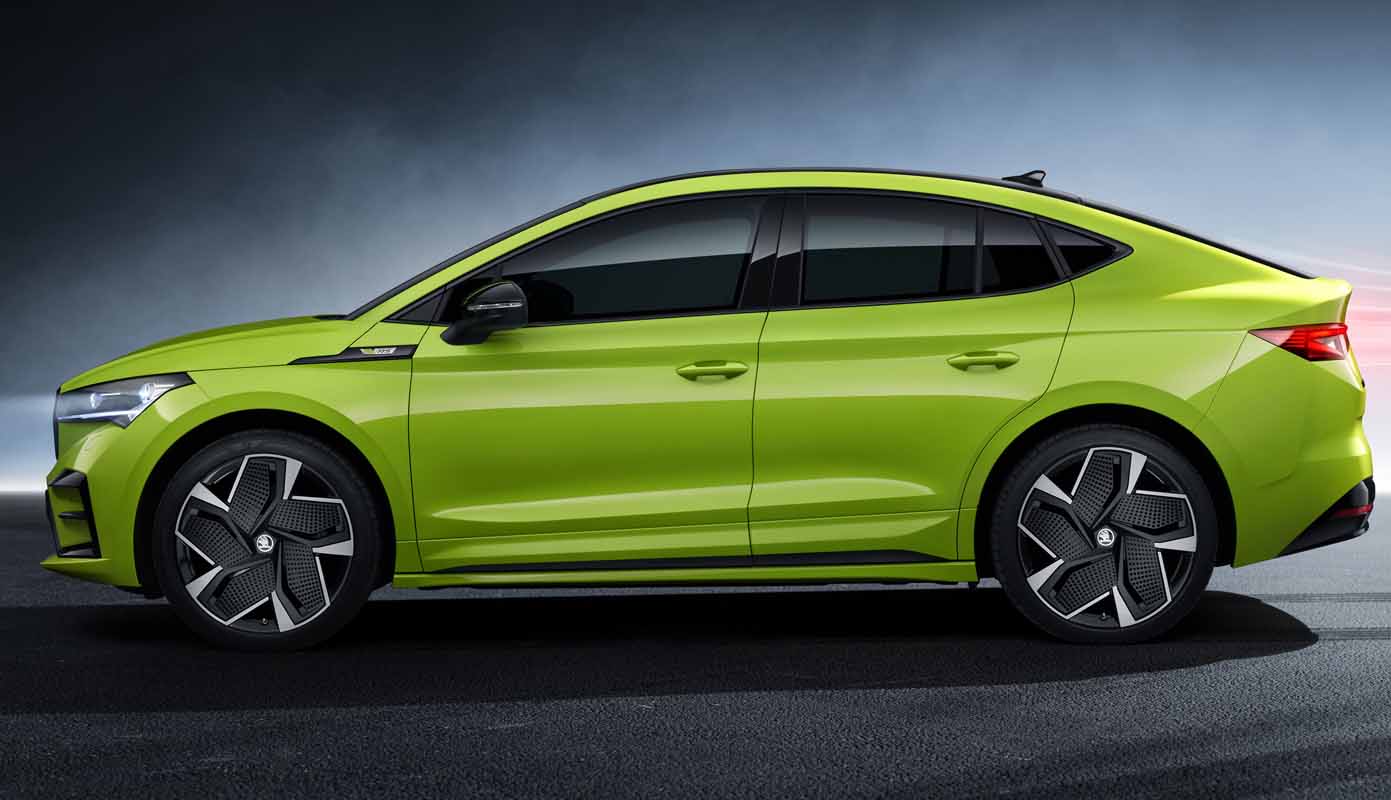 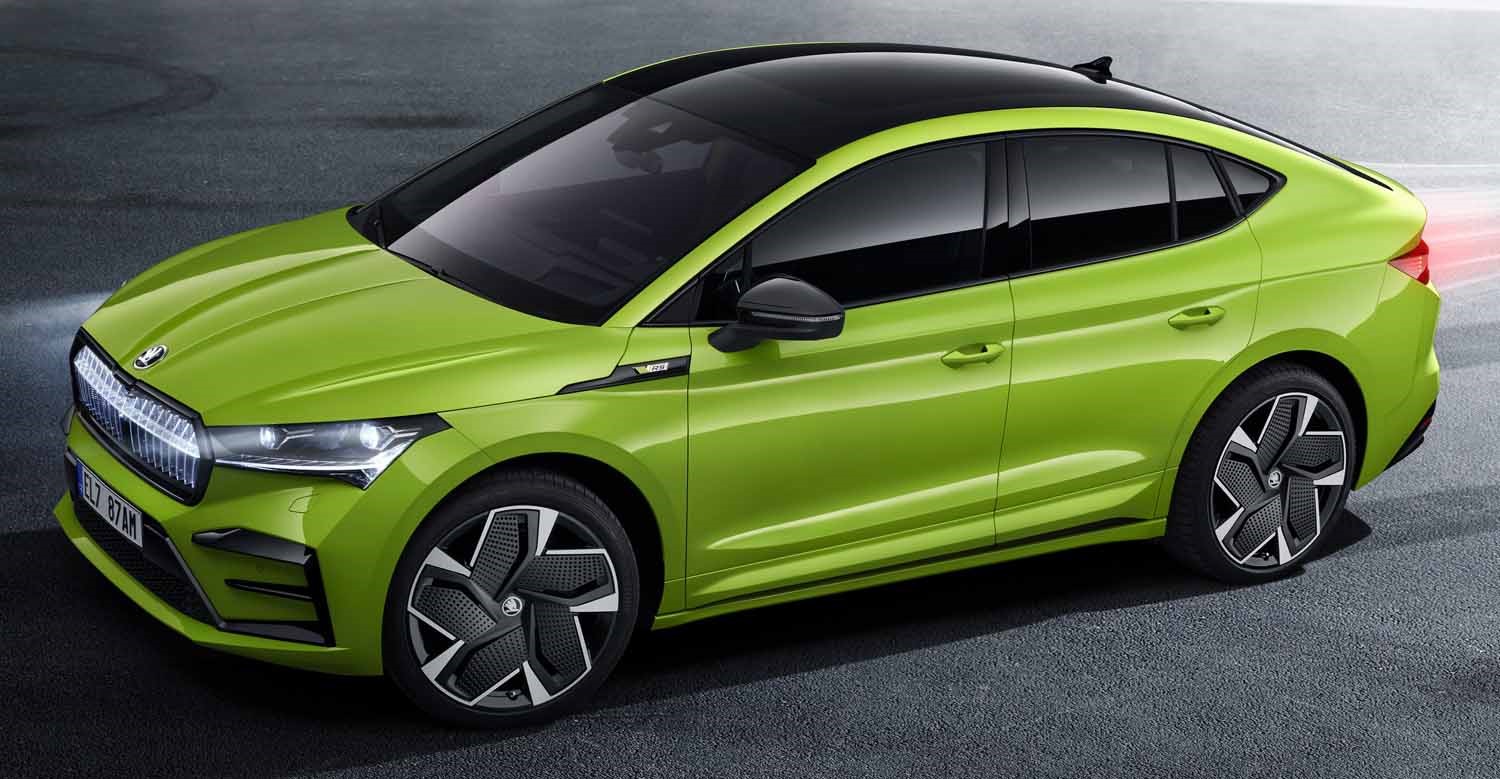 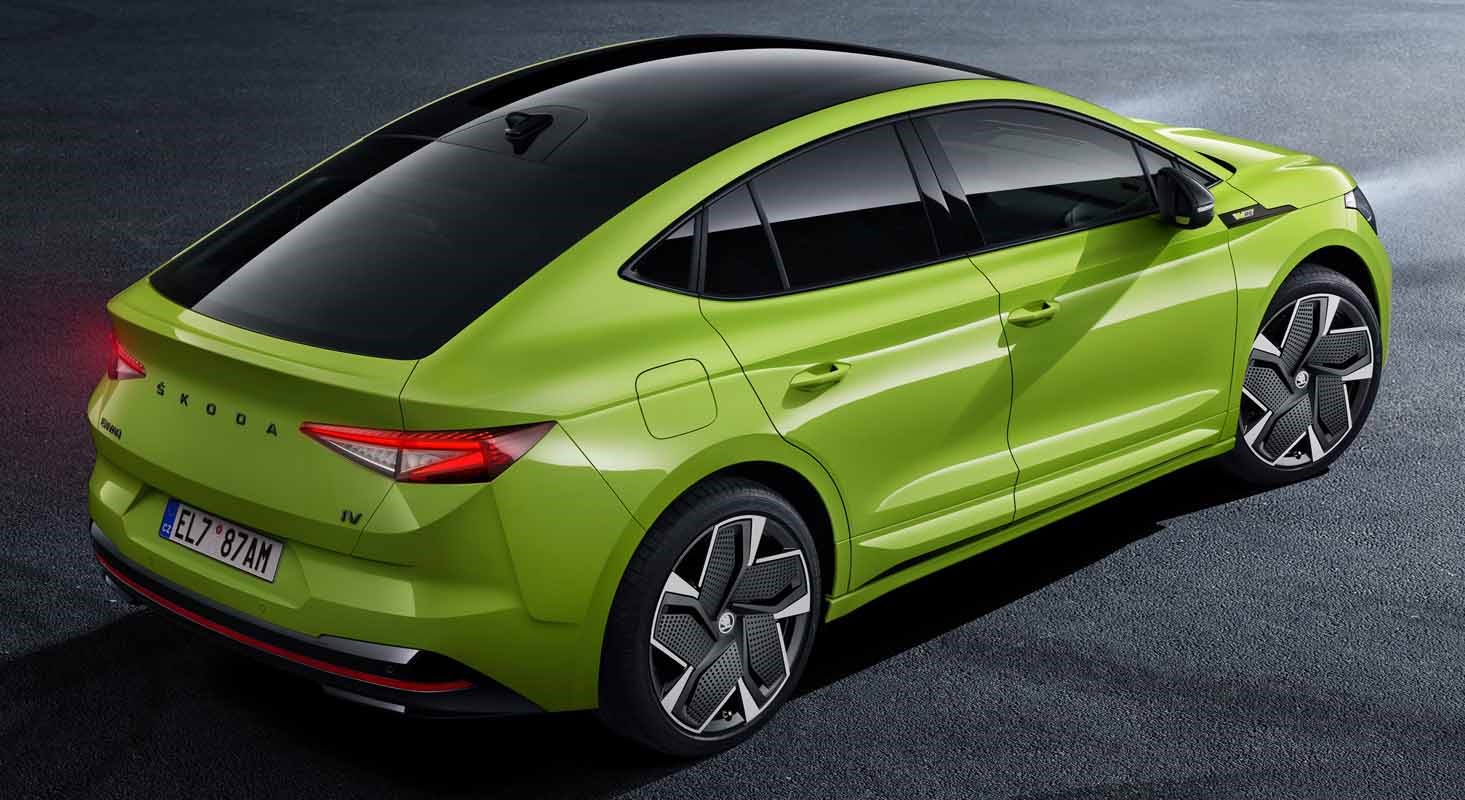 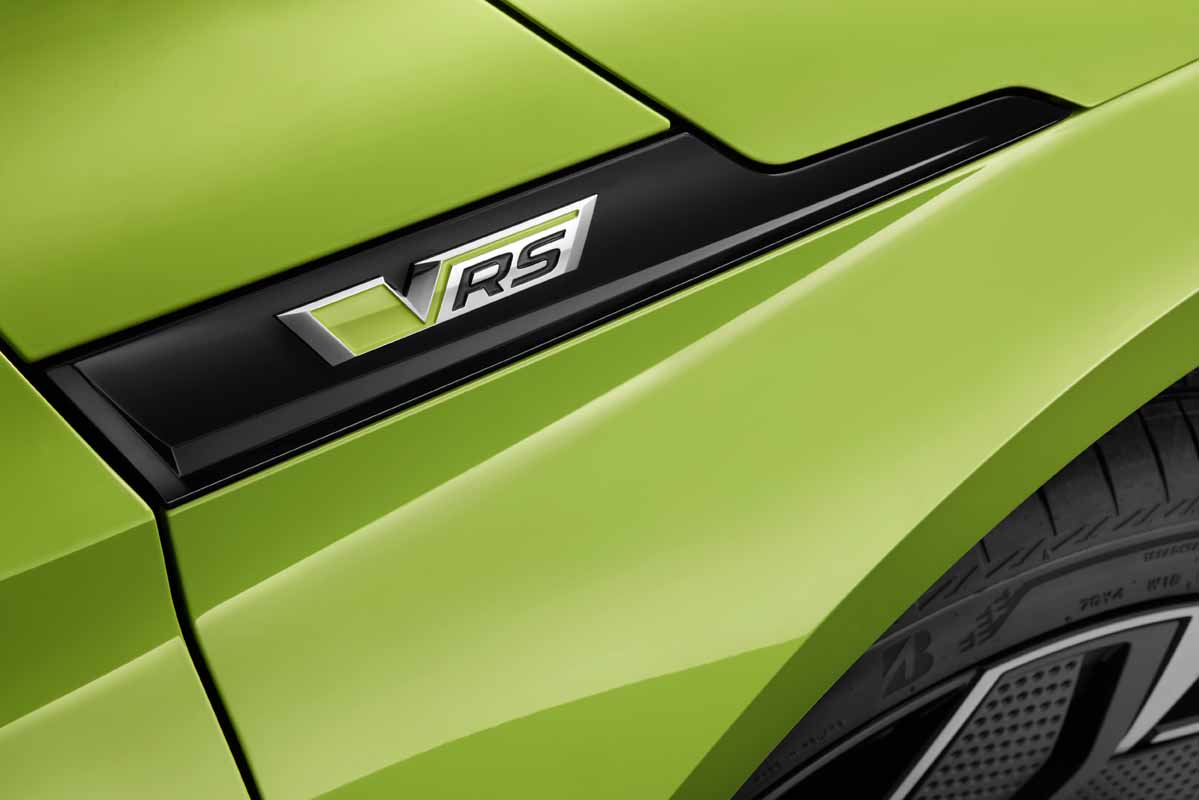 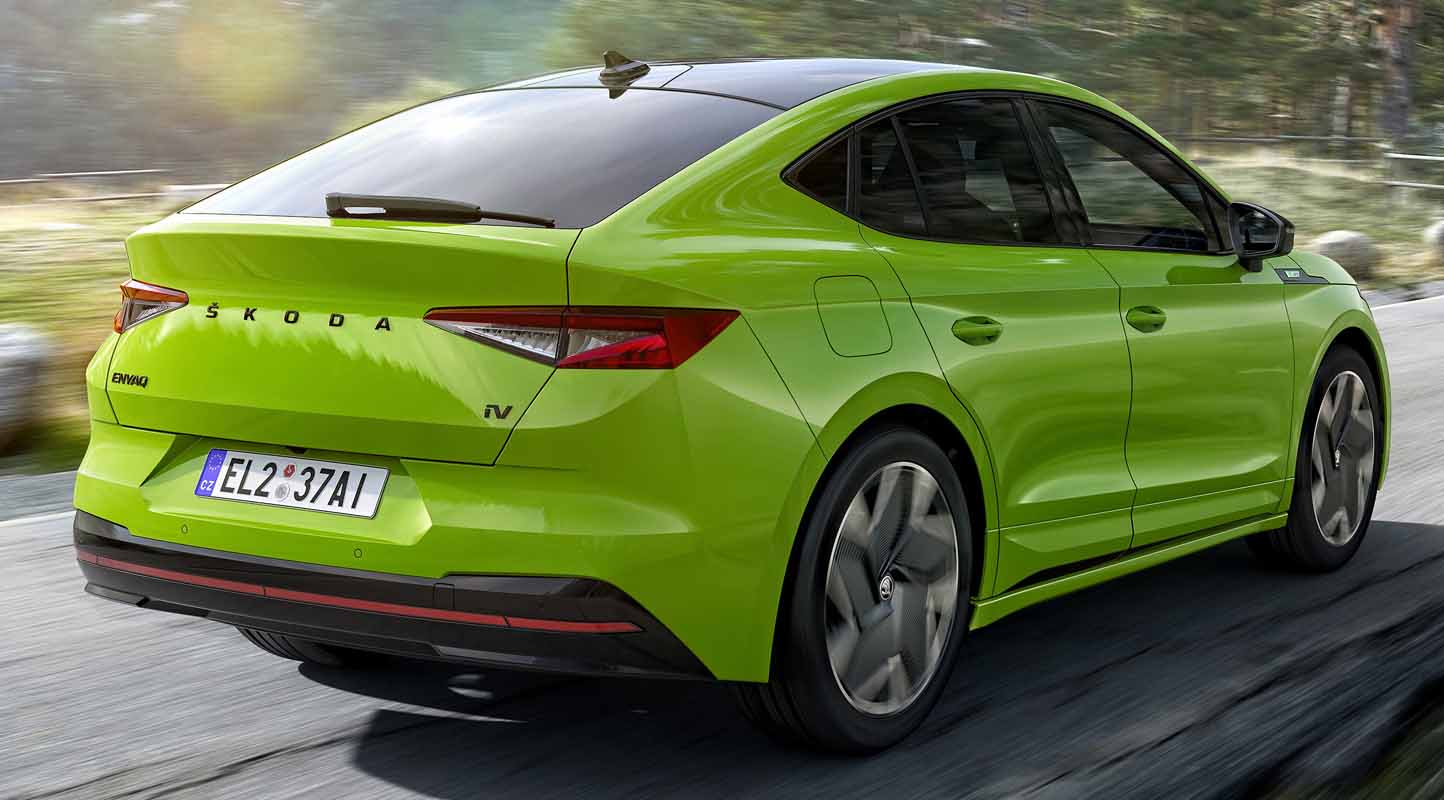 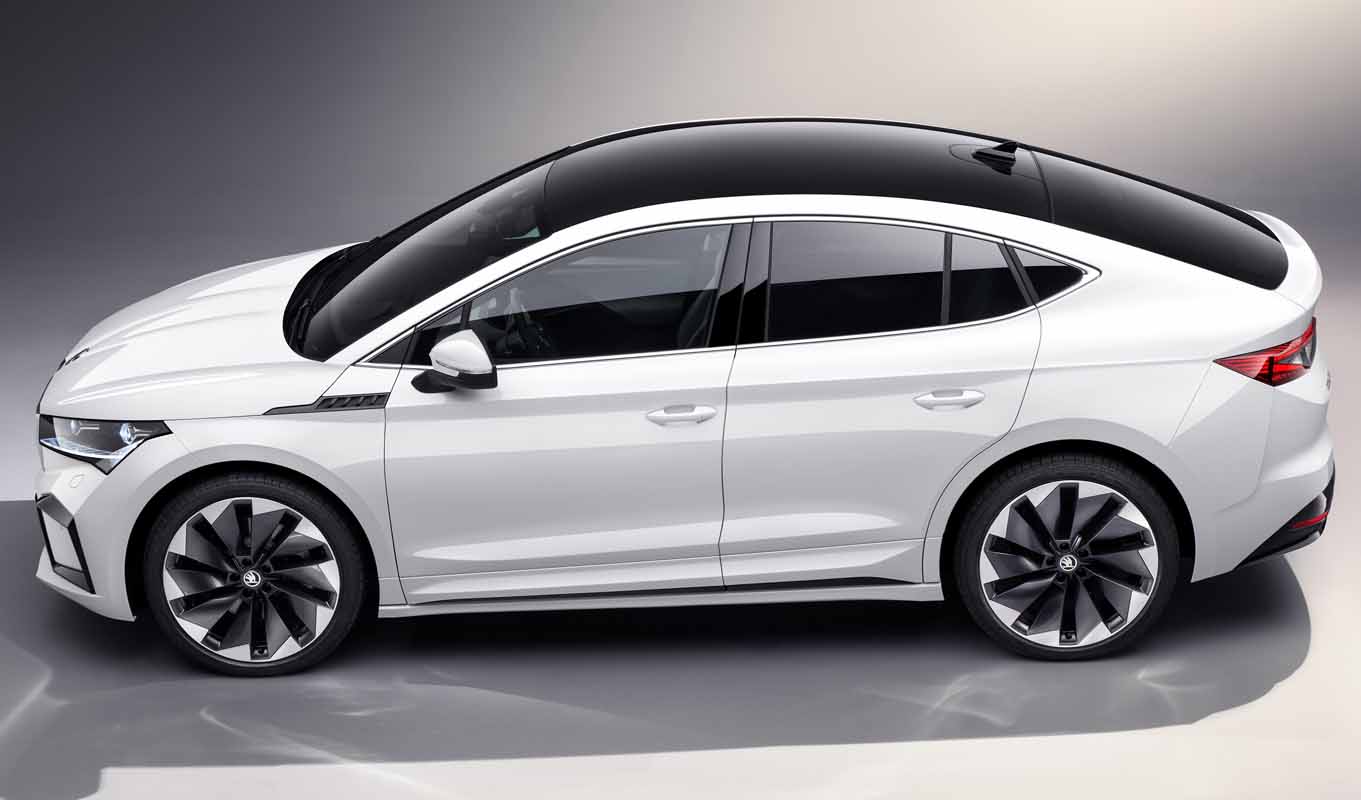 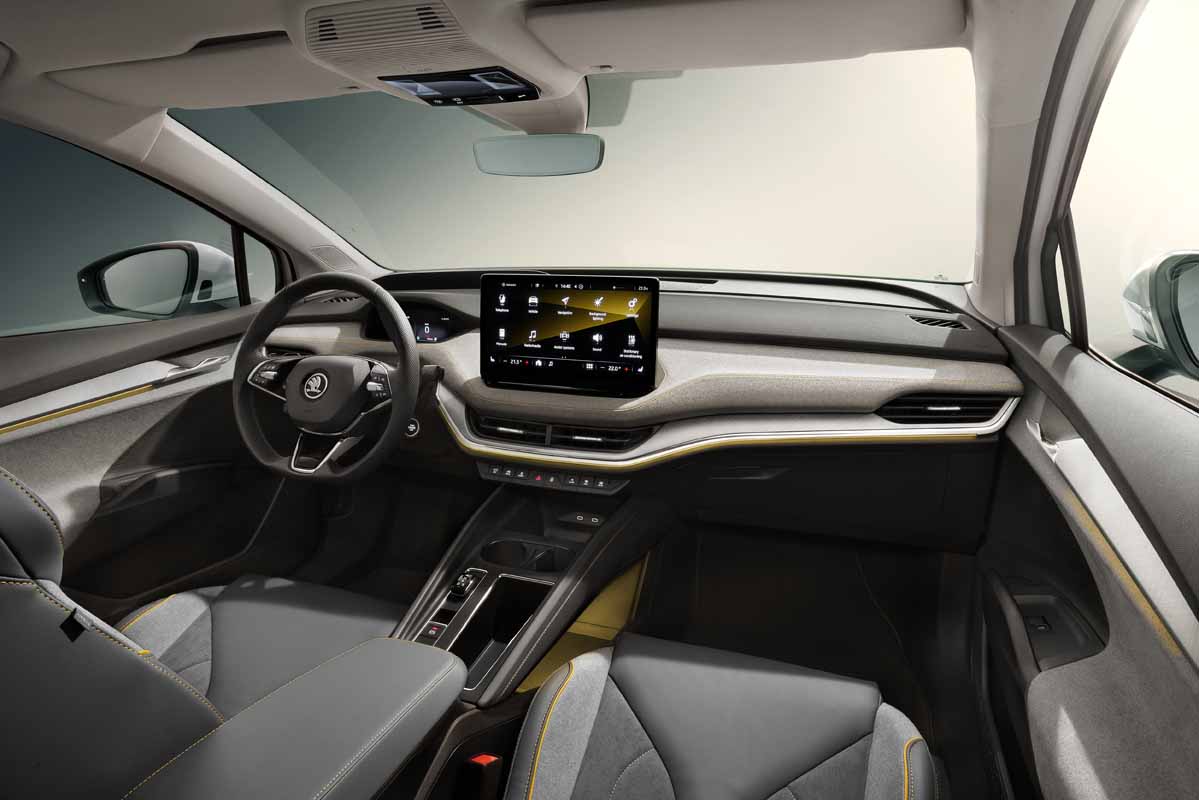 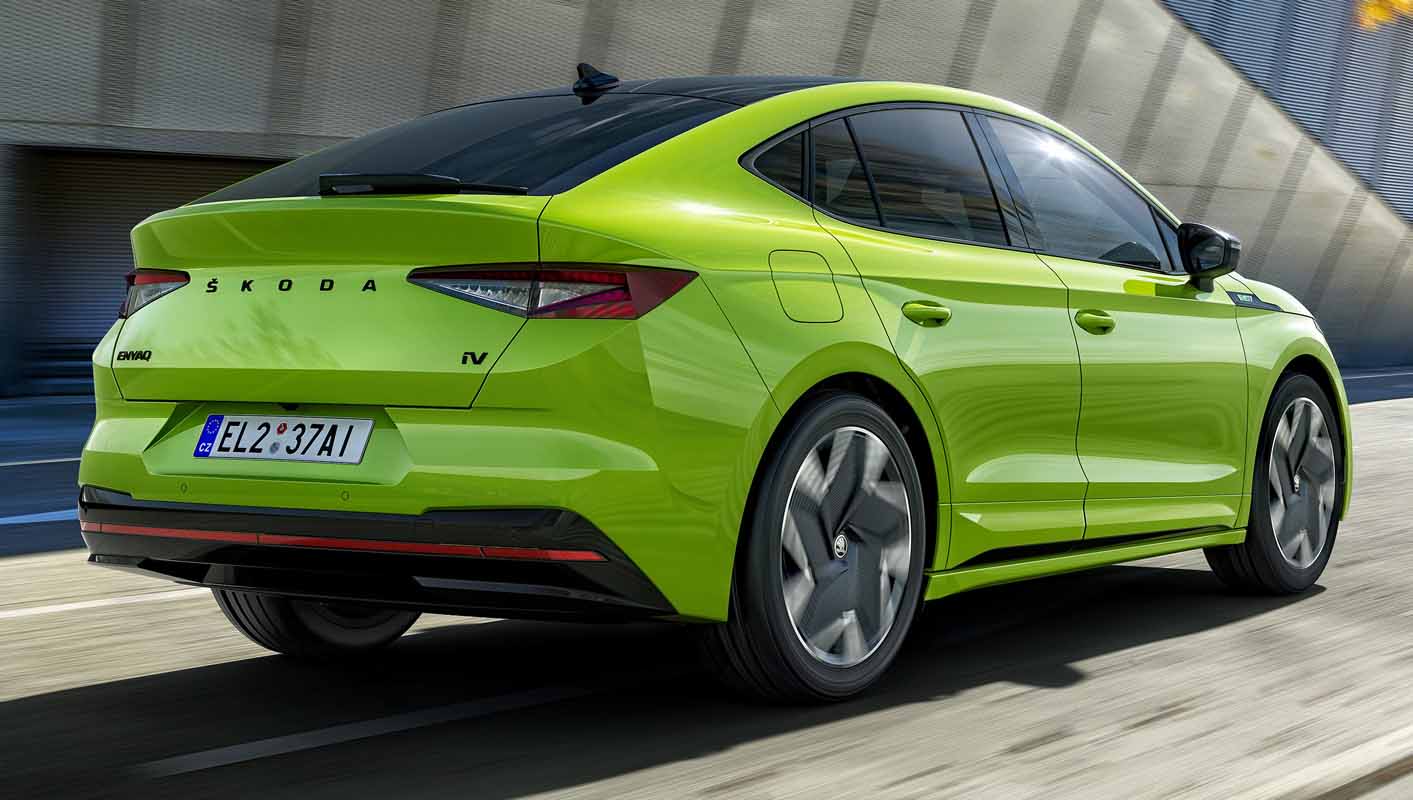 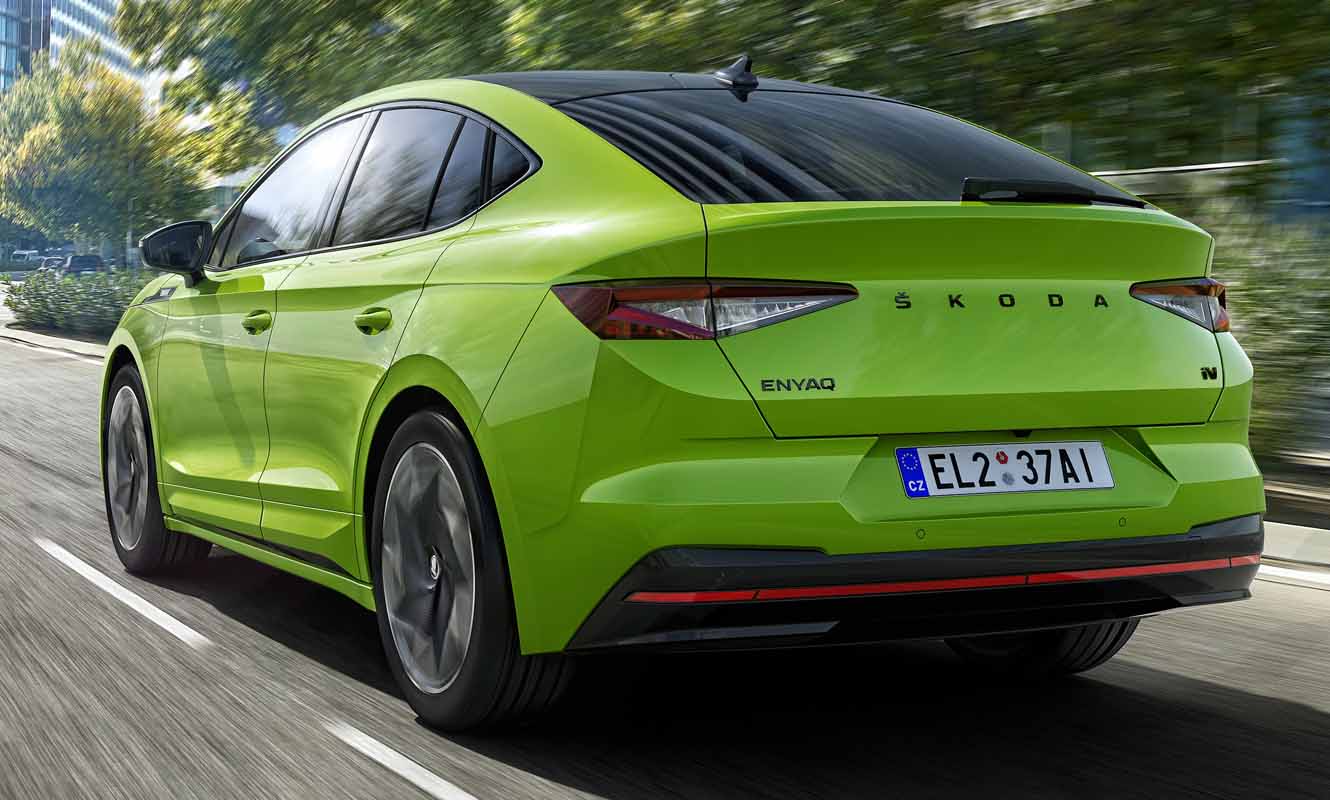 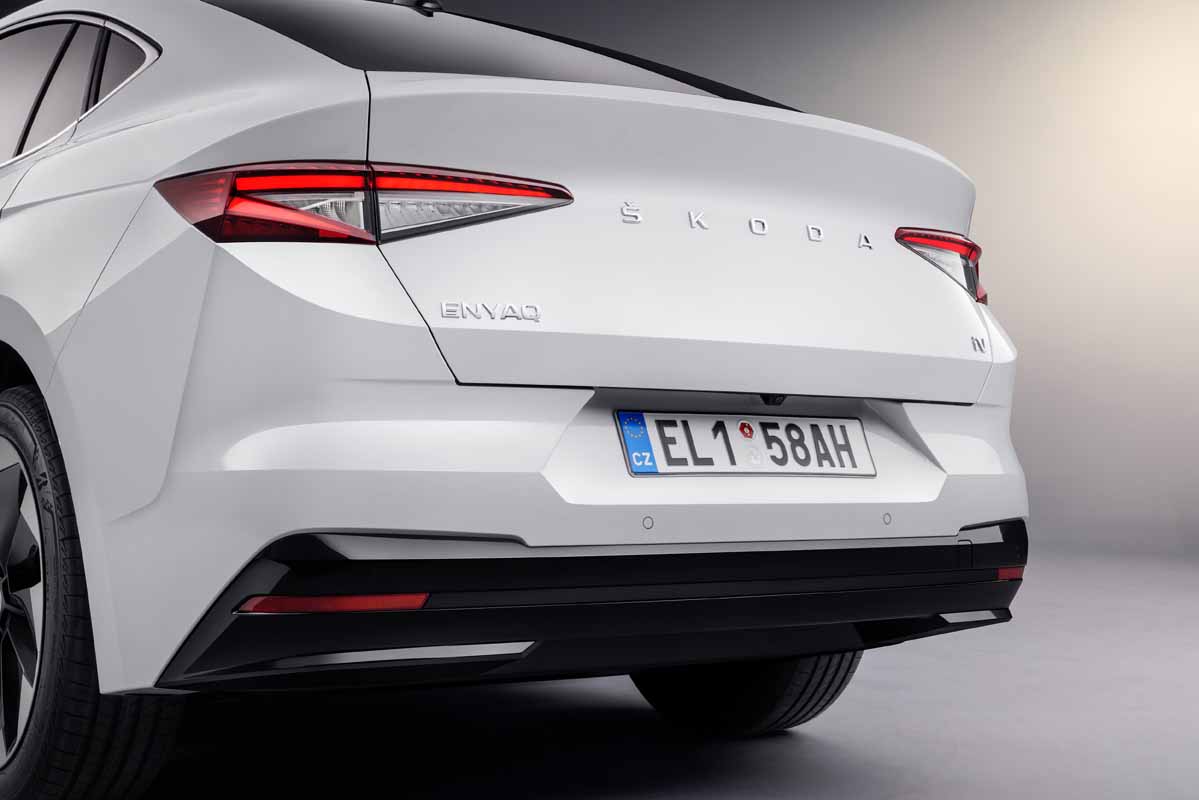 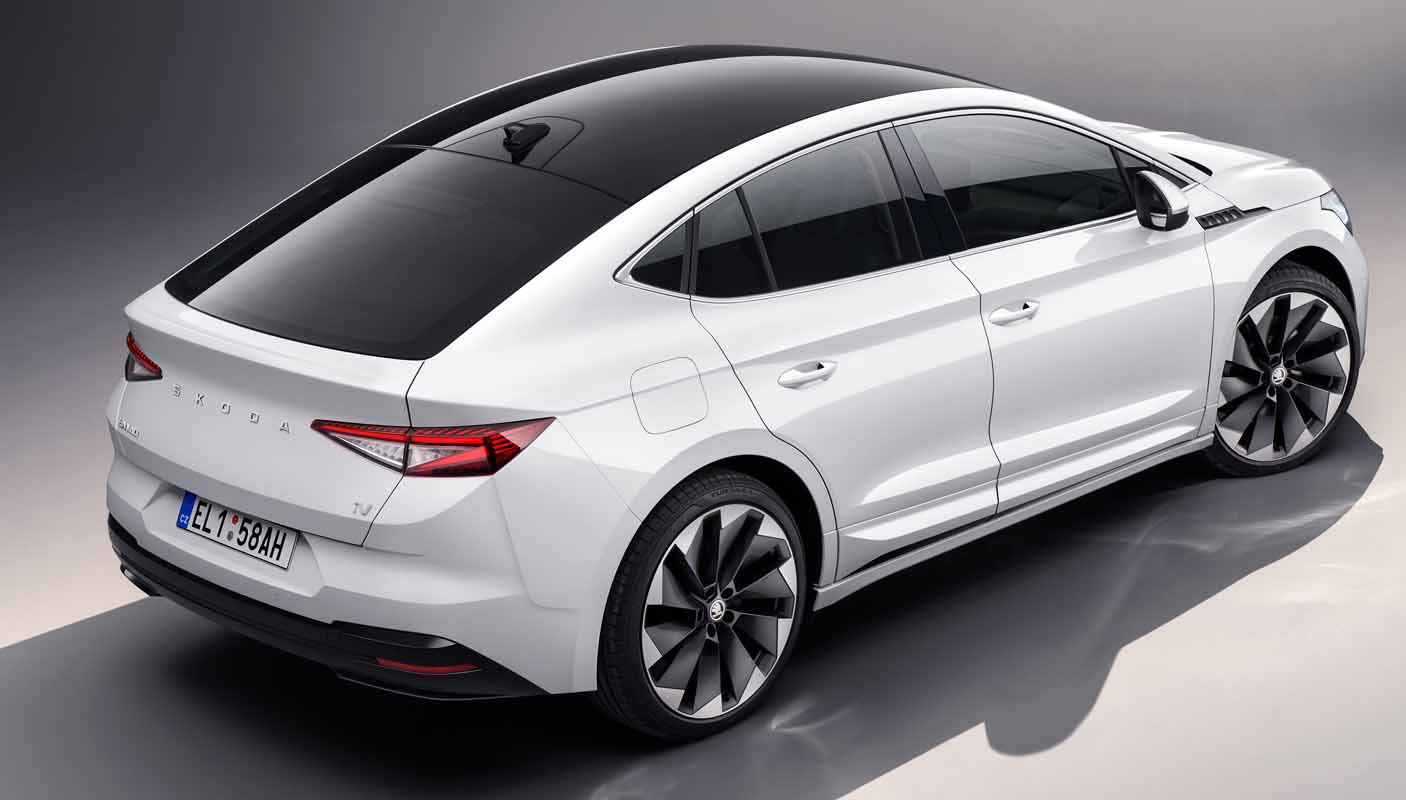 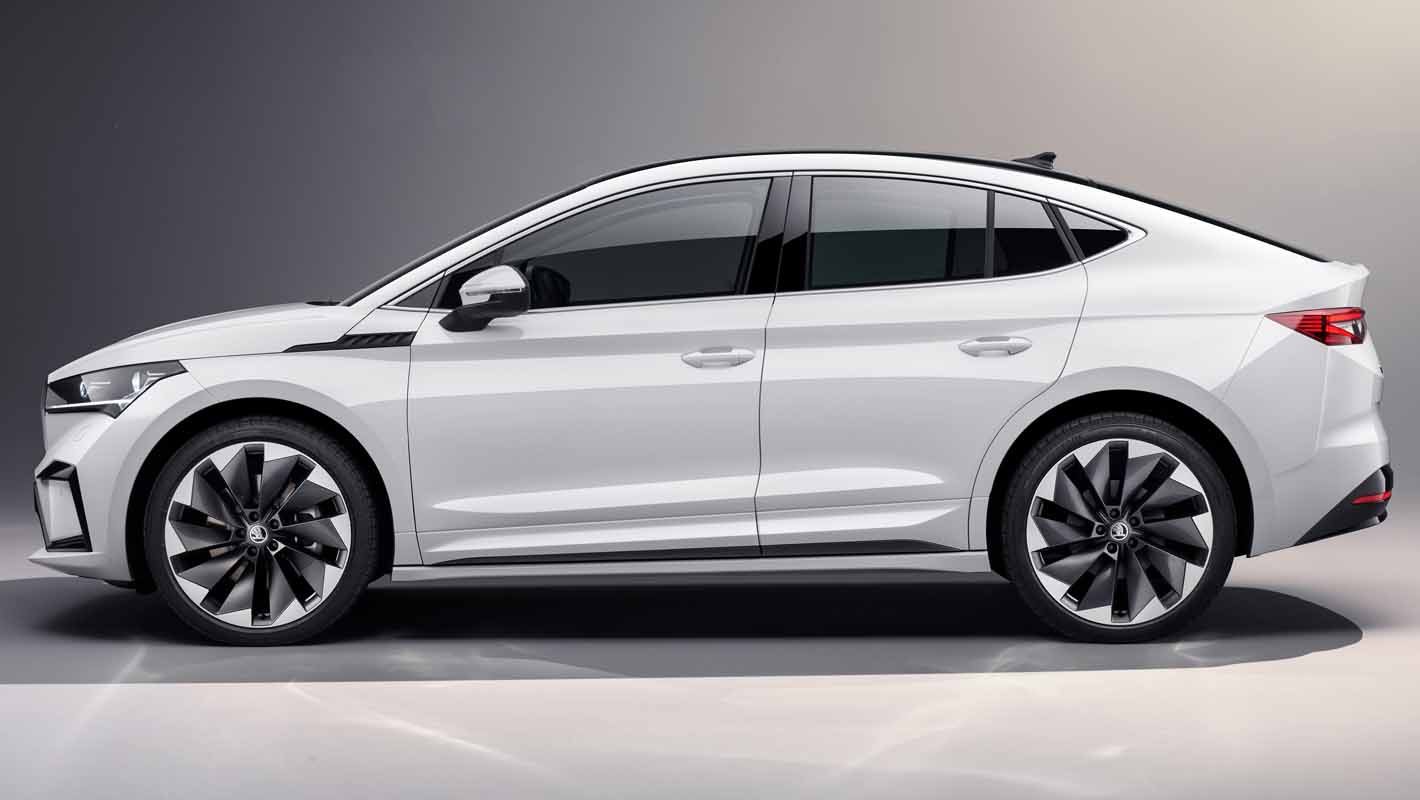 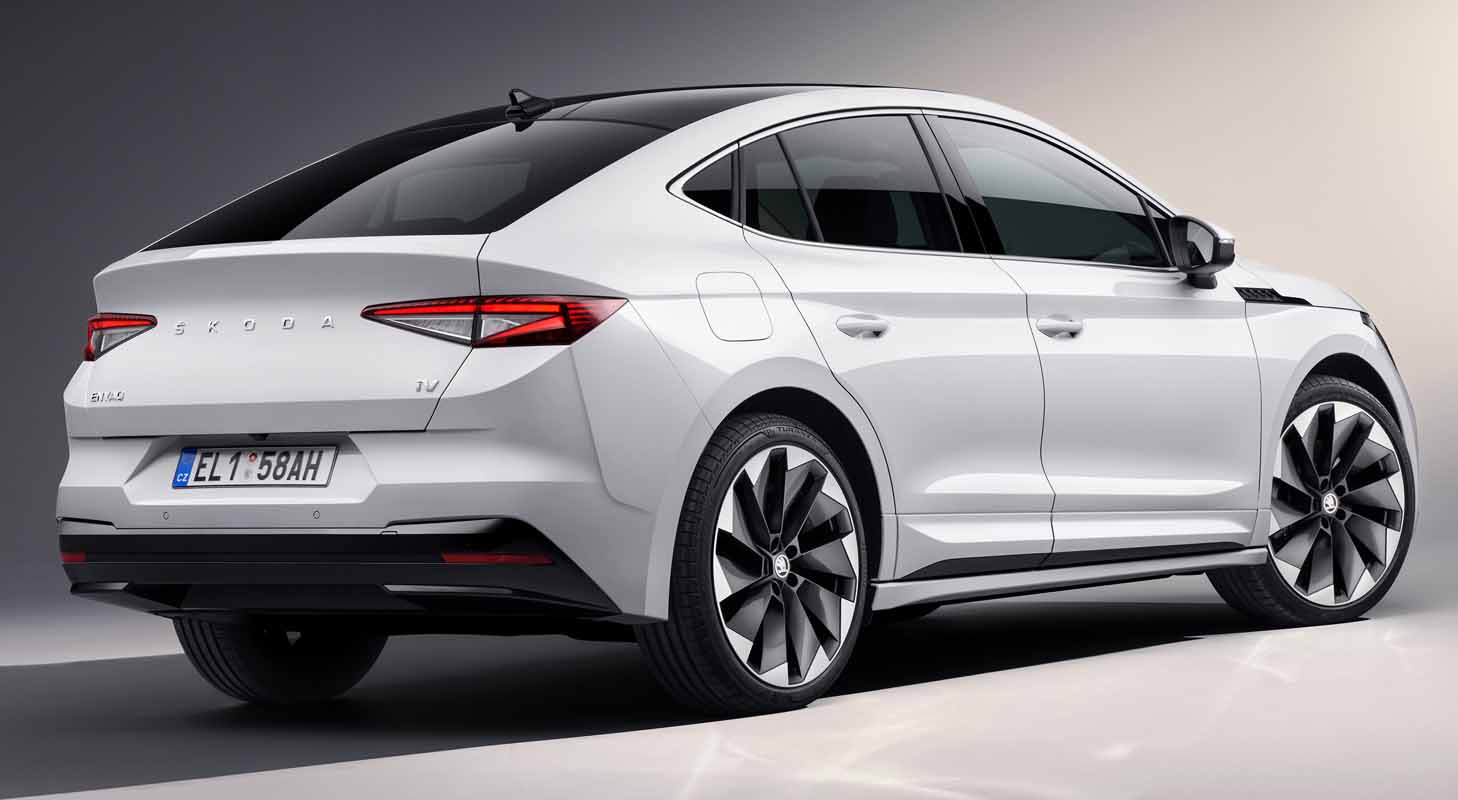 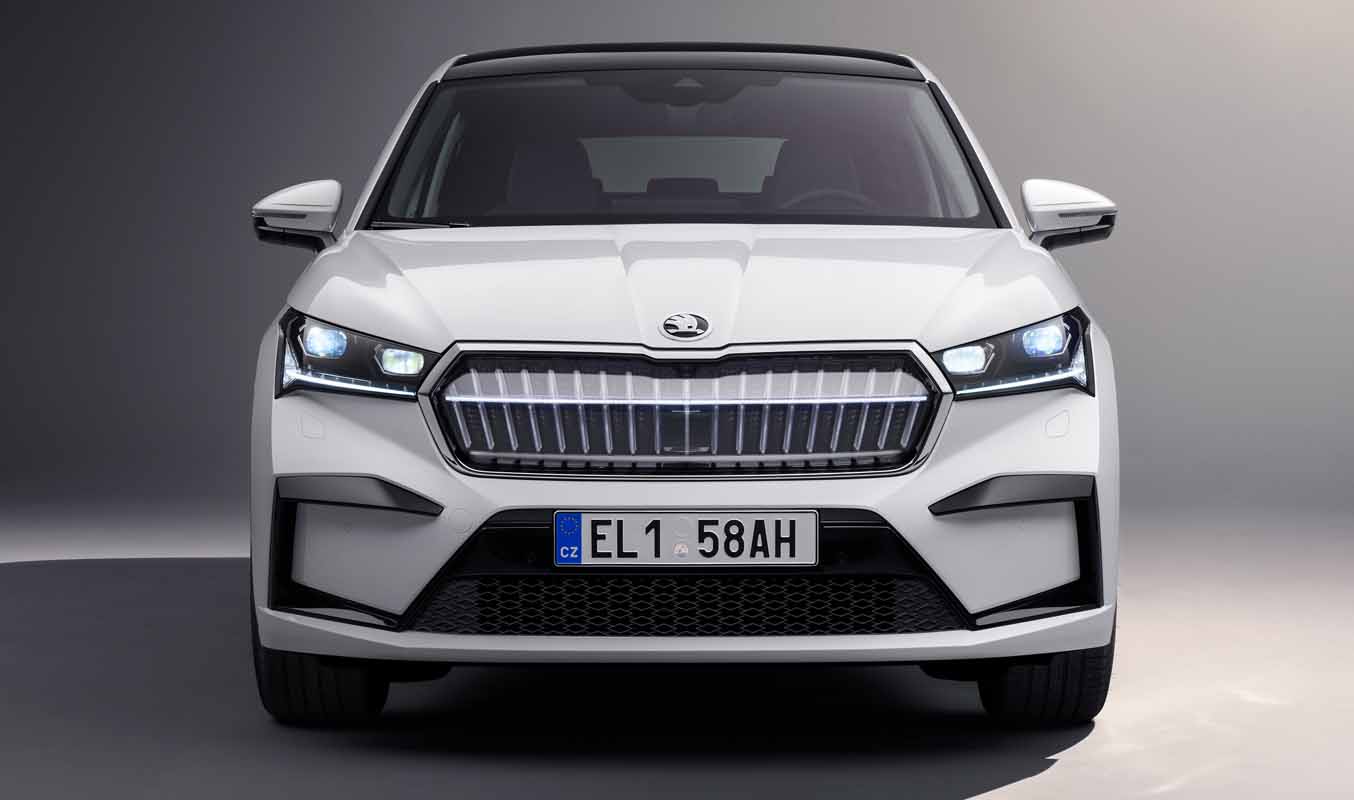 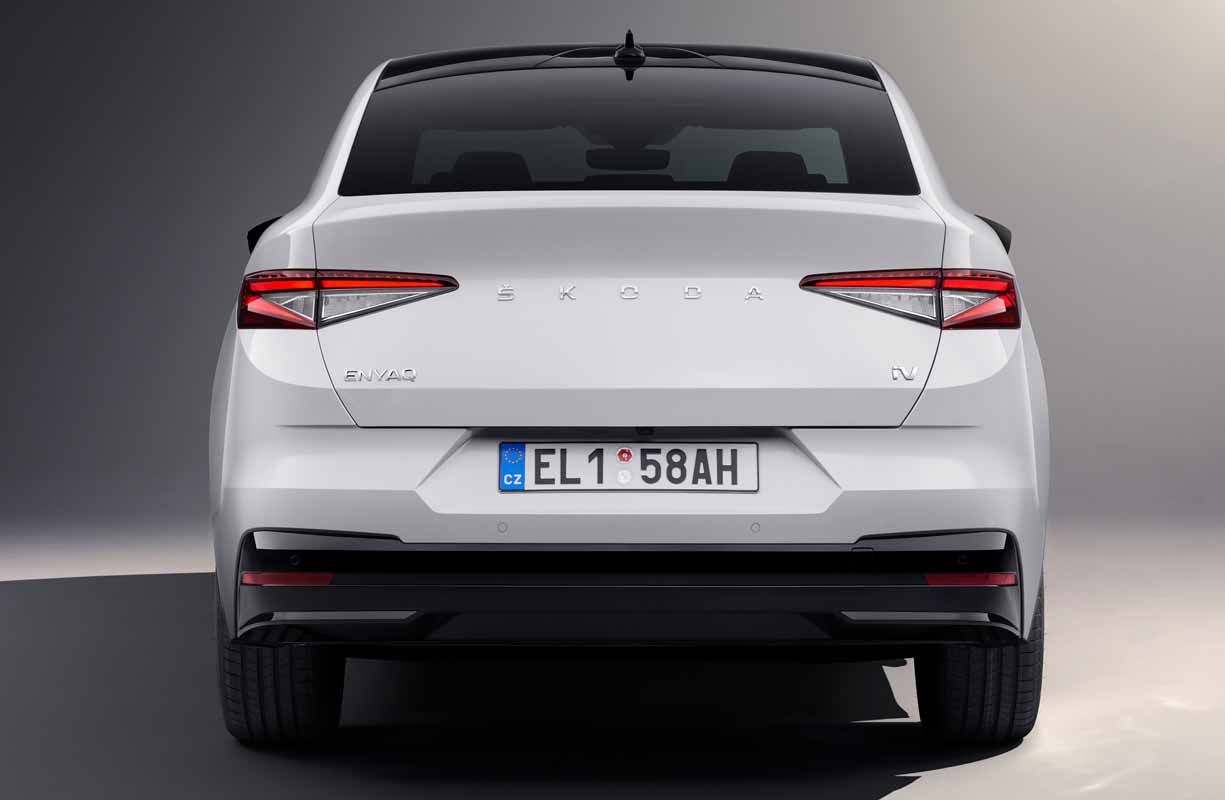 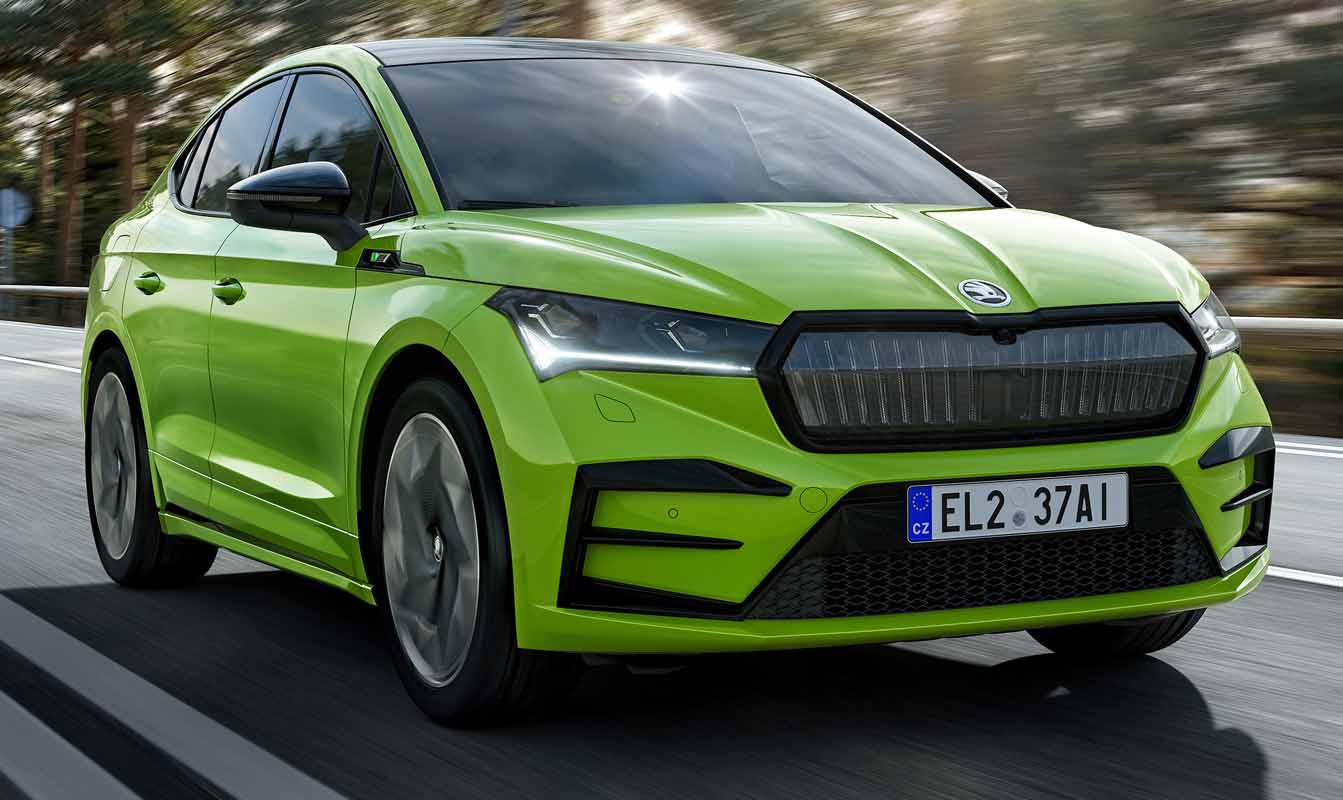 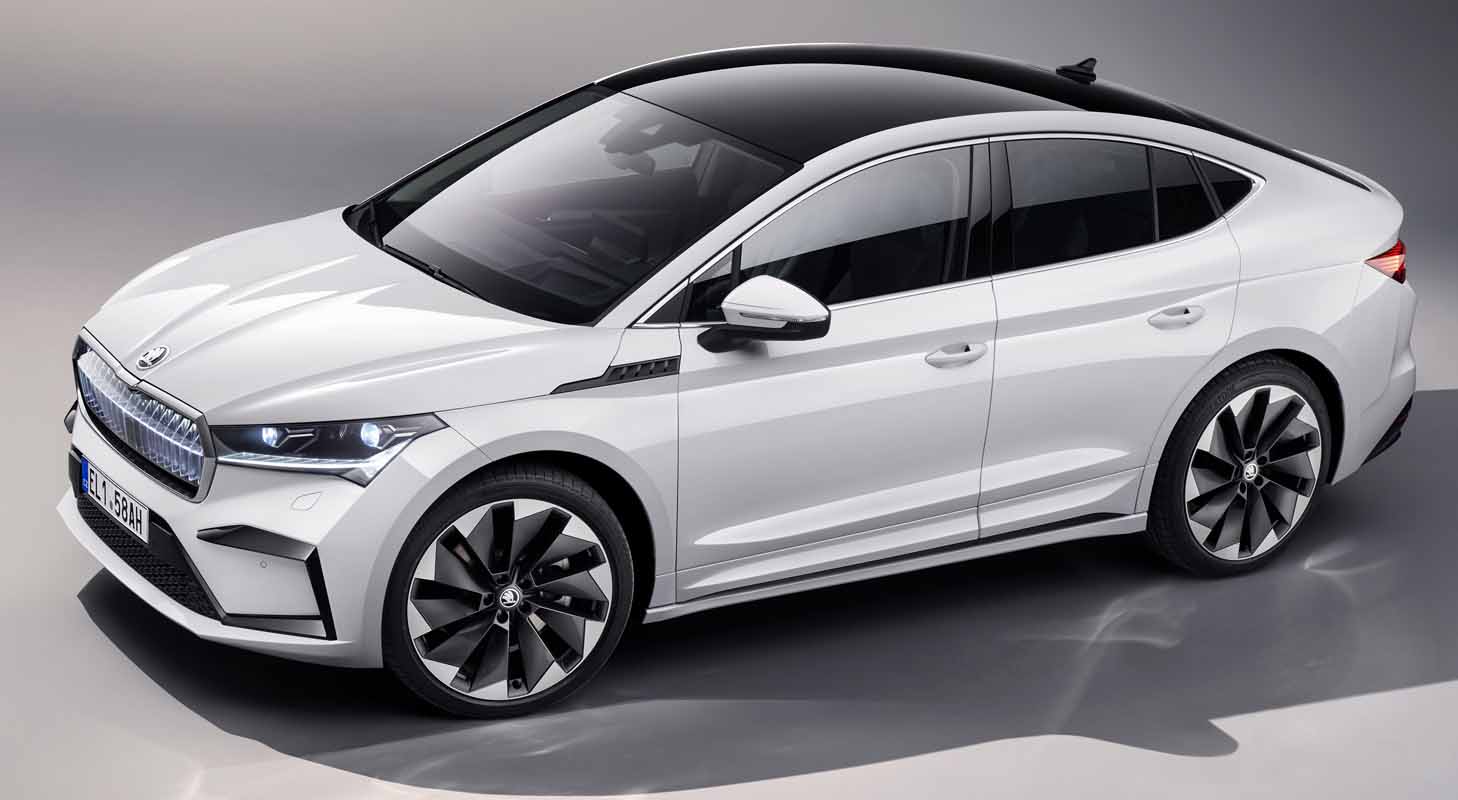 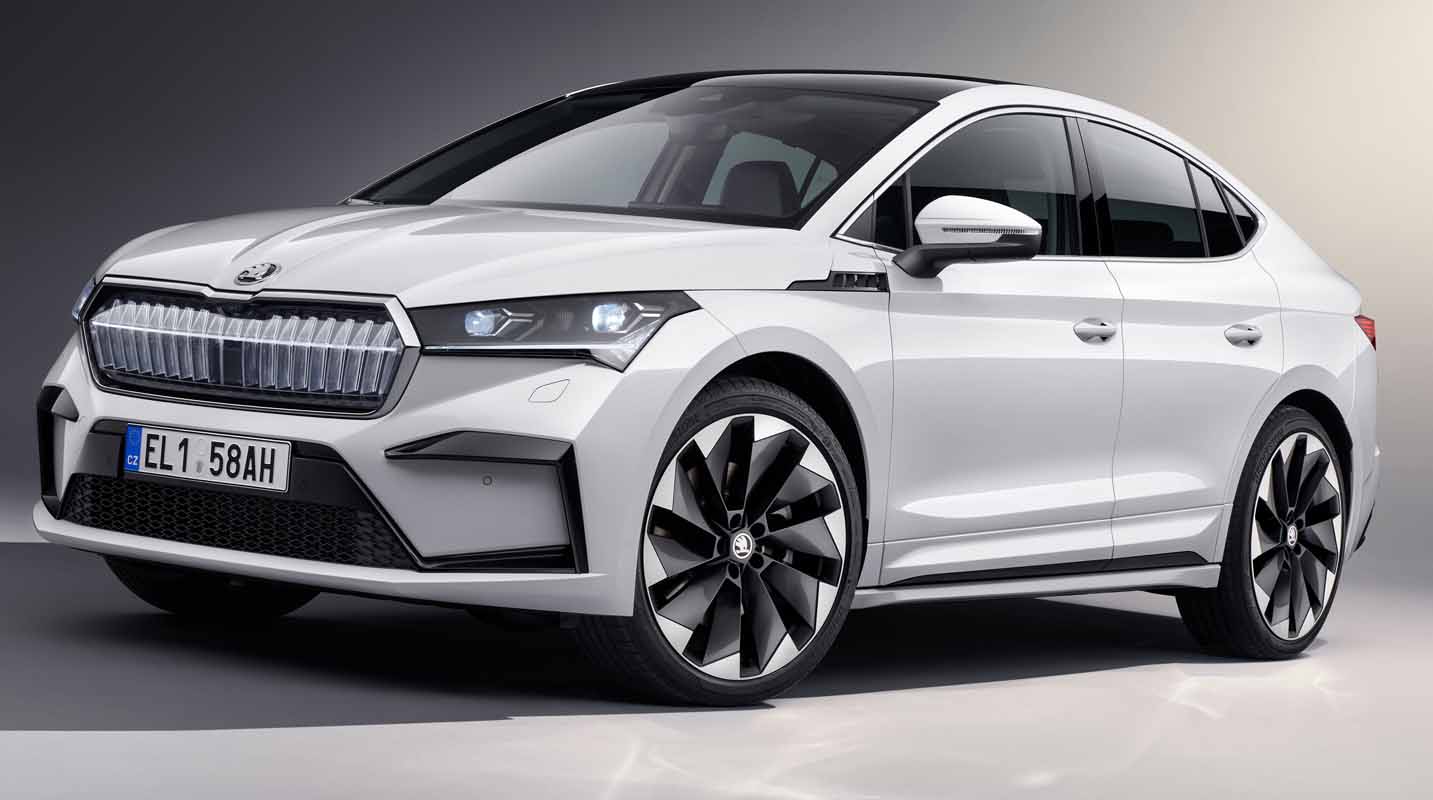 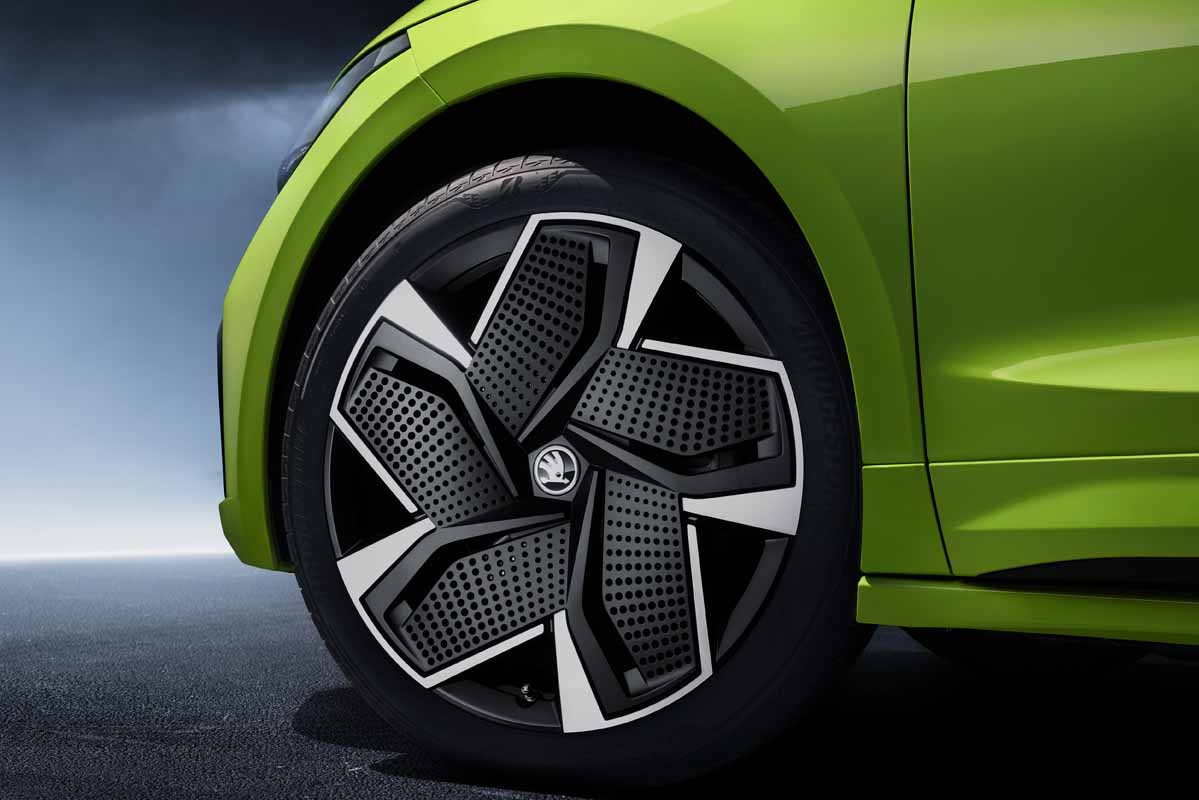 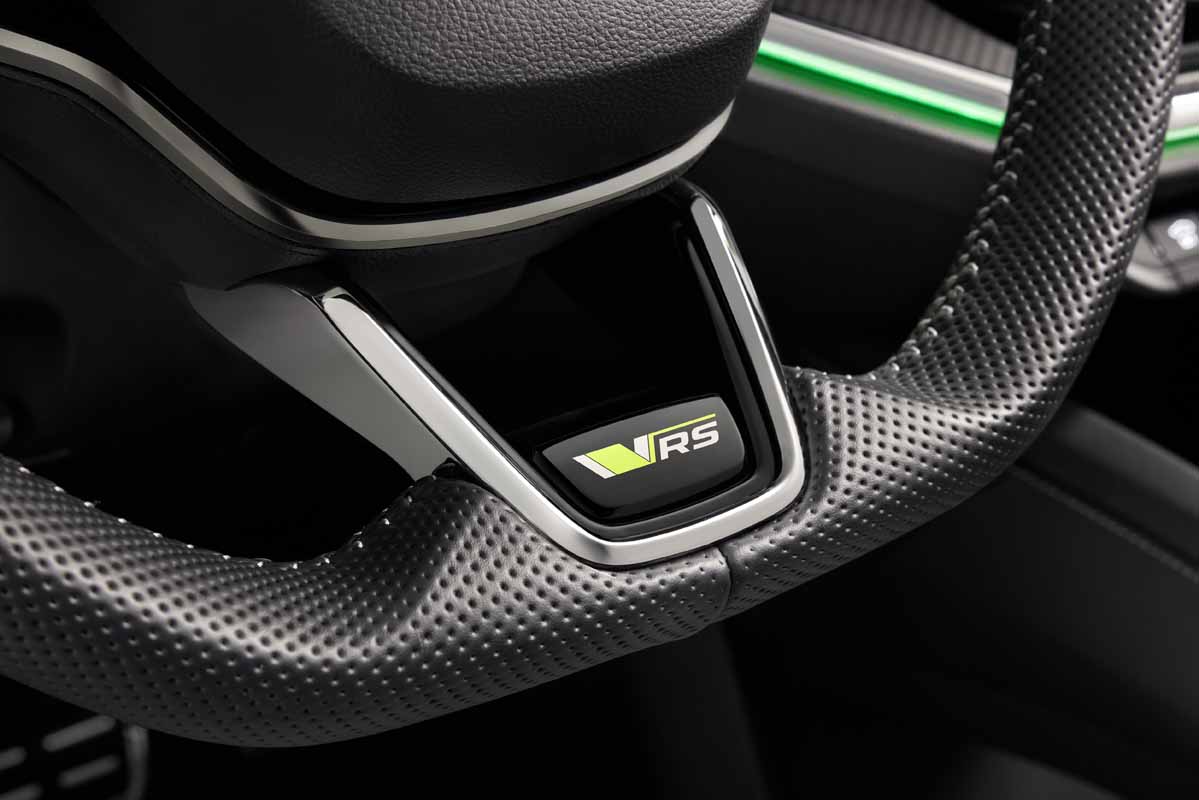 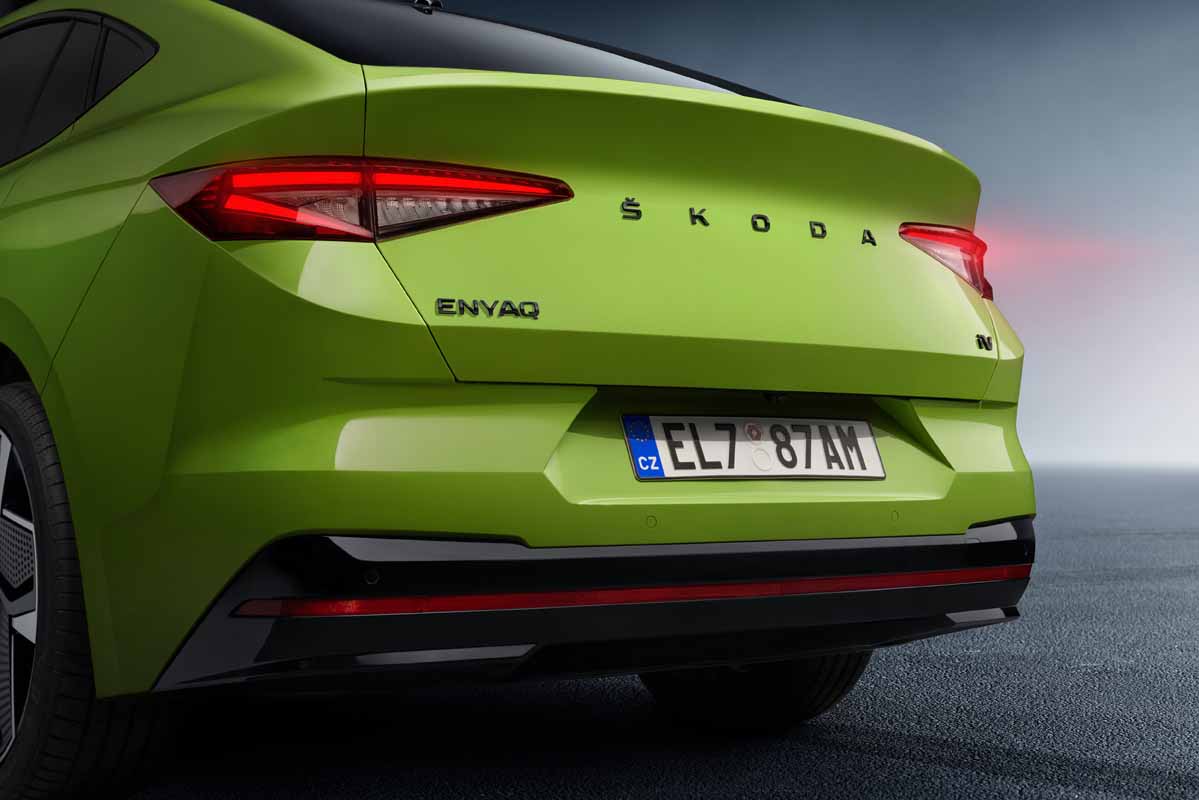