Sergio Pérez Races From NYC To Florida Ahead Of MiamiGP 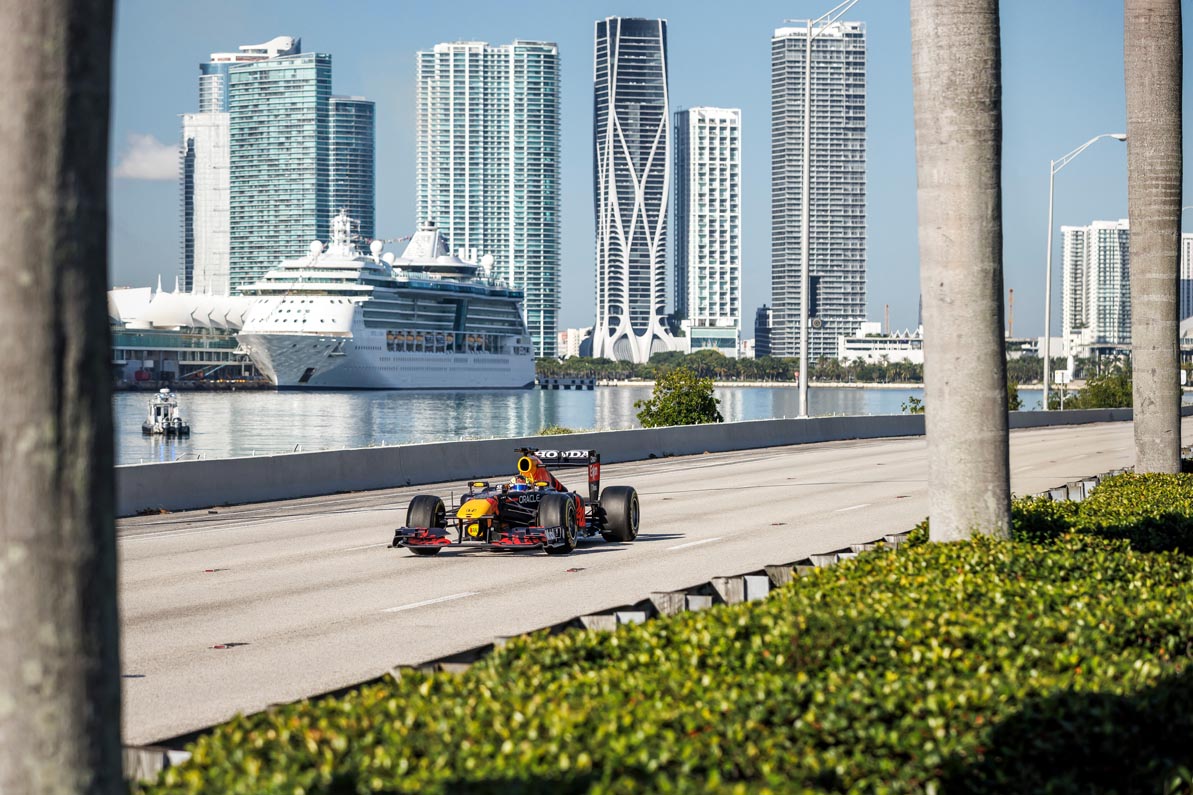 Oracle Red Bull Racing have prepared for this weekend’s hugely anticipated first Miami Grand Prix in F1 history by sending Mexican driver Sergio ‘Checo’ Pérez on a road trip like no other from New York through the Everglades to the ‘Magic City’. Here is all you need to know:

– The 2022 FIA Formula One World Championship season is four races down with reigning world champion Max Verstappen currently second and teammate Pérez in third place overall as the paddock heads to Miami.

– Oracle Red Bull Racing Road Trips have crisscrossed the globe from the USA to the Netherlands, South Africa and the Czech Republic with Checo’s debut road trip coming in the championship-winning RB7 car.

– With the Florida city hosting the first race in America this weekend, Oracle Red Bull Racing’s ‘Race to Miami’ sees a miscommunication between Pérez and Team Principal and CEO, Christian Horner, sending Checo on a frantic mission to get from New York City to Miami in just a single day.

– With help from his pit crew, barefoot wakeboard legend Parks Bonifay and Miami Dolphins’ NFL cornerback Byron Jones, Checo initially braves the streets of New York and then the swampy Everglades National Park to arrive at the Miami International Autodrome – home of the Miami GP.

– Guadalajara native Pérez, 32, said: “I loved taking part in my first Red Bull road trip. I remember seeing the one of Daniel (former team driver Ricciardo) crossing the Golden Gate Bridge and never thought I would get the chance to be part of it. I think Miami is the perfect place for Formula One, it’s a very fun city and there’s a good energy there. The track is looking awesome and I can’t wait to see all the fans there. Austin always feels like a home race for me and I think Miami will be similar.”

Watch the full version of Checo’s Race to Miami HERE. 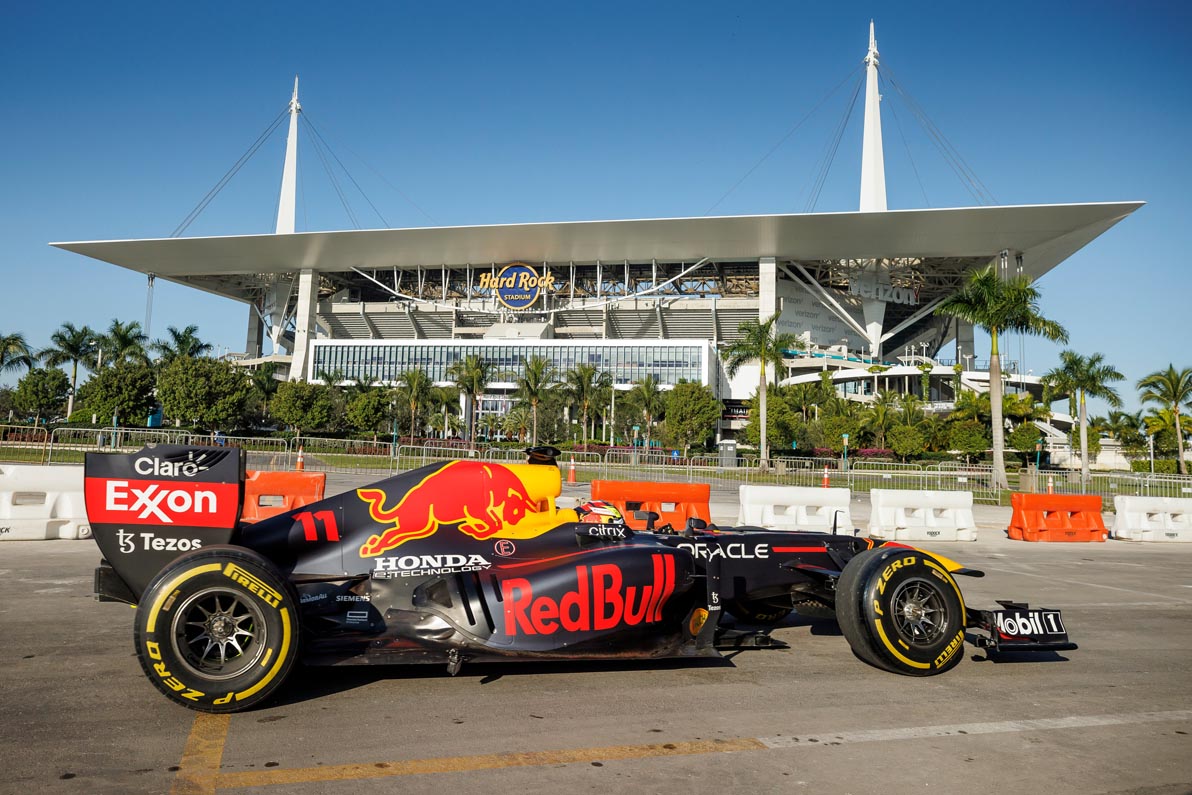 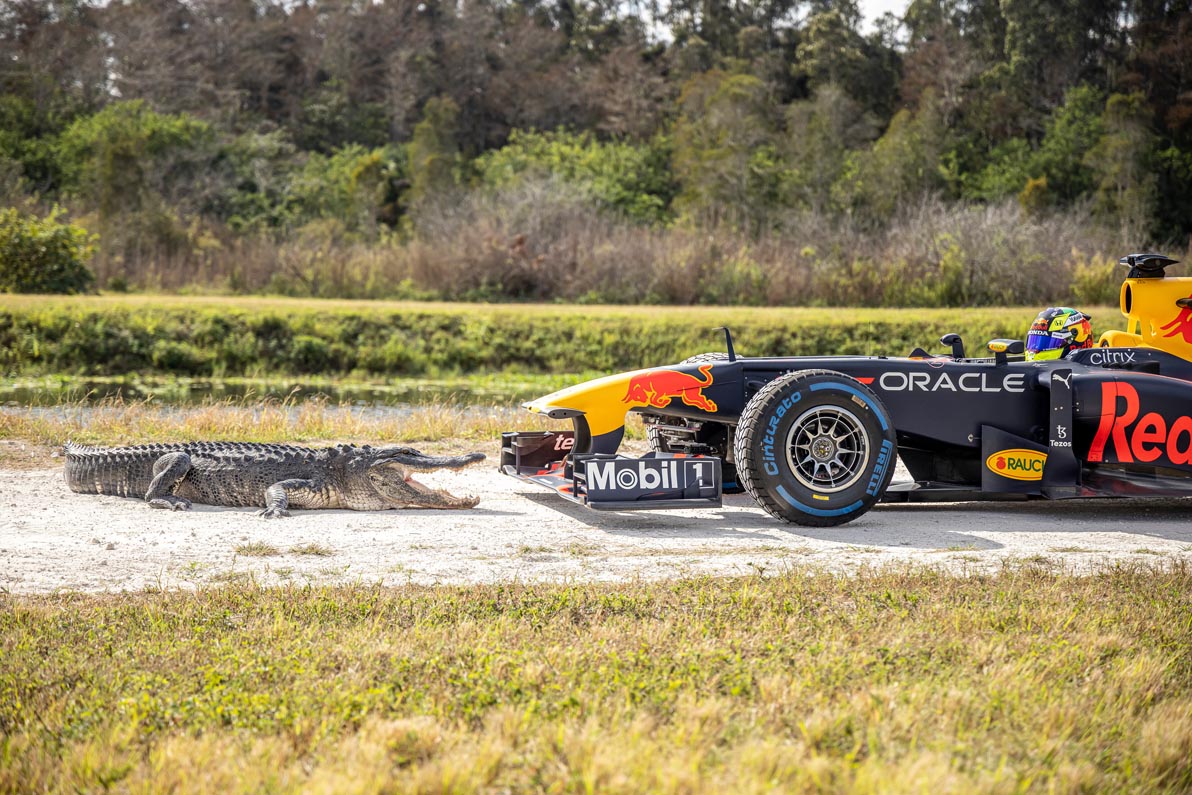 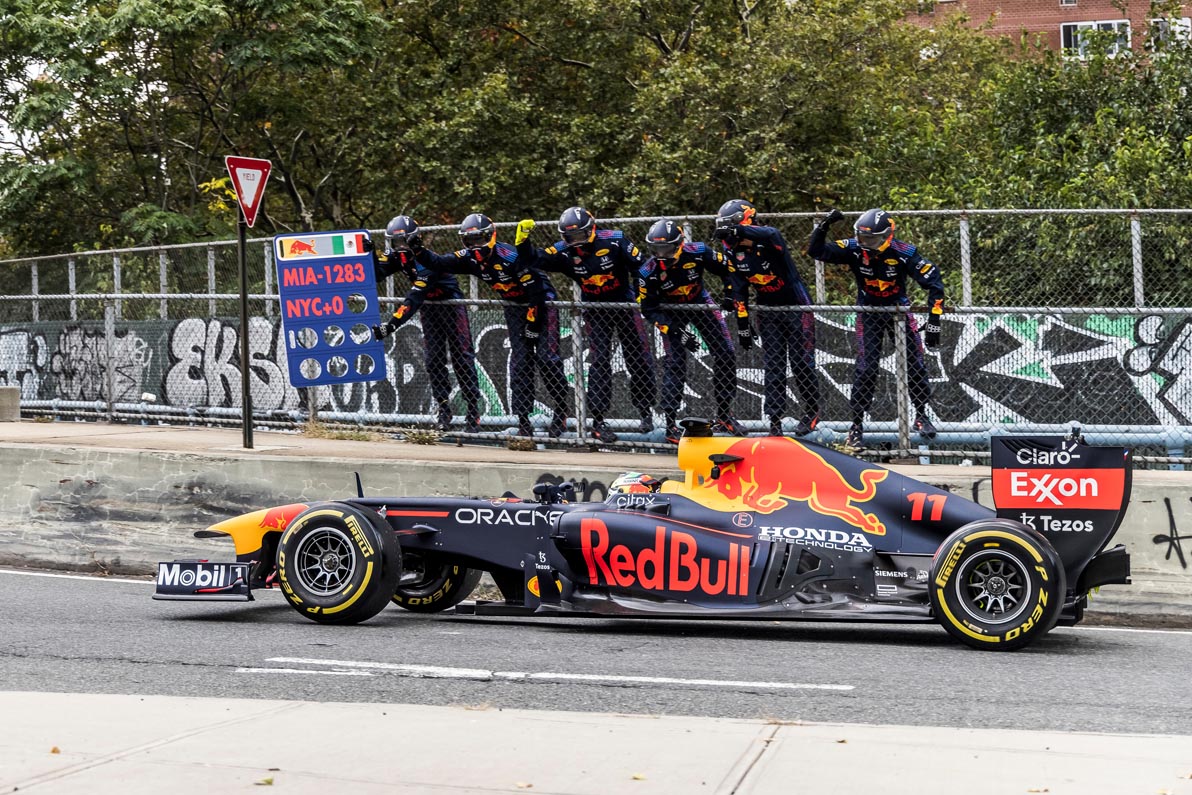 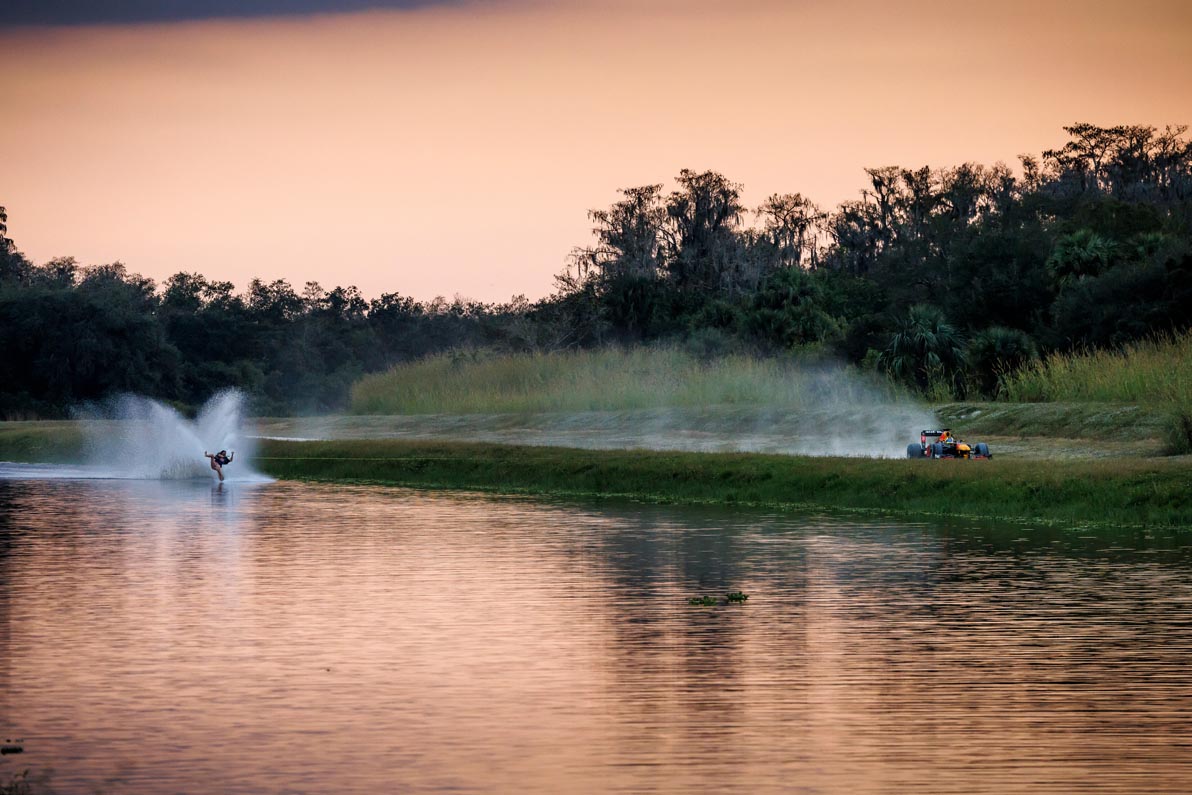 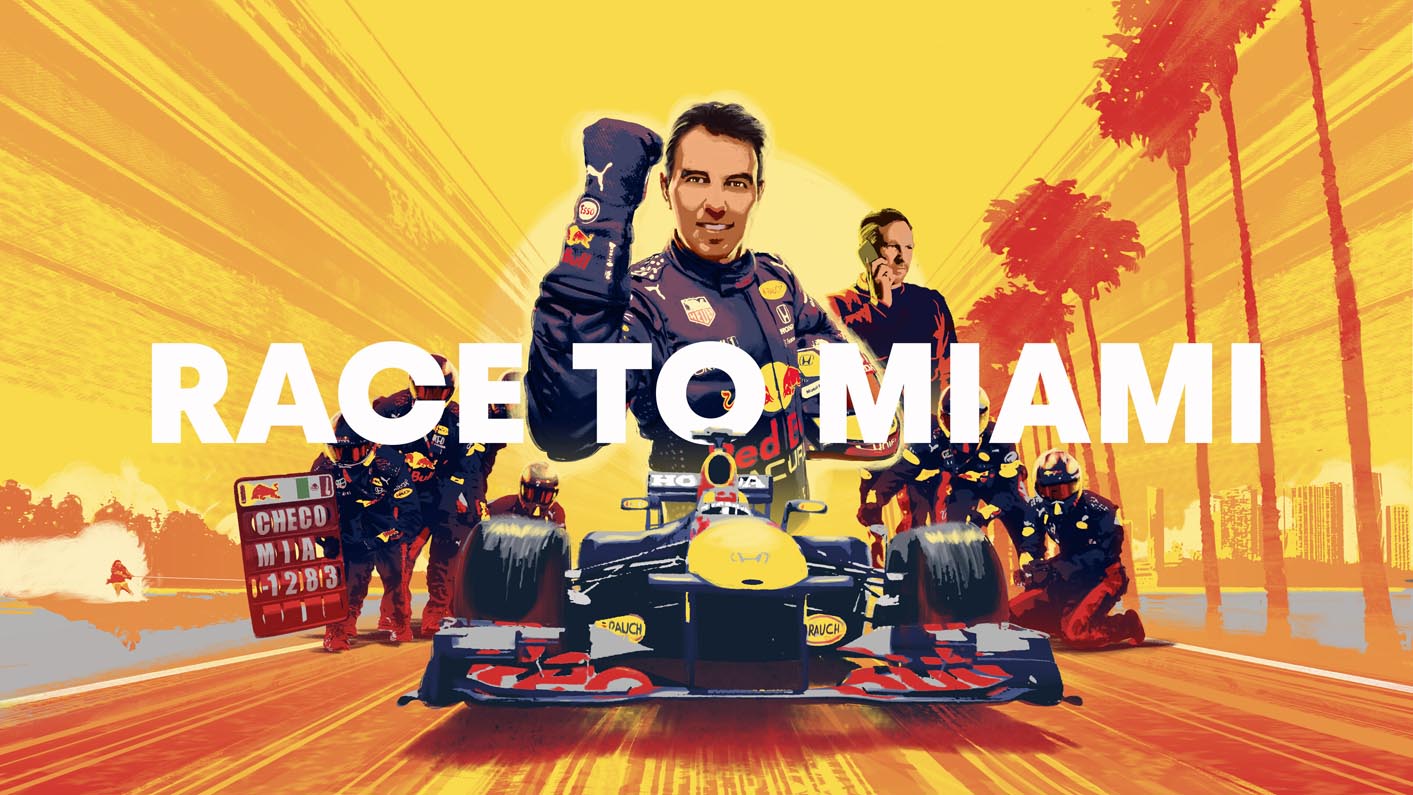 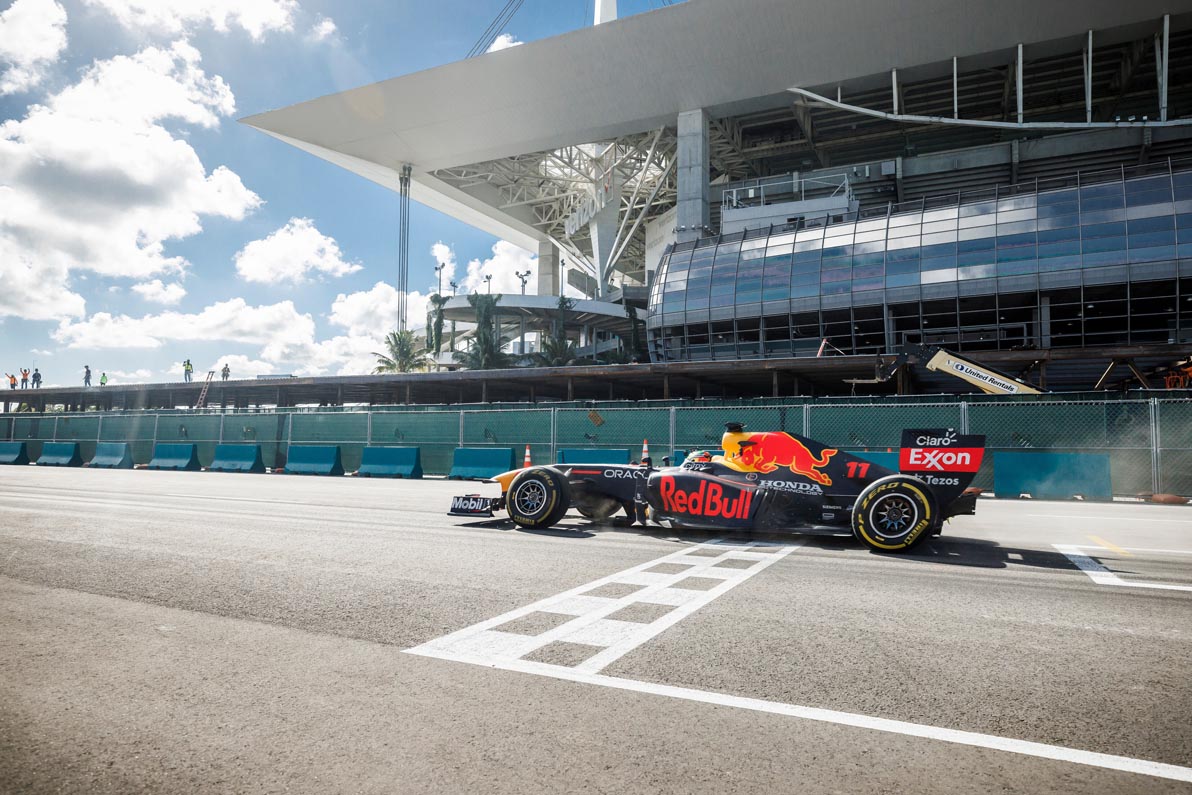 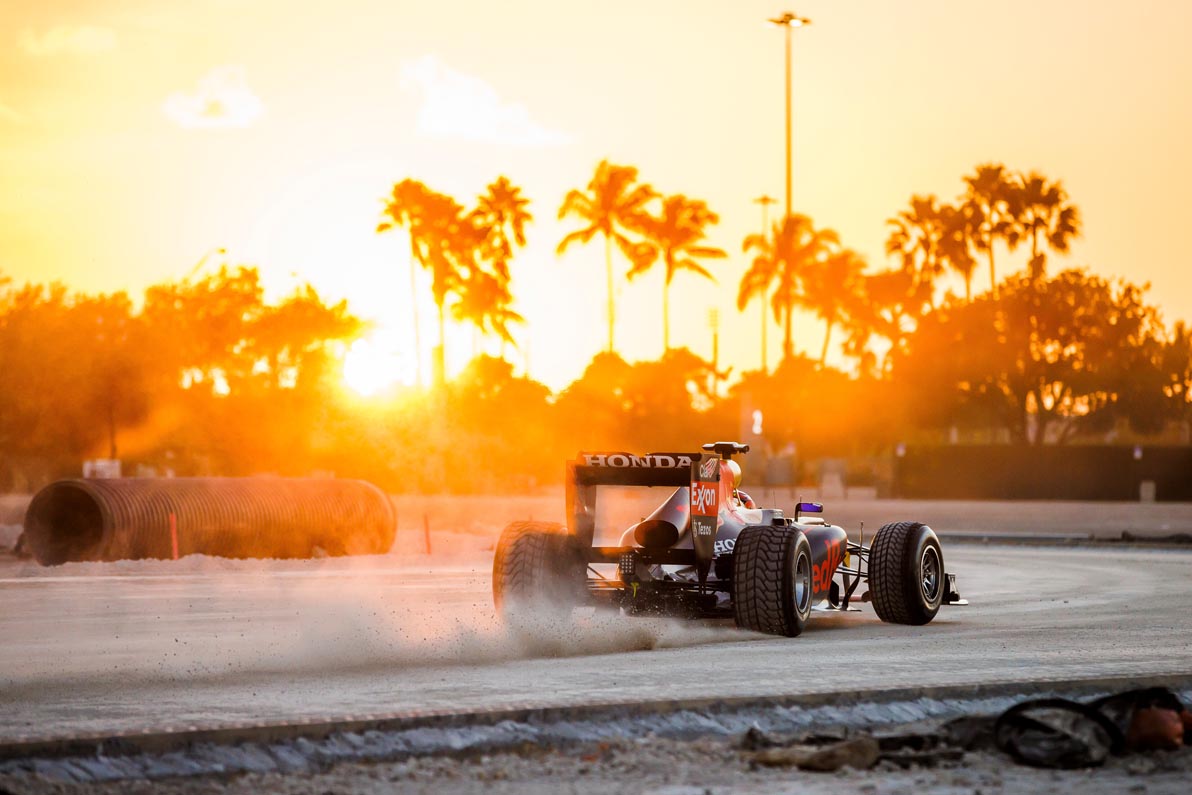 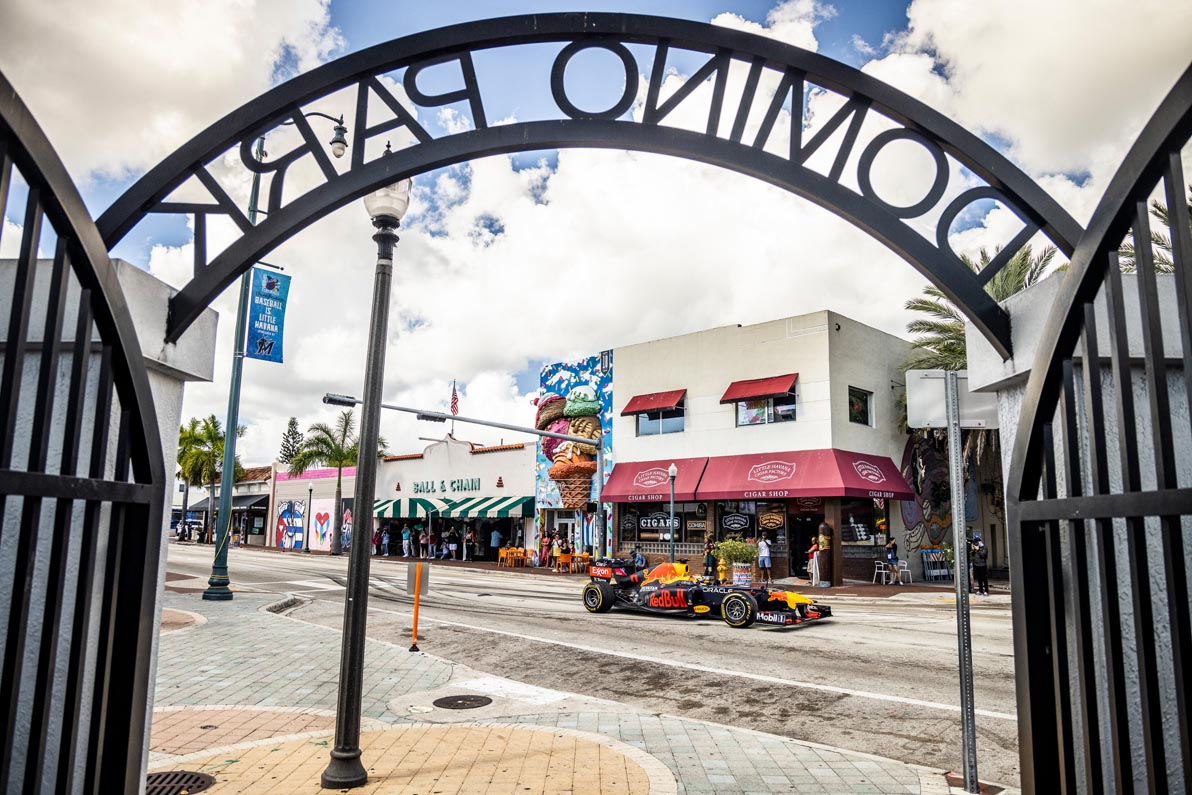