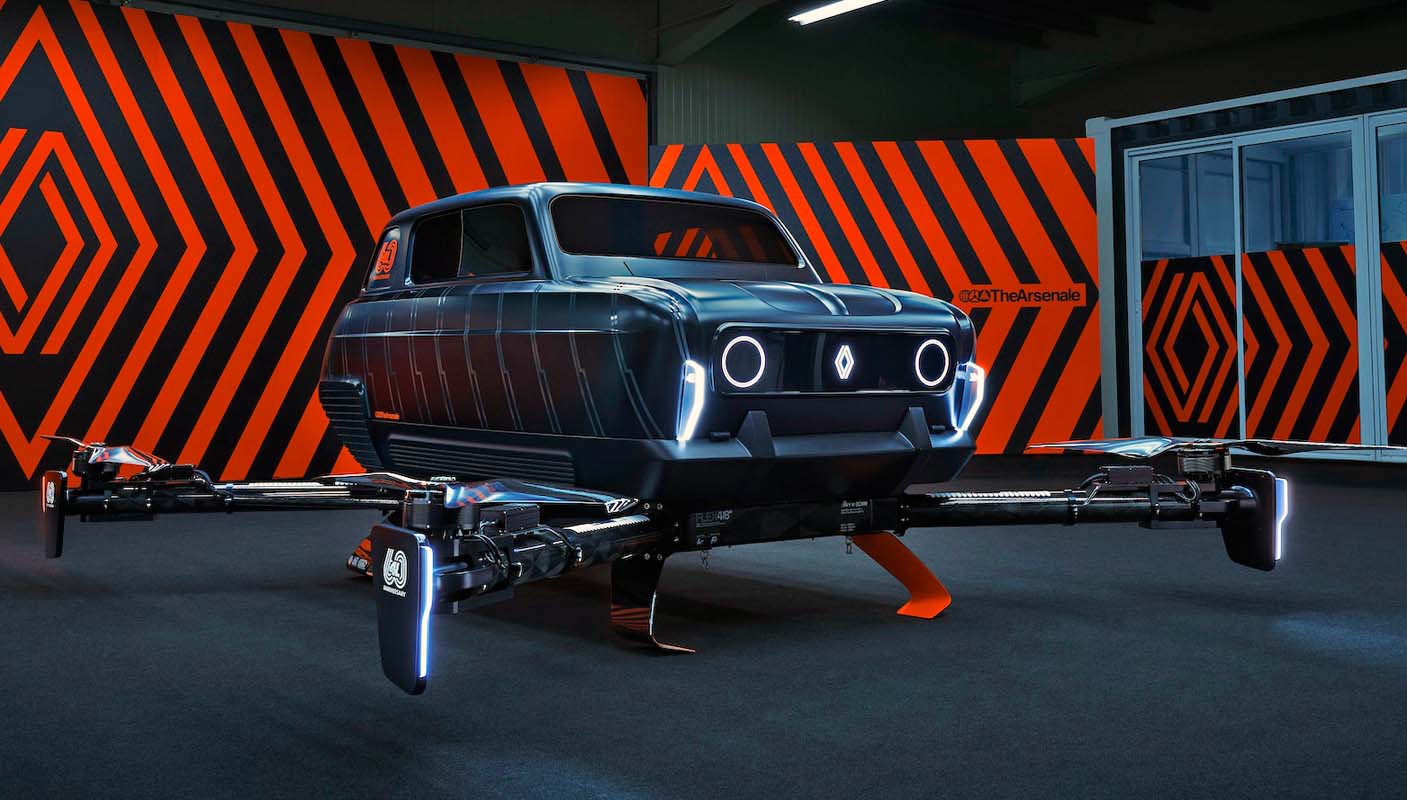 To conclude the celebrations for the 60th anniversary of Renault 4, the car maker has decided to team up with motion design hub TheArsenale to create a futuristic showcar, reinterpretation of this iconic model.

2021 marks the 60th anniversary of Renault 4L, a car that has sold more than 8 million units in over 100 countries over a period of more than 30 years. Much more than a car, 4L is a true icon.

To celebrate its 60th anniversary, Renault has been holding a year of celebrations consisting of a number of initiatives. To wrap it up, the brand decided to join forces with the ground-defying design hub TheArsenale to create a showcar that gives a futuristic and offbeat reinterpretation of 4L.

The original Renault 4 was a simple, efficient and versatile vehicle built between 1961 and 1992. A “blue jeans” car, as the former head of Renault Group, Pierre Dreyfus, used to describe it. A true icon conveying families, businesses and the likes of the gendarmerie and La Poste, as well as helping several generations of young motorists get behind the wheel. Its values and qualities convinced TheArsenale to collaborate with Renault to reimagine a 4L designed to drive along the unmarked highways above our heads.

Renault has partnered with TheArsenale on this truly unique project, and the result is unprecedented. AIR4 is a symbol of independence and freedom, born out of the realisation that traffic is compounding, lives are grinding to a halt, and the world above us is unhampered. Thus, AIR4 claims the air as the new road of the future.

Design wise, AIR4 has resulted in a reinterpretation of the retro icon by TheArsenale, far from the modern car design language. The vehicle, entirely made of carbon-fiber, maintains the same lines and contained mass of the original 4L, yet presenting new dynamic capabilities. The rigidity has been completely revised to include new concepts such as thrust or lift, which required hours of calculations and tests. Drawing on generative design techniques using artificial intelligence, TheArsenale’s engineers were able to test terabytes of data to improve and fine-tune the designers’ ideas, even before starting the first real-world trials.

To drive around, AIR4 has no wheels. Instead, it features four two-blade propellers, one at each corner of the vehicle. The chassis sits in the middle of the rota frame, and the driver can access and take a seat in the utilitarian cabin of the vehicle by lifting the reimagined Renault 4 shell, which is hinged at the front.

From a technical standpoint, AIR4 is powered by 22,000 mAh lithium polymère batteries that generate a total power of 90,000mAh. The vehicle counts on an orizontal top speed of 26m/s, with a 45° inclination during flights, and up to a maximum inclination of 70°. It can fly as high as 700m with a take off speed of 14m/s, restained at 4 m/s for safety reasons, and landing velocity of 3 m/s. Last but not least, AIR4 offers a maximum vectorial thrust of 380 kilograms, that is to say 95kg per propeller.

AIR4 has been imagined, designed, engineered and assembled entirely in France, in the heart of Europe’s first technology park in Sophia Antipolis, on the Côte d’Azur.

TheArsenale stands by the assumption that the icons of car culture are eternal. This vehicle is the first product from TheArsenale’s ROAD TO AIR division, which envisions the future transport network to be in the sky. AIR4 is the brainchild of Patrice Meignan, CEO and Founder of TheArsenale, who sought to create a new kind of vehicle that provokes emotion, establishes brand identity and offers pleasure. 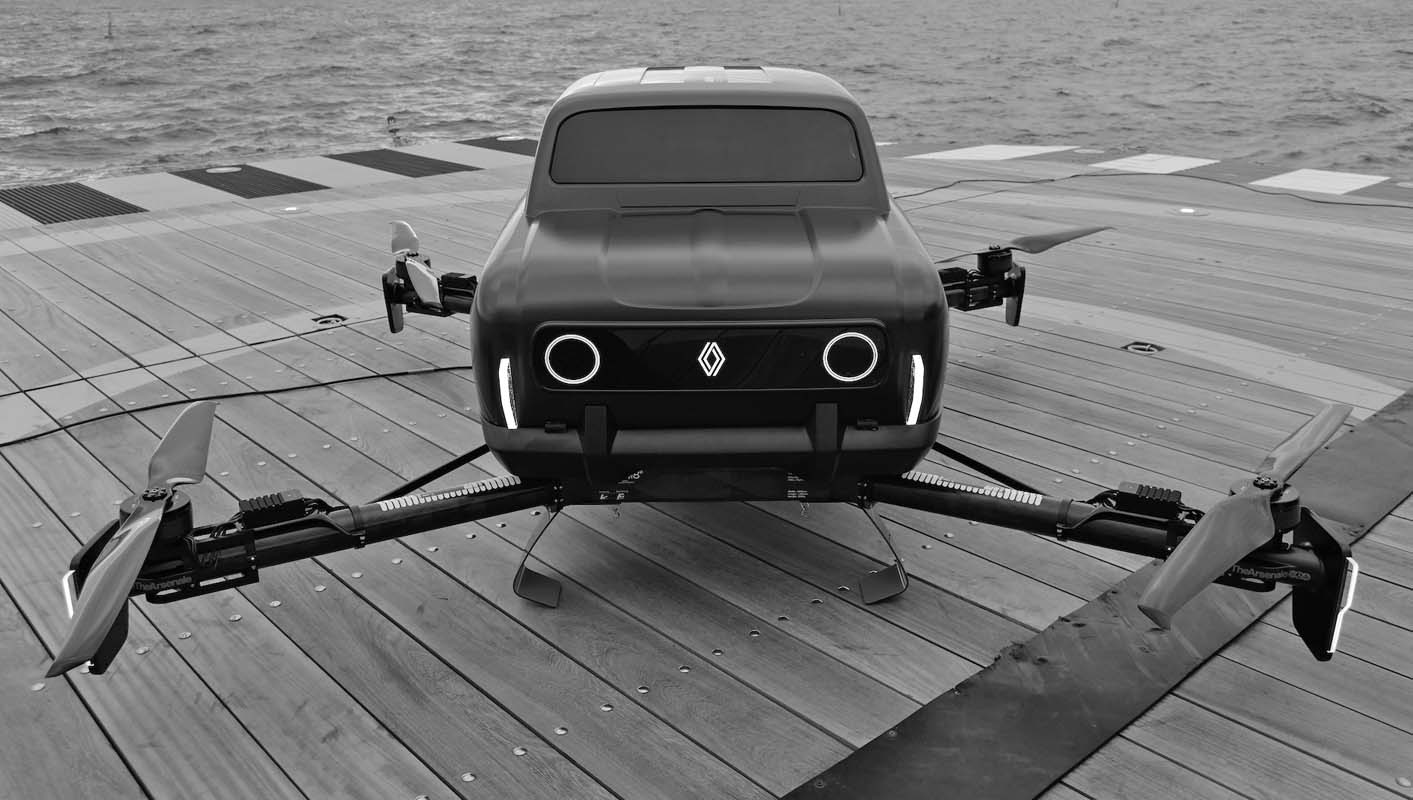 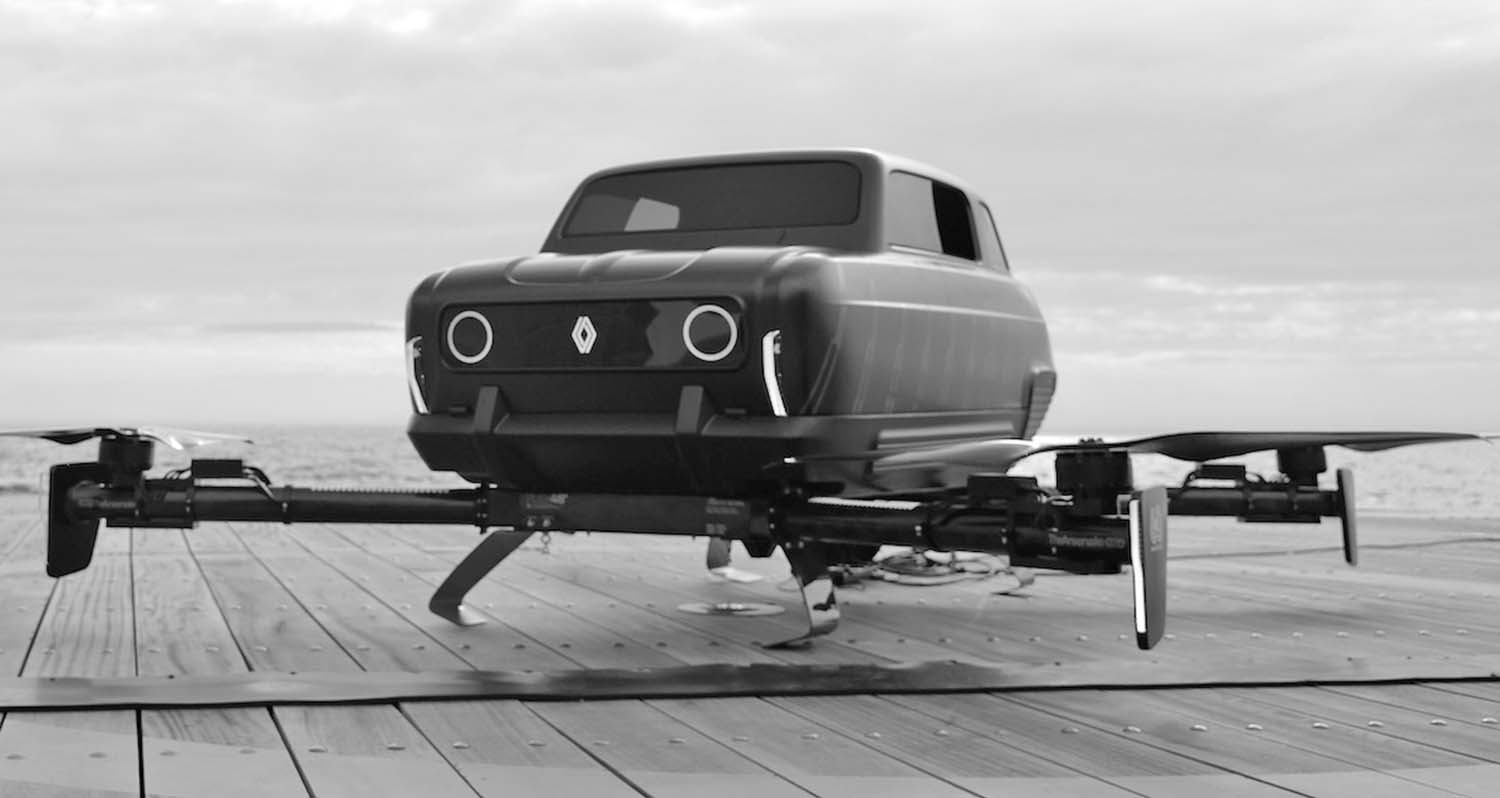 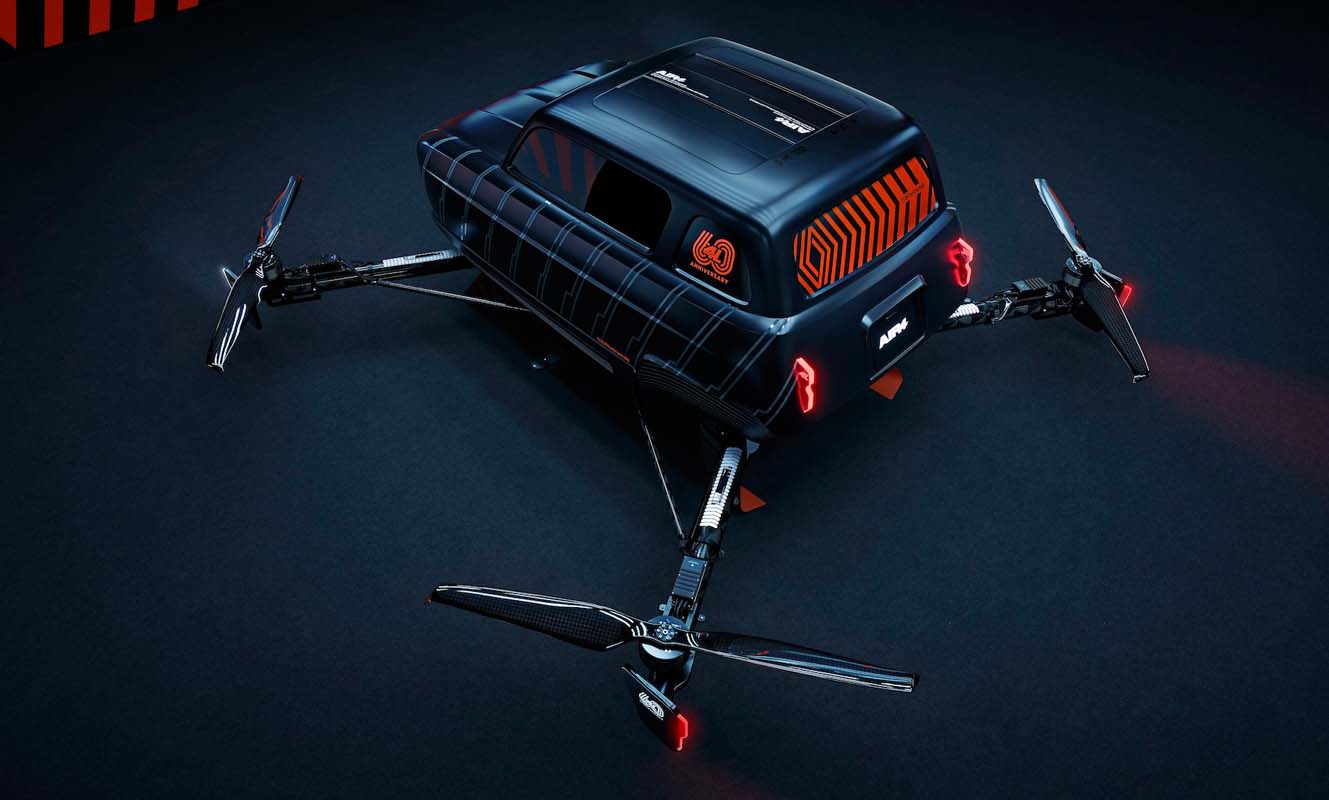 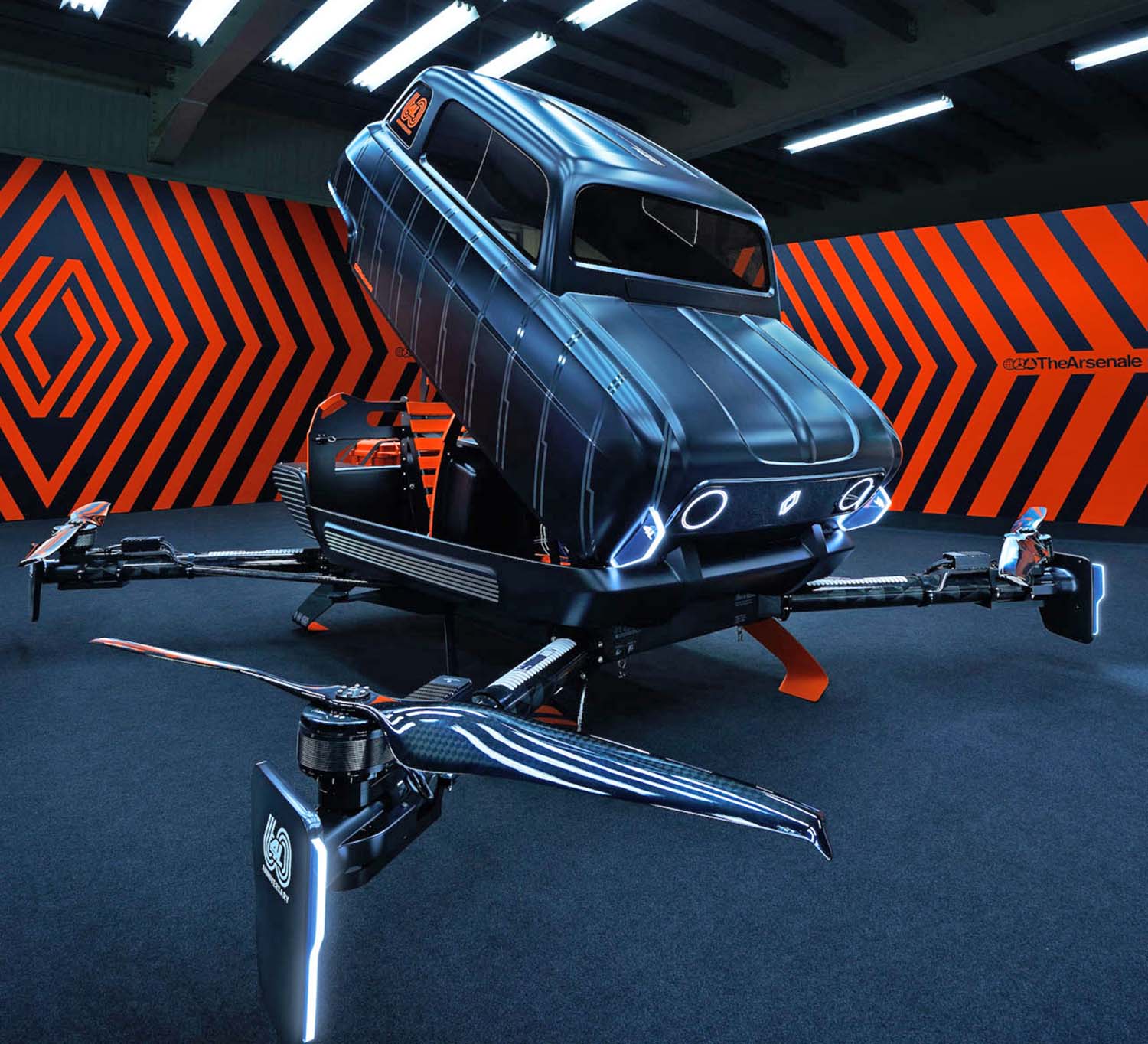 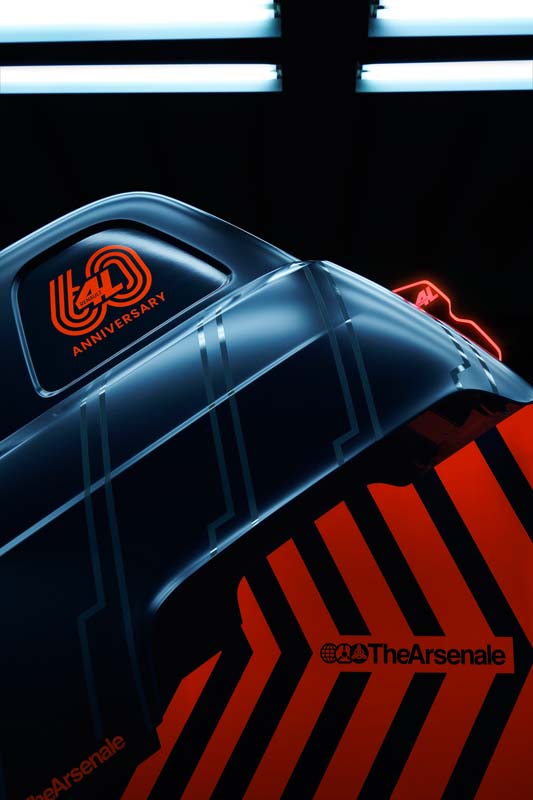 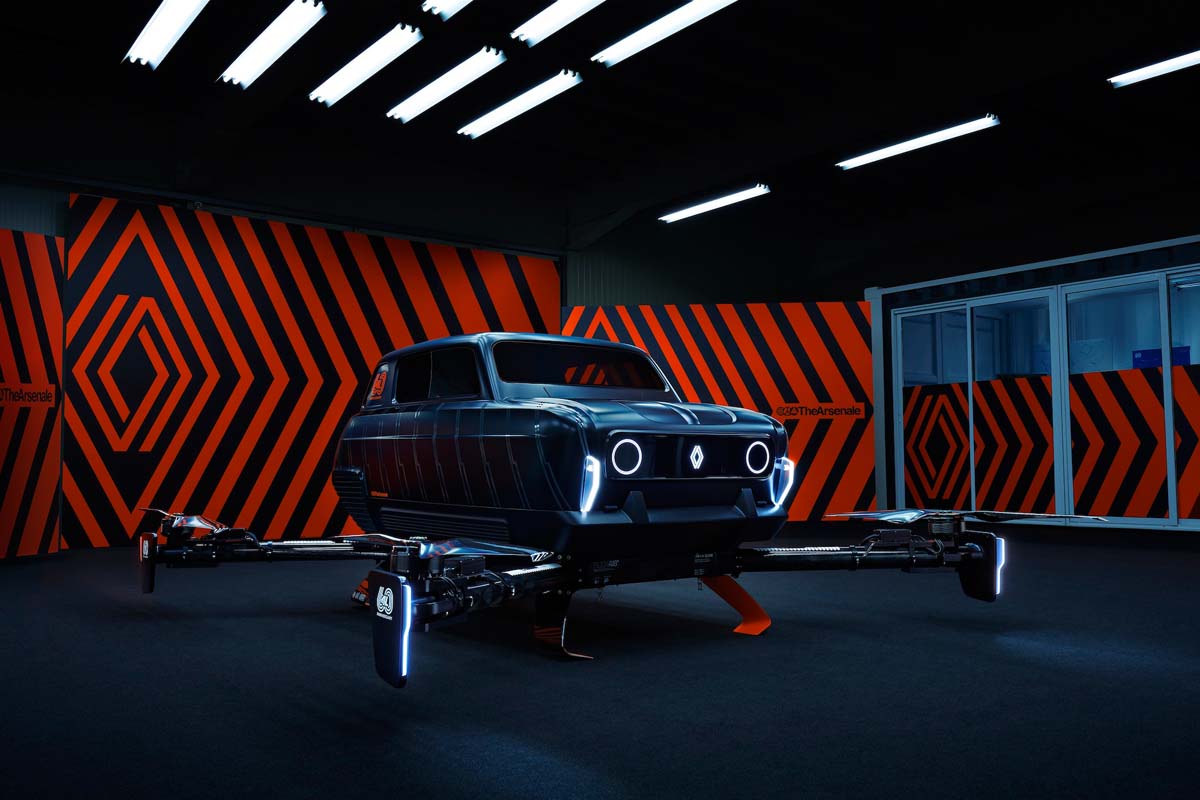 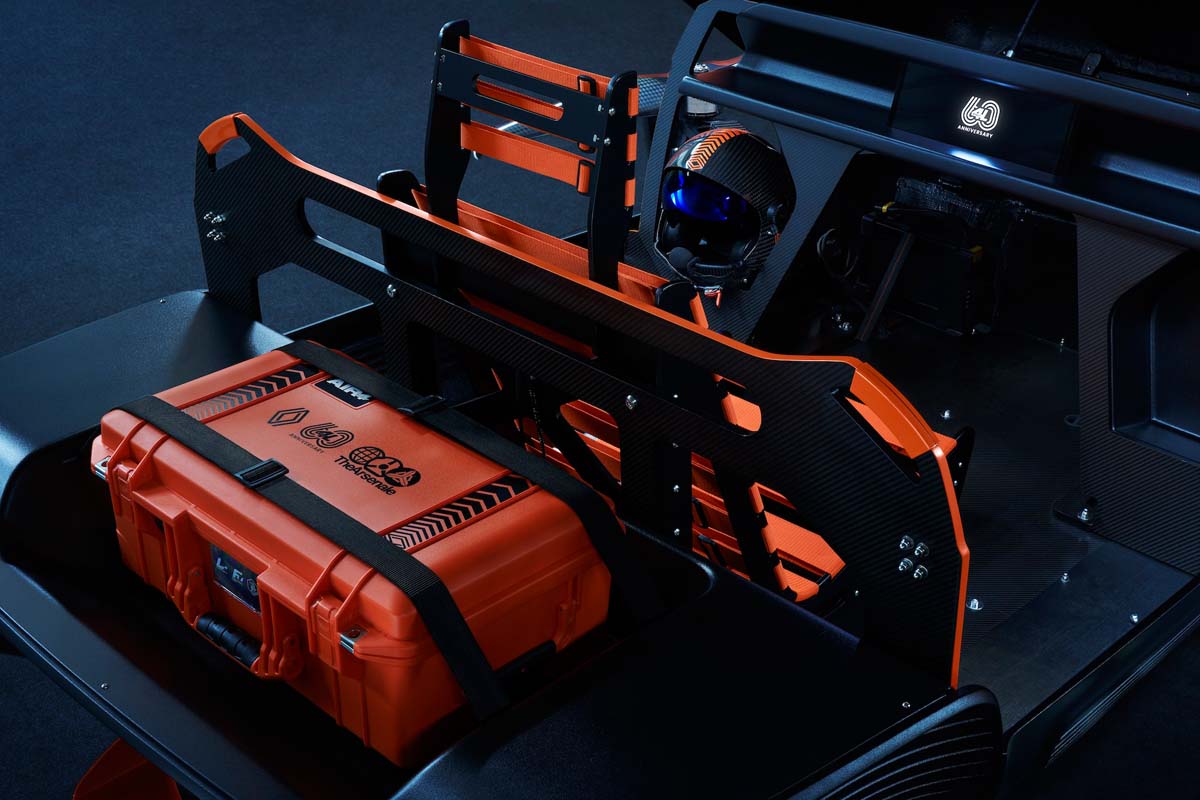 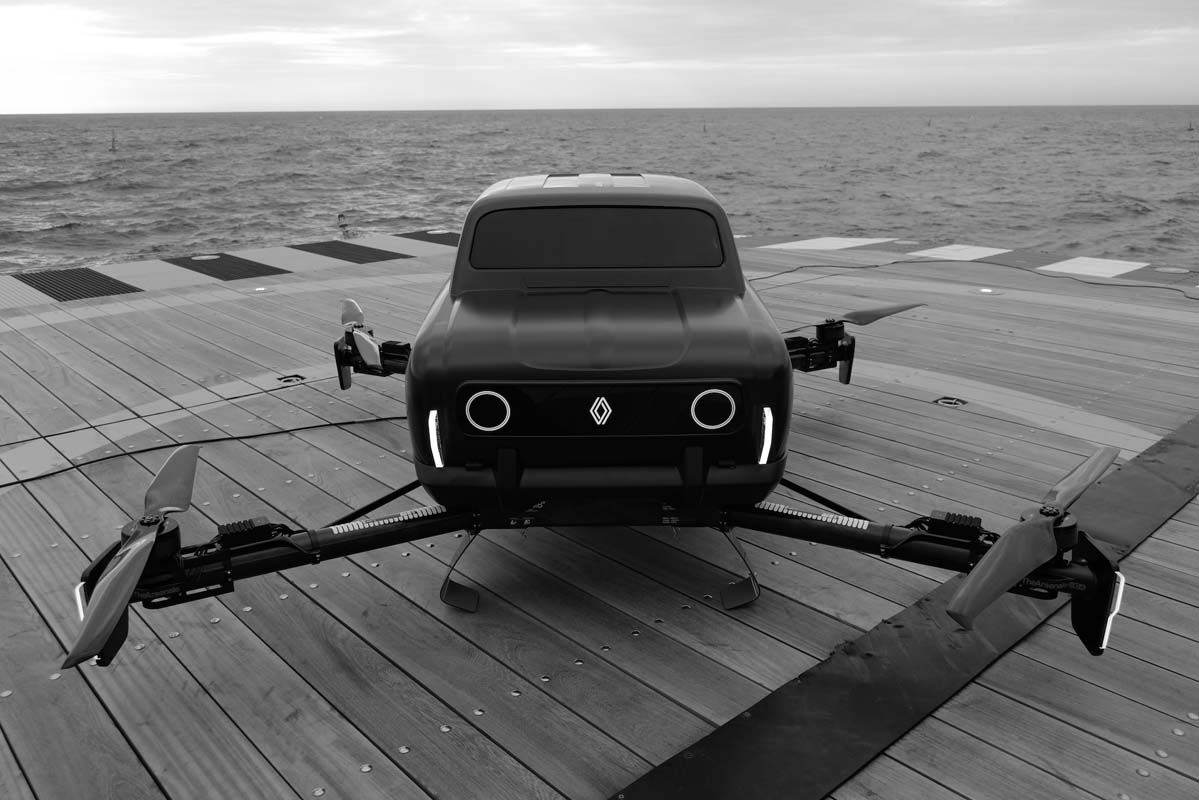 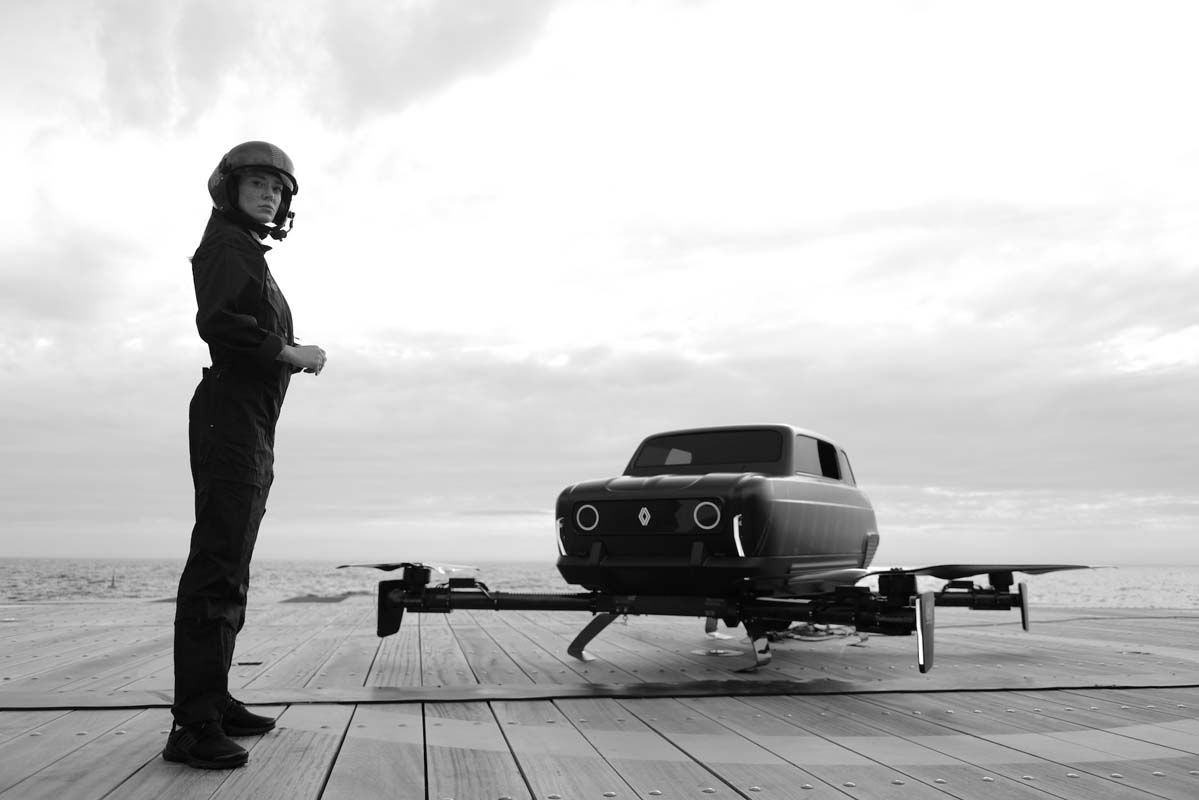 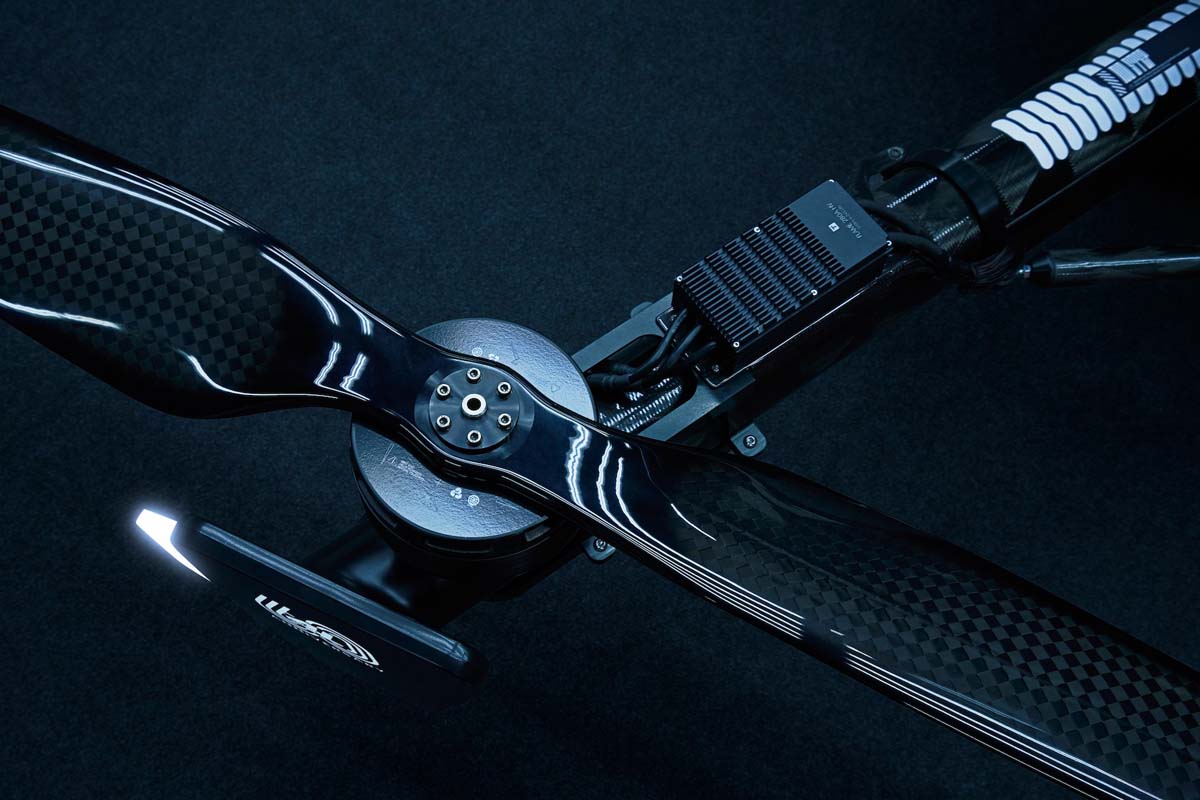 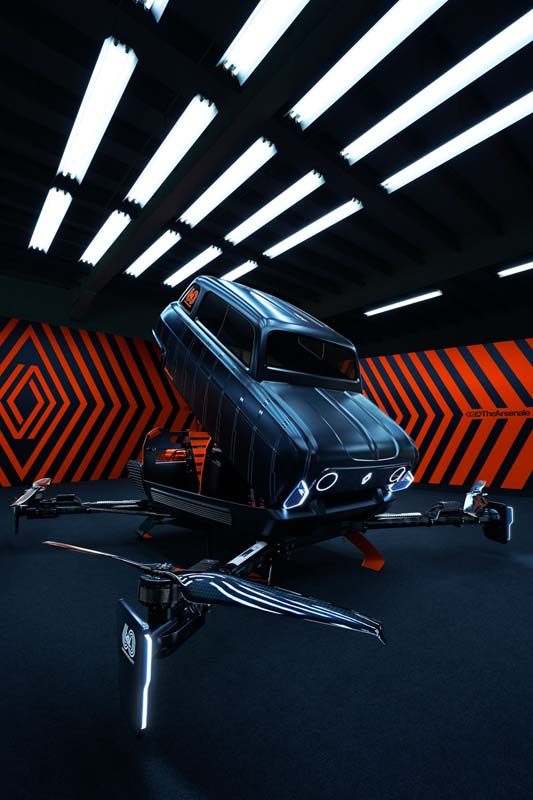