Rare Subaru Impreza STI 22B Up For Auction 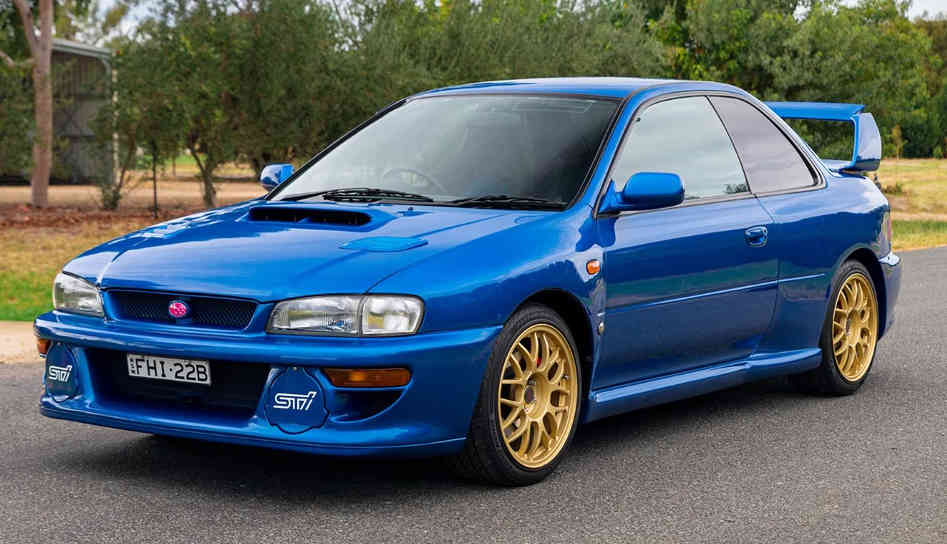 A rare Subaru Impreza STI 22B in original and unmodified condition is currently up for auction online.

The 22B is easily distinguished from other Subaru Impreza models of the era by its wide body which took inspiration from the Peter Stevens designed WRC car. The wider body increased the overall width of the car by a substantial 80mm.

With just 29,772km on the odometer, the car has been in its current owner’s possession for 15 years, during which time it has covered a mere 2,100km.

Powered by a 2.2-litre ‘EJ22G’ four-cylinder boxer engine, sending around 276bhp to all four wheels via a five-speed manual transmission, the car is also equipped with an electronically adjustable centre differential allowing the driver to control the level of locking of the mechanical rear limited-slip differential.

This coveted 22B left the factory wearing the iconic Subaru hue of Sonic Blue, with black and blue fabric-trimmed seats accented with red stitching. It rides on its period-correct 17-inch BBS forged aluminium wheels finished in gold and is accompanied by its original handbooks, 22B brochures and literature. The cherished ‘FHI 22B’ plate is also included in the sale.

“This Subaru Impreza WRX STI 22B presents a rare opportunity to acquire one of the all-time great rally-bred special editions. An original low-mileage example, it is bound to appeal to even the most discerning of collectors. High-value vehicles like this highlight a key benefit of Collecting Cars compared to costly traditional auctions, as the buyer’s premium will be less than 3%.”

To find out more information on this lot, visit Collecting Cars.