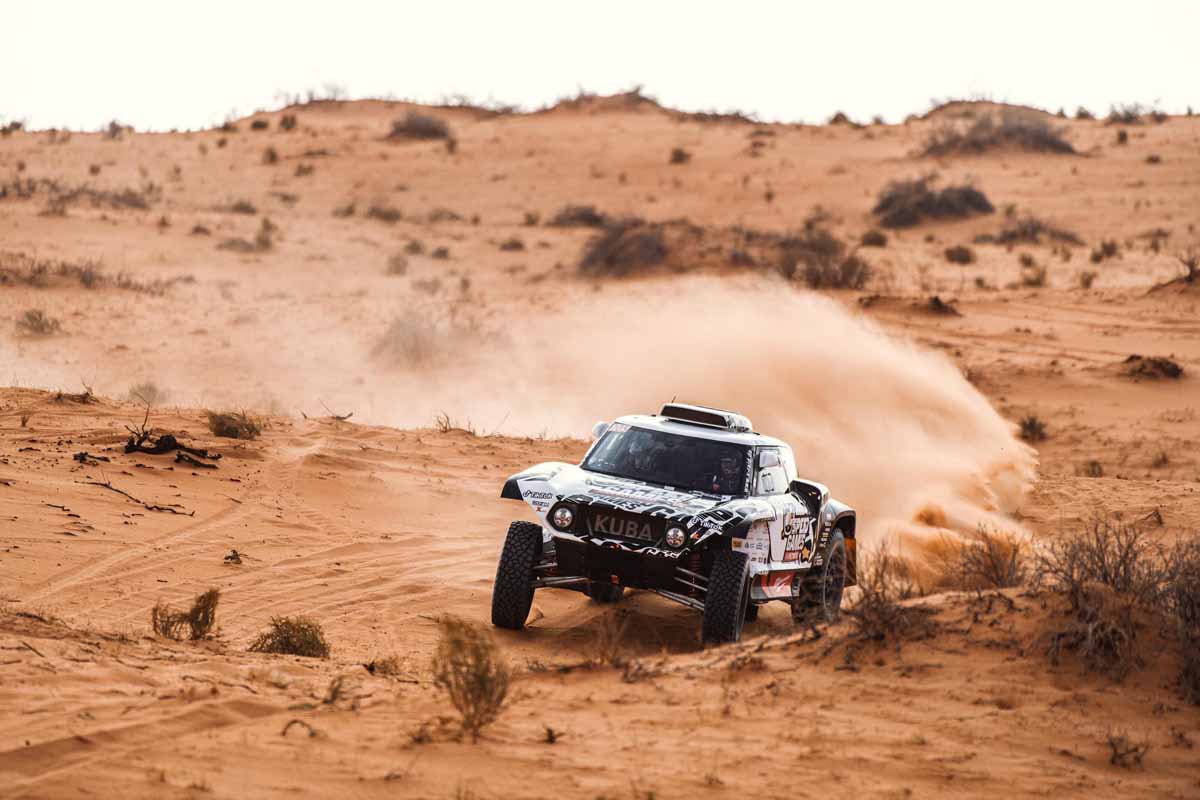 But the bonus point that the Qatari collected for setting the second quickest time, coupled with the 1.5 points he earned for being fastest on Wednesday, pushed him ever closer to the FIA World Cup title in the duel with Toyota team-mate Lucio Alvarez. Al-Attiyah now leads the event by 7min 11sec, with his title rival down in sixth place, 24min 28sec behind.

Al-Attiyah said: “I am quite happy. It was a good stage and we take good points yesterday and today. This is good towards the FIA World Cup. We opened all the way and it was not easy. But we lost only one minute. Tomorrow we start behind Kuba (Przygonski).”

The decision was taken on Thursday afternoon to withdraw Yazeed Al-Rajhi’s Toyota from the event. The Saudi had lost too much time with gearbox issues to challenge for the win and early retirement was ultimately the course of action taken.

Three T4 Can-Ams now feature in the overall top 10. Poland’s Michal Goczal holds a fine seventh overall and the lead in the FIA T4 section from his brother Marek and Ukraine’s Ievgen Kovalevych in a third South Racing-built machine. Australia’s Molly Taylor dropped several minutes to her rivals on the day and slipped to fourth in T4 with Dubai-based Briton Thomas Bell in fifth.

Saleh Al-Saif extended his FIA T3 lead to 35min 17sec with another fastest time. Dania Akeel came home in an unofficial second place, but Mashael Al-Obaidan displaced Germany’s Annett Fischer to snatch second in the category. Ukbekistan’s Anvar Ergashev was forced to retire on Wednesday evening: he had endured pain 500 metres after the start of the first stage and, even though he completed the opening test, it was later discovered that he had an arm fracture…

Othman Al-Ghfeli was fastest of the motorcycle entrants on the second stage by 3min 22sec from Mishal Al-Ghuneim and the Saudi moved into a lead of 13min 47sec over his rival. Italy’s Mauro Torrini came home in third and climbed to fifth in the standings behind Abdulhalim Al-Mogheera and Ahmed Al-Jaber.

Abdulmajeed Al-Khulaifi maintained an unofficial advantage in the quad standings with a second stage win. Haitham Al-Tuwaijri and Hani Al-Noumesi came home in second and third places, but the result was unofficial pending any potential penalties imposed later by rally officials.

Saeed Al-Mouri was the unofficial winner of the stage in the National category in his Can-Am. The Saudi beat fellow countryman Al-Mashna Al-Shammeri by nine seconds to hold the outright lead. Aliyyah Koloc is classified in third place.

Japan’s Teruhito Sugawara (Hino) pipped Frenchman Teo Calvet to the stage win in the Truck section, but Calvet and his Czech crew of Josef Kalina and Tomas Sikola continue to lead the category in their Tatra.

Tomorrow (Friday), competitors tackle a third selective section of 249km that starts 229km from the bivouac and features passage controls after 77km, 172km and 232km. A short liaison of 47km returns teams to the bivouac in Hail. 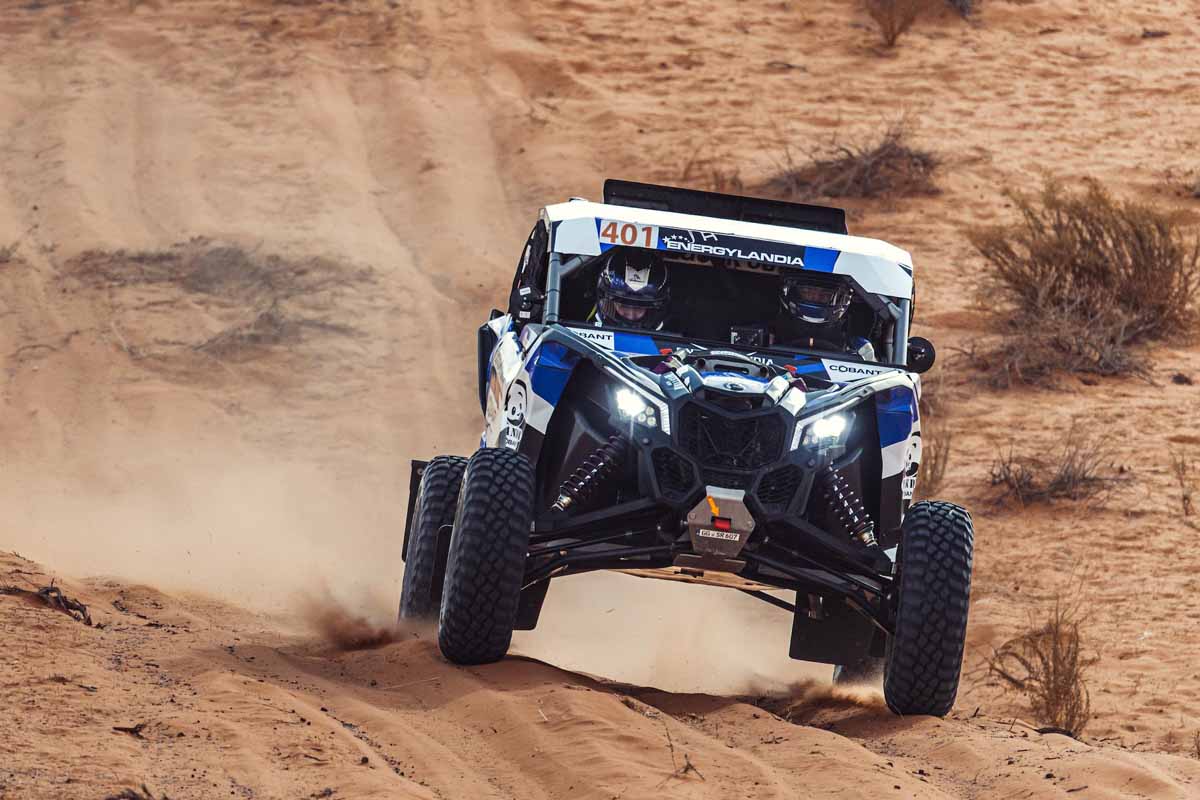 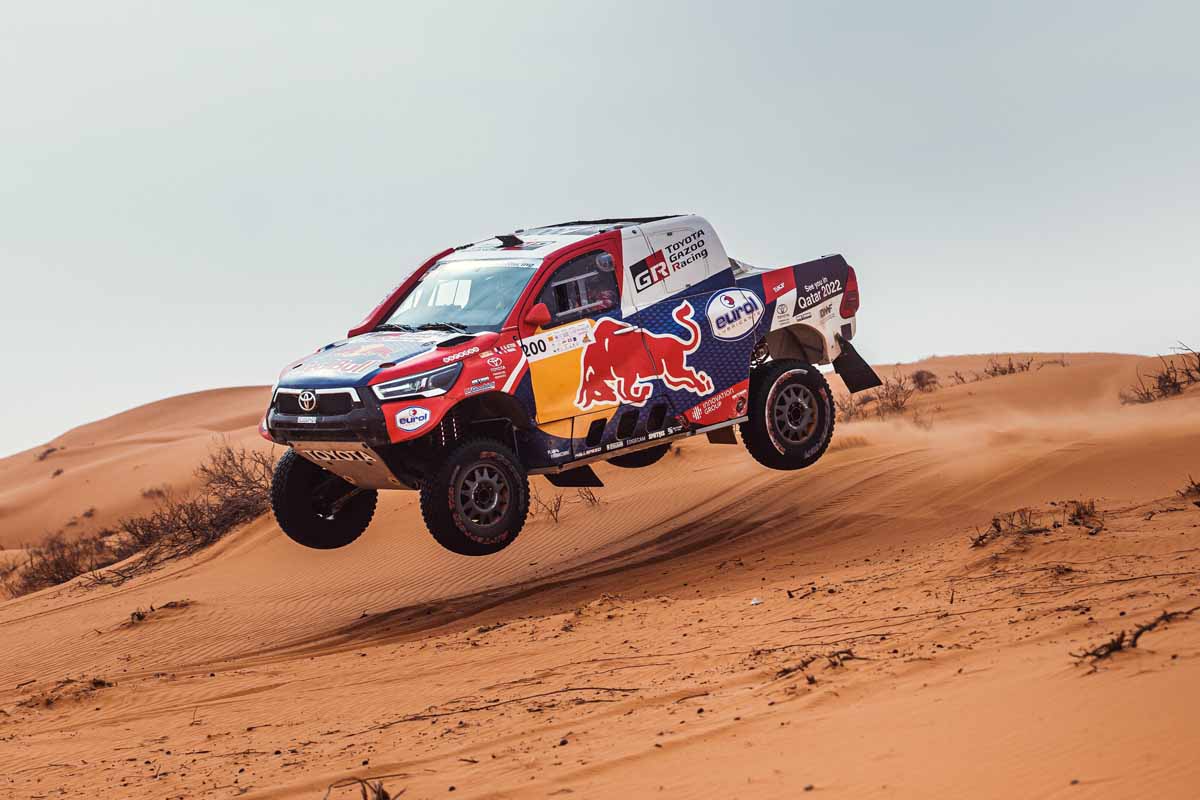 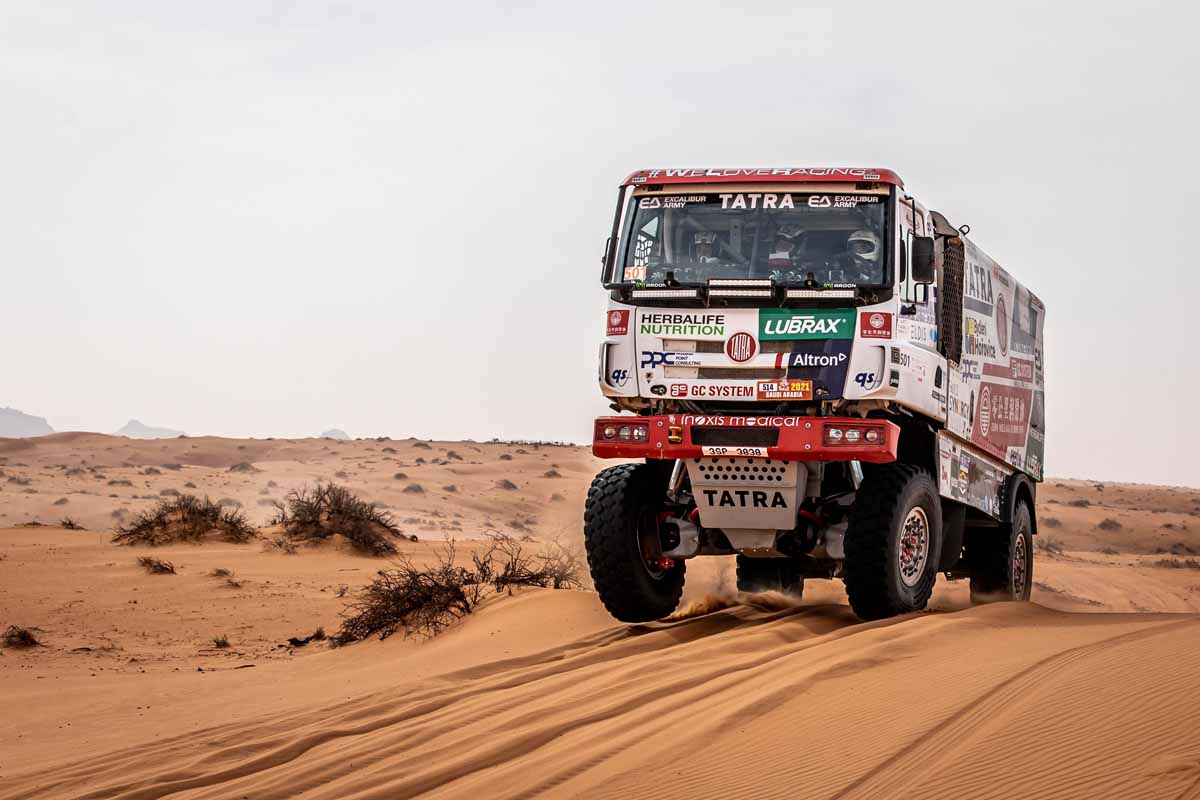 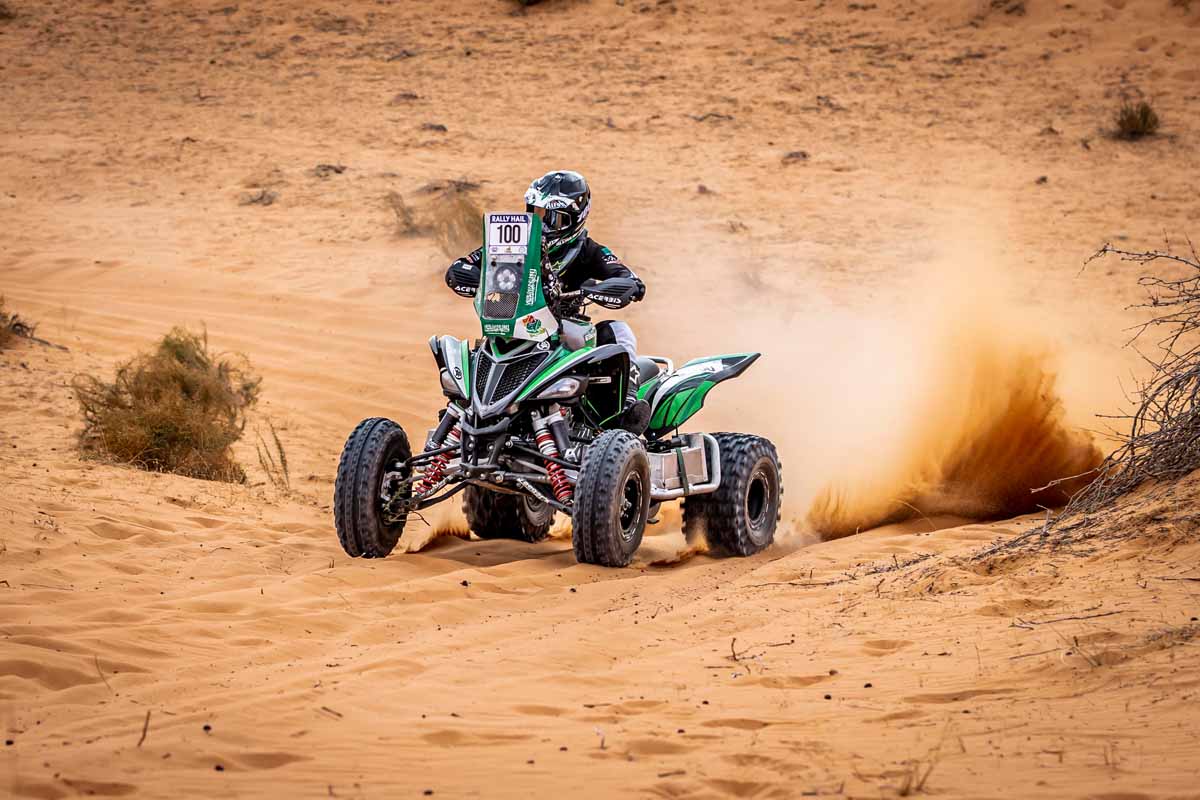 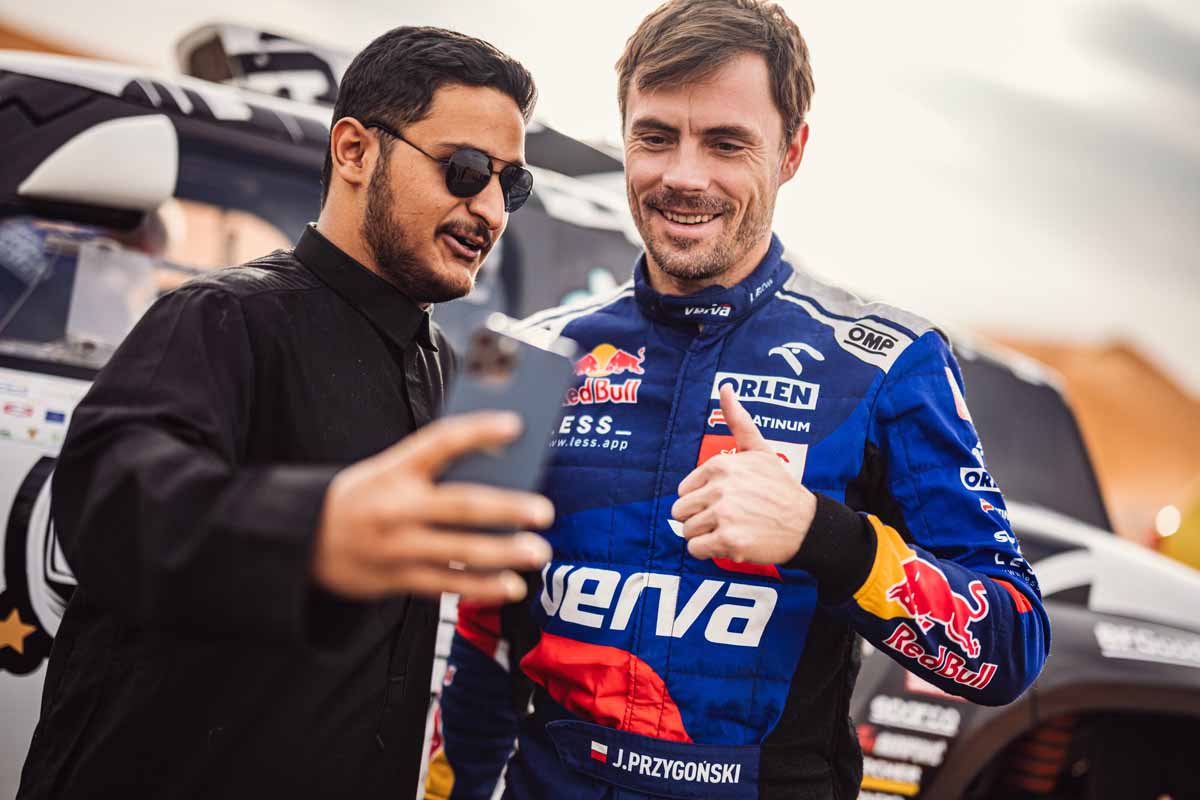