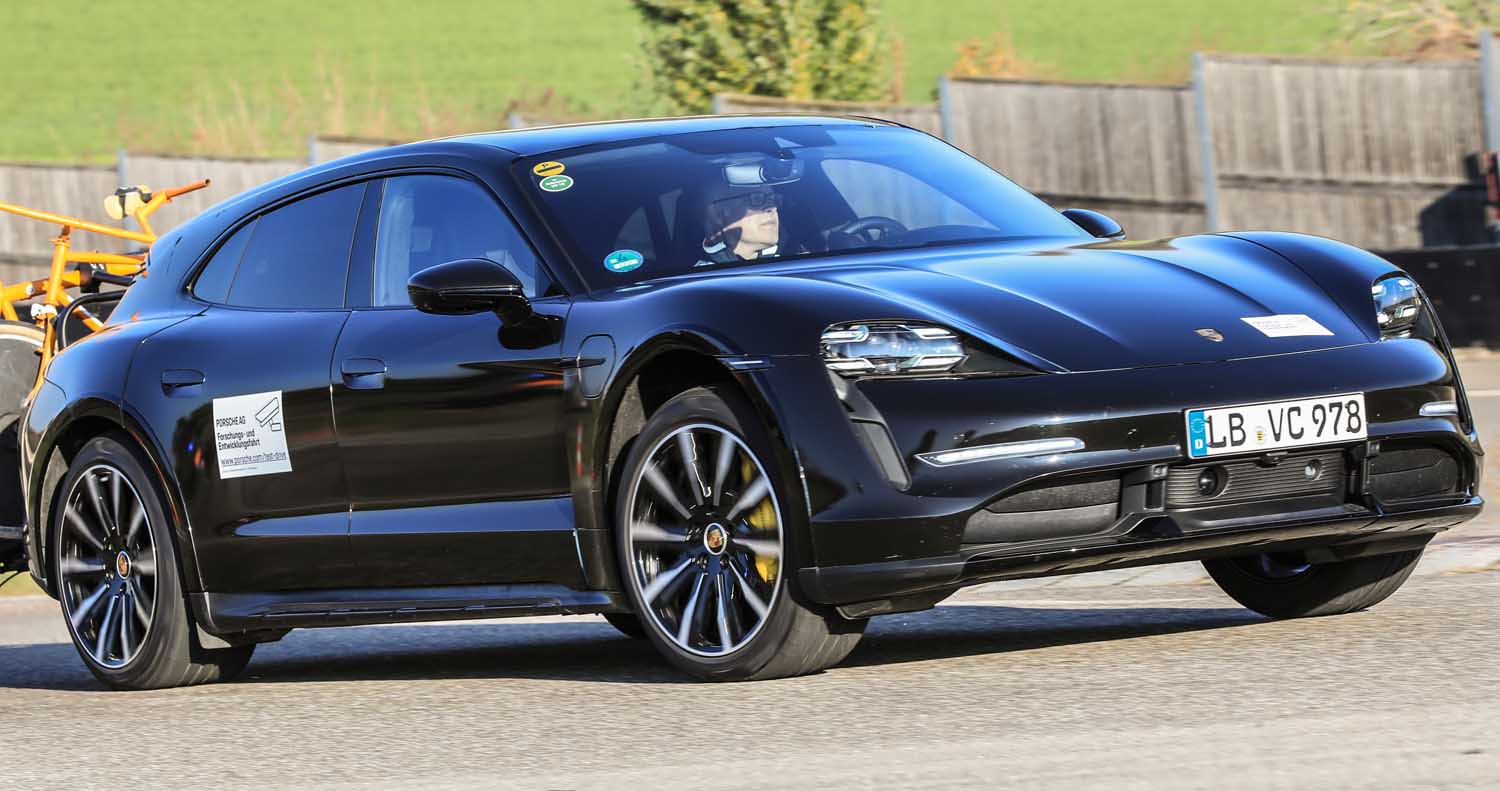 The Porsche Taycan Cross Turismo is currently completing its last test drives. The extensive Porsche testing programme has taken place on race tracks such as the Nürburgring Nordschleife and the Grand Prix track in Hockenheim (both in Germany) as well as on testing grounds worldwide – including in the southern Italian town of Nardò.

In addition, the Cross Turismo has been tested off the beaten track in the south of France and in the Pyrenees. The testing grounds at the Weissach Development Centre offered a further off-road challenge outside of Africa with the so-called Safari track. With a total of 998,361 testing kilometres, the Cross Turismo prototypes have circumnavigated the globe almost 25 times – measured at the equator.

Parallel to the last test drives, a camouflaged Taycan Cross Turismo has been on a global test tour with media representatives since the beginning of the year.

In just six weeks, this prototype visited the five largest markets for the Cross Utility version of the Taycan: the USA, the UK, Norway, the Netherlands and Germany. The new derivative features all the strengths of the Taycan sports saloon such as superior performance and long range. The chassis with all-wheel drive and air suspension is height-adjustable.

There is also significantly more headroom for the passengers in the rear and a large load capacity under the tailgate. The package and space conditions have been optimised down to the very last detail. The mock-up, a faithful, physical representation of the interior, and the package function model alone took 650 design, electronic and coordination hours and 1,500 workshop hours to complete.

“When developing the Cross Turismo, we were of course able to build on our experience with the Taycan sports saloon. The biggest challenge was combining the requirements of sportiness with off-road capabilities,” emphasises Vice President Model Line, Stefan Weckbach: “The Cross Turismo has to be capable of high performance on the race track and must also be able to handle scree, mud and gravel.”

The latter conditions were simulated on the “Endurance Testing Ground” at the Development Centre in Weissach. Weckbach: “The result is impressive. However, the Cross Turismo is not a hardcore off-road vehicle, but specialises in unpaved and dirt roads. It’s like a type of Swiss army knife on up to 21-inch wheels.” 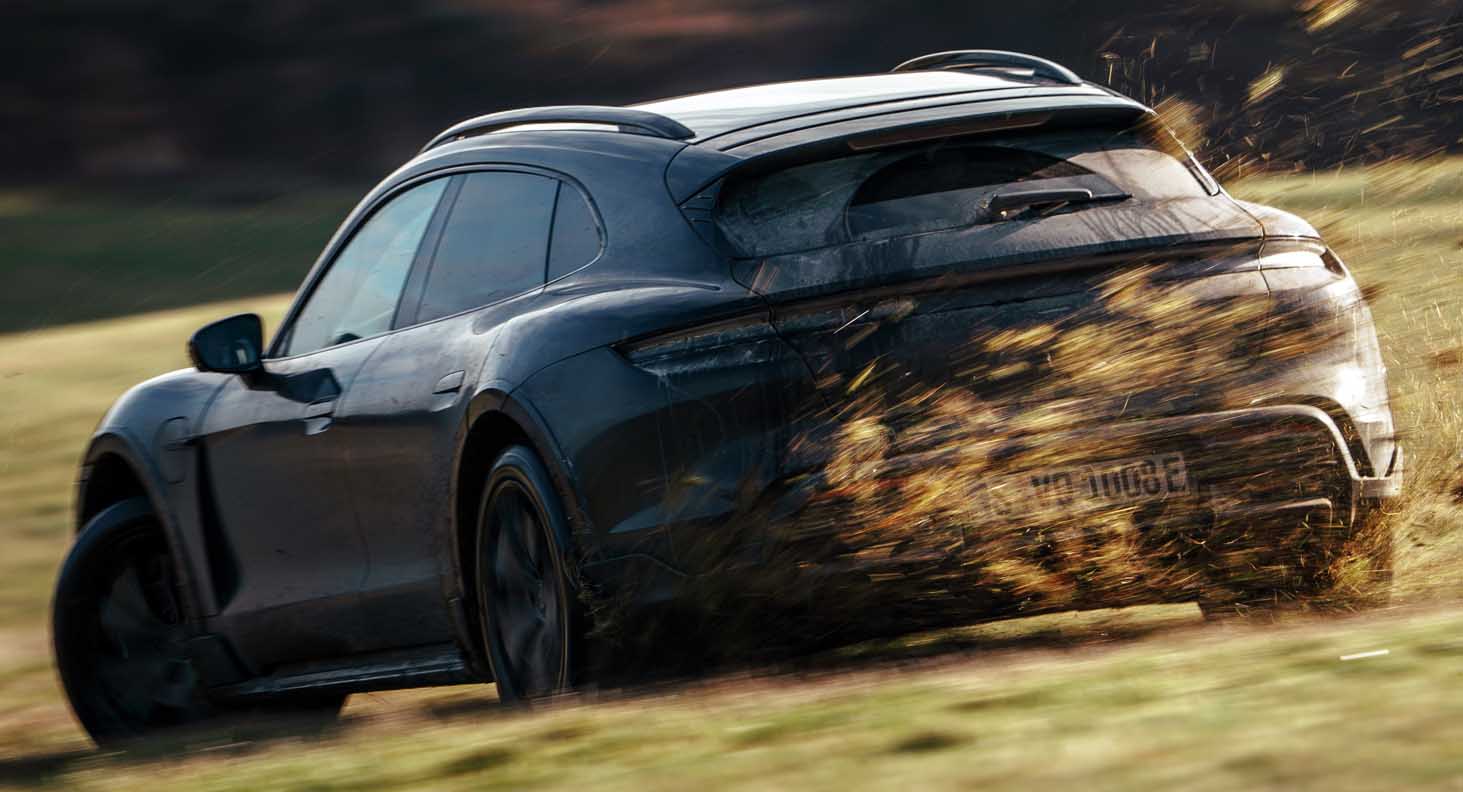 At Porsche, electric cars have to undergo the same rigorous testing programme as sports cars with combustion engines. In addition to displaying superior performance, this always includes proving unrestricted everyday usability in all climatic conditions.

Particularly demanding tasks such as charging the battery, or controlling the temperatures of the powertrain and interior under extreme temperatures, are additional aspects that are tested in the battery-powered electric models. Other development goals typical for Porsche include race track performance, the ability to perform repeated acceleration runs at full throttle, and a range suitable for everyday use.

Extensive testing is also carried out in the laboratory and on test rigs, and includes development and validation of the aerodynamic design.

The Cross Turismo thus braved the storm in the wind tunnel for around 325 hours. The Taycan sports saloon had already spent 1,500 hours there during the development process.

The new rear bicycle carrier designed by Porsche for this model also underwent the rigorous testing programme with rough road tracks and driving dynamics tests. It sets new benchmarks when to comes to handling, ergonomics, driving safety and stability. Several e-bikes can be transported on its generously spaced wide rails.

Porsche has made a successful start into the all-electric age: more than 20,000 Taycan sports saloons were delivered to customers in 2020. The Taycan currently accounts for 70 percent of all Porsche models sold in Norway. At the start of November, the one thousandth Taycan was already handed over to a customer there. This means that Porsche sales in Norway have more than doubled.

The electric sports car has also received more than 50 international awards – above all in its principal markets Germany, USA, UK and China. The new rear-wheel drive Taycan also holds the Guinness World Record™ for the longest drift with an electric car: it drove sideways non-stop for exactly 42.171 kilometres.

The digital world premiere of the first electric Cross Utility Vehicle will take place on 4 March at 4 p.m. (CET) on newstv.porsche.com. 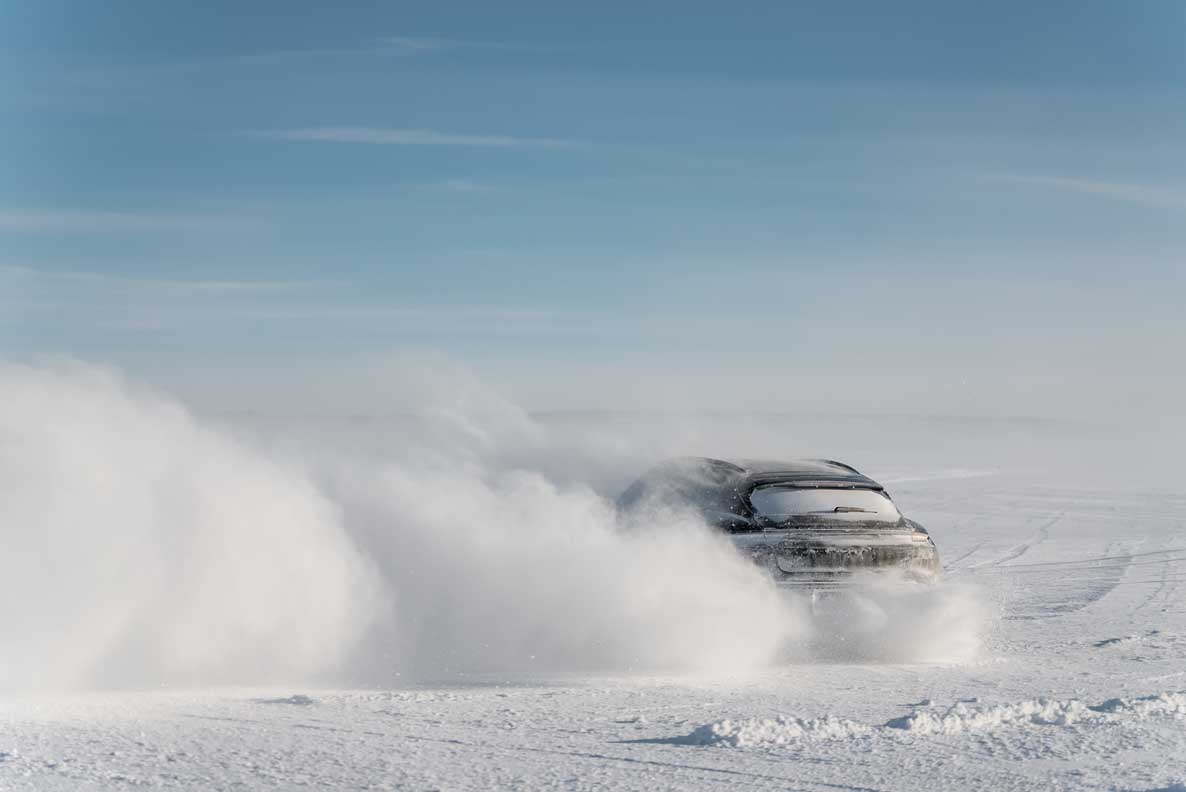 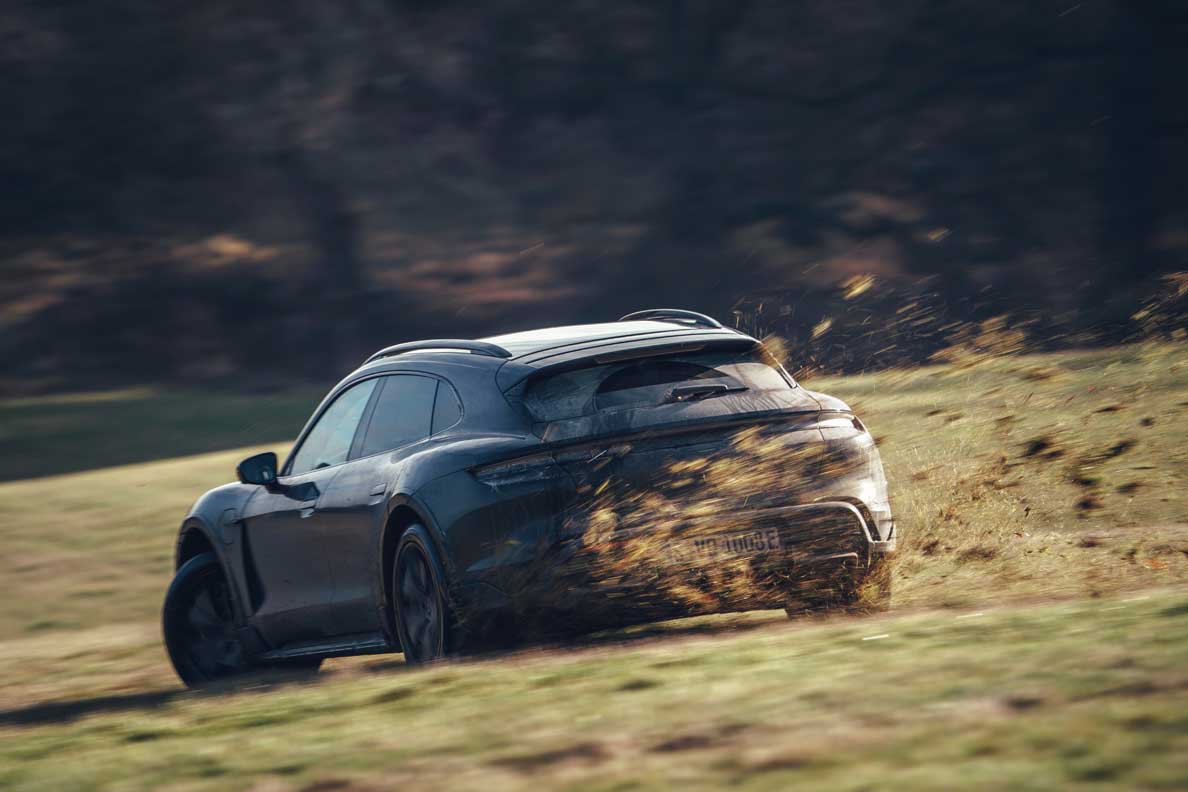 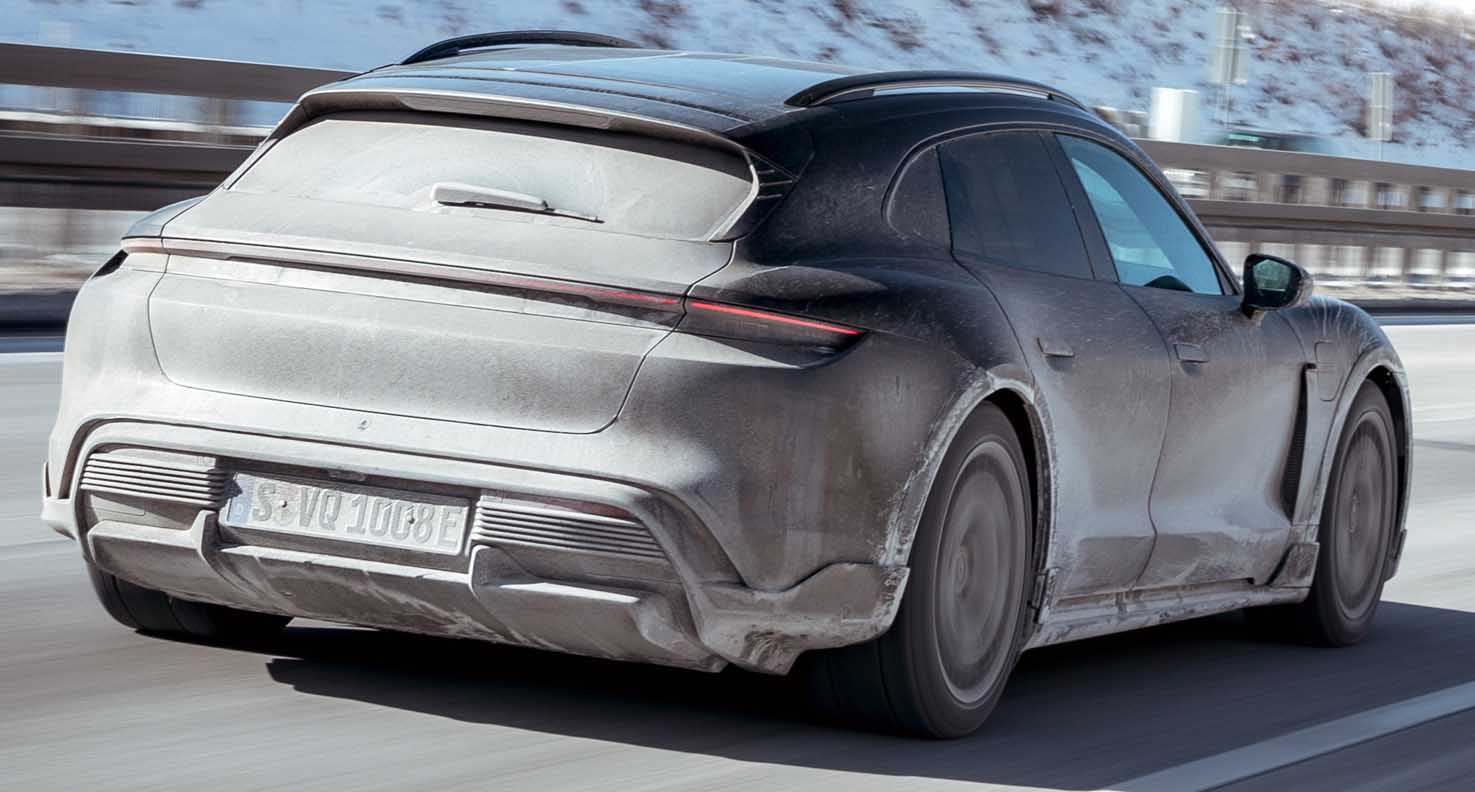 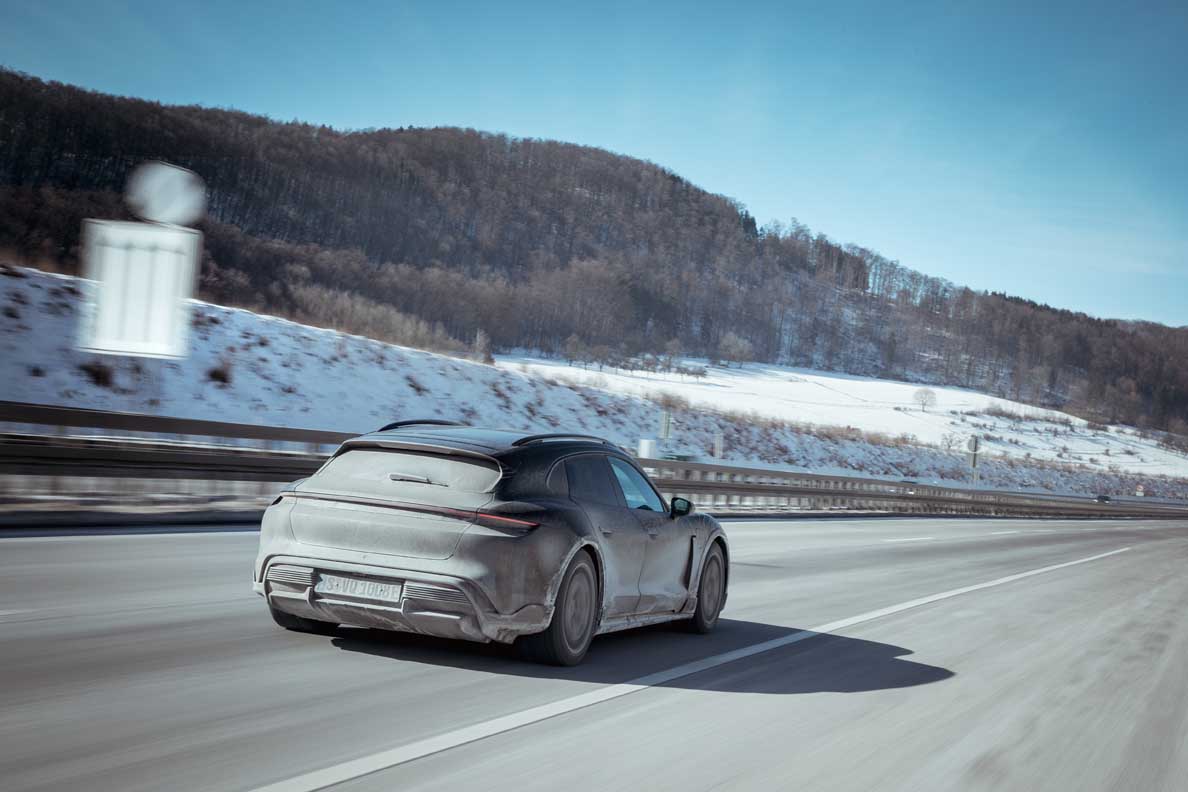 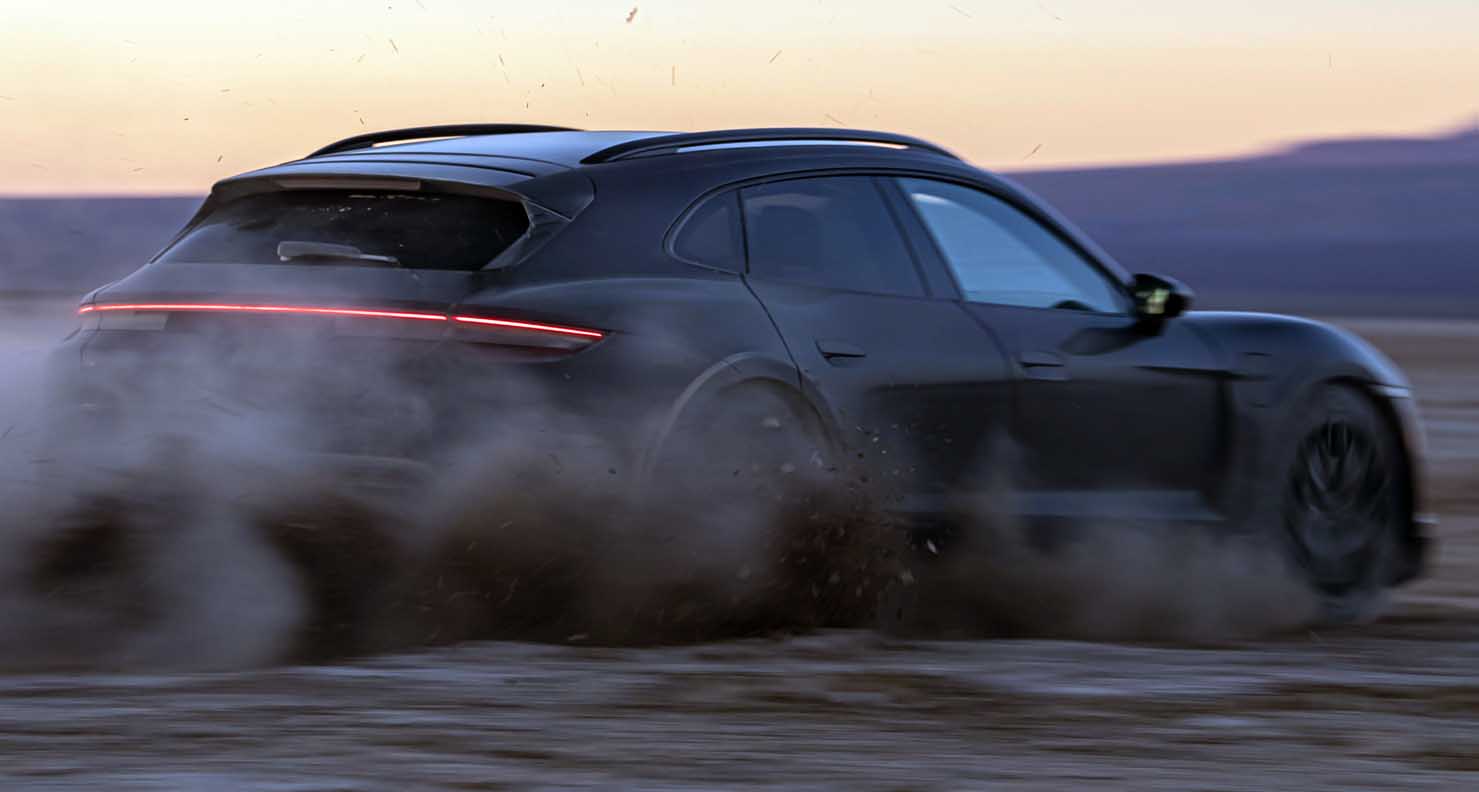 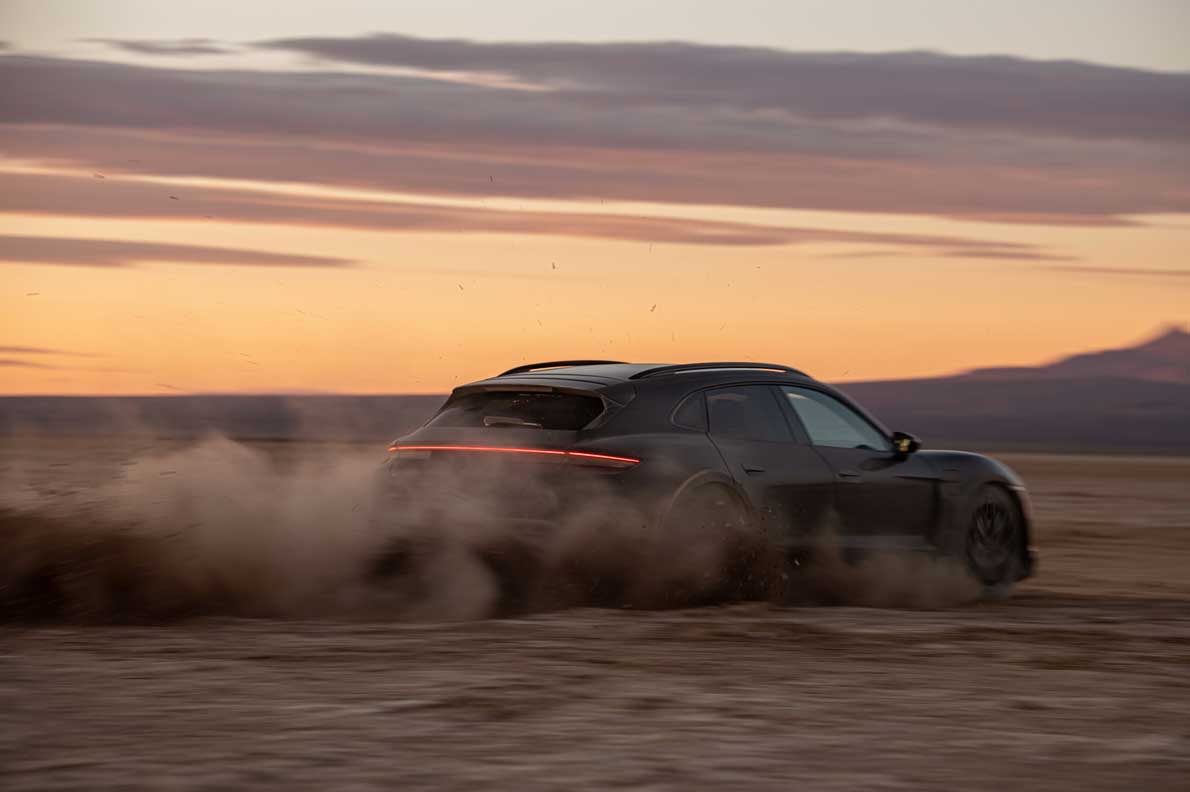 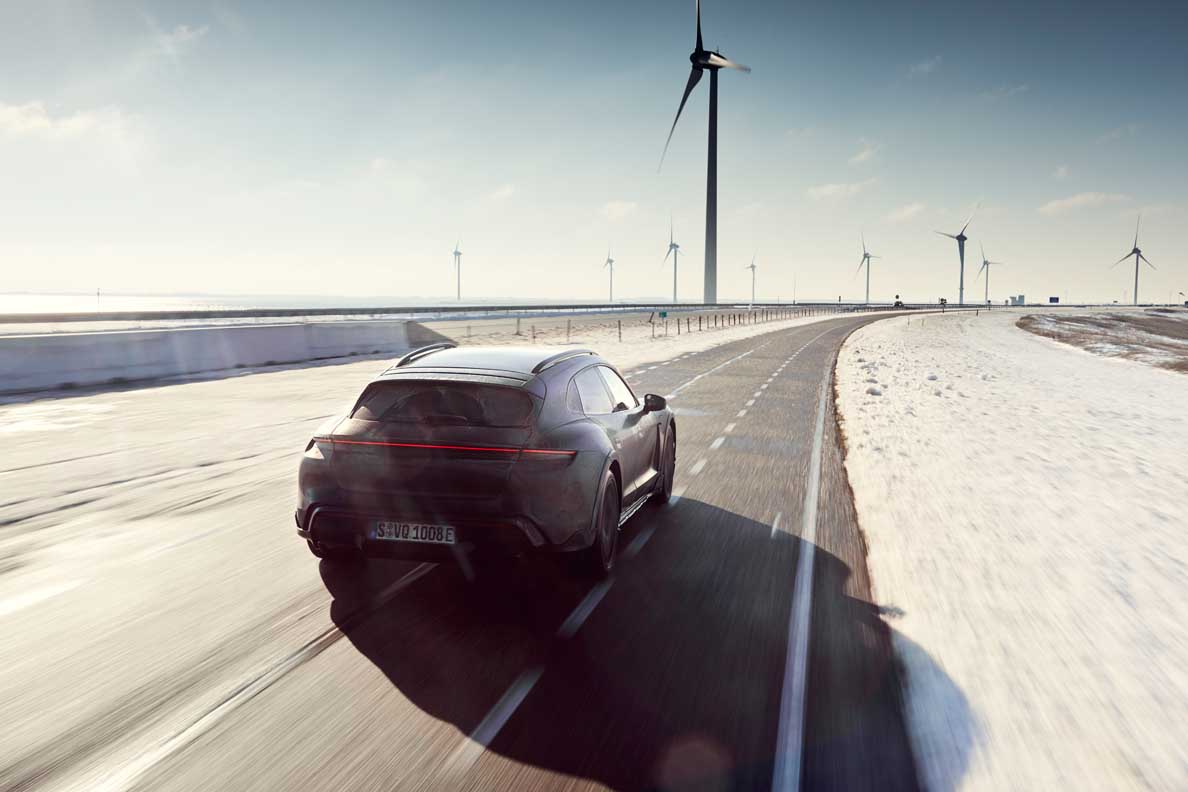 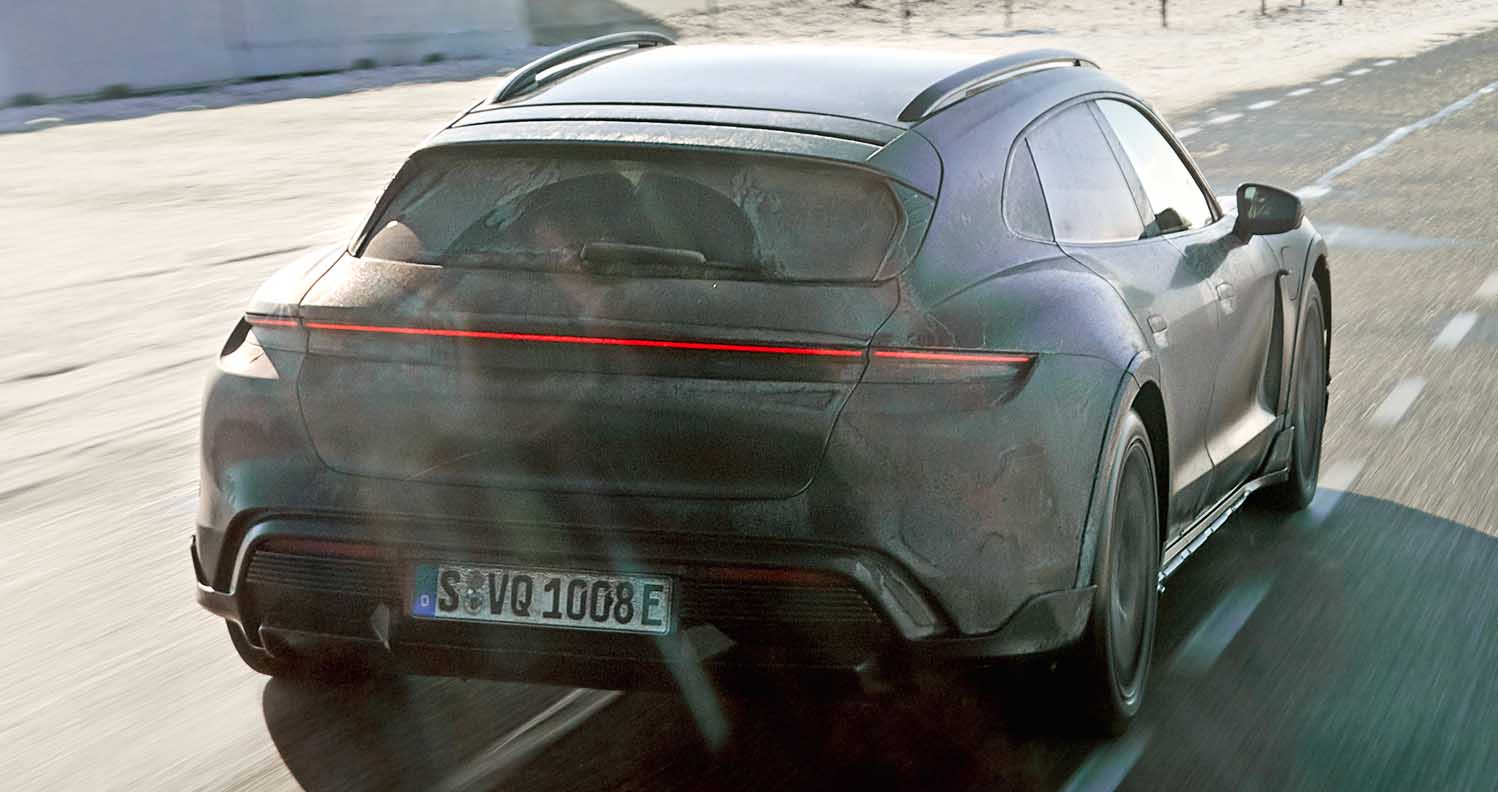 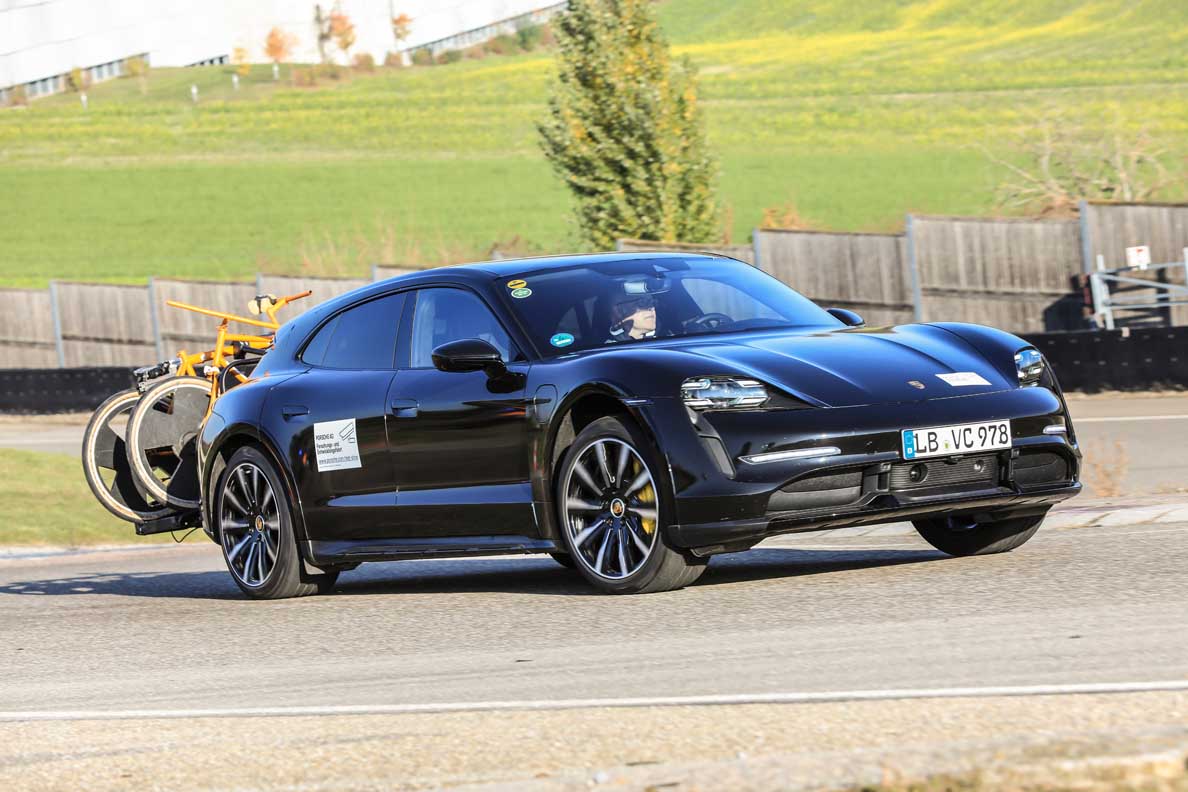 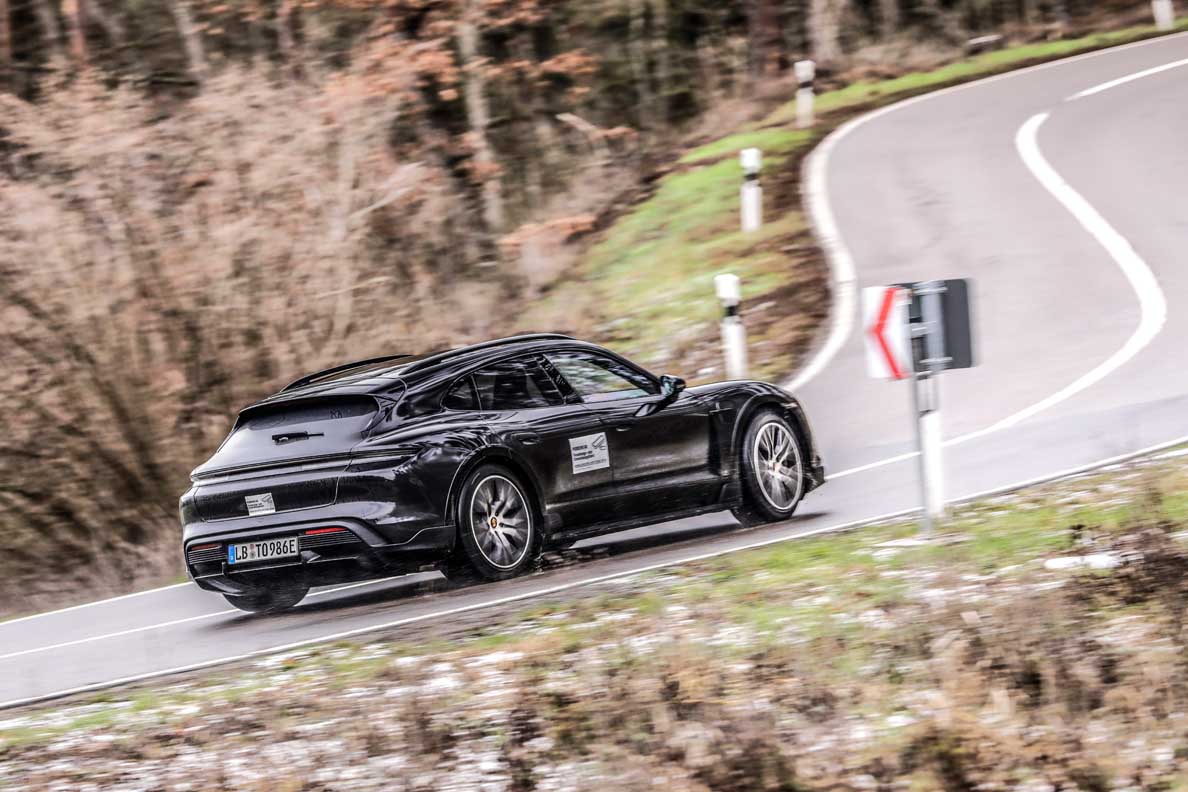 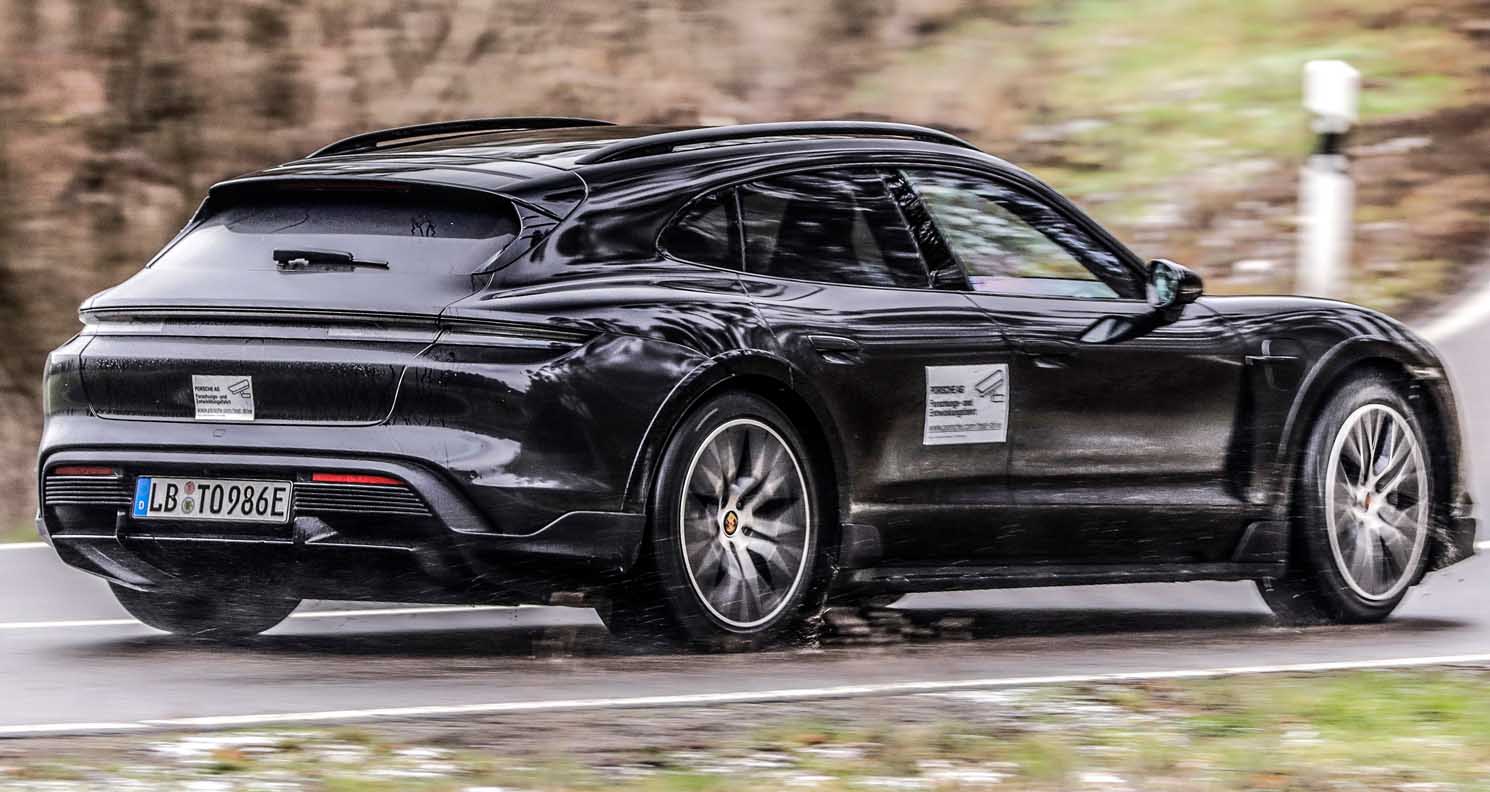 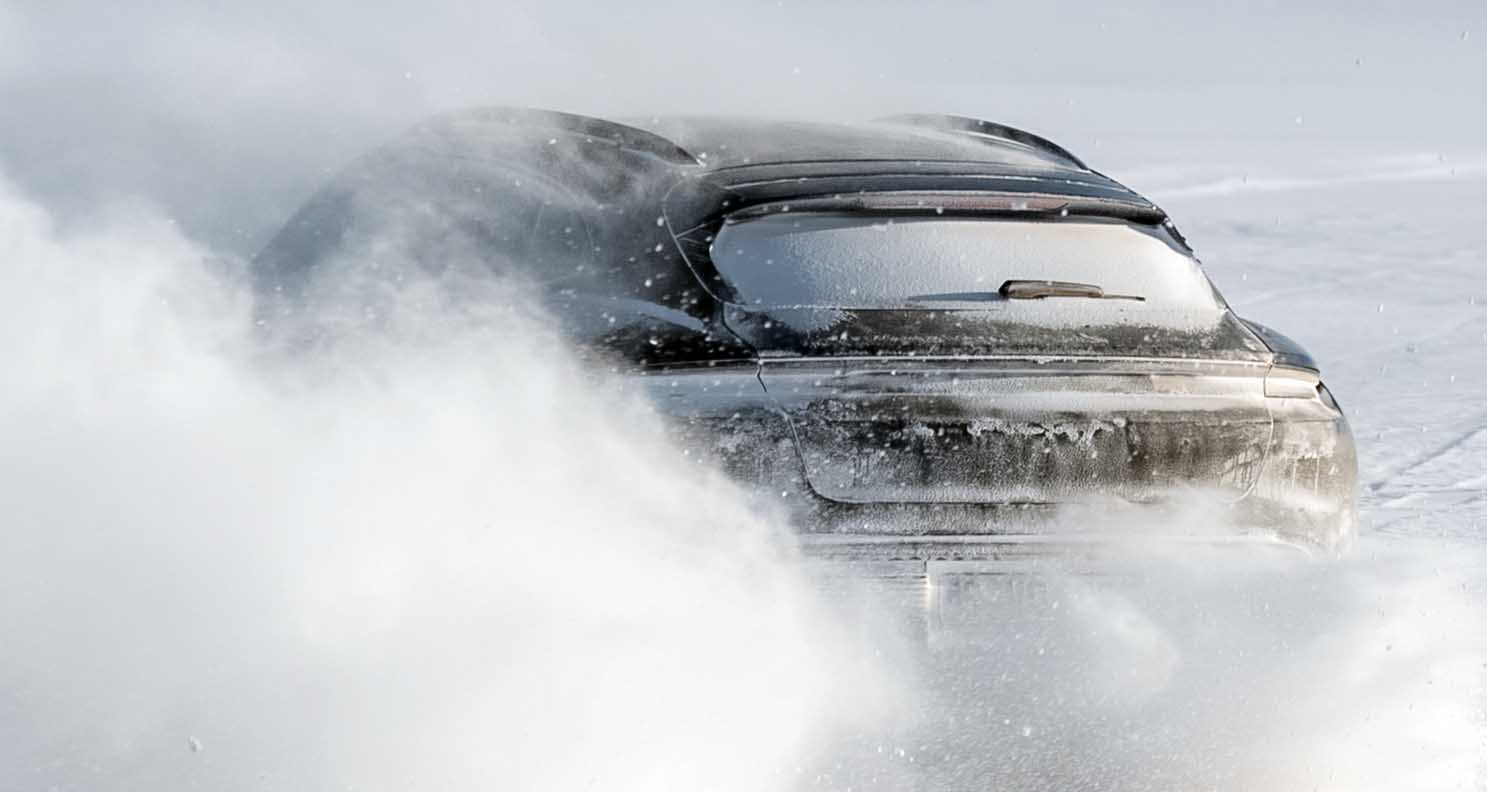