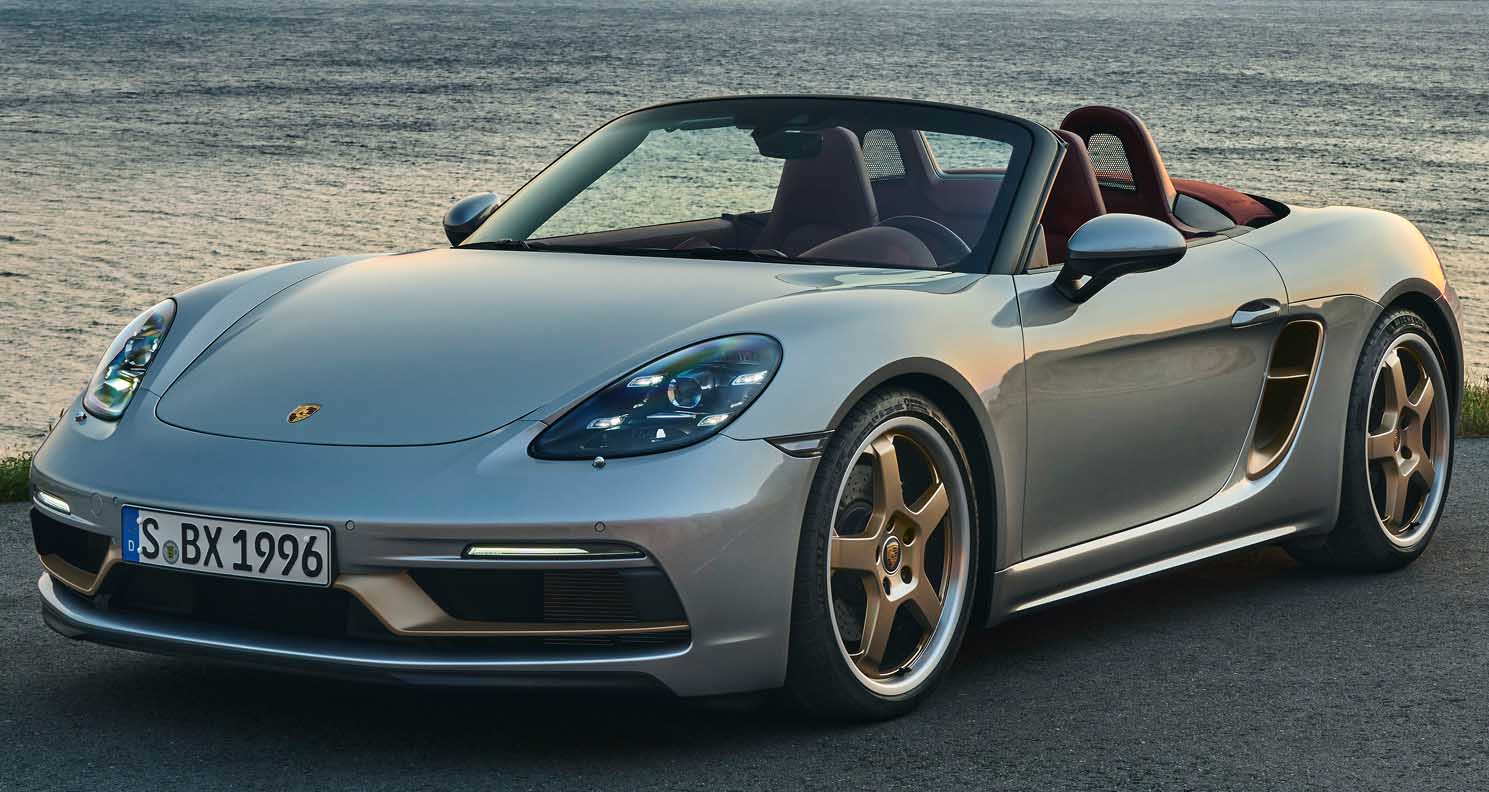 Porsche is celebrating the 25th birthday of its roadster family with a special anniversary model: the Boxster 25 Years. The limited edition is restricted to 1,250 units worldwide and is based on the GTS 4.0 model, which is powered by a 4.0-litre six-cylinder boxer engine with 294 kW (400 PS).

It makes reference to numerous design features of the Boxster concept car that heralded the success story of the open-top two-seater at the 1993 Detroit Motor Show.

The production version was launched in 1996 with hardly any changes in its visual appearance and is now in its fourth generation after production of more than 357.000 units.

One of the most striking features of the special model is the reinterpreted colour Neodyme, a copper-like shimmering brown, which provided an exciting contrast to the basic GT Silver Metallic colour on the pioneering 1993 showpiece.

In the special edition, it is used on the front apron, the side air intakes with mono bar as well as for the lettering and the two-tone 20-inch alloy wheels. Porsche is offering the Boxster 25 Years in GT Silver Metallic although Deep Black Metallic and Carrara White Metallic are also available.

Another striking element can be found on the fuel filler cap, which is enhanced by Porsche script from the Exclusive Design range. This shines in an aluminium look as do the high-gloss tailpipes of the sports exhaust system while the windscreen surround is finished in contrasting Black.

In keeping with the style of the historic original, the special model combines a Bordeaux leather interior with a red fabric convertible top. The convertible top bears embossed Boxster 25 lettering.

Both are also available in Black. An interior package in Aluminium, 14-way electrically adjustable sports seats, door sill trims with “Boxster 25” lettering and the heated GT multifunction sports leather steering wheel are just some of the features on the new model’s extended standard equipment list. 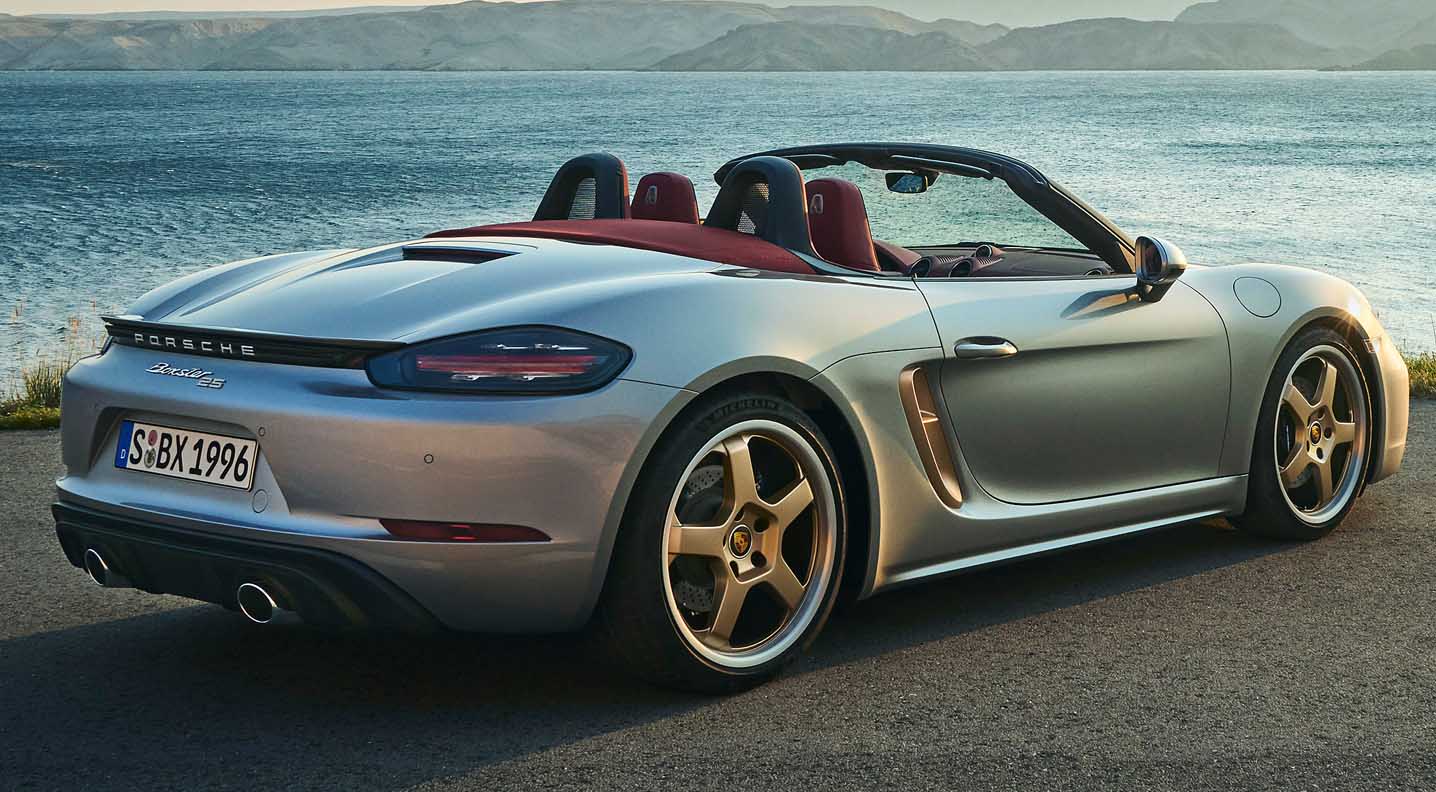 The power plant of the anniversary edition offers pure exhilaration: the 4.0-litre flat-six engine of the 718 Boxster GTS 4.0 is also used as a higher-power variant in the purist 718 Spyder.

Porsche is offering the Boxster 25 Years with a manual six-speed transmission and a seven-speed Porsche dual-clutch transmission (PDK). The special-edition model reaches a top speed of 293 km/h and, in combination with the PDK gearbox and standard Sport Chrono package, sprints from zero to 100 km/h in four seconds.

The new Porsche Boxster 25 Years is available to order and will roll into dealerships end of March 2021. Prices in Germany start at 94,986 euros – including VAT and country-specific equipment.

The Boxster has a very special meaning for Porsche as it marked a re-orientation of the sports car manufacturer’s model strategy and provided a way forward during the difficult economic times of the mid-1990s.

This was reflected in the first water-cooled production flat-six engine and also in the intelligent carry-over parts concept that made its debut with the agile mid-engined roadster. This concept was incorporated into the 996 generation 911, which was launched a year later, and made it possible for Porsche to return to profitable production.

The attractively priced two-seater captured the hearts of new, younger customers right from the start. In terms of looks, it incorporated features of the already renowned history of the brand.

The visual appearance of the Boxster concept car shown in Detroit evoked images of the legendary 550 Spyder and the 718 RS 60 Spyder racing car.

It was received so well in January 1993 that the Porsche Executive Board intervened in the ongoing design development of the production model and ordered, without further ado: “Build the concept car just like that”. As time would tell, it was a wise decision. 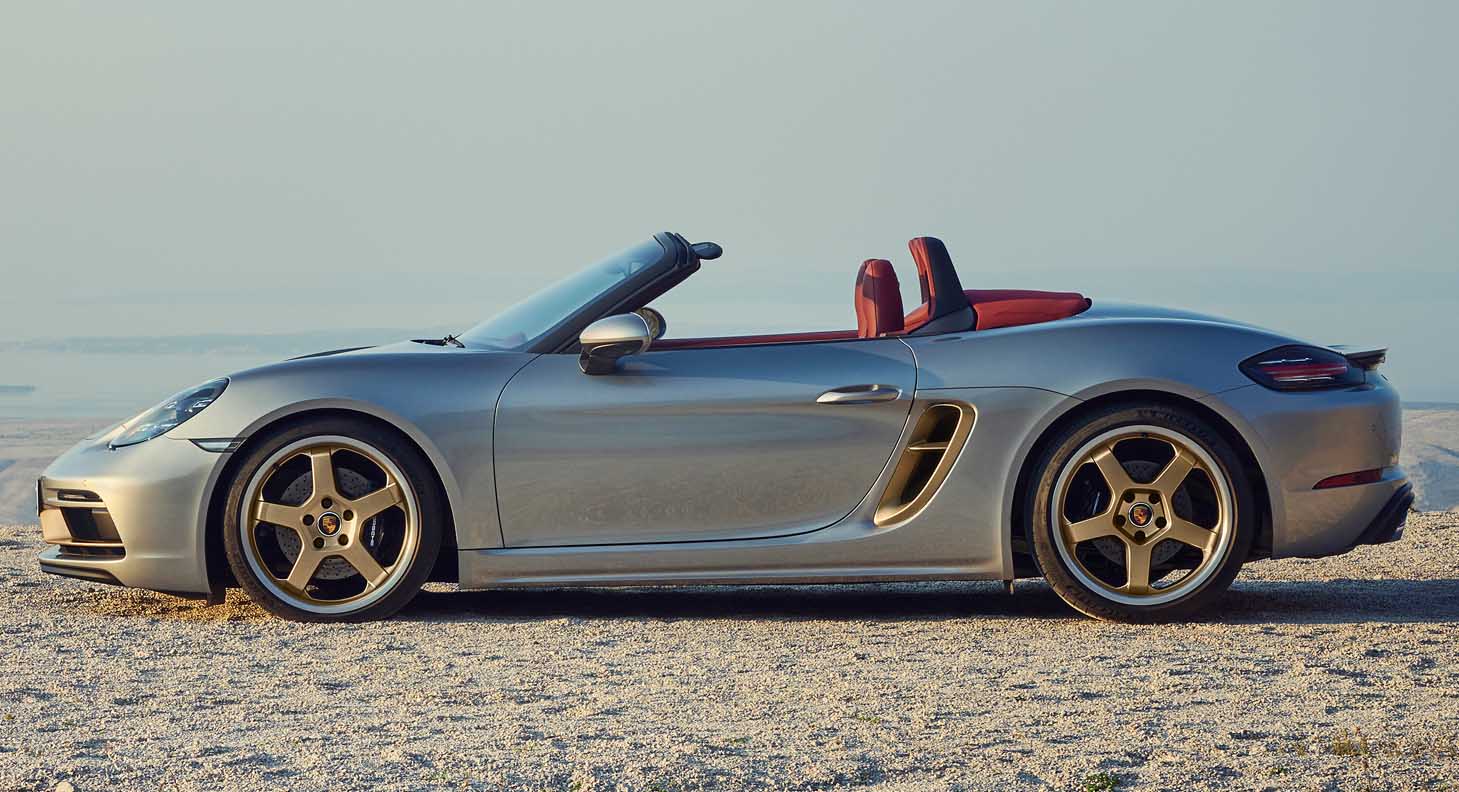 When the production model was launched in August 1996, it bore a strong resemblance to the motor show star. Since it shared its front end with the 996 generation 911, there was no question about its lineage.

The Boxster was a true Porsche. At the same time, its centrally installed flat-six engine, which initially had a displacement of 2.5 litres and an output of 159 kW (204 PS), was engineered to meet stricter emissions standards thanks to water cooling, four-valve technology and variable intake timing.

In 2012, Porsche presented the comprehensively restyled and visually sharpened 981 generation Boxster. Thanks to a completely new lightweight body and a fully revamped chassis, the newcomer was more toned, more muscular, more striking and faster than ever before.

The all-electric fabric roof did without a convertible top compartment lid, the axle overhangs were even shorter, and the windscreen was moved further forward.

The current 982 generation Porsche 718 Boxster set a new course in January 2016, making its debut with four-cylinder turbo engines and an enhanced design. 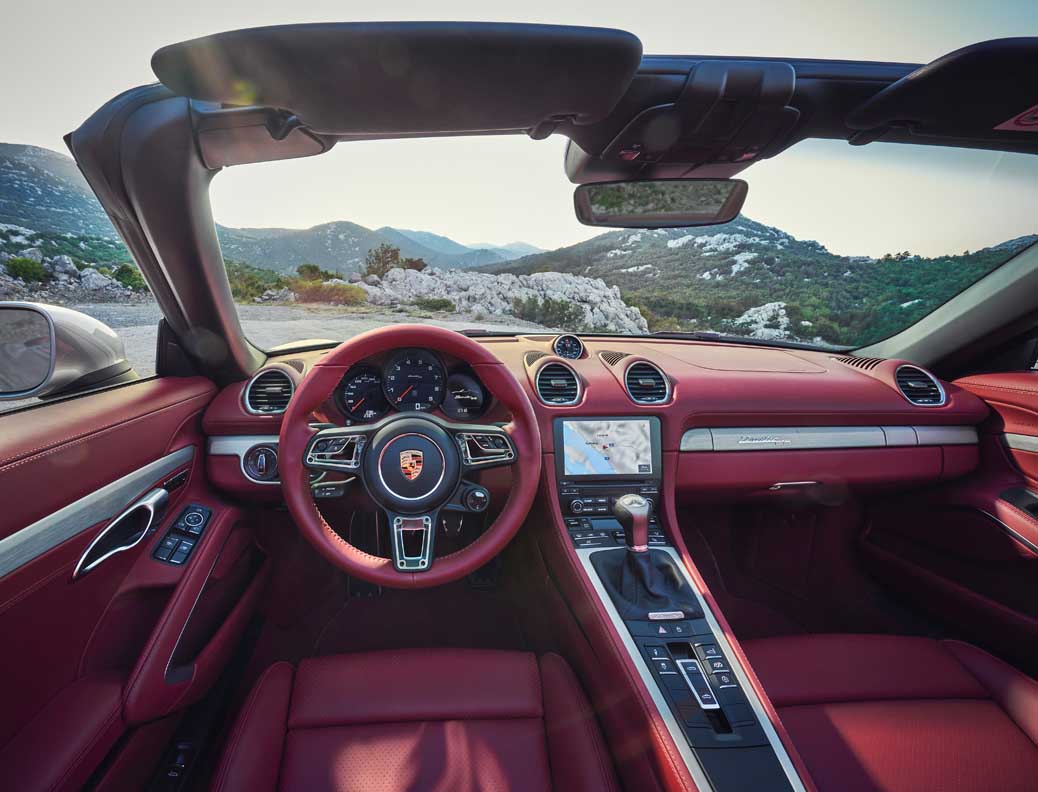 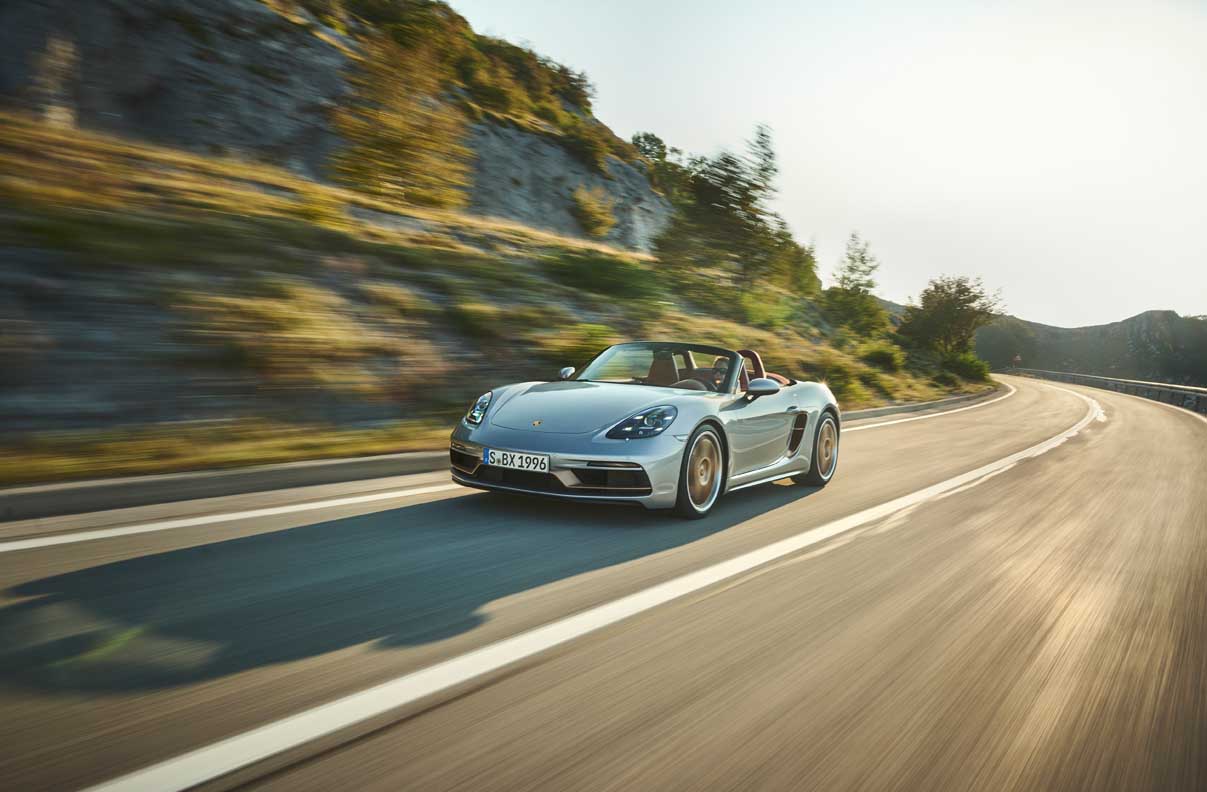 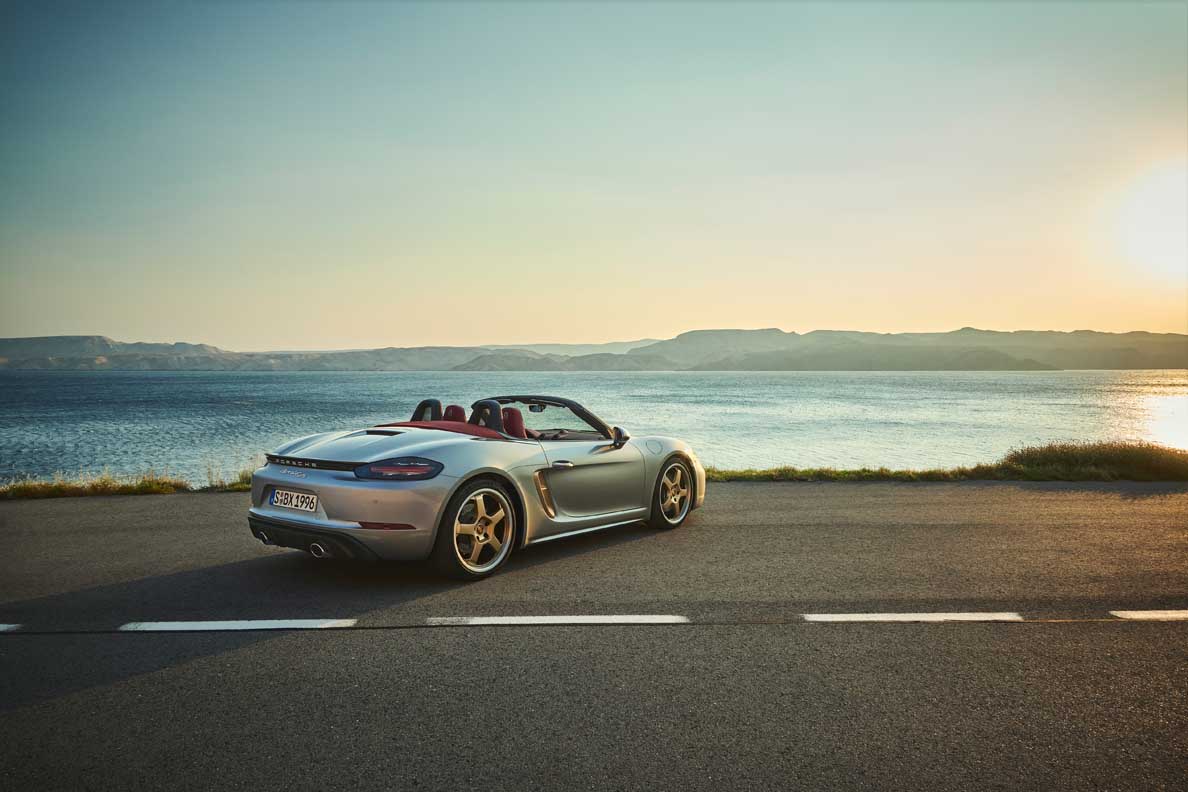 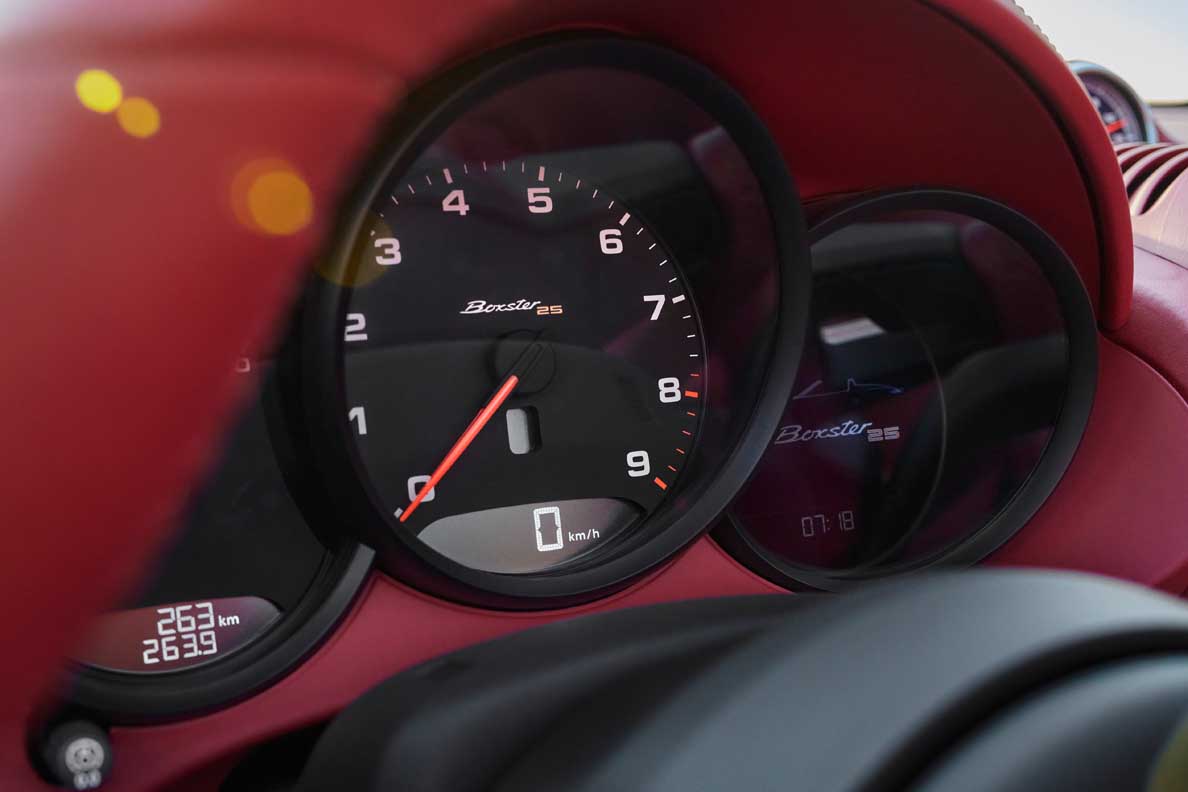 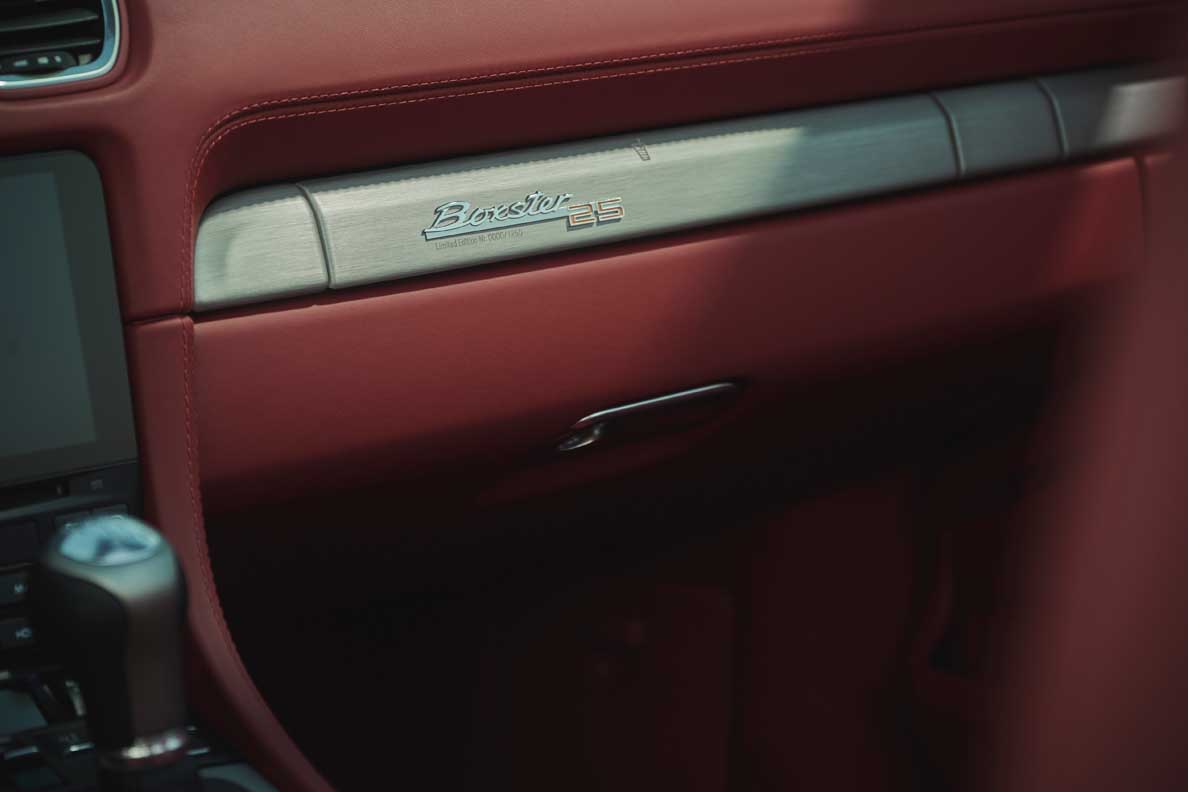 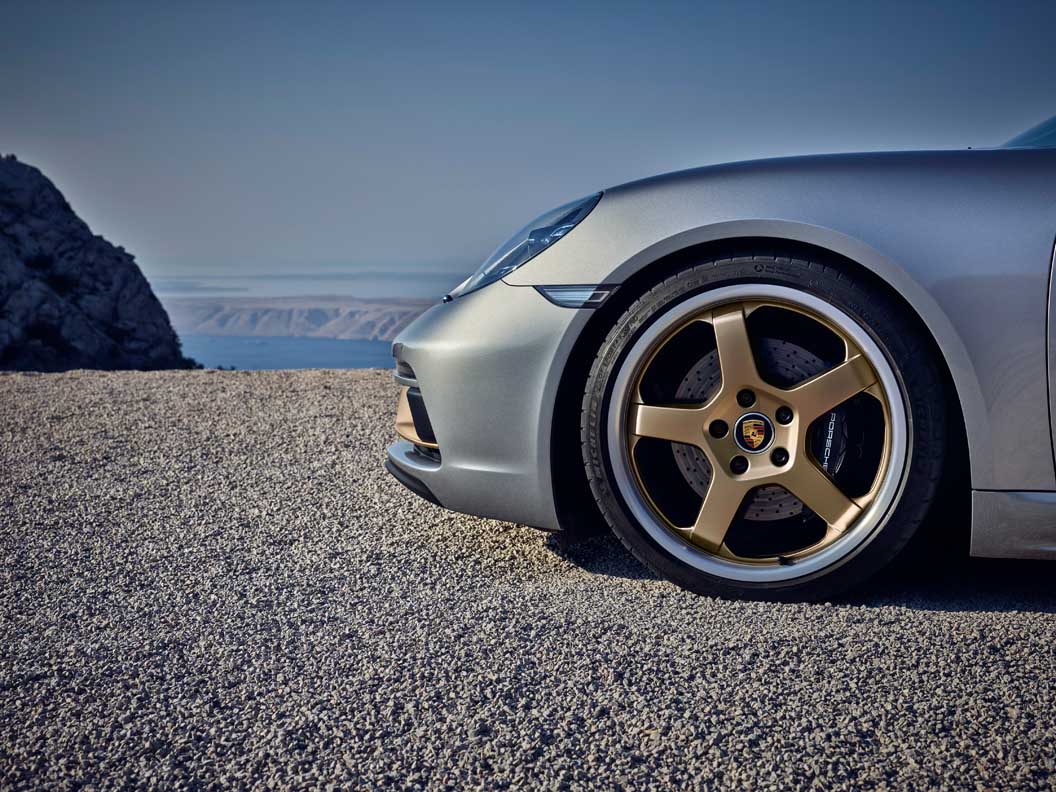 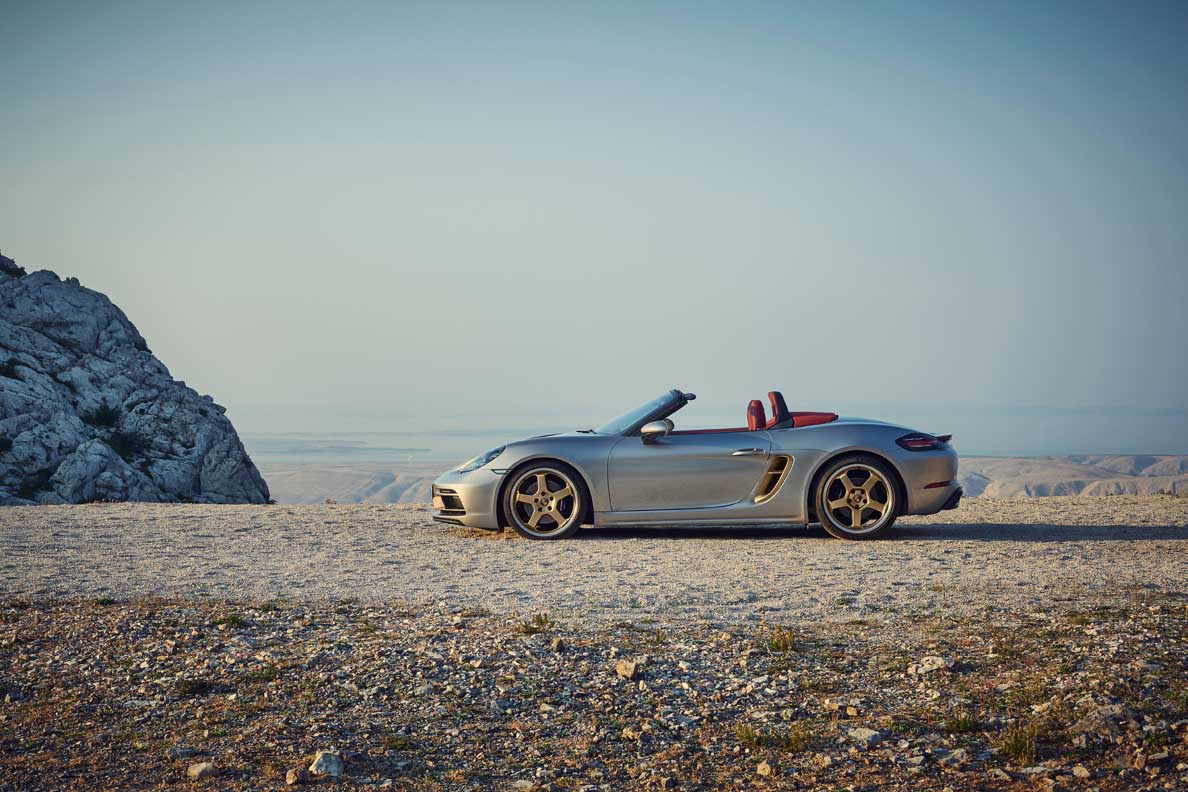 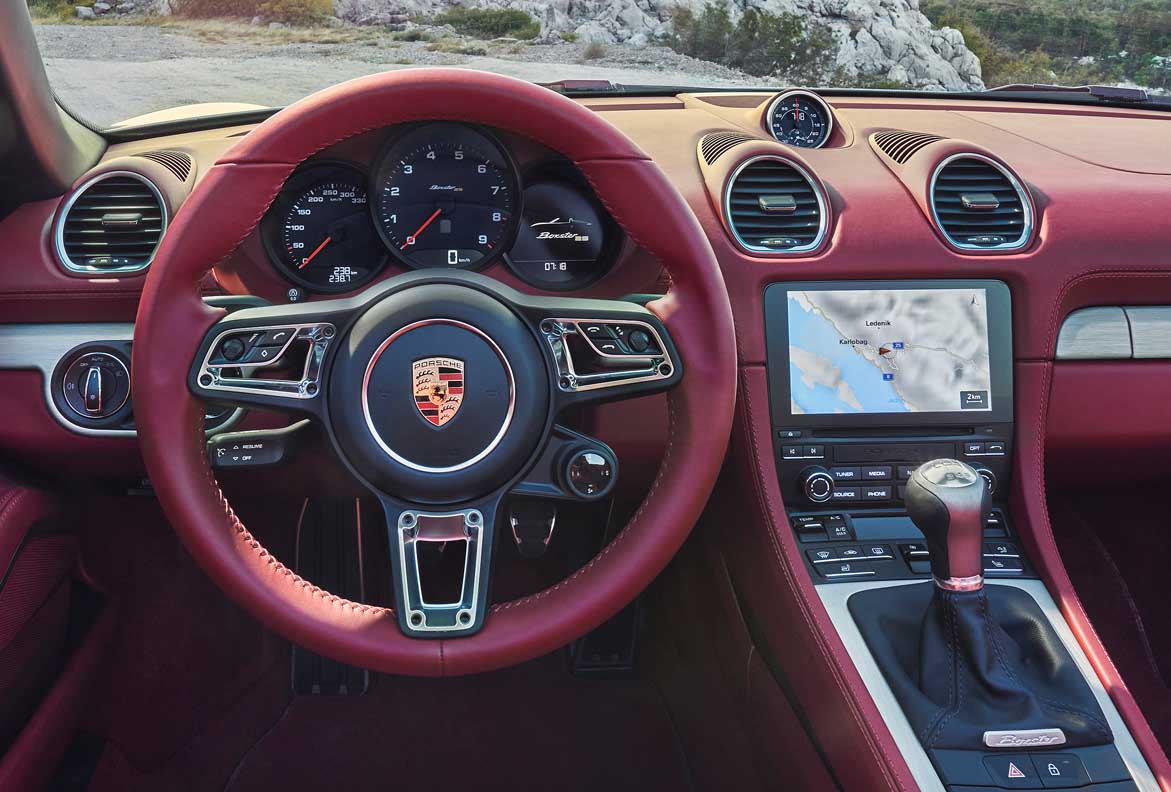 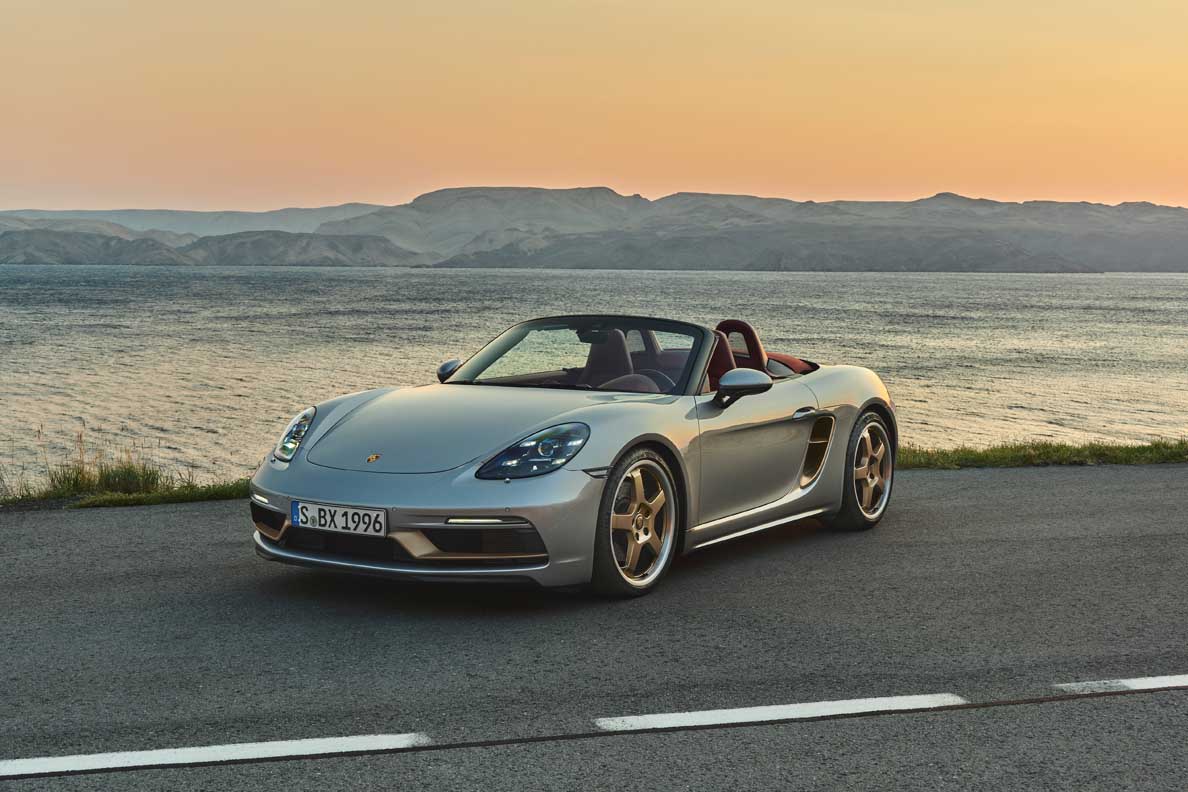 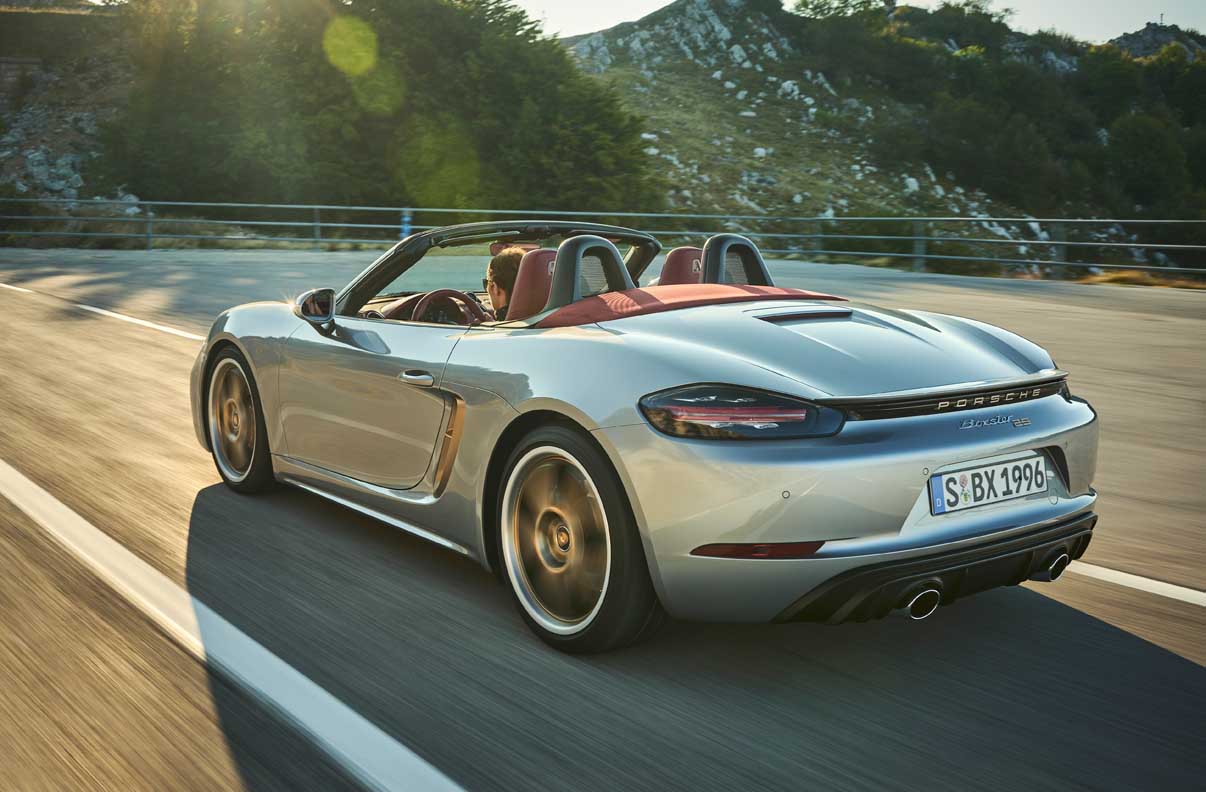 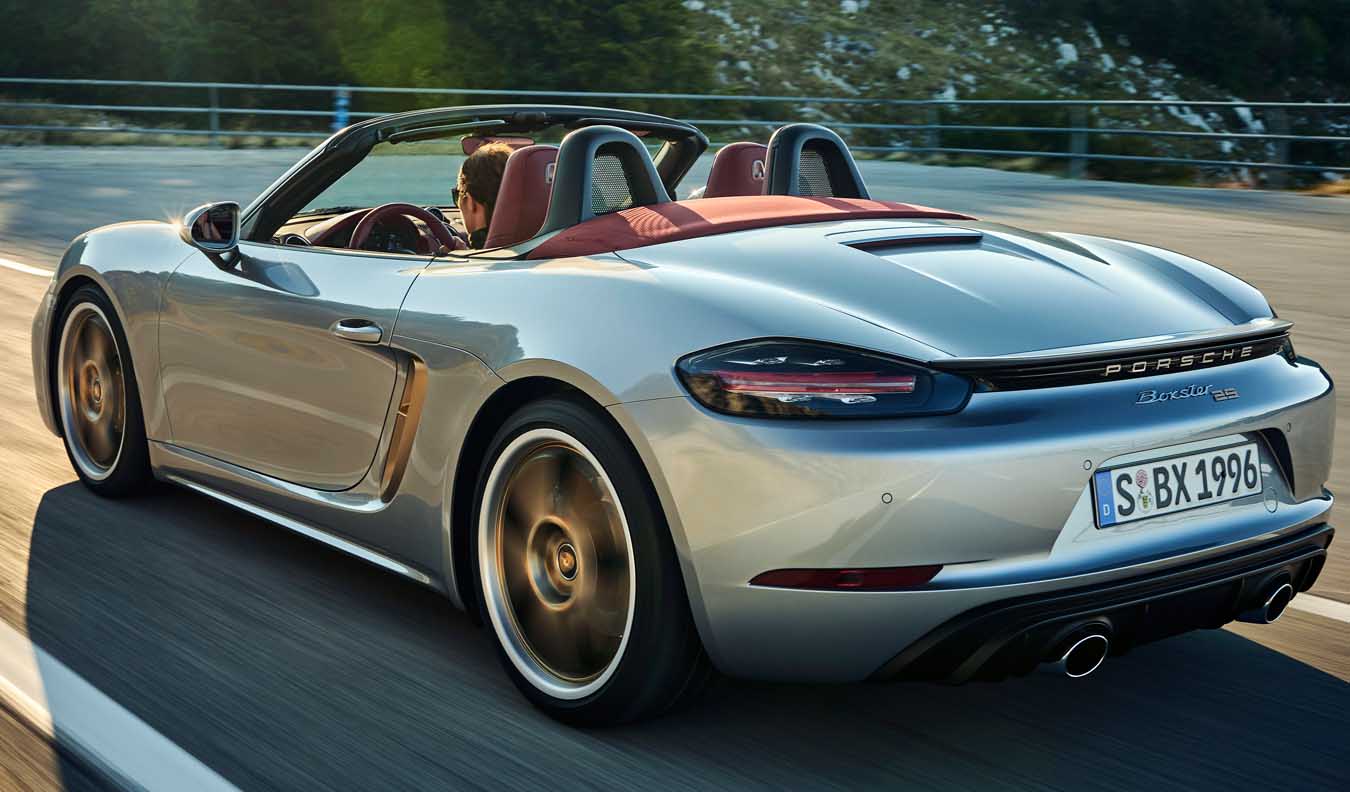 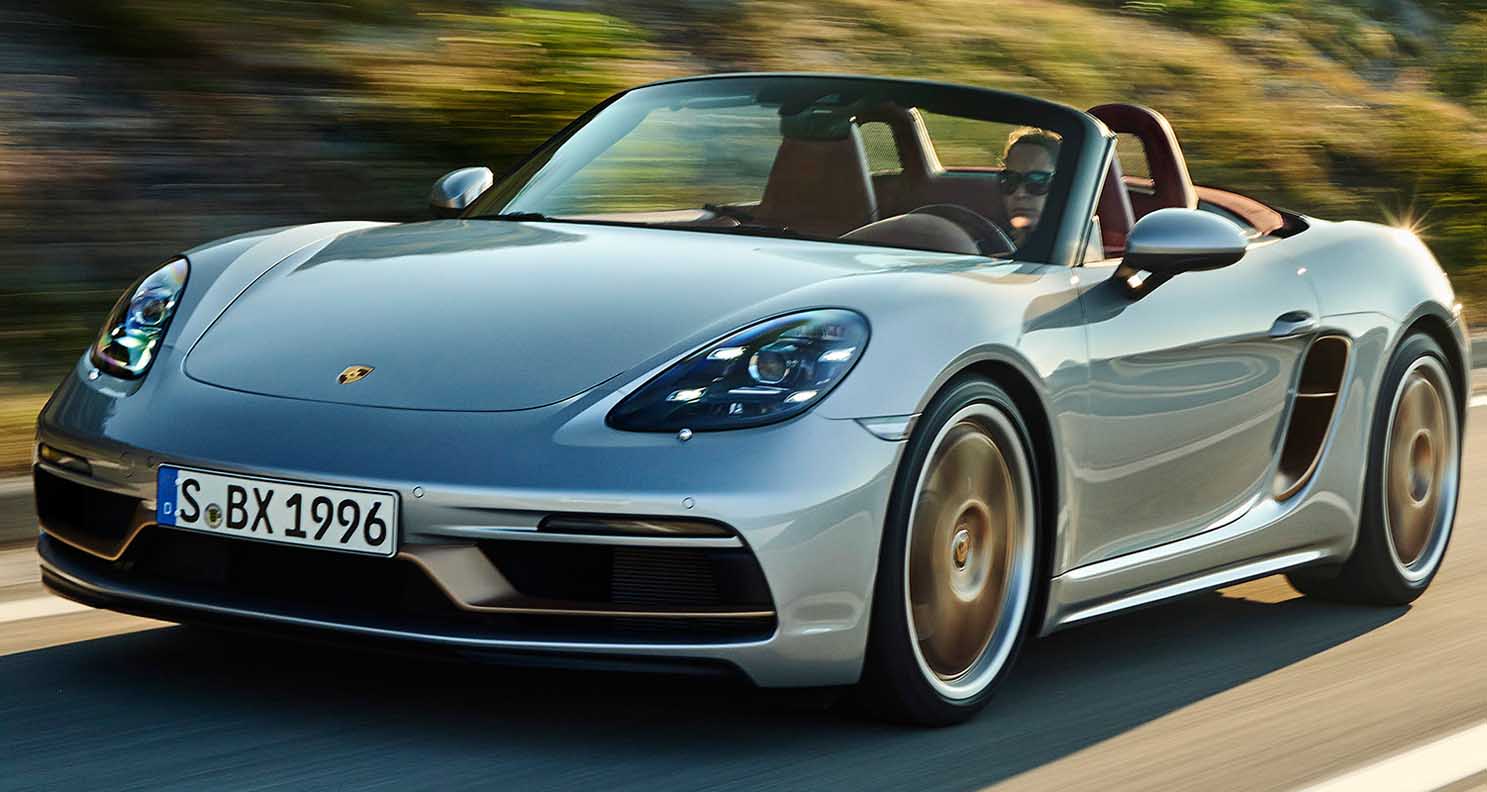