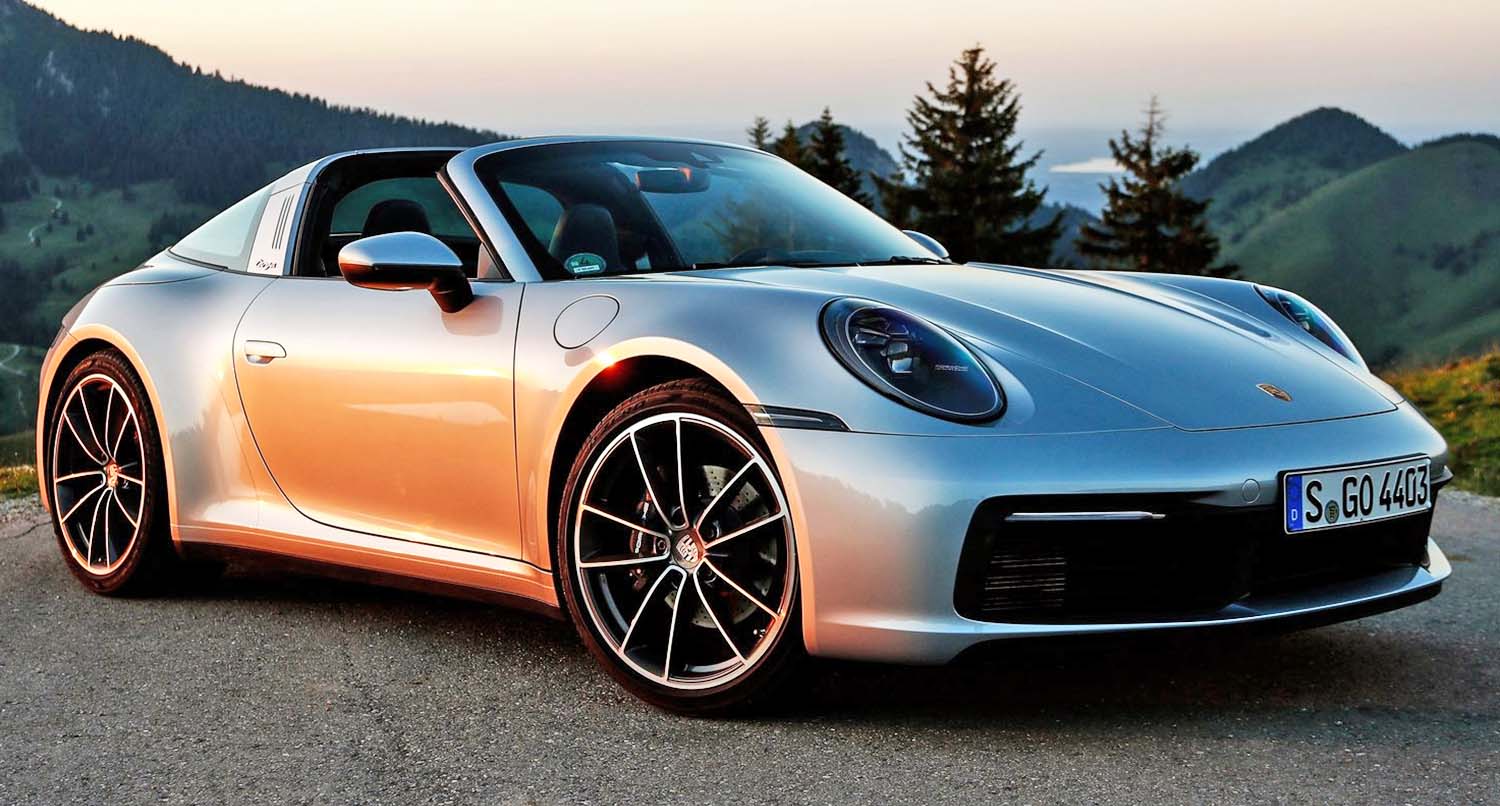 Porsche completes its sports car trio in time for summer: following on from the Coupé and Cabriolet, the third body variant of the new 911 generation now makes its debut with the all-wheel drive Porsche 911 Targa 4 and 911 Targa 4S models. The distinguishing feature of the Targa remains its innovative, fully automatic roof system and, just like the legendary original Targa model from 1965, it features a characteristic wide roll hoop, a movable roof section above the front seats and a wraparound rear window. The roof can be comfortably opened and closed in just 19 seconds.

Both sports cars are fitted with eight-speed dual-clutch transmission (PDK) and intelligent all-wheel drive Porsche Traction Management (PTM) as standard to deliver maximum driving pleasure. Alternatively, the 911 Targa 4S can be ordered with the newly developed seven-speed manual gearbox, with which the Sport Chrono package is included. New technology has also been integrated to extend the range of features for both 911 models and, for the first time, Porsche InnoDrive, which includes adaptive cruise control, is available. Thanks to the enhanced Smaltrift function, ground clearance can be programmed so that it is raised for everyday use. The list of options is supplemented by an extensive range from Porsche Tequipment and new personalisation options from Porsche Exclusive Manufaktur. Porsche will further extend the combination of traditional style elements, timeless design and cutting-edge technology in a special edition of the 911 Targa, which will make its debut in June. 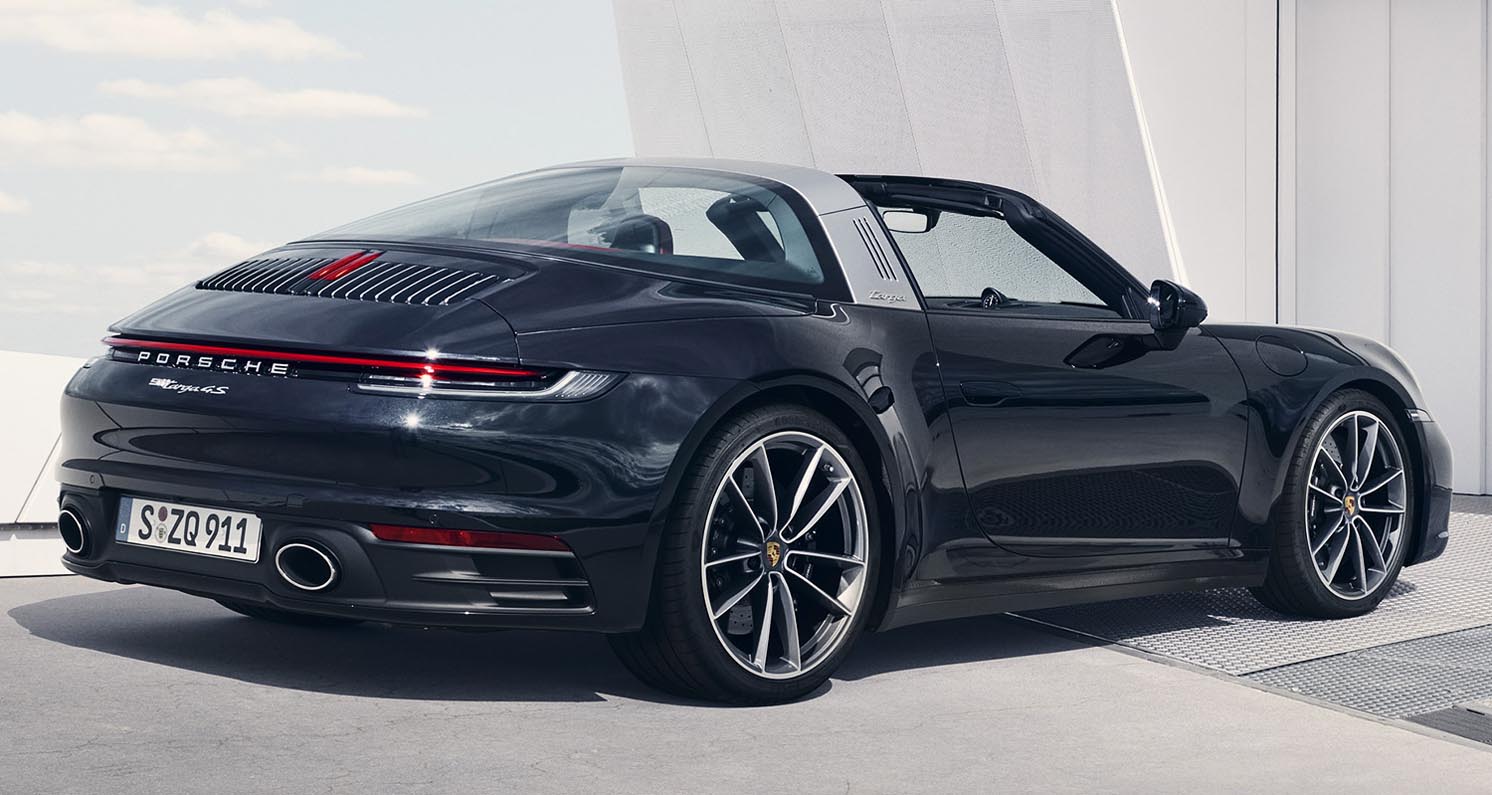 The enhanced performance of the new all-wheel drive models goes hand-in-hand with further development of the front-axle drive. The clutch and differential unit is water-cooled and has reinforced clutch discs for greater robustness and a higher load capacity. The increased actuating torque at the clutch improves its adjustment accuracy and the function of the additional front-axle drive. Overall, the enhanced front-axle drive with PTM (Porsche Traction Management) contributes to even better traction in all road conditions.

The electronically controlled variable damping system PASM (Porsche Active Suspension Management) is part of the standard equipment on the new 911 Targa models. This system automatically adjusts the damping characteristics in terms of driving comfort and handling to each driving situation and has two manually adjustable maps, Normal and Sport. Porsche Torque Vectoring Plus (PTV Plus), which includes an electronic rear differential lock with fully variable torque distribution, is added as standard equipment for the Targa 4S and is available as an option on the Targa 4. Like the other eighth generation Porsche 911 variants, the Targa models are also equipped with Porsche Wet mode as standard. Sensors fitted in the front wheel housings are capable of detecting water on the road surface and, if significant volumes of water are picked up, a signal in the cockpit provides a recommendation for the driver to manually switch to Wet mode. The drive responsiveness is then adapted to the conditions to guarantee maximum driving stability.

The driving dynamics setup for the 911 Targa 4 includes 235/40 ZR tyres on 19-inch alloy wheels on the front axle and 295/35 ZR tyres on 20-inch wheels on the rear axle. As standard, the 4S model is fitted with 245/35 ZR tyres on its 20-inch front wheels and 305/30 ZR tyres on its 21-inch rears. On the Targa 4, deceleration is taken care of on both axles by 330-millimetre brake discs with black four-piston monobloc fixed callipers. The red-painted brake callipers on the Targa 4S have six pistons at the front axle, four at the rear while its discs measure 350 mm front and rear. The Porsche Ceramic Composite Brake (PCCB) can be ordered as an option.

The exterior of the Porsche 911 Targa is characterised by the design elements of its 992 model generation. Compared to its predecessors, its body features significantly more pronounced wheel housings at the front and, between its LED headlights, its bonnet has a distinctive recess evoking the design of the first 911 generations. Its rear is dominated by its wider, variably extending rear spoiler and seamlessly integrated, elegant light bar. With the exception of the front and rear sections, the entire outer skin is made from aluminium.

The interior echoes the 911 Carrera models and is characterised by the clear and straight lines of its dashboard and its recessed instruments. The 911 models from the 1970s provided the inspiration here. Alongside the central rev counter – very much a defining feature for Porsche – two thin, frameless freeform displays extend the information provided to the driver. A compact switch unit with five buttons for direct access to important vehicle functions is located below the 10.9-inch centre screen of the Porsche Communication Management (PCM). The standard PCM features include online navigation based on swarm data as well as Connect Plus with Apple Car Play®.

The model for a new class of sports cars since 1965

The 1965 911 Targa 2.0 was a trailblazer for a whole new type of car. Originally marketed as a “safety cabriolet with anti-roll bar”, the Targa, with its detachable roof, soon established itself as an independent concept and indeed became a style icon. Right through to the present day, Porsche has continued to combine two worlds in the 911 Targa: the advantages of open-top driving in a cabriolet combined with the everyday comfort and safety of a coupé. 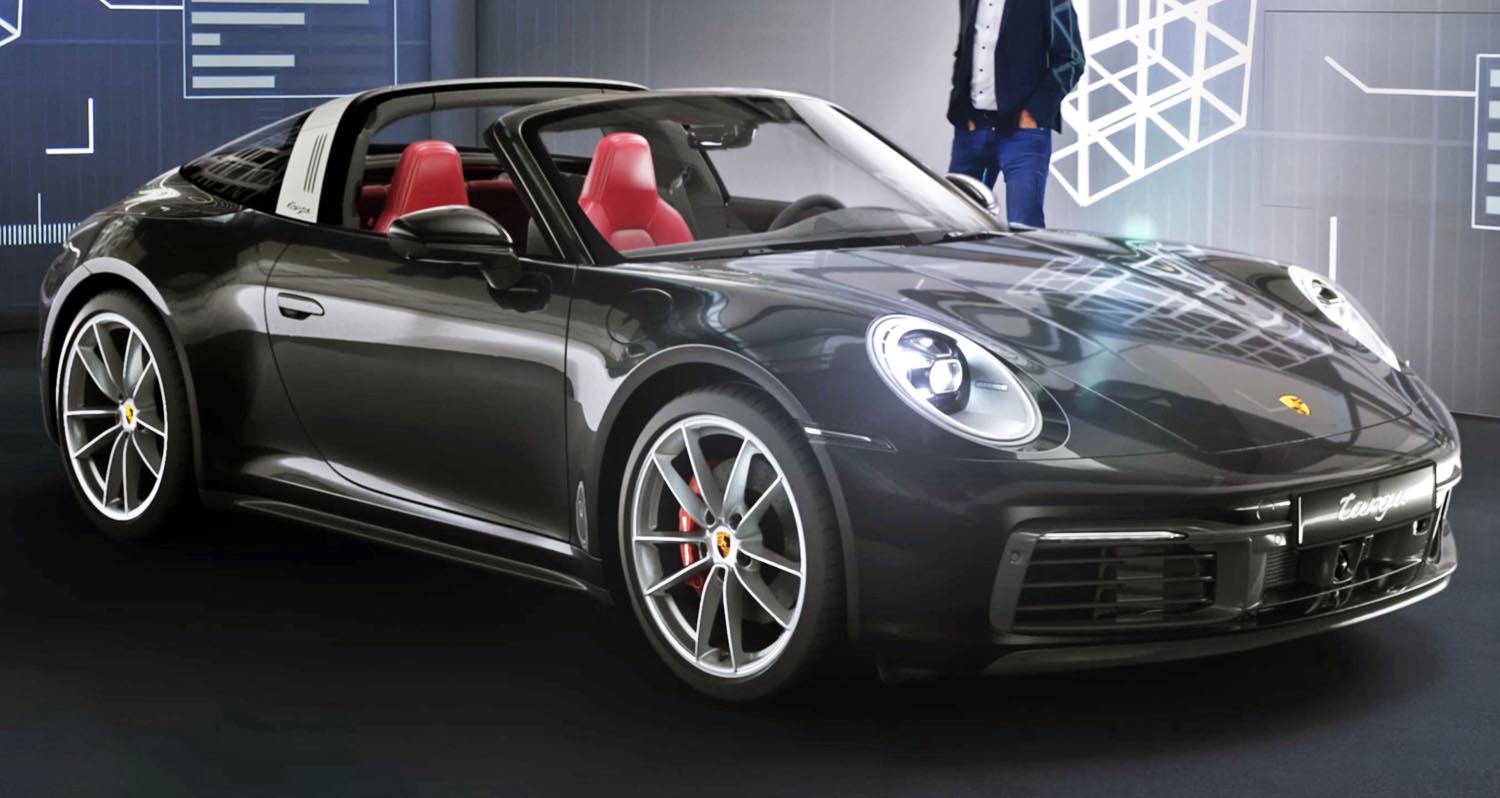 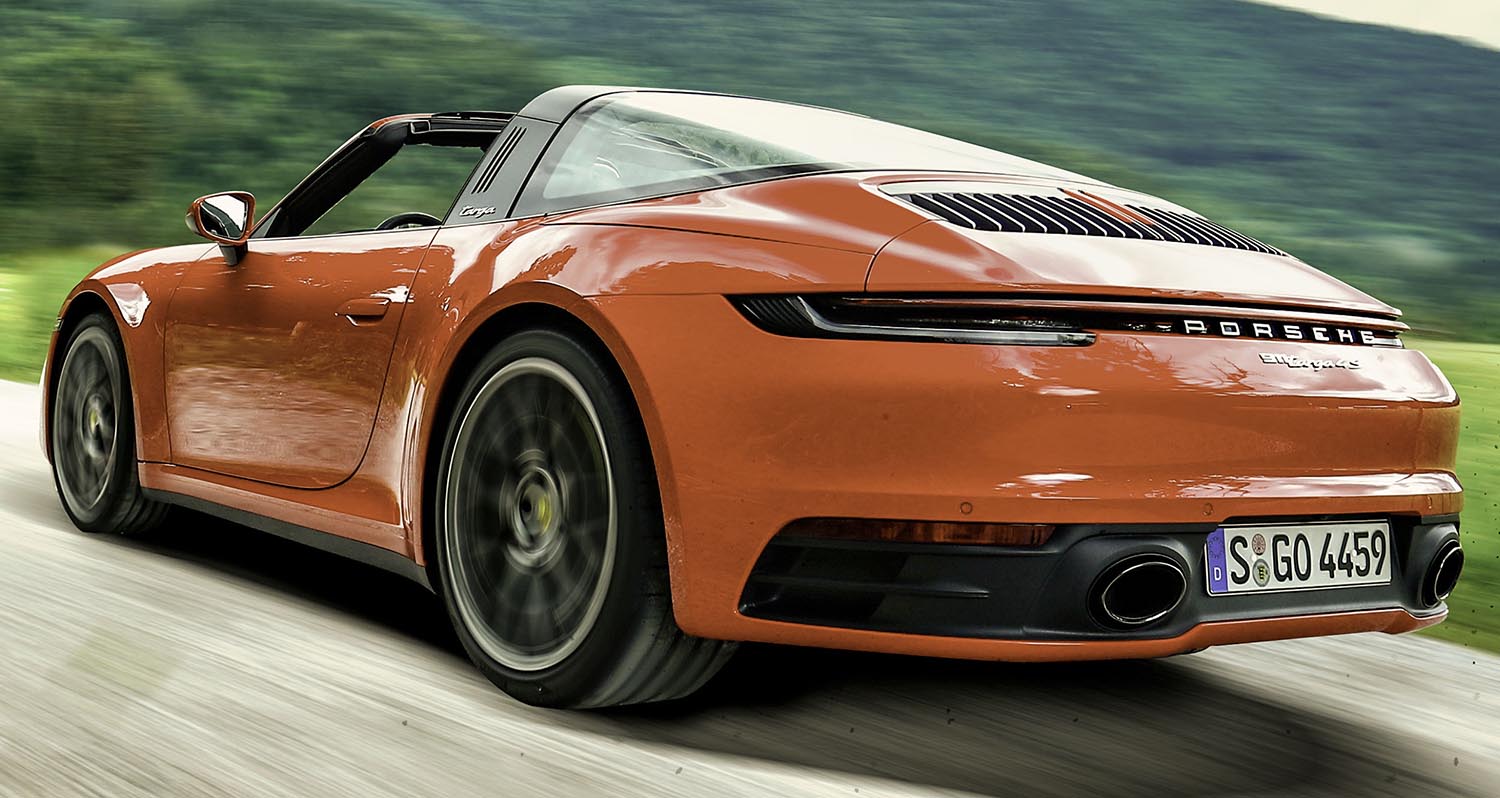 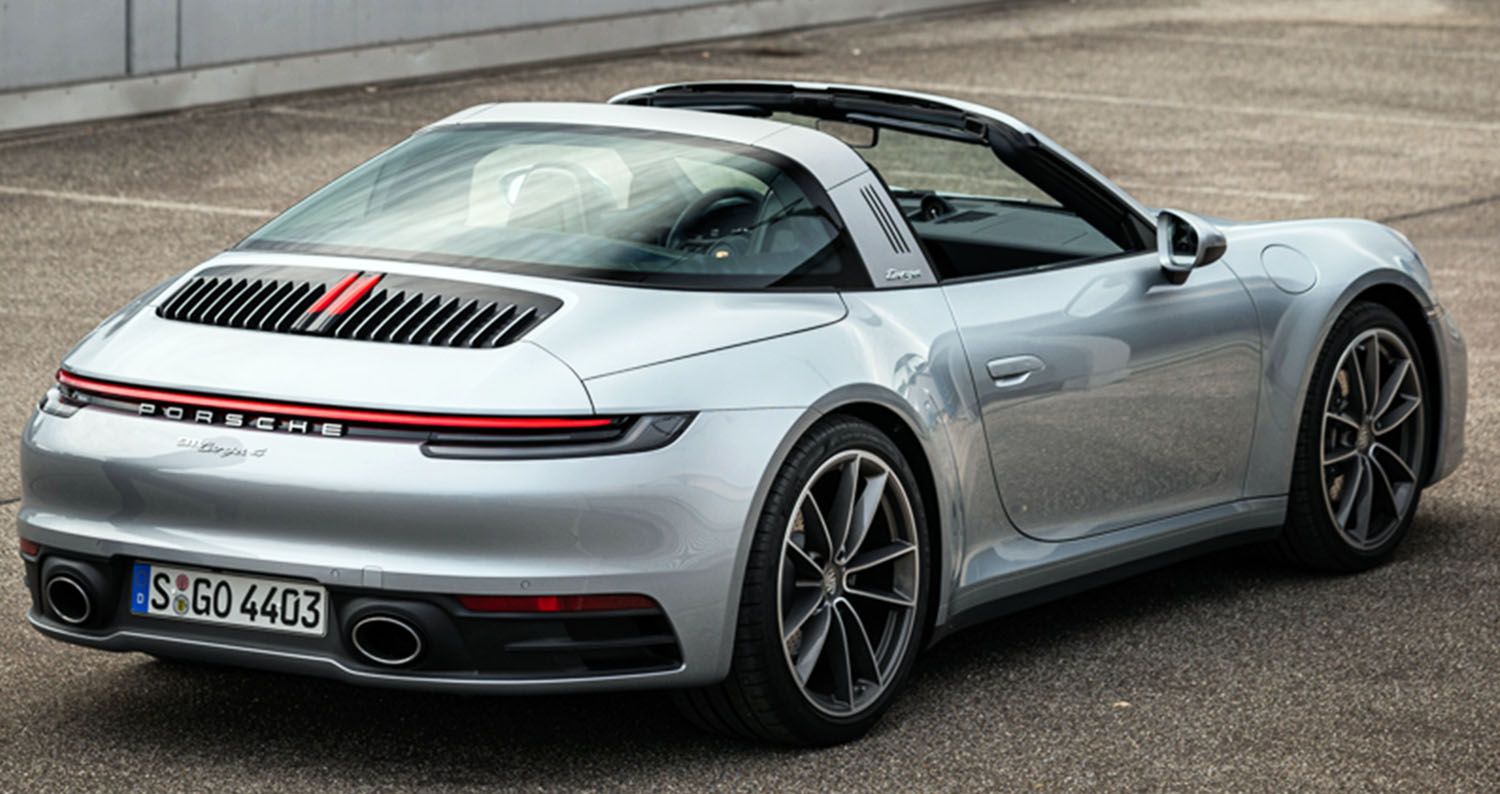 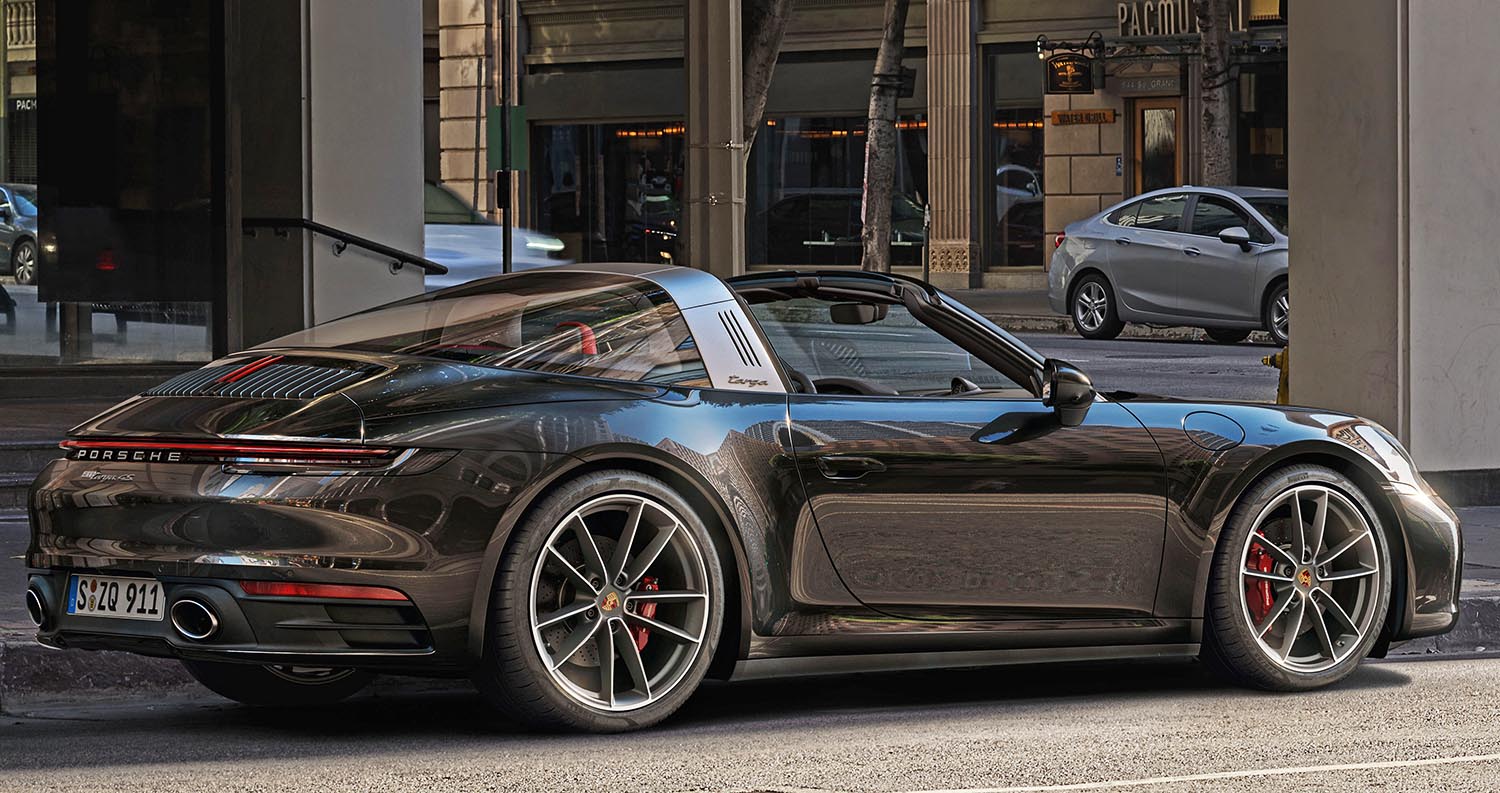 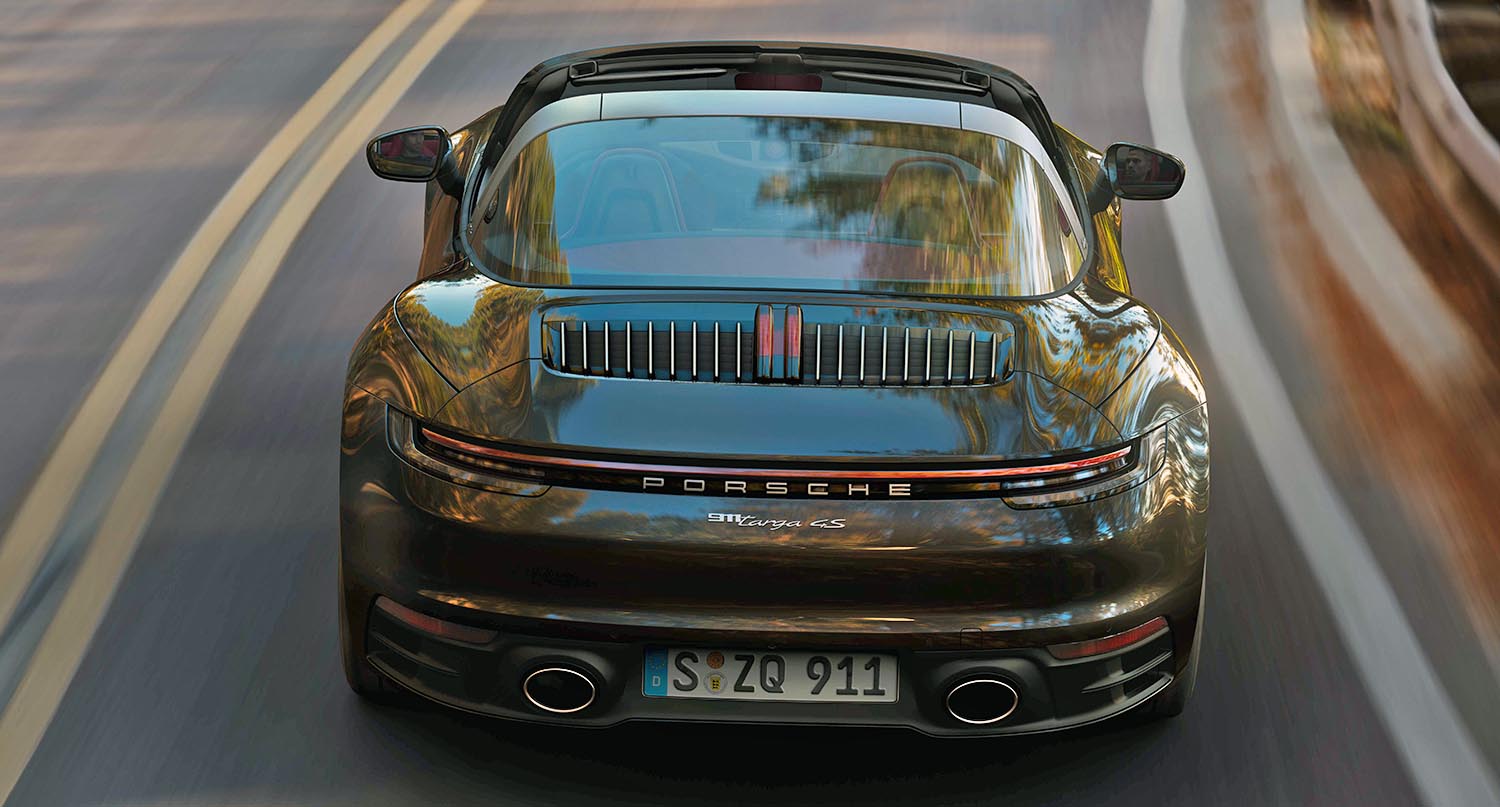 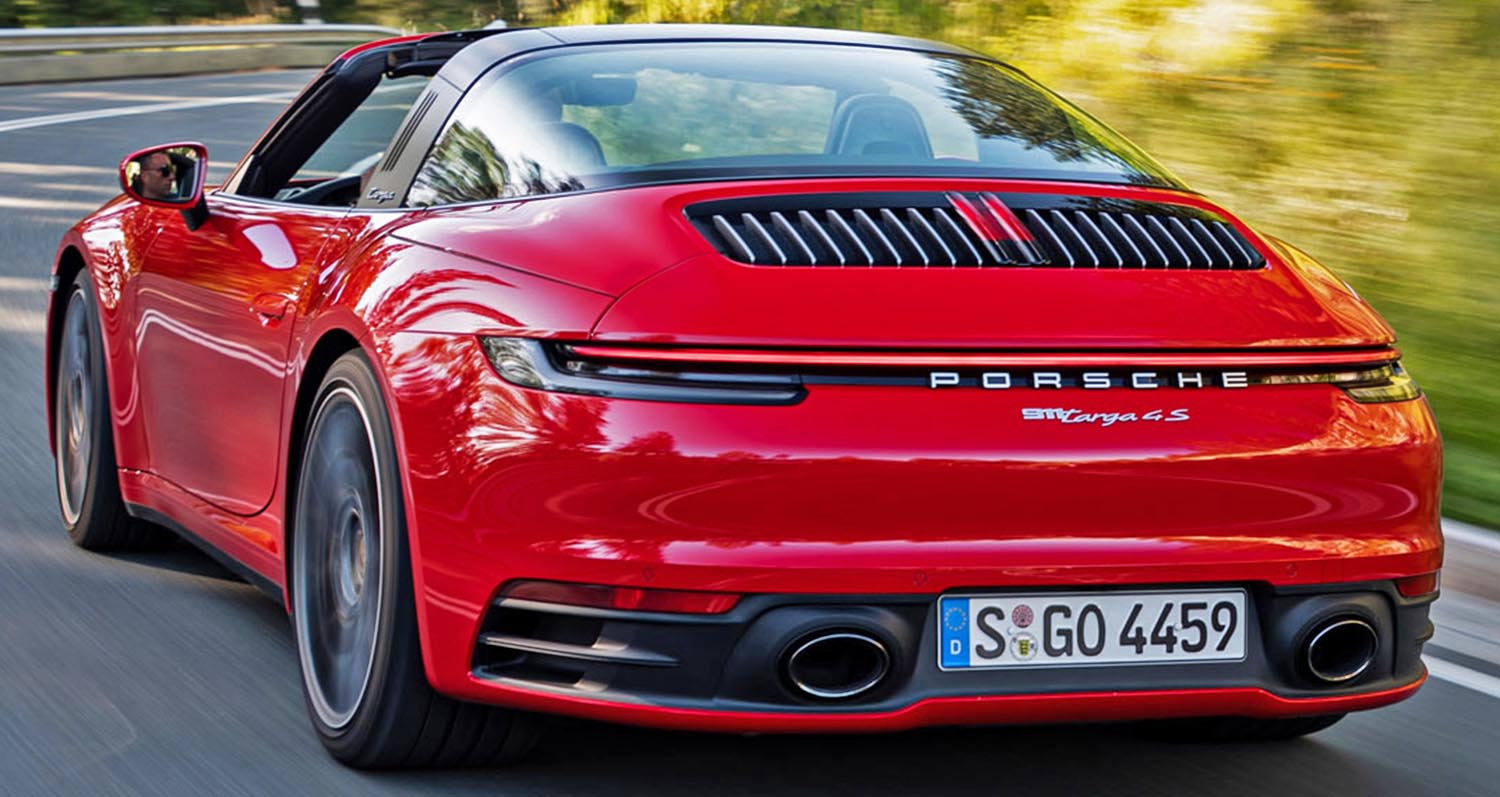 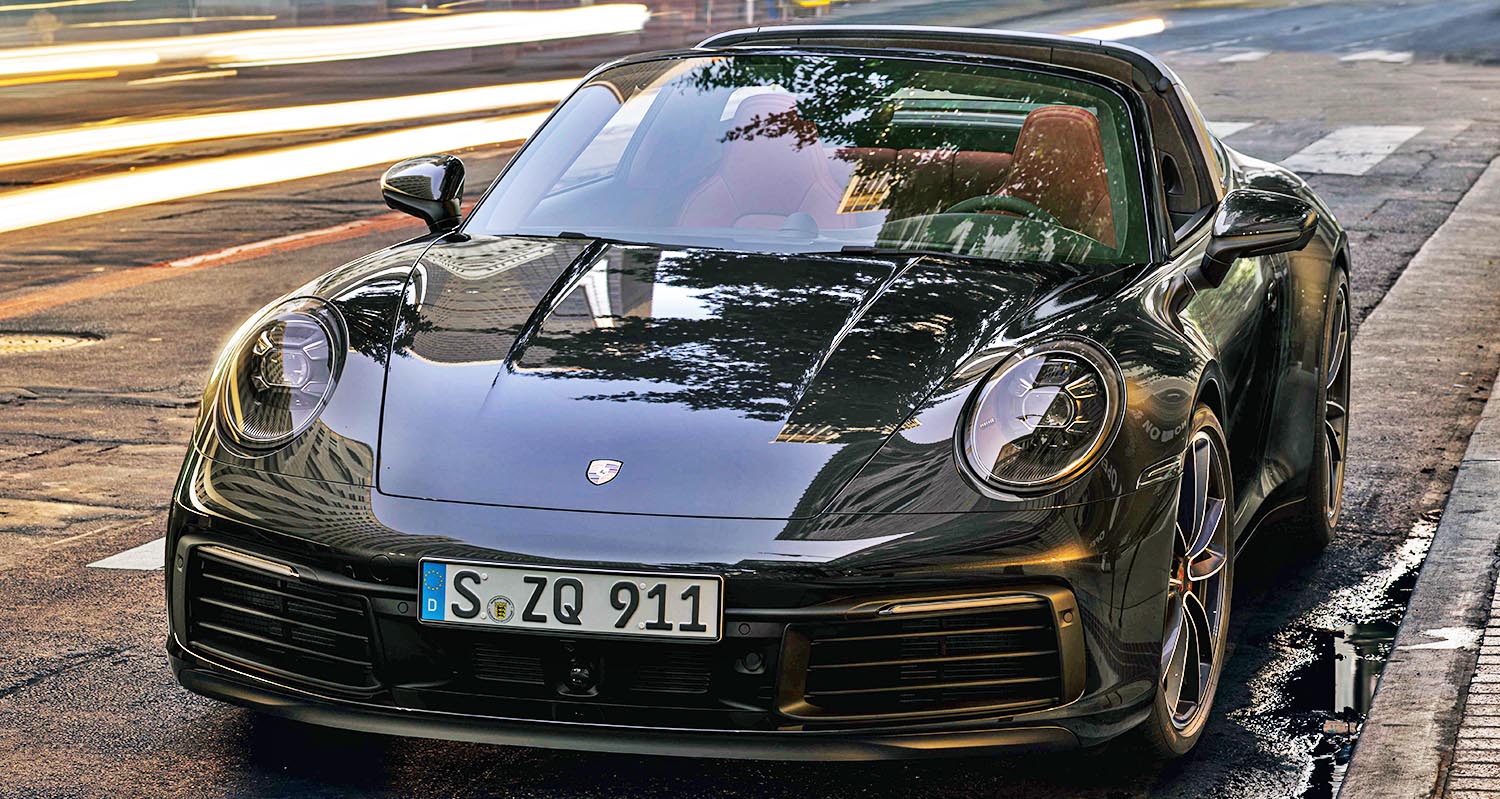 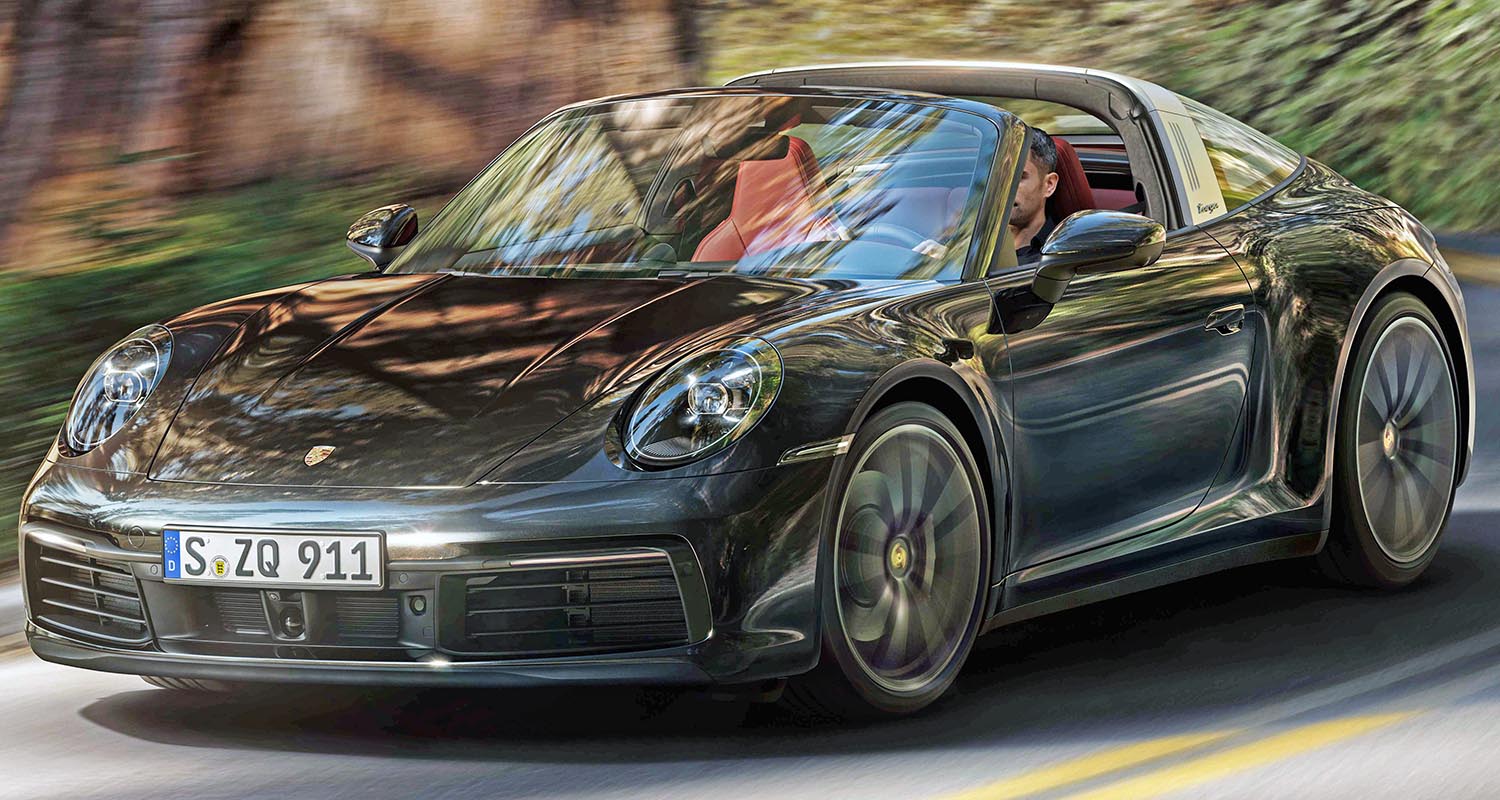 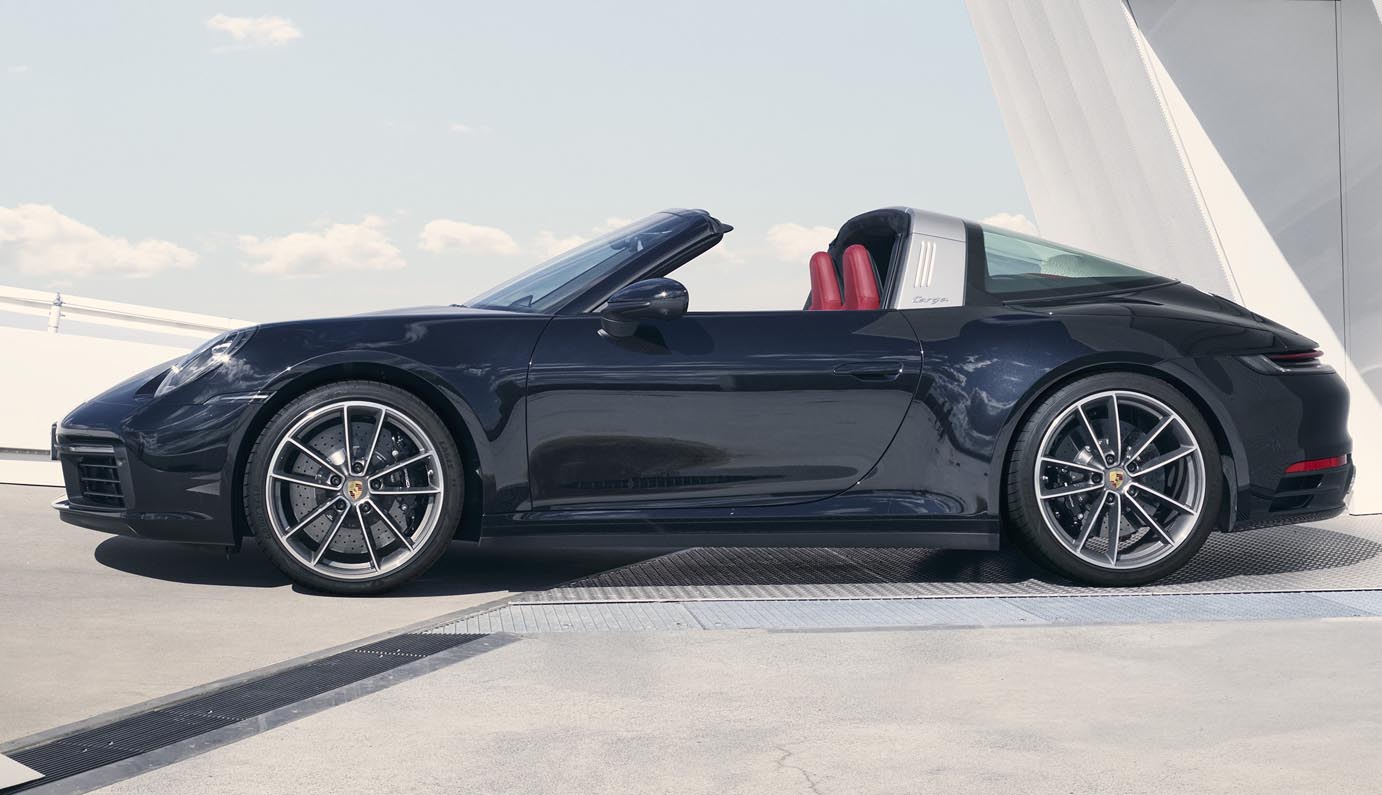 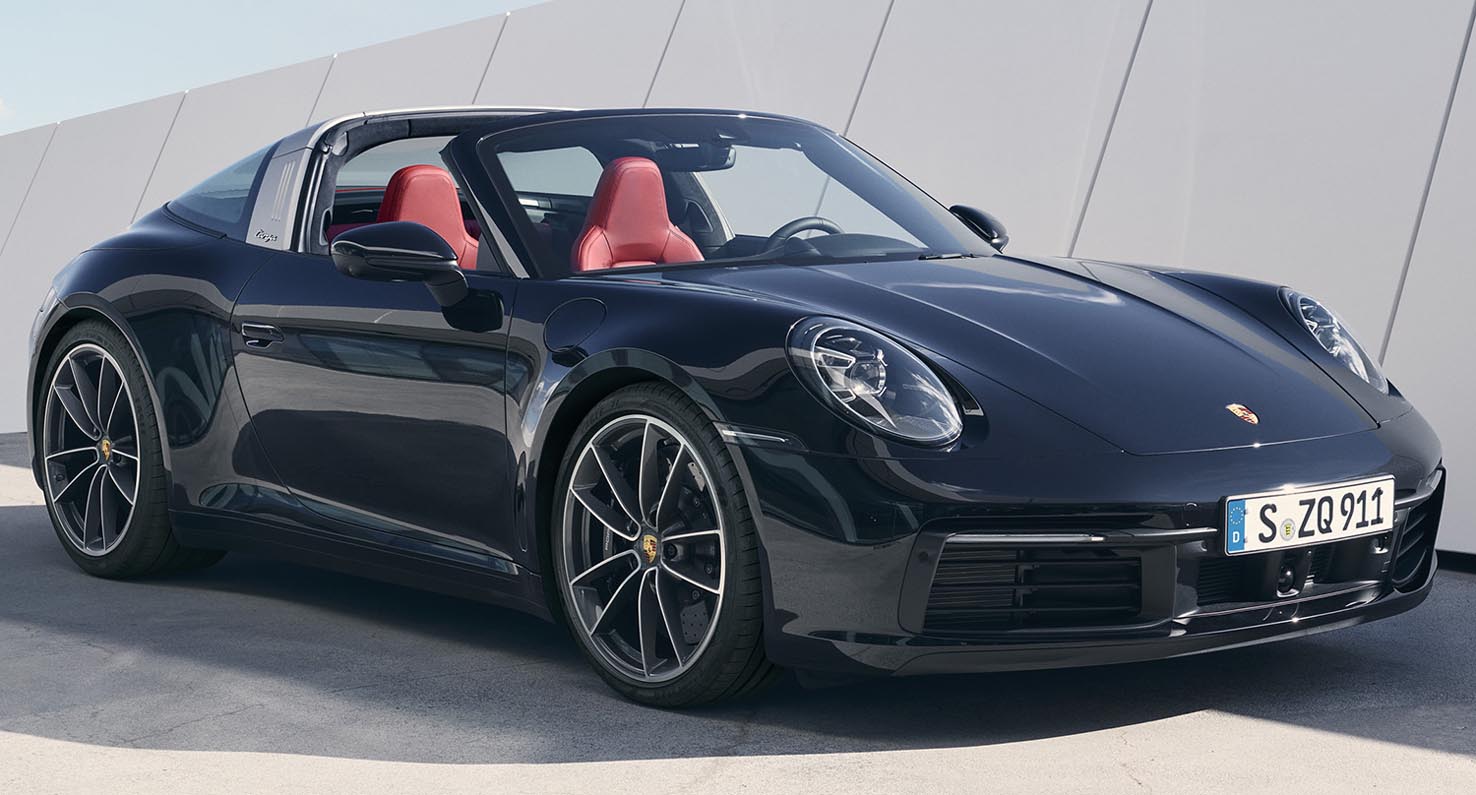 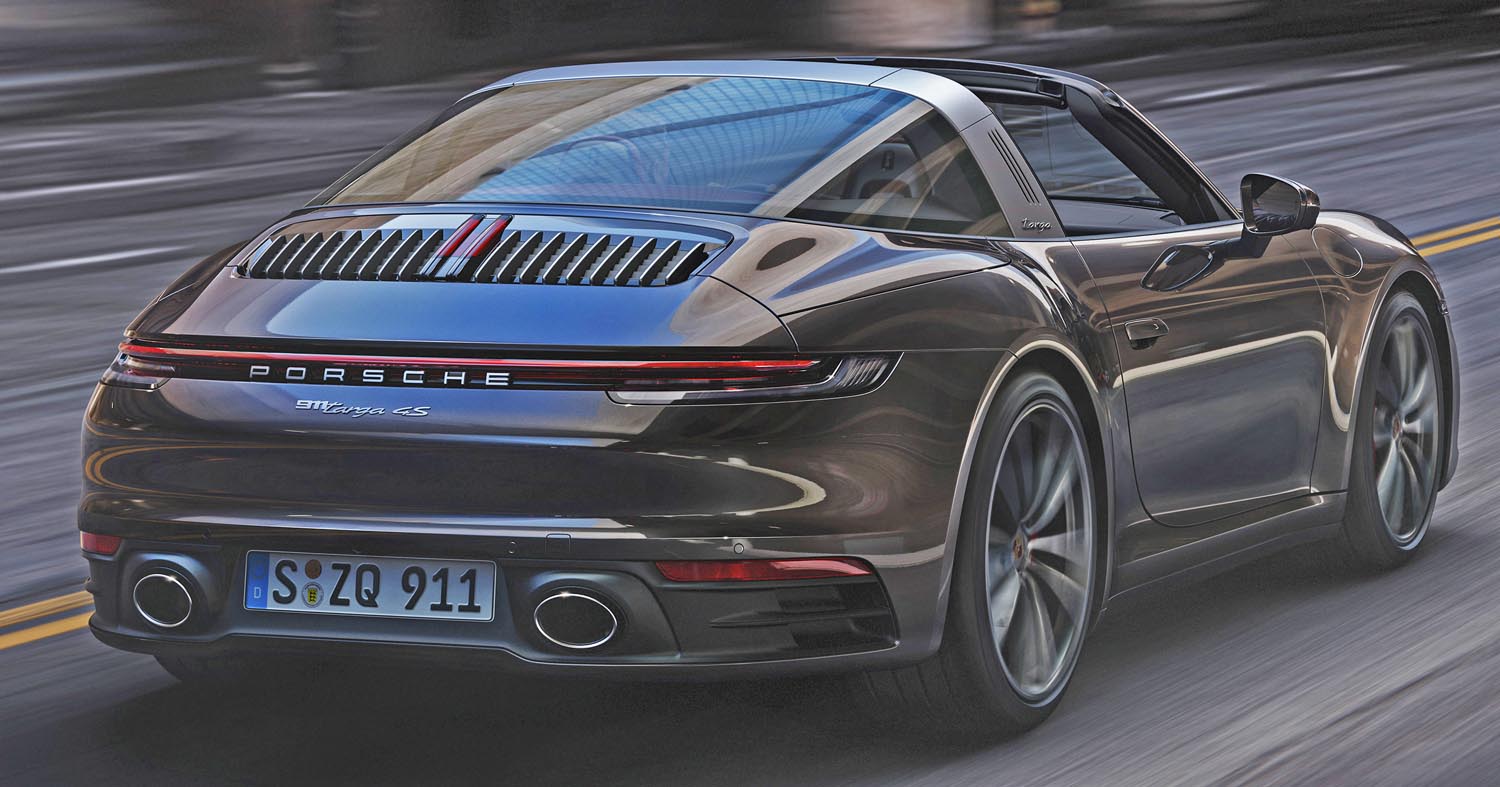 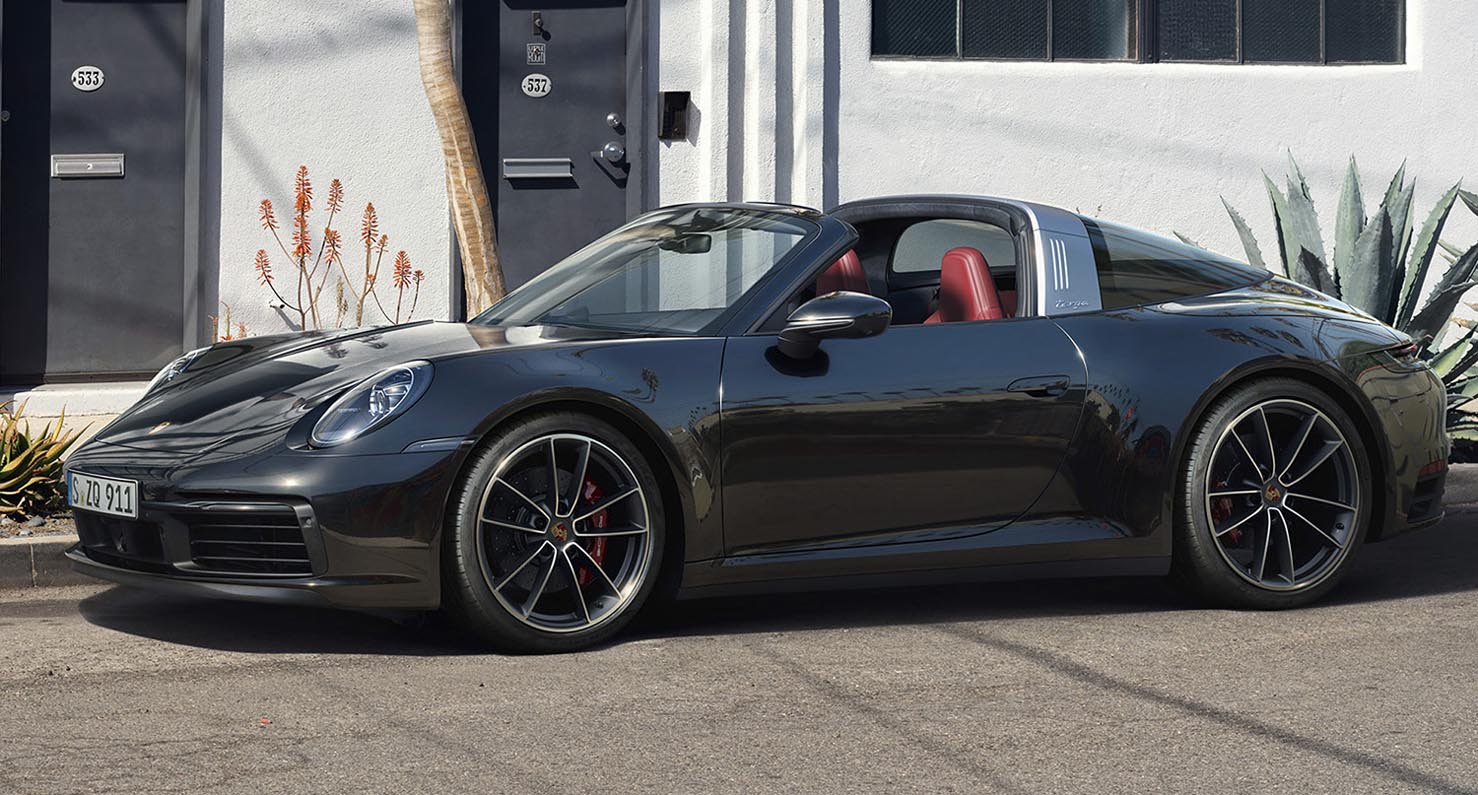 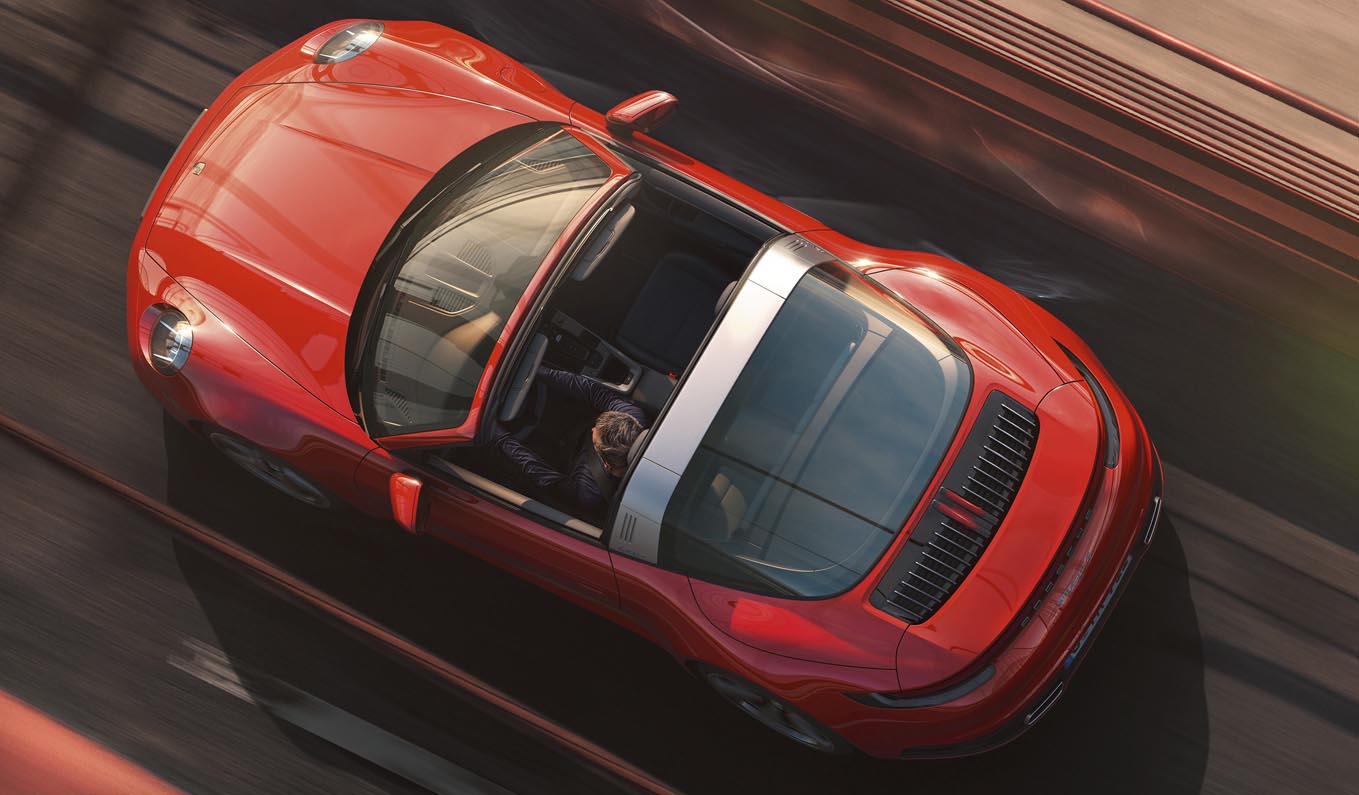 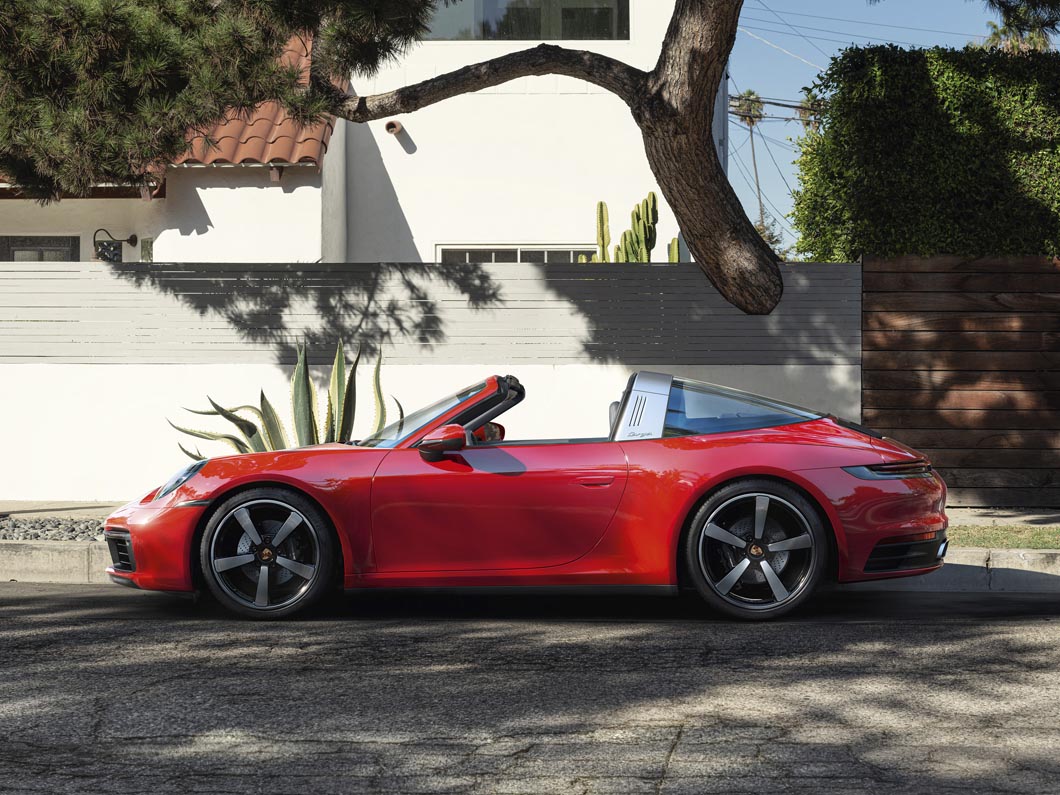 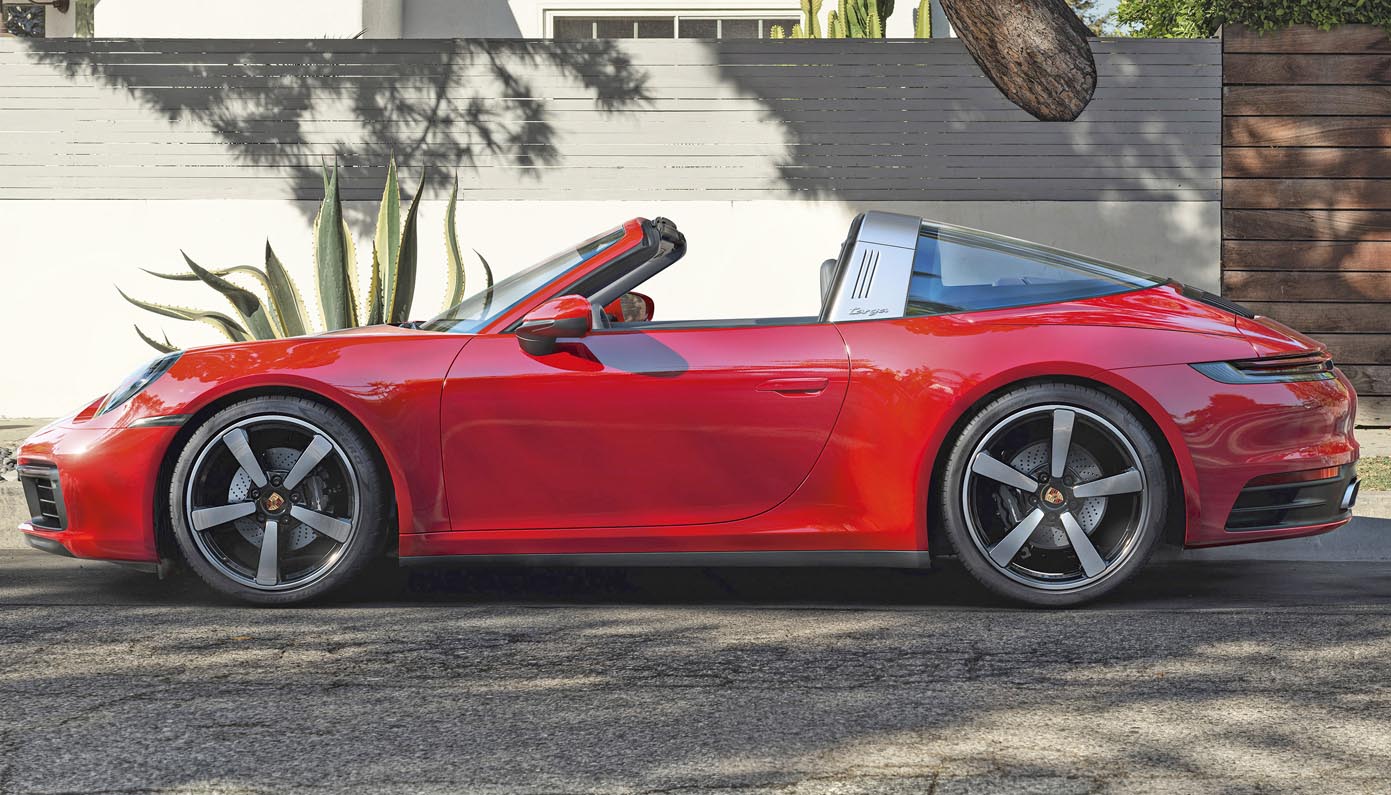 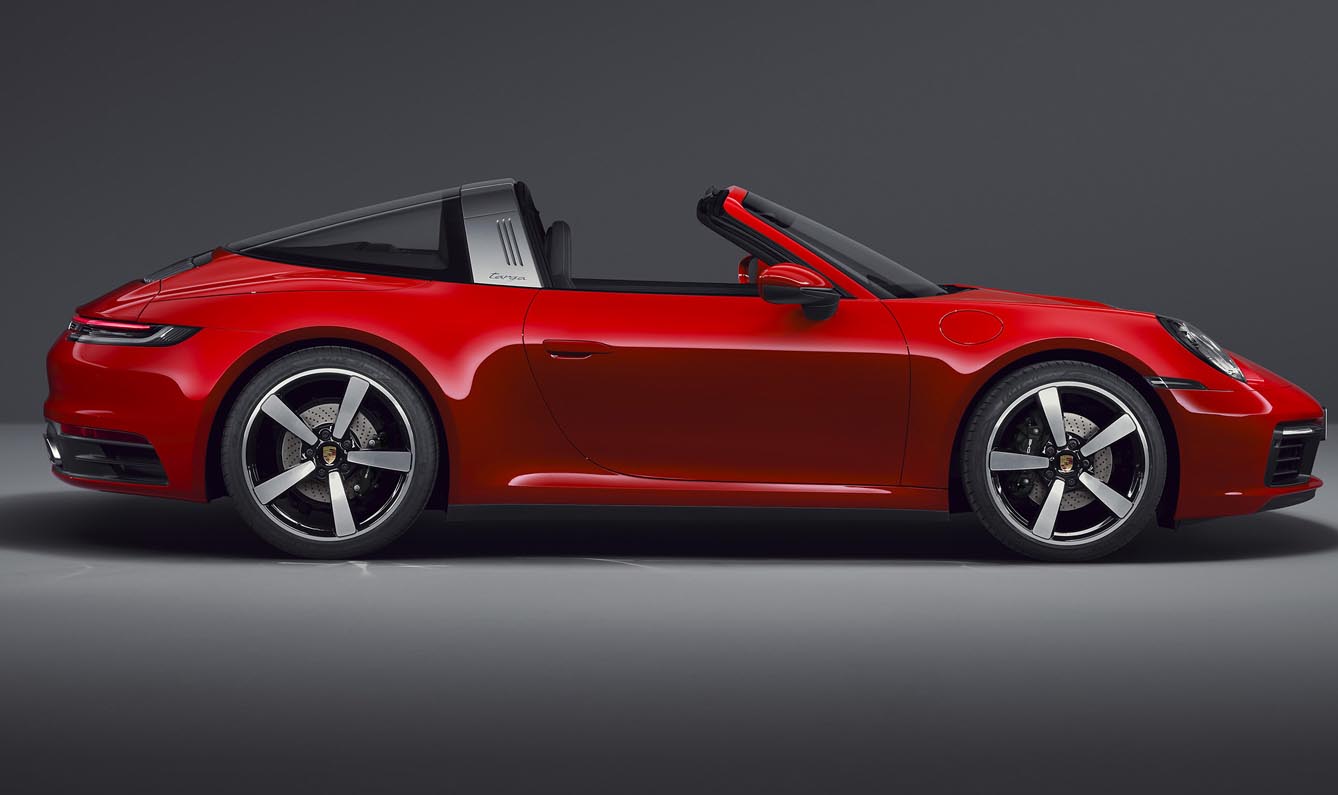 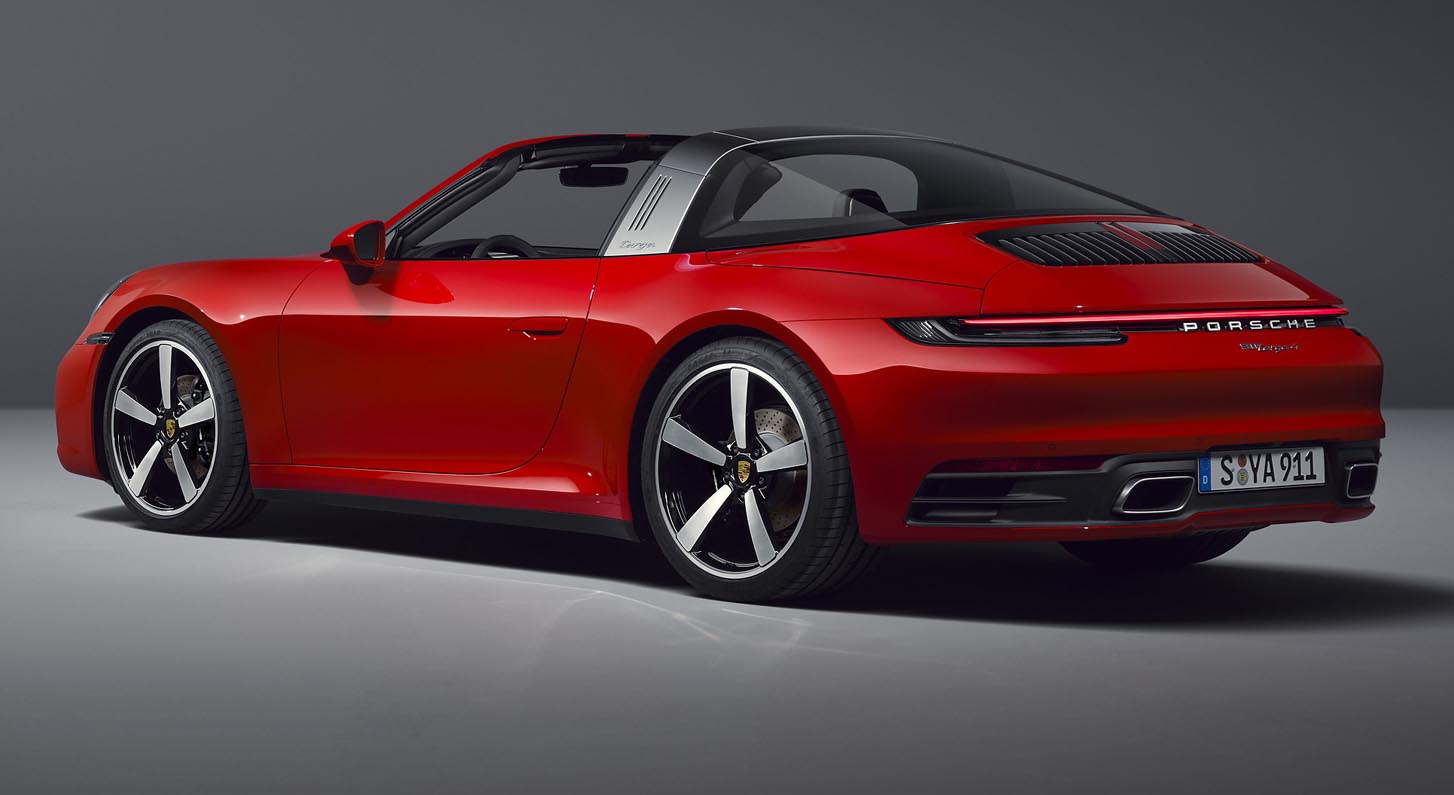 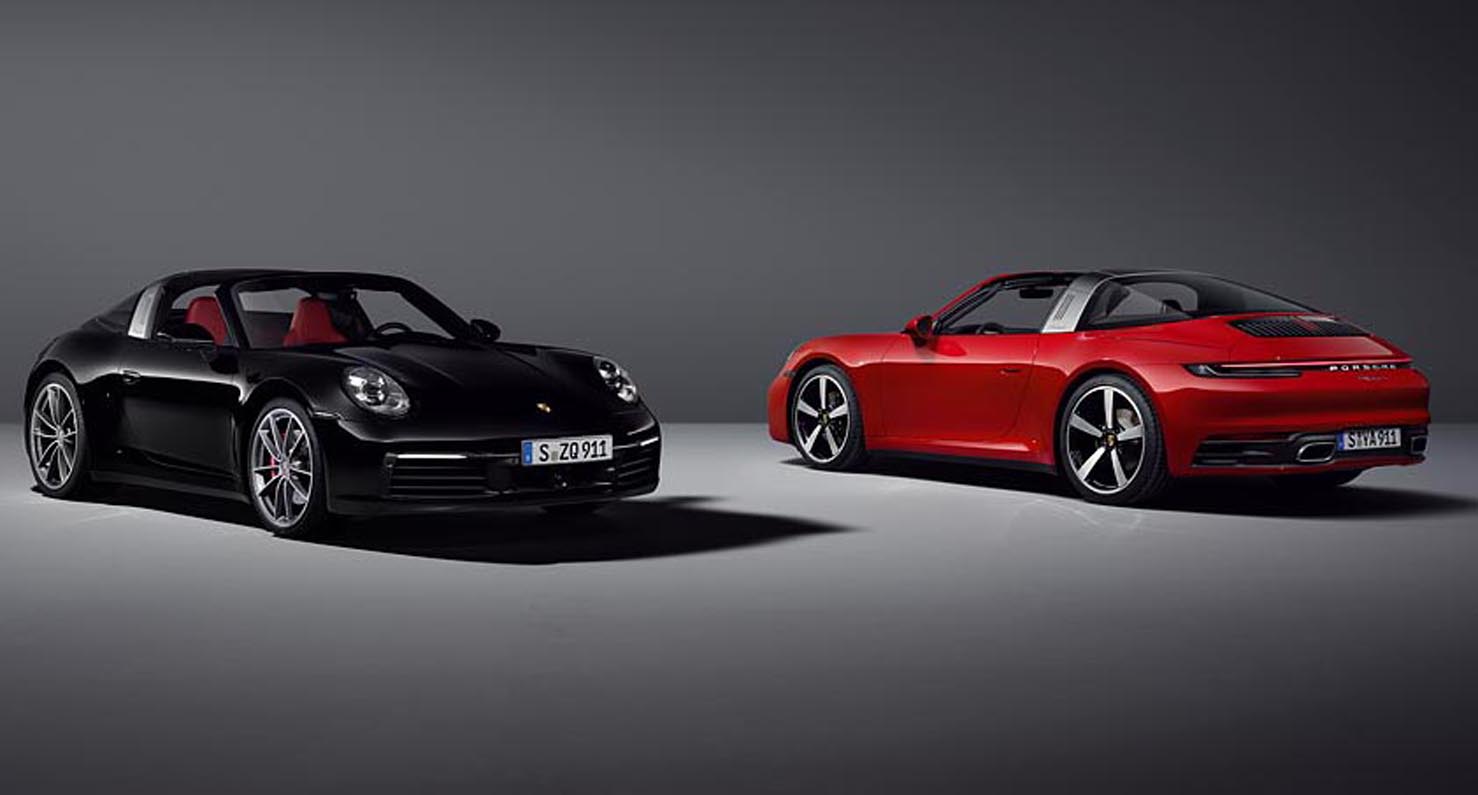 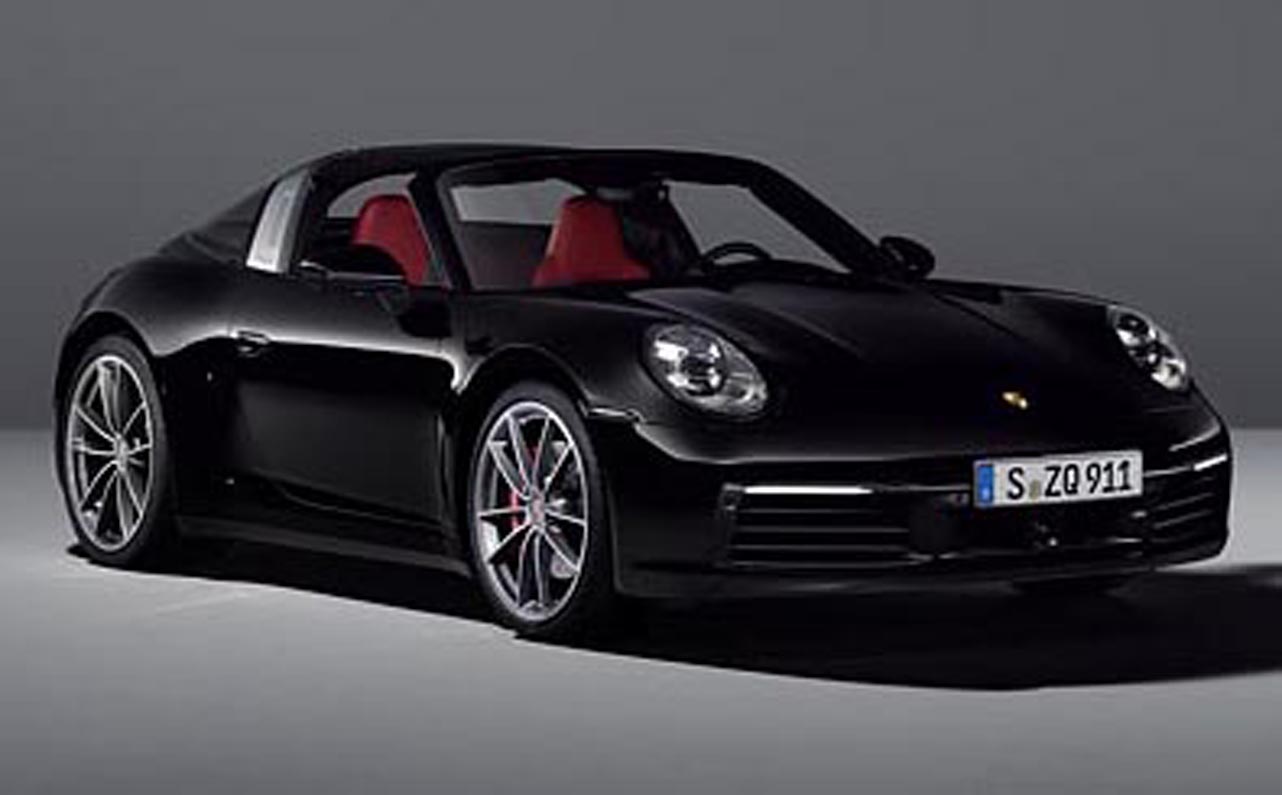 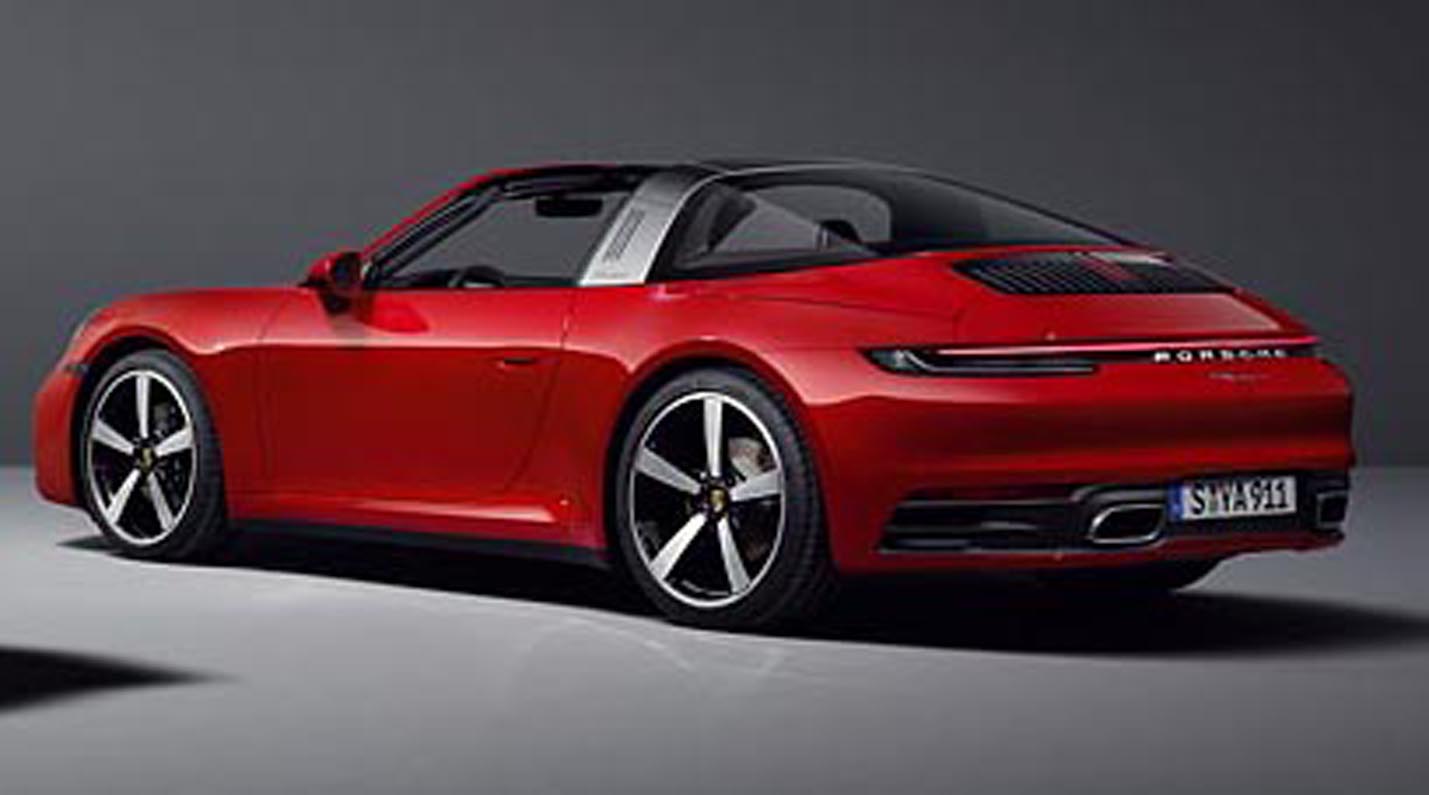 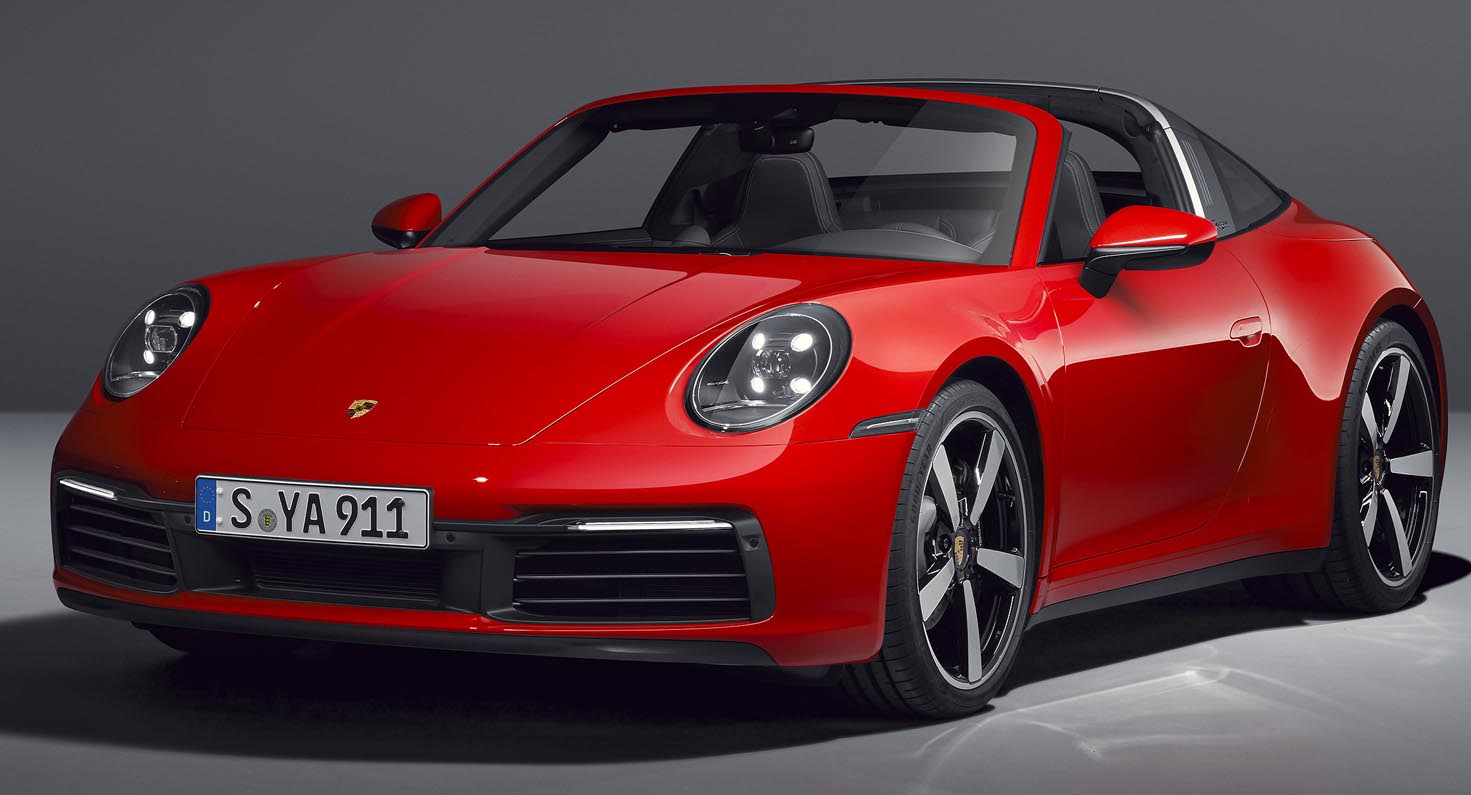 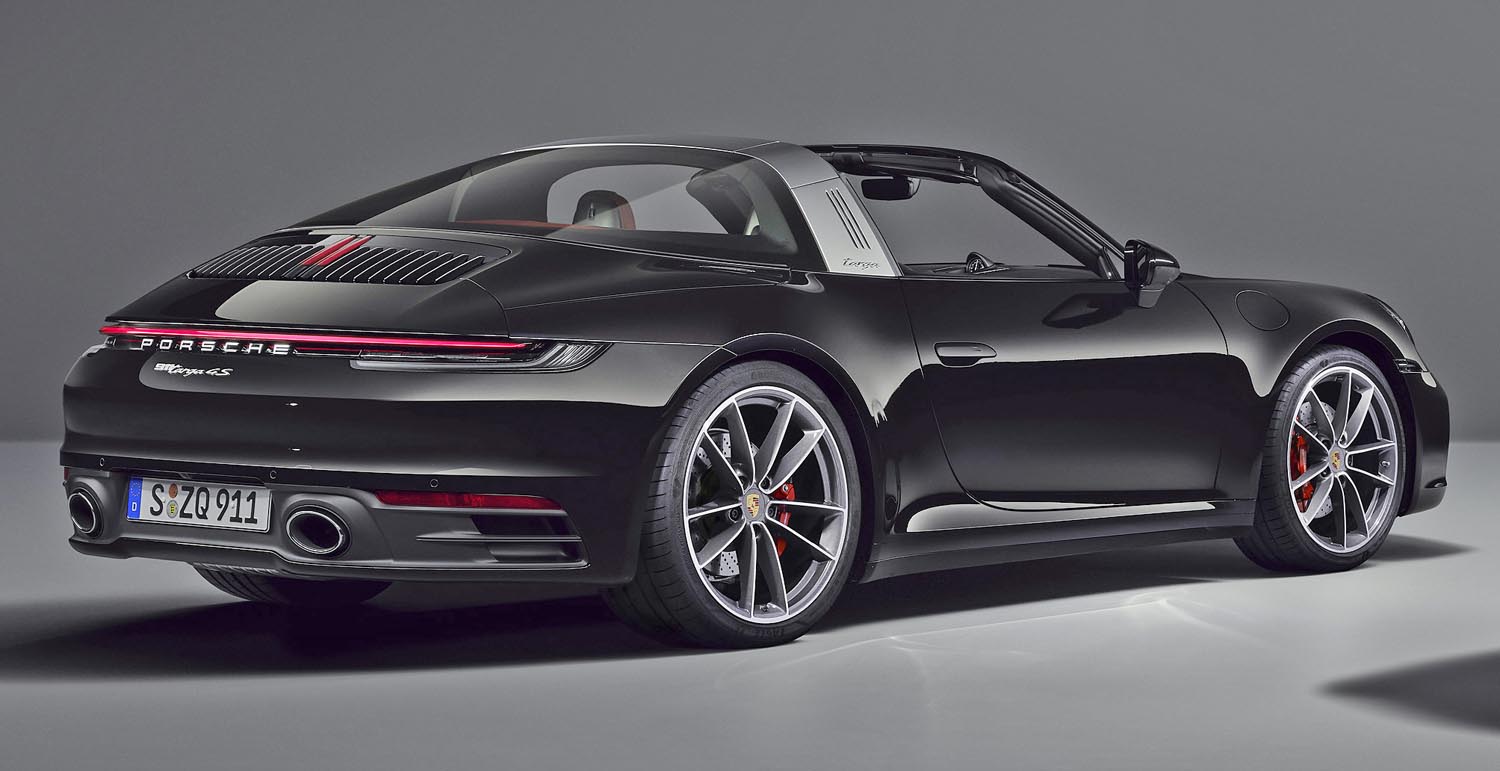 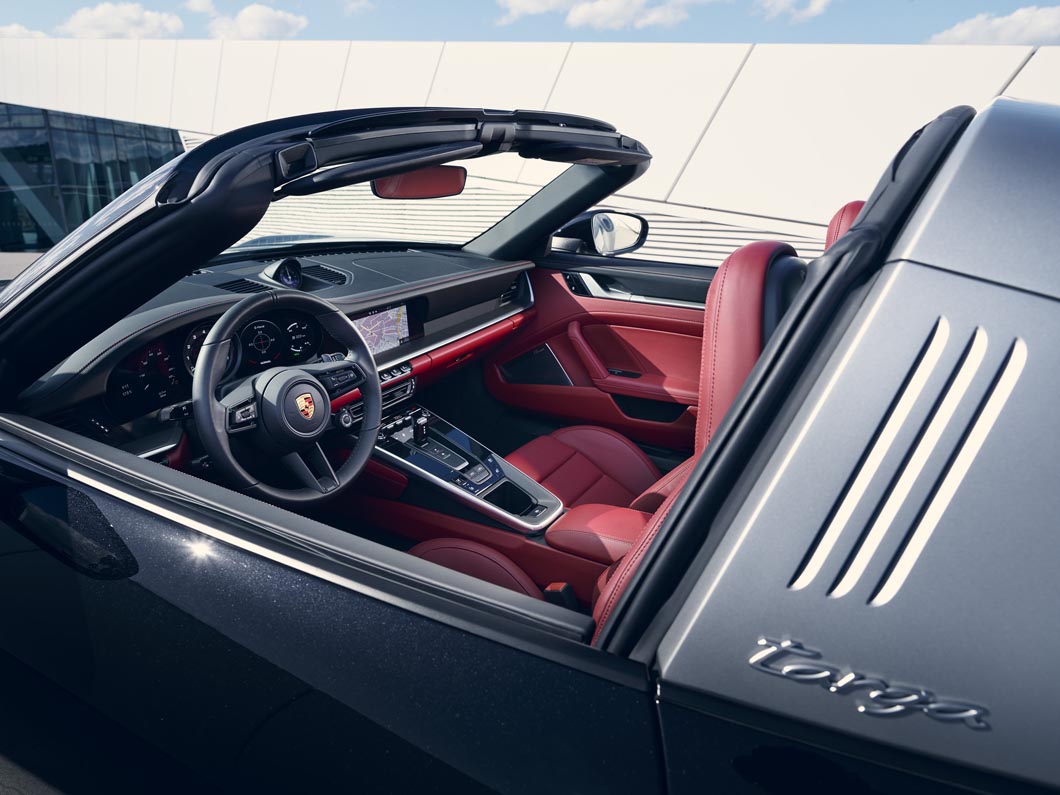 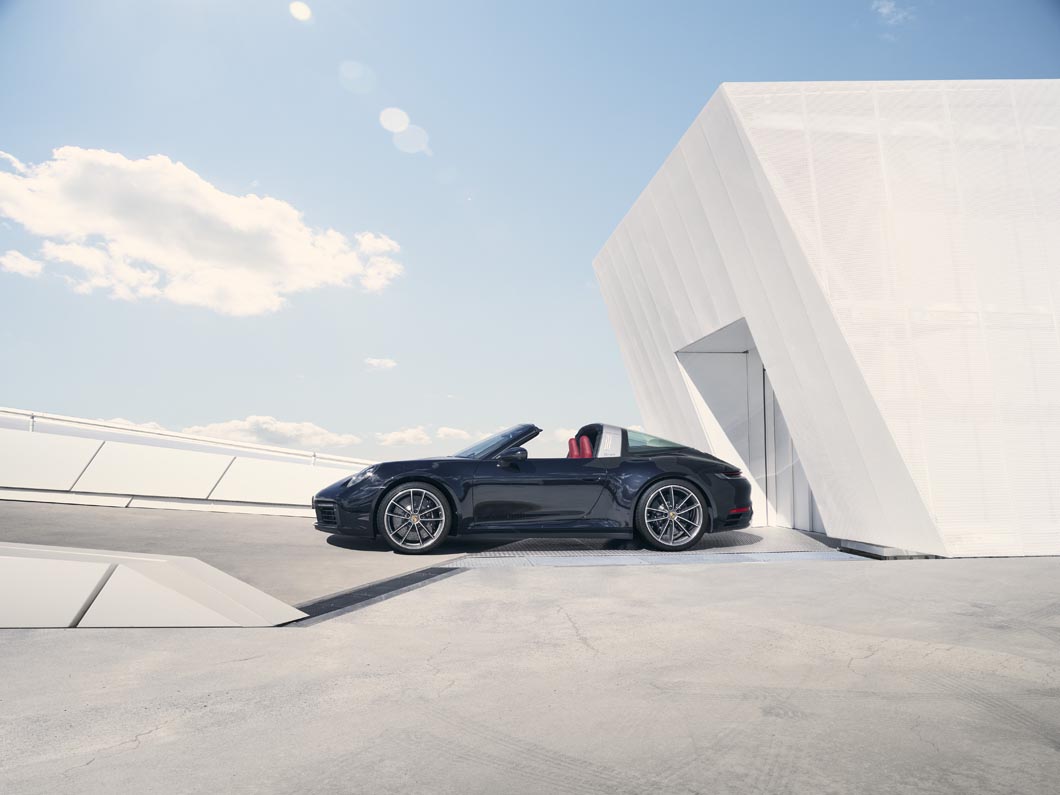 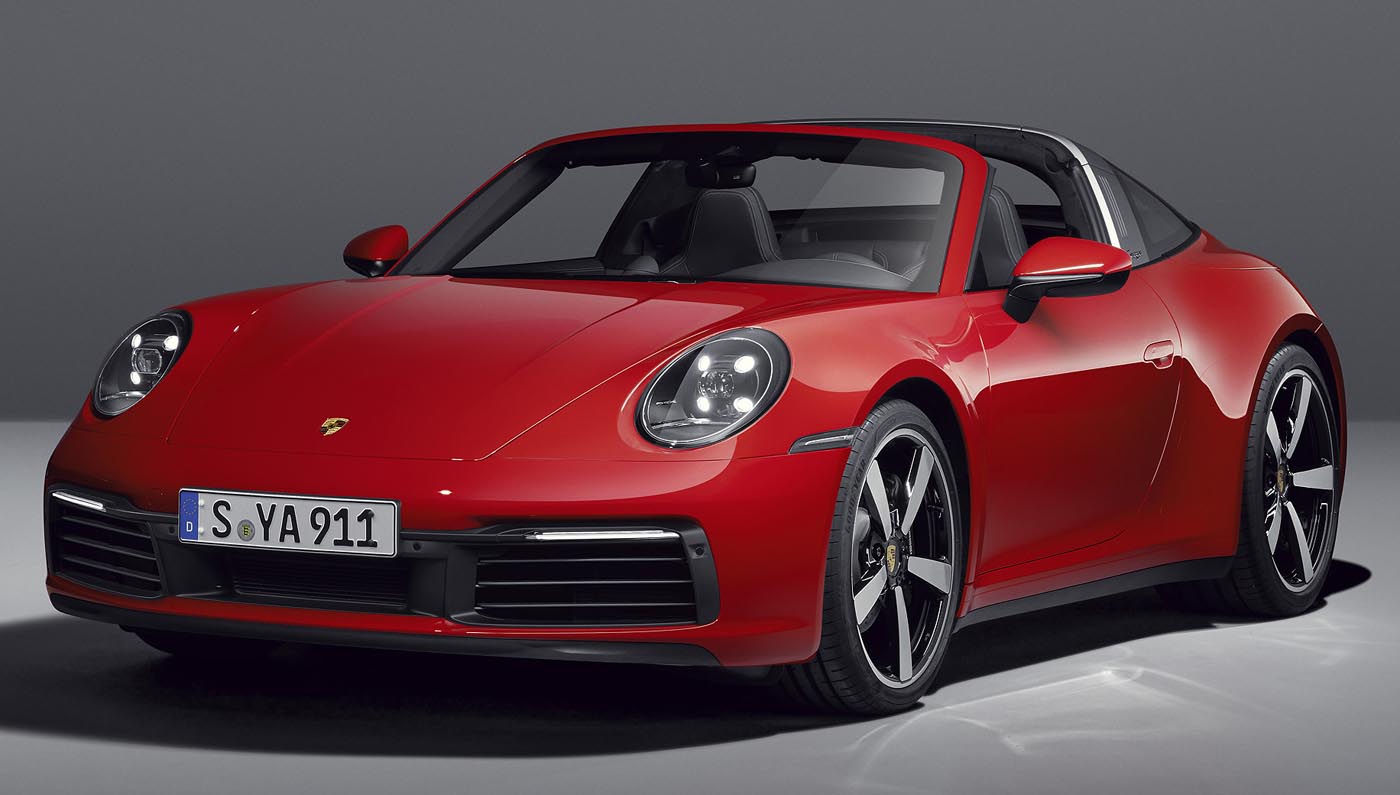 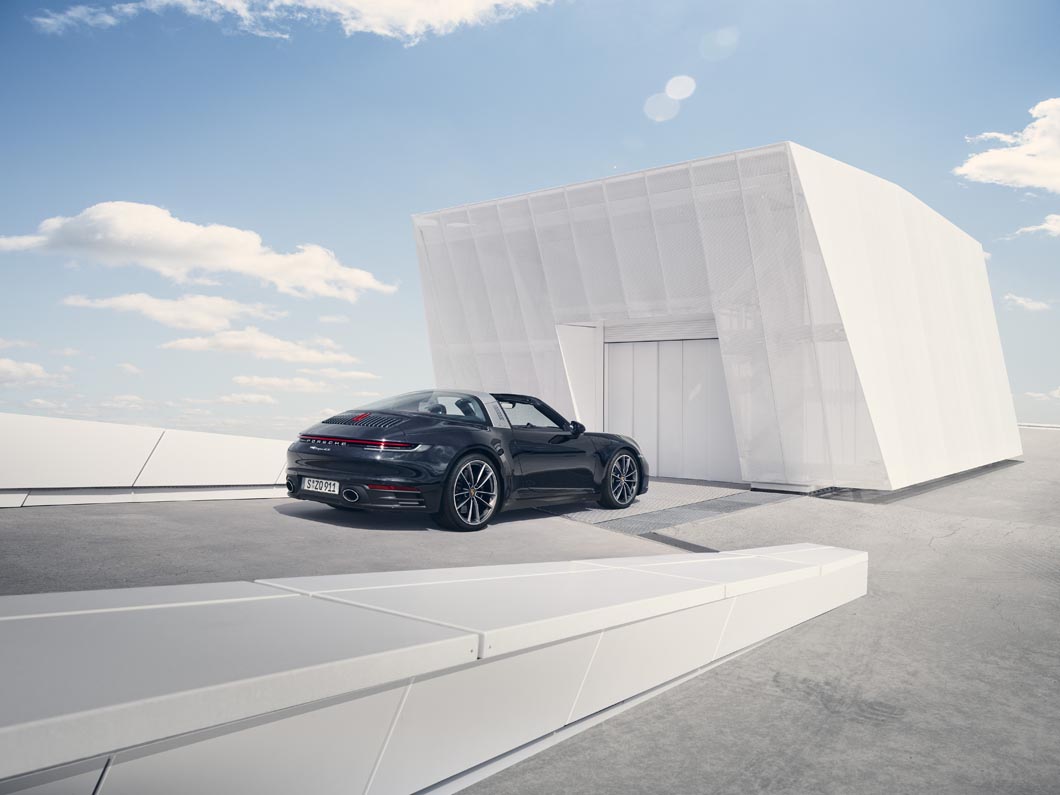 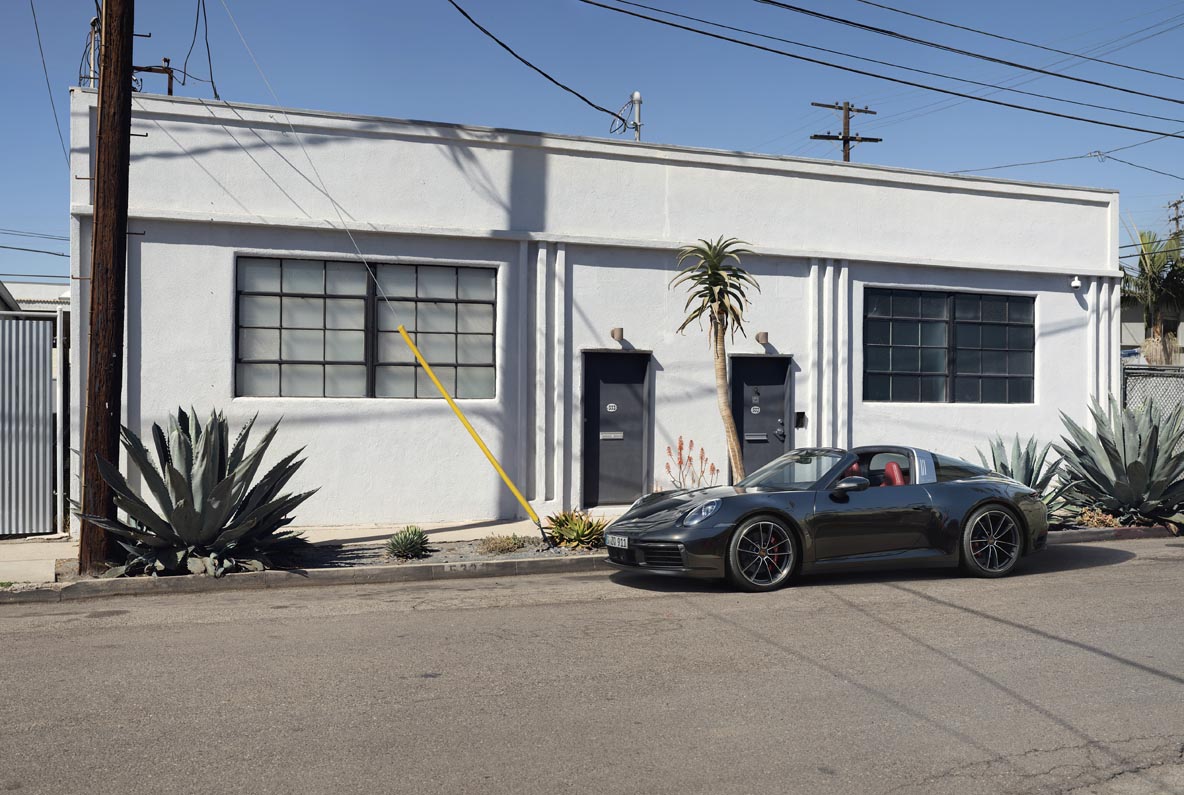 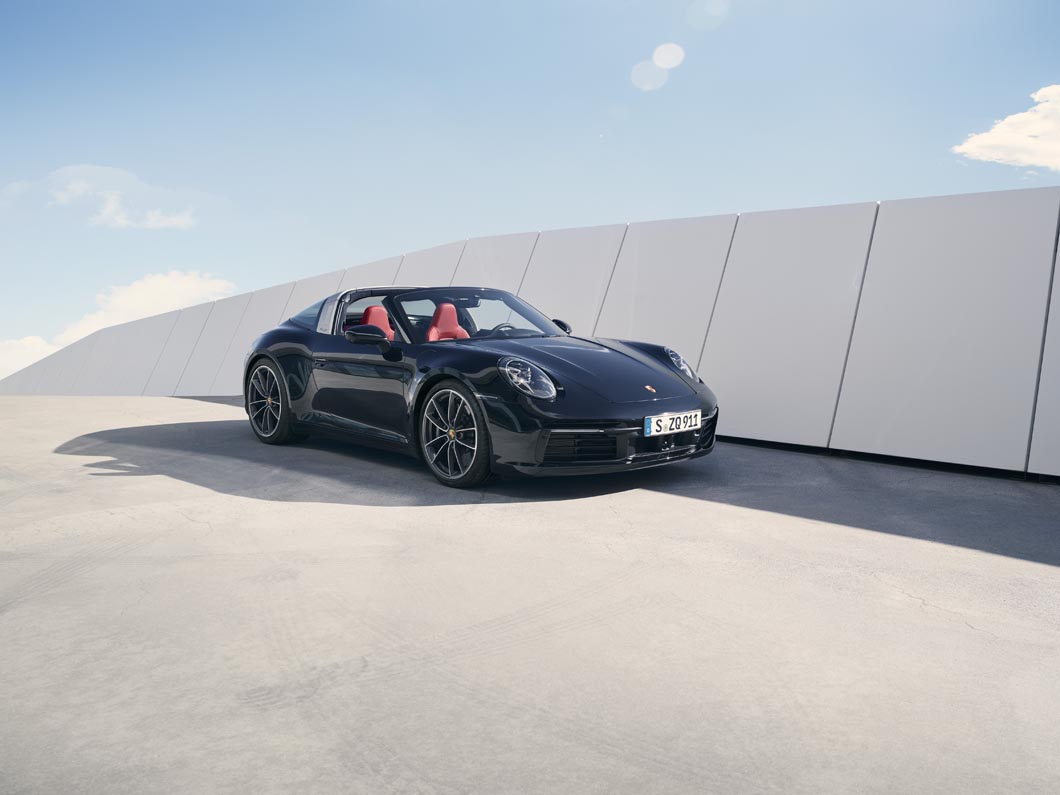