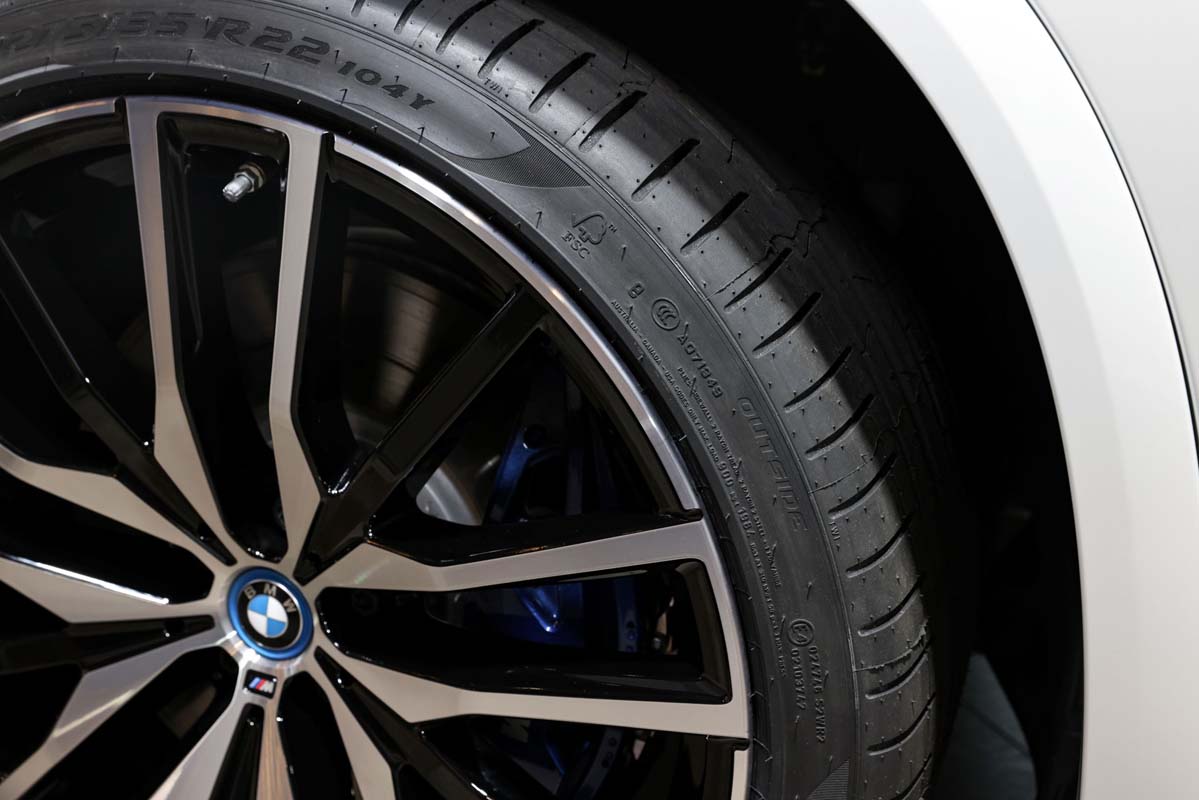 The world’s leading carmakers at the 2021 International IAA Mobility Show in Munich have chosen Pirelli tyres for their most sustainable cars. Nearly one in three electric cars (29%) at the show and on the road in Munich use Pirelli P Zero or Scorpion tyres. With some of these tyres containing Elect technology, designed for cars with zero or low emissions, Pirelli’s Cinturato P7 tyres are also at the show on the BMW 320e hybrid and 3 Series models.
COMPLETING THE LOOK OF THE LATEST CAR MODELS
P Zero tyres with Elect markings are Ultra High Performance (UHP) tyres that combines Pirelli’s experience in motorsport with Elect; technology, chosen to equip cars such as the Porsche Taycan, Ford Mustang Mach-E GT, Polestar 1, BMW iX and the new Mercedes-Benz EQE, at the show in Munich. The P Zero Elect tyres are fitted on the concept car Audi Grandsphere Concept and Mercedes-Benz Concept EQG; as well as the new Mercedes-Benz EQB and Ford Mustang Mach-E 4X.
The models from the Scorpion family – tyres that are designed for SUVs and crossovers – are also showcased on other new releases in Munich, such as the Volkswagen ID.4 GTX and ID.5 GTX, the Volvo XC90 plug-in Hybrid and the Jaguar EV400 AWD, as well as the Mercedes-Benz EQCc 400 4matic AMG Line.
ELECT: MORE RANGE, QUIET, AND GRIP
Pirelli Elect tyres are characterised by a package of specific technologies for electric and plug-in hybrid cars: low rolling resistance to increase range, decreased road noise to improve comfort, immediate grip to deal with instant torque, and the right structure to support the weight of a battery-powered vehicle. These have been developed by Pirelli together with the world’s leading carmakers to meet the specialised technical demands of electric and plug-in hybrid vehicles according to Pirelli’s ‘perfect fit’ philosophy, with a specific compound, structure and tread pattern design for each car.
THE WORLD’S FIRST SET OF FSC-CERTIFIED TYRES
The world’s first Forest Stewardship Council (FSC) certified tyres on show for the first time, the Pirelli P Zero tyres which contain FSC-certified* natural rubber and rayon are fitted on new BMW iX5 Hydrogen and BMW X5 xDrive45e Plug-In Hybrid. FSC forest management certification confirms that plantations are managed in a way that preserves biological diversity and benefits the lives of local people and workers, while ensuring it sustains economic viability. The complex FSC chain of custody certification process verifies that FSC-certified material has been identified and separated from non-certified material as it makes its way along the supply chain, from the plantations to the tyre manufacturer. 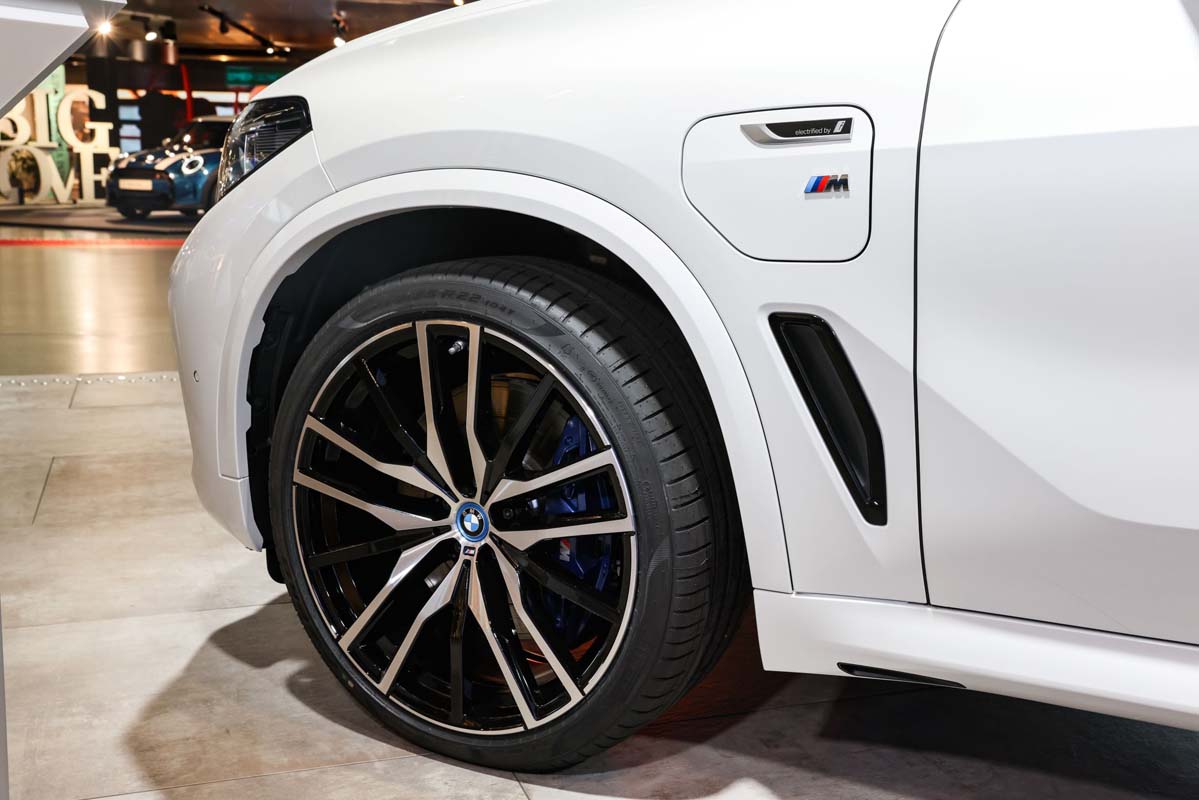 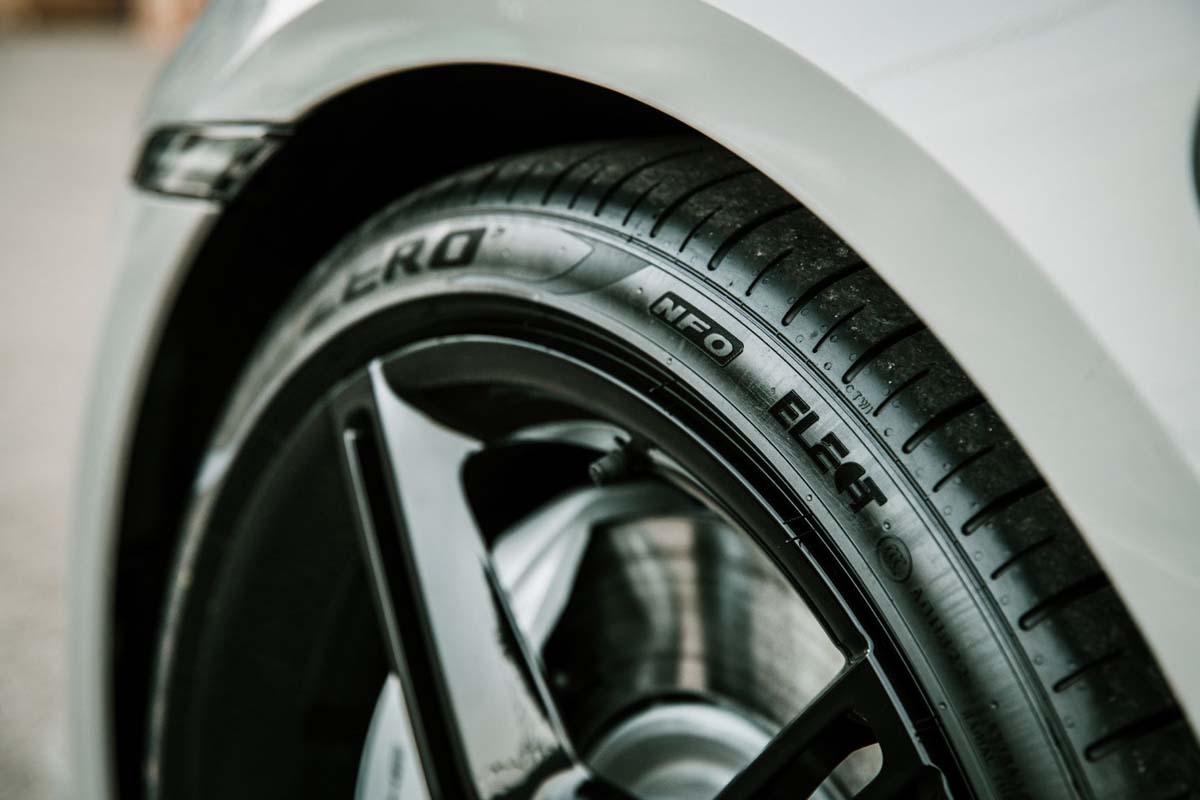