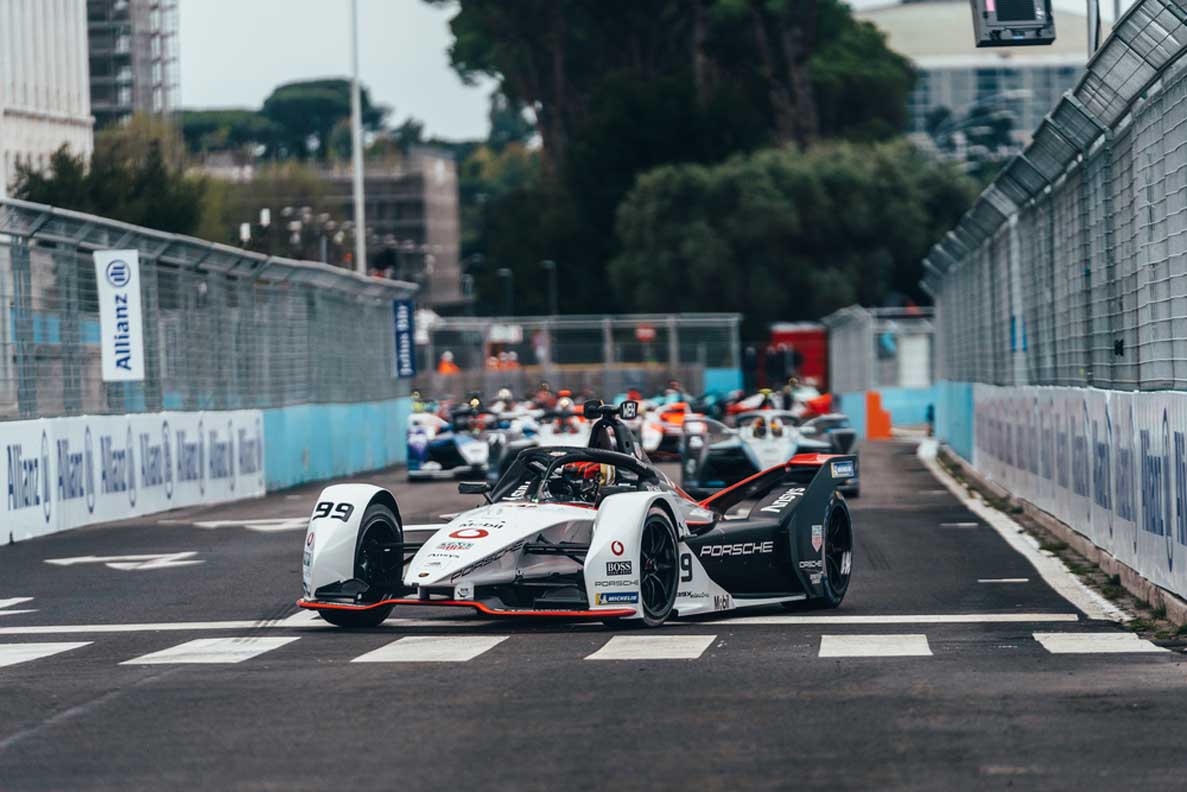 The No. 99 Porsche 99X Electric driver, Pascal Wehrlein claimed third place in an exciting Rome E-Prix on Sunday, the fourth round of the 2021 ABB FIA Formula E World Championship, to give the TAG Heuer Porsche Formula E Team its first podium of the season.

After two spectacular night races in Diriyah, Saudi Arabia, the ABB FIA Formula E World Championship headed to Rome for Rounds Three and Four for its second doubleheader of the year.

This was the first time Porsche has raced on the 3.385 km track which runs through the Esposizione Universale di Roma district and past landmarks including the Palazzo dei Congressi and the Piazzale Marconi, along the Via Cristoforo Colombo.

Amiel Lindesay, Head of Formula E Operations for the TAG Heuer Porsche Formula E Team remained cautious before the start: “We can’t forget that although this is our second season, we’ve only contested six events so far. The competition in this hotly contested world championship is super tight.”

Round 3
In the first of the two races, driver of the No. 36 Porsche 99X Electric, André Lotterer showed the car’s potential by securing a spot on the front row with second in qualifying.

In the race, Lotterer made a move for the lead on the opening lap but was caught in a collision with the leader and while he was able to continue, was issued a five-second time penalty that dropped him back to 14th despite crossing the line in ninth. Teammate Wehrlein finished seventh earning more valuable points in a race marked by numerous lead changes and collisions after starting and finishing behind the Safety Car.

André Lotterer, Porsche works driver (#36): “I was optimistic for the race. I was behind the leader on Lap One when he braked early for turn seven. I wanted to get past on the inside but he saw me and we made contact.”

Pascal Wehrlein, Porsche works driver (#99): “I finished in the points again which is a positive. Still, the result doesn’t feel that good. We could’ve finished on the podium but it’s great that we’re again driving on a typical Formula E street circuit.”

Amiel Lindesay, Head of Operations Formula E: “André’s qualifying was good to start from P2 and he did a mega job in the first lap. He saw an opportunity to pass the pole sitter on the inside and went for it. The leader then closed the gap and they had nowhere to go, resulting in a collision.”

Round 4
For the second race, Wehrlein impressed during qualifying by setting the third fastest time which paid dividends as the race started when he quickly moved into second position and then briefly took the lead. However luck was not on his side as he opted for Attack Mode, giving him a limited-time power boost, just as the safety car was deployed to suspend the race to clear debris from an accident.

He lost another position at the restart and although crossed the line in fourth place, his luck returned as the third-placed driver was given a post-race time penalty which promoted Wehrlein onto the podium in only his fourth race for Porsche.

Pascal Wehrlein: “That was a good day for Porsche and me. To climb on to the podium at the fourth race of the season is a great result. We’re on the right track and I hope that by Valencia we can take another step forward.”

Lotterer had a qualifying penalty and was sent to the rear of the grid, so the team took the opportunity to replace his powertrain and accept a 10-second stop-and-go penalty in the race.

André Lotterer: “Like in Diriyah, that was a tough weekend for me with no points. Nevertheless, I think we’ve again underlined our potential and Pascal’s podium has motivated the whole team.”

Amiel Lindesay: “We’re thrilled about our first podium of the season. That was a positive surprise at the finish. The conditions weren’t easy but we were strong. Today we were close. Pascal’s third place is a result on which we can build for the next doubleheader in Valencia.”

Rounds Five and Six of the ABB FIA Formula E World Championship will be held in Valencia on April 24 and 25. 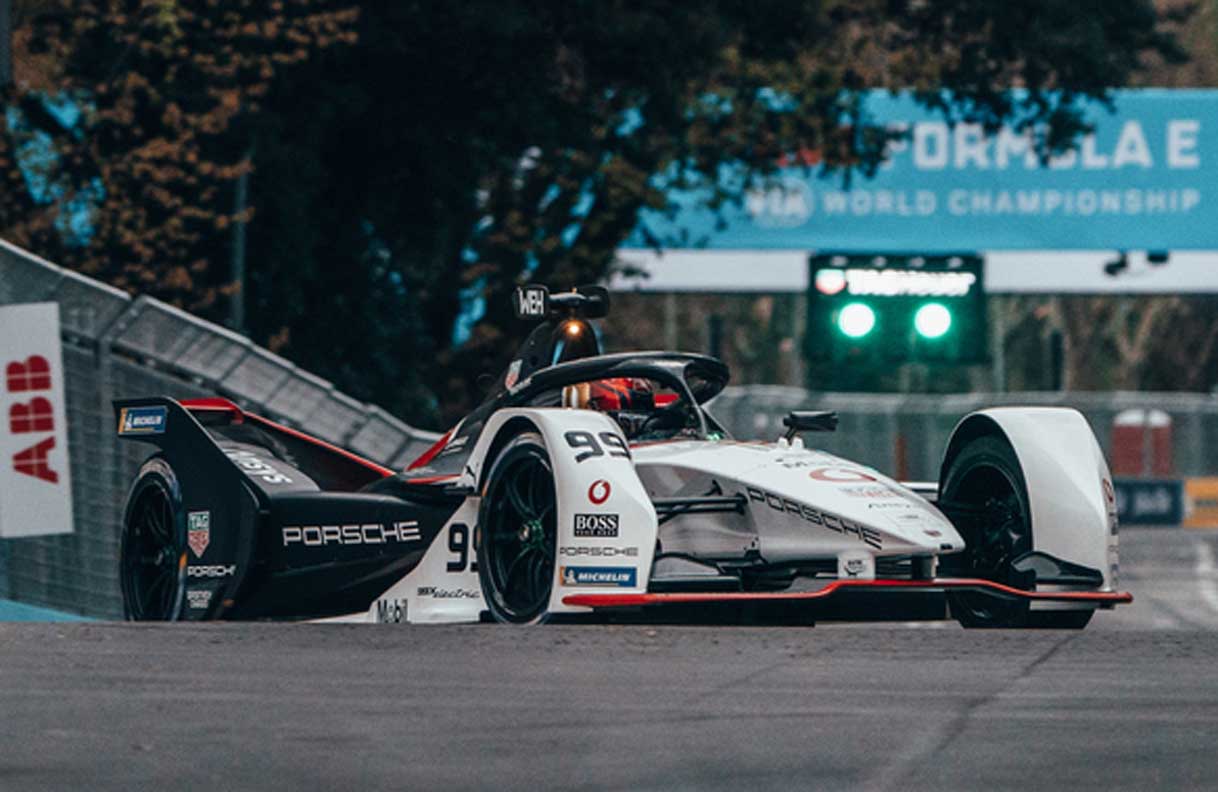 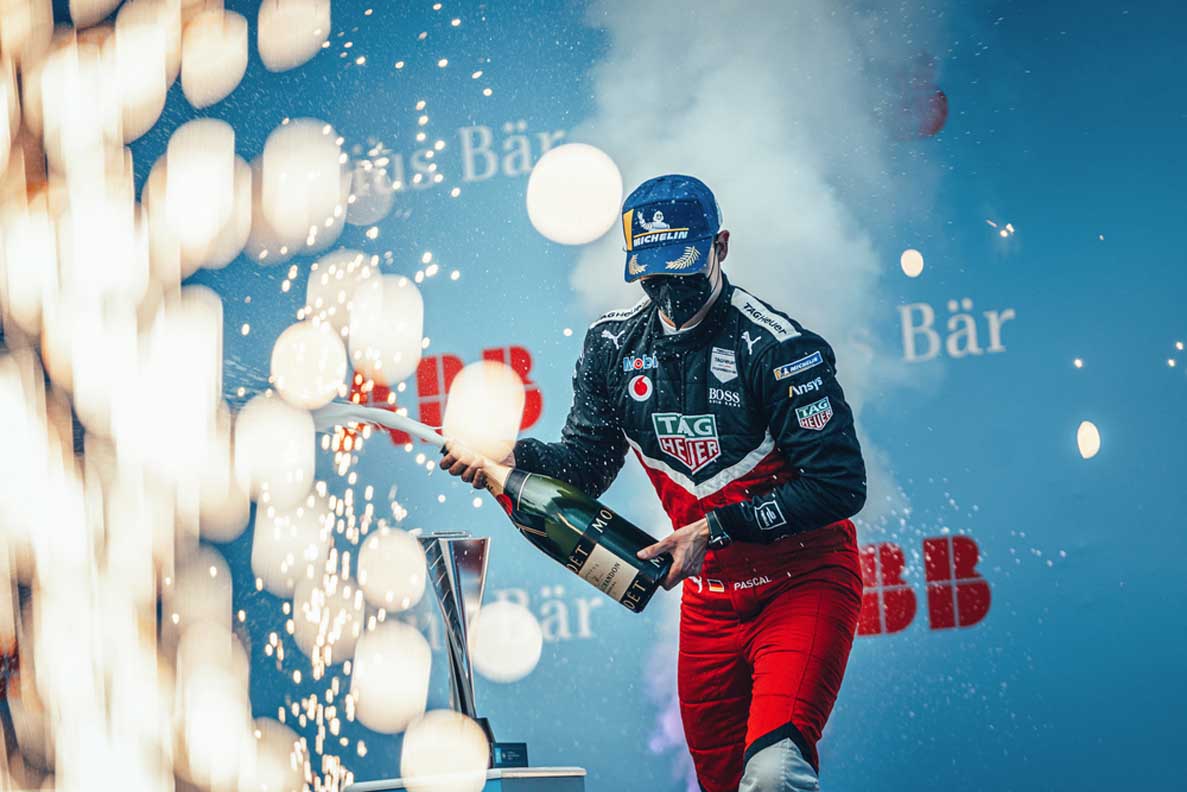 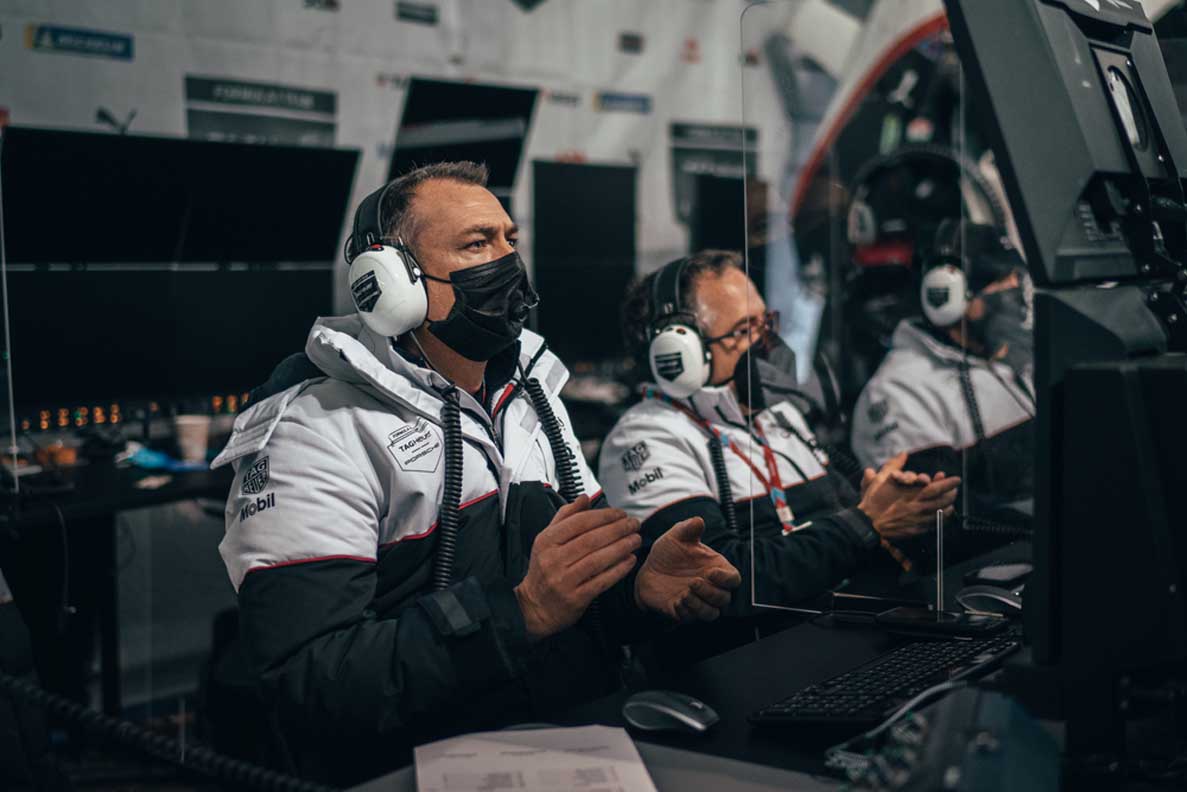 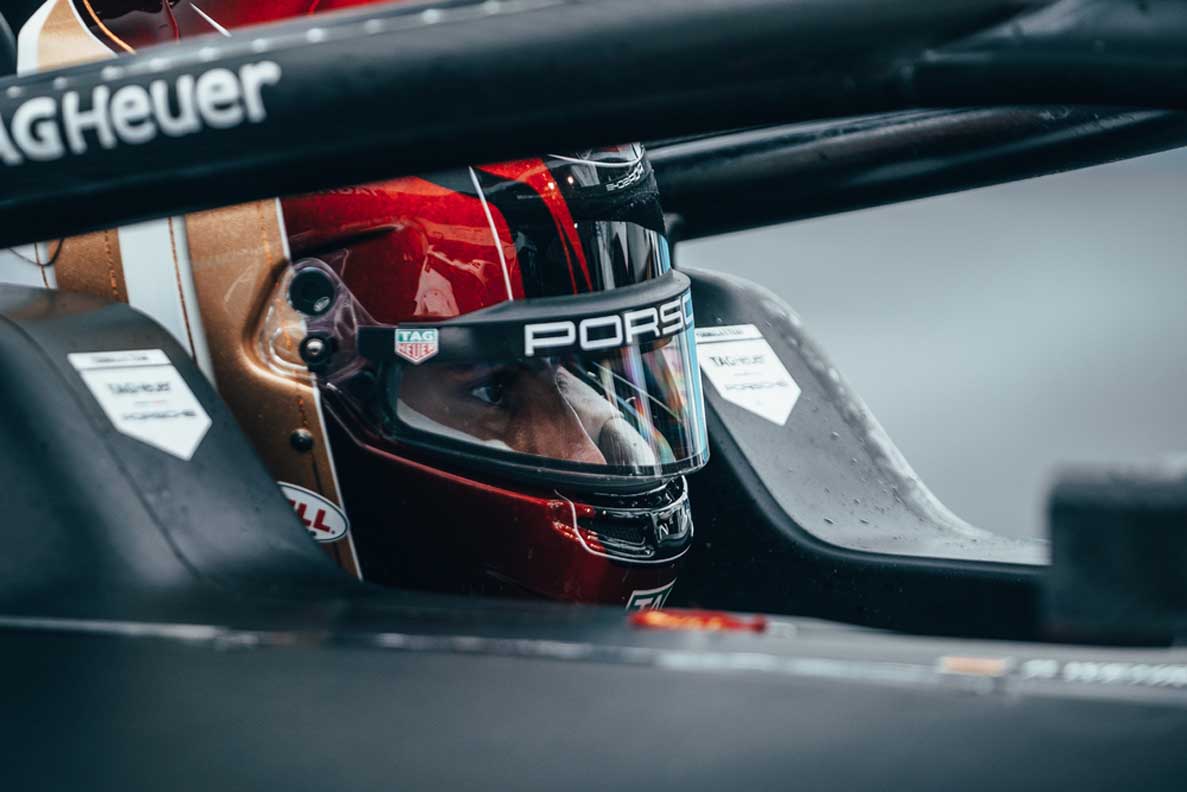 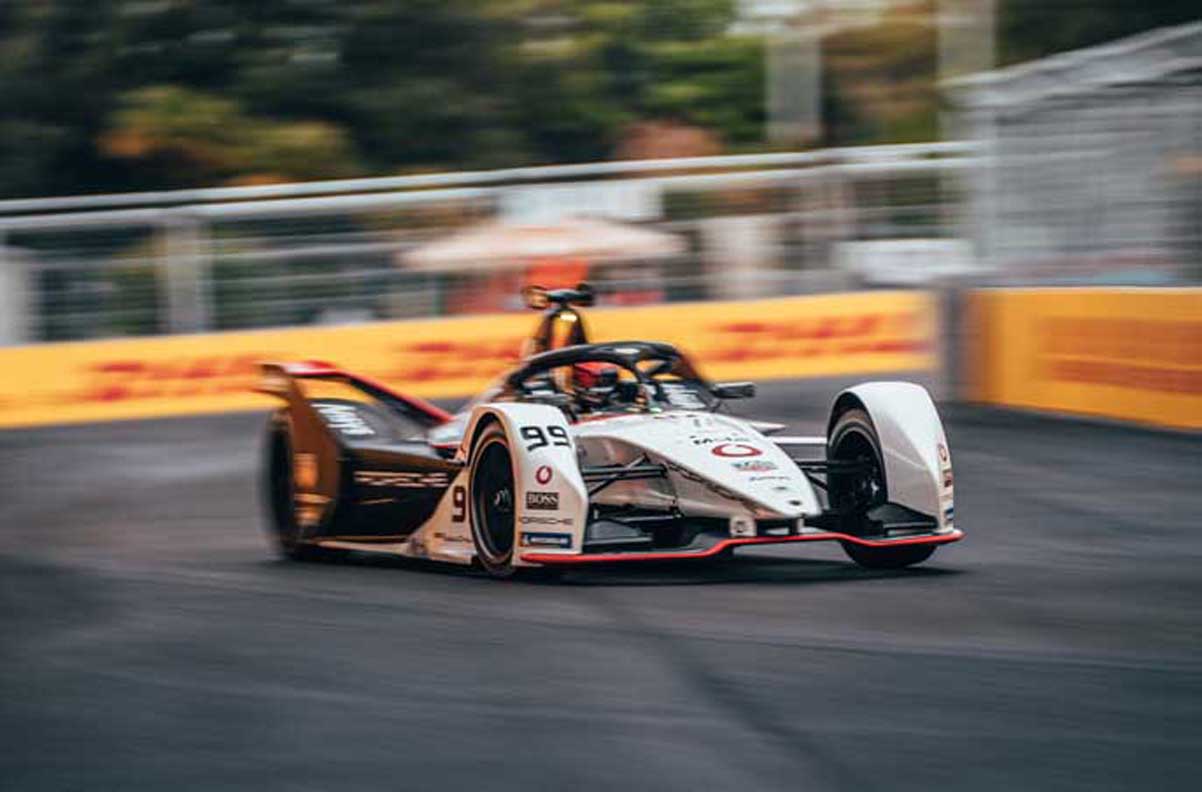 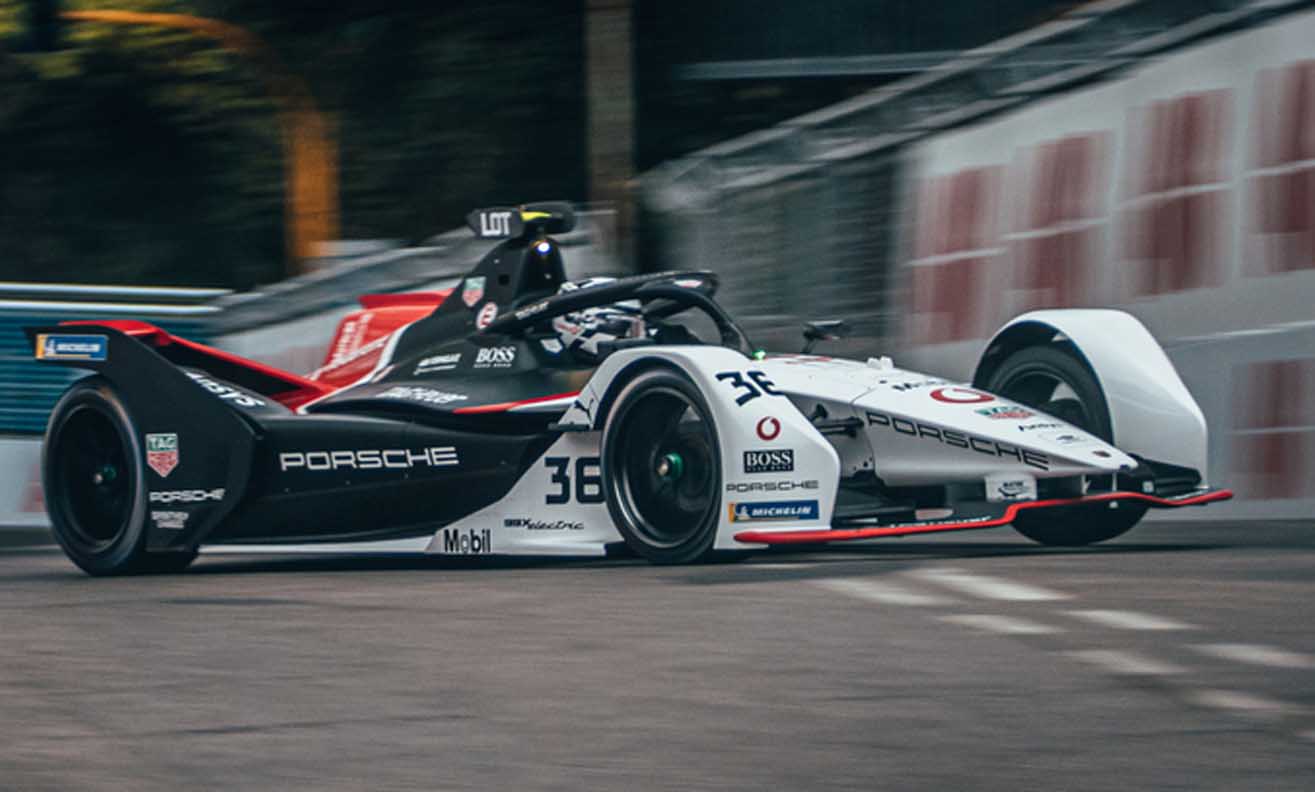 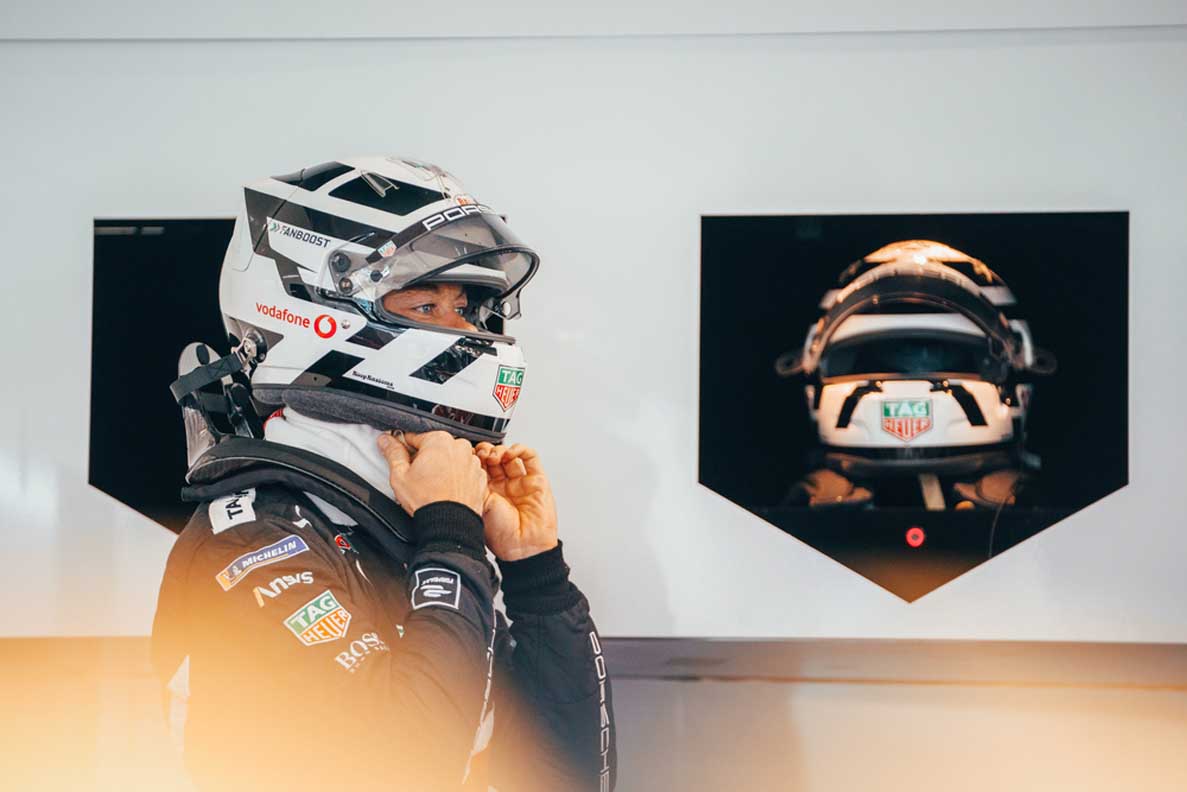 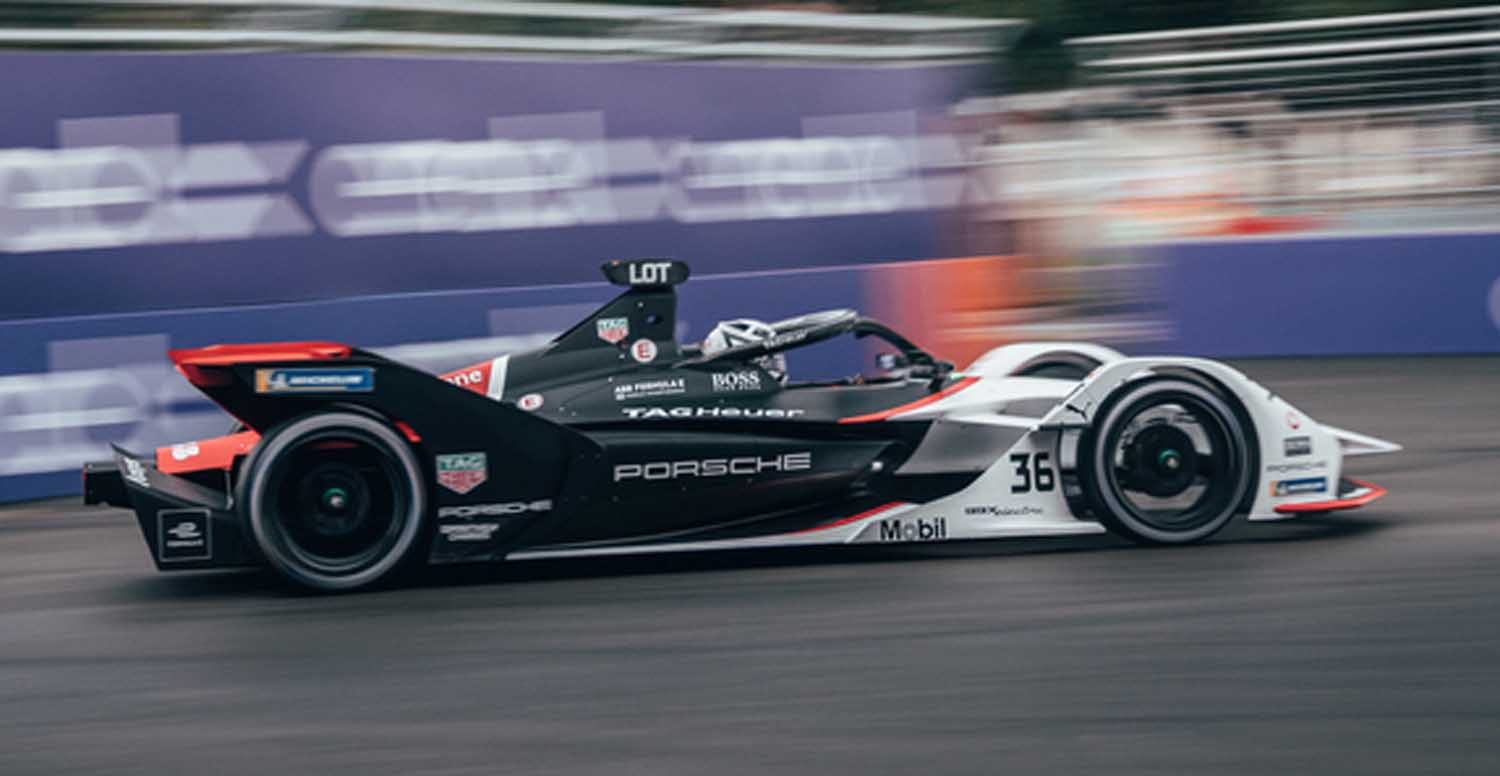 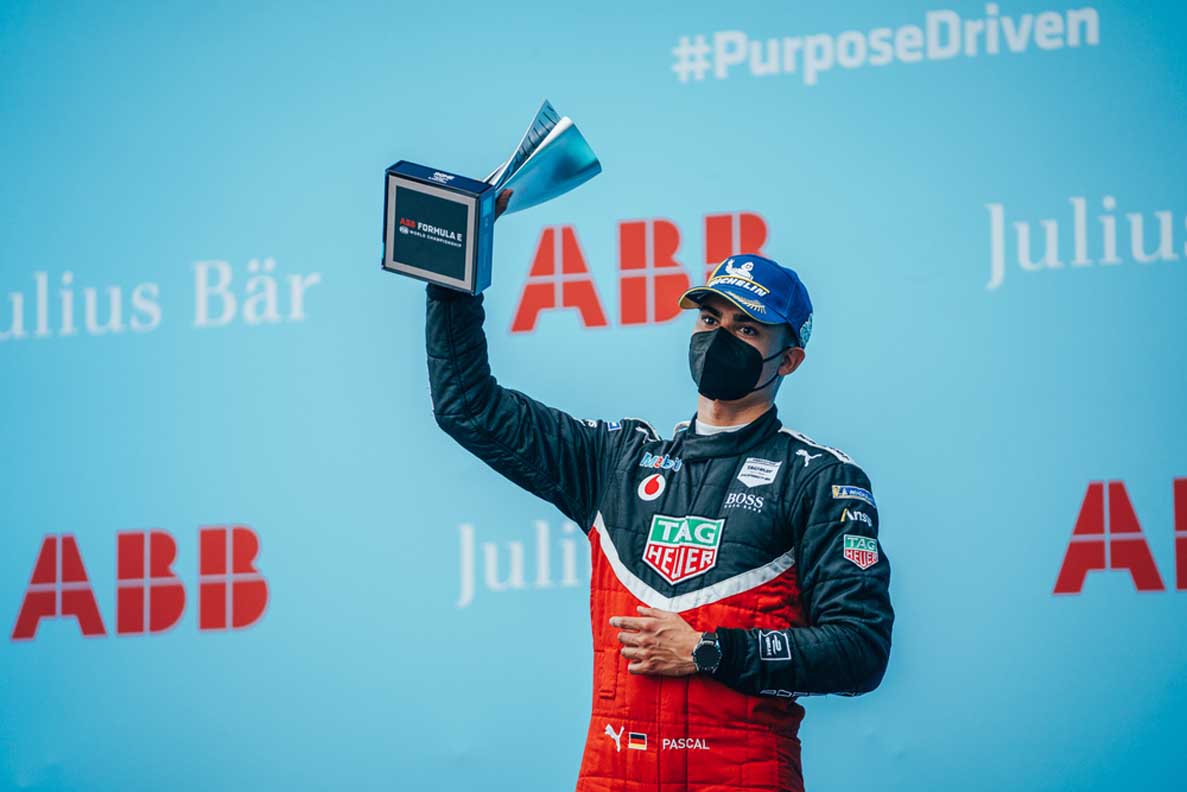 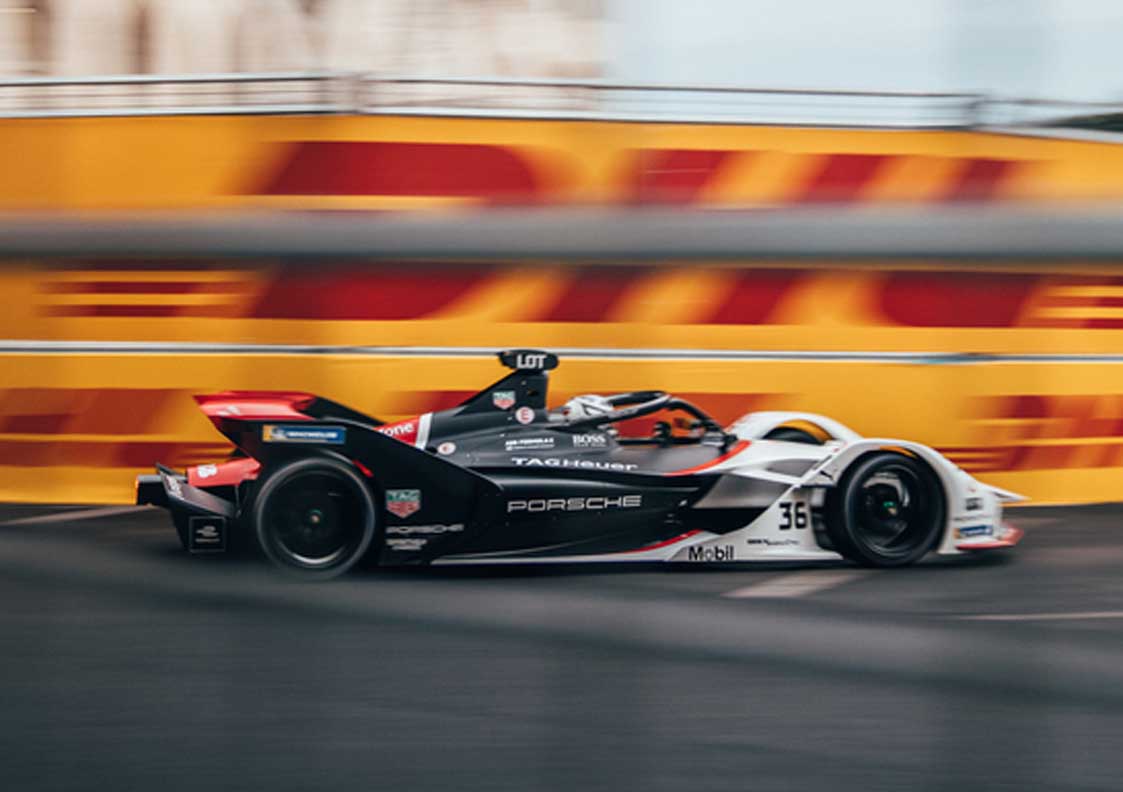 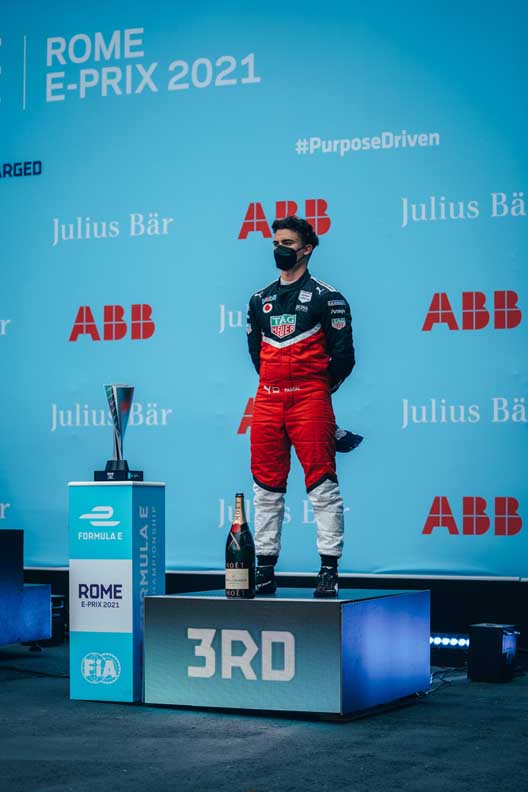 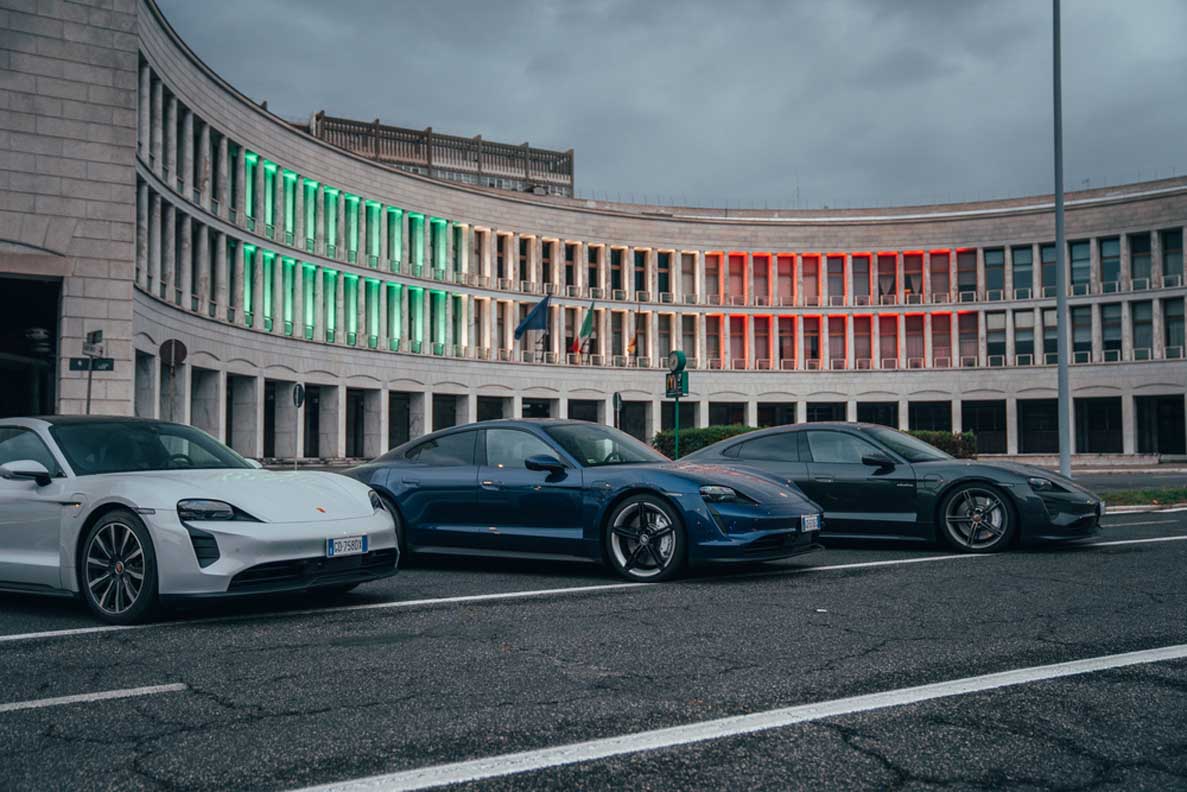