The London Concours (www.londonconcours.co.uk), presented by Montres Breguet, has revealed the latest impeccable class from this summer’s must-do event: Coachbuilt & Concepts. Renowned for assembling the most stunning line-up of classic and collector machinery, for 2022’s Concours the grounds of the Honourable Artillery Company will provide a backdrop for one-off concept cars, prototypes that never made it into production and unique customer commissions.

Taking place over three days from June 28-30, the London Concours will once again unveil a brilliant array of rare cars in the heart of The City, in an unparalleled show of automotive indulgence. The Coachbuilt & Concepts class is focused on the unique projects – either by design or by circumstance – that continue to captivate the automotive world decades after they first appeared.

Among the eclectic gathering of rare and exclusive exhibits in the class will be a 1954 Alfa Romeo 1900 CSS. Raced with great success in-period by Joakim ‘Jo’ Bonnier, this lovely two-tone machine was bodied by Zagato specifically for racing, and was one of a select few bespoke examples of Alfa’s first production-line car. The Italian styling house was long famed for producing light, aircraft-inspired coachwork, and the 1975cc CSS is a prime example of its sublime craft.

The HAC’s legendary grounds will also host a unique 1974 Lotus Elan Shooting Brake, known as the Estralle. The Mediterranean Blue car originally started life as a 1974 +2S 130/5 coupé, and in more recent times Lotus specialist Paul Matty Sports Cars was approached to oversee the project of making it into an estate car of the kind originally sketched by Lotus designer Ron Hickman but which never reached factory production. Shapecraft, which was famous for producing fastback versions of the Elan in the 1960s, fabricated the aluminium roof to bond to the glassfibre body, while the glass windows were specially made by Pilkington. Three years of bespoke design and fabrication went into the creation of this one-off wagon – and the hard work and ingenuity certainly show in the finished car’s superb quality and clean lines.

The words Rolls-Royce and ‘pick-up’ rarely go together, but when one particular classic motorsport enthusiast was looking for the ultimate Goodwood Revival towing car, there was only one solution. Clark & Carter in Essex were tasked with transforming a 1967 Rolls-Royce Silver Shadow into an elegant pick-up. In fact, the example they were given had already been shoddily converted but to attain the quality they wanted, they practically had to start again. The result is befitting of the original car’s intentions, with hand-crafted detail applied throughout and fun flourishes like the ‘pick-up’ badging, created in a script mimicking the original Silver Shadow.

The Mercedes F200 Imagination was a concept study unveiled by Daimler Benz at the 1996 Paris Motor Show. Only two were built, and the example that will appear at the London Concours in all its sleek, futuristic glory is the only driving and working example. The German manufacturer’s aim was to showcase its latest innovations in control, design and comfort – many of which were to debut on the S-Class and CL-Class models eventually launched in 1999. The F200 prototype featured butterfly doors, video cameras in place of rear-view mirrors, voice recognition, electro-transparent glass in its panoramic roof and many other high-tech features that only now, more than two decades later, are prevalent in luxury cars. Of most interest are the ‘sidesticks’, via which either the driver or the front passenger could drive the car.

Of similar vintage is the 1998 Jaguar XK180 concept car, which was revealed at the 1998 Paris show after an incredibly short gestation period of only ten months, to coincide with the 50th anniversary of the iconic XK120. Created by the Special Vehicle Operations (SVO) workshop, the all-aluminium-bodied XK180 was based on a shortened XKR platform, and featured a 450bhp supercharged 4.0-litre V8 and new-for-the-era steering-wheel push-buttons to allow sequential gearchanges. The styling was developed under the direction of senior designer Keith Helfet, who saw the concept as a modern interpretation of the classic Jaguar themes seen in the Le Mans-winning D-type of the 1950s as well as the E-type of the 1960s. At the same time, the XK180 was a completely modern design, intended as a showcase of the marque’s technology for the new millennium.

A marque name with which few London Concours visitors will be familiar is Ronart, a Peterborough-based company founded in 1984 by Rona and Arthur Wolstenholme. Reputedly described by Jeremy Clarkson as “the best supercar to come out of the UK that no one has ever heard of”, Ronart’s 320bhp Mustang V8-powered Lightning went into limited production after some two dozen orders were taken upon the grand tourer’s debut at the 1999 London Motor Show. Complete with in-house-designed carbonfibre bodywork, a space-frame chassis and bespoke suspension, the Lightning was way ahead of its time. It also featured sat-nav with a multi-function colour screen, rear-view camera and integral cooling fans in its leather Recaro seats, while detachable roof panels transformed the car into an open-top cruiser. Sadly this high-quality, uncompromising car proved to be uneconomical to build, and so the production run ended in 2003 after just six Lightnings had been assembled. The model on show at the Concours was the fifth example built, and as the company demonstrator it was finished to the exacting specifications of Ronart’s chairman.

These coachbuilt classics – alongside their counterparts spanning decades from around the world from classes as diverse as Great British History, Japanese Jewels, Italian Spiders and Fins & Chrome – will be on display at the Honourable Artillery Company this summer, in the capital’s ultimate automotive extravaganza. Further exciting class announcements will follow soon, as we build towards the sixth edition of our unmissable event.

Andrew Evans, London Concours Director, said: “This class celebrates rarity and exclusivity by focusing on the unique projects and collaborations that captivate the car world. We have gathered an eclectic grouping of one-off concepts, prototypes and unique customer commissions that were created either by design or by circumstance, but which ultimately never made it into full-scale factory production. London Concours 2022 offers a special opportunity to see these machines in one place – and to dream about what might have been.”

He continued: “Guests to the HAC will be treated to an unprecedented array of cars, along with a decadent range of food and drink options, and a carefully curated line-up of luxury brands and boutiques. London Concours 2022 is set to be another occasion of total automotive indulgence.” 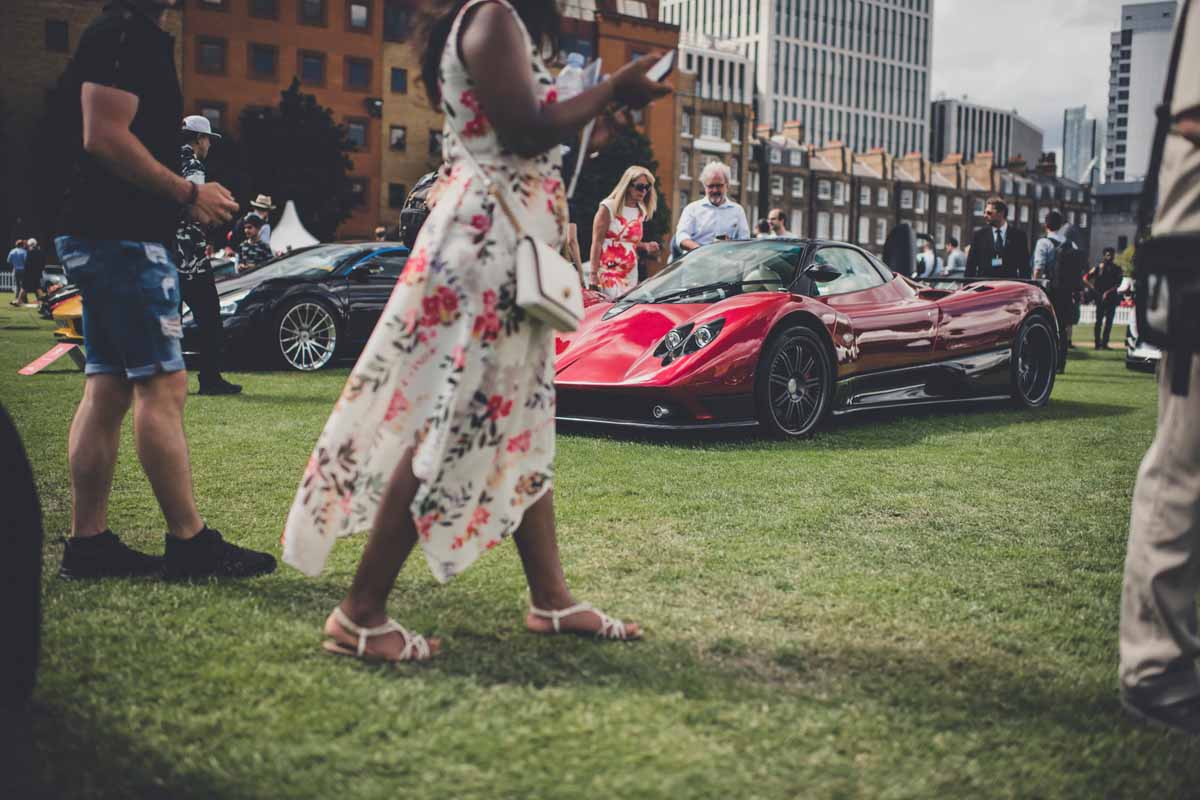 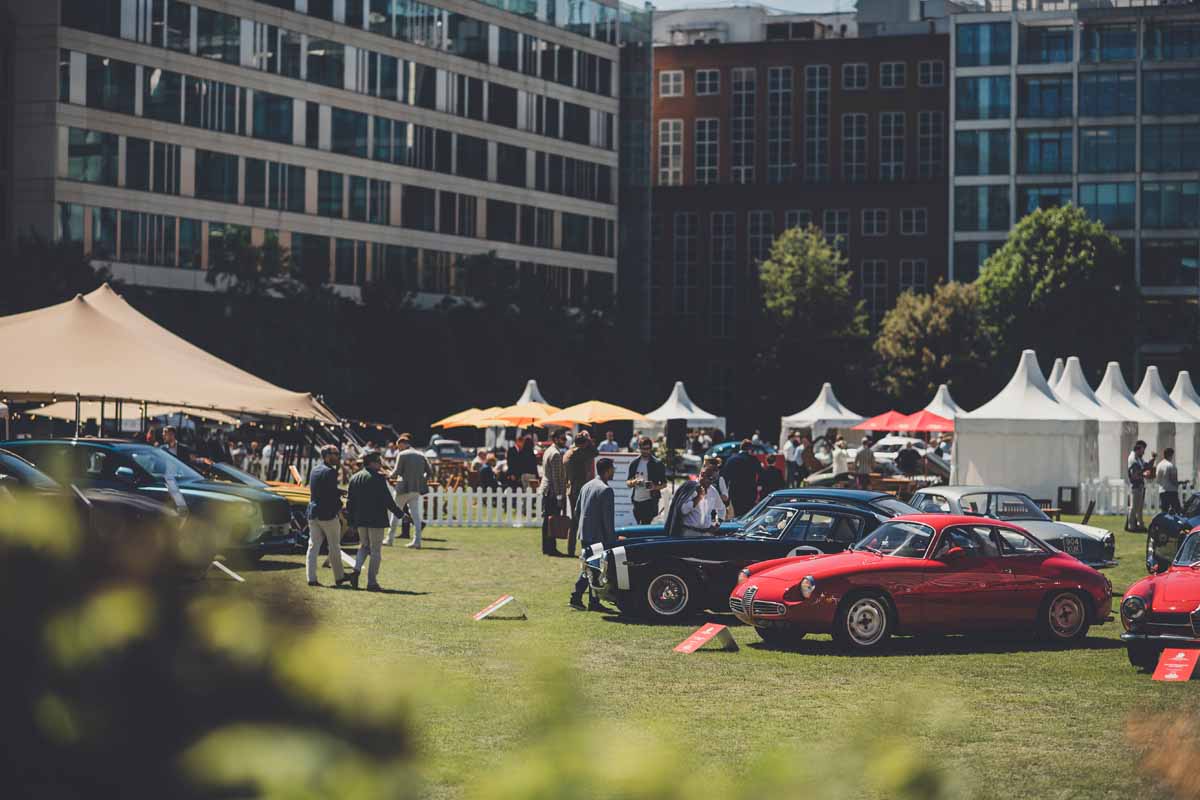 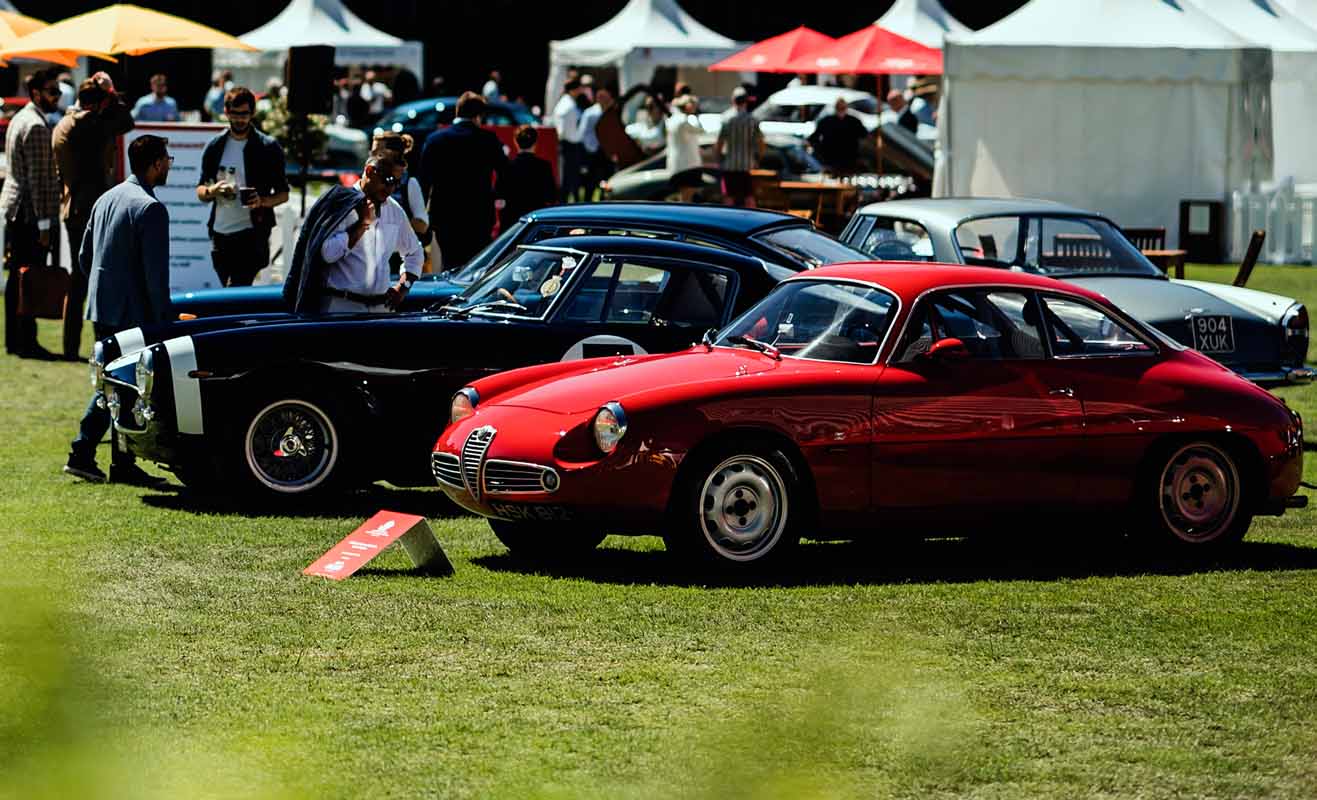 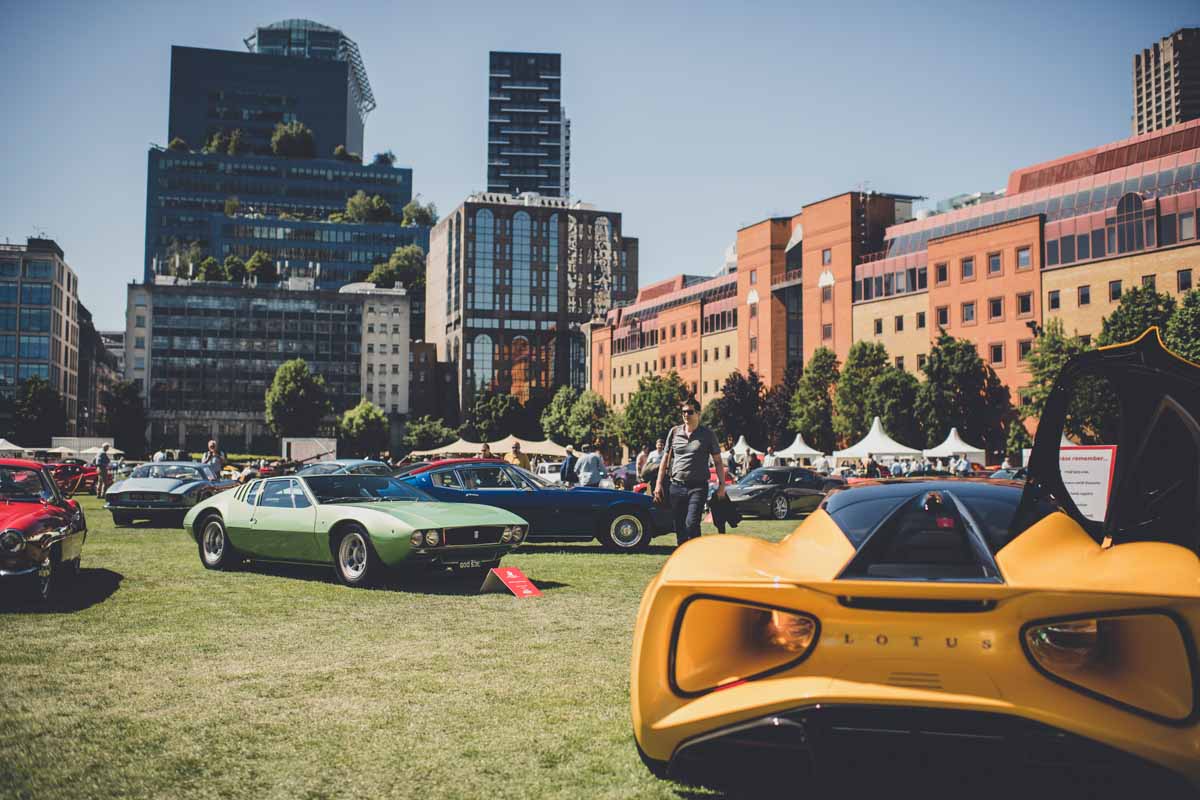 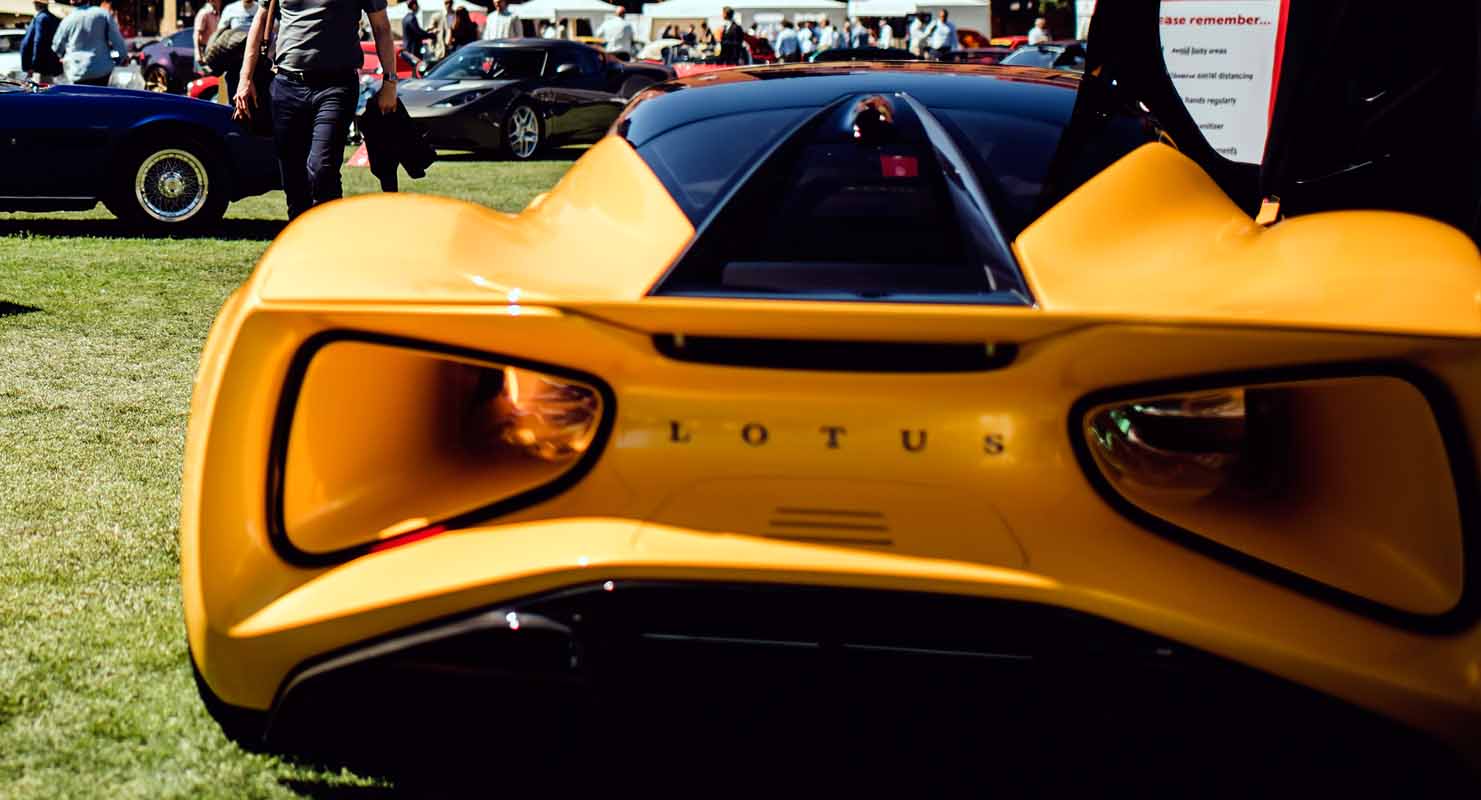 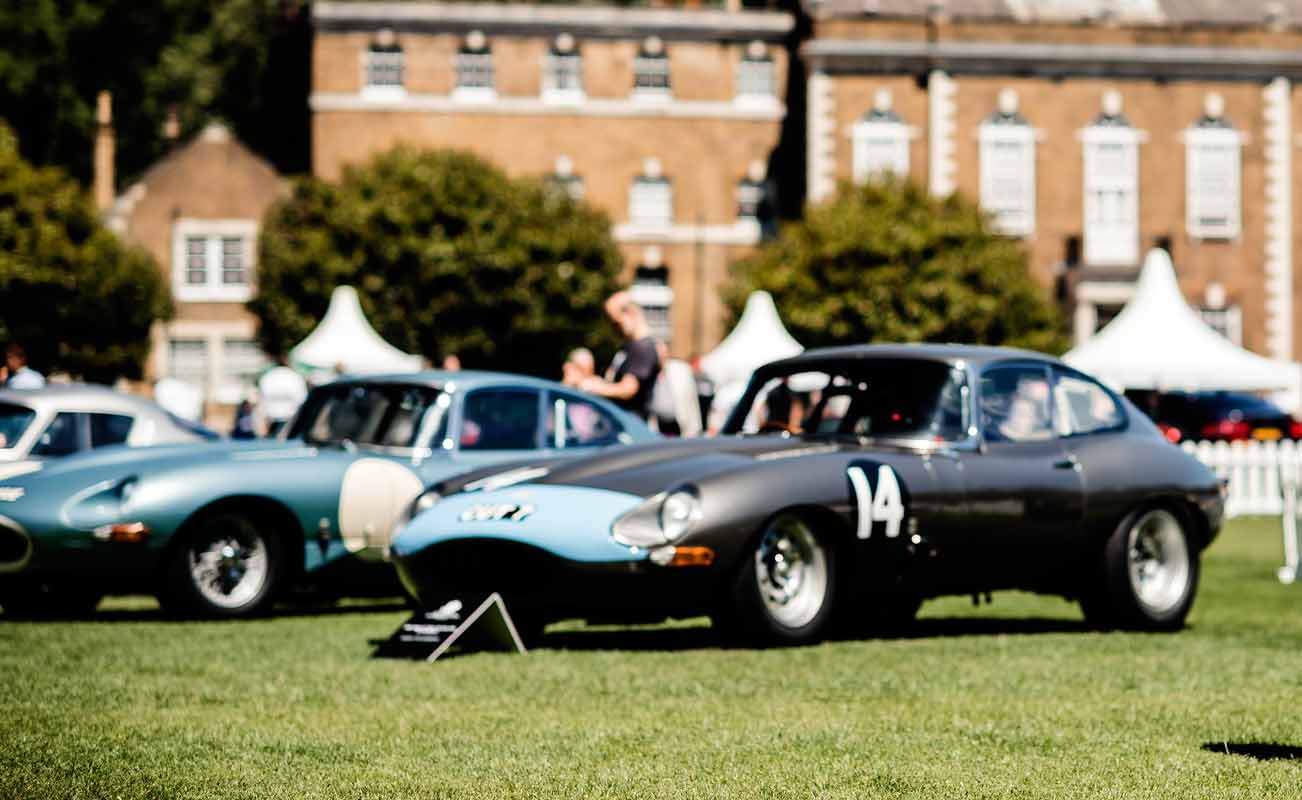 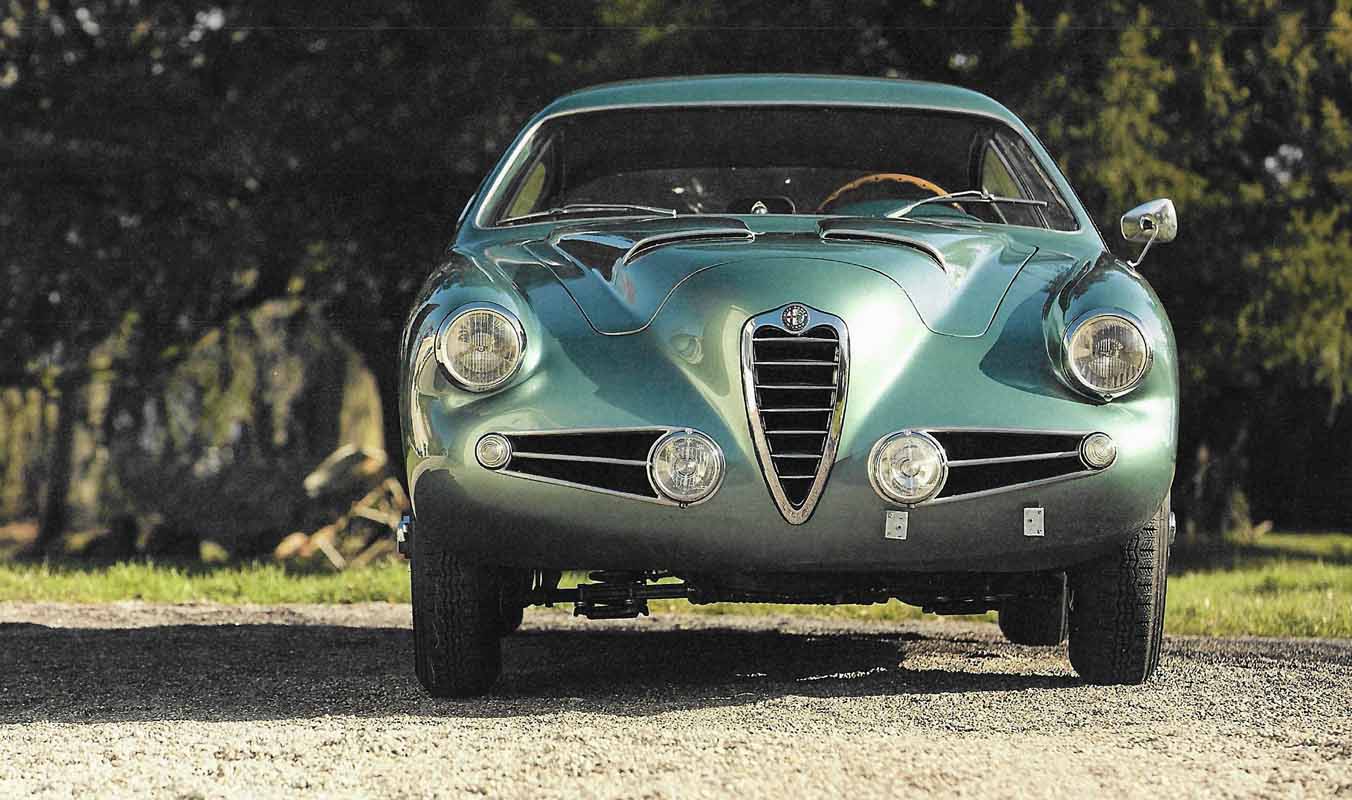 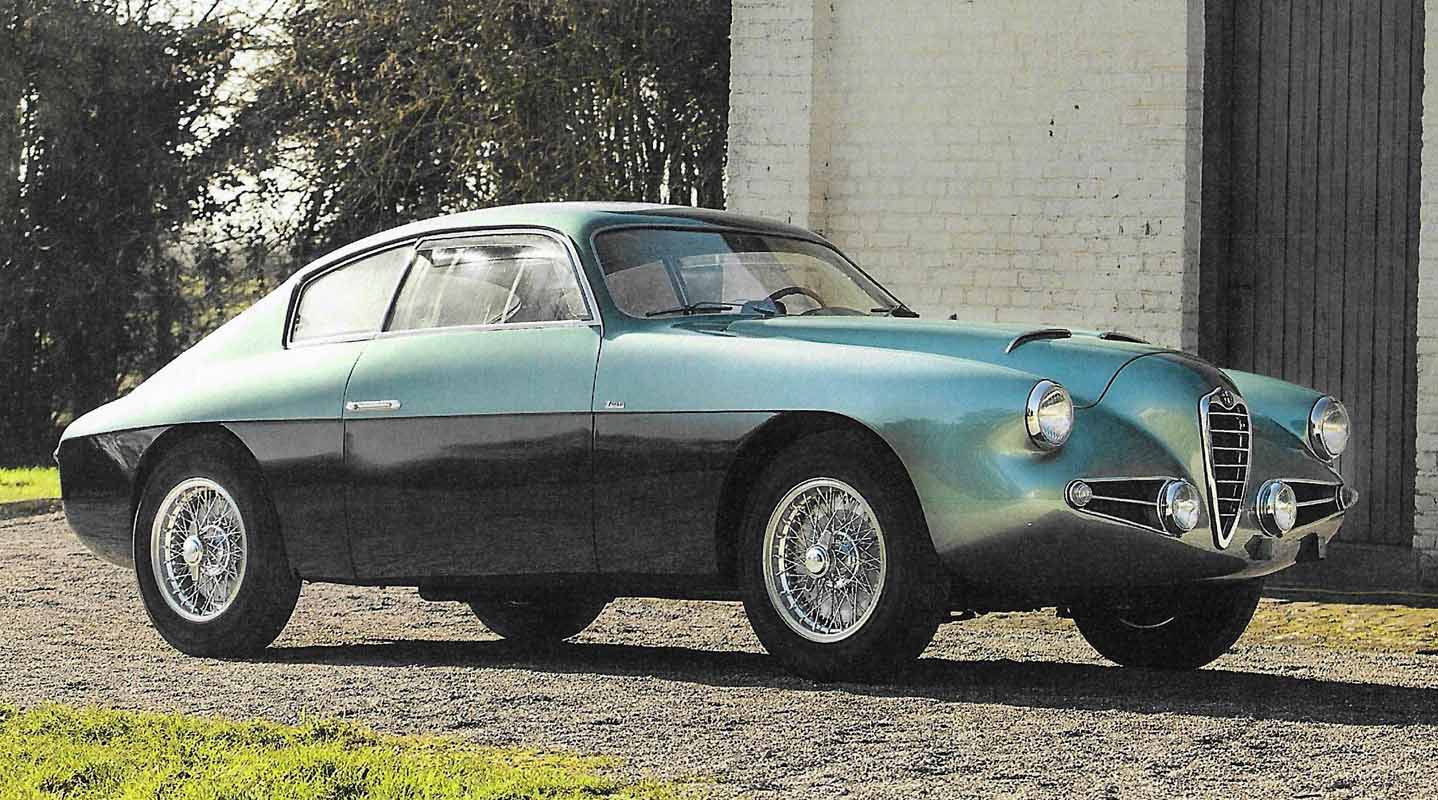 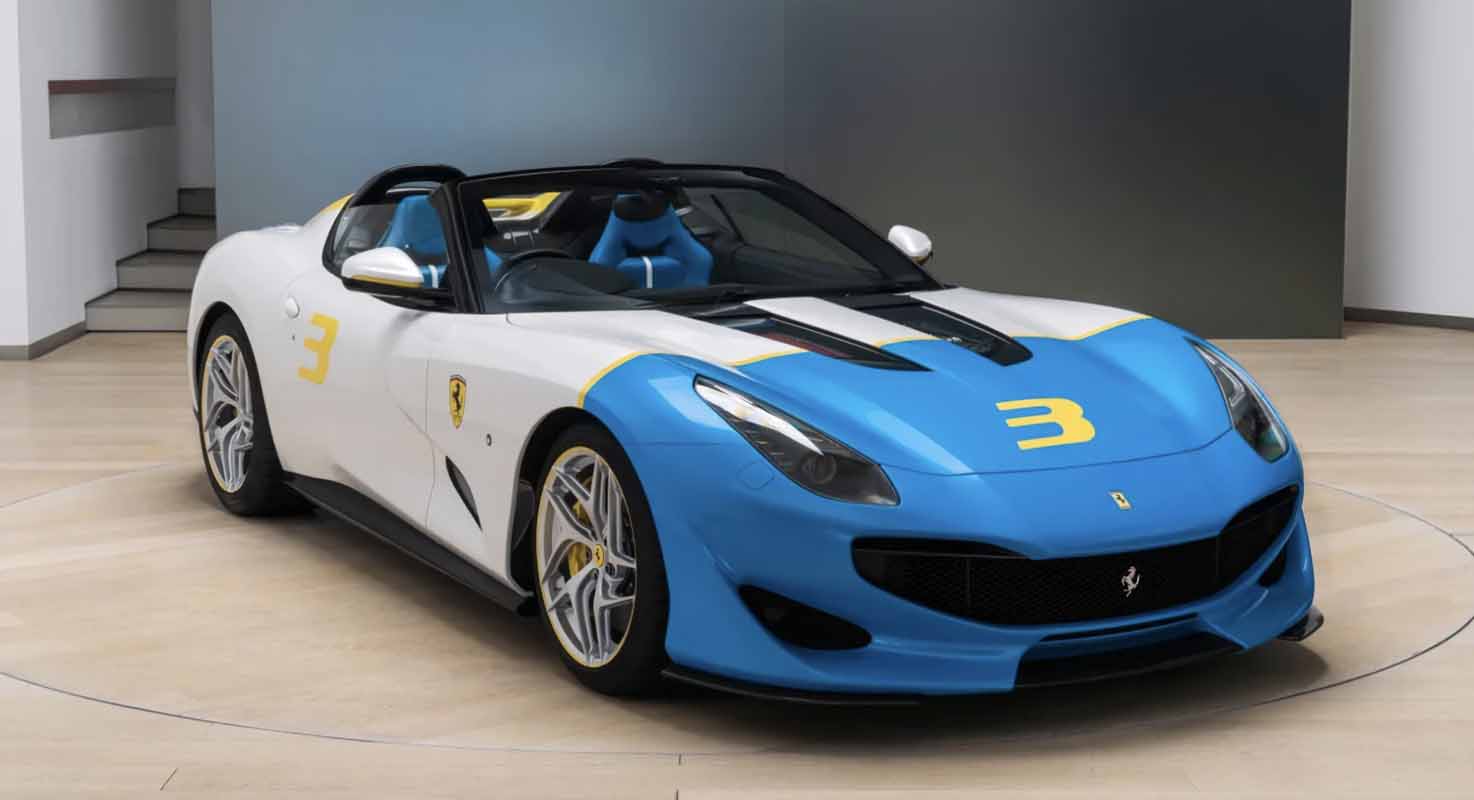 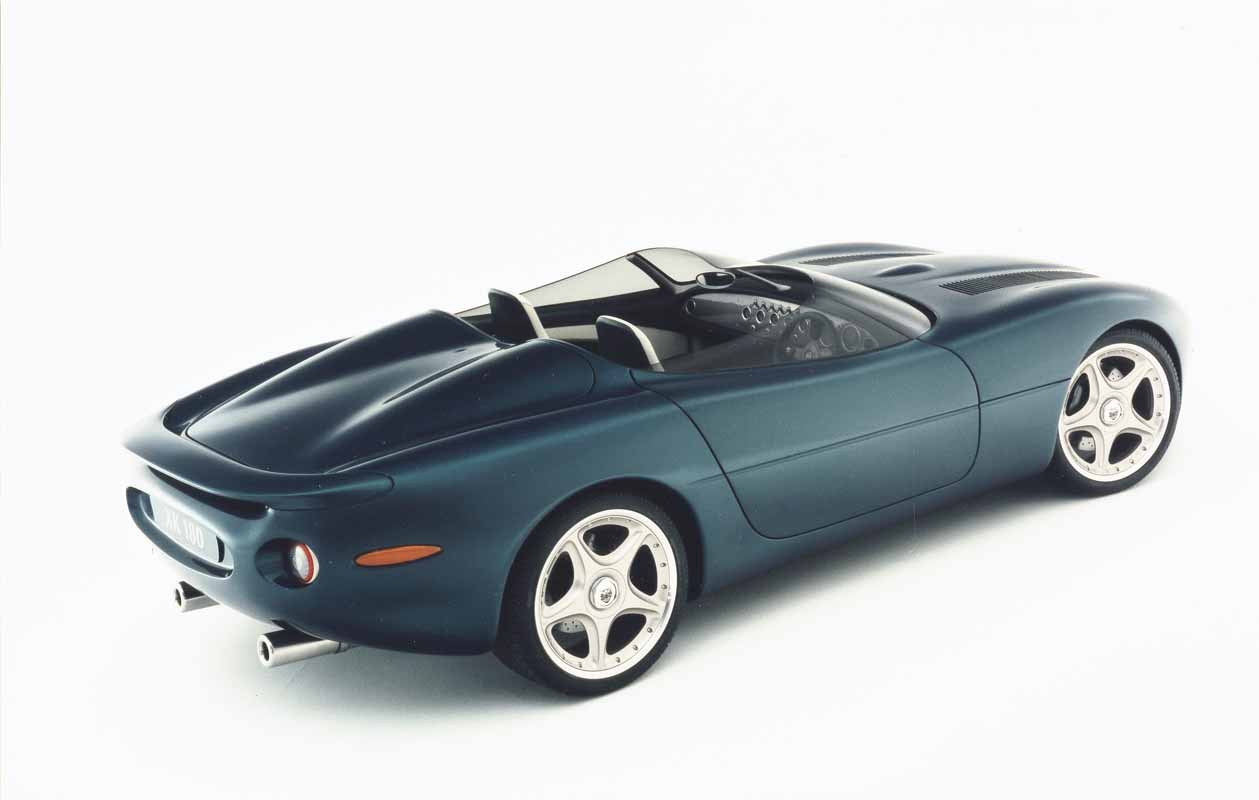 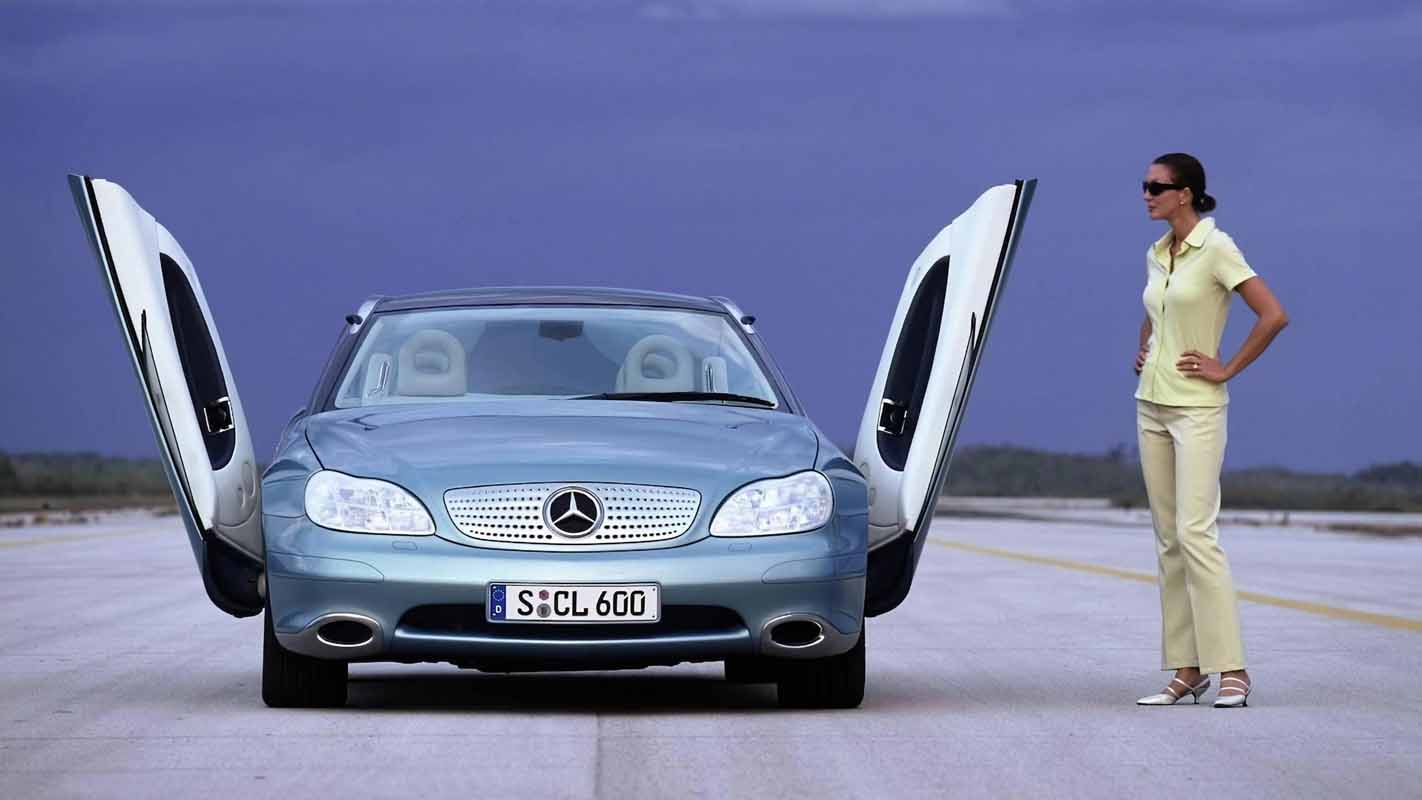 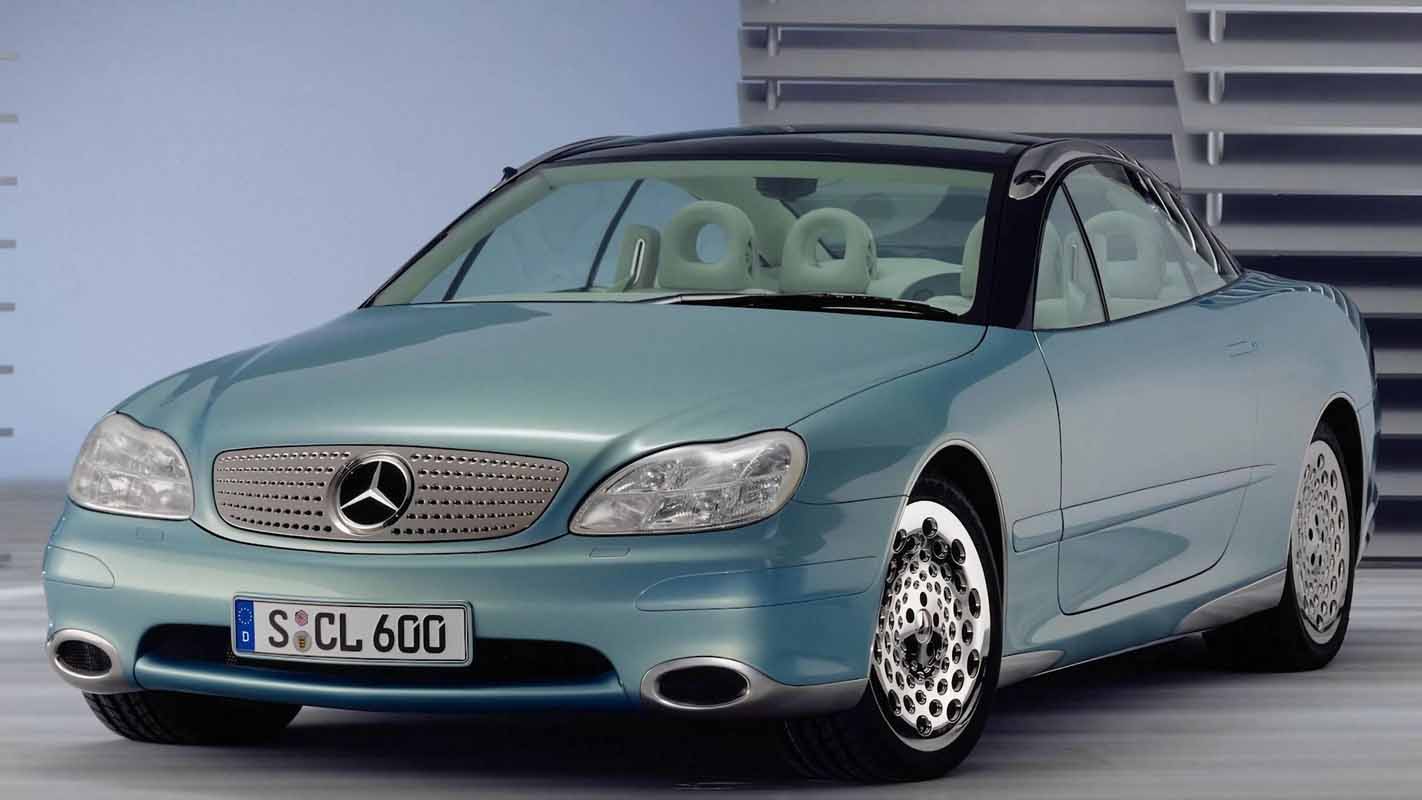 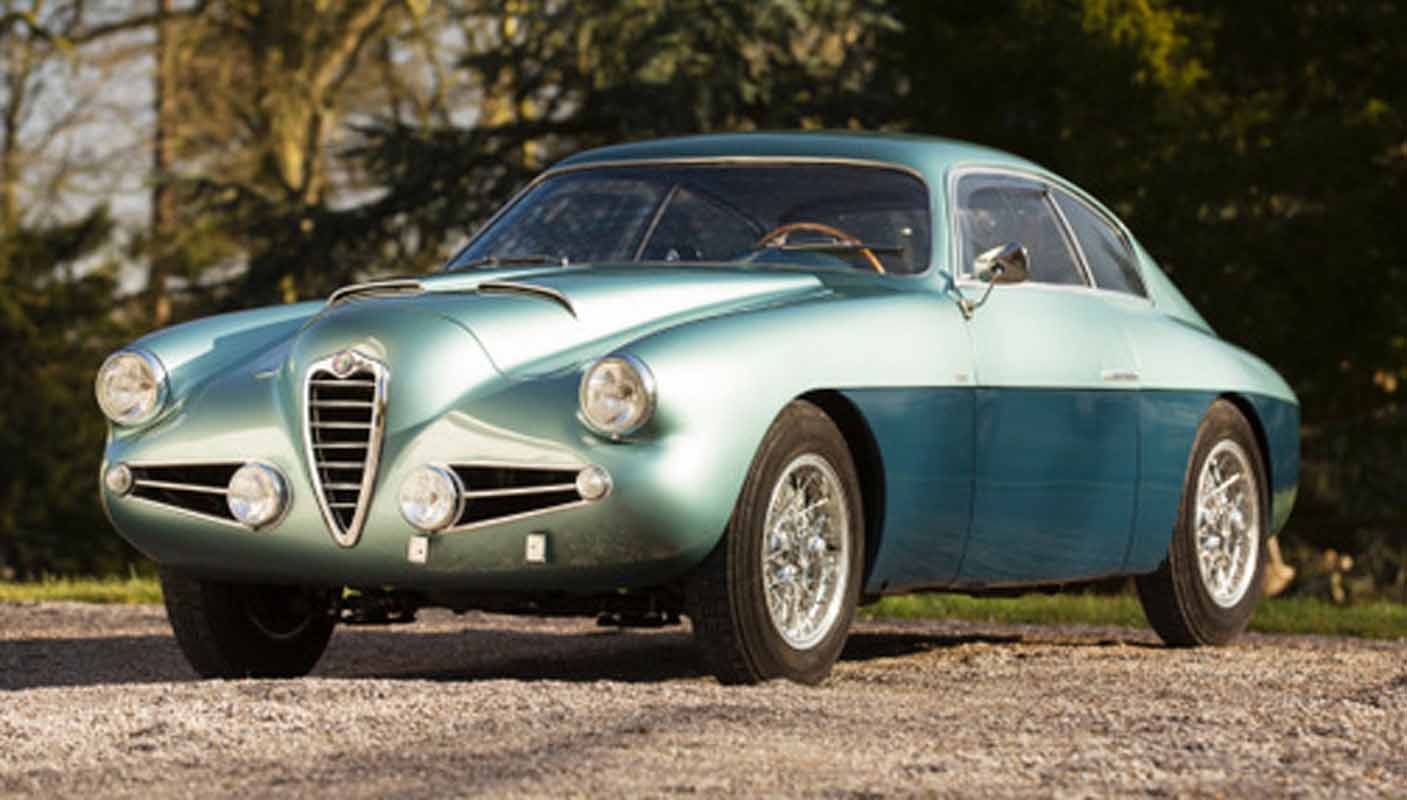