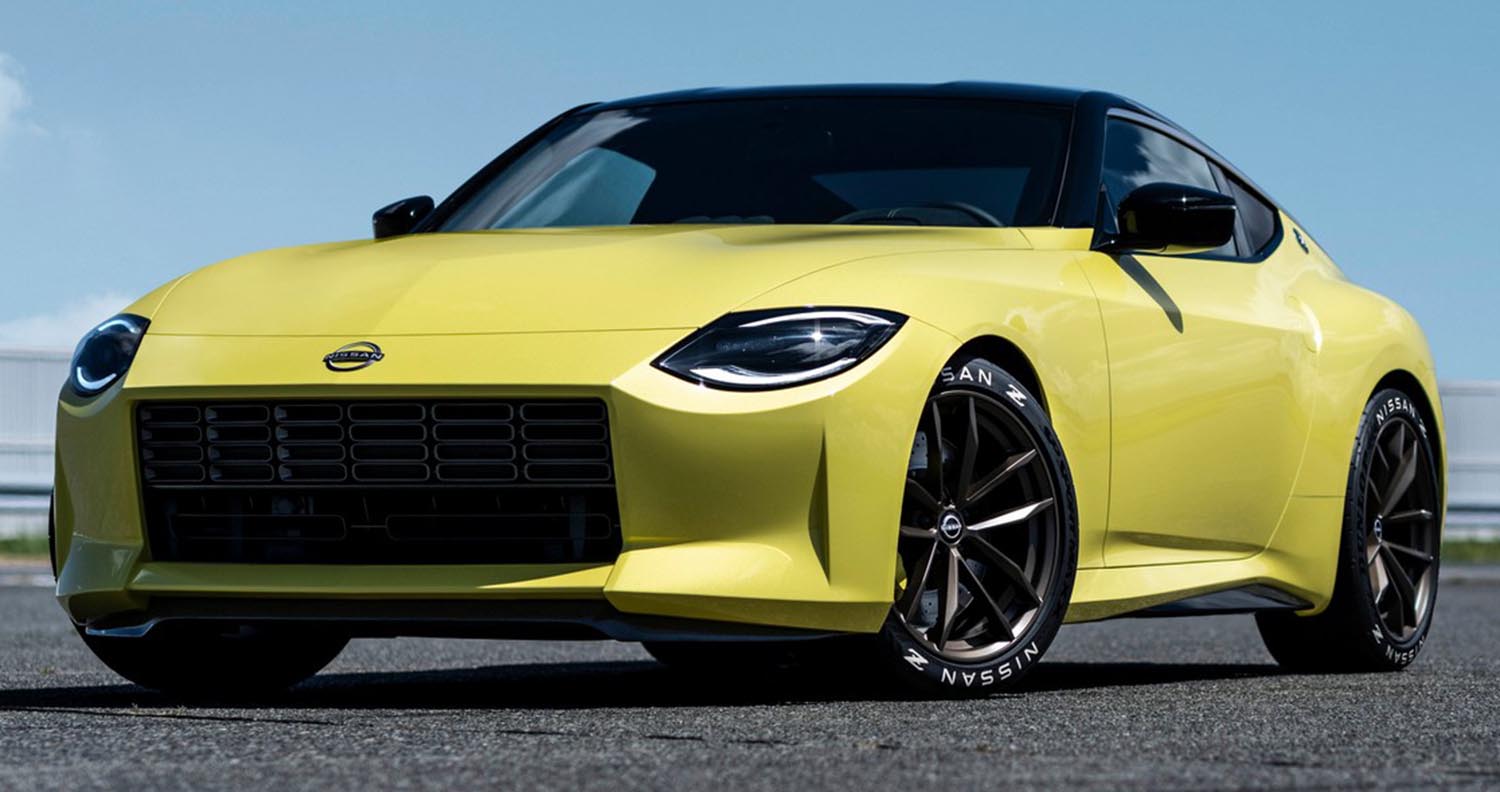 Nissan has unveiled the Z Proto, signalling the company’s intent to launch a new generation of the legendary Z sports car. Shown at an event beamed around the world from the Nissan Pavilion in Yokohama, Japan, the prototype features new design inside and out, as well as an upgraded powertrain with a manual transmission.

In Franklin, just south of Nashville, hundreds of Z owners and enthusiasts watched the Nissan Z Proto’s Yokohama debut on big screens from their vehicles in a socially distanced event- part of a weeklong schedule of activities during the 33rd annual International Z Convention (ZCON).

First hinted at in a brand teaser video, “Nissan A-Z,” shown in May, the Nissan Z Proto pays full respect to 50 years of Z heritage. At the same time, it’s a thoroughly modern sports car.

“The Z represents the joy of driving in its purest form and has helped shape Nissan’s DNA as a passionate, innovative challenger,” said Nissan CEO Makoto Uchida. “Ever since the first generation, it has captured the hearts of car enthusiasts all over the world. That’s why we’re so excited today to be able to say to them: Yes, the next one is coming!”

Nissan Z Proto is one of 10 new vehicles that Nissan is showing for the U.S. in 20 months, along with top-sellers like Sentra and Rogue, and innovative new models like the all-electric Ariya crossover.

“The United States is home to one of the most devoted and enthusiastic Z communities in the world, with nearly 1.35 million total sales over the model’s 50-year history,” said Mike Colleran, senior vice president, Nissan U.S. Marketing and Sales. “With new models like Sentra and Rogue opening new eyes to our brand, Z Proto is our loudest statement yet that Nissan will continue to bring vehicles that thrill to U.S. showrooms.”

Sporting a bright yellow pearlescent paint – a tribute to a popular paint scheme on both the first-generation 240Z and the 300ZX – the Z Proto boasts a fresh, attractive exterior design with a silhouette that communicates respect to the original model.

Using a theme that combines elements of previous generations while also projecting futurism was challenging, said Alfonso Albaisa, head of design at Nissan.

“Our designers made countless studies and sketches as we researched each generation and what made them a success,” Albaisa said. “Ultimately, we decided the Z Proto should travel between the decades, including the future.”

The shape of the hood and the canted, teardrop-shaped LED headlights are both unmistakable reminders of the original Z. The rectangular grille dimensions are similar to the current model, although the grille fins nod to the past. The form continues to exude both sportiness and elegance.

“The LED headlights have two half-circles that hark back to the Japan market-only 240ZG of the 70s,” Albaisa explained. “The ZG has clear dome lenses over the headlight buckets, which under light give off two circular reflections over each headlight. We liked that unique characteristic and discovered that it naturally fit with the Z’s identity.”

The link to the original Z is most striking when viewing the Nissan Z Proto from the side. The roofline flows from the nose to the squared-off rear to create a distinctive first-generation Z profile whose rear edge was slightly lower than the front fender height giving the Z its unique posture. The signature transition from the rear quarter glass to the low-slung position of the rear tail adds to the effect.

The rear takes inspiration from the 300ZX taillights, reinterpreted for the modern world. Set within a rectangular black section that runs across the rear and wraps around the outer edges, the LED taillights convey a sharp glow. 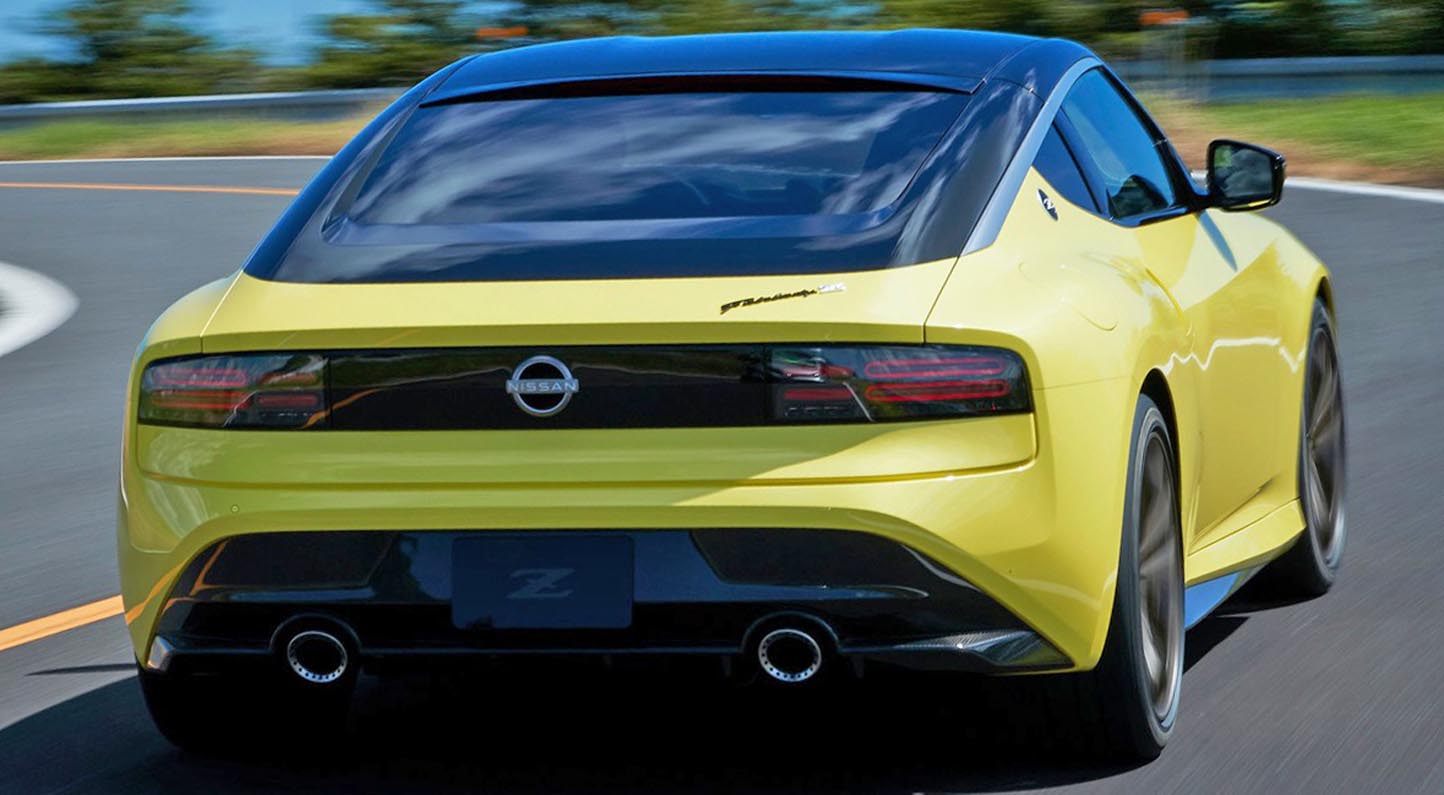 The interior design team sought advice from professional motorsports legends to give the Nissan Z Proto an ideal sports car cabin, both for road and track. This can be seen in the Z’s instrumentation. All vital information is found in the 12.3-inch digital meter display and arranged to help the driver grasp it at a glance, such as the redline shift point at the twelve o-clock position.

Yellow accents are found throughout the cabin, including stitching on the instrument panel. The seats feature special accent piping and layered seat material to create depth.

The original Z was built to bring the joy and excitement of sports car ownership to as many people as possible.

“The Z has always been a strong dynamic performer, making it easy for customers to enjoy its capabilities and feel as connected as possible to the car,” said Hiroshi Tamura, chief product specialist of the Z Proto. “This has been true through all its generations, and this is what drives our passion to innovate and challenge the norm.”

Each new generation had a more powerful engine, although the Z is about more than power increases.

“Z is more than just powerful and agile,” Tamura continued. “It is designed to create a connection with the driver, for the car to be a ‘dance partner’ for their on-road adventures.”

Make no mistake though, the Nissan Z Proto packs a powerful punch. Under the elongated hood is an enhanced V6 twin-turbocharged engine mated to a six-speed manual gearbox. As a prototype, work is now underway to synchronize the power with the grace and control that has defined the Z for the past 50 years.

“Nissan is transforming its business,” said Uchida. “This summer, we unveiled the ground breaking all-electric Nissan Ariya crossover, which represents the future of mobility. Even as we open this new chapter, the Z, its heritage and passion, express who we are and has been shaping our DNA for over fifty years.” 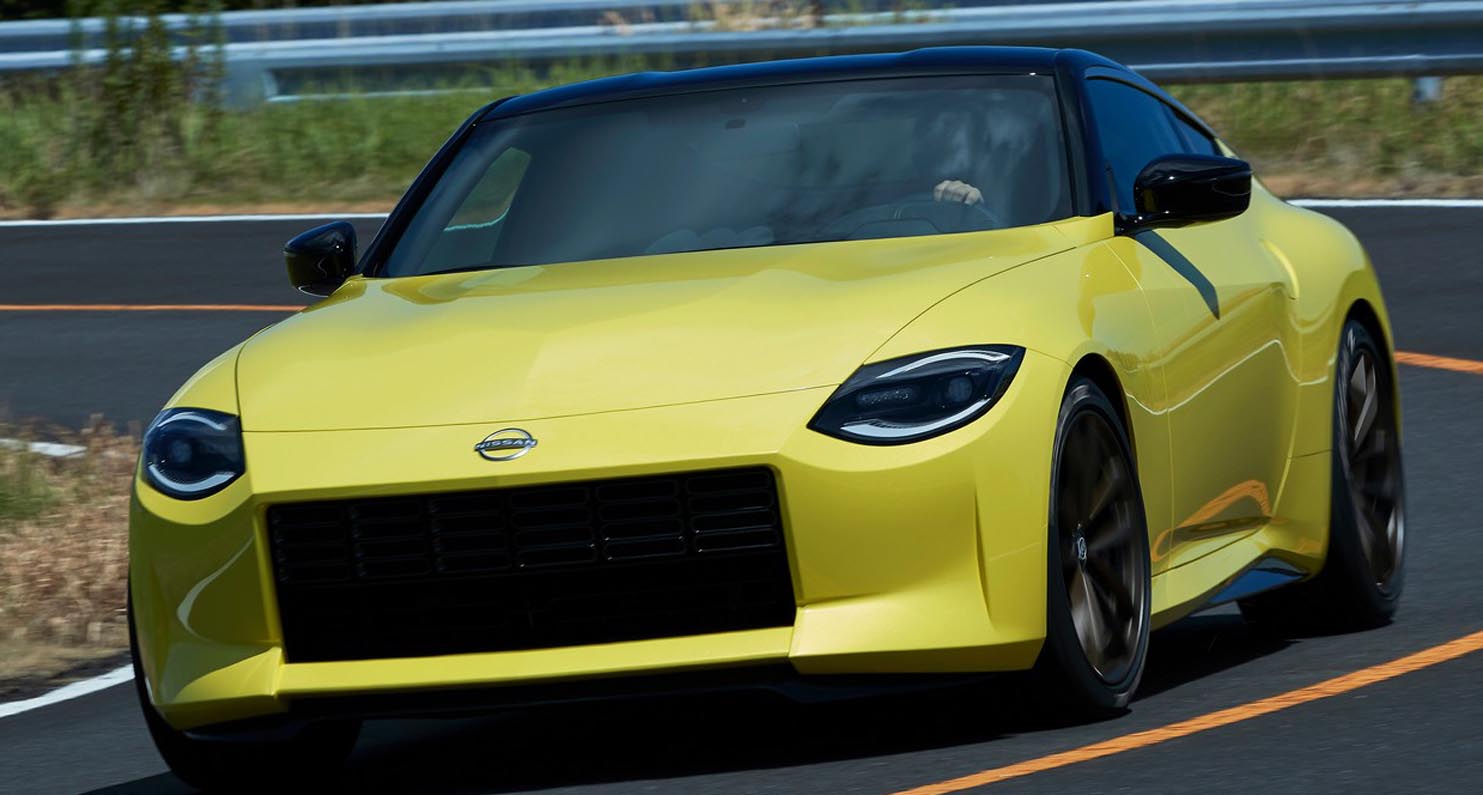 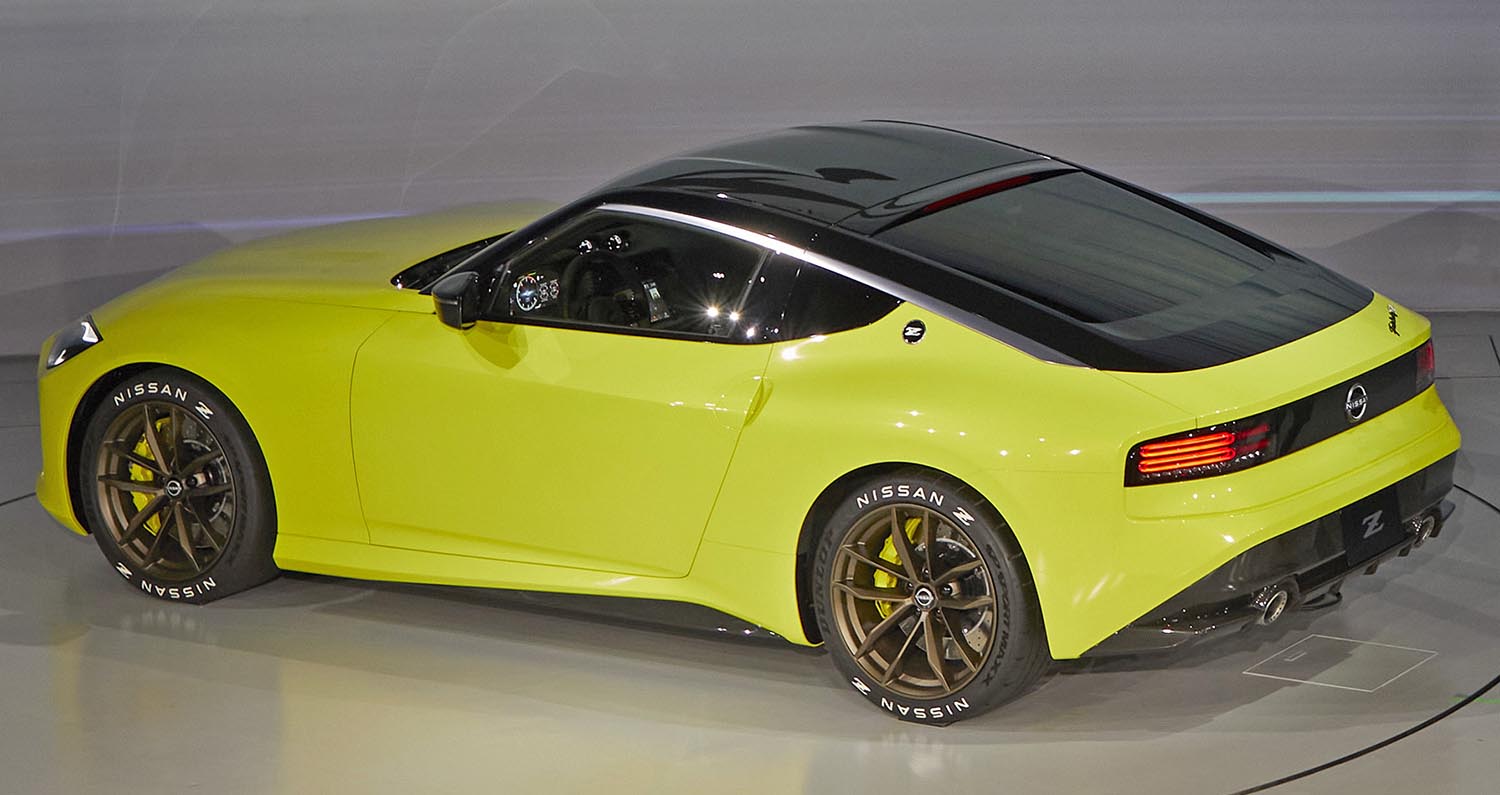 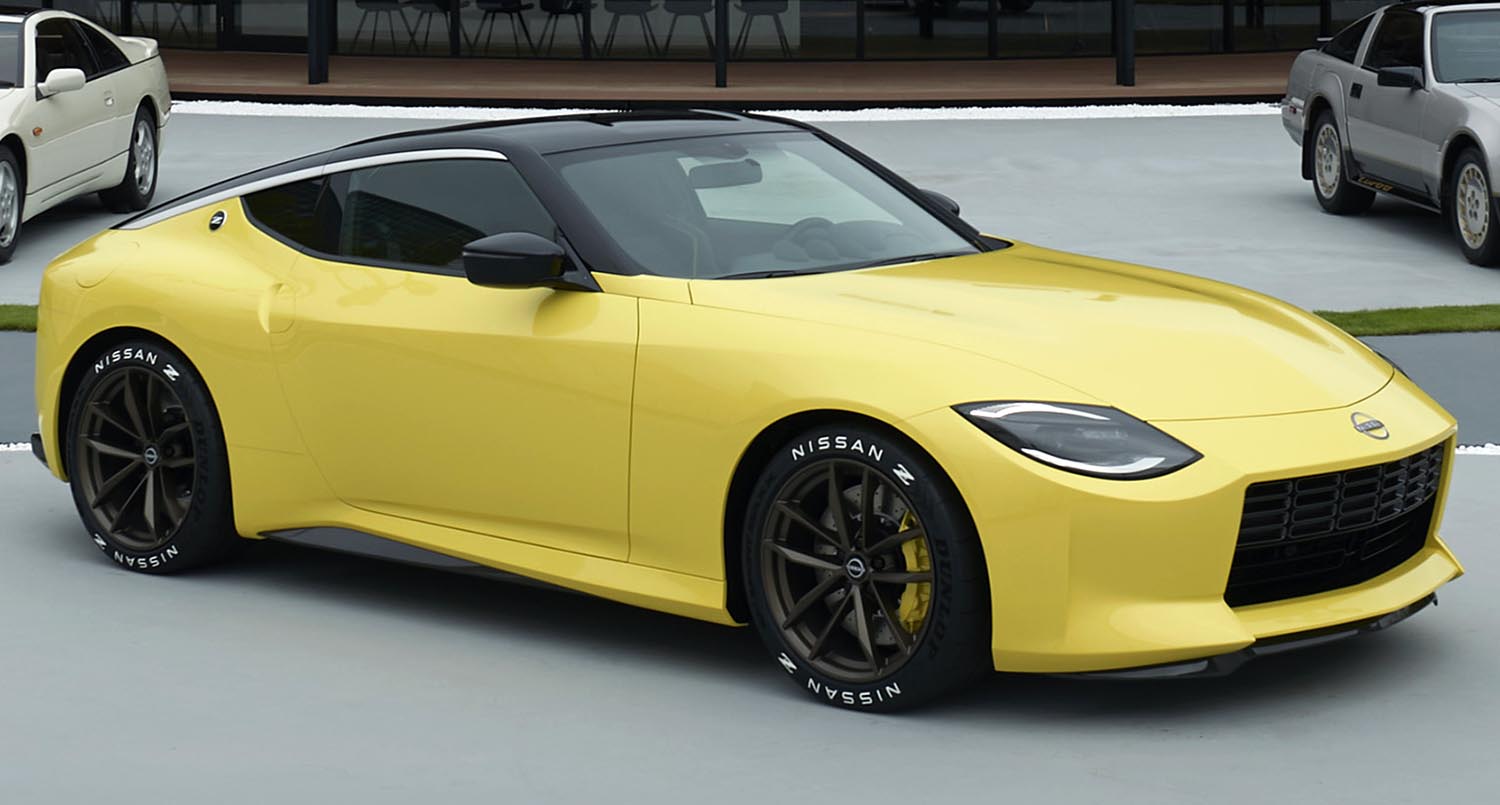 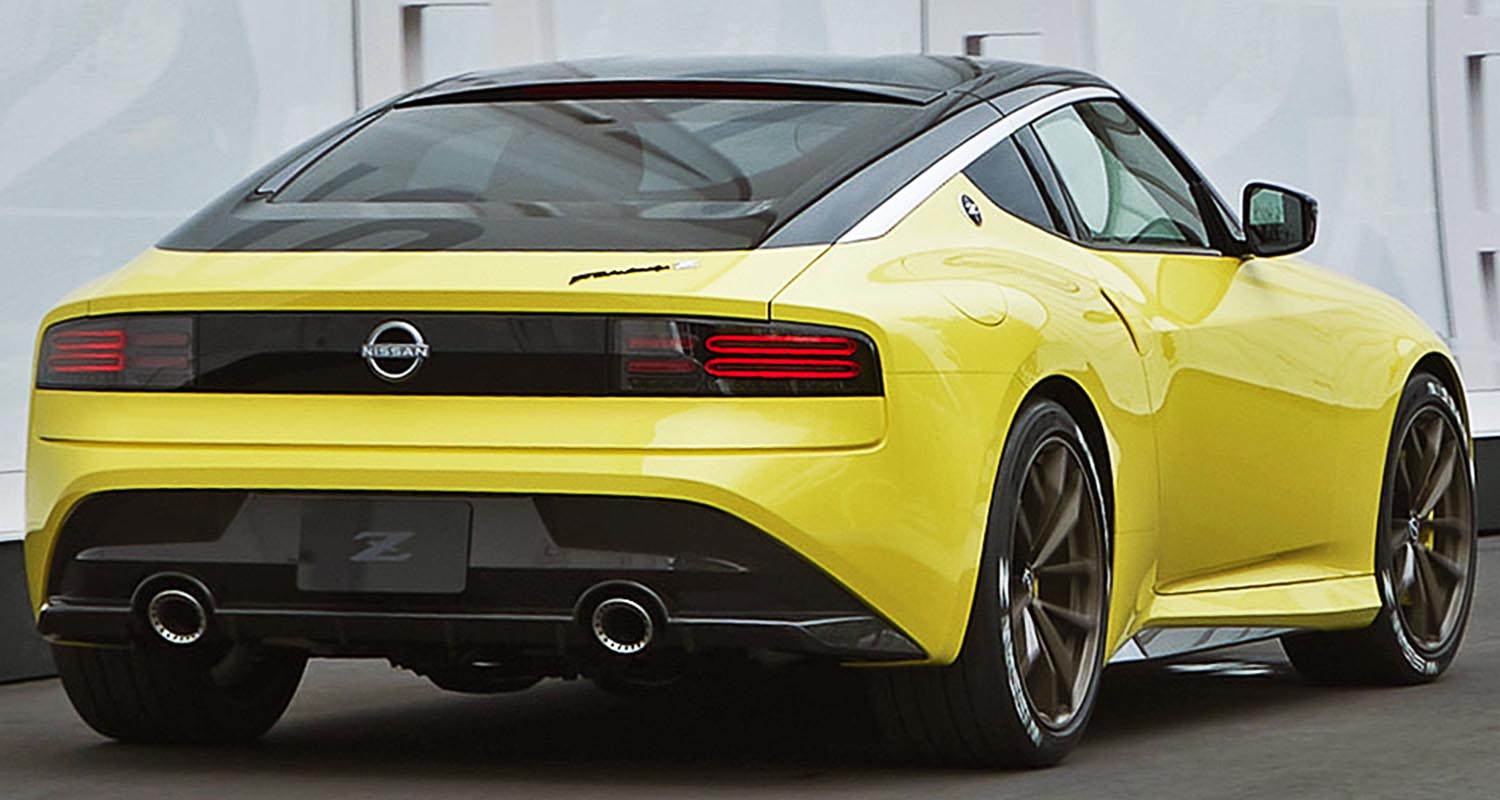 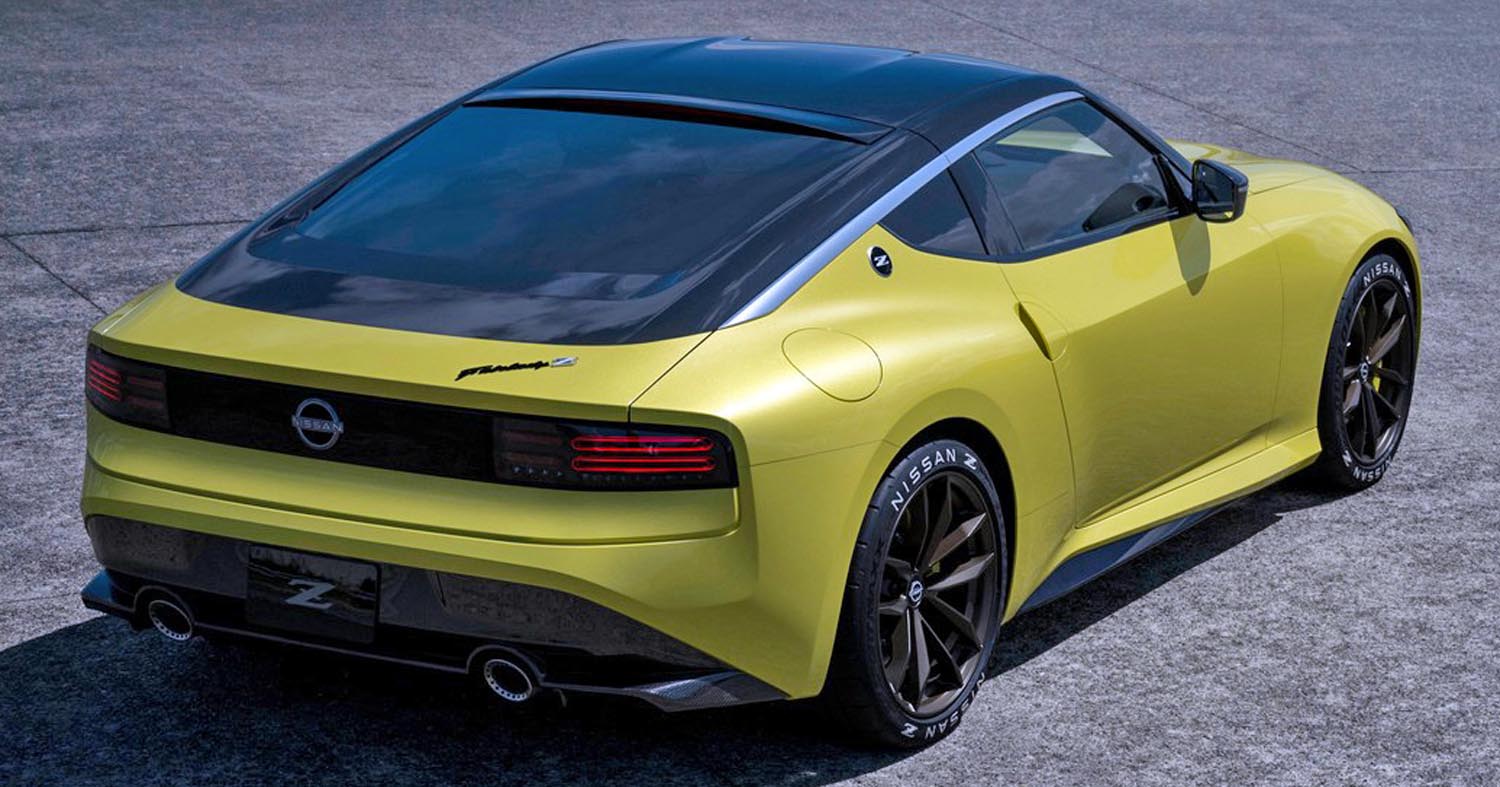 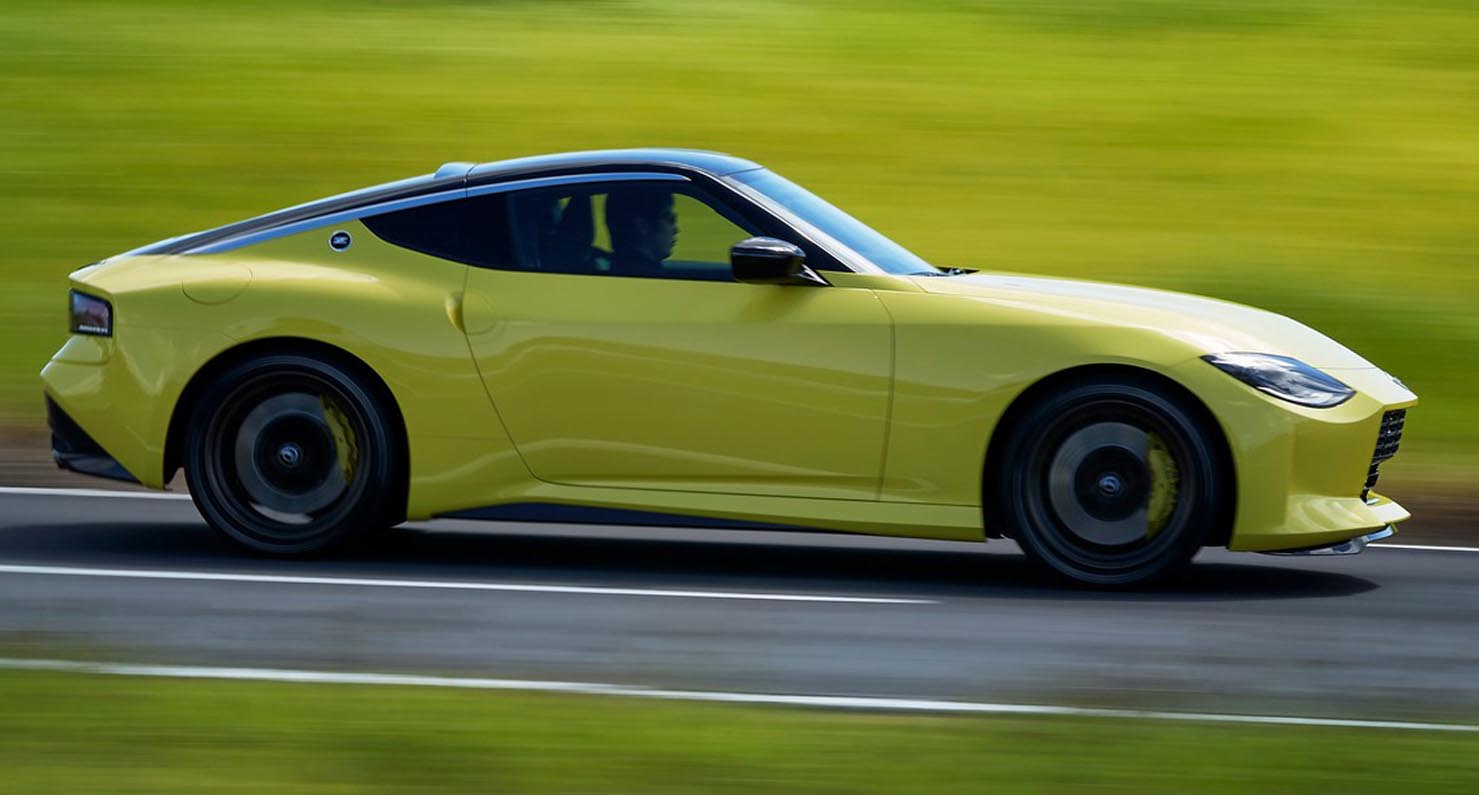 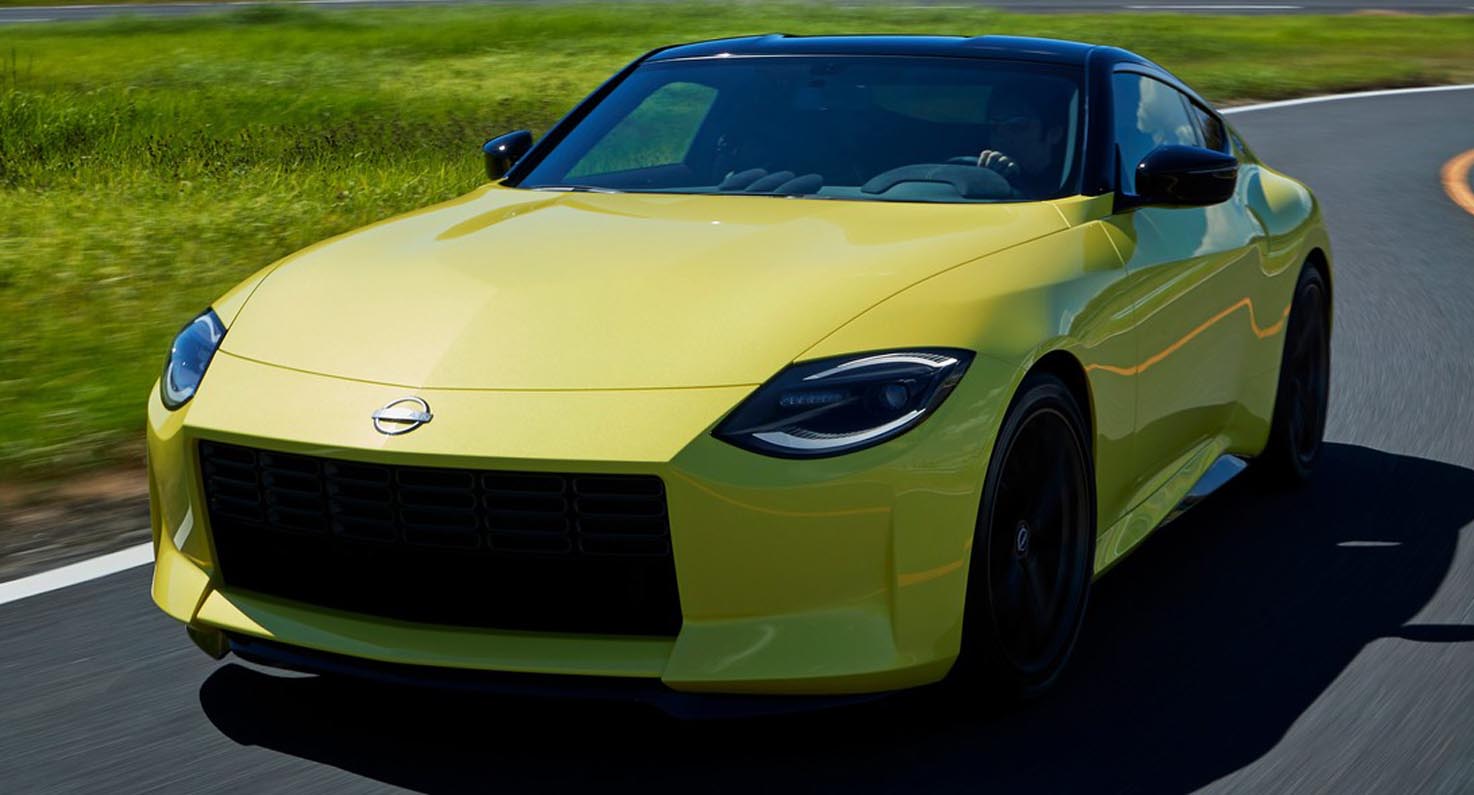 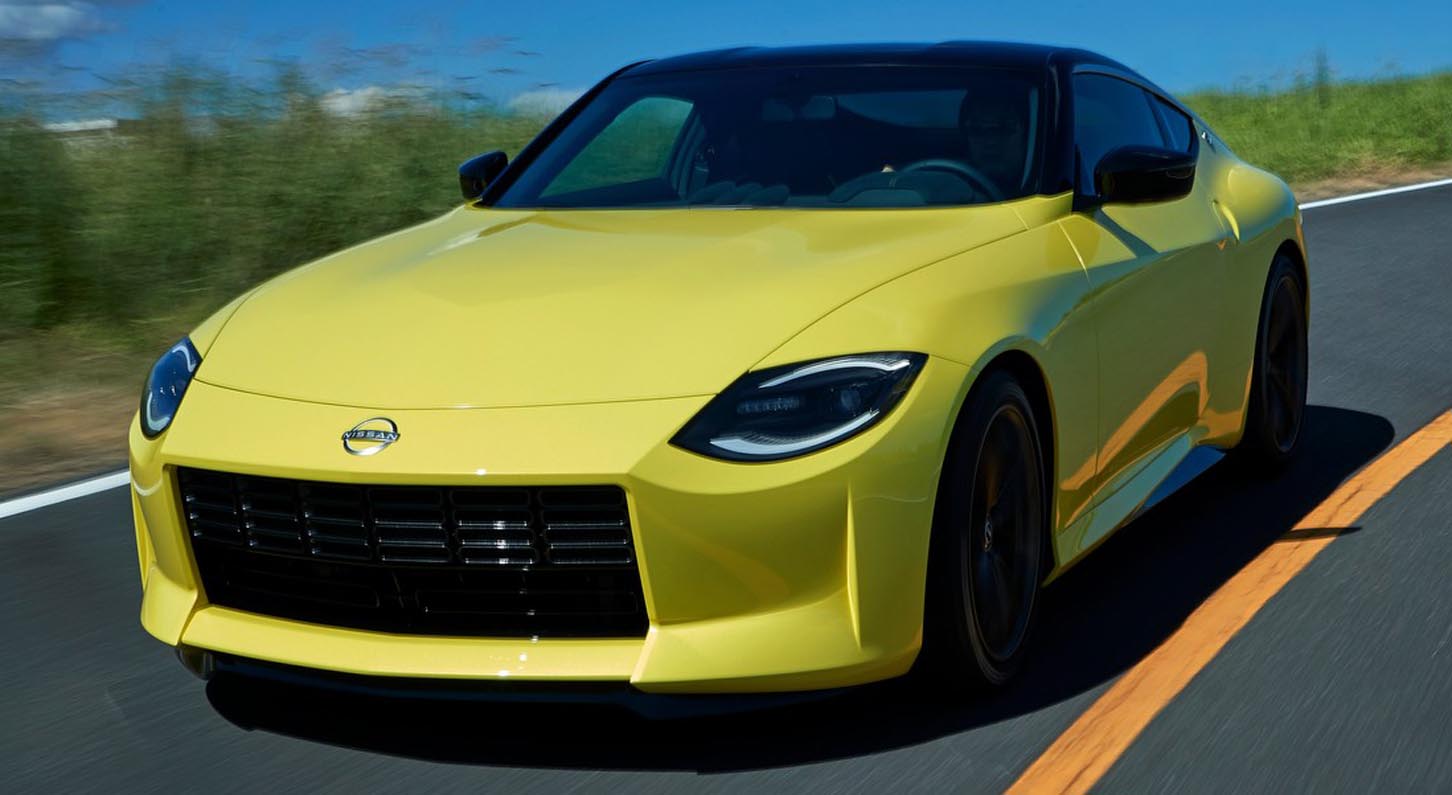 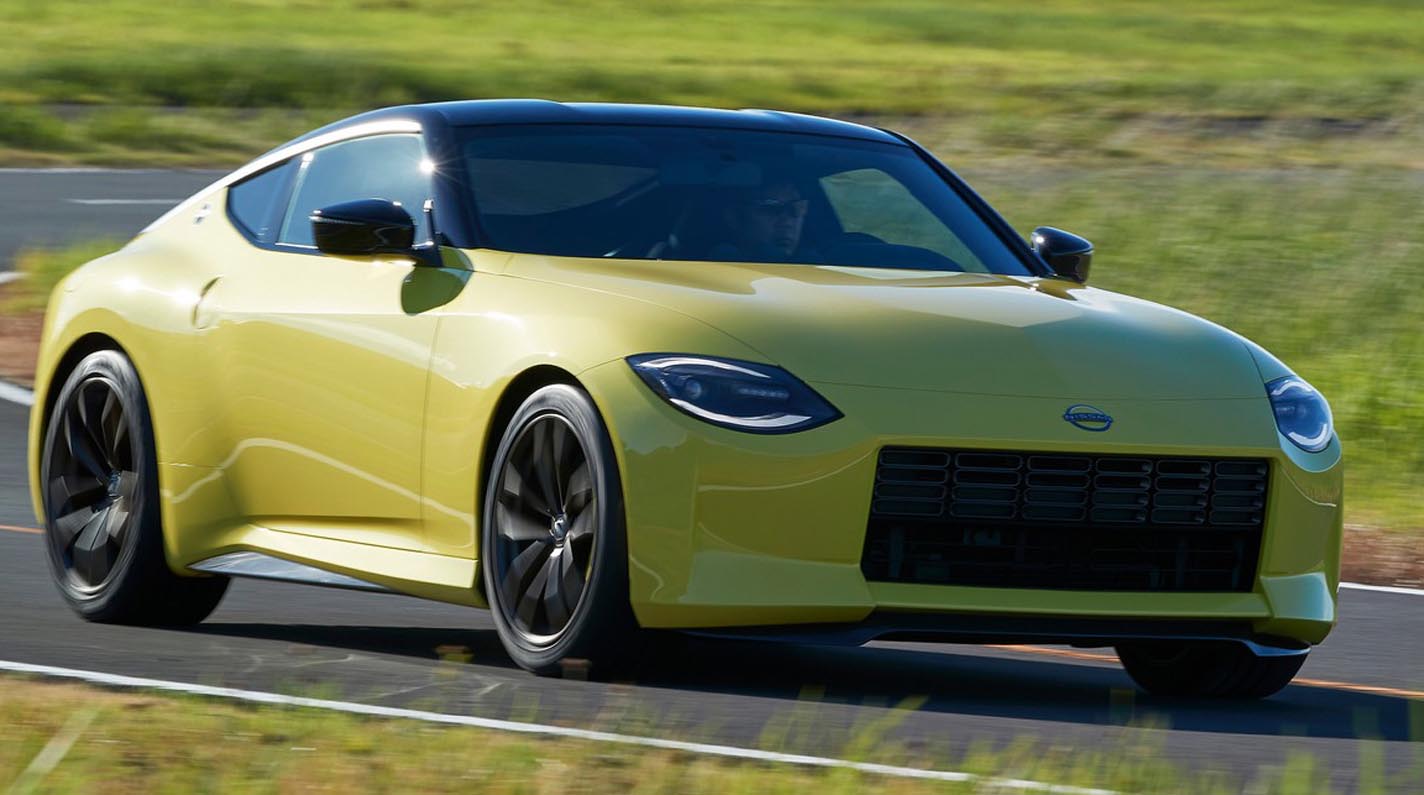 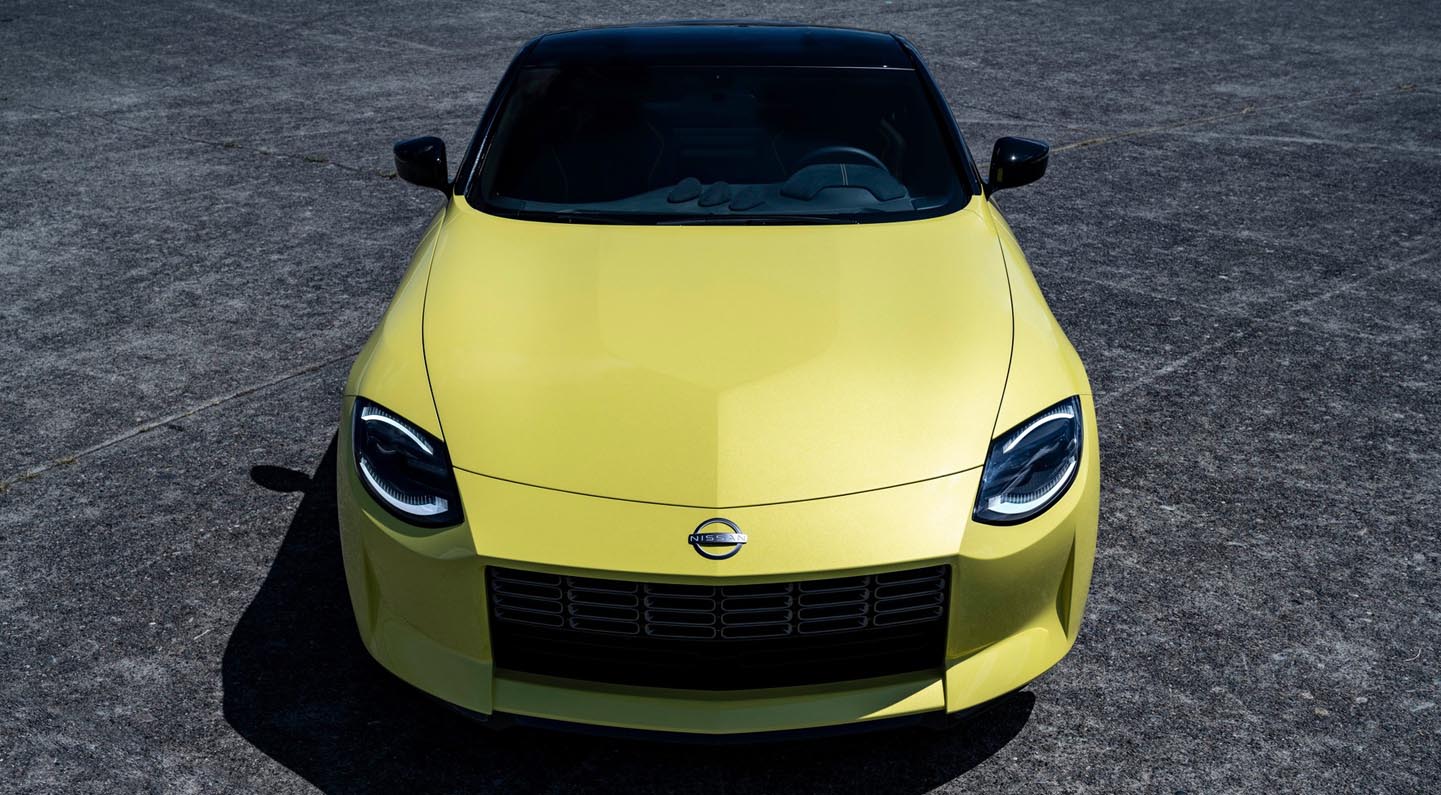 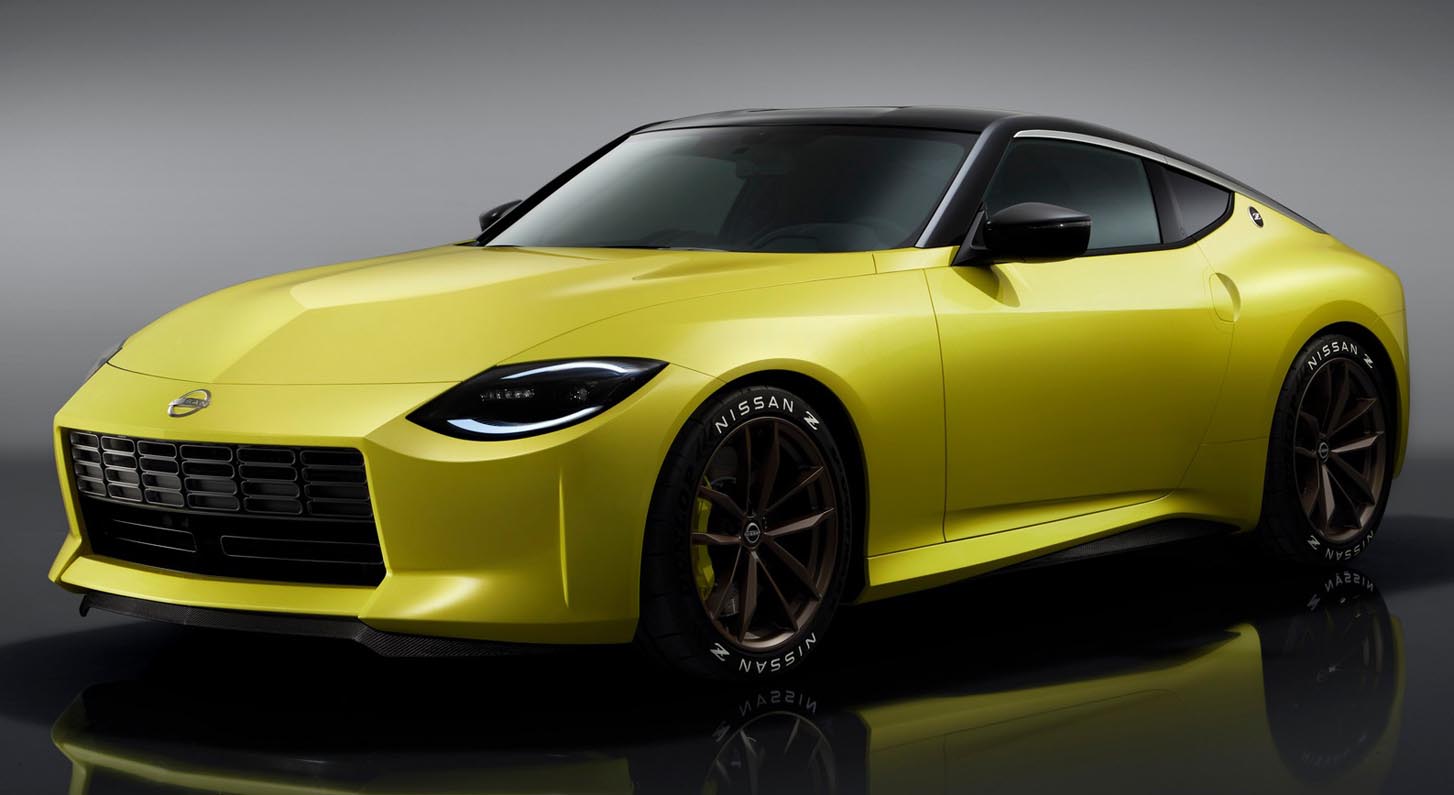 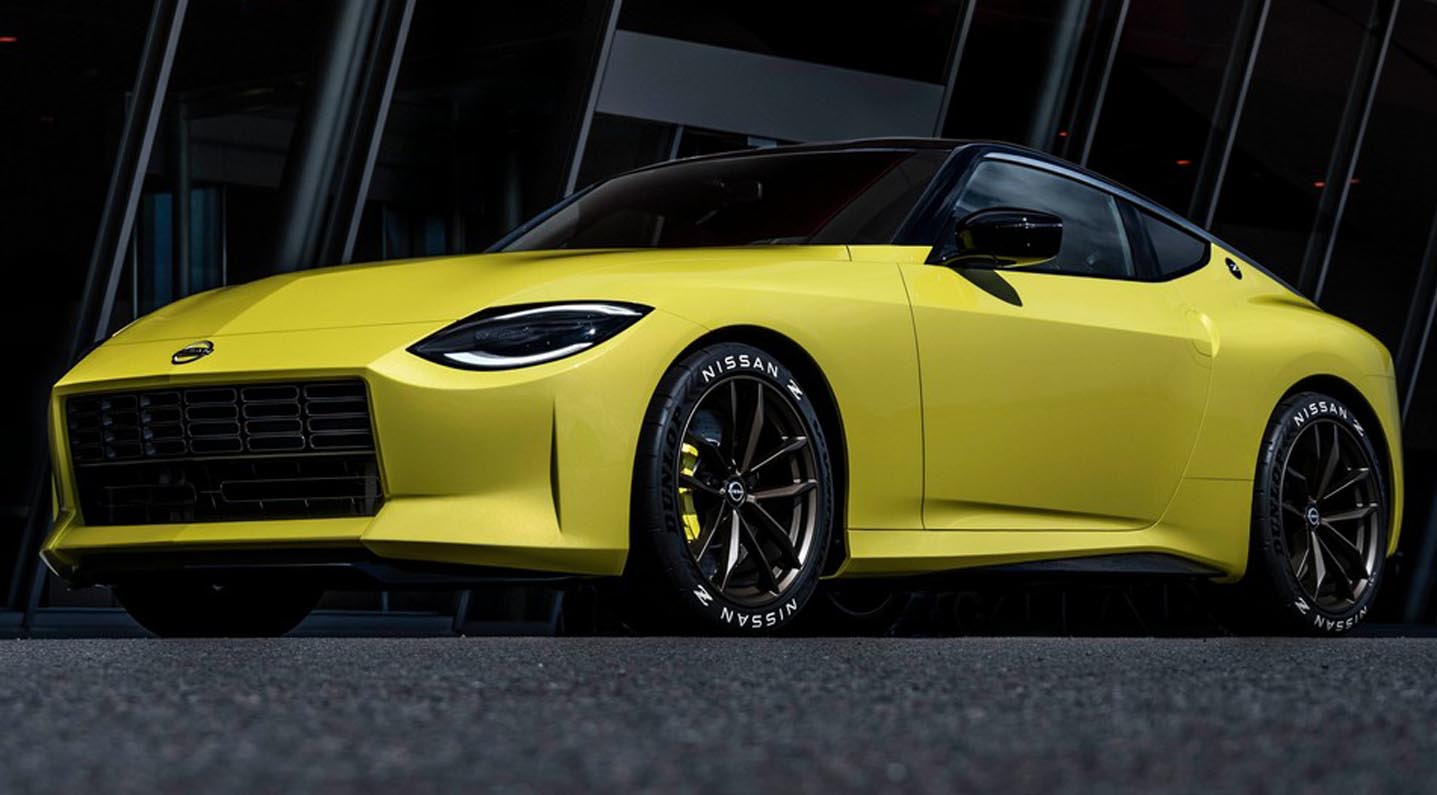 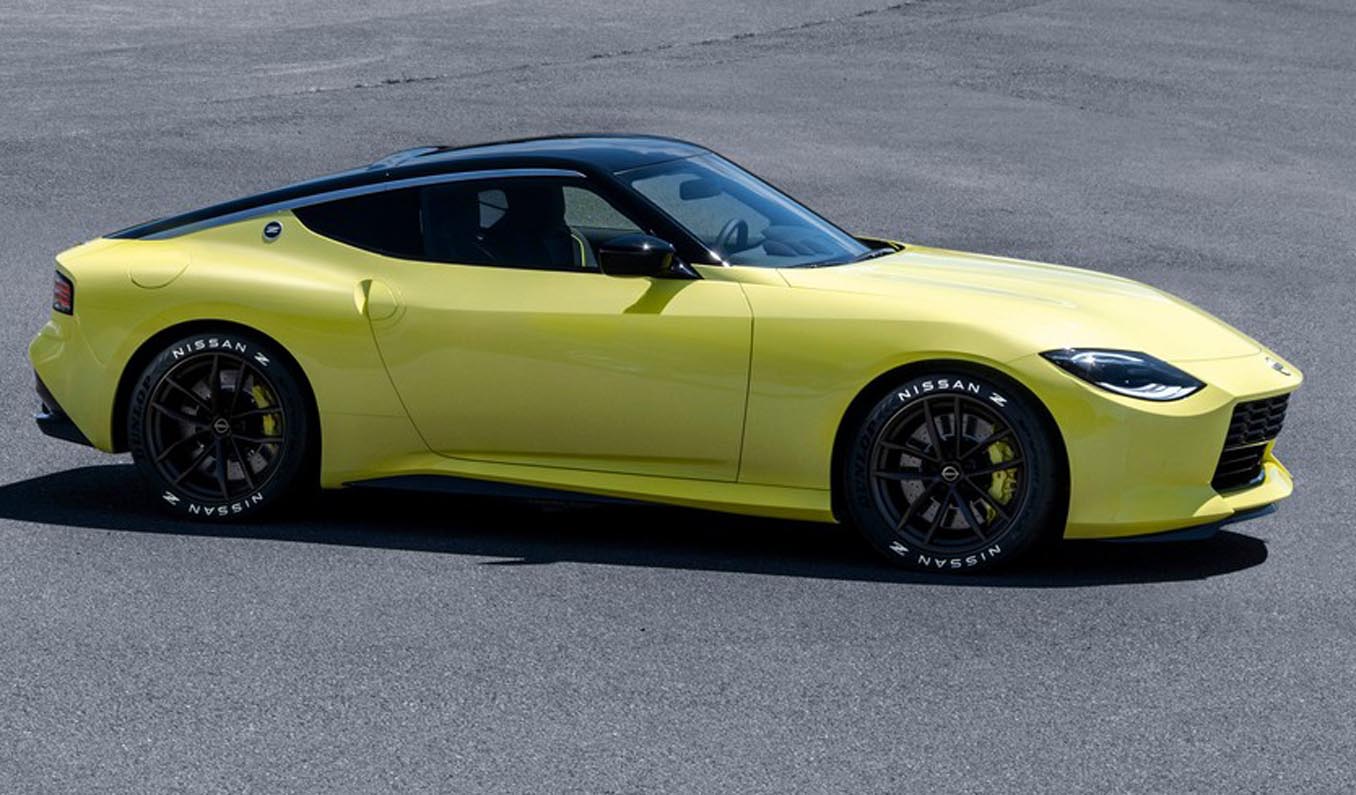 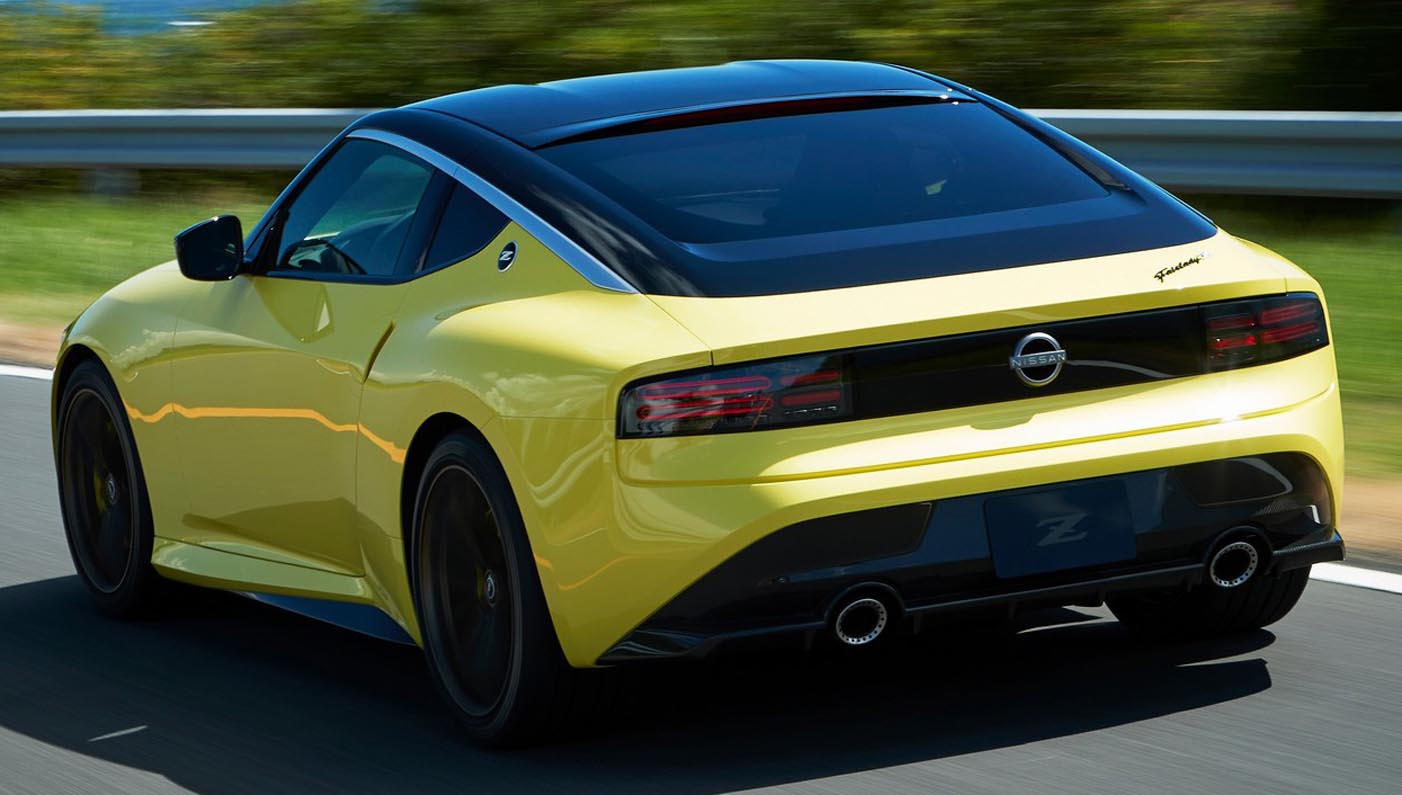 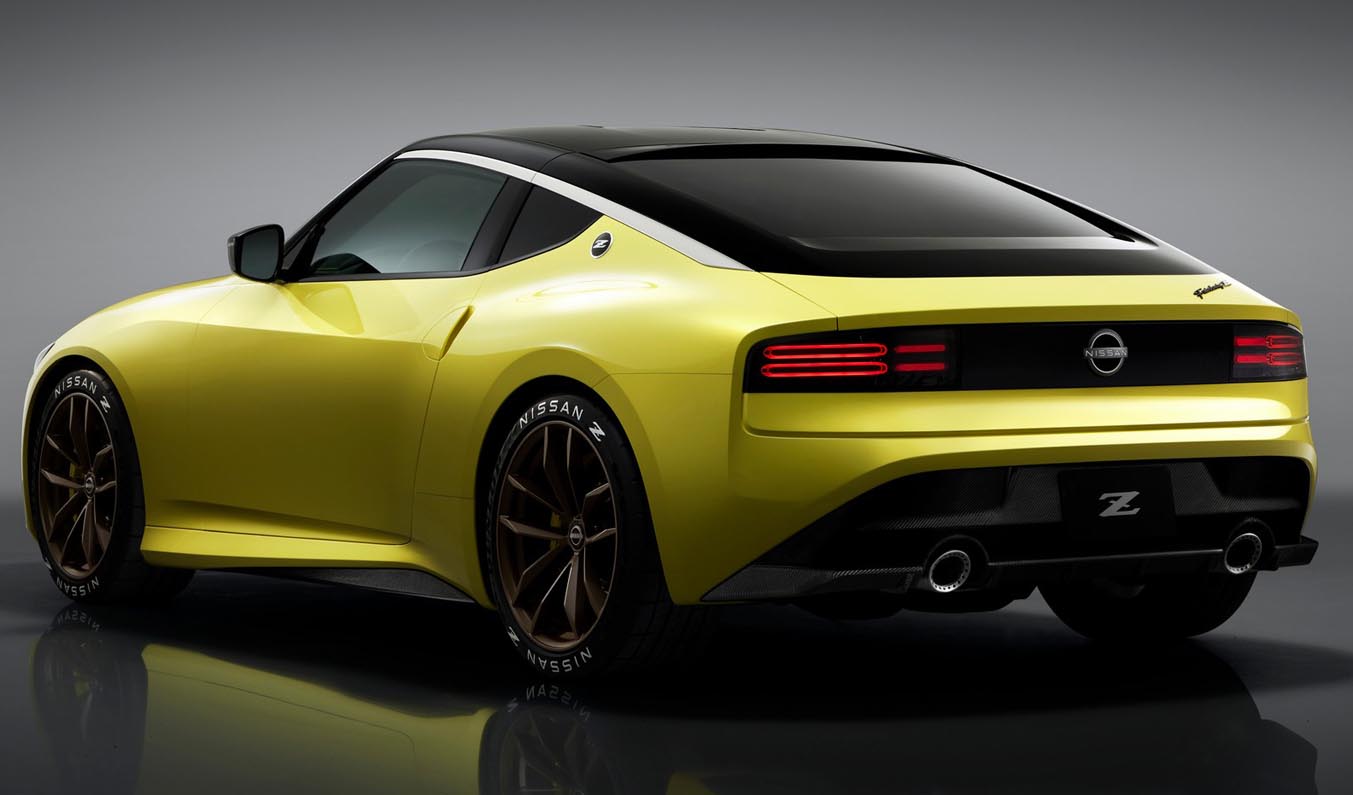 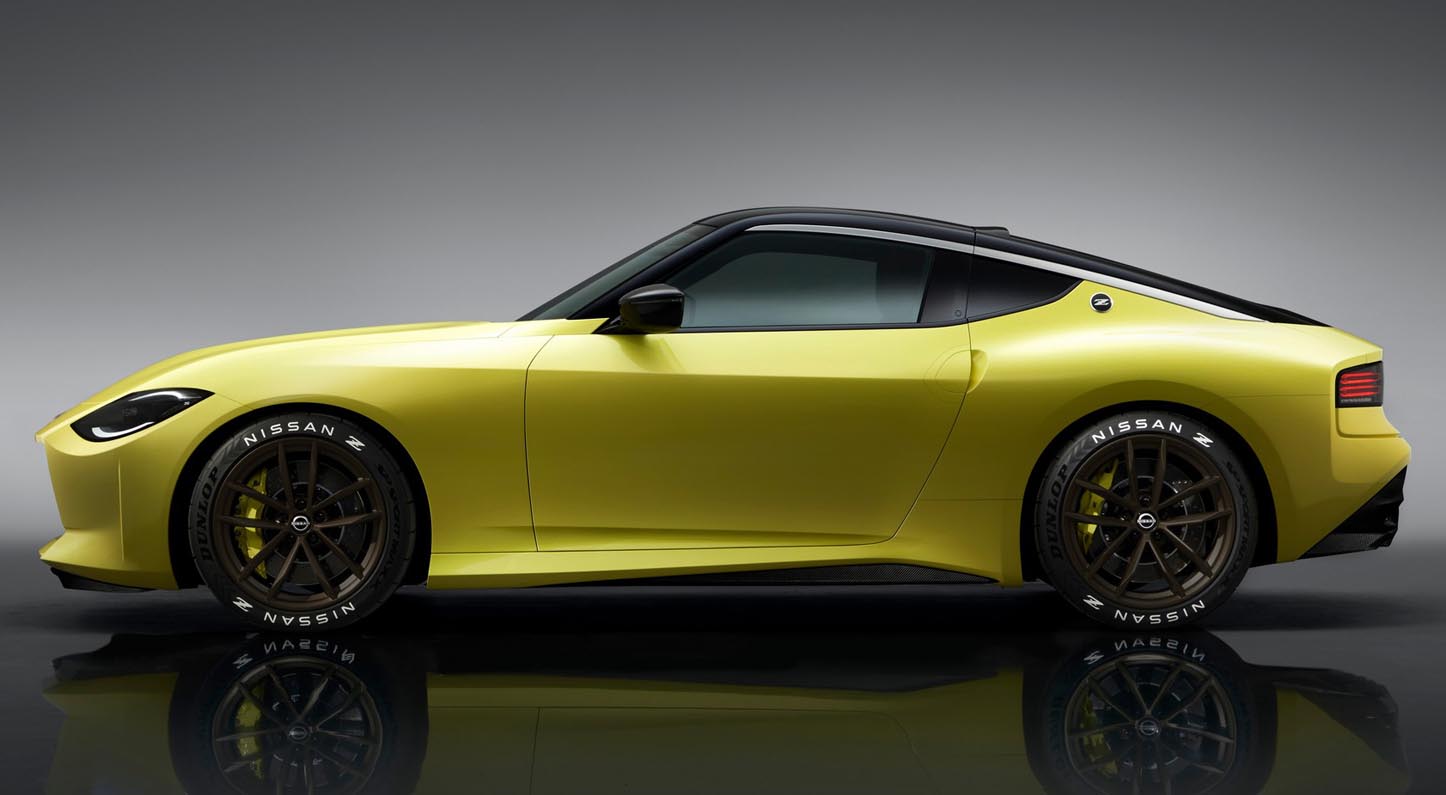 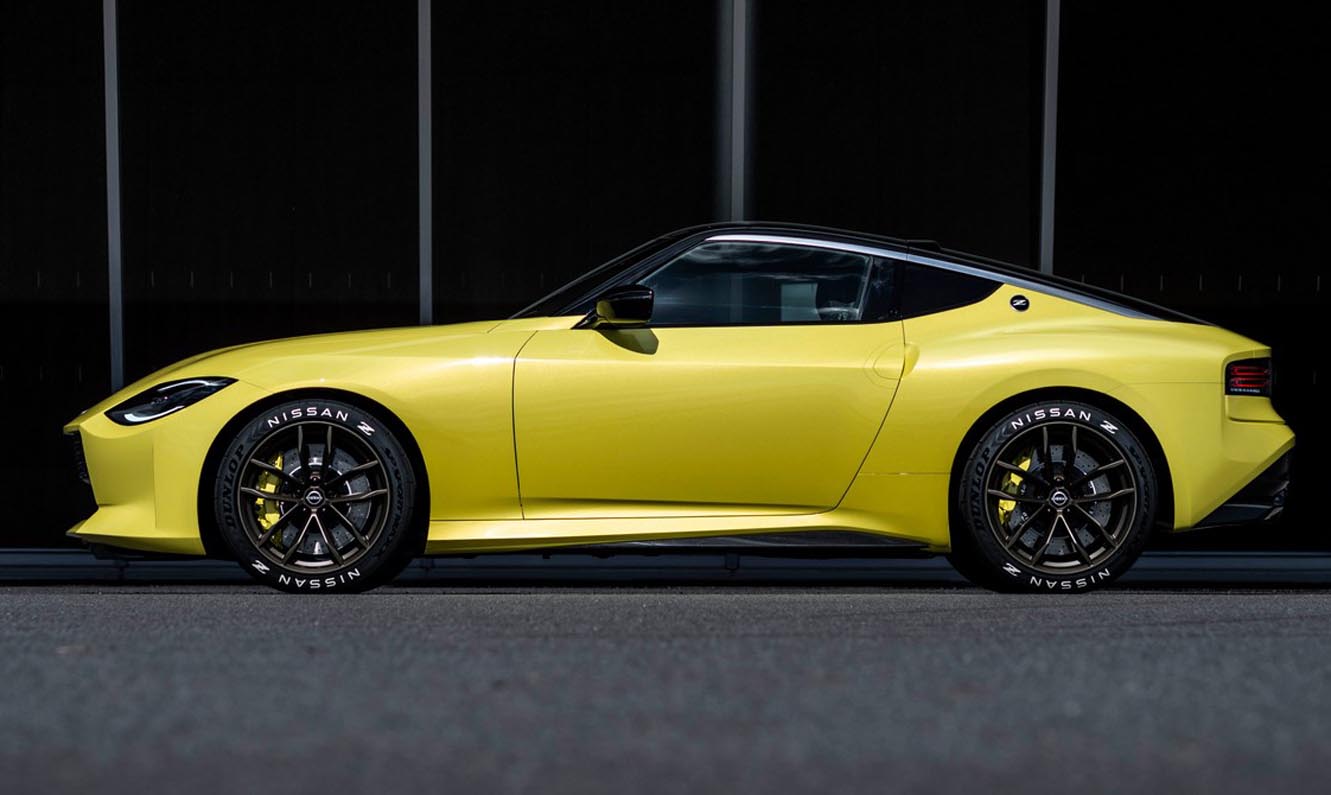 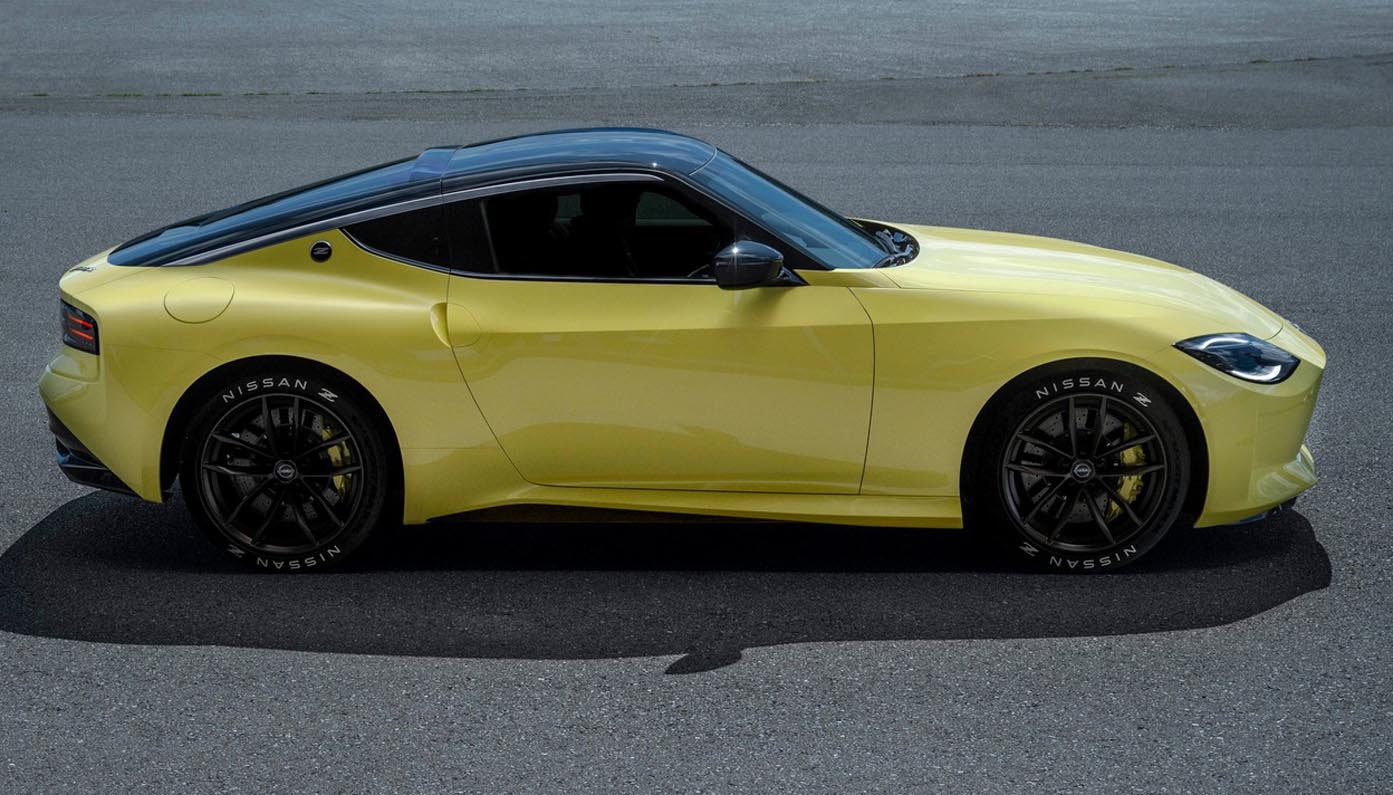 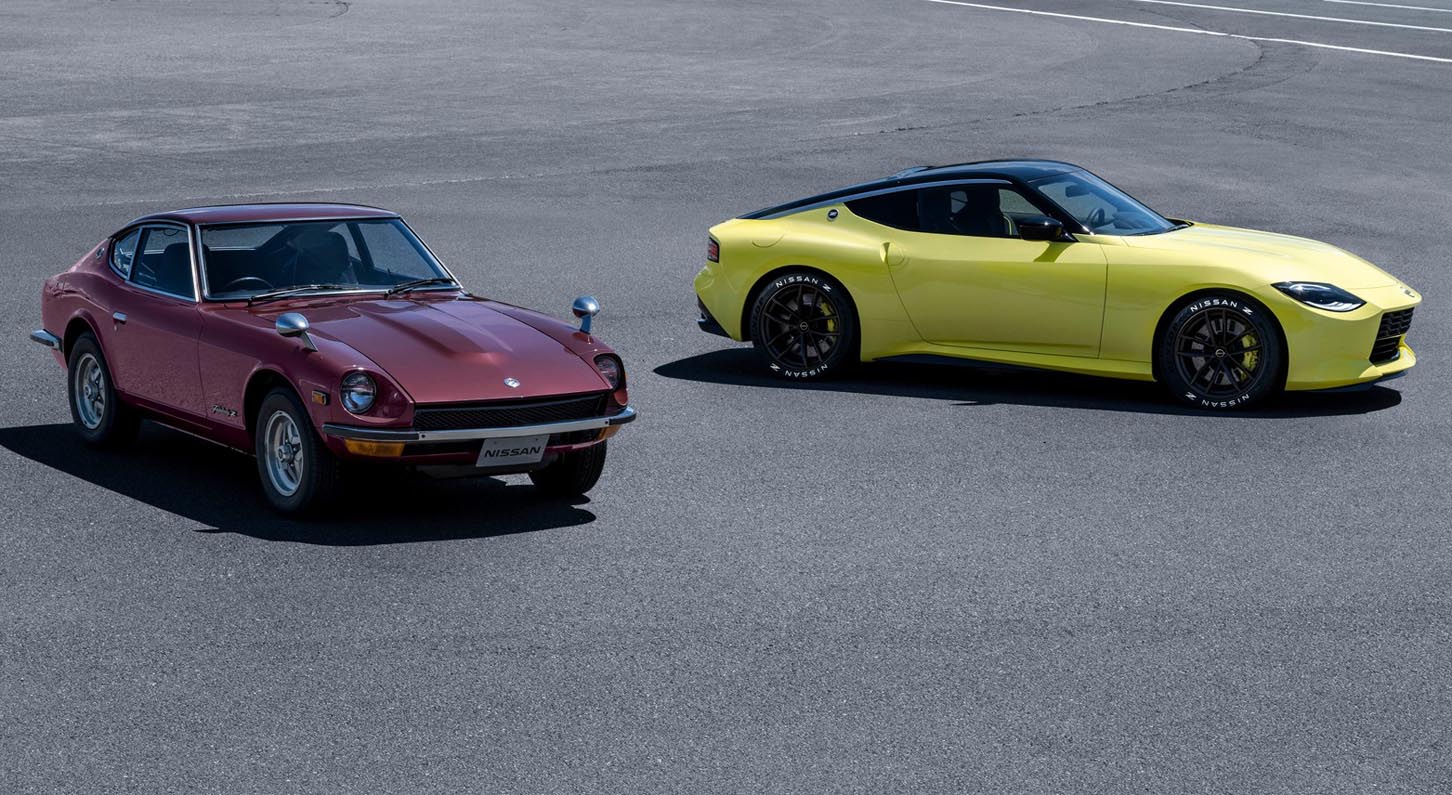 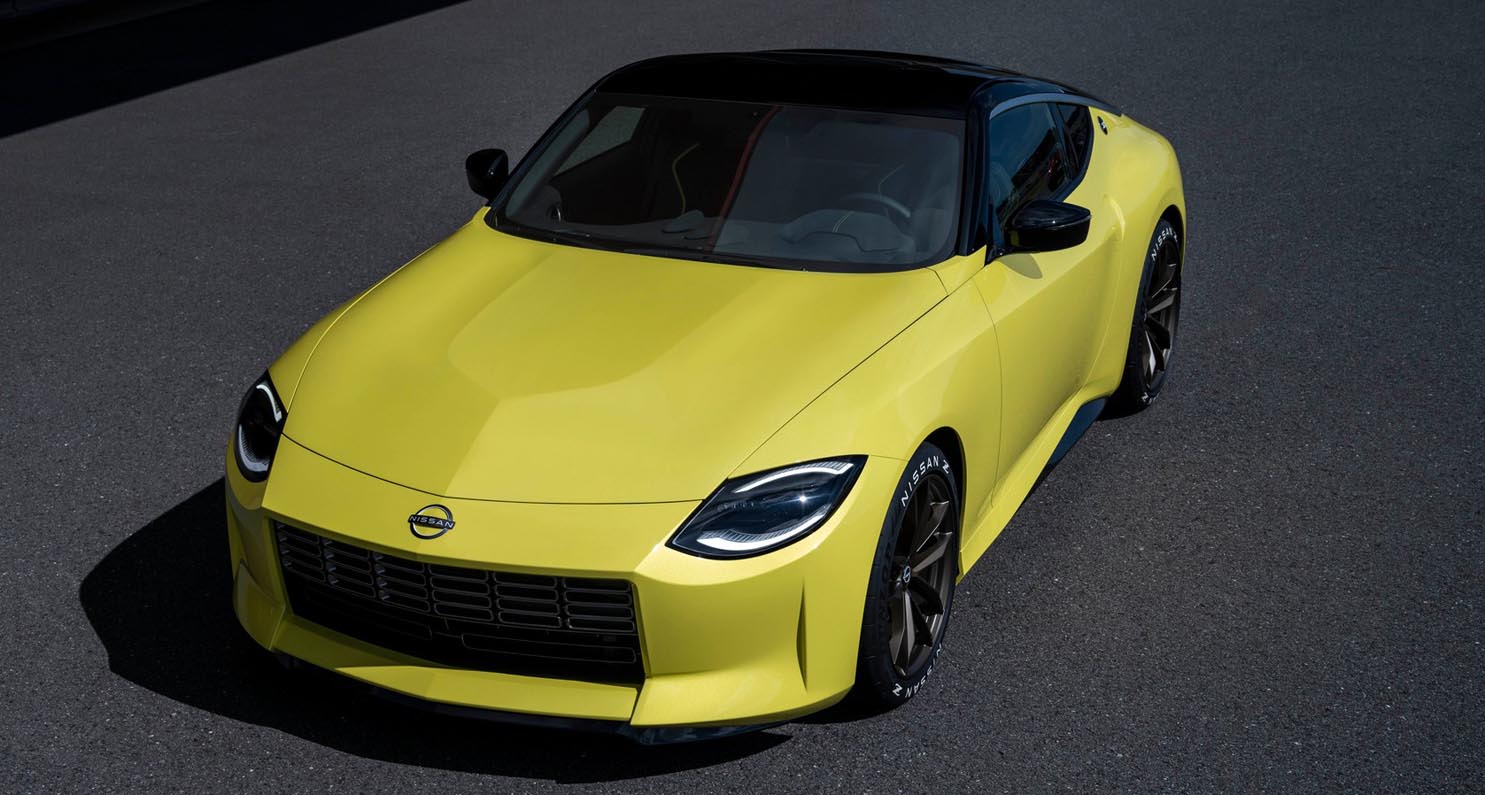 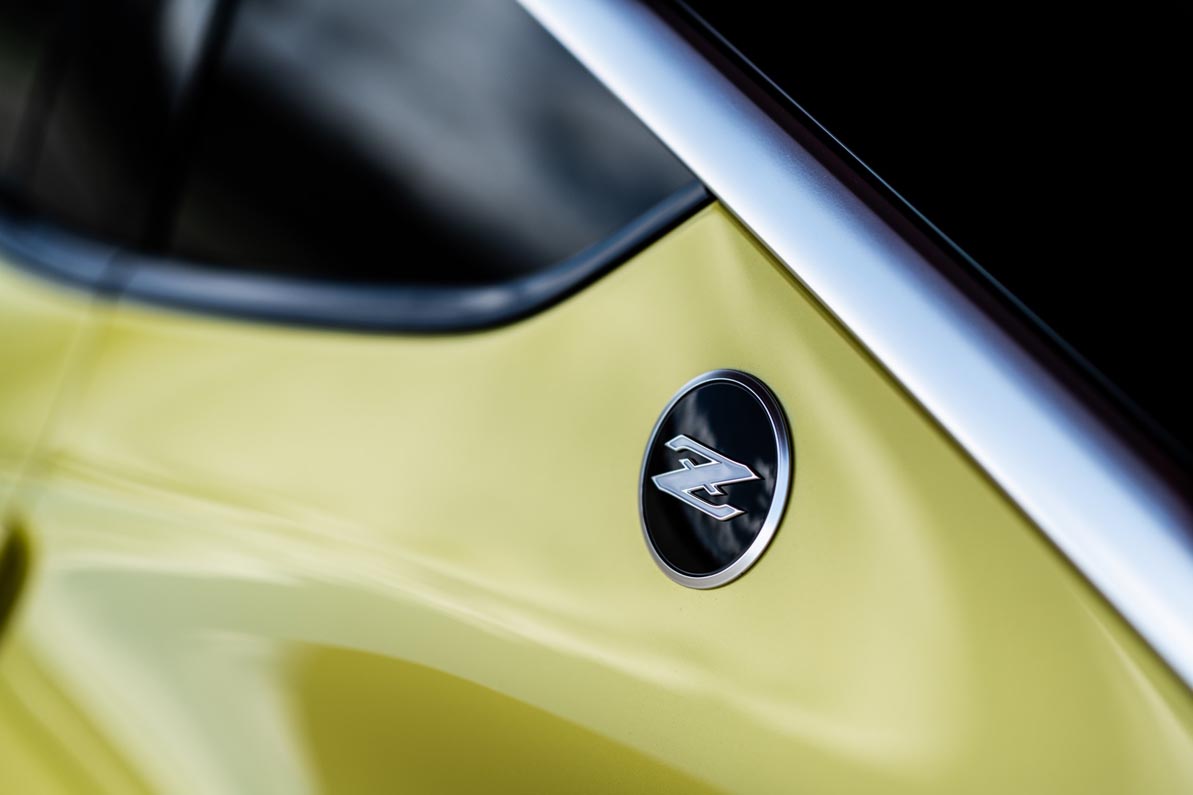 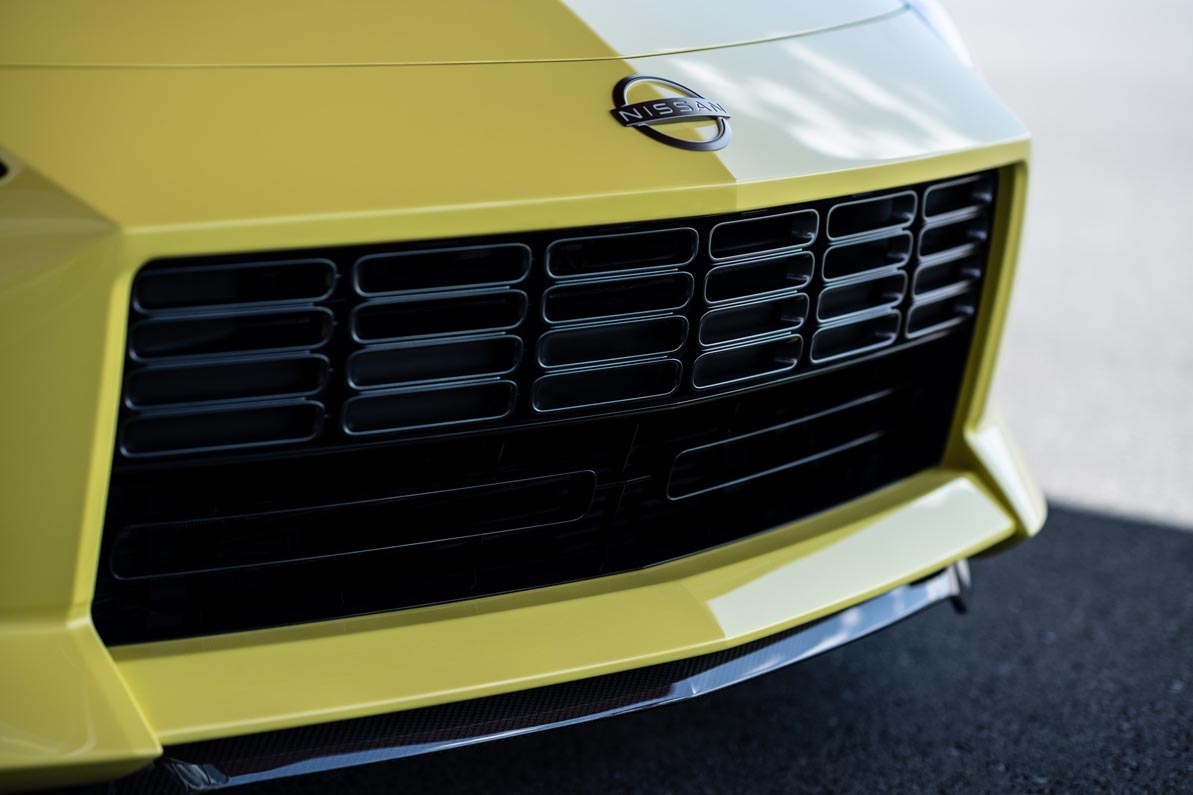 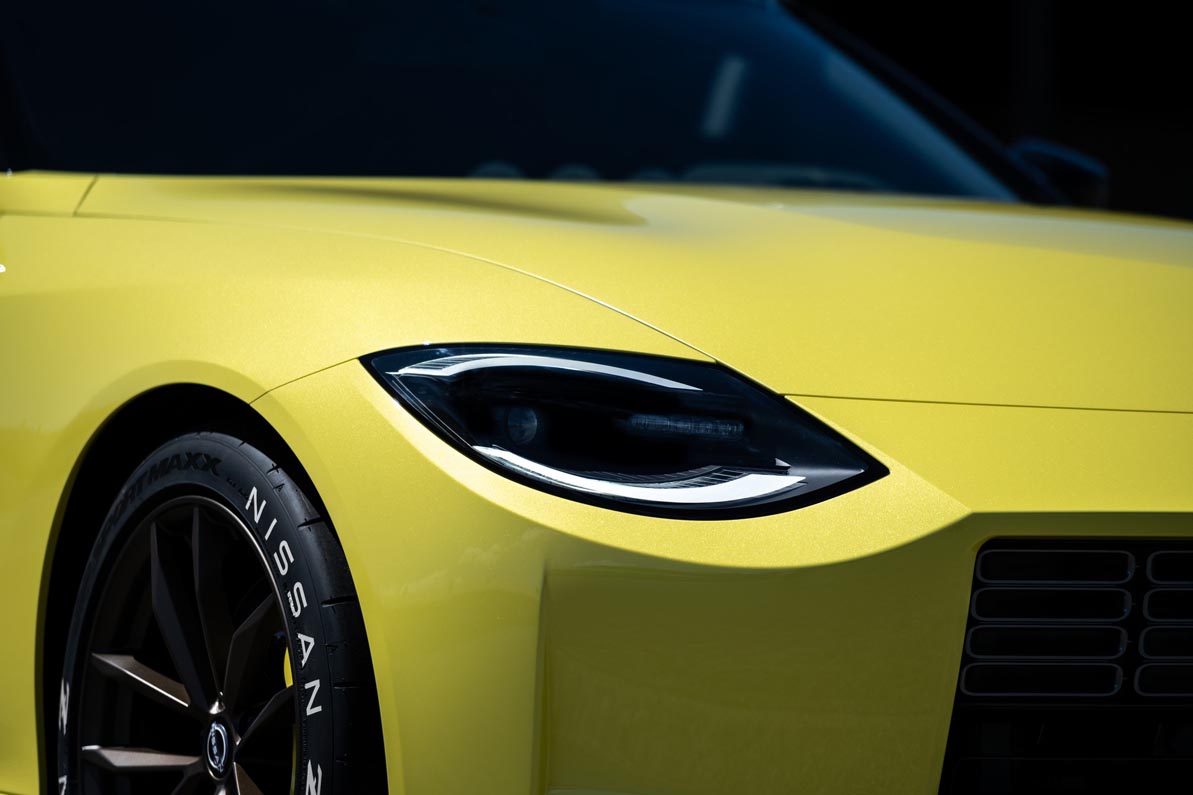 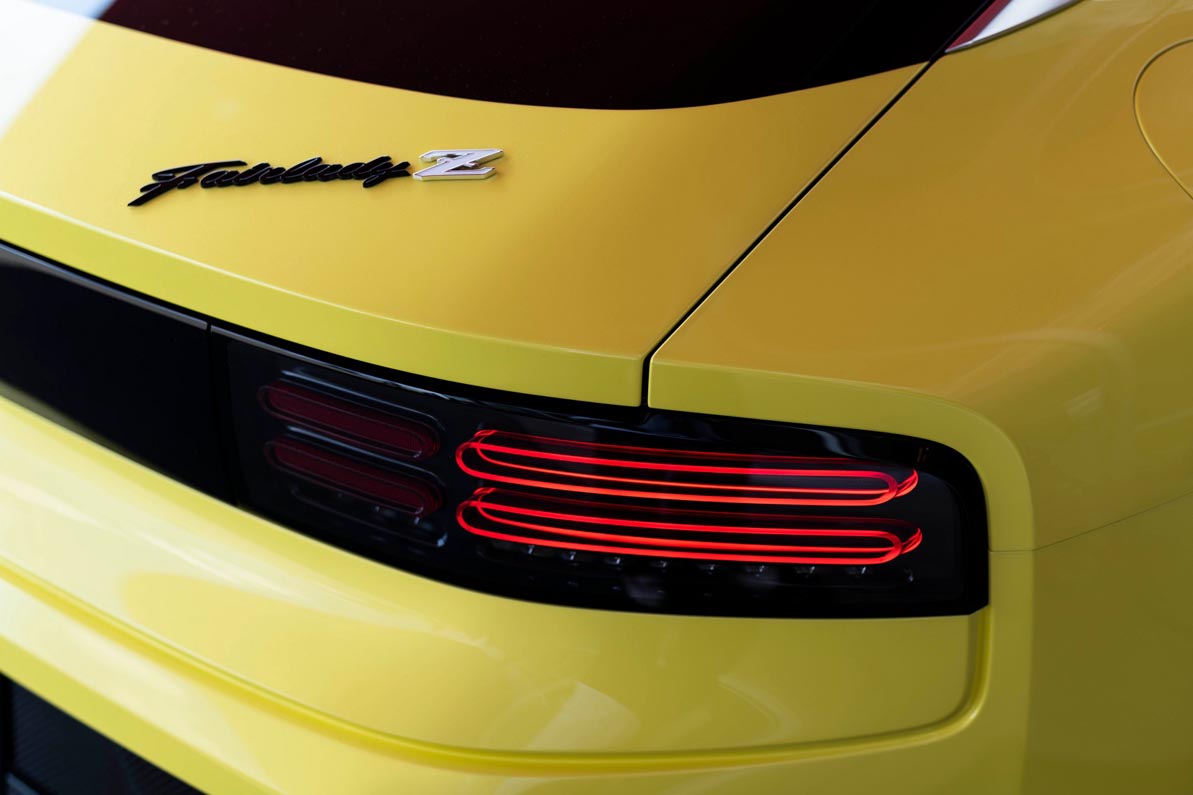 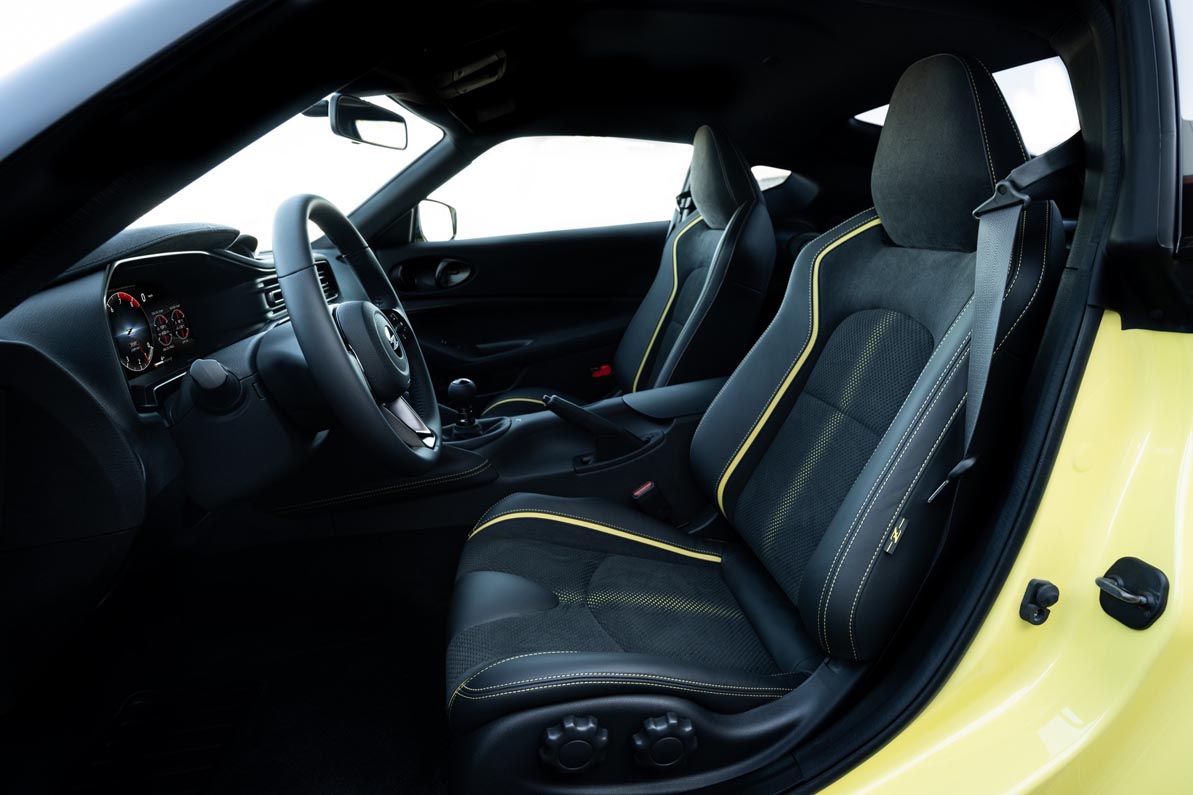 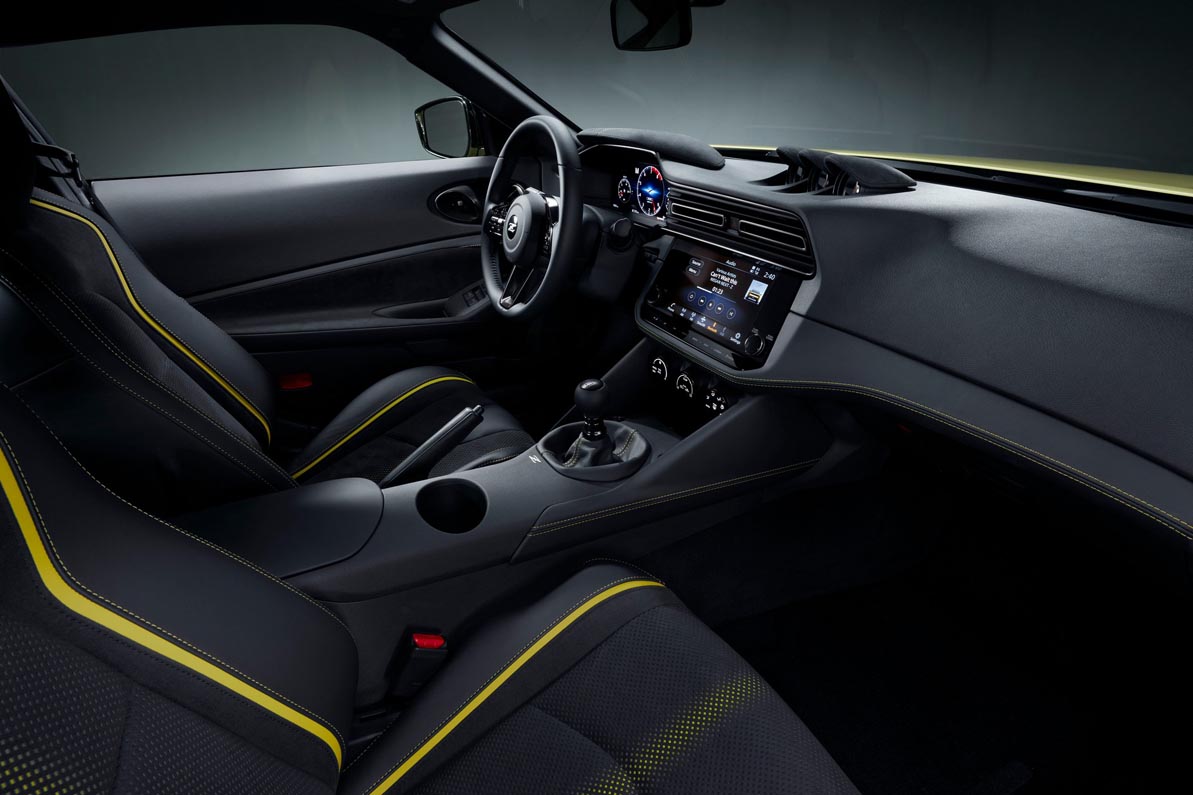 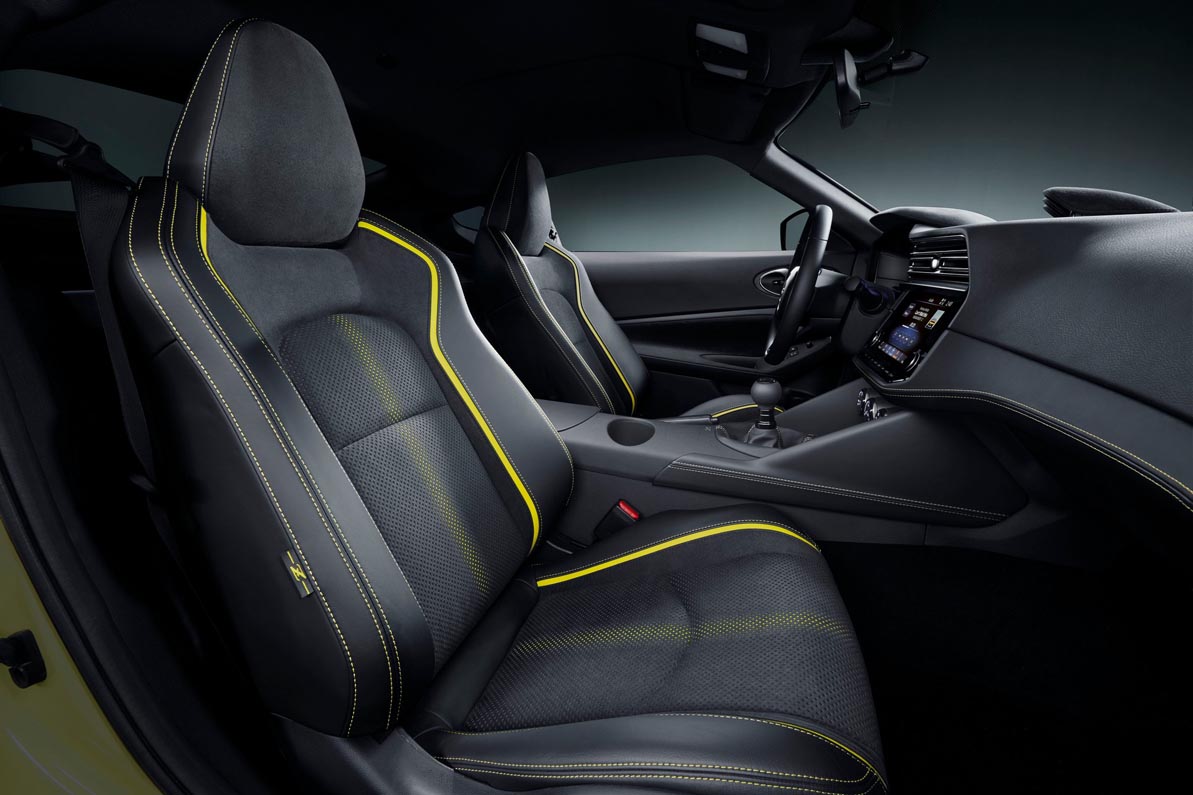 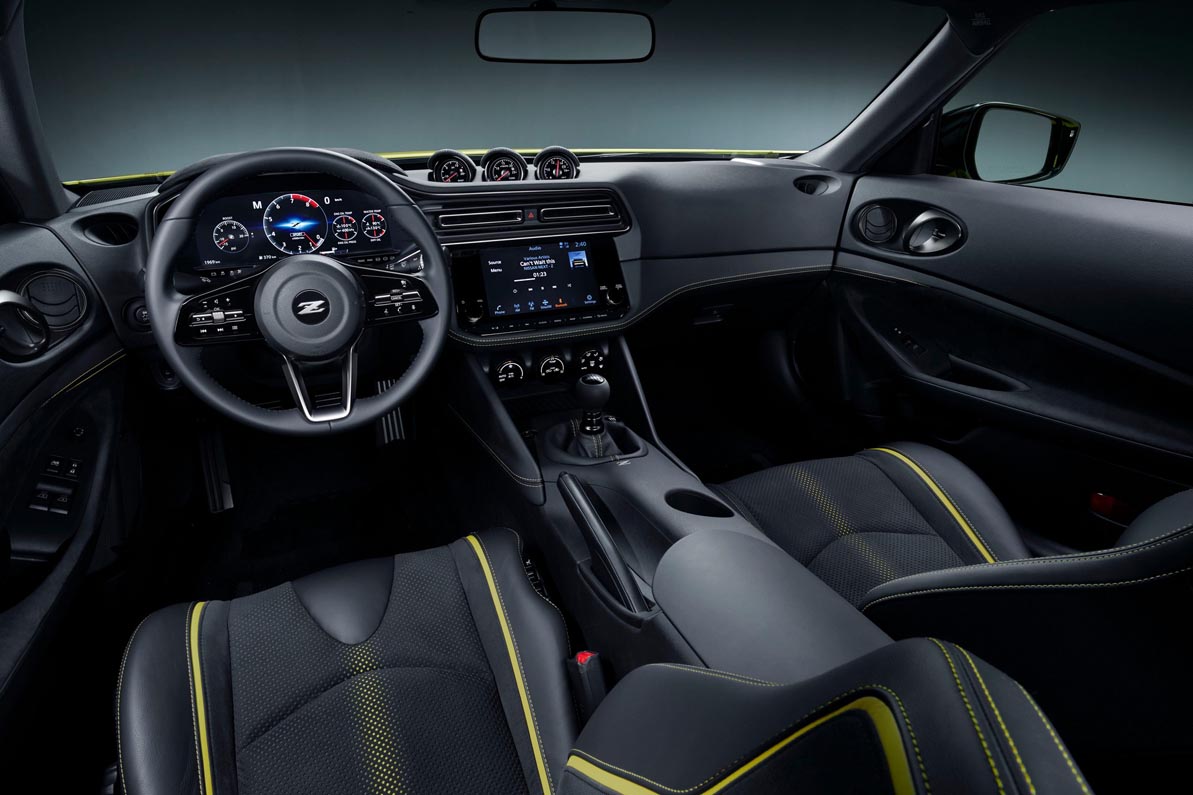