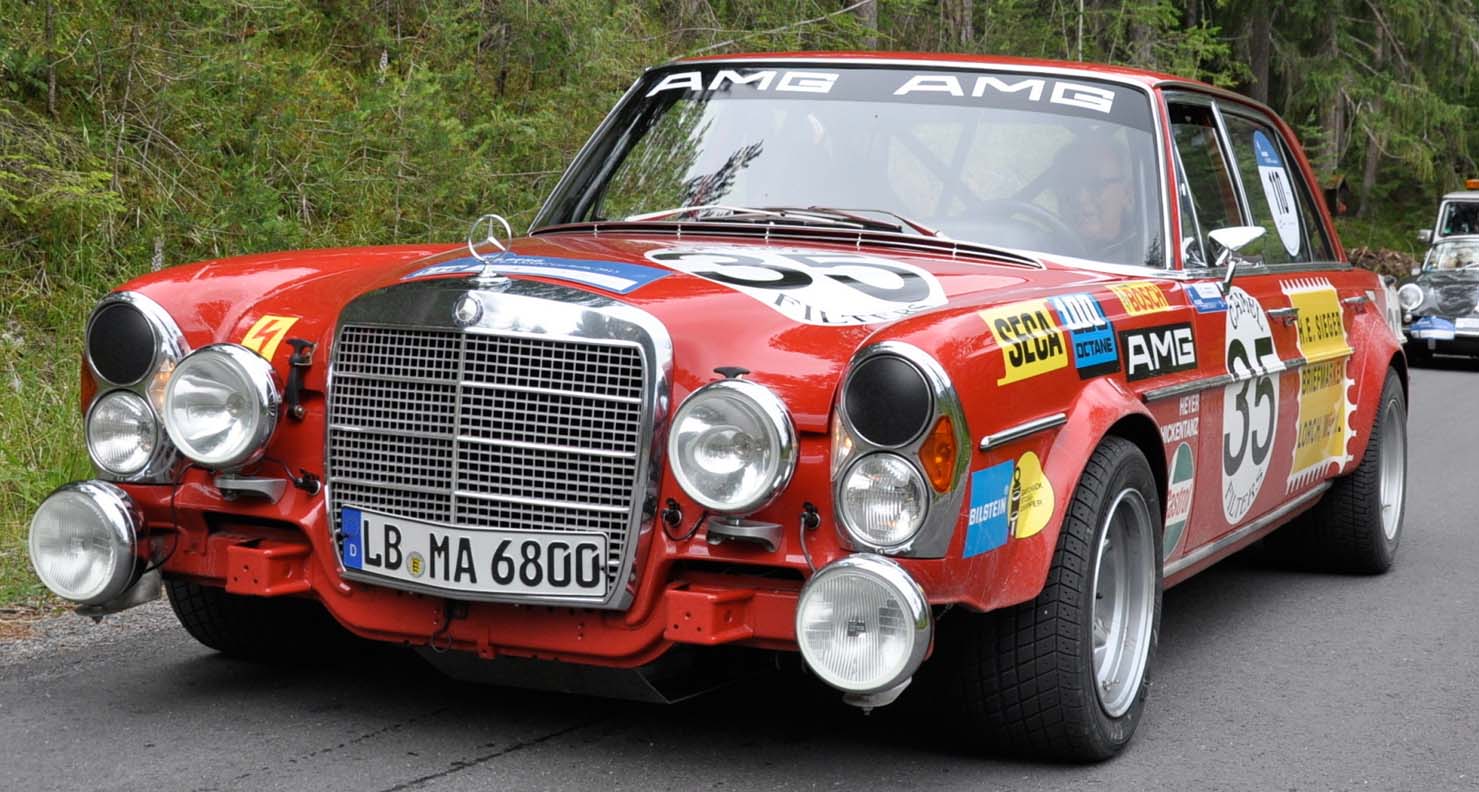 They were unforgettable successes: at the fifth edition of the Mille Miglia in 1931, Rudolf Caracciola and his co-driver, Wilhelm Sebastian, were the non-Italians to win, and did so in a Mercedes-Benz SSKL, against the favoured local heroes. Another underdog story came in 1971 at the 24 Hours of Spa-Francorchamps, in which the first Mercedes-Benz 300 SEL 6.8 AMG took the class victory and came second in the overall ranking with driver duo Hans Heyer/Clemens Schickentanz. Two birthdays: Juan Manuel Fangio was born 110 years ago. The incredible Argentine racing driver was a contemporary of development engineer Rudolf Uhlenhaut, with the two encountering one another at Mercedes-Benz in the 1950s. Uhlenhaut was not just a brilliant engineer, but was also a dab hand in a race car. He was born 115 years ago.

The first decade of the Formula One World Championship, founded in 1950, was dominated by Juan Manuel Fangio. The Argentine became World Champion five times with four different manufacturers, including in 1954 and 1955 with the Mercedes-Benz W 196 R. In the first outing of this race car on 4 July 1954, Fangio won the French Grand Prix in Reims ahead of his teammate Karl Kling. At this point, the World Champion of 1951 in a Maserati was already 43 years old. In 1954, he also won at the European Grand Prix at the Nürburgring, at the Swiss Grand Prix in Bern and at the Italian Grand Prix in Monza, and won the car World Championship quite convincingly.

The 1955 season began with success at the Argentine Grand Prix for the local hero. In the incredible heat, Fangio was the only one to keep going without a change of drivers. Victories at the Dutch and Italian Grands Prix followed and brought him the second World Championship title with Mercedes-Benz. After the withdrawal of Mercedes-Benz from motorsport, he became World Champion with Ferrari in 1956 and Maserati in 1957. In 1958, Fangio ended his career. With 24 victories in 51 grands prix, he attained a success rate of almost 50 per cent. In order to find out who the greatest Formula One driver of all time is, after the first 1,000 grands prix in 2019, the magazine “auto motor und sport” used a comprehensive formula to compare all Formula One drivers with one another. According to that formula, Fangio is the best, ahead of Michael Schumacher and Lewis Hamilton.

Alfred Neubauer, the race director of Mercedes-Benz in the 1930s and 1950s, said of Fangio: “He understood how to achieve the maximum in all conditions and to use his machine economically. That is to say he wasn’t a wild daredevil, but had the ability, tactics and capacity to see the machine as a whole and to adapt this whole to the requirements of that very moment.” His biographer, journalist Günther Molter, characterised the racing driver, who had grown up in modest circumstances, with the following words: “Fangio was always shy, reserved, almost distrustful. And, on the other hand, even as a big star, he was always modest, unassuming and human.” The great racing driver died on 17 July 1995 in Buenos Aires.

Rudolf Uhlenhaut was an all-rounder. He was not only a gifted engineer, but also a brilliant driver. At Mercedes-Benz he was able to bring both passions to life. He was born in 1906 in London, to an English mother and a German father, who ran the local branch of Deutsche Bank there. He lived in Great Britain until the family moved to Brussels in 1914, to Berlin in 1919 and later to Bremen. He studied Mechanical Engineering in Munich.

In 1931, the qualified engineer joined the testing department of what was then Daimler-Benz AG and initially dealt with the chassis and suspension set-up of the Mercedes-Benz 170 V (W 136) introduced in 1936. Motorsport was also affiliated there. In September 1936, Uhlenhaut became the technical director of the racing department – and would continue to shape race cars right into the 1950s. This meant that from 1937 the Silver Arrows and the record cars, and therefore also the successes of the brand, all bore his signature. After the Second World War, Uhlenhaut continued this brilliant work with the 300 SL racing sports car (W 194), the new W 196 R Formula One racing car and the 300 SLR (W 196 S) racing sports car. It helped that he was himself a brilliant driver even at the highest speeds. Race director Alfred Neubauer described him as “the only designer who ever understood how to personally drive a heavy car at race speed around a track. He does not need to rely on the assessments of the drivers”. His lap times were on the level of a professional driver.

Uhlenhaut also used these skills for the development of many Mercedes-Benz series vehicles – the other field of work of the leading engineer. He himself actually said: “It is much harder to design a good passenger car than a racing car. A racing car has to win races. A passenger car must be robust, must be comfortable, must look good, must have good suspension, must be affordable … and much more.” As passenger car development director, Uhlenhaut shaped many series vehicles by Mercedes-Benz and his period of influence spanned nearly 40 years, covering several vehicle eras. At the end of his career, he even designed the Mercedes-Benz S-Class of model series 116, which was presented in 1972, the year of his retirement. His technical expertise was paired with the clear and, at the same time, modest demeanour of a cosmopolitan gentleman. He had a mother tongue to match as he spoke fine English. Rudolf Uhlenhaut performed great services for the company on the international stage with much expert knowledge, charisma and charm. He died on 8 May 1989 in Stuttgart.

In 1931, 151 teams registered for the road race, including Rudolf Caracciola and his co-driver Wilhelm Sebastian. In economically difficult times they participated not as a factory team, but as a private team. They raced in the legendary Mercedes-Benz SSKL (“Super-Sport-Kurz-Leicht” or super-sport-short-light, W 06 RS). It was the fourth and final model of the legendary S series, of which just four were built exclusively for racing. The roads to Rome were narrow, leading over passes, and only on the way back to the start and finish town of Brescia was Caracciola able to drive at full throttle for many kilometres. The team reached the finish line in a record time of 16 hours, 10 minutes and 10 seconds and with an average speed of 101.6 km/h.

Stirling Moss and Denis Jenkinson have held the Mille Miglia record for eternity since 1955. In their Mercedes-Benz 300 SLR (W 196 S), they covered the famous road race in 10 hours, 7 minutes and 48 seconds and beat their teammate Juan Manuel Fangio. Their average speed of 157.65 km/h has not been surpassed since.

The Mercedes-Benz 300 SEL 6.8 AMG will be exhibited from 20 July to 19 September 2021 in the atrium of the Mercedes-Benz Museum, allowing it to be experienced free of charge.

It was the first internationally noted success in motorsport for AMG: at the 24 Hours of Spa-Francorchamps, the Mercedes-Benz 300 SEL 6.8 AMG finished second overall with drivers Hans Heyer and Clemens Schickentanz and took the class victory. In a field of around 80 participants, the heavy saloon, weighing 1,635 kilograms, was definitely an underdog. Yet the characteristics of the old, 14,863-kilometre course of Spa-Francorchamps benefited the luxury saloon. On the long straights, Heyer and Schickentanz were able to overtake their competitors, but lost many seconds when braking and in the corners. This was balanced out at the fastest race track in Europe near Monza, where the Mercedes-Benz, dubbed the “red pig” by fans, was always in the leading group. When, after 24 hours, only 18 vehicles reached the finish line, the newcomer was in second place. It was only beaten by the Ford Capri RS 2600 of Dieter Glemser and Alex Soler-Roig. Glemser, Mercedes-Benz factory driver from 1963 to 1965, is a Brand Ambassador for the company today.

Mercedes-Benz was a long way from factory involvement in racing in the 1970s. But AMG wanted to privately use a competition touring car to make a name for the young company. AMG boss Hans Werner Aufrecht chose the Mercedes-Benz 300 SEL 6.3 (W 109), presented in 1968, as a base vehicle. With an increased displacement of the eight-cylinder engine from 6.3 to 6.8 litres, the drivetrain, prepared by AMG co-founder Erhard Melcher, produced 315 kW (428 hp) in the race and offered an impressive torque of 620 newton metres. The top speed of the four-door saloon was 265 km/h.

The base vehicle was provided by a car damaged in an accident and a new bodyshell. Two years of detail work created a touring car that was 195 kilograms lighter than the series model. After the race, the German evening news, ARD Tagesschau, even reported on the success. The “auto, motor und sport” magazine euphorically called it a “stroke of Swabian genius”. The name recognition of AMG increased overnight. The original vehicle used was later converted for test drives of aircraft tyres and no longer exists. 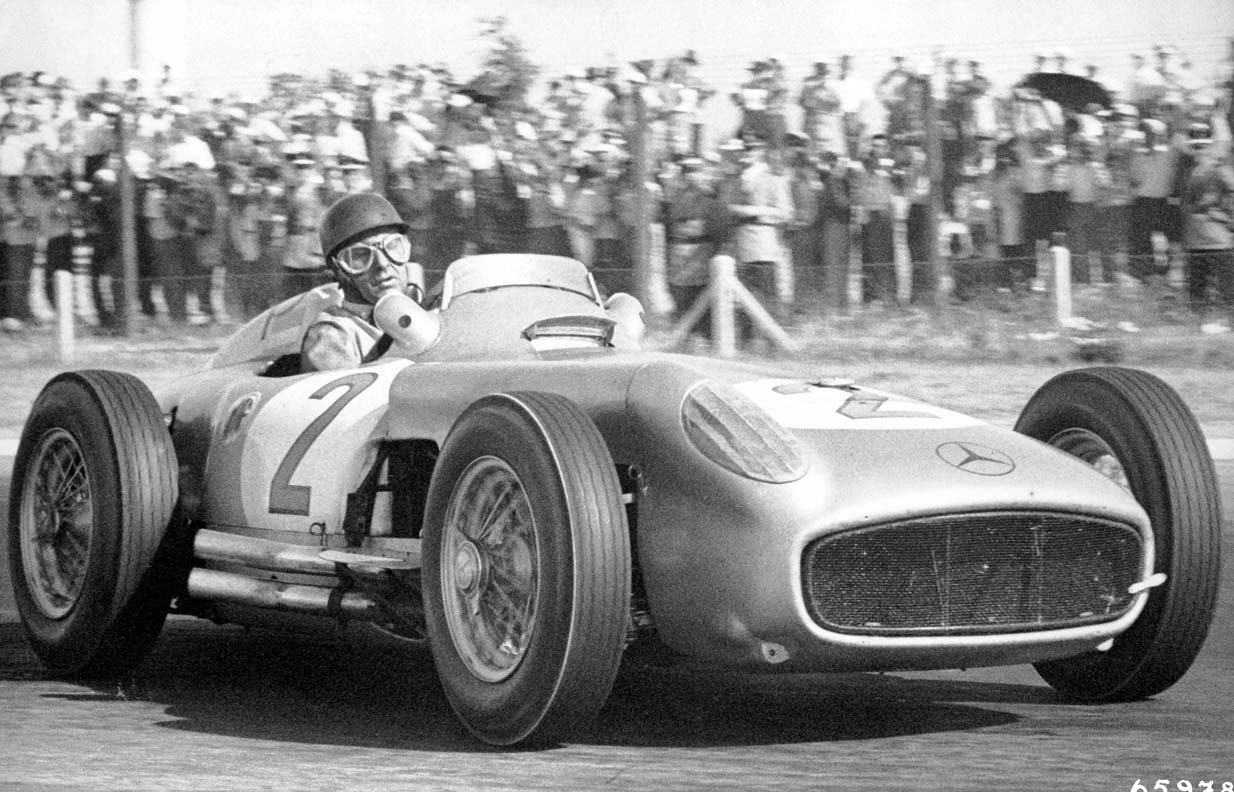 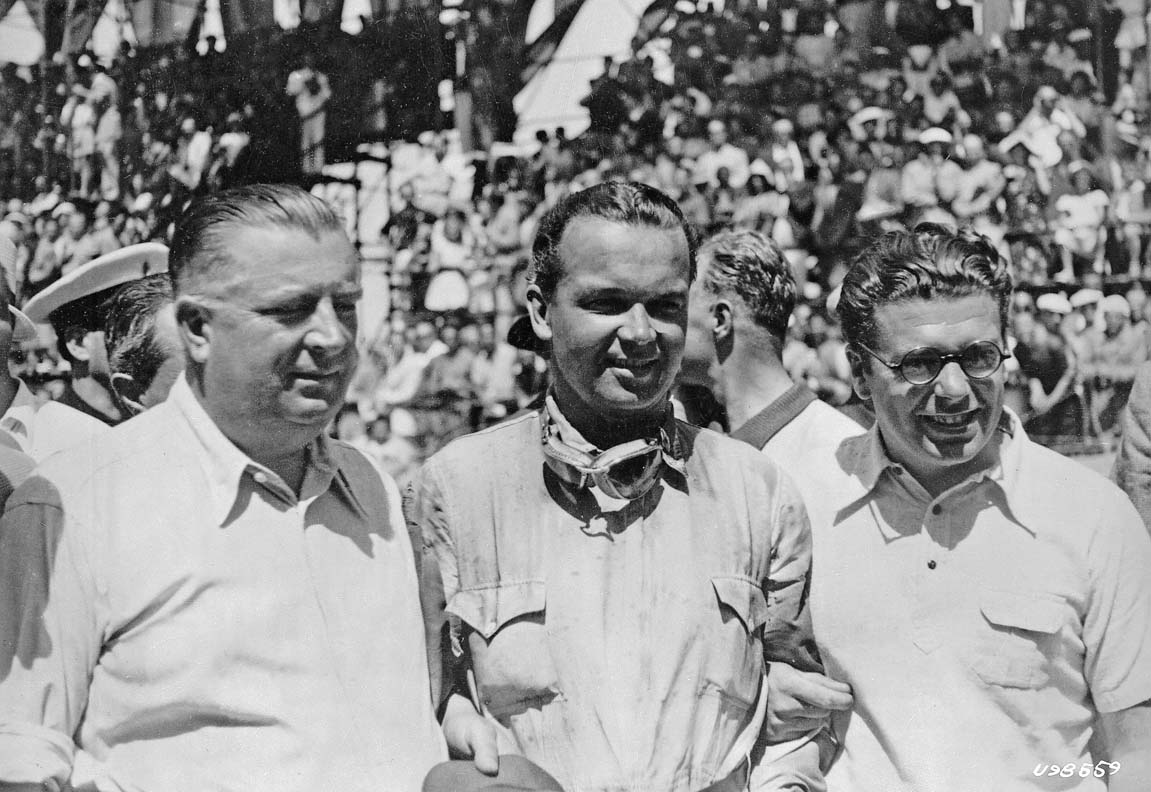 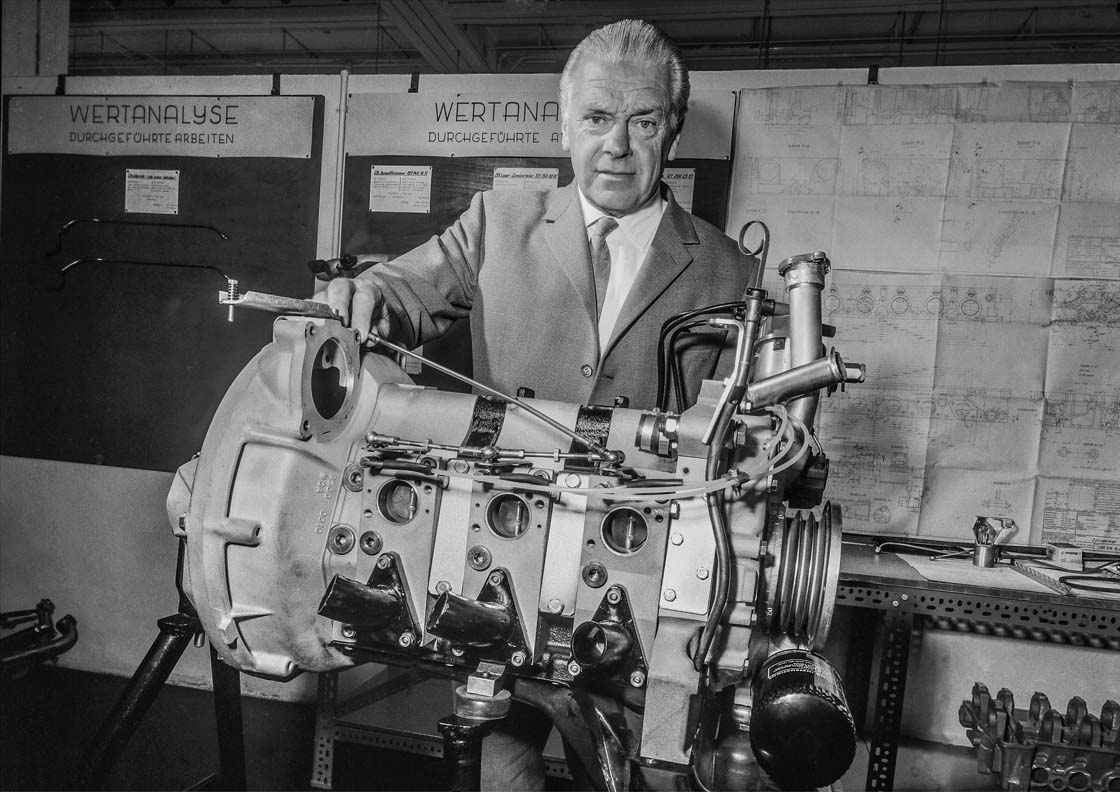 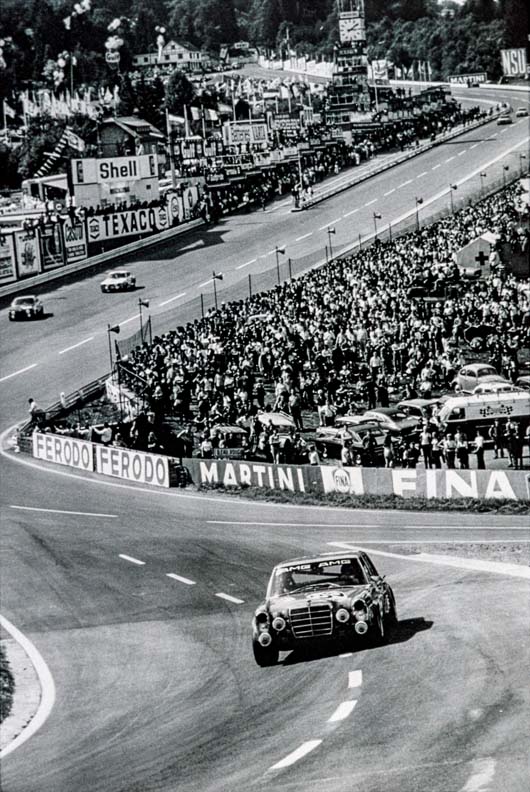 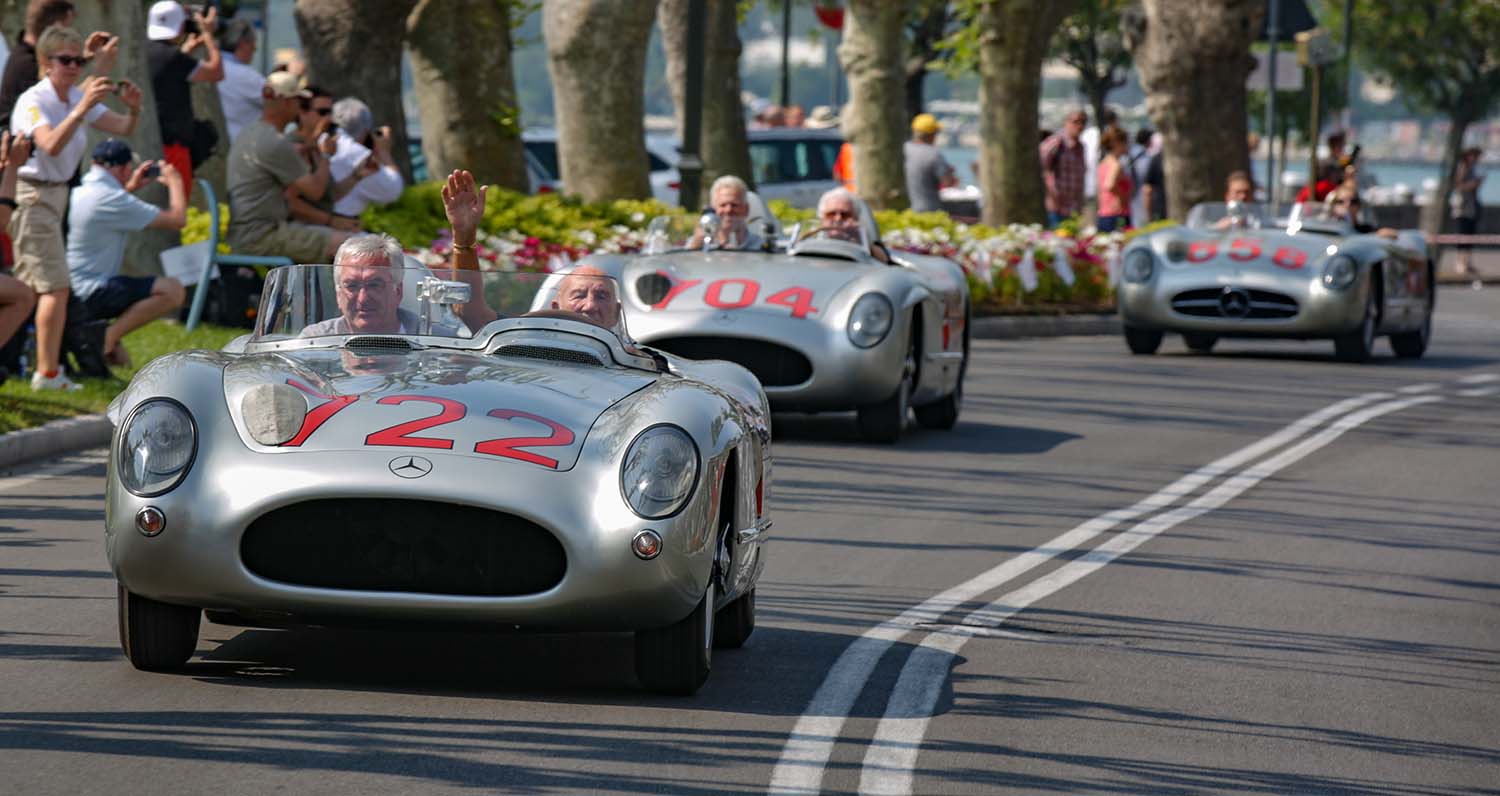 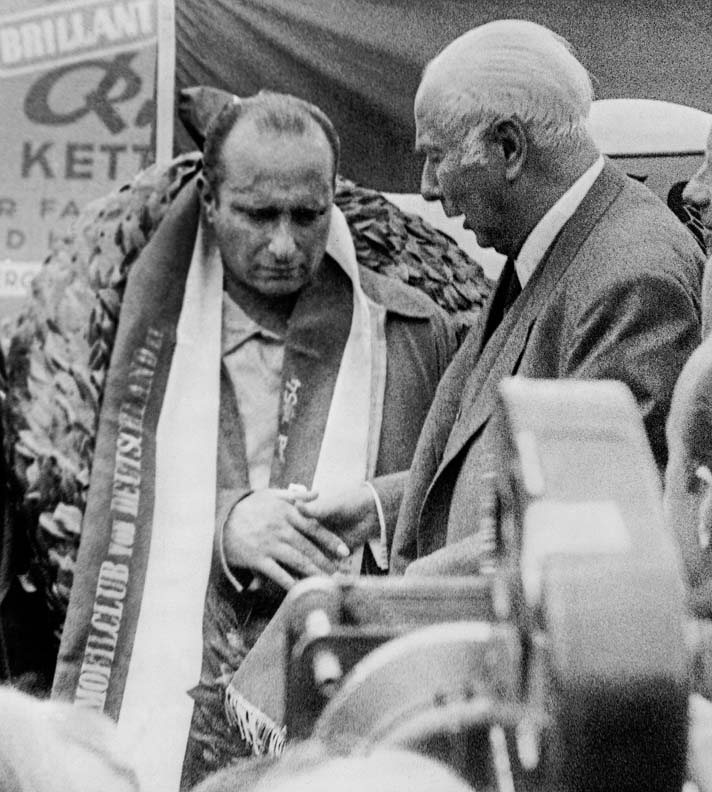 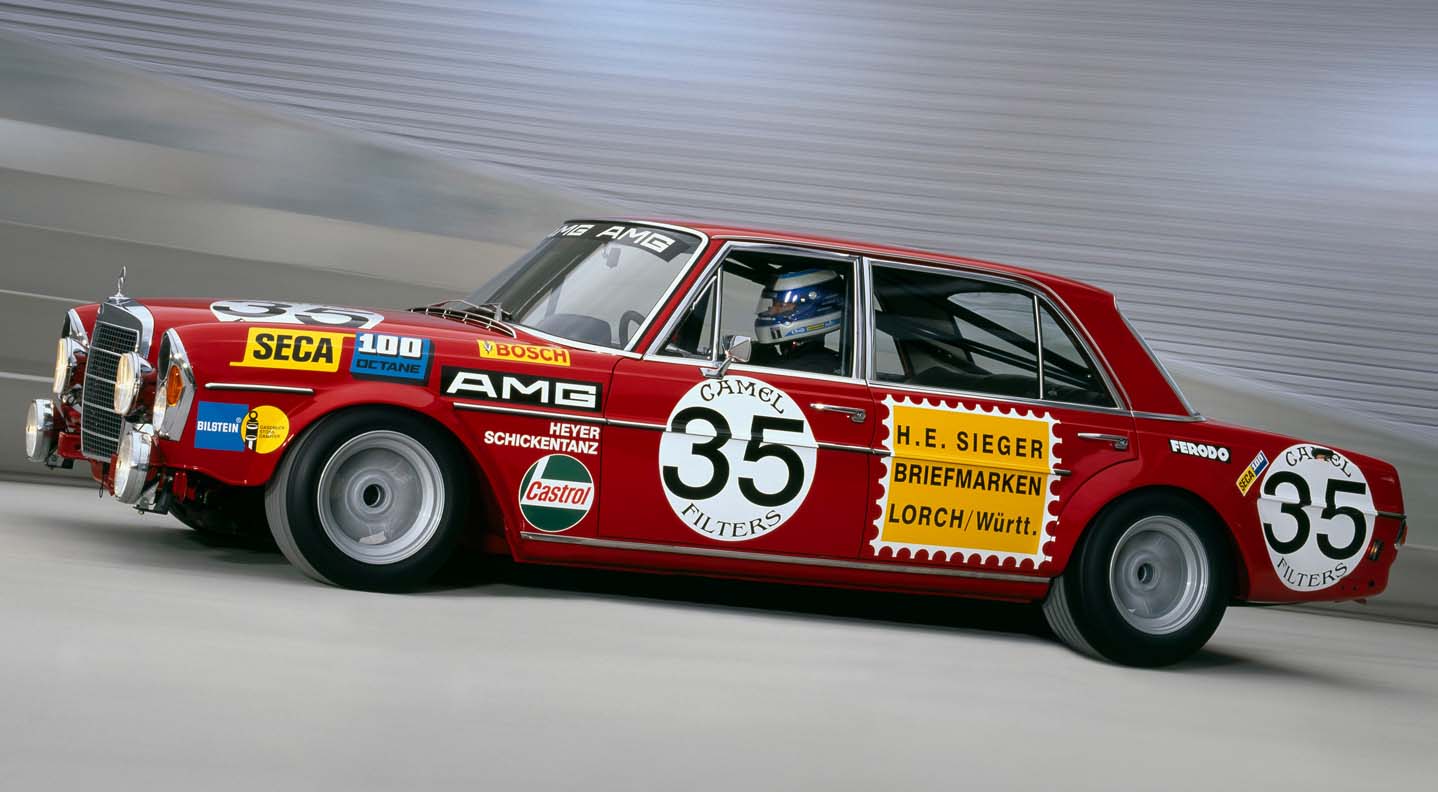 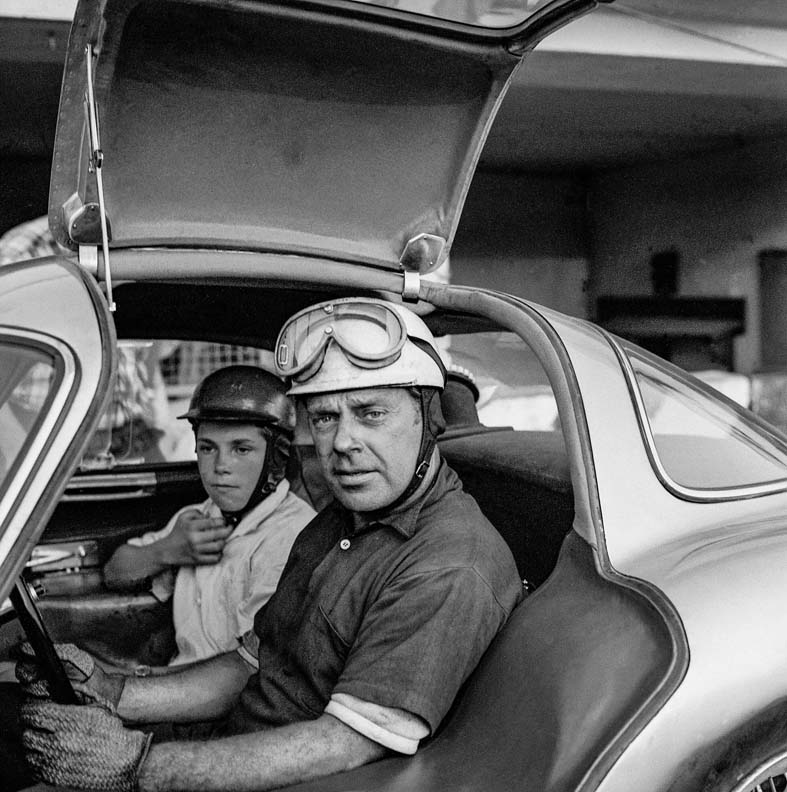 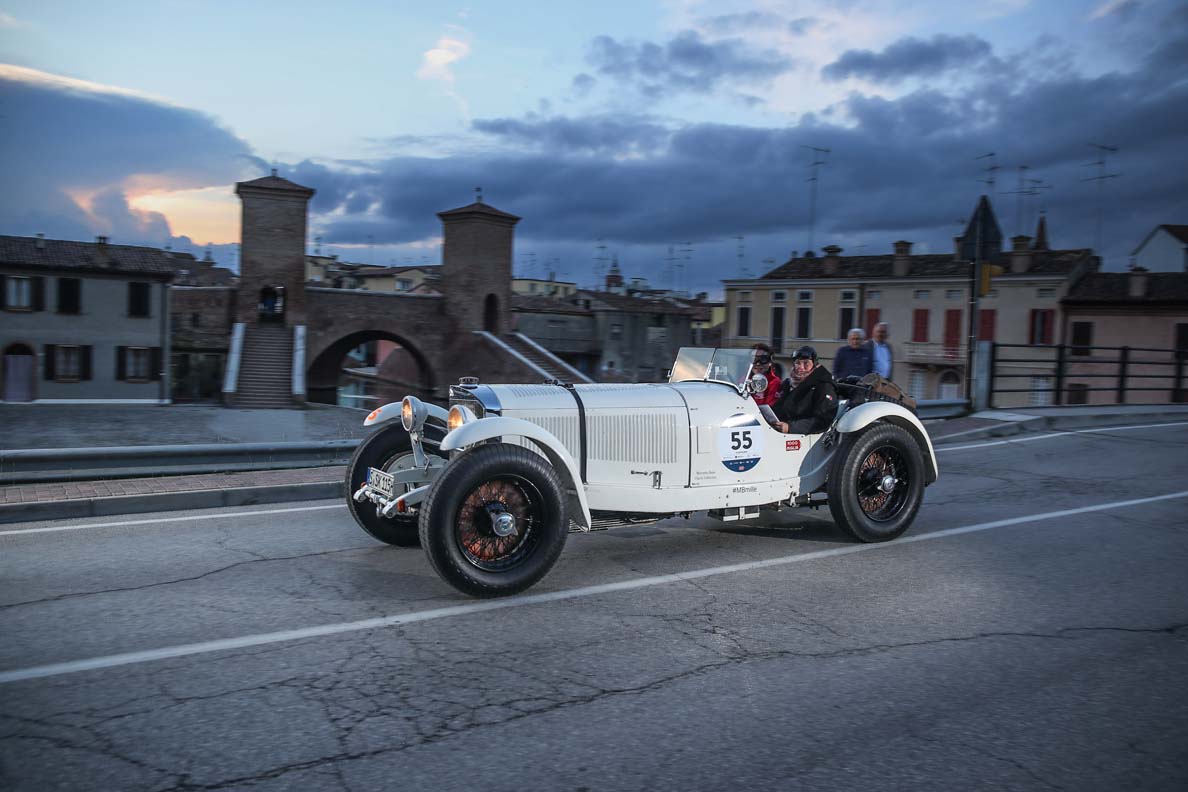 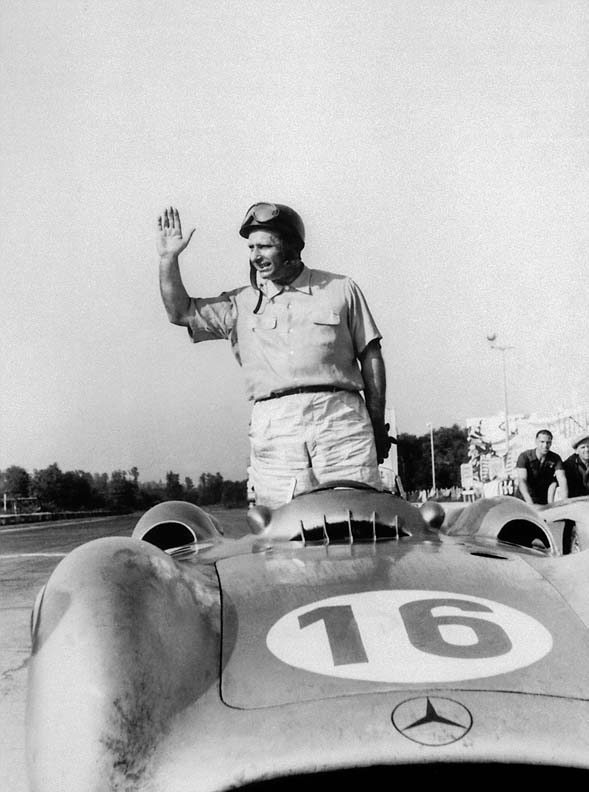 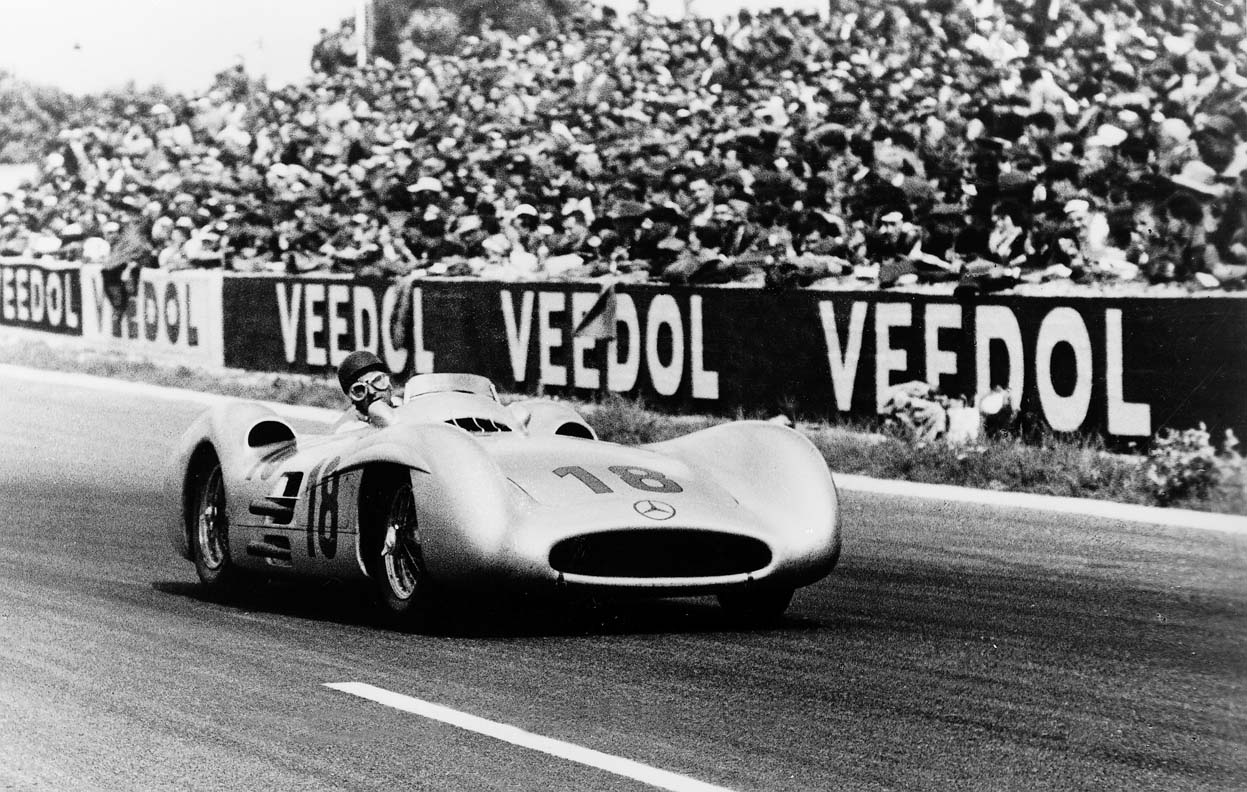 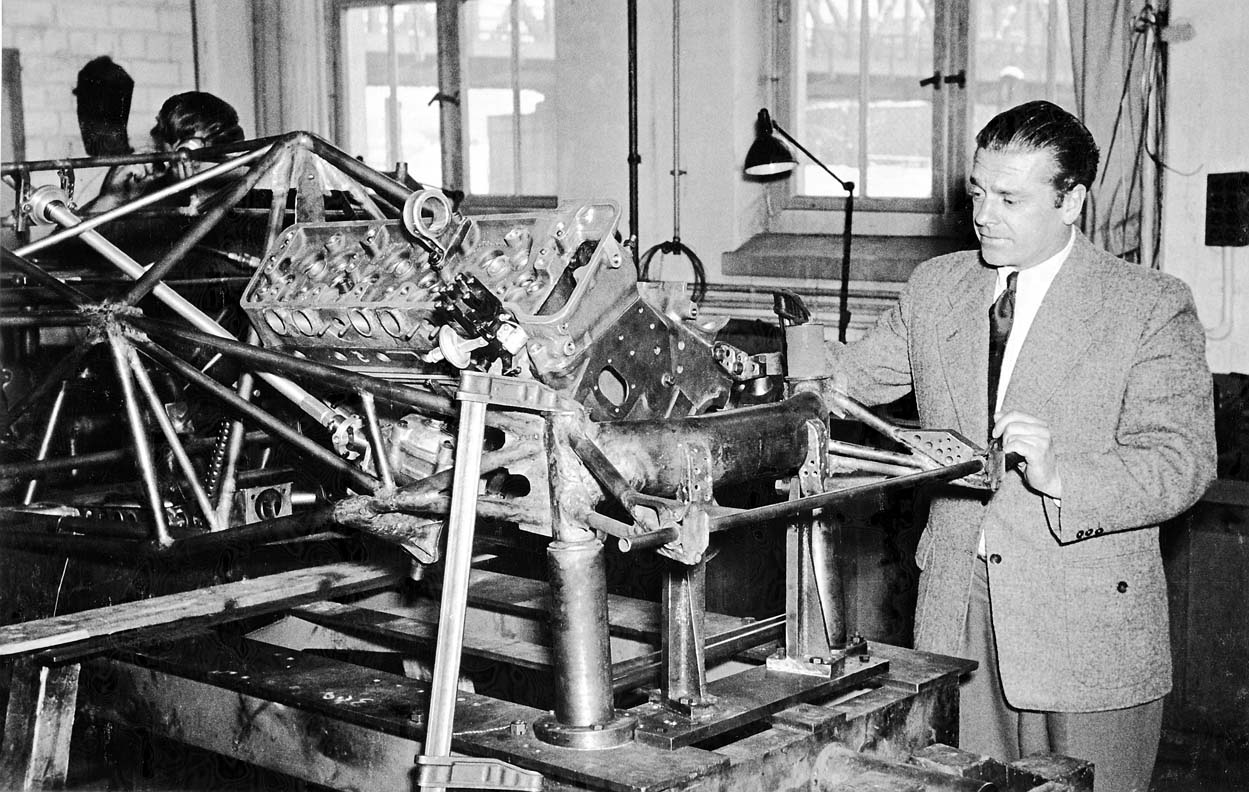 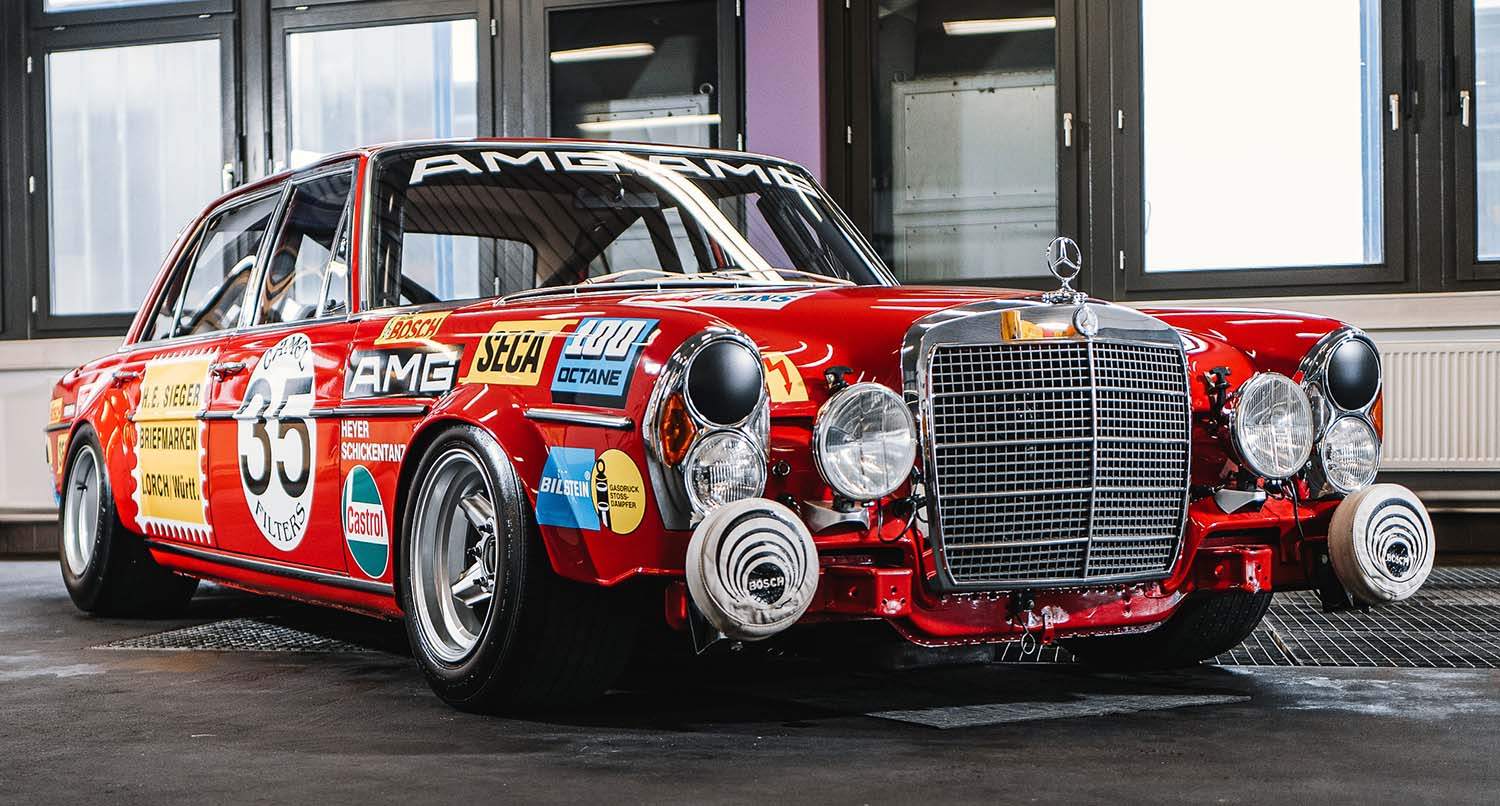 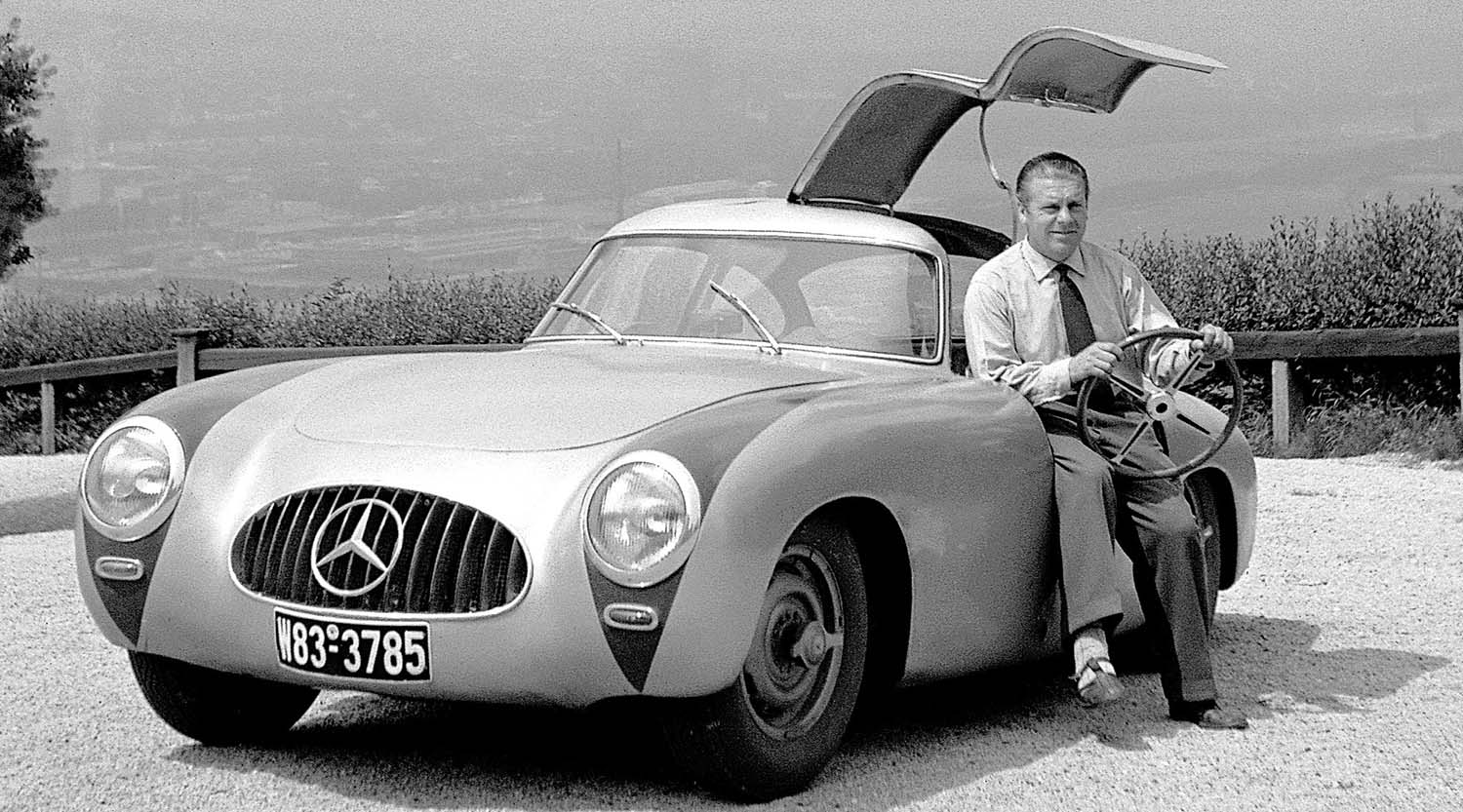 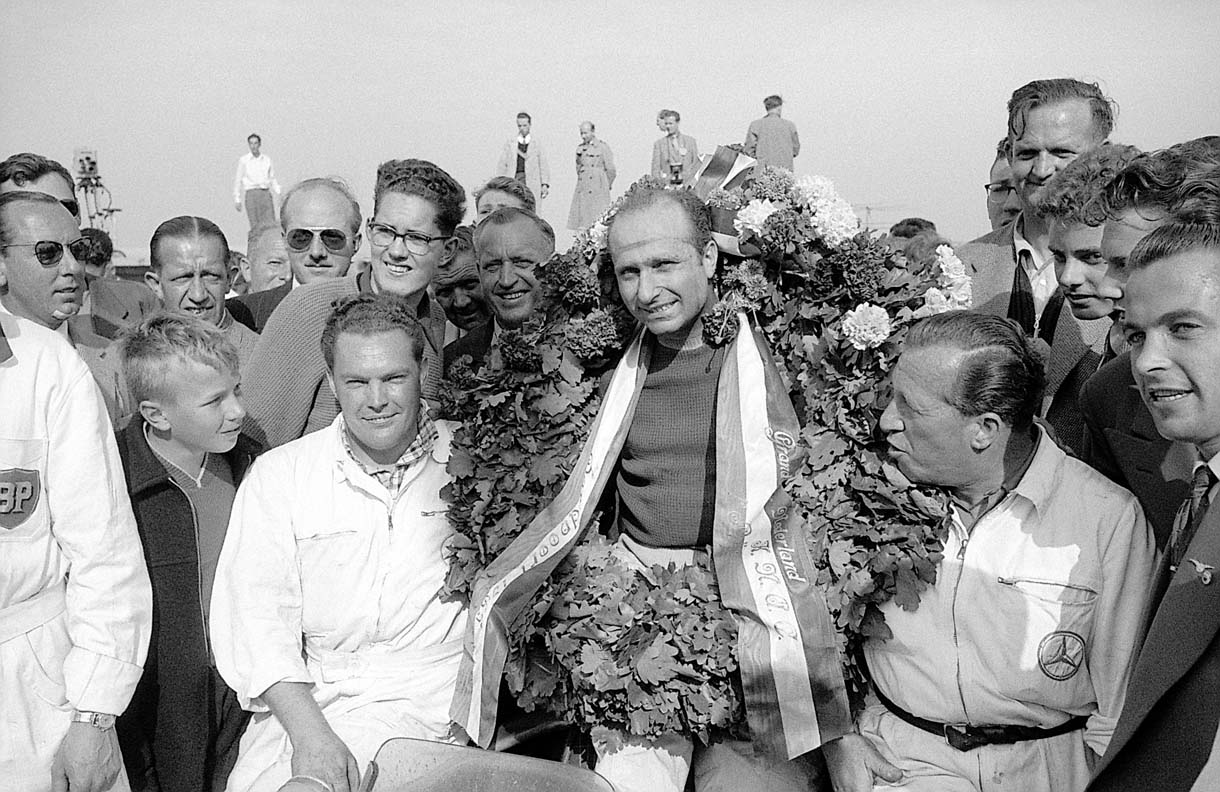 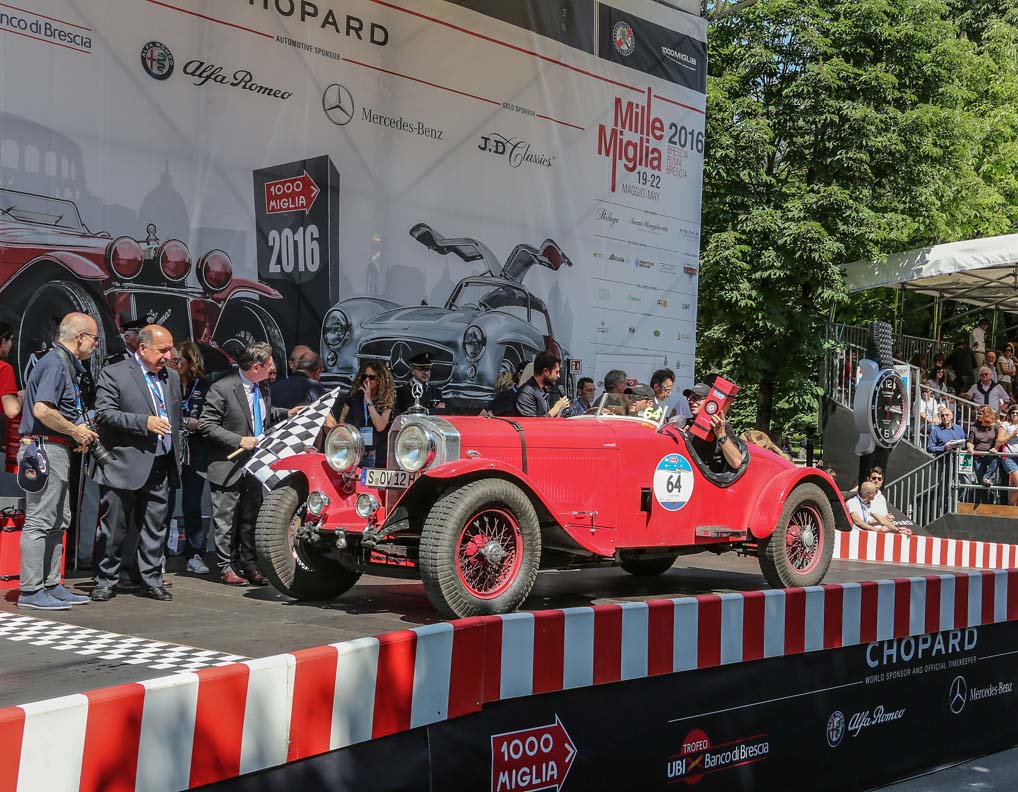 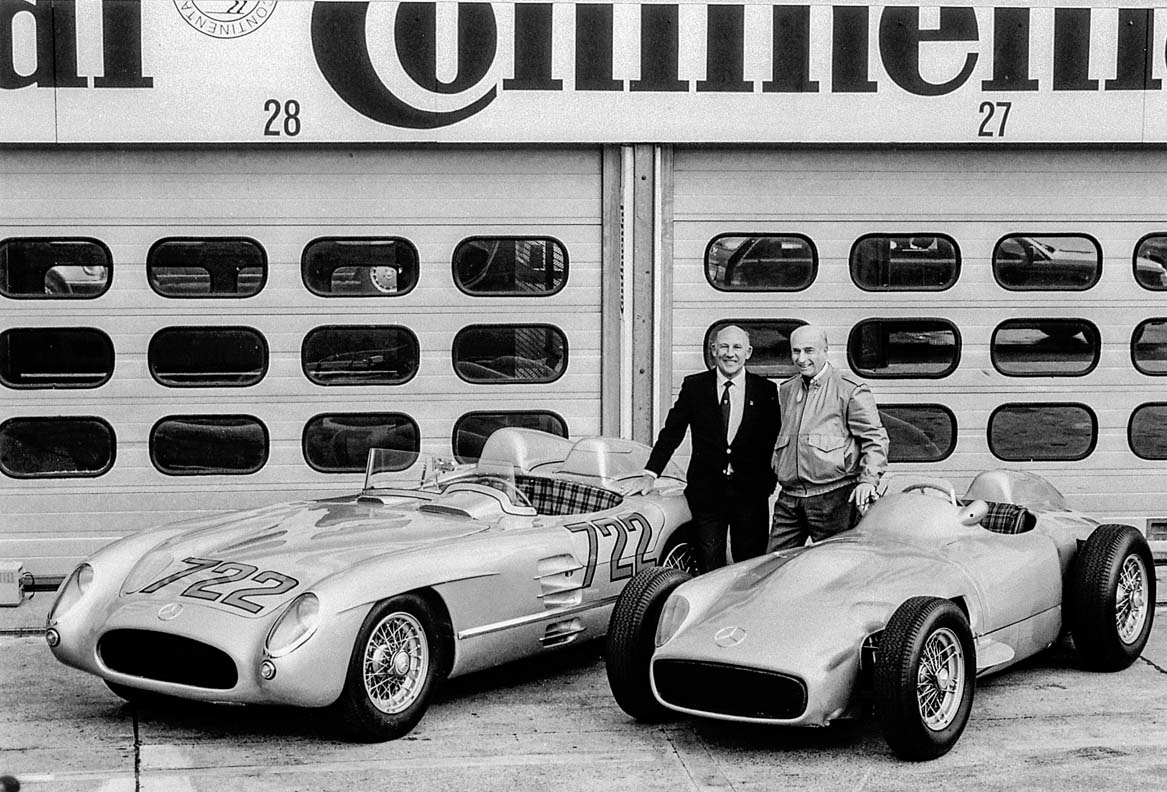 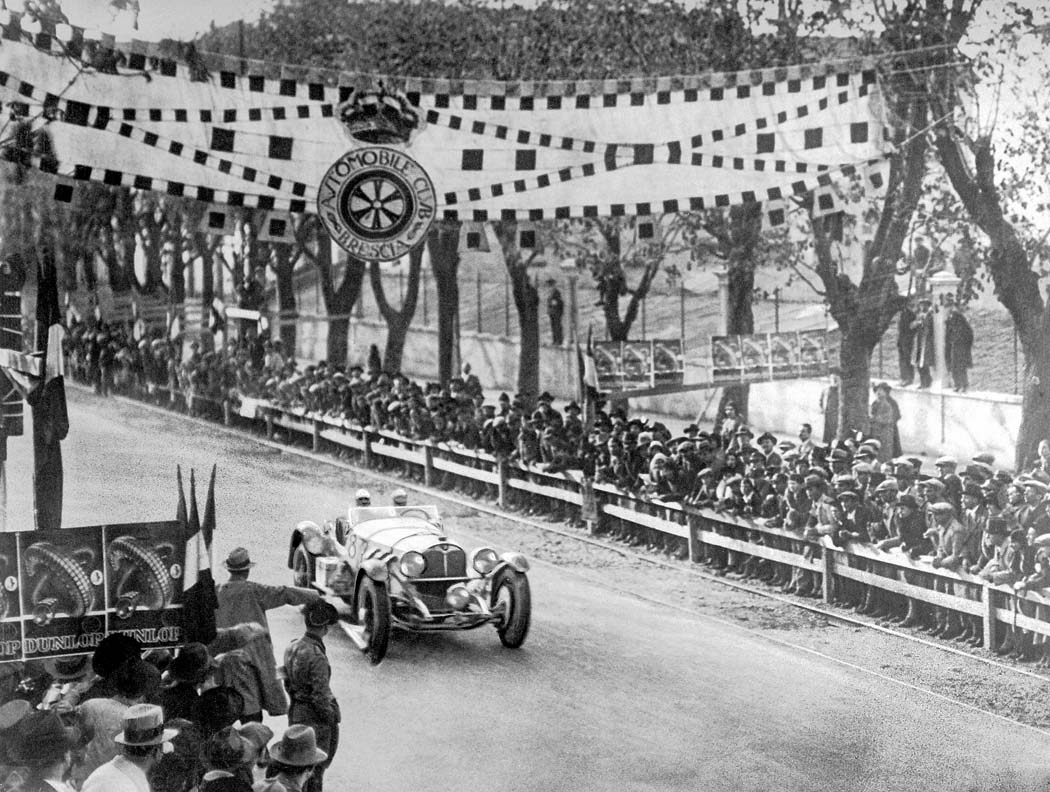 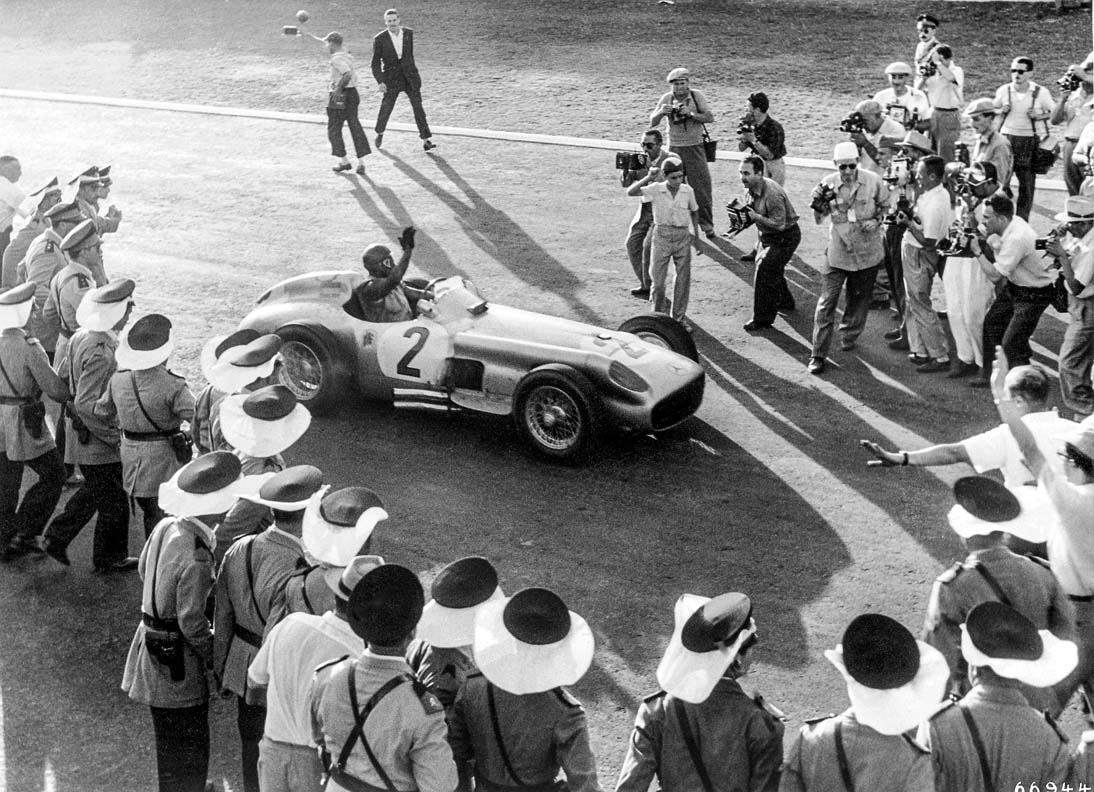 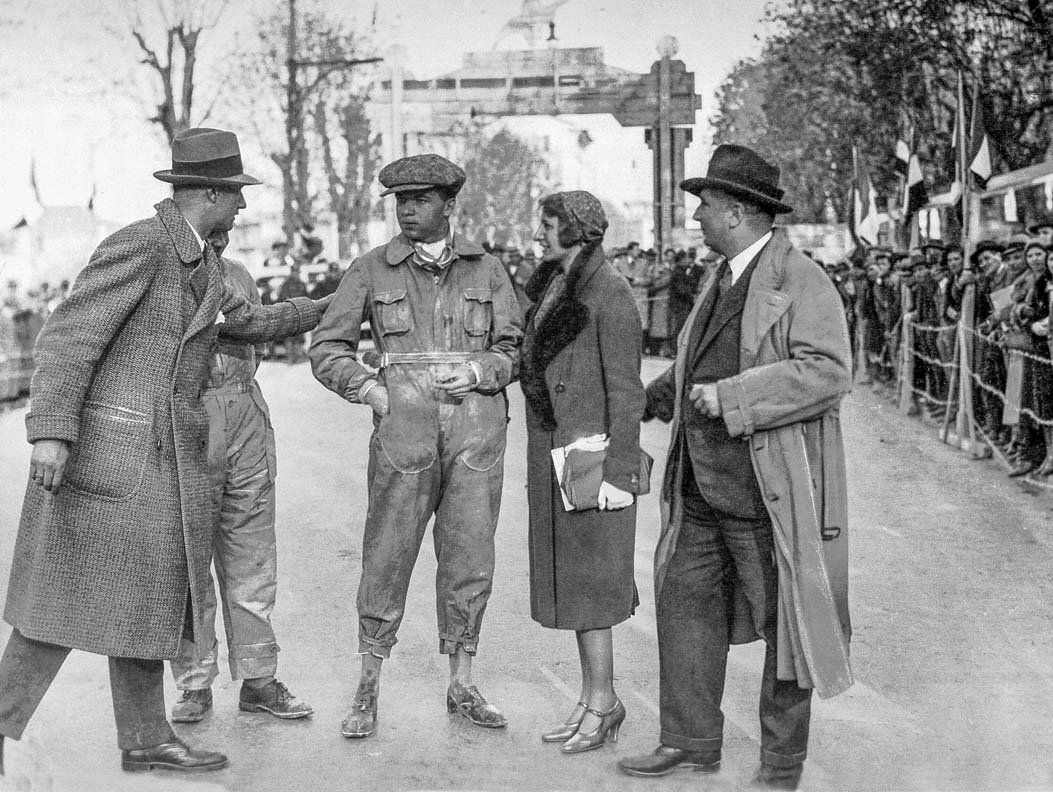 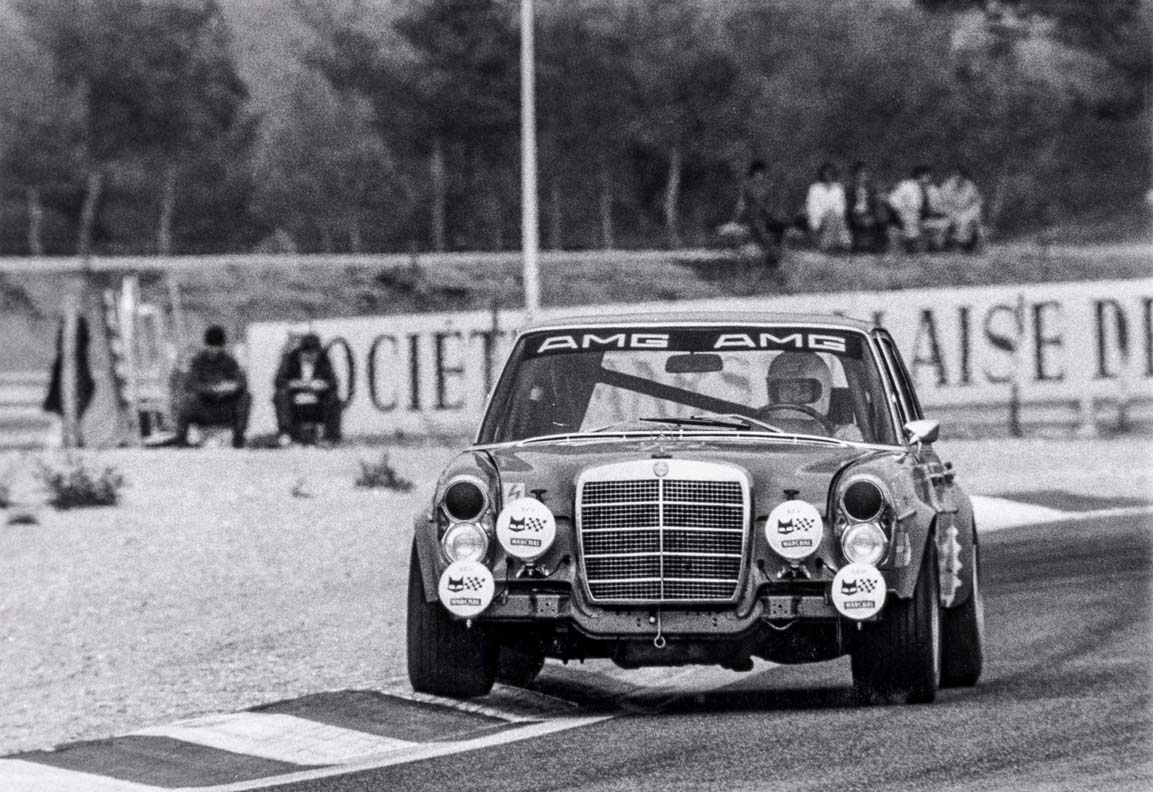