Mission:zero – Audi Is Shaping The Future Of Production, Consistently And Sustainably 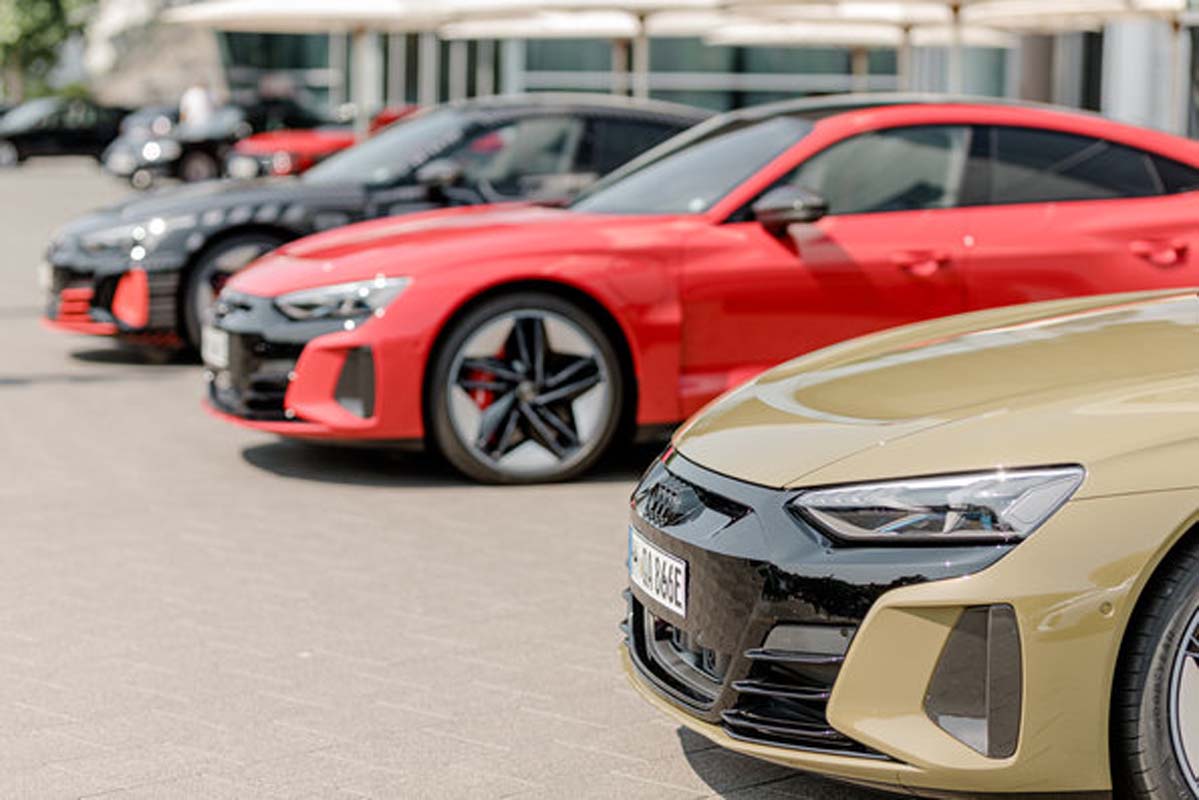 As the largest industrial company in the region, the Audi site in Neckarsulm is committed to meeting its responsibility to the community and nature. The site is implementing numerous measures as part of the “Mission:Zero” environmental program launched in 2018, thereby playing an important role in making automotive production as environmentally friendly and resource-efficient as possible and avoiding carbon emissions and waste. At the Böllinger Höfe sports car production facility, the Audi e-tron GT* is already being manufactured net carbon-neutralthanks to the exclusive use of green power and heat from renewable sources. The goal is to achieve net carbon-neutrality from all production processes at the entire Neckarsulm site by 2025.

Climate change, water consumption, resource scarcity, and the loss of biodiversity affect everyone and are among the major challenges of the present day. With its clear commitment to the terms of the Paris Agreement, Audi has pledged to actively work to create a livable environment and a sustainable future. Audi has combined all of its measures to reduce its carbon footprint in production and logistics in its cross-site environmental program Mission:Zero.

The Neckarsulm site is setting an excellent example in Mission:Zero’s four fields of activity – decarbonization, water use, resource efficiency, and biodiversity – through the implementation of innovative, sustainable projects.

Decarbonization – on the path to a net carbon-neutral location
Audi aims to manufacture its vehicles net-carbon neutral at its sites by 2025. Countless measures along the value chain are contributing to AUDI AG’s vision of achieving net carbon-neutrality across the entire company by 2050. Böllinger Höfe is the first production facility operated by the brand with the four rings in Germany to produce an all-electric Audi – and do so net carbon-neutral. The Audi e-tron GT is a prime example of how to combine high performance and environmental awareness. Audi uses biogas for the CHP plant that supplies heat and part of the electricity for production at Böllinger Höfe. Audi offsets emissions that cannot currently be avoided through renewable energy sources or self-supply by means of carbon credits from certified offsetting projects.

The entire Neckarsulm site, including Audi Sport production, has already been using eco-electricity since the beginning of 2020. The buildings on the factory site are continuously optimized with respect to their energy efficiency in order to reduce energy consumption. At the five Audi sites, a total of almost 100 full-time energy officers are working to identify and exploit new energy savings potential in production. The result was that in 2020, Audi even exceeded its energy-saving targets, saving a total of more than 83,000 megawatt hours of energy across all of its sites and at the same time emitting around 11,900 tons less carbon.

Achieving net carbon-neutralityfrom automotive production is only possible if the entire value chain is optimized from an environmental perspective. At the Neckarsulm site, aluminum sheet scraps have already been returned to the supplier since 2017 as part of the “Aluminum Closed Loop“ cycle, where they are recycled and reprocessed for Audi to use once again. The use of secondary aluminum reduces energy consumption by up to 95 percent compared to the use of primary aluminum. In the meantime, this cycle is now also in use at the Ingolstadt and Győr plants. Since its introduction, Audi has achieved net savings of more than 525,000 metric tons of carbons.

Audi is also committed to sustainability in logistics and internal traffic, which is why all train services operated by DB Cargo that transport finished vehicles from or material to the Neckarsulm site are net carbon-neutral. Low-NOx trucks powered by compressed natural gas (CNG) or electricity are used for shunting operations between the trailer yard and the factory premises.

At the company gas station, vehicles are refueled with the low-carbon alternative R33 BlueDiesel. The charging infrastructure at the site, which is supplied with green power, continues to grow – 600 charging points will be available by 2022, including publicly accessible fast-charging stations in the visitor parking lots.

Water use – a closed cycle
Audi wants to keep its own water consumption as low as possible and, over the long term, stop using drinking water in vehicle production. The company plans to halve its environmentally weighted water consumption per manufactured vehicle from an average of around 3.75 cubic meters today to around 1.75 cubic meters by 2035. Audi will achieve this by using recycled water wherever possible, which will be reused several times in the cycle.

The Neckarsulm site is planning to implement a closed water cycle between the factory and the neighboring wastewater treatment plant operated by AZV Unteres Sulmtal. The feasibility of this plan is being tested in a pilot plant, with the water from the wastewater treatment plant being treated by Audi for production with the aid of filter systems and membranes. Afterwards, the process water then flows back into the treatment plant. In this process, the water quality is constantly monitored; in addition, a laboratory analyzes the water every two weeks. The site will begin with the installation of a new water supply system in 2022, which will close the loop between the site and the wastewater treatment plant from 2025 onwards and ensure that it will no longer need to draw water from the Neckar. This closed cycle reduces fresh water consumption by 70 percent.

Resource efficiency – reduce and avoid
Wherever possible, Audi reduces packaging waste at its sites, uses environmentally friendly packaging solutions, and systematically separates recyclable materials so that they can be recycled.

The Mission:Zero “Resource” team in Neckarsulm has declared war on plastic waste and is developing innovative recycling ideas of its own. For example, Audi has plastic film waste first processed into granulate by a manufacturer in the region and then into trash bags that are used at the site. The cycle allows around 15 metric tons of plastic waste to be sensibly reused each year. A positive side effect is that the site is saving a good 40 percent of what it spends on trash bags thanks to this recycling program. Logistics at Audi has worked with suppliers to optimize several component packages. This has already enabled Audi to eliminate almost 31 tons of non-recyclable packaging at the Neckarsulm site alone. These optimizations range from replacing materials with a high environmental impact, such as Styrofoam, to completely eliminating packaging altogether.

An innovative pilot project launched in 2019 will also shred plastic packaging waste from assembly and turn it into 3D printer filament. 3D printers will then be used to create ergonomic assembly aids, such as protective caps or pressing aids, for employees.

New virtual planning methods marry digitization and sustainability. For example, Audi was able to virtually design part of the special containers used to transport sensitive components for the Audi e-tron GT for the first time. This VR application, which was piloted at the Neckarsulm site, is now in use throughout the group and helps to conserve resources previously used for container prototypes. In addition, the all-electric Gran Turismo is the first vehicle from the brand with the four rings to be manufactured entirely without prototypes. This was made possible by three-dimensional building scans, machine learning processes, and the use of virtual reality, among other things. All of the assembly processes were tested entirely virtually for the very first time – and are now being successfully applied during the manufacture of Audi’s production models. This saved physical prototypes and, in the meantime, also business trips, because the virtual methods are now also used across locations and – not only in the era of the coronavirus pandemic – allow employees to work digitally and collaboratively in a virtual space.

Biodiversity – habitats for plants and insects
Audi has been a member of the cross-industry “Biodiversity in Good Company” initiative for six years and is committed to conserving biological diversity at all its locations. This includes natural open spaces as well as green facades or wetland biotopes. The company is also actively involved in nature conservation beyond its own corporate boundaries as part of the “UN Decade of Biodiversity.” The Audi Environmental Foundation, established in 2009, supports numerous environmental projects aimed at preserving biodiversity.

Since 2014, several bee colonies have been using the Neckarsulm site to produce honey. More than 35 species of flowers are planted each year on former monotonous grassy areas to provide habitat and food sources for important pollinators and other insects. This year, vocational trainees in bodywork and vehicle construction built 17 insect hotels and set them up at the site. The wooden structures provide shelter for various insect species. The vocational trainees have been looking after their guests’ wellbeing ever since.

In the southwest section of the Neckarsulm site, Audi has built a dedicated tower as a nesting site for swallows. In 2019, new nesting boxes for swifts were installed on the conveyor bridge between two buildings. A nesting aid for peregrine falcons has been in place on the chimney of the paint shop since 2003.

For more information on Audi’s Mission:Zero environmental program and exciting sustainability projects at other sites operated by the brand with the four rings, please visit the program page and read the combined Audi Report 2020. 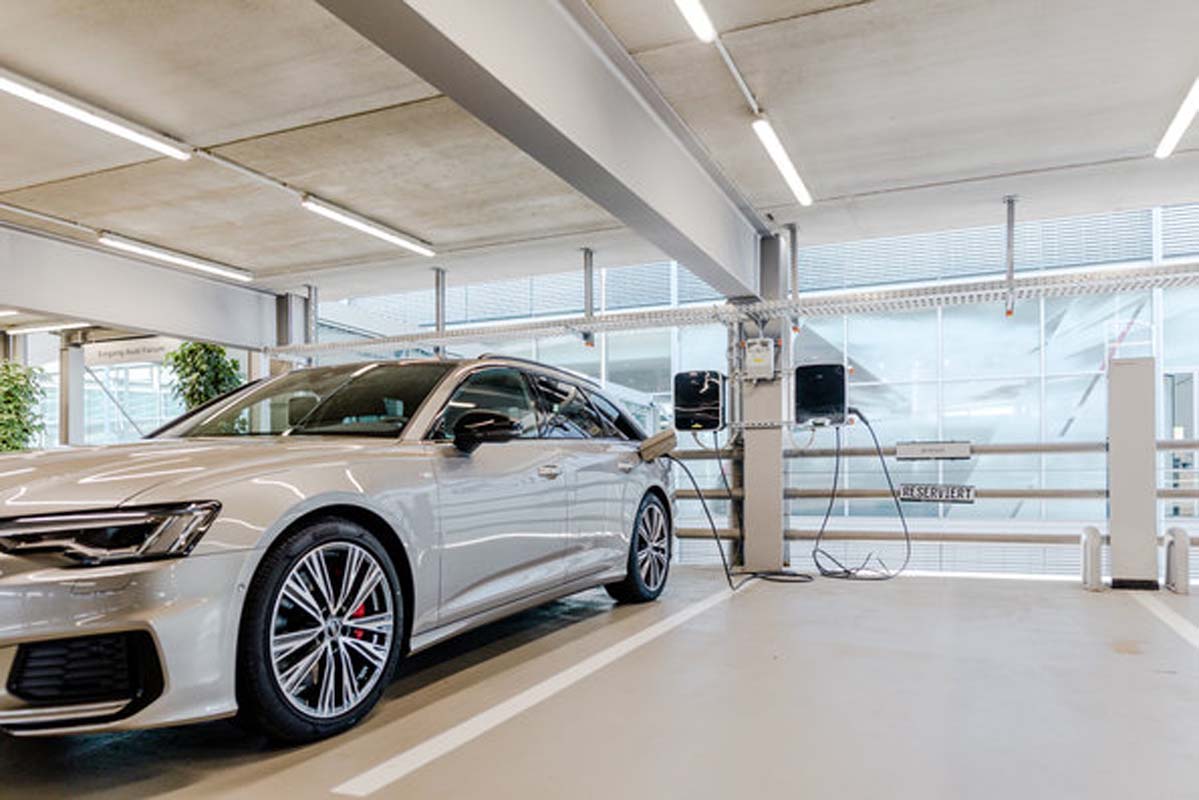