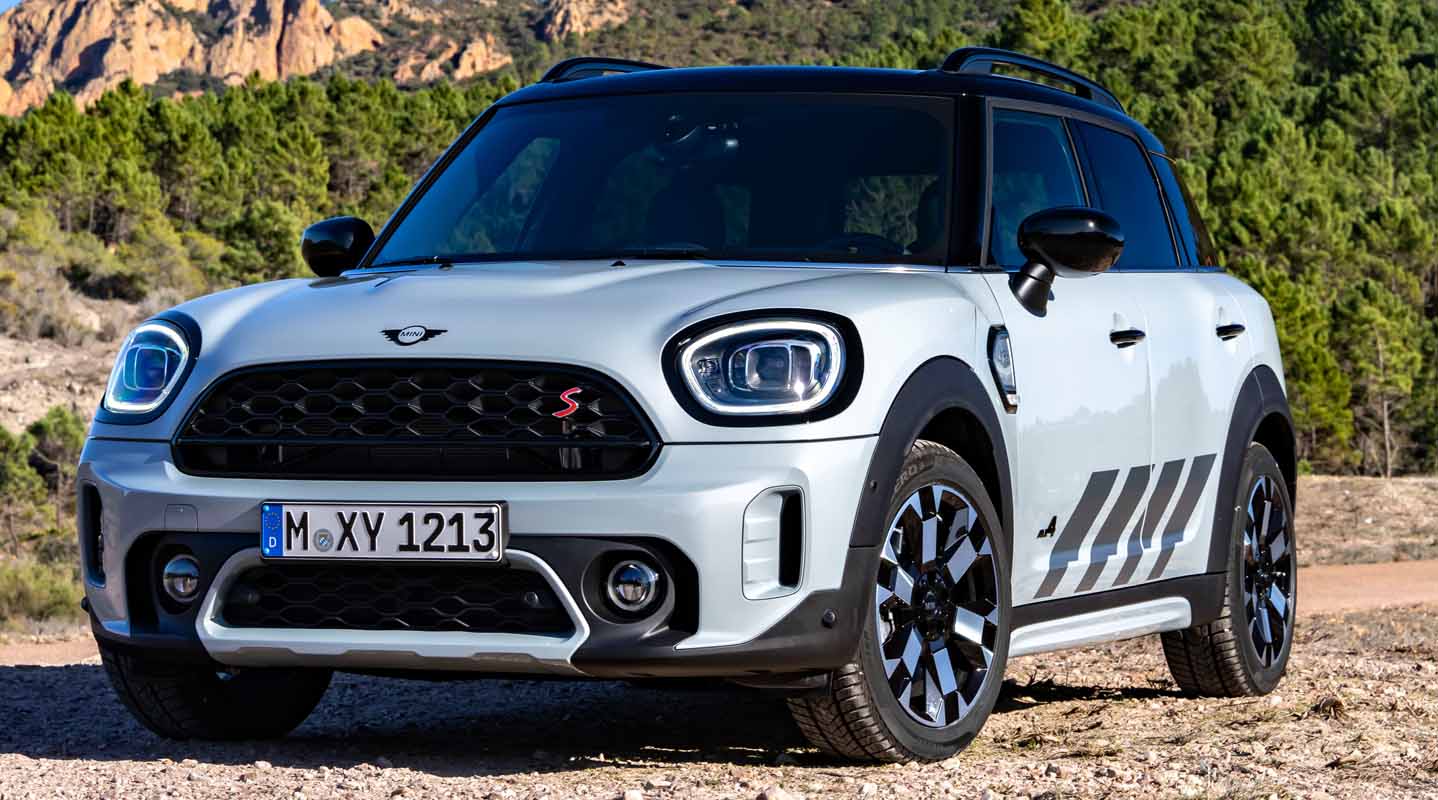 With its versatility, hallmark driving fun and distinctive style, the MINI Countryman has developed a particularly attractive standing in the premium compact segment. The new Untamed Edition available from March 2022 onwards showcases the robust appearance of the brand’s largest model to optimum effect, while its exclusive design and equipment features emphasise its character as a stylish all-rounder.

In the MINI Cooper S Countryman ALL4 in the Untamed Edition, all this is combined with a particularly spirited engine. The power of the 131 kW/178 hp 4-cylinder engine with MINI TwinPower Turbo technology ensures sporty driving fun not just in urban traffic but also on spontaneous excursions into the countryside. With the optional all-wheel drive system ALL4, maximum traction and driving stability is ensured when moving over rough terrain, too.

In the Untamed Edition, the MINI Cooper S Countryman ALL4 goes further than ever before in encouraging the driver to venture beyond the city limits to explore new roads and pathways. The exclusive body finish in Momentum Grey metallic showcases the compellingly modelled surfaces of the edition model in striking style, while the robust design features of the MINI ALL4 exterior underscore its untamed character – also reflected in the edition’s name. The new body finish appears on the lower air intake surround including the suggested underride guard, the air curtain inserts in the front apron and the side sills, as well as on the reflector inserts and the lower insert in the rear apron. The background to the MINI brand logo on the bonnet and tailgate is in Momentum Grey metallic.

The highly expressive body finish of the MINI Cooper S Countryman ALL4 in the Untamed Edition is combined with a contrasting black finish on the roof and exterior mirror caps as well as on the roof rails and headlight housings. The Piano Black Exterior option, which is also included in the equipment range of the edition vehicles, adds further black design features: the surrounds of the radiator grille, headlights, tail lights and side scuttles, the door handles, the tailpipe trims, the model lettering and – where these are part of the equipment – the ALL4 emblems on the front side panels.

The car’s distinctive appearance is further enhanced by means of four diagonal stripes in the colour Frozen Bluestone on the lower section of each door. The inlays and the carrier plates of the side scuttles are also finished in this colour. Like the door sill finishers, the side scuttles also feature a graphic pattern inspired by a mountain landscape, together with the inscription “UNTAMED”. This inscription is also featured on the rear side windows. The 18-inch alloy wheels in Untamed 2-tone design with burnished surfaces were developed exclusively for the edition vehicles.

In the interior of the MINI Cooper S Countryman ALL4 in the Untamed Edition, nature-inspired shades of green and blue are the prevailing colours. The exclusive Highland Green is combined with blue and green contrast stitching on the surfaces of the MINI Yours Leather Lounge sports seats, with MINI Yours Leather Lounge Carbon Black available as an optional alternative. The characteristic graphic of the mountain landscape in the style of the door sill finishers likewise adorns the discreet pins in the outer area of the backrests, while the illuminated decorative trim in Frozen Bluestone bears the striking landscape pattern, too. An additional effect is achieved by the “UNTAMED” inscription which is visible in the car’s night design.

The accentuation strips in the cockpit and on the centre instrument are finished in Frozen Blue metallic, the door trim strips in Arctic Silver metallic and the surrounds of the air vents in high-gloss black. In addition, the MINI Cooper S Countryman in the Untamed Edition features emblems with the inscription “UNTAMED” on the seats and in the lower spoke of the Nappa sports leather steering wheel. The exclusively designed interior is rounded off with floor mats featuring a three-dimensional embossed landscape pattern in the style of the door sill finishers and decorative strips along with a roof liner in anthracite. 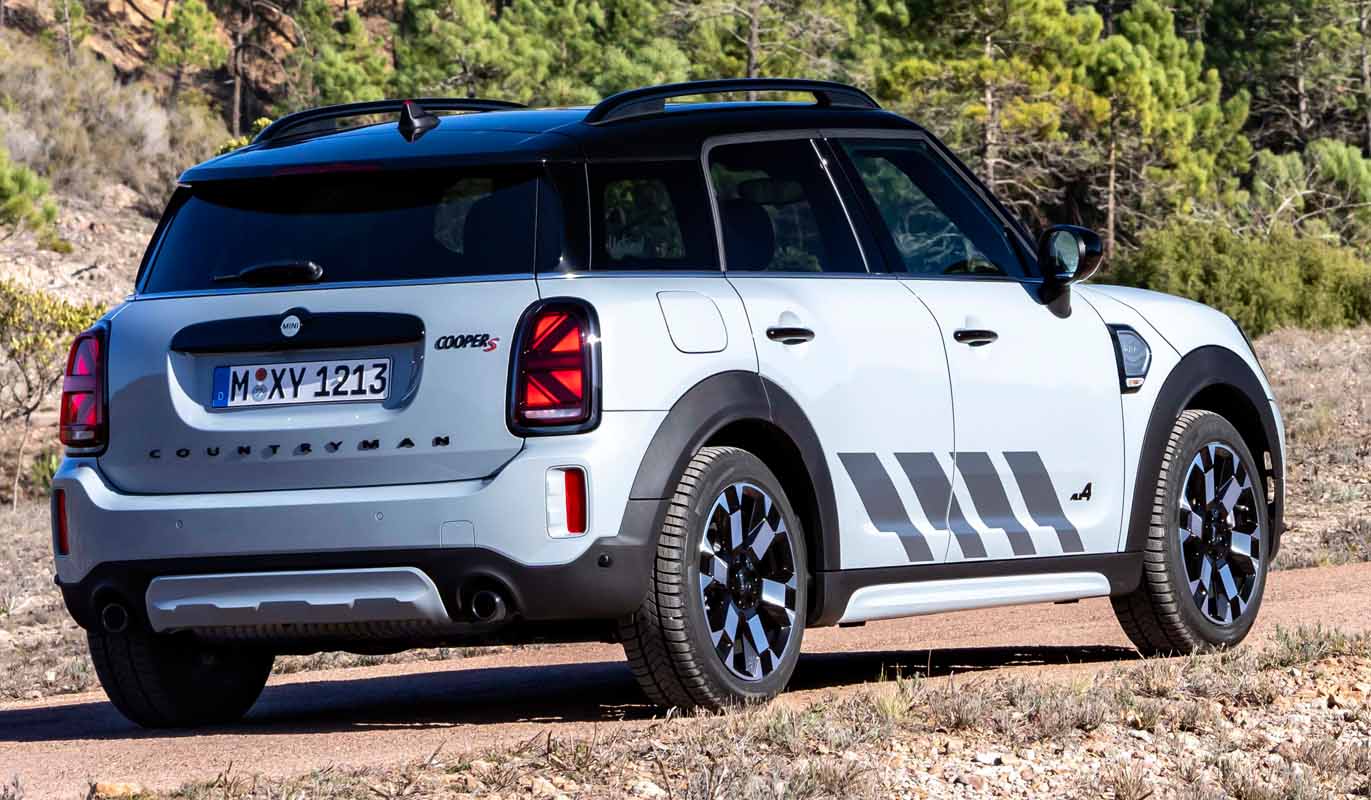 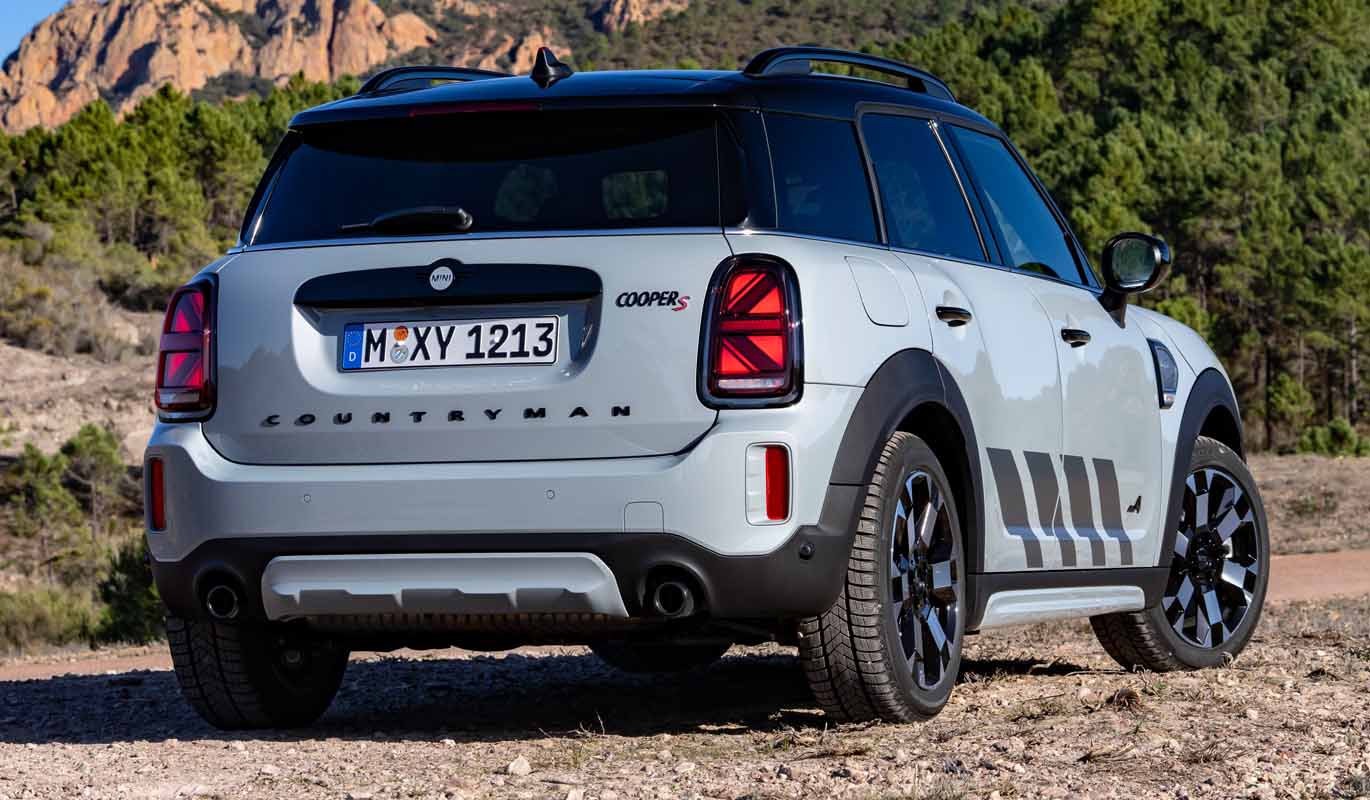 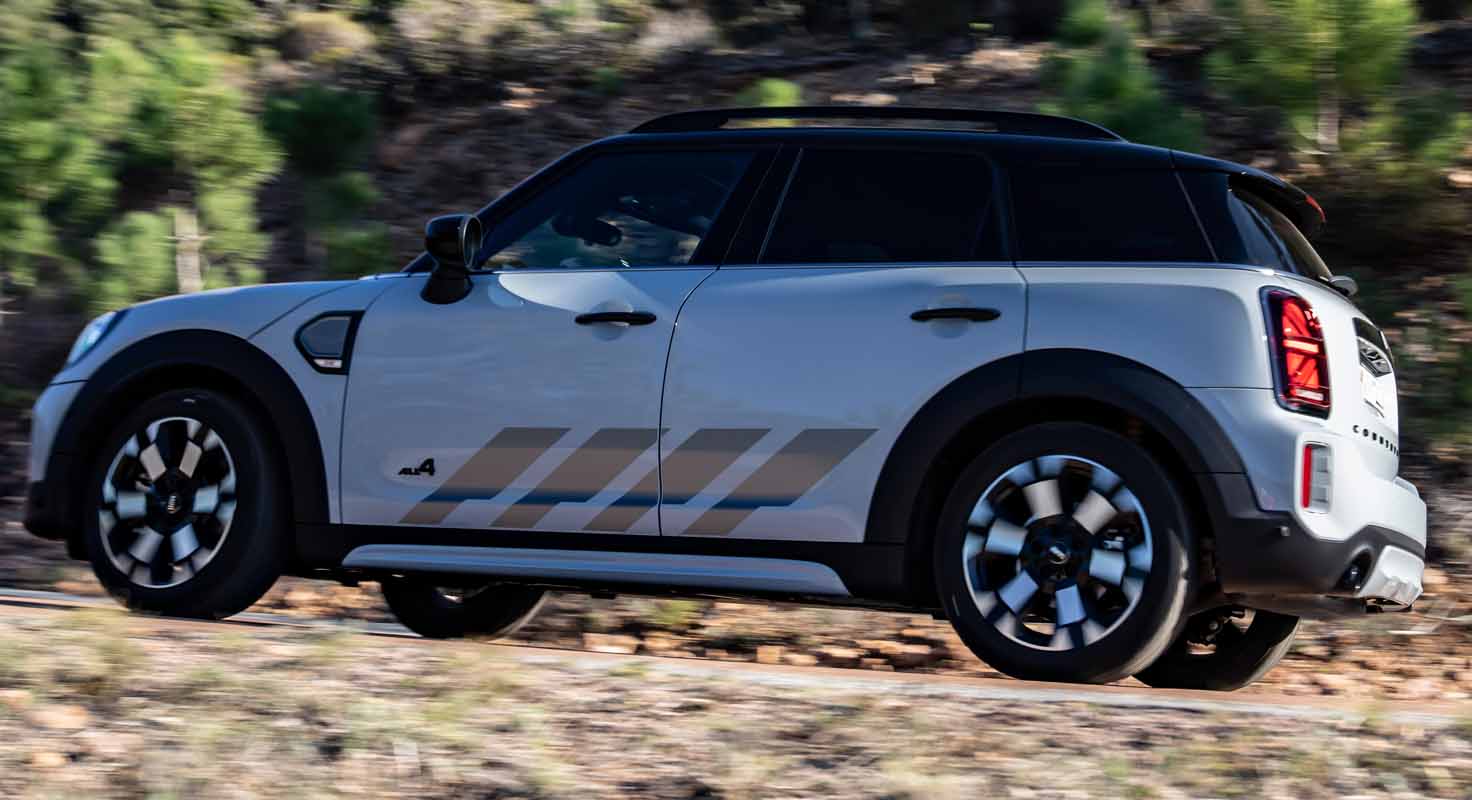 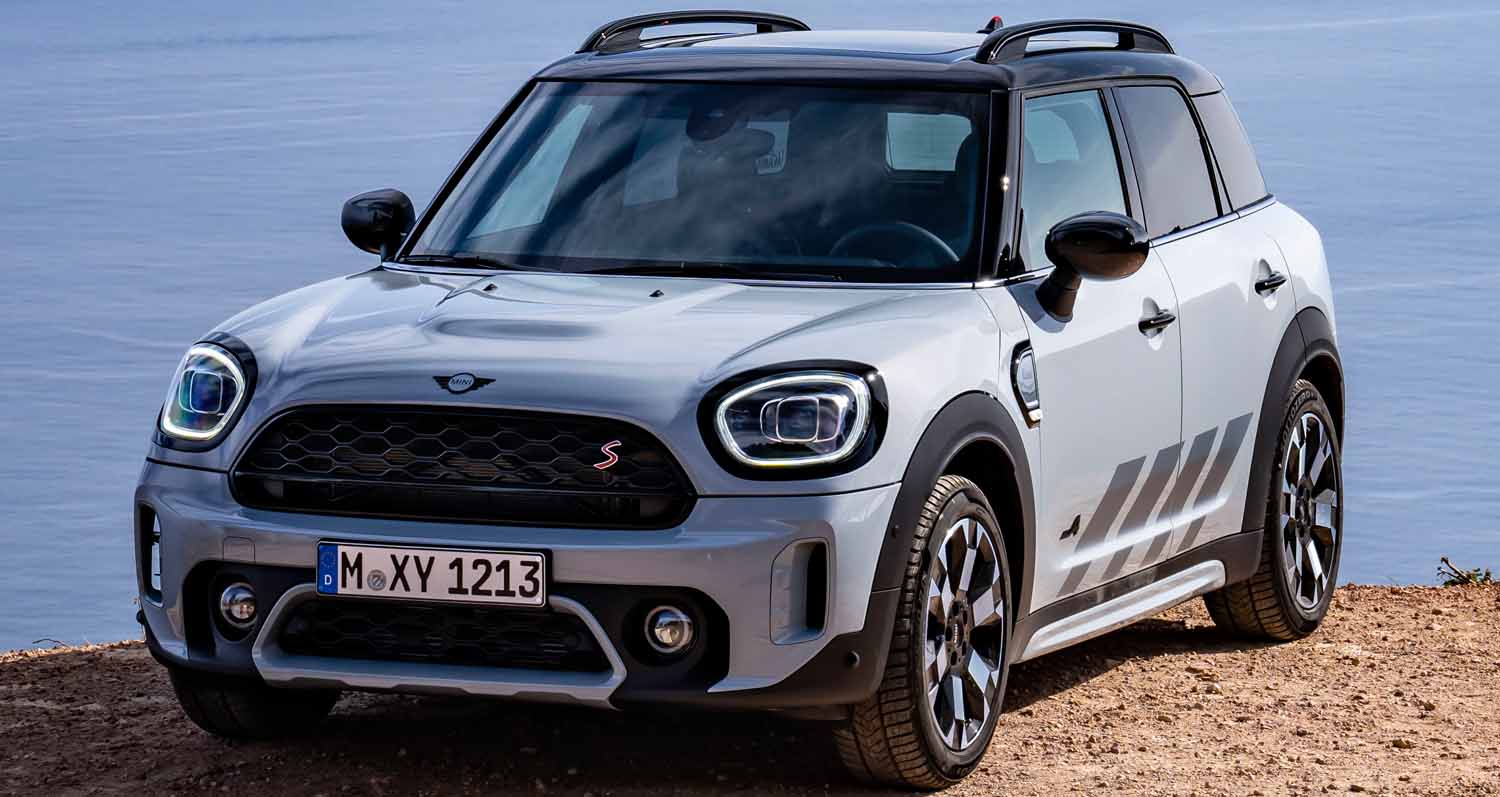 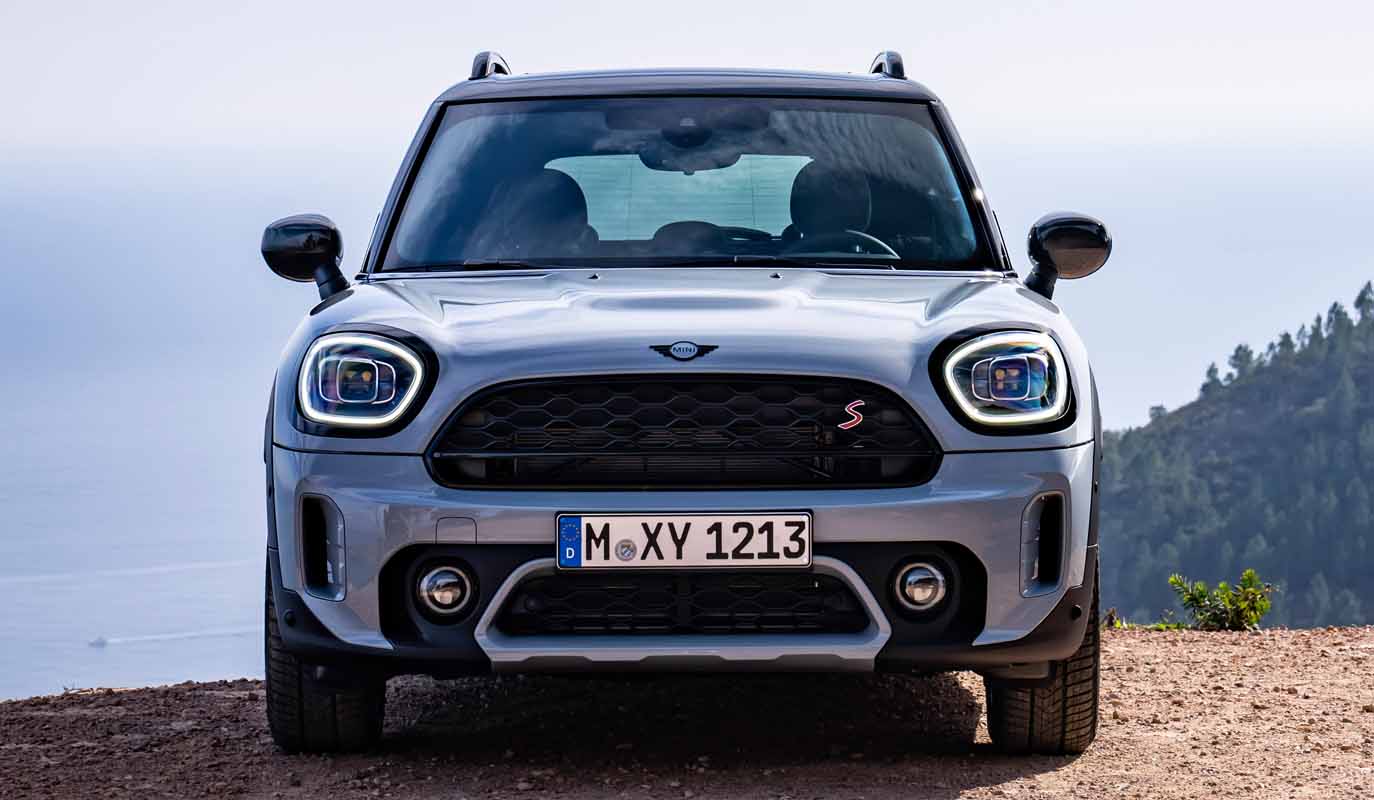 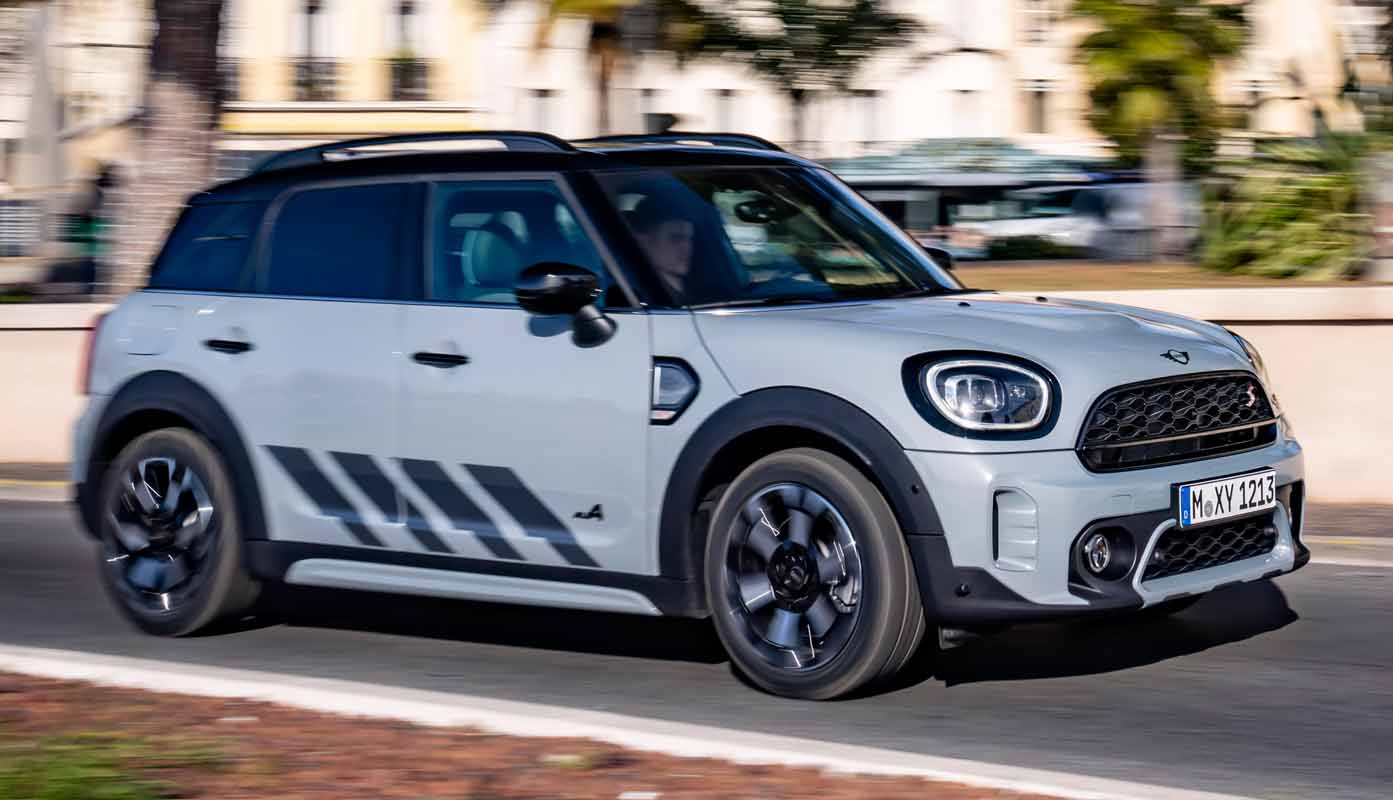 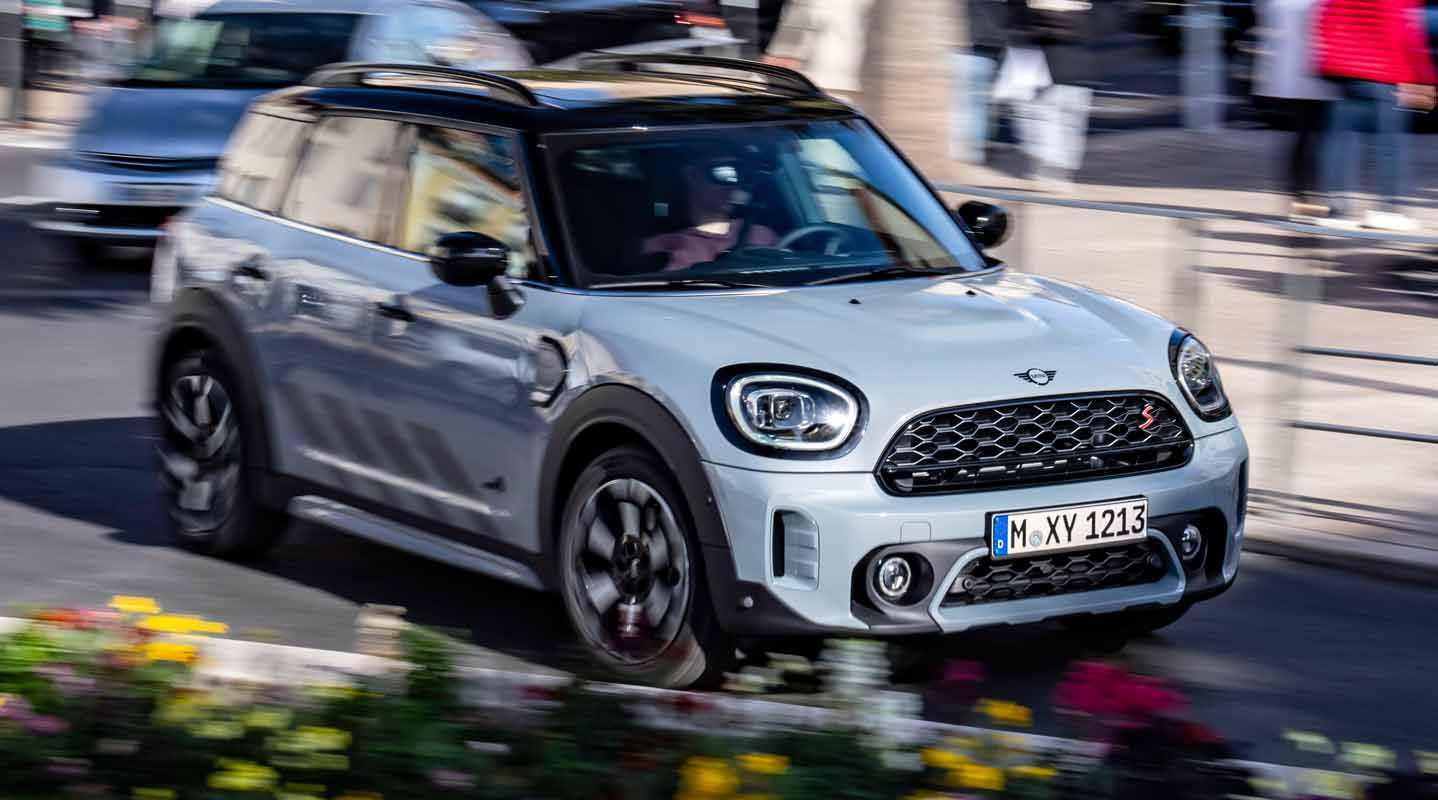 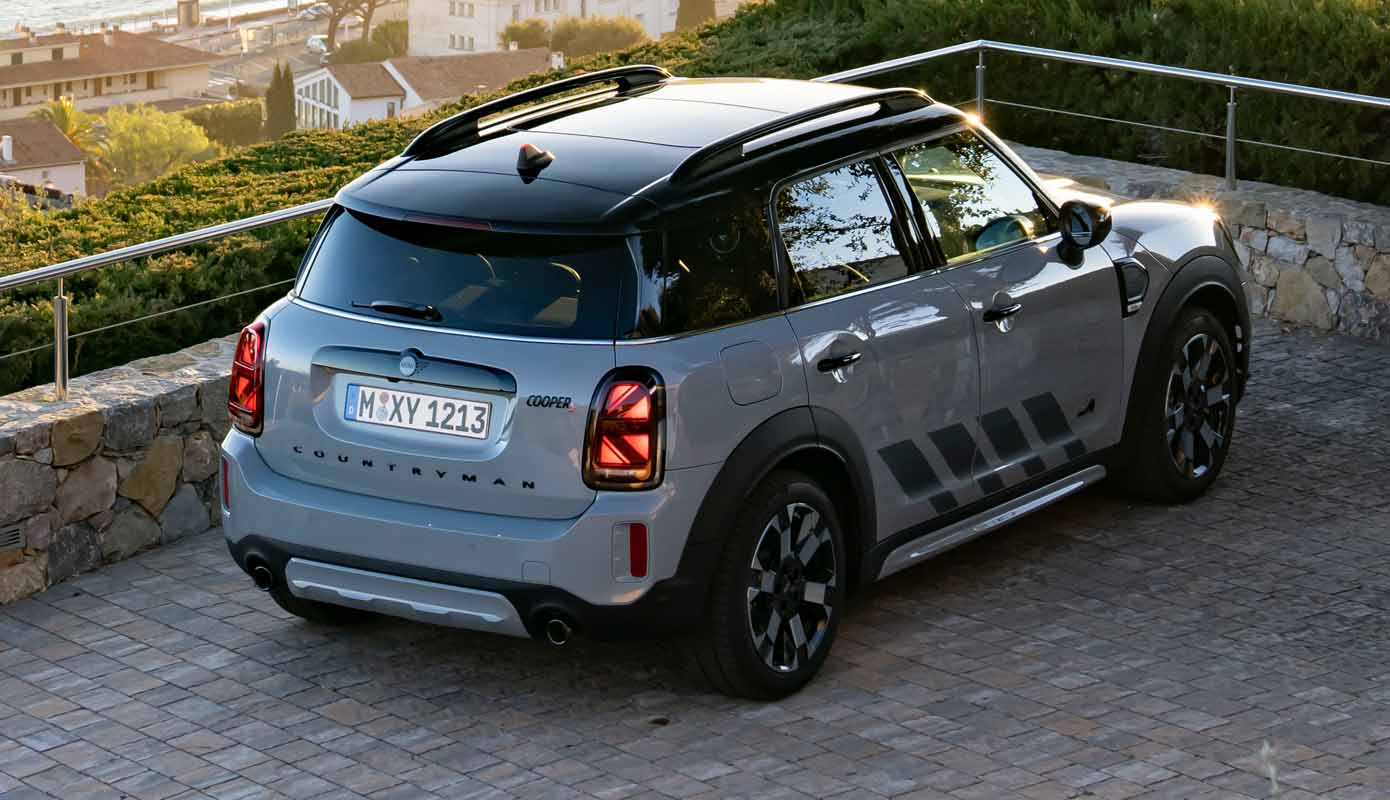 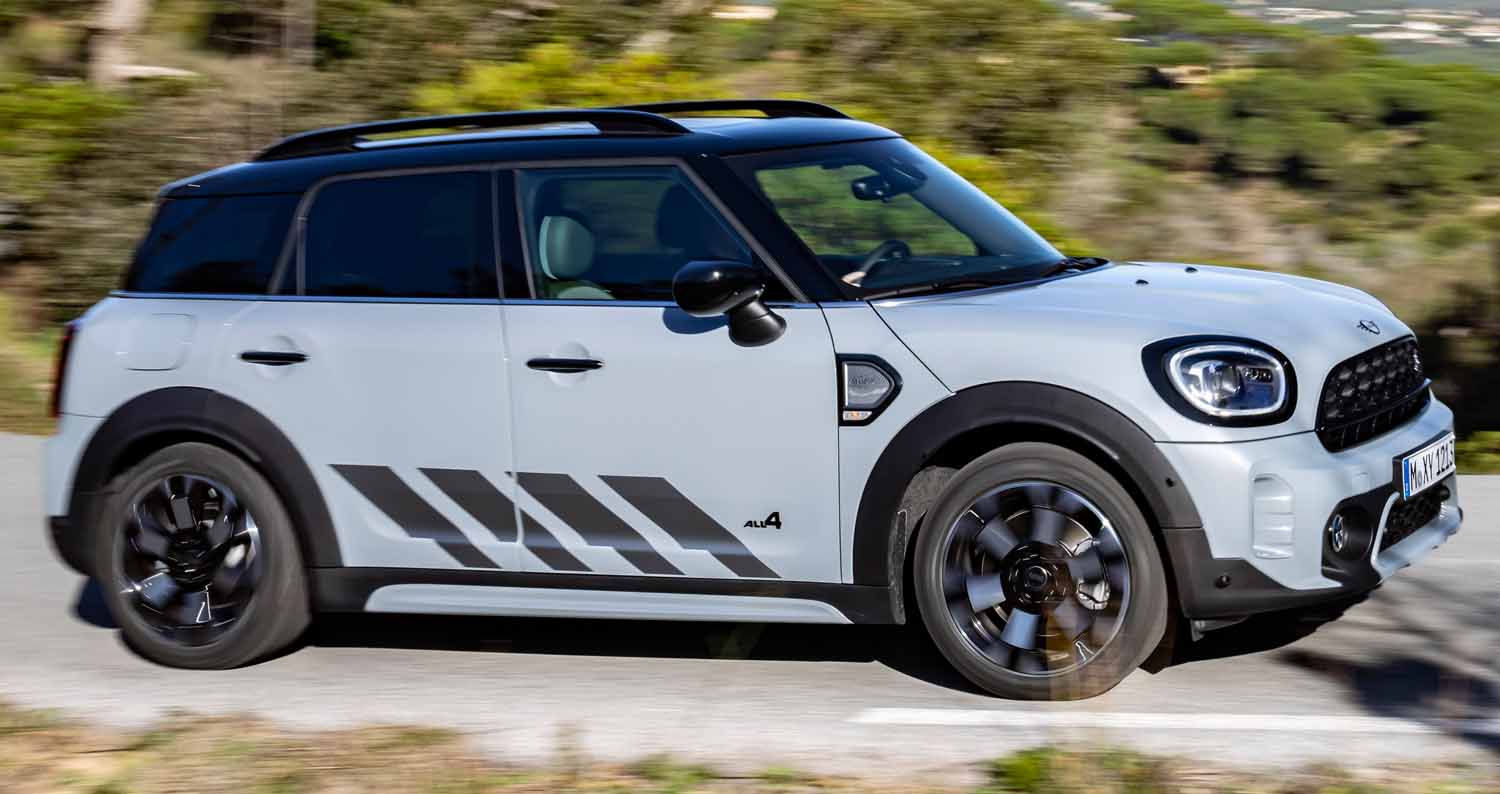 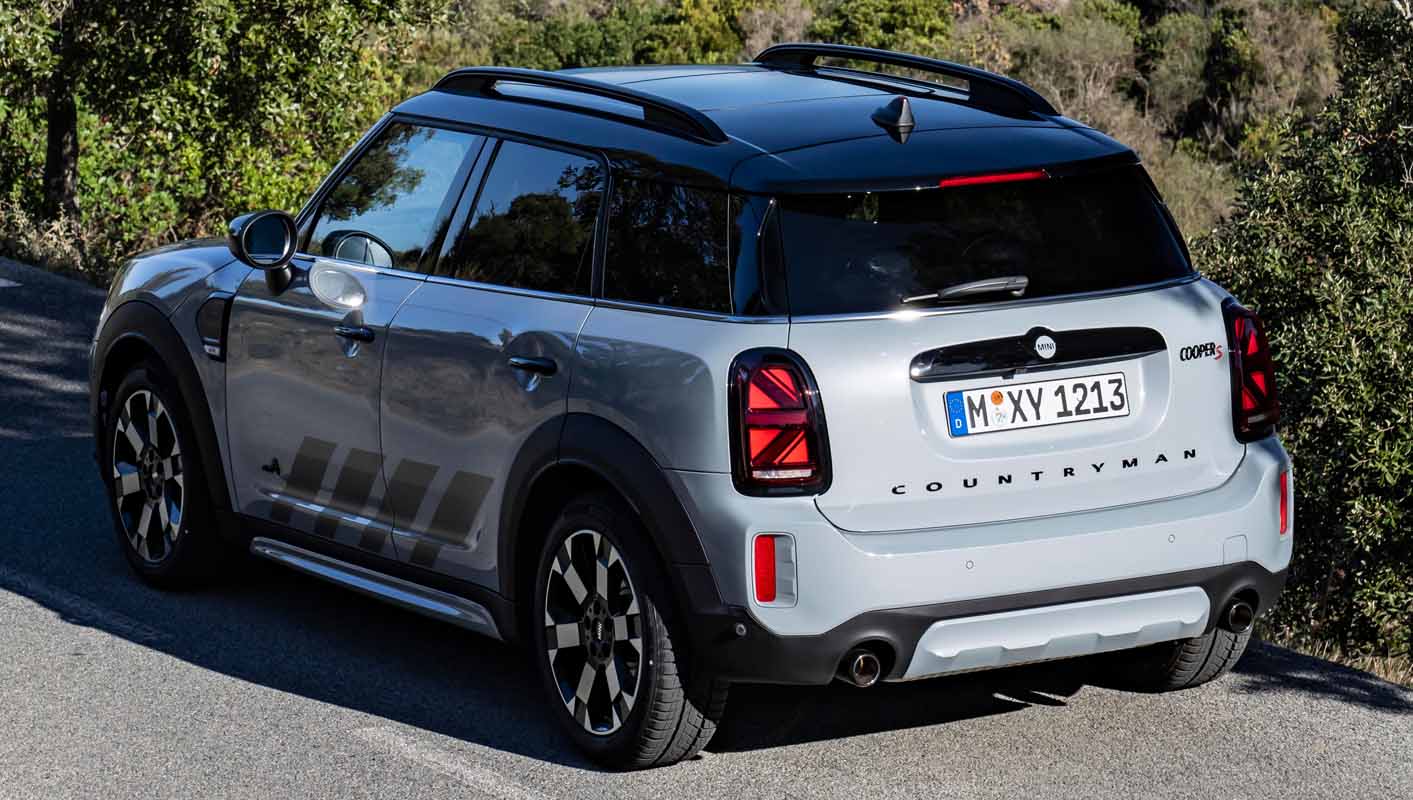 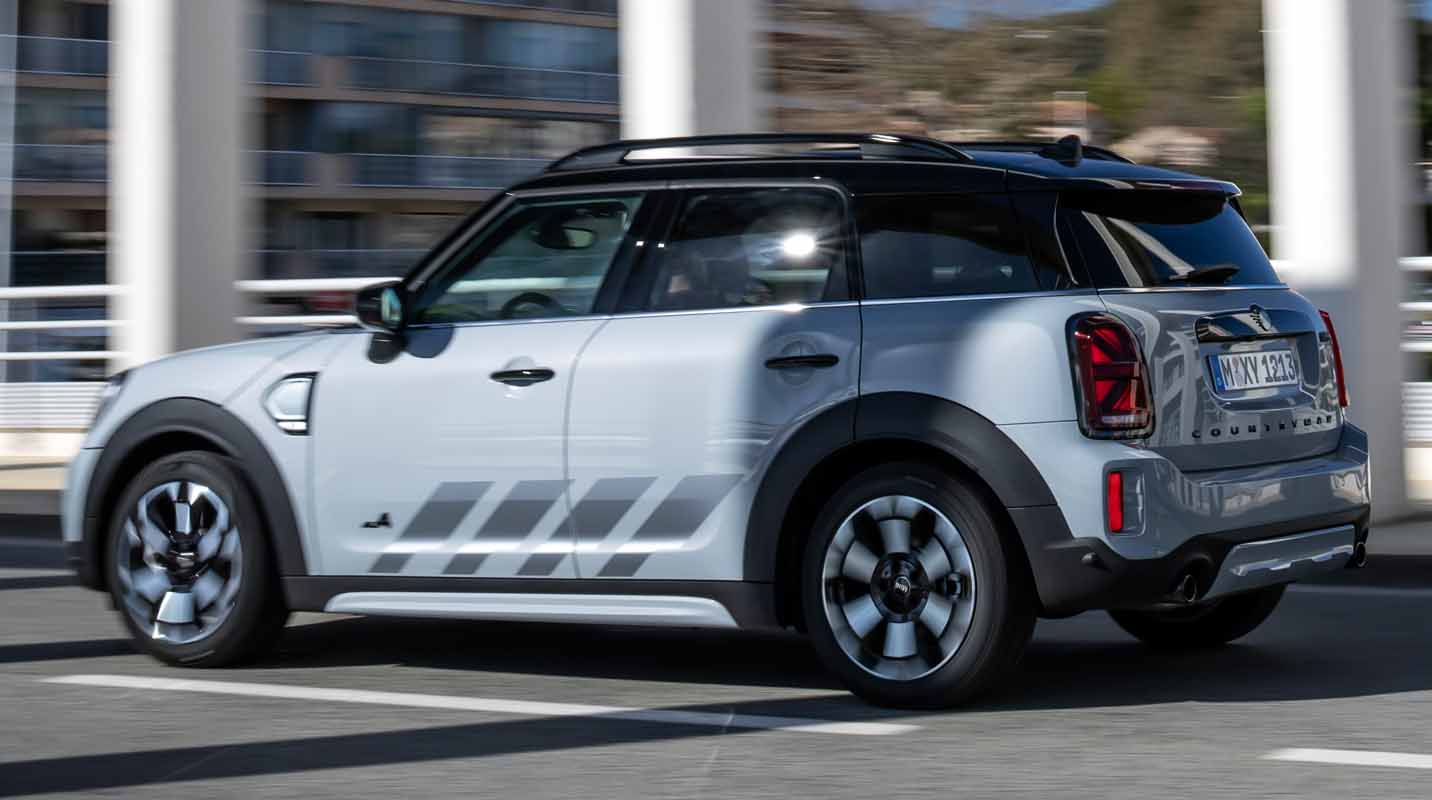 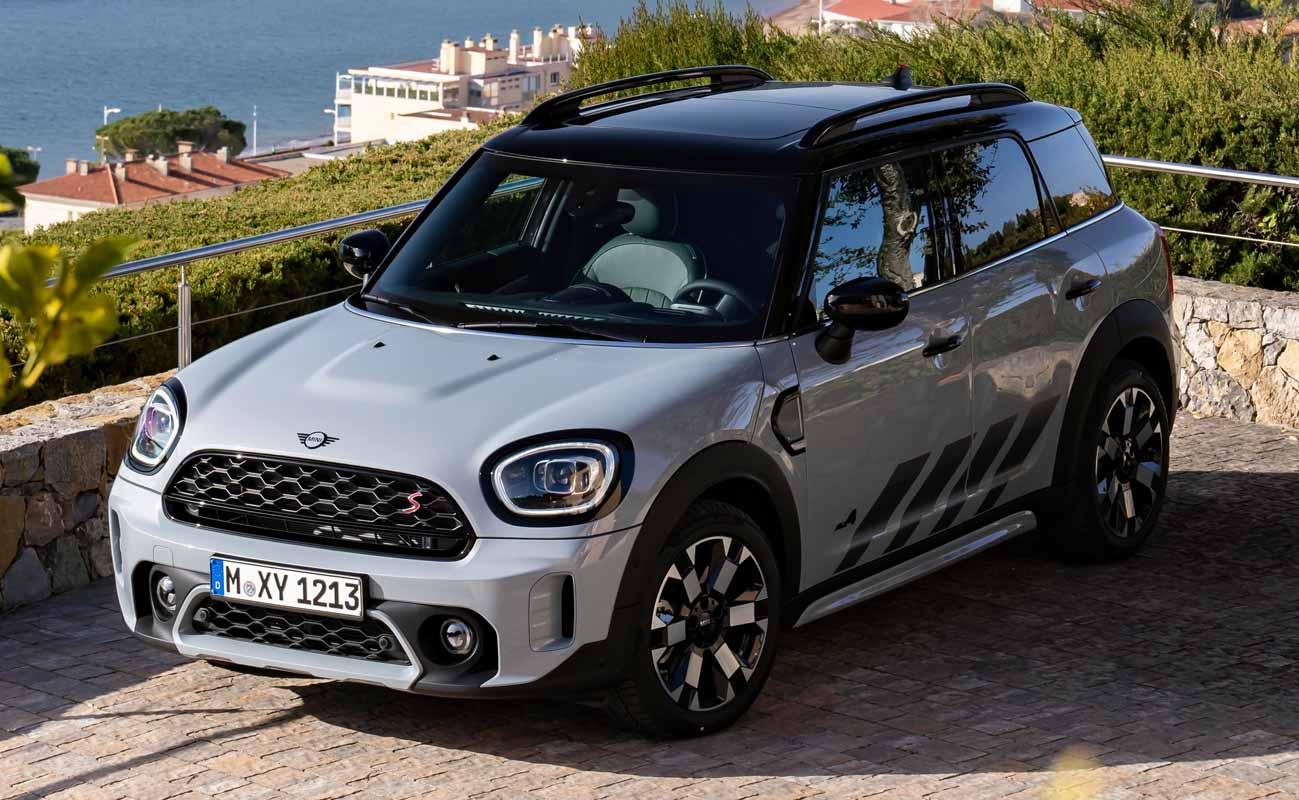 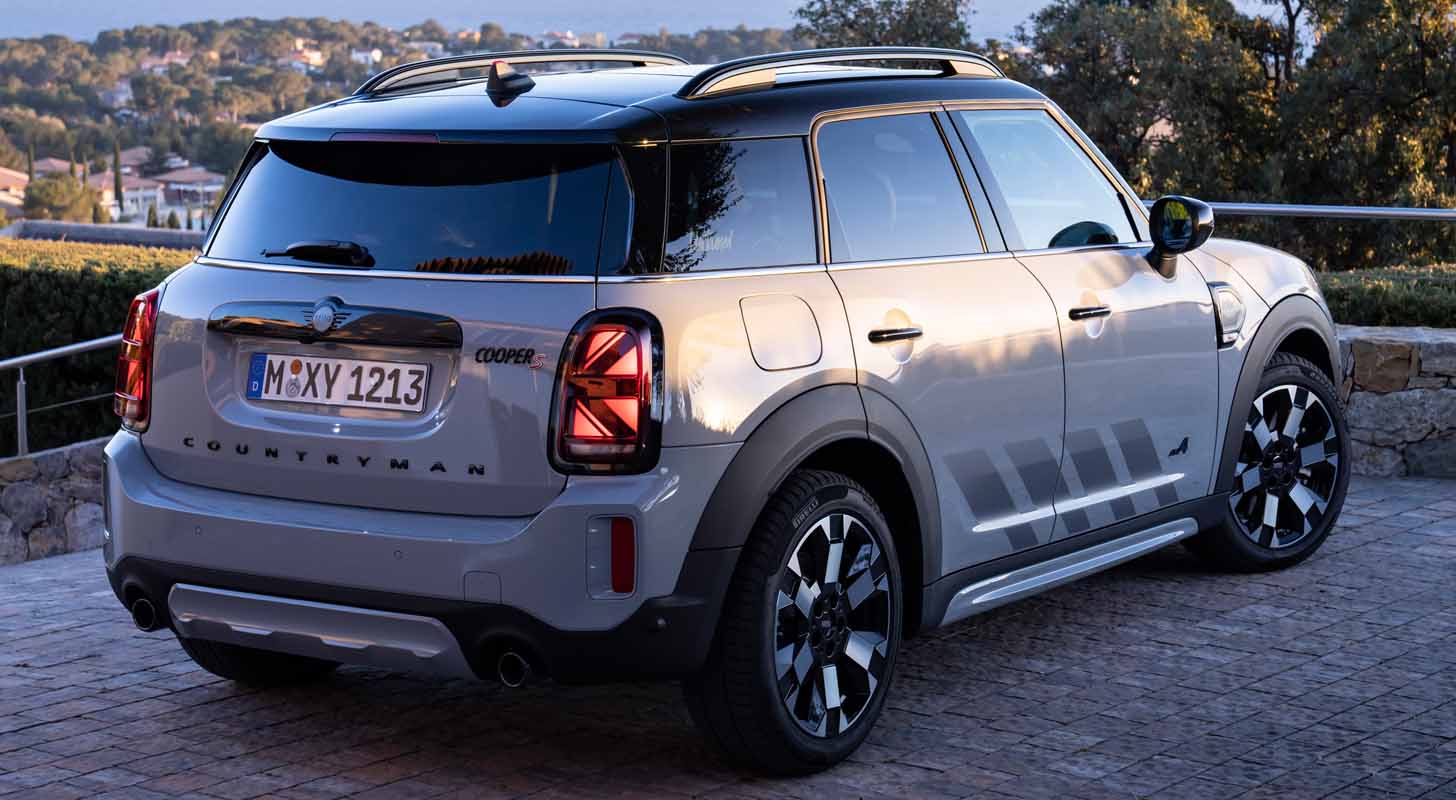 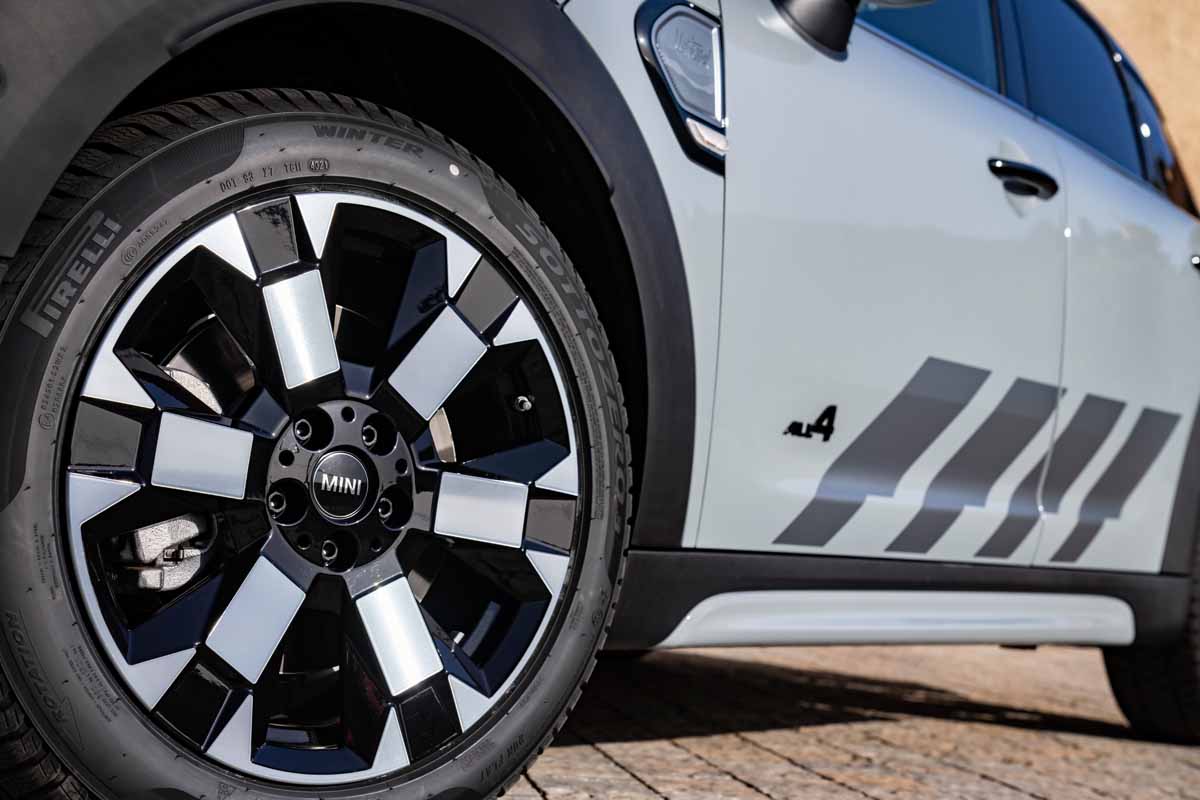 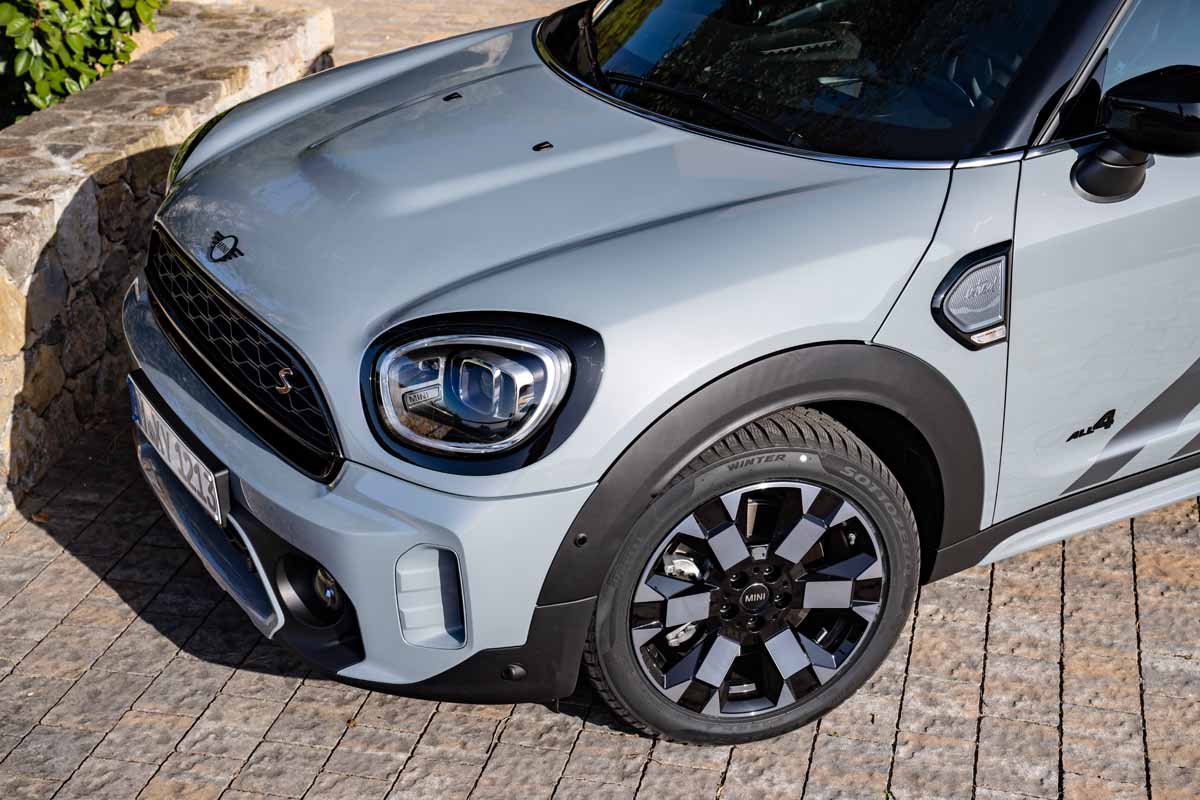 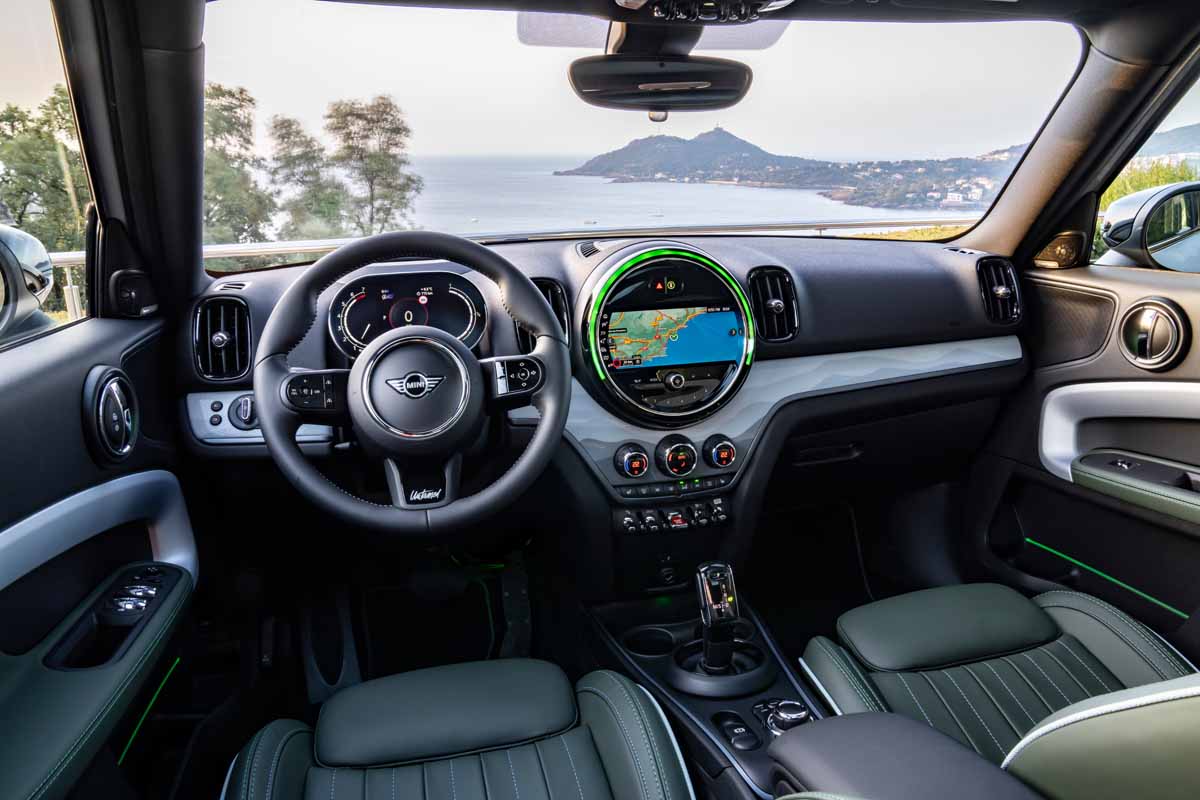 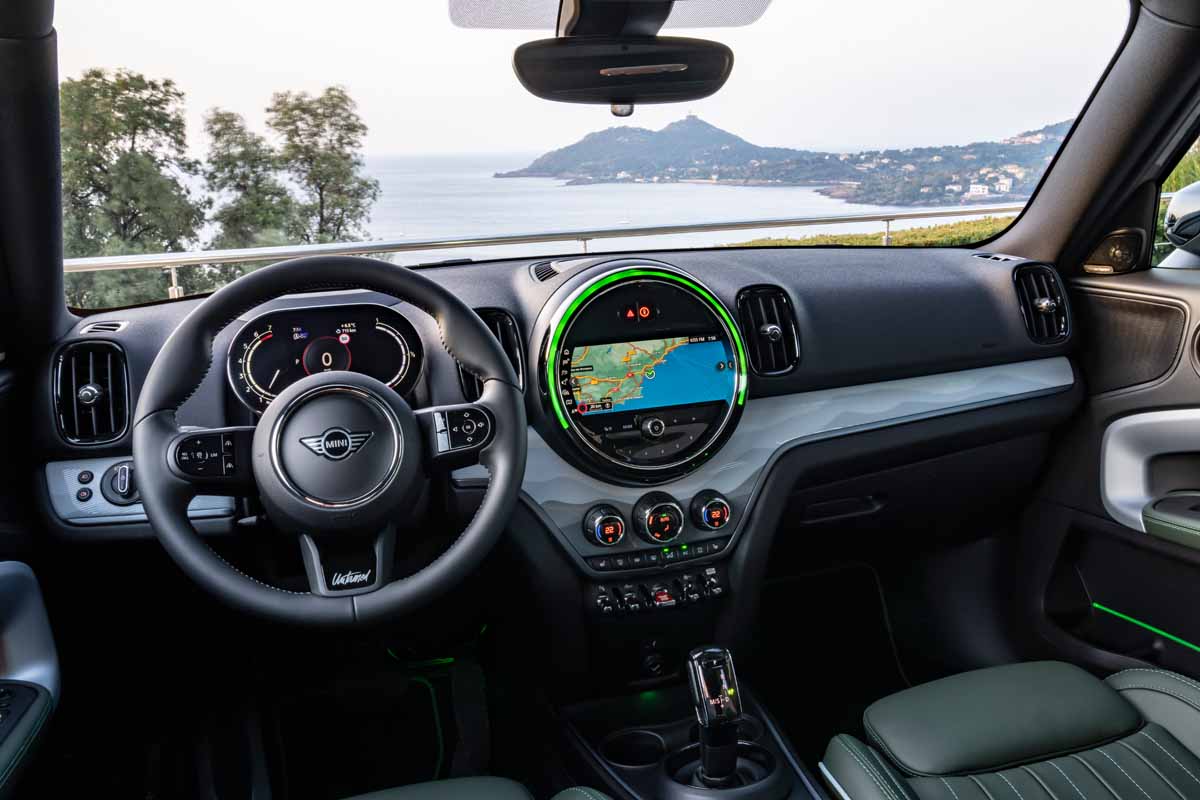 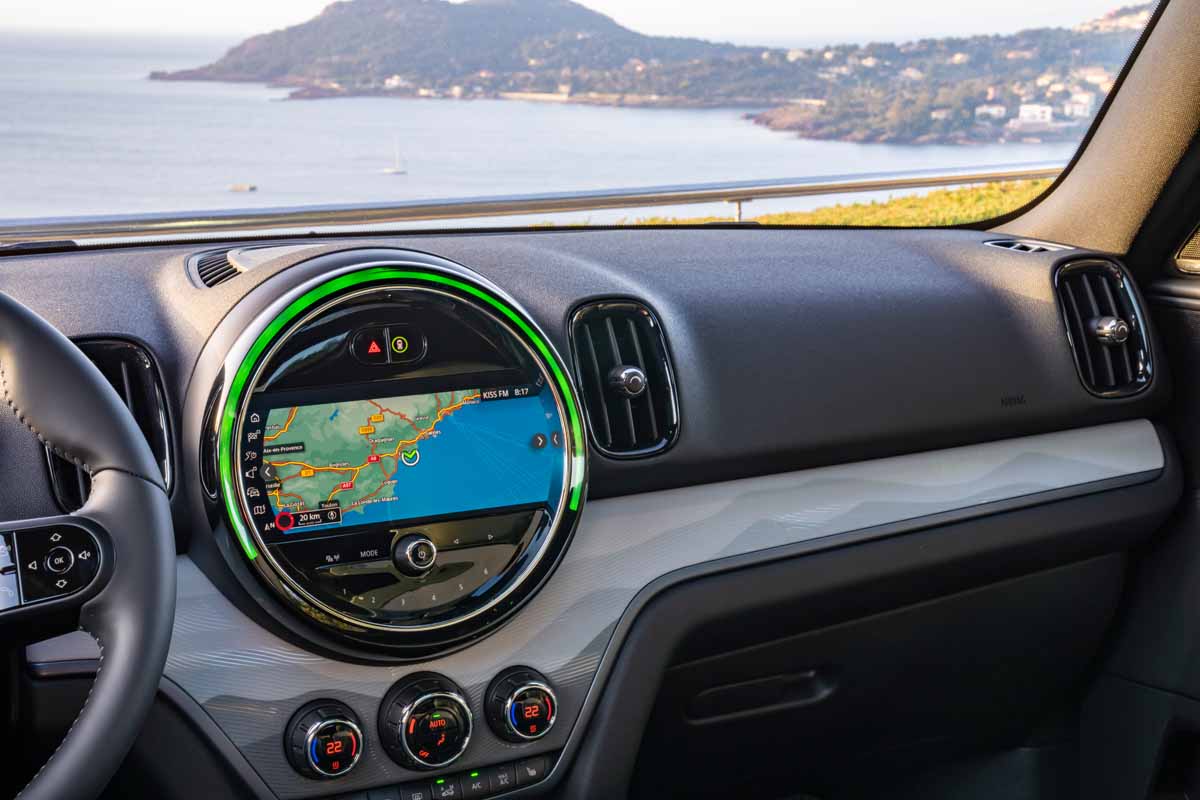 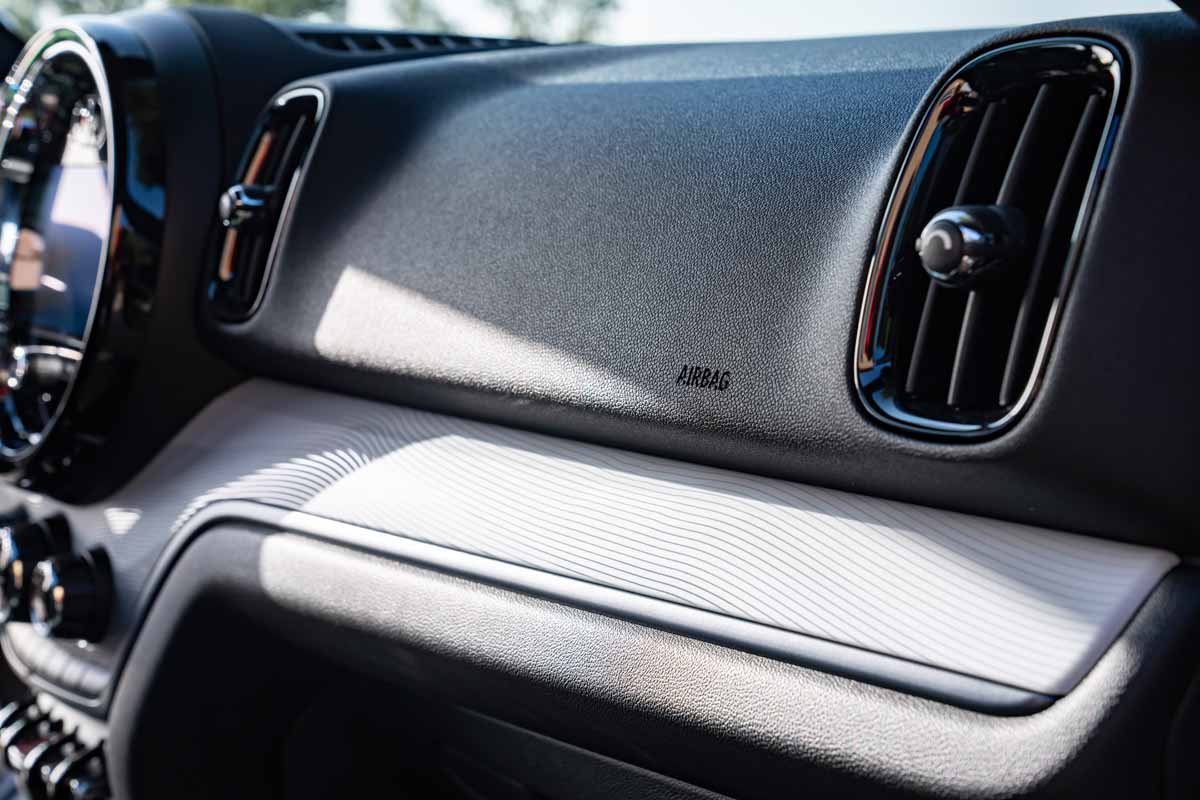 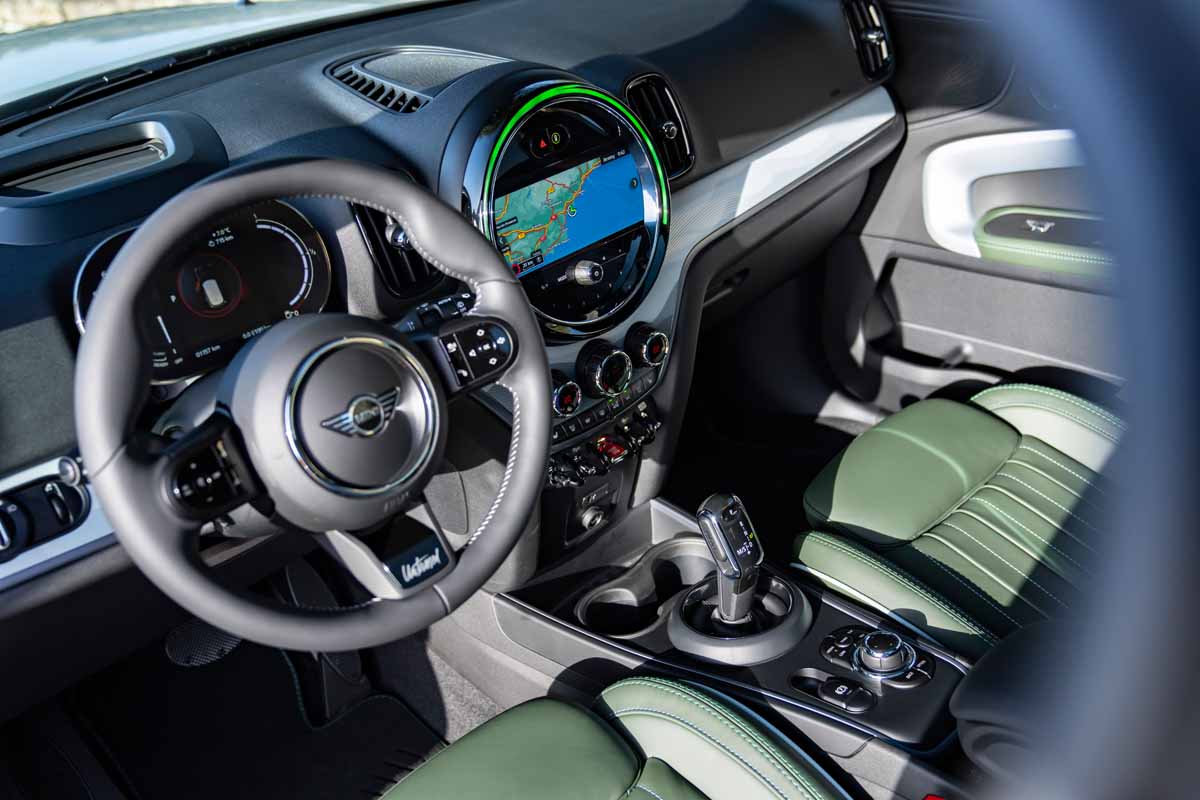 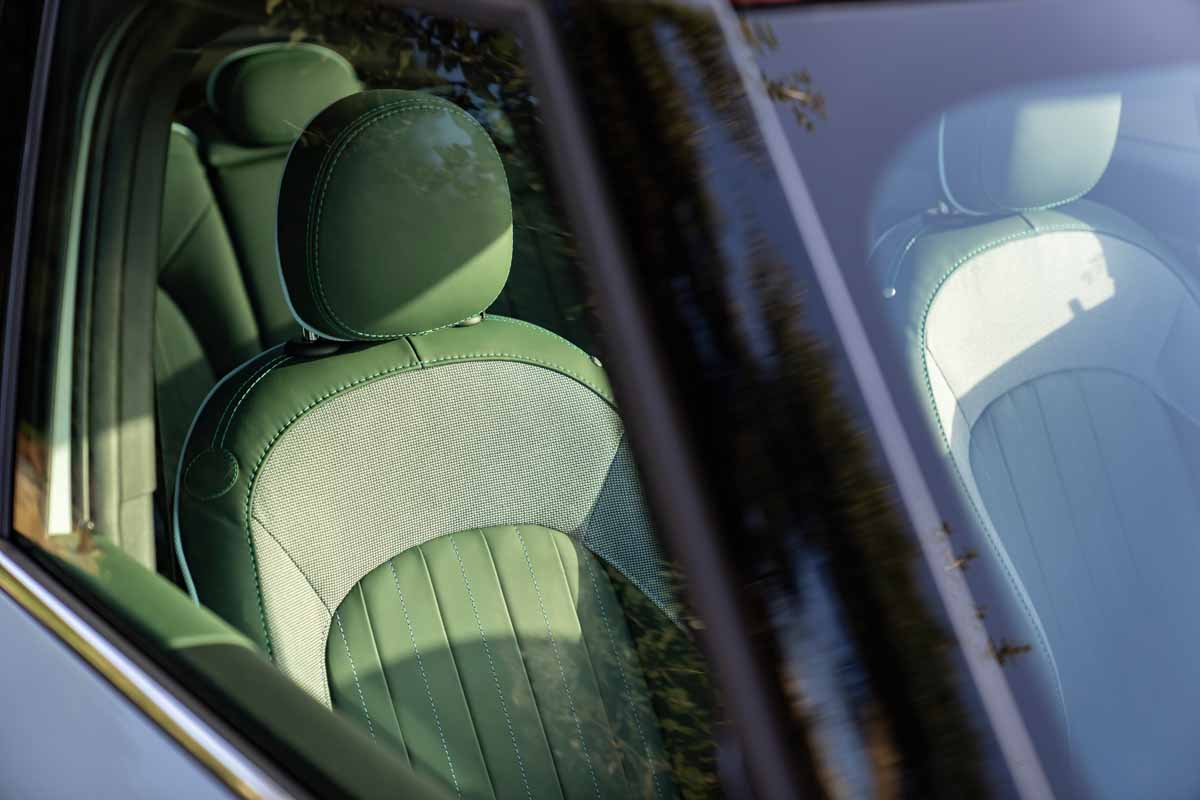 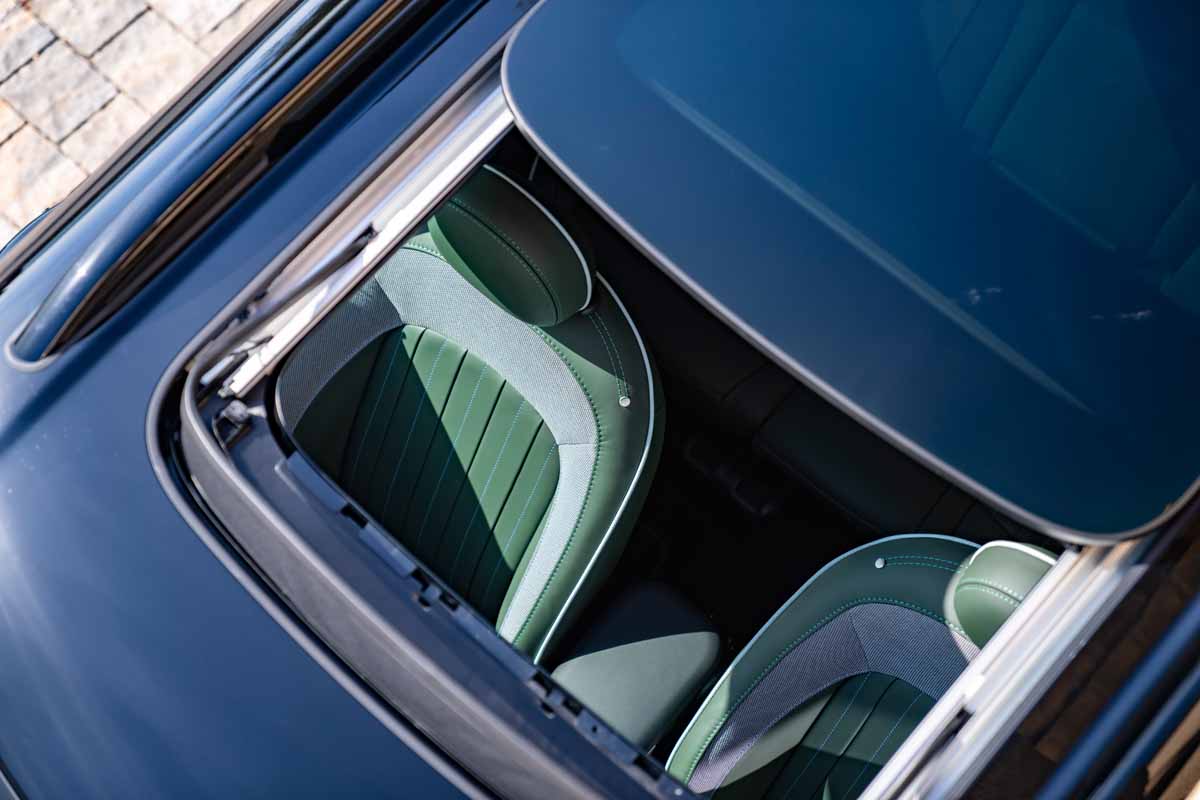