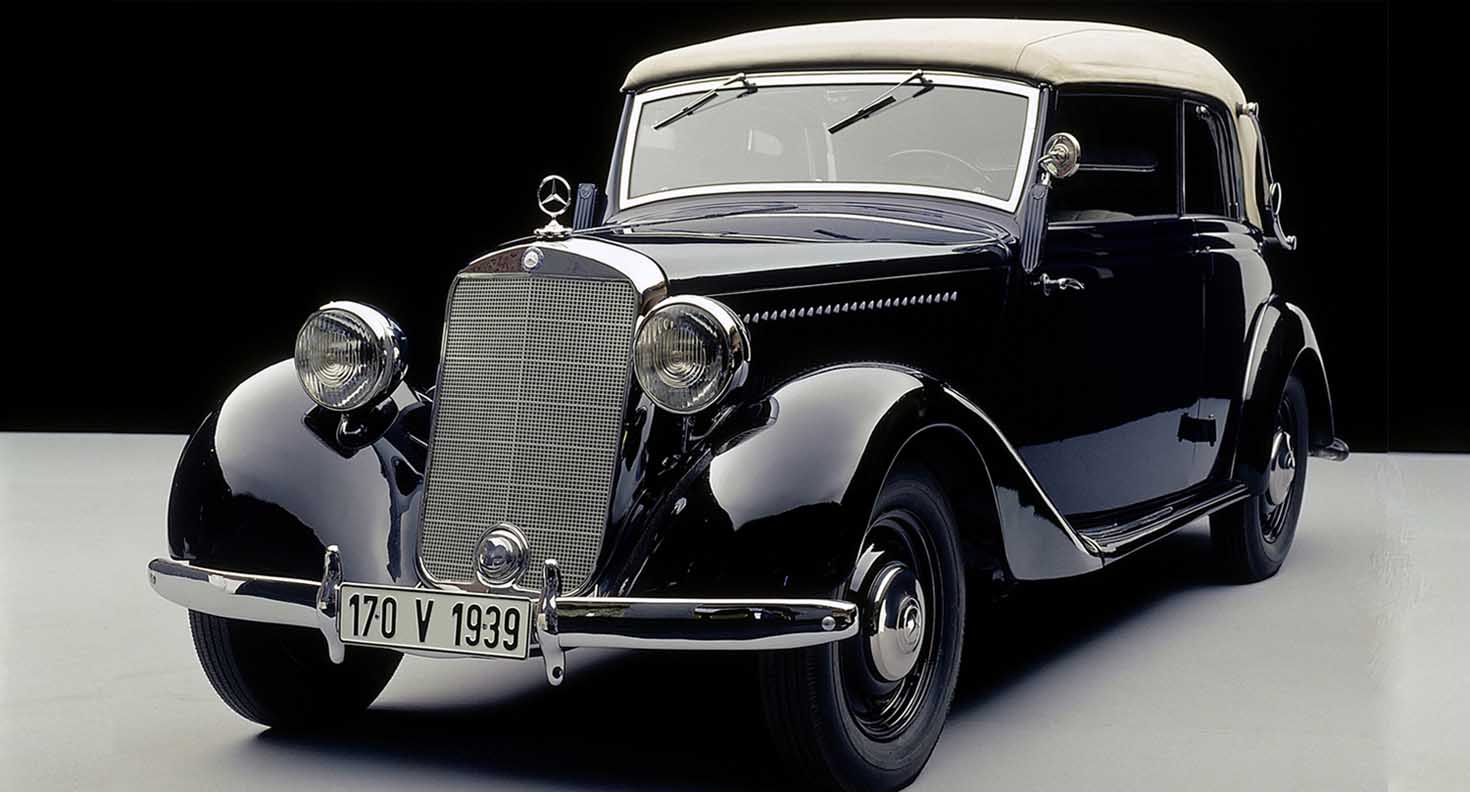 On 15 February 1936, Mercedes-Benz presented the 170 V (W 136) at the International Automobile and Motorcycle Exhibition (IAMA) in Berlin. This marked the beginning of a success story for the brand: fifty years after the invention of the car by Carl Benz and Gottlieb Daimler, the technically sophisticated and visually striking 170 V became a bestseller and secured Mercedes-Benz a top position in the medium-size car category. No less than 140,386 of the 170 V were produced.

Model diversity: No less than six body variants as passenger car were available to order at the introduction of the 170 V in March 1936: a saloon with two or four doors, a cabriolet saloon, a two-door open-top touring car (succeeded in 1938 by the four-door version), the Cabriolet B and a two-seater roadster.

In May 1936, the ample model range was supplemented by the sporty and elegant Cabriolet A. Prices started at RM 2,850 for the chassis only, the four-door saloon cost RM 3,850, and the roadster with two occasional seats could be had for RM 5,500. This meant that the prices were around RM 600 to RM 1,000 lower than those for the 170.

Production restarted with this successful model as early as May 1946. Initially, the platform vehicles, panel vans and ambulances urgently needed for the reconstruction work were produced.

E-Class connection: From July 1947 on, the four-door 170 V (W 136) rolled off the production line once again in Sindelfingen, the first Mercedes-Benz passenger car to see post-war production. In the freshly created Federal Republic of Germany, this saloon car marked the start of the long and important direct line of ancestors of today’s E-Class. Since the very beginning of the 20th century, the brand has been producing vehicles in the upper medium-size category. 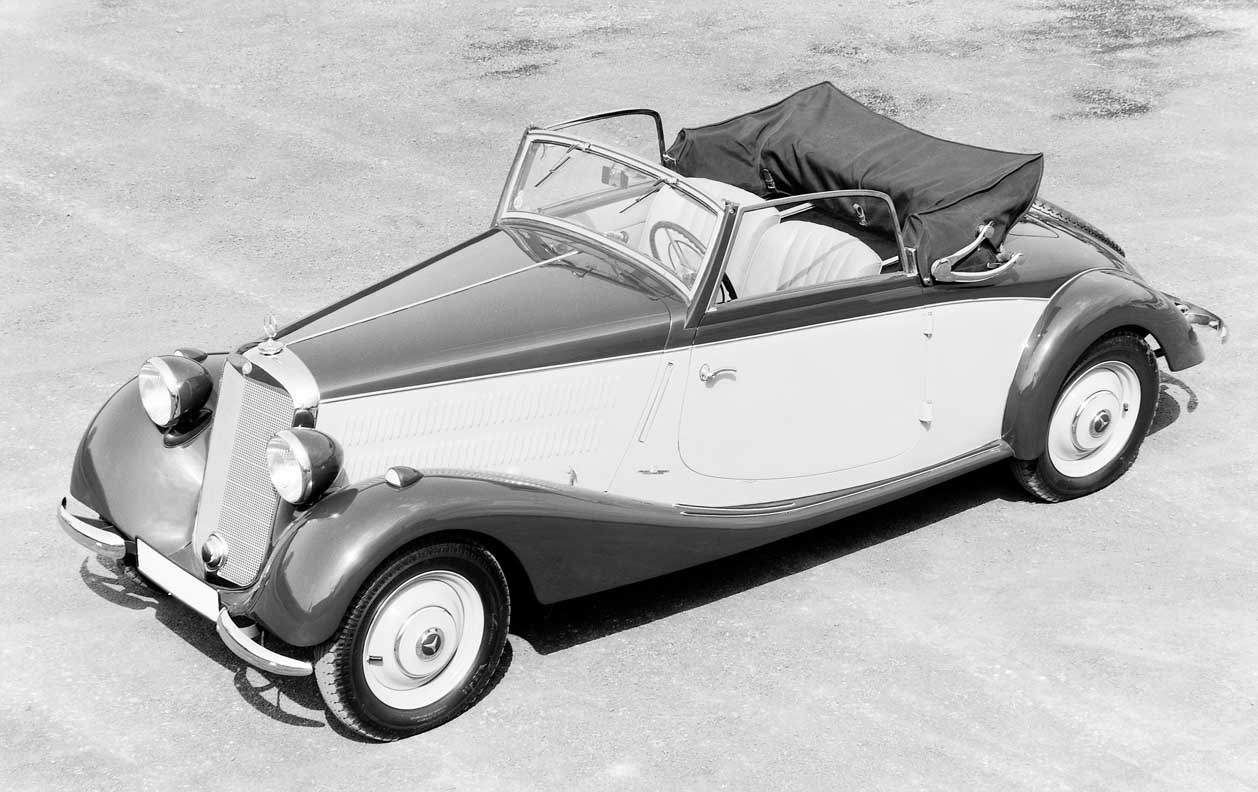 A new era: The development objectives for the 170 V had been clearly defined: the model with a four-cylinder engine was to be cheaper and more up to date than the six-cylinder 170 (W 15, 1931 to 1936) but, at the same time, it was to reflect all the brand values in full. Mercedes-Benz met this demanding challenge with flying colours: the new vehicle featured modern, flowing lines and clearly left the older era of boxy vehicles behind. In addition to the 170 V – the “V” stood for the German word for “front-mounted” engine – there was also the 170 H (W 28), which was also unveiled at the IAMA. That model had the same M 136 engine, but mounted in the rear.

The 170 H was the direct successor to the Mercedes-Benz 130 (W 23) introduced in 1934, which also had a rear-mounted engine. But that avant-garde car was far less well received by the public than its front-engined relative: while the 170 V broke several sales records up to 1942, production of the 170 H ceased in 1939 after only 1,507 units.

Chassis and body: The backbone of the 170 V was a robust X-shaped oval tube frame. Compared to the box frame used in the model 170, the weight was reduced by 80 kilograms, while the rigidity was, at the same time, increased. The engine was mounted in the front fork frame, and the differential was mounted in the frame at the rear. Due to the extended wheelbase and the engine being mounted further forward, the rear seats – mounted lower than before – could also be moved into the better-sprung area in front of the two-joint swing axle.

The front wheels were individually suspended and each had a transverse leaf spring package and lever-type shock absorbers. The ground clearance of 205 millimetres was of considerable advantage on poor roads and dirt tracks. The body was crafted from a mixed construction of a wooden frame with sheet metal panelling.

The engine: The four-cylinder M 136 engine was initially a 1.6-litre engine during the test phase. Not until shortly before the start of series production was the decision taken to increase this to 1.7 litres by enlarging the stroke and bore to produce more torque. With vertical valves and an updraught carburettor, the unit had an output of 28 kW (38 hp). To achieve good levels of refinement, the unit was suspended as a floating assembly on rubber bearings. The M 136 was considered simple, smooth-running and reliable.

The trade journal “Motor und Sport” described the driving experience in Issue 34/1936 using these words: “The engine definitely runs so quietly, and the damping of the vibrations is so effective, that you would never guess there was a four-cylinder engine under the bonnet.” The four-speed transmission initially had synchro-mesh third and fourth gears. From 1940 onwards, a fully synchronised manual transmission was installed.

The car turns 50: The year the Mercedes-Benz 170 V was launched was a special year in the history of the car. Almost exactly five decades to the month before the IAMA 1936, the car was born. The date of birth is considered to be 29 January 1886. It was on that day that Carl Benz applied for a patent for his “gas-powered vehicle”. In July 1886, the newspapers reported on the first public outing of the three-wheeled Benz Patent Motor Car. And in August of the same year, Gottlieb Daimler presented the motor carriage. 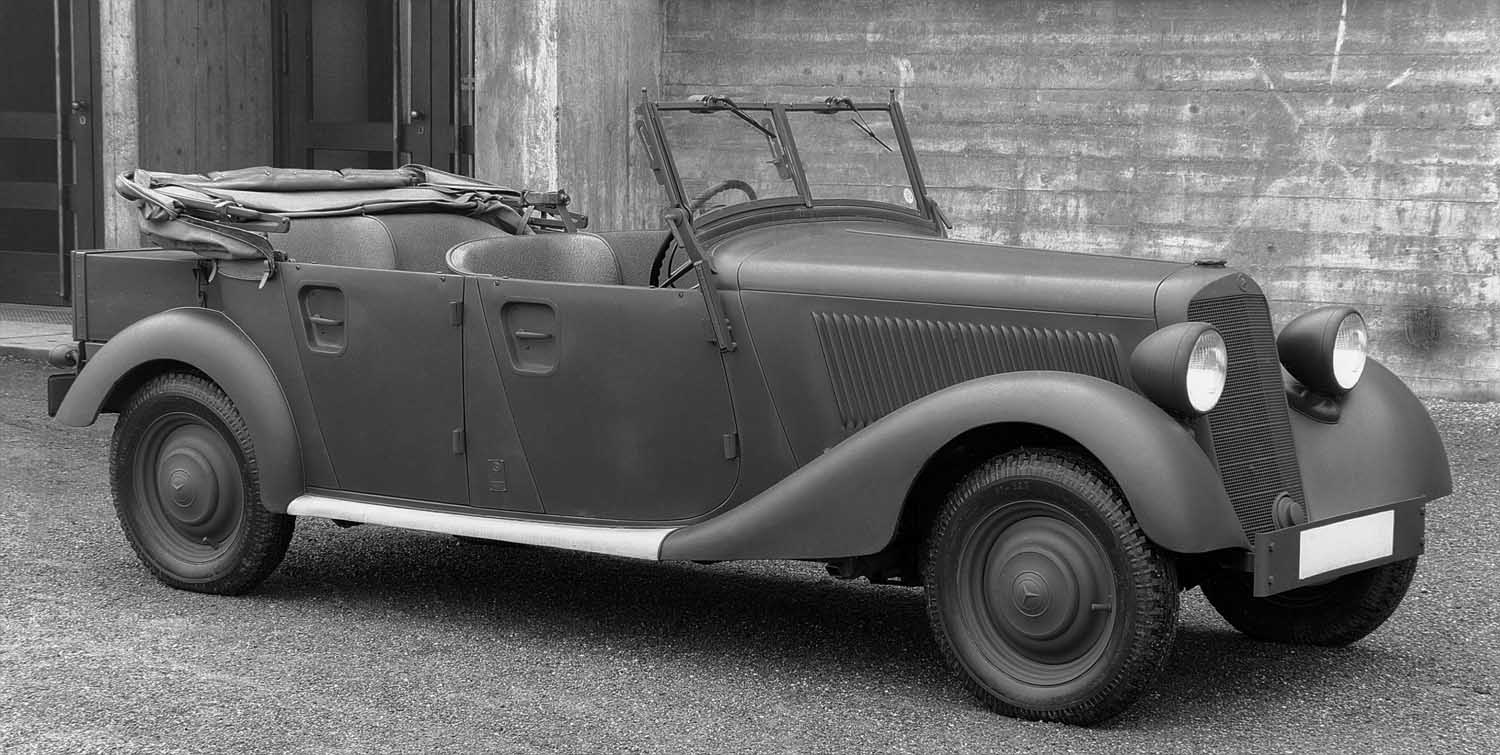 The fiftieth anniversary of the invention of the car was also the occasion marked by the building of the first Mercedes-Benz Museum at the plant premises in Untertürkheim. The company’s archives have officially existed since December 1936 – but even before that, records and documents were systematically stored. A vehicle collection has existed since the year 1900.

Facelift: The Mercedes-Benz 170 V was carefully enhanced through further development. From 1937 onwards, the radiator grille was angled almost imperceptibly steeper and the filler opening for the coolant was now located under a screw cap with a star on the radiator grille. In 1938, the light utility vehicle (LUV) for police and army use was added. 19,065 of these cars were produced in three variants in the period up to 1942.

Although Mercedes-Benz almost completely ceased building passenger cars in 1942 due to the war, production of the G 136 gas generating unit, developed for the 170 V, began in Gaggenau in 1943. Loaded with around 24 kilograms of charcoal, a vehicle featuring such a unit covered 100 to 130 kilometres. Fuel remained scarce after the war, yet wood was available in plenty. For this reason, the wood-gas system was once again produced from January 1946.

New production start-up after the Second World War: In November 1945, only six months after the end of the war, the economic agency of the US occupation zone granted the Stuttgart-based car manufacturer permission to manufacture the urgently needed platform trucks, panel vans and ambulances based on the 170 V.

The licence was extended to the passenger car in spring 1946. In May 1946, a platform truck was the first vehicle to leave the Sindelfingen plant, which had been badly damaged by bombs. It was not until mid-1947 that the four-door 170 V saloon restarted production. In 1949, the company made 12,719 passenger cars and 382 vans from this model, which was the only model outside the truck division at the time.

Diesel power: The Technical Export Fair in Hanover in 1949 was the stage on which the 170 D (W 136 I D) with a diesel engine premiered, which was identical in construction to the 170 V except for the engine.

Positioned above the 170 V, on the other hand, was the 170 S (W 136 IV), which also made an appearance here and whose larger all-steel body mainly enhanced the interior space. For the first time since the war, the brand was once again underlining its abilities in luxury class production. 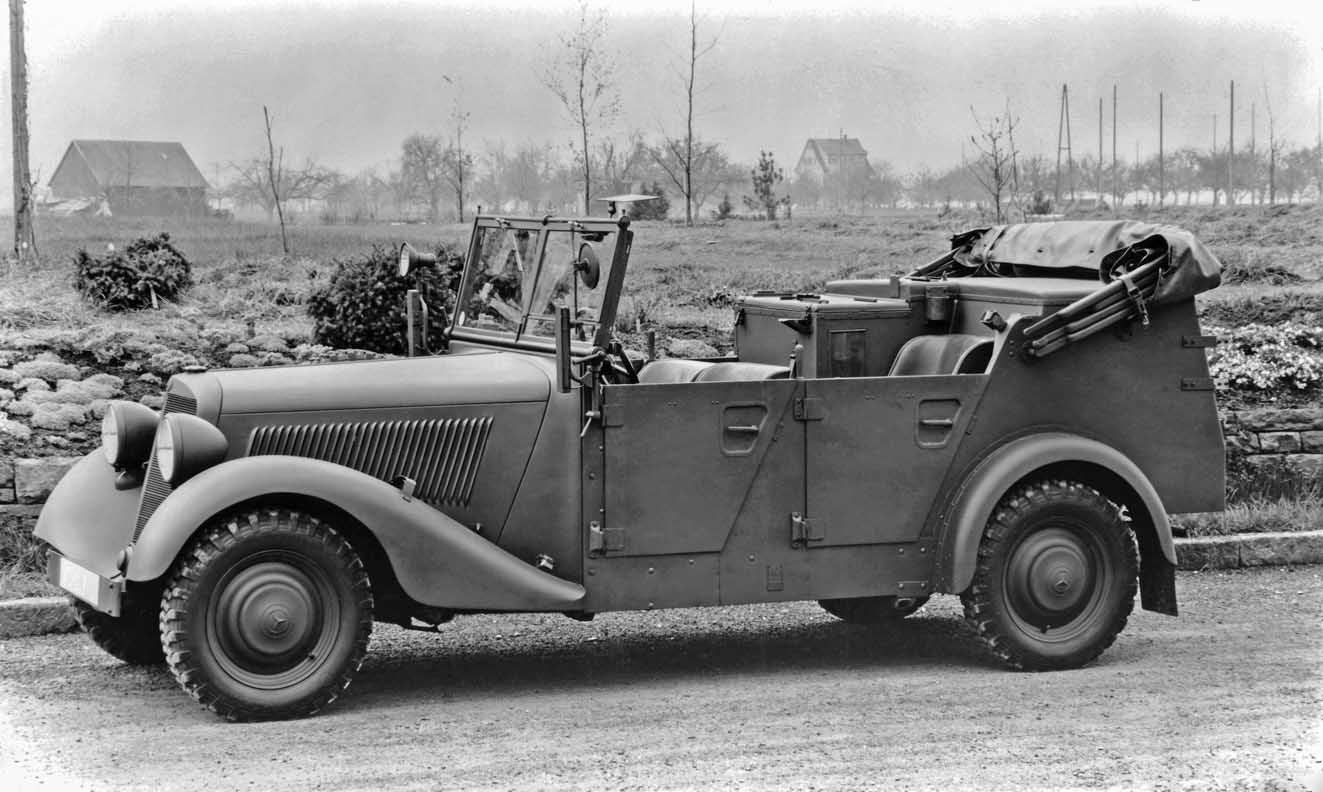 Compact transporter: In addition to the 170 V passenger vehicles, a panel van was available as a commercial version since the premiere in 1936. 989 of it were produced until production stop in 1942. It is a predecessor of the small vans with a star. Mercedes-Benz is now represented in this segment with the Citan.

Of this model, Mercedes-Benz Vans will present a successor generation in the second half of 2021, which will also include an all-electric variant. In addition to the Citan, there will also be vehicles aimed mainly at private customers. The class designation for this vehicle is “T-Class”, and it will be presented in the first half of 2022.

In the eyes of the press: The renowned “Allgemeine Automobil-Zeitung” (AAZ) stated in its 17/1937 Issue: “The most salient feature of this car is its suppleness, its wonderfully smooth adaptation to the driver’s every desire, no matter how subtle.  It is anything but a coincidence that this car has been able to conquer a considerable share of the German market within a short period of time.”

Trade magazine “Motor und Sport” had this to say in its 17/1937 Issue: “Its value lies in the fact that this car, with all its characteristics assessed, is probably the most balanced design to be found in light car construction internationally.”

“Automobil-Revue”, a Swiss motoring magazine, noted in Issue 12/1950: “The Mercedes-Benz Model 170 V has long since outgrown the motoring equivalent of the adolescent stage. But is it not a vehicle that, in terms of its performance, modesty, economy, safety, its durability and – last but not least – its beauty, can still stand comparison with the latest chrome-plated creations of car fashion?” 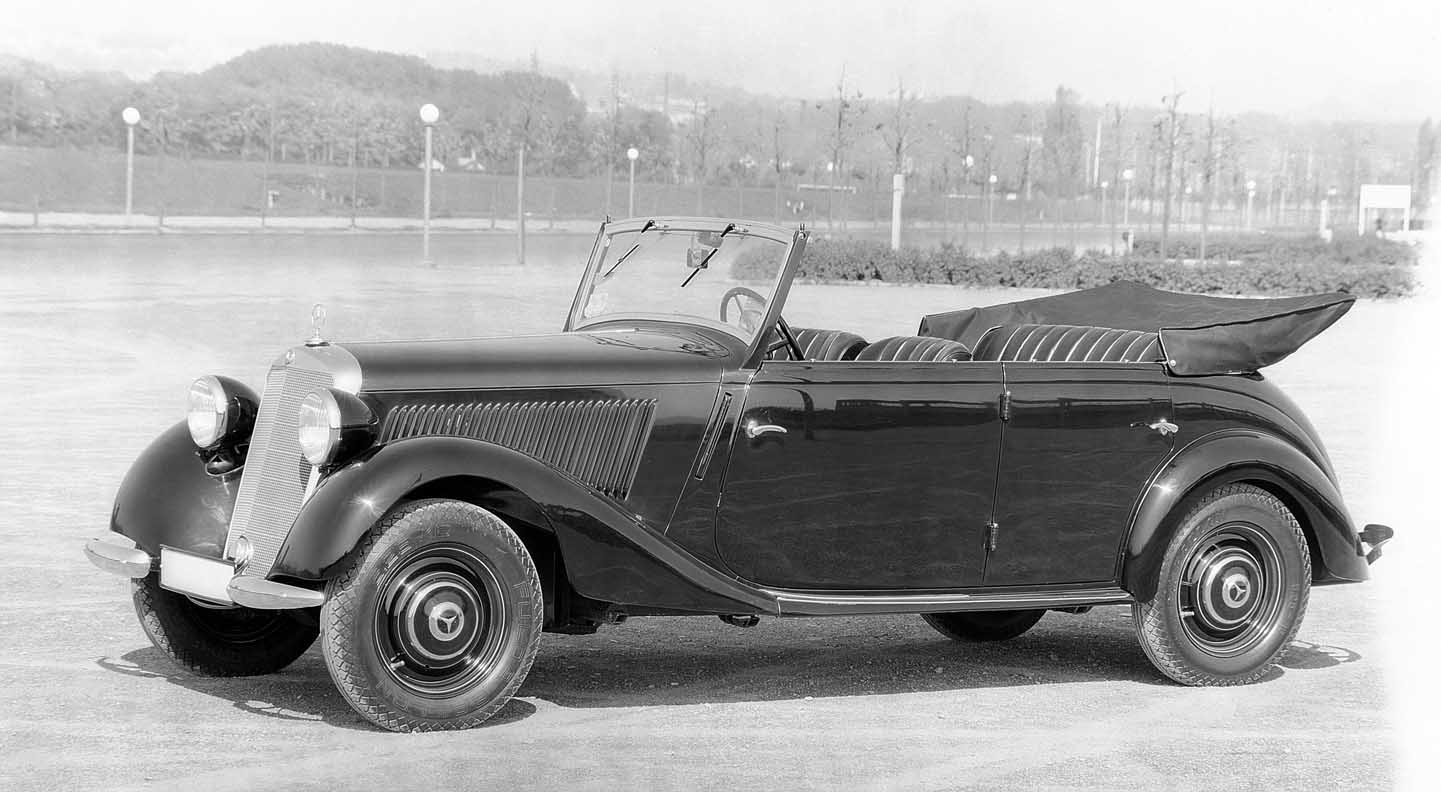 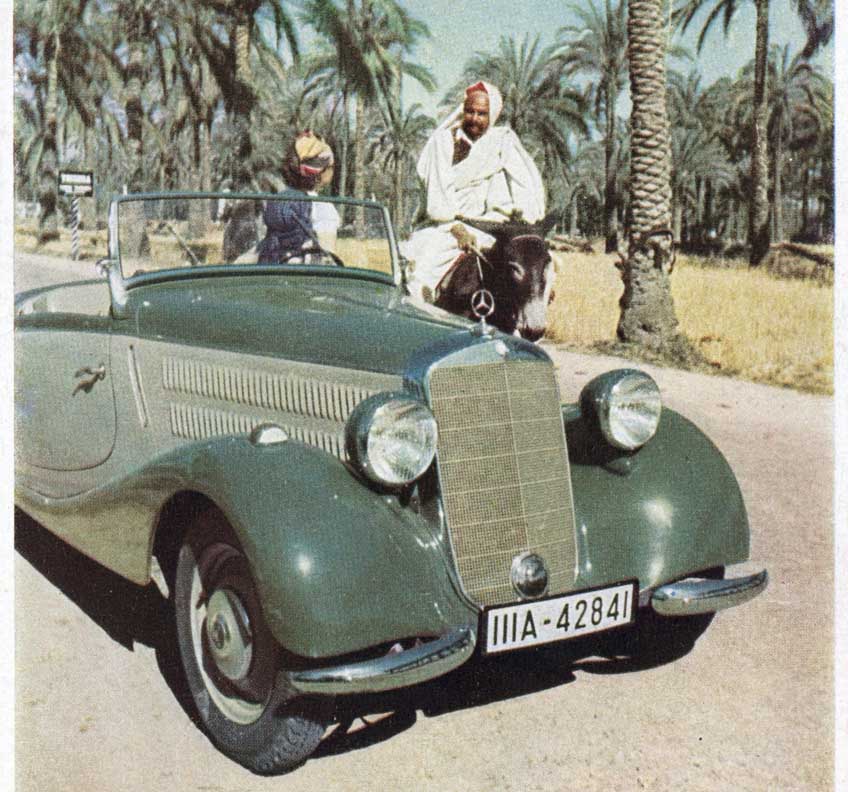 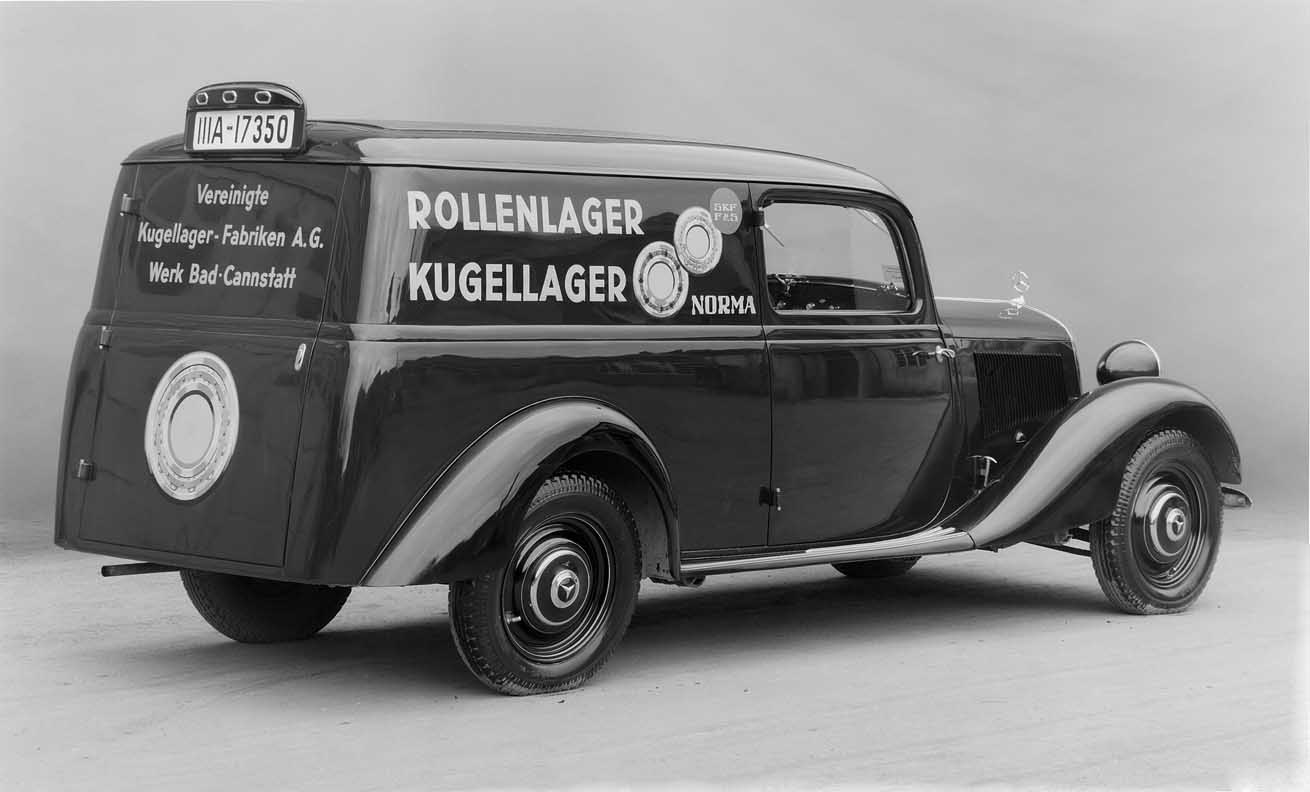 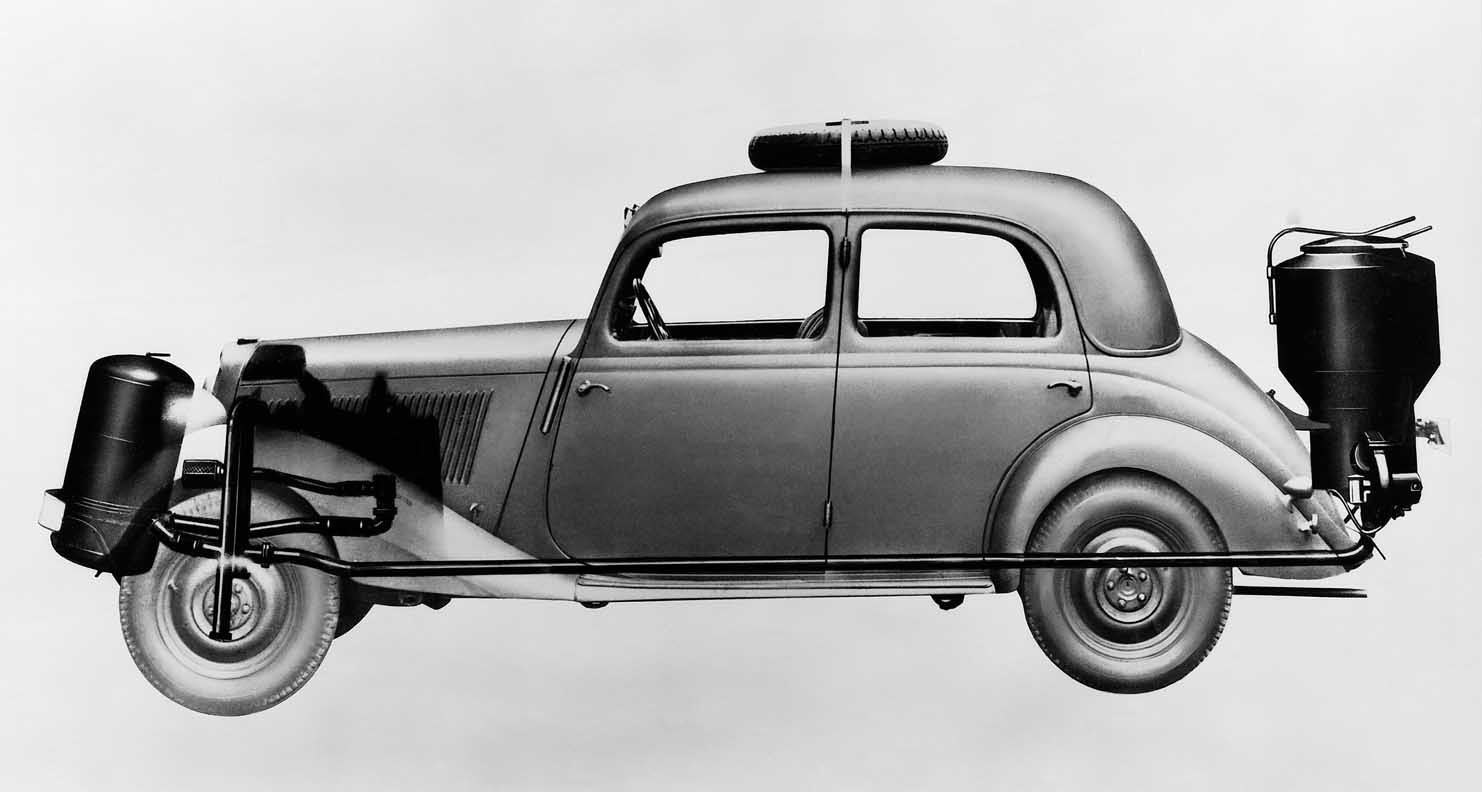 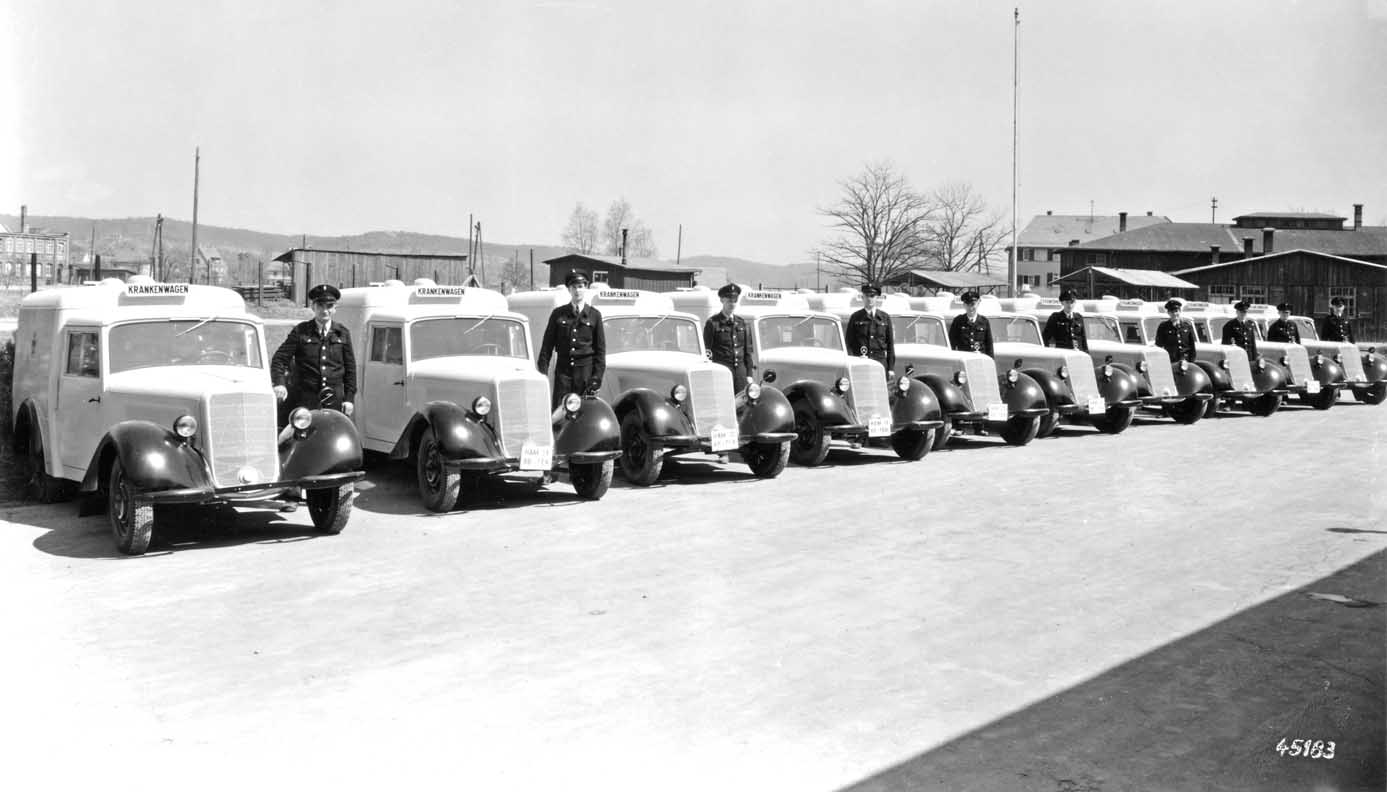 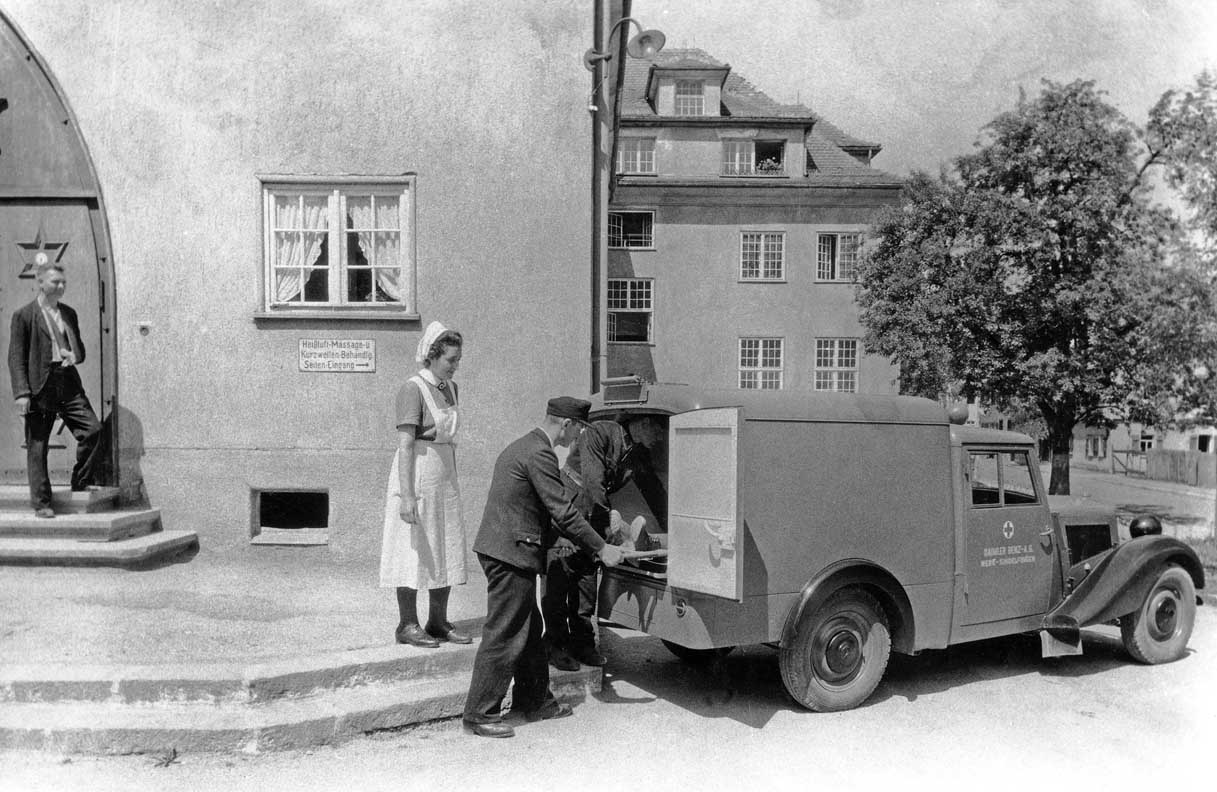 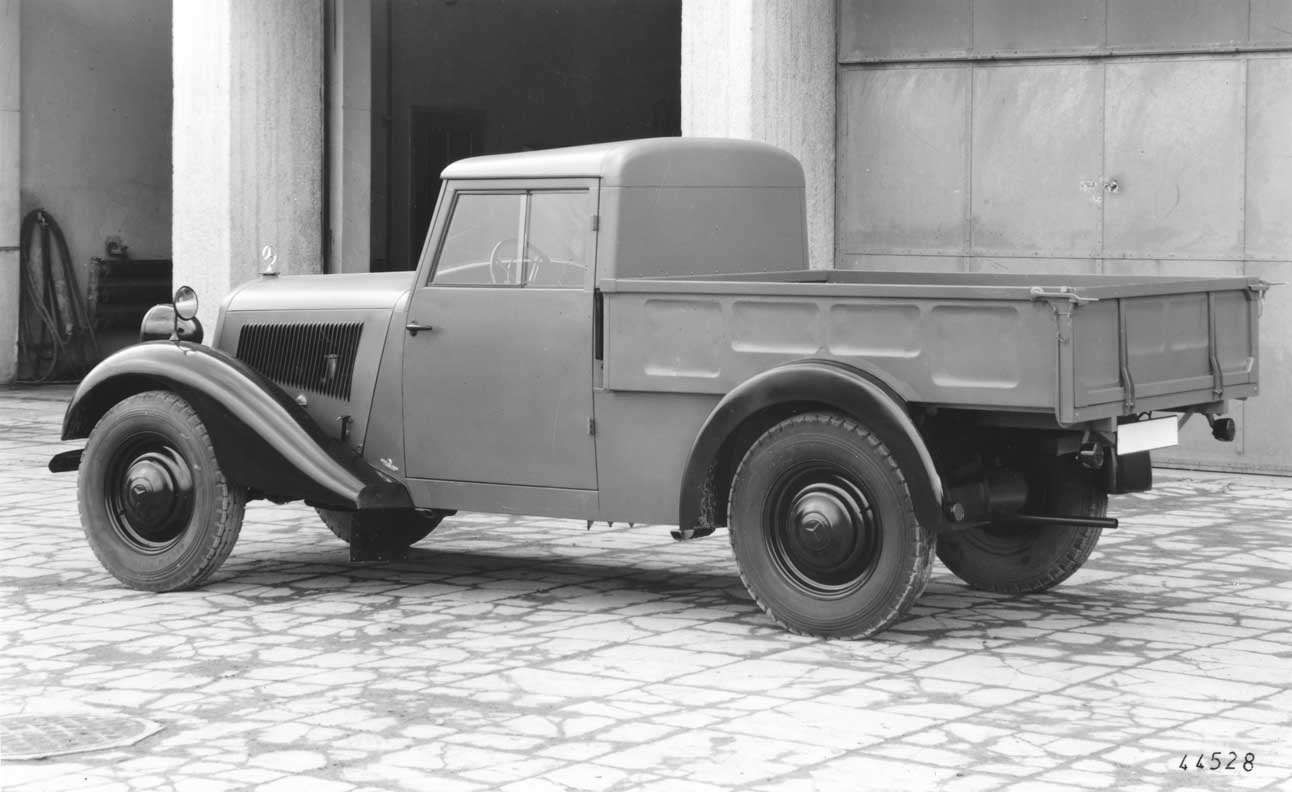 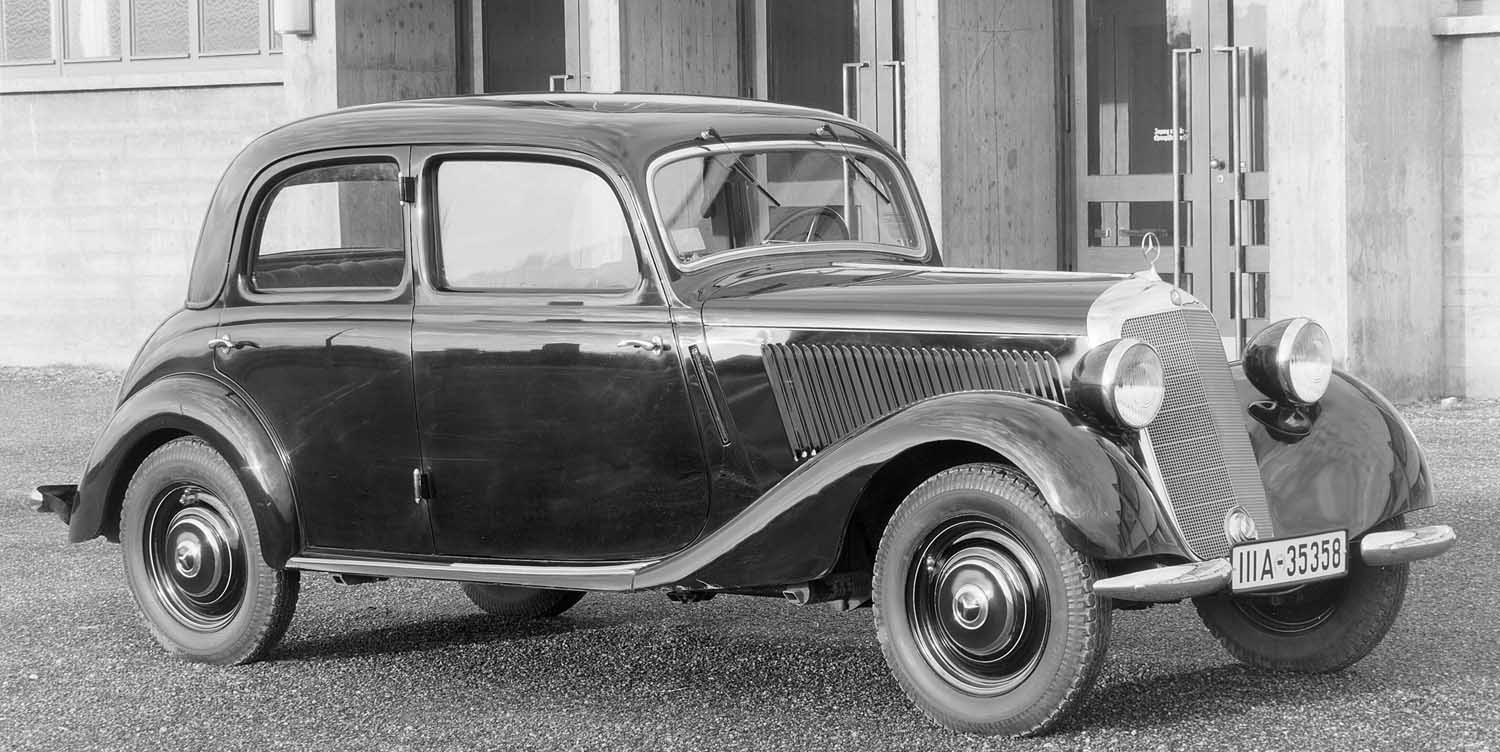 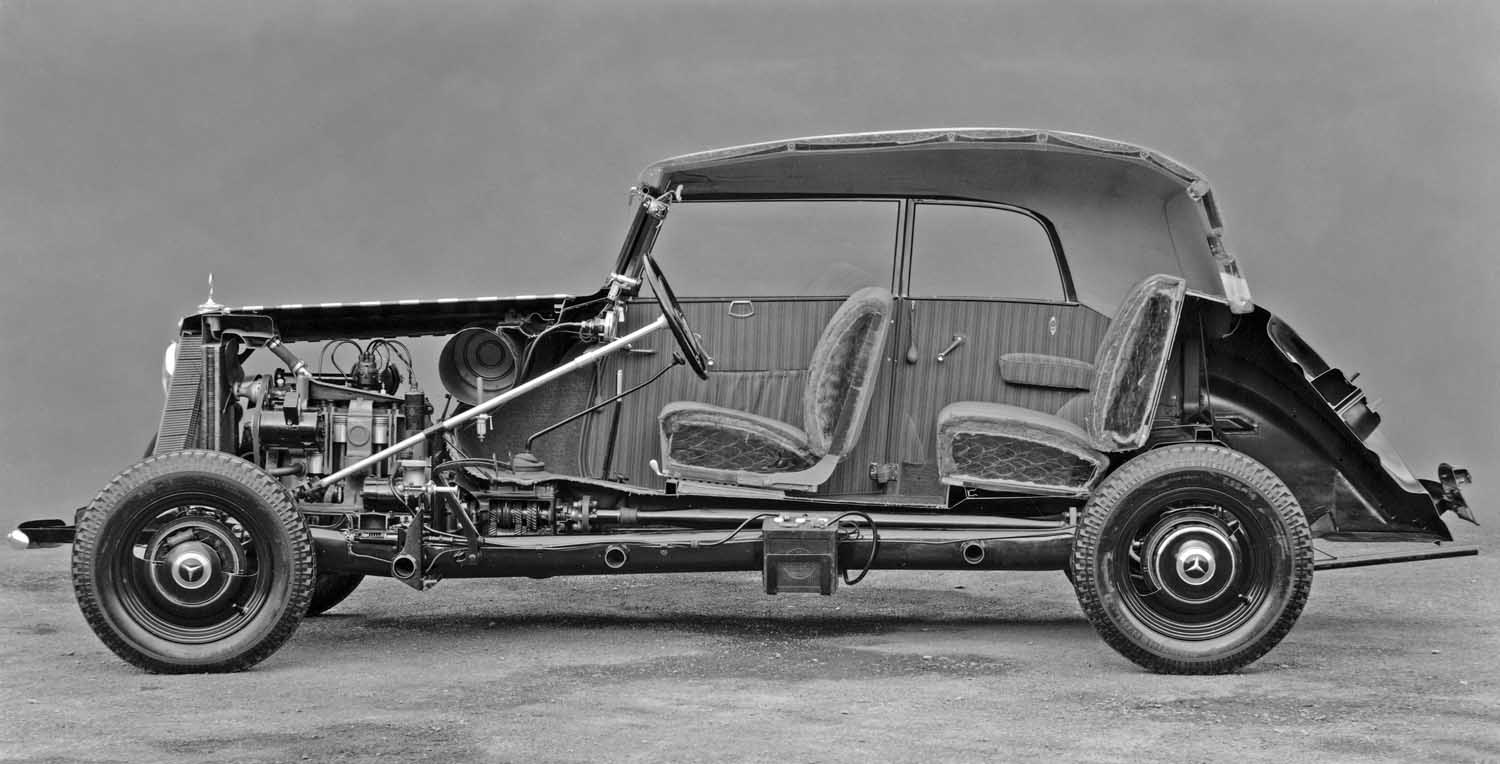 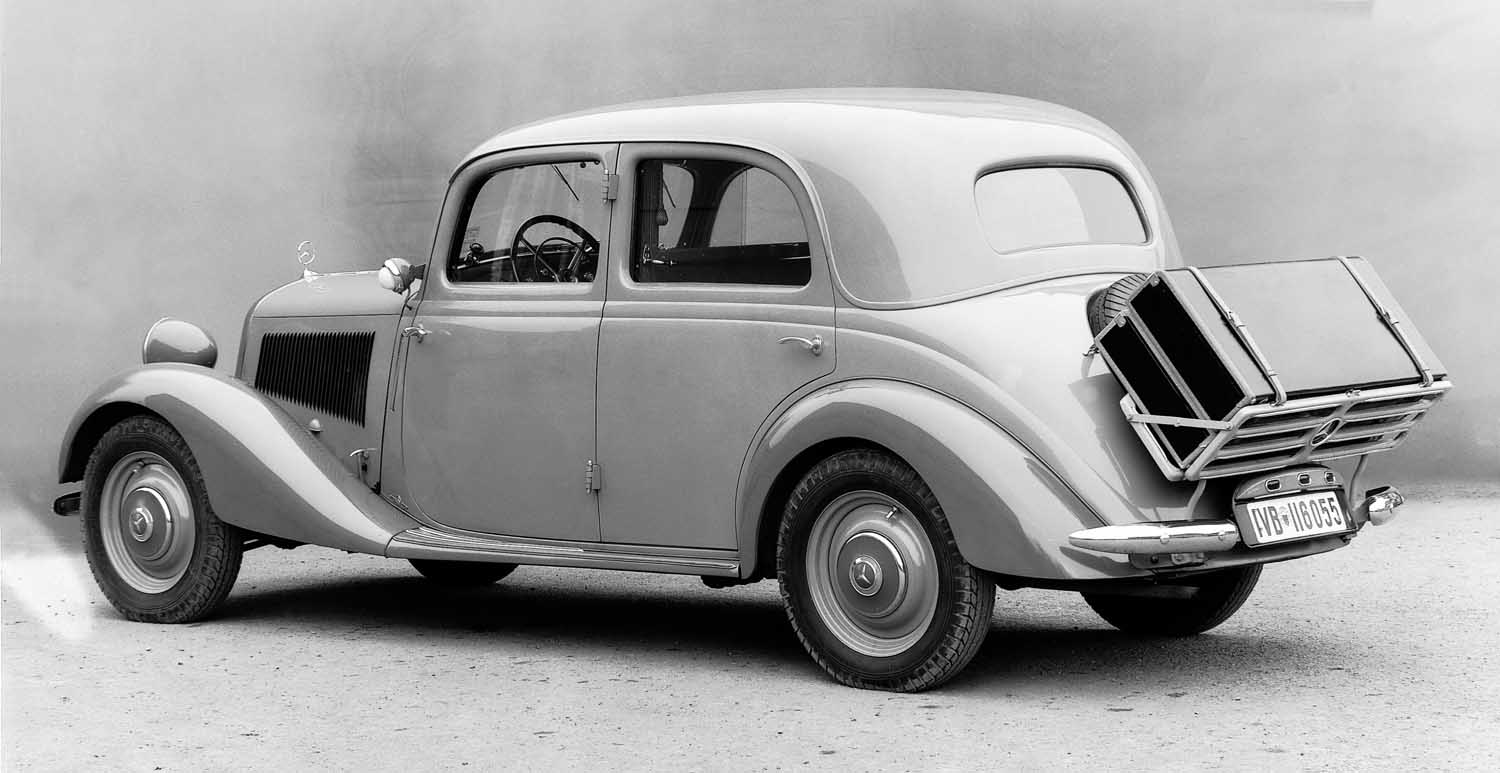 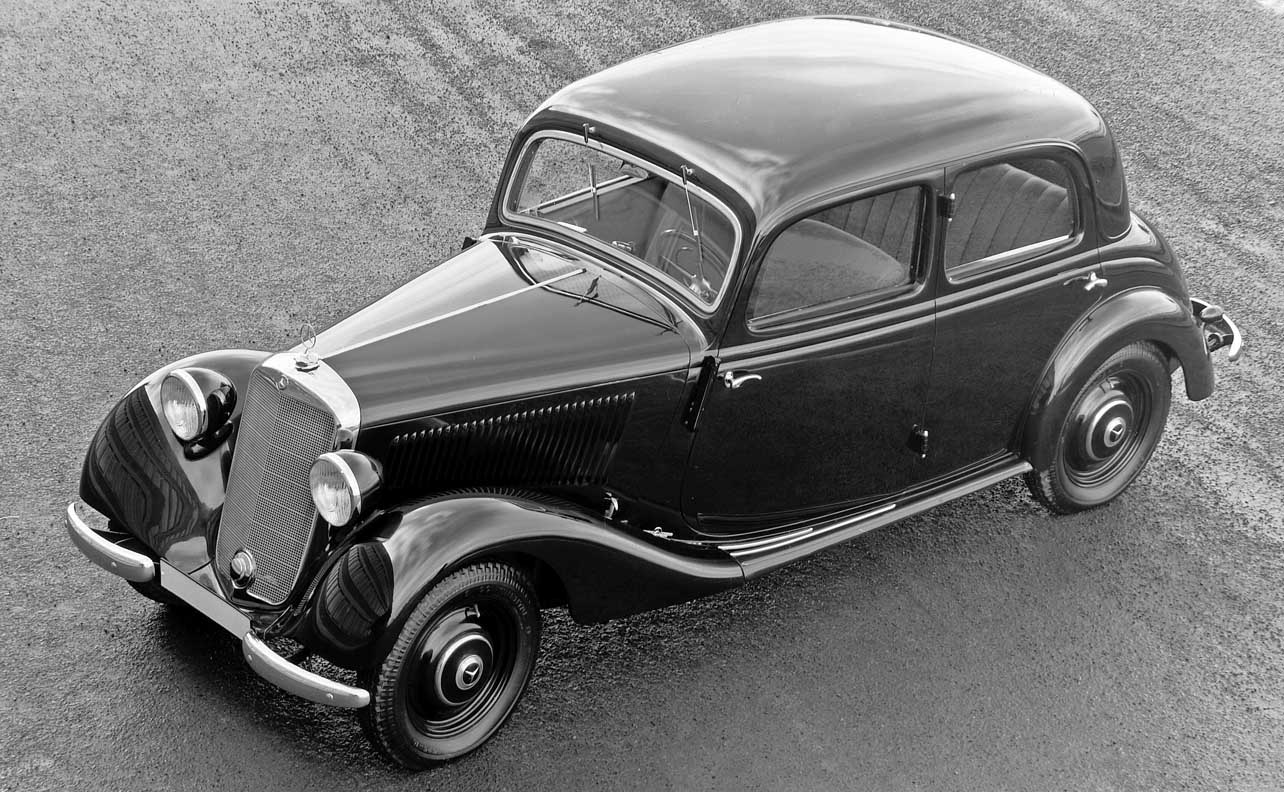 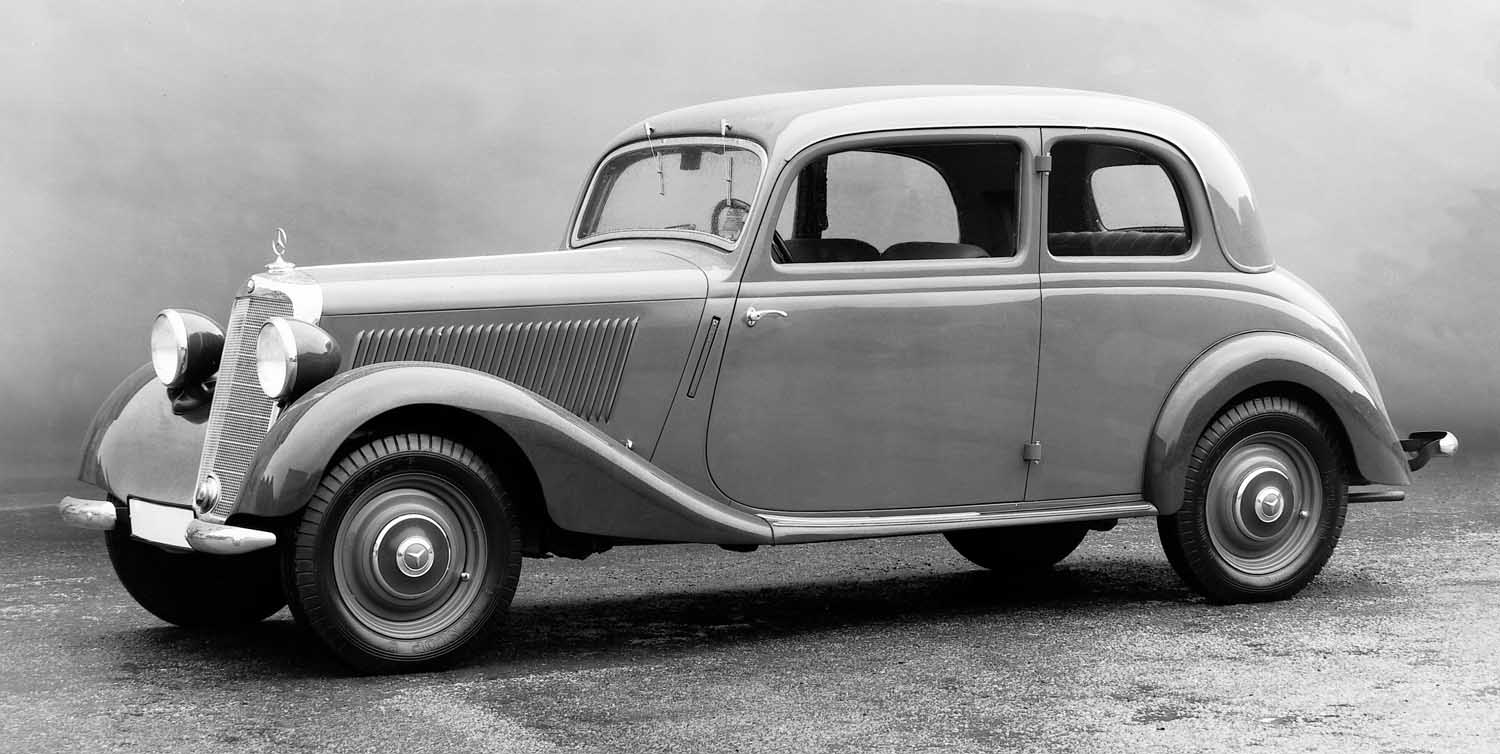 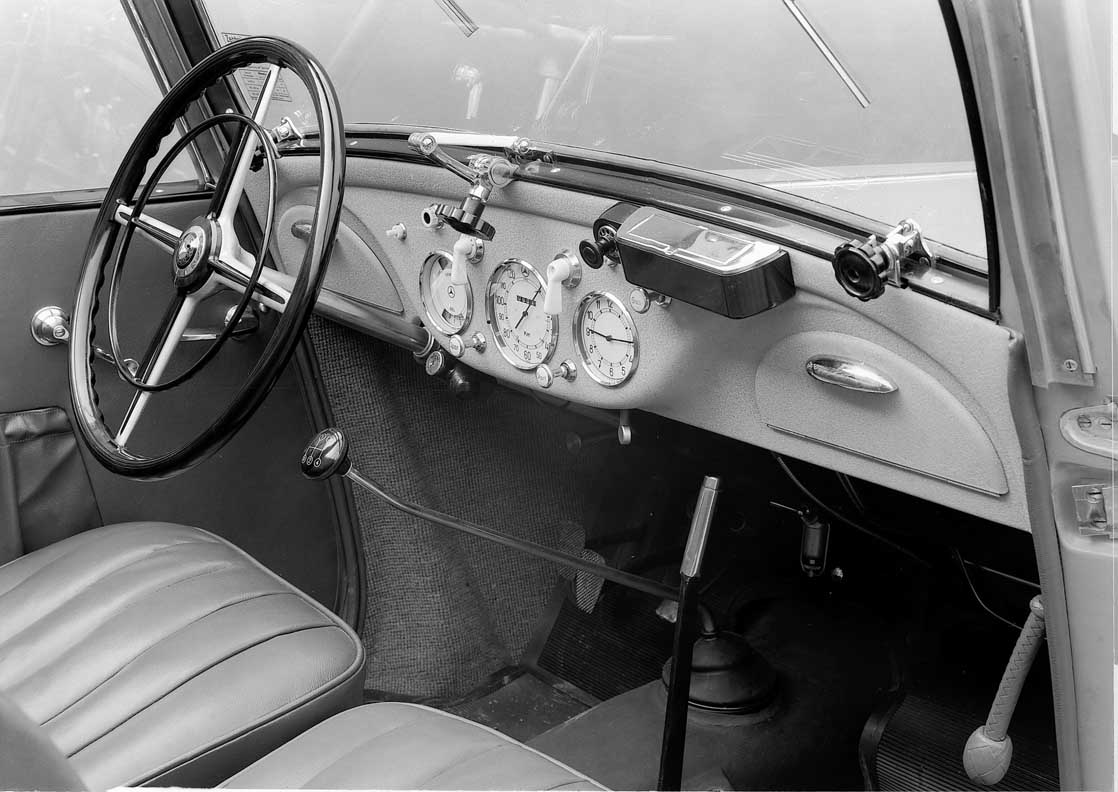 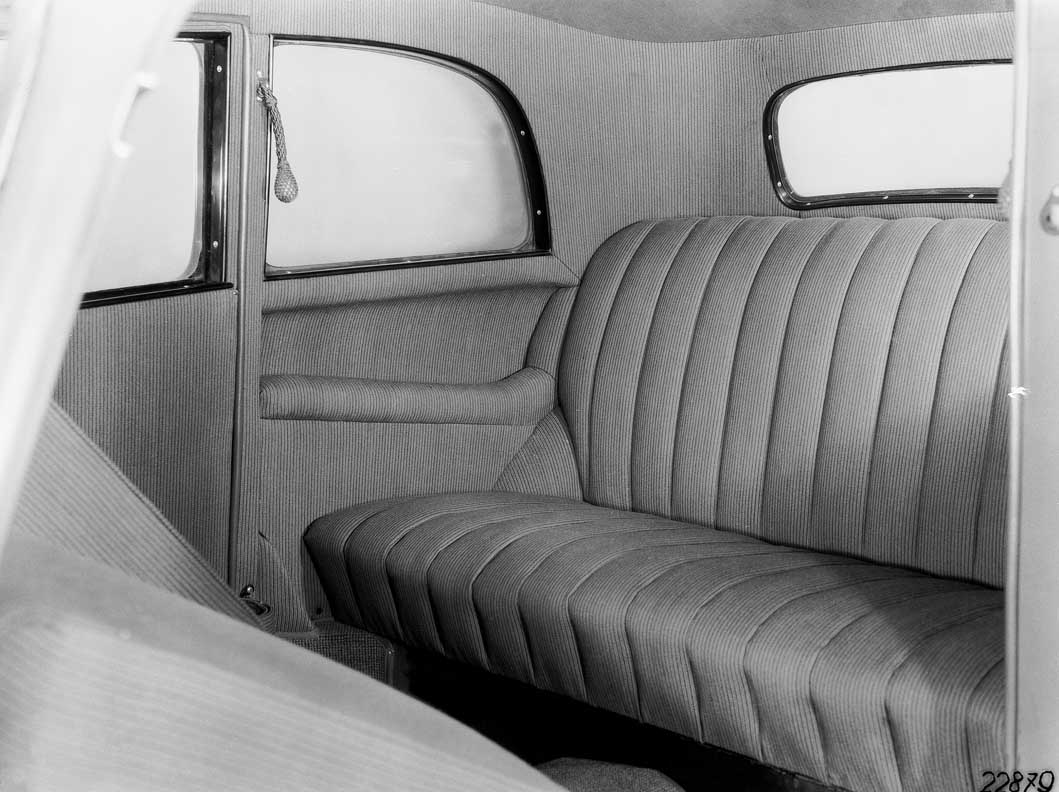 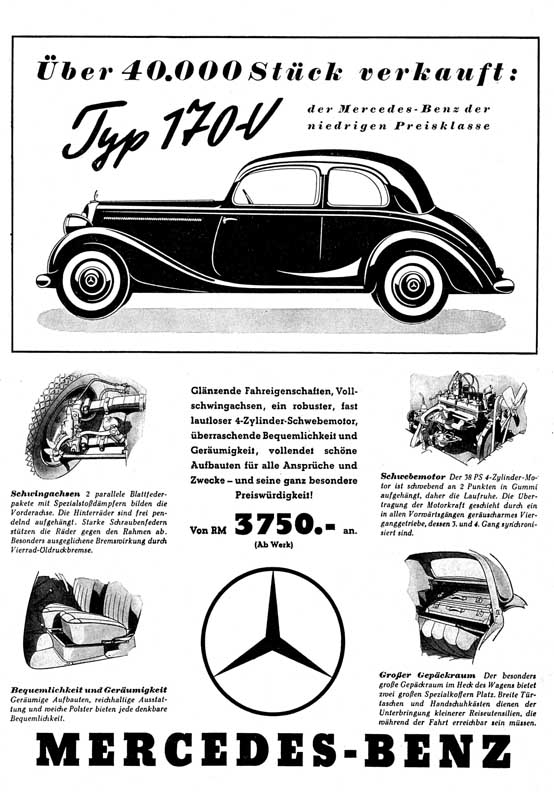 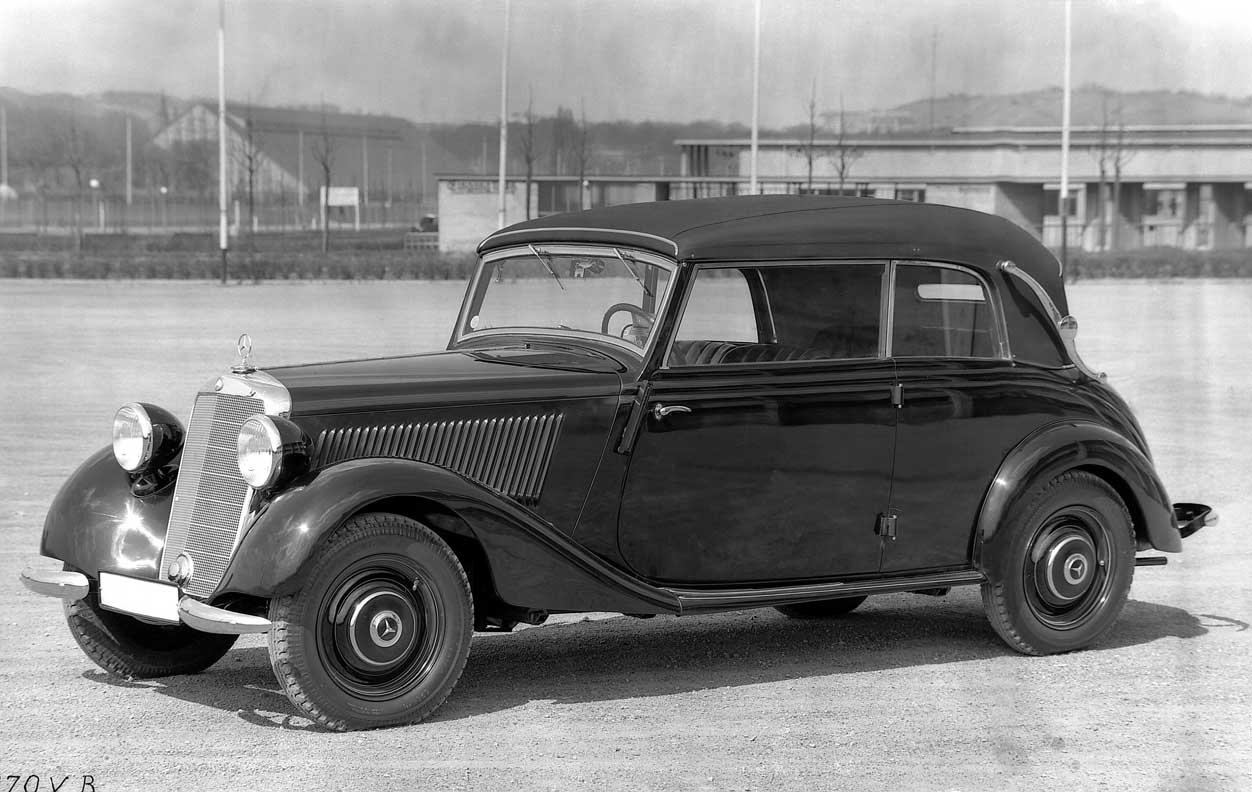 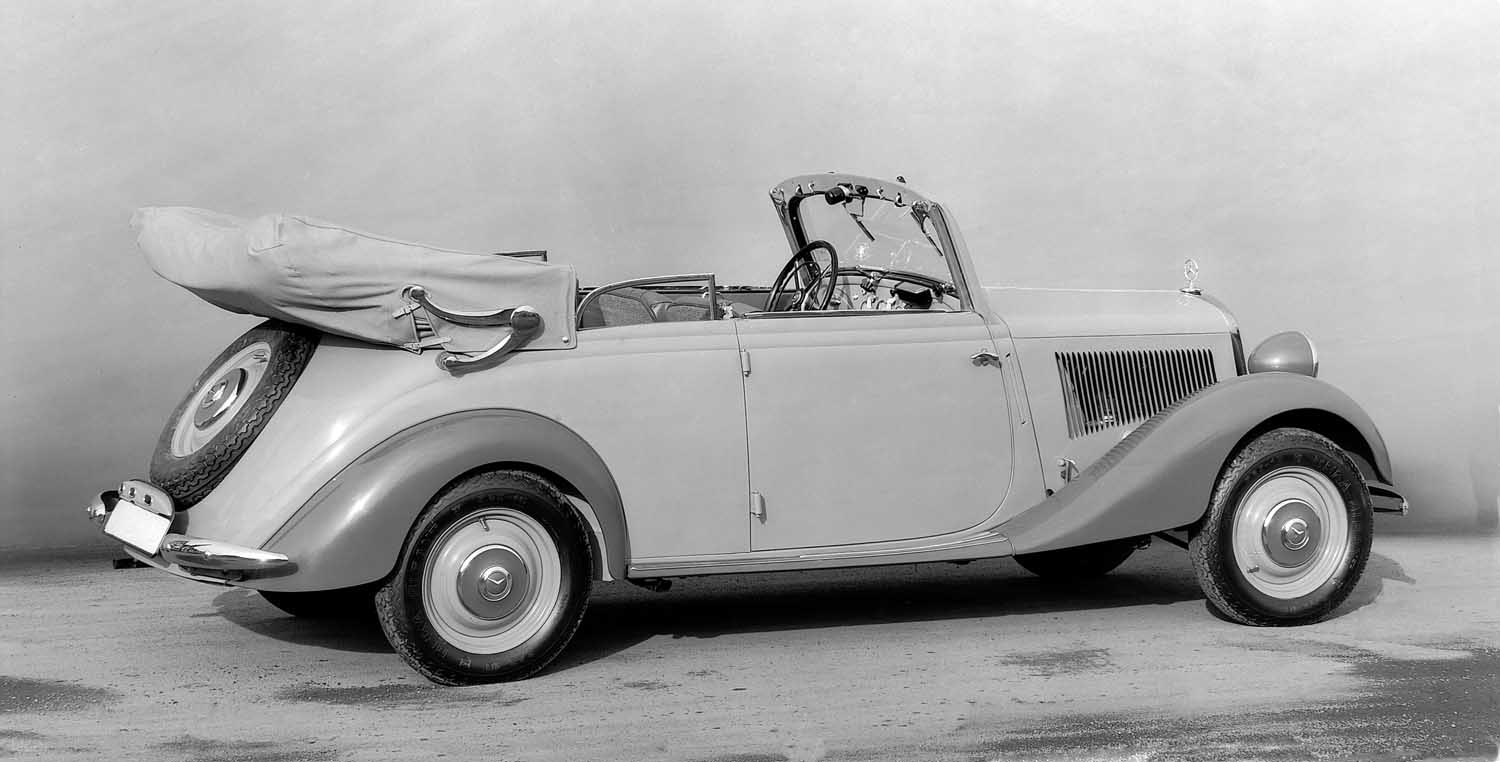 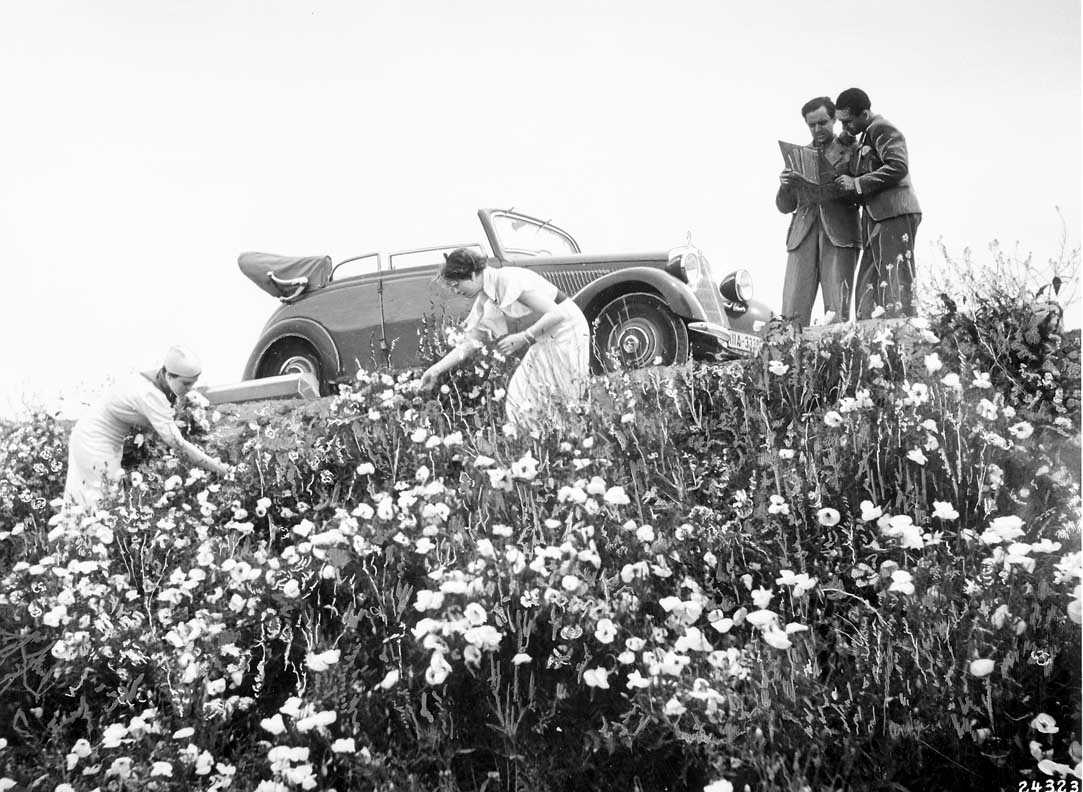