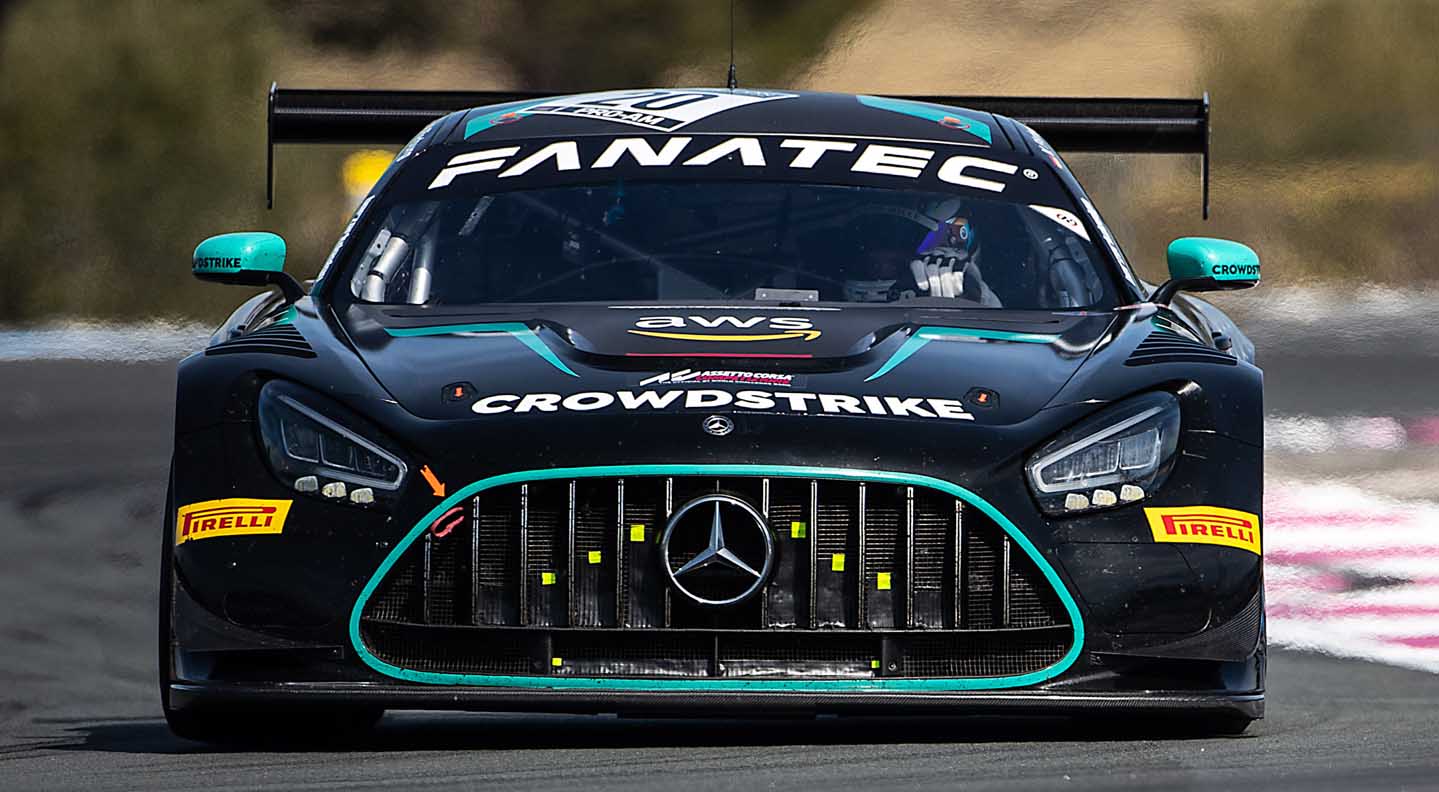 The GT World Challenge having already started in America and in Australia, the lights are about to go green on the European continent, too: from 16th-18th April, Autodromo Nazionale Monza will serve as the venue for the opening round of this year’s Fanatec GT World Challenge Europe Powered by AWS. Eight Mercedes-AMG Motorsport Customer Racing Teams will be participating in the renowned race series with 13 Mercedes-AMG GT3s – a good set-up, therefore, to defend the drivers’ title as well as the Silver Cup drivers’ and teams’ titles while aiming at further title wins as well. The schedule consists of five sprint and five endurance events with the Total 24 Hours of Spa (29th July-1st August) as the season highlight. The teams are not only competing for titles, victories and points in the European version of the race series. With their achievements, they are also contributing to the superordinated global manufacturers’ standings in which Mercedes-AMG came out on top in the past two years.

The Mercedes-AMG Motorsport Customer Racing Teams Toksport WRT (#7), SPS automotive performance (#20), RAM Racing (#69), AKKA ASP Team (#87, #88) and Madpanda Motorsport (#90) will be taking on a campaign in the full 2021 GT World Challenge Europe 2021. For the sprint races, one Mercedes-AMG GT3 each from Toksport WRT (#6) and AKKA ASP Team (#89) will complement this impressive line-up. For the Endurance Cup rounds, Haupt Racing Team will be joining the field with two cars (#4, #5) as well as GetSpeed Performance (#2), SPS automotive performance (#40) and WINWARD Racing (#57) with one GT3 each. That is making Mercedes-AMG with a total of 13 cars the manufacturer with the largest contingent in the series and also has the biggest presence in the Endurance and the Sprint classifications with eleven and eight cars respectively. In the 2021 season, the #4 under the Mercedes-AMG Team HRT entry in the Endurance Cup, the #6 as Mercedes-AMG Team Toksport in the Sprint Cup as well as #88 under Mercedes-AMG Team AKKA ASP in both classifications will be competing with extended support from Affalterbach.

First-class driver line-up in all categories
During the official GT World Challenge Europe test days at Circuit Paul Ricard on 25th and 26th March, the Mercedes-AMG drivers already presented themselves in an impressive shape: with the #88 AKKA ASP Team entry, Jules Gounon (FRA) posted the fastest lap time of all the participants at the track in the south of France. Overall, the Customer Racing Teams have a high-quality line-up: among the drivers are seasoned GT3 stalwarts like Maro Engel (GER), Raffaele Marciello (ITA) and Philip Ellis (SUI), but also rising stars like Timur Boguslavskiy (RUS), who became the youngest-ever champion in the series’ history with eight podium finishes from 14 sprint and endurance races last year. Next to Pro driver Boguslavskiy, Mercedes-AMG also has Ezequiel Pérez Companc (ARG) as the reigning Silver champion in its ranks, who will be racing again with Madpanda Motorsport in 2021.

Mercedes-AMG Motorsport aims at third consecutive manufacturers’ title
The GT World Challenge Europe, together with its counterparts in America, Asia and Australia, is considered as the world’s most competitive GT championship. The achievements from the teams in the continental competitions decide the outcome in the battle for the manufacturers’ title at global level that went to Affalterbach in the past two years. After convincing performances by the Customer Racing Teams in the first rounds of the season in America and Australia, Mercedes-AMG is again leading in the superordinated standings. The season in Europe is getting underway with a race weekend at the Autodromo Nazionale Monza (16th-18th April). The highlight of the race calendar is the Total 24 Hours of Spa (29th July-1st August), where Haupt Racing Team and WINWARD Racing scored a 1-2 in the Silver Cup last year. The race at Barcelona on 10th October concludes the season.

Eleven Mercedes-AMG GT4s racing on the support package
In selected GT World Challenge Europe events, races of affiliated series are held on the support package. During the season opener at Monza, for instance, further Customer Racing Teams are competing in the GT4 European Series: with a total of eleven Mercedes-AMG GT4s from CD Sport, NM Racing Team, Selleslagh Racing Team, AKKA ASP Team and Trivellato Racing by Villorba Corse, the performance and sports car brand from Affalterbach here also has a larger representation than any other manufacturer.

Stefan Wendl, head of Mercedes-AMG Customer Racing: “In the GT World Challenge, we were already able to celebrate many significant victories and emotional achievements together with our Customer Racing Teams, both in the drivers’ and in the teams’ classifications. Of course, we are also particularly proud of the fact that we are the only brand to date to have won the title in the combined manufacturers’ standings in the past two years. In Europe, we have the largest contingent of cars and teams that we will again be supporting in an optimal way this year. I am very confident that we will succeed in confirming last year’s huge achievements. I wish the teams and drivers all the best for the new season and a successful start at Monza.” 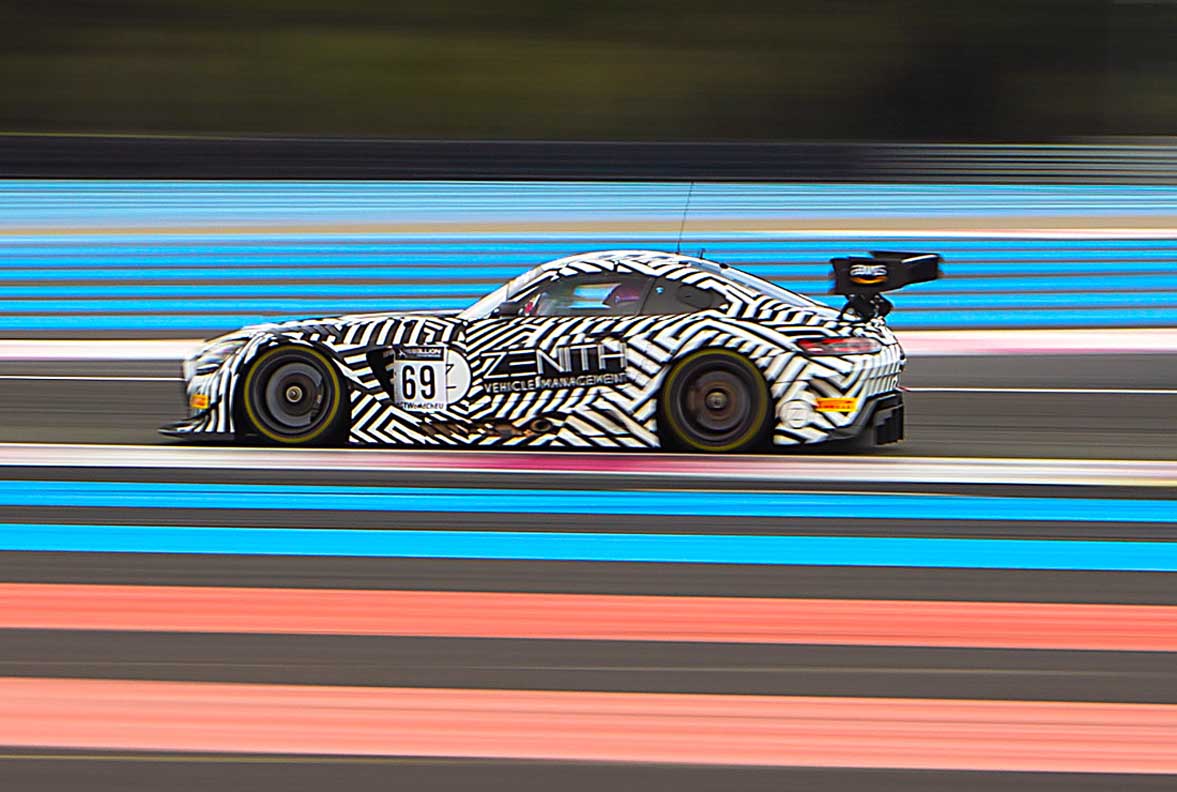 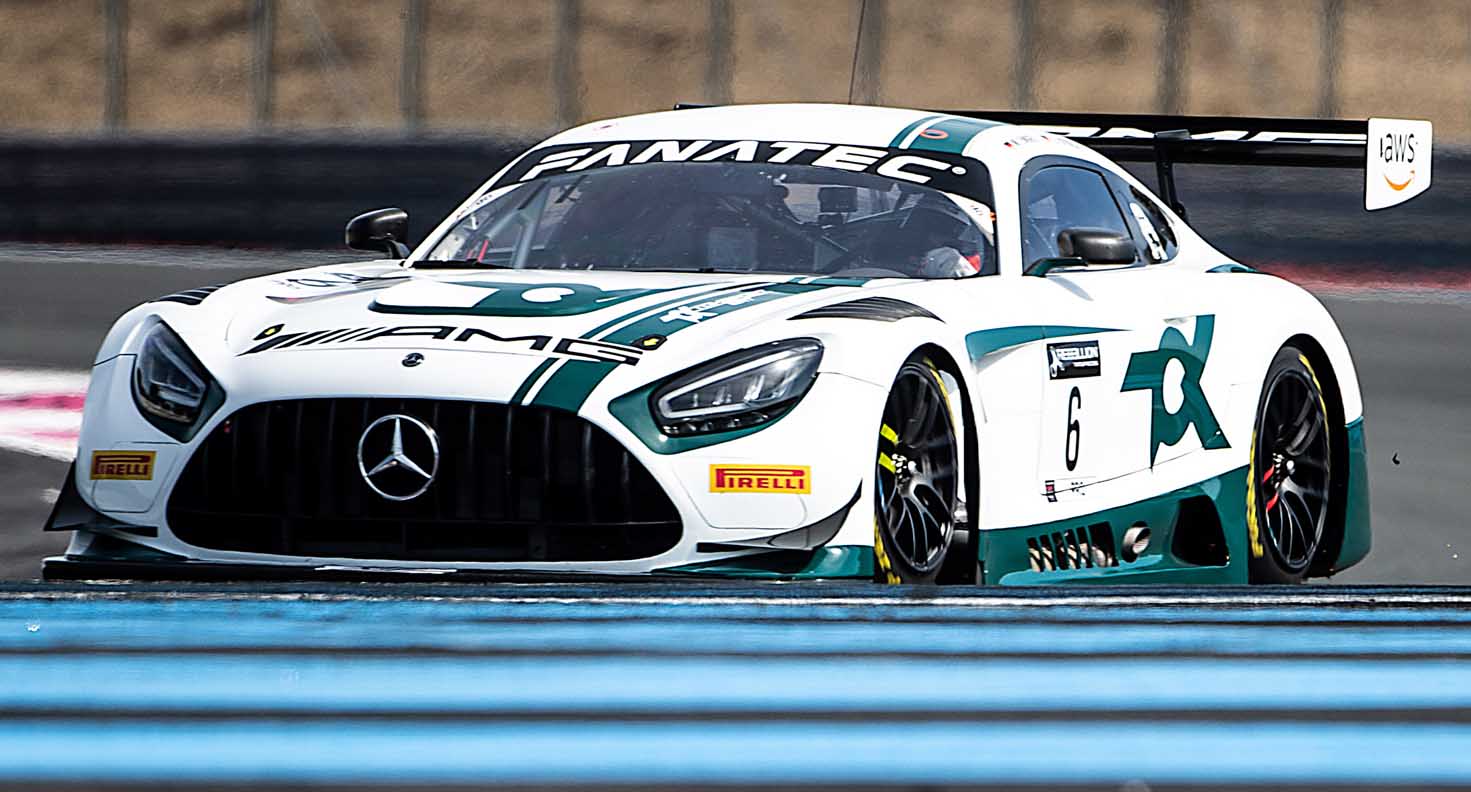 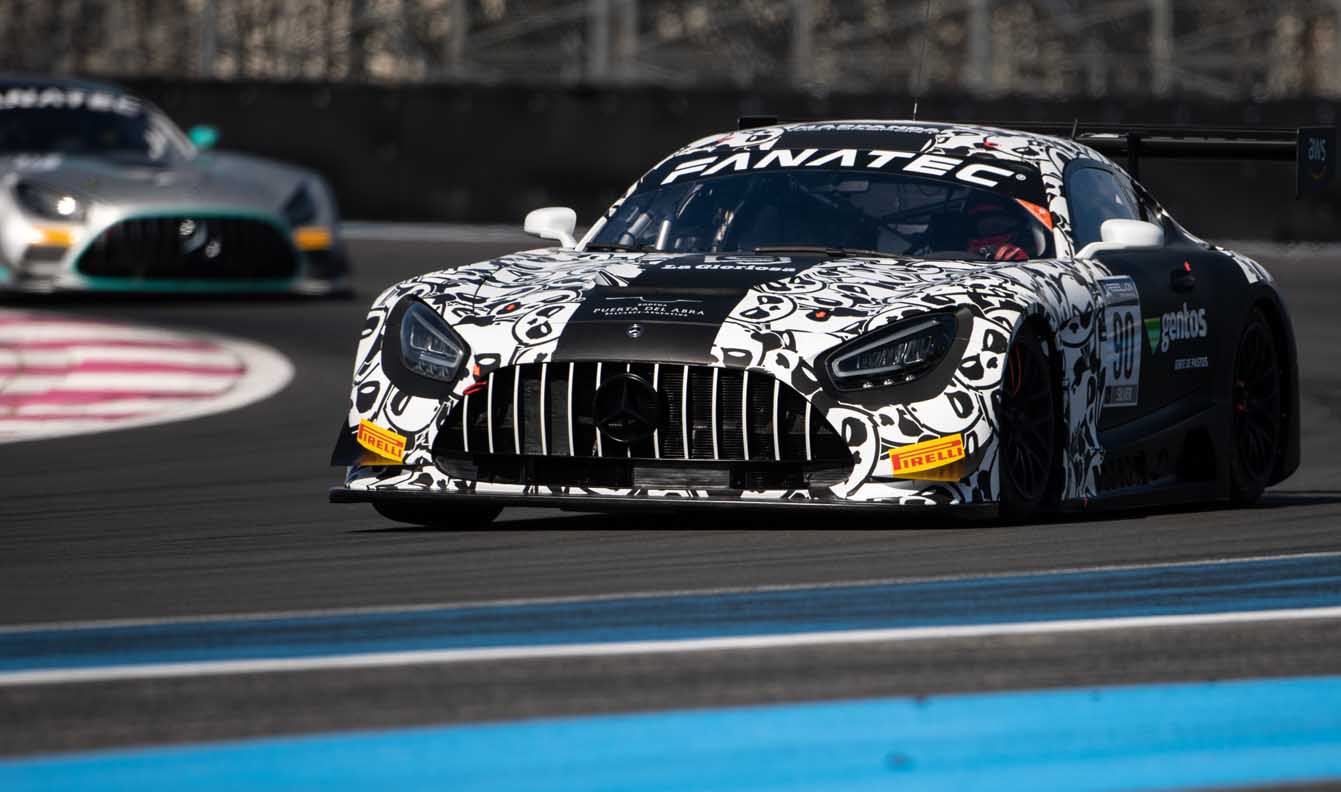 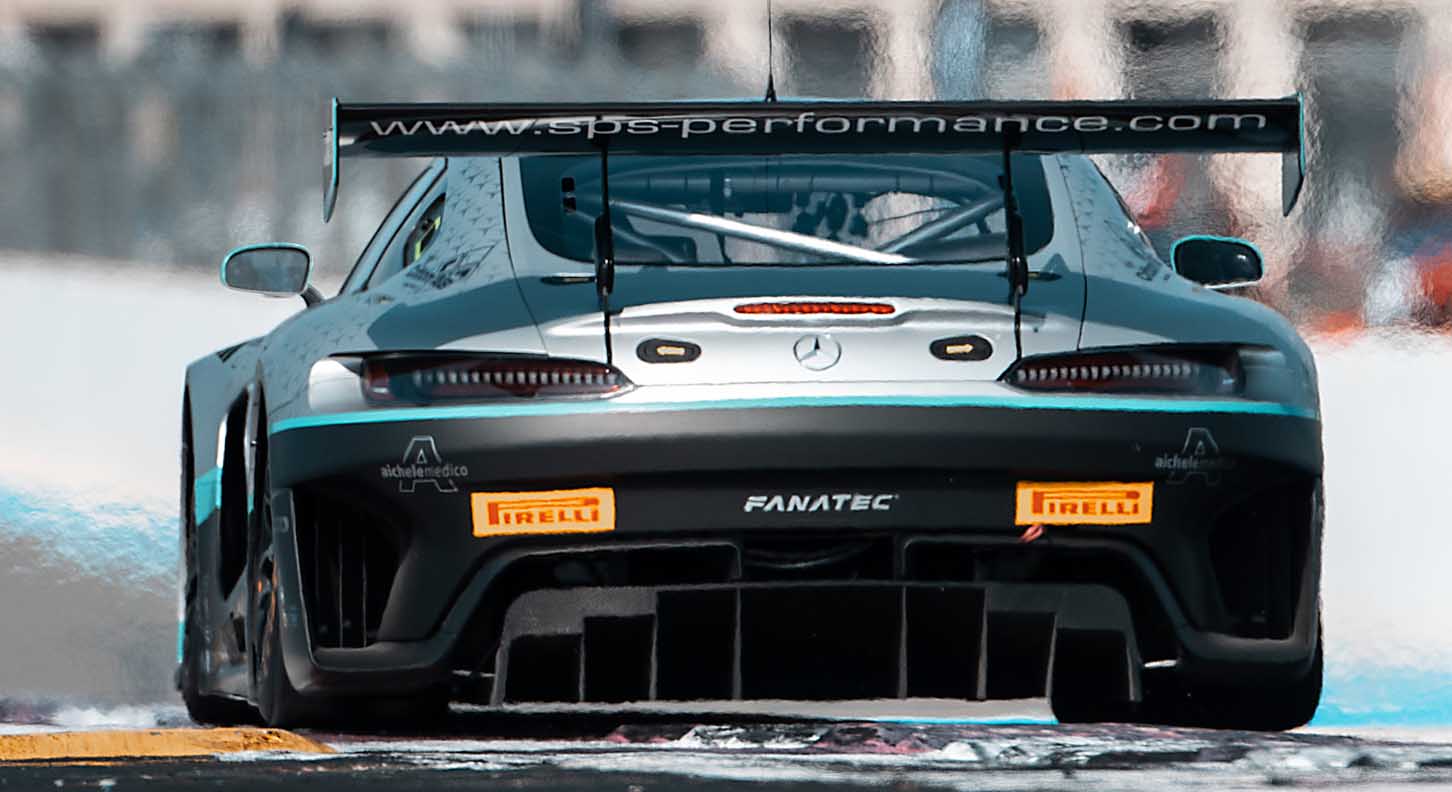 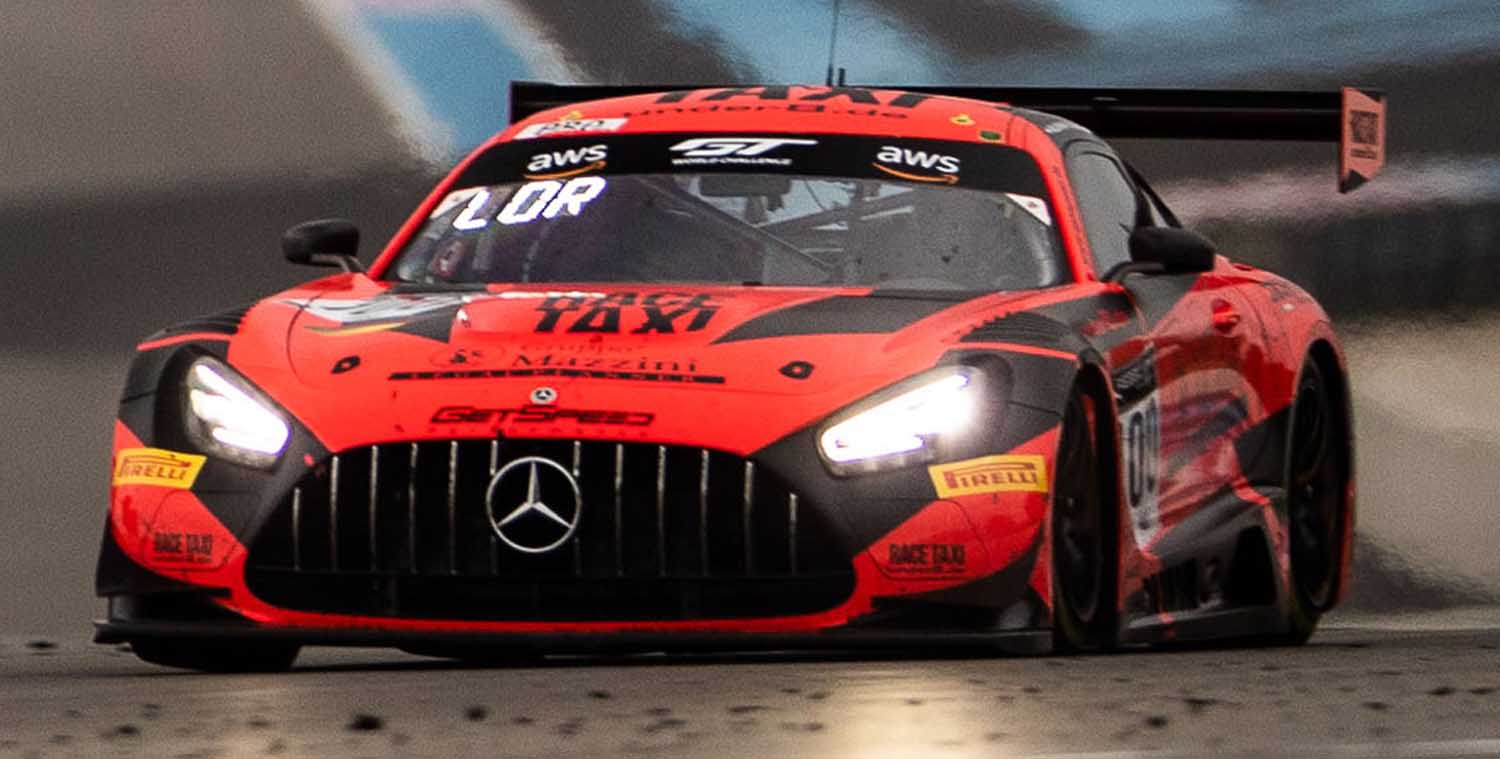 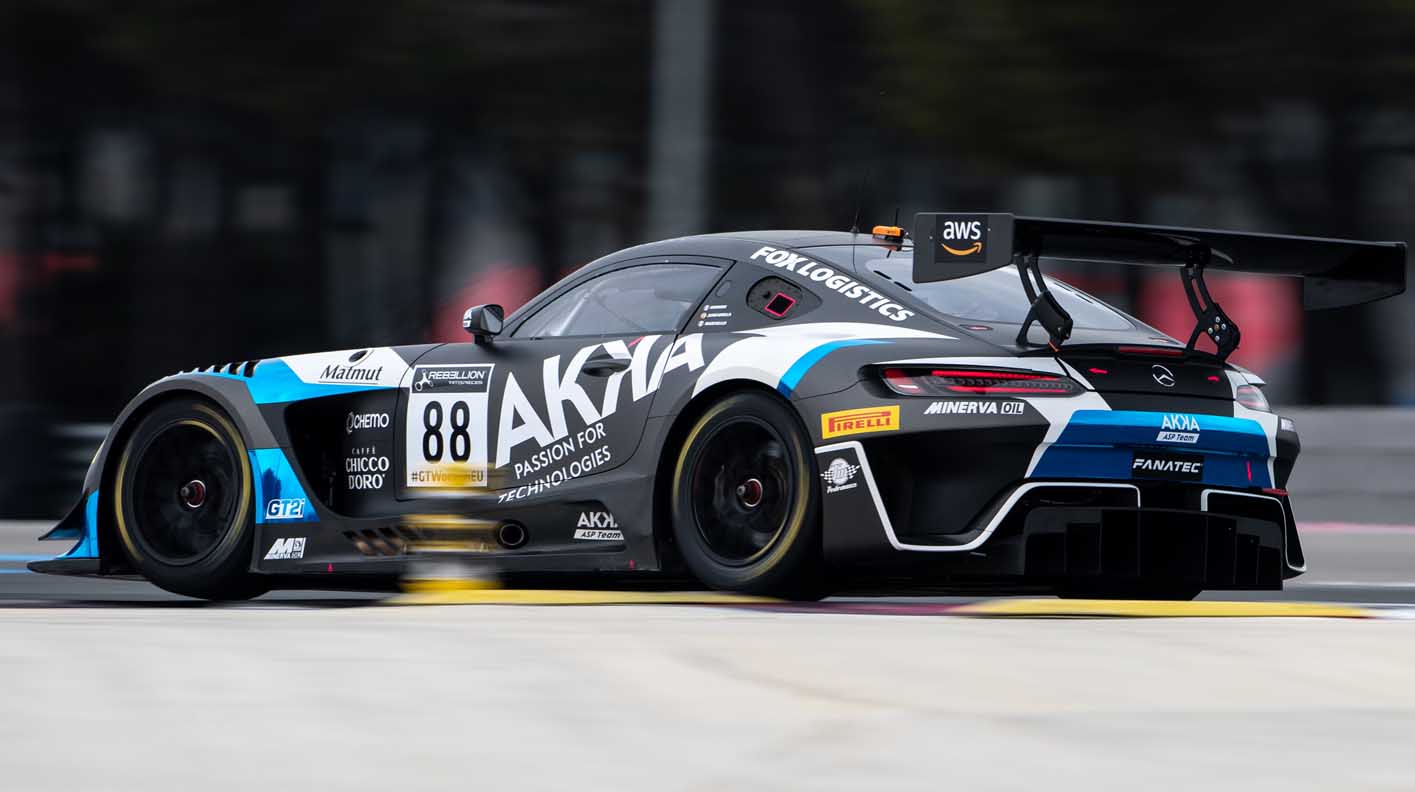 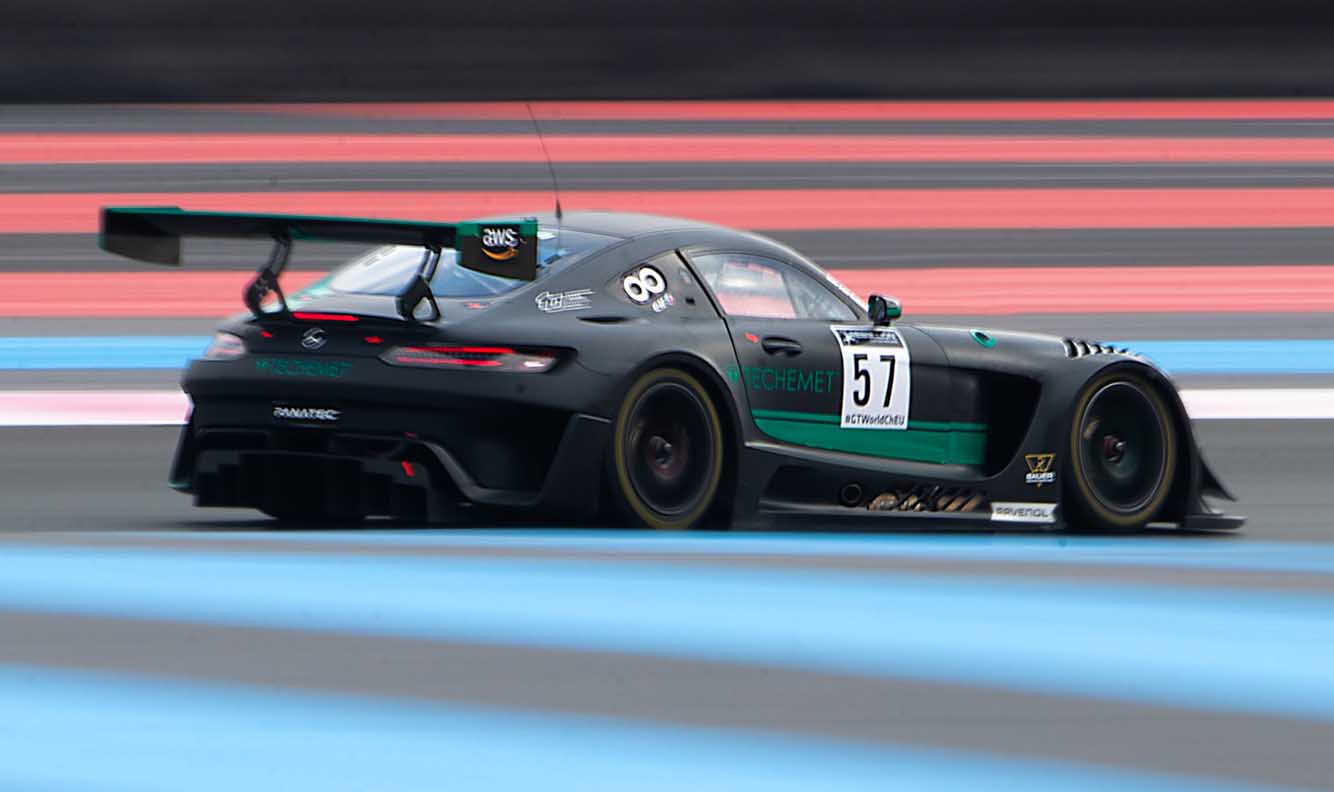 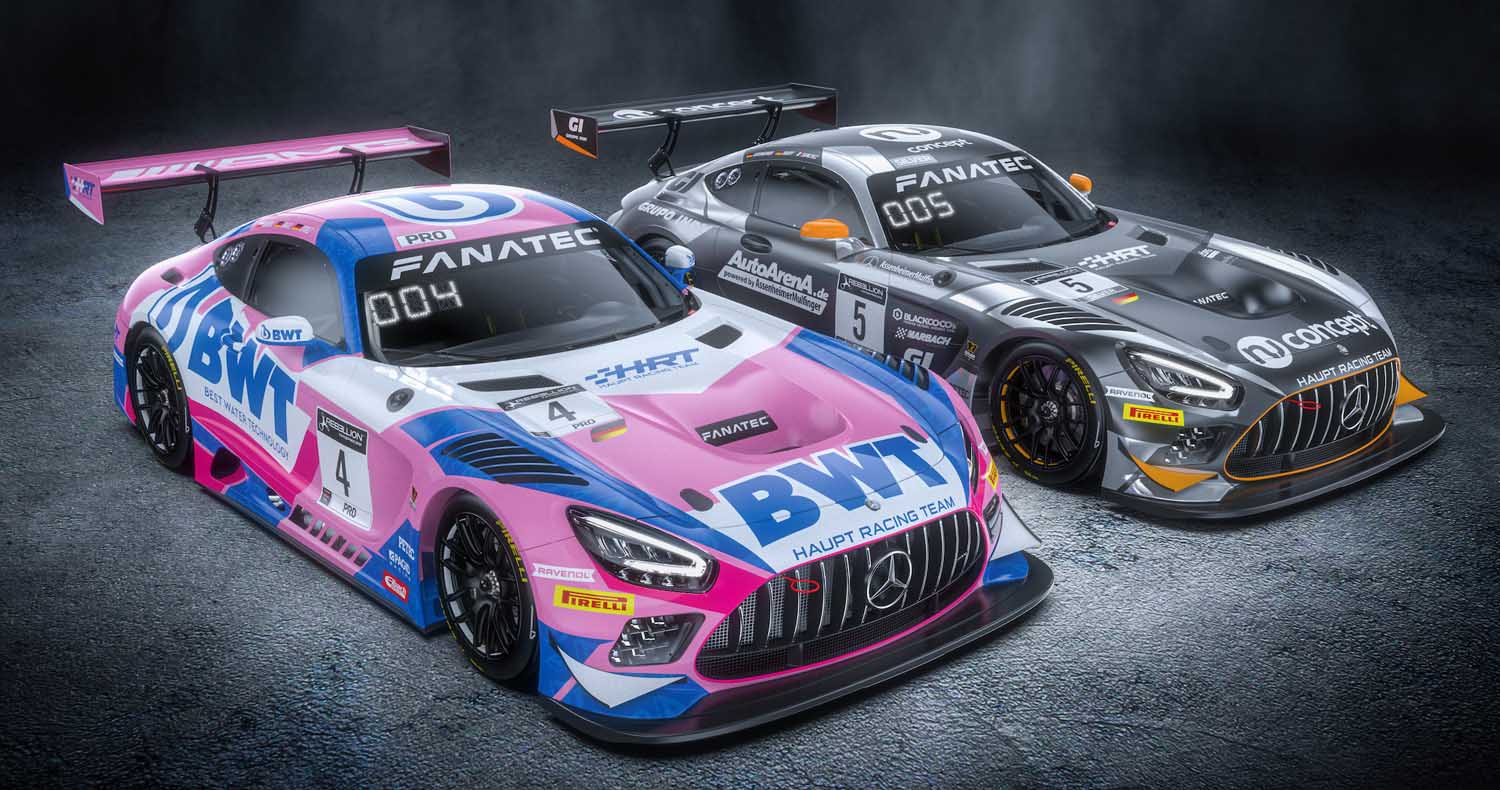 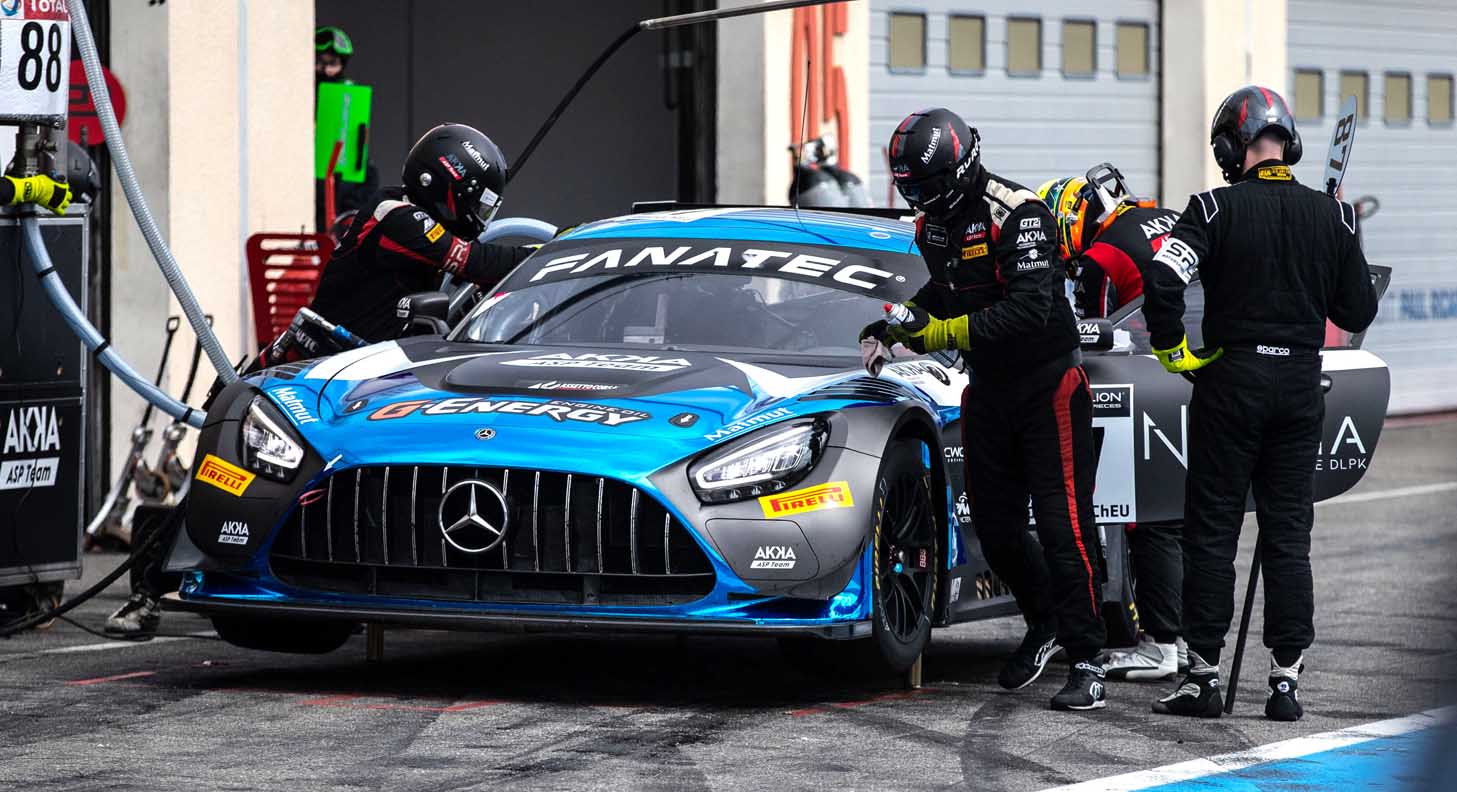 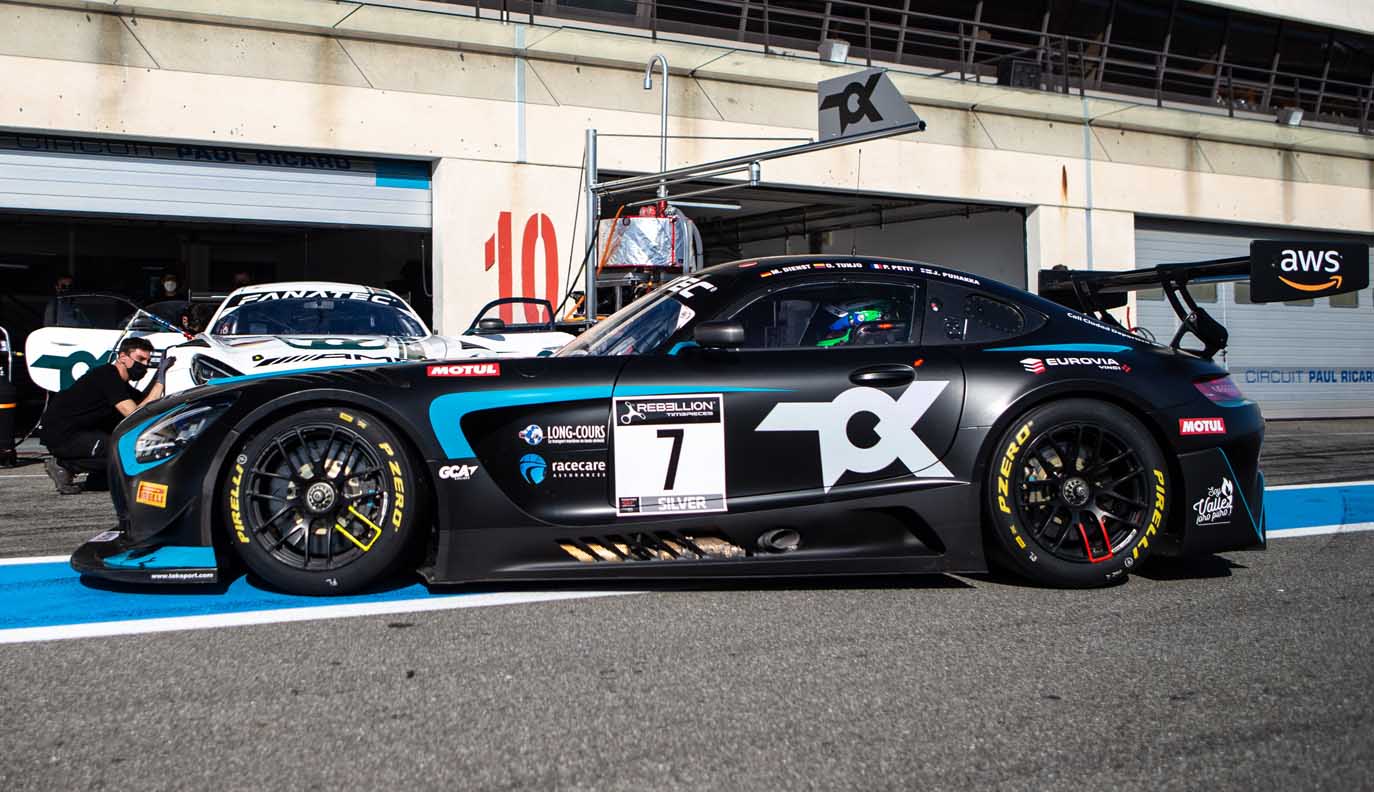