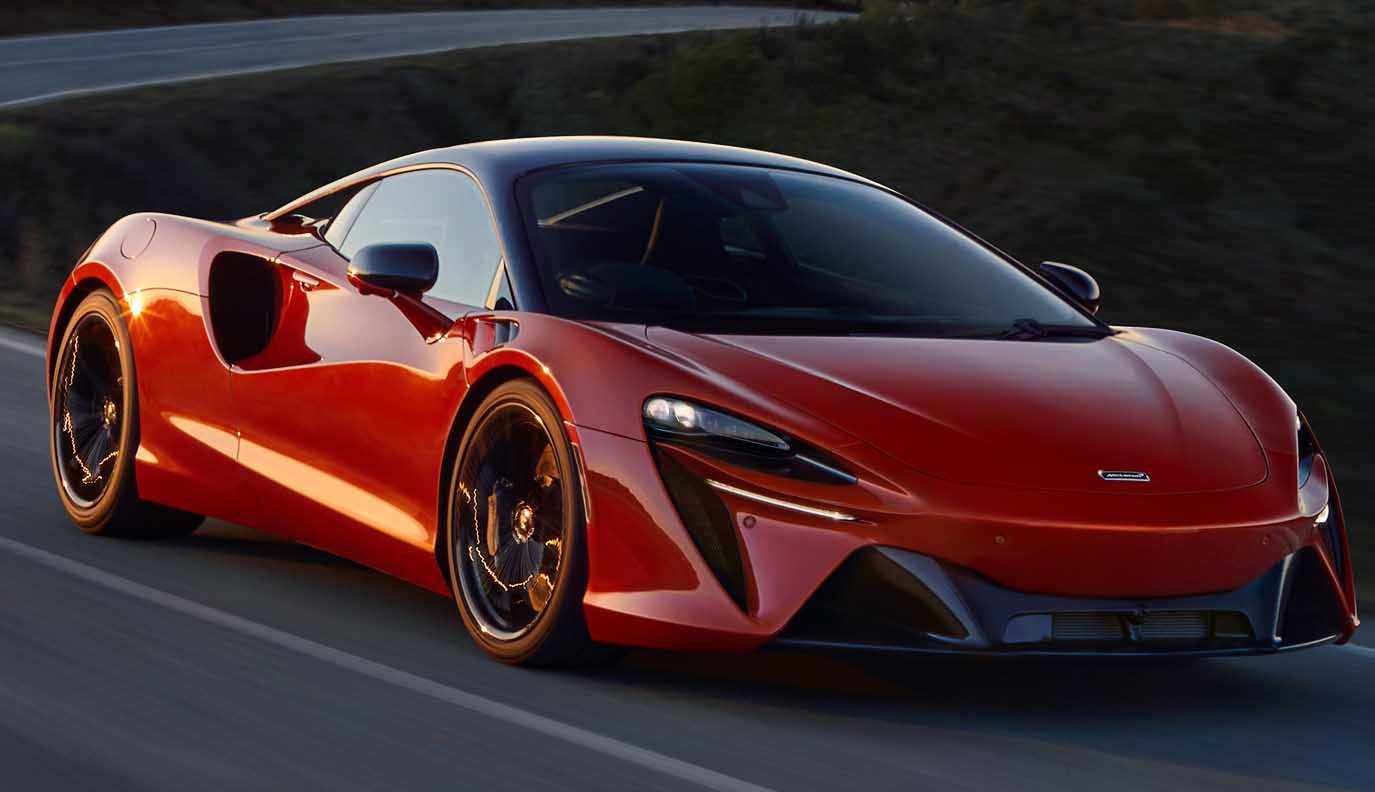 With acceleration figures now verified, the all-new High-Performance Hybrid powertrain in the McLaren Artura sets new benchmarks for performance, building on the levels of high-performance hybrid excellence set by the pioneering McLaren P1TM – the world’s first hybrid hypercar – and the Speedtail Hyper-GT.

The Artura’s advanced petrol-electric powertrain delivers an unrivalled combination of throttle-response, acceleration and electric-only, zero-emissions capability. It has been engineered to ensure the all-new McLaren supercar excels across the full spectrum of driving experiences, from everyday urban journeys to track day sessions.

“The McLaren Artura’s all-new, super-lightweight electrified powertrain is at the cutting-edge of high-performance-hybrid technology, engineered to offer all of the advantages of internal combustion and electric power in one package and establish new benchmarks for combined performance and efficiency in the supercar class. The ‘clean-sheet’ design of the Artura has allowed us to focus on how to make this power accessible to the driver and deliver the levels of engagement expected from a McLaren.”
Geoff Grose, Chief Engineer, McLaren Automotive

Minimising weight was key to the design of the all-new powertrain. This is hugely important in an electrified supercar, as well as being absolutely aligned with McLaren’s philosophy of super-lightweight engineering that is fundamental to the performance, agility and driver engagement inherent in every McLaren.

Breaking with the V8 convention established with the first supercar from McLaren Automotive, the 12C, at the heart of the Artura is an all-new, 3.0-litre V6 internal combustion engine. The 120-degree, twin-turbocharged M630 unit not only delivers unrivalled performance, it also allows the most compact packaging possible. A 180-degree angle was considered but dismissed because it would raise the height of the crankshaft and therefore the centre of gravity of the car. The wide angle of the V6 cylinders allows the turbochargers to sit within the banks in a ‘hot vee’ configuration, which also benefits efficiency as they sit within a straighter – and therefore less restrictive – exhaust layout. Generating 585PS and 585Nm of torque, the all-new V6 engine is 190mm shorter and 220mm narrower than McLaren’s twin-turbo 4.0-litre V8 – and also 50kg lighter.

While the configuration of the all-new engine is key to the Artura’s powertrain packaging, it is the innovative technology within that provides the biggest gains in lightweighting and performance. The cylinder head and block utilise 3D printed cores, allowing uncompromised precision cooling, including a micro-compact 2mm cooling passage between the cylinders. The block has directly coated parent bores rather than separate coated liners, into which fuel is injected at 350bar pressure.

The Artura’s V6 engine is designed not just for compact packaging and efficiency, but also to increase driver engagement. Shared crank pins enable a very short and stiff crankshaft that allows the M630 to redline at a thrilling 8500rpm. It’s also a very refined engine, designed with the chain drive at the rear and with ancillary noises reduced so that the occupants only hear the V6’s distinctive intake and exhaust note, routed via Gasoline Particulate Filters to reduce emissions†.

The V6 engine powers the rear wheels via an all-new eight-speed seamless shift transmission that has also been design for optimised packaging. The length of the gear cluster has been reduced by 40mm, helped by use of a nested clutch rather than a parallel unit and also the removal of a reverse gear, this function now achieved by the Artura’s E-motor spinning in the opposite direction. The ultra-compact motor is fully integrated within the transmission bell-housing, delivering torque in-fill and linear acceleration via an E-differential to the rear wheels.

The Axial Flux design of the E-motor is another Artura benchmark. It is similar in size to a McLaren brake disc and at just 15.4kg it is only a little heavier than a conventional iron rotor component, yet it can generate up to 95PS and 225Nm as well as enable journeys of up to 30 kilometres in near-silent pure EV mode* , attributes that are ideal for city driving or early-morning starts.

Providing the electric-only capability is a 7.4kWh Five-module Lithium Ion energy dense battery pack. Fully-integrated into the Artura’s McLaren Lightweight Architecture (MCLA) chassis, the battery pack is positioned low-down in the car behind the driver, incorporated into the floor and protected on three sides by the main carbon fibre structure and from behind by the engine. This positioning also helps to optimise both centre of gravity and the polar moment of inertia, benefitting dynamic agility.

The hybrid battery sits on a cooling manifold, which is shared with the new electric heating, ventilation and air conditioning system also used to control air temperature in the cabin. Incorporating technology first developed for the McLaren Speedtail, the batteries are thermally controlled using dielectric oil – a technology also used to keep the E-motor at operating temperatures that deliver the highest level of performance.

True to the Artura engineers’ determination to optimise packaging and weight, the battery management unit sits alongside the modules, with the power distribution unit (PDU) integrated into the battery. An integrated Power Unit (IPU) acts as a DC/DC converter for the vehicle’s 12v system, further reducing weight by removing the need for a separate alternator and on-board battery-charger.

Taking just 2.5 hours to charge from zero to 80% using an EVSE socket, the battery is carefully managed so that it never truly runs out of power; there is always something in reserve for reversing or starting the engine, even when parked for extended periods. This management process also ensures that the battery remains in peak condition and accordingly the unit is warranted for 6 years or 75,000km.

An Artura driver can adjust how the electric motor is deployed to prioritise range or power, or choose to shut off the internal combustion engine for silent running. Energy harvesting is achieved purely from the combustion engine in order to maintain brake pedal feel, yet the battery can be charged from low to 80% full within minutes under normal driving conditions. This ensures that the Artura is always ready to switch to electric-only mode, an option that adds discretion and enhanced economy to the driving experience, as well as reduced CO2 emissions at just 129 g/km*.

Additionally, the Artura’s High-Performance Hybrid powertrain contributes to significant ownership benefits above and beyond the performance and driving engagement it delivers: a comprehensive 5-year vehicle and 6-year hybrid battery warranty are standard for Artura customers, as is a 3-year service plan. 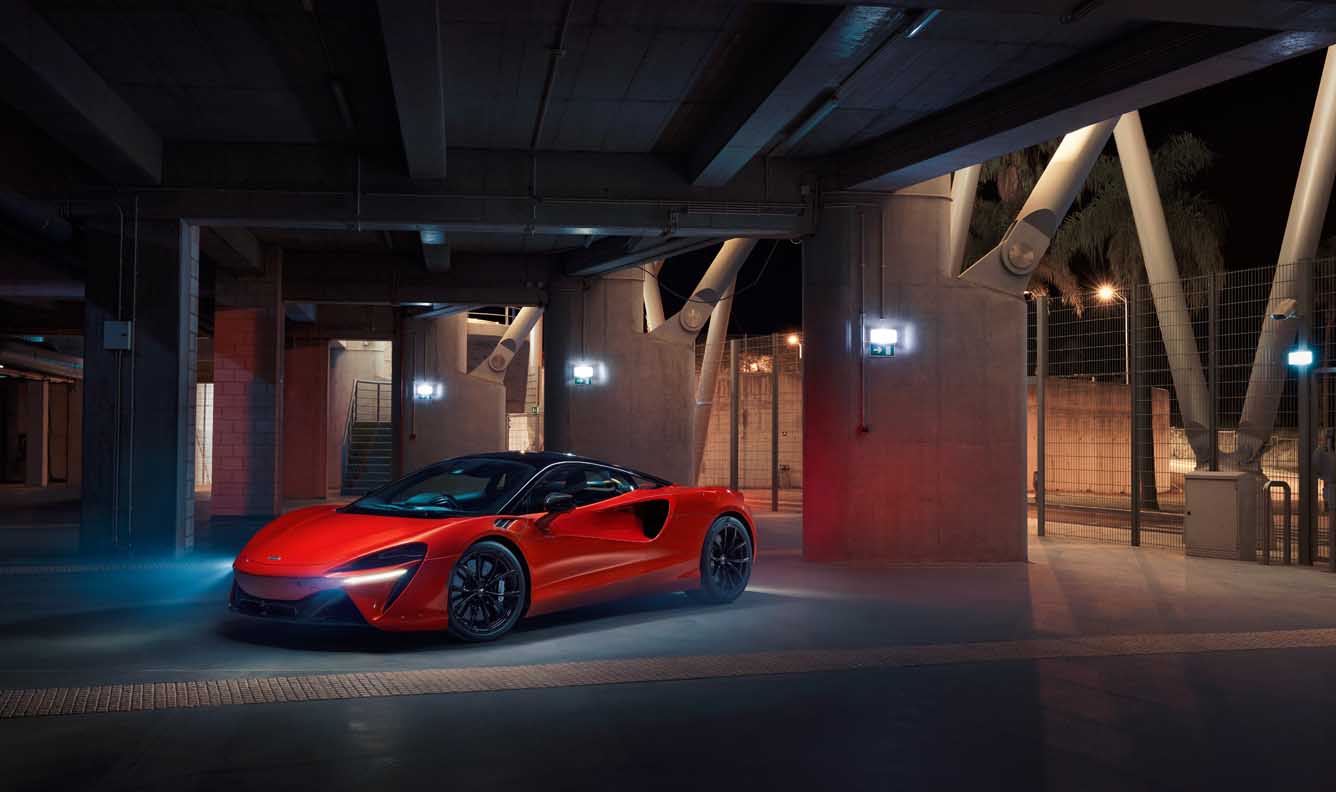 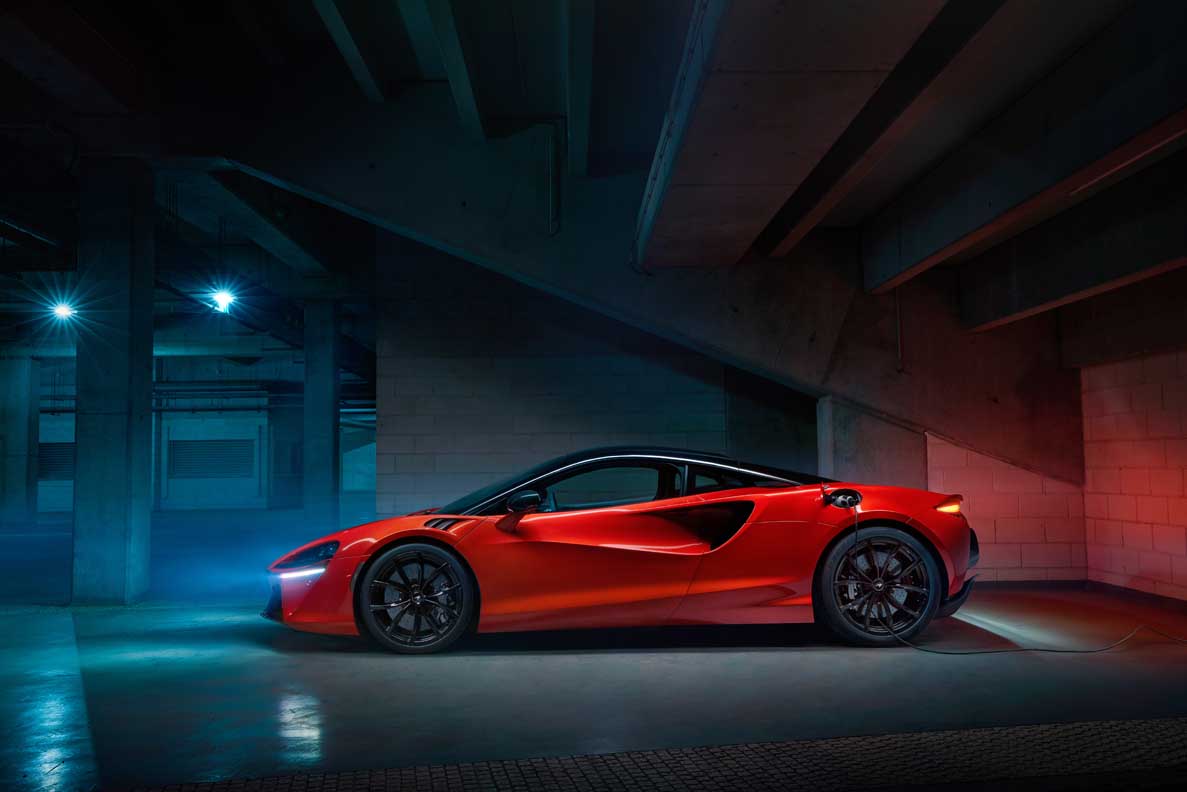 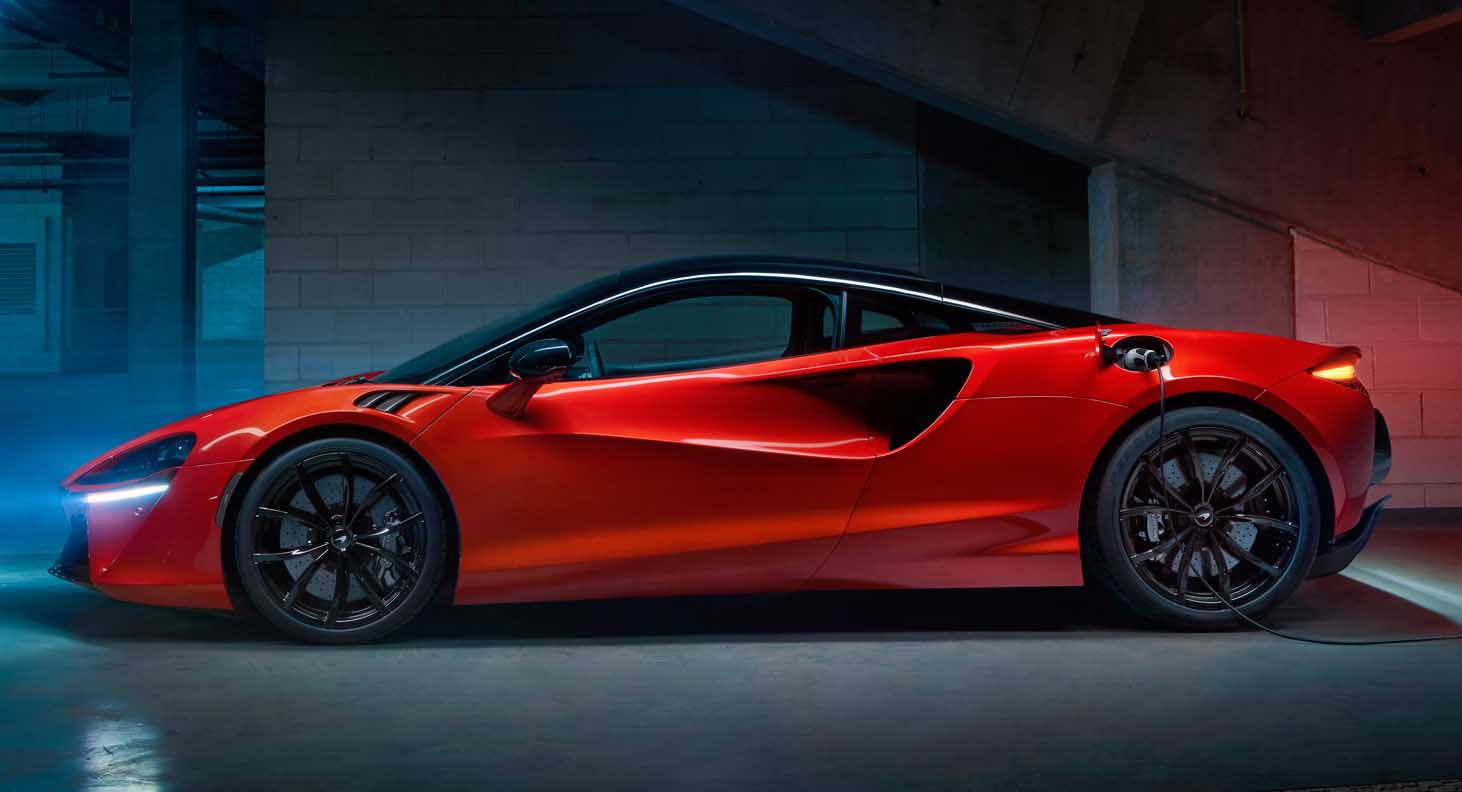 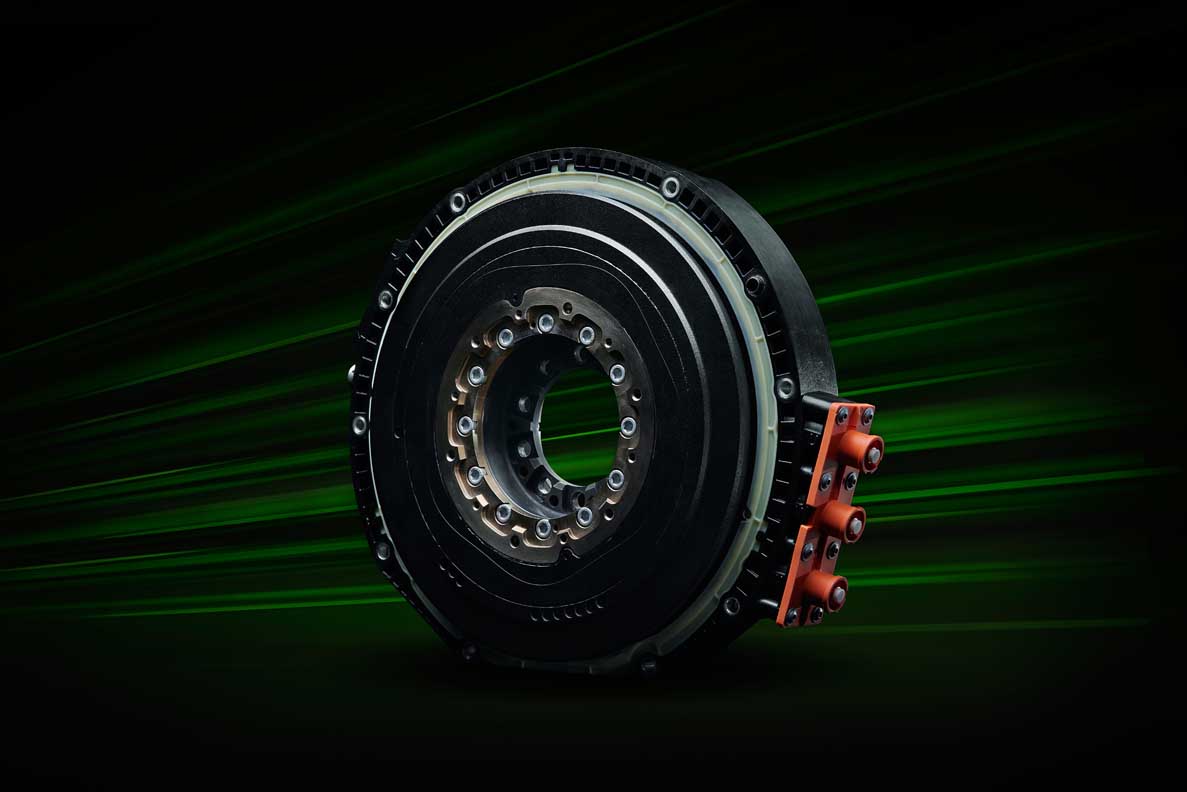 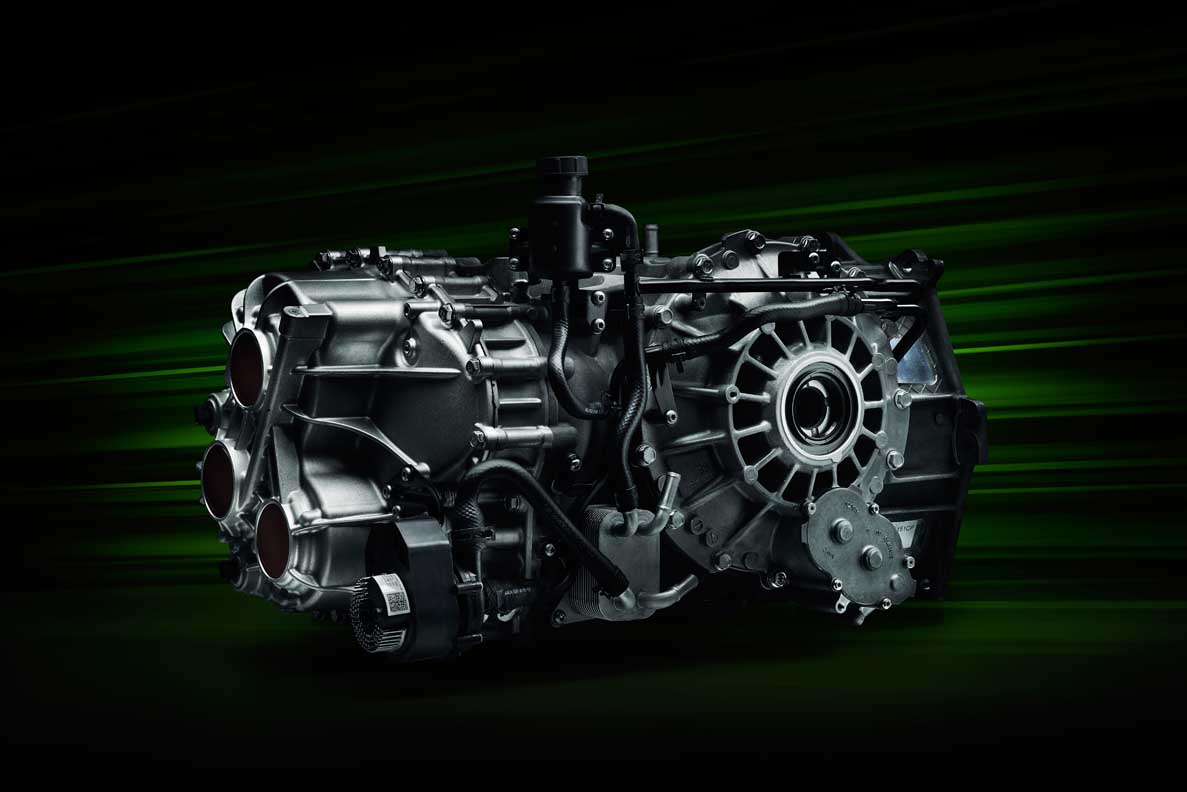 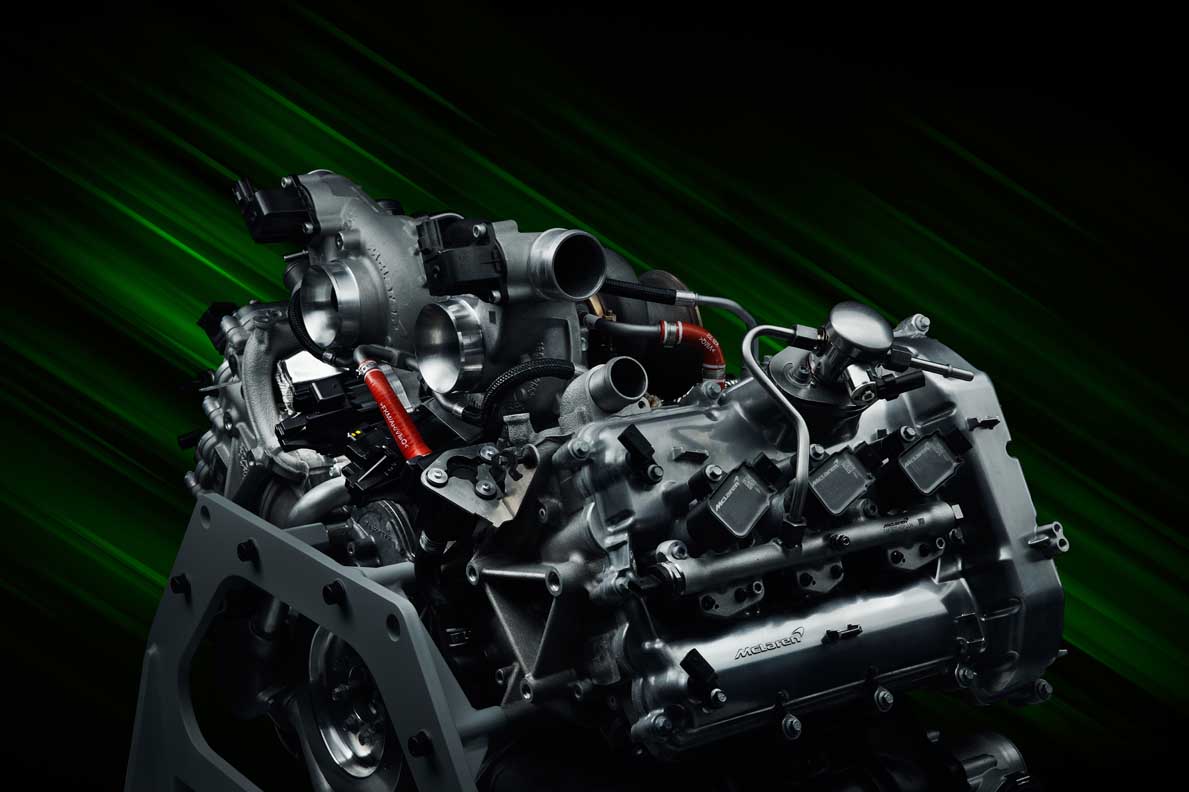 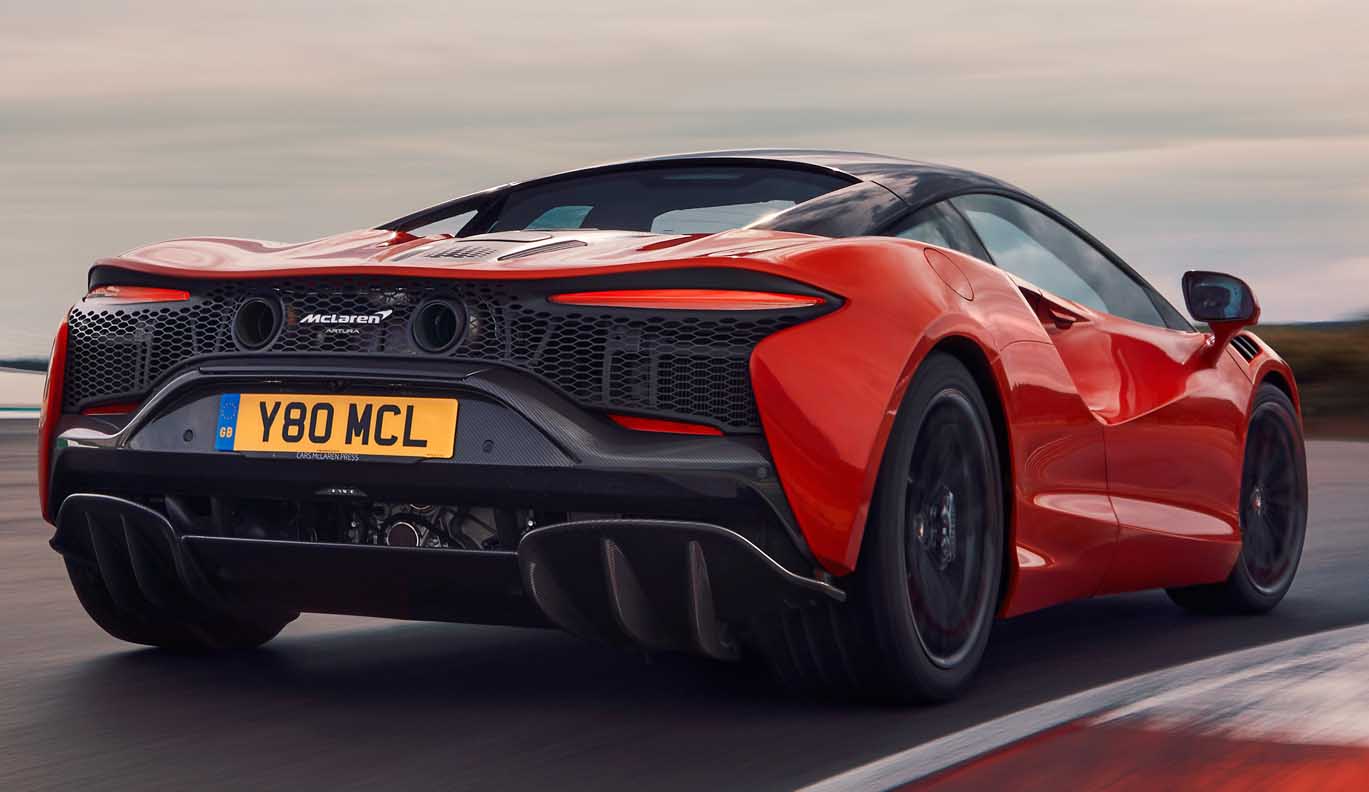 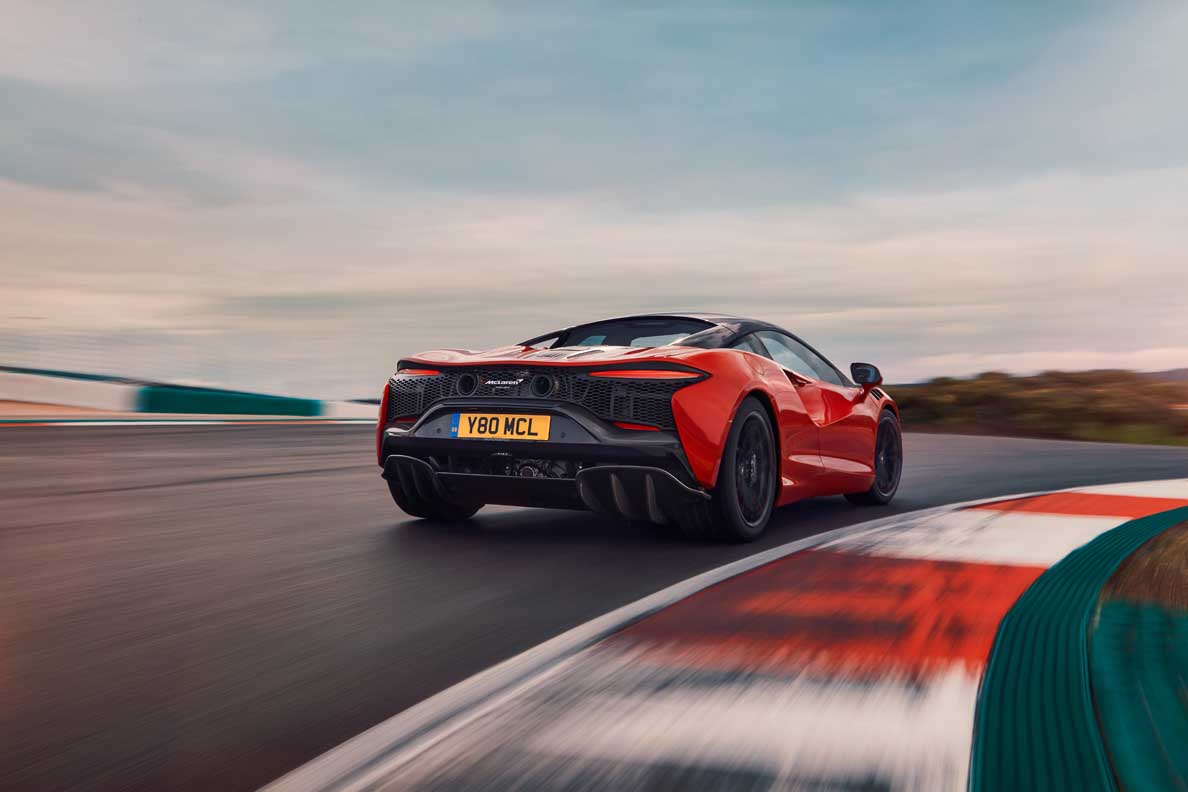 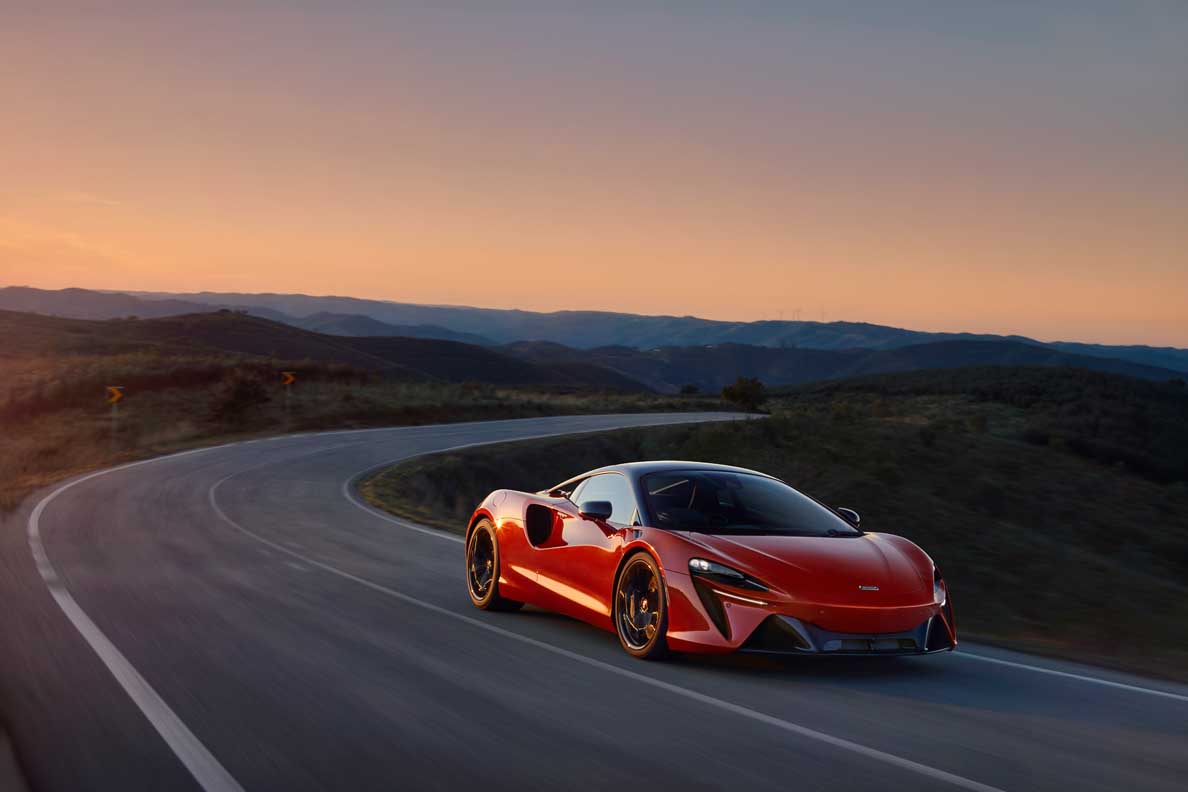 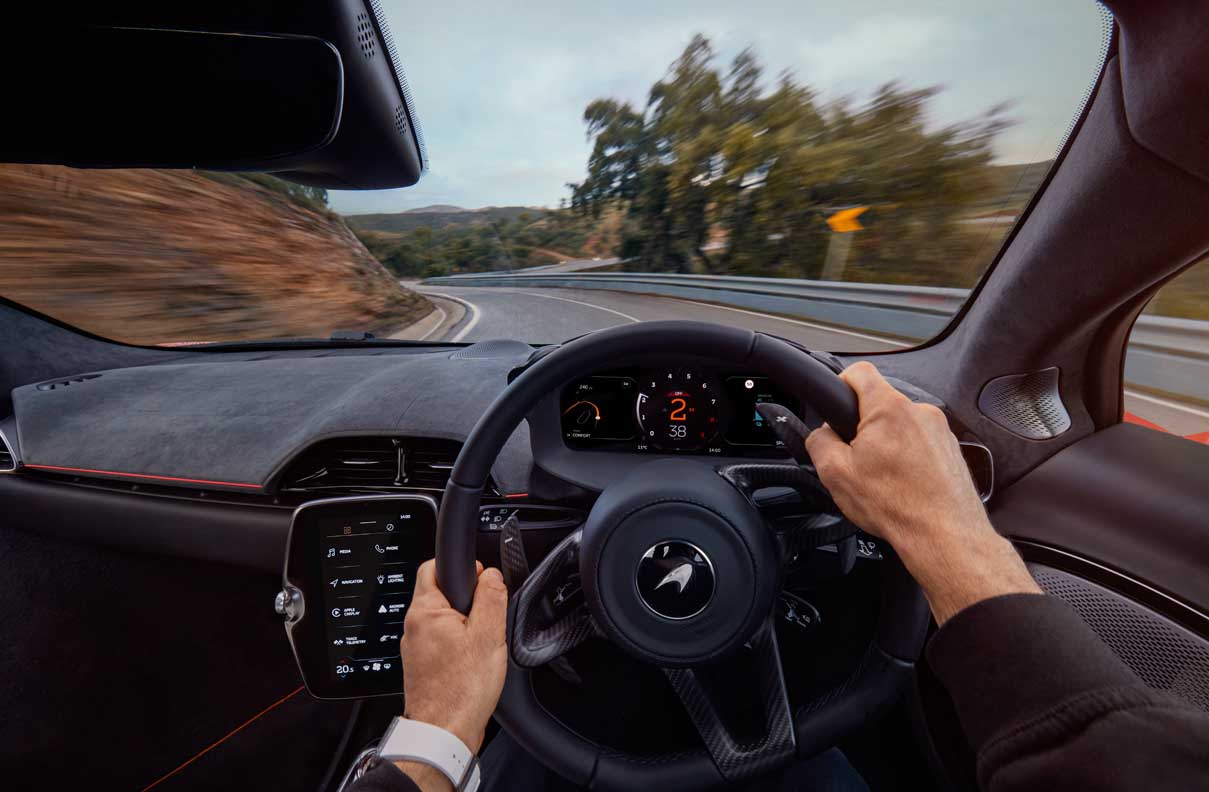 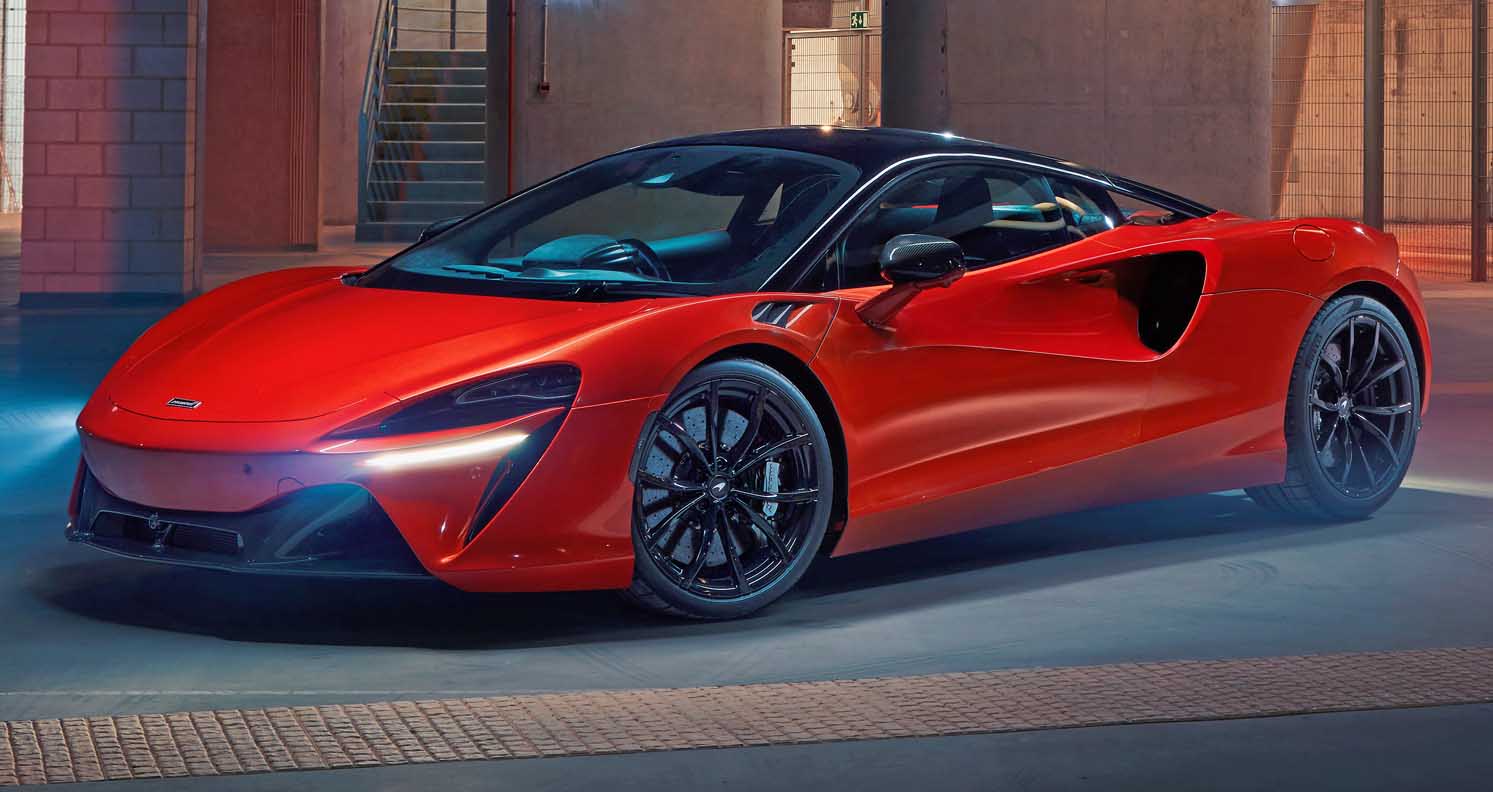