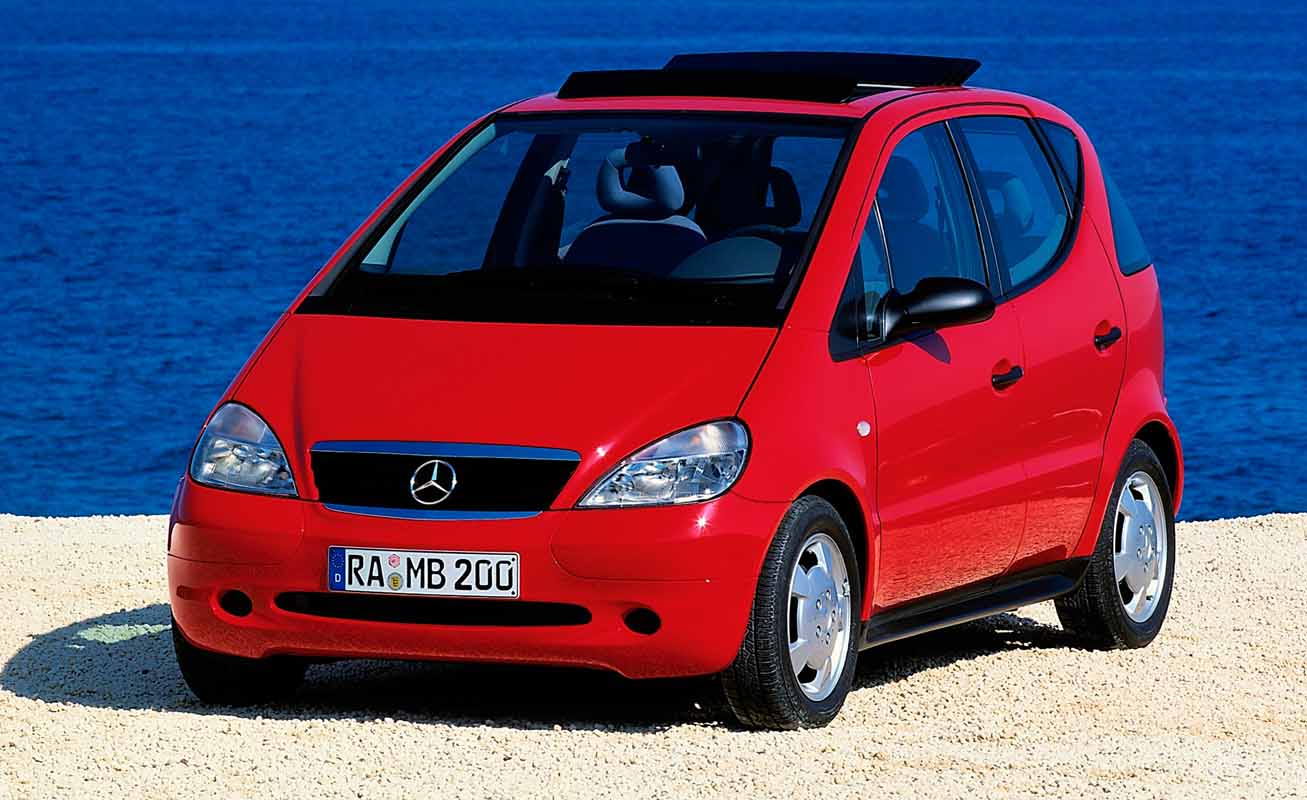 In the beginning there are two show cars: in 1993 and 1994, the Vision A 93 and the A study based on it familiarise the public with the new vehicle concept with which Mercedes-Benz enters a new vehicle segment for the brand. Below the S-Class and E-Class, both concept cars lead directly to the A-Class (model series 168). It is presented in 1997 and built until 2005. More than 1.1 million buyers choose this Mercedes-Benz during this period.

With the presentation in 1997, the brand with the star also establishes a successful tradition. This is because the current A-Class of the 177 model series is already the fourth generation of the compact passenger car. The first A-Class is an important protagonist of the model initiative at the end of the 1990s. Since then, the brand has repeatedly set standards in this market segment and has opened it up to a considerable extent via equally successful models on the same technical platform, such as the B-Class, CLA, GLA and GLB.

Rounding off the model range downwards

For many decades, Mercedes-Benz passenger cars belonged to the luxury class and the executive class. This changed in 1982 with the launch of the 190/190 E (W 201), a compact saloon with which the brand extended its portfolio downwards. A few years later, the brand launches its product initiative with new products from 1996 onwards: the SLK Roadster (model series 170), the A-Class, the M-Class SUV (model series 163) and the CLK as a coupé and cabriolet (both model series 208) make their debut. In parallel, Mercedes-Benz renews the C-Class, E-Class, S-Class, CL Coupés, SL and G-Class model series in their respective cycles. As a result, the brand is broader and more attractive than ever in the market.

The first versions of the Vision A 93 concept car are developed from 1991 onwards. It causes a sensation at the International Motor Show (IAA) in Frankfurt am Main in September 1993: The audience is very taken with it. Although there will be some changes by the time of the world premiere of the A-Class at the Geneva Motor Show (6 to 16 March 1997), the extraordinary basic concept is already recognisable. The overall length is only 3,350 millimetres, which is on a par with a four-seater city car. In 1994, the A study already showed a design close to the production vehicle. This includes the beltline sloping up into the C-pillar. The length increases by 225 millimetres compared to the Vision A 93 and is now 3,575 millimetres.

Safety at the level of the Mercedes-Benz E-Class

The A-Class is not only the first series-produced Mercedes-Benz passenger car with front-wheel drive, but it also sets standards in terms of passive safety in its market segment: a unique sandwich concept leads to a level of safety previously unknown in this vehicle class. The engine, transmission and axles are located in front of and underneath the vehicle floor. The battery, exhaust system and fuel tank are securely positioned in the patented (patent DE 44 00 132 C1) straight-line composite of longitudinal and transverse beams. The sandwich construction also offers the occupants a high level of protection in frontal and side crashes. In the event of a violent frontal impact, the engine-transmission unit, which is installed at an angle, slides under the passenger compartment. The passive safety of the A-Class thus reaches the level of the Mercedes-Benz E-Class.

A commotion then followed shortly after the start of production in October 1997: during a non-standardised driving test (“moose test”) in Sweden, an A-Class overturns. Mercedes-Benz responds by equipping all vehicles in the model series with the Electronic Stability System ESP® and the Automatic Brake Assist BAS as standard. In addition, there is a firmer spring/damper set-up, supplemented by a lowering of the body and tyres of size 195/50 R 15 instead of the original dimension 175/65 R 15. All 18,000 vehicles already delivered are converted free of charge for customers. With ESP®, BAS, airbags and side impact airbags in the front doors, seatbelt tensioners and belt force limiters, the A-Class is better equipped than any other vehicle in the segment, paving the way for an industry-wide spread of these active safety systems, especially in smaller vehicles.

Because of the double floor, the occupants of the A-Class sit comparatively high. This makes it easy to get in. Added to this is the spaciousness of a five-door mid-size estate. The rear bench seat can be moved or removed. As an optional extra, the passenger seat can be removed in a few easy steps. A total of 72 different seating arrangements are possible. A flat load compartment floor and a large tailgate combined with a low loading sill make it easy to load and unload this A-Class with a minivan character. Popular extra: the unusually large slatted sliding roof. For the first time in a large Mercedes-Benz series, the front wings are made of plastic, as is the tailgate. The vehicle weight is only 1,000 kilograms. The A-Class presented in Geneva in 2001 offers even more interior space with a wheelbase extended by 170 millimetres. This space miracle with the roominess of a luxury-class saloon is also appreciated by numerous taxi companies.

New petrol and diesel engines from the ground up

The sandwich principle requires the design of a generation of new four-cylinder engines. Initially, the two petrol engines of the M 166 model series will be offered in the A 140 and A 160 models. The OM 668 model series diesel engines followed as early as 1998. With fuel consumption of 4.5 and 4.9 litres respectively (NEDC total consumption), the A 160 CDI and A 170 CDI diesel models are particularly economical. These turbo diesel engines are among the first to feature the common-rail technology developed by Mercedes-Benz together with Bosch. The ”Öko-Trend” institute in Wuppertal awards the A 160 CDI the title of “Germany’s most environmentally friendly car”.

Formula One look and model update

On 1 November 1998, Mika Häkkinen and the McLaren-Mercedes team win the first Mercedes-Benz Formula One World Championship since Juan-Manuel Fangio won the title in 1955 in the legendary Silver Arrow W 196 R. Häkkinen’s teammate David Coulthard takes 3rd place in the drivers’ World Championship. Mercedes-Benz presents two special variants of the A-Class at the Essen Motor Show in November 1998: the Häkkinen edition and the Coulthard edition. Based on the colour scheme of the racing cars including the starting numbers of the two Formula One drivers, 125 units of this particularly eye-catching A-Class are produced.

In 2001, a comprehensive model update was more striking, albeit far less spectacular. Engineers and designers adapt 980 components and equip the A-Class with, among other things, a fourth-generation ESP® and an even more powerful hydraulic brake assist.

The public accepts the Mercedes-Benz A-Class well. From 1997 until the 2001 model update, 550,000 units of the first generation are sold. The 168 model series passed the million mark in 2003. It is built at the Rastatt and – until 2005 – Juiz de Fora plants. A total of 1,159,321 vehicles are built until they are replaced by the second generation (169 model series). This is presented in 2004, also relies on the sandwich concept and becomes a sales millionaire.

The third generation of the 176 series appears in 2012. It is completely redesigned and follows a different, sportier philosophy with a lower vehicle centre of gravity. With this and also with its dynamic design, it conquers new, younger groups of buyers within a very short time. It is built until 2018. Then Mercedes-Benz presents the 177 model series, which has been in production since then and in turn sets standards, e.g. with the world premiere of the MBUX multimedia system, and also achieves sales records. Because that is what unites all four generations of the A-Class: they represent the success of Mercedes-Benz in the compact class. 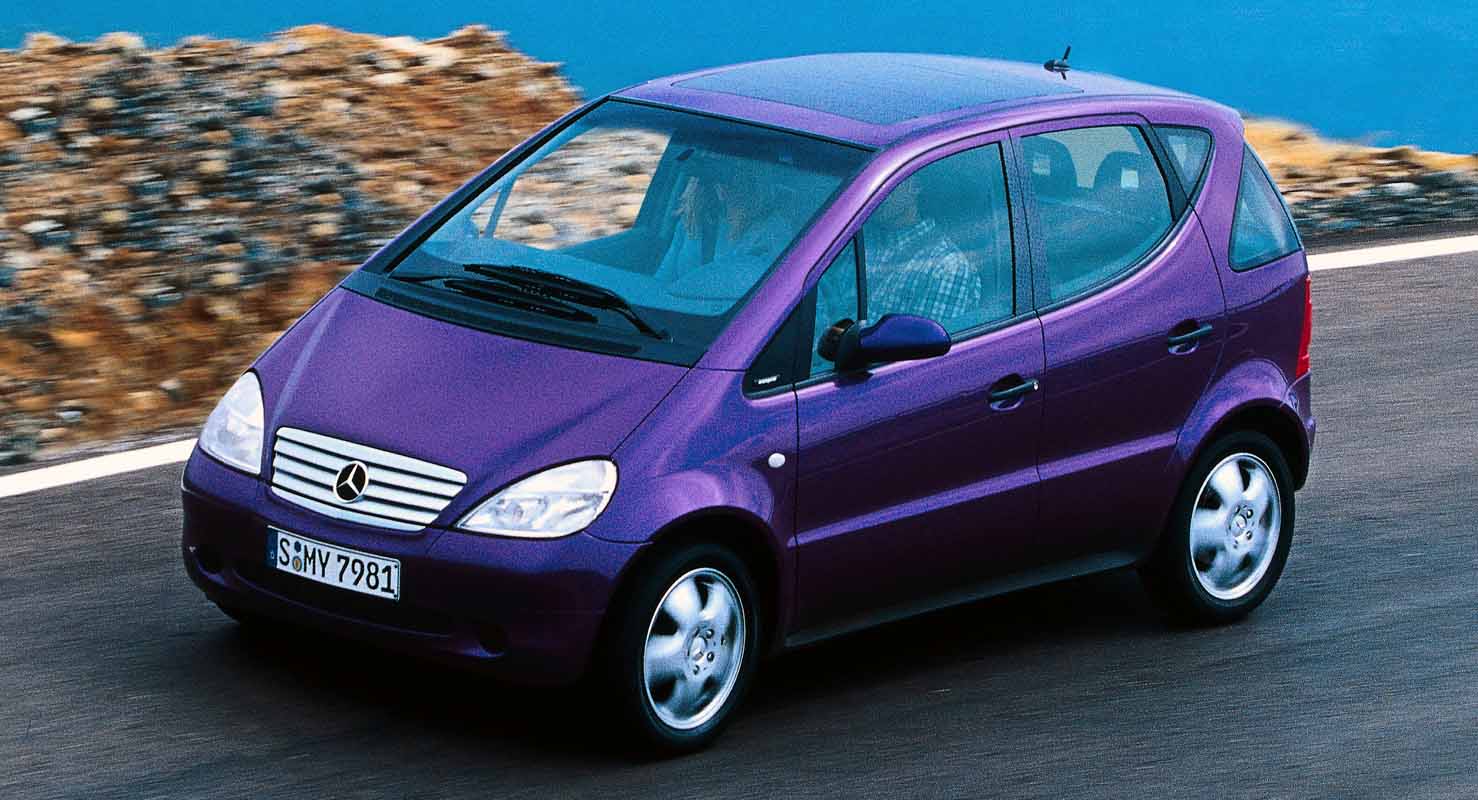 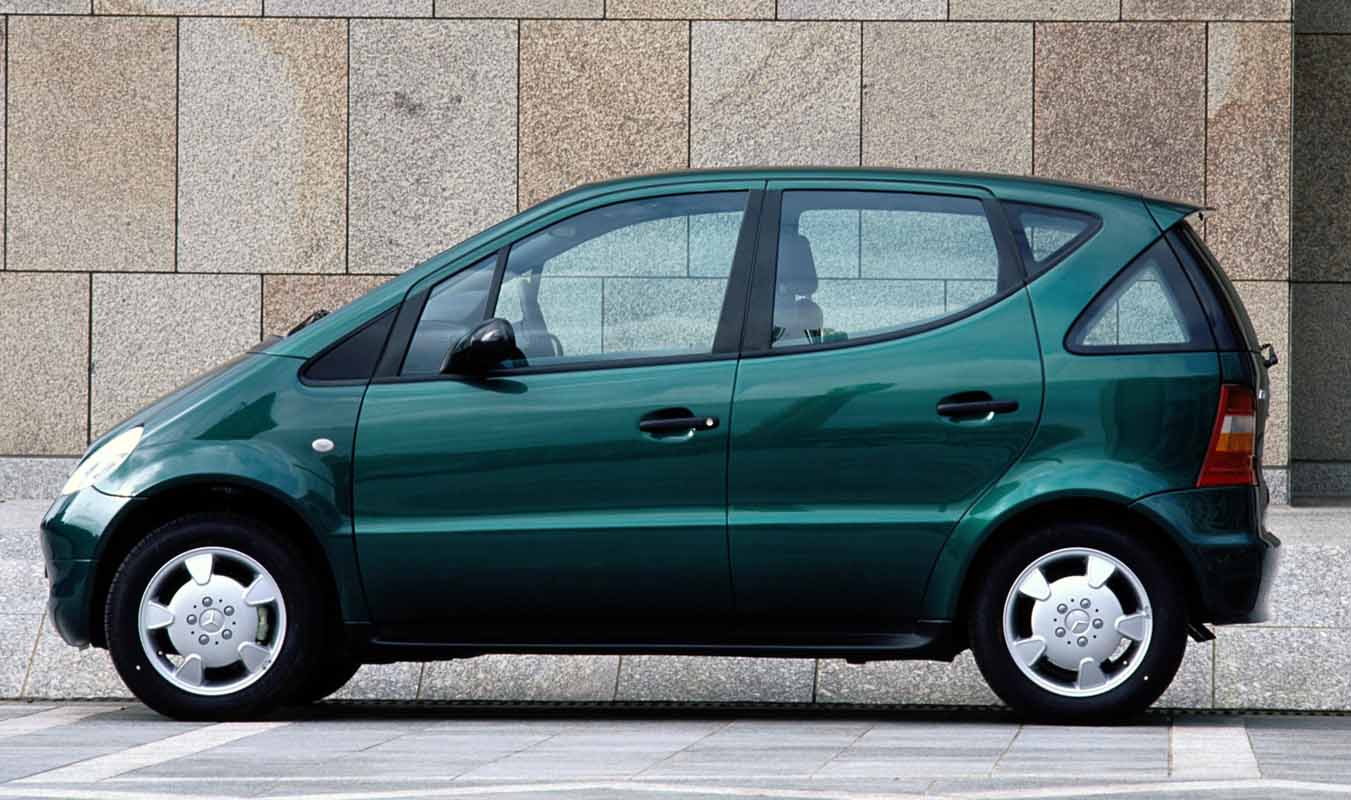 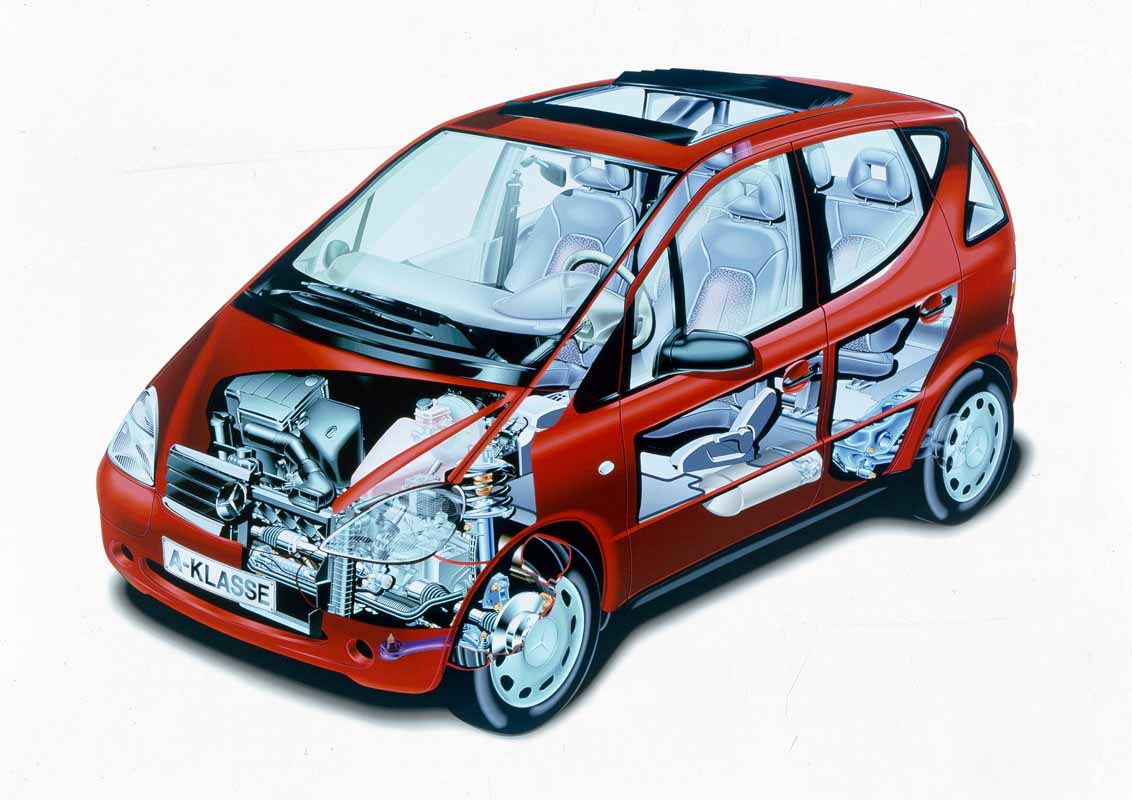 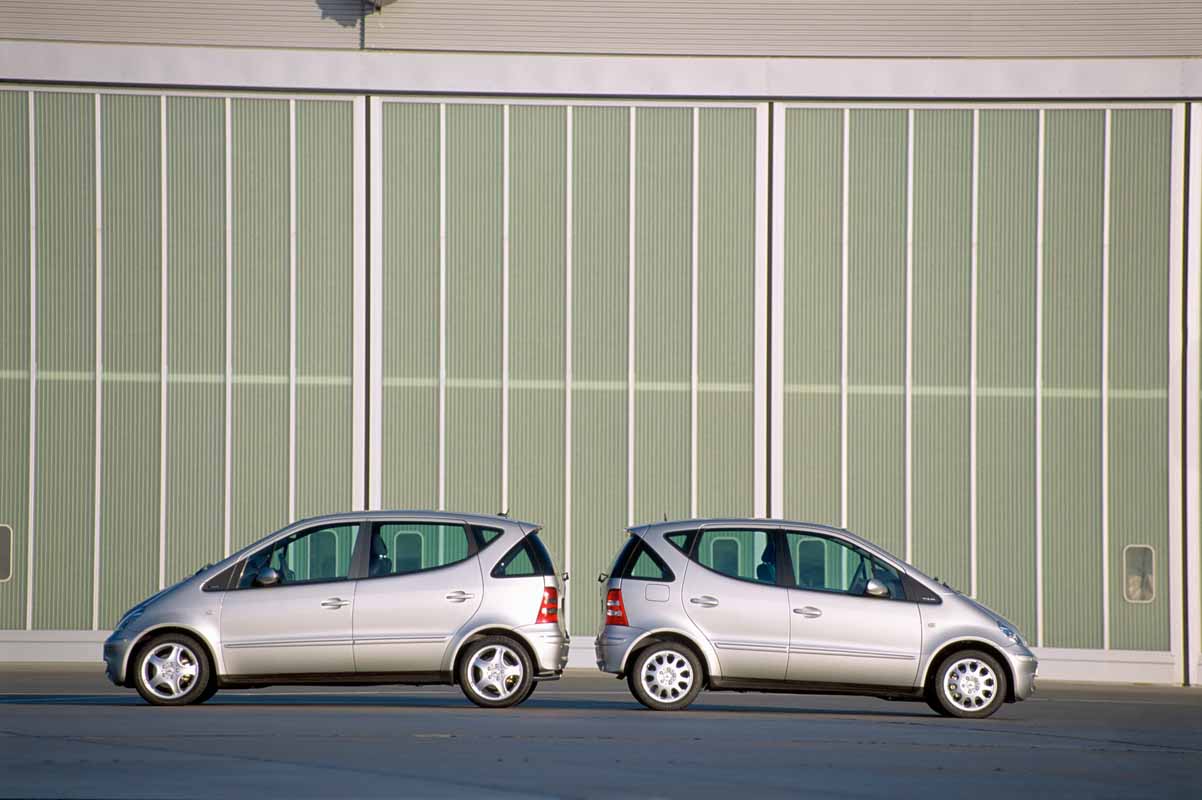 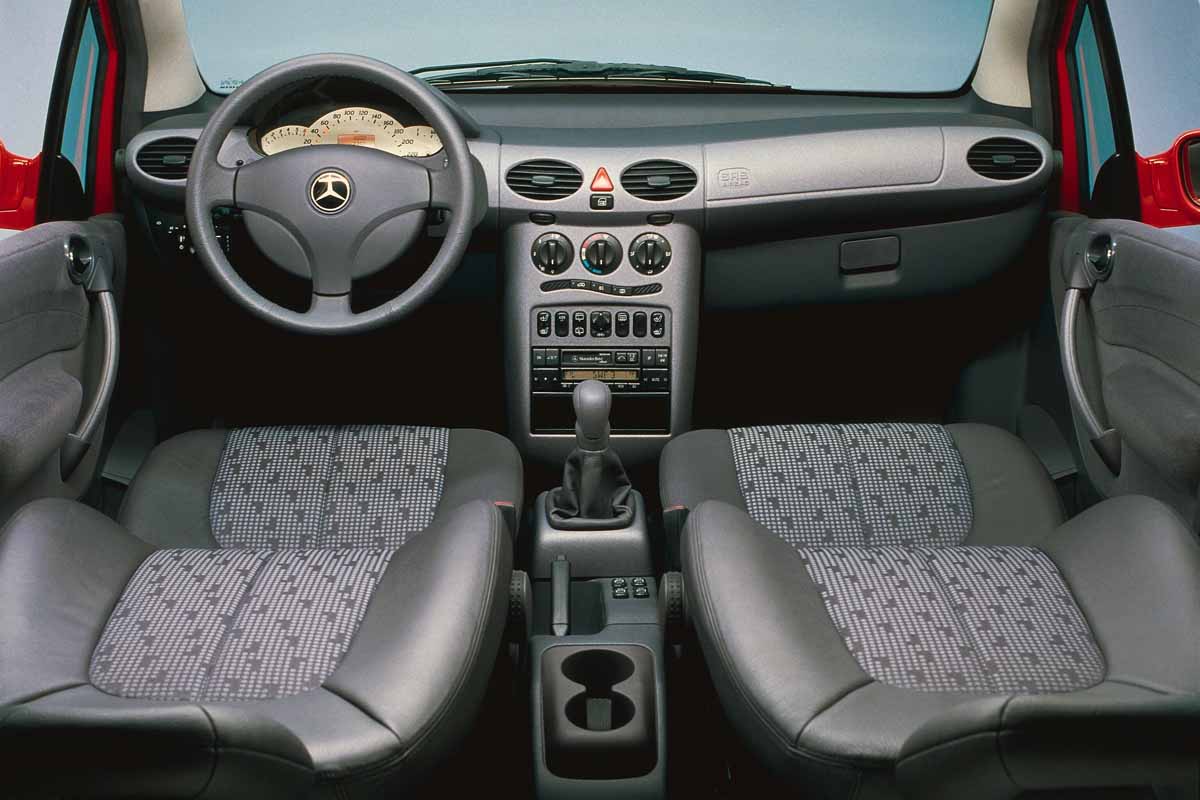 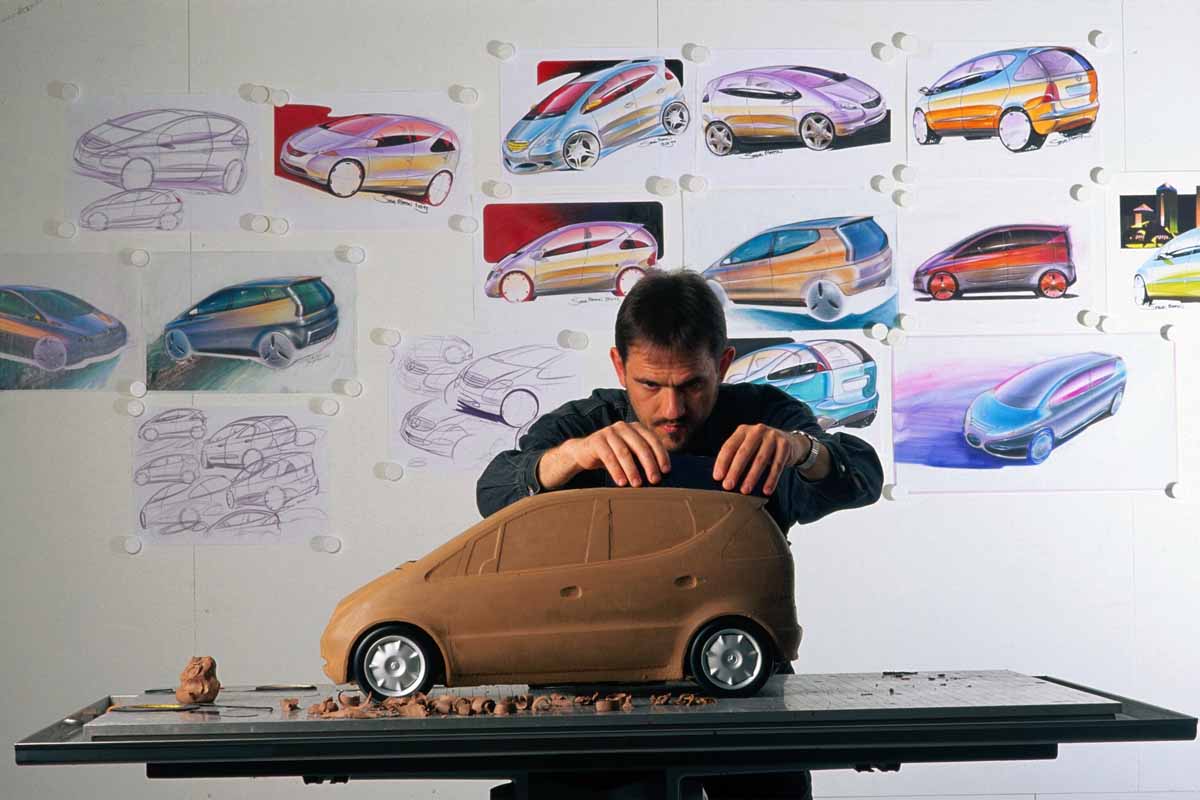 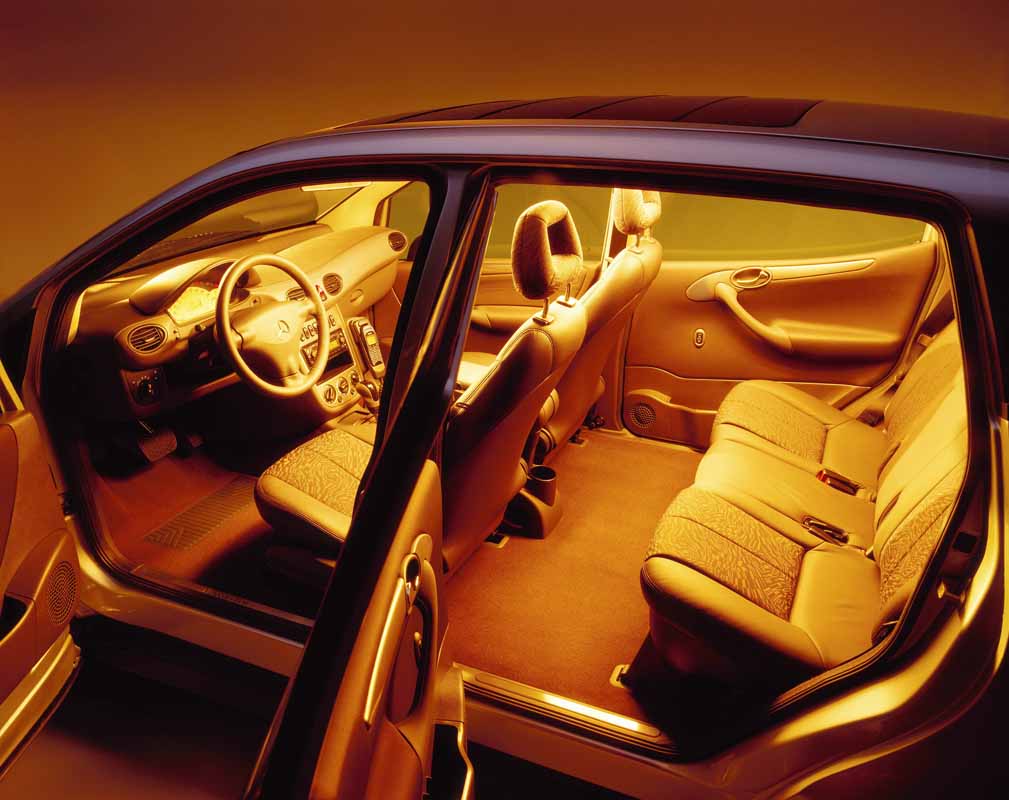 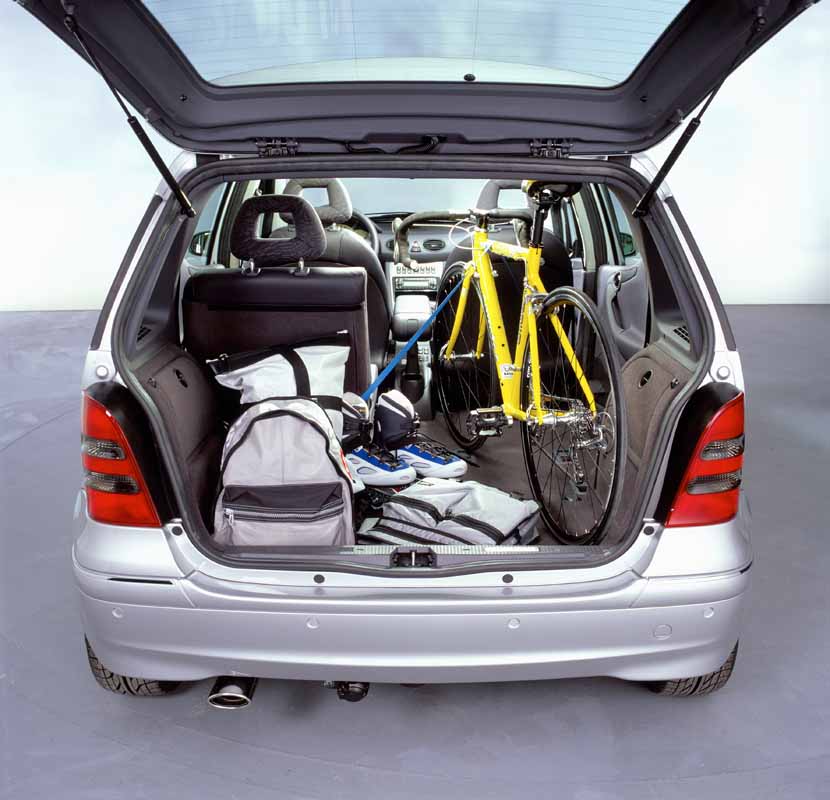 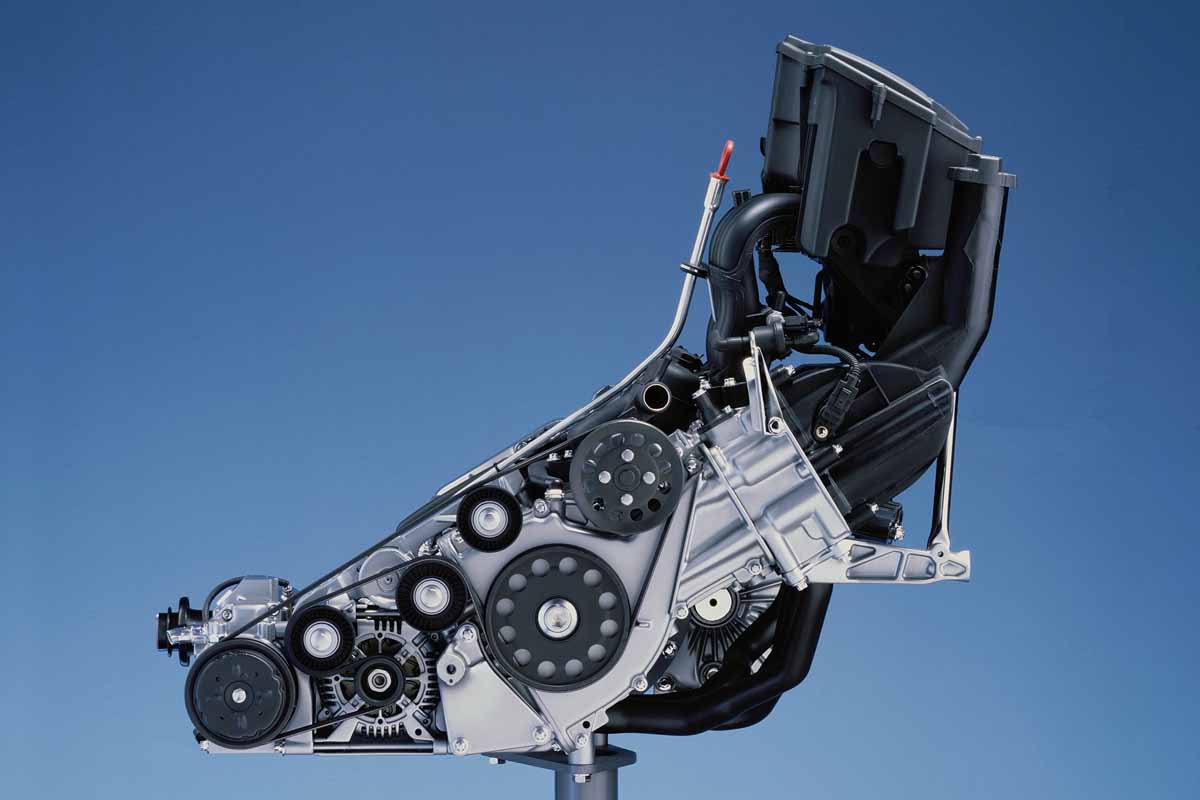 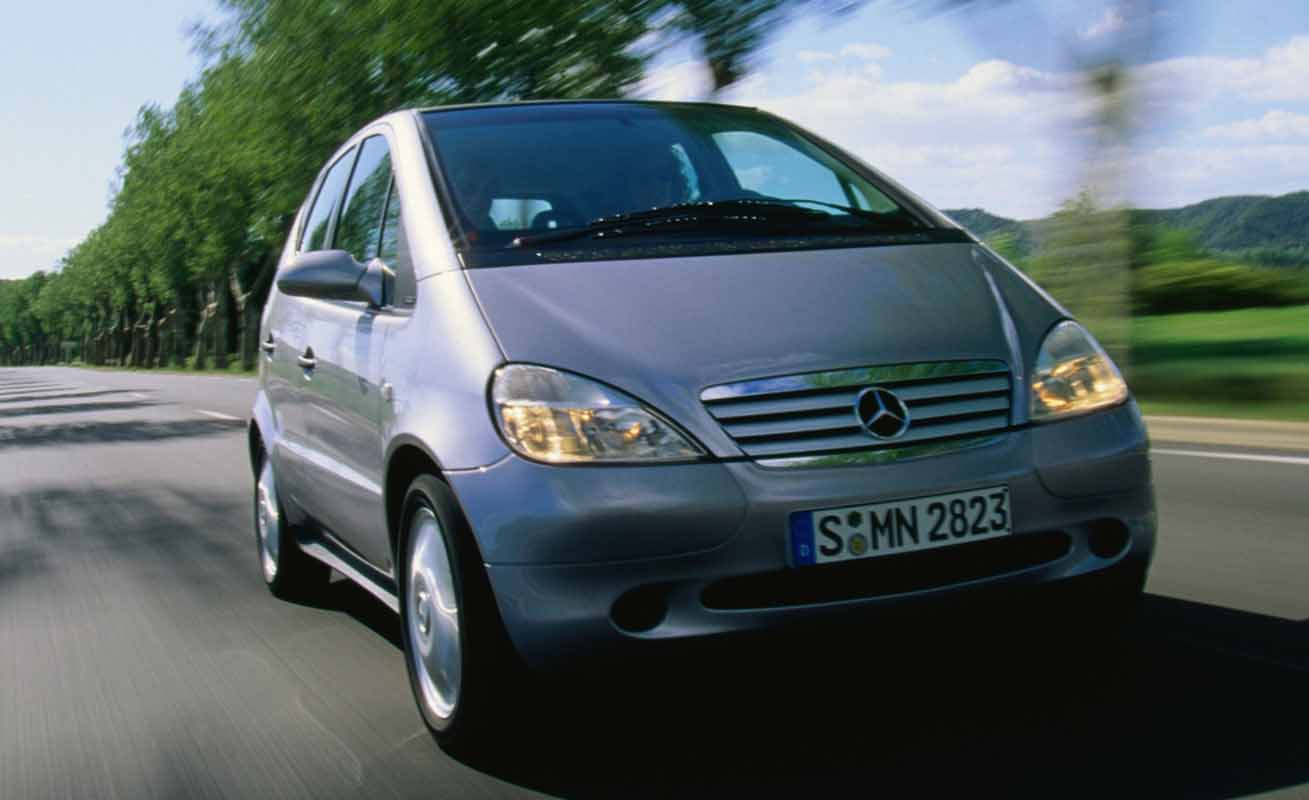 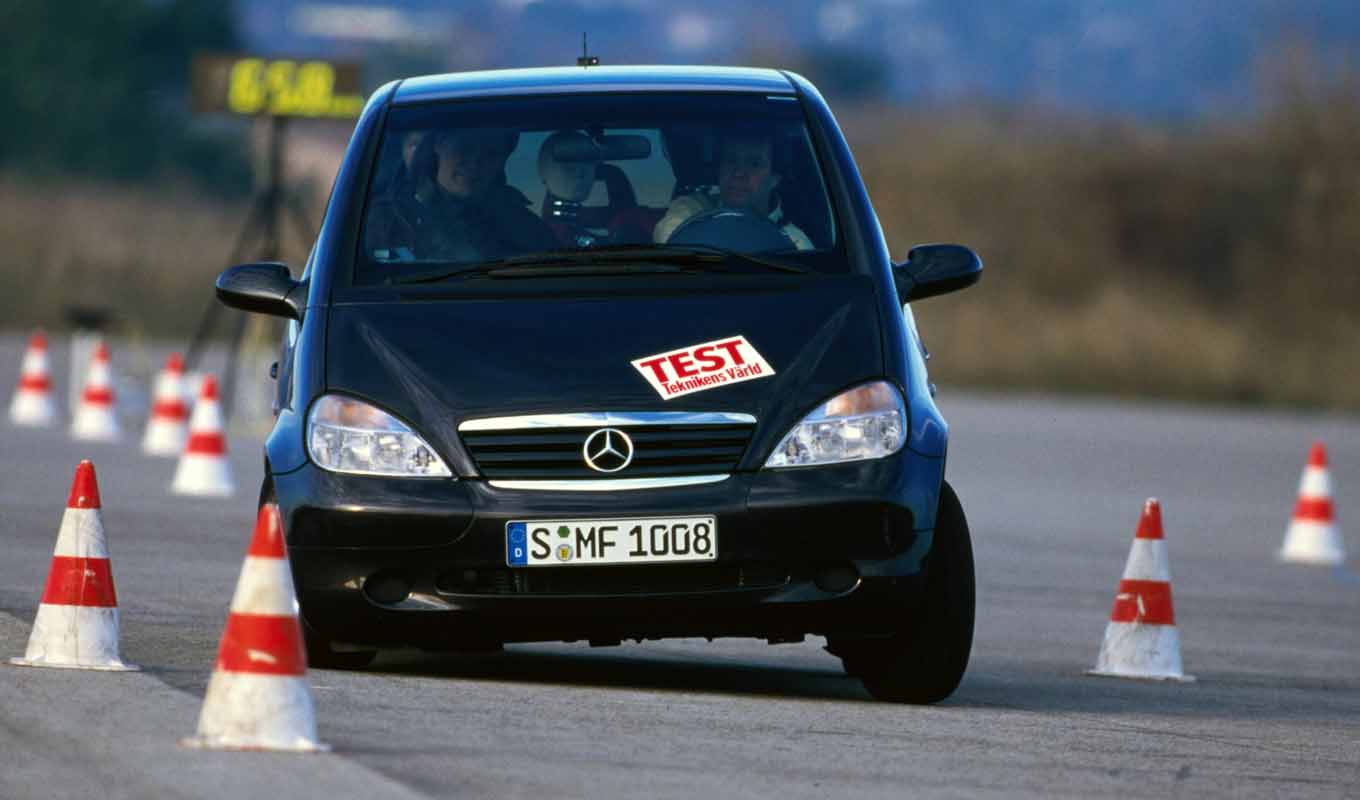 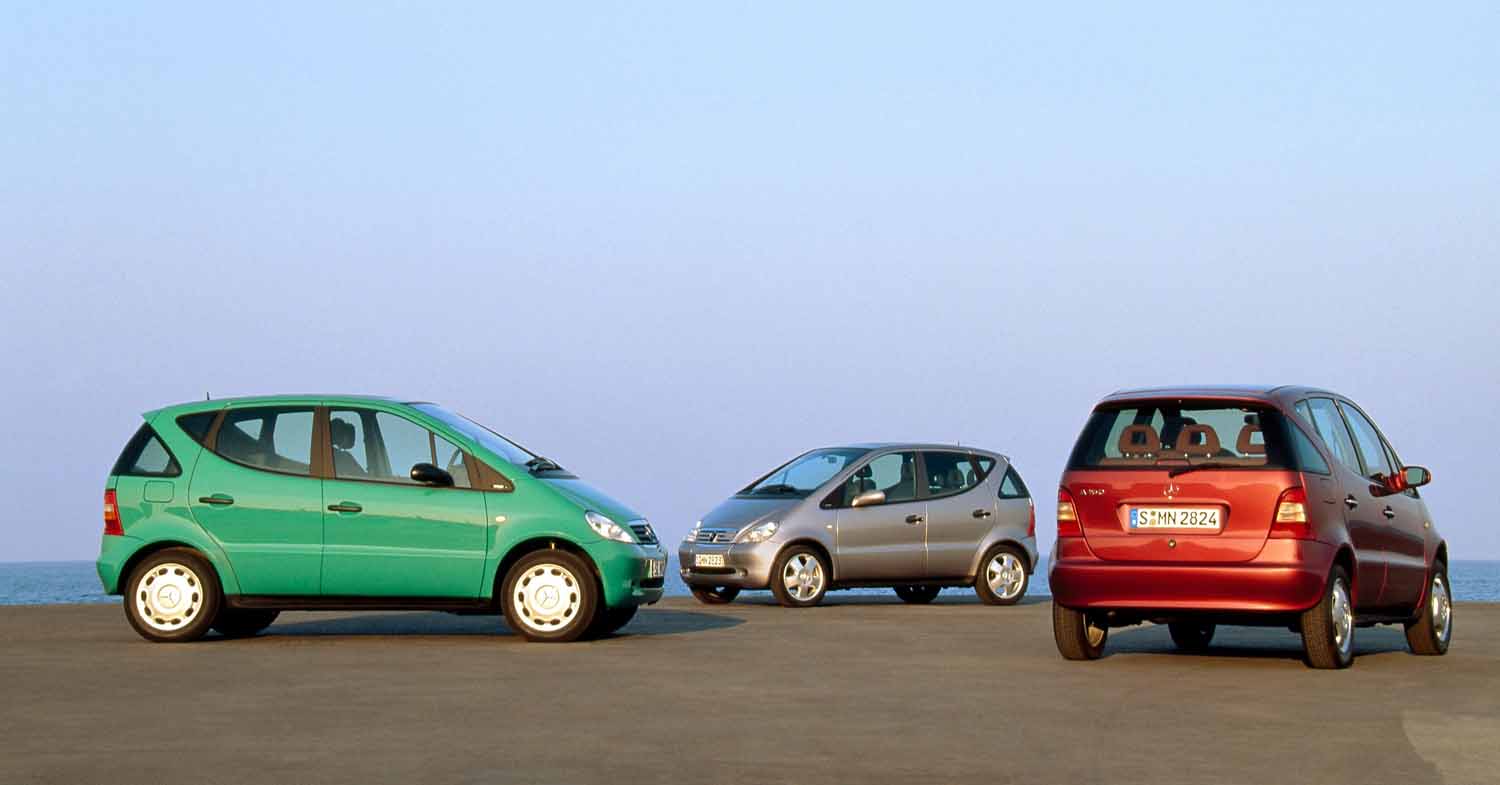 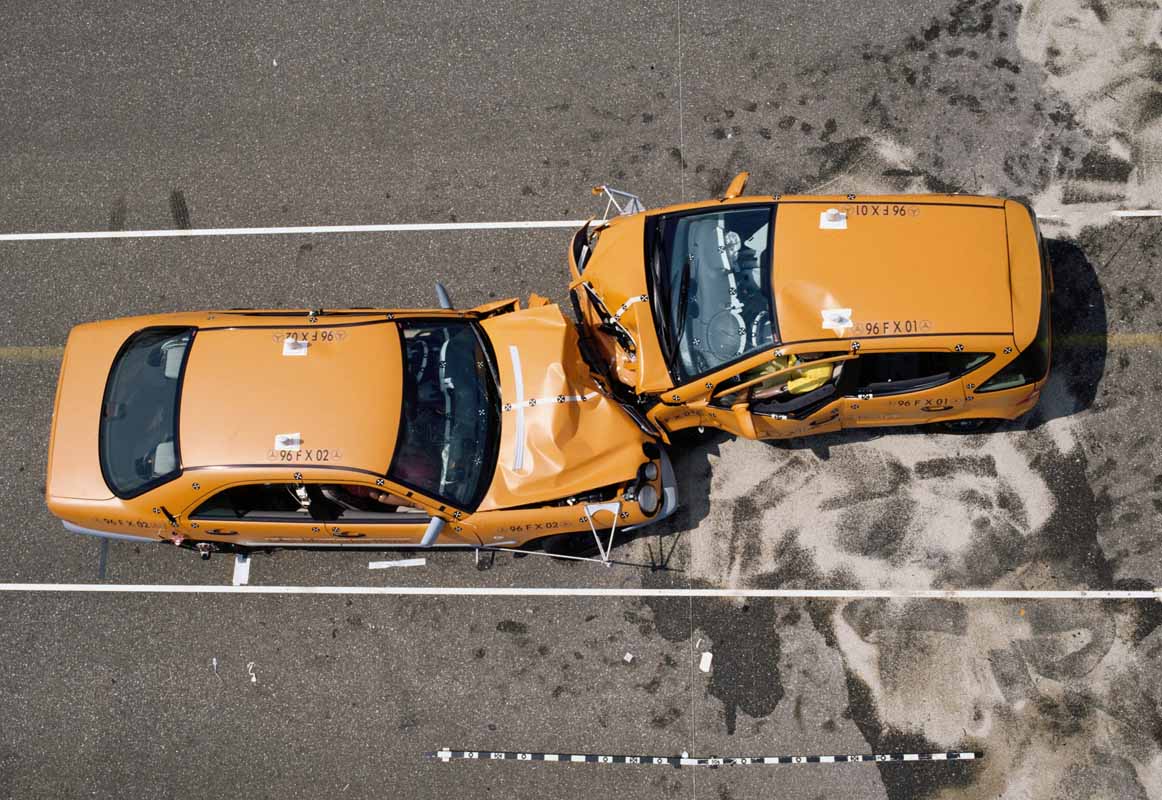