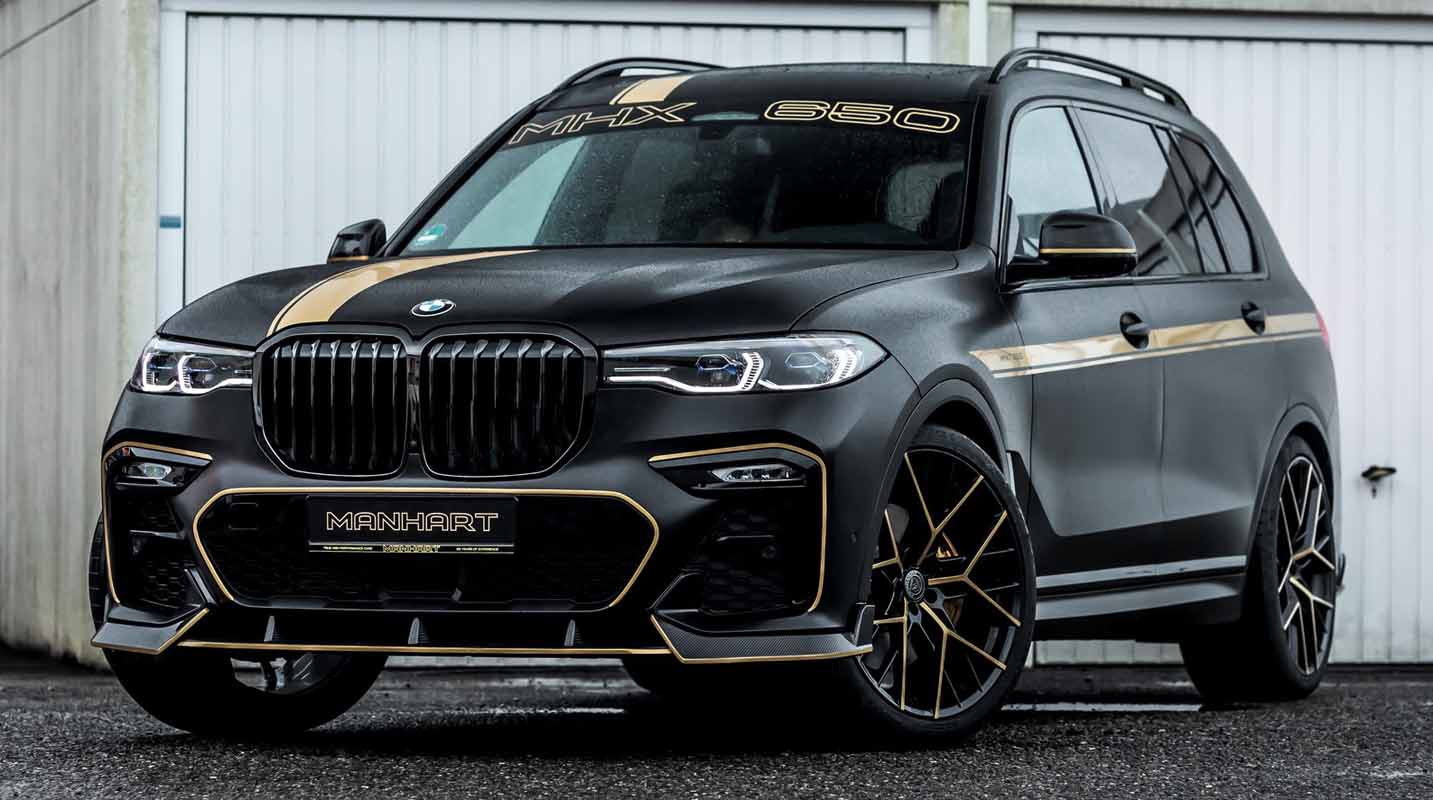 Pure luxury in SUV guise – that’s probably the best way to describe the BMW X7 (G07). And in the top version, the M50i, the XL SUV weighing 2.5 tonnes and measuring 5.15 metres in length, also boasts astonishing driving dynamics. MANHART specialists have now underlined the latter, both technically and visually – by transforming the X7 M50i into the MANHART MHX7 650.

MANHART technicians have pushed the 4.4-litre bi-turbo V8 of the X7 topline, which already generates 530 hp and 750 Nm at the factory, to a mighty 650 hp by installing MANHART in-house MHtronik auxiliary control unit.

The torque mountain of the twin-turbocharged eight-horsepower engine grows in parallel to up to 920 Nm. In addition to the electronic tuning, MANHART installed a sports exhaust system with valve control, which ends with four carbon fibre tailpipes. The standard OPFs have been removed.

But speaking of carbon: the exterior parts installed by MANHART team are made of the super-light high-tech composite material – as the characteristic shimmer of their clear-coated fibre fabric reveals: the new carbon front spoiler with strikingly shaped winglets quotes motorsport just as much as the visually matching rear diffuser; furthermore, the exterior mirror housings are made of carbon. Almost obligatory for a MANHART vehicle is the golden decal set – seen here on a matt black vinyl background.

Also generously accentuated in gold are the satin black MANHART Classic Line rims: The front of the interlocking Y-spokes shine in the colour of the popular precious metal. The 11×23-inch MANHART rims are fitted all round with XL tyres sizing 295/35R23.

The ground clearance of the SUV, which is equipped with air suspension ex works, was lowered by around 25 millimetres by means of new coupling rods. 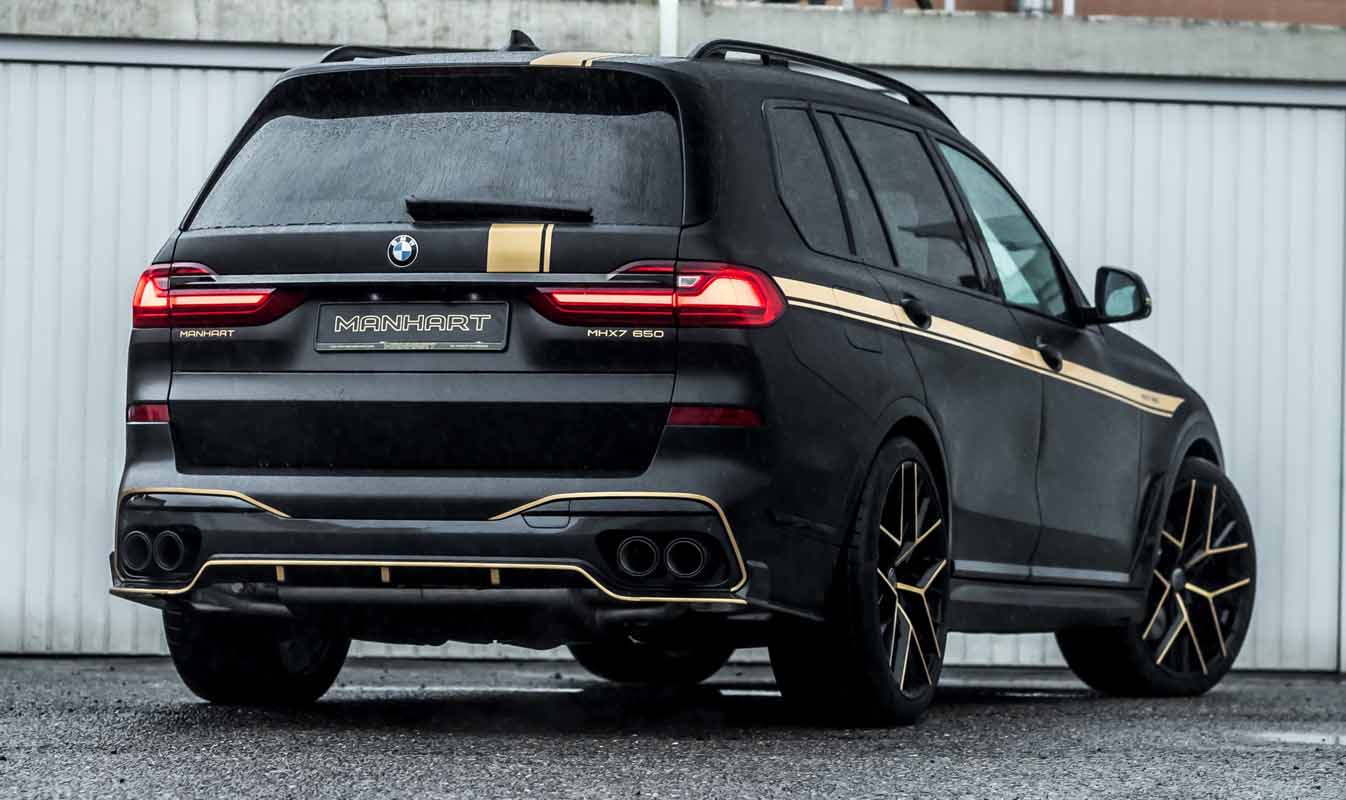 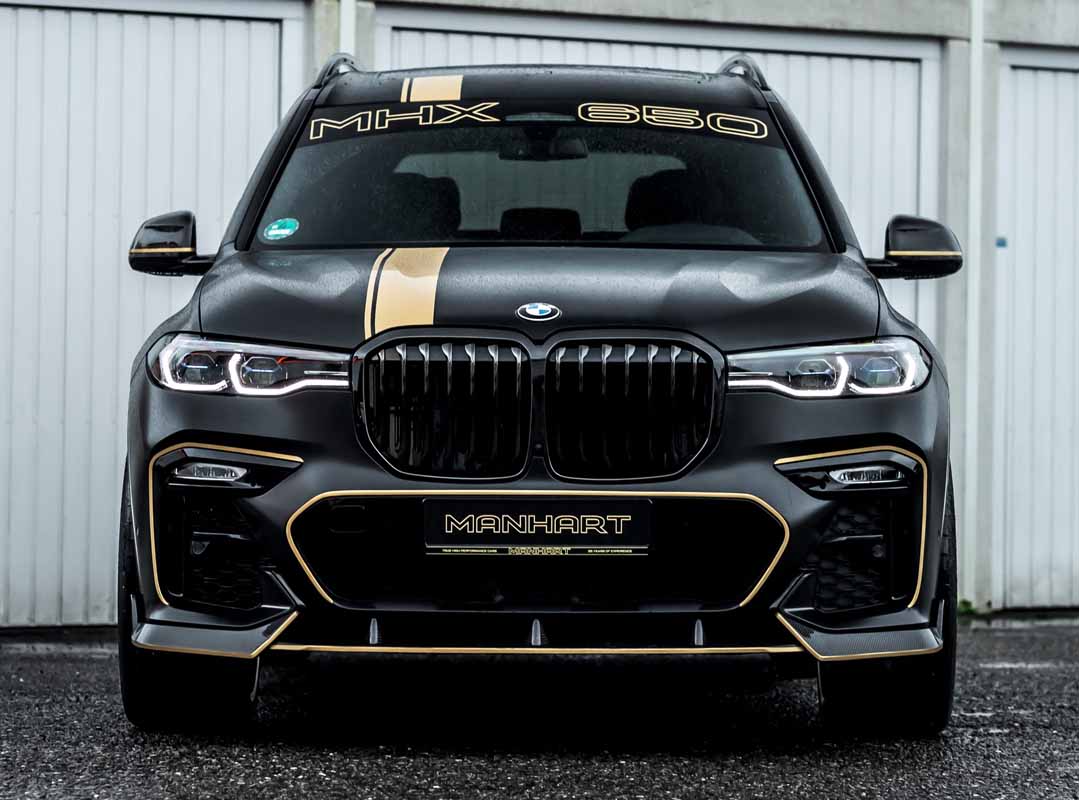 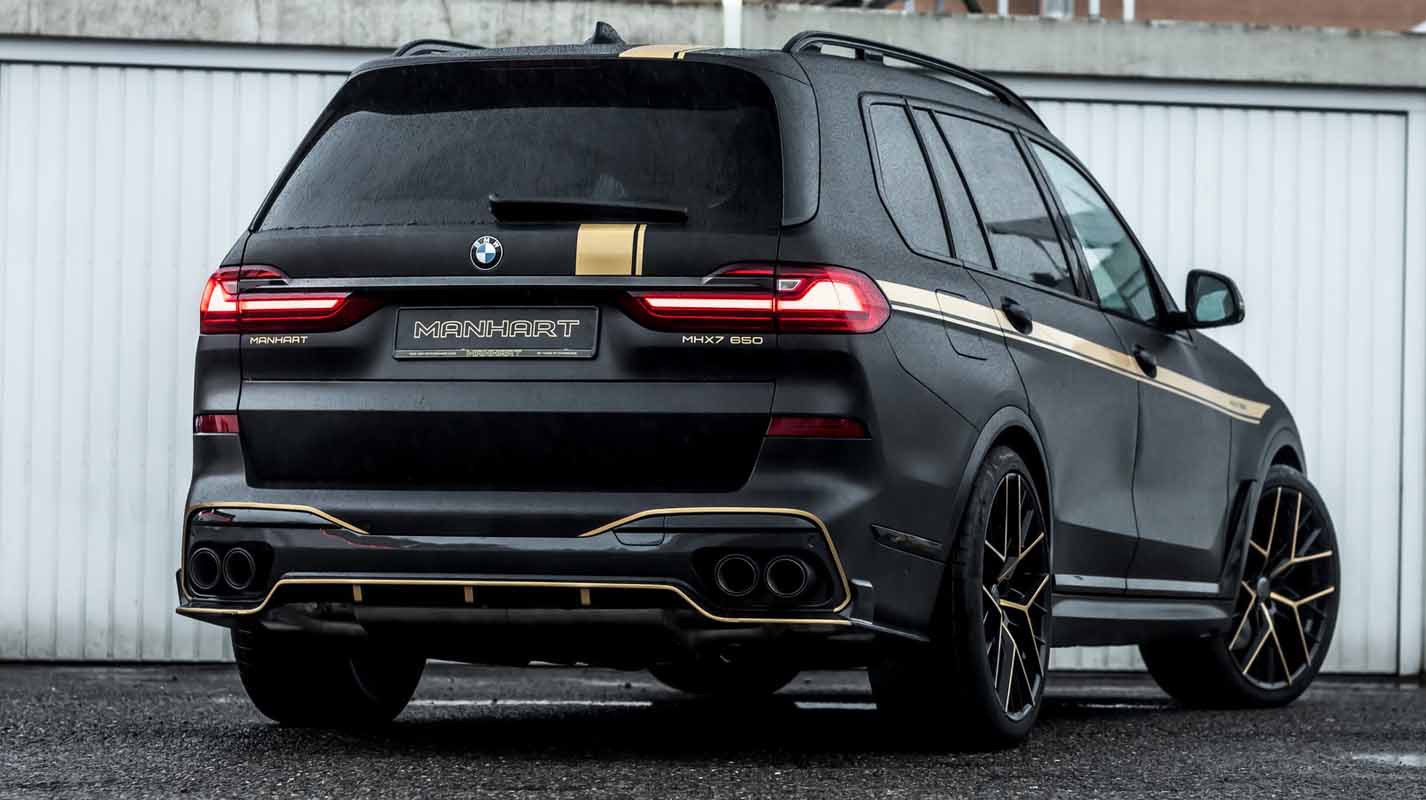 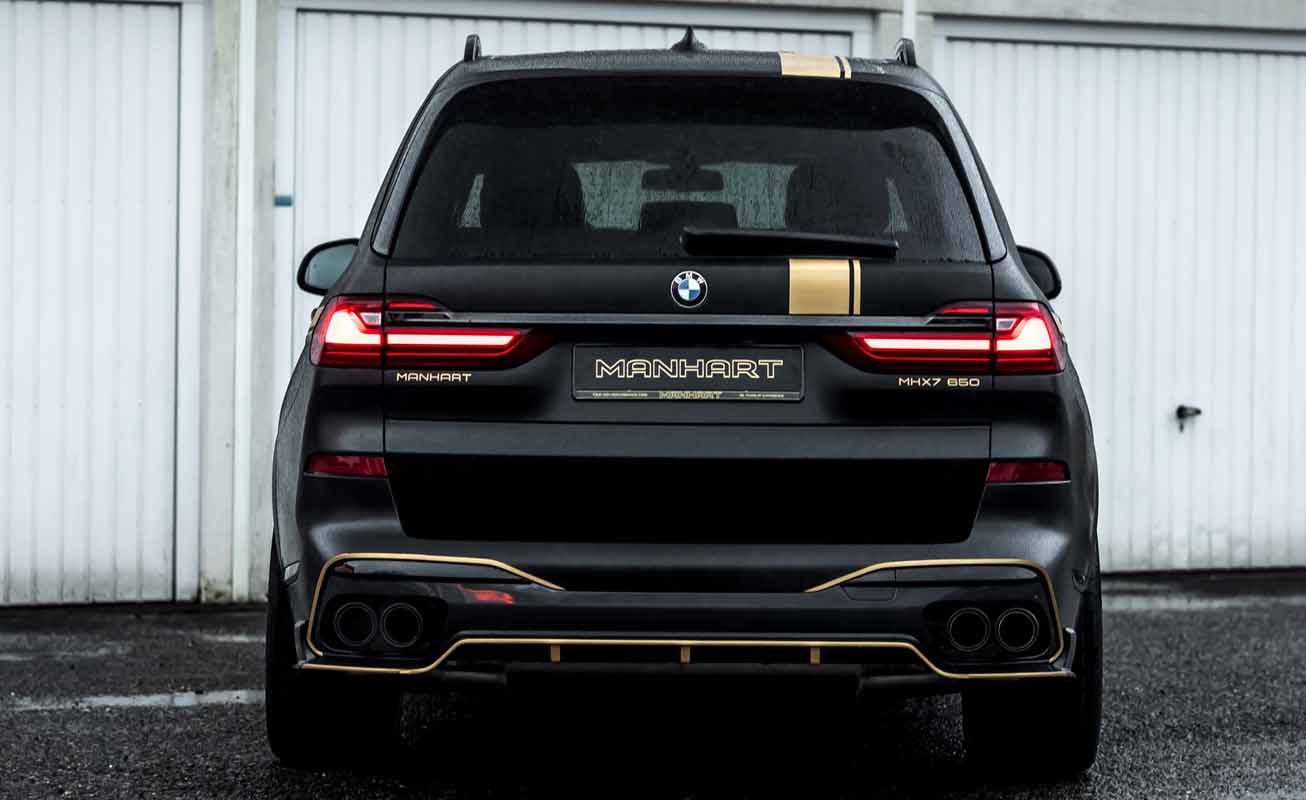 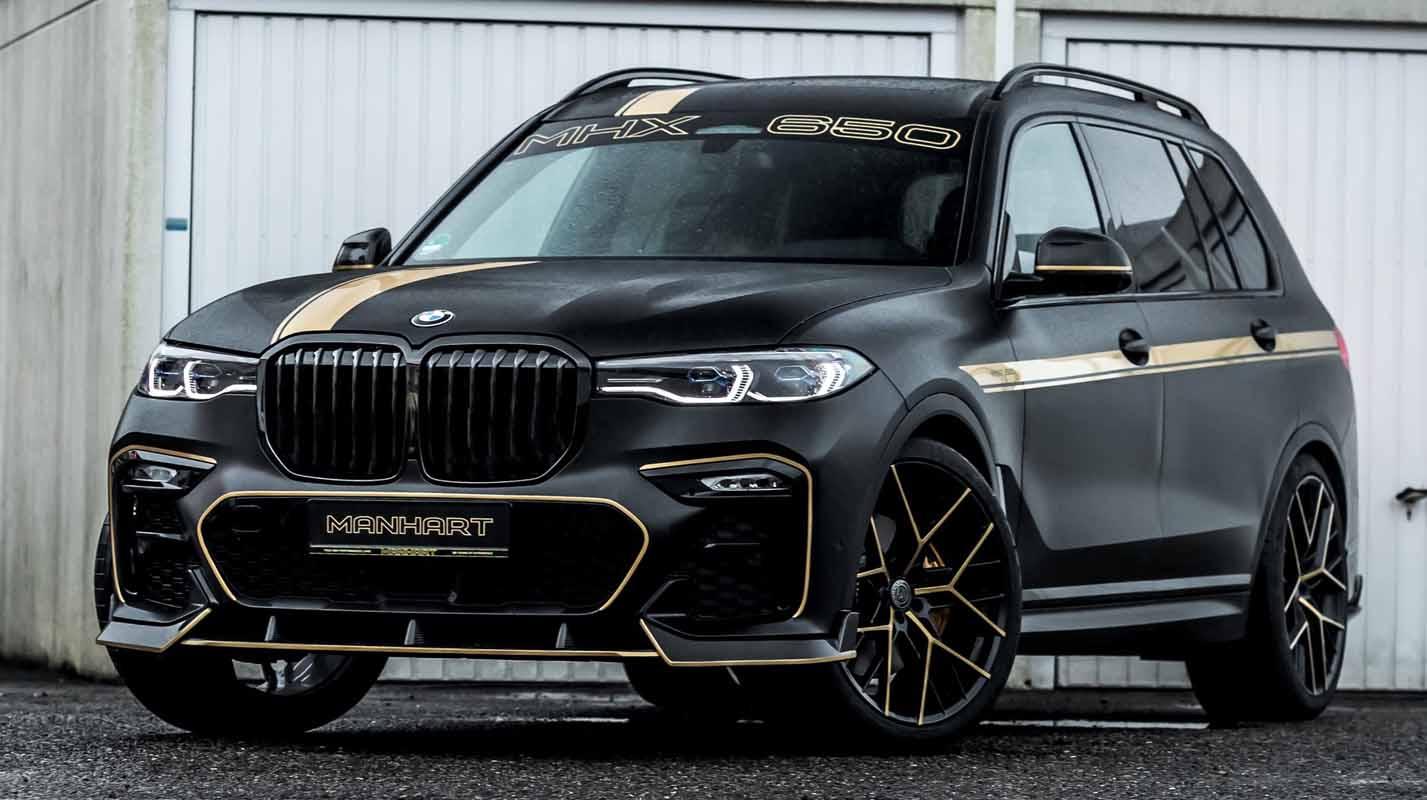 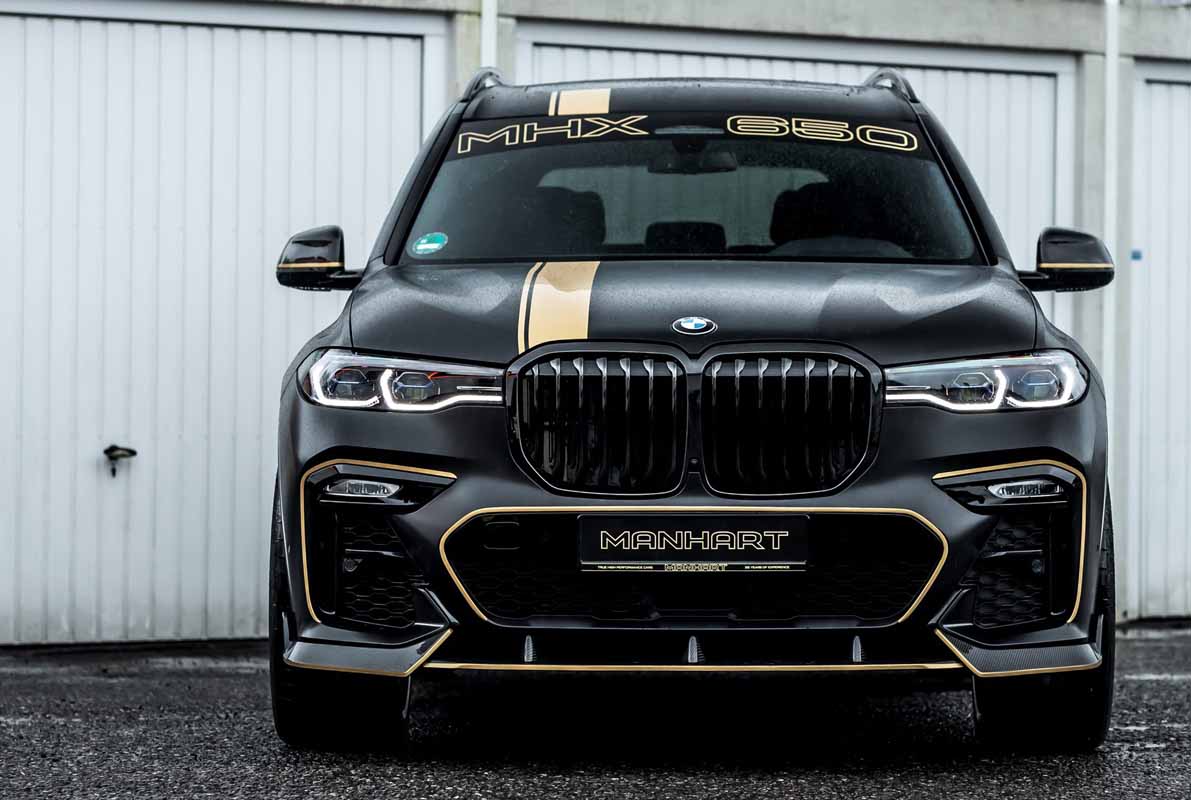 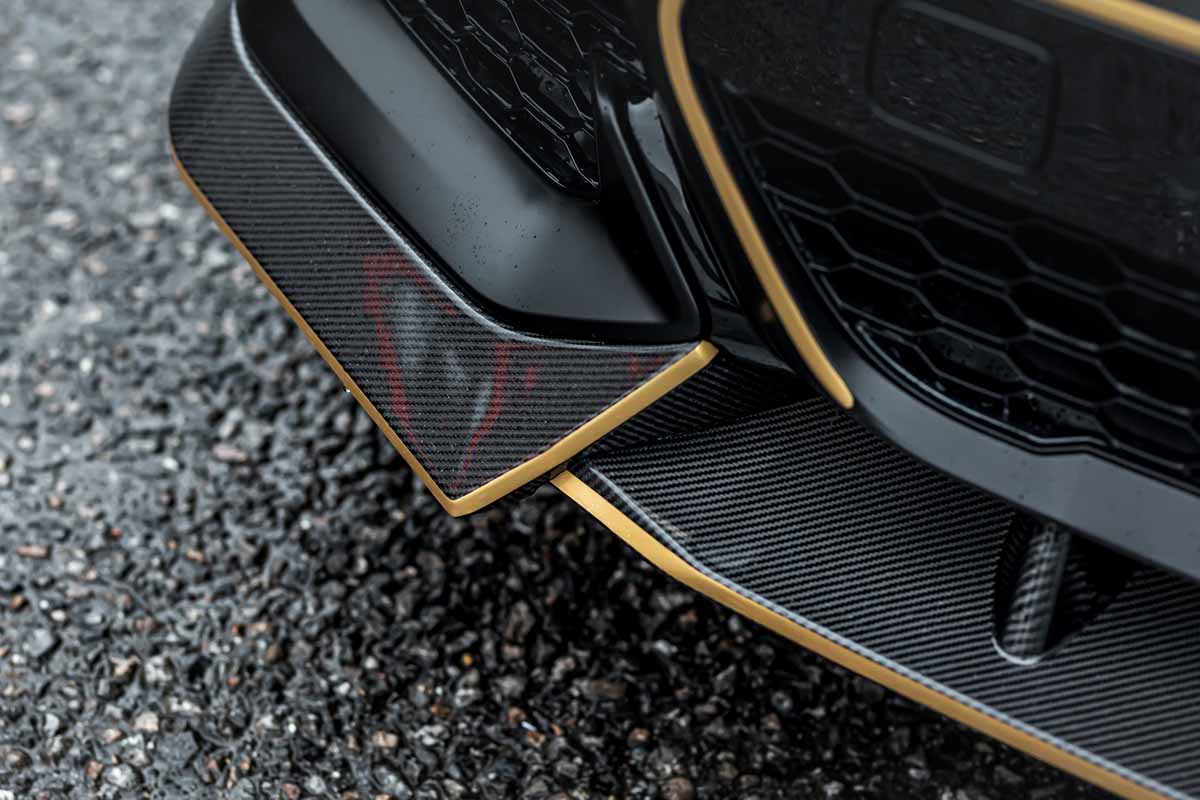 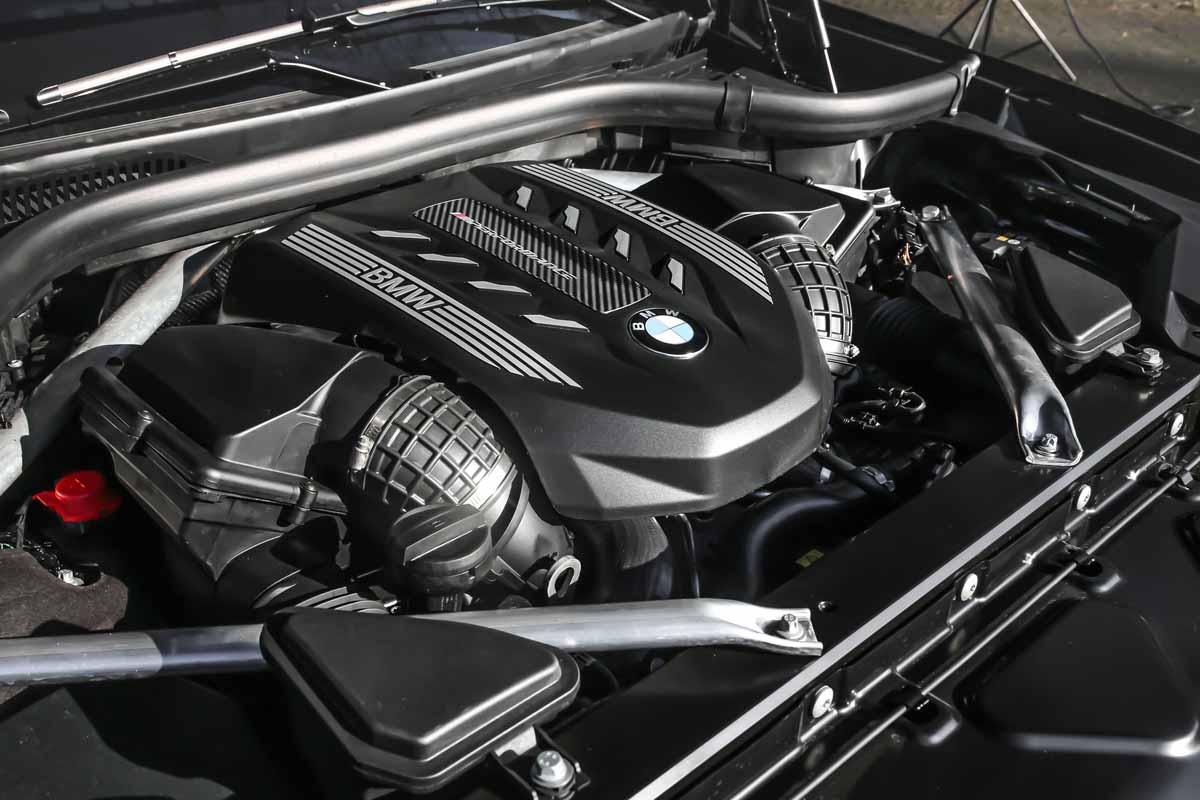 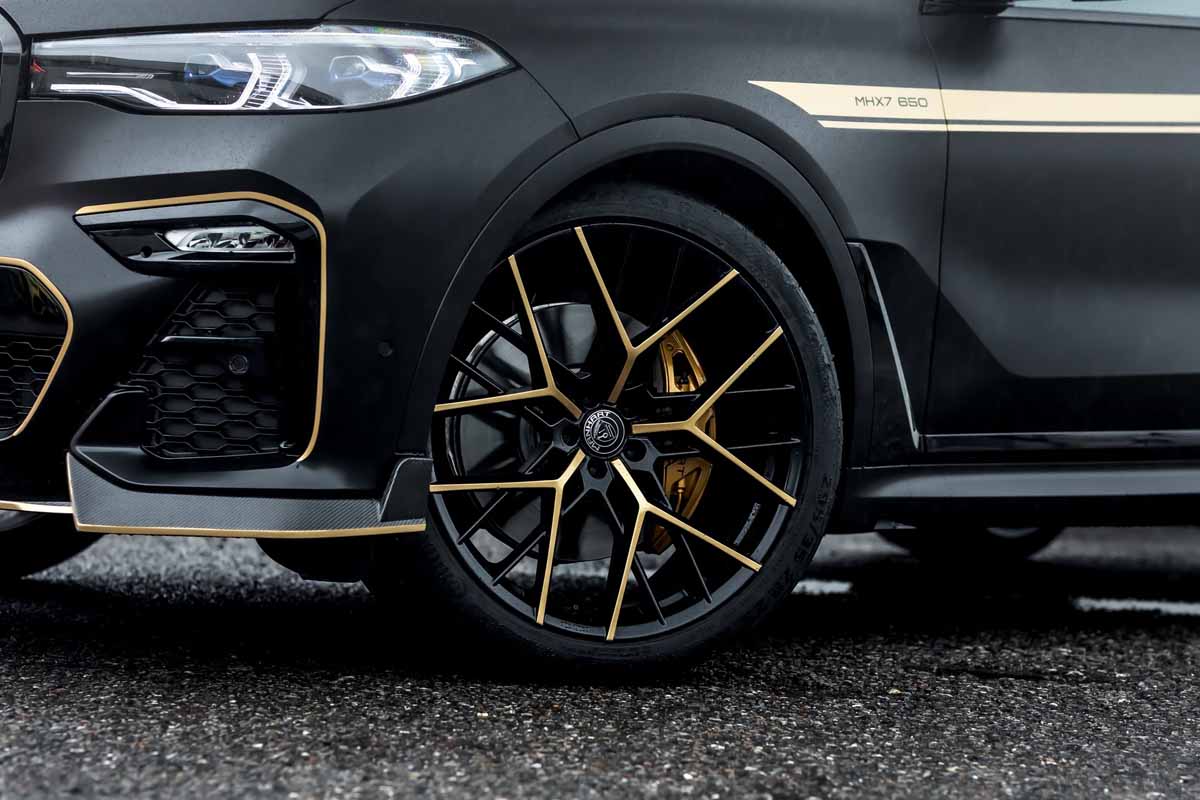 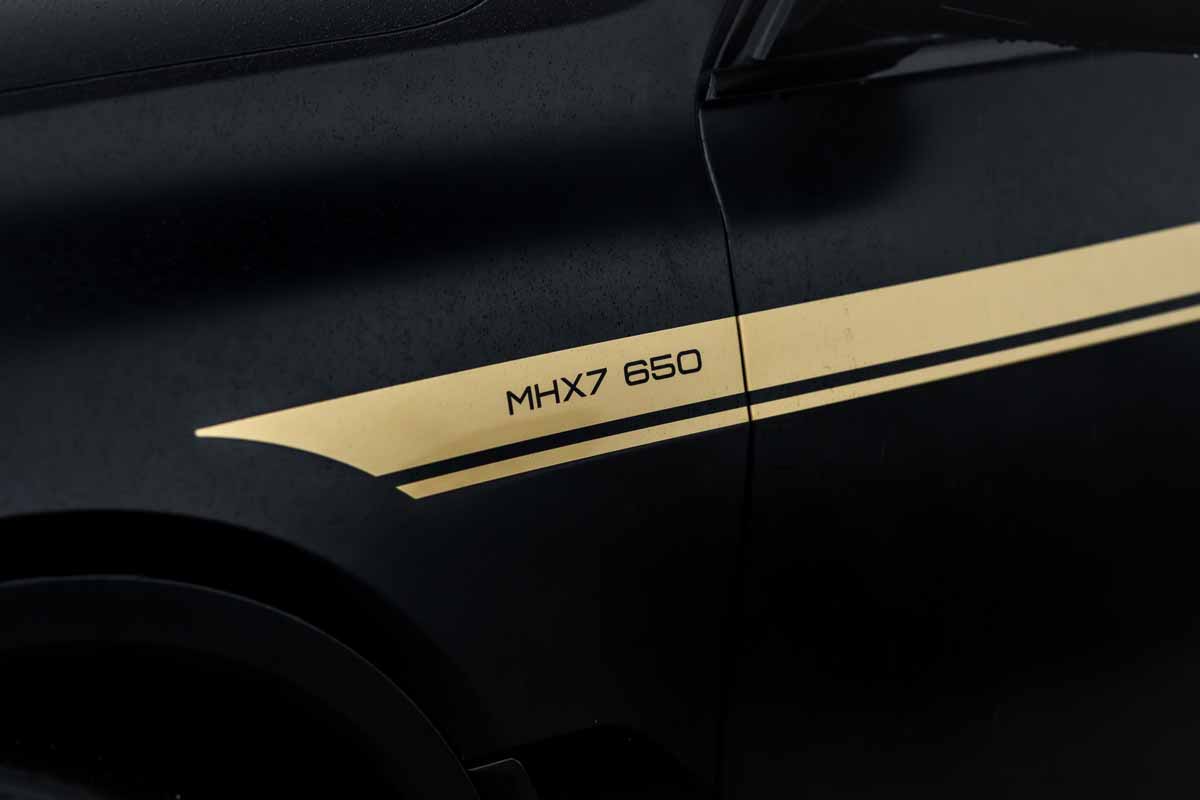 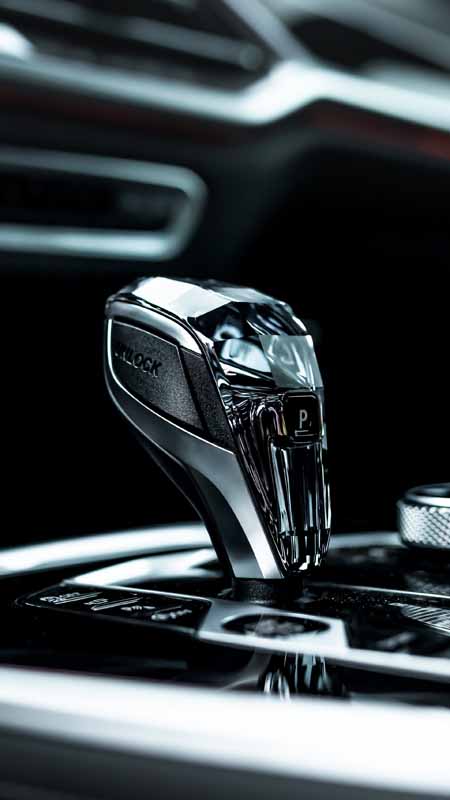 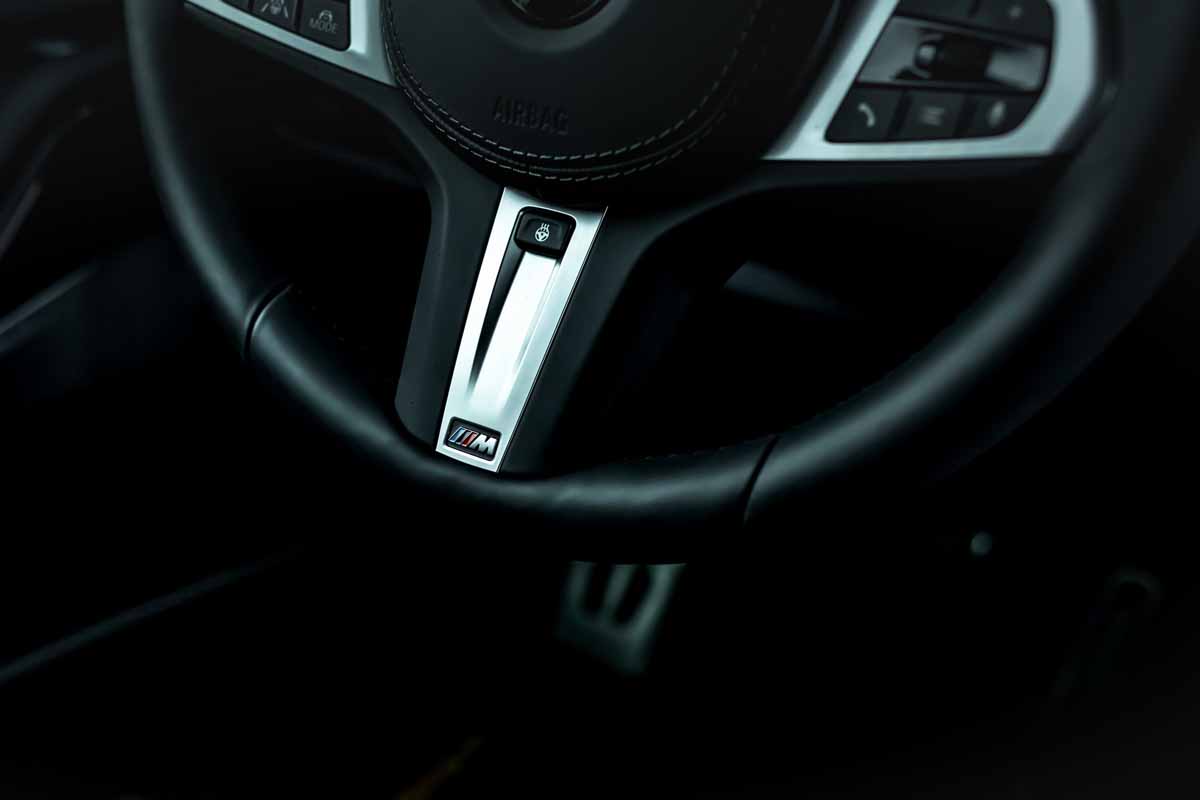 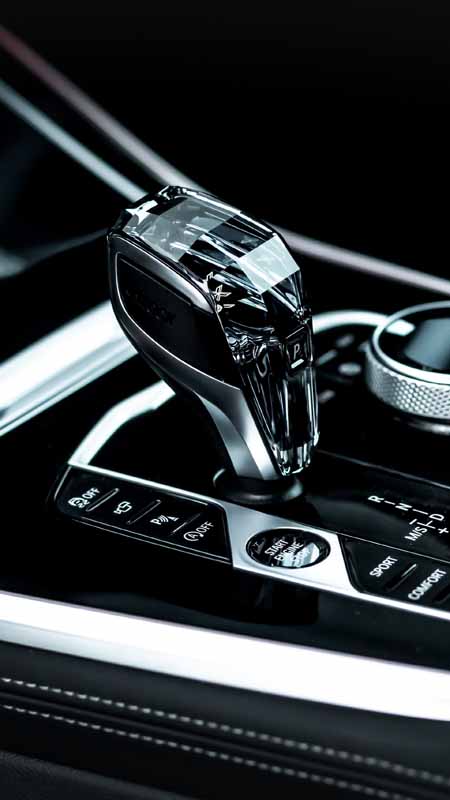 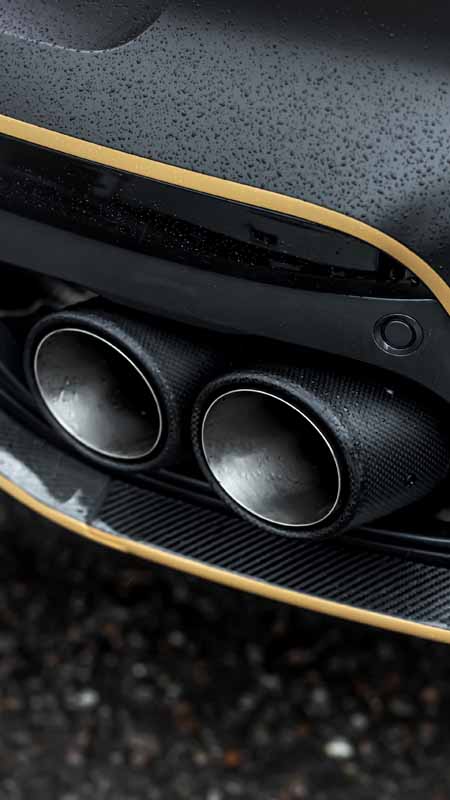 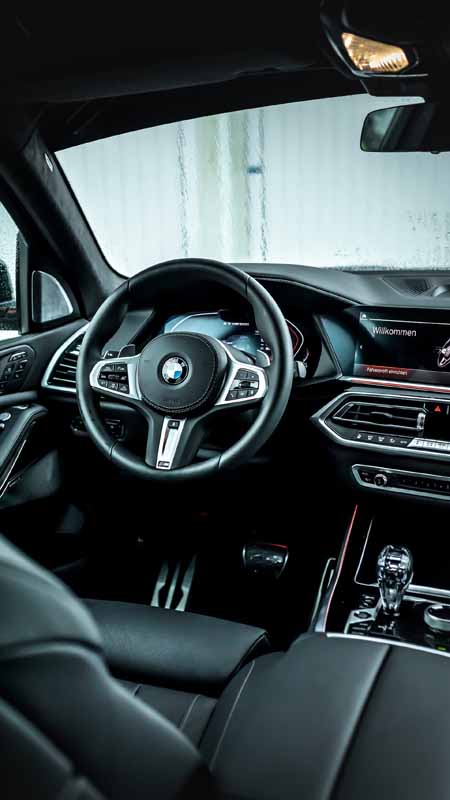 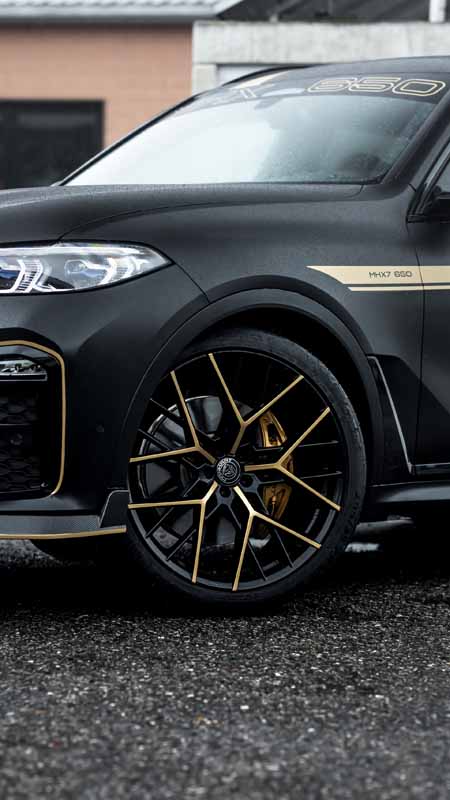 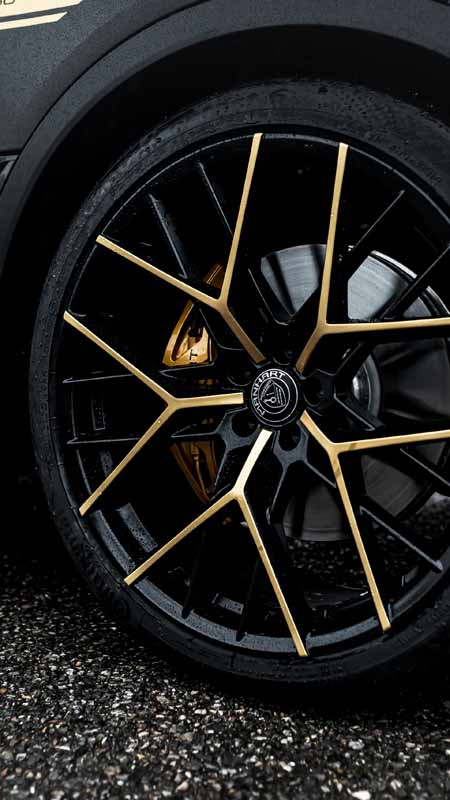 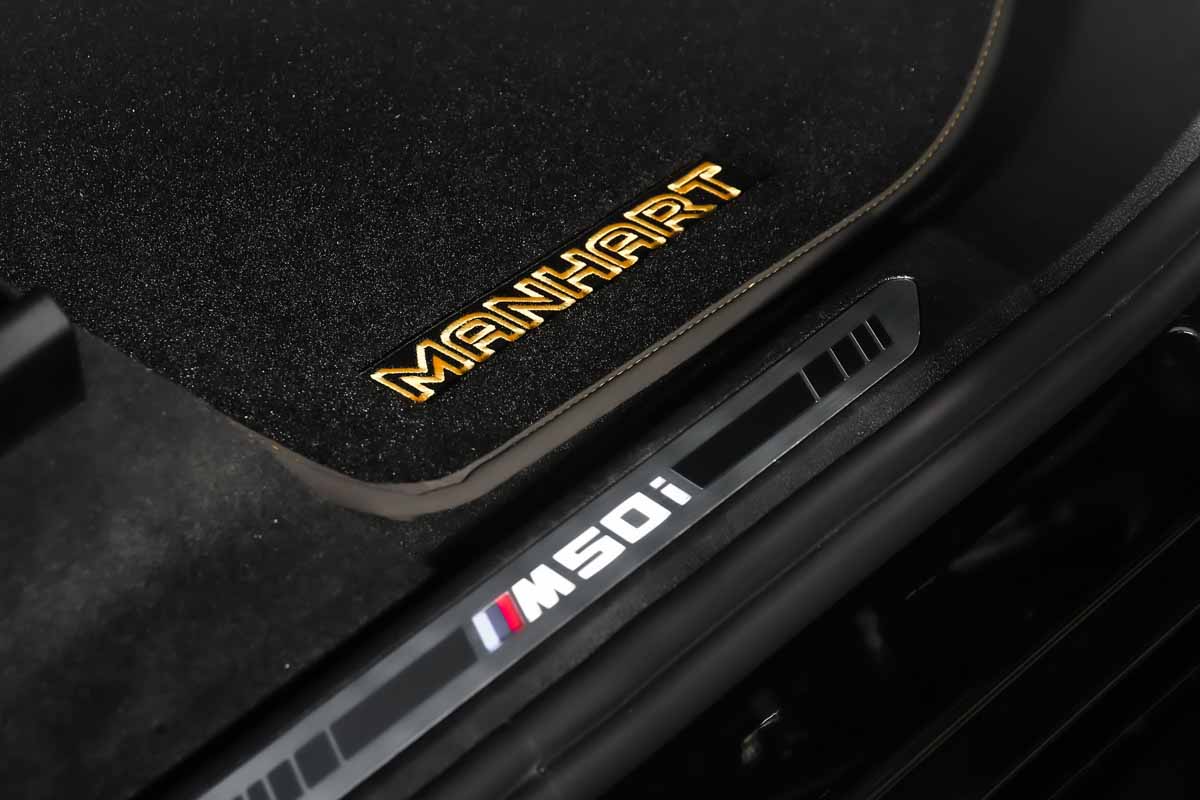 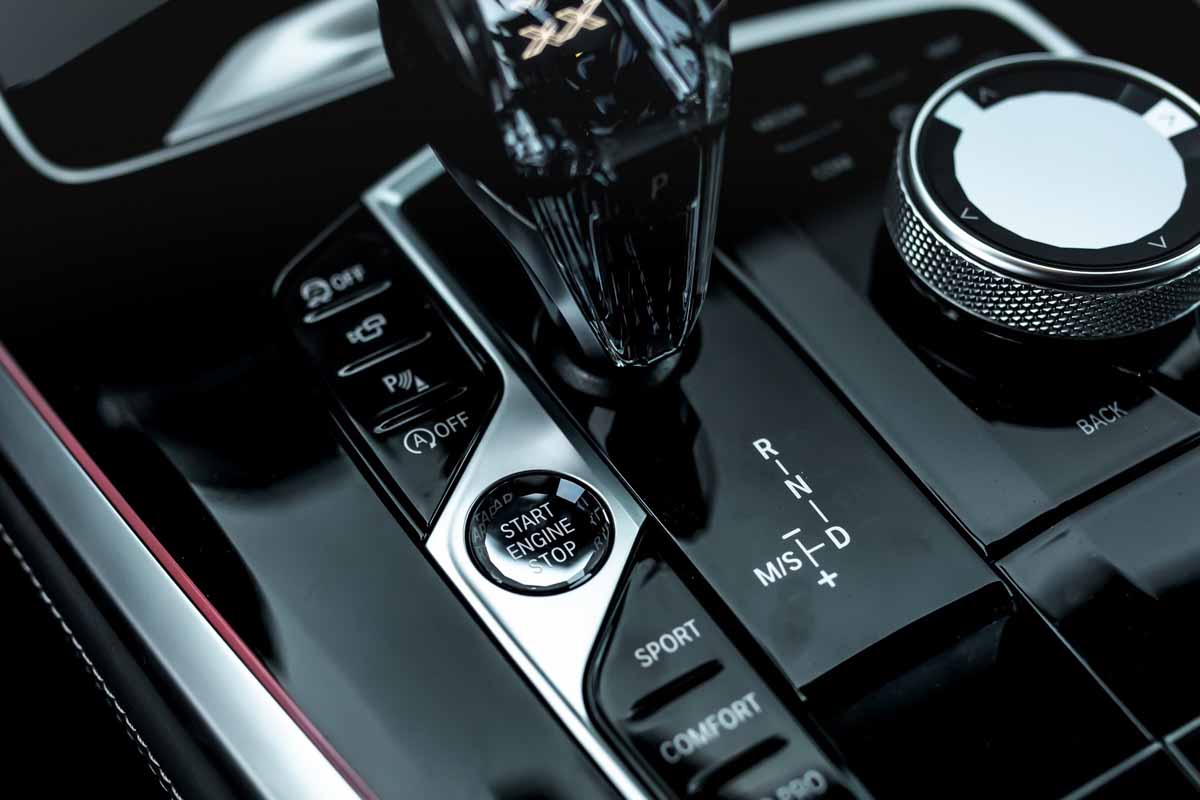 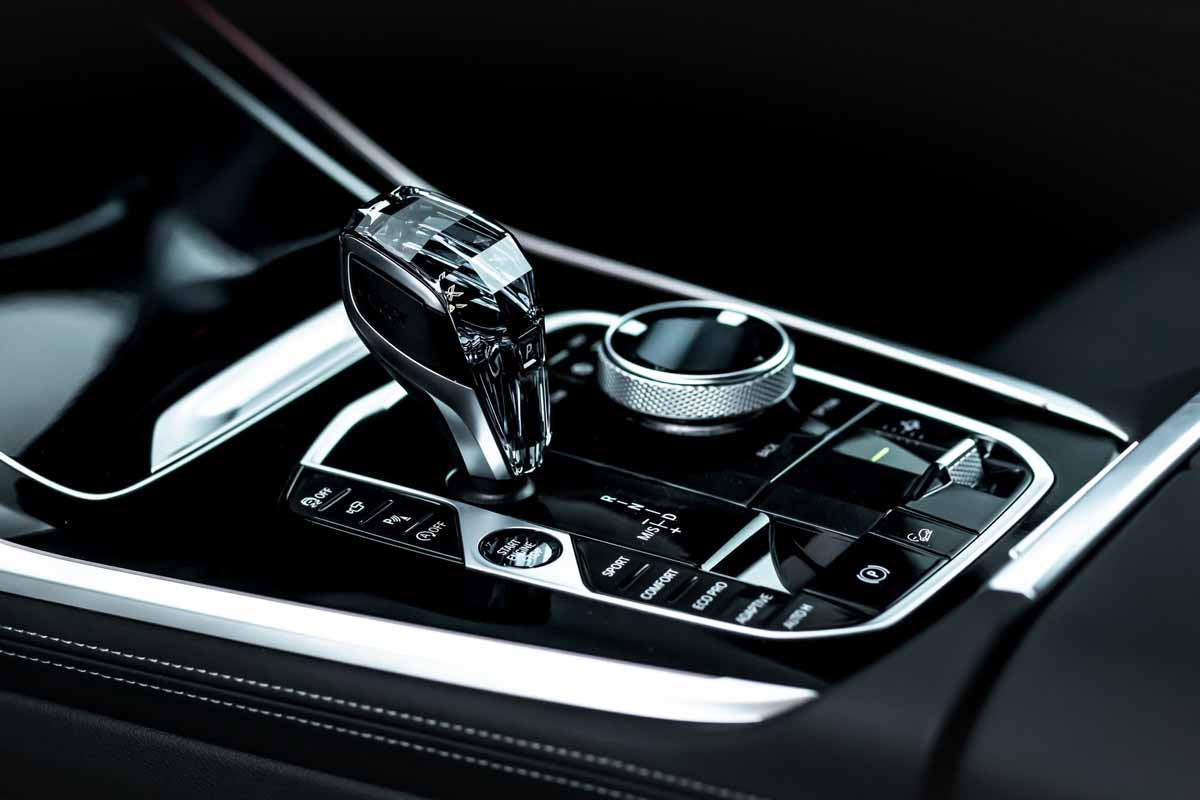 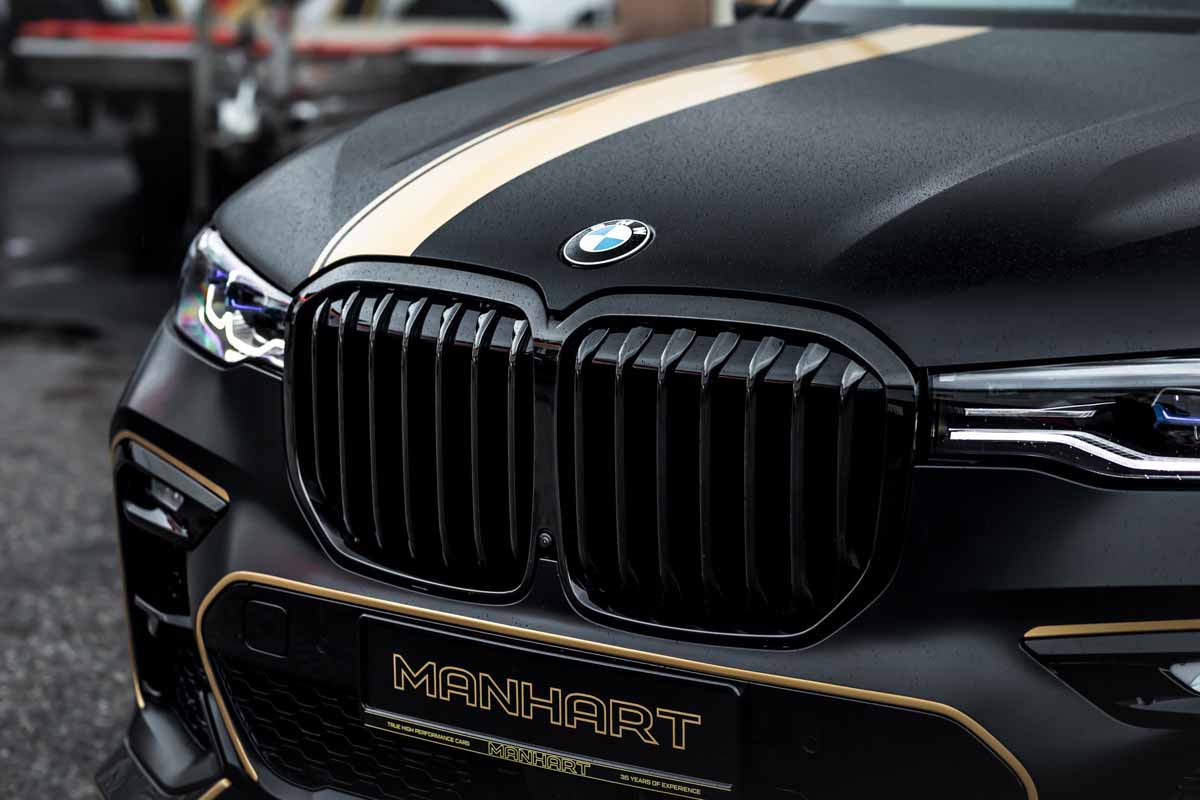 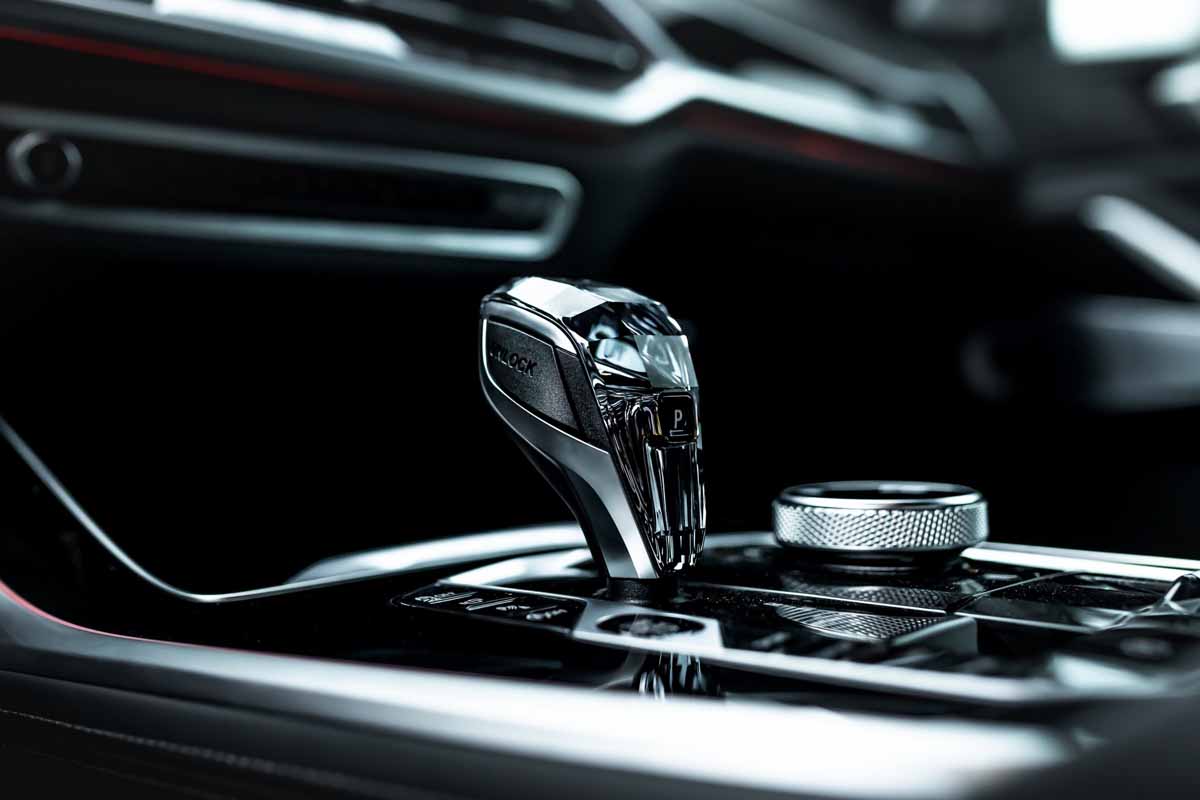 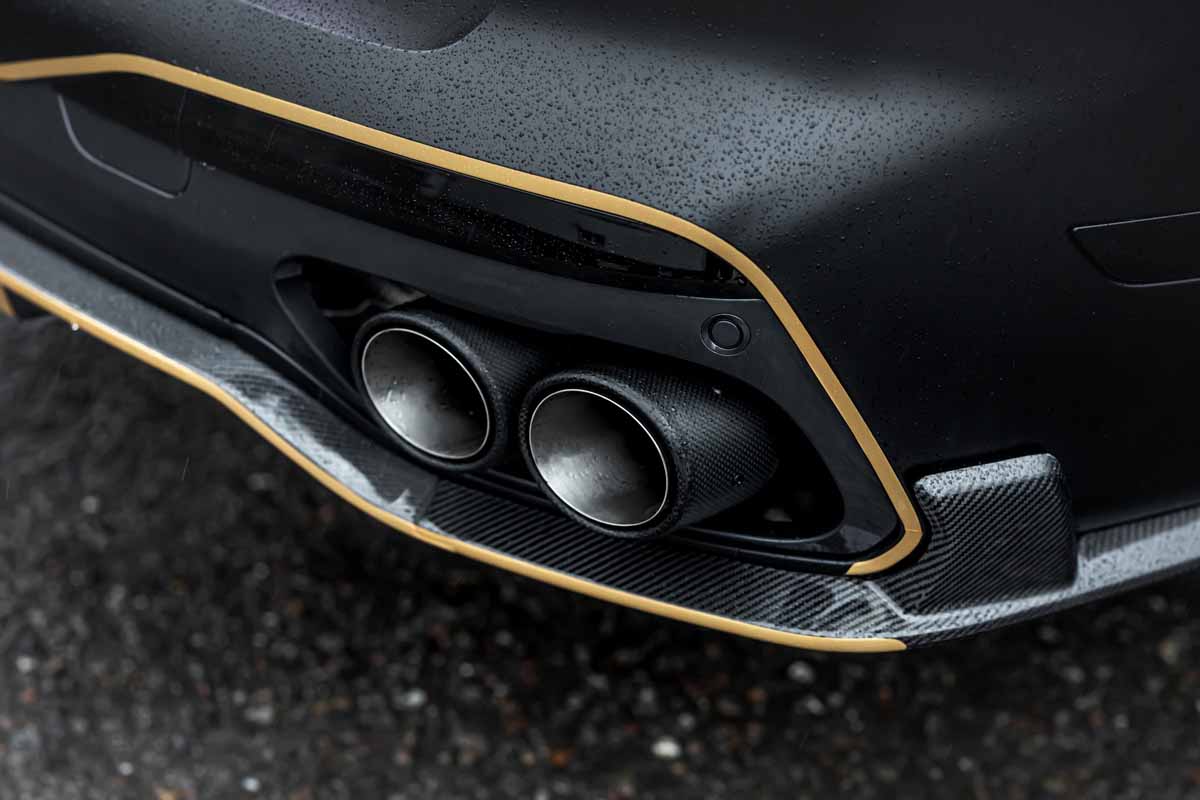 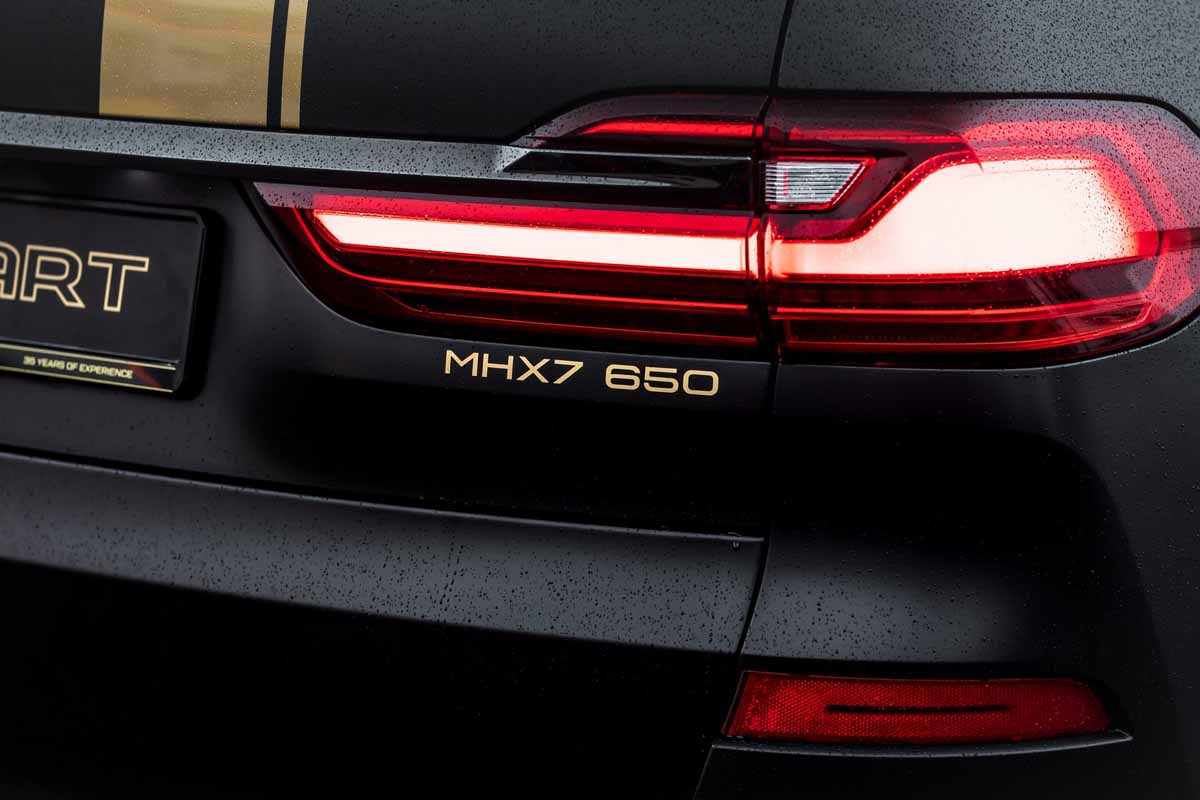 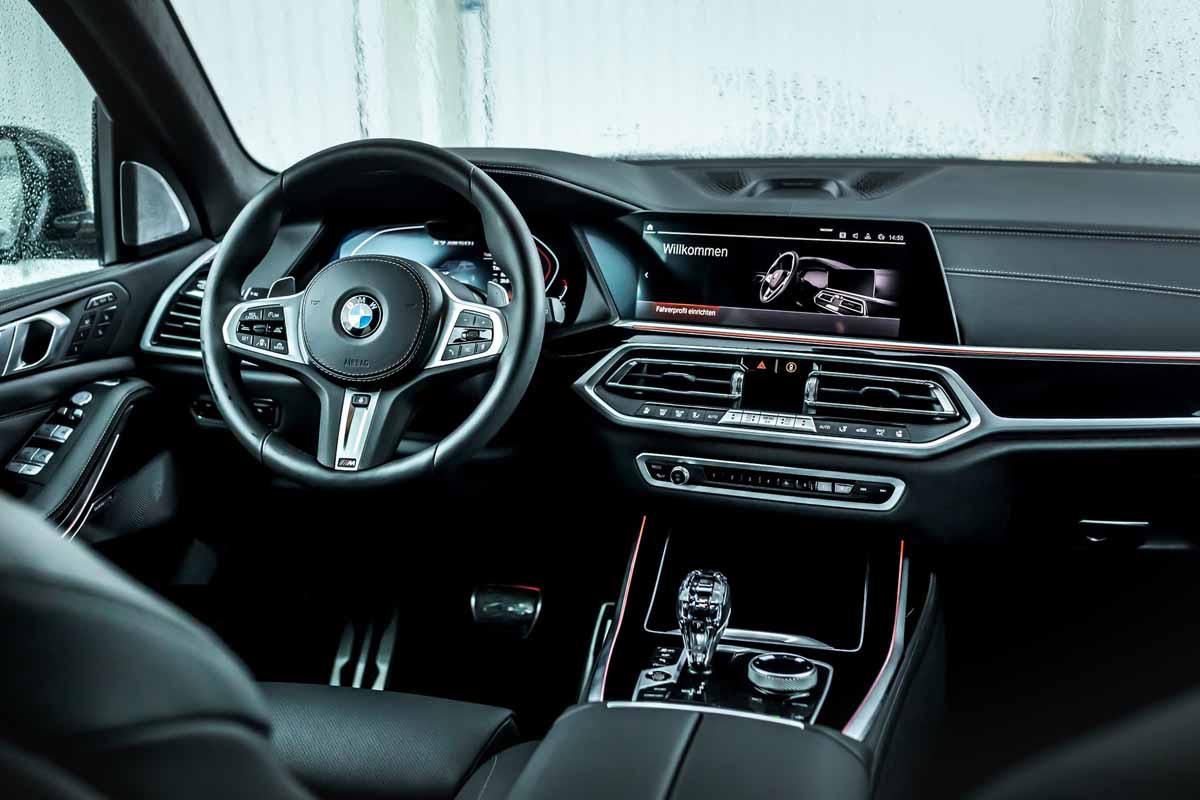