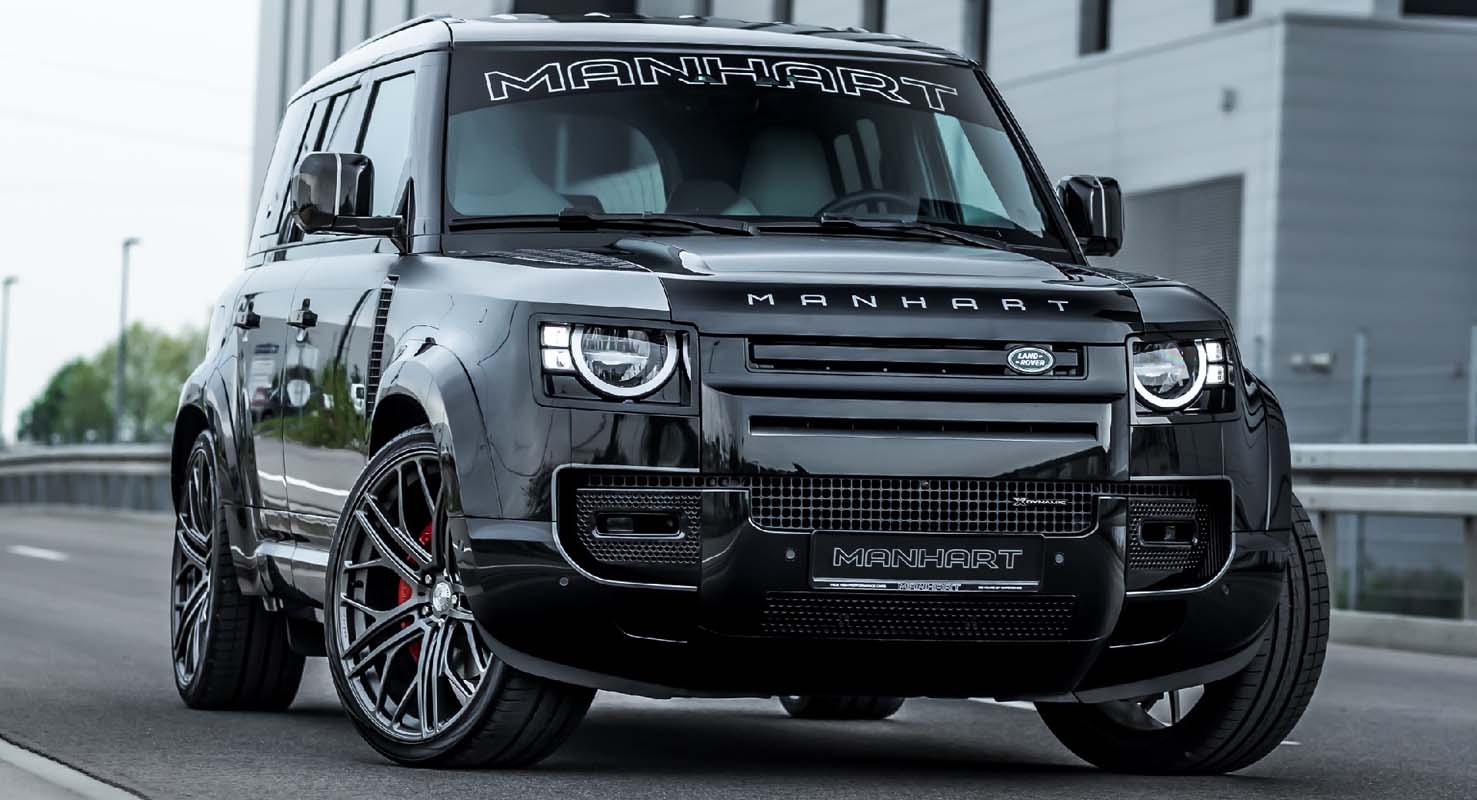 The Land Rover Defender is actually primarily characterized by its robust appearance with outstanding off-road capability. This applies all the more to the original, which was built for many decades, but today’s successor is also convincing in this respect. However, the British four-wheeler is not necessarily associated with outstanding performance and powerful engines. But once you’ve seen the MANHART DP 500, you’ll change your mind.

The car, of which MANHART is presenting the second of only ten planned examples, is based on the current Defender 110 with long wheelbase and five-door body in the P400 AWD variant. Its inline six-cylinder turbo gasoline engine with three liters of displacement benefited from a remapping for the engine control software.

As a result, the output of the unit increased from an already very useful 400 hp and 550 Nm ex-works to a whopping 512 hp and 710 Nm – values that not so long ago were reserved for purebred super sports cars!

In addition, the Land Rover is equipped with MANHART stainless steel exhaust system, the tailpipes of which are optionally – as on the vehicle shown – sheathed in carbon or ceramic-coated. While in this case the customer relies on the stability of the standard brake system, MANHART also offers a brake upgrade on request.

As usual, MANHART not only optimize the performance of the respective base vehicle, but also provides an individual look. Thus, various add-on parts such as the fender flares, the radiator grille and Co. are painted gloss black to match the bodywork.

The trim stripes of the usually more distinctive MANHART decal set are quite restrained here. All the more eye-catching are the new wheel/tire combinations:

The Defender stands on light gray MANHART Forged Line rims, which with their impressive 12×24-inch size clearly focus on the style factor rather than the best possible off-road capability. The tires measure 295/30ZR24.

However, MANHART also offers the right option for drivers who frequently venture off paved roads: the black Concave One wheel in 10.5×22 inches, which can be covered with 295/40ZR22 tires.

An impression of what this combination looks like is offered by the spare wheel bolted to the rear. To round off the sporty, dynamic upgrade for the Land Rover Defender, MANHART offers lowering by 30 millimeters – achieved either by adjusting the standard air suspension software or by means of new coupling rods.

Last but not least, the British four-wheeler even received an interior individually refined with leather and Alcantara, whereby the choice here fell on a high-contrast, two-tone color concept in black and silver gray. 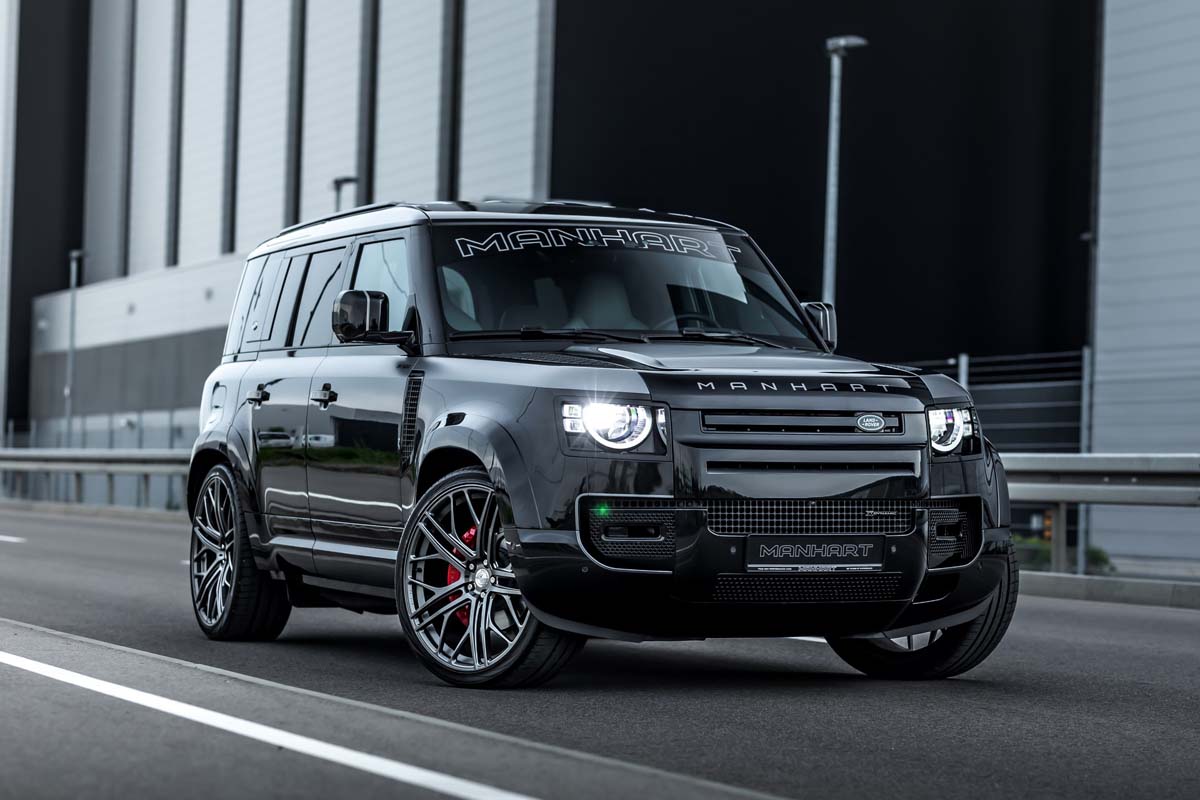 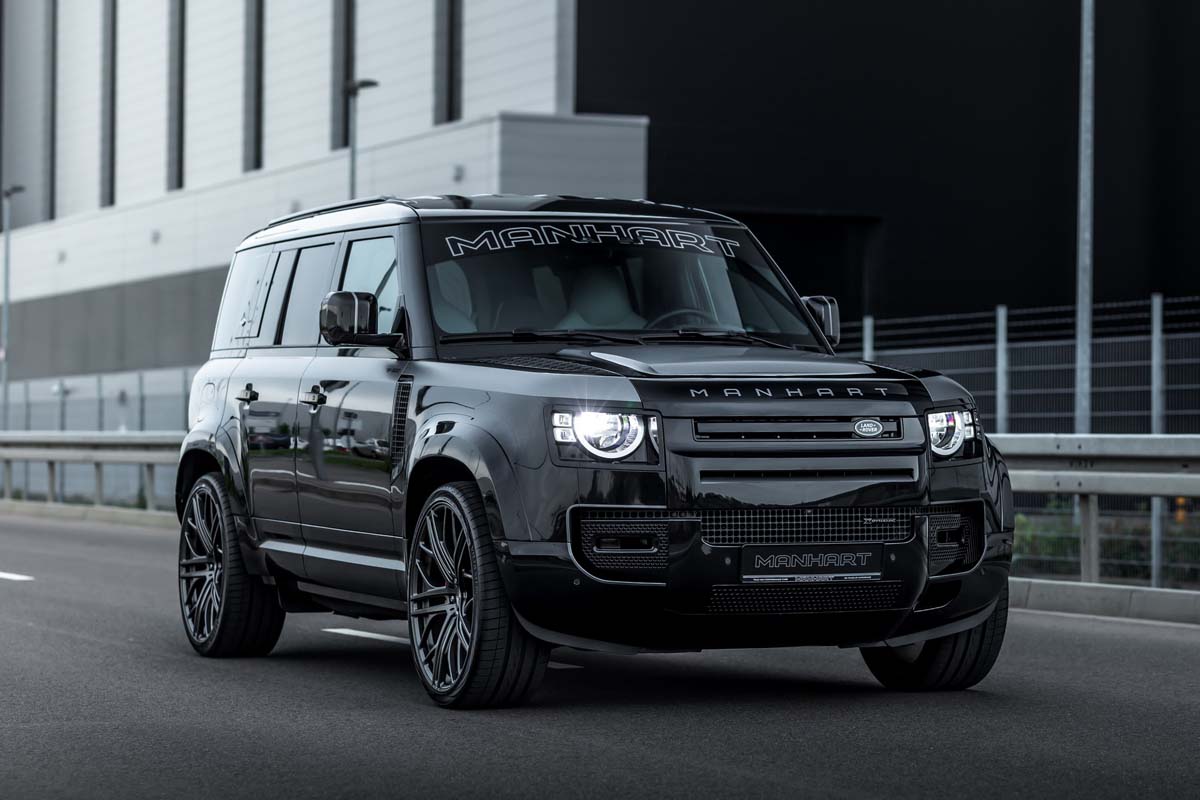 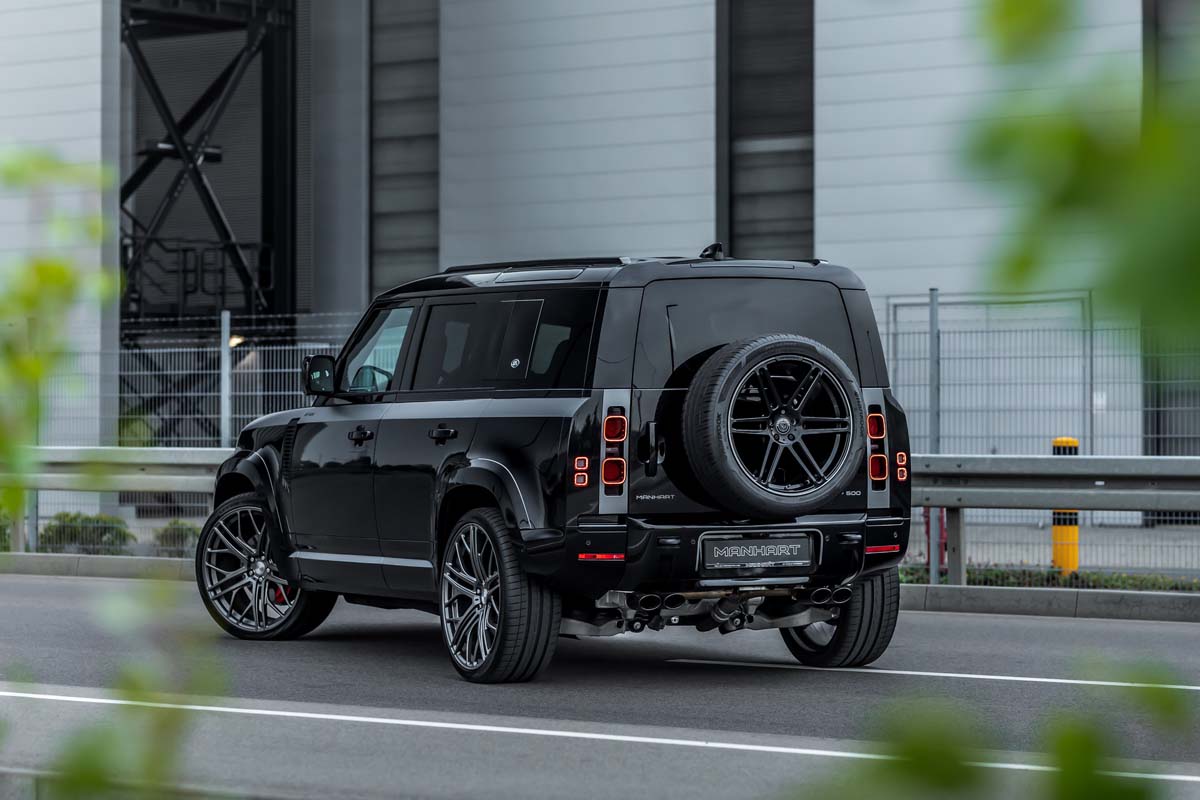 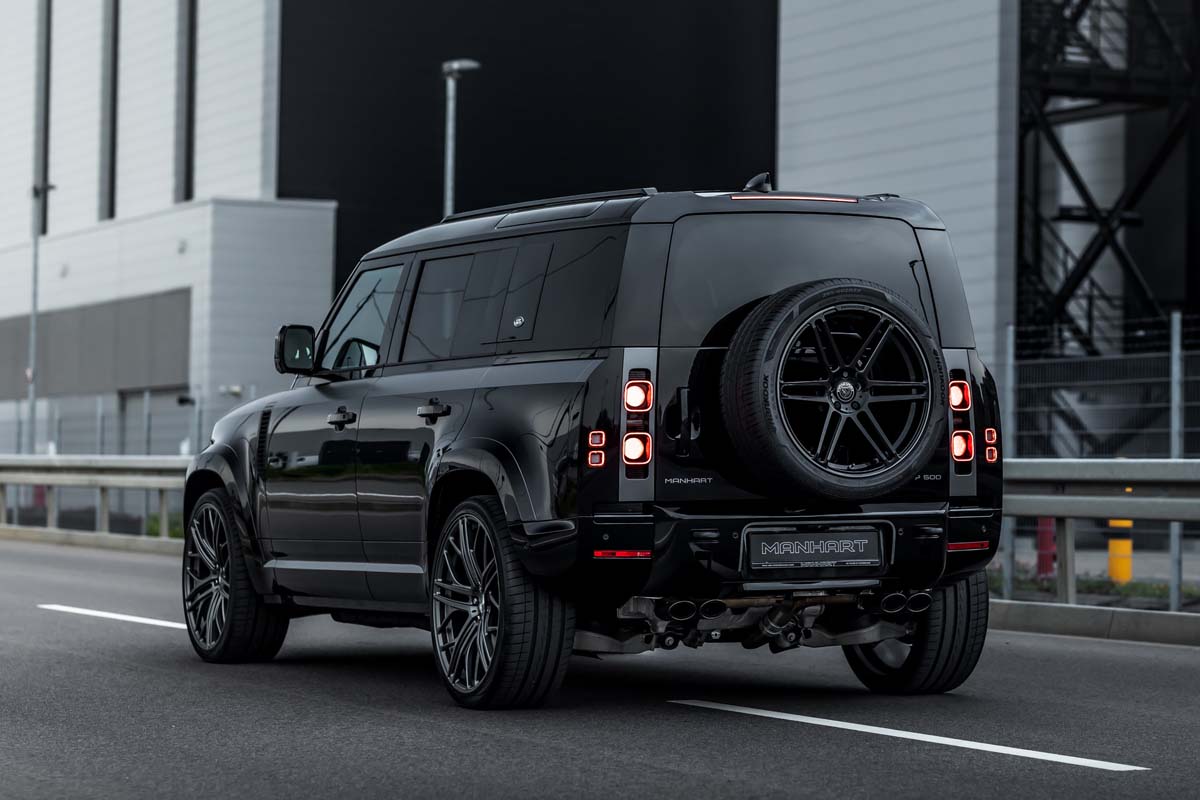 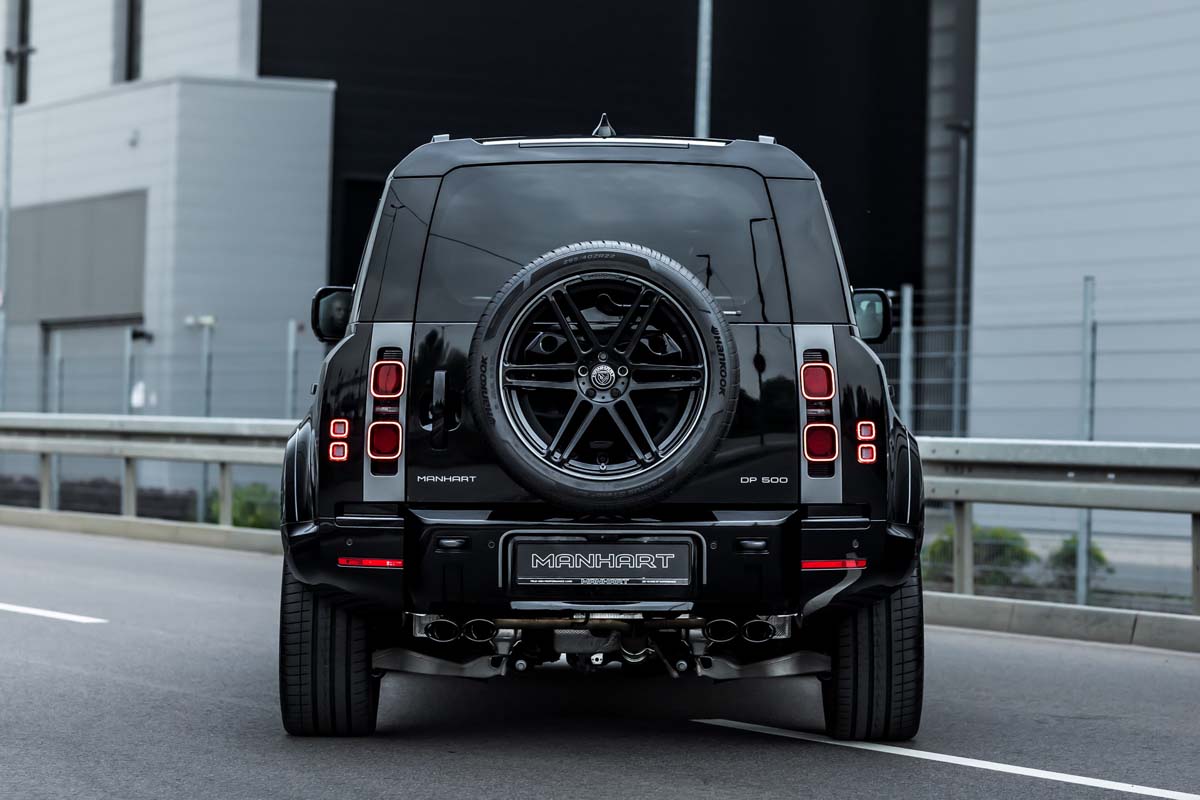 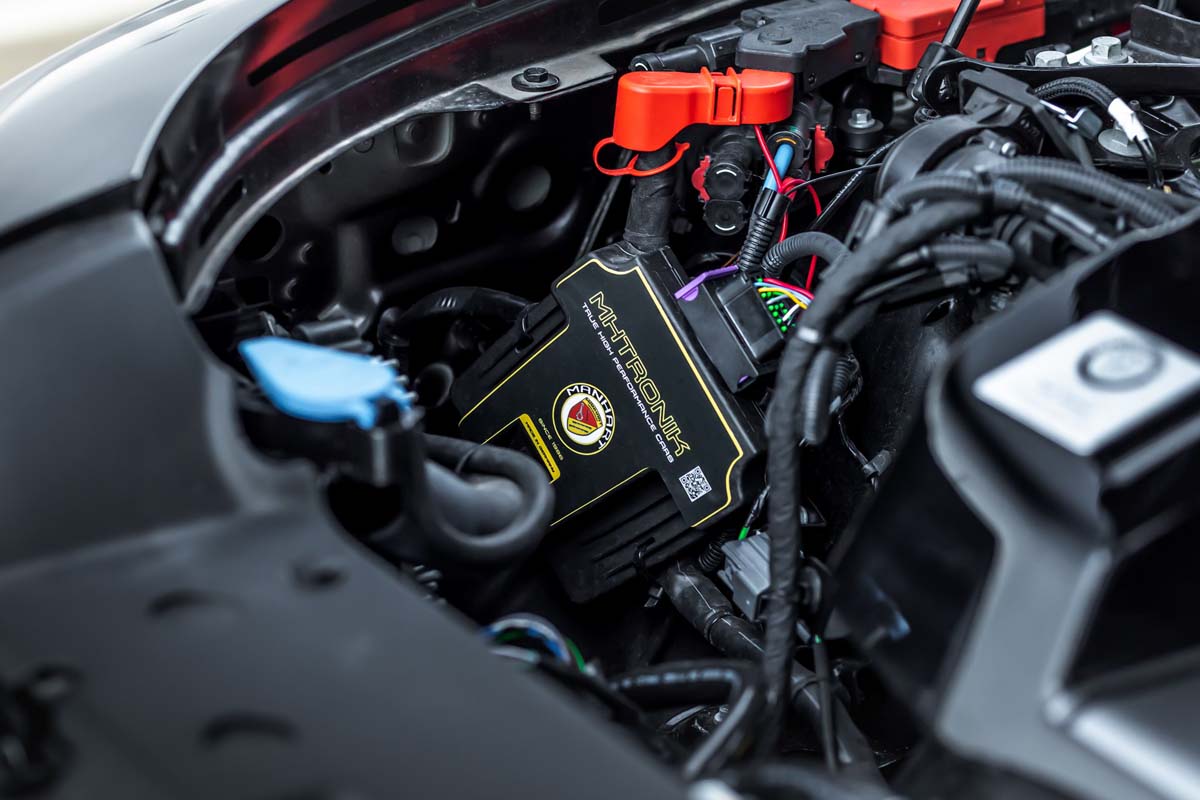 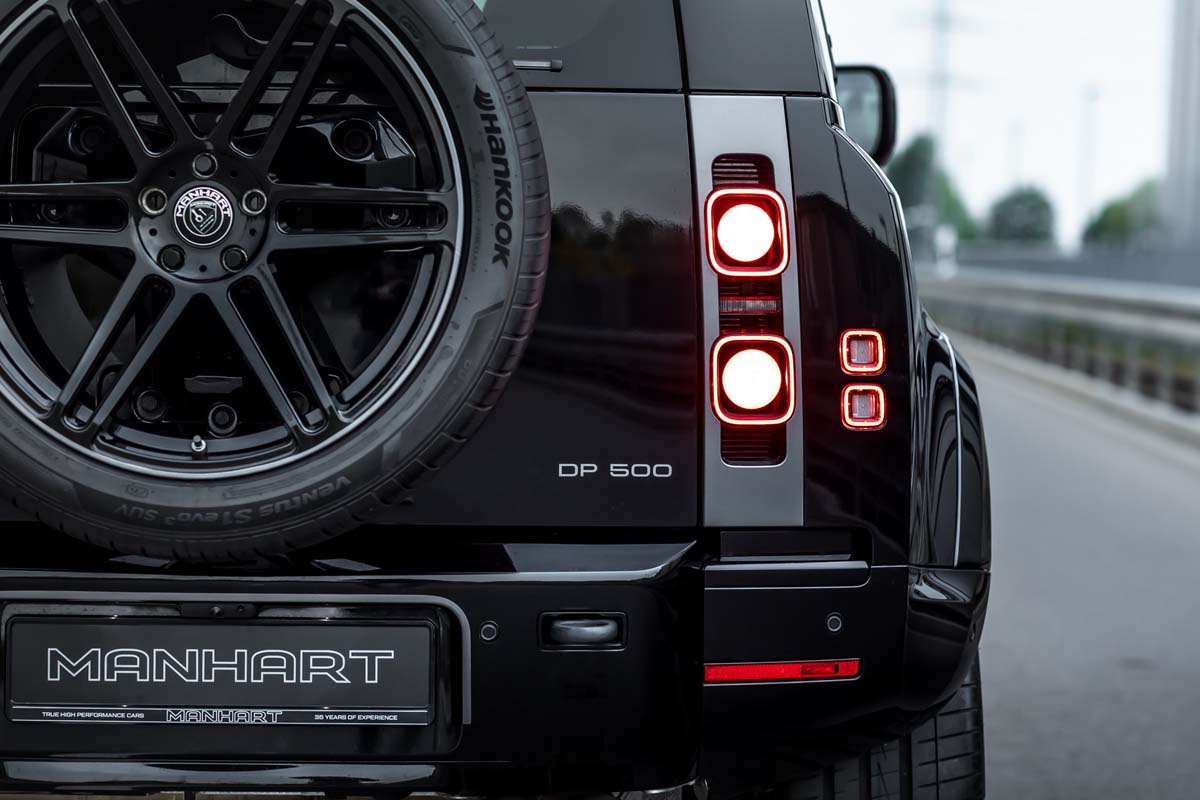 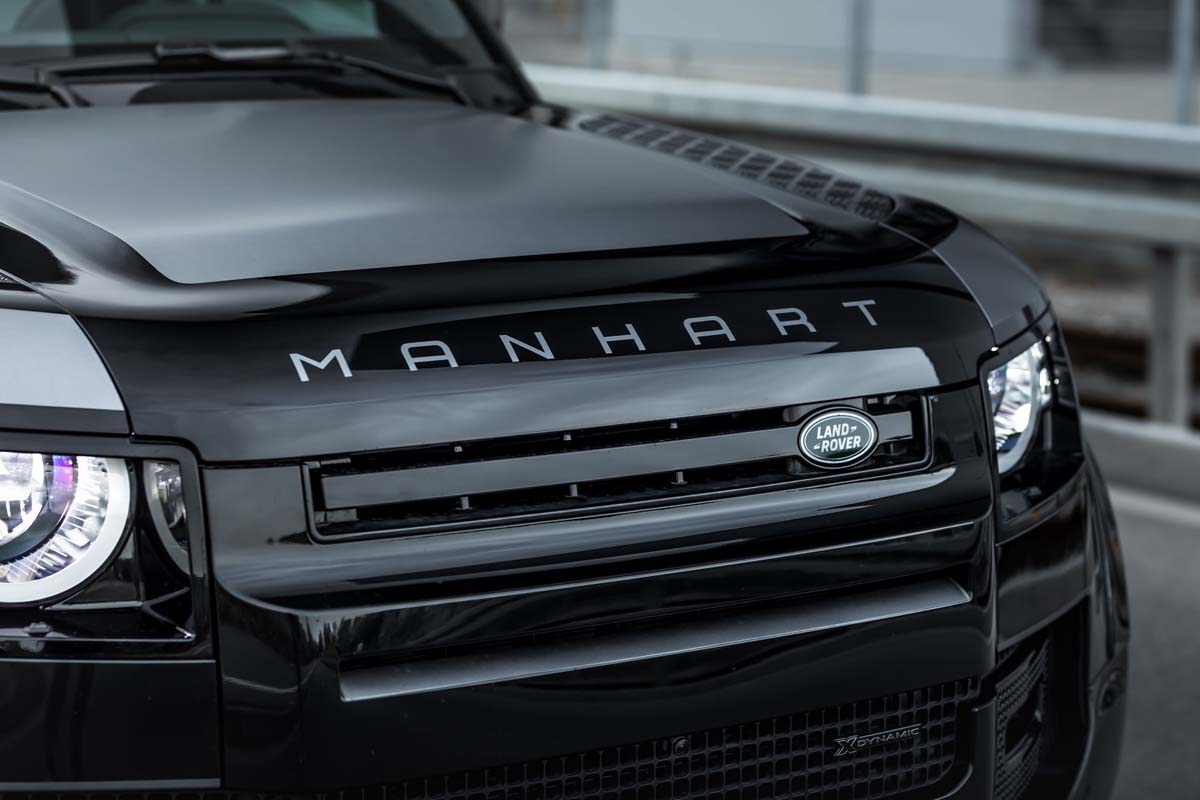 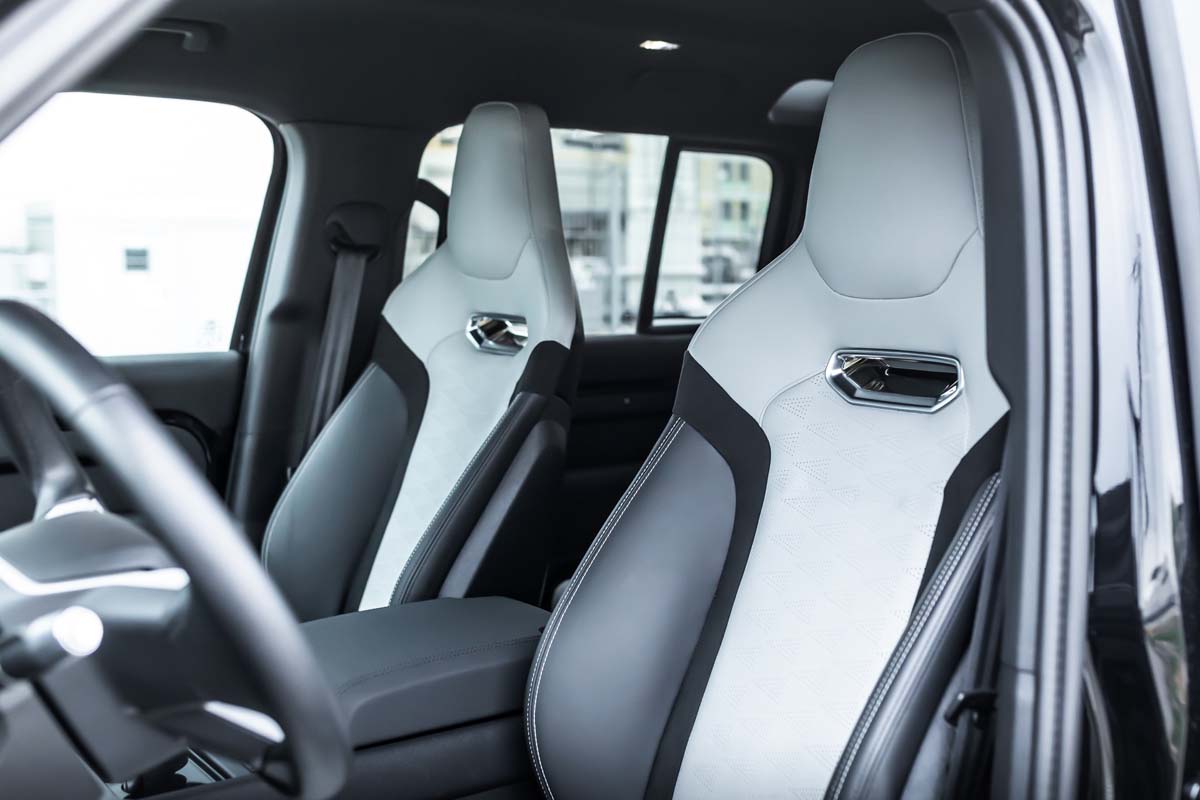 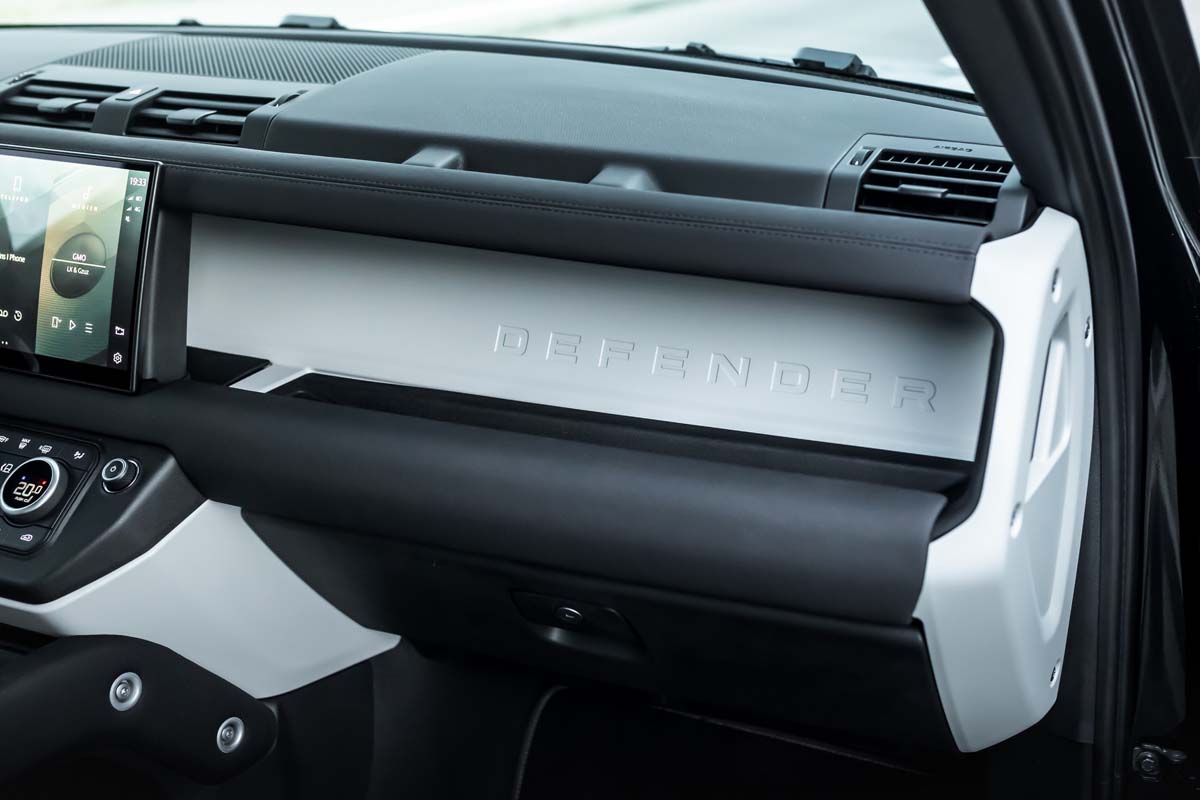 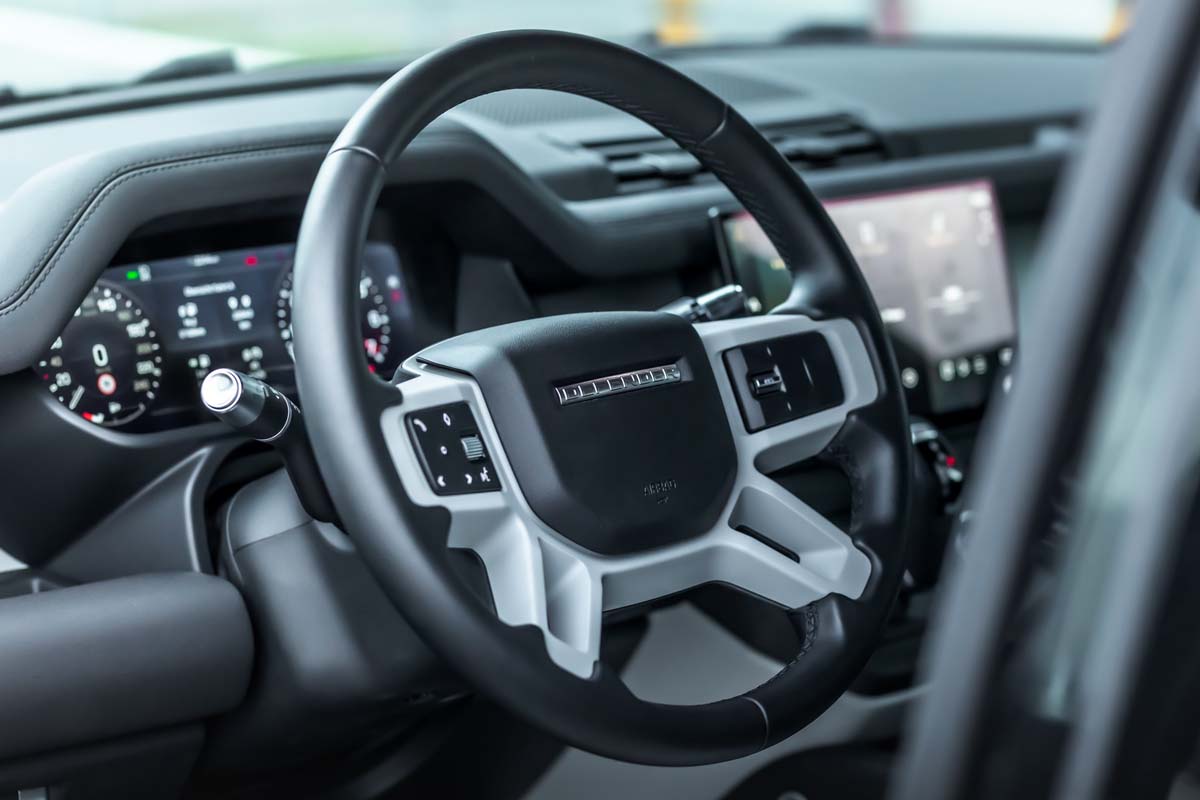 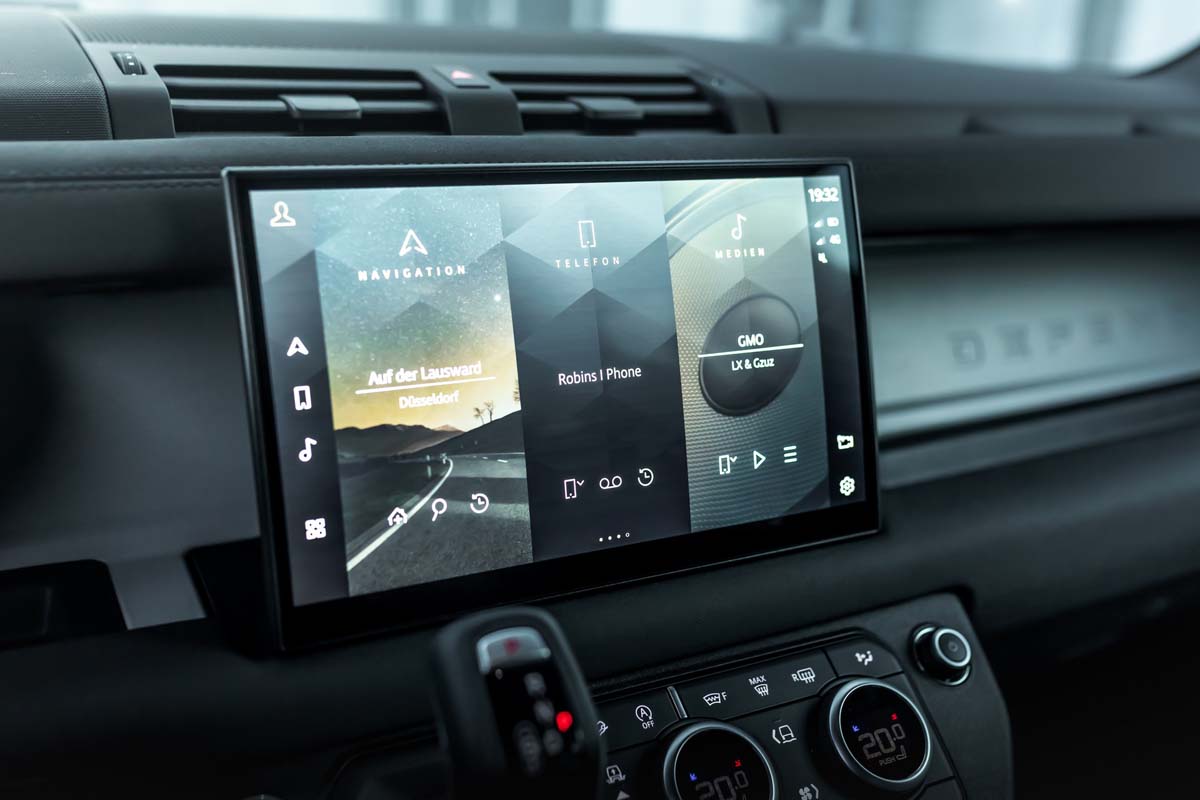 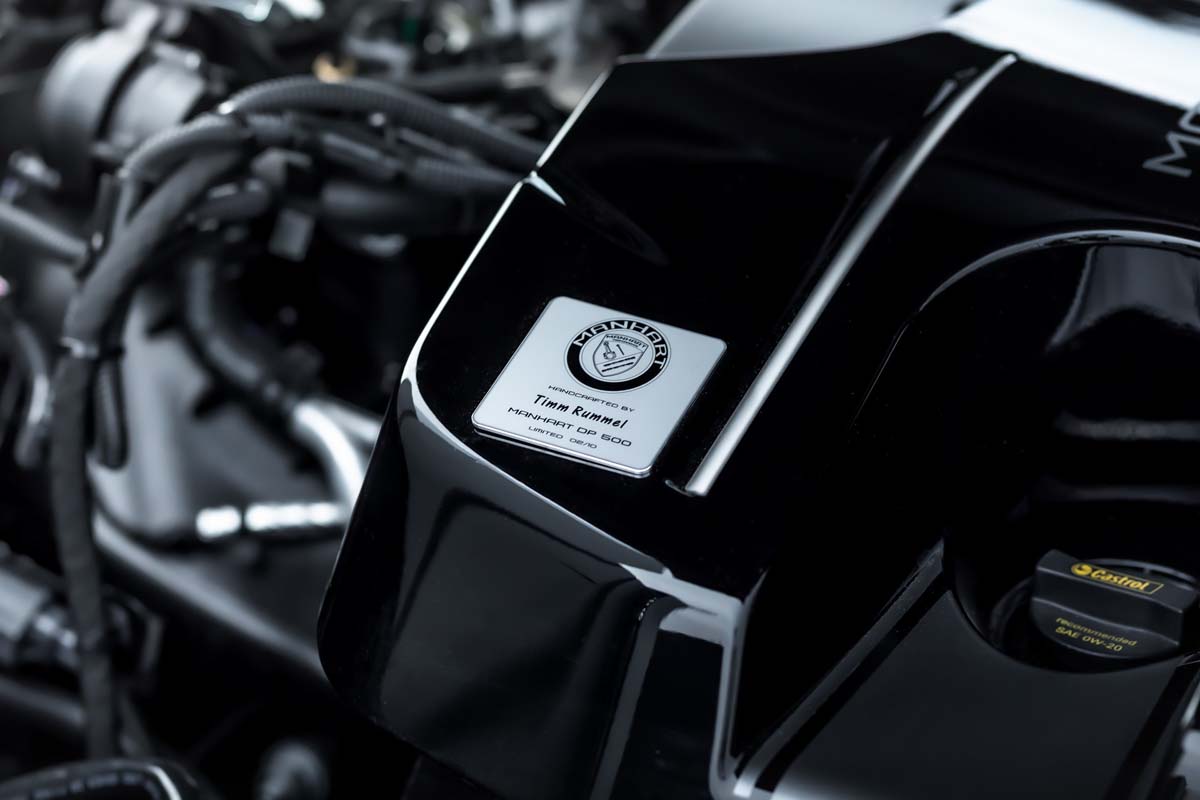 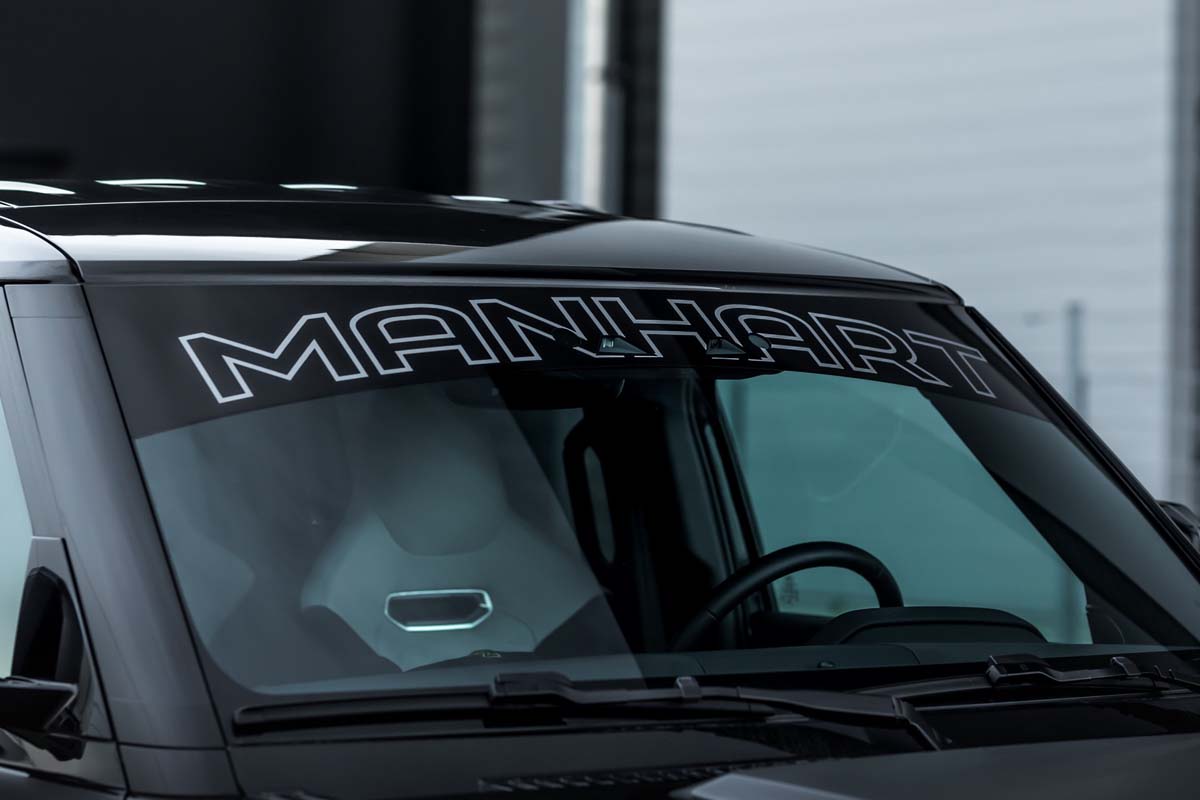 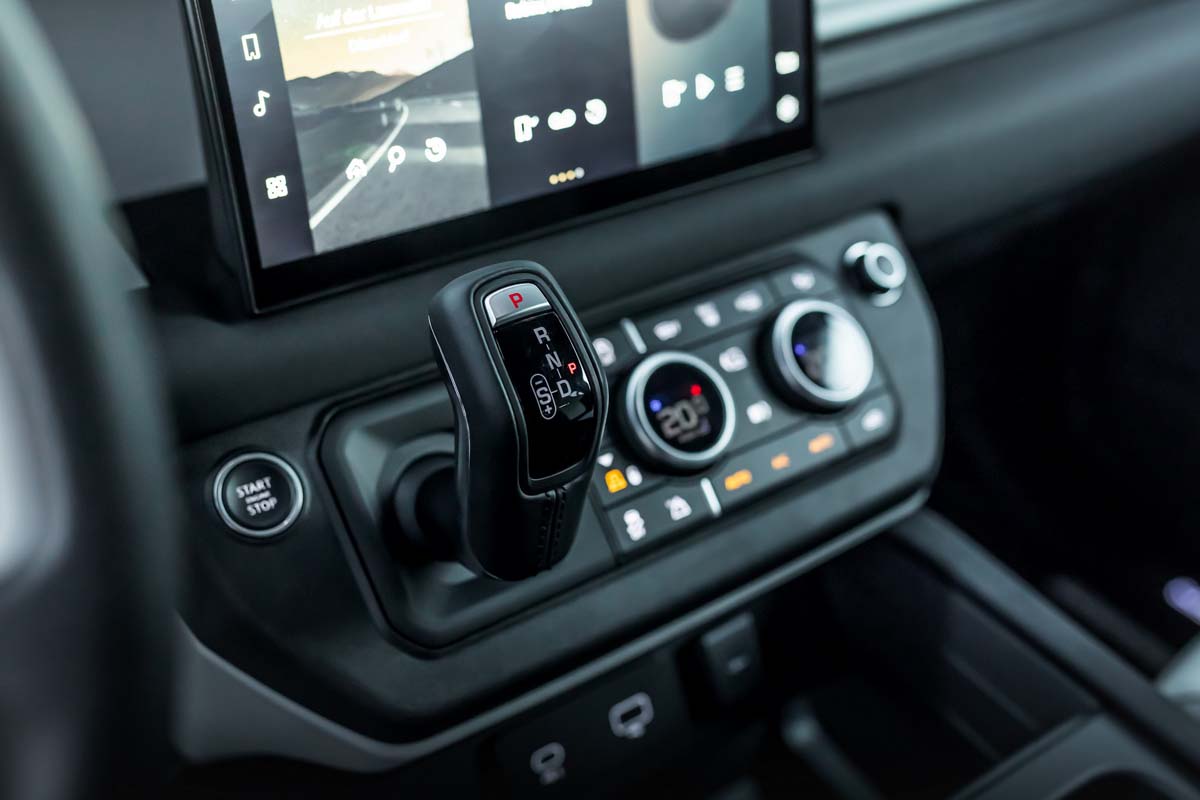 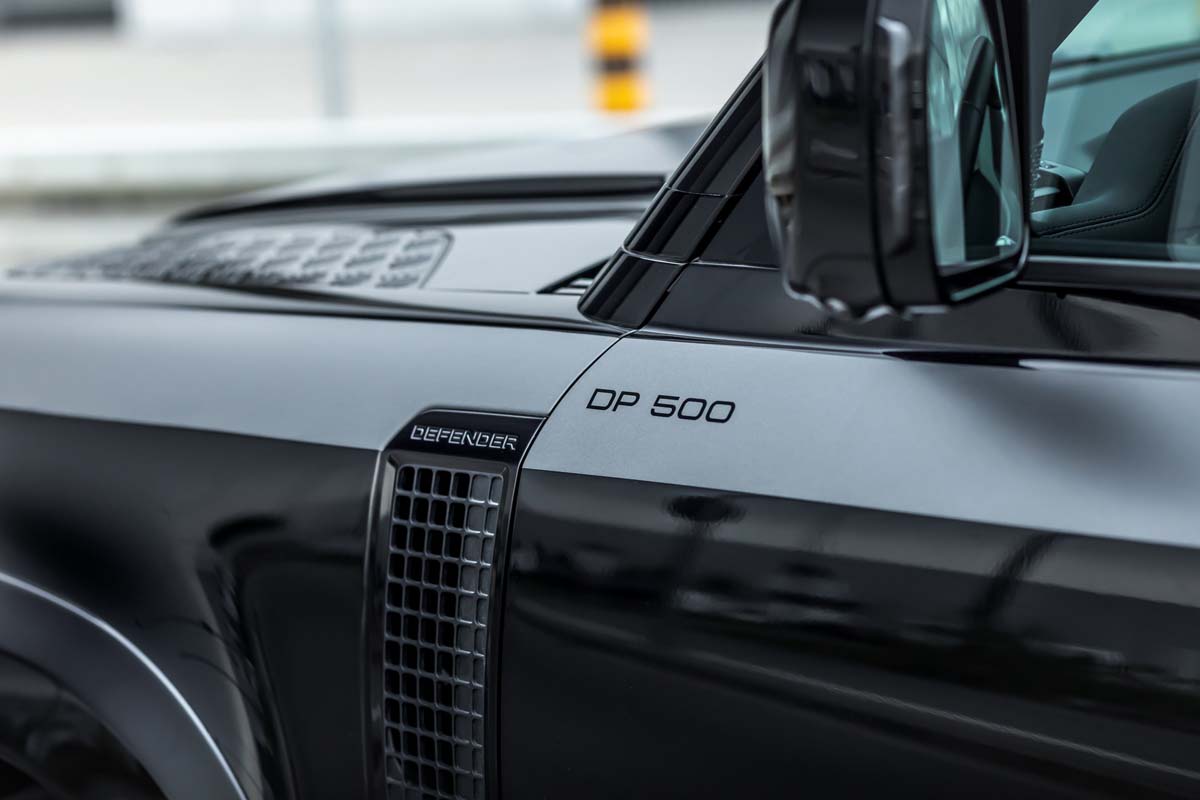 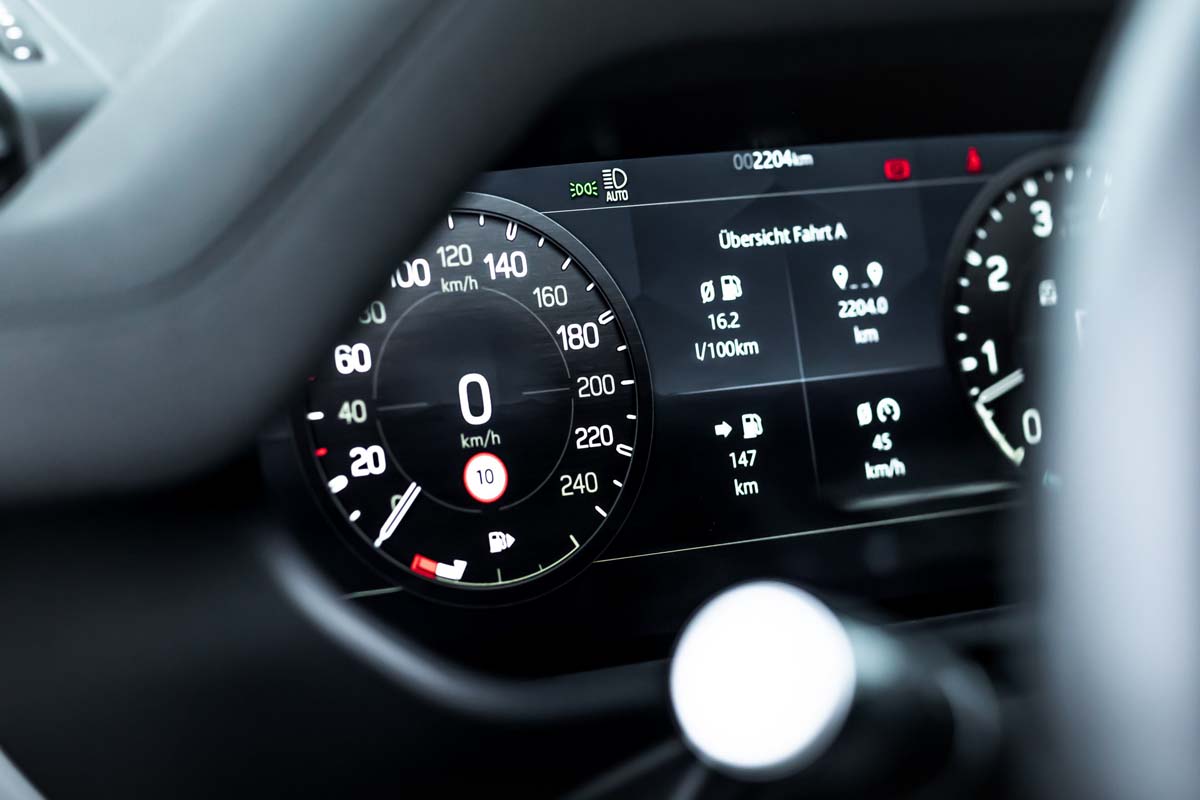 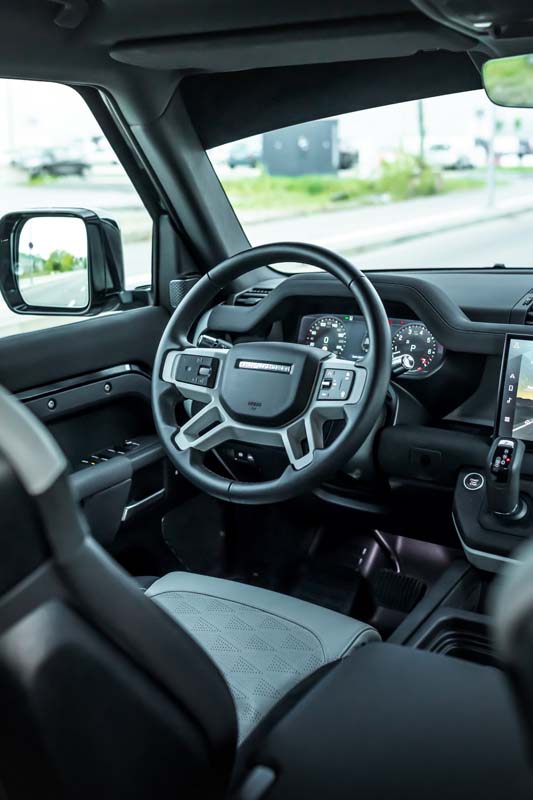 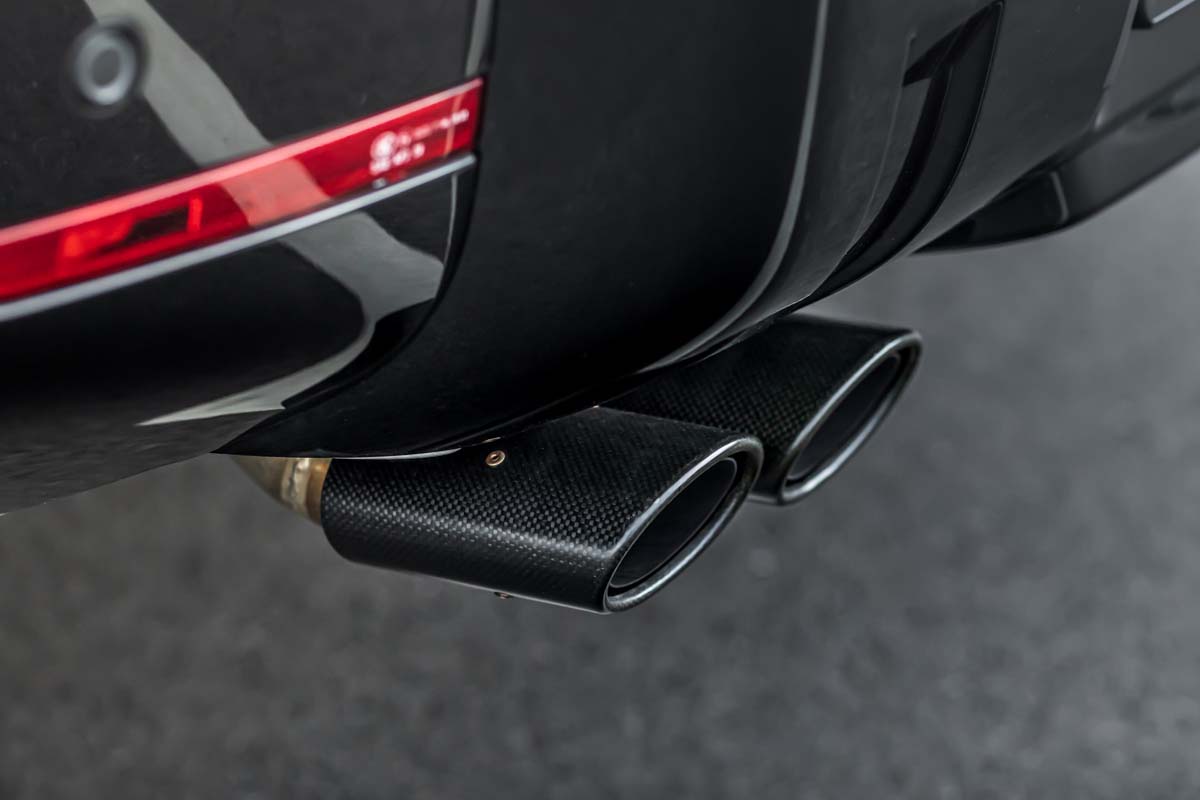 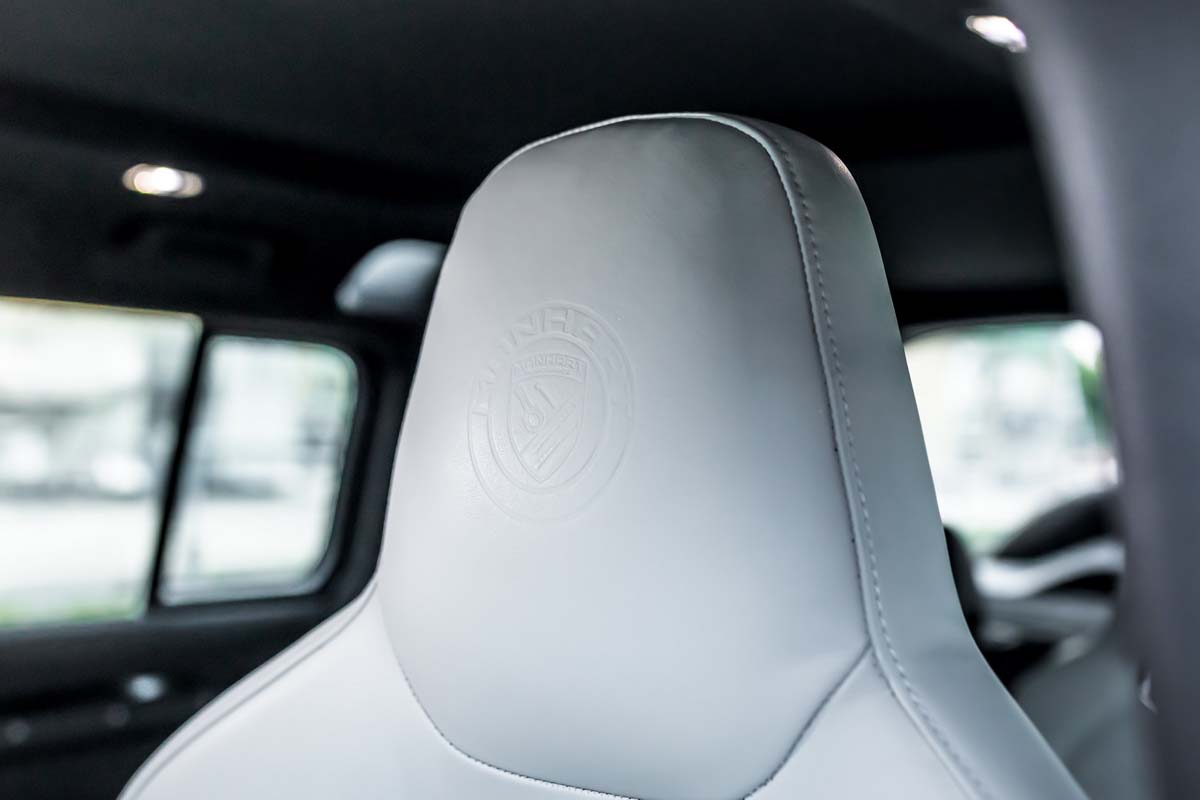 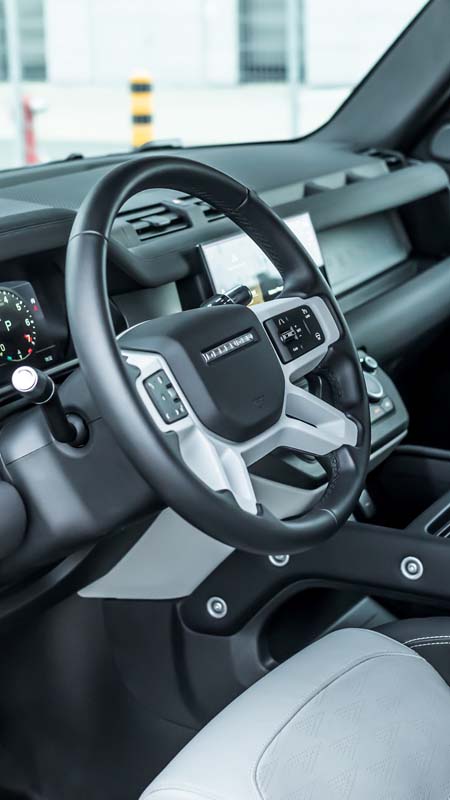 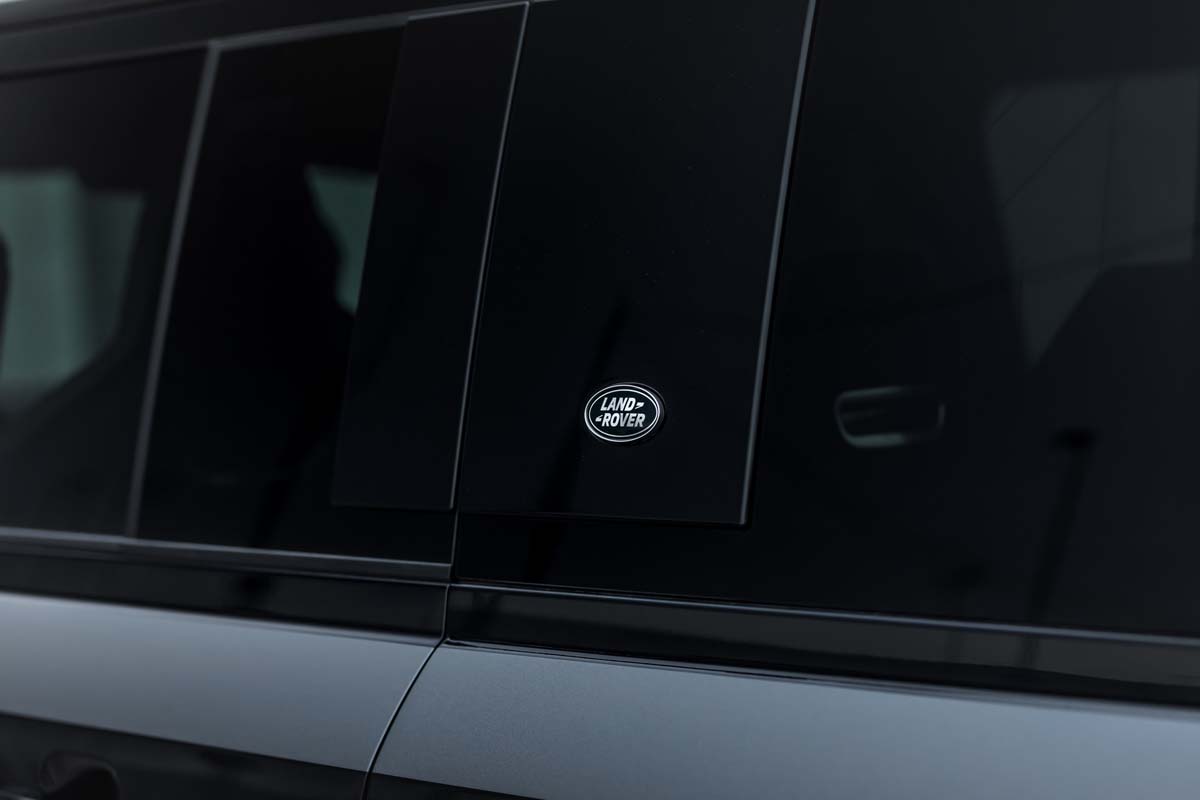 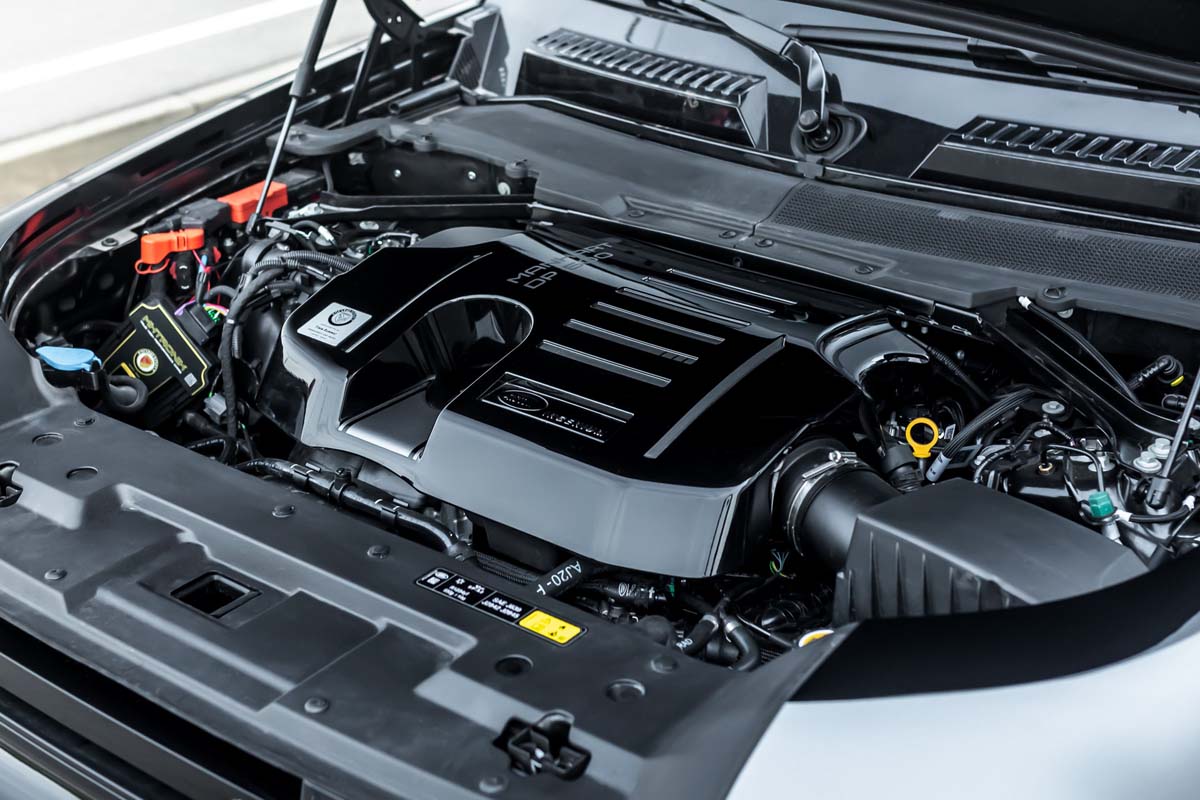 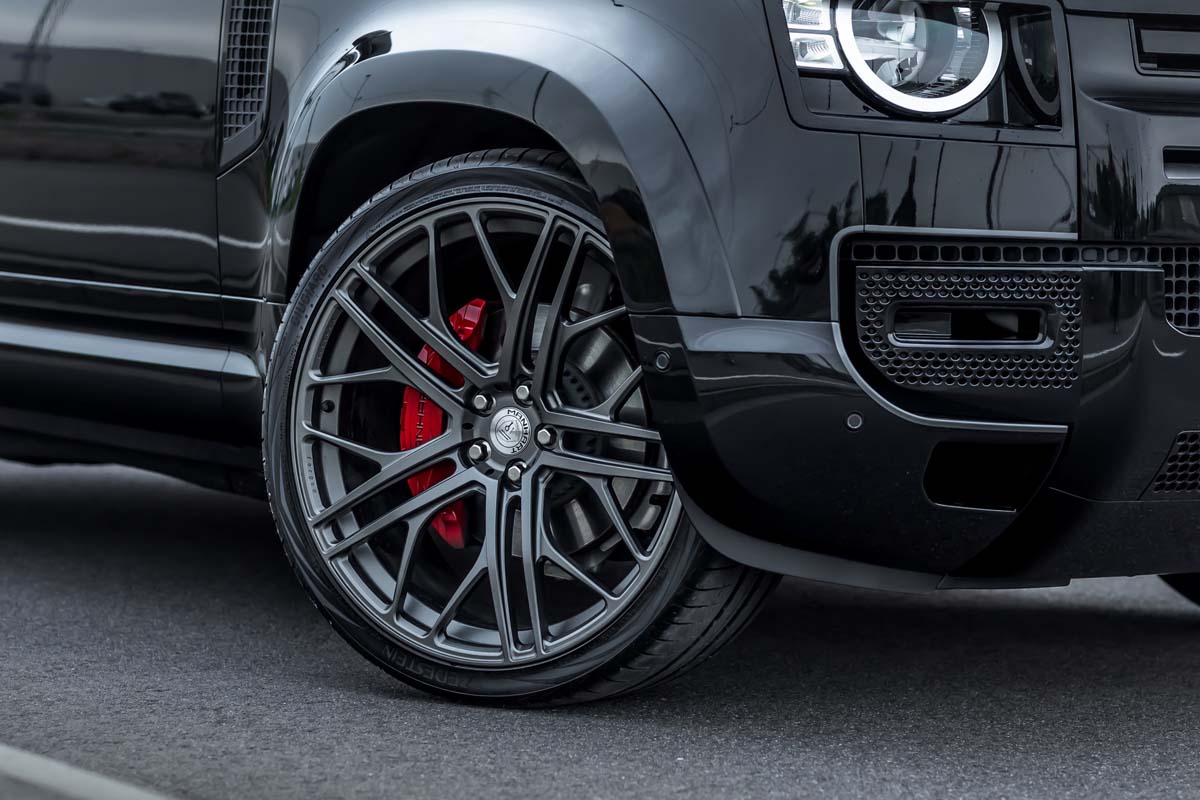 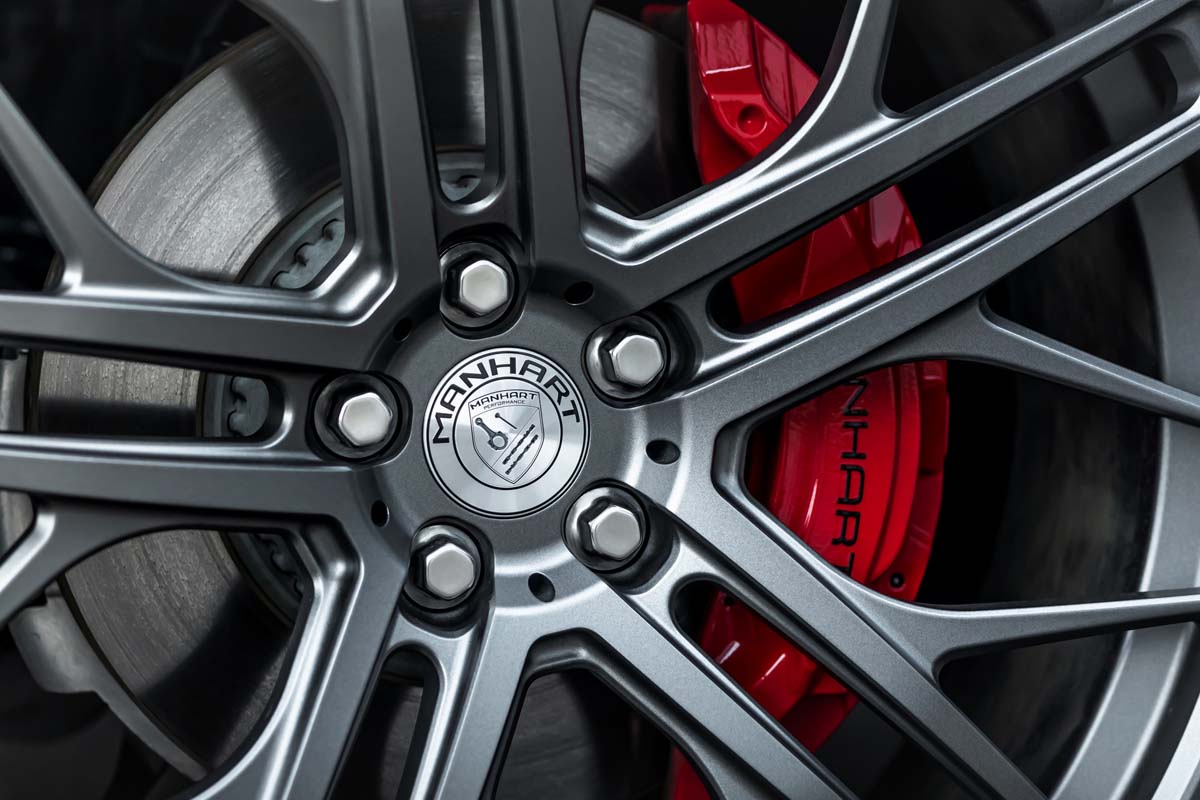 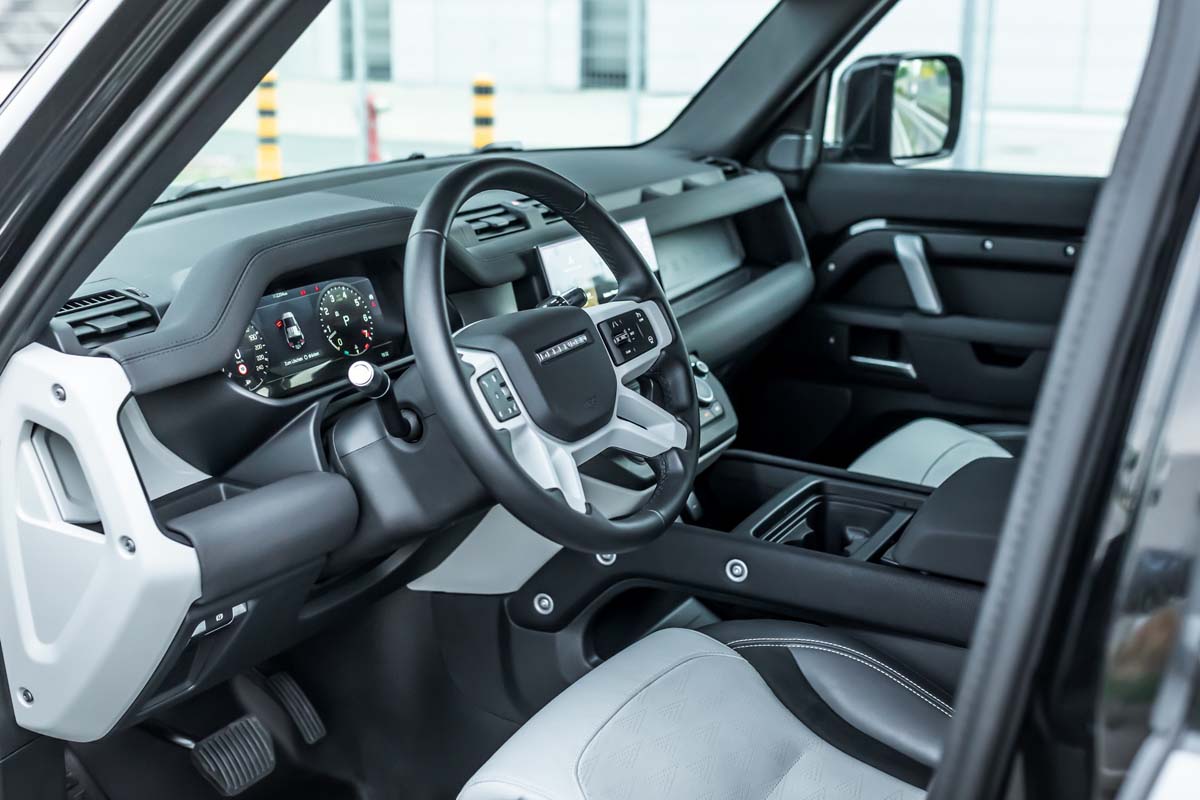