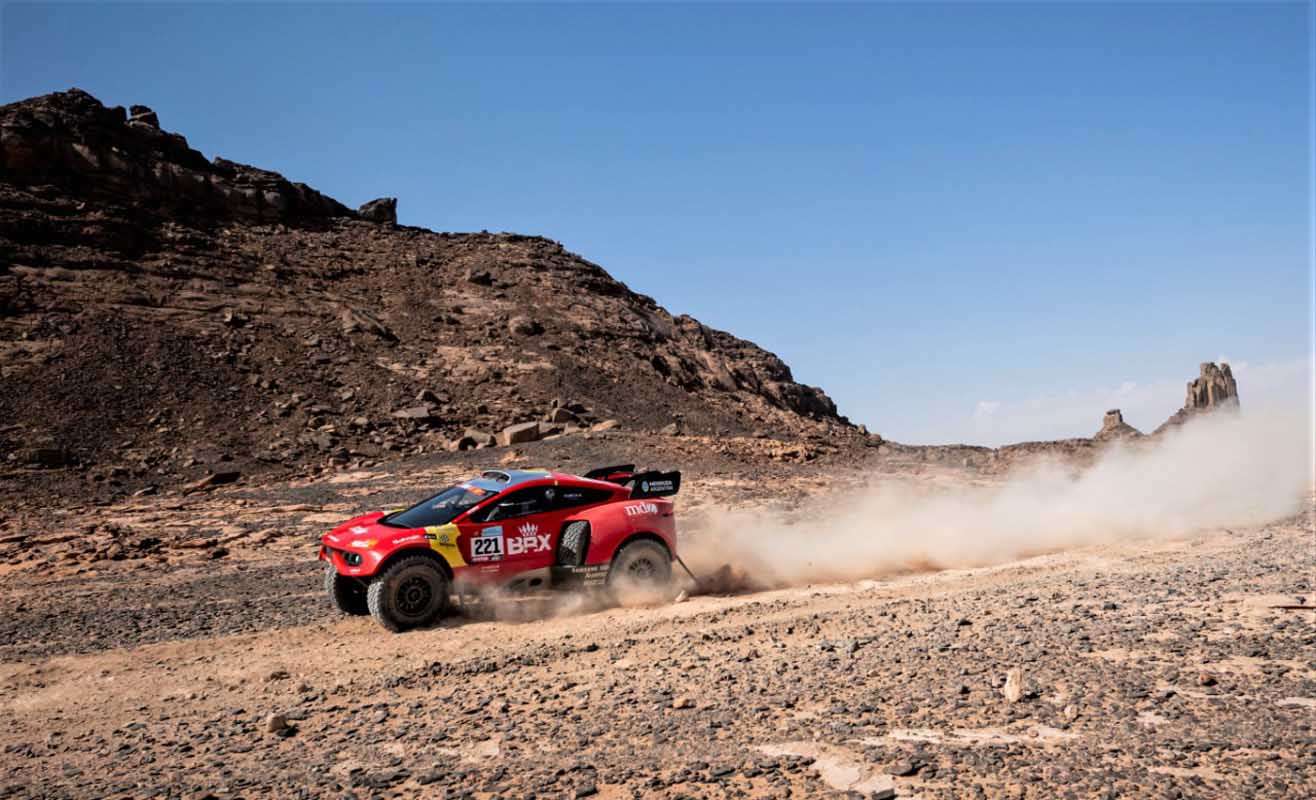 Sebastien Loeb remains the biggest threat to Nasser Al Attiyah as the Dakar Rally heads towards its climax after another rewarding day for Bahrain Raid Xtreme in Saudi Arabia.

The nine-times World Rally Champion and co-driver Fabian Lurquin in a Prodrive Hunter were fifth fastest on the day to consolidate their second place overall, 39 mins 5 secs behind Al Attiyah who clocked the third best time behind stage winner Giniel De Villiers.

While a considerable gap remains between the leader and his closest rival, the hazardous nature of the route ahead over the last three days means the battle for victory in the world’s toughest rally is far from over.

Loeb’s BRX team-mates Orlando Terrranova and Dani Oliveras in another of the Prodrive Hunters were just over a minute outside the top ten on the 287-km ninth stage, but more significantly moved up the rankings once more to fourth place overall.

Two-dimes Dakar winner Nani Roma partnered by Alex Haro in the third BRX Hunter again underlined his recovery from first week setbacks to secure another top ten stage finish on the stage around the overnight halt at Wadi Ad-Dawasir.

The Spanish duo fought through huge amounts of dust left in their track by other cars that they soon passed before a very tricky rocky section.

Loeb completed the stage to say: “That was a good stage as we pushed hard right from the start, even if we had one little puncture as maybe I was aggressive in the stones because I’m pushing for time. So we had to change the wheel, but that was the only thing today.

“I will continue to push hard, concentrate on doing good stages and we will see where we are come Jeddah, but we have quite some time to make up at the moment.”

Terranova said: “It’s brilliant to take another place overall because the strength of the car is really showing in this second week. I do need to change my mindset to push harder with the tyres through the corners, as they are so much stronger than the smaller ones we drove with last year,

“We had a slow puncture in a difficult navigational section but there are still three days so we will push and keep the car in good condition.”

As action on the stage concluded, the BRX team quickly set about work to prepare the three Prodrive Hunters for the remaining 885-kms over three stages before Friday’s finish in Jeddah.