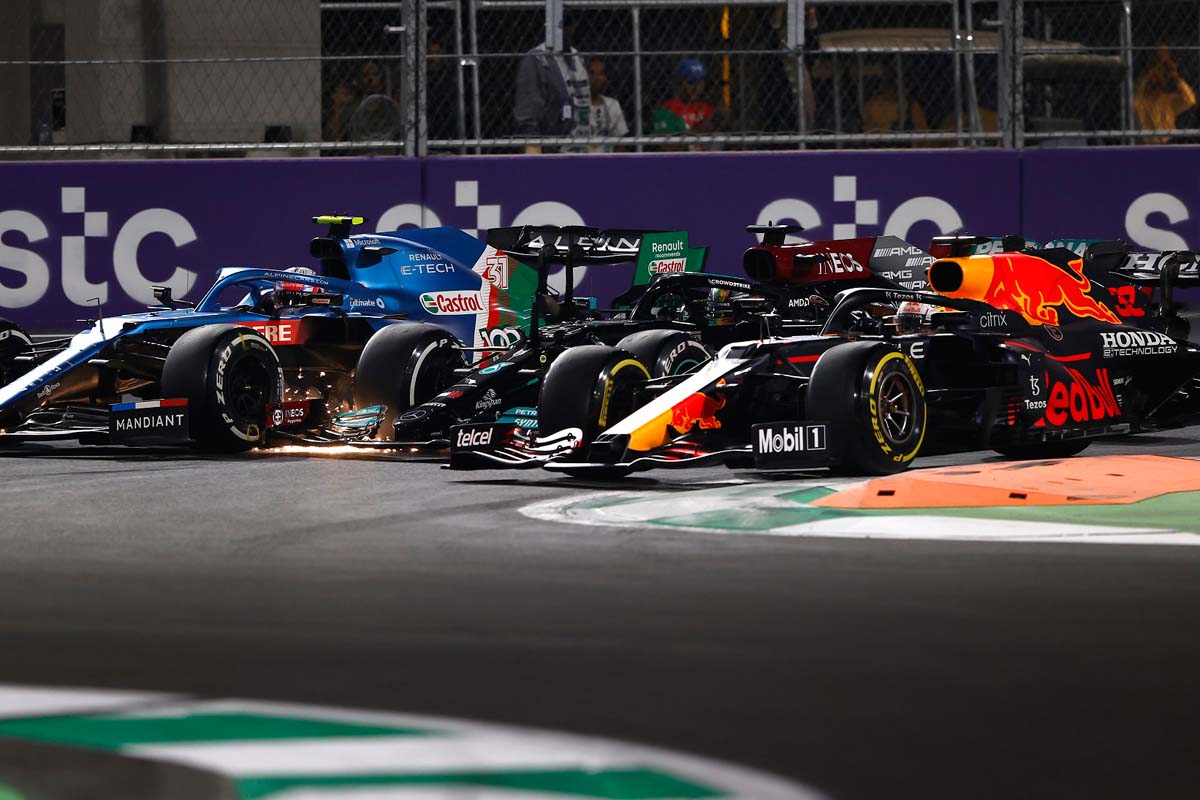 Fireworks lit up the Jeddah Corniche Circuit to celebrate Lewis Hamilton’s 103rd Grand Prix victory, but it was the fireworks on the track that stole the show. The first-ever FORMULA 1 STC SAUDI ARABIAN GRAND PRIX 2021 will be remembered as one of the most dramatic debut races in the history of the sport as Hamilton and his title-rival Max Verstappen traded blows on the racetrack.

Verstappen’s Red Bull finished second to his arch-rival following 50 dramatic laps around the floodlit Jeddah Corniche Circuit which puts the pair level on points – 369.5 each – as they head towards the final round of the championship in a week’s time.

The FORMULA 1 STC SAUDI ARABIAN GRAND PRIX 2021 was full of incident and featured two red flag stoppages due to sizeable on-track crashes and four Virtual Safety Cars to enable marshals to clear debris off the circuit.

Two and a quarter hours after the race started, Hamilton celebrated on the podium with his Mercedes team-mate Valtteri Bottas who managed to out-drag the Alpine of Esteban Ocon for third place in a sensational photo finish across the line.

At the original start Hamilton led away from pole position, followed by Bottas and Verstappen. The two Mercedes looked comfortable out front, but the race suddenly took a dramatic turn on lap ten when the Safety Car was deployed to slow the field. Mick Schumacher had lost control of his Haas at Turn 22 and spun backwards at high speed into the barriers.

Both Hamilton and Bottas pitted for fresh tyres, but crucially Verstappen did not. However, Race Control decided to suspend the race as the barriers Schumacher hit needed extensive repairs. After a delay, the race resumed at 9.15pm local time with a second standing start. Verstappen was allowed to change his tyres during the stoppage and lined up on pole ahead of the two Mercedes.

At the restart Hamilton made the better getaway and passed his championship rival going into Turn 1. However, Verstappen was not going to yield the position easily and bounced over the kerb to retake the lead. As he re-joined the track, he slowed Hamilton which allowed the Alpine of Ocon to snatch third.

Behind them was chaos as the Red Bull of Sergio Perez was spun around by Charles Leclerc’s Ferrari which blocked the circuit. Further back Nikita Mazepin’s Haas crashed into the Williams of George Russell and the red flag appeared again to stop the race.

As a result of Verstappen passing Hamilton off the track it was decided he would line up for the second restart on the grid behind the Mercedes, while Ocon was promoted into pole position.

The race got underway again at 9.40pm and this time Verstappen seized his chance and dived to the inside of Turn 1 to wrestle back the lead. Hamilton was careful to avoid losing his front wing after contact with Ocon and dropped to third. A lap later, the British driver had managed to pass the Alpine and it then became a straight fight between the two title rivals for the win.

The Aston Martin of Sebastian Vettel was in trouble further back, first making contact with the AlphaTauri of Yuki Tsunoda at Turn 2 and then clashing with Kimi Raikkonen’s Alfa Romeo a few laps later. The race was neutralised with four Virtual Safety Cars to allow the marshals to clear the track of debris.

Up front Hamilton was closing on Verstappen and on lap 37 he got ahead of the Red Bull around the outside of Turn 1. Yet the Dutchman would not yield the corner and both cars ran wide through the run-off. Red Bull then instructed their driver to give the place back to Hamilton, so he slowed on the back straight towards the final corner.

Hamilton was unaware of Verstappen’s intentions and subsequently drove into the back of his rival, damaging his front wing in the process. Thankfully the contact happened at a slow speed and both drivers were able to continue, but the incident was investigated by the FIA stewards after the race.

Two laps later Verstappen did yield P1, only to retake the position into the same corner… but the race was effectively over when Verstappen was given a five-second time penalty for his Turn 1 indiscretion. Hamilton finally overtook his rival into Turn 27 seven laps from the finish.

There’s no doubt Hamilton’s 103rd victory in Formula 1 was one of his toughest and most dramatic in this epic world championship battle.

After he stepped out of his Mercedes, Hamilton was full of praise for the inaugural FORMULA 1 stc SAUDI ARABIAN GRAND PRIX 2021: “I’ve been racing for a long time, but that felt incredibly tough to keep the car on track and stay out of trouble. Overall, this has been an amazing event. I’ve felt very welcome here and this track is phenomenal to drive.” 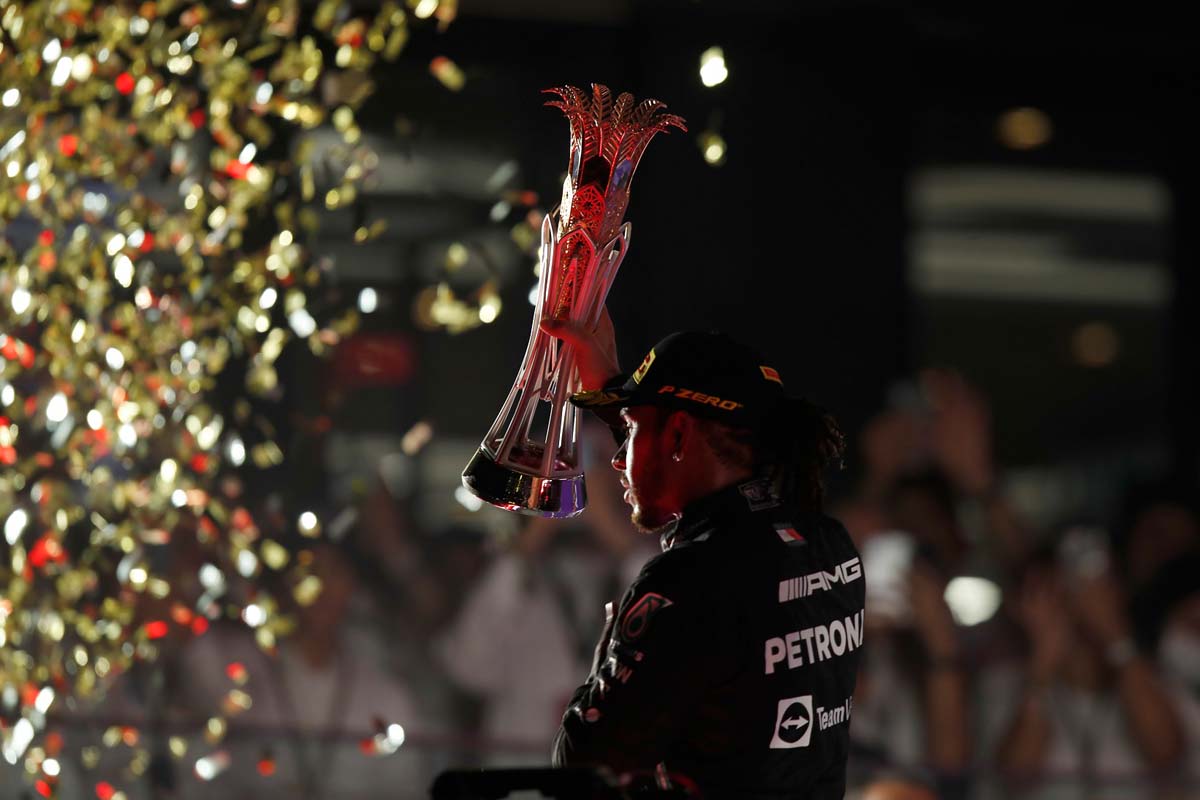 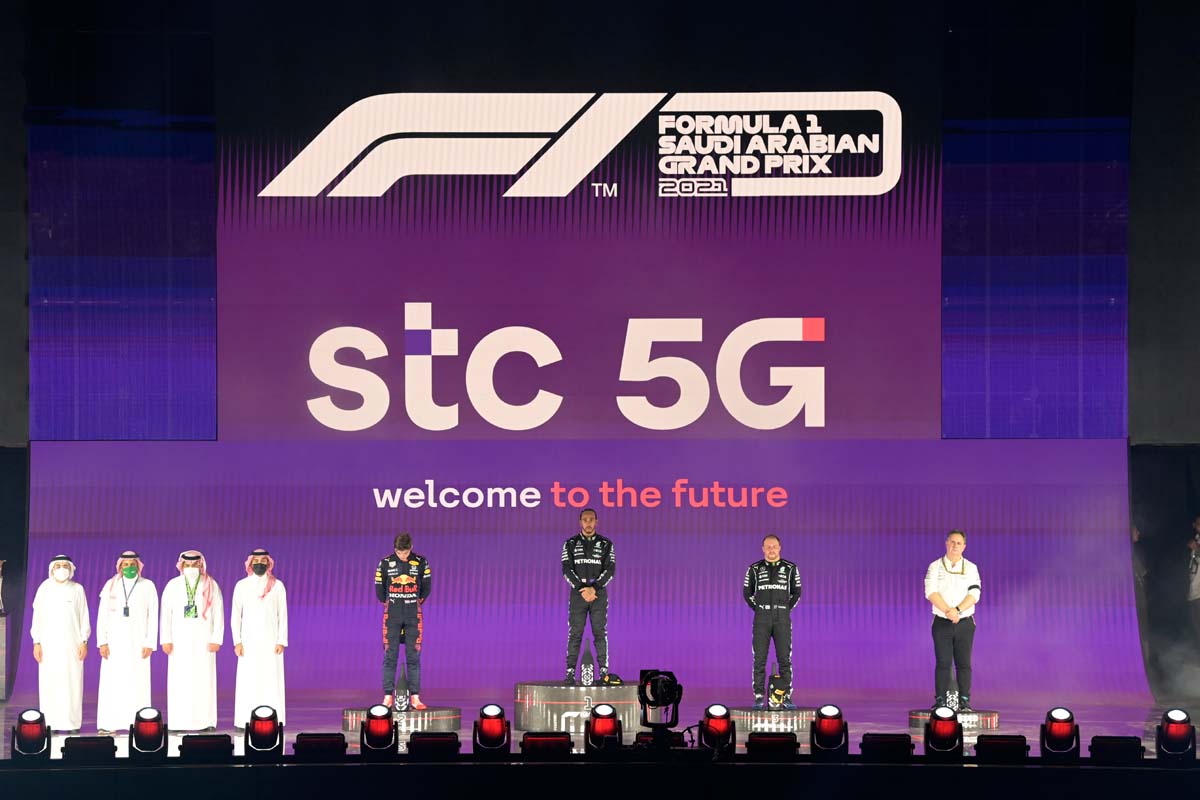 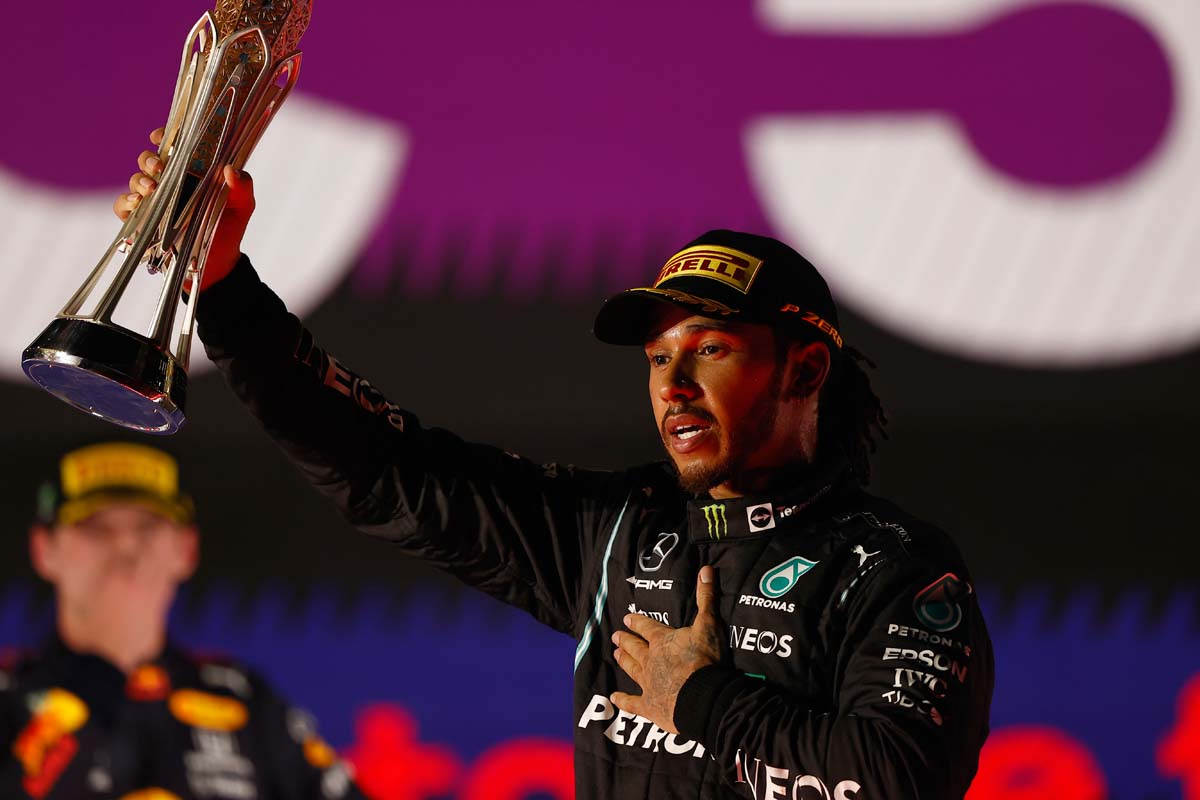 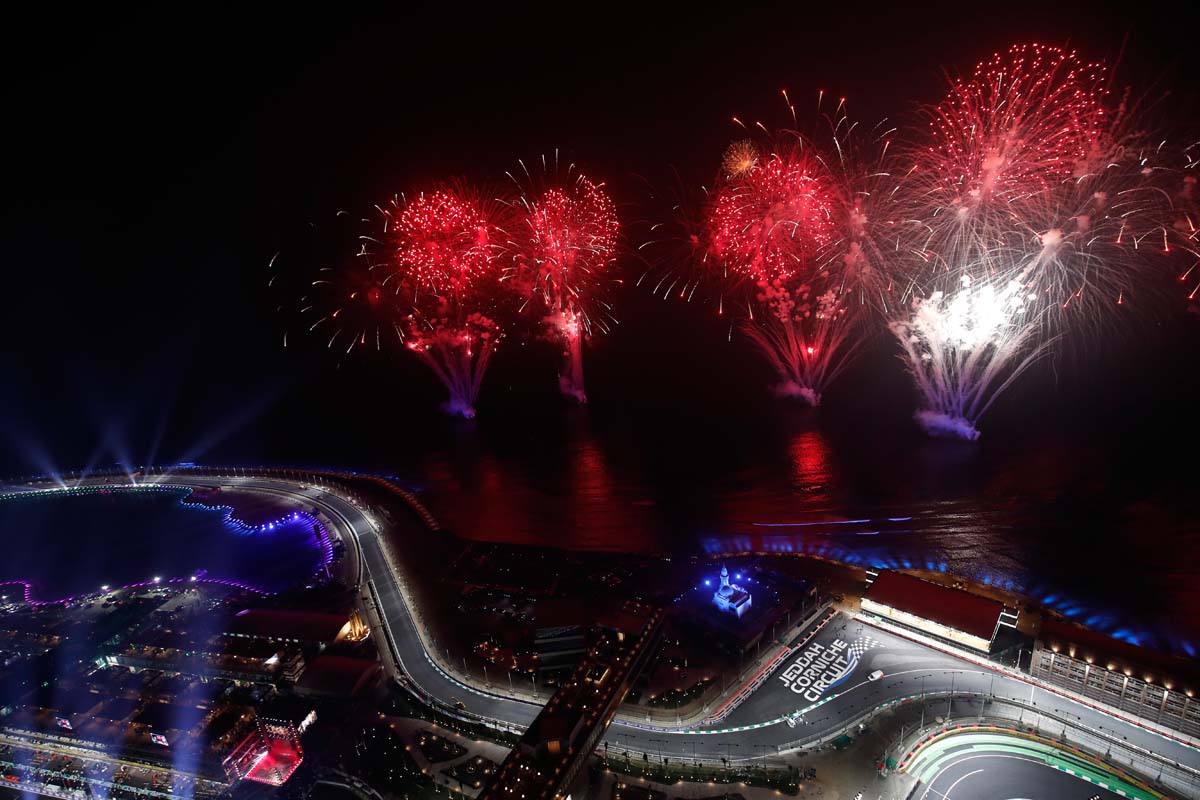