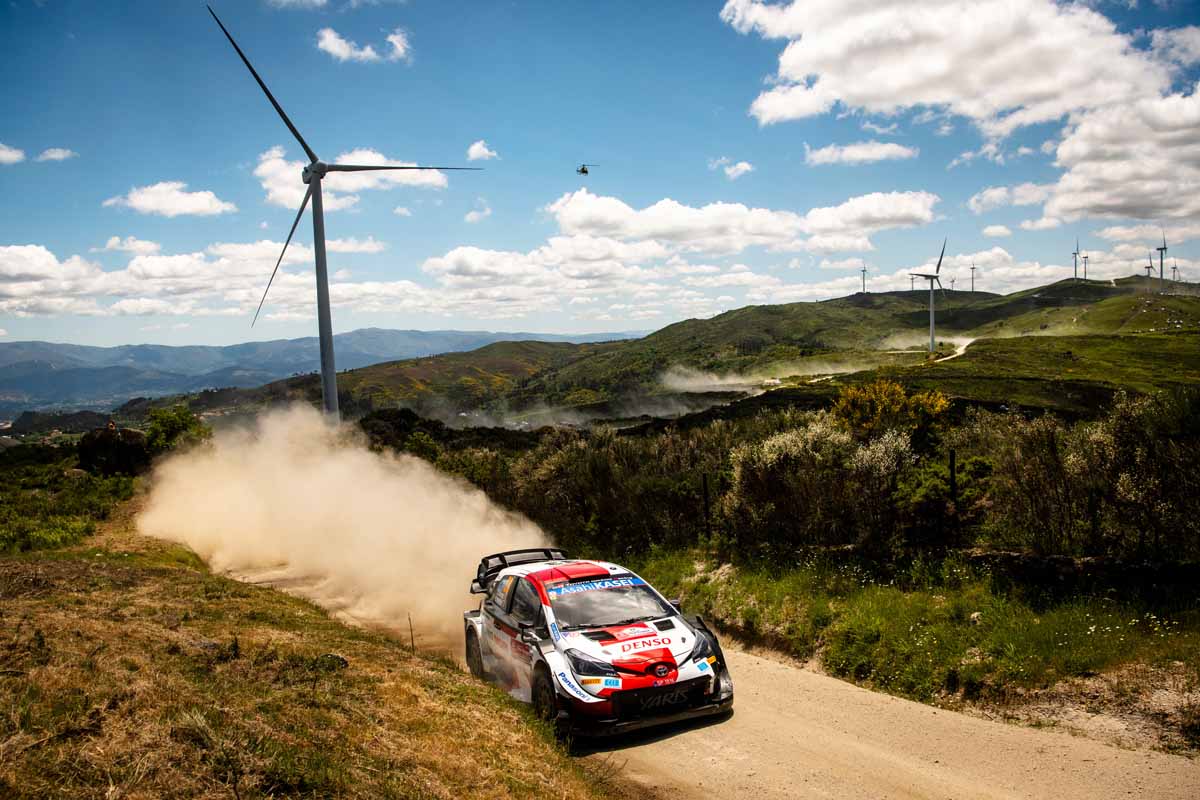 French duo back in action at opening gravel fixture

The sport’s two most successful drivers are reunited in battle after serving up a tasty dish at January’s season-opening Rallye Monte-Carlo. Loeb became the oldest event winner in history at 47 after snatching victory in an epic tussle.

Three rounds further down the road, they return from competing in other disciplines to add extra spice to the opening gravel fixture of both the season and the WRC’s hybrid era.

Loeb has the harder task. The nine-time champion is an early starter in Friday’s opening leg and with conditions set to remain dry, grip will be low for those at the front on roads coated in slippery sand.

“I am fourth on the road and road cleaning is always a challenge in this kind of rally if it’s dry,” said the M-Sport Ford Puma driver.

“I don’t really know what to expect there so we need to do a good first day, and for the rest we will see where we are. Only one day of testing isn’t a lot when it’s the first time you are driving a car on gravel, but at the end I was happy with the feeling I had.”

Eight-time champion Ogier is chasing a record sixth victory in the country where he scored his first WRC win 12 years ago. He is helped by a start position four places behind his fellow Frenchman.

“Portugal is a special place for me,” admitted the Toyota Gazoo Racing driver. “It will be something different for me to not be starting near the front and hopefully that can be a bit of an advantage if it doesn’t rain.

“The biggest challenge will be getting back in the rhythm straightaway after only one test day on gravel. But at the same time, these cars are new for everyone on gravel.”

Rovanperä has won two of the opening three rounds, including a thrilling last-gasp success last time out in Croatia. He tops the standings by 29 points but is disadvantaged by opening the roads on dirt for the first time.

Loeb is part of a five-car M-Sport Ford entry, the biggest from a team in the hybrid generation. He is joined by Craig Breen, third in the points, Adrien Fourmaux, Gus Greensmith and Pierre-Louis Loubet.

Dani Sordo replaces Oliver Solberg at Hyundai Motorsport for his 2022 debut. The Spaniard is joined in i20 N cars by Ott Tänak and Thierry Neuville, podium finishers in Croatia.

The rally is based in the coastal city of Matosinhos. After Thursday night’s start in Coimbra, competitors face 21 speed tests covering 338.34km in north and central Portugal. It finishes on Sunday afternoon after a finale over the iconic roads of Fafe.

The rally marks the centrepiece of the WRC’s 50th season celebrations. The biggest ever gathering of champion drivers and co-drivers will attend and almost 30 classic cars will parade through several stages. 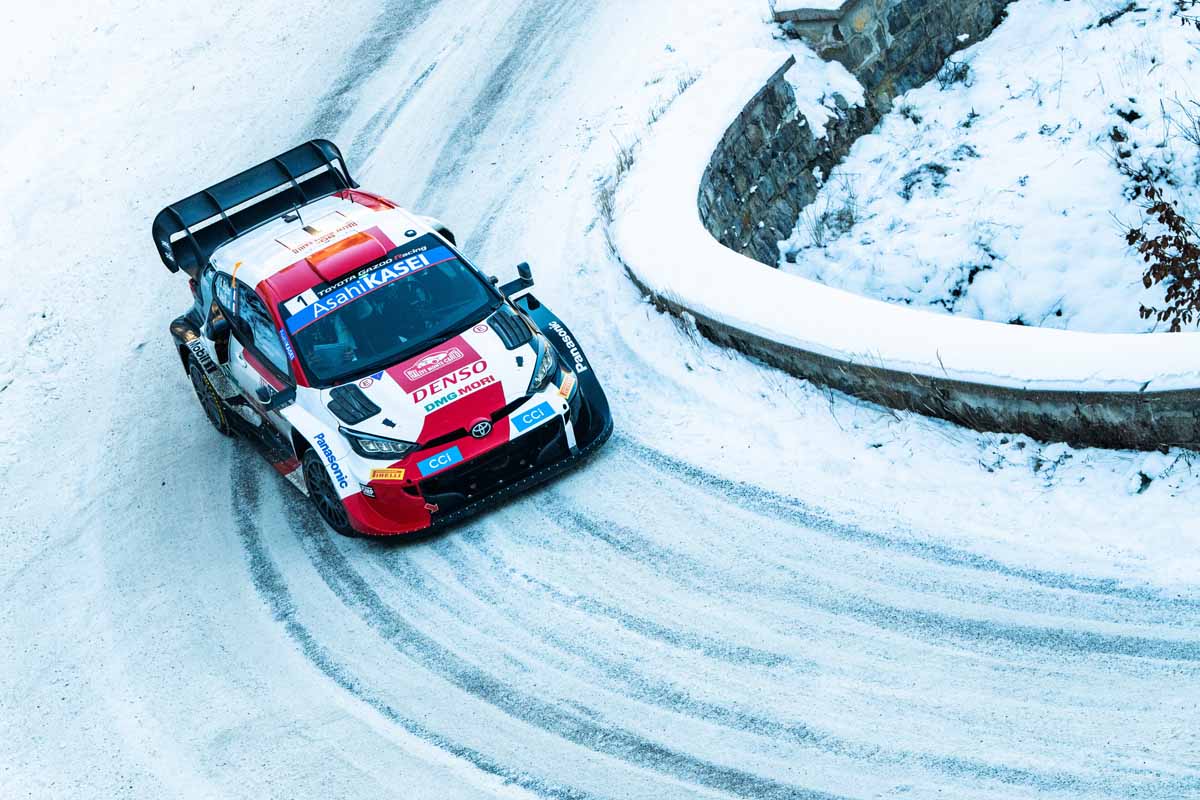 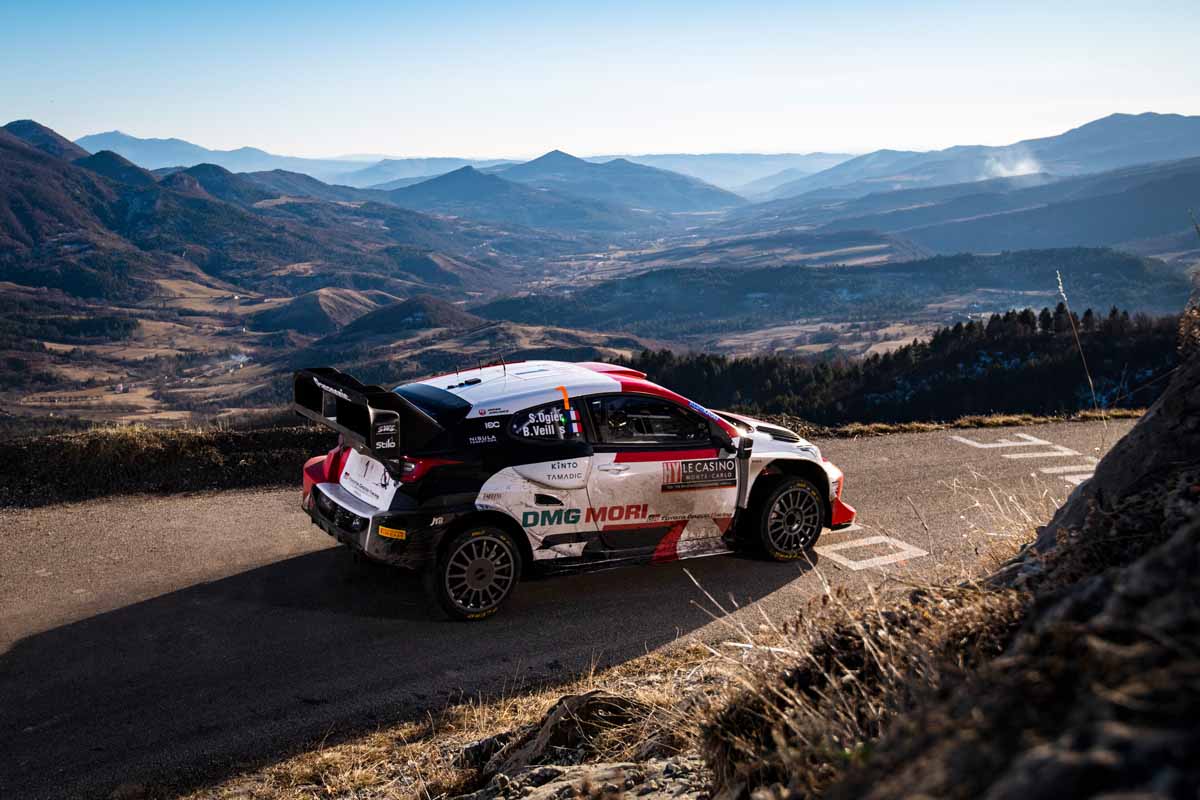 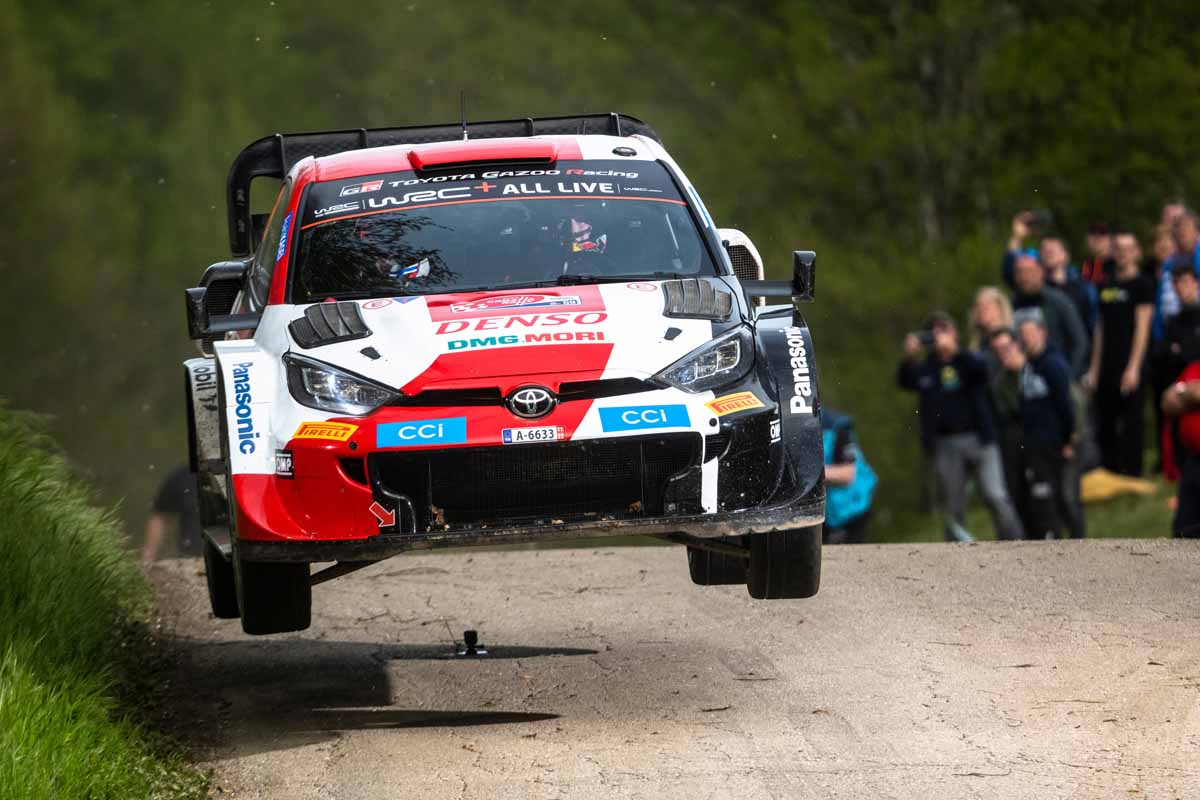 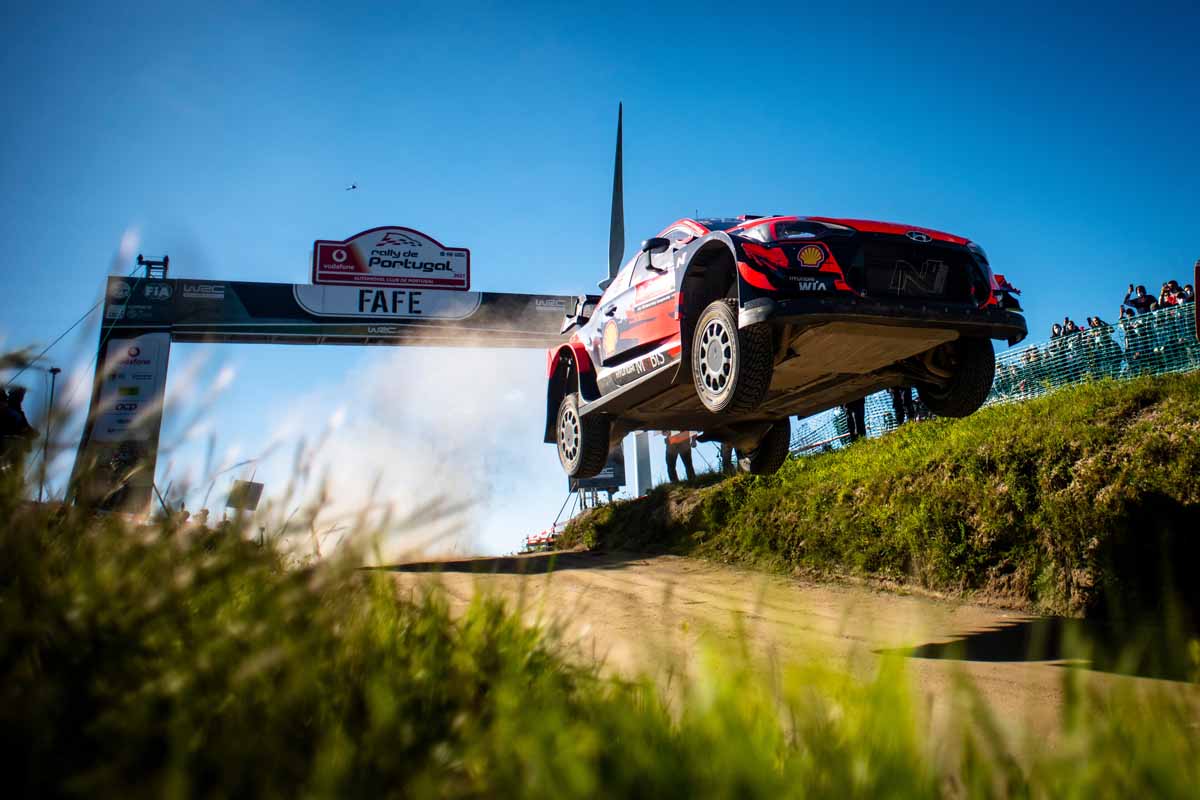 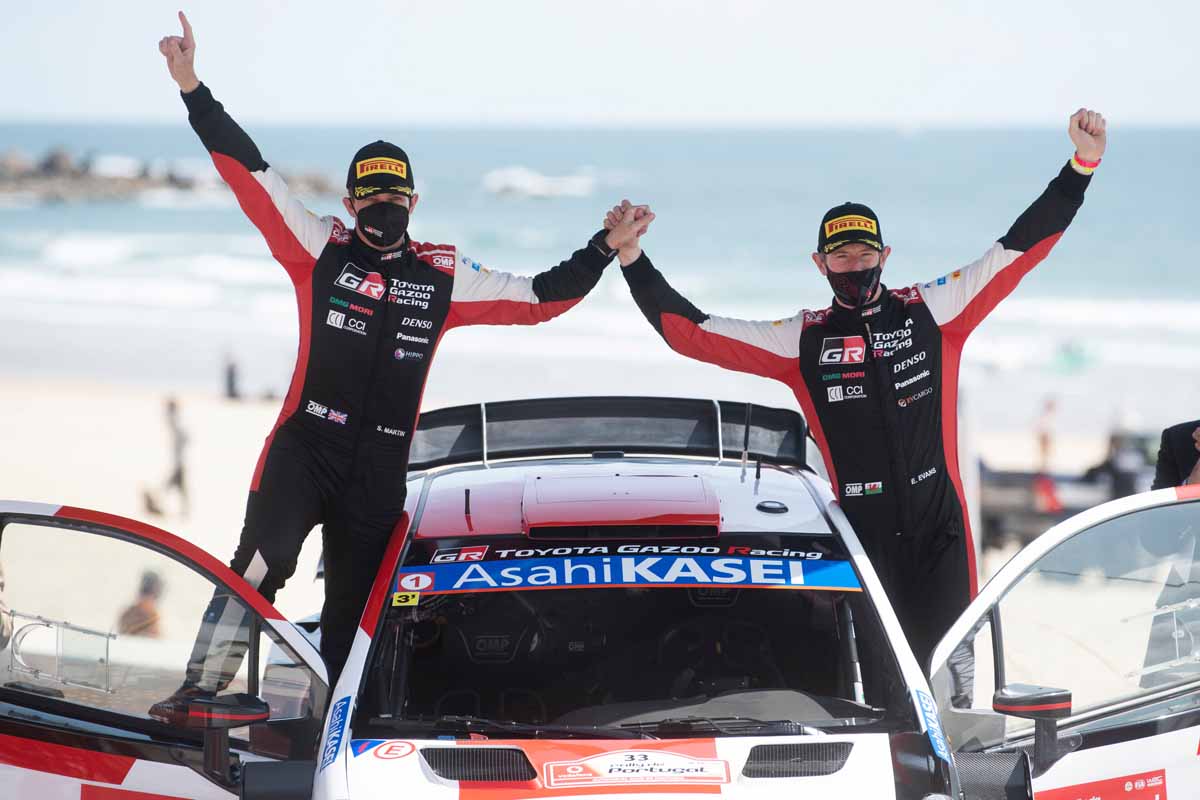 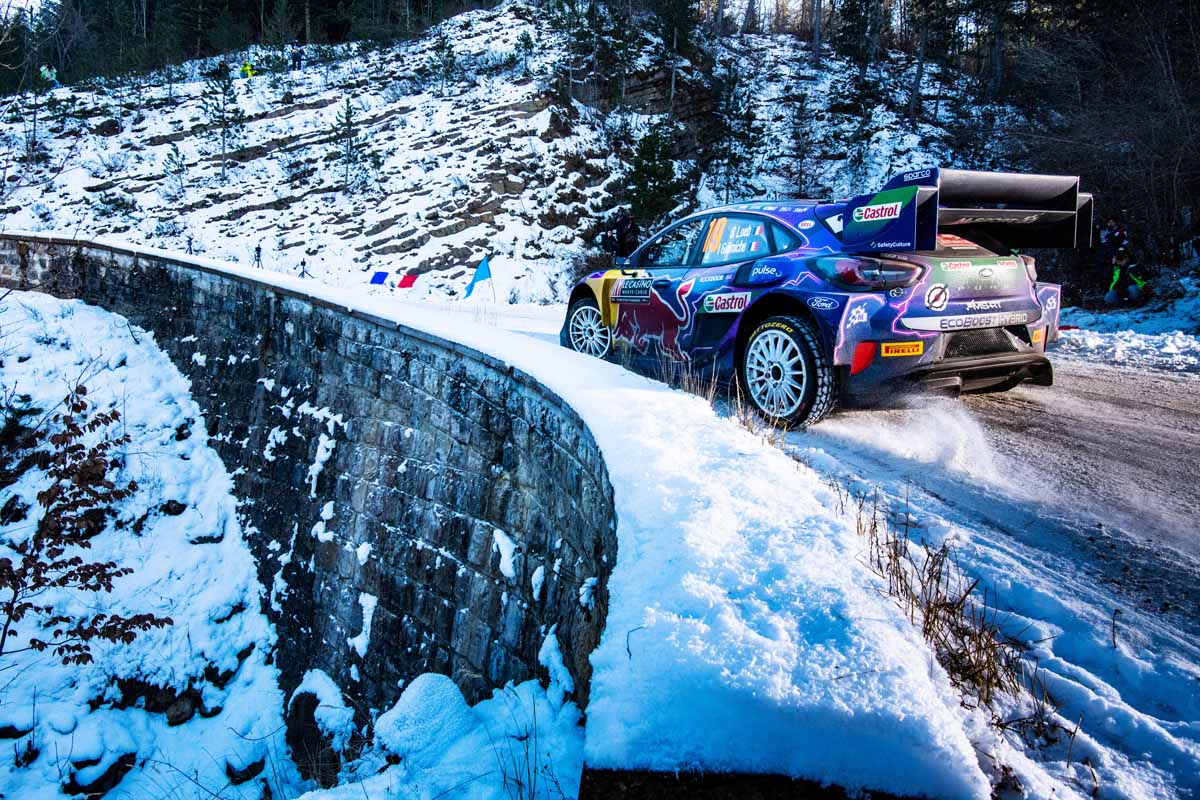 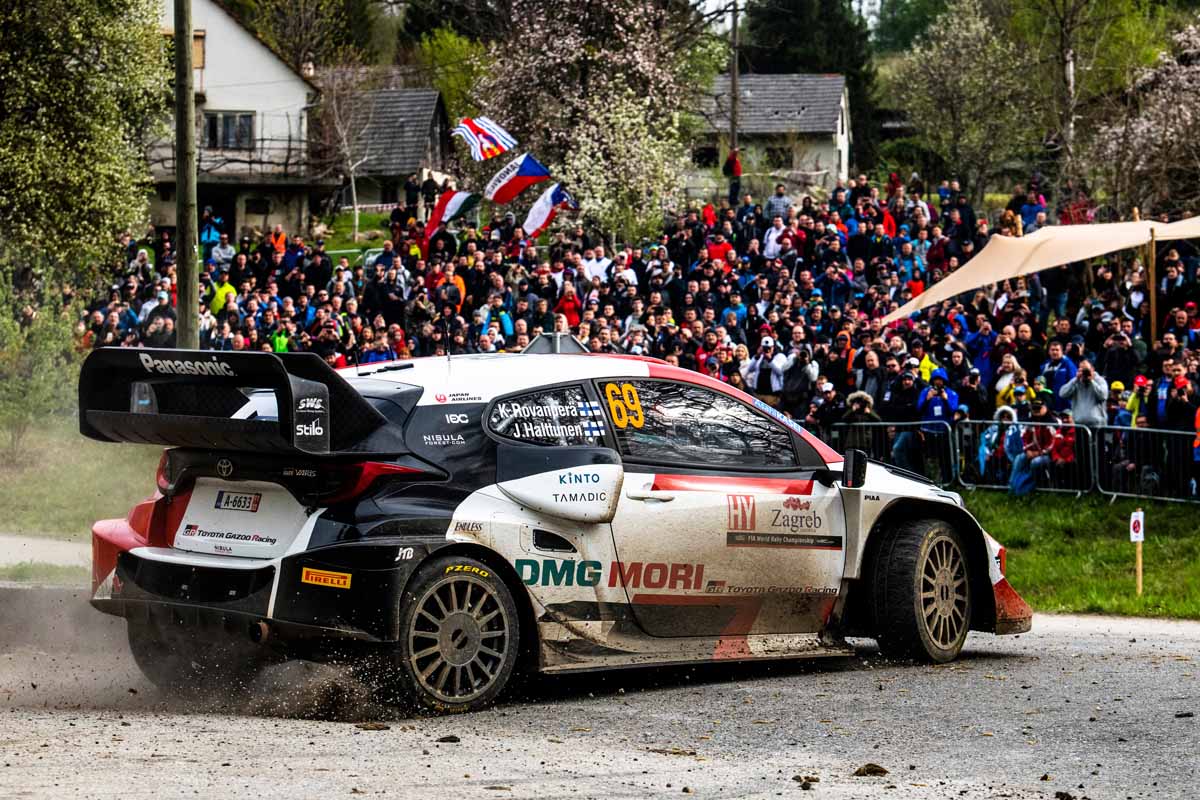 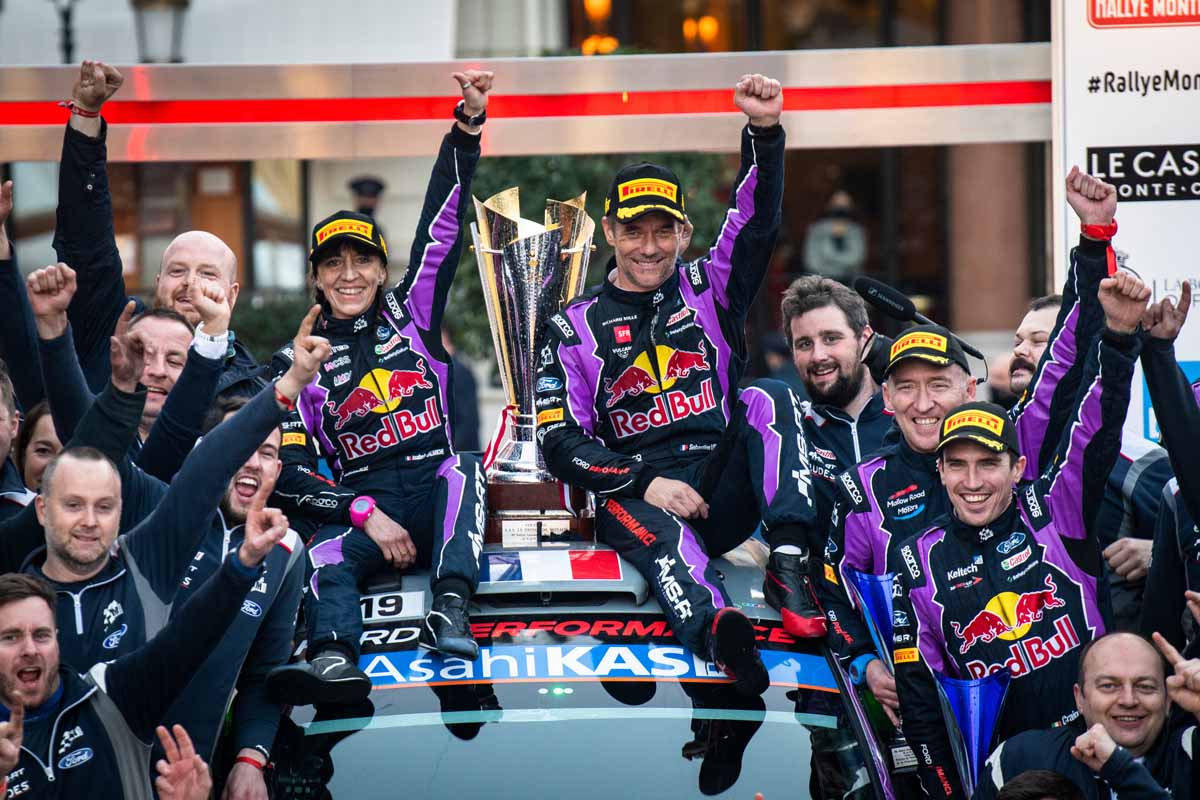 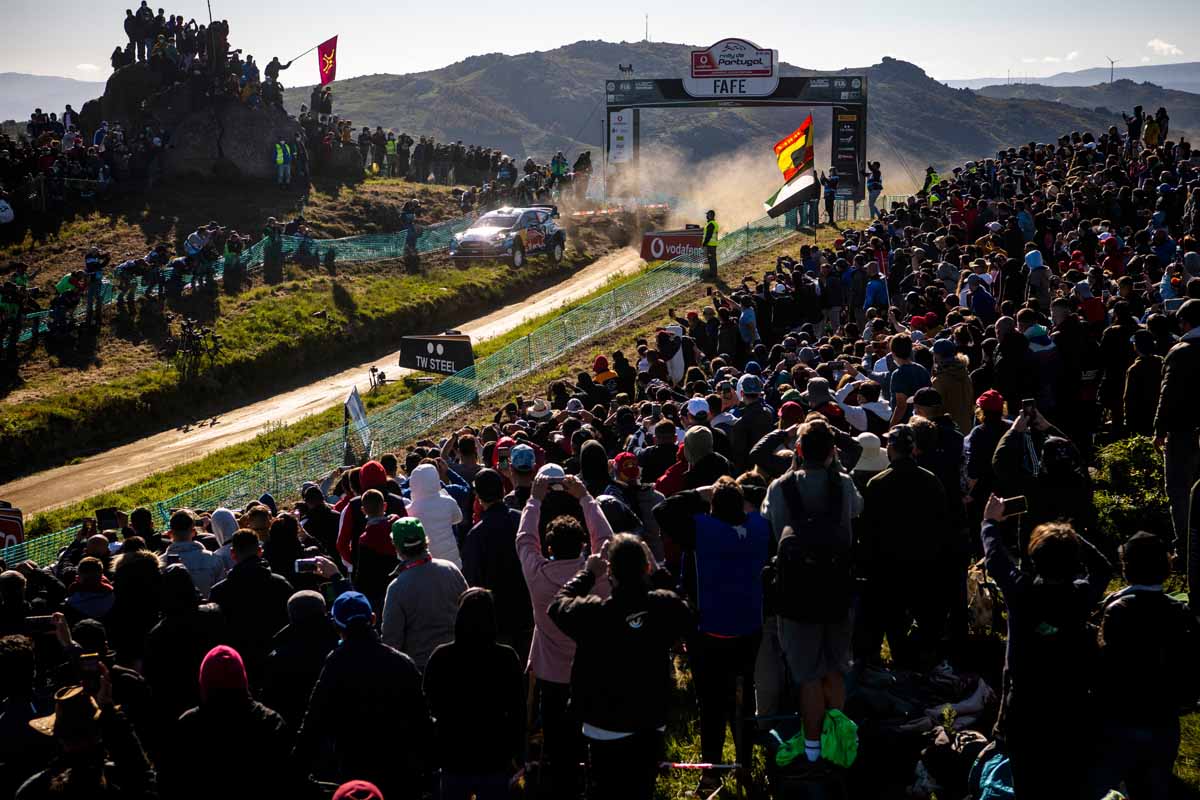