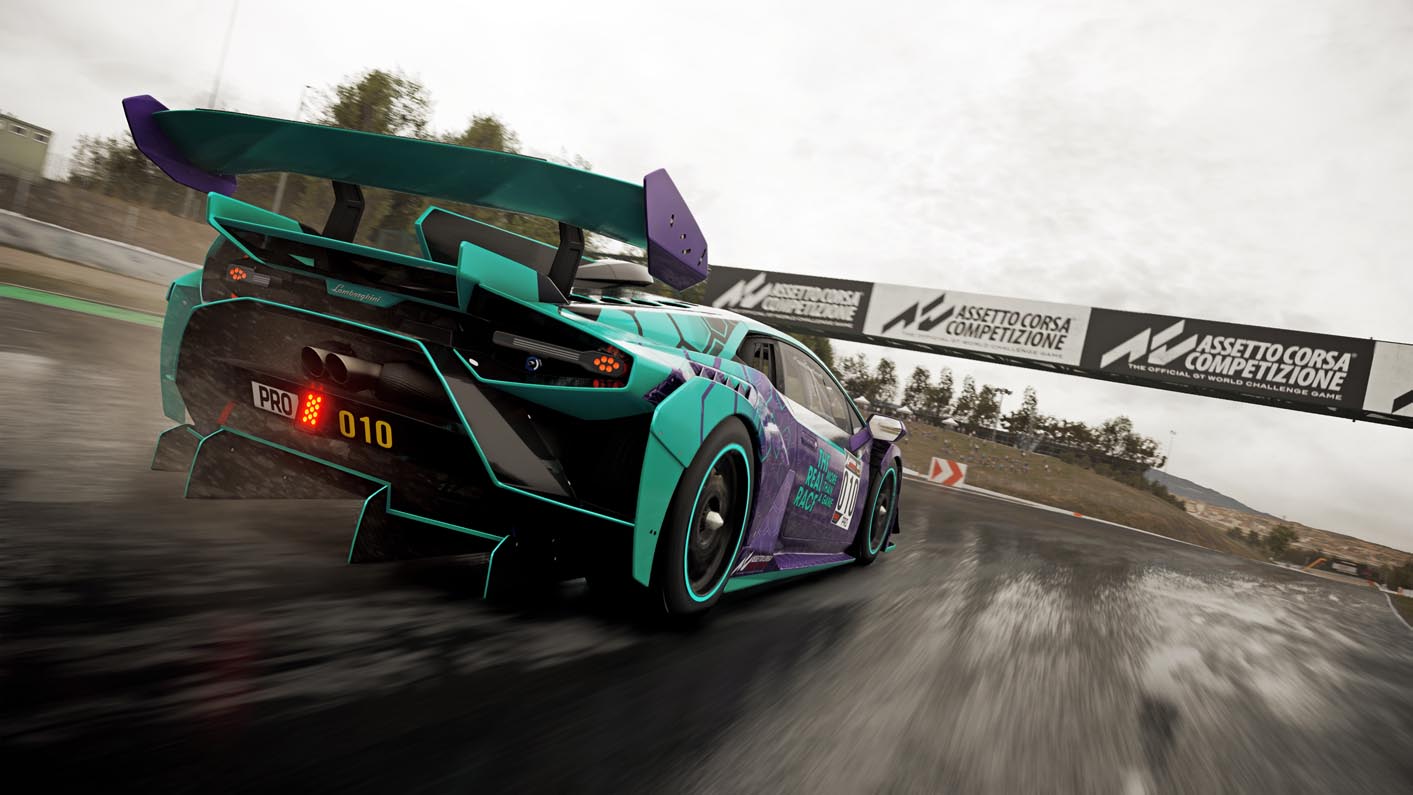 Lamborghini Esports is proud to present the third edition of its virtual competition, The Real Race, which returns this year with a brand-new format across the three regions, Europe/Middle East/Africa, North America/Latin America and Asia-Pacific. The competition has become an important meeting place for sim drivers from all over the world following the success of the first two editions. This year, the winner will have the opportunity to become an official member of the Lamborghini Esports team, which was launched in 2022. And like the previous two seasons, all races will take place on the Assetto Corsa Competizione game.

A New Format for this Third Edition of The Real Race

Lamborghini recently presented its first official esports team for the most important virtual races dedicated to sim racing. The creation of this team is the result of the massive experience gained with The Real Race competition. This is also an opportunity to further extend the brand’s visibility in a sector that is constantly developing and, above all, allows users to experience sensations comparable to those of a real race. Currently made up of three simulation drivers, Jordan Sherratt, Gianfranco Giglioli and Giorgio Simonini, this year the overall winner of the championship may have the chance to join this official team.

“With this new edition of The Real Race, we are proud to once again show our commitment and passion for Esports racing. The competition is a remarkable way to engage with the new generation and to expand our community.” says Christian Mastro, Automobili Lamborghini Marketing Director. “We are confident that the players will have the best experience possible with the new Huracan Super Trofeo EVO2, and we are excited to discover which racer will have the opportunity to join our brand-new Lamborghini Esports team at the end of the competition.”

For this edition, Lamborghini has decided to change the format of the competition, which will now incorporate:

The 2021 edition of The Real Race brought more than 3,100 drivers competing in several races between June and November. The public was also heavily involved, with more than 1.15 million spectators throughout the tournament. At the end of the finale, which took place at the legendary Misano Adriatico circuit, Jordan Sherratt became Lamborghini’s first official sim driver and joined the ranks of this newly created esports team in 2022.

This year the best sim drivers in the world will compete again in the race game Assetto Corsa Competizione at the wheel of a Lamborghini Huracán Super Trofeo Evo 2, the new version of the racing vehicle that will be the only car in the three continental series of the competition. Participants will be able to drive the digital version of the high-performance Lamborghini last race car.

Assetto Corsa Competizione was developed in collaboration with car manufacturers and is a dynamic support for Lamborghini’s latest racing series. The game is also used by the official test and racing drivers of the Lamborghini Squadra Corse in their preparations for physical races. And as Lamborghini wants to give the whole world a chance to join the competition and become the next gen sim racer, the famous brand announces good news for all racing game lovers; Assetto Corsa Competizione will be free on steam during the first weekend of the competition from 5 to 8 May 2022.

A wide engagement in Esports

This third edition of The Real Race will continue to prove the Lamborghini’s support and commitment to the esports scene. After launching its virtual competition in 2020, Automobili Lamborghini has signed partnerships with the main gaming brands on the esports scene such as Rocket League and Asphalt 9: Legends, which offer players the opportunity to drive Lamborghini models, such as the Huracán STO or the Essenza SCV12.

Find all the information about The Real Race on the official website of the competition.

Assetto Corsa Competizione is the new official GT World Challenge video game. Thanks to the extraordinary quality of simulation, the game will allow you to experience the real atmosphere of the FIA GT3 homologated championship, competing against official drivers, teams, cars, and circuits, reproduced in-game with the highest level of accuracy ever achieved. Sprint, Endurance and Spa 24 Hours races will come to life with an incredible level of realism, in both single and multiplayer modes.

Assetto Corsa Competizione is born from KUNOS Simulazioni’s long-term experience, and it takes full advantage of Unreal Engine 4 to ensure photorealistic weather conditions and graphics, night races, motion capture animations, reaching a new standard in terms of driving realism and immersion, thanks to its further improved tyre and aerodynamic models. 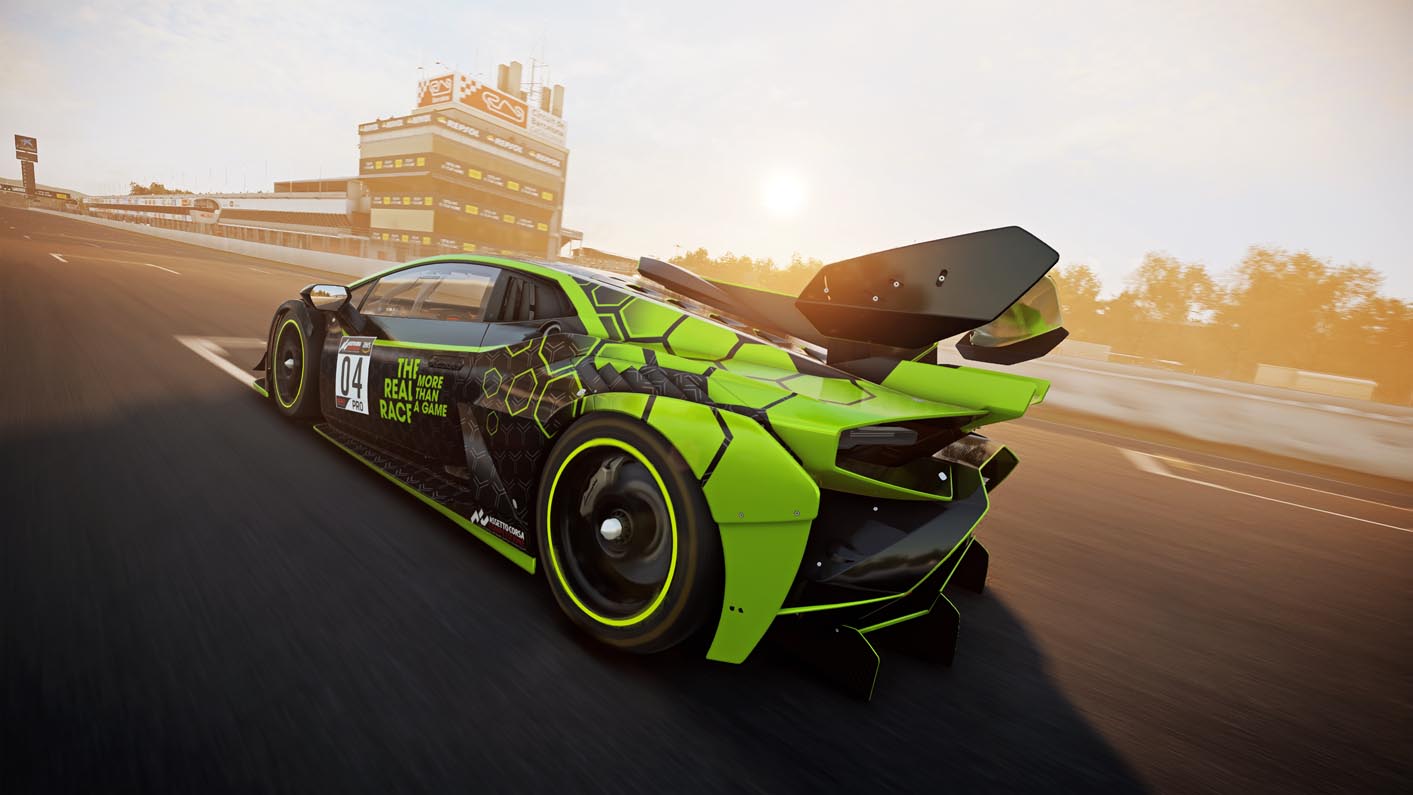 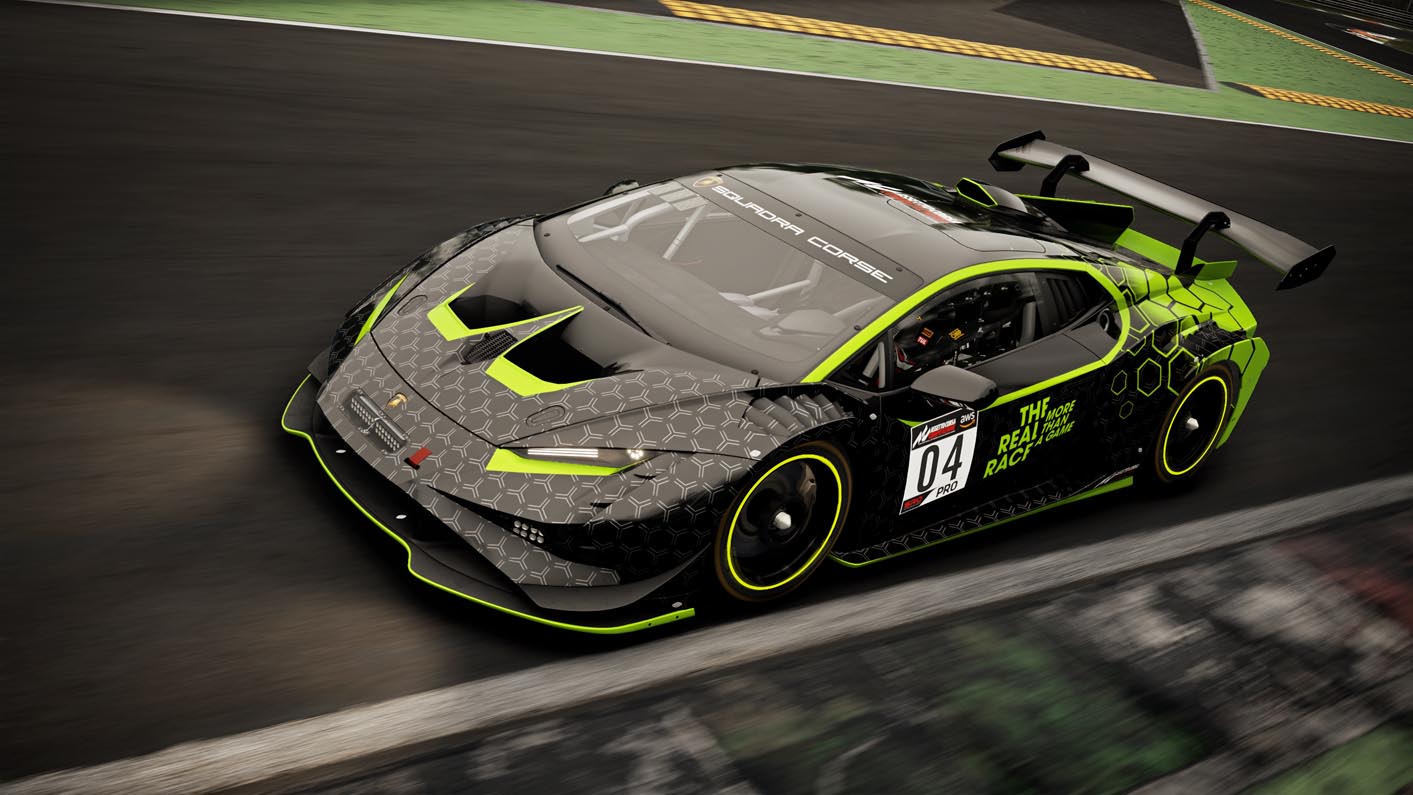 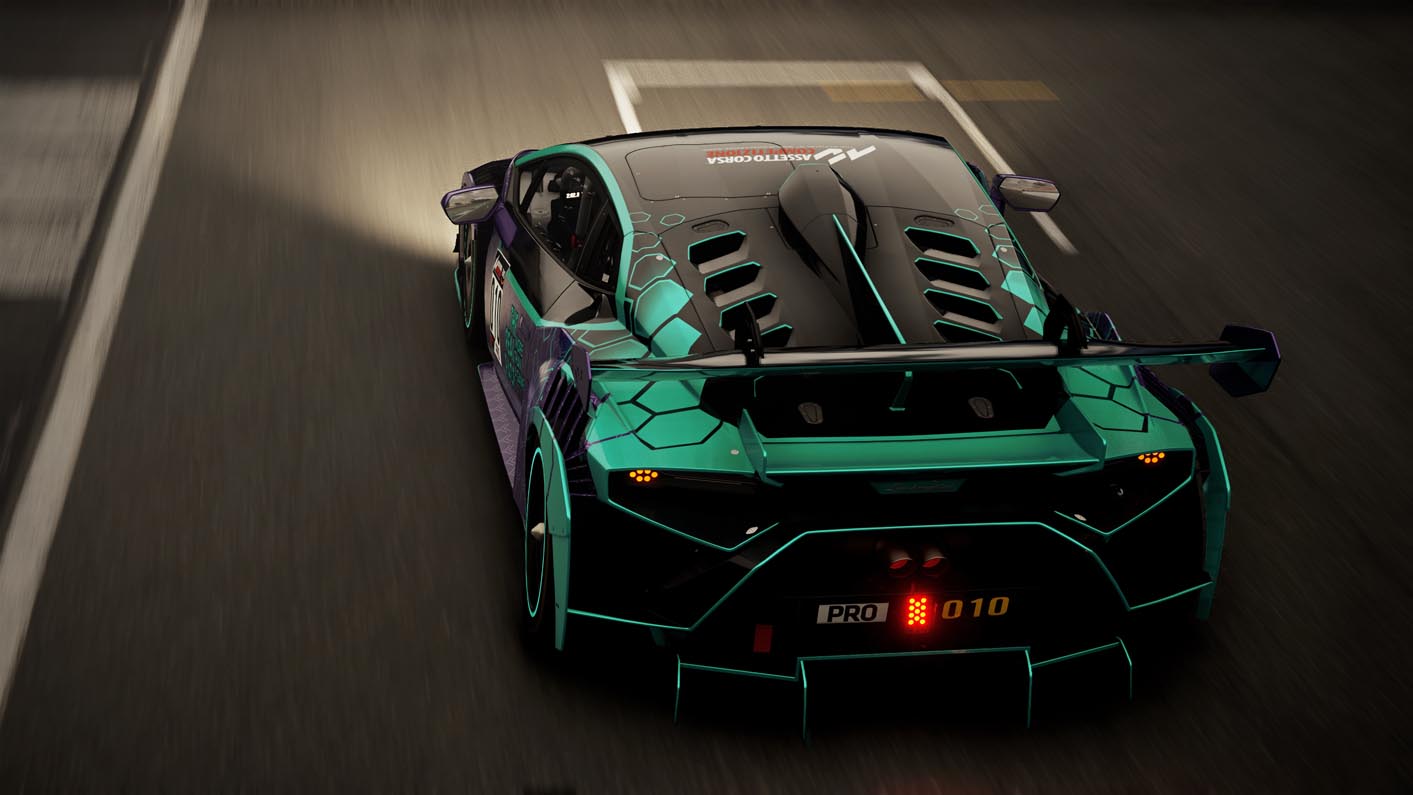 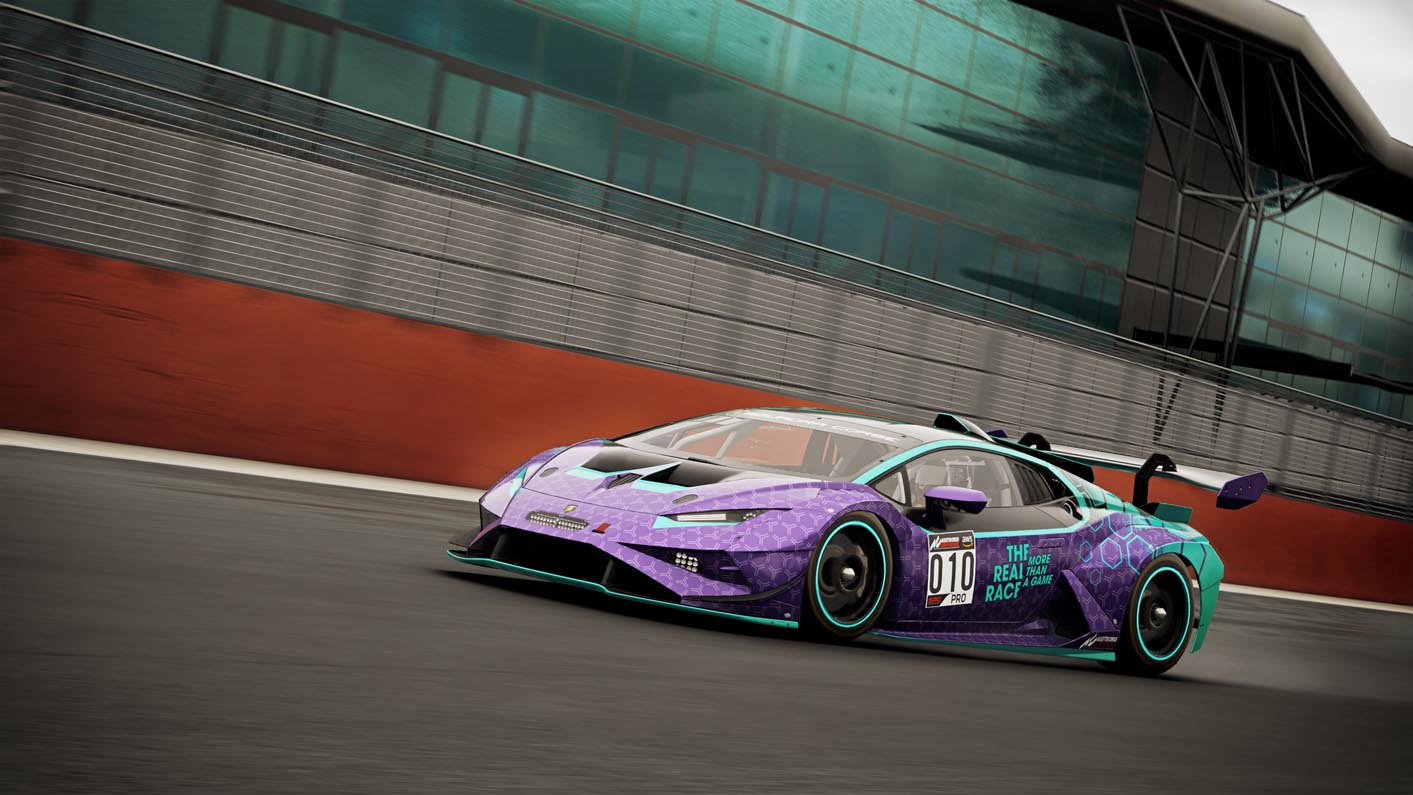 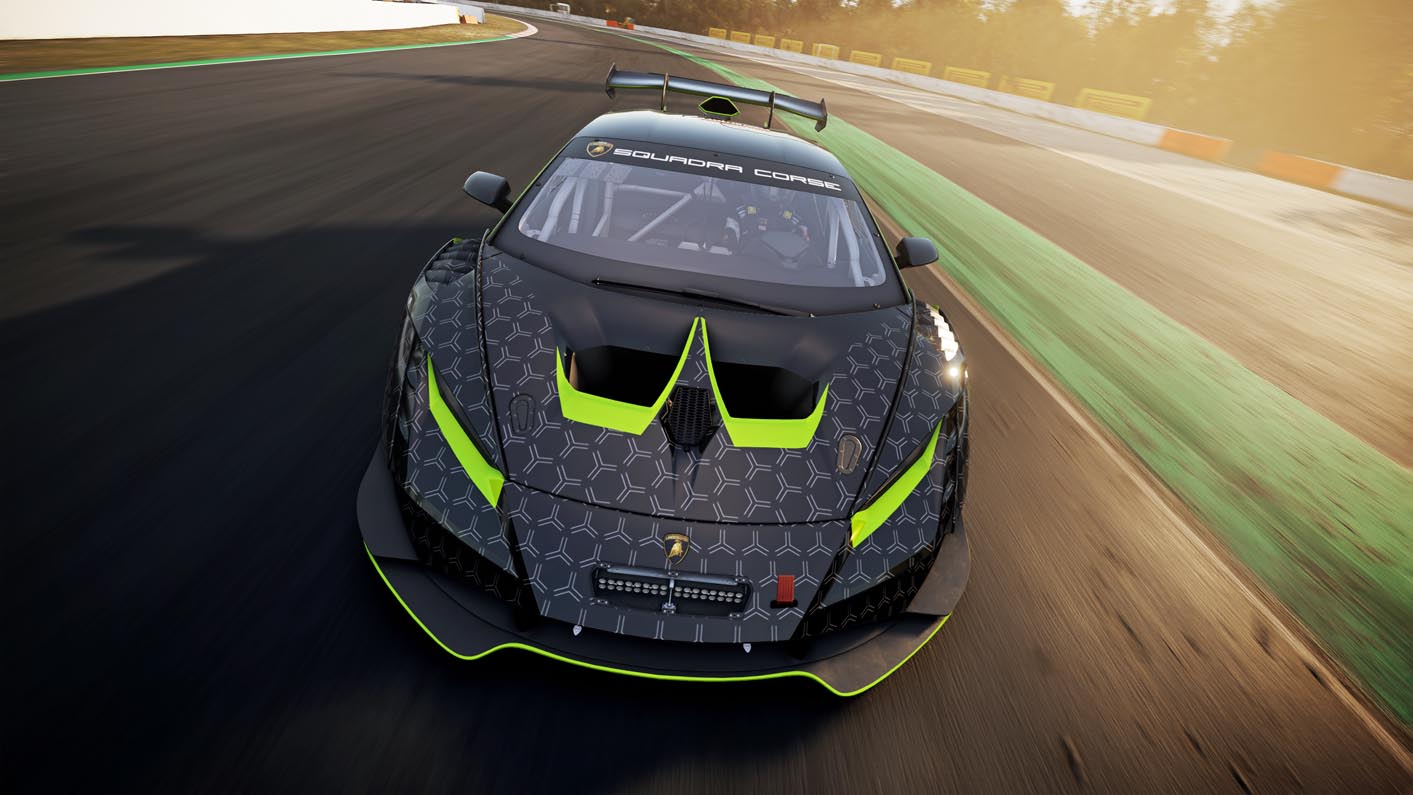 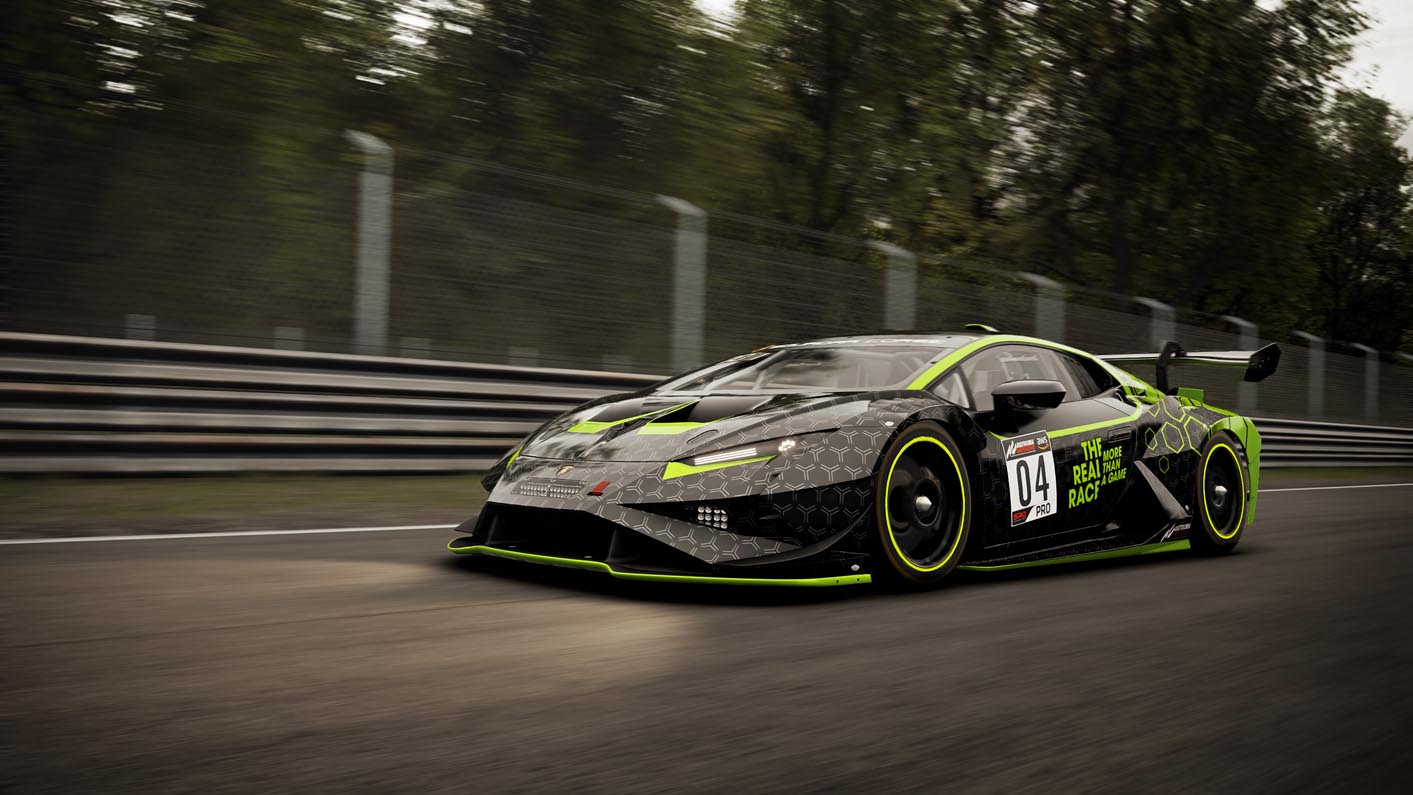 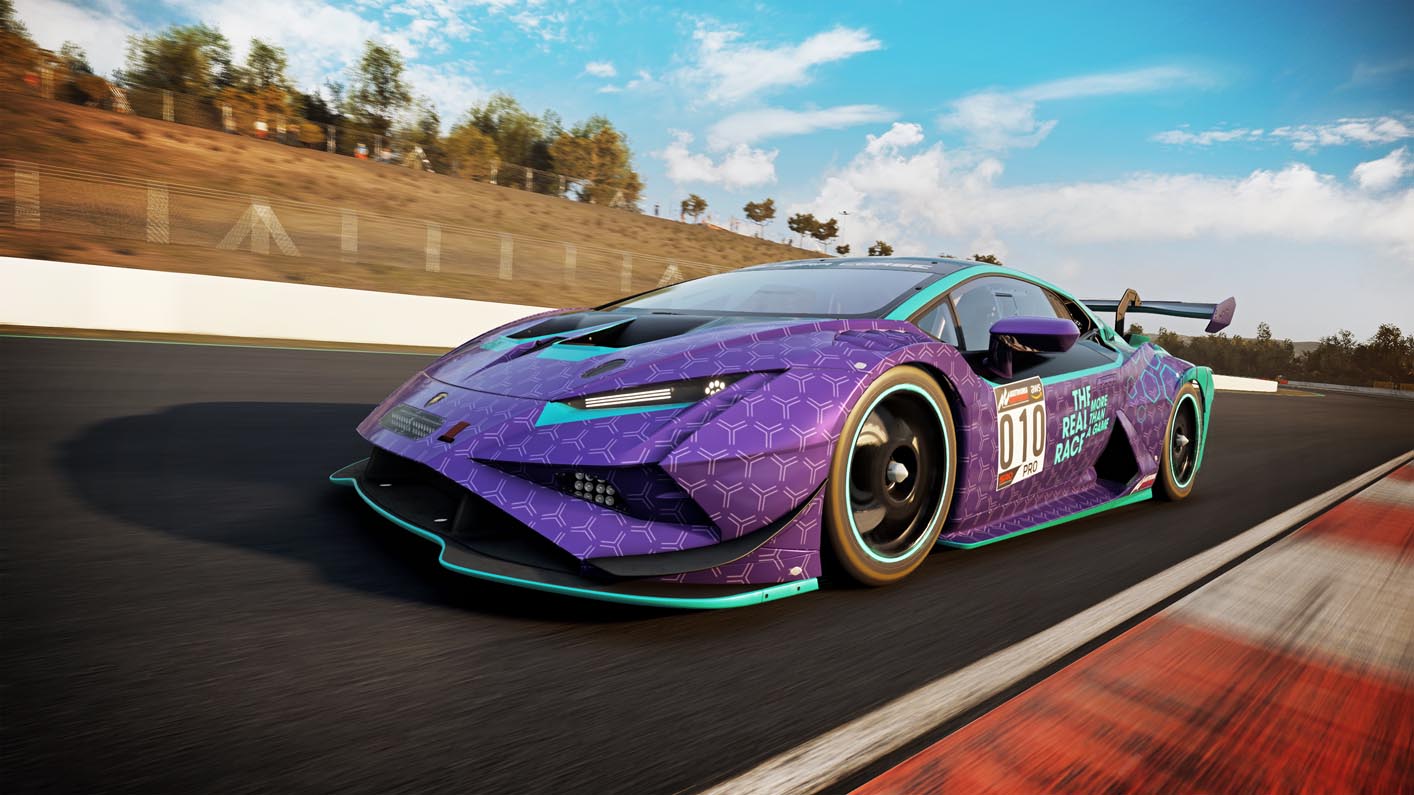 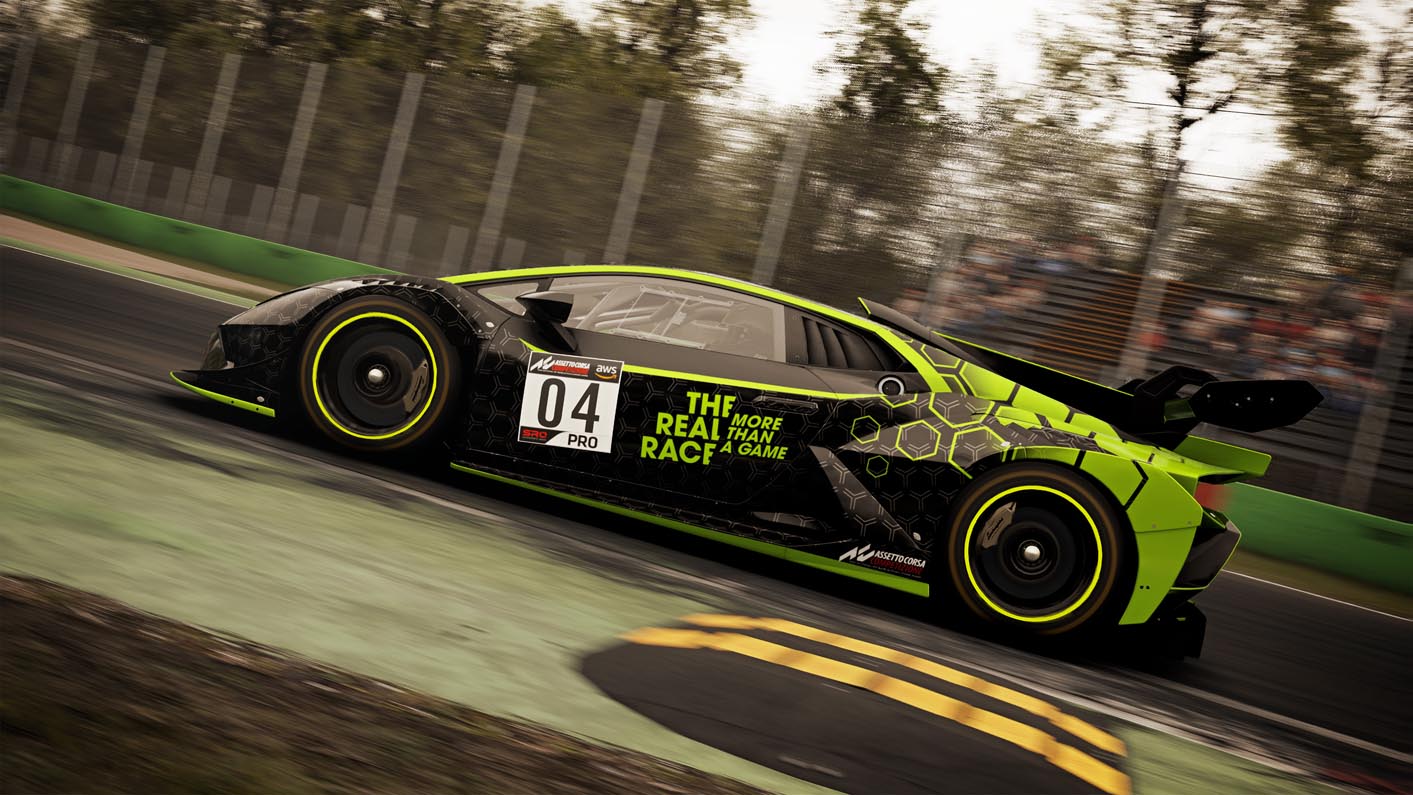 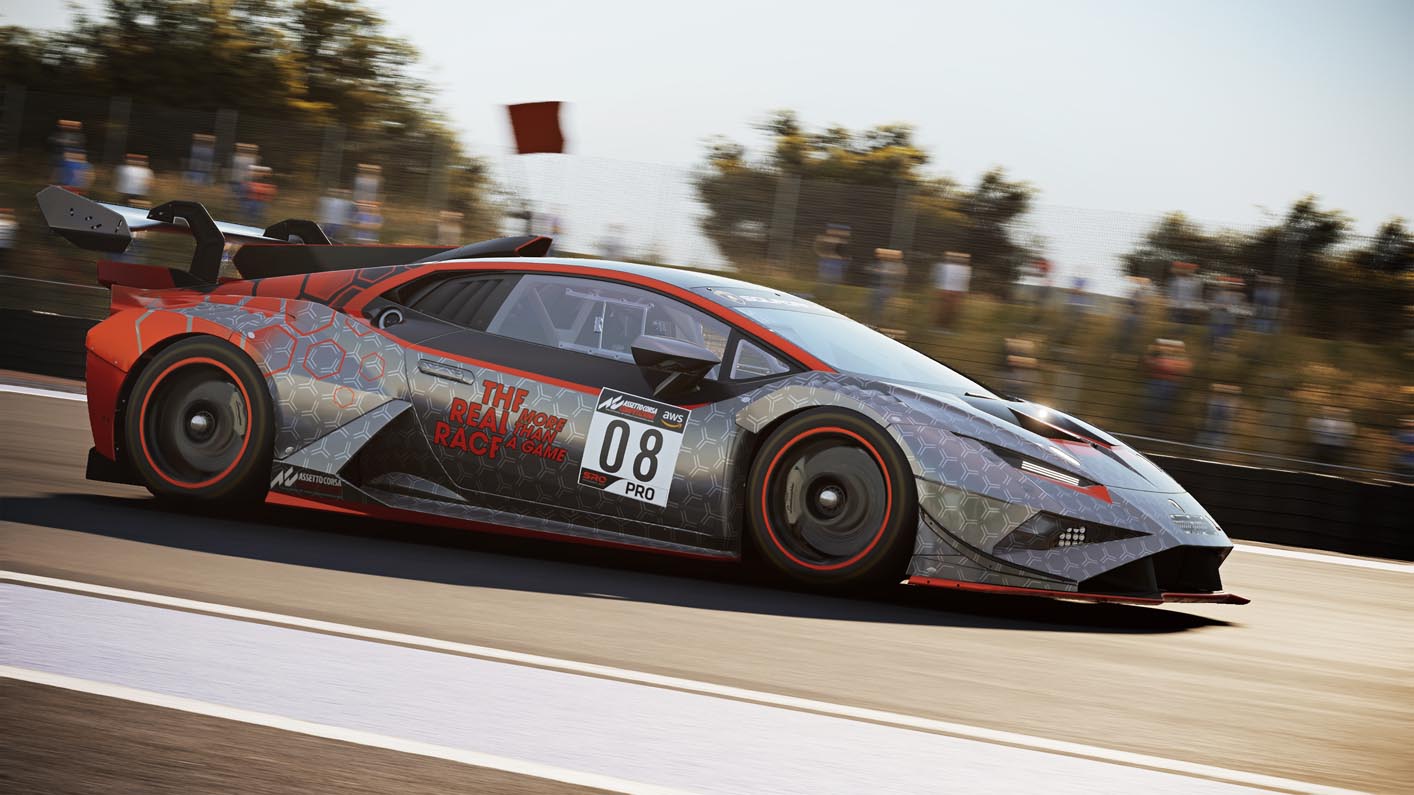 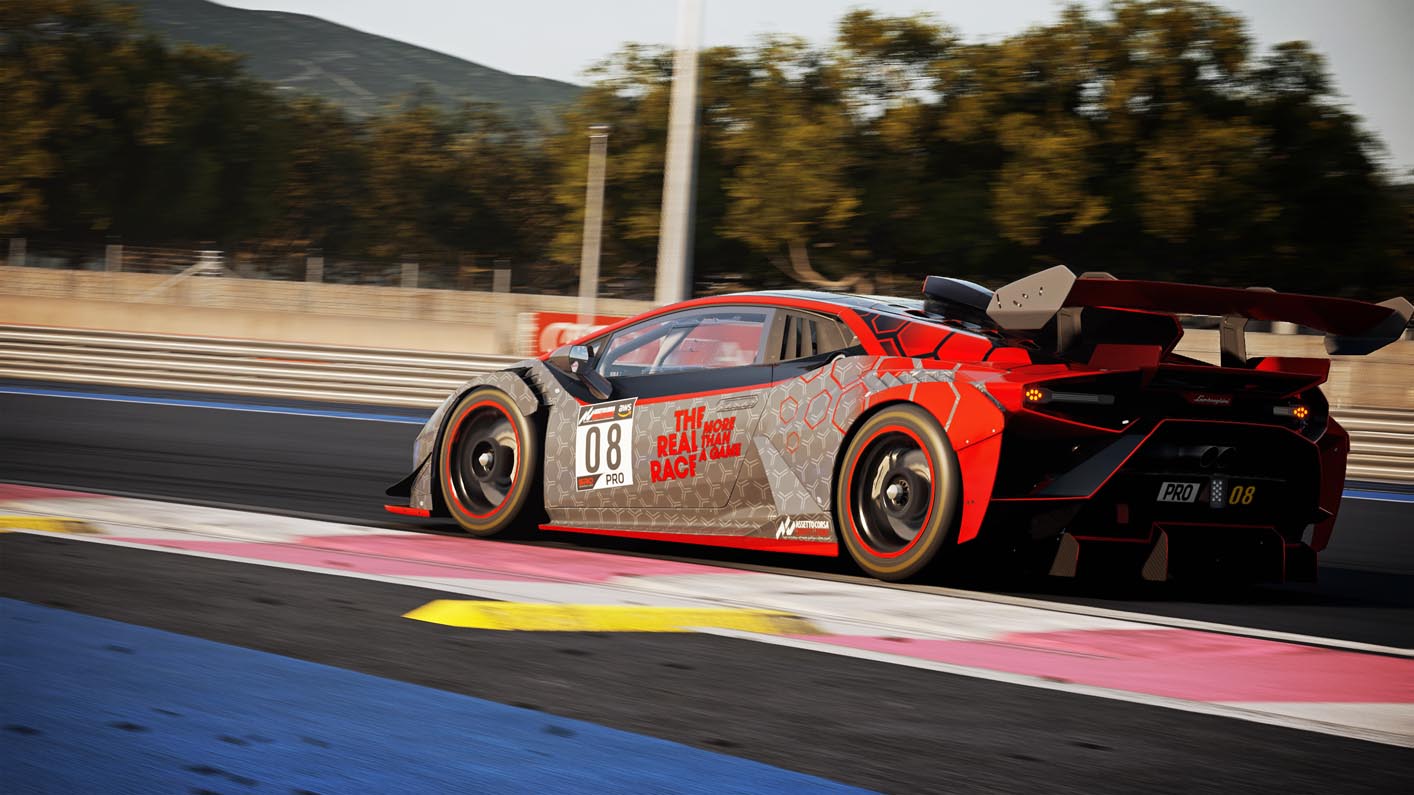 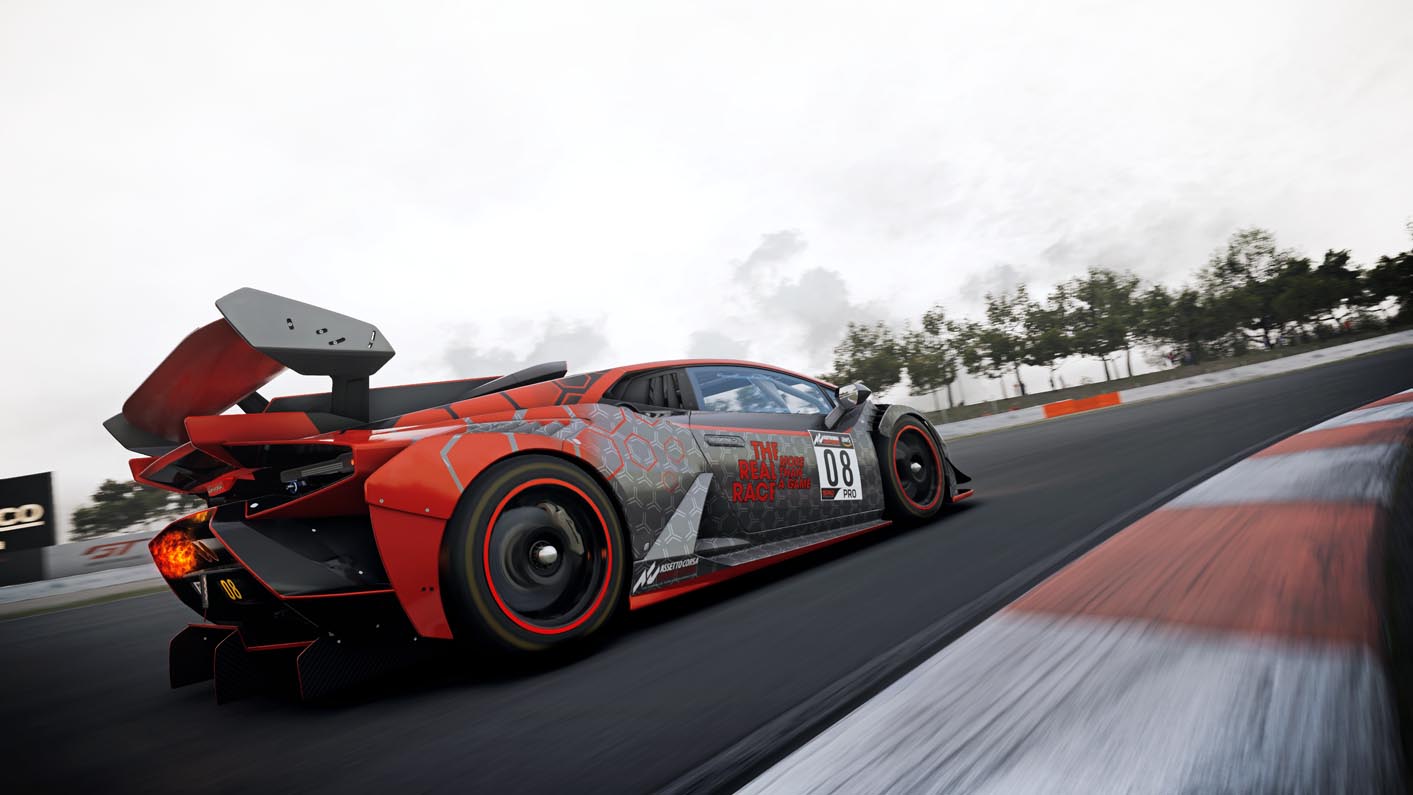 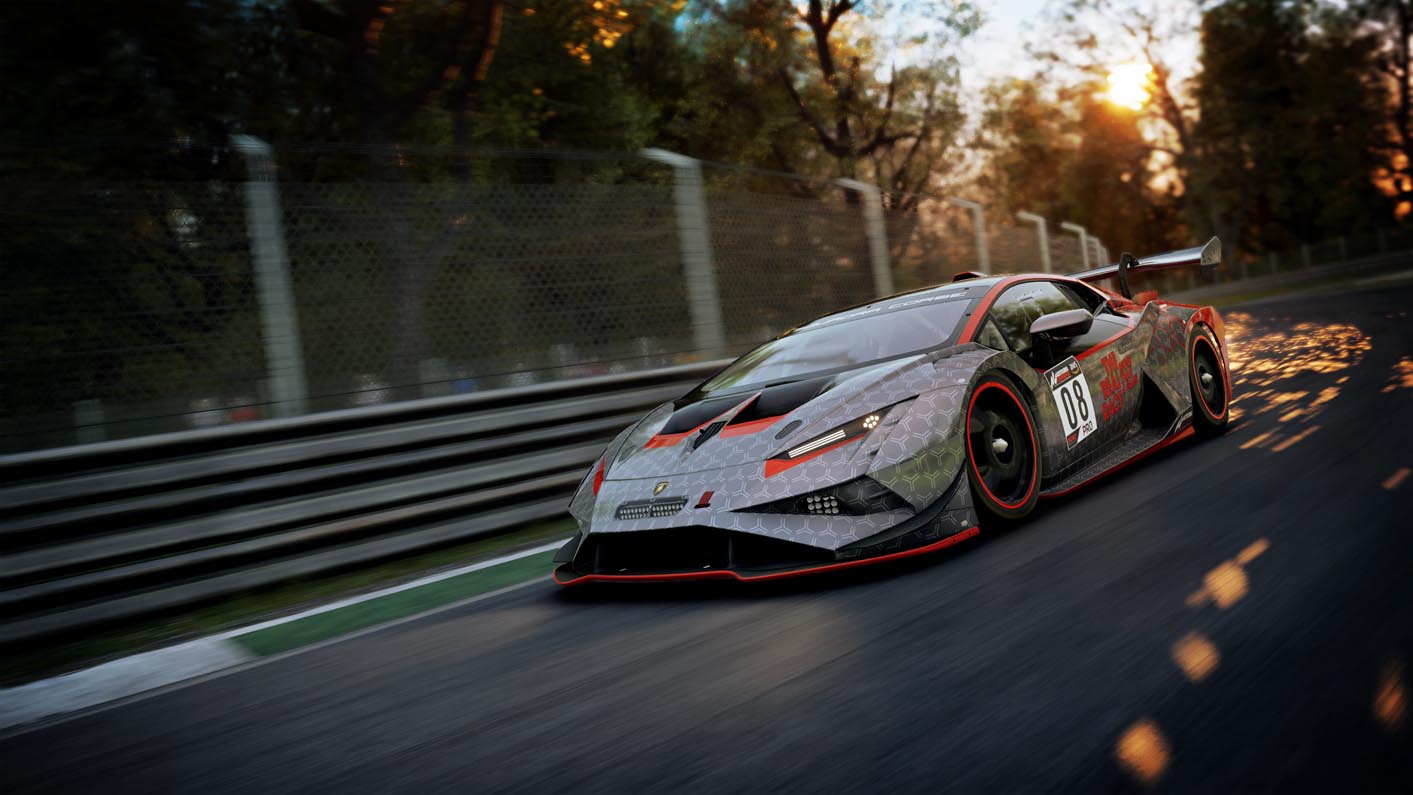 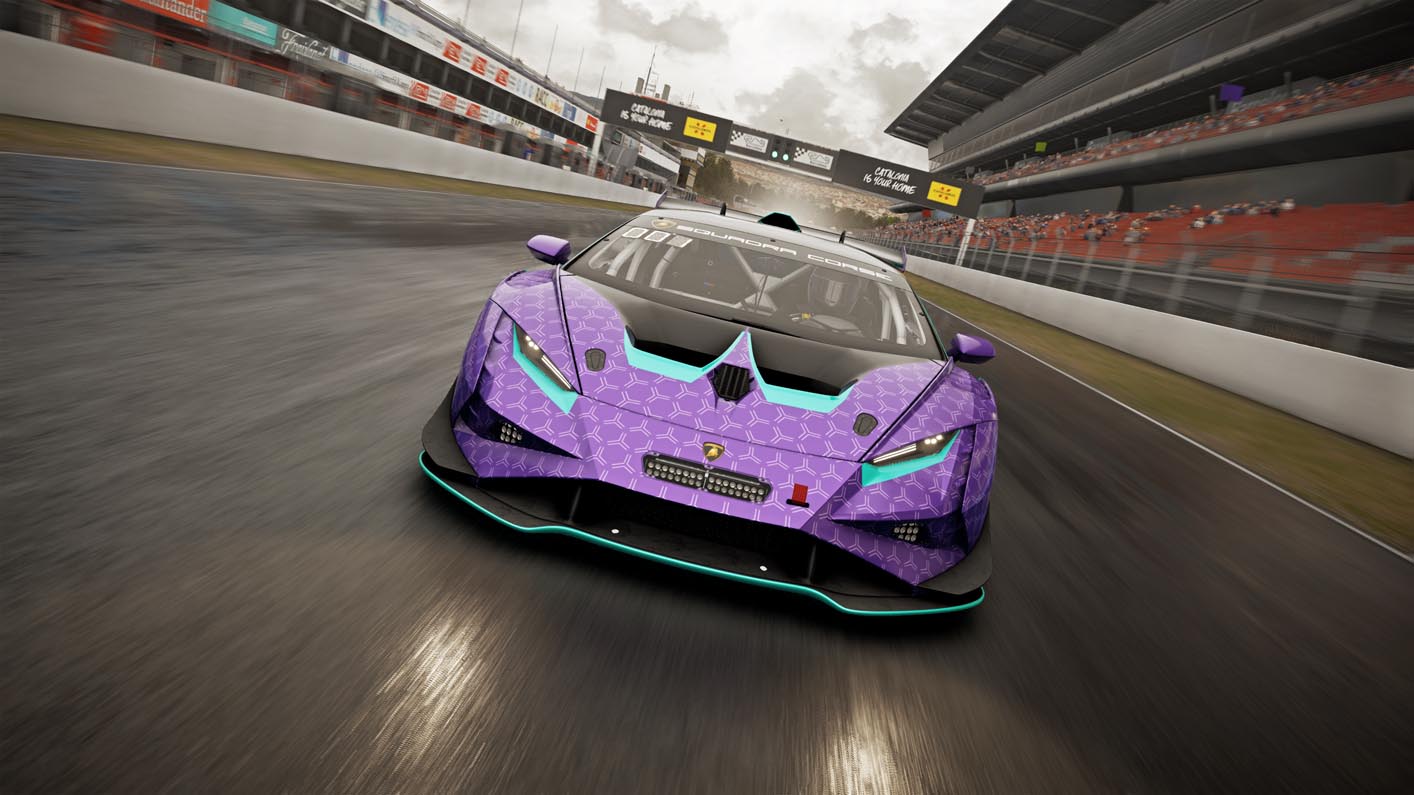 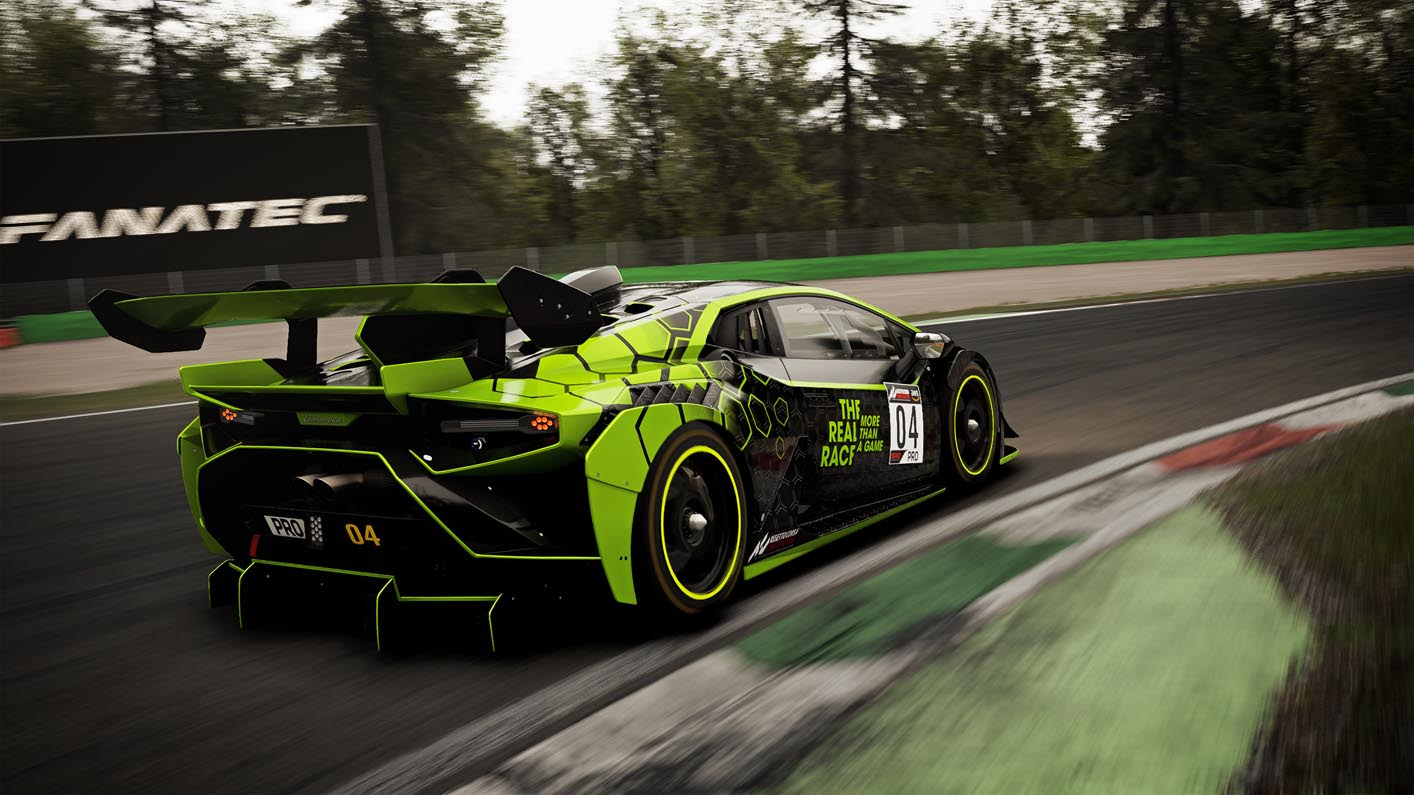 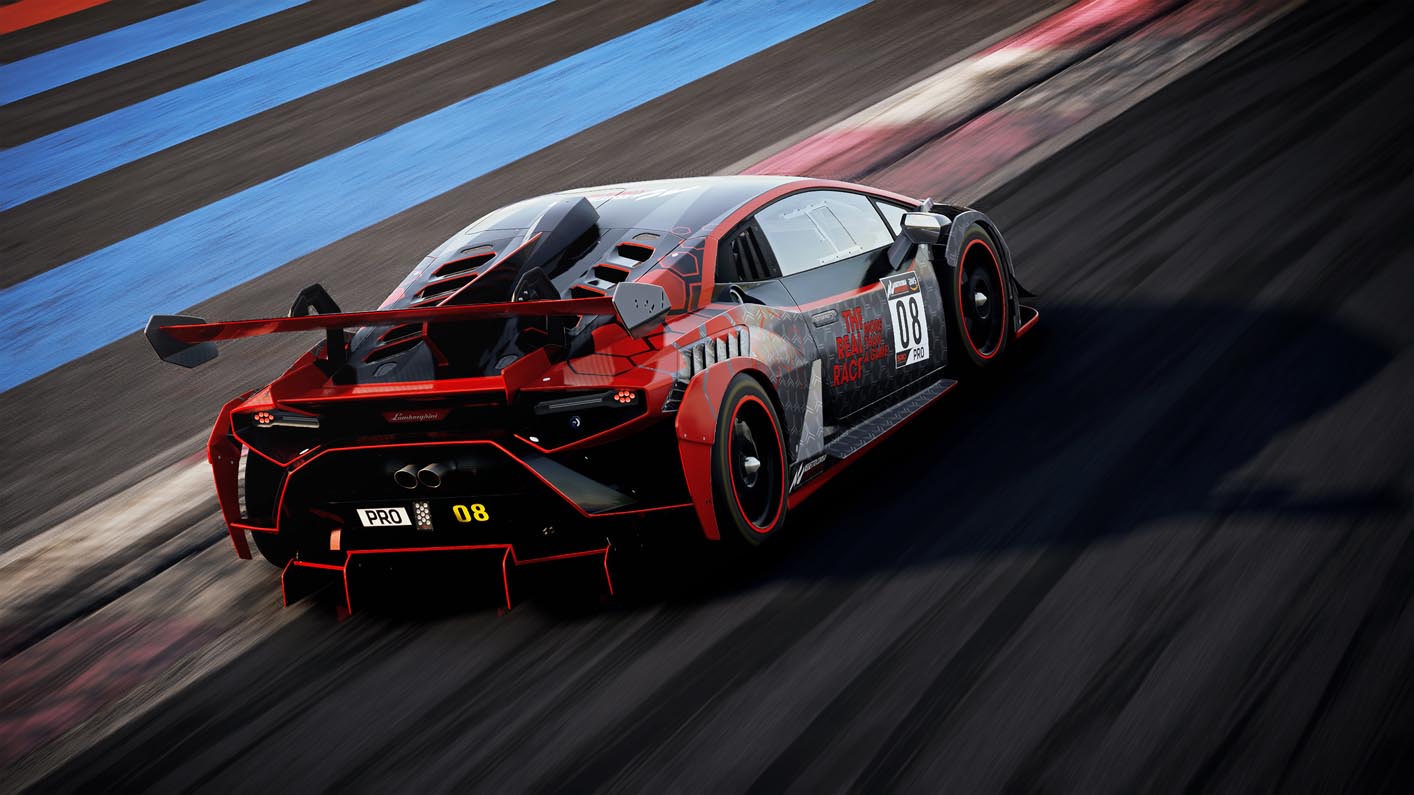 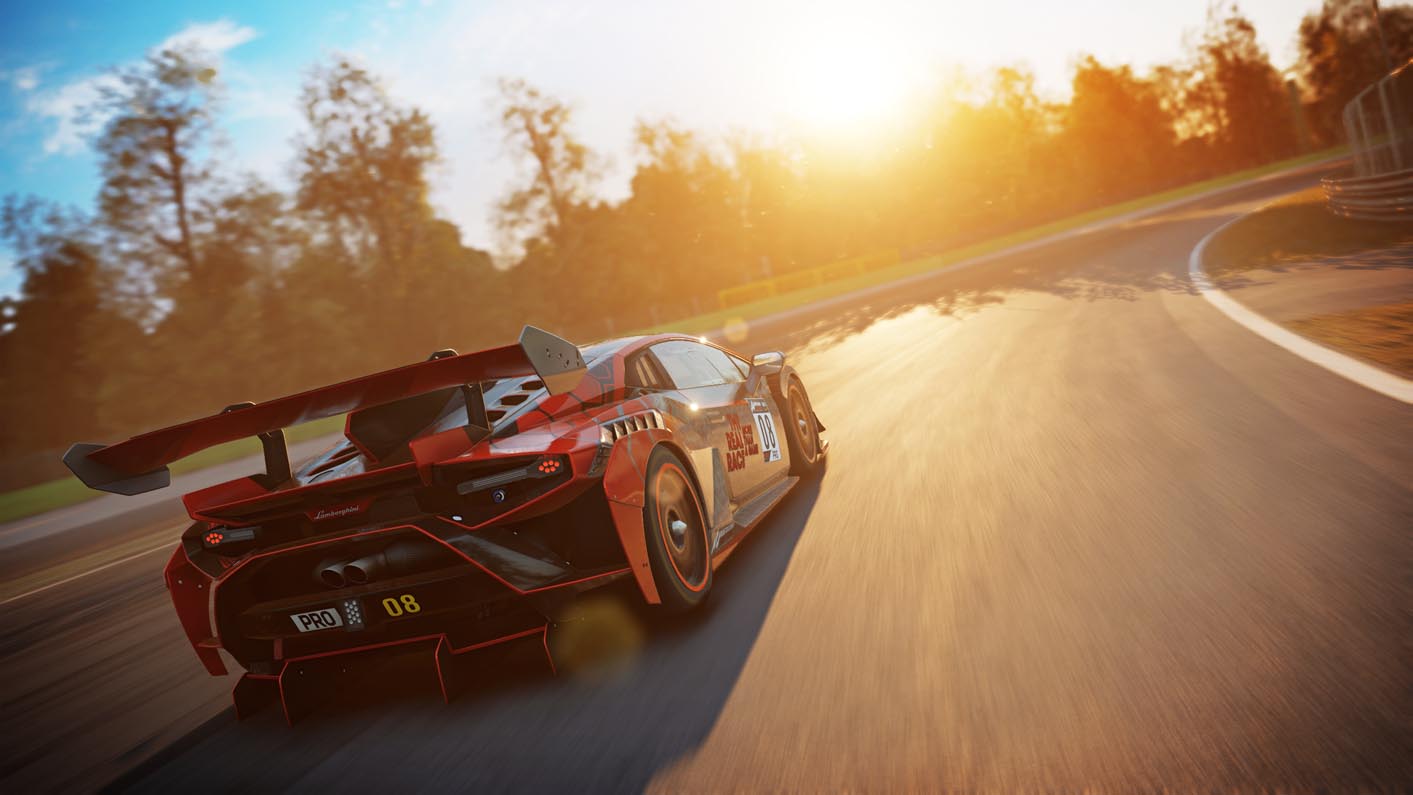 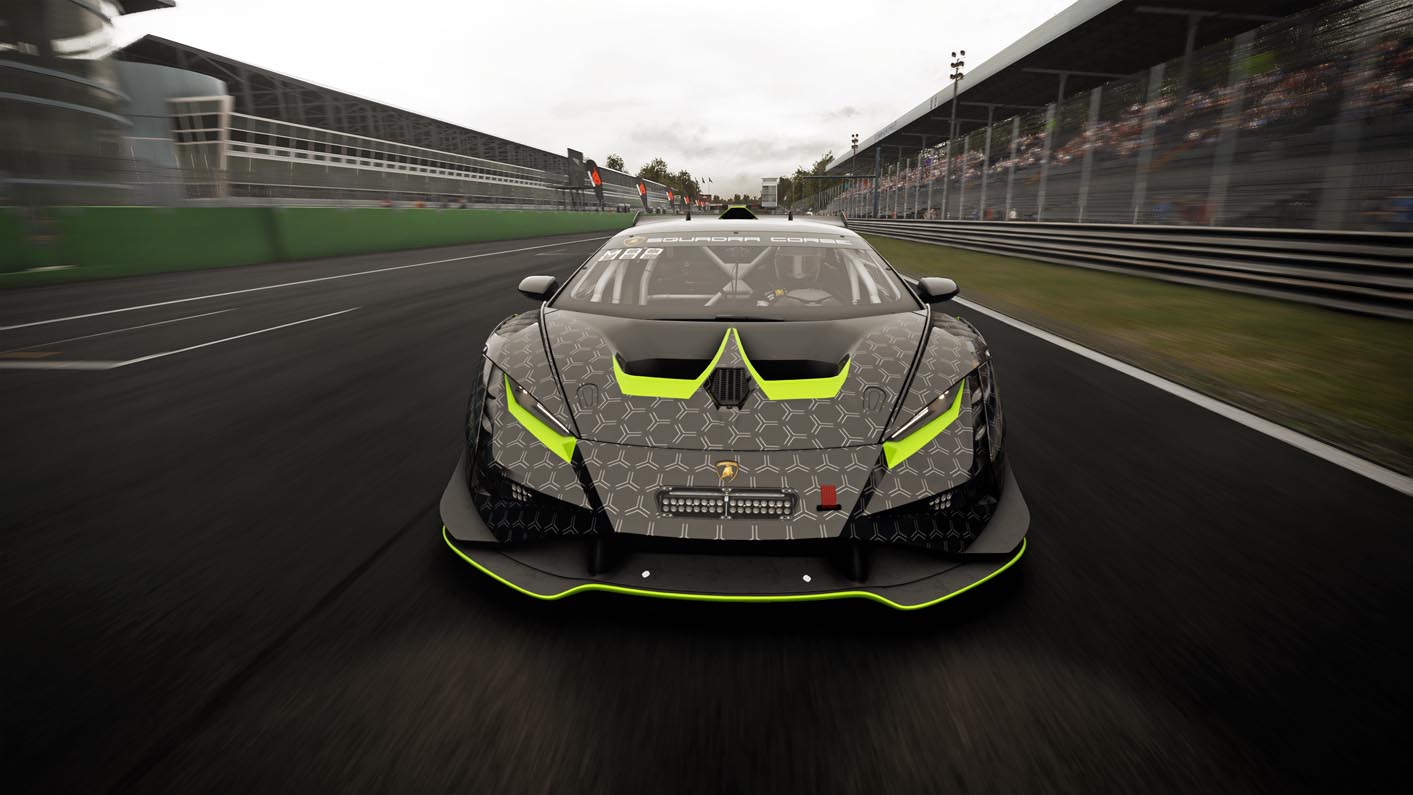 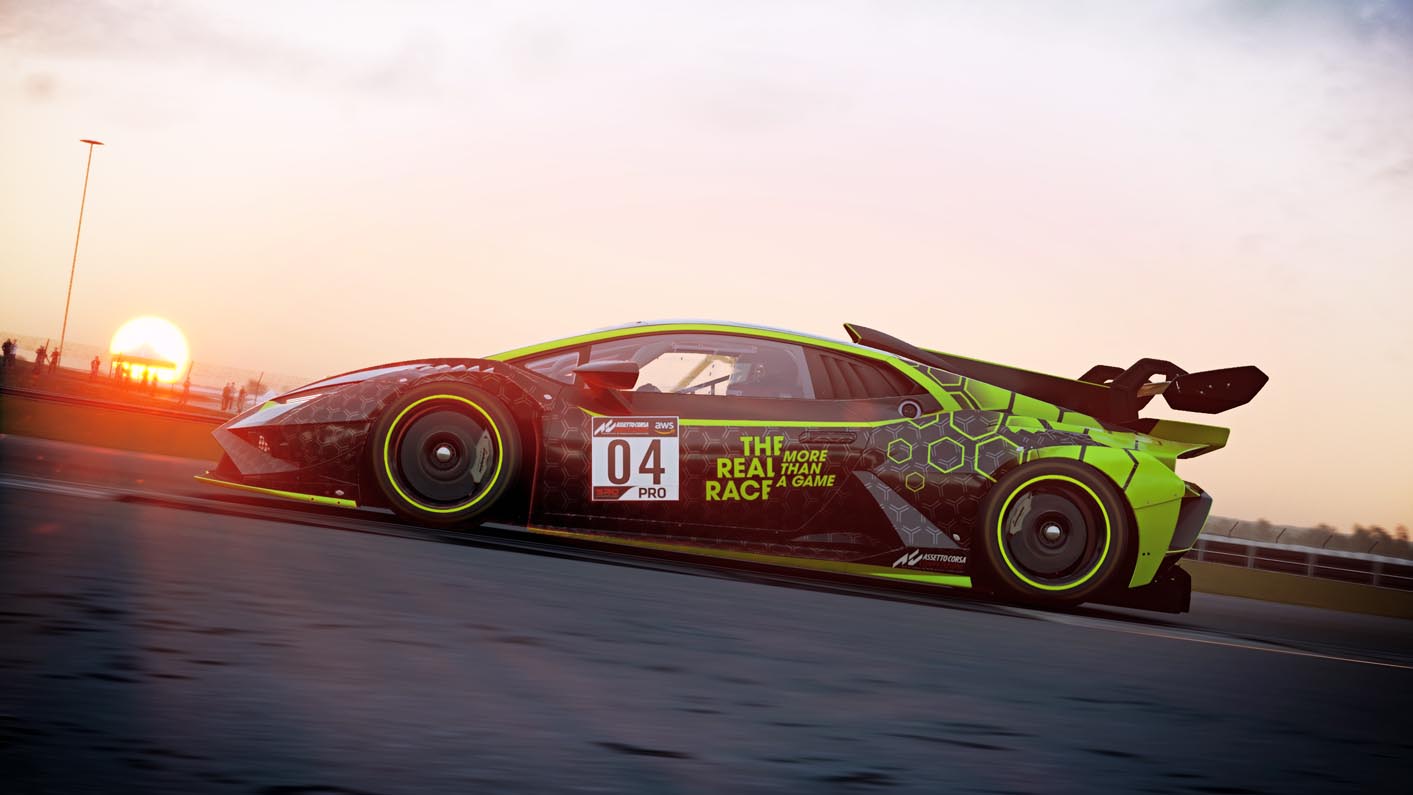 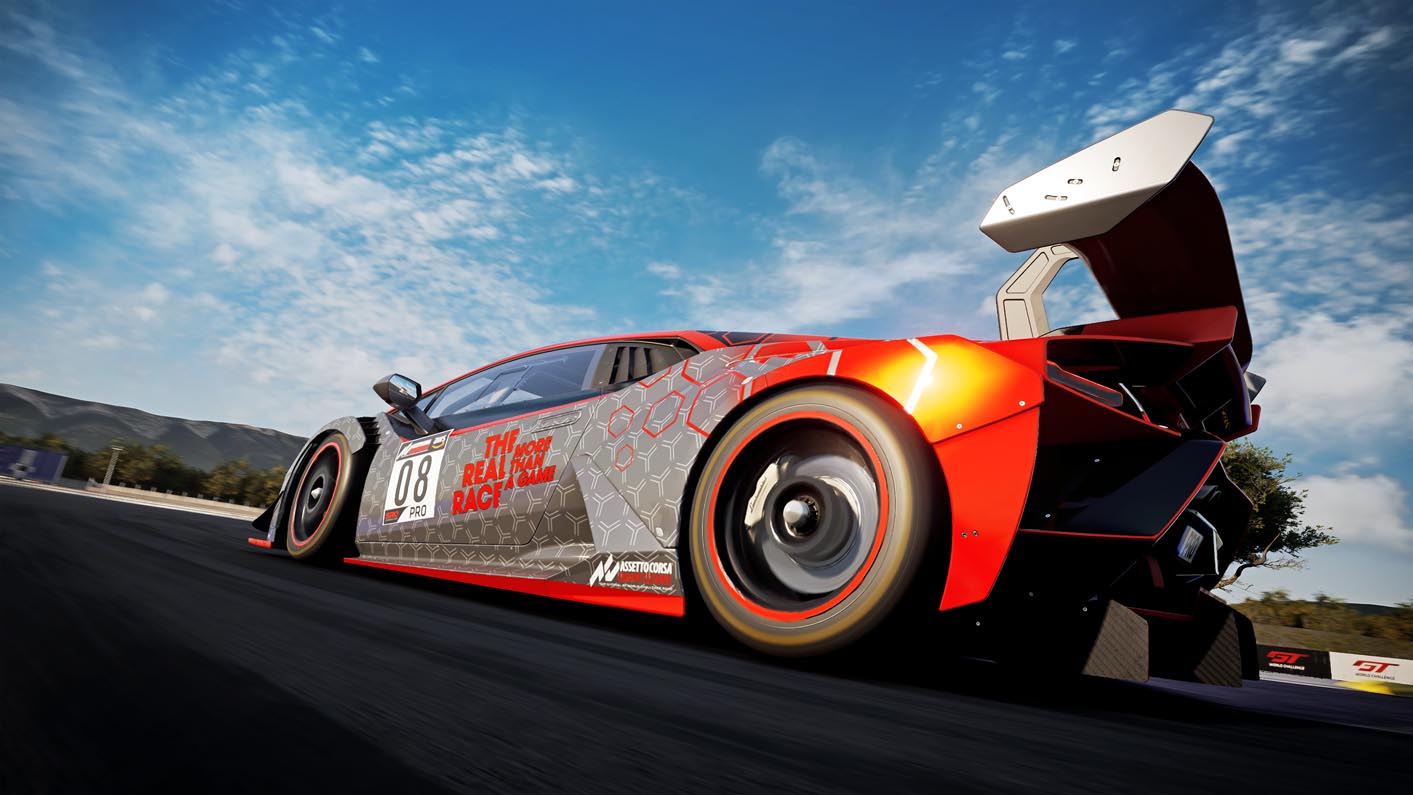