Lamborghini Aventador: The Super Sports Car That Has Broken All The Sales Records Of Its V12 Ancestors 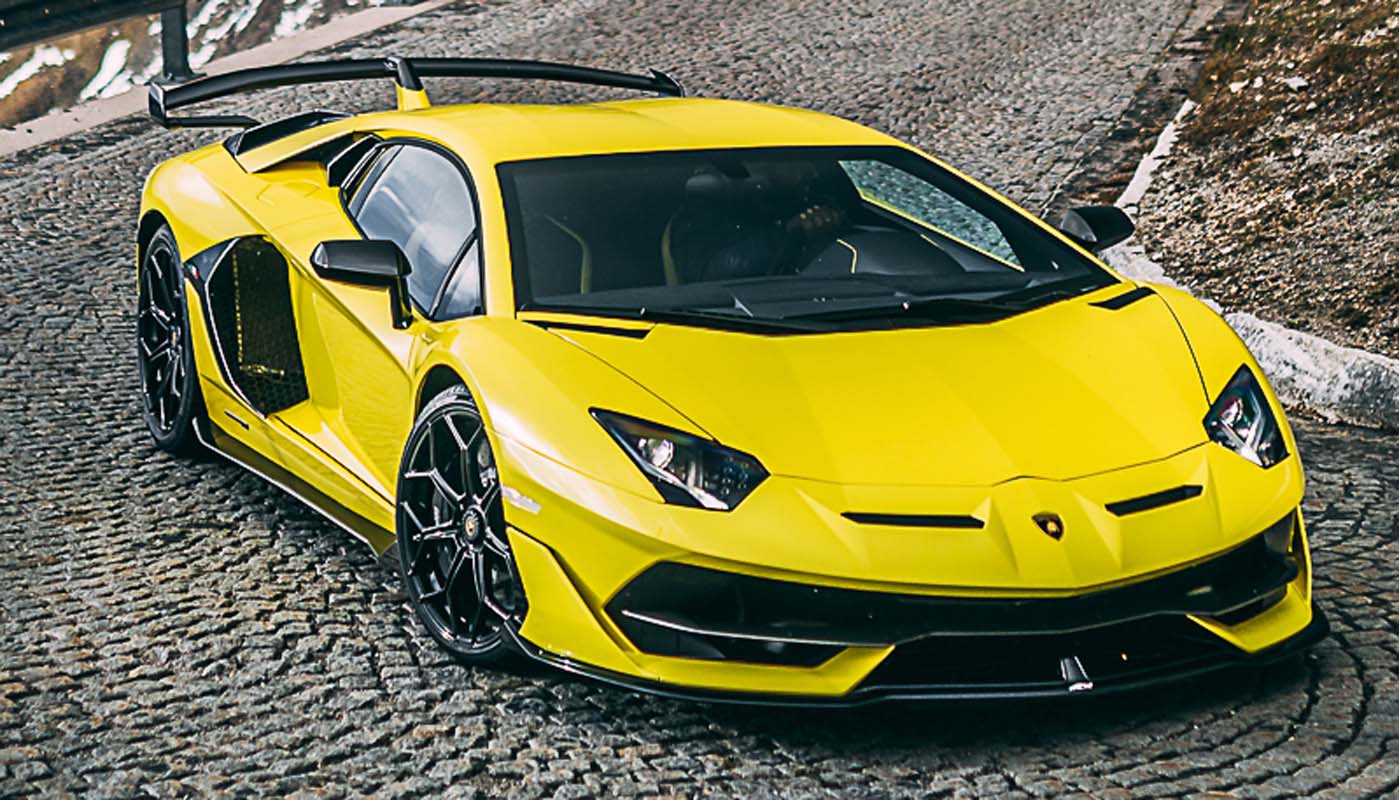 What is the secret behind a car that immediately became an icon and that has remained one for a full decade now? Was this super sports car, which has now become part of our collective imagination, born out a continuous search for perfection down to the last detail, or was it perhaps the result of a sharp discontinuity? The Aventador range debuted in 2011 in the coupé version as Aventador LP 700-4. A V12 engine designed and masterfully improved since 1963, the year the company was founded. The Aventador LP 700-4, with its carbon fiber monocoque never before seen in Lamborghini supercars, established Lamborghini’s leadership in the production and development of composite materials, making the Sant’Agata Bolognese car maker the first company to produce important carbon fiber elements in-house, and in a huge number.

Here is some trivia that you might not know about our 12-cylinder engine:
The best-selling V12 in Lamborghini’s history – More Lamborghini Aventadors have been sold than the total sum of all V12 models of the past. In September 2020, the company set the record of 10,000 cars sold when the total amount of all its predecessor models just topped the 7,000 threshold. It had exceeded all sales of the previous model, the Murciélago, already in its fifth production year.

Aventador “Walk of Fame” – The Lamborghini Aventador became the supercar par excellence in the collective imagination, the car accompanying the most famous heroes in Hollywood movies. The V12 co-starred in several movies that made Italian and world cinema history.

The Aventador is definitely one of the most important models of the Lamborghini 12-cylinder range, since it was cemented in the collective minds as the BatMobile. In 2012, we saw a Lamborghini Aventador LP 700-4 carrying the license plate “Gotham – 649 8227″, driven by Bruce Wayne (played by Christian Bale) in “The Dark Knight Rises”. However, it was not the first time that this franchise chose Lamborghini as the car representing its star. In “Dark Knight” (2008), the second installment of the series, a Lamborghini Murciélago LP640 was used, while in the first movie “Batman Begins” (2005), the hero drove a Murciélago Roadster.

The first Lamborghini to adopt the customizable Driving Mode – The Aventador is the first car on which Automobili Lamborghini implemented the MagneRide adaptive suspension – the first Lamborghini with rear-steering wheels.
The behavior of all its technological contents is managed using the driving mode selector that offers four possible variants: STRADA, SPORT, CORSA and the new EGO mode.

For each of these three areas, the customer can choose between STRADA, SPORT and CORSA as their favorite set-up to create an individual mode by altering the nature of the Aventador according to their mood.

The Aventador “Ultimae”
The latest Aventador version, the Ultimae LP 780-4, was introduced in 2021. Timeless design and technical solutions come together in their highest expression, giving rise to final version while awaiting the next generation of super sports cars that will be equipped with hybrid technology. Every specific element that makes this car iconic has a story to tell.

Starting from the exterior livery dedicated to the limited-edition Ultimae, which is hand-made by Lamborghini artisans, spending more than 40 hours of painstaking diligence to make an authentic work of art. And up to the interior embellished by ultralight materials, like the carbon fiber also found on the exterior and the Alcantara that in this limited edition is processed based on a special laser cutting with the small Y motif along the entire passenger compartment.

Completing the set-up is a carbon fiber plate commemorative of the limited edition of only 350 units that unequivocally expresses the rarity and value of this latest Lamborghini execution. The longitudinal rear aspirated V12 engine of the Ultimae, at the maximum level of its potential with 780 hp, is a true one-of-a-kind in the world scene. Featuring cylinders at a 60-degree angle, the V12 generates a perfectly harmonious sound. If you wanted to make a fair comparison, you could say it is akin to that of an old violin that improves its response as the years go by. 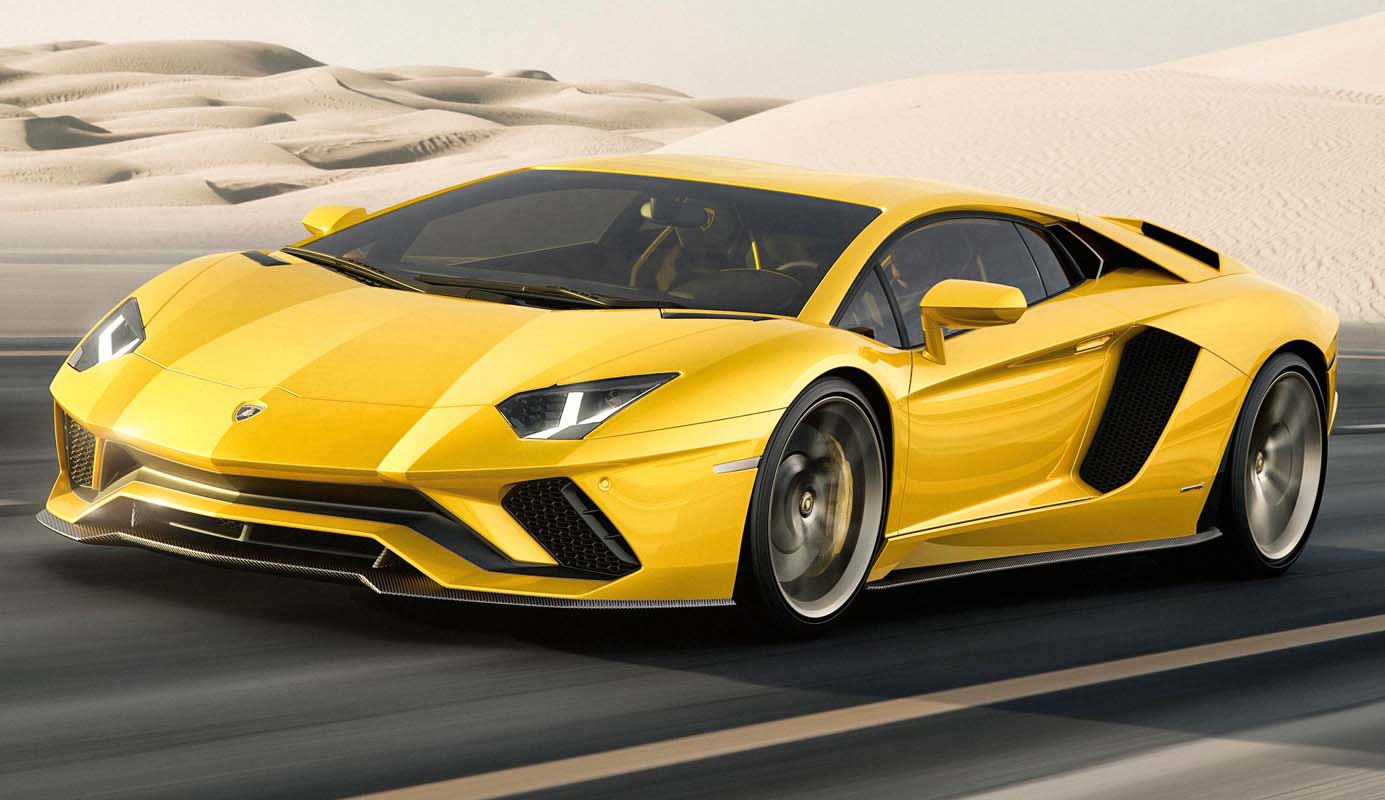 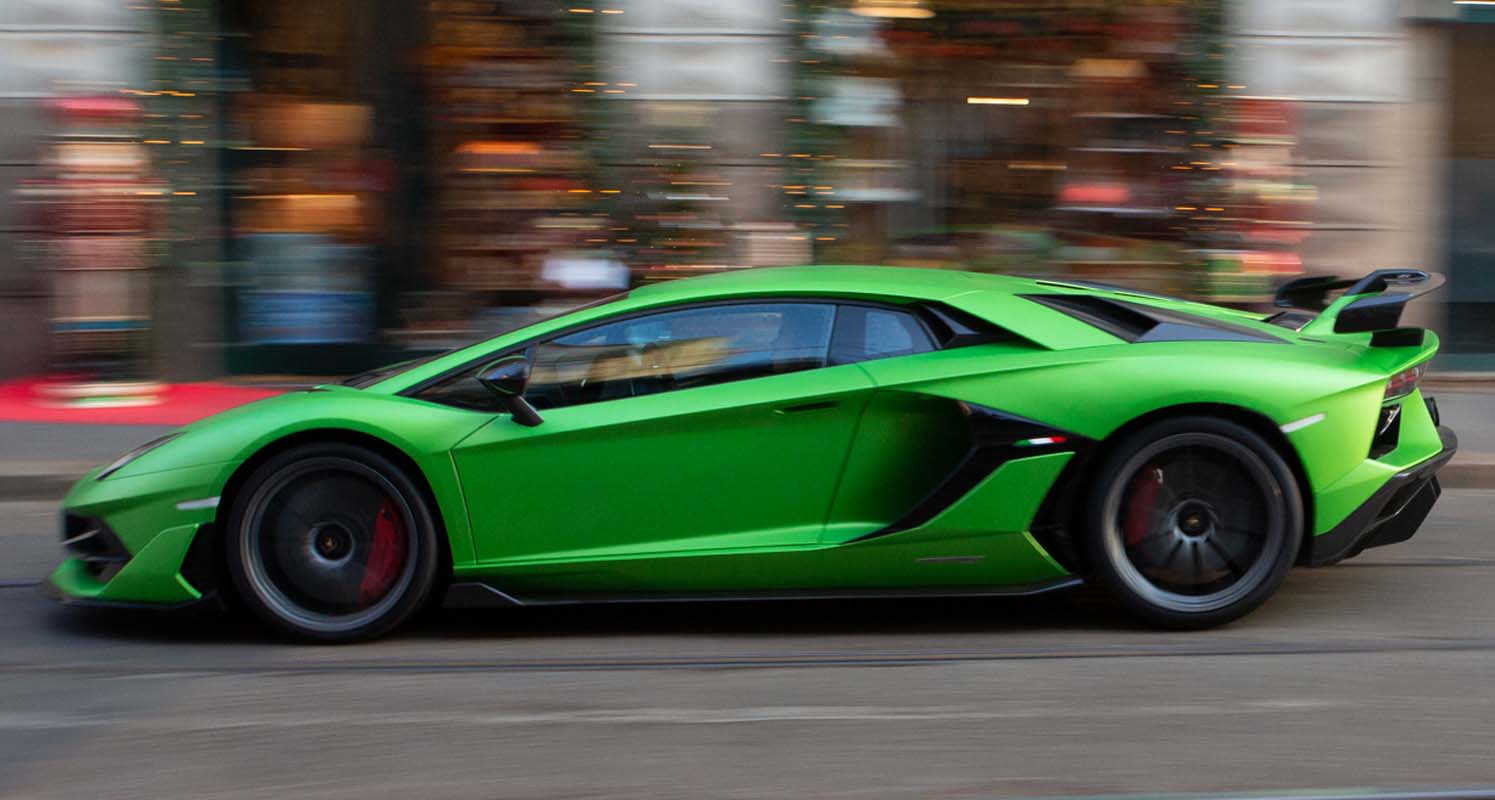 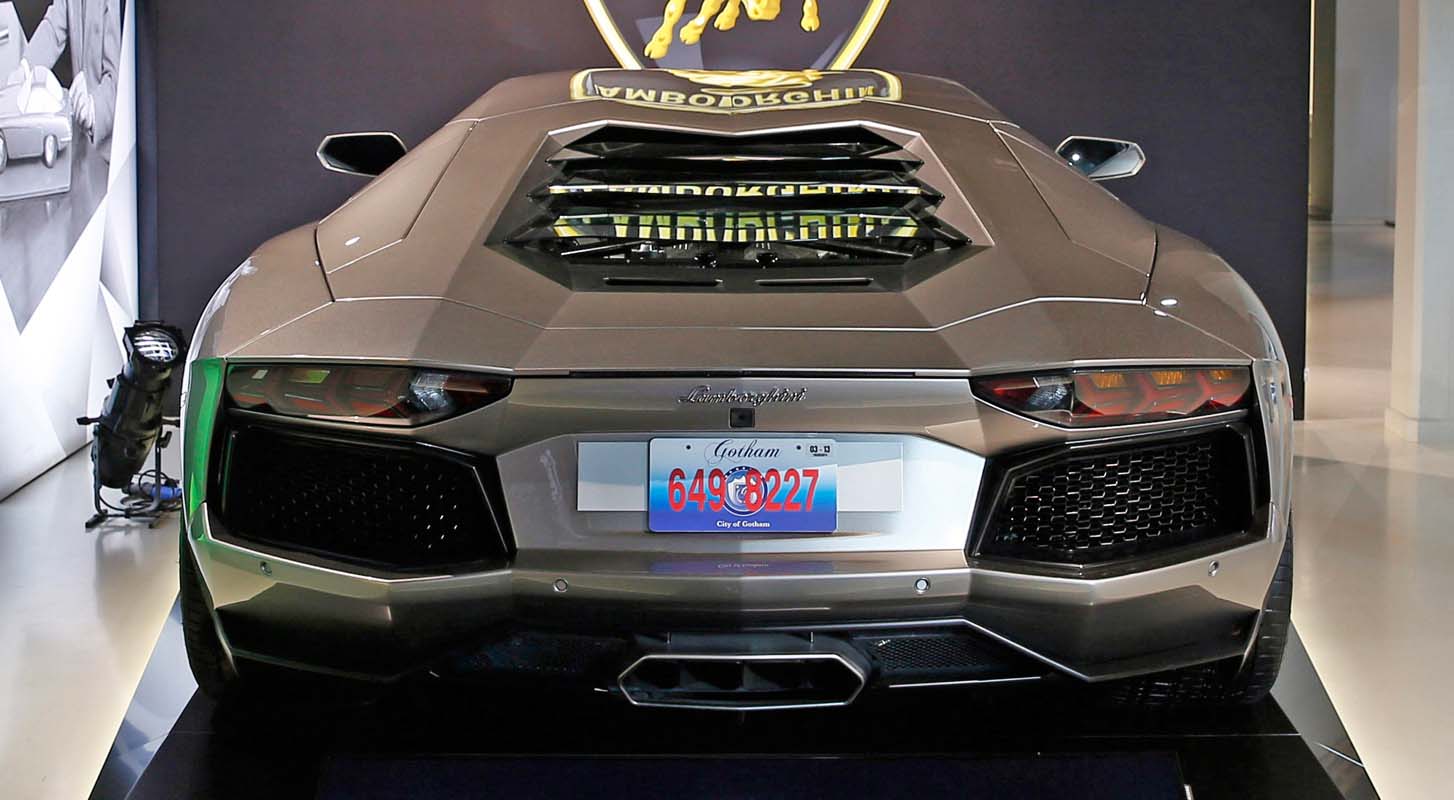 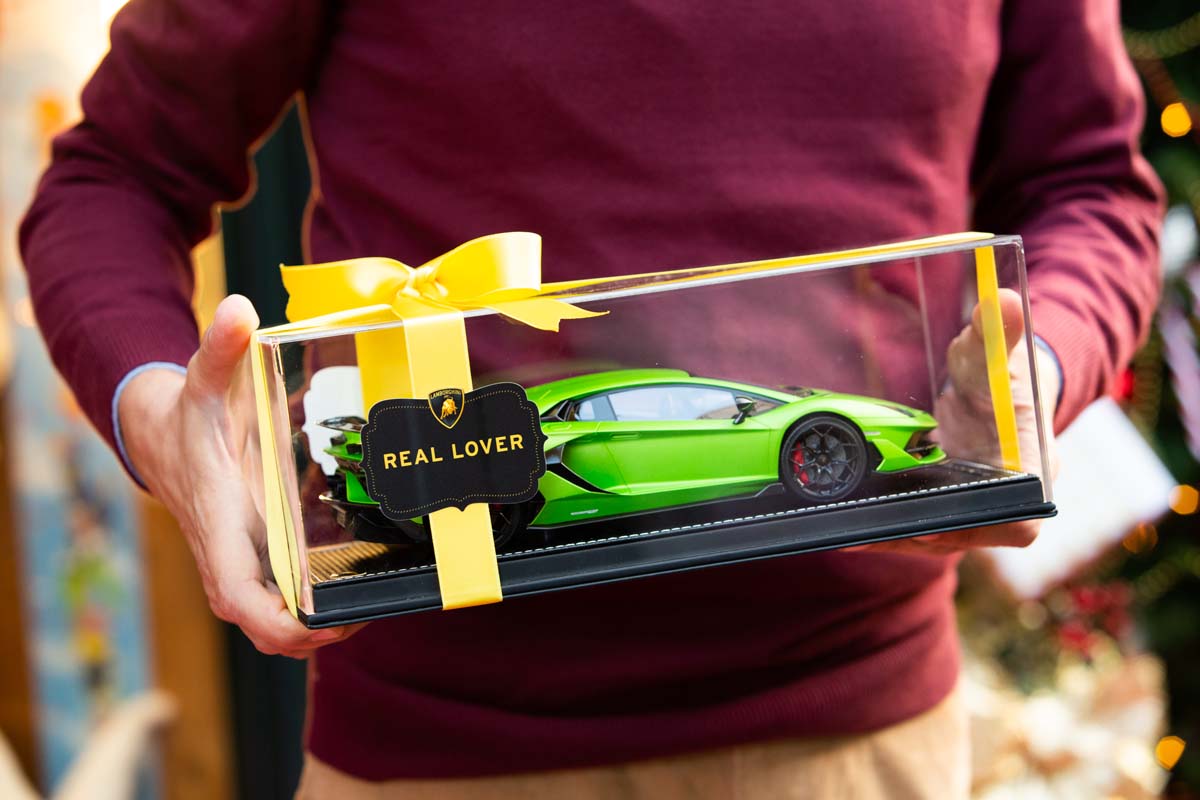 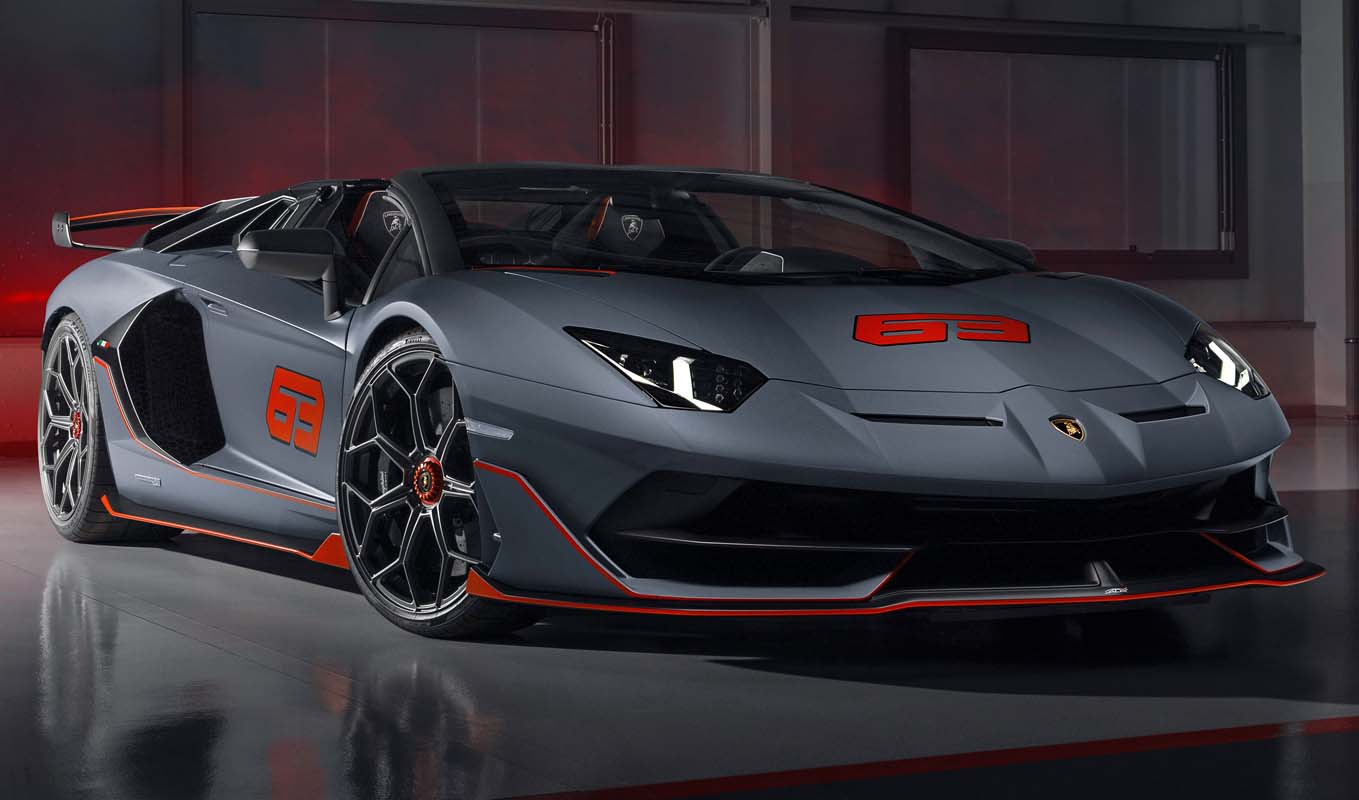 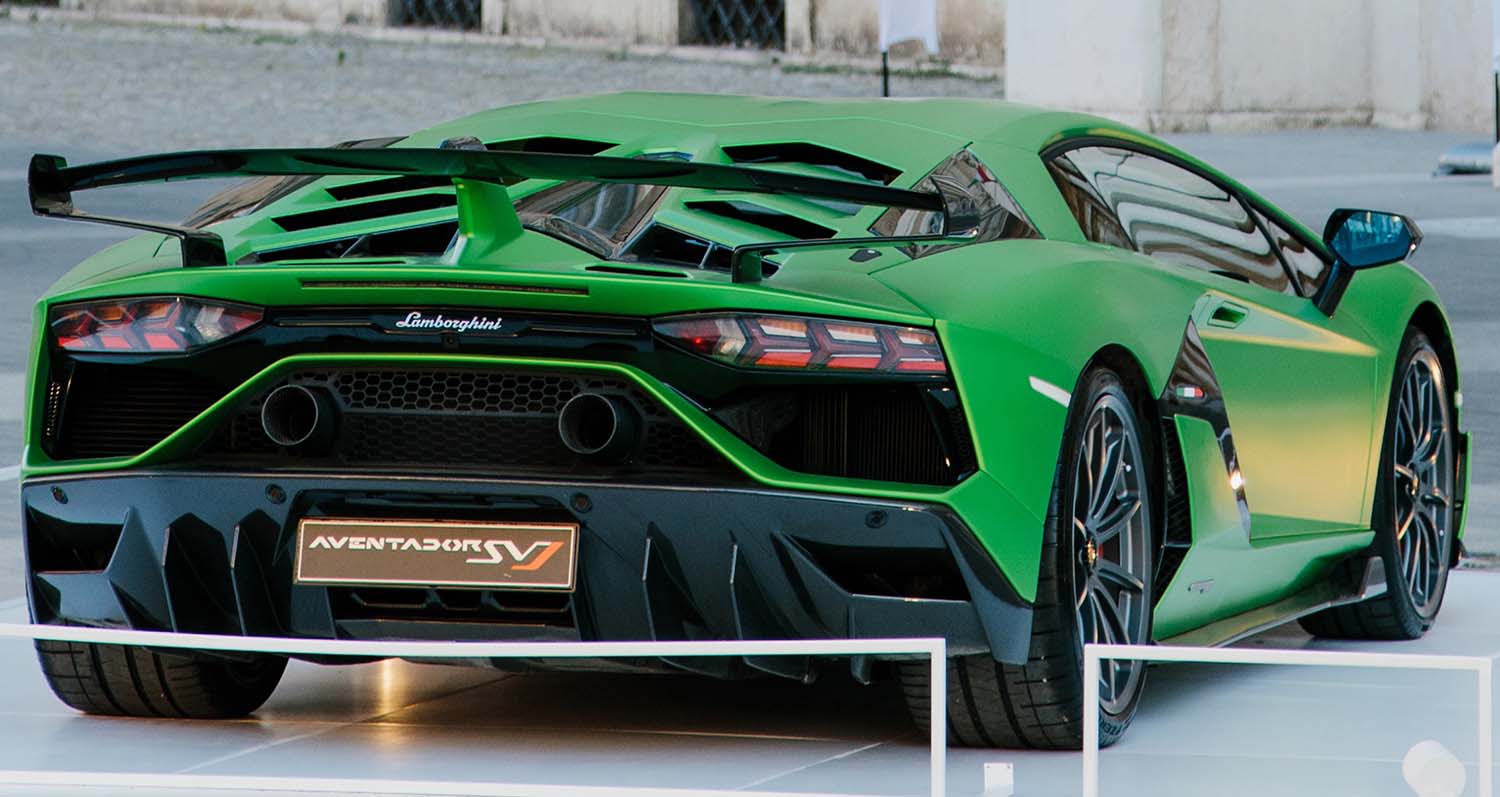 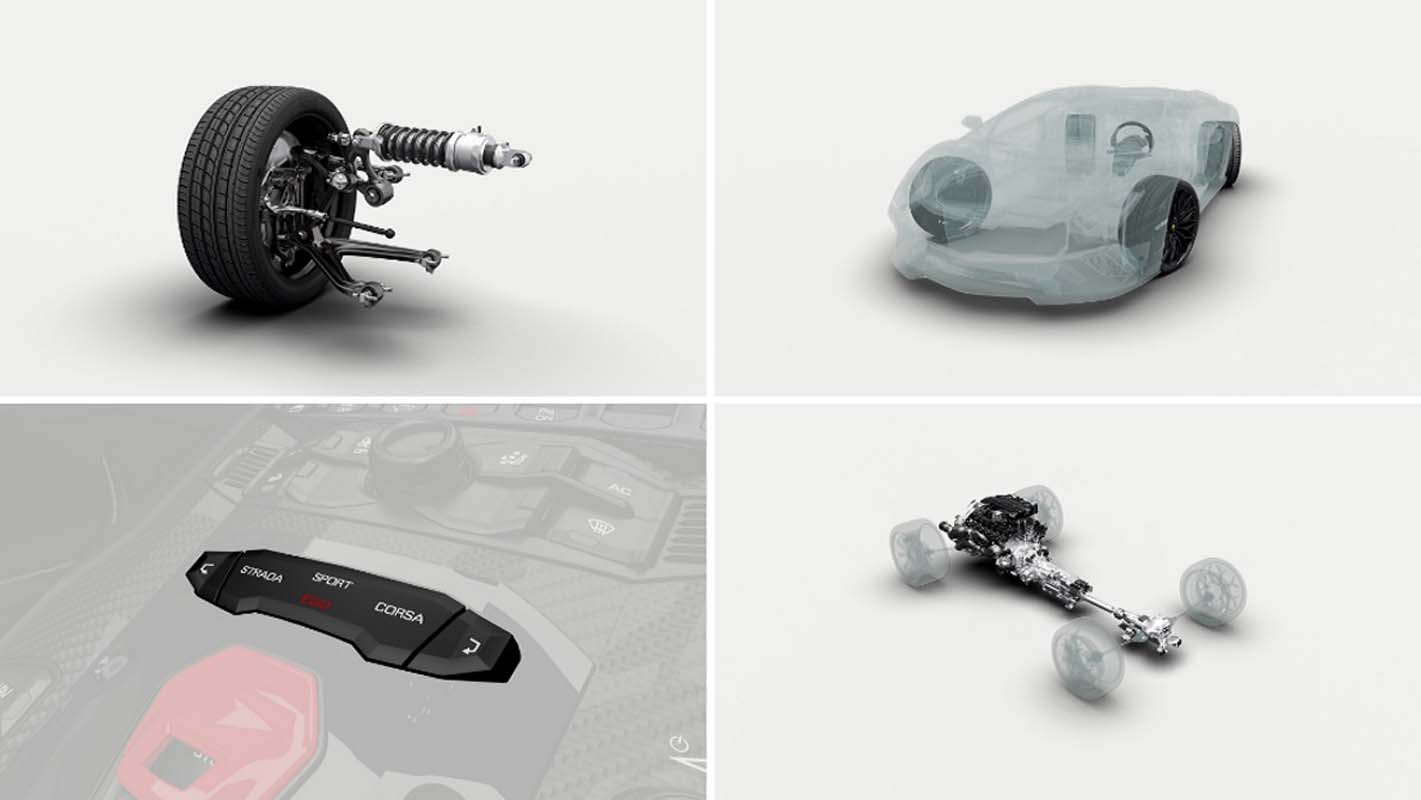 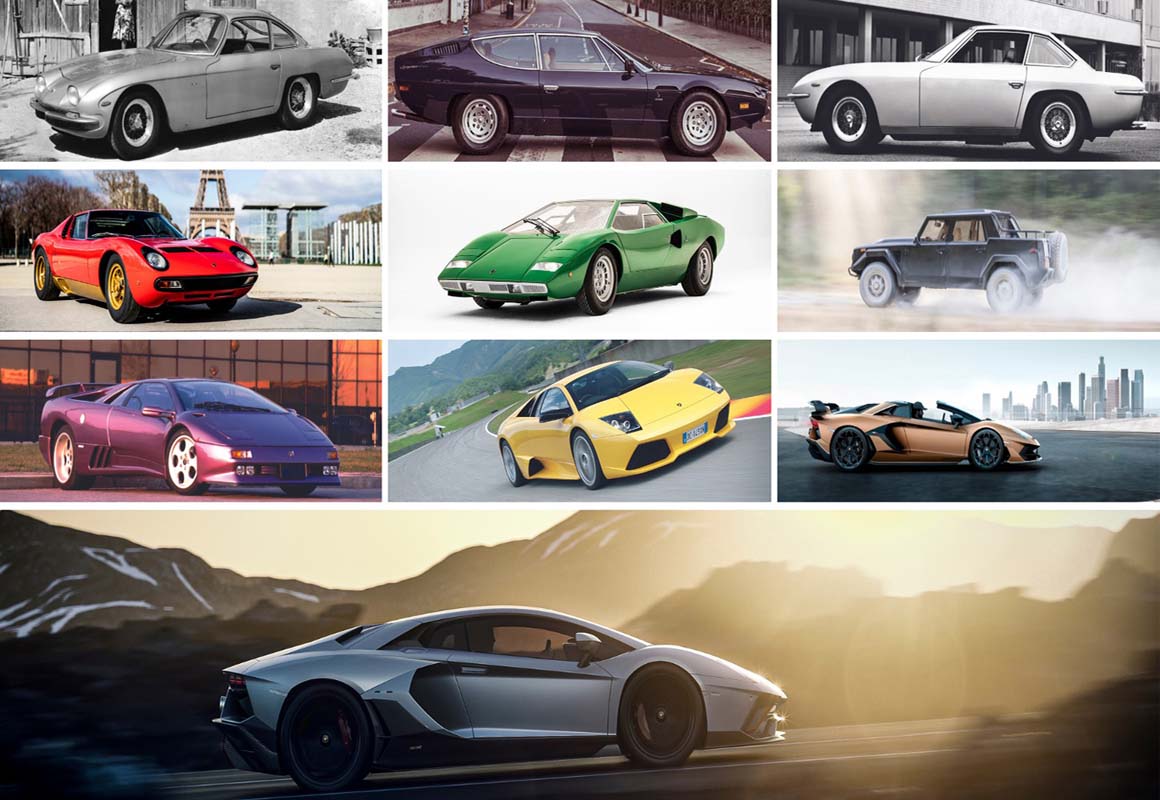 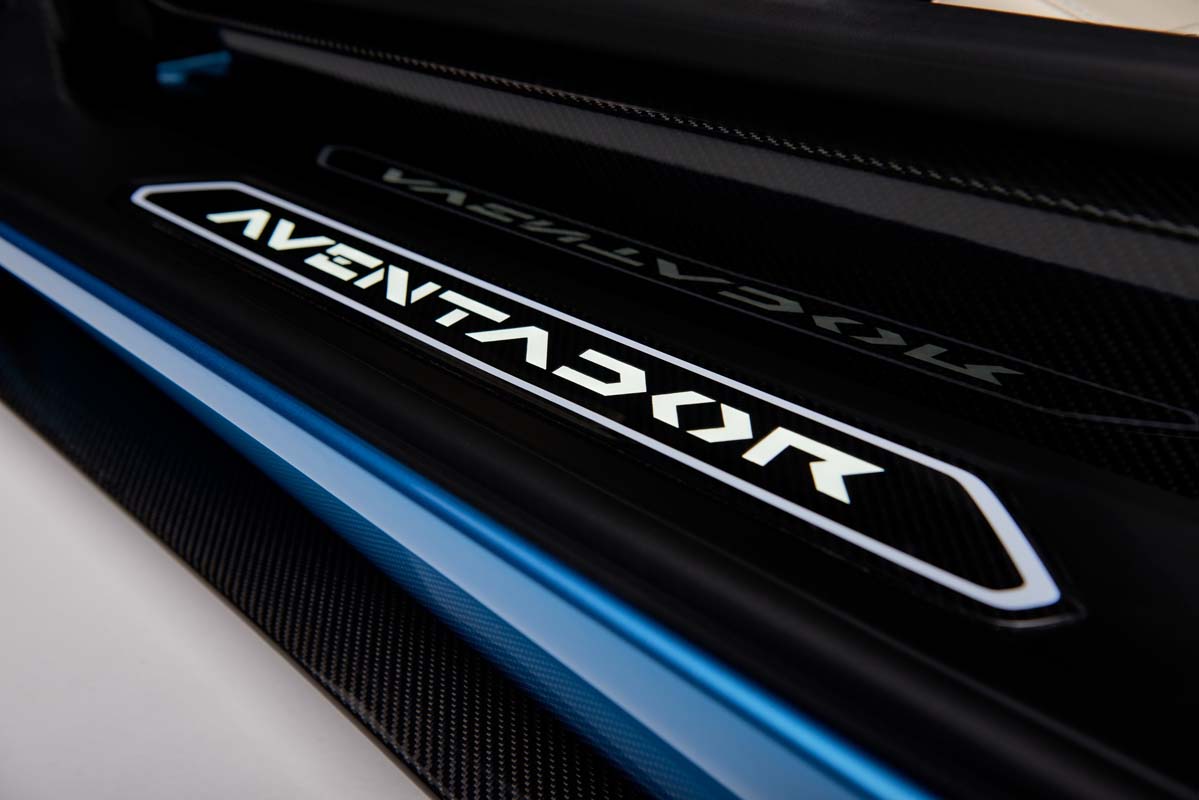 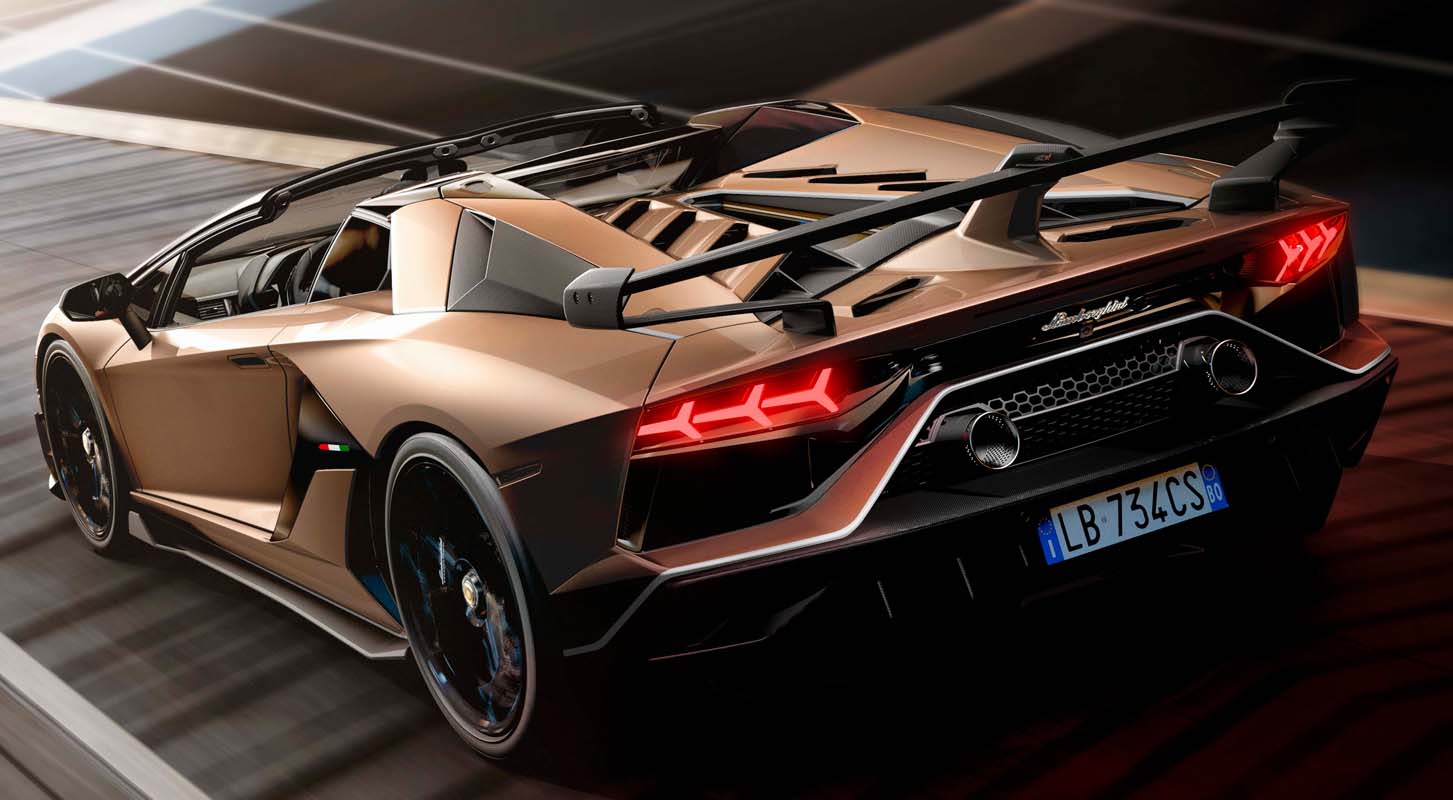 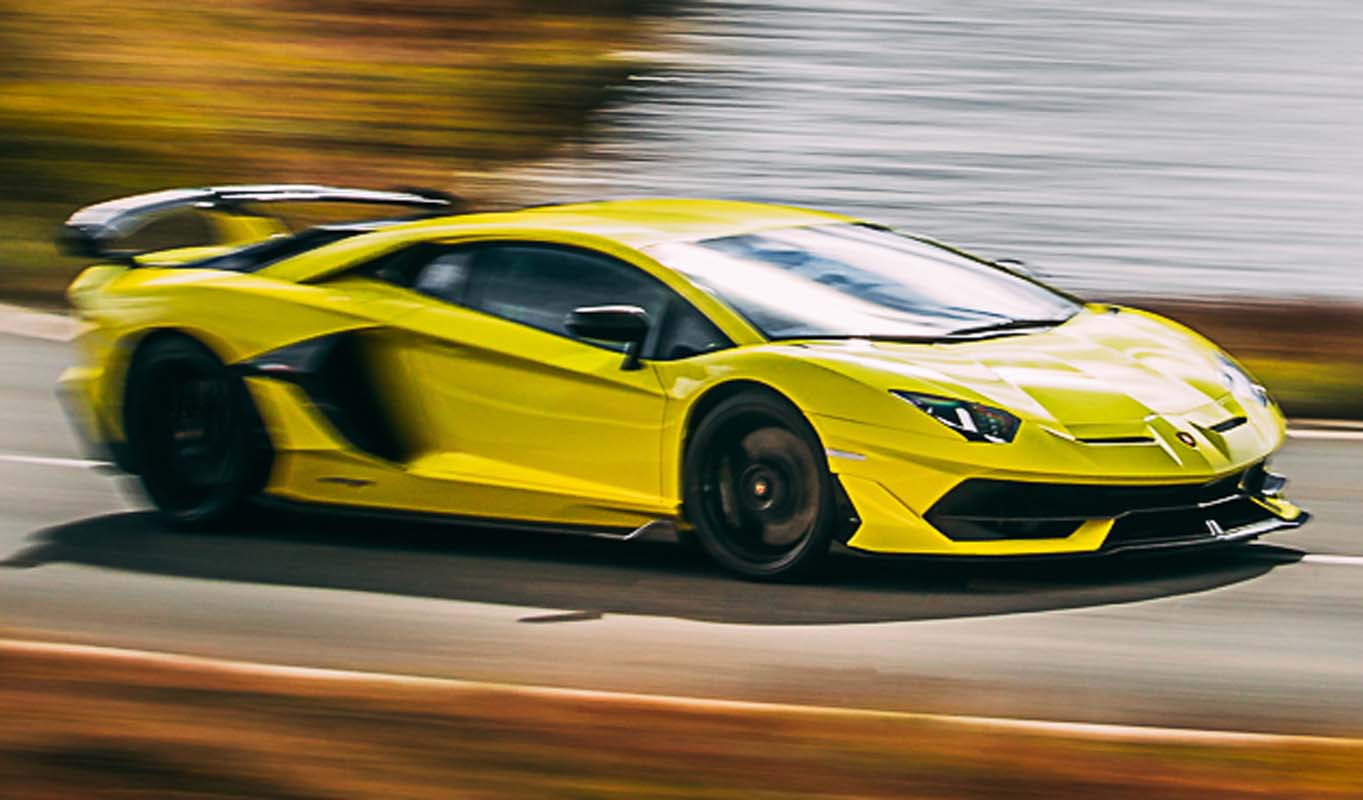 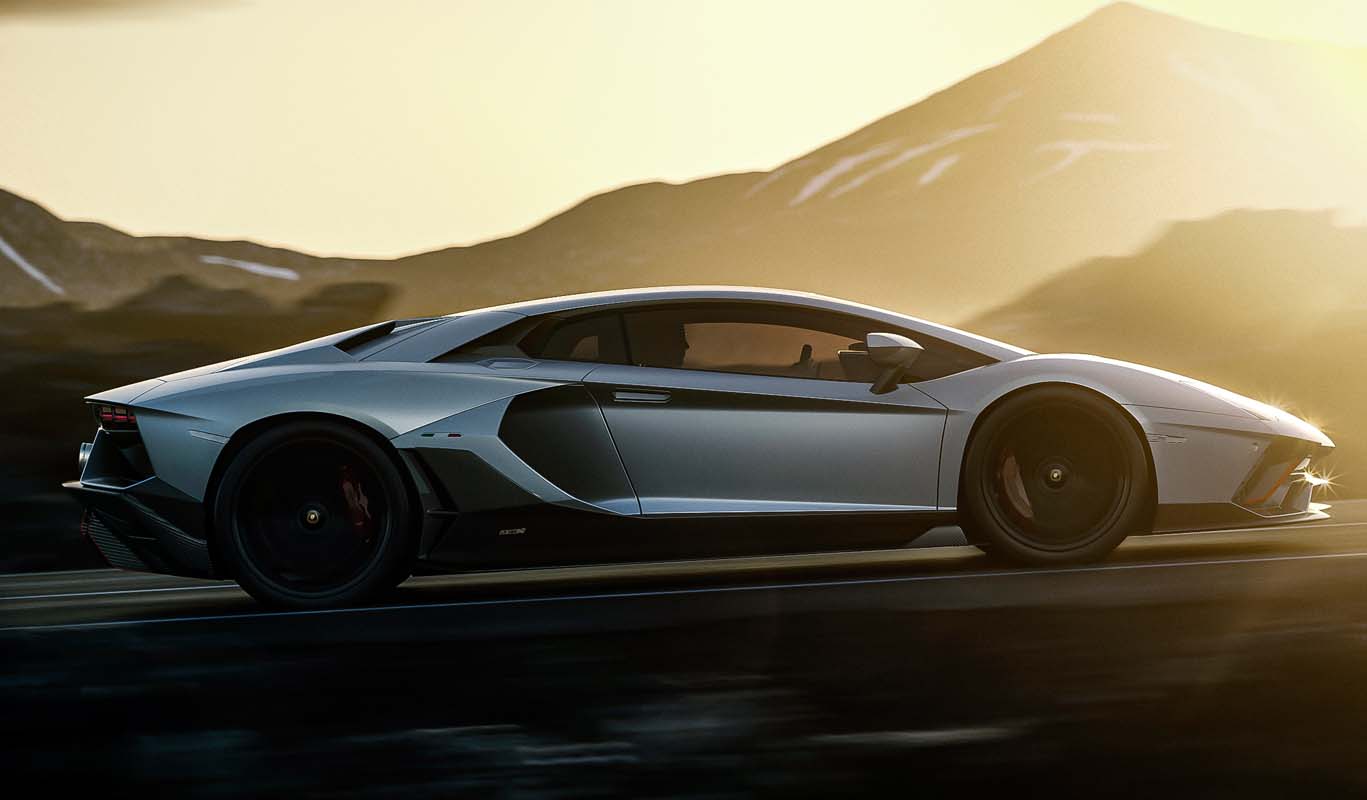 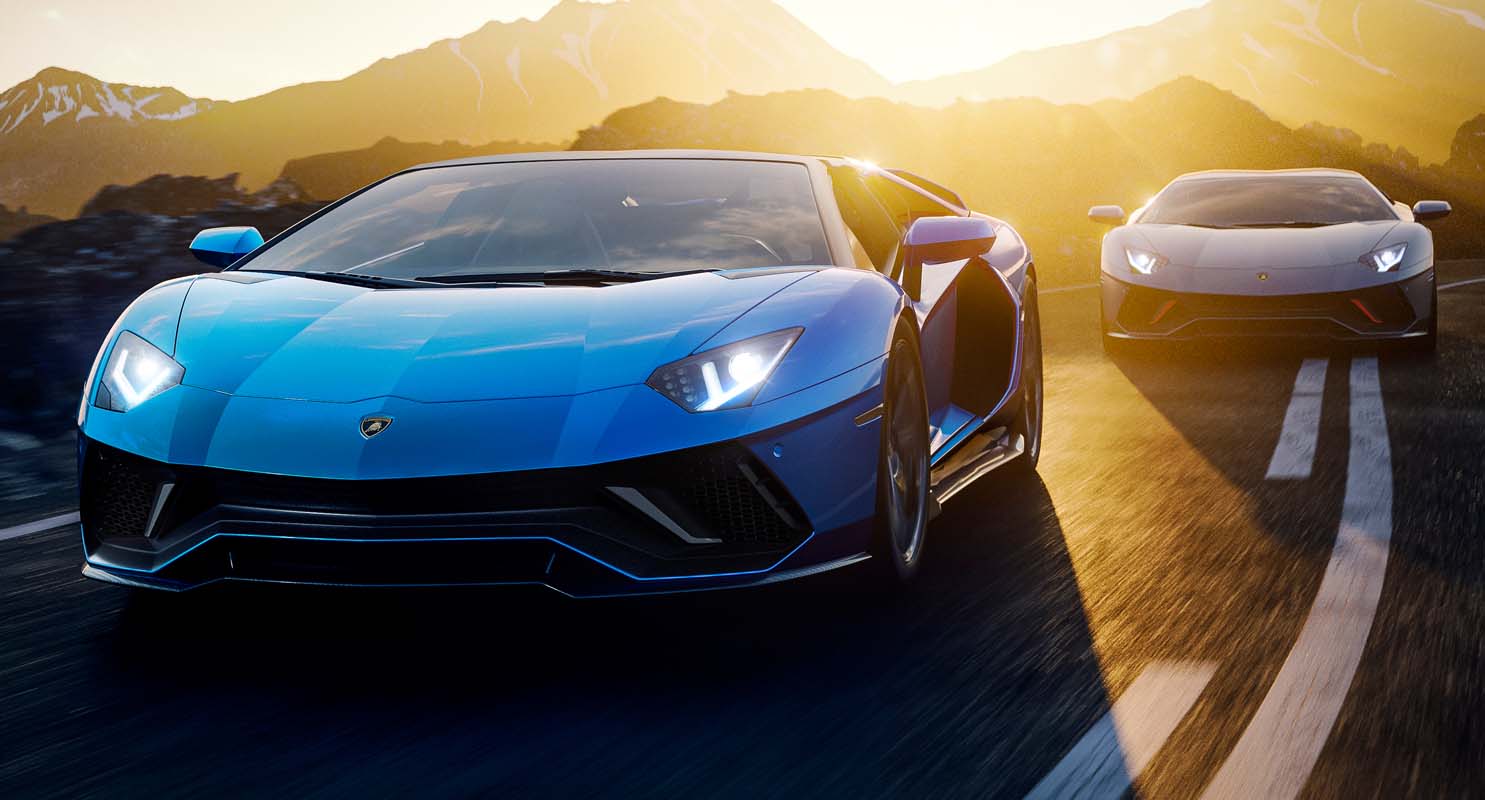