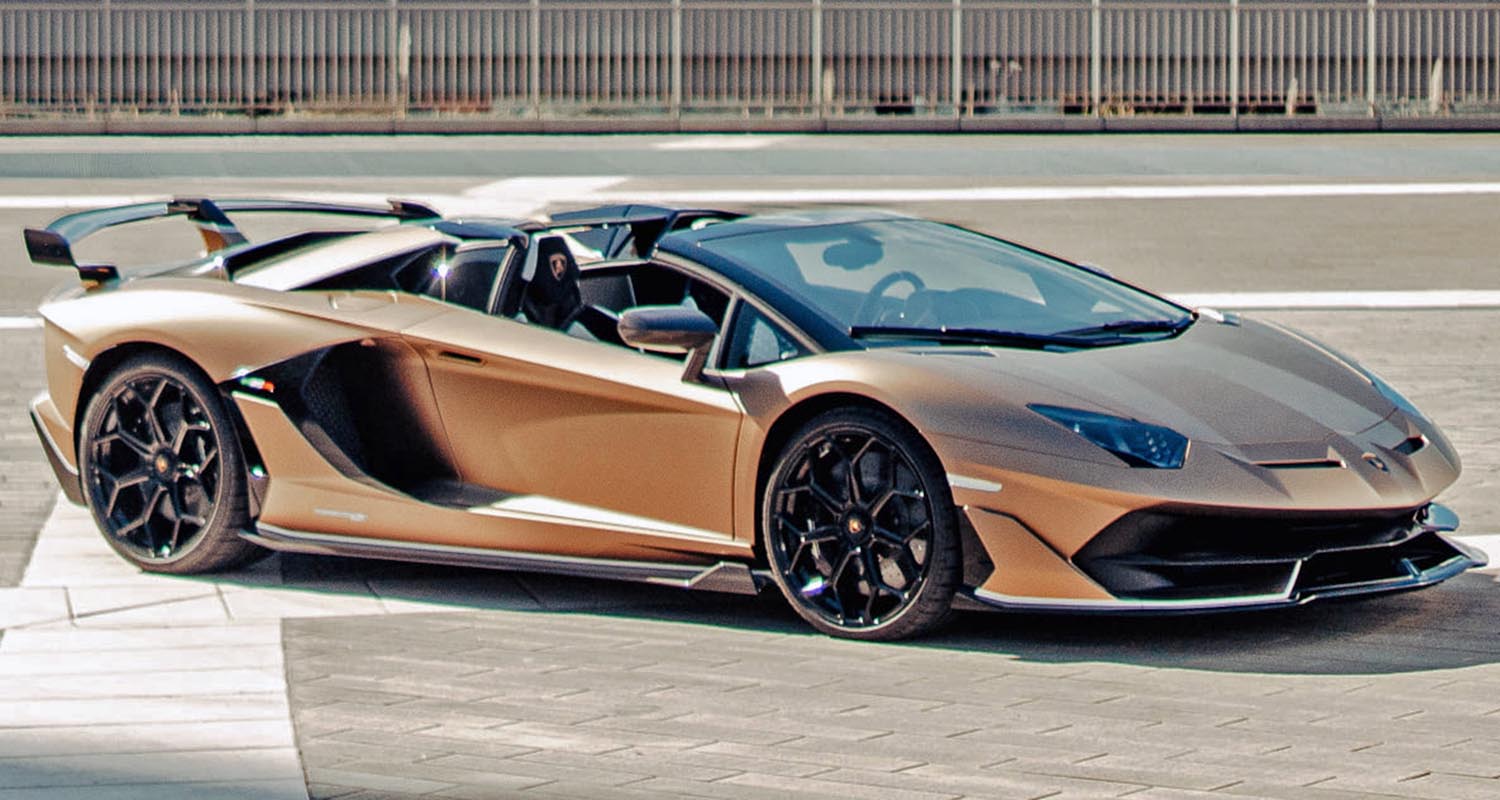 The Lamborghini Aventador SVJ Roadster made its worldwide debut at the 2019 Geneva Motor Show, presented by Automobili Lamborghini alongside the new Huracán EVO Spyder. The open top version of the coupé, the Aventador SVJ Roadster upholds the exceptional performance, handling and aerodynamic superiority of the SVJ, with its unique roadster design granting an exclusive open air exhilaration to both driver and passenger.

“The Aventador SVJ Roadster inherits all the power, performance and ground breaking aerodynamic technologies of the coupé, but with its own iconic presence and prowess,” says Chairman and Chief Executive Officer of Automobili Lamborghini, Stefano Domenicali. “It is as fundamentally exciting to drive as the Aventador SVJ but with an added exclusivity: the option of the open air. With the same extraordinary performance roof on or off, the Aventador SVJ Roadster incorporates the dynamism of the coupé with the unique spirit of a Lamborghini roadster.”

The SVJ Roadster sports the ‘Super Veloce’ for superfast and ‘Jota’ suffixes, signifying the car’s performance and track prowess: its coupé stablemate took the Nürburgring-Nordschleife production car record lap-time and the roadster is no less a futuristic, driver’s car. Benchmark performance comes from the most powerful series production V12-engined car produced to date by Lamborghini, outputting 770 hp (566 kW) at maximum 8,500 rpm. The SVJ Roadster delivers 720 Nm of torque at 6,750 rpm, with a weight-to-power ratio of 2.05 kg/hp. The SVJ accelerates from standing to 100 km/h in 2.9 seconds and from 0 to 200 km/h in 8.8 seconds. A top speed of more than 350 km/h is complemented by a braking distance of 100 km/h to 0 in 31 meters.

The roadster roof, constructed from high pressure RTM carbon fiber, is removable via quick-release levers in the cabin, and securely stored under the front hood. Weighing less than 6 kg each part, the roadster adds only 50 kg to the SVJ coupé’s weight of 1,525 kg.

Just 800 units will be produced of the Aventador SVJ Roadster. The car shown in Geneva in the new matt color bronzo zenas (bronze) features a special Ad Personam livery in bianco phanes (white). The livery emphasizes the sharp lines of the front and rear bumpers and further enriches the specifically redesigned engine bonnet.

A roadster in coupé clothing

The SVJ Roadster sports the Aventador SVJ’s design purity, inspired by super-fast, super-athletic, aeronautical references such as space ships and jet fighters as well as race motorbikes. The Roadster’s lines, with roof on or off, clearly identify its aerodynamic design and superiority, delivered by the latest 2.0 version of ALA: Aerodinamica Lamborghini Attiva, Lamborghini’s patented active aerodynamics system.

The ALA system actively varies aero load to achieve high downforce or low drag, depending on dynamic conditions using electronically-actuated motors positioned in the front splitter and the rear wing. Using Lamborghini Dinamica Veicolo Attiva 2.0 (LDVA 2.0), dedicated algorithms supported by an improved inertial sensor platform govern all the car’s electronic systems in real time, activating the ALA system flaps in less than 500 milliseconds to ensure the best aerodynamic set-up of the car in every driving condition. When ALA is off, the active flaps are closed and the rear wing, produced entirely in carbon fiber, acts as a traditional fixed wing, generating maximum downforce for high speed cornering and full brake conditions. When ALA switches to ‘on’ the flaps are opened, reducing air pressure on the front spoiler and directing air flow via an inner channel and through the specially-shaped vortex generators on the underside of the car. Flaps in the central pylon also open to stall the rear wing, all drastically reducing drag and optimizing conditions for maximum acceleration and top speed. 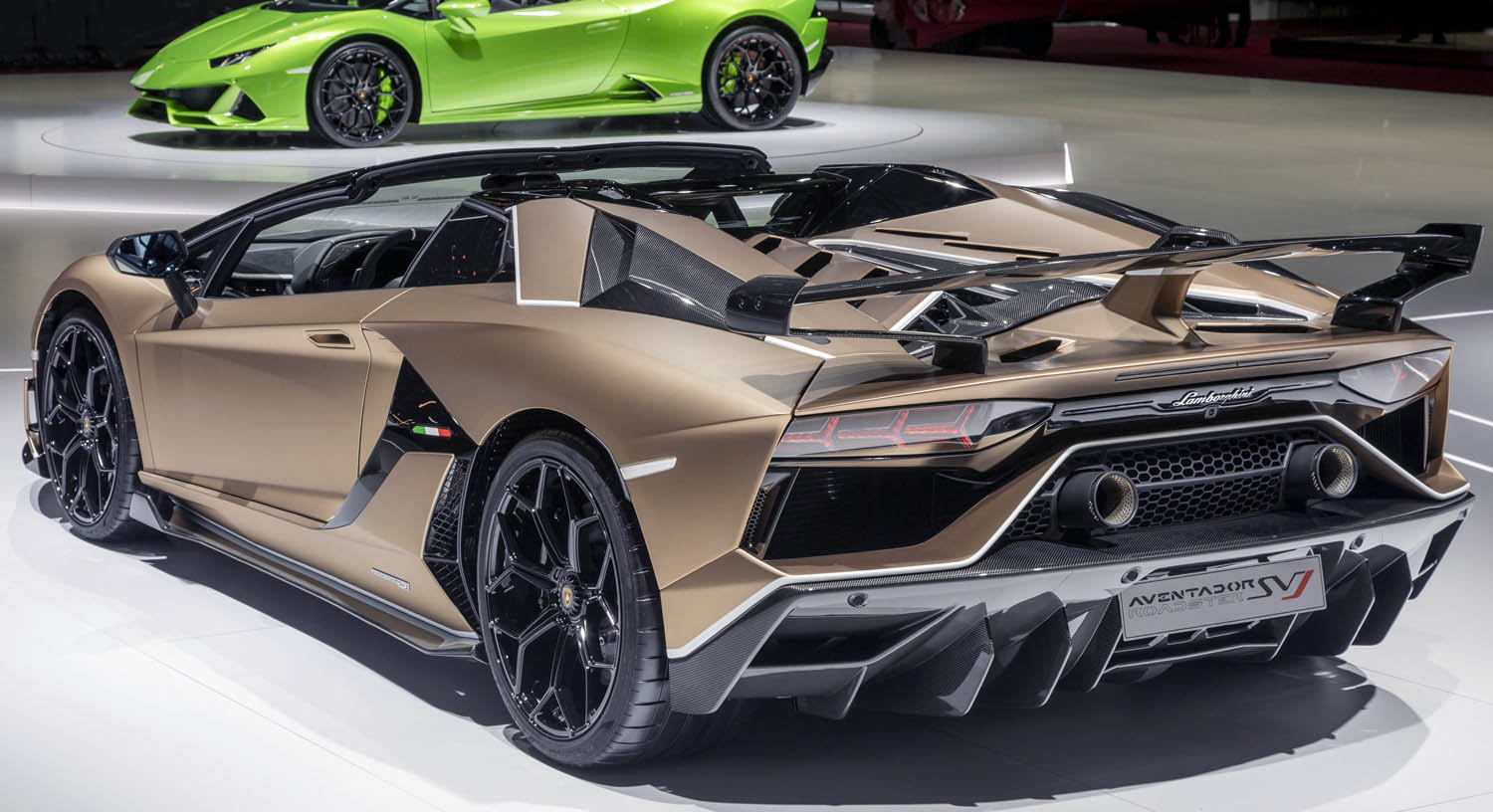 The aero vectoring system on the SVJ Roadster facilitates high speed cornering. The LDVA 2.0 instructs ALA to be switched on in either the right or left side of the wing depending on the direction of the turn. Increased downforce and traction on the inner wheel counteracts the load transfer in rolling conditions, optimizing the chassis’ momentum and requiring a reduced steering angle, improving the car’s overall dynamic stability.

Large side air intakes and front side fins increase airflow, aid cooling and reduce drag. Airflow over the roof is uninterrupted whether roof is on or off, and the overall result is an improvement by 40% of the total downforce compared to the Aventador SV Roadster version.

The Lamborghini Aventador SVJ Roadster’s rear-wheel steering provides exceptional high-speed stability and cornering agility while reducing braking distances and providing the feedback demanded in high-performance environments on both road and track. Lamborghini Dynamic Steering (LDS) is calibrated to provide both steering precision and natural feedback and the seven-speed Independent Shifting Road (ISR) gearbox is optimized for the SVJ Roadster’s power and torque.

The Aventador SVJ Roadster’s four-wheel drive system and ESC, specifically calibrated, ensure the best handling and driver experience in all grip conditions, also extreme ones, and ABS has been specifically tuned for the improved grip provided by dedicated tires and ALA system.

The Magneto Rheological Suspension (LMS) is calibrated for maximum body and wheel control with a focus on performance on road and track, with anti-roll bar stiffness improved by 50% compared to the Aventador SV Roadster. Both systems cooperate in compensating pitch and roll movement, maximizing the downforce generated by the underfloor. Even with the roadster’s roof off, stiffness is not compromised. 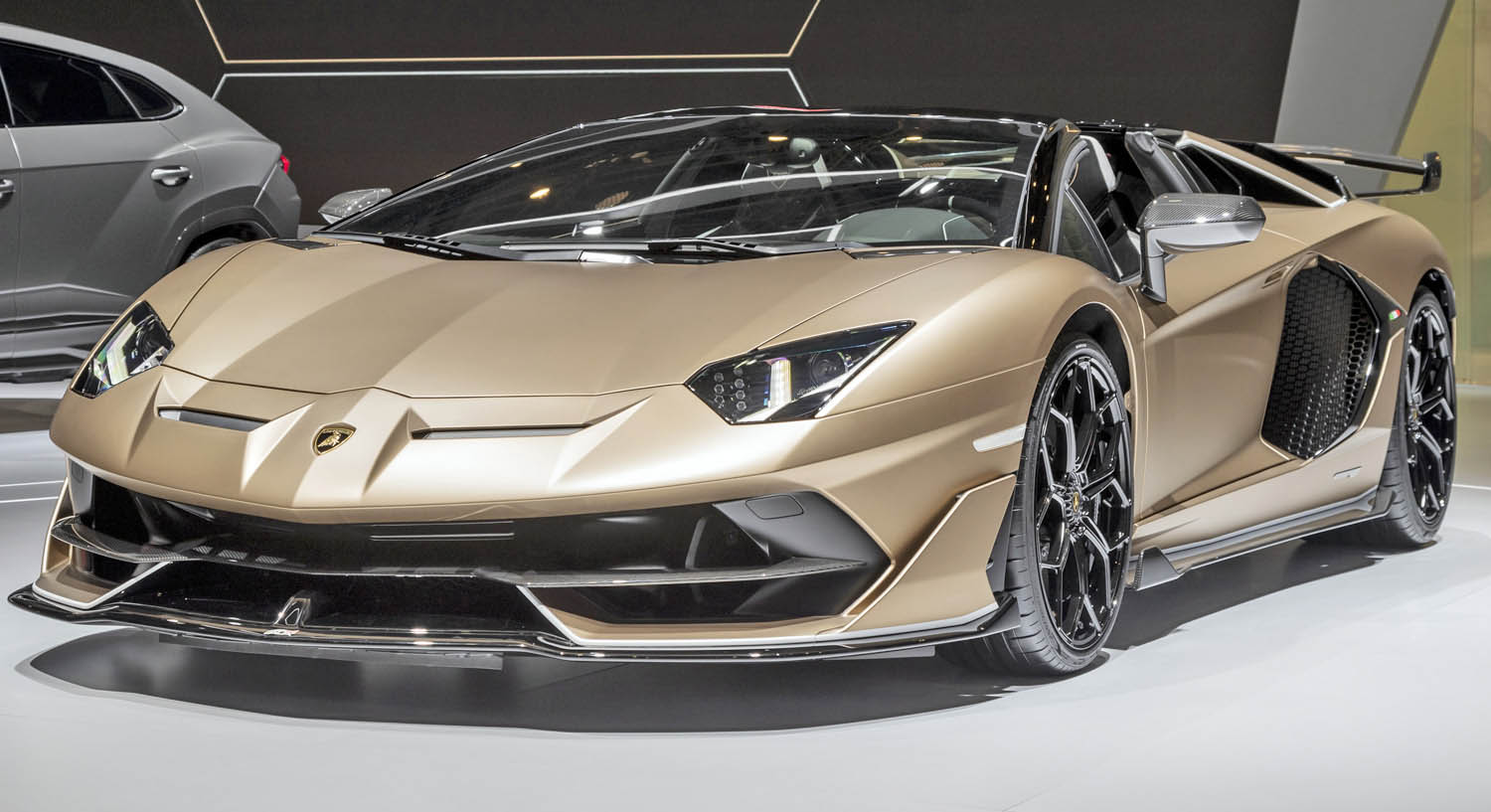 The Lamborghini Aventador SVJ Roadster provides an exclusive, fun-to drive experience, especially with the roof off, on road or track. The three driving modes STRADA, SPORT and CORSA are complemented by the EGO option, allowing the driver to fully customize his preferences for car set-up and they have been optimized to work together with ALA 2.0 active aerodynamics.

The SVJ Roadster’s occupants are assured a comfortable experience with the roof off, the driver can electronically open the rear window, which functions as a windshield when closed and when open, amplifies the unique sound of the naturally aspirated V12 engine.

The cockpit features Kombi graphics on the TFT digital dashboard display as well as showing live status of the ALA functions. The Navigation System and Infotainment System including AppleCarPlay as an option free of charge, allowing the cockpit’s occupants to manage voice activated communications and entertainment from personal Apple devices.

The specification of the Aventador SVJ is virtually limitless through Lamborghini’s Ad Personam customization program, and the car on display in Geneva shows only one of almost 350 colors available. In the interior every single leather and Alcantara part can be specified upon customer demand. The program is offered through every authorized Lamborghini dealer and it is also possible for customers to access a very exclusive area in the Lamborghini factory to create a unique car.

Price of the Lamborghini Aventador SVJ Roadster and market delivery

The first customers will take delivery of the new Lamborghini Aventador SVJ Roadster in summer 2019 with suggested retail prices as follows: 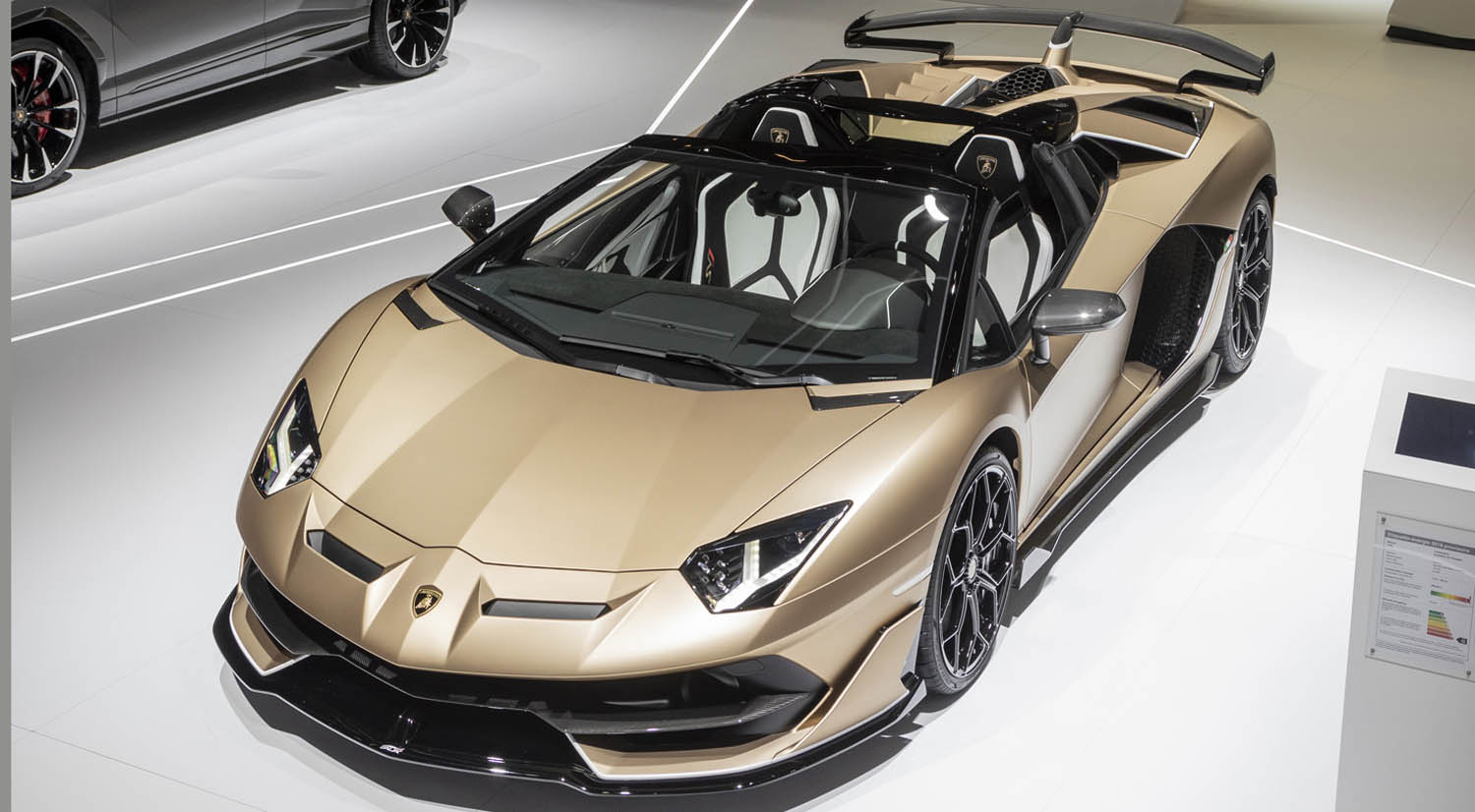 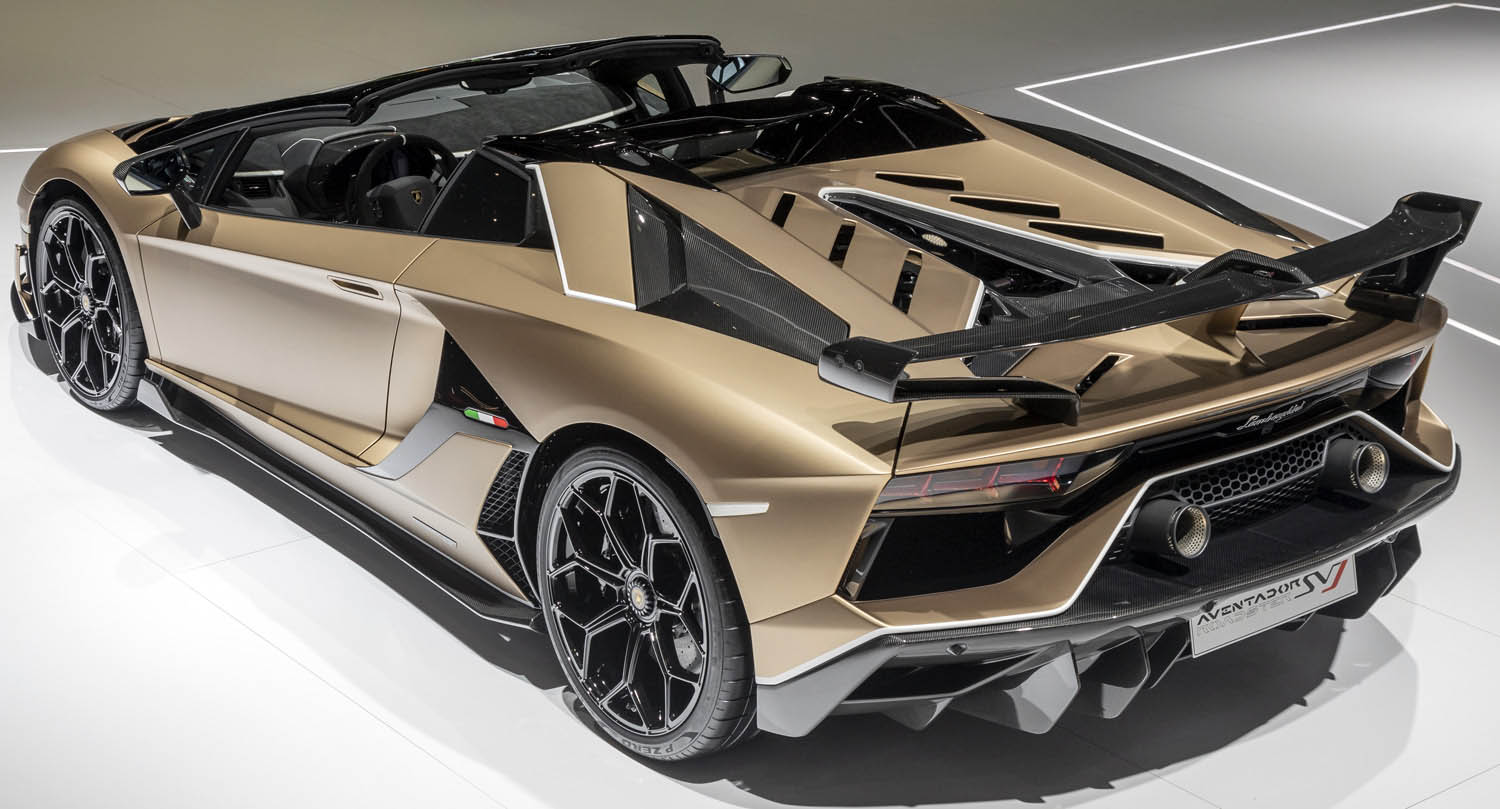 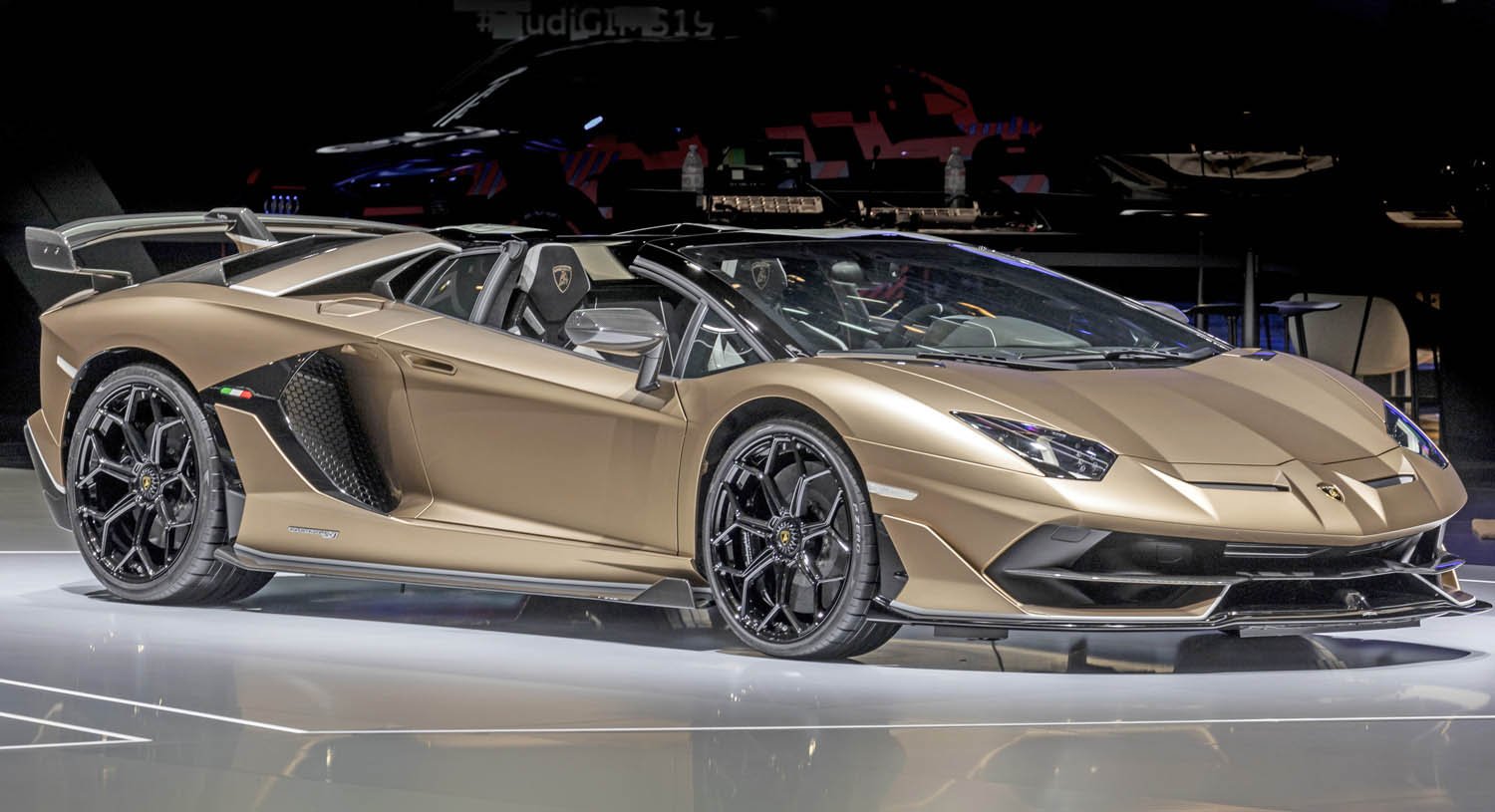 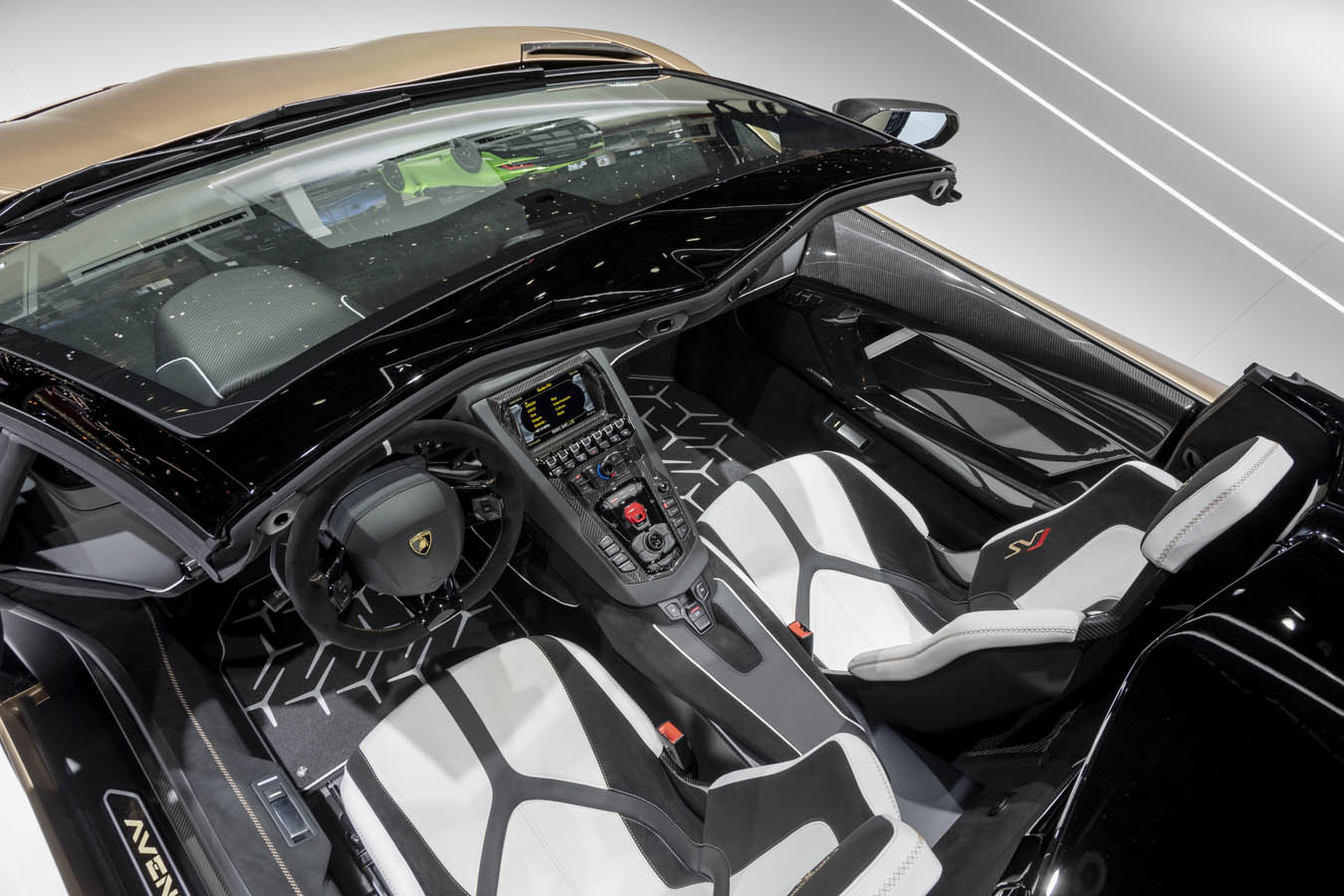 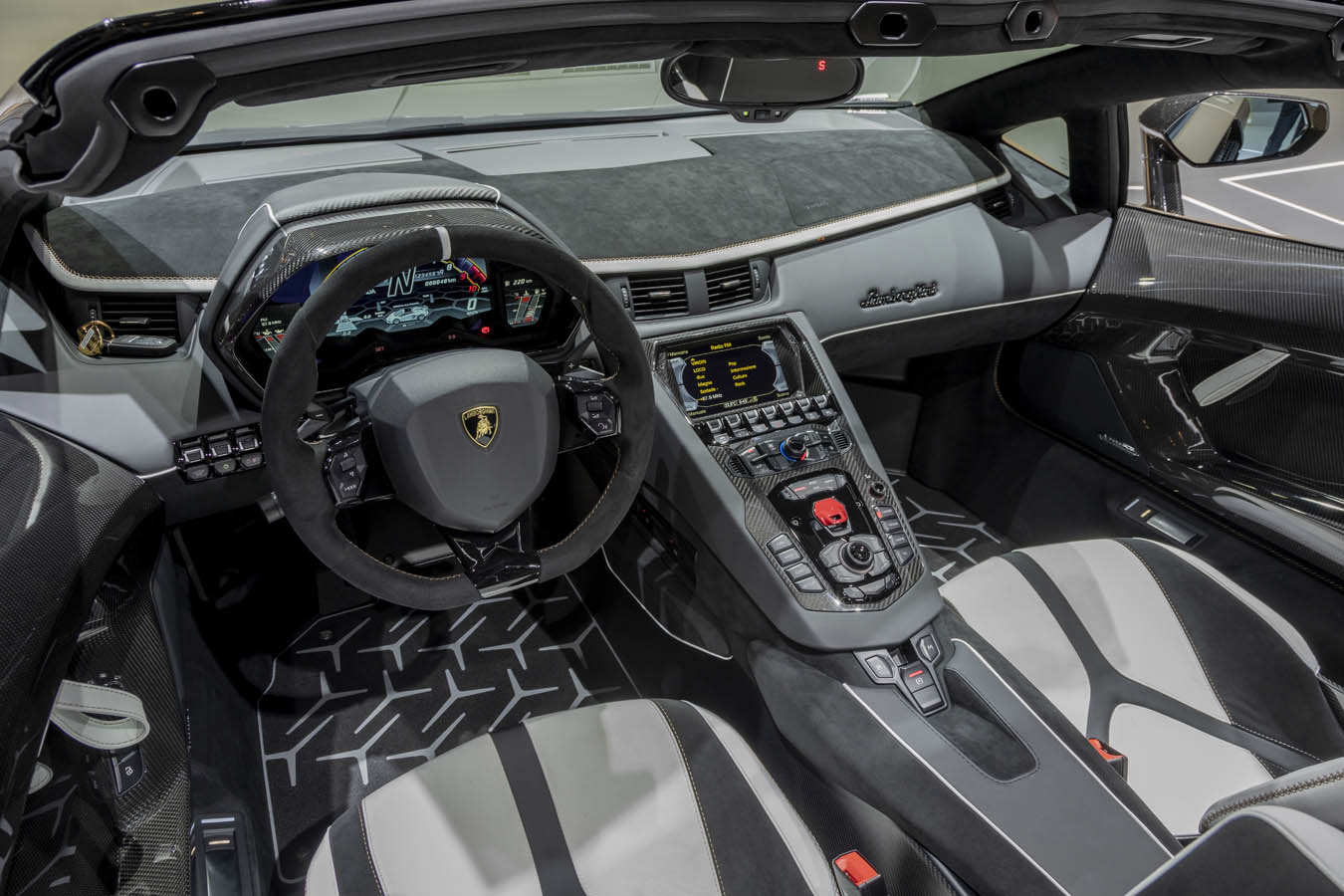 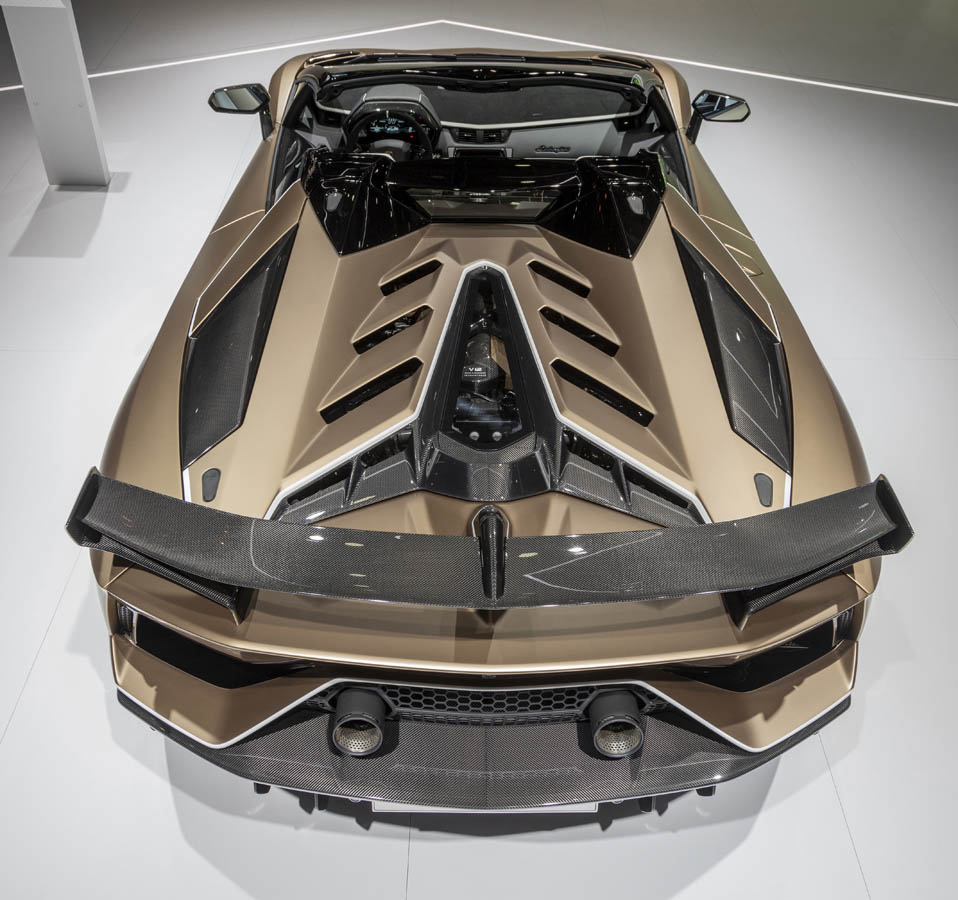 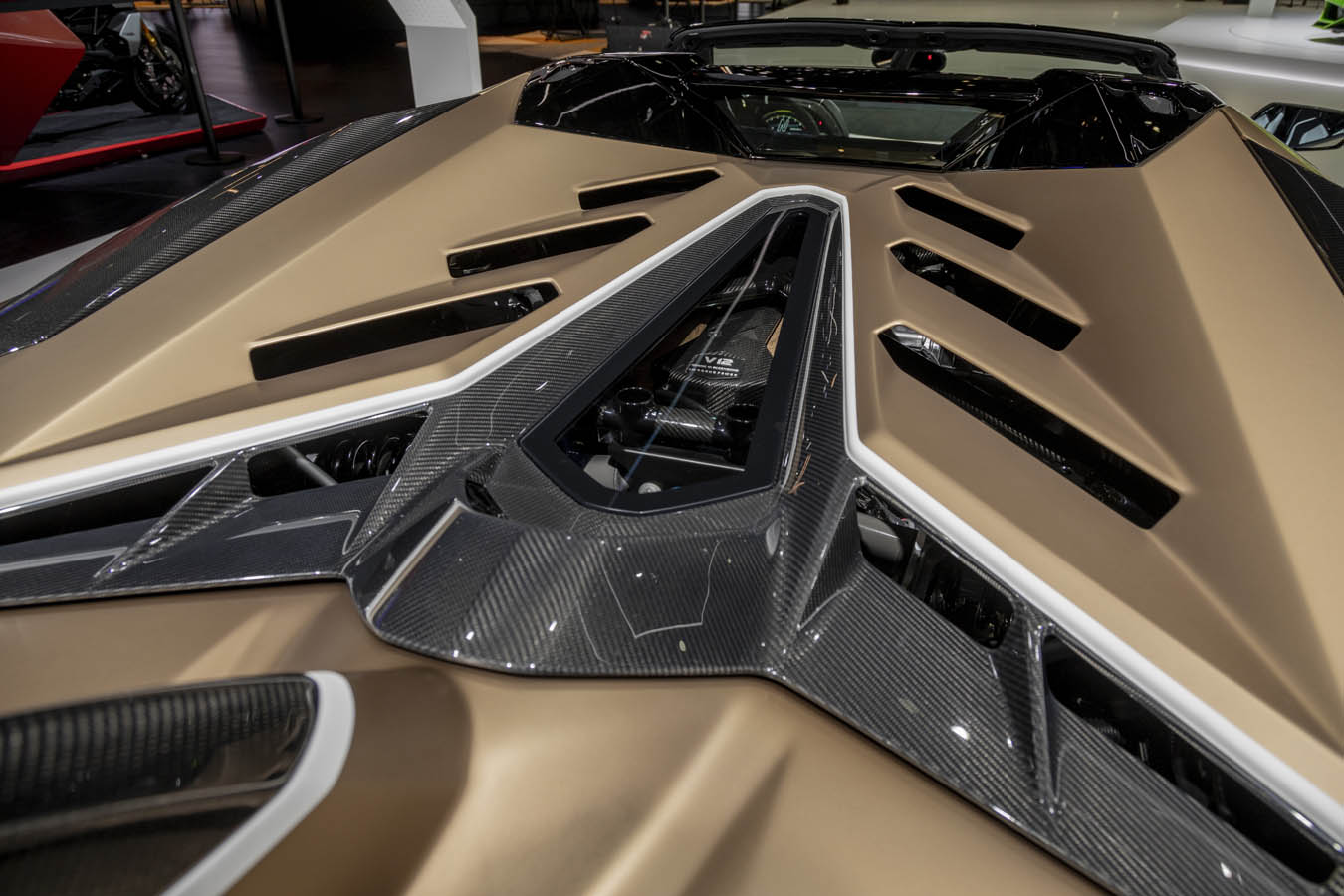 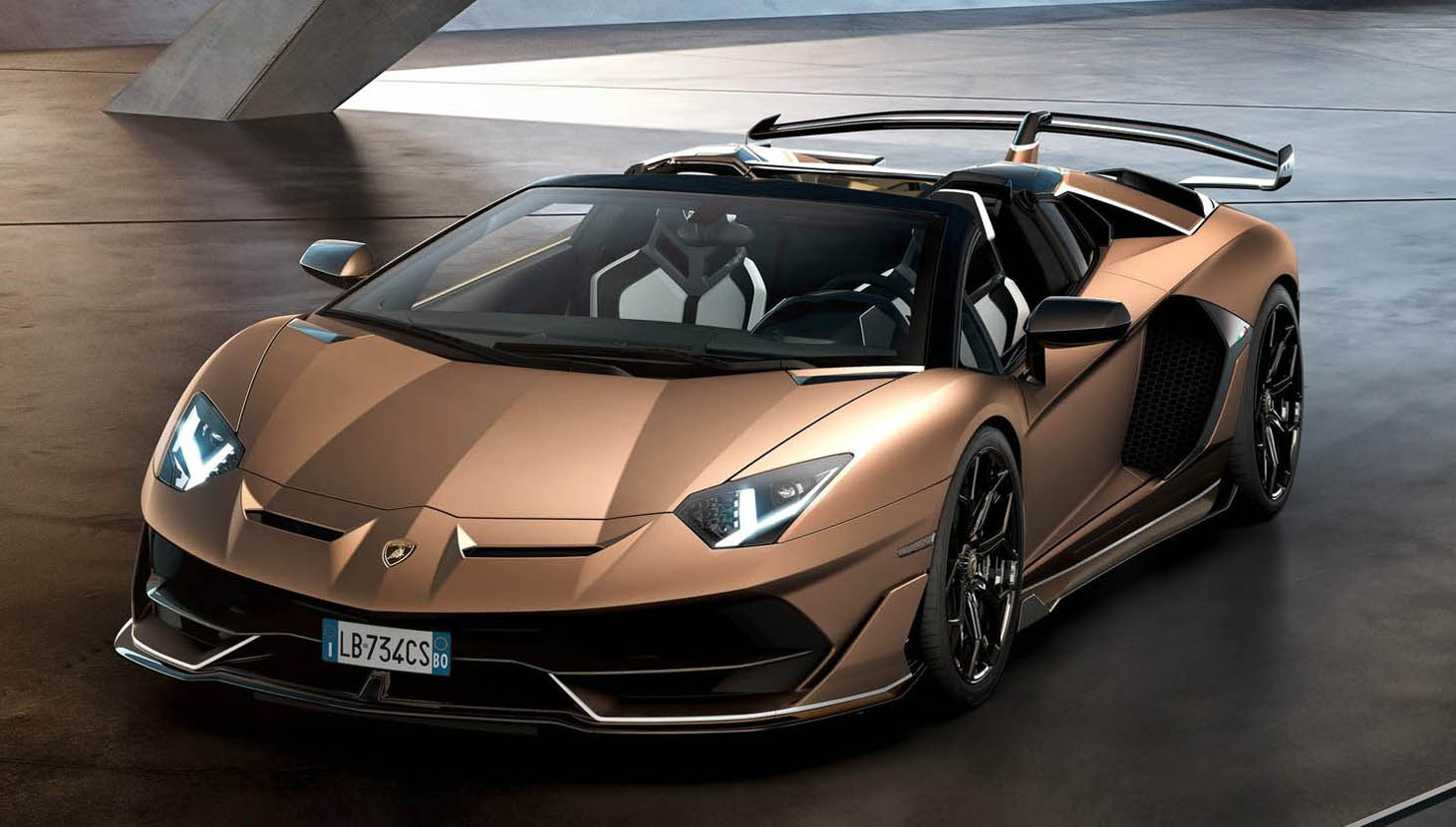 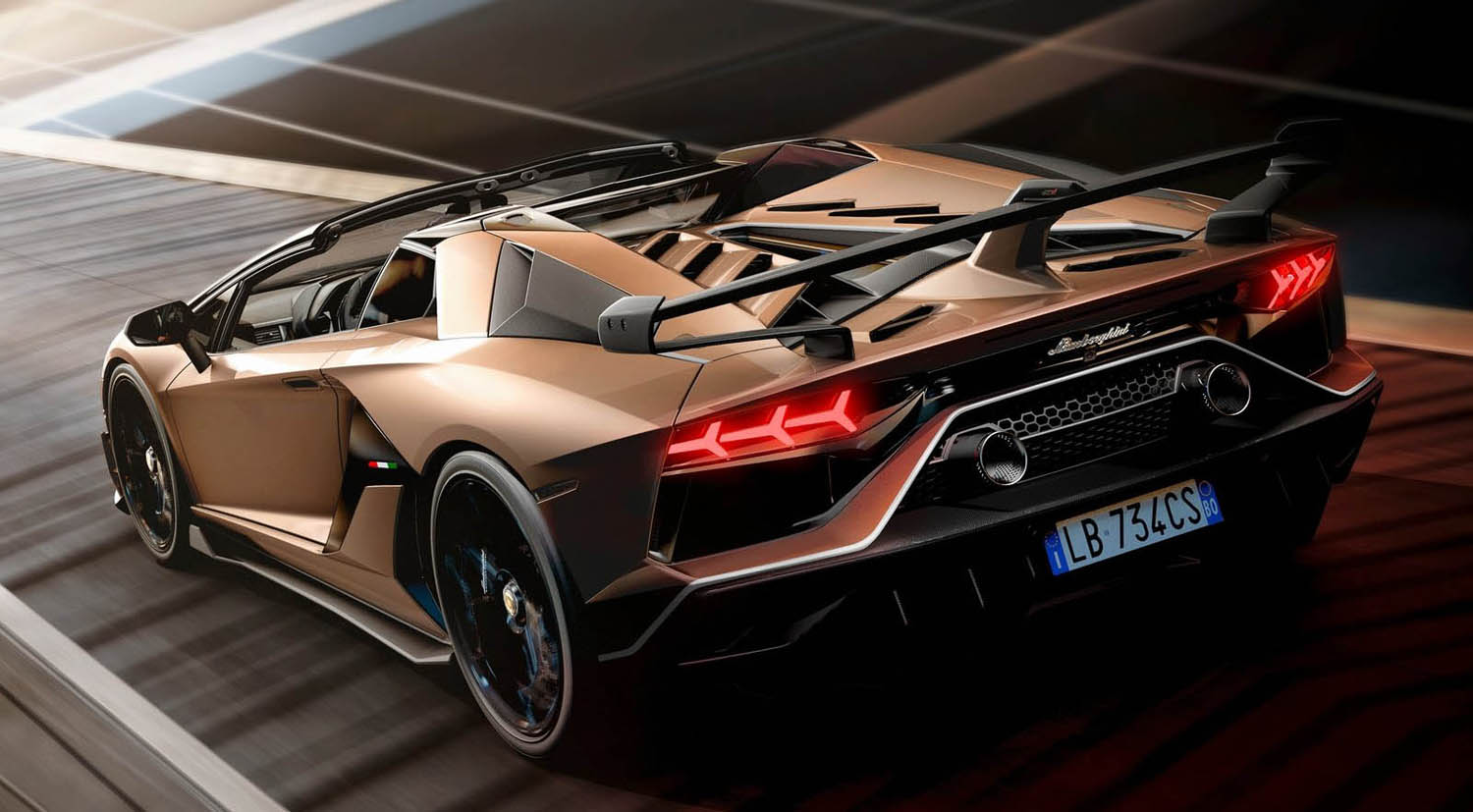 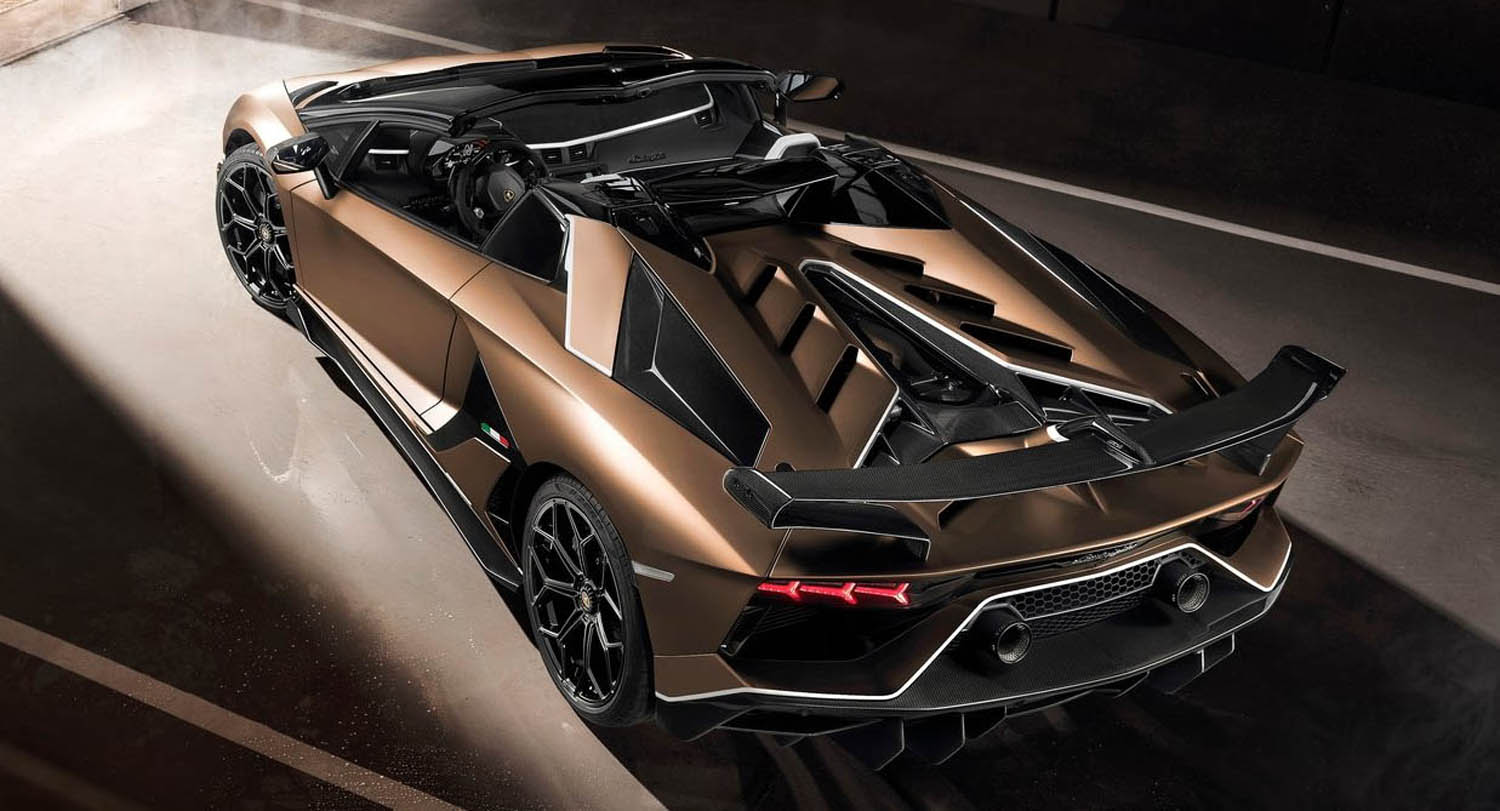 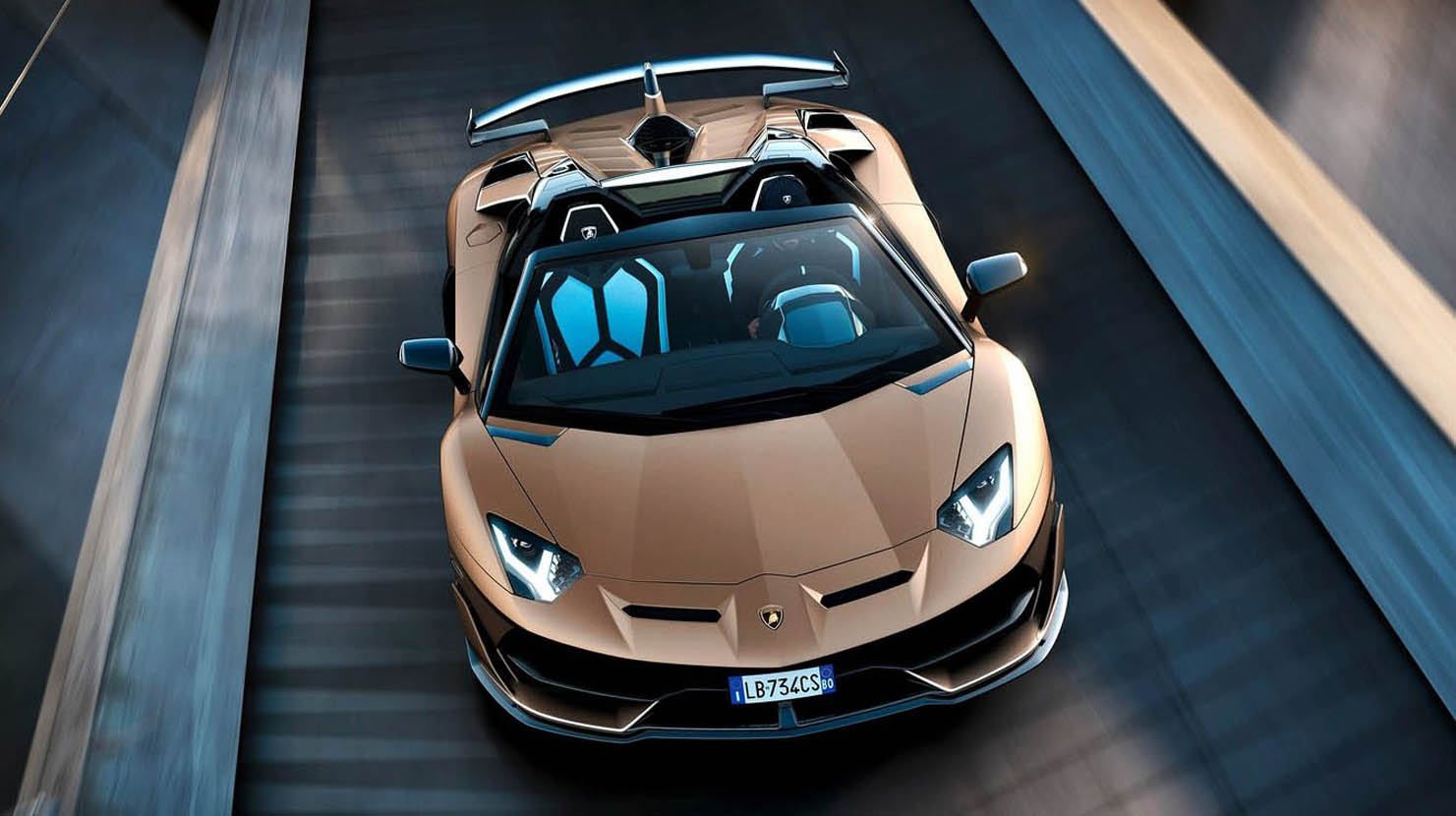 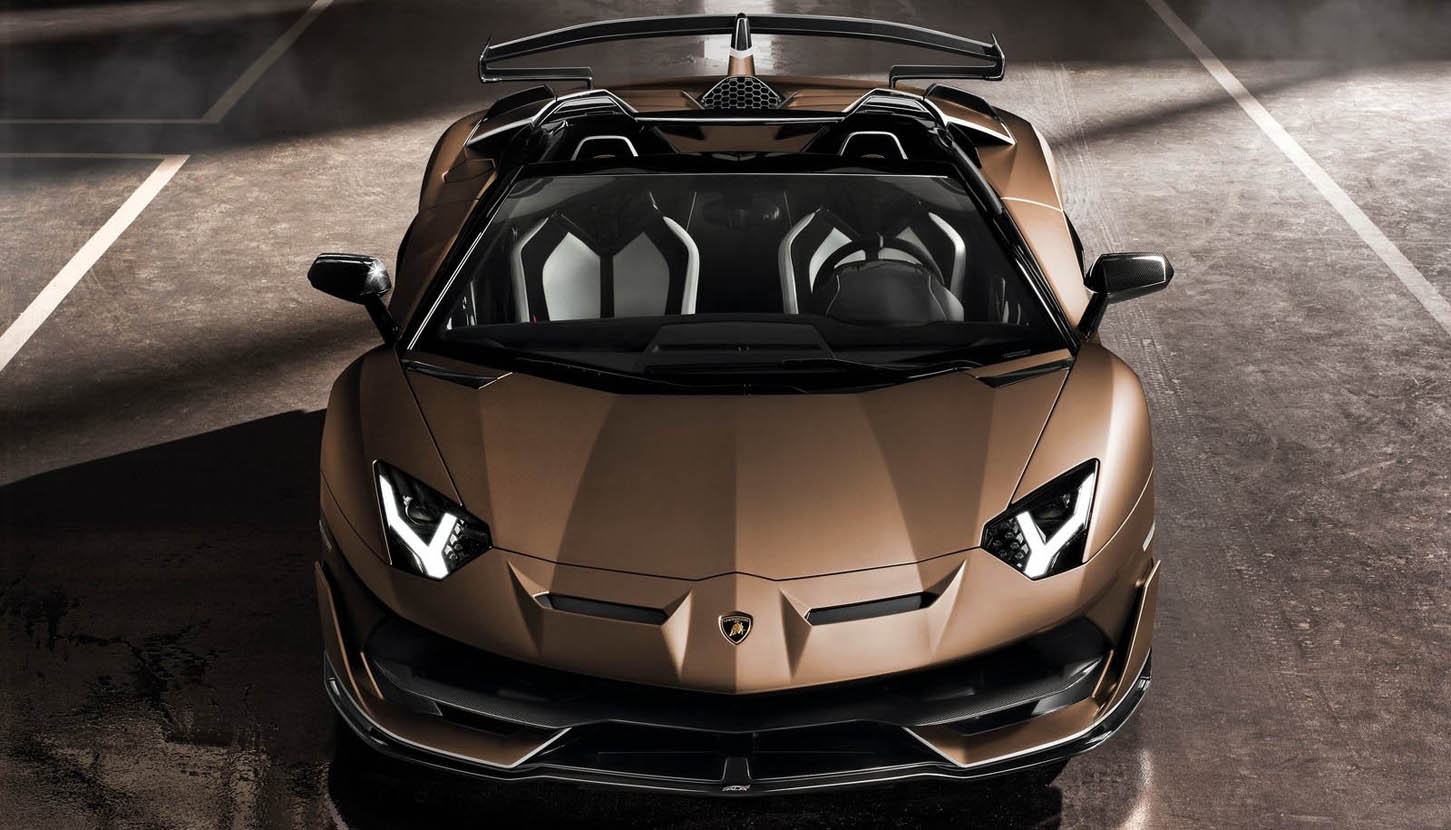 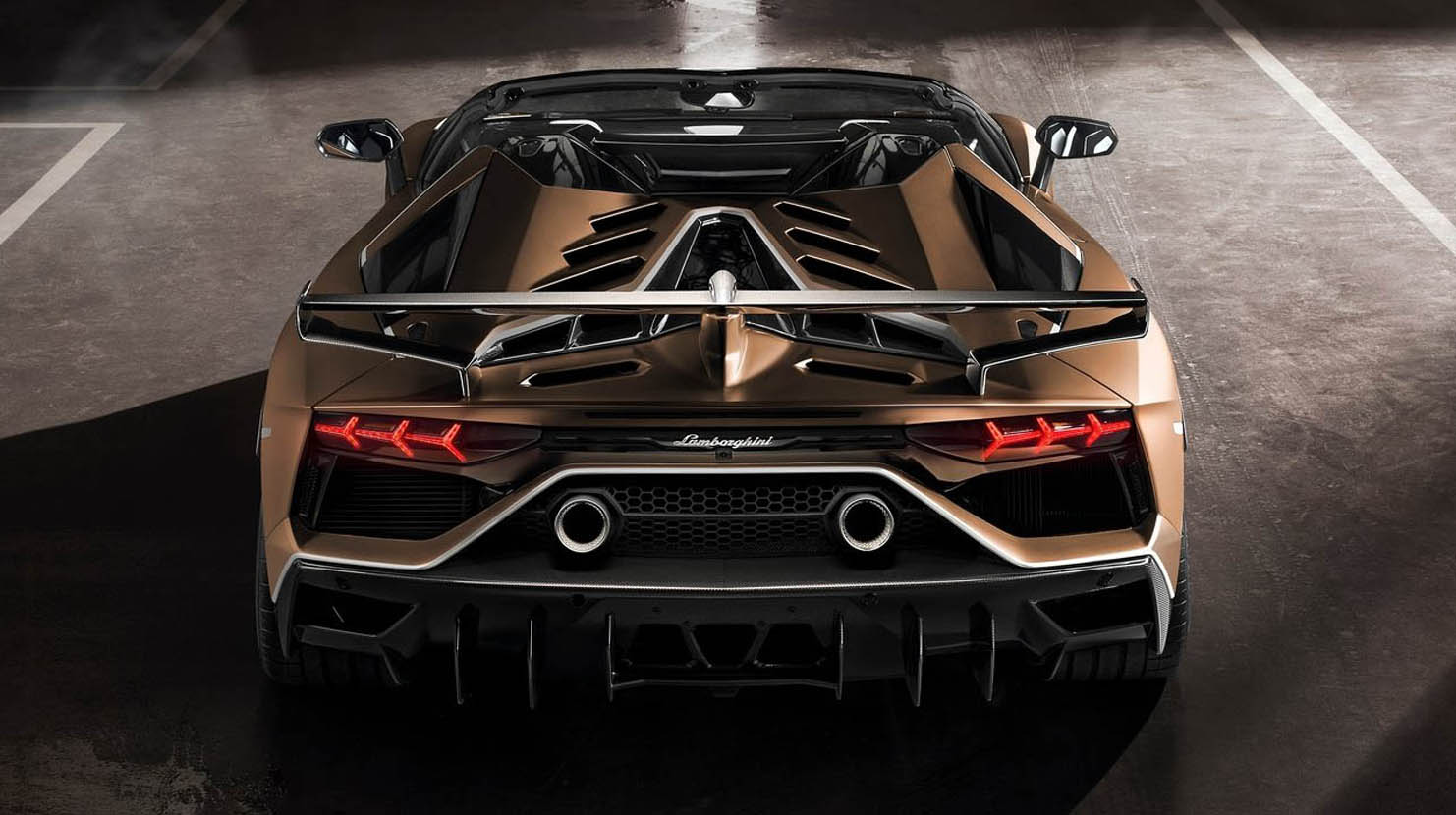 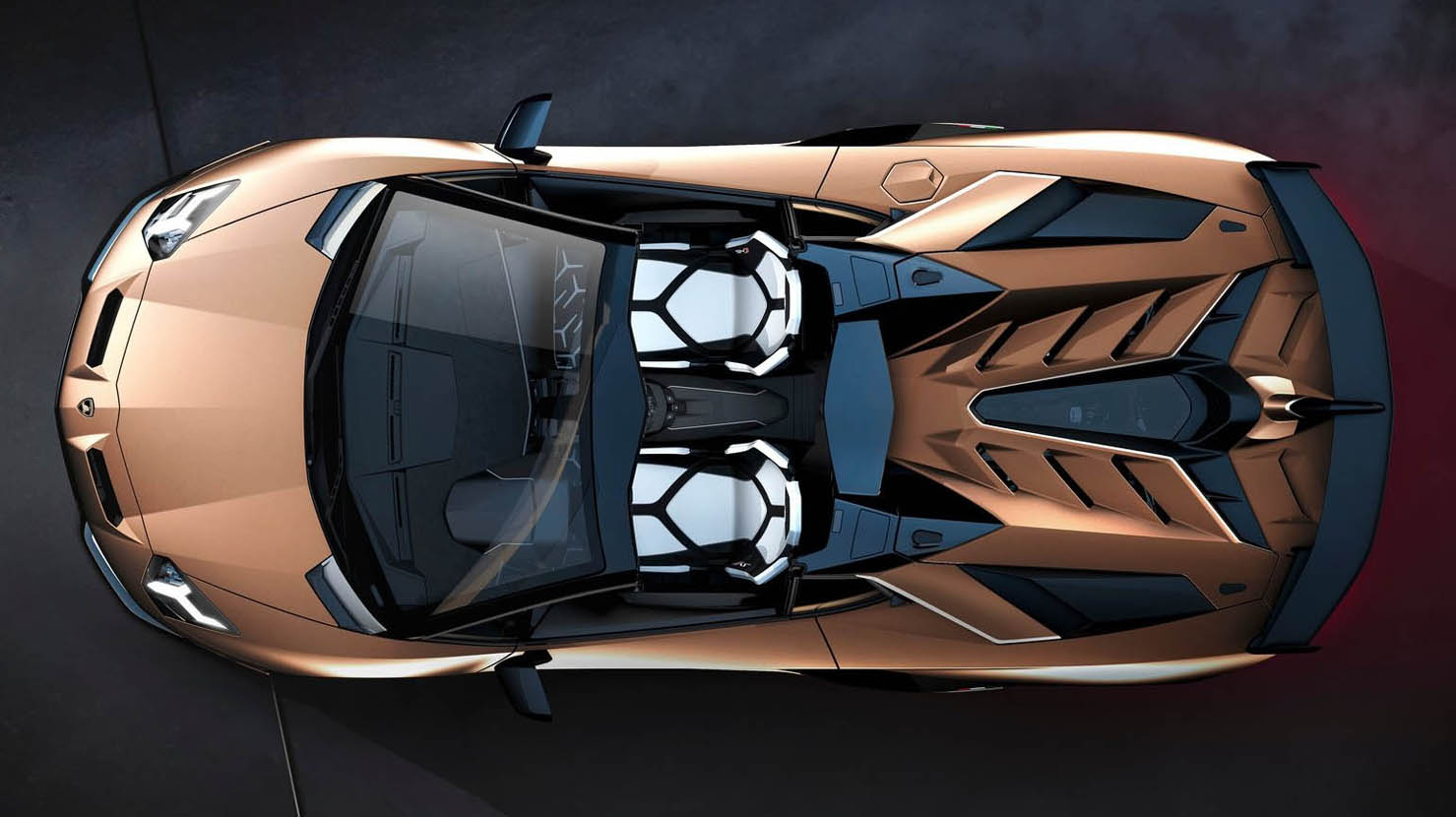 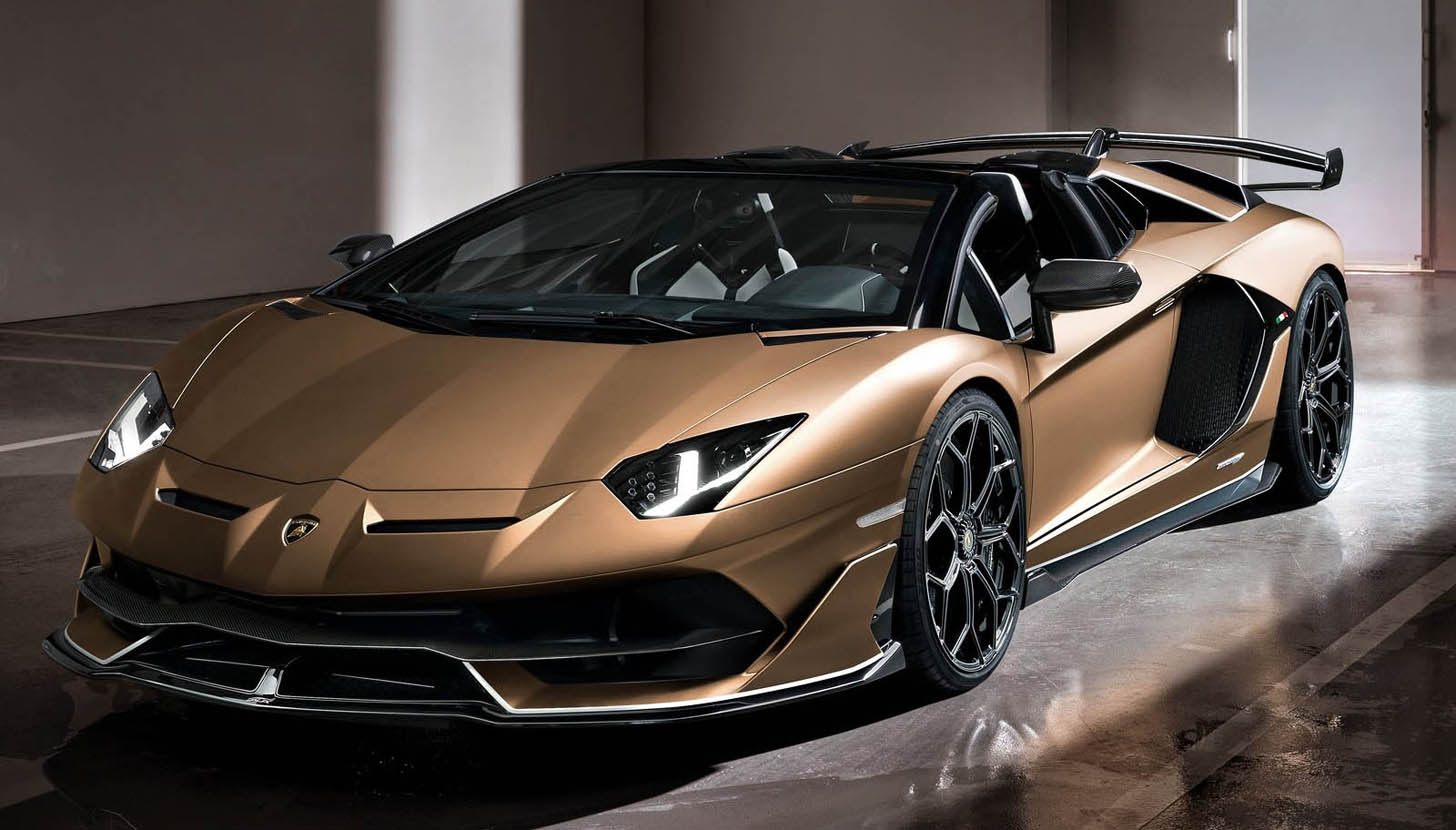 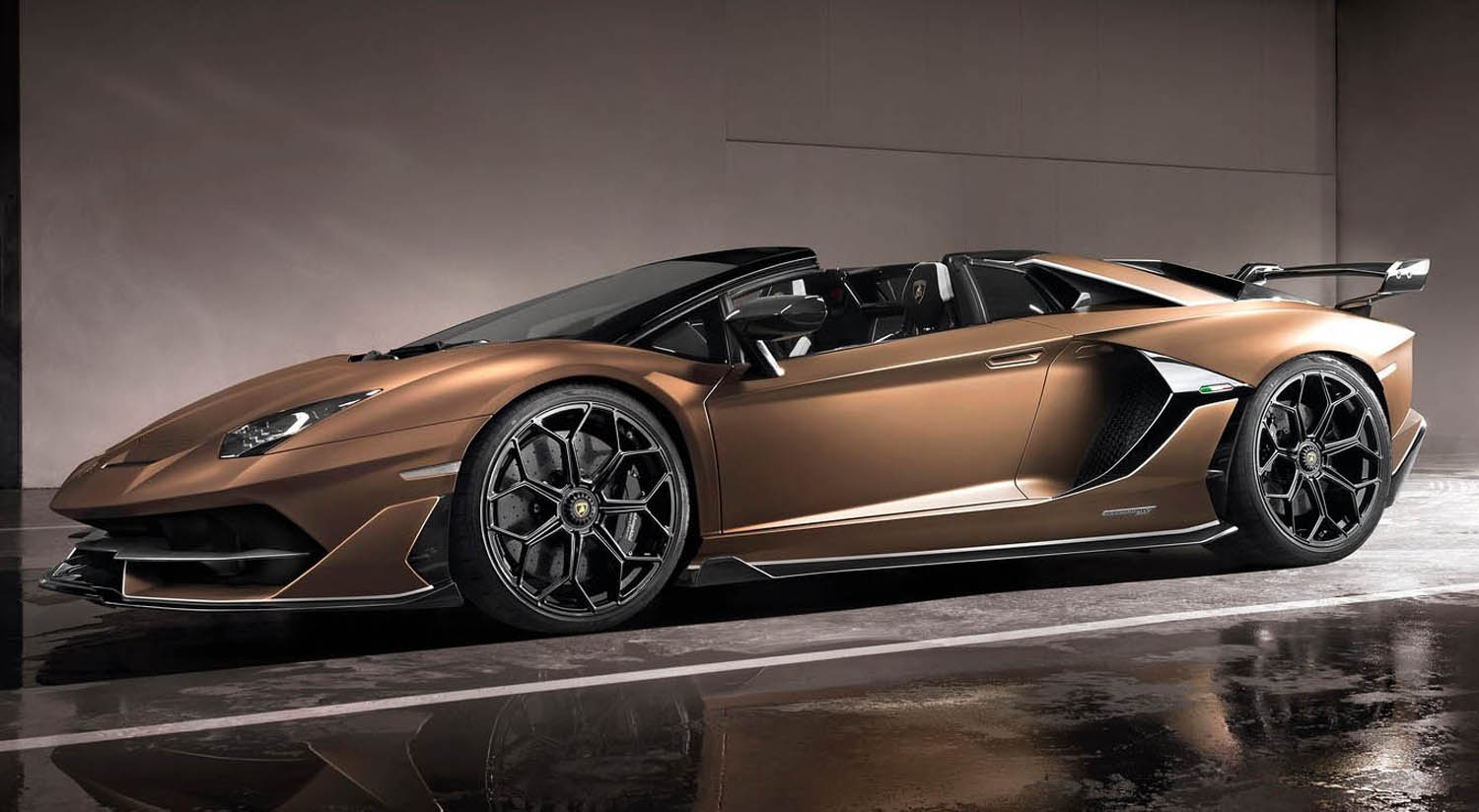 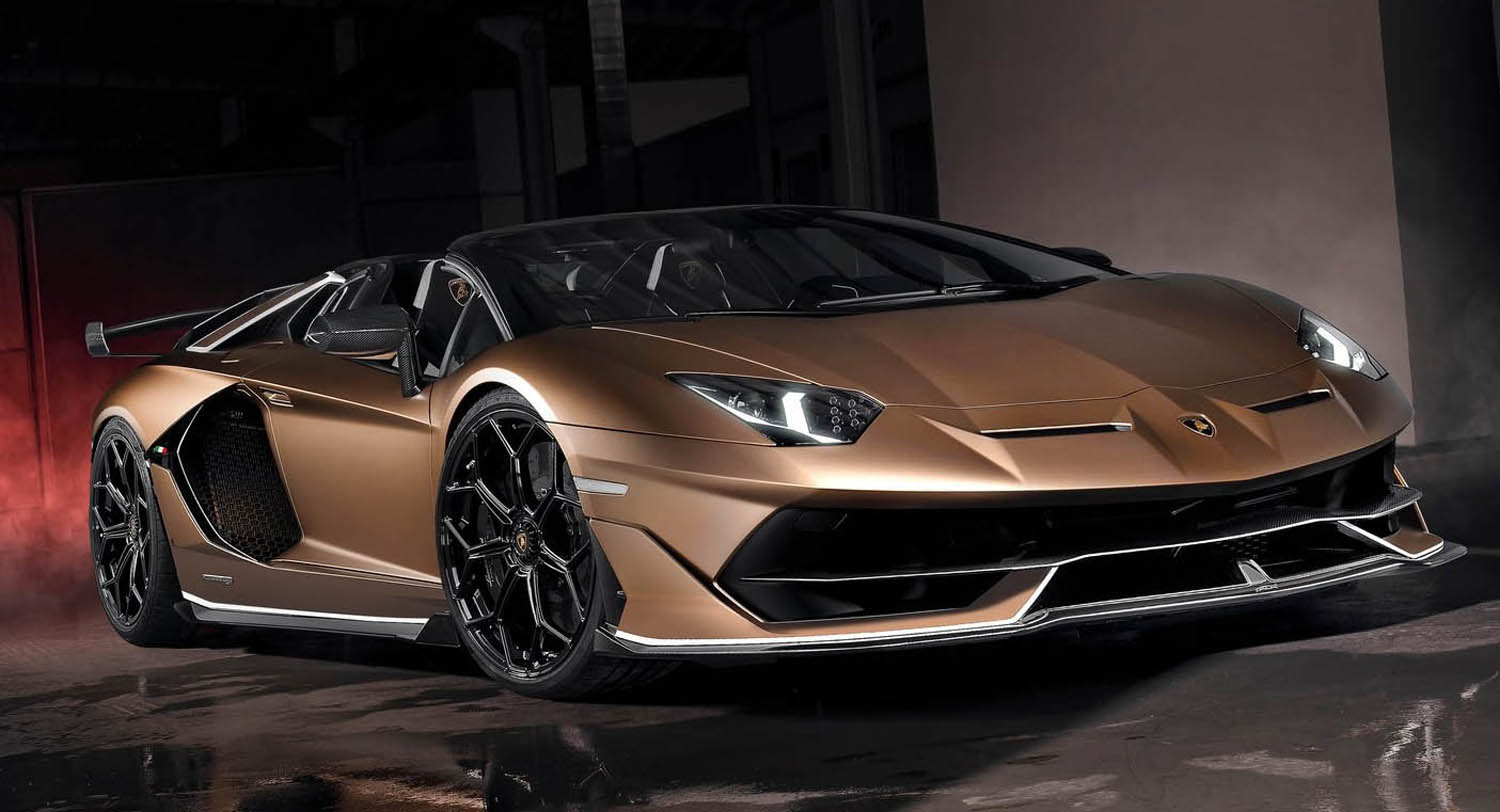 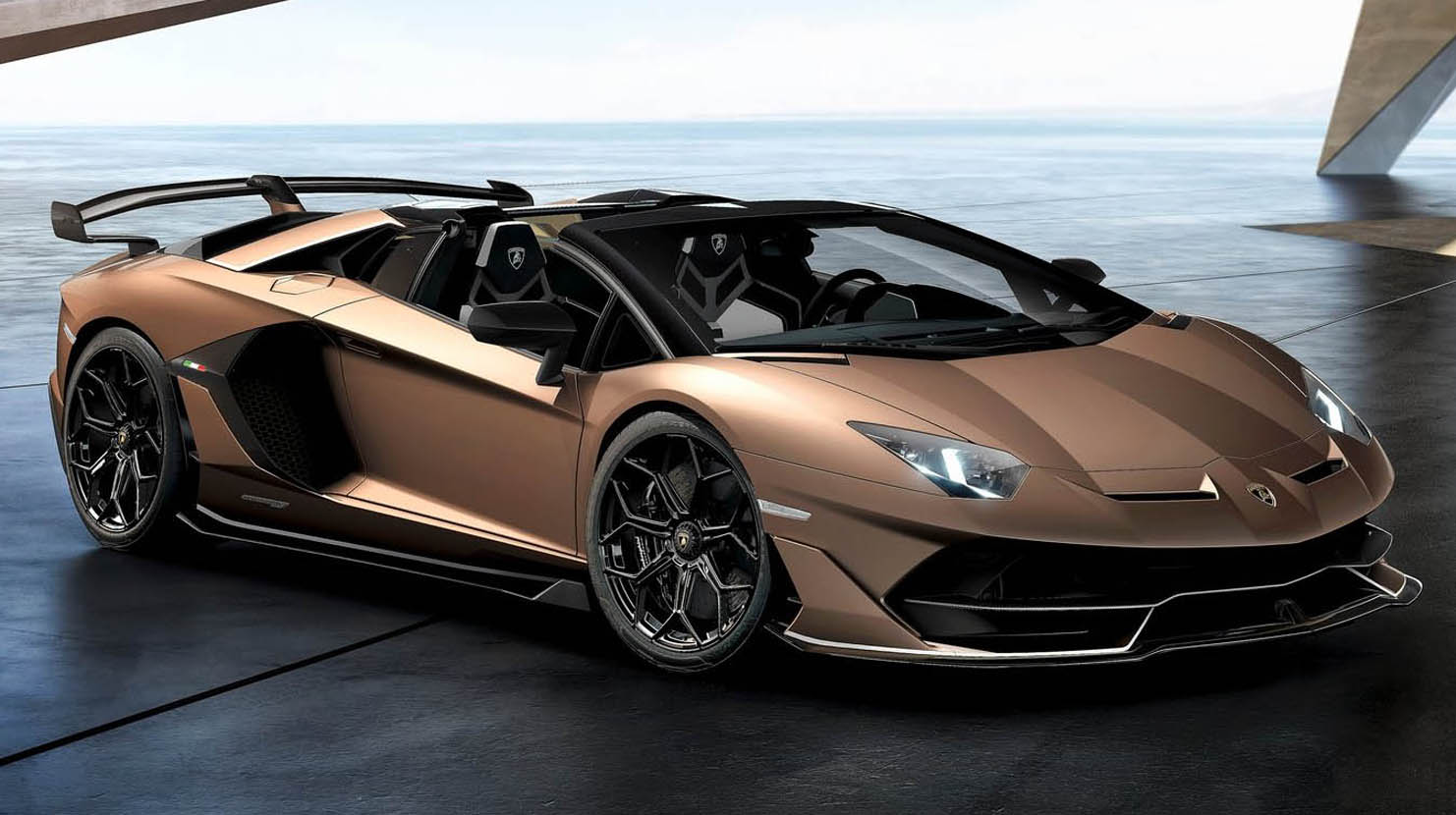 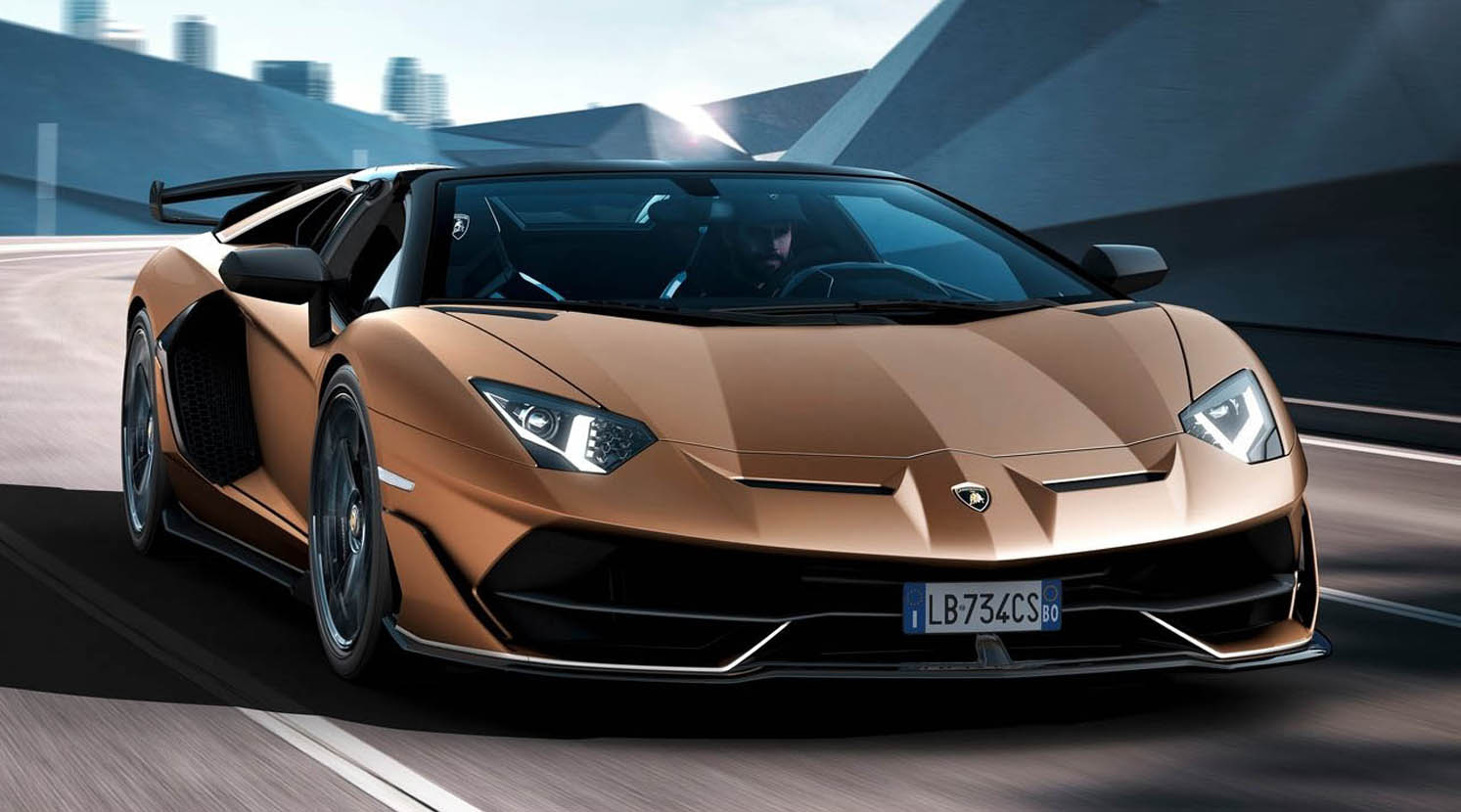 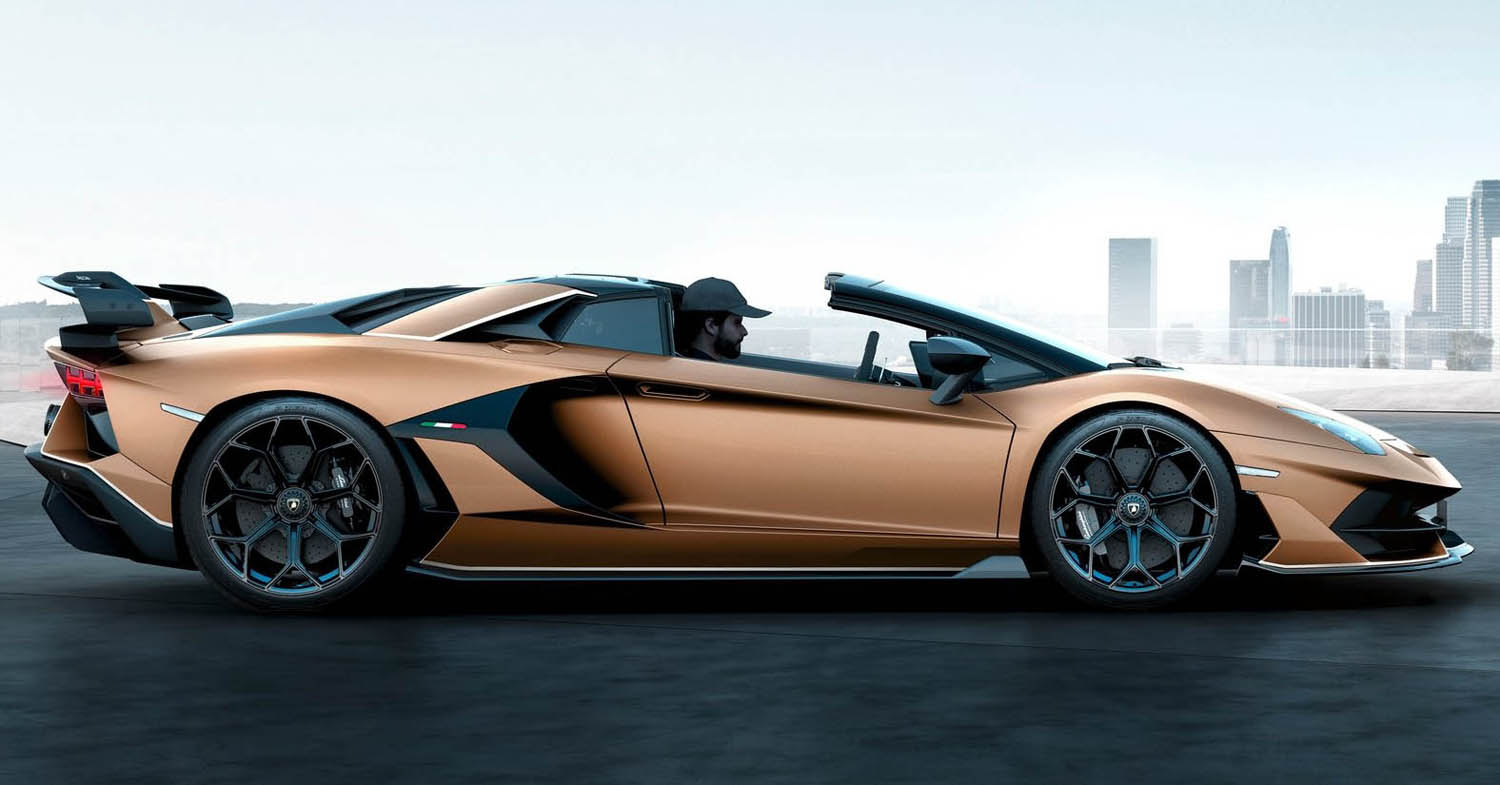 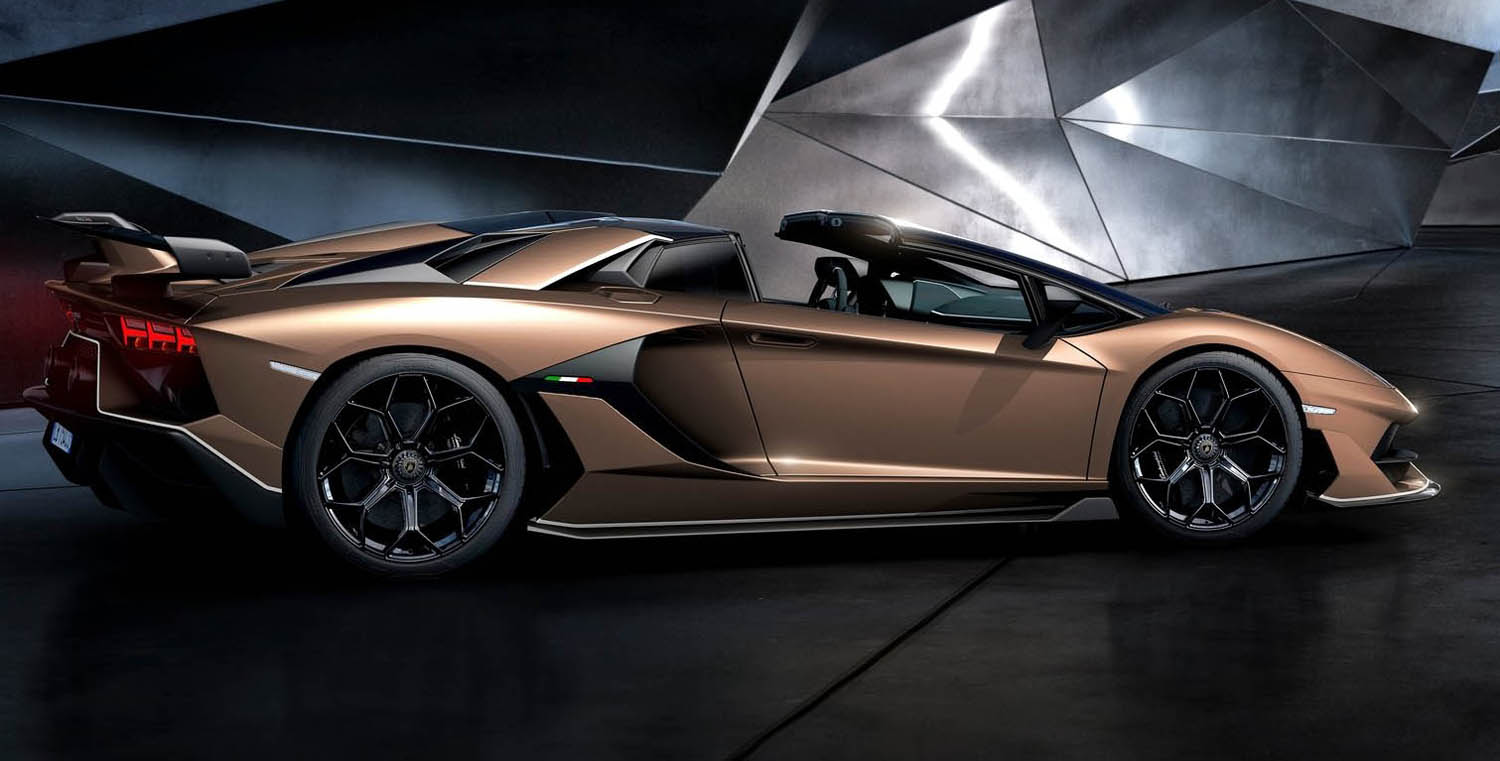 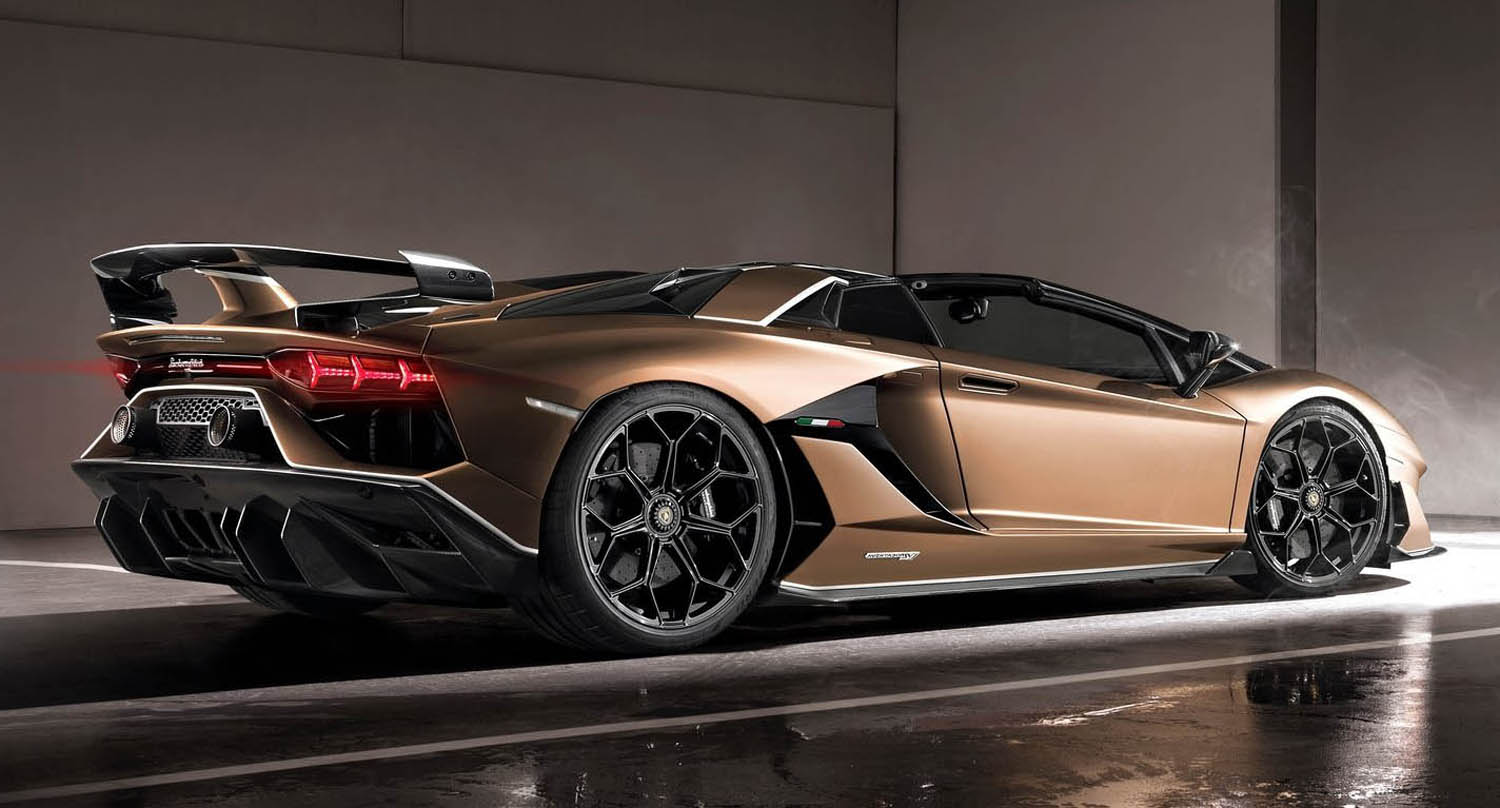 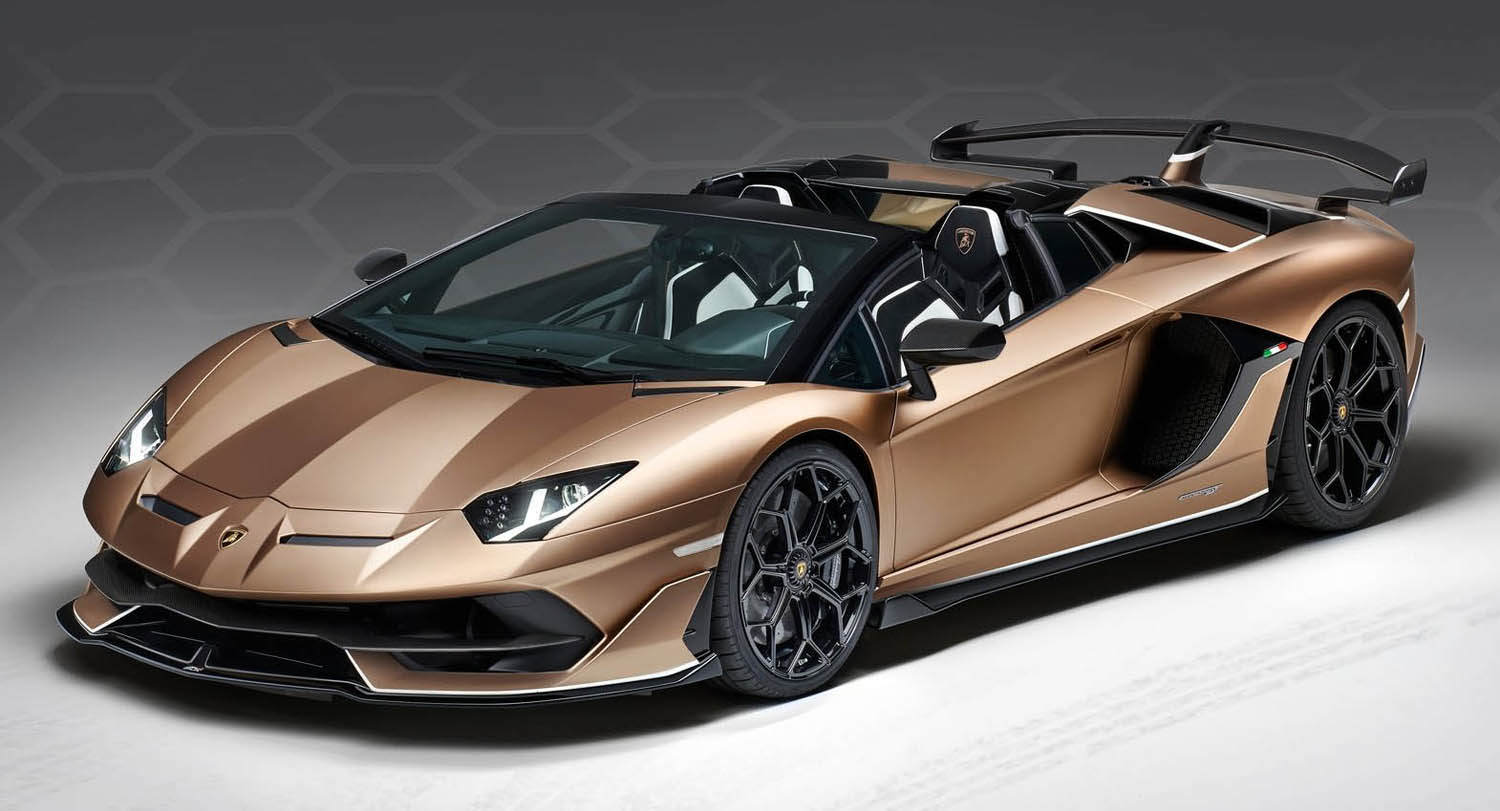 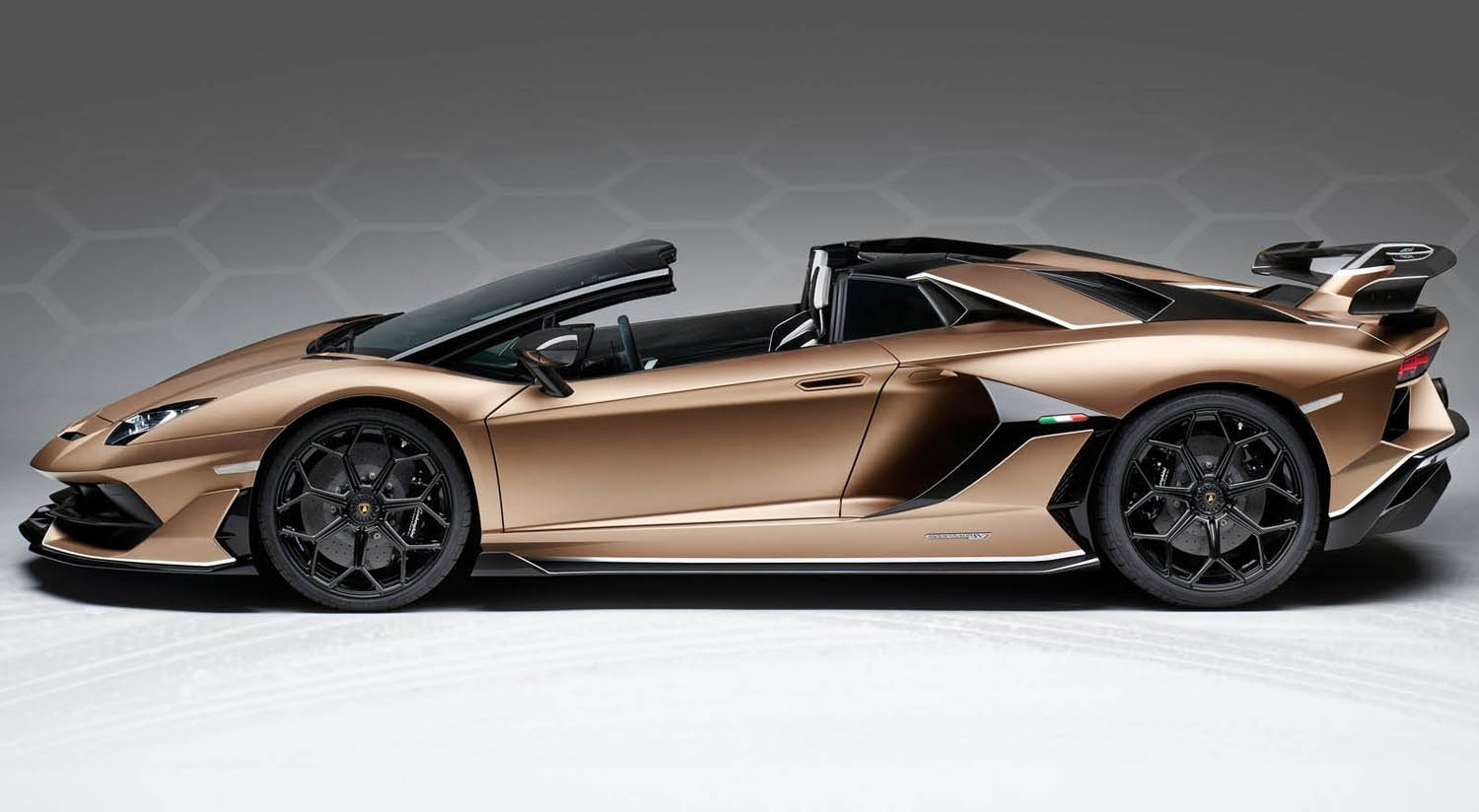 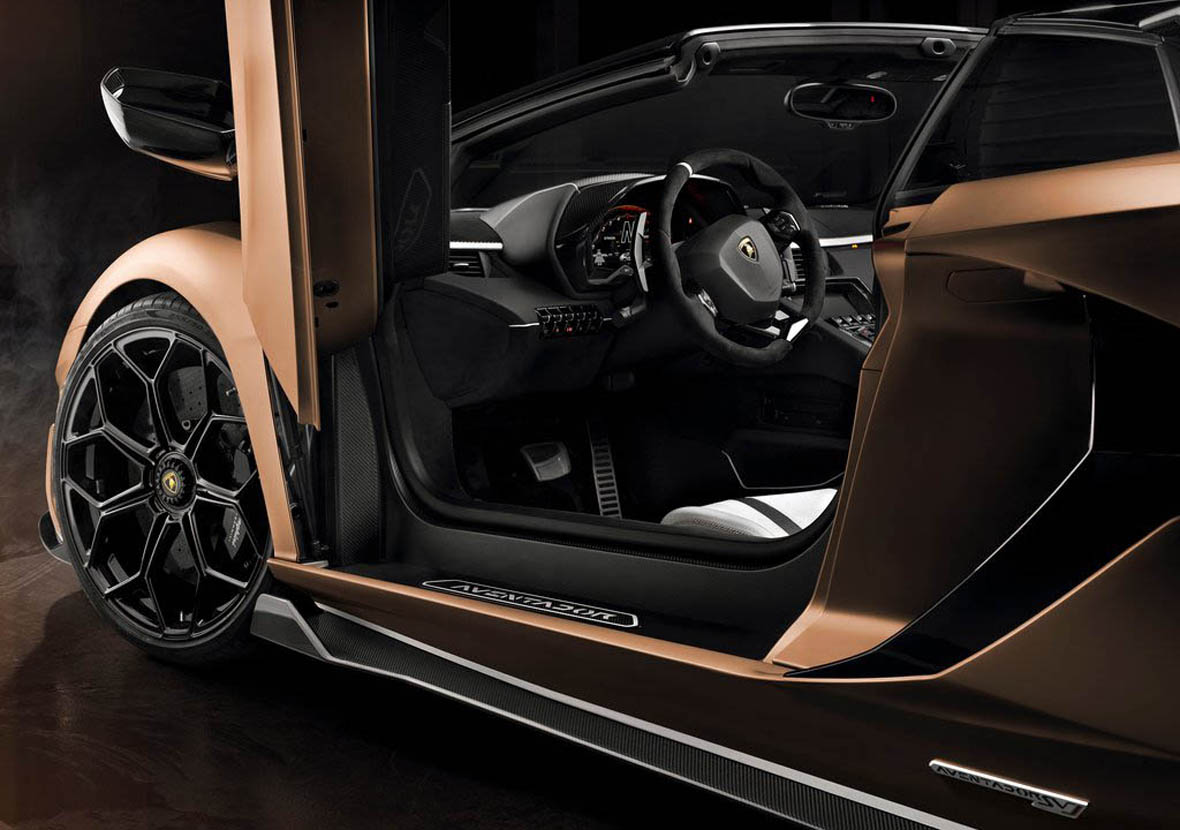 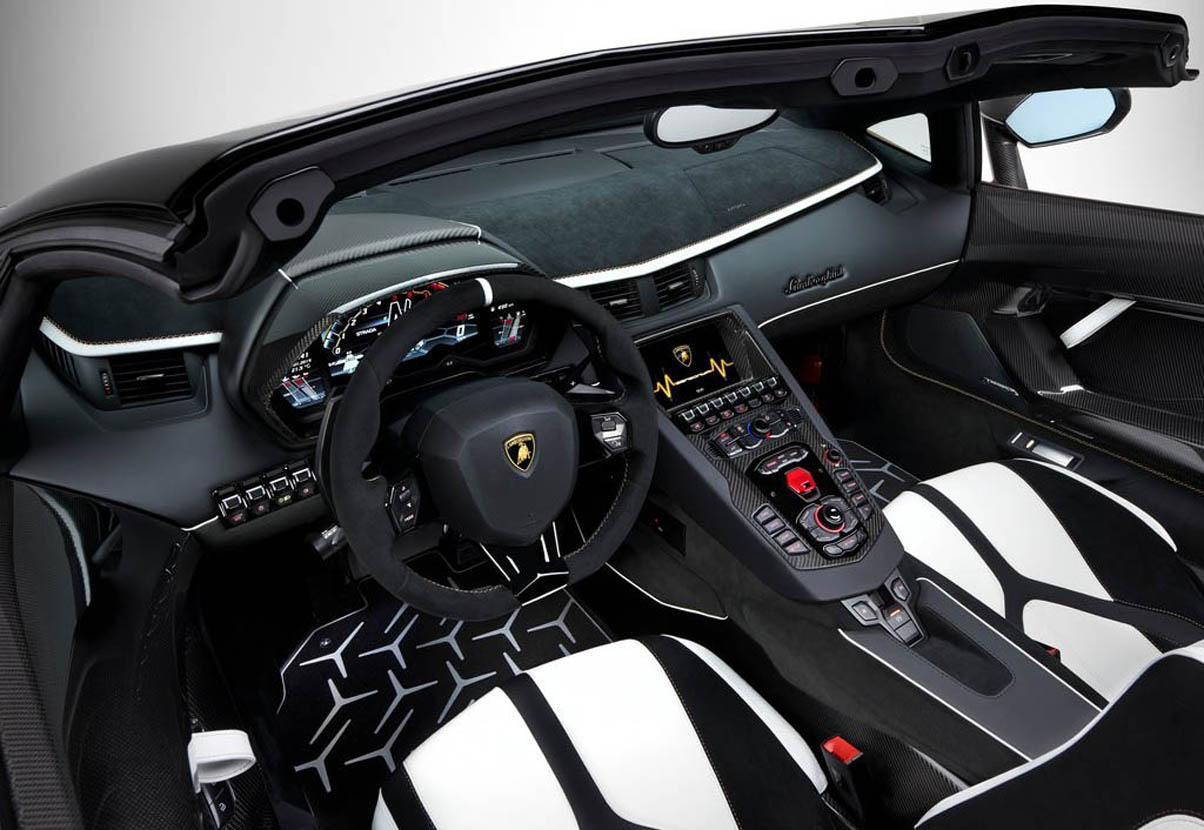 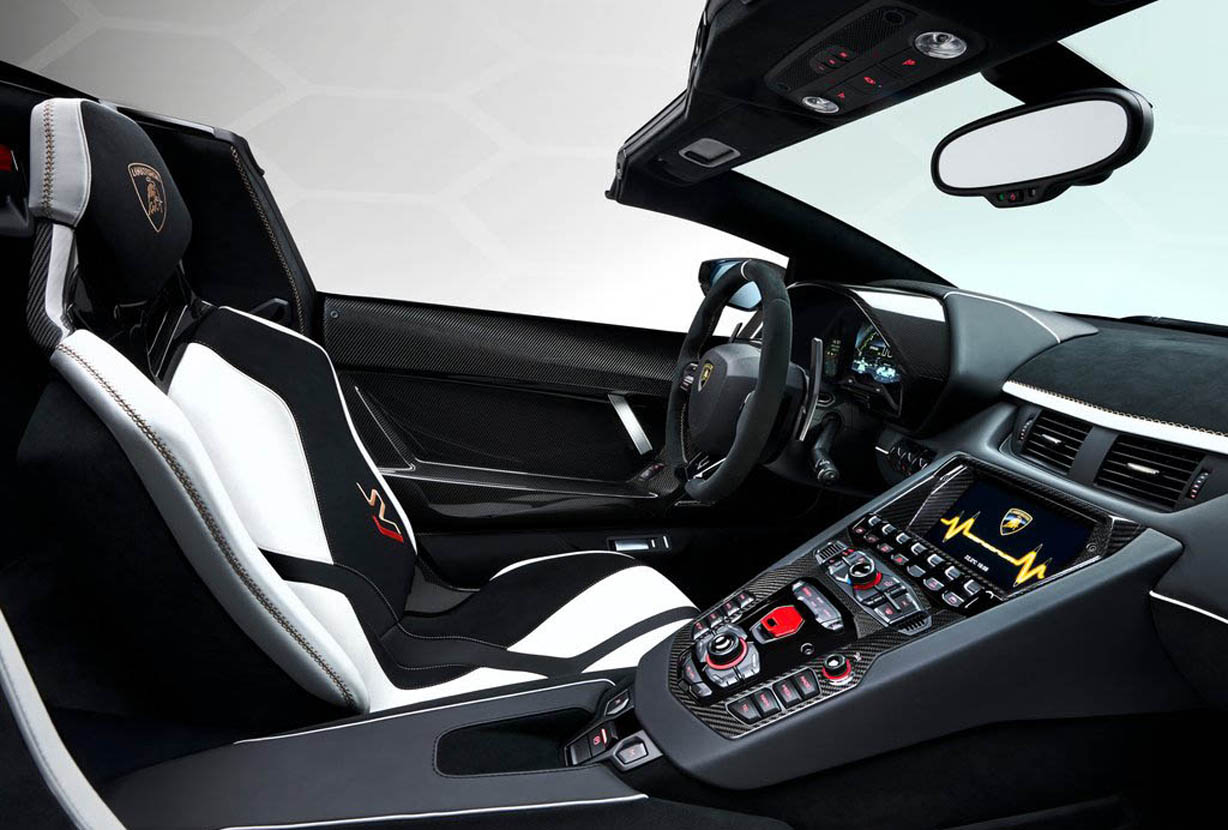