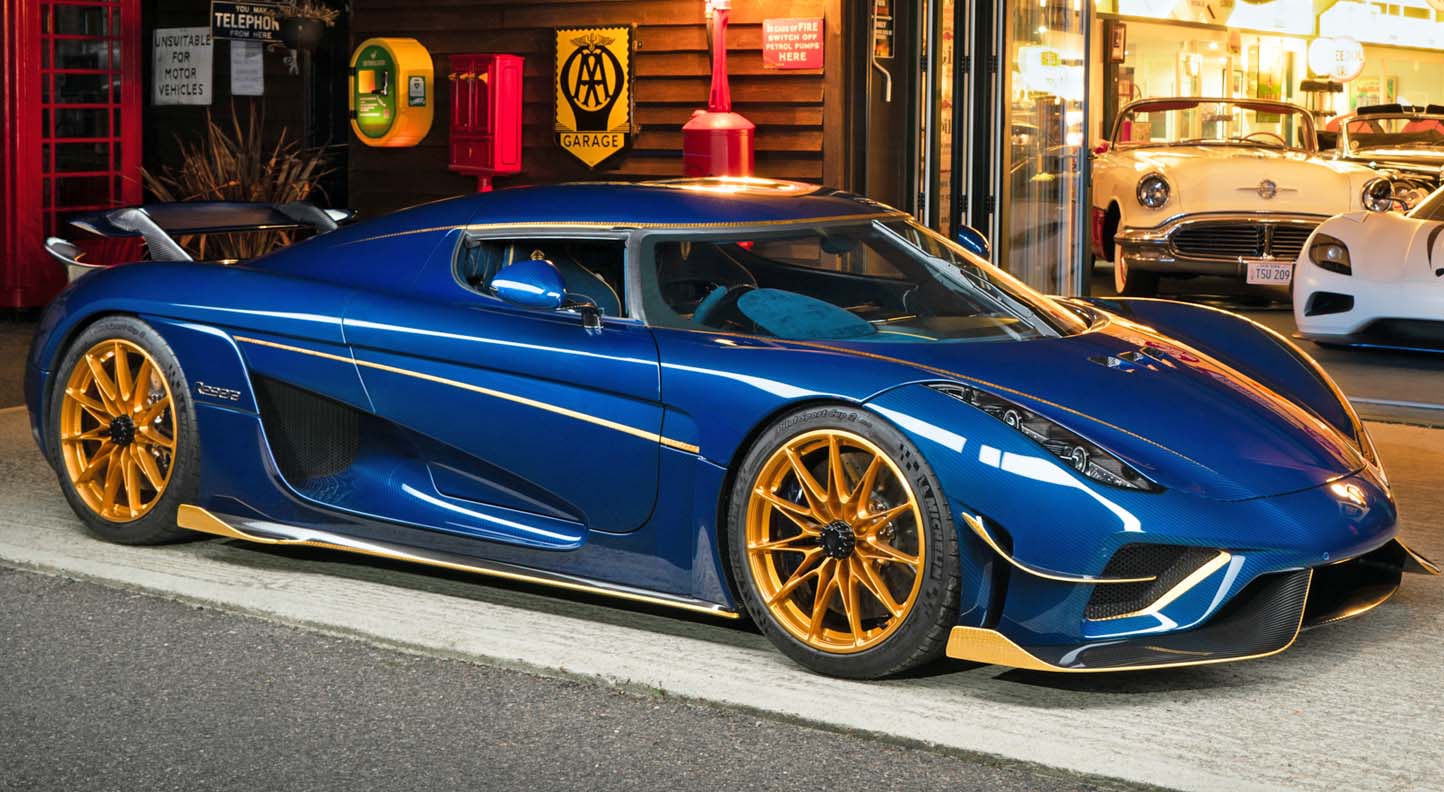 The Regera was created as a luxury Megacar alternative to Koenigsegg’s traditional extreme, light weight, race-like road cars. Even though the One:1 and the Agera RS have surprising levels of practicality, creature comforts and features, their primary focus is, and has always been, to be the overall fastest cars on the planet – around a racetrack or anywhere else.

Regera is Swedish for “to Reign” – a suitable name for a machine that offers a never seen before combination of power, responsiveness and luxury – a true Dr. Jekyll & Mr. Hyde persona.

In spite of all its advanced technology and creature comforts, the Regera is comparatively light. Therefore, it can still perform competitively around a race circuit. The only Hyper/Megacar that we think could possibly be faster around a circuit is another Koenigsegg.

The Regera will reign as the king of the open road – as the fastest accelerating, most powerful production car ever.

The Regera will be handcrafted in only 80 examples. Apart from being a suitable production run for Koenigsegg’s newly upgraded and refurbished production facility, the number 80 also symbolizes the principle of domination, control and achievement in Pythagorean Numerology.

With the introduction of the Regera, Koenigsegg will, for the first time ever, have two parallel models in production.

A good design and layout of the DRL (Daytime Running Lights) gives character, as the DRL is what’s first seen when a car comes driving from a distance.

We wanted the Regera to stand out and clearly be recognized also from a far, so we came up with a novel idea that we call – Constellation DRL.

To get a constellation of stars effect, we scattered the LED’s, which make up the DRL, around the lamp cluster, giving the effect of star constellations on a night sky made up of polished carbon fiber.

A side effect is that the LED’s make the whole lamp cluster glitter and shine, as if there where diamonds thrown into them. That’s what we call – Koenigsegg cool. 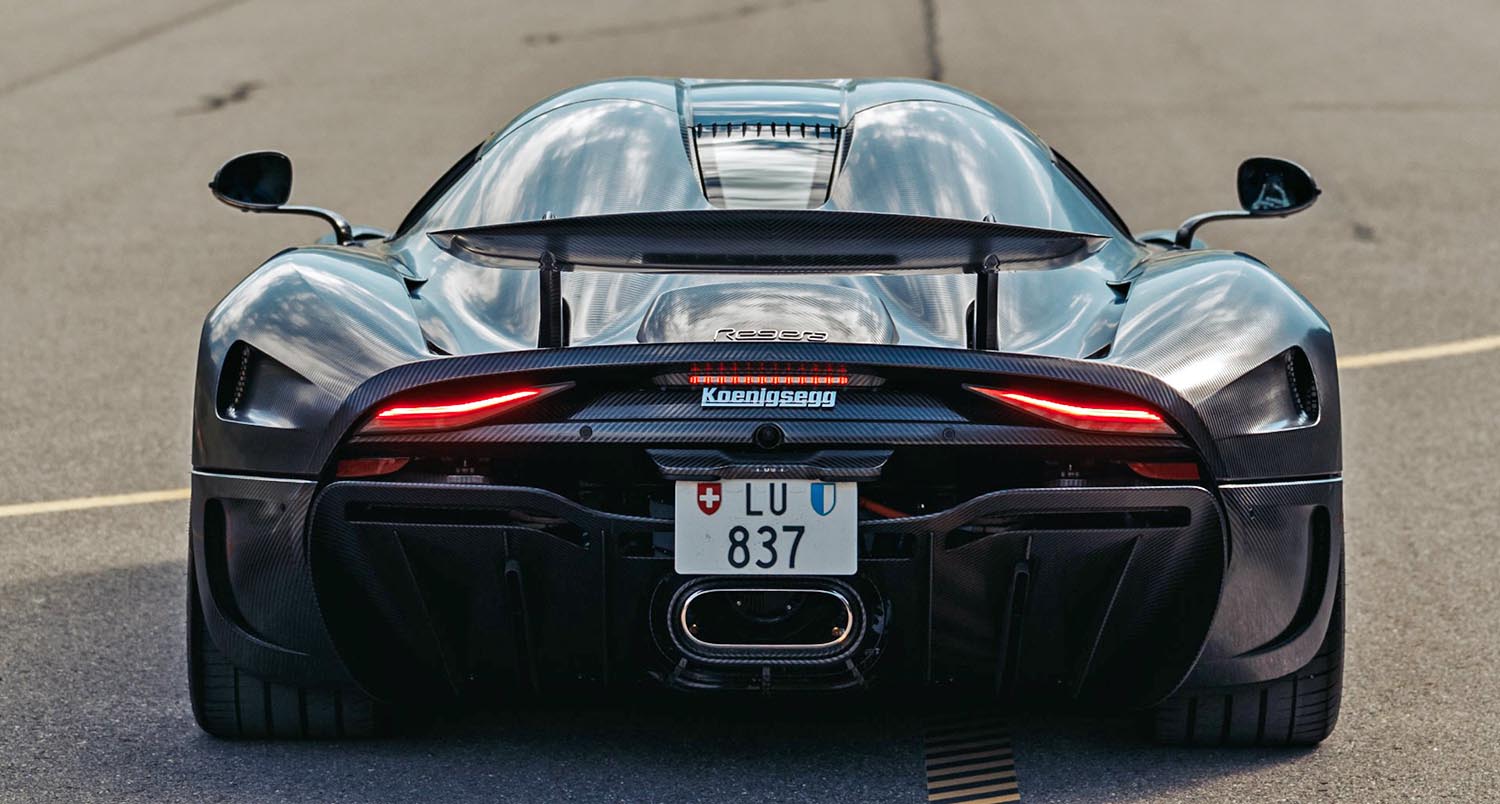 The heart of the matter

The heart and soul of every Koenigsegg is its Internal Combustion Engine – the ICE. The ICE of the Regera follows the path of its siblings, based on the proven and extremely reliable Koenigsegg drysumped twin turbo, DOHC, 5.0 liter V8.

As before, the Koenigsegg V8 is the most downsized homologated production ICE in the world, with 220 Hp per liter engine (using regular pump gas). The compactness of the engine makes the Regera nimble, efficient and lightweight.

The difference to the Agera engine is that, given the electric propulsion of the Direct Drive system, we did not have to go as extreme on ICE power, as the combined output is way over 1500 Hp and over 2000 Nm torque, anyway. Given this we could install even smaller, faster spooling turbos on the Regera, further enhancing the ICE drivability and response.

A new level of luxury

The Direct Drive transmission of the Regera is capable of delivering never before experienced blistering response and performance while at the same time being able to deliver one of the smoothest and most soothing driving experiences. Given this high level of bi-polar characteristics, the rest of the car had to be up to the task of delivering blistering, lightweight performance at new levels of soothing luxury.

Therefore Koenigsegg developed a completely new rear sub frame and rear structure that allows the engine and transmission to rest on active soft mounts. When driving in normal conditions, the mounts stay soft and isolate engine noise and vibrations. When driving spirited, the mounts firm up to solidify the car and give greater response. The shock absorbers are active in and stiffness – again allowing for the bi-polar behavior.

Furthermore, the Regera can be driven in absolute silence, as it is possible to go into full EV mode for shorter periods of time. 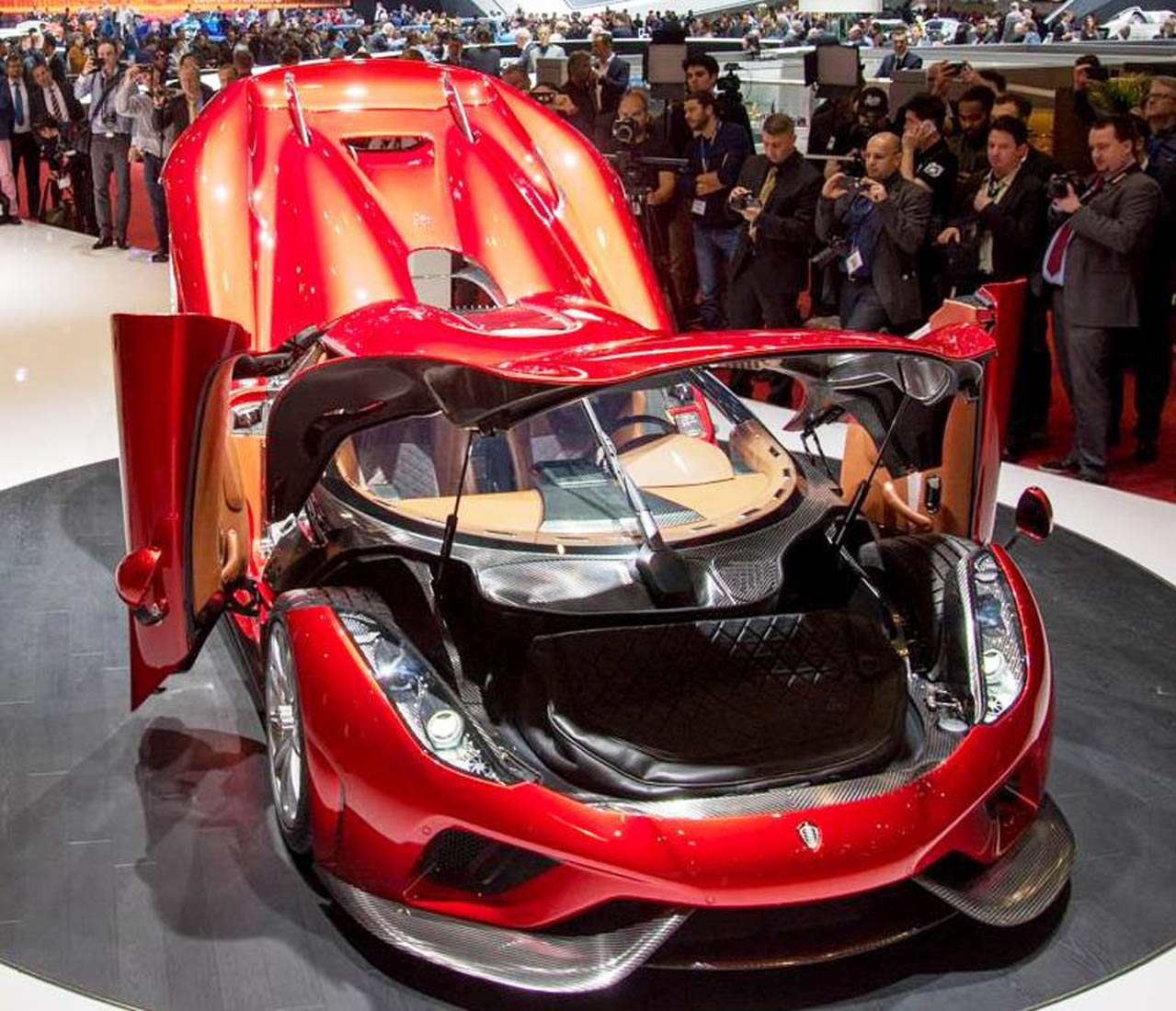 Given the latest advances in compact lightweight hydraulics, Koenigsegg has managed to robotize the entire Regera with almost no weight addition. As the Regera features functions such as; active front and rear wings, chassis control and lifting system – the pumps and accumulators were already in place to connect a few more hydraulic operators. These in turn replaced gas struts of equal weight – resulting in minimal weight impact.

Due to the above, the Regera is the first car in the world that operates all body closures completely automatically. The spectacle to open and close the entire car simultaneously from the remote or smartphone, truly turns the Regera into a transformer.

On top of this, all body closures have soft latching mechanisms, giving the Regera a sophisticated feel. The fully robotized body system, with soft latches adds a mere 5 kg, making full robotization a very desirable option.

Furthermore the wing mirrors are auto-folding while the doors open, giving added practicality and visual drama, as the Dihedral Synchro Helix Doors swing out and rotate 90 degrees to fully clear the door opening, without protruding more than the width of the door – making them highly ergonomic.

The Regera utilizes an EV plug in feature. Behind the robotized rear number plate nestles a type 2 mode 3 charging port. This means that the Direct Drive Battery can be charged either by the combustion engine or through the charging port. The plug-in solution enabled us to create a novel feature we call – Battery Drain Mode, or BDM for short. For example, when there is around 50 km range left to the destination or next charging point, a preset geo location or a push on the touchscreen will trigger the BDM. This means the car calculates the driving behaviour and makes sure the battery is fully drained upon arrival and is ready for a full charge. This drastically minimize fuel consumption and lower C02 emissions as the fuel consumed has been correctly optimized for the length of the journey.

The Koenigsegg One:1 featured the world’s first top mounted active rear wing. This was an innovative solution that maximized down force compared to its size and weight.

The Regera, being more luxury oriented, has taken this solution to the next level, allowing the wing also to fully fold down into the body work enhancing the cars elegance while parking and reducing drag while cruising. The wing’s active foldable mechanism, is a lightweight work of carbon fiber art and the movement is truly mesmerizing.

The novel exhaust system includes a fish tail outlet, envisioned by Christian, which has not been seen on a production car for the last half century, so we are excited to bring back the sound of the past! 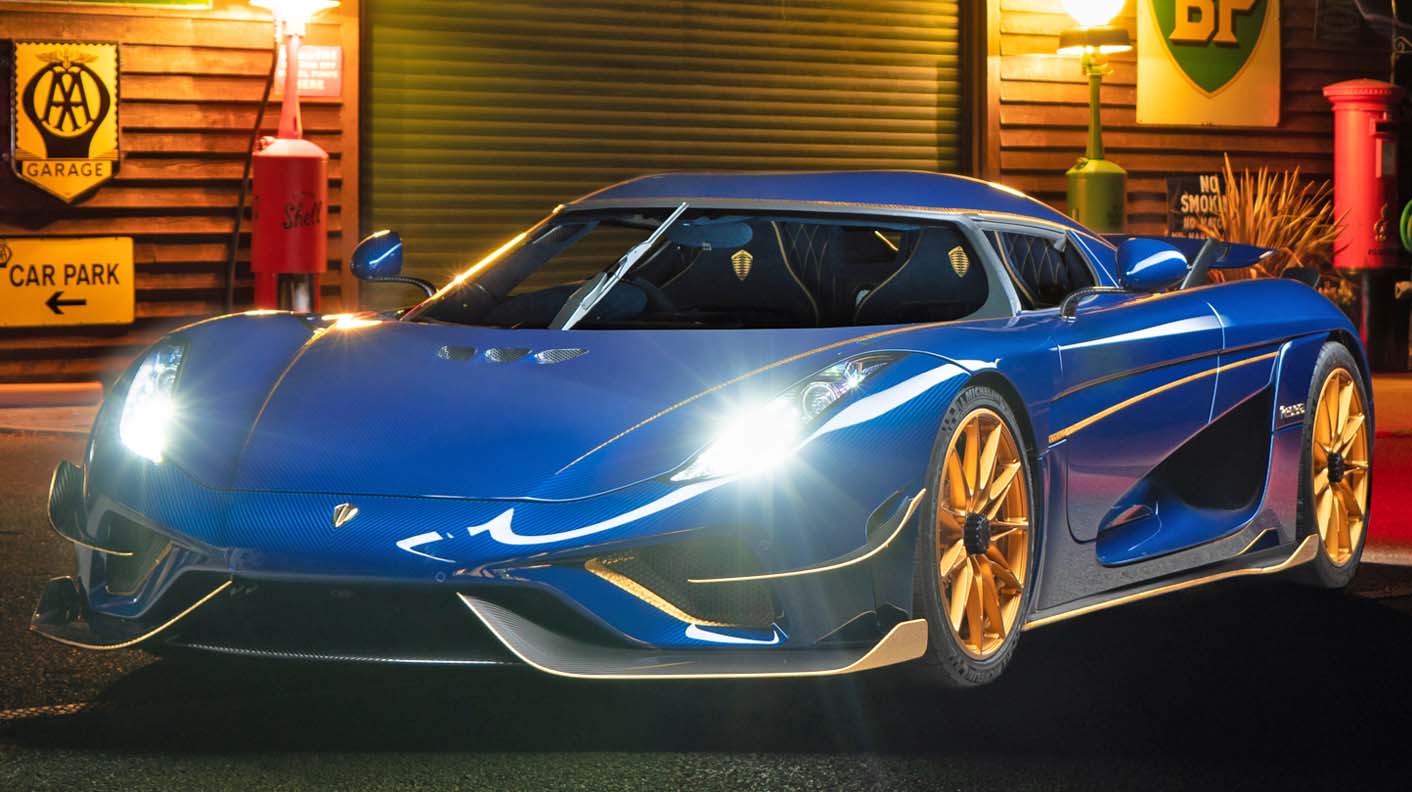 As many of you have heard, Christian is not a fan of hybrids, as they are generally compromised when it comes to weight, complexity, cost, packaging and efficiency.

Given this, the Regera is not what we at Koenigsegg would call a hybrid, as it does not have the traditional shortcomings of a hybrid. Instead, the Regera is a new breed of Koenigsegg – and car for that matter.

This brings us to the Koenigsegg Direct Drive Transmission or KDD for short – invented by Christian von Koenigsegg and developed for the Regera by the Koenigsegg Advanced Engineering team.

During highway travel, for example, the KDD reduces drivetrain losses, compared to traditional transmission or CVT by over 50%, as there is no step up or step down gear working in series with the final drive – just direct power transmission from the engine to the wheels.

To supplement the energy from the combustion engine and to allow for torque vectoring, regenerative braking, extreme drivers response, reverse and energy conversion, there are three YASA developed electric motors. YASA’s axial flux motors are extremely power dense and allow for direct drive, making them a key-ingredient for the KDD. One YASA for each rear wheel, giving direct drive – this time electric – and one on the crankshaft, giving torque-fill, electrical generation and starter motor functionality.

The three electric motors constitute the most powerful electrical motor set-up in production car history, replacing the gears of a normal transmission while adding; power, torque, torque vectoring and yet still able to remove weight.

The battery pack and PDU for the KDD were developed and manufactured together with Electric Supercar virtuoso Mate Rimac and his engineering team. The 620 V battery pack is of the latest fully flooded type and is the most power-dense battery pack ever created for a road going car with 9,27 kWh of energy, 67 liters of volume, and 115kg of weight. Still, a full 500 kW can momentarily be drawn during acceleration and over 150 kW can be absorbed by the battery-pack during regenerative braking and ICE power generation mode.

Every cell of the pack is carefully monitored for voltage, state of charge, health and temperature. The cells are enclosed in a fully machined aluminum casing for safety and stability. The battery is located in the most protected area of the car – the carbon-aramid chassis tunnel. The whole battery pack is actively cooled by external radiators and the Regera’s all new electrical air-conditioning system, which also can pre-cool the car via the Koenigsegg app on a warm day.

The complete KDD system, including the battery, adds a mere 88kg to the Regera’s weight, compared to what the Regera would have weighed with a traditional ICE, coupled to a 7 speed DCT transmission instead of the KDD. Presently no other hybrid Hypercar even comes close to this type of weight ratio for their electrification. This is interesting, as they all have smaller battery capacity and less electric power than the Regera.

To put it into perspective, the Regera has almost triple as many electric Bhp (700 Bhp) and over 300 Bhp more than its closest hybrid rival. Still the Regera manages to be very competitive weight wise, while including unusual features such as a six way adjustable electrical seat and a fully robotized body work. This is no small feature and it is a testament to the meticulous nature of the Koenigsegg engineering team.

The combination of electrical and combustion power is just mind boggling. When you get up to speed, the system really comes into play – How about 3.2 seconds between 150 to 250 km/h and under 20 seconds from 0 to 400 km/h? 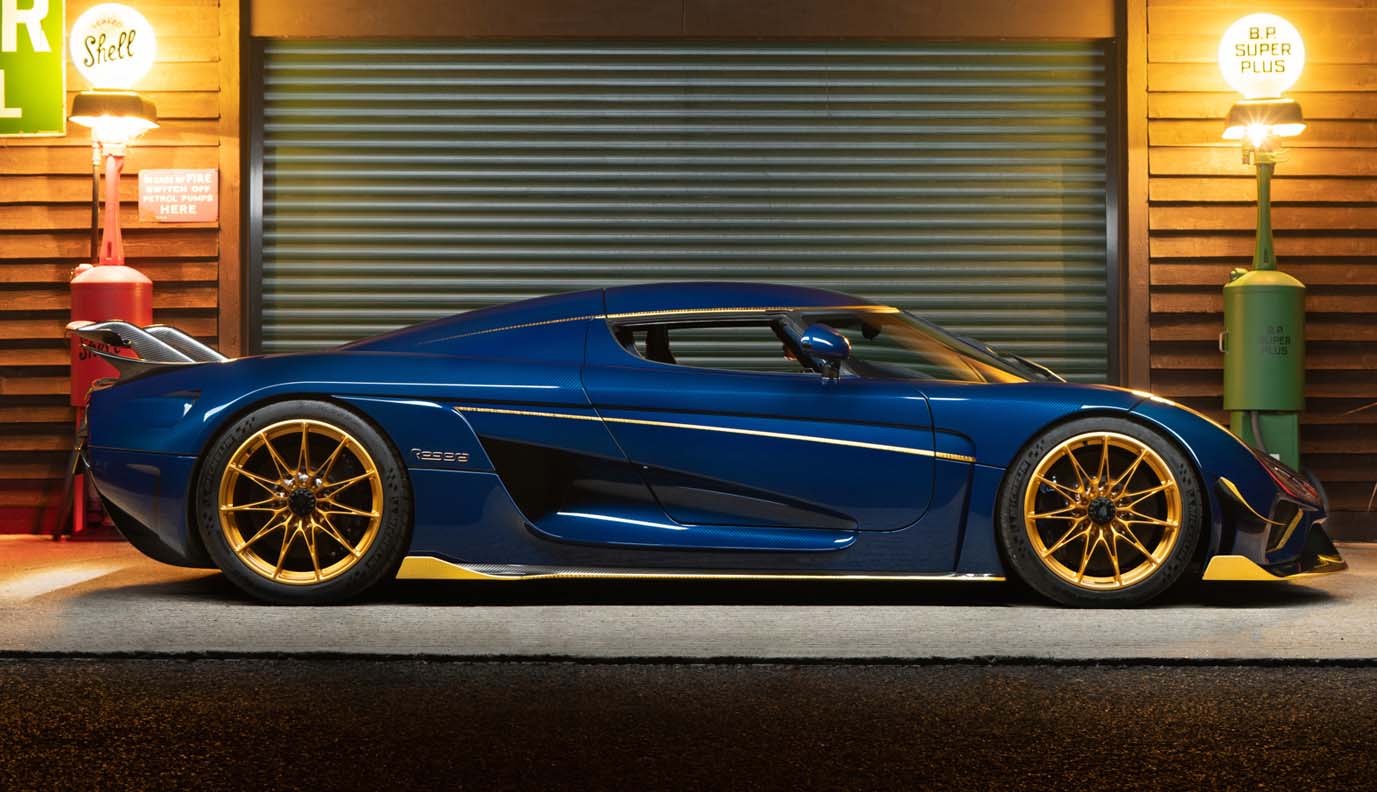 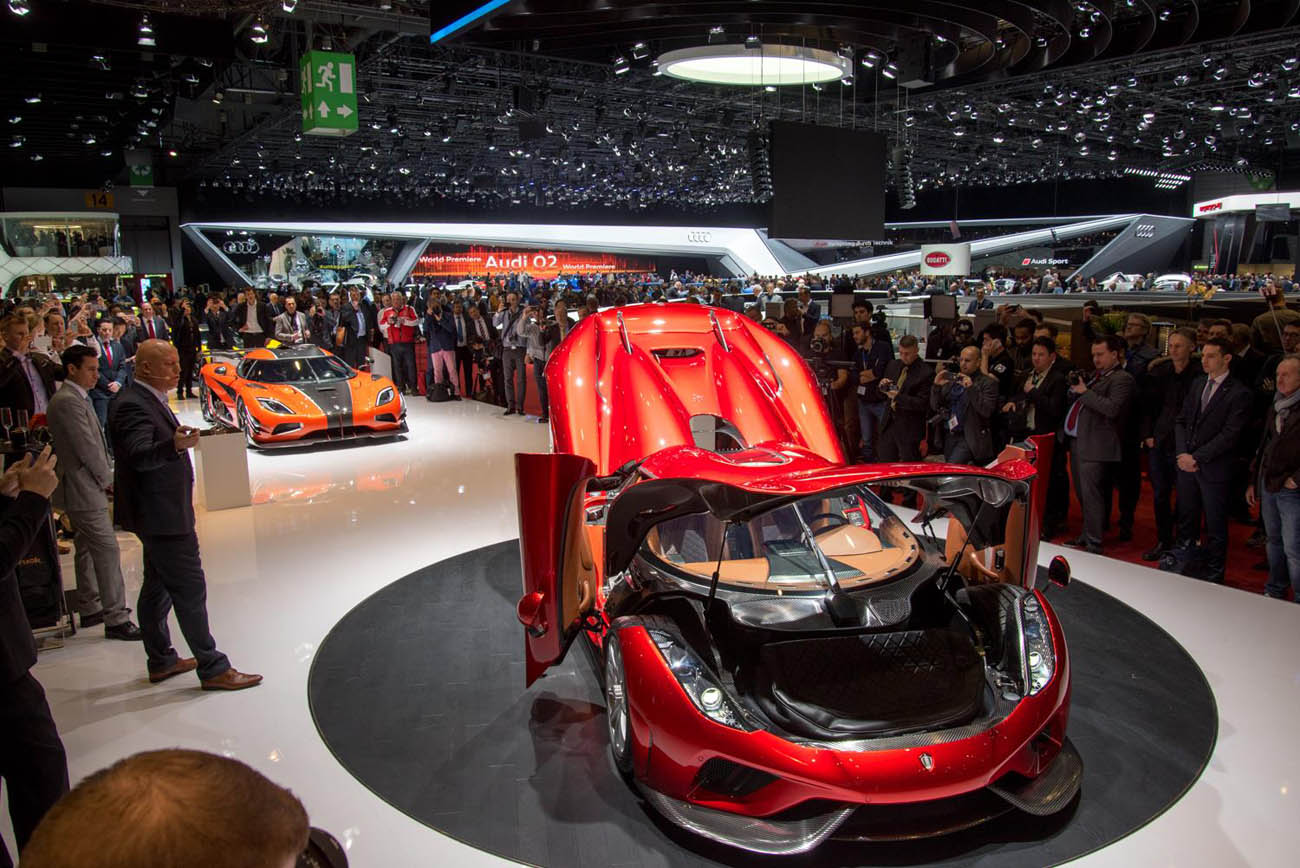 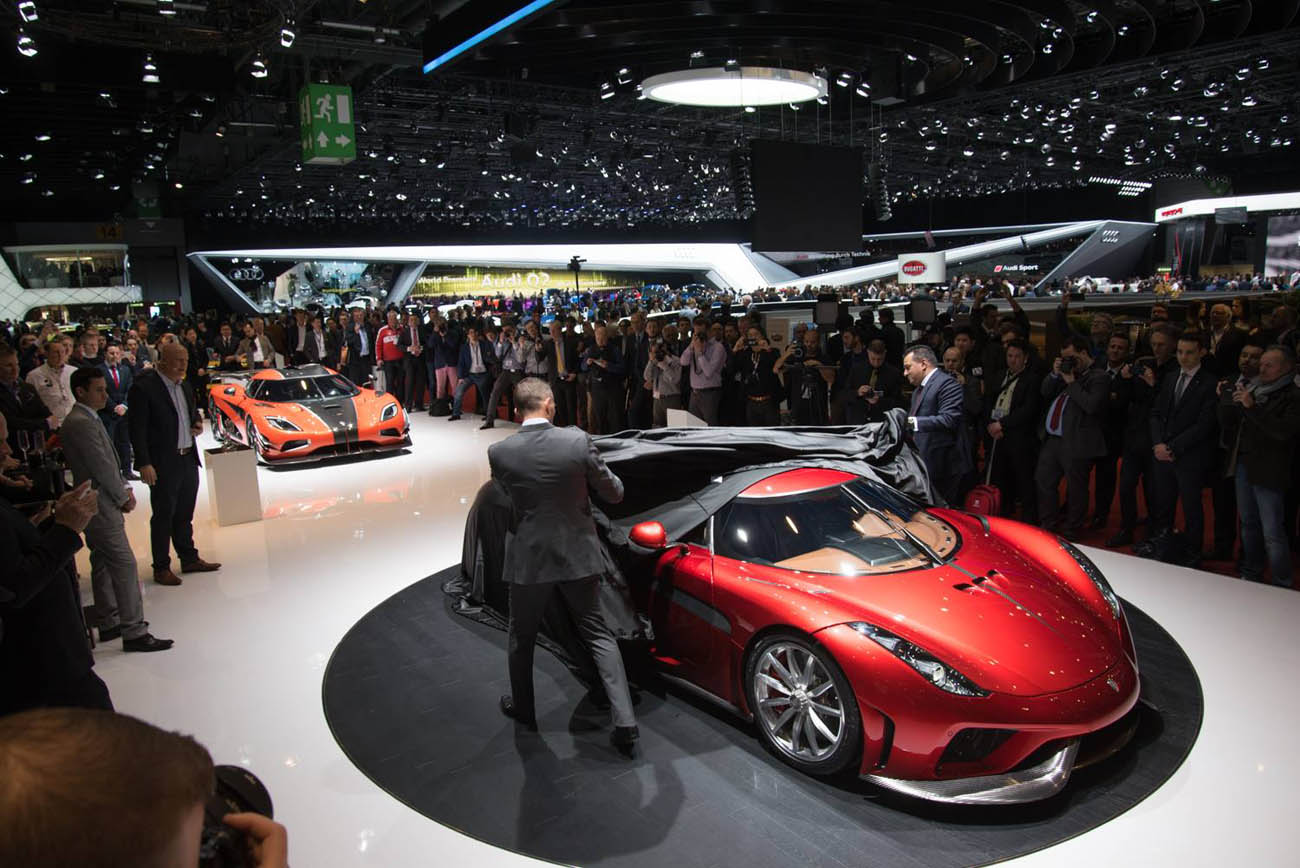 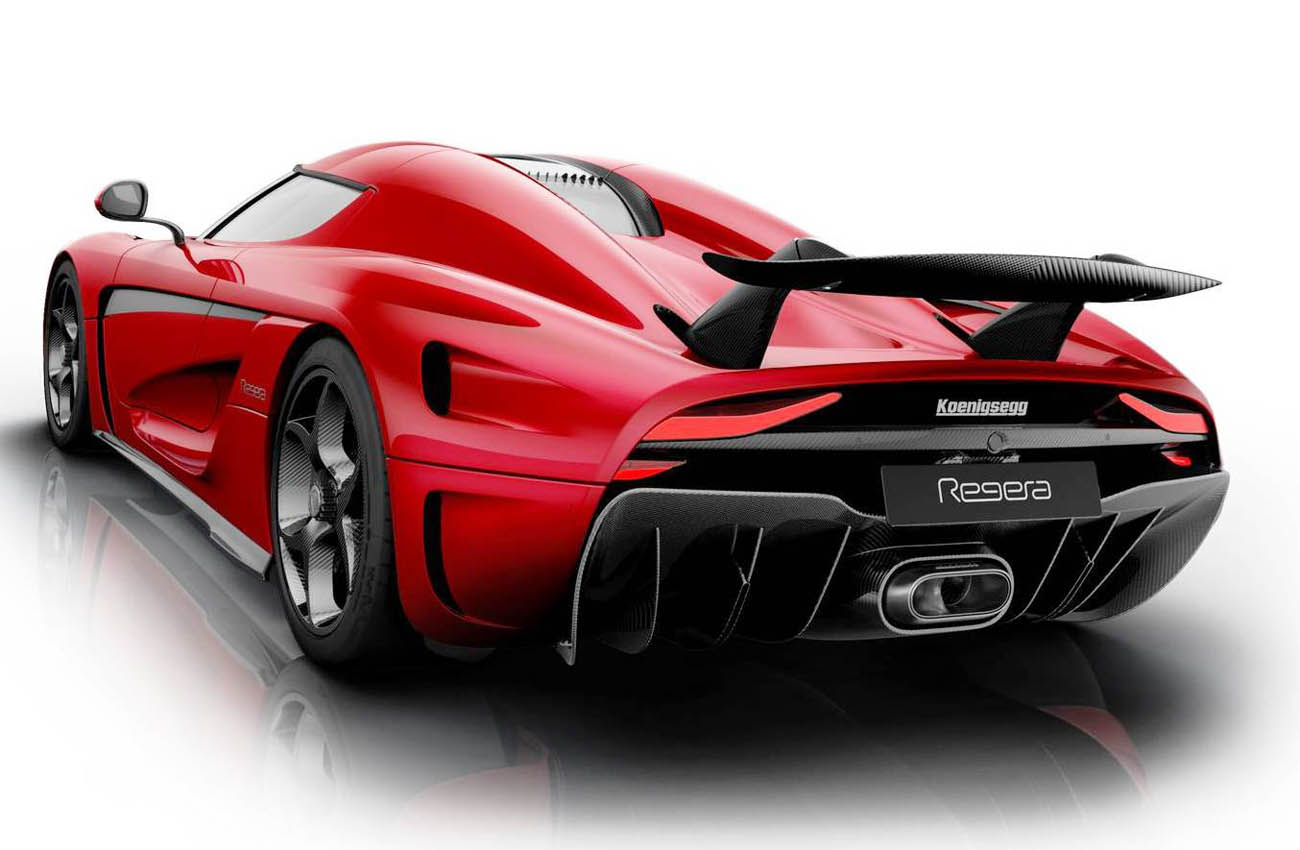 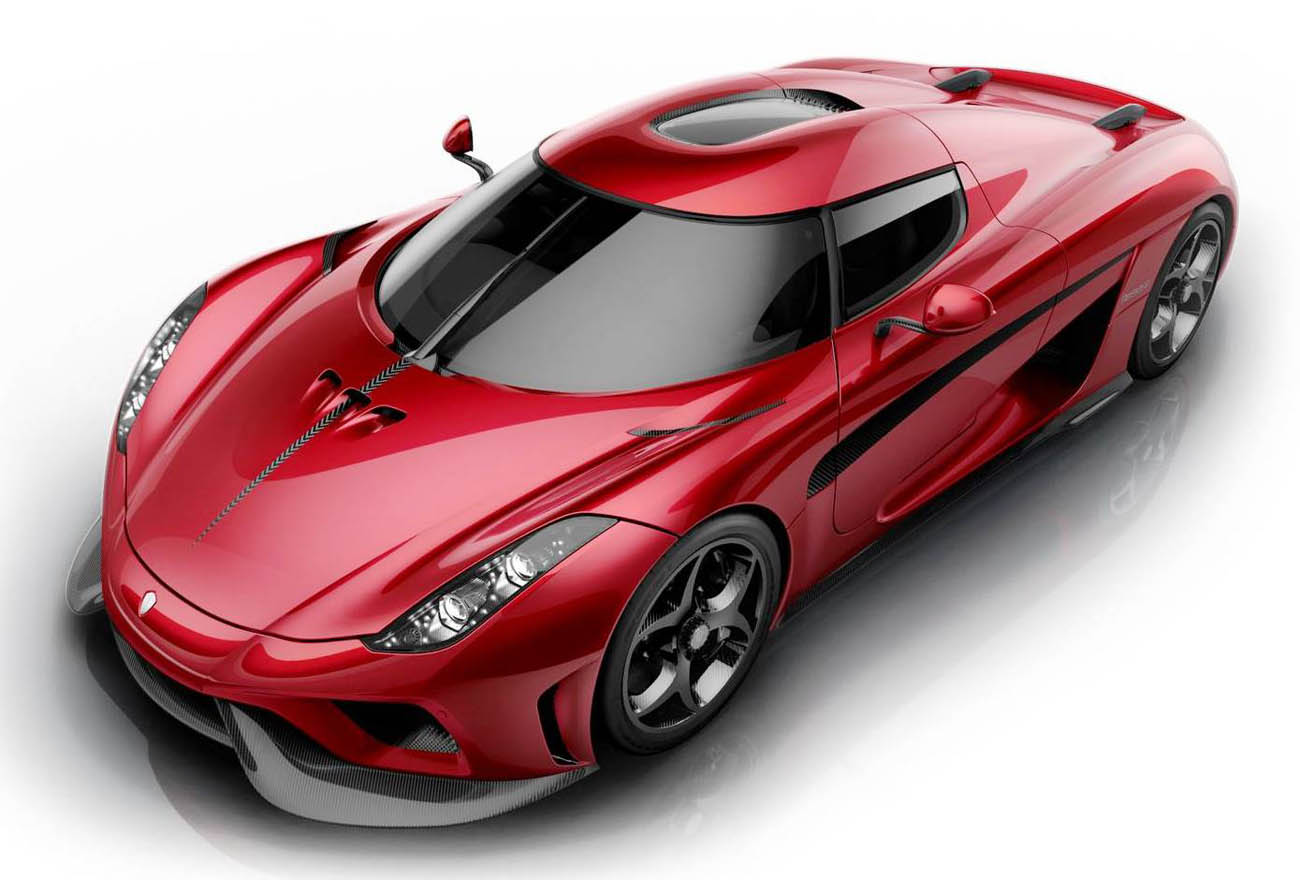 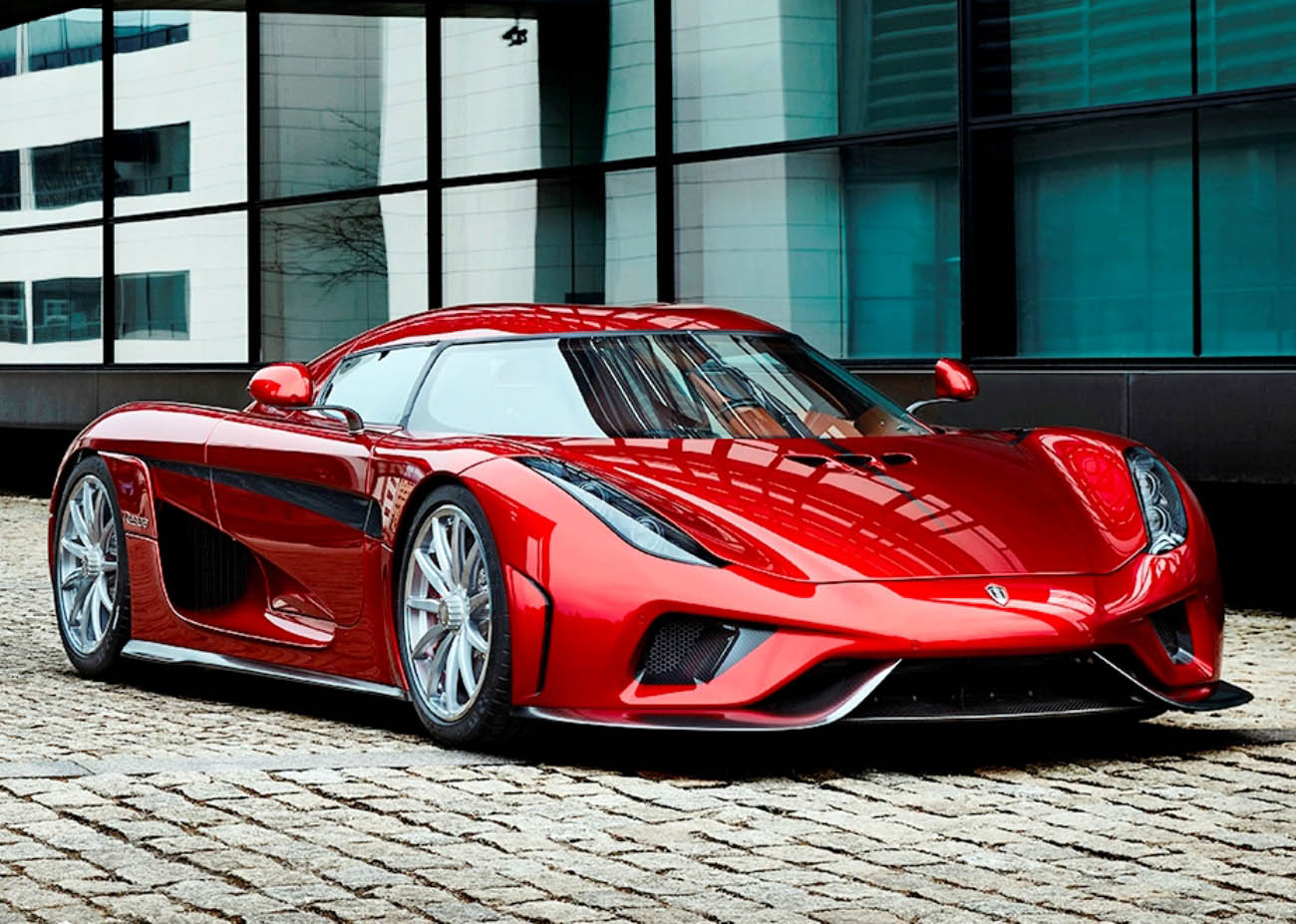 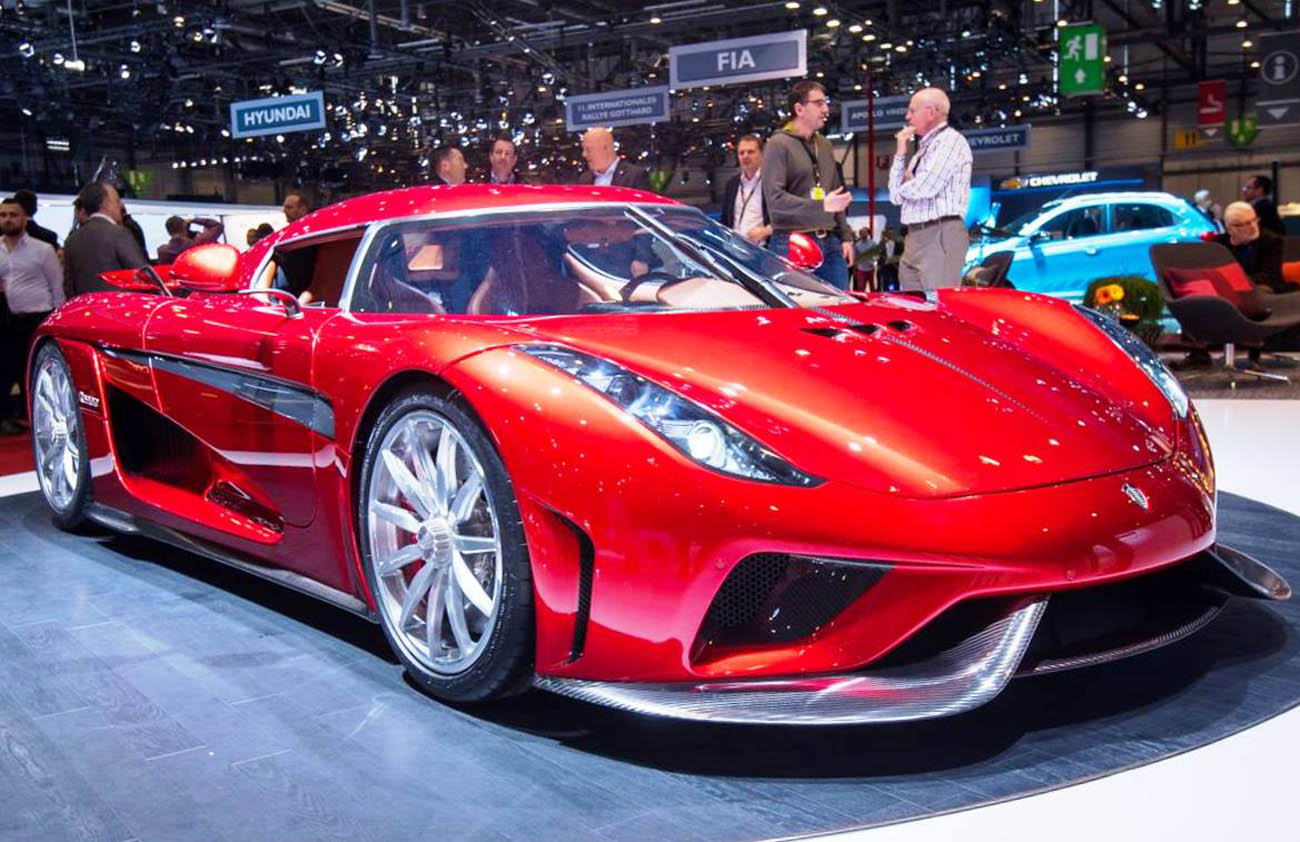 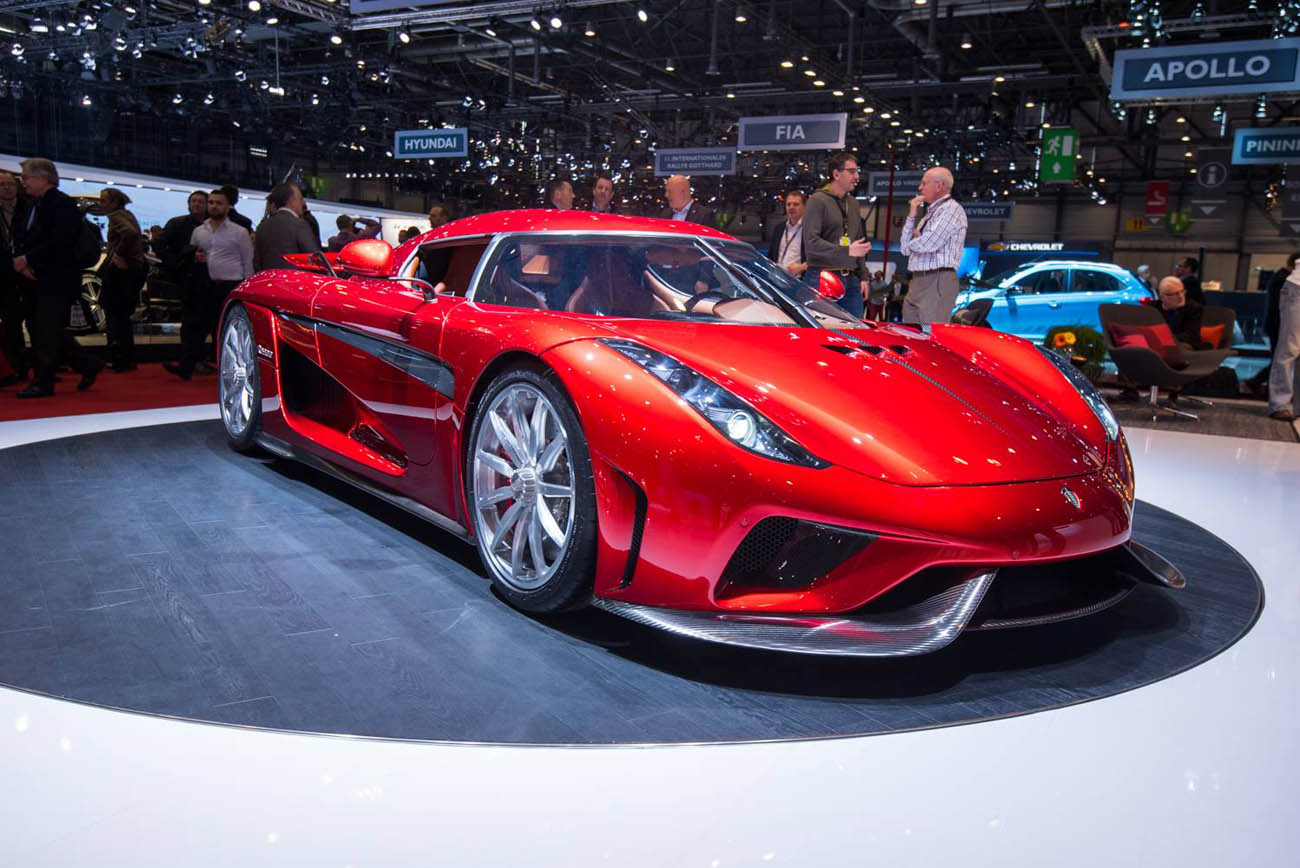 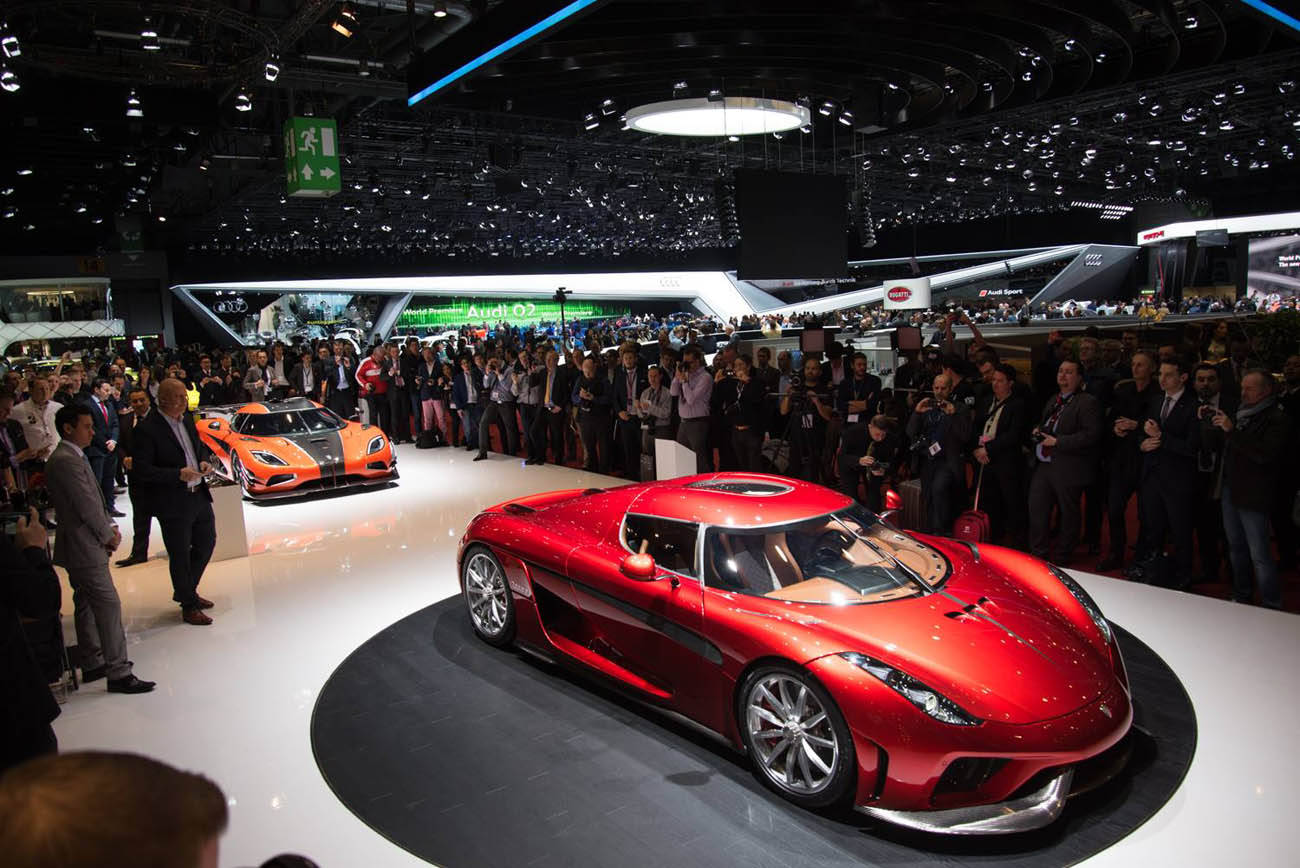 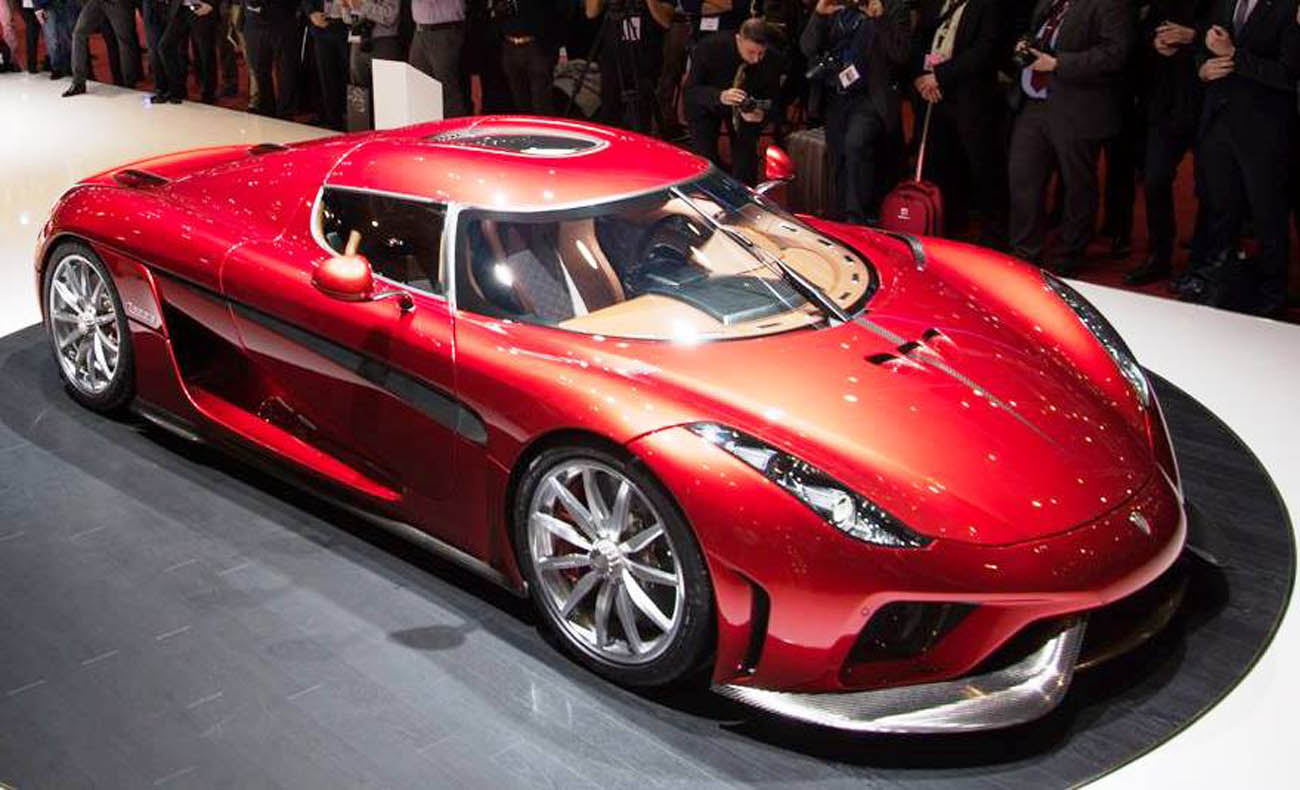 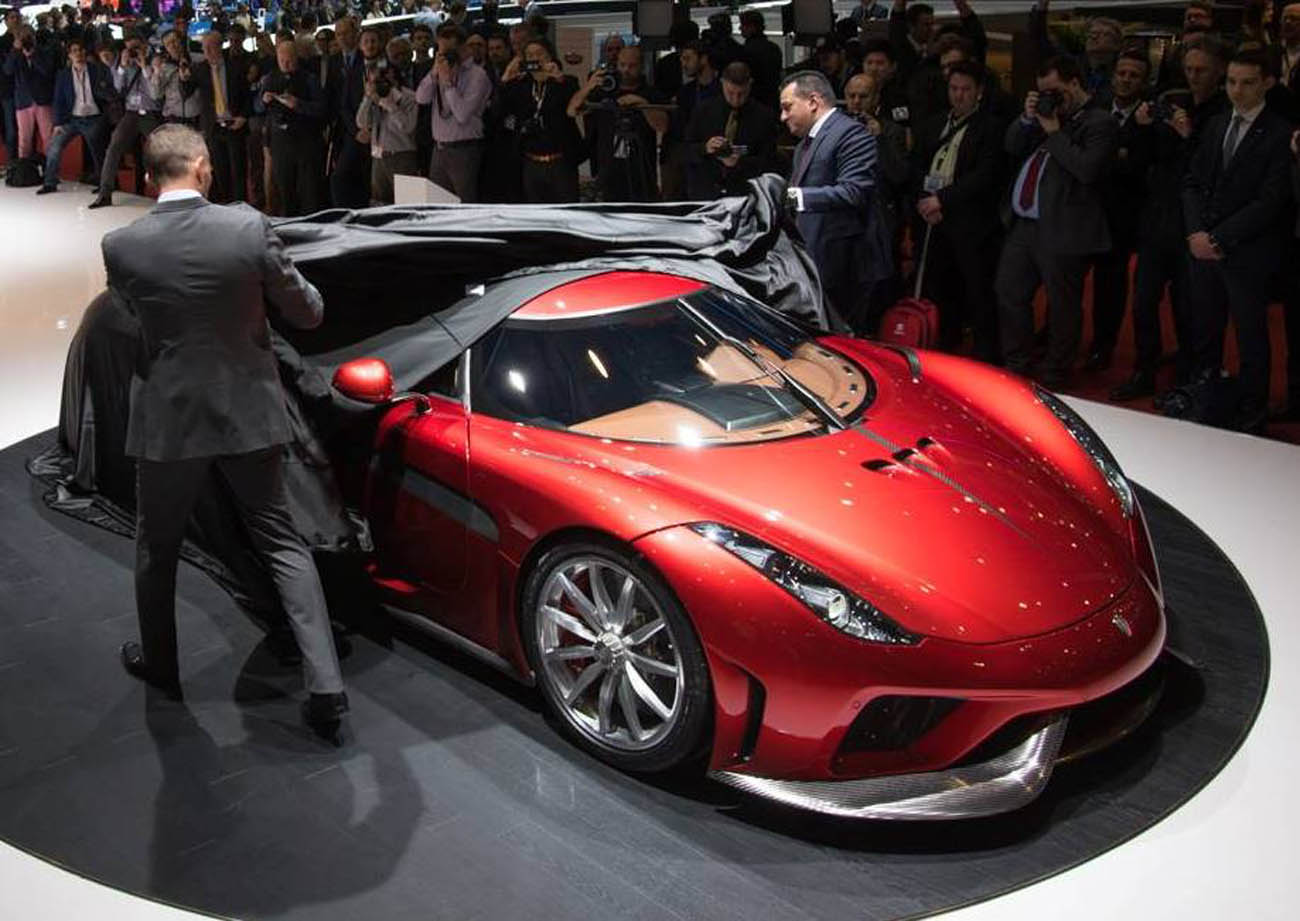 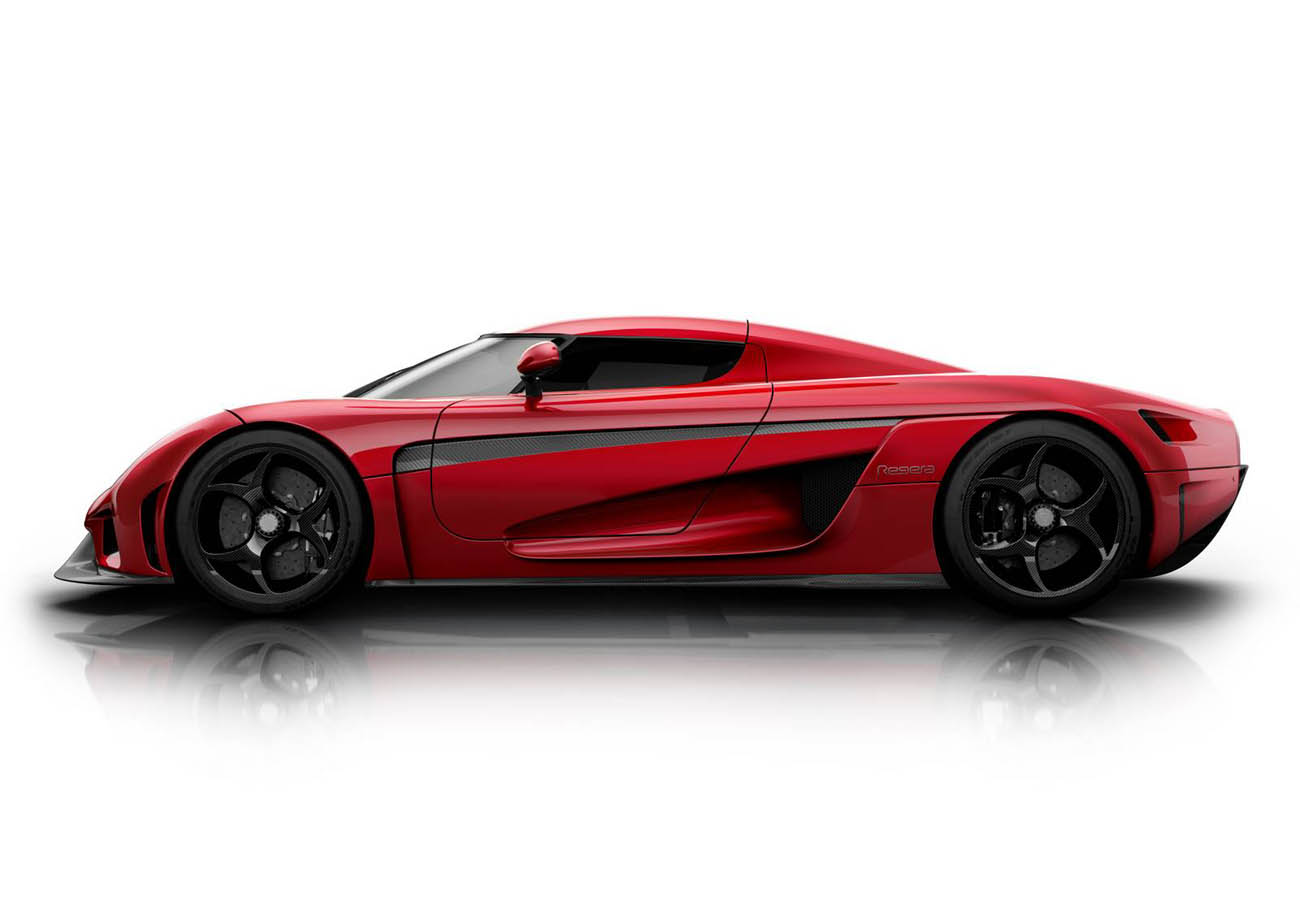