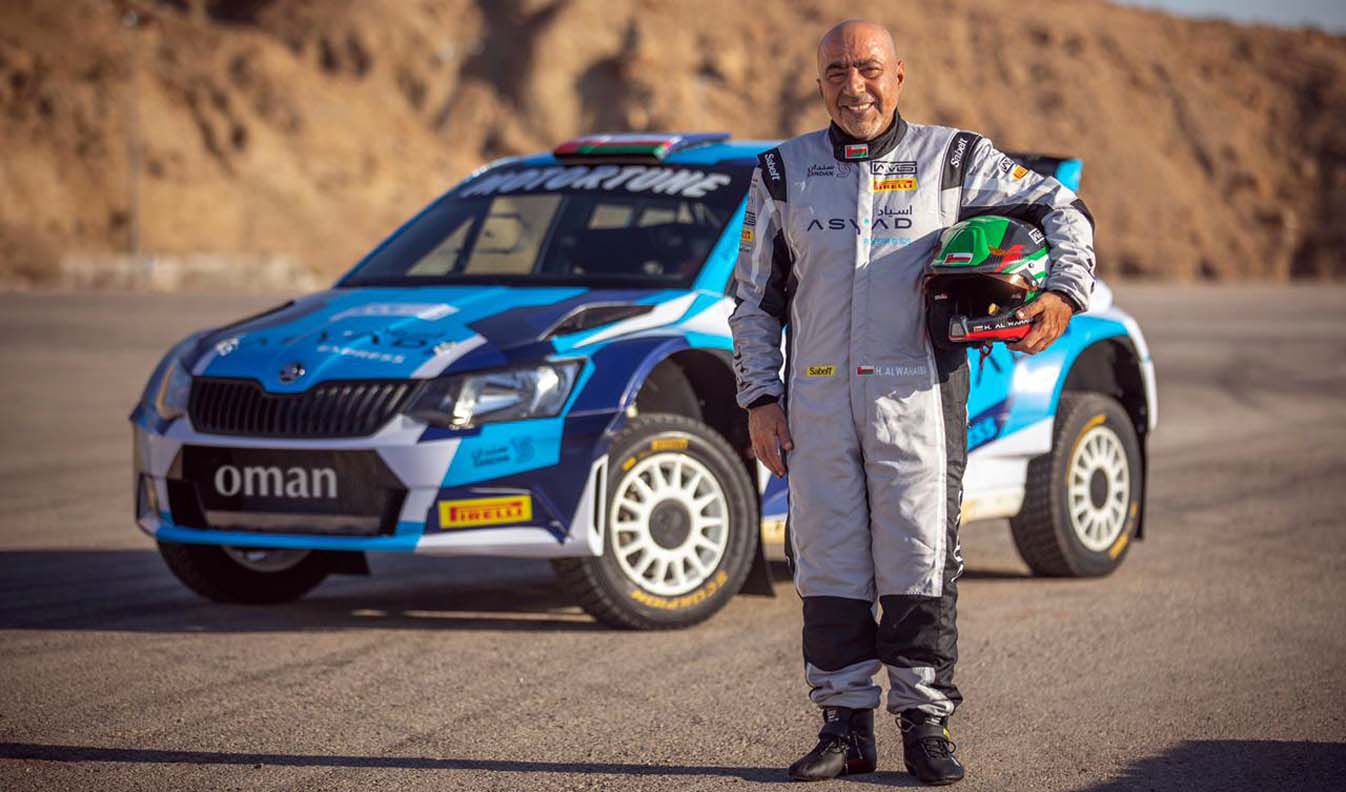 The second round of the 2021 FIA Middle East Rally Championship has attracted 13 teams and competitors from eight nations. They will tackle two days of demanding gravel special stages in the Dead Sea and Mount Nebo areas of Jordan on Friday and Saturday.

Al-Wahaibi was one of the fastest drivers in the Middle East during his heyday in the late 1990s and early noughties and won numerous special stages during ambitious rallying programmes that also stretched to the FIA World Rally Championship.

But the Omani has not competed in the regional rally series since finishing fourth in the 2011 Dubai International Rally in a Mitsubishi Lancer Evolution X, although he did tackle two events in the Sultanate of Oman the following year in a WMS-built Toyota Yaris as part of a youth development programme with Ulster navigator Allan Harryman and ran a Mitsubishi on three national rallies in Oman, winning all three.

Al-Wahaibi has been testing on gravel stages in Oman to regain the pace and rhythm he showed for many years and has recruited the services of Austrian female navigator Ilka Minor to sit alongside him in Jordan.

The 46-year-old is one of the most experienced female navigators in the world and has guided an impressive list of drivers, including Henning Solberg, Manfred Stohl and Evgeny Novikov. This year she has already finished 26th and 21st overall in the Monte-Carlo and Croatian rallies with Johannes Keferböck.

Al-Wahaibi, 53, will drive a Motortune-run Škoda Fabia 1.6 with logistical support from Asyad Express, an Omani delivery and logistics company, WMS, Sandan (a new industrial area near Muscat) and Pirelli.

“At this stage, I am not here to win against Nasser (Saleh Al-Attiyah),” admitted Al-Wahaibi. “He’s in a car every week and has been there for so long. He knows the stages so well. I am here aiming to gain as much experience as possible. My year is next year. That’s the plan. 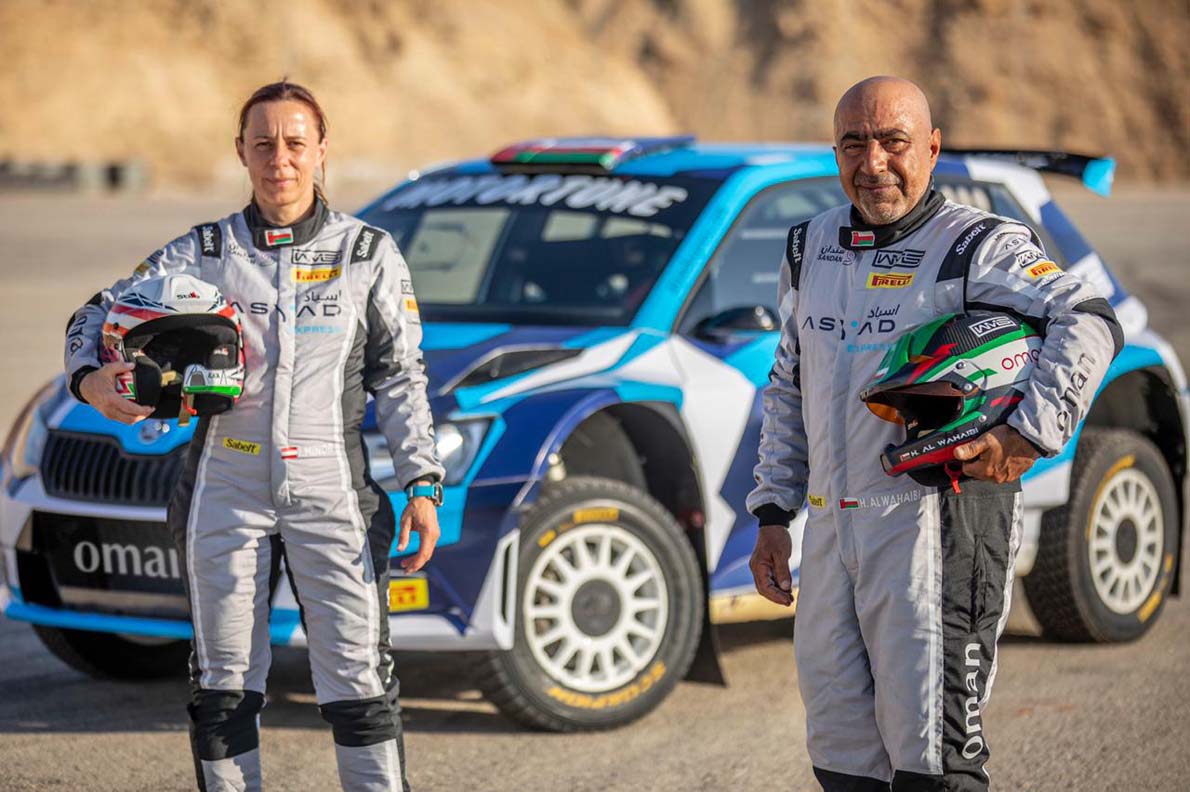 “I’ve come out of retirement with a different mind-set. Now I am really enjoying the time in the car. It feels great to be back behind the wheel. I realise I have been out of touch for the last nine years and it will take some time for me to get back in the groove. I am proud to be representing Oman for my return.”

Al-Wahaibi first tackled a WRC event in the United Kingdom back in 1997 and finished as the runner-up in the 1999 Production WRC behind Gustavo Trelles of Uruguay. He last competed in the WRC in Japan in 2005.

He has yet to win a round of the MERC, but came within a few hundred metres of winning the Jordan Rally in 2004, before a cruel engine failure handed the win to local driver Amjad Farrah on the final super special stage. Al-Wahaibi’s best finishes to date in the MERC were as runner-up in Oman in 1998 and third overall in Abu Dhabi, Jordan and Dubai in 1997.

Team-mate Al-Rawahi, 24, is one of the most improved drivers in regional rallying and can call upon the experience of local navigator Ata Al-Hmoud in Jordan, himself a winner of the inaugural Jordan Baja on a motorcycle.

Al-Rawahi graduated from a Subaru Impreza in the MERC2 category to driving an M-Sport-built Ford Fiesta R5 prepared by Motortune. Last season he finished second and 10th on rounds of the regional series in Oman and Cyprus and reverted to the Subaru to win the opening round of the Jordan National Championship.

A broken steering arm and exhaust sensor issues halted his challenge for honours at the opening round of the 2021 series in Qatar at the end of January. But Al-Rawahi carried out over 150km of testing in Oman before his home event was postponed until December because of the ongoing Covid-19 crisis.

“I want to continue learning and getting ready for 2022,” said Al-Rawahi. “I also want to compete in some European rallies to further my experience. I am optimistic for a good Jordan Rally and have increased my physical training in preparation for the longer stages. Having Hamed around me is a plus point and I feel more confident. His support has definitely helped.”

This year’s Jordan Rally features 10 gravel stages in the Dead Sea and Mount Nebo areas, which hosted the FIA World Rally Championship in 2008, 2010 and 2011.

There are two passes through the Syagha, new Adasiyah and Baptism Site specials on Friday (May 28th) and runs through the daunting and longer Jordan River and Joufeh stages on Saturday (May 29th). 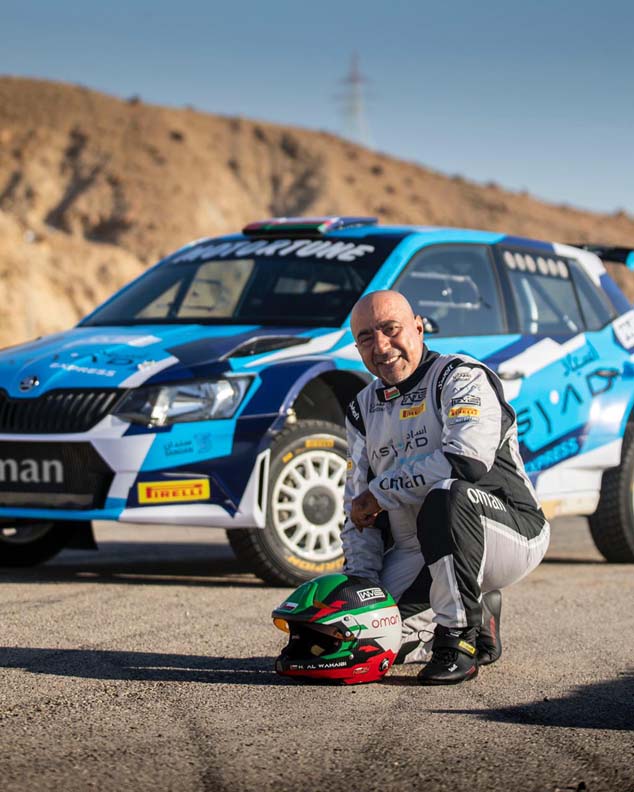 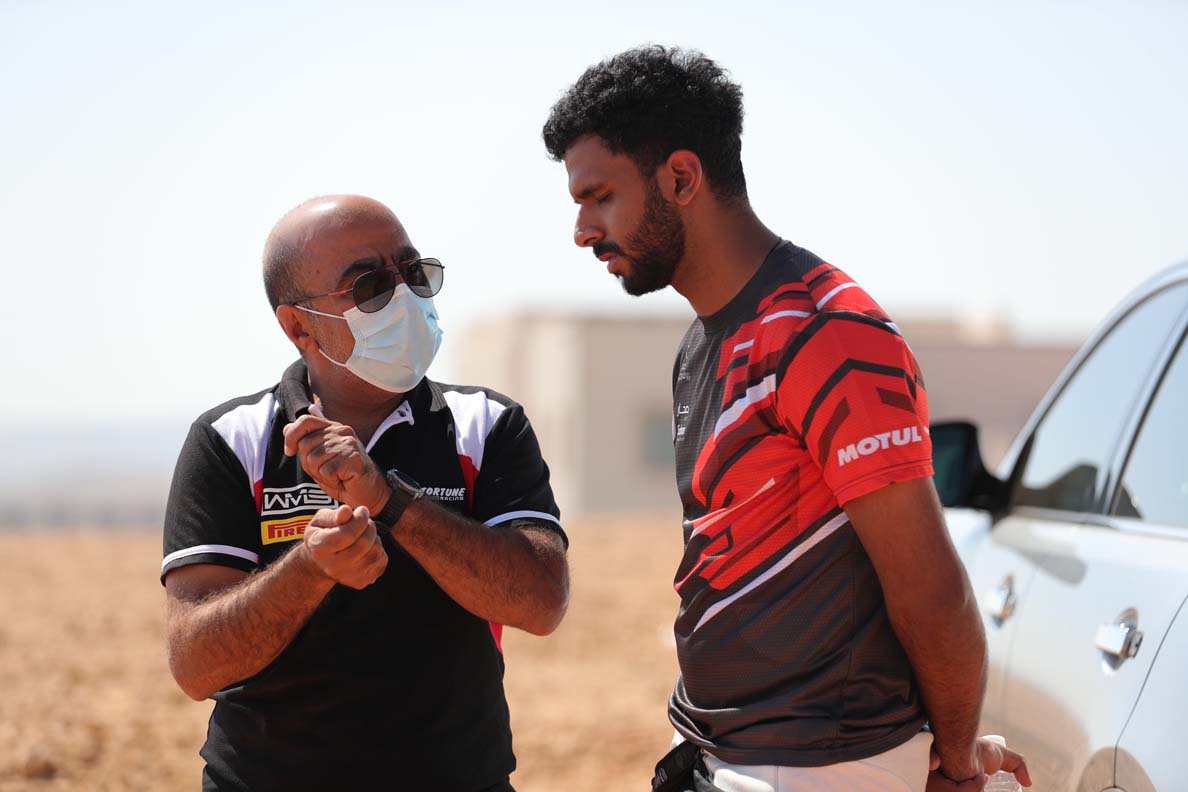