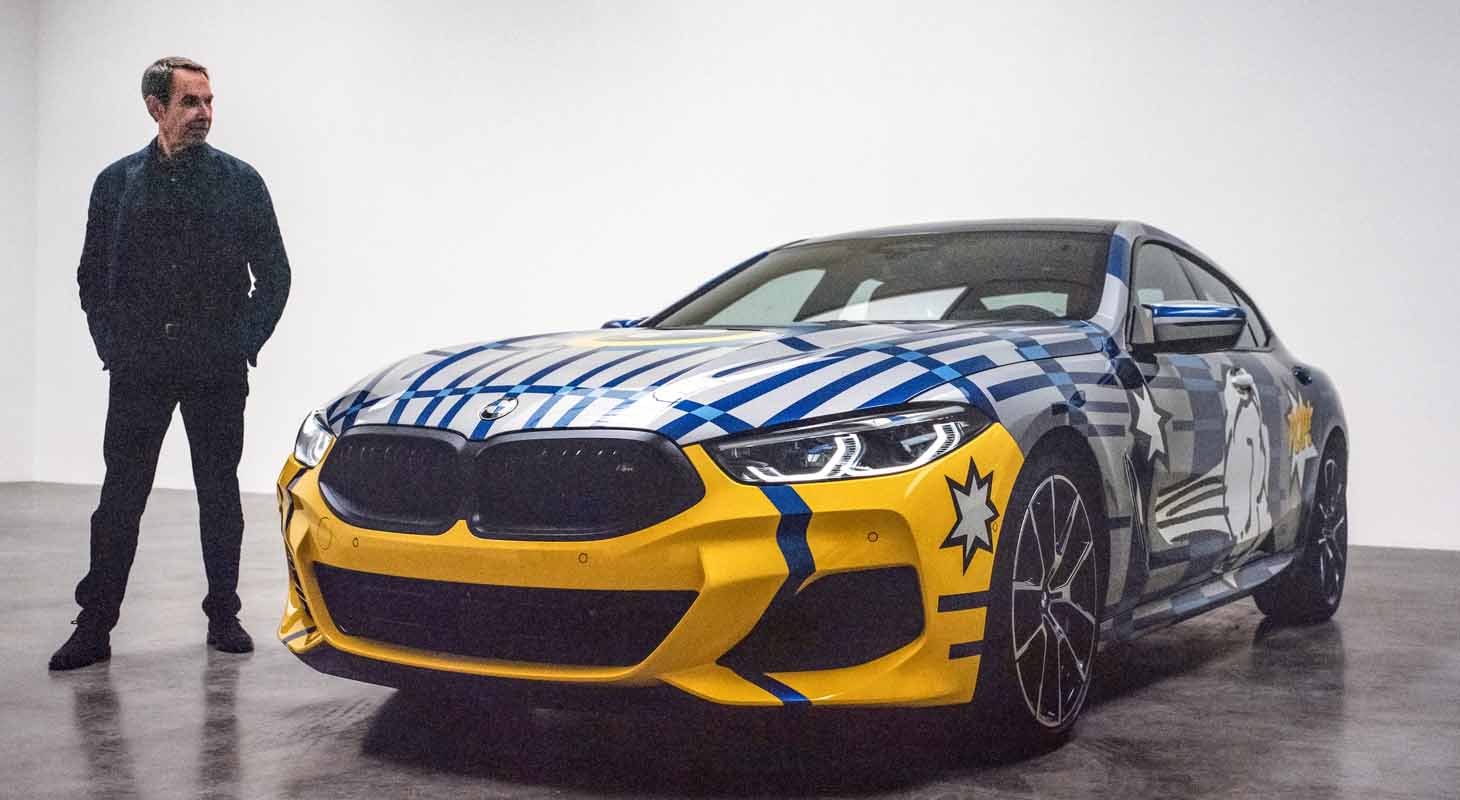 In an exclusive edition of only 99 automobiles, a strictly limited number of the M850i xDrive Gran Coupé were created by Jeff Koons and BMW during several years of close collaboration. With THE 8 X JEFF KOONS, the most elaborately designed vehicle in all of BMW’s history will be presented to a global audience for the first time on the occasion of Frieze Los Angeles. BMW is a long-term partner of the art fair; Jeff Koons is represented globally, and at Frieze Los Angeles, by Pace Gallery.

Jeff Koons, artist: “My edition of the BMW 8 Series is my dream car! It is very special to me and I’ve wanted to create a special edition BMW for a long time. It is sporty and flashy as well as minimalist and conceptual. I can’t wait to drive it and ride in it, and I hope that people will enjoy the Gran Coupé just as much as I do. On the car, the lines are getting bigger on their journey from the hood towards the trunk, creating a sense of forward movement just as the ‘POP!’ and the vapor thrust design elements do. The blue color resembles the vastness of space and I like the idea of the car being a global car. What matters is how we relate to each other and our awareness of everything we are surrounded by. For the driver and all passengers, there is a ened state of pleasure. This is what my car has to offer.”

Oliver Zipse, Chairman of the Board of Management of BMW AG: “BMW thrives on constantly seeking out new challenges! Working with Jeff Koons again has inspired us all – throughout headquarters and across our plants in Germany. Never before in the history of our company has a BMW been created with such an extensive design effort as THE 8 X JEFF KOONS. A ‘rolling sculpture’ that will not only be displayed as a coveted collector’s item in museums but will also be allowed to flourish on the road as a genuine BMW.”

Over 200 hours of work time just for the exterior paint job
The expressive and striking design combines eleven different exterior colors ranging from blue to silver as well as from yellow to black. Only four cars will be painted each week. The multi-colored interior is comprised of high-end materials, fine leather and a cupholder lid with an edition badging and the artist’s signature. The seats are made up of the striking red and blue which reflects the colors of superheroes from the comic book universe as well as those of the company’s high-performance unit BMW M. Overall, the energetic and powerful design includes both elements of pop art as well as geometric patterns paying homage to the sporty 8 Series Gran Coupe’s intricate contours and shape. The exploding lines of color at the rear, in turn, are their own unmediated homage to the artist’s 2010 BMW Art Car, while the “POP!” on each side as well as the vapor thrust imagery symbolize the power and speed of THE 8 X JEFF KOONS, according to the artist.

Over 200 hours of manual work were spent by highly specialized professionals at the BMW Group plants in Dingolfing and Landshut on the exterior paintwork alone, where the color samples were often applied with magnifying glasses. “Energetic,” “tantalizing,” and “strong” is how international media described the car, following the publication of first design studies on the occasion of the cooperation’s announcement in early September 2021 at Munich’s Pinakothek der Moderne museum. “Dozens of engineers and designers have given their all to celebrate our partnership and make his vision come true,” said Oliver Zipse. The artist himself spent many days on site at the Dingolfing plant over a period of numerous months discussing design options with the BMW employees involved. “I was thinking very intensely about it: What is the essence of the 8 Series Gran Coupé? What is the essence of power? How to create something that exemplifies all the energy of the BMW 8 Series that is also able to touch upon the human element?”

Koons signature in the Bavarian blue of the BMW logo
Each vehicle comes with a large-format certificate signed by Jeff Koons, which in addition to Oliver Zipse’s signature also contains the individual Vehicle Identification Number of the respective vehicle. The artist also designed the dust jacket of the Driver’s Manual. One further signature of the artist is let into the cupholder panel. Koons deliberately chose the Bavarian blue from the BMW logo.

The original BMW 850i was the first model of the 8 Series launched in 1990 and was celebrated as creating a new perspective of progress in advanced motoring, appealing to the connoisseur who acknowledges elegance and performance as the ultimate blend of perfection. THE 8 X JEFF KOONS also continues this tradition.

New York: Christie’s auction for a good cause
In 2010, the American artist already created a unique BMW M3 GT2 Art Car which performed at the 24 Hours of Le Mans race and was unveiled at the Centre Pompidou in Paris. That same year, the rock singer Bono from U2 wrote in an editorial for the New York Times that Jeff Koons should have a part in designing the car of the future. BMW and Koons continued the conversation and in early 2020 decided on a limited edition of the new BMW 8 Series Gran Coupé, which had its world premiere in January 2022.

Initially, THE 8 X JEFF KOONS will be on display for the general public in Manhattan’s Rockefeller Plaza before one vehicle from the edition, signed on the tailgate by Jeff Koons,  will be auctioned off at Christie’s in New York on April 4. All proceeds from the highest bid will go to the International Centre for Missing & Exploited Children (ICMEC). Jeff Koons has been personally involved with this nonprofit NGO for over two decades.

History of the BMW Art Cars
Initiated by French race car driver and art aficionado Hervé Poulain and conceived in collaboration with the founder of BMW Motorsport Jochen Neerpasch, the first BMW Art Car was commissioned when both asked Alexander Calder to design Poulain’s BMW race car in 1975. Since then, 19 artists from throughout the world have created BMW automobiles of their time. The BMW Art Cars by Roy Lichtenstein, Esther Mahlangu, Jenny Holzer, Andy Warhol, David Hockney, Ólafur Elíasson, Frank Stella, Robert Rauschenberg, Cao Fei and John Baldessari, among others, are all inspired by developments in art, design and technology. Jeff Koons designed the 17th BMW Art Car in 2010, the BMW M3 GT2, which also competed in the 24 Hours of Le Mans. On the occasion of 50 years of BMW Group Cultural Engagement last year, the Art Cars entered the digital realm and are presented in augmented reality since then. Via the free Acute Art app, the digital rolling sculptures are accessible to everyone around the world at any time. 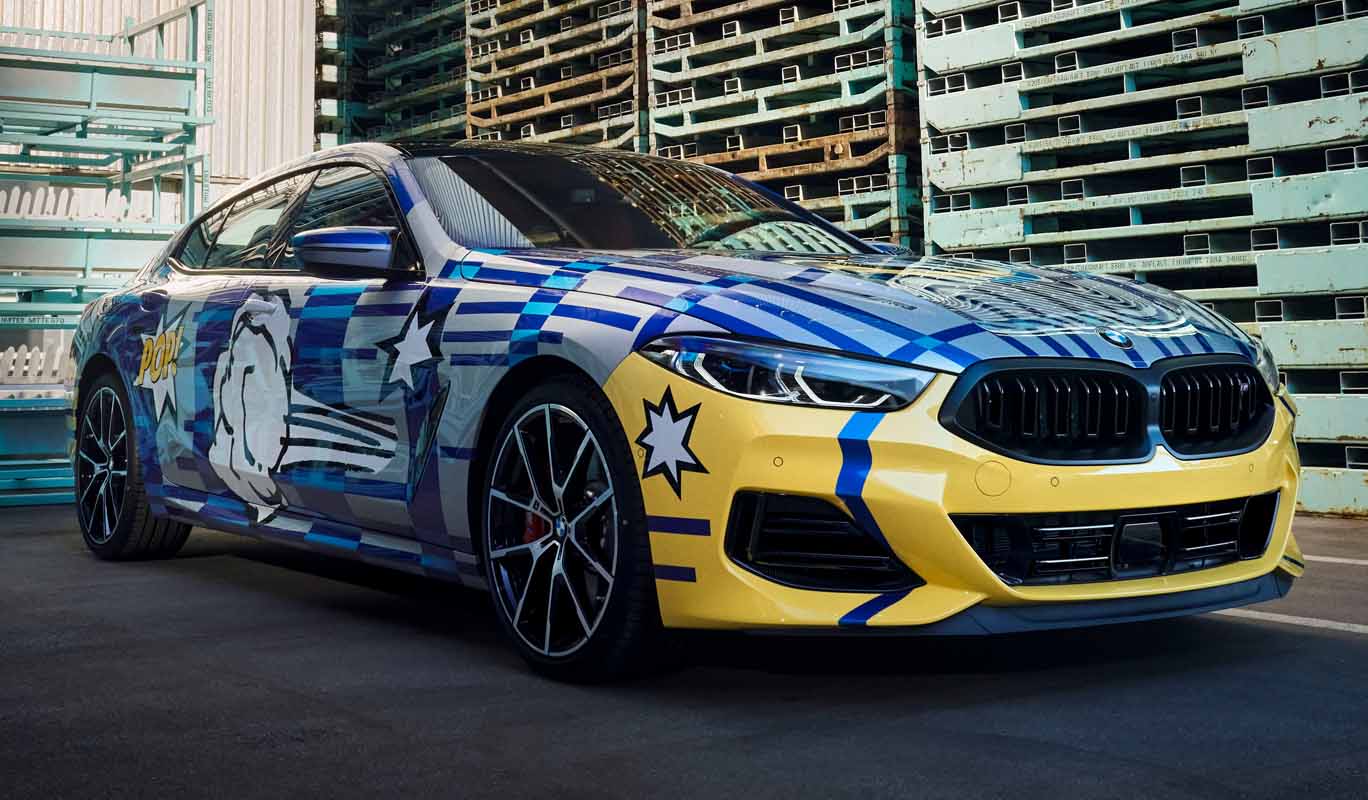 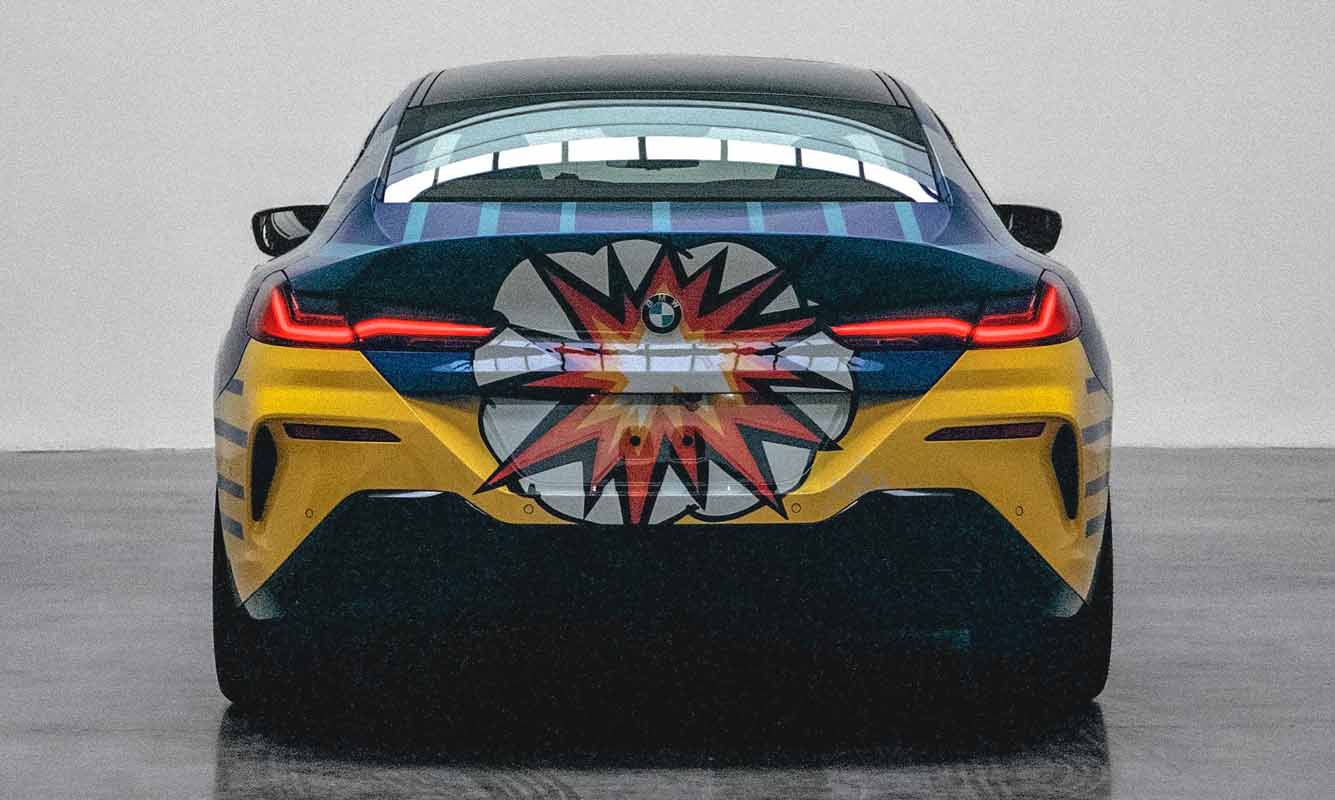 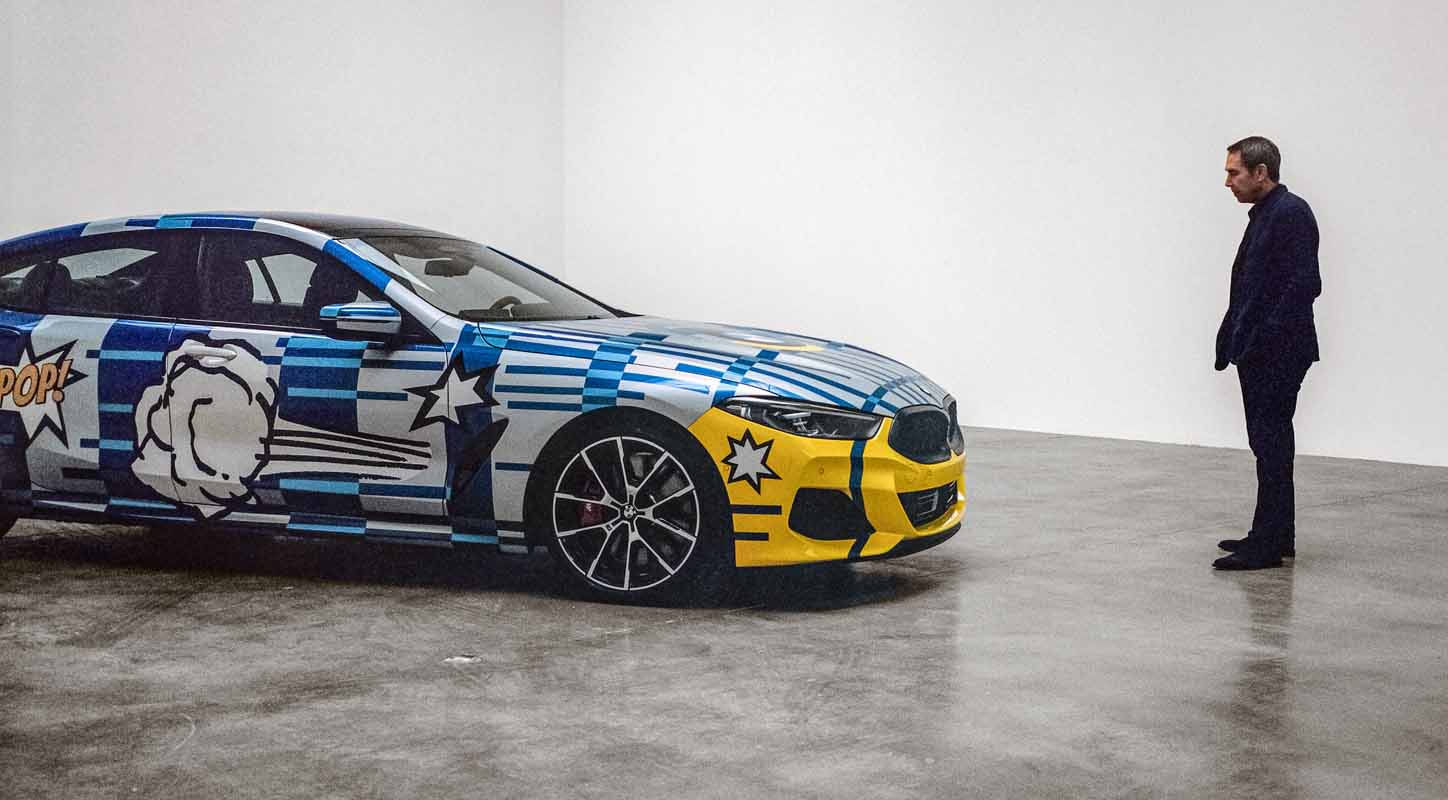 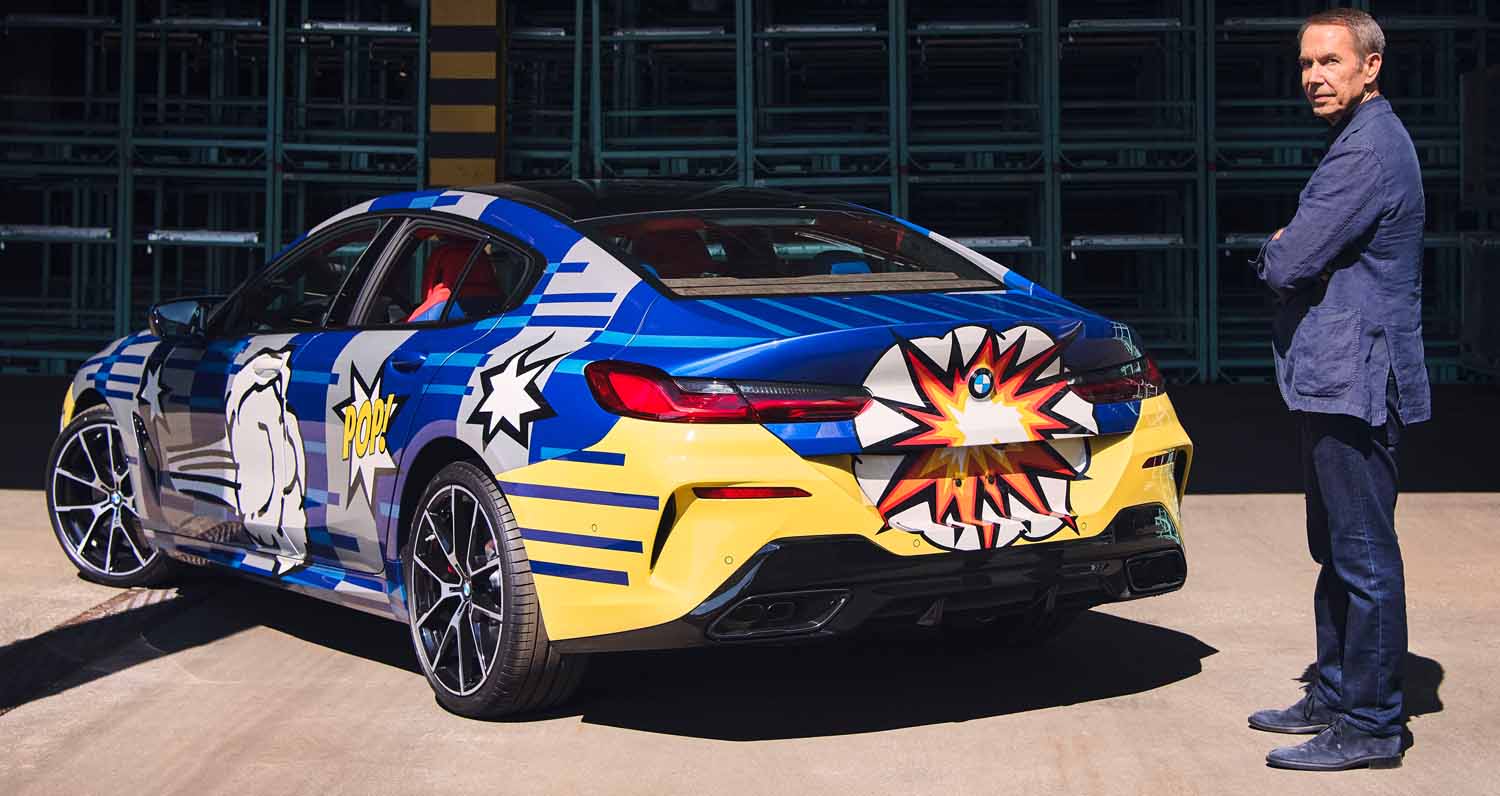 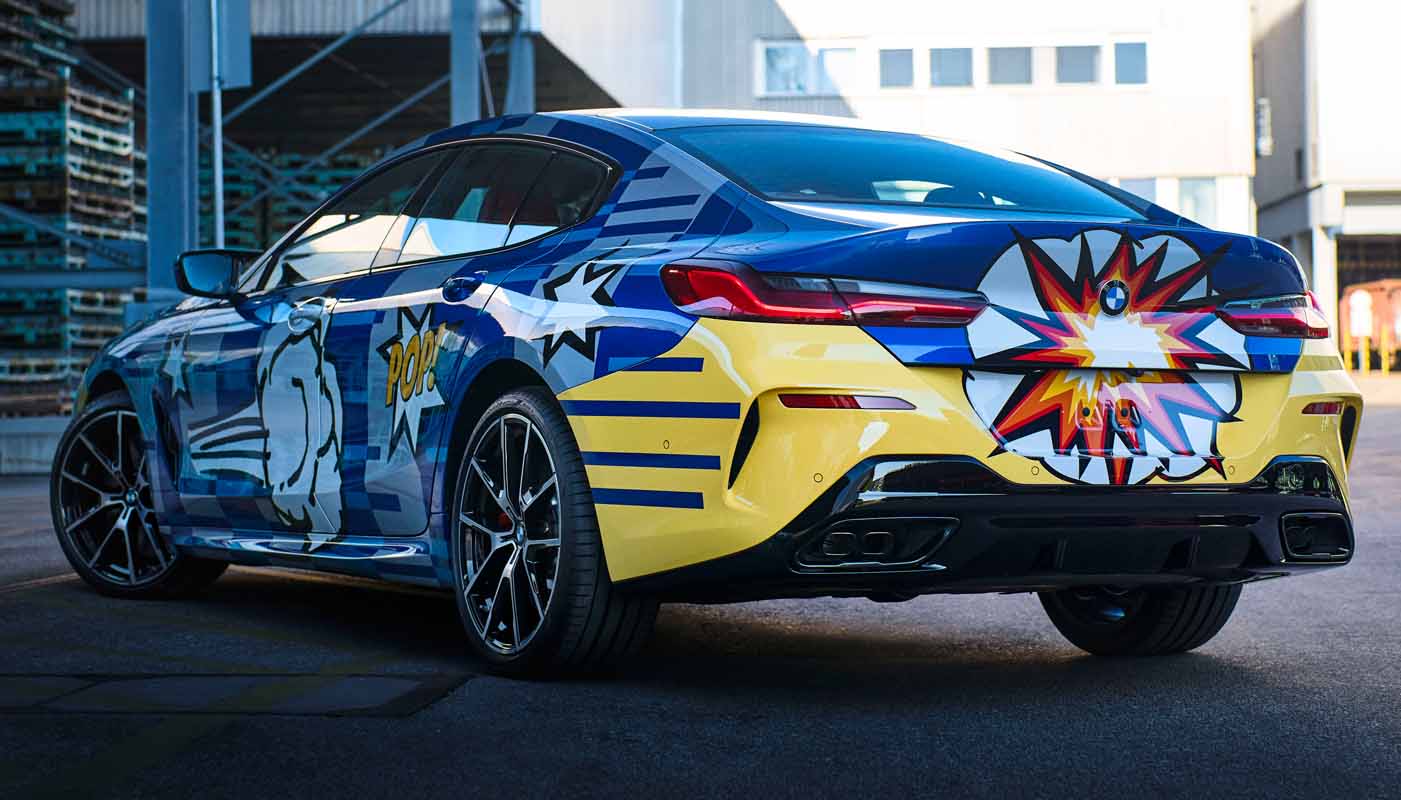 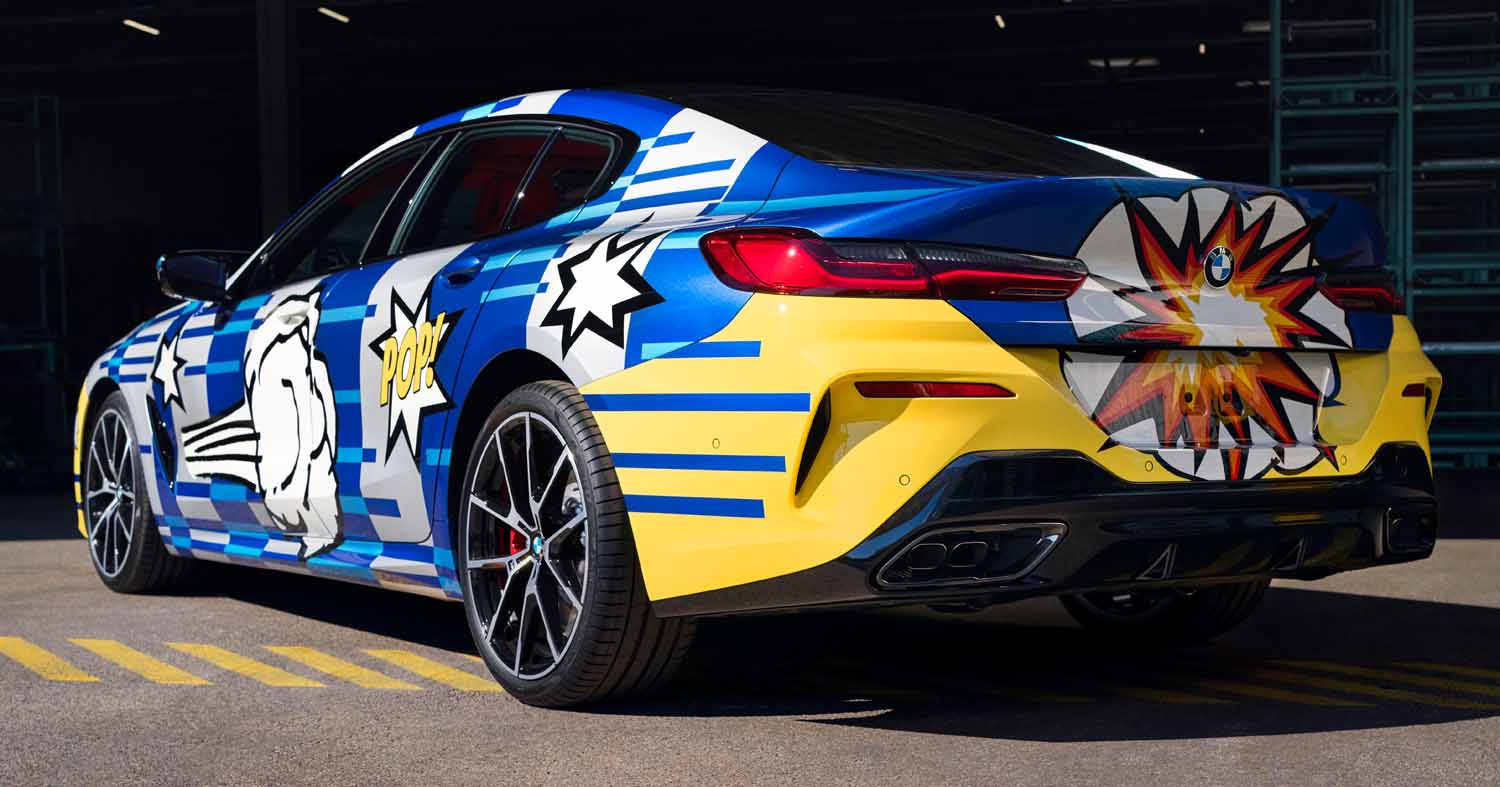 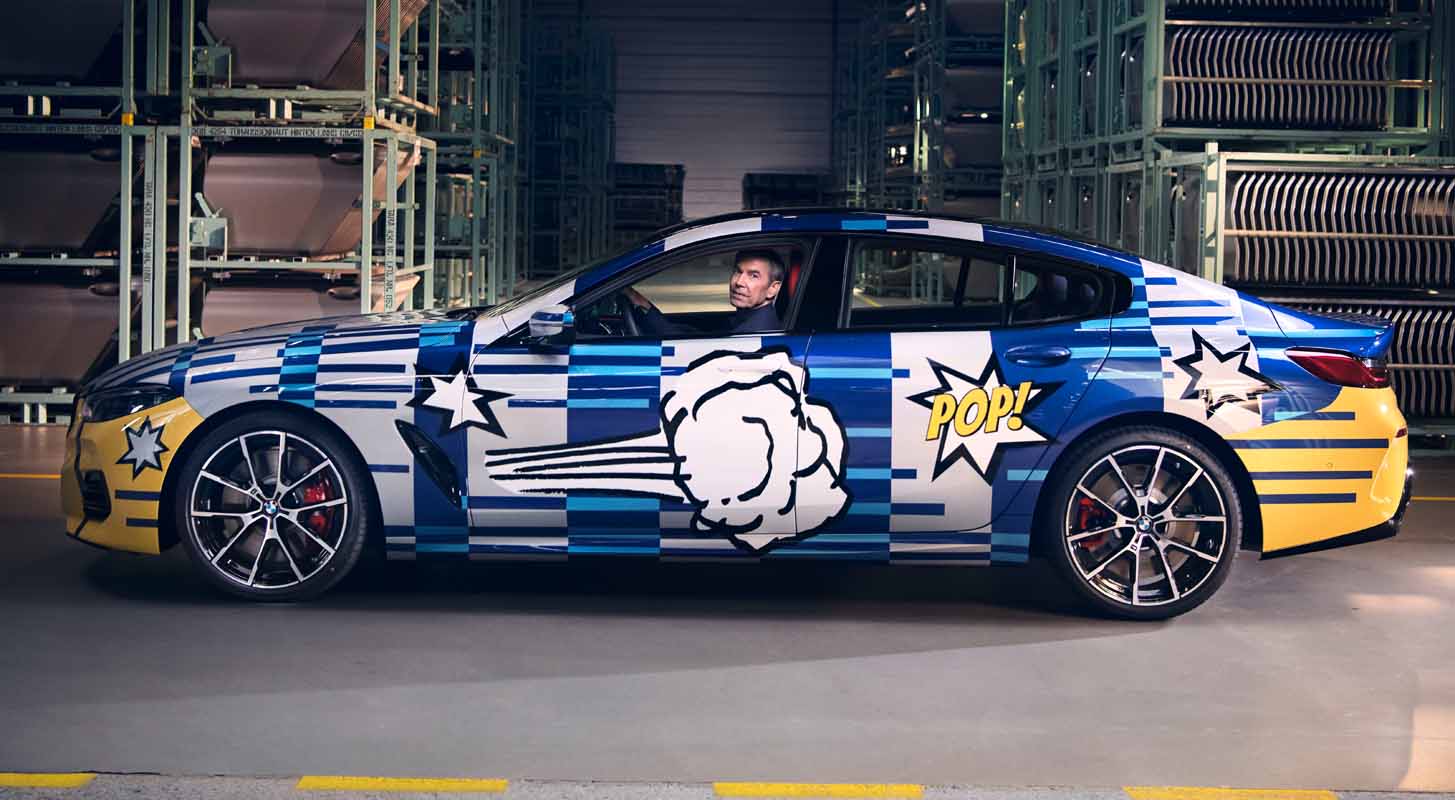 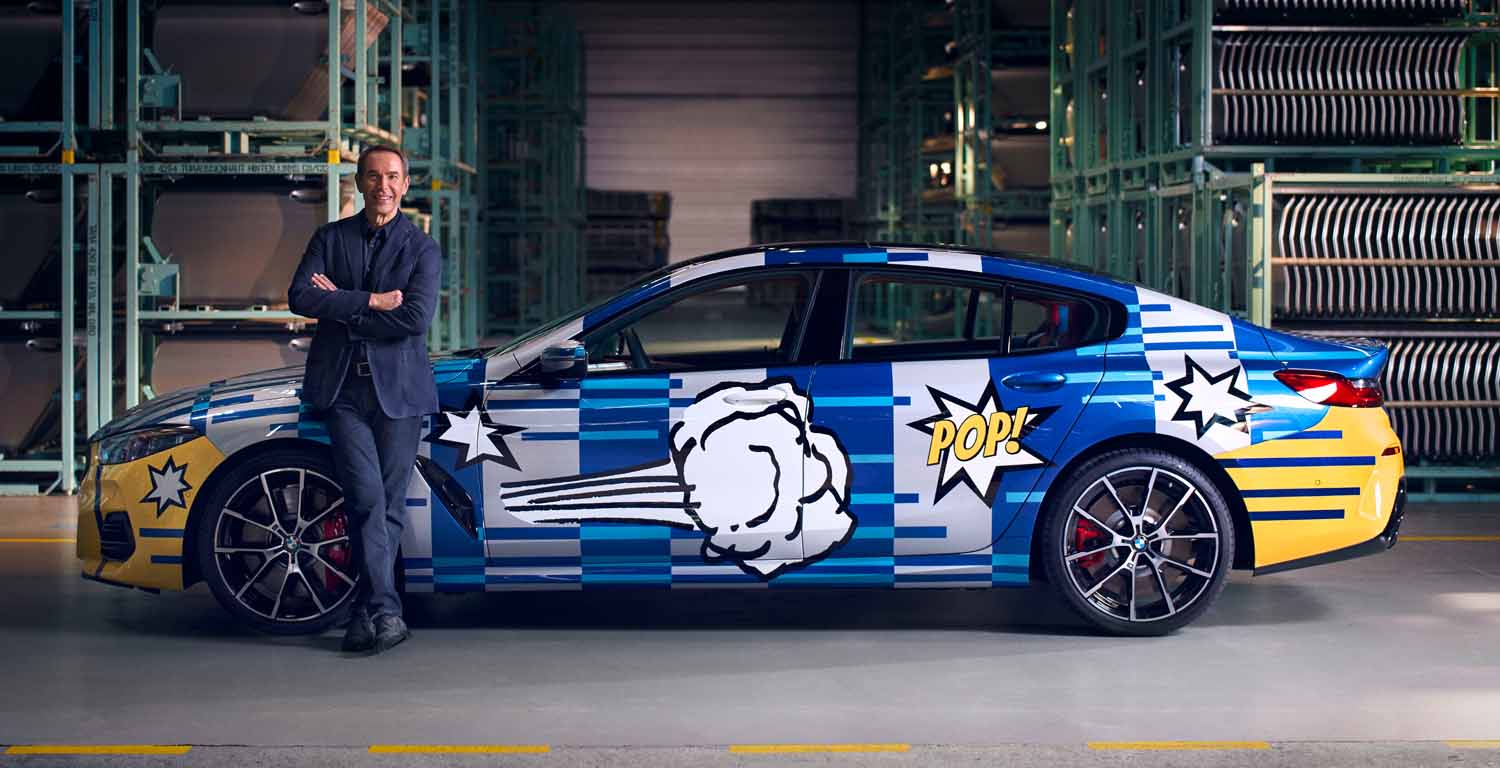 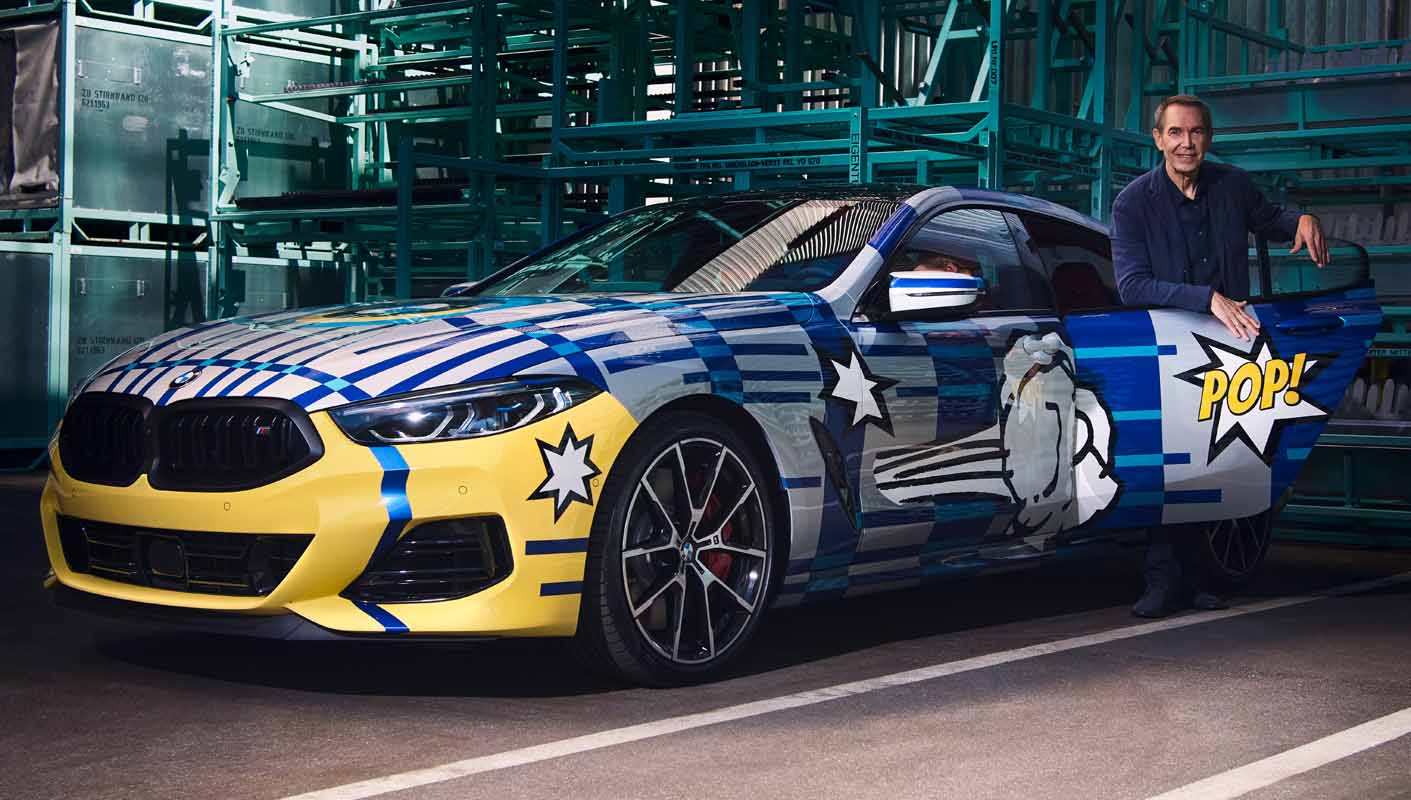 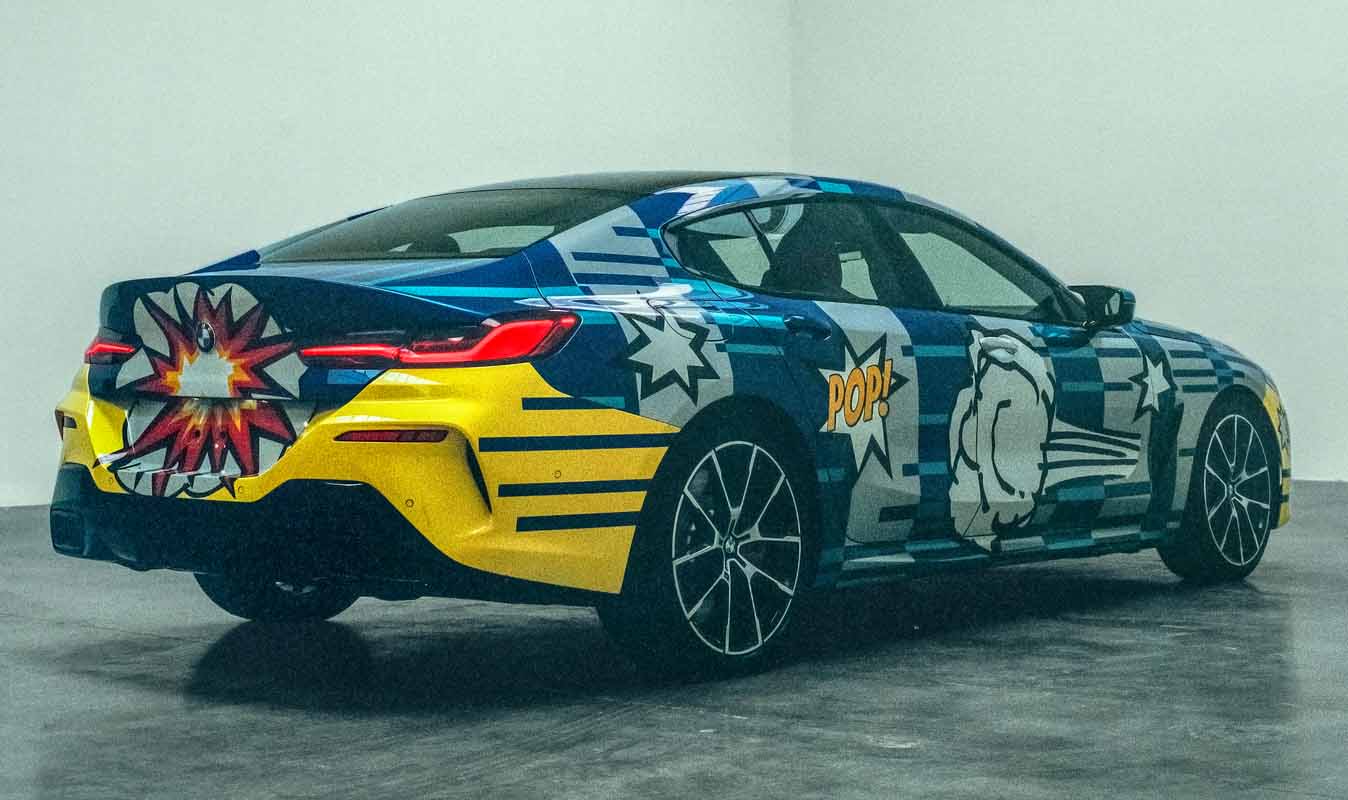 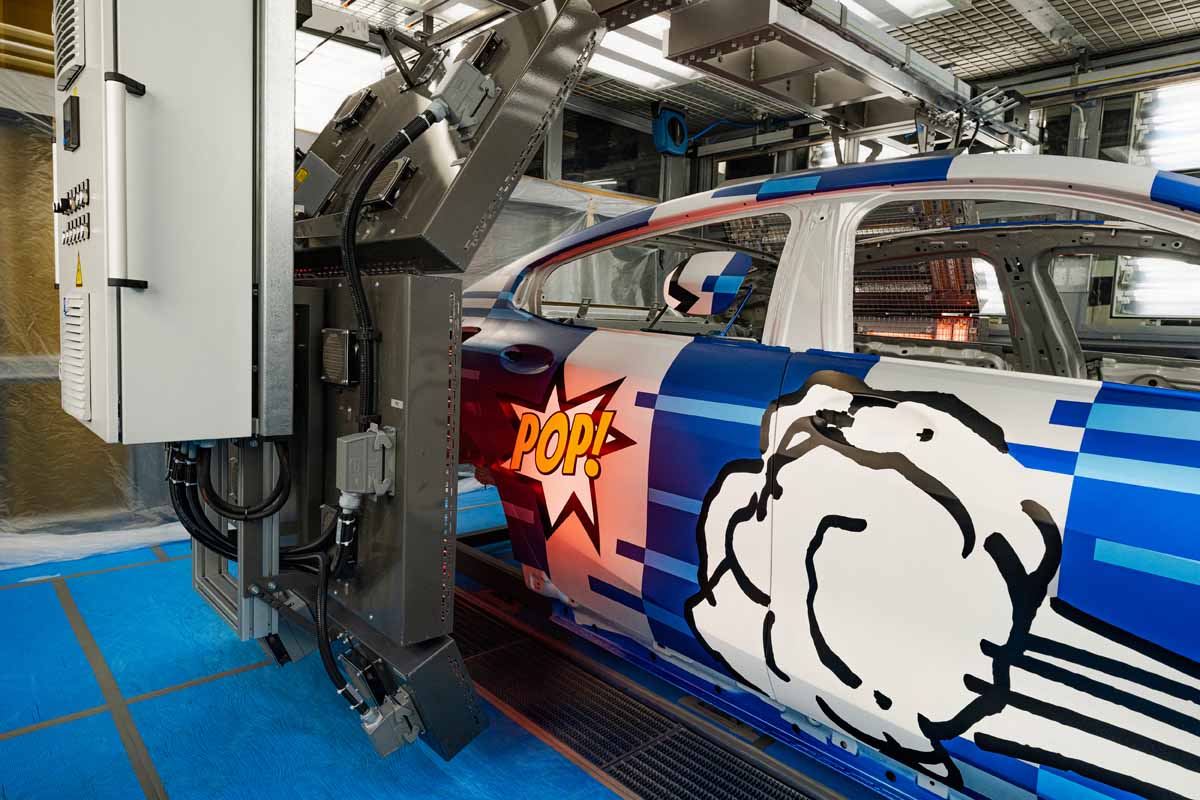 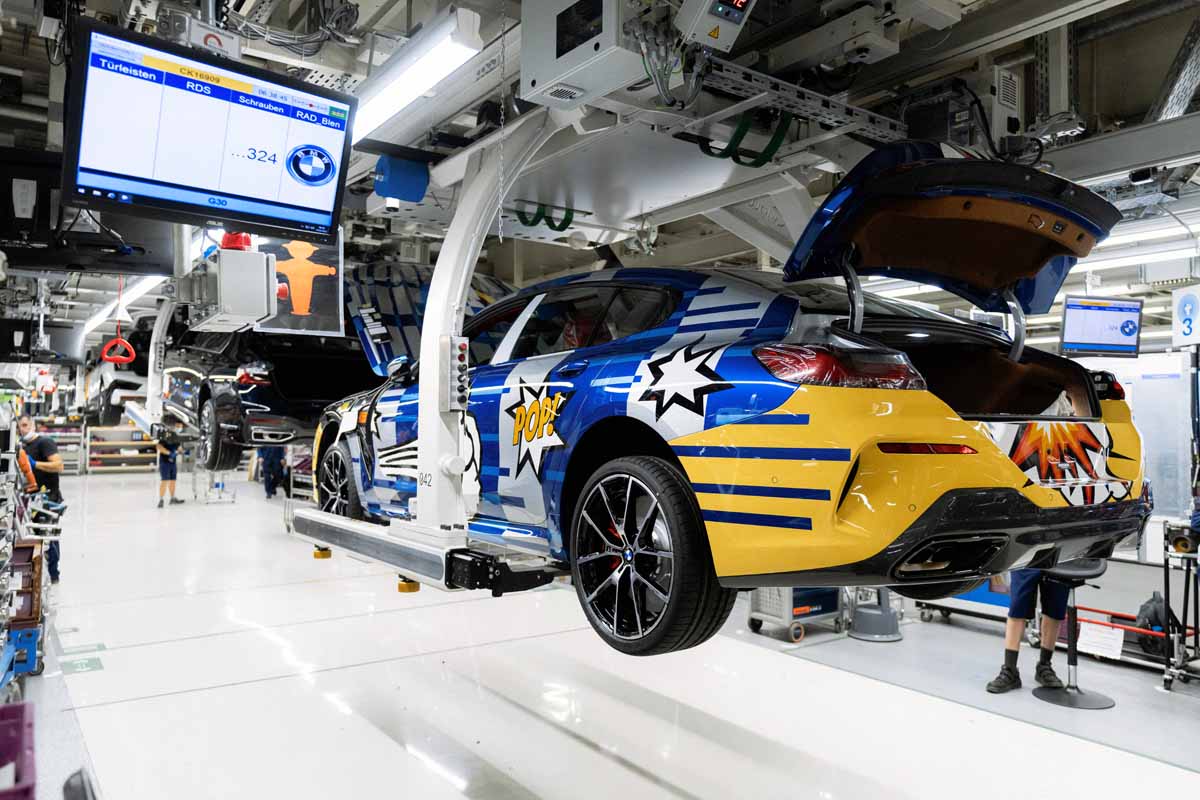 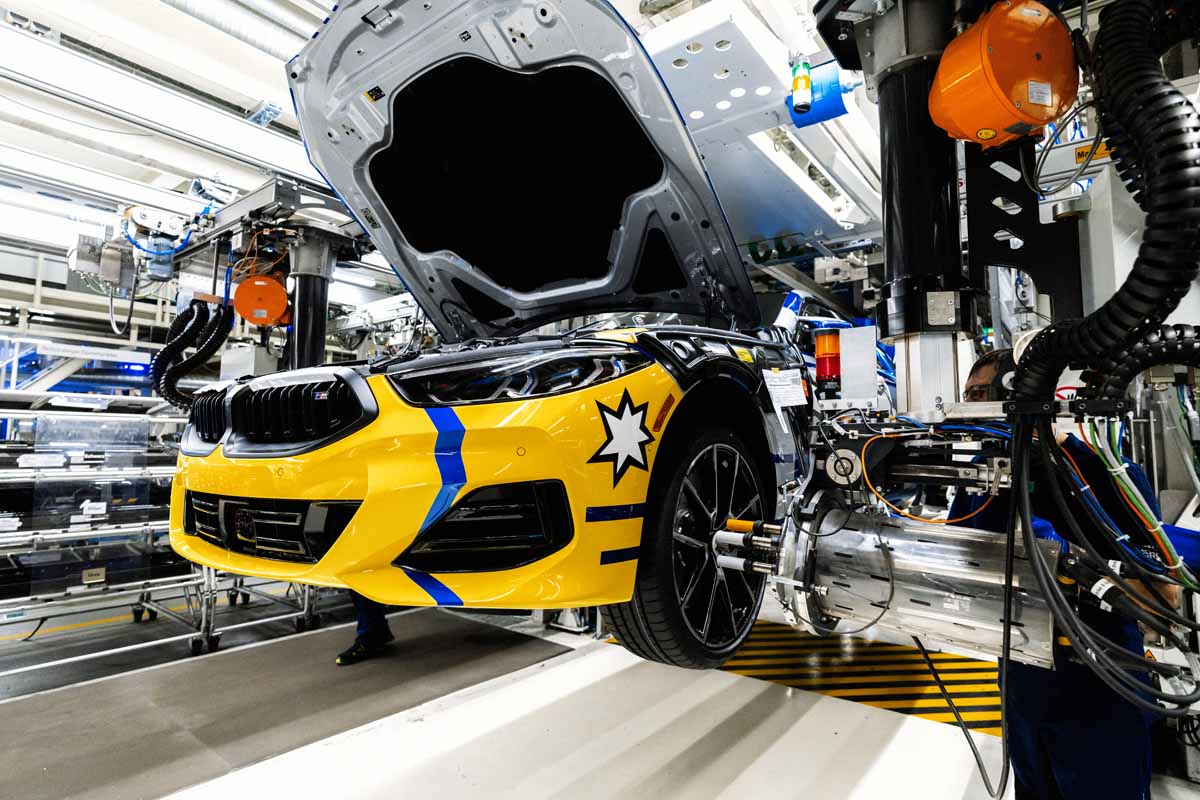 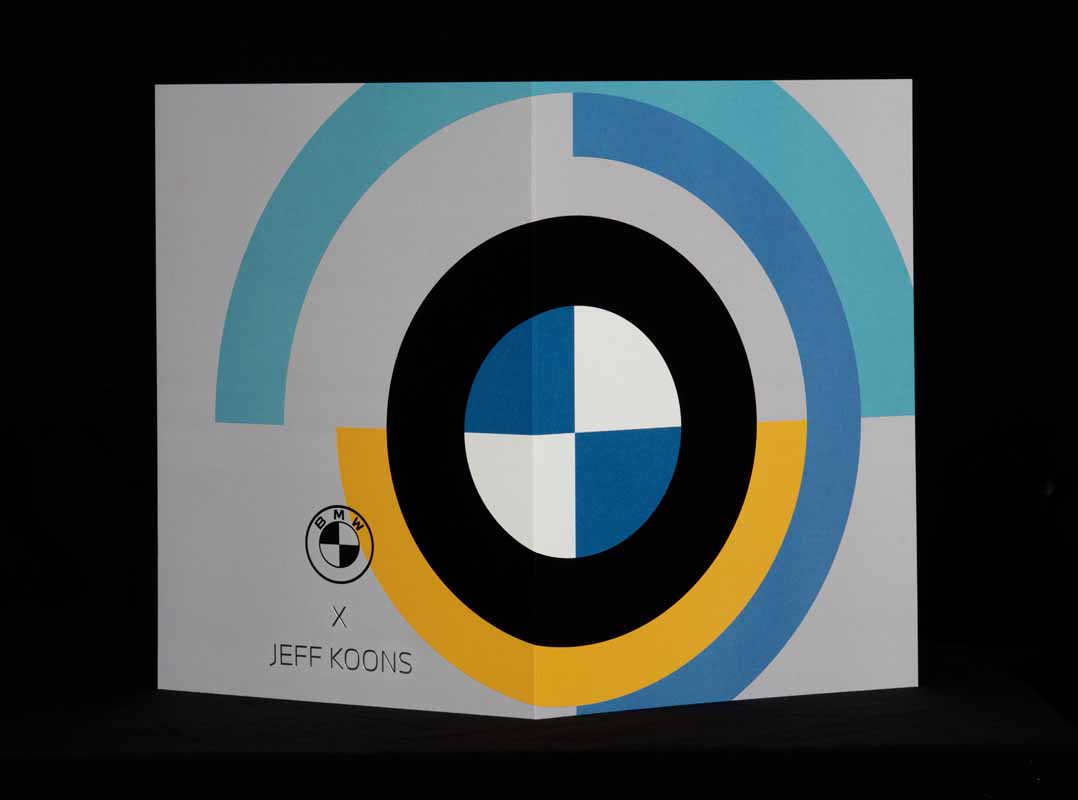 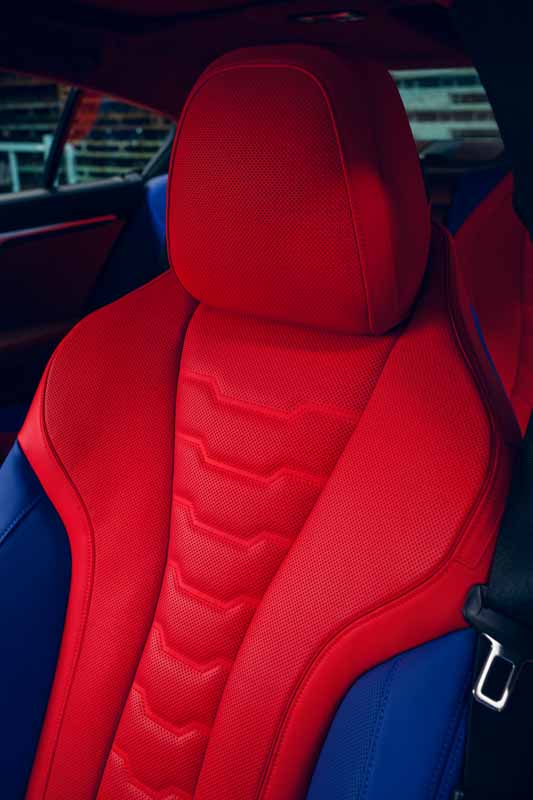 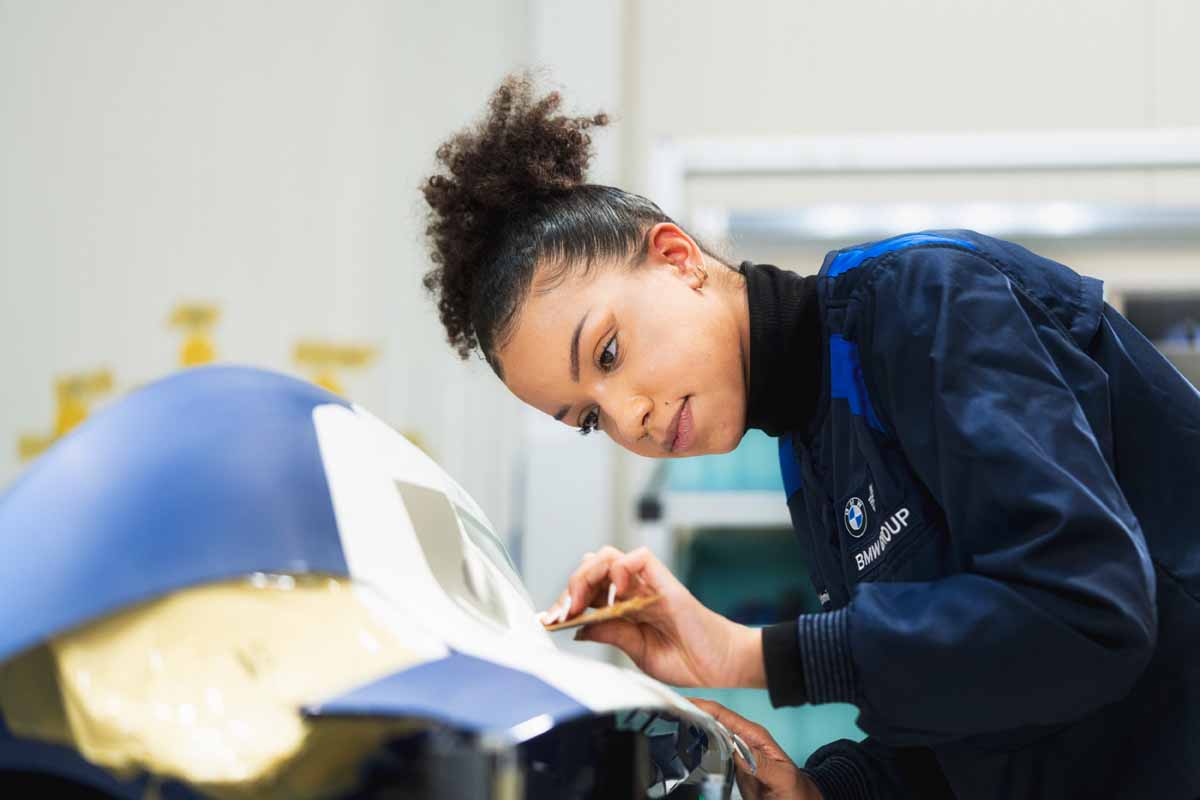 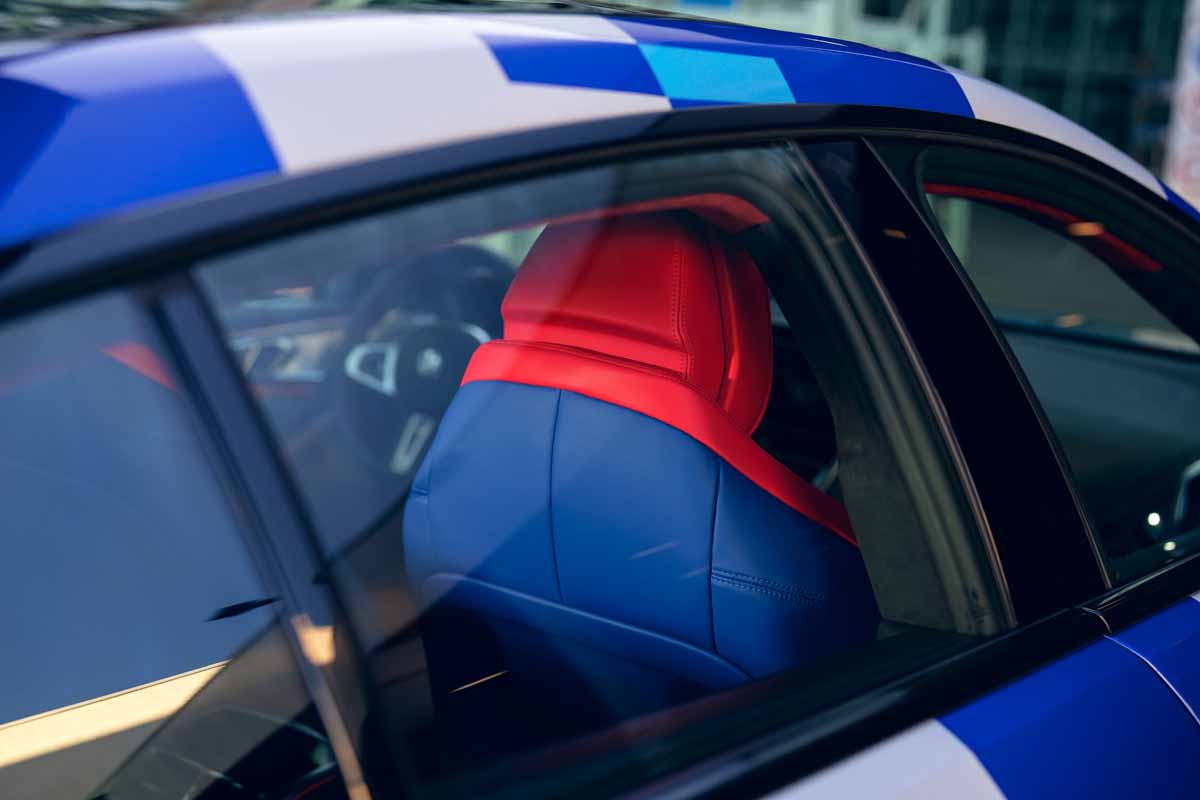 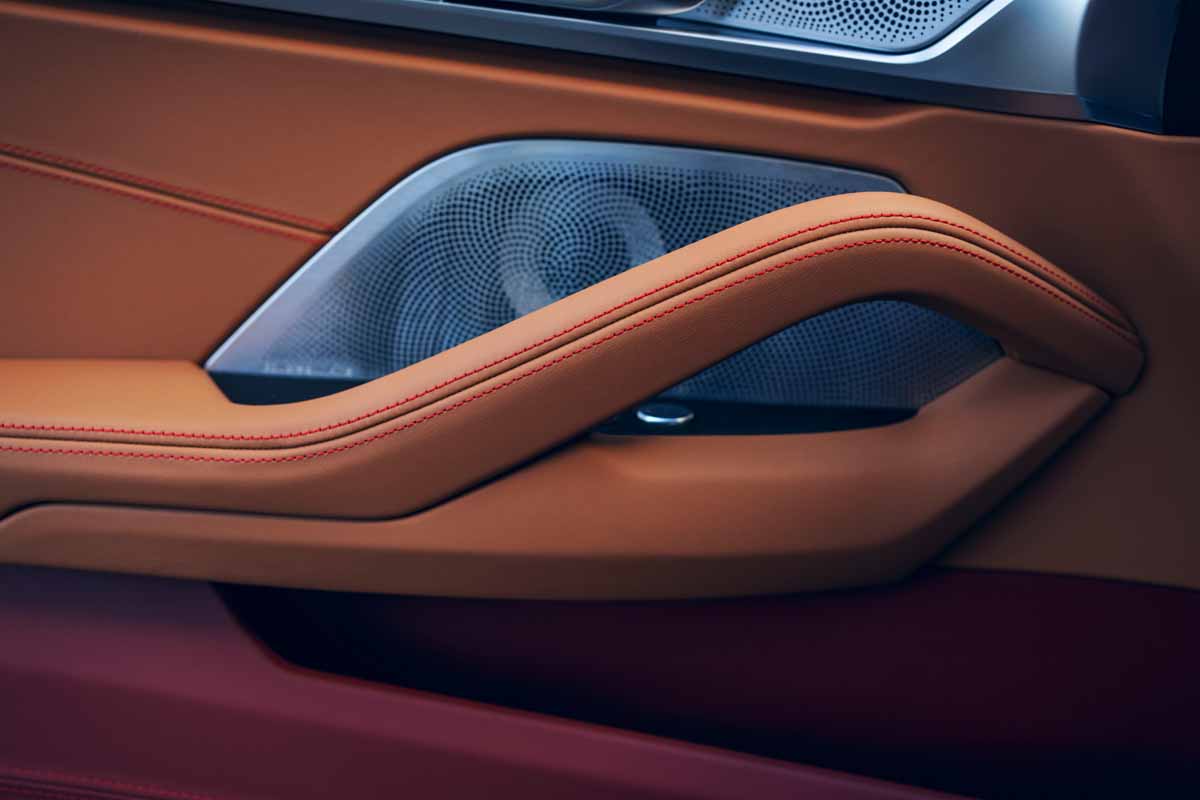 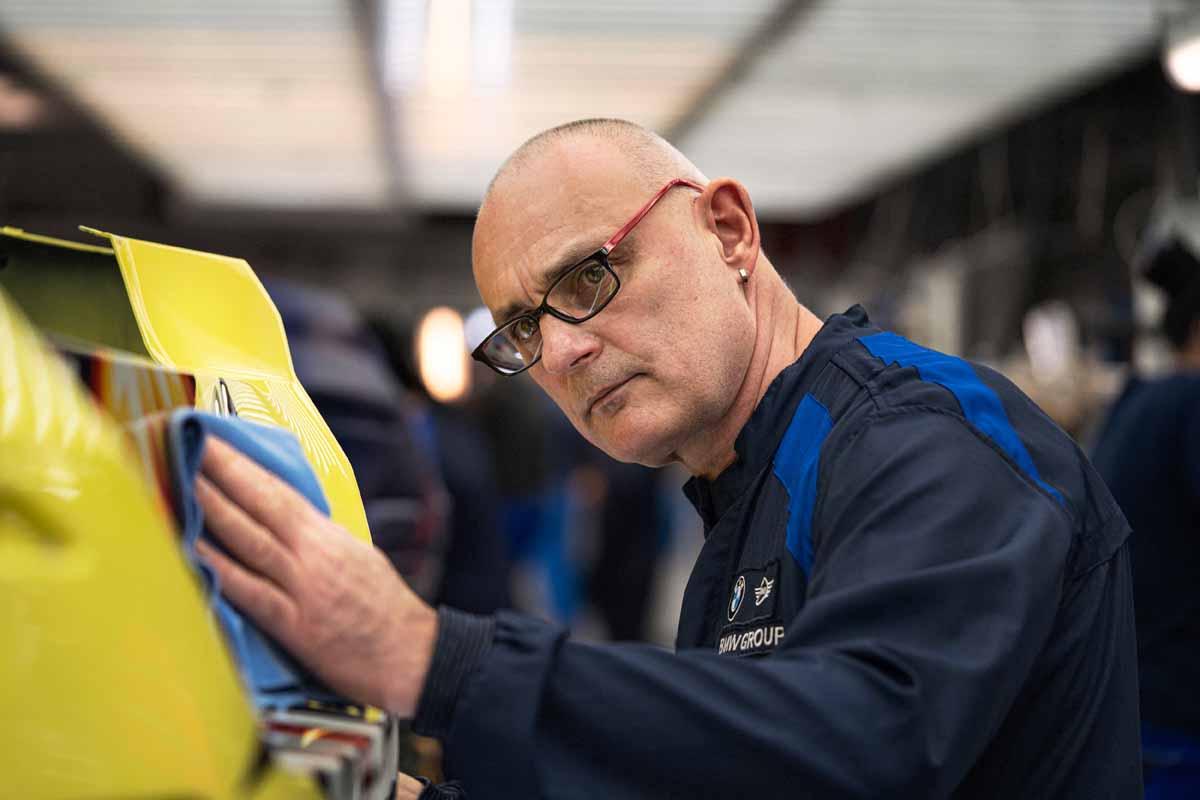 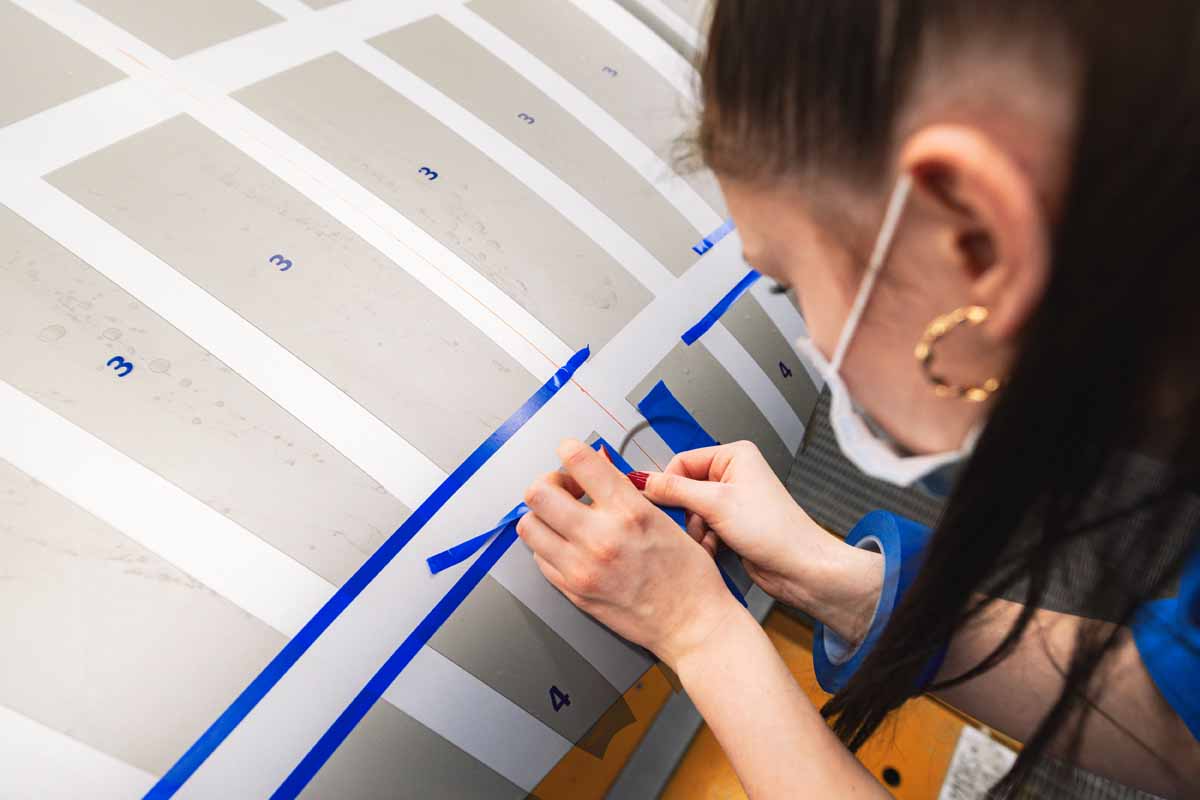 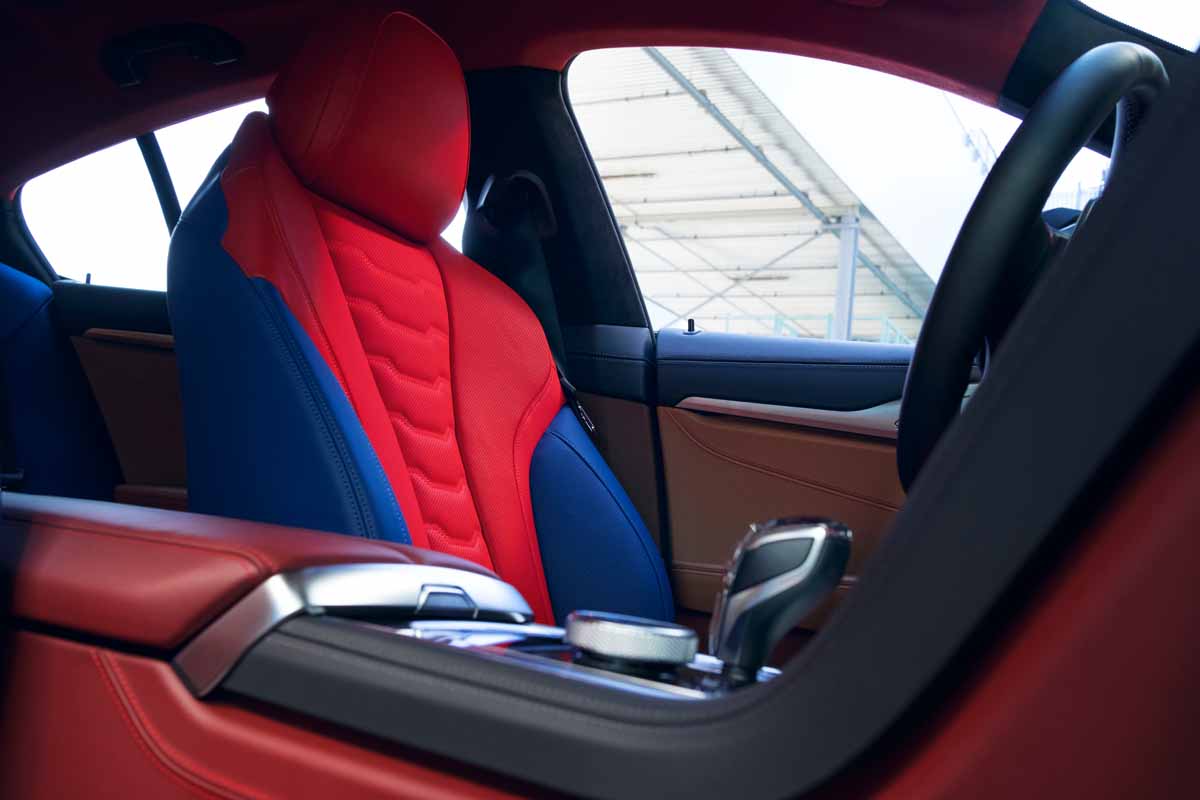 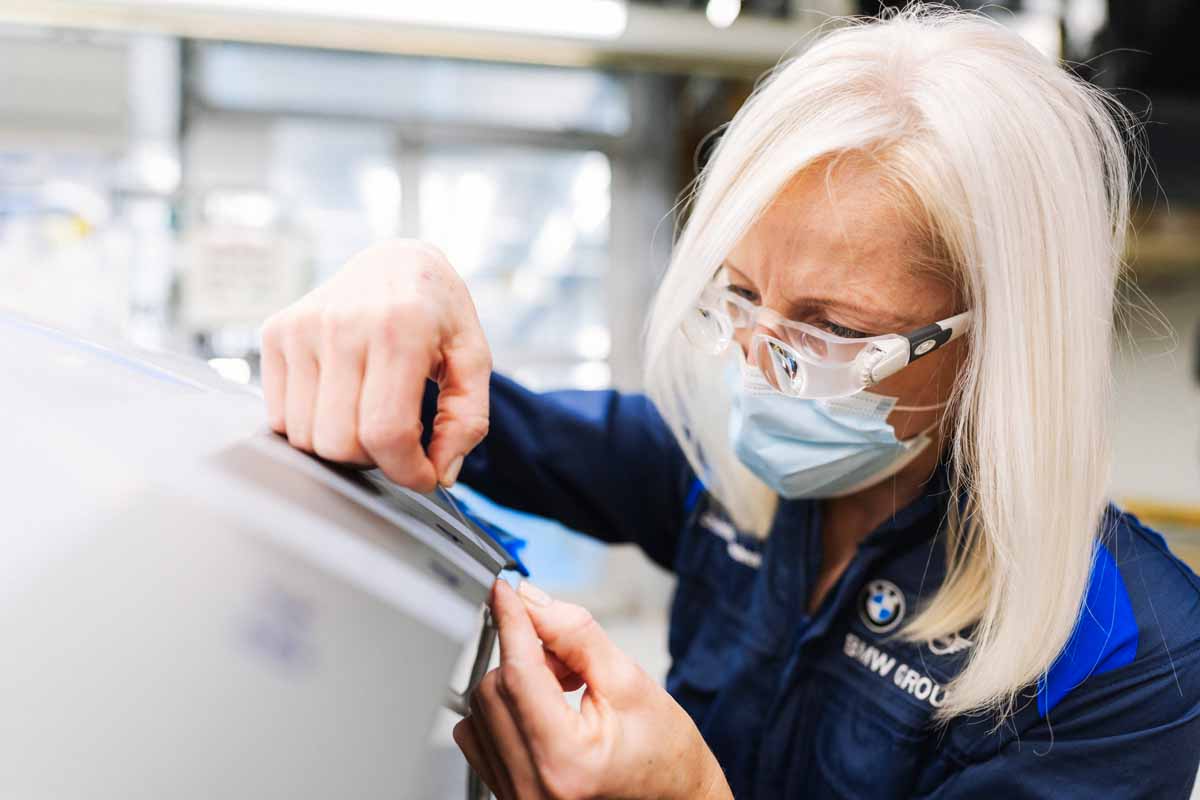 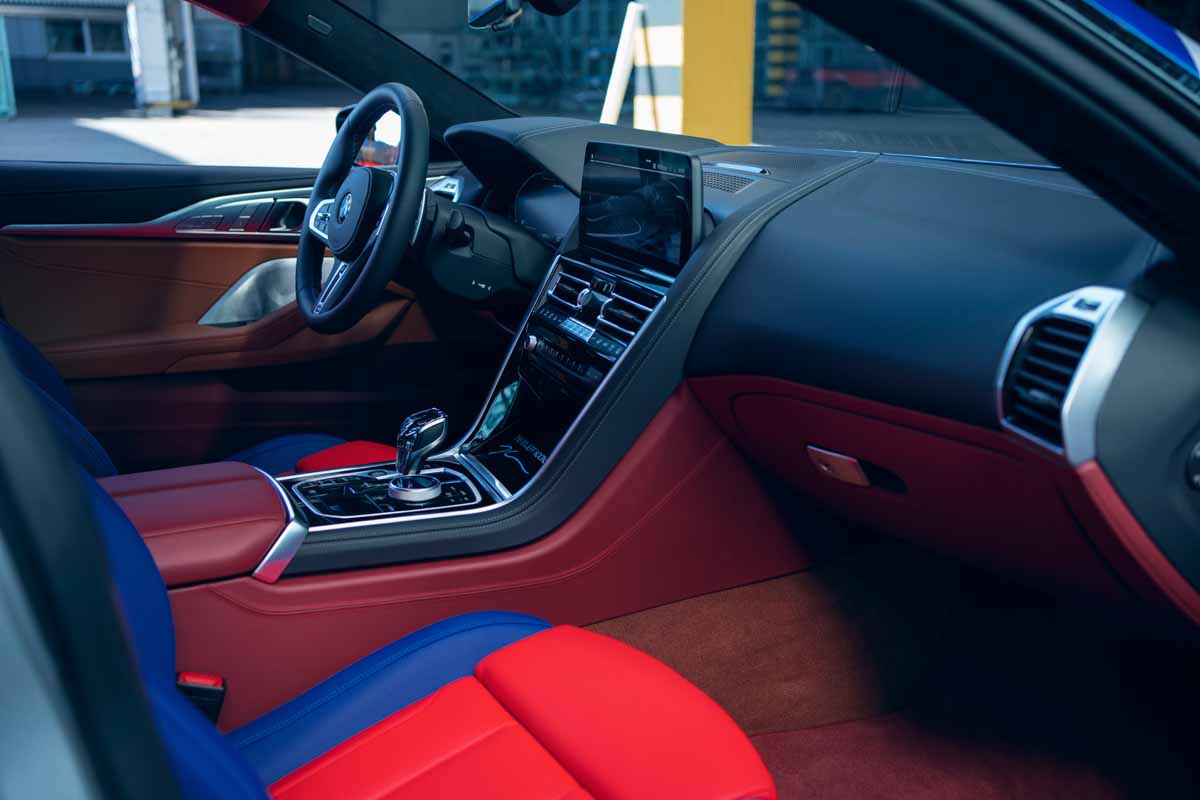 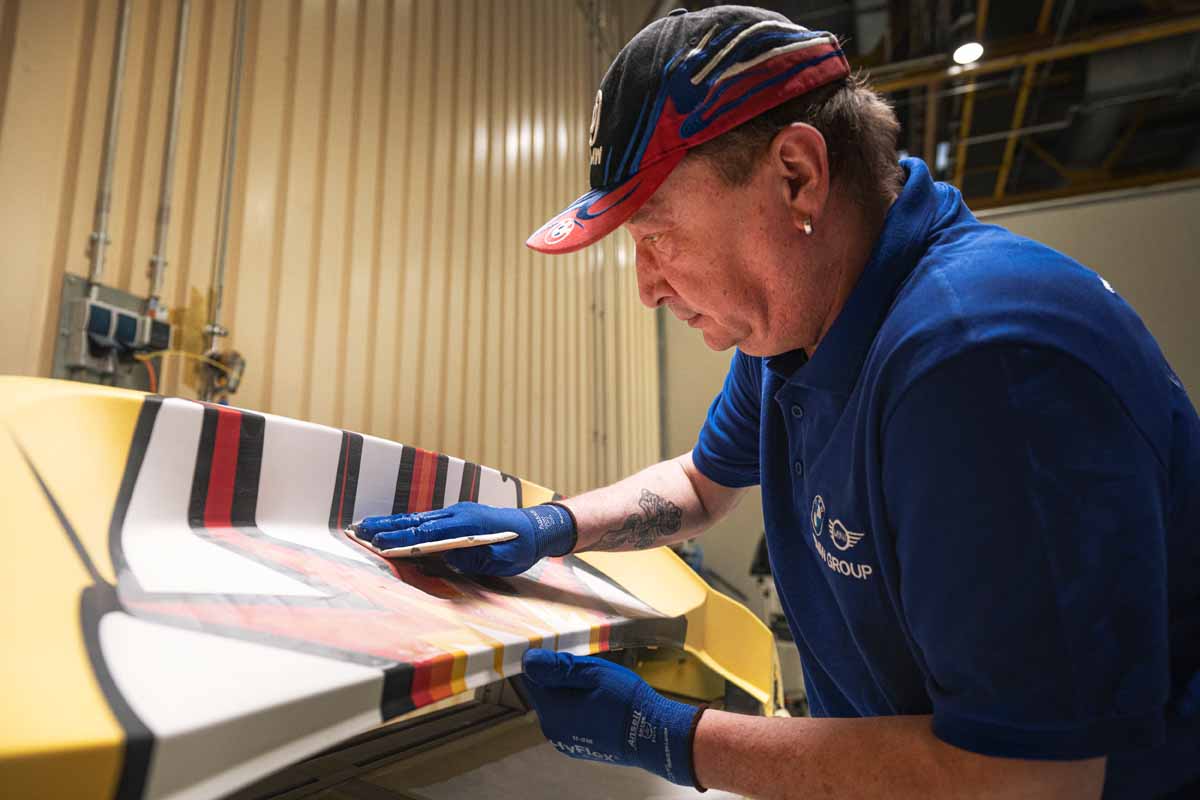 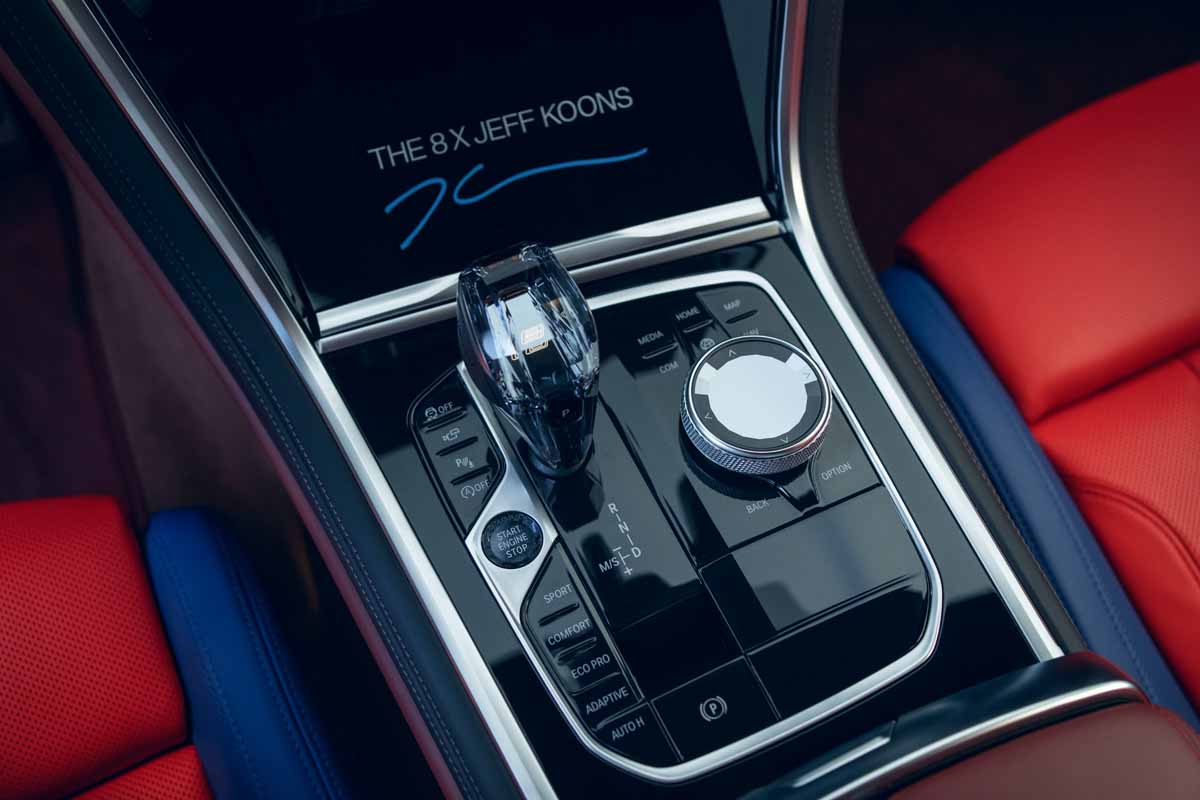 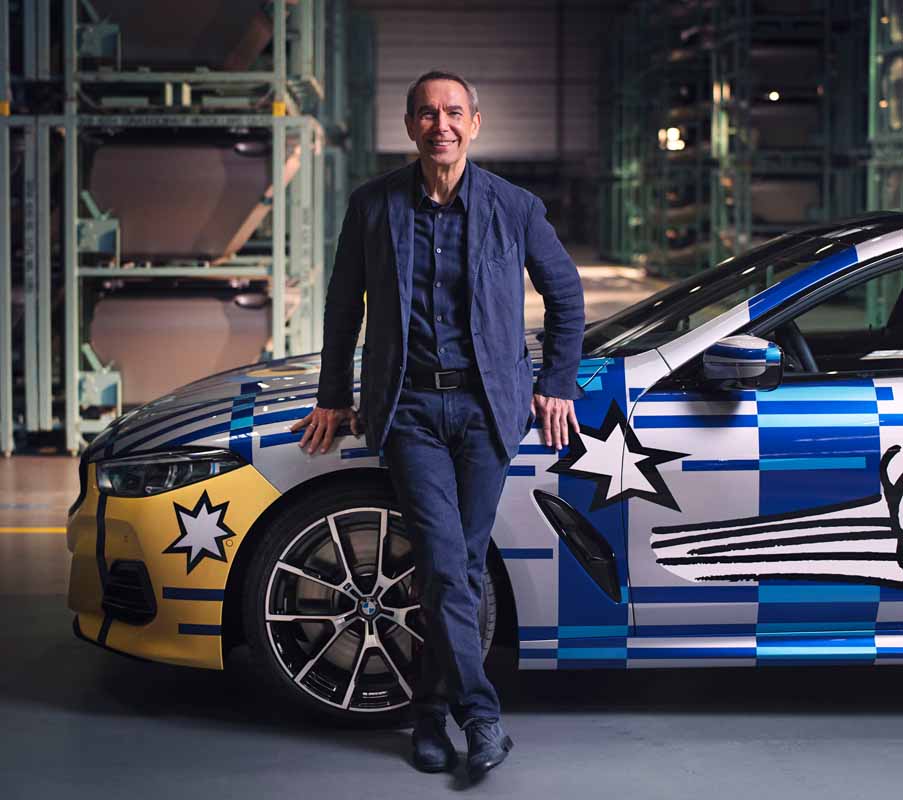 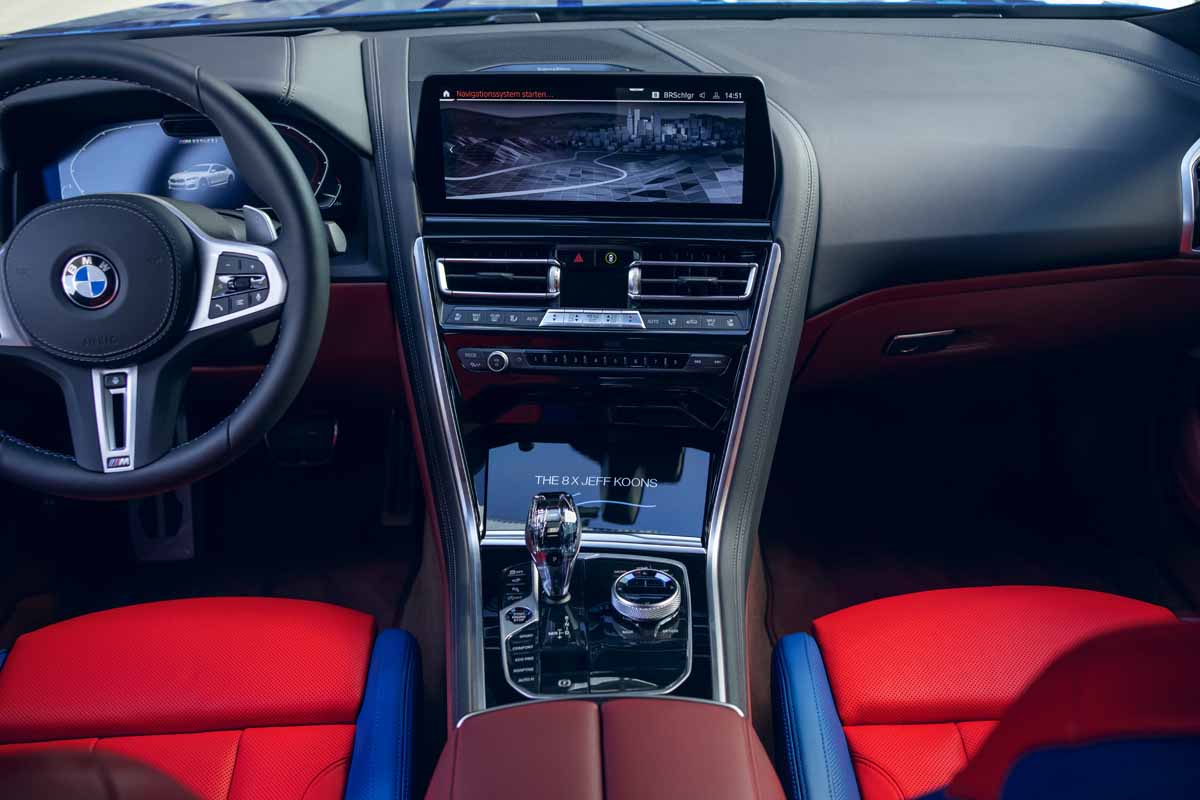