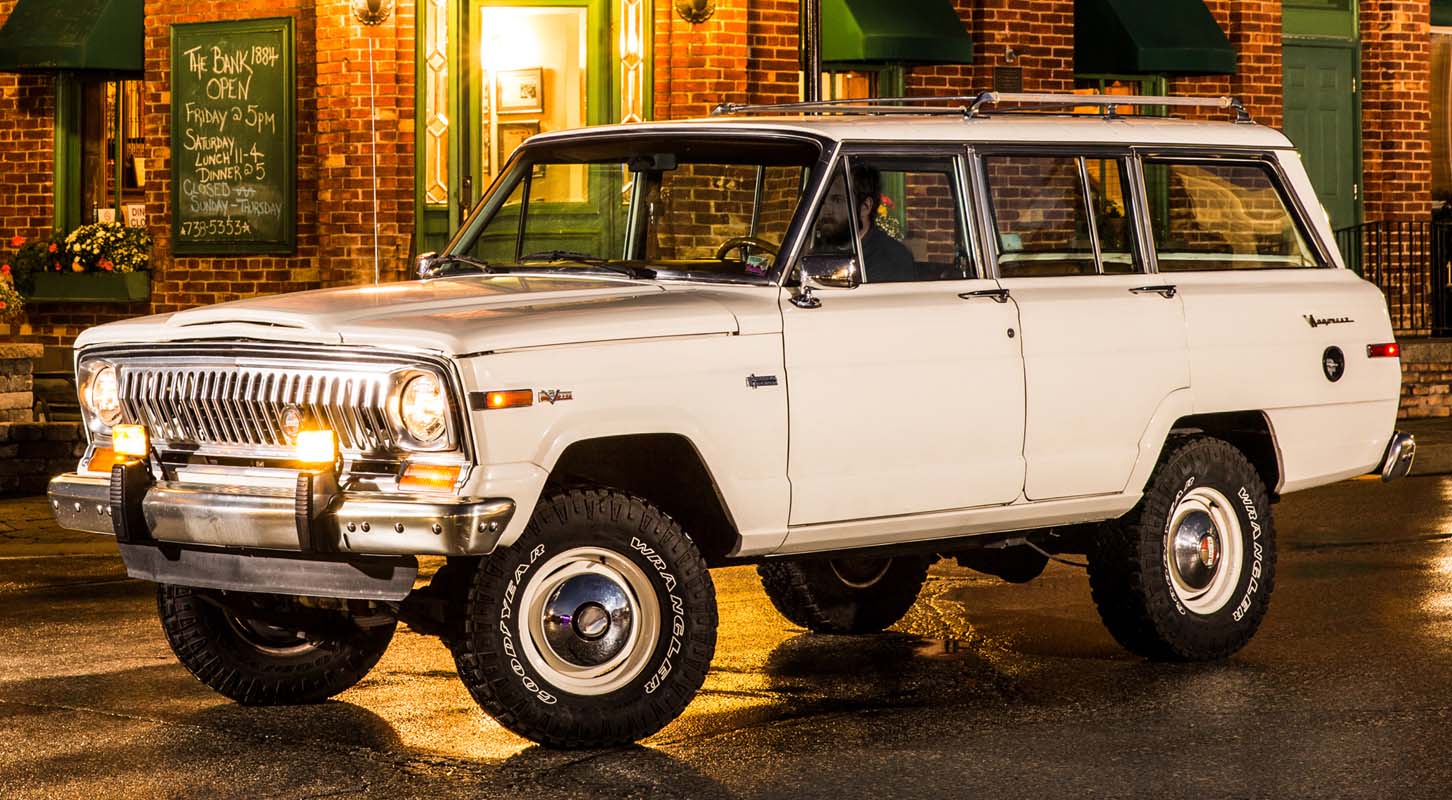 On July 15, 1941, the former Willys-Overland Co. signed a contract with the U.S. War Department to begin production of the first military Jeep vehicle. Eighty years later, the Jeep brand thrives around the world with a product line-up that continues to expand into new segments, a devoted community of global customers and the utilization of 4xe electric vehicle technology as the natural evolution of 80 years of capability leadership.

“We’re celebrating our 80th anniversary by continuing to move upward and forward” said Christian Meunier, Jeep Brand Chief Executive Officer. “We’re expanding our portfolio into new segments, with the 3-row Jeep Grand Cherokee L, while setting a strong foothold in the premium SUV market, with our all-new Wagoneer and Grand Wagoneer. Next in our exciting global product pipeline is the introduction of the all-new Jeep Grand Cherokee, which will be equipped, for the first time, with plug-in-hybrid 4xe technology. We are fully committed towards a vision of an electrified future.”

To celebrate its anniversary and to honor this zero emission vision, the Jeep brand posted today on the Jeep brand YouTube channel the 80th Anniversary version of the Jeep Life Electrified video, which debuted during the 2021 Stellantis’ EV day. The video showcases the unique nature of the electrification of the Jeep brand through a couple’s love story. The piece intertwines Jeep brand vehicles, future technology and the Jeep global community, to establish a promise for a brighter future ahead. The piece features Bastille’s new song, “Give Me The Future” out today.

“We are committed to make Jeep the greenest and most exciting SUV brand. The electrification of the Jeep lineup will allow commuters to travel solely on electric power, delivering an efficient and fun on-road experience and offering an ability to enjoy even more off-road capability in nearly complete silence,” said Meunier.

This zero emission vision is another significant milestone in the 80- year history of a brand that continues to be defined by a sense of community, open-air-freedom, pioneering spirit and groundbreaking 4X4 innovations. 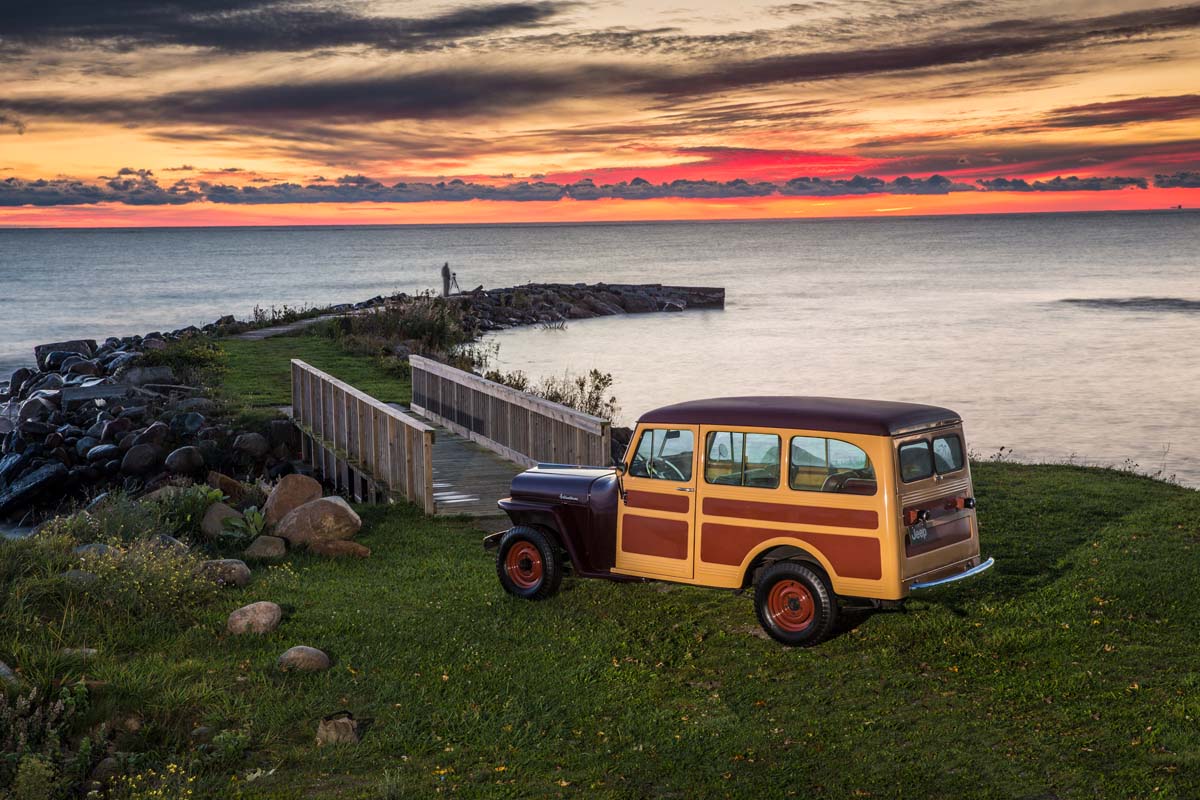 12 Key ‘Moments’ in 80 years
Put 100 Jeep SUV enthusiasts from around the world together and ask them to name the most memorable moments in the illustrious history of the Jeep brand and it’s unlikely that any of them would respond with the same answers. Below is a list of some of the most important moments for the Jeep brand from those eight memorable decades.

1. 4xe is the New 4×4
The evolution of the Jeep brand accelerated in this 80th anniversary year with the arrival of 4xe, the Jeep brand’s exclusive and proprietary utilization of electrification applications to develop and produce the most capable, fun and advanced 4×4 vehicles in the world, including the all-new Jeep Grand Cherokee, which will be introduced at the 2021 New York International Auto Show.
As the icon of the brand, the Jeep Wrangler 4xe is leading the brand’s electrification offensive. Jeep Wrangler’s Trail Rated® 4×4 capability is made possible by a sealed waterproof battery pack and electronics that can perform in the toughest conditions. Powered by a 2.0L I4 DOHC direct-injection turbo PHEV, the 4xe sports impressive 380 horsepower of maximum combined output and 637 Nm of instant torque. With fuel consumption of around 3.5 liters/100 km in hybrid mode, more than 50 km of “pure electric” zero emissions range (in the urban WLTP cycle), acceleration from 0 to 100 km/h in 6.4 seconds and E-Selec driving modes, this is the most capable, powerful, efficient, eco-friendly and technically advanced Wrangler ever introduced in Europe, which, because of its quiet electric power, can now more fully immerse its owners in nature drives.

2. The New American Premium
The all-new 2022 Wagoneer and Grand Wagoneer take the premium SUV into uncharted territories of style, comfort and adventure. The eight-passenger Wagoneer and Grand Wagoneer represent a premium extension of the Jeep brand, wrapped in a sophisticated and authentic new design. They build on a rich heritage of premium American craftsmanship, heritage and refinement, while delivering a best-in-class customer experience with a suite of premium ownership perks that go beyond simple VIP service.

3. Global expansion
During the last decade, the Jeep brand has expanded its global product offering with new nameplates such as the compact Jeep Renegade and the all-new Jeep Gladiator, the most capable Jeep truck ever.  The brand also expanded its production footprint, allowing customers in markets such as Europe, Brazil, India and China to enjoy locally-assembled Jeep brand vehicles. This diverse product portfolio and broad production footprint, with 10 plants in 6 countries allowed the Jeep brand to significantly increase sales in the span of 10 years.

4. The ultimate in traction and handling
In 1999, two new four-wheel-drive systems were introduced. The Quadra-Trac II system offered an innovative system that transfers torque rear to front and side to side, meaning drive torque is immediately available to all four wheels – assuring ultimate traction and handling at all times and under all circumstances without driver input. When Quadra-Trac was combined with the new Vari-Lok front and rear progressive axles, which deliver far more torque to the wheel with better grip, the result was the new Quadra-Drive® system.

5. Jeep Grand Cherokee literally breaks through in Detroit
On January 7, 1992, at the North American International Auto Show in Detroit, Chrysler President Bob Lutz drove the first new Jeep Grand Cherokee ZJ off the Jefferson production line, along the streets of the city and through the glass front door of the Cobo Hall, signifying the breakthrough premium SUV. Grand Cherokee offered upscale interior appointments, on-road ride, handling and comfort without losing any of the off-road capability that had made the Jeep brand a legend.

6. The birth of a legend
The arrival of the Jeep Wrangler in 1986 answered the public’s desire for a compact SUV with more creature comforts. It featured a lower center of gravity, improved handling and a more comfortable interior. It set the precedent for one of the most beloved – and capable – Jeep vehicles of all time. Although the Wrangler shared the familiar open-body profile of the CJ-7, it contained few common parts with its famous predecessor. Mechanically, the Wrangler had more in common with the Cherokee. On Aug. 5, 1987, just over a year after the introduction of the Wrangler, American Motors Corporation was sold to the Chrysler Corporation and the popular Jeep Brand became a part of Chrysler’s Jeep / Eagle Division.

7. The world’s first compact SUV – Cherokee
The energy crisis of 1979 spurred the development of a smaller 4×4. The 1984 Jeep Cherokee XJ was designed from the ground up and was the world’s first compact SUV. Using a unibody structure, the vehicle was much smaller than its predecessor yet retained 90 percent of its interior space. The vehicle featured the shift-on-the-fly Command-Trac four-wheel-drive system.

8. Wagoneer creates the original premium SUV
In 1963, Jeep Wagoneer was the original premium SUV that combined four-wheel drive with an automatic transmission. Featuring options that were, up until then, only available in high-end passenger cars, the Wagoneer changed what people expected of a four-wheel-drive vehicle. This broadened the market and appeal of 4×4 vehicles and created the modern SUV, one that was advertised as “All-New, All-Jeep.” Two decades later, the Jeep brand launched the Grand Wagoneer, which brought the 4X4 premium experience to the next level with standard features such as leather upholstery, air conditioning, AM/FM/CB radio, sound insulation and wood graining.

9.  Jeep Jamboree – the “Granddaddy” of all 4-wheel events
In 1953, the first Jeep Jamboree took place at the Georgetown Divide in California, attracting 55 vehicles and 155 participants. This event, organized by Mark Smith, demonstrated just how much owners of Jeep brand vehicles love getting together for fun, camaraderie and 4×4 adventure. While Jeep Jamboree proudly holds events on trails all over the United States, one of the most popular is the Rubicon Trail, which traverses the Sierra Nevada mountain range in California — arguably the most grueling 17 miles (27.3 km) of off-roading adventure anywhere. Few brands on earth have gone on to generate as much dedication and commitment from its community as the Jeep brand. In every corner of the globe, on every day, there are displays of passion from owners and fans.

10. The first SUV
In 1946, Willys-Overland introduced the industry’s first all-steel-body station wagon – the Willys Wagon – but the real groundbreaking news was in 1949 when four-wheel drive was added to the wagon to create the first SUV. Capable of carrying seven passengers in comfort, hauling cargo and tackling even the toughest trail, the Willys Wagon was a game changer. The Brooks Stevens-designed Wagon was in production for nearly 20 years—longer than any other contemporary American automobile of its day.

11. A Jeep 4×4 for the masses
The 1945 CJ-2A became the world’s first light-duty four-wheel-drive vehicle available in mass quantity to the general public. While the CJ-2A shared the basic architecture of the MB, there were several notable improvements. These included a fold-down tailgate, side-mounted spare tire, larger headlights and a power take-off unit.

12. An icon is born in wartime
In 1941, Willys-Overland was awarded the contract to be the primary supplier of the new 1/4-ton military vehicle by the U.S. Government. Over 350,000 of these Jeep MBs would be produced by 1945 and would be the basis for the civilian Jeep CJ that would start production even before the war was over. 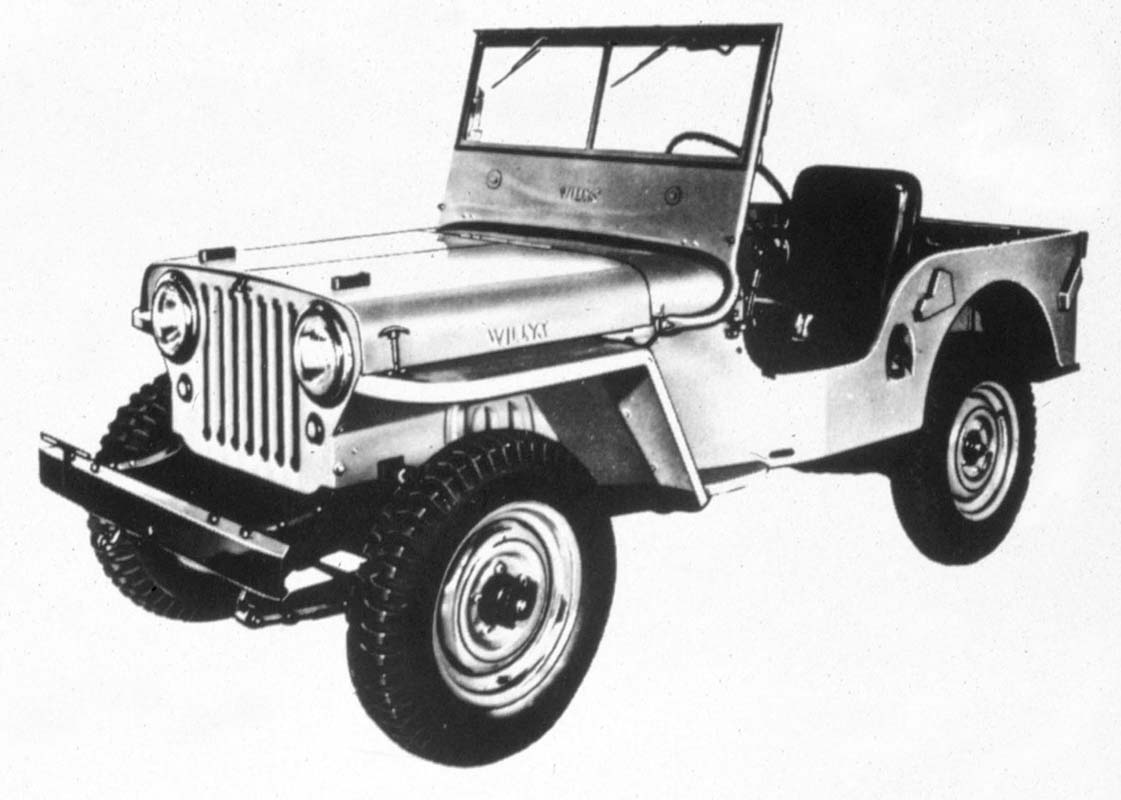 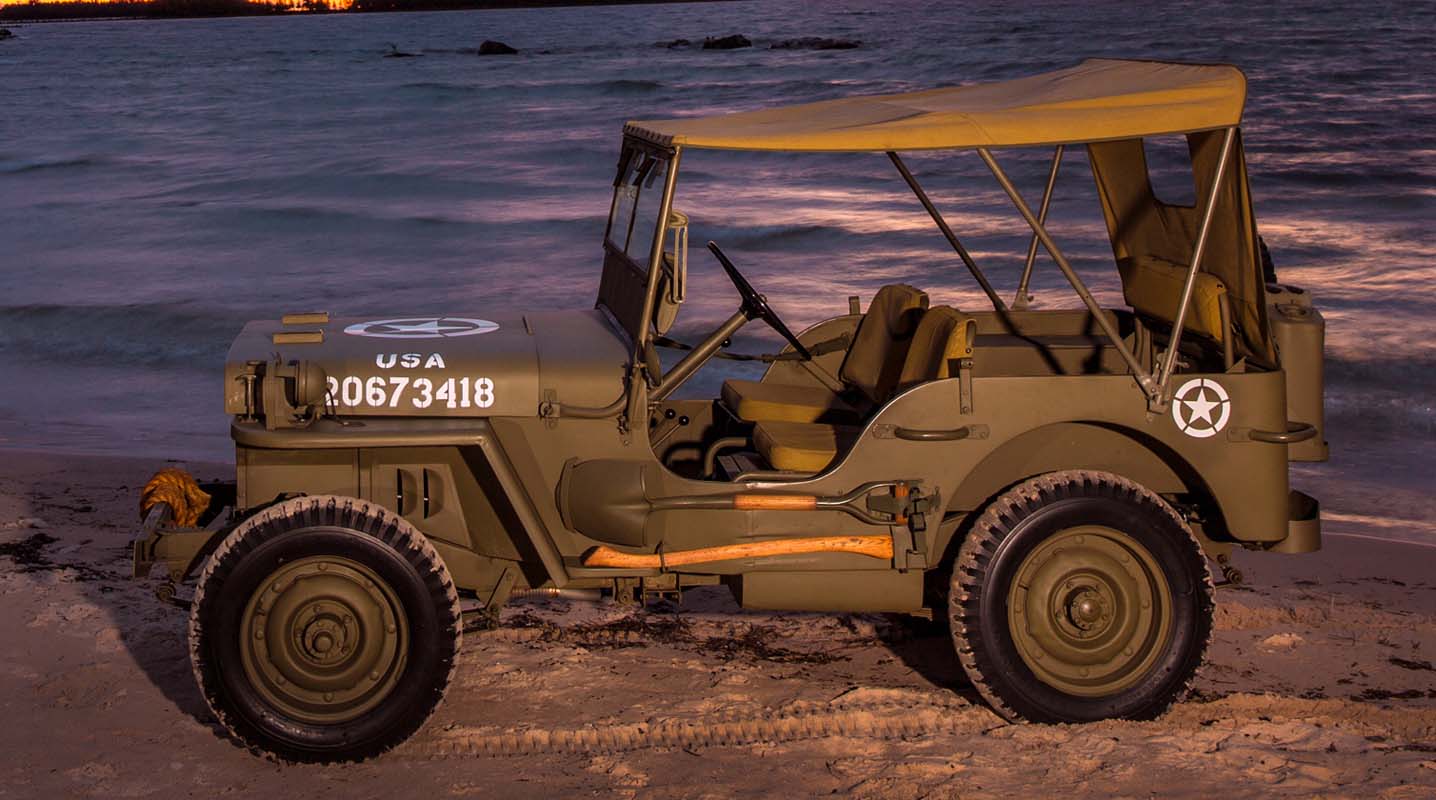 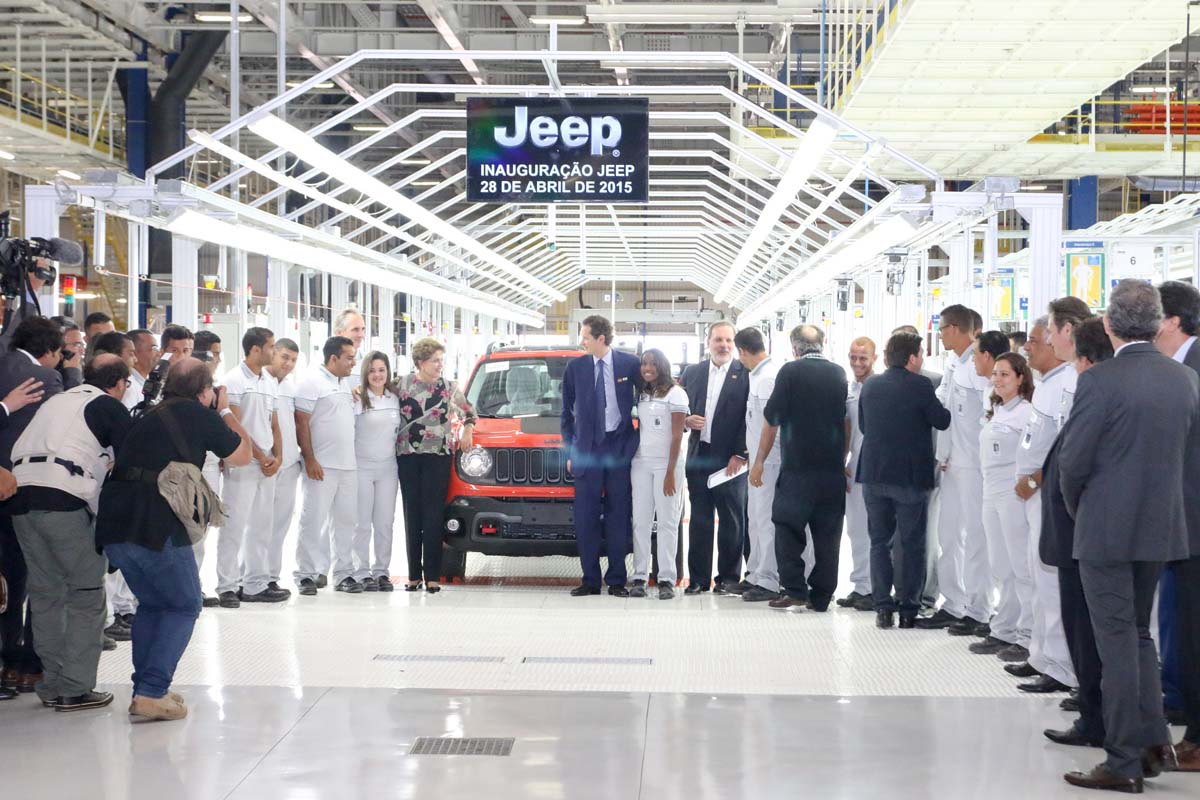 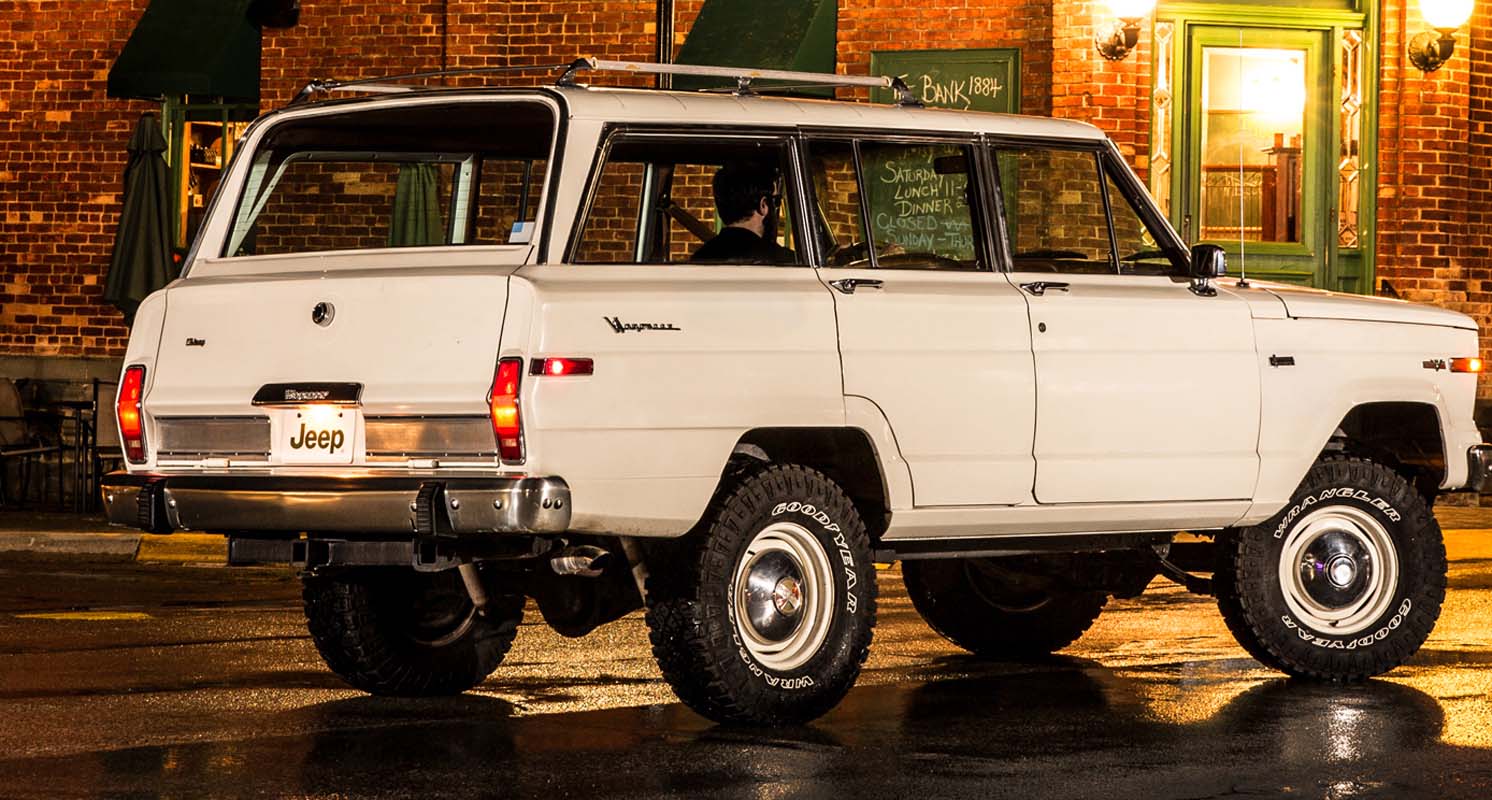 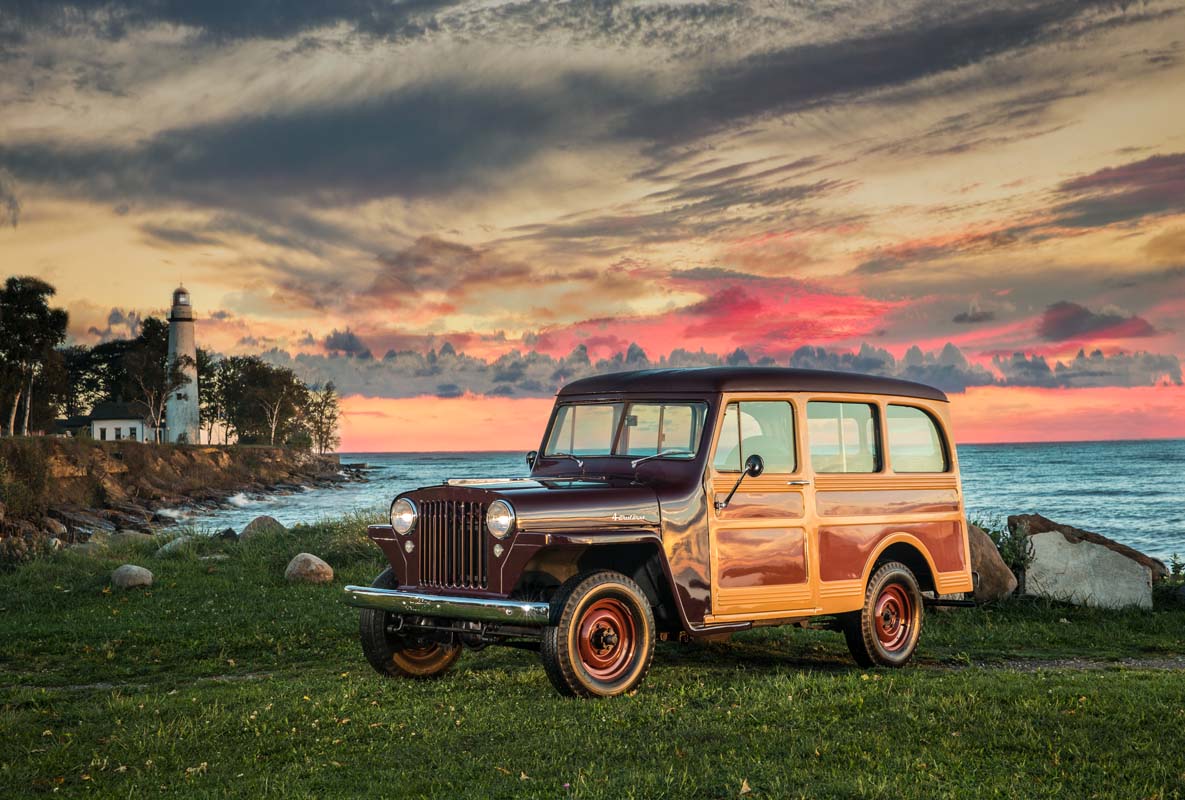 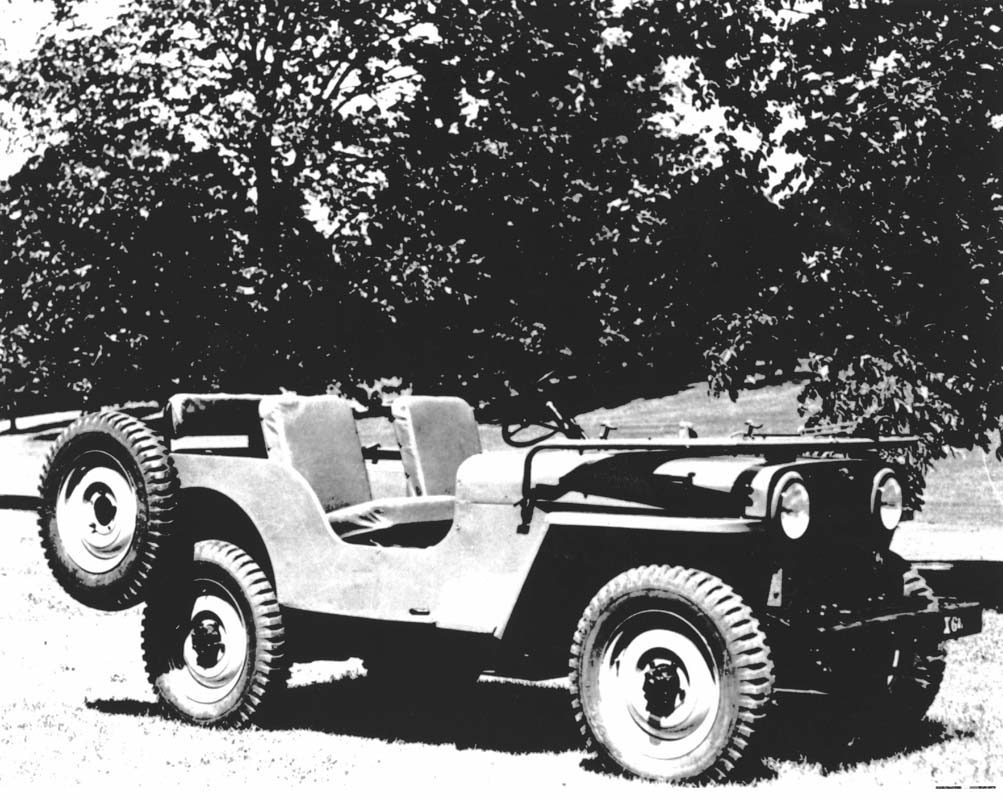 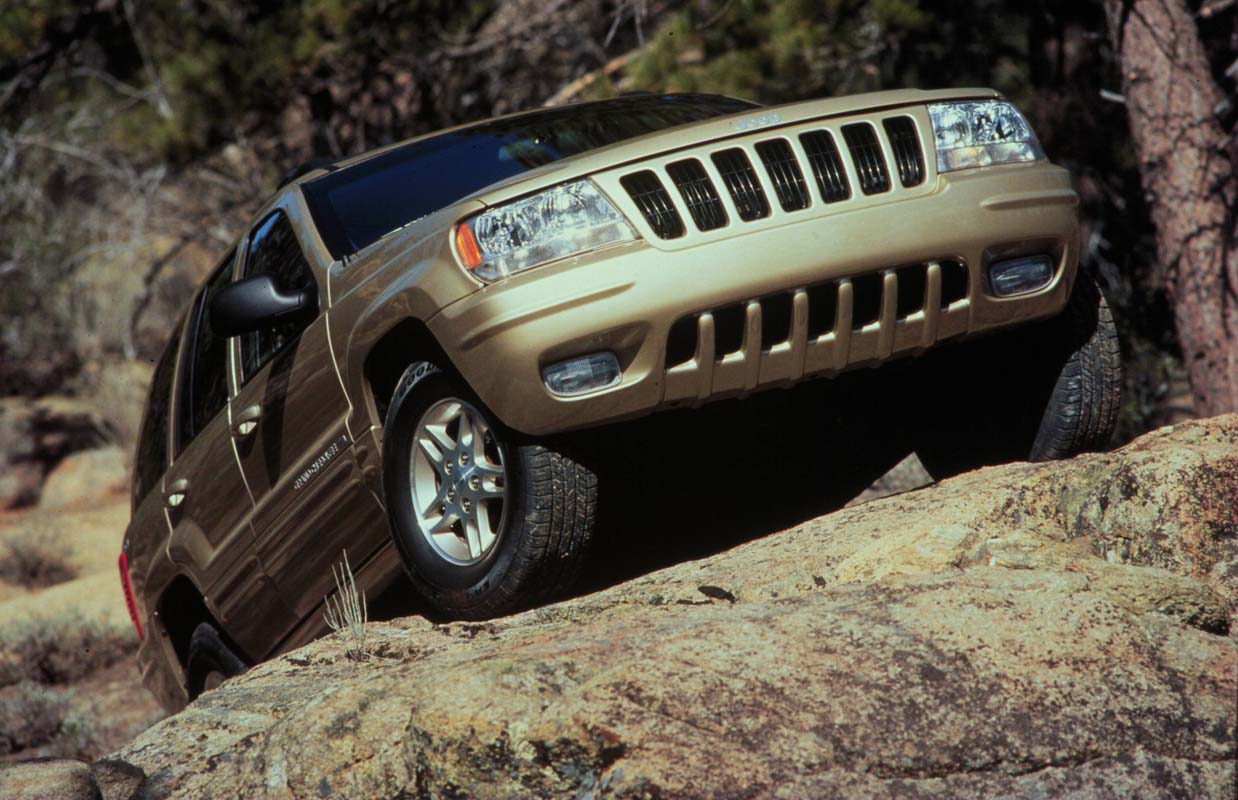 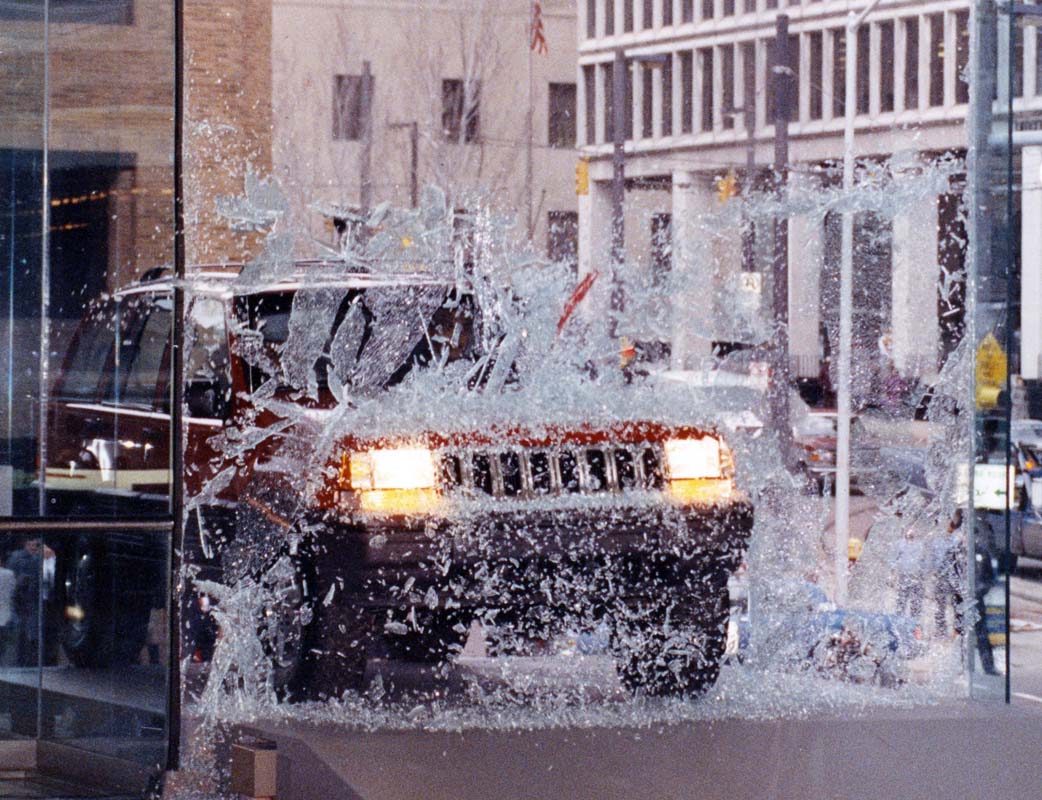 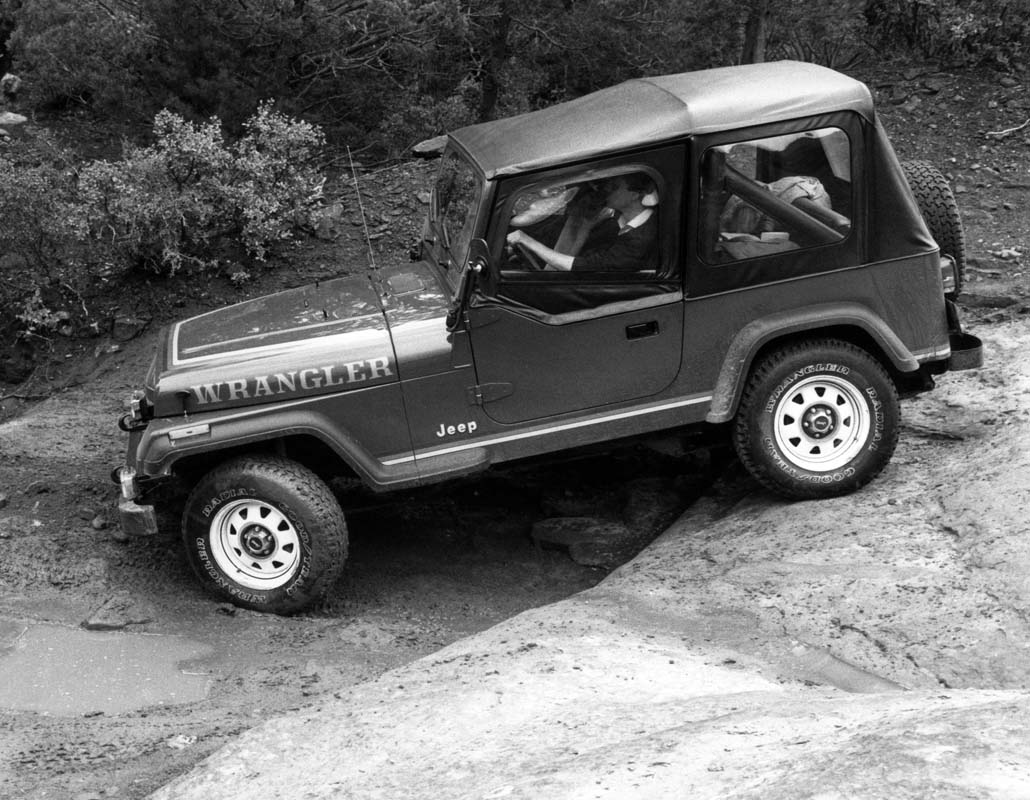 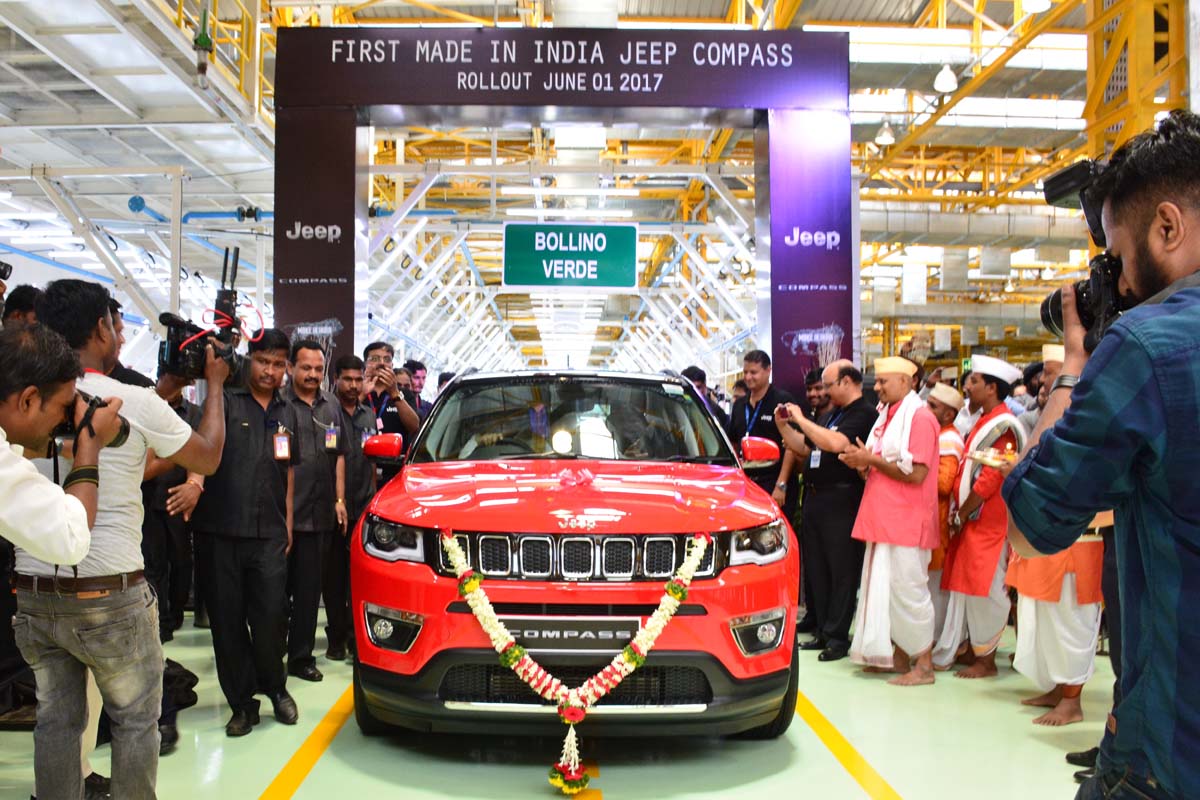 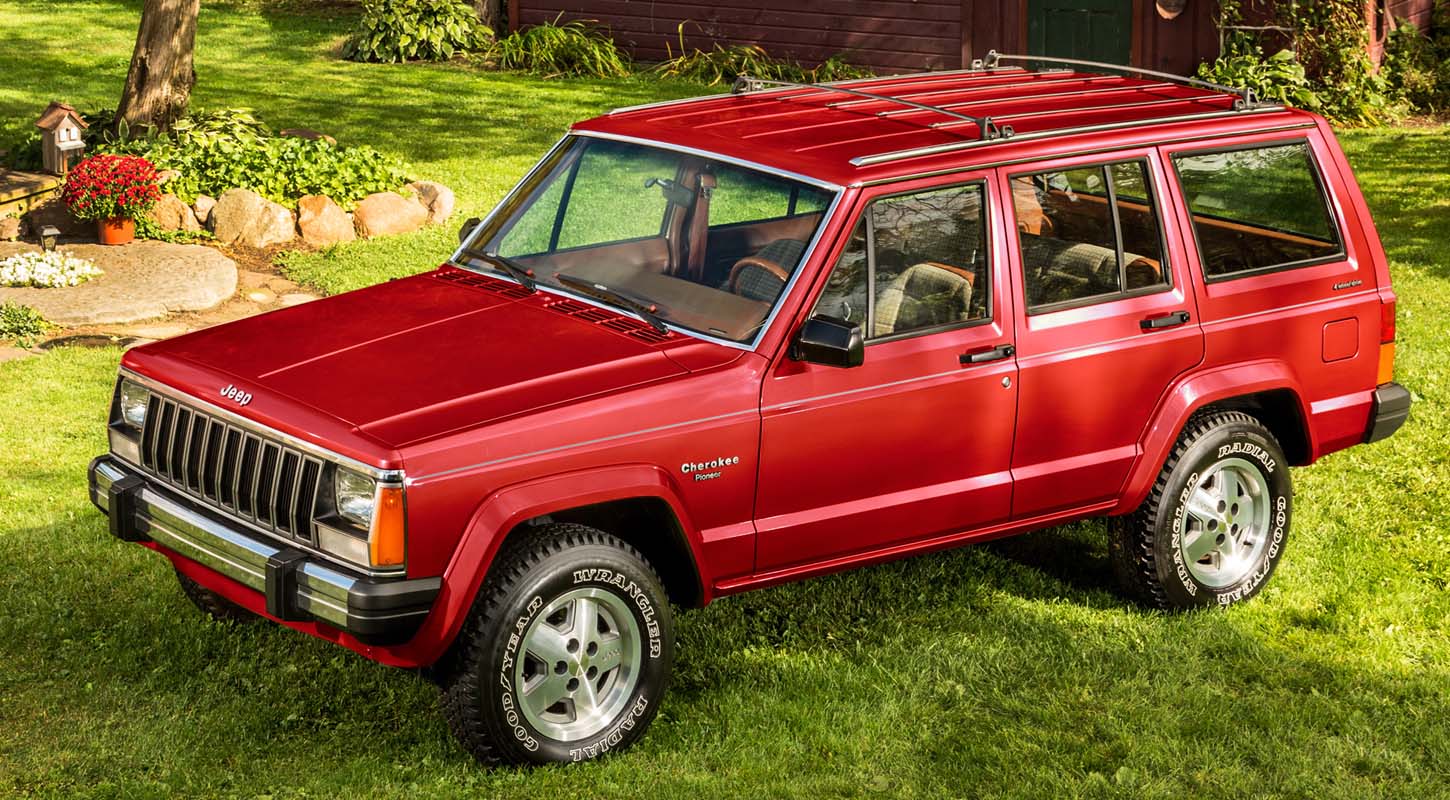 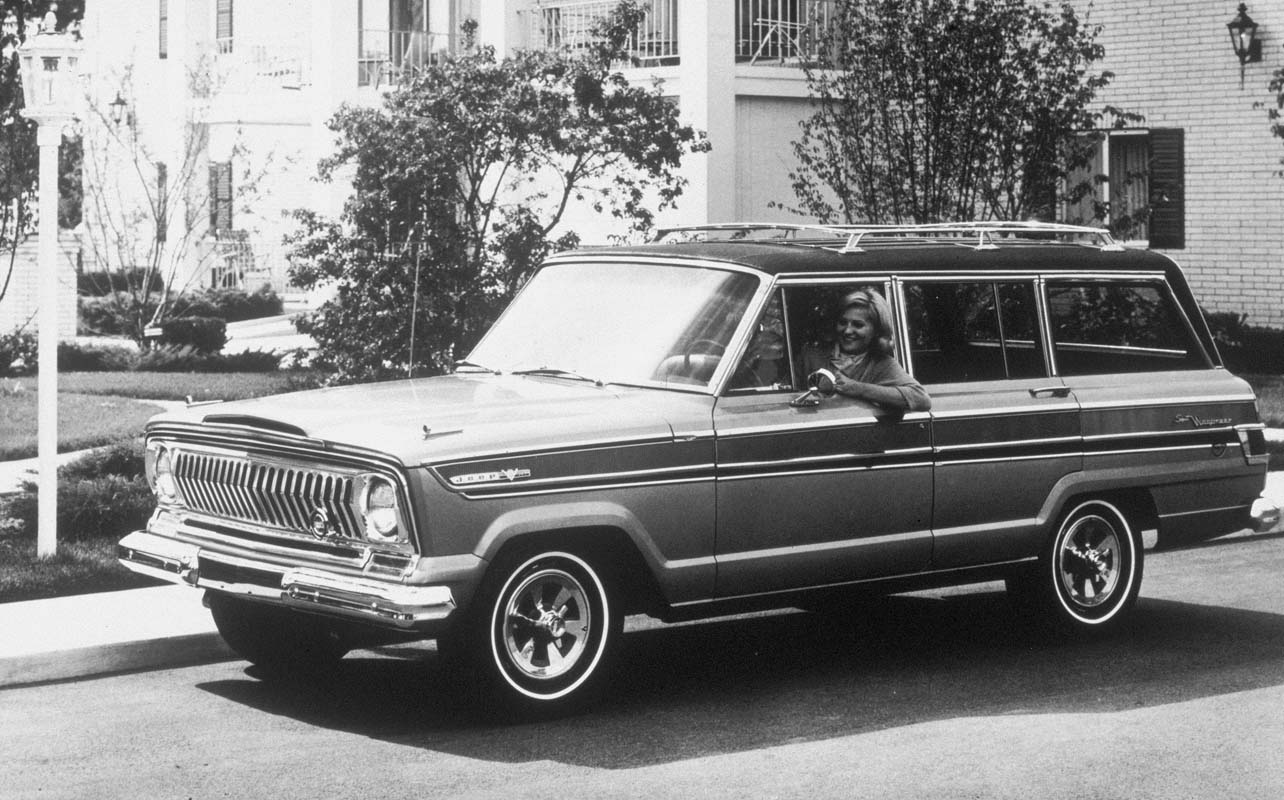 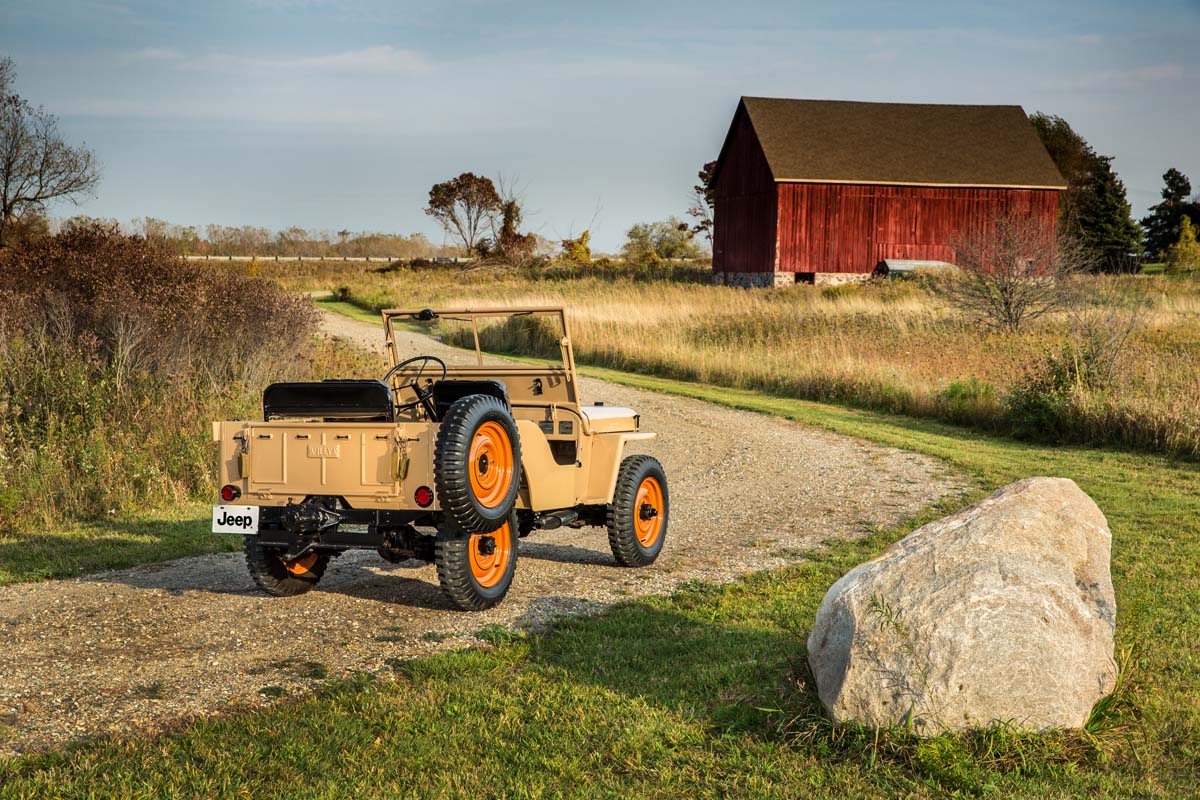 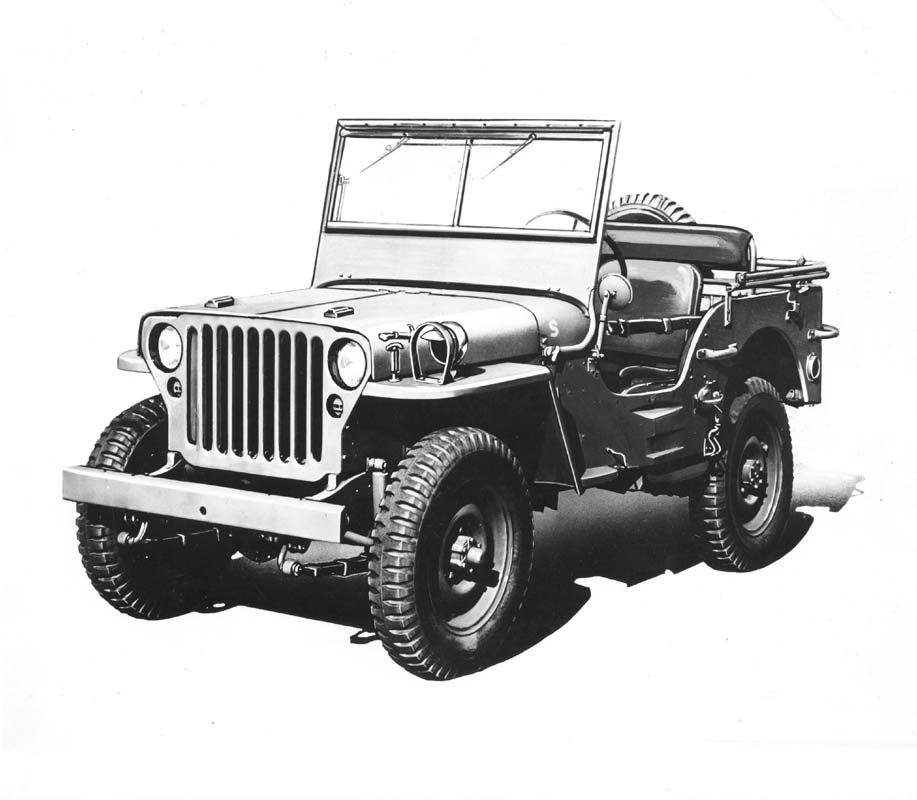 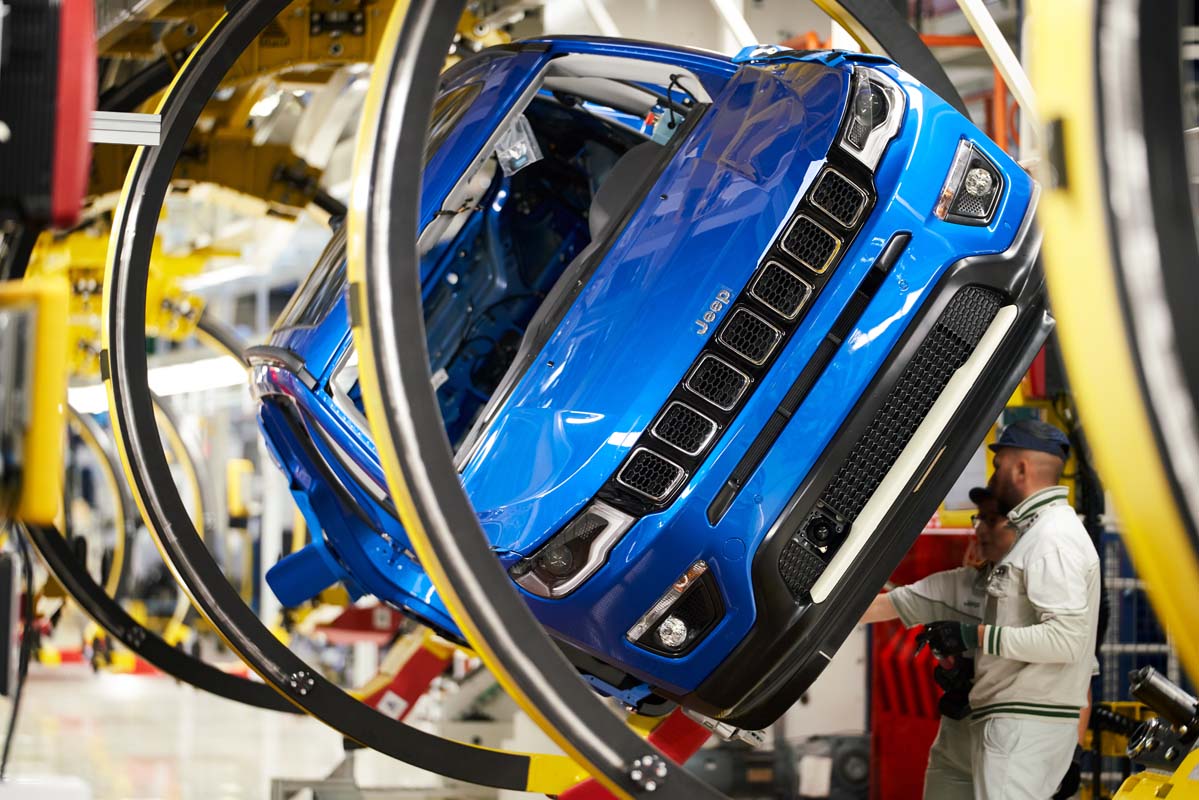 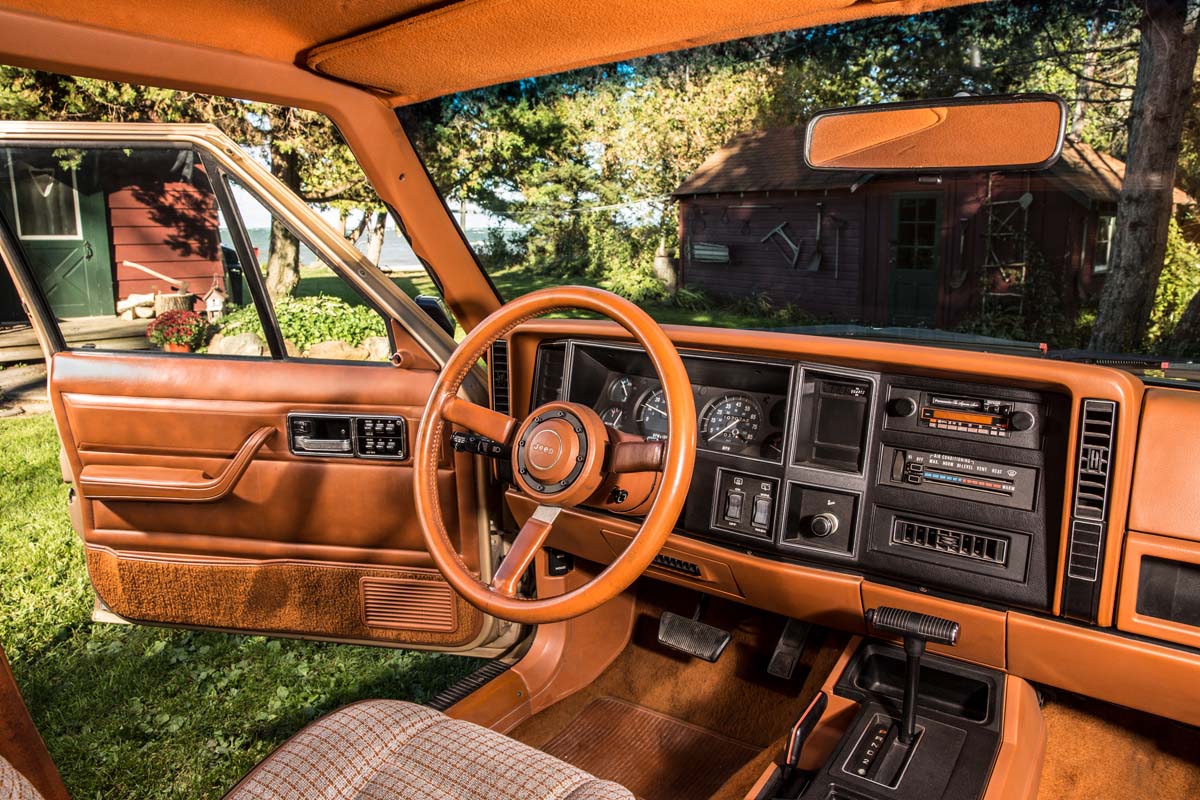 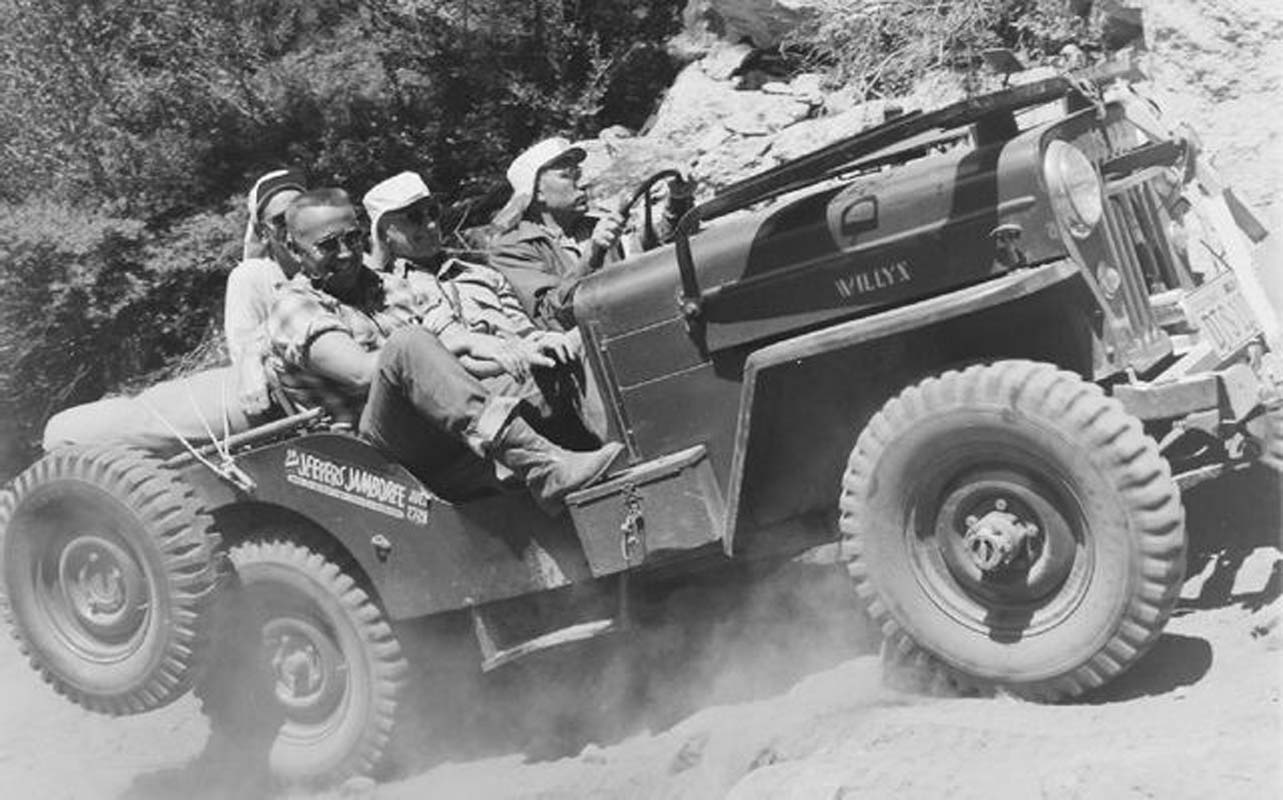 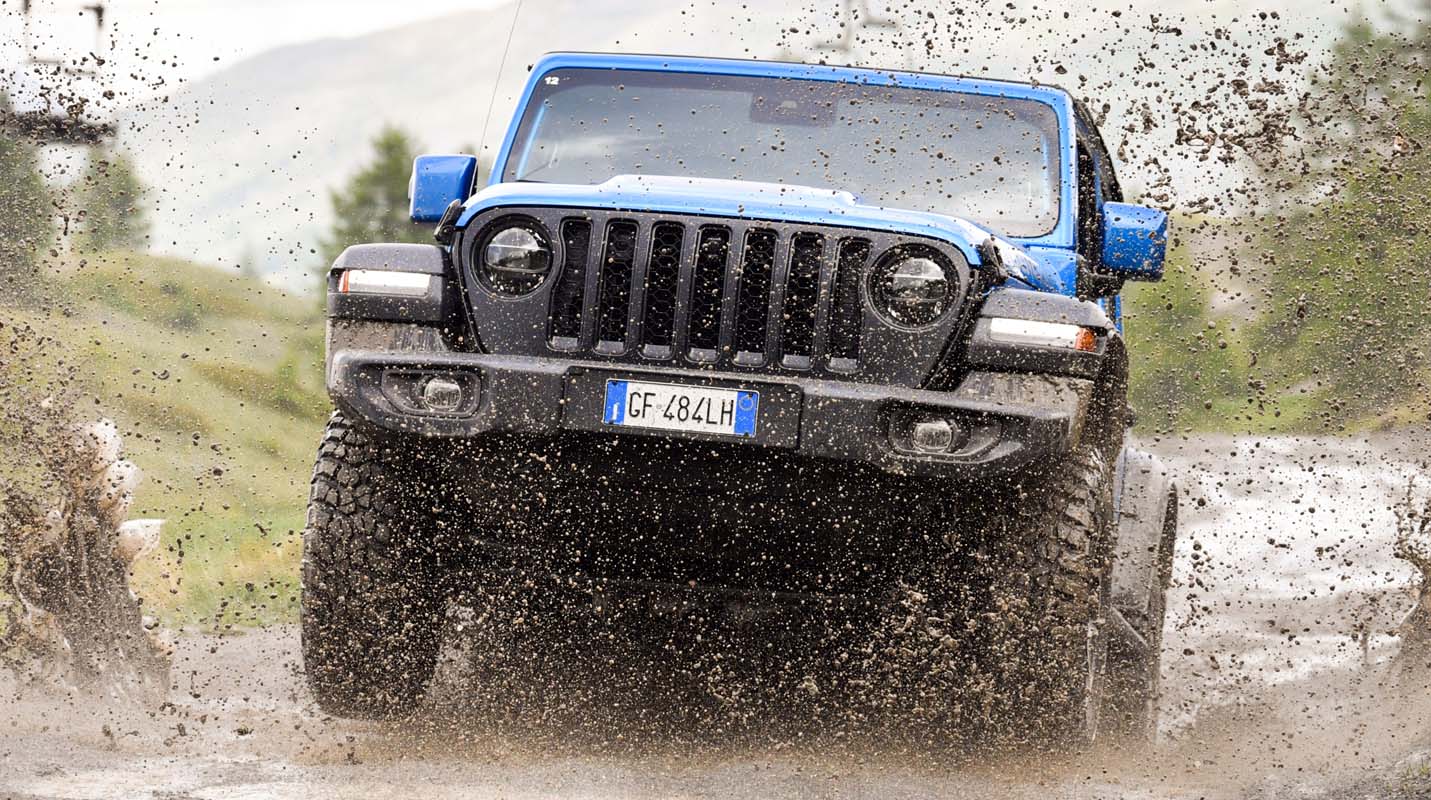 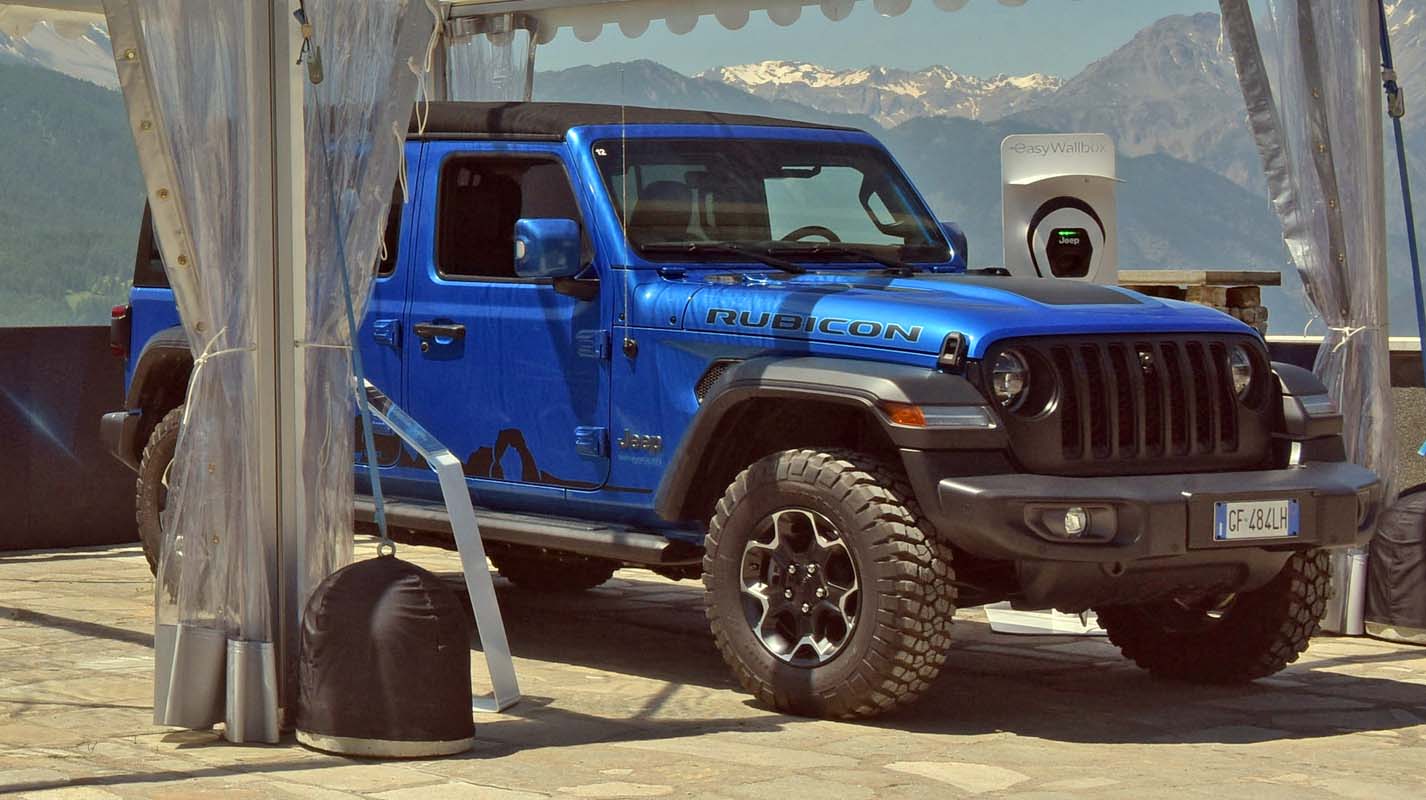 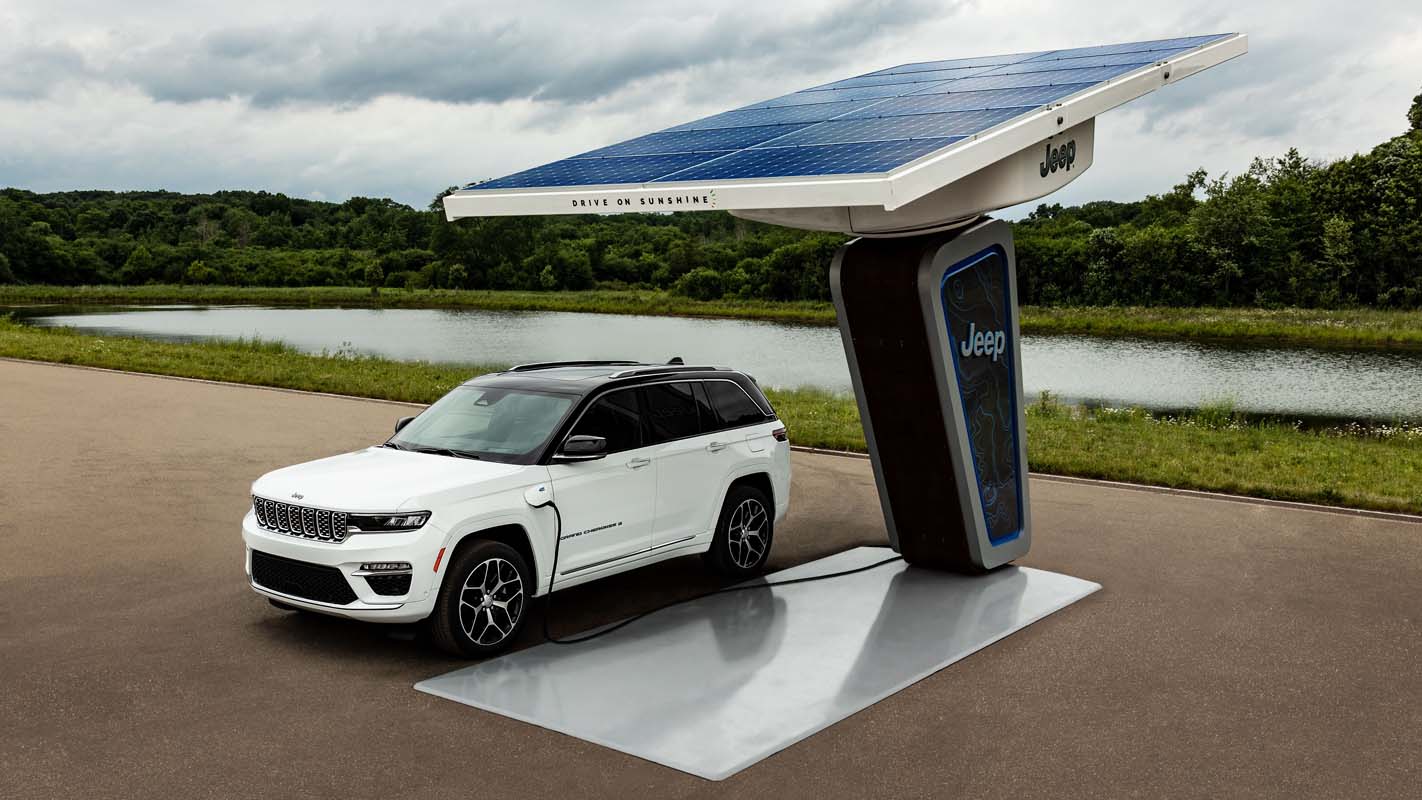 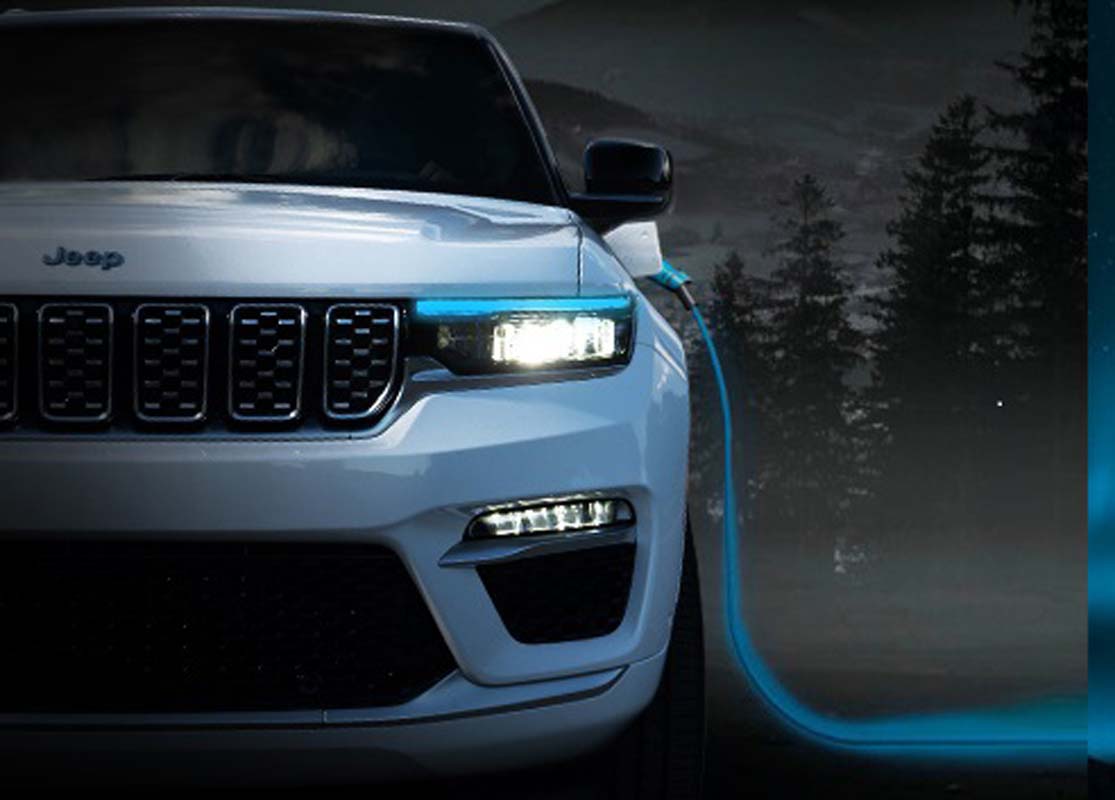 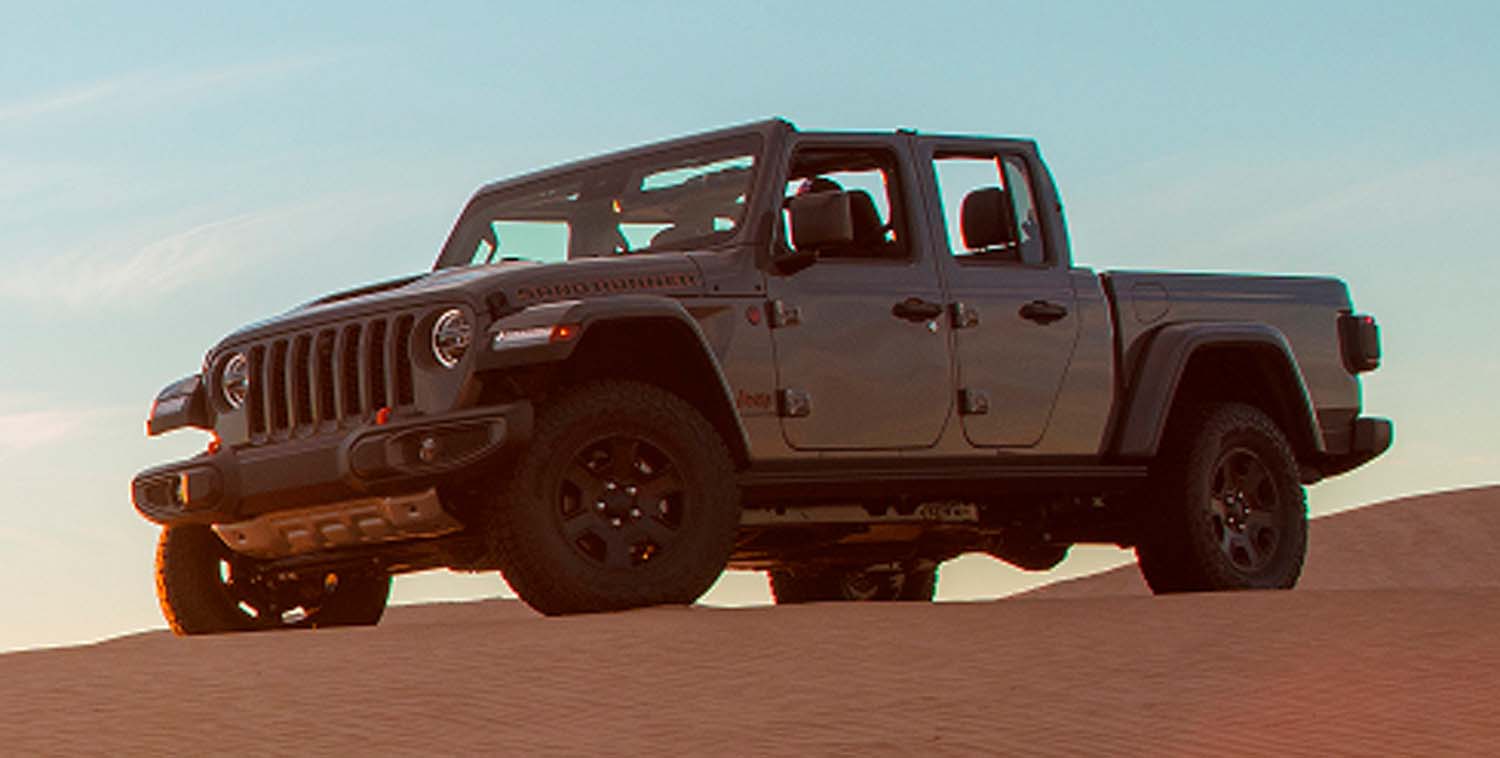 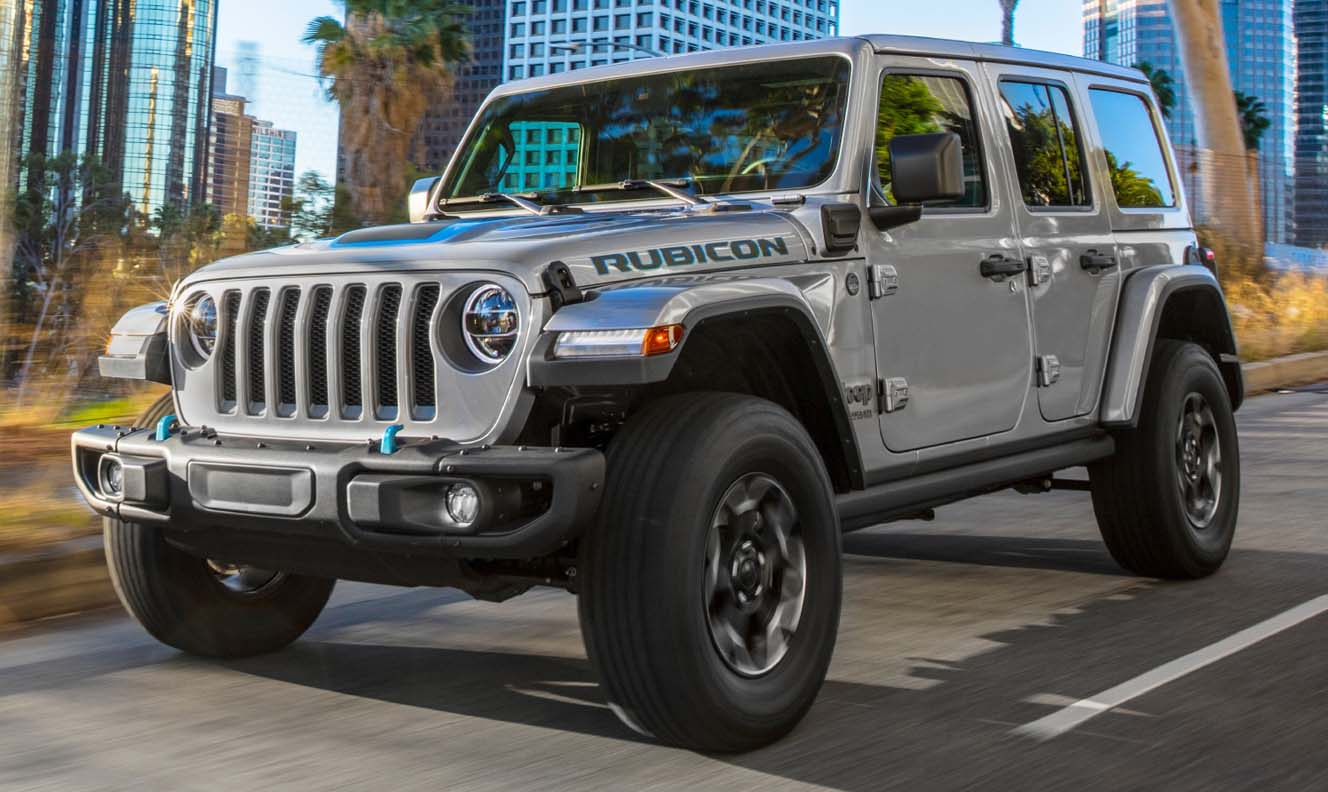 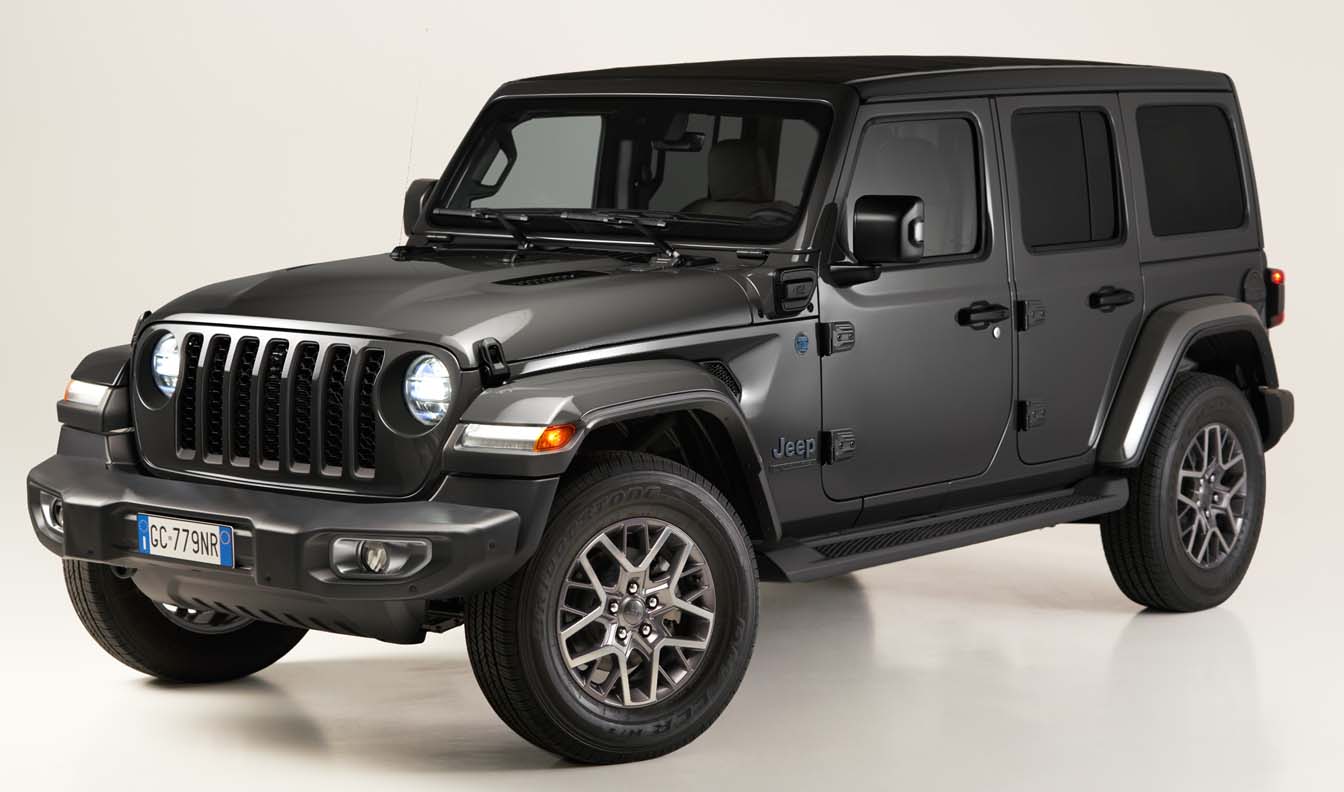 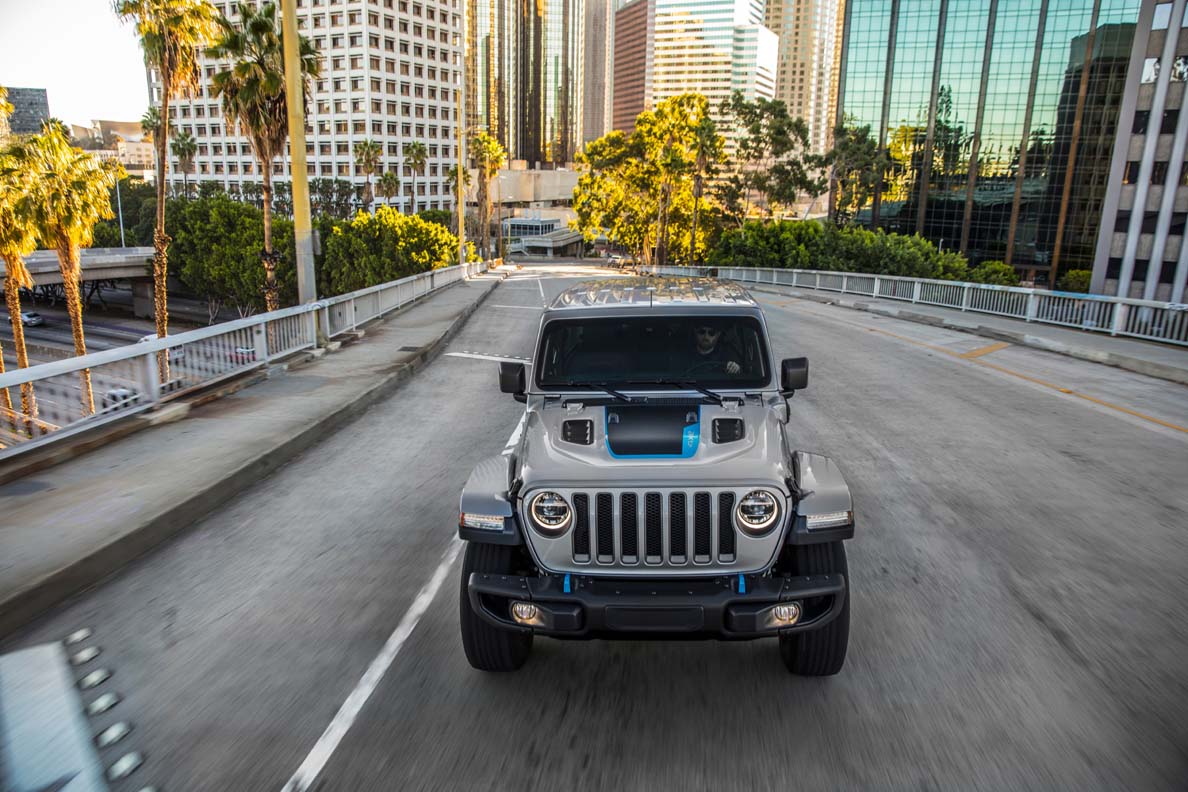 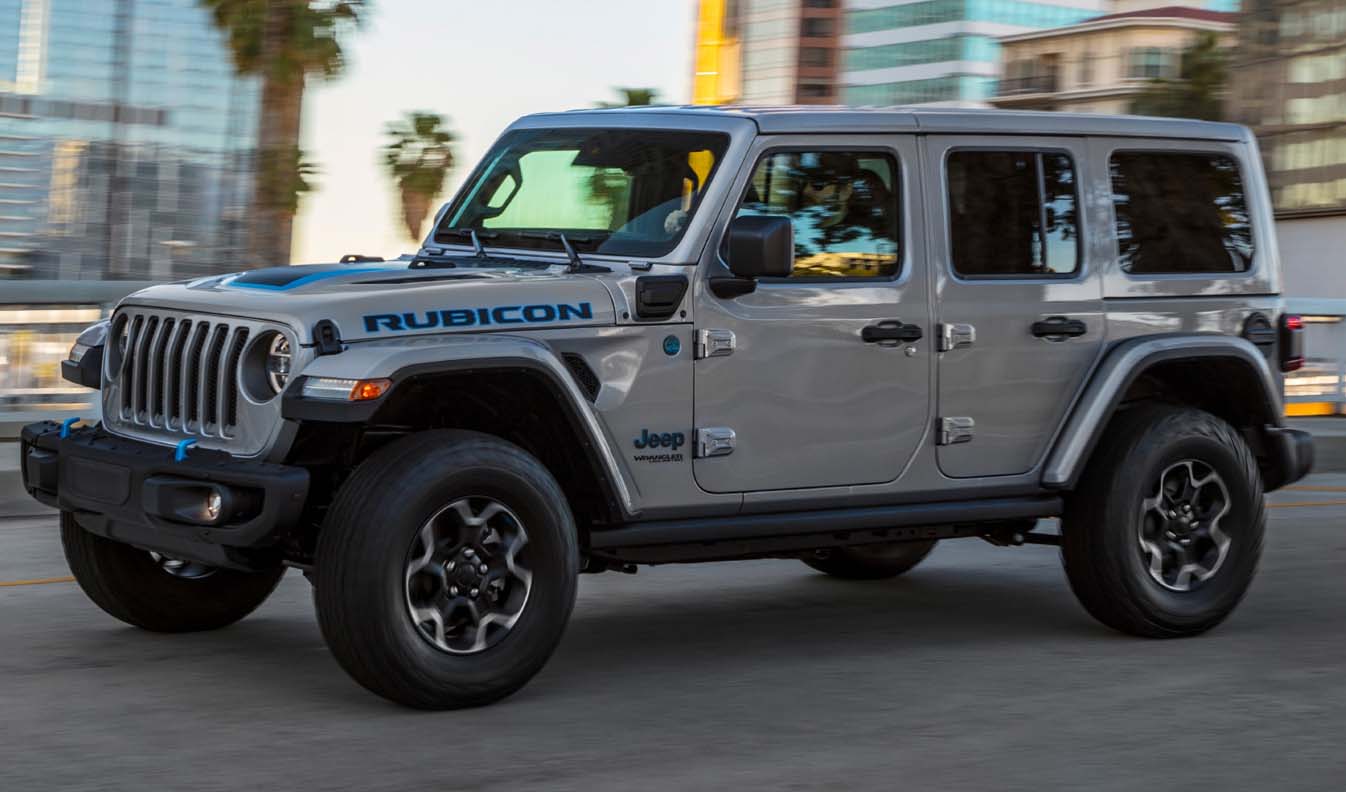 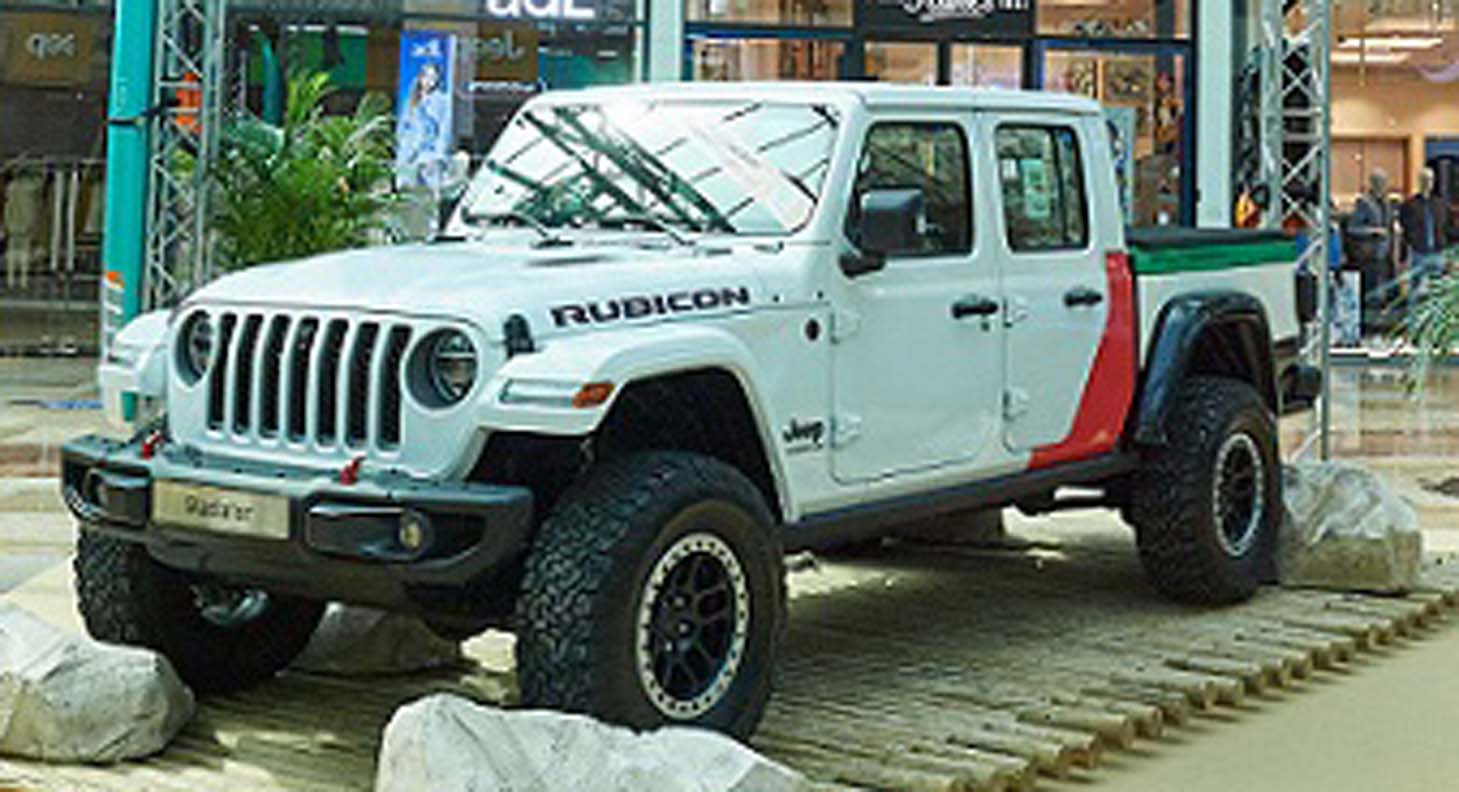 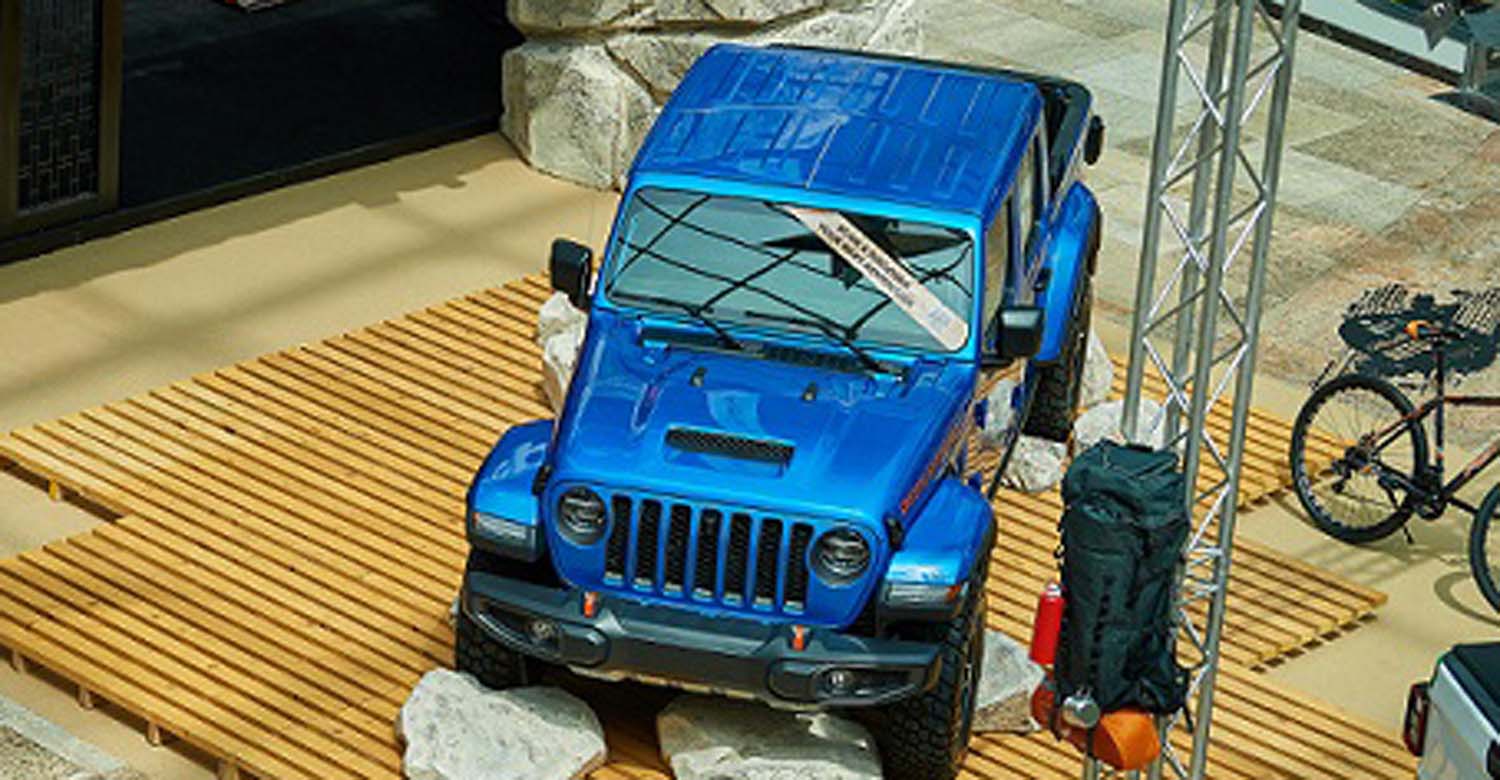