First Element Fuel (FEF), the largest hydrogen-refueling station operator in the U.S., will deploy the Class-8 heavy-duty trucks to deliver liquified hydrogen to their refueling stations for the next five years, including one year of demonstration with reporting duties to U.S. EPA and four years of commercial operation.

“Hyundai is actively engaged in setting up a carbon neutral hydrogen value chain around the world,” said Mark Freymueller, Senior Vice President and Head of Commercial Vehicle Business Innovation of Hyundai Motor Company. “We are happy to deploy our XCIENT Fuel Cell trucks in California, especially since this will help local stakeholders to decarbonize the hydrogen supply chain itself by substituting conventional trucks, which have been used to haul hydrogen – to hydrogen trucks.”

“This is where change starts. Reducing pollution from heavy-duty trucks and construction equipment brings us closer to the cleaner air that our communities deserve” said Wayne Nastri, South Coast AQMD’s Executive Officer. “We look forward to seeing this project come to life and deployed in Southern California.”

U.S. EPA’s TAG program aims to reduce air pollution in areas of the nation with the highest levels of ambient ozone and fine particulate matter (PM2.5) pollution. The focus of the TAG program is to provide funding assistance to projects that: 1) directly reduce emissions from priority emission sources; 2) generate measurable reductions of ozone, PM2.5, and/or precursor emissions; and 3) support National Ambient Air Quality Standards (NAAQS) attainment in one or more of the nation’s most impacted airsheds.

Under the TAG program, eligible state and local air pollution control agencies must directly apply to U.S. EPA, but can select partners for a project consortium. For the 2021 TAG program, Hyundai Motor partnered with South Coast AQMD and FEF to develop a TAG application to support the replacement of FEF’s diesel-powered hydrogen transport trucks with fuel cell electric vehicles.

XCIENT Fuel Cell 6×4 tractor model participating in the demonstration is equipped with a 180 kW fuel cell system and e-motor with a maximum output of 350 kW. The tractor’s hydrogen tank can hold 67 kg of hydrogen with the battery providing 72 kWh for a gross combined weight of 37,200 kg to deliver an average range of over 450 miles per tank.

Launched in 2020 by Hyundai Motor, XCIENT Fuel Cell is the world’s first mass-produced hydrogen fuel cell electric heavy-duty truck. The company has already deployed 47 units in Switzerland where they have accumulated more than four million kilometers in driving as of July 2022. 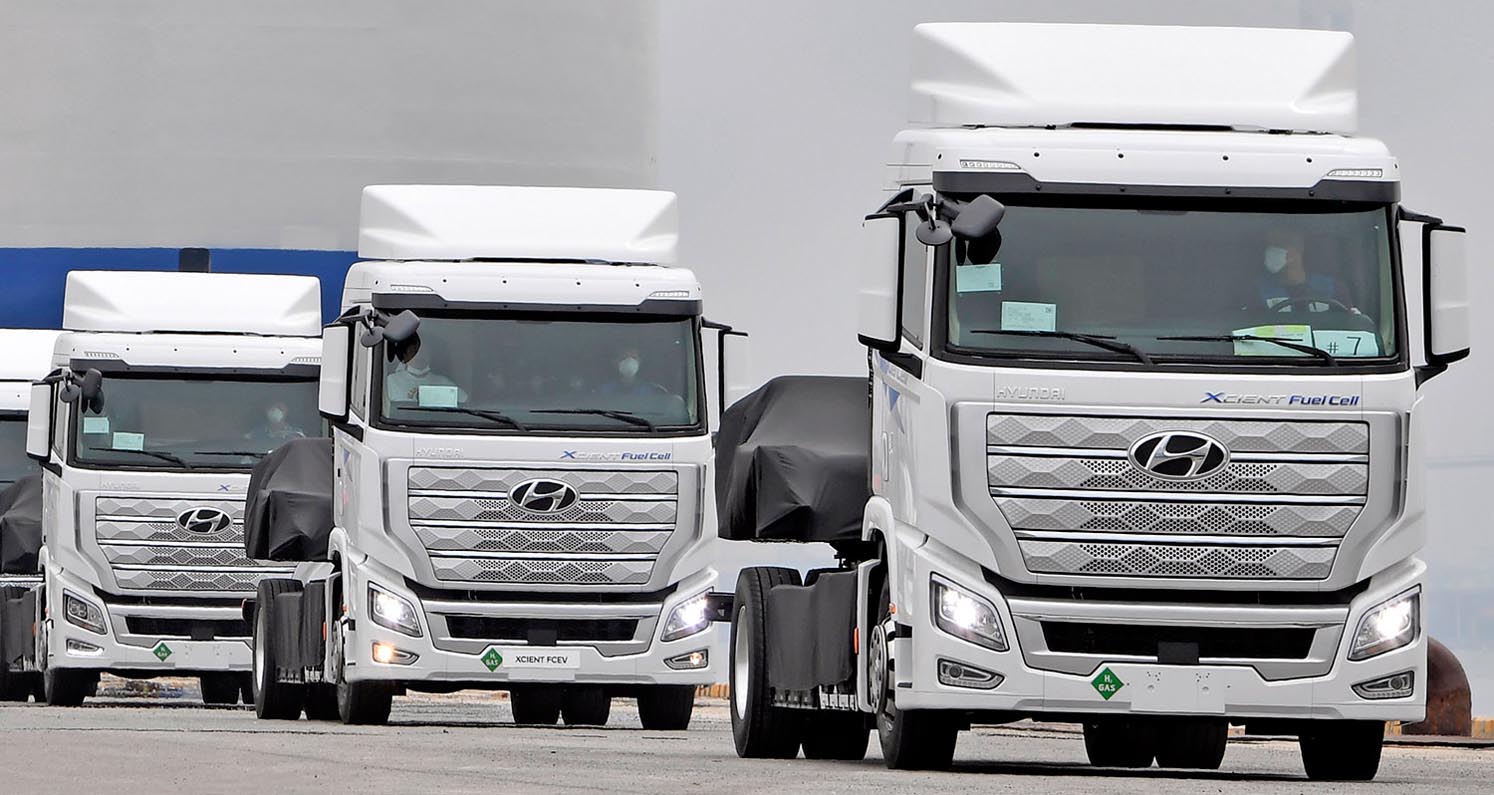 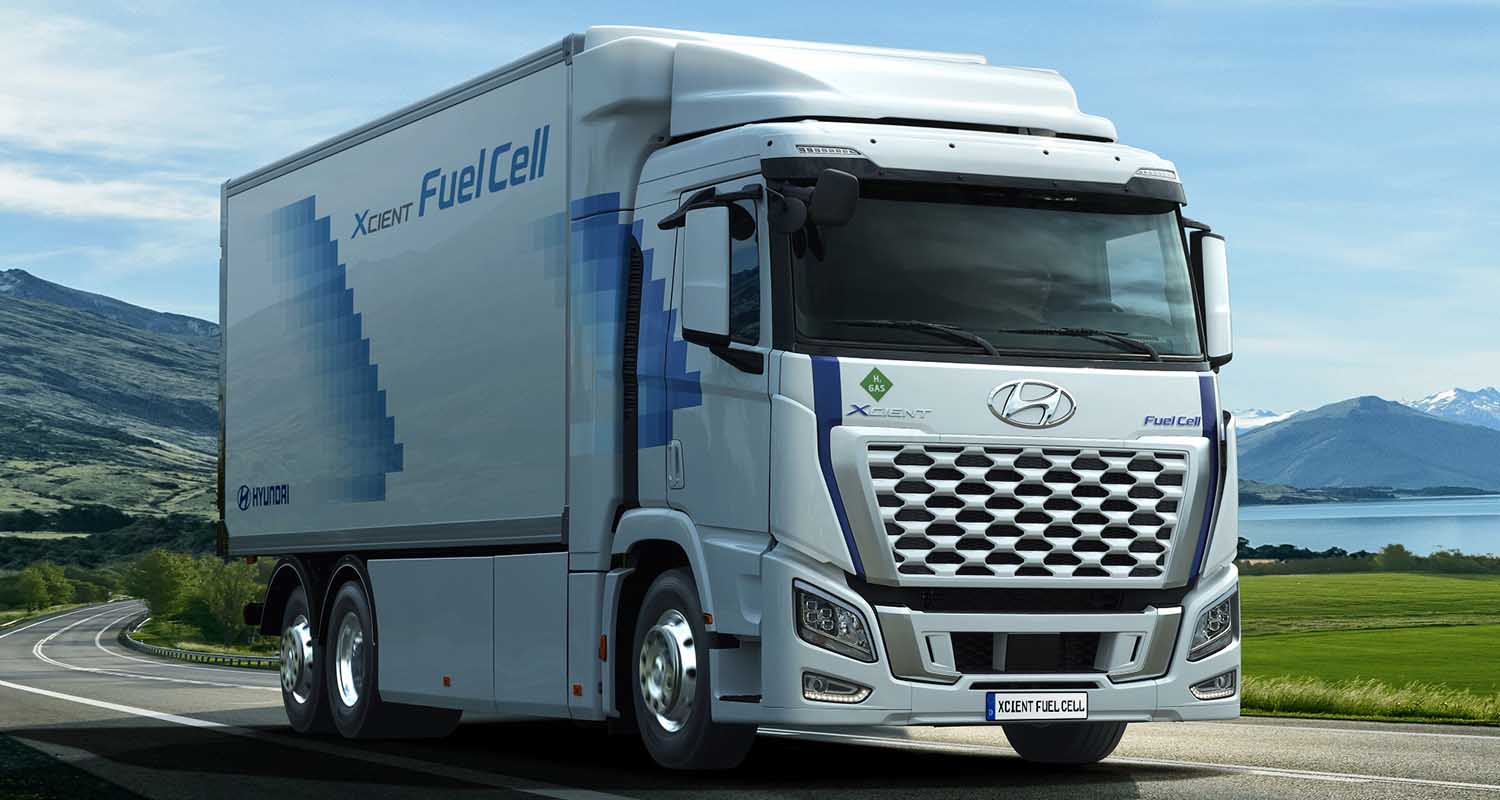 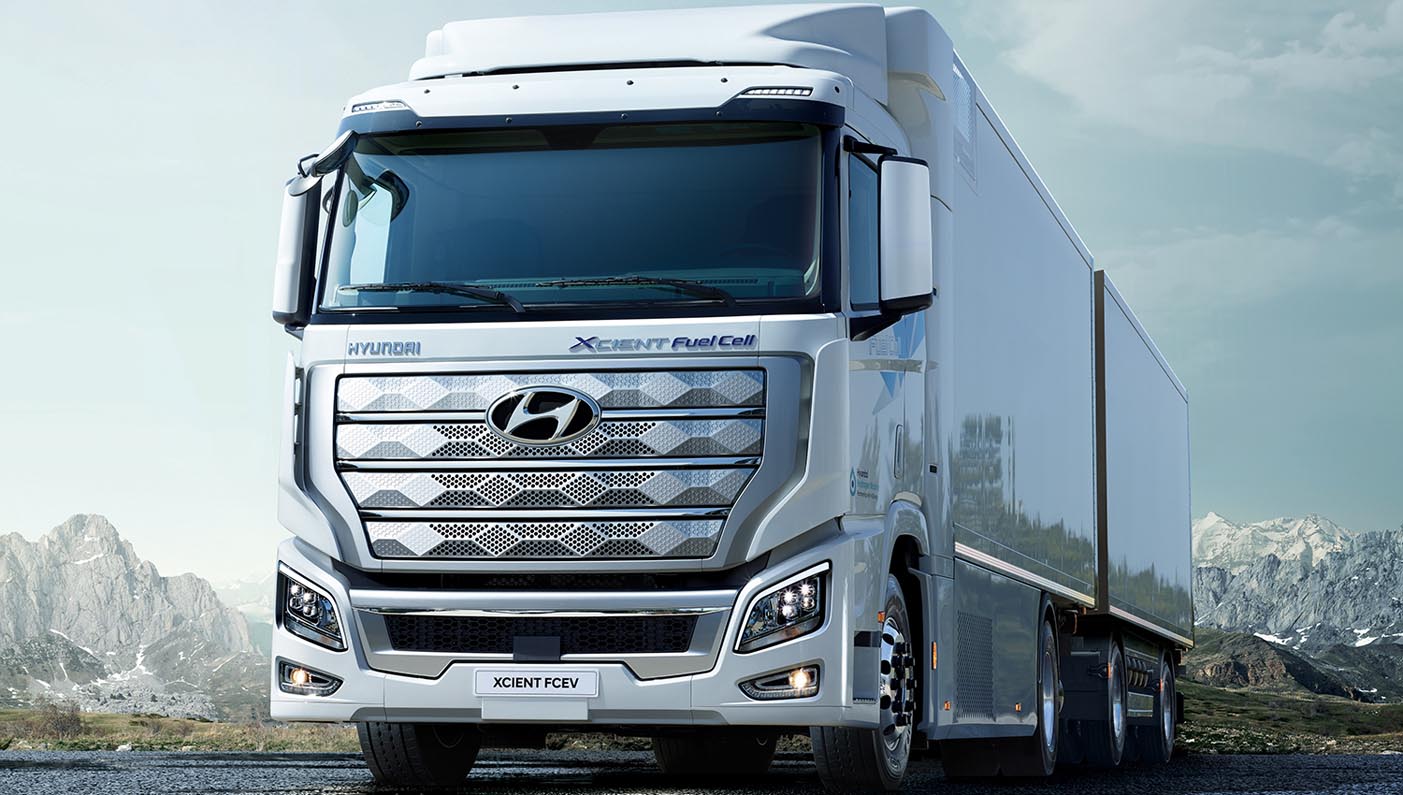 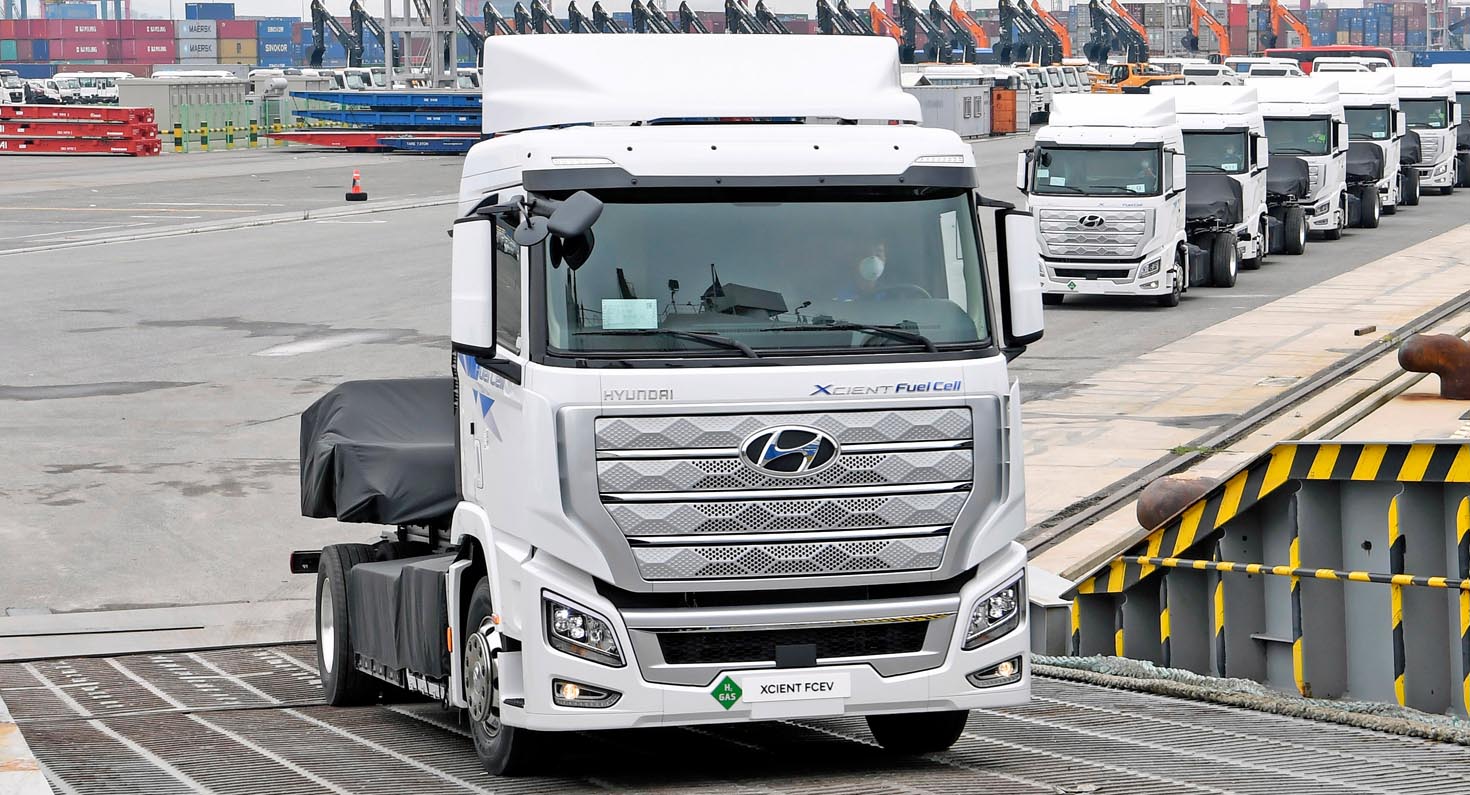 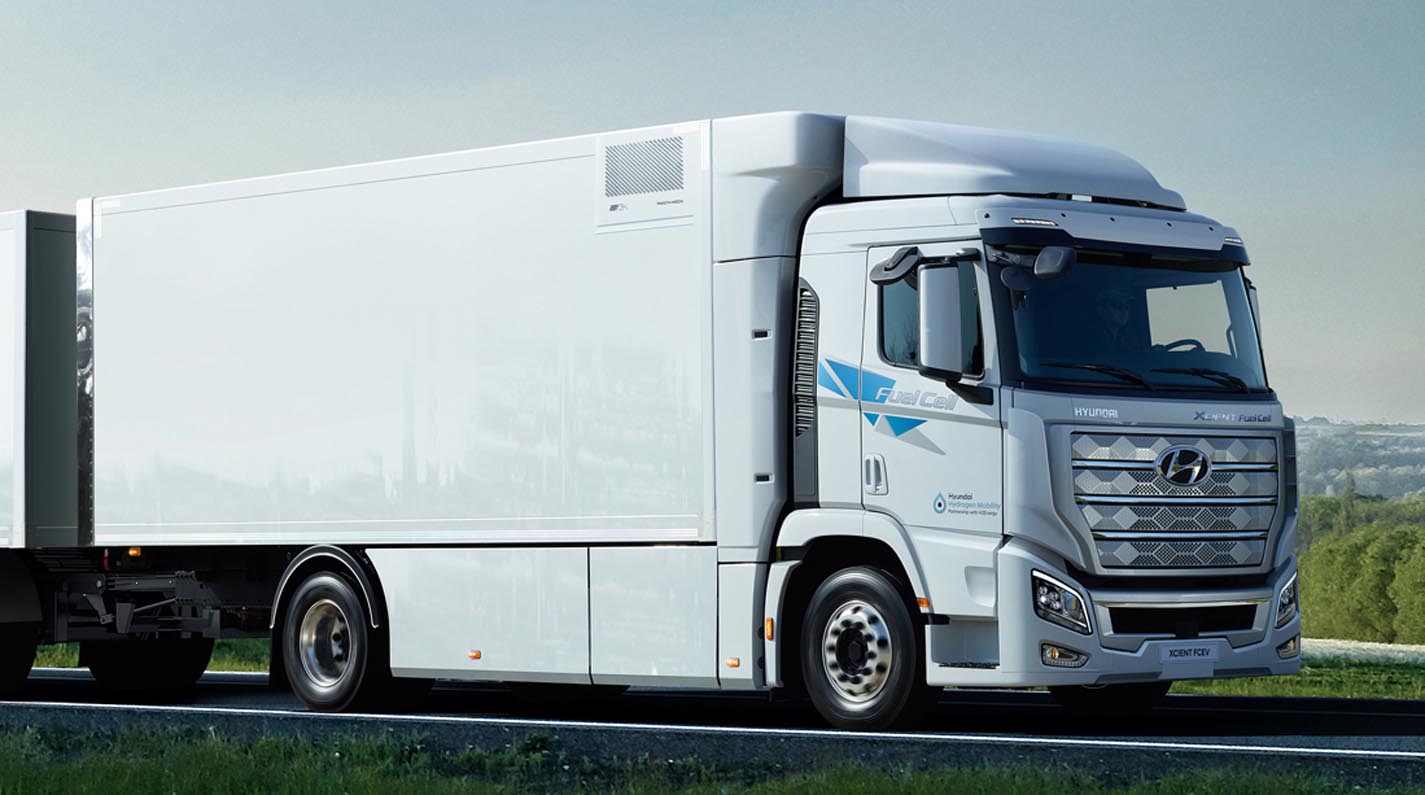 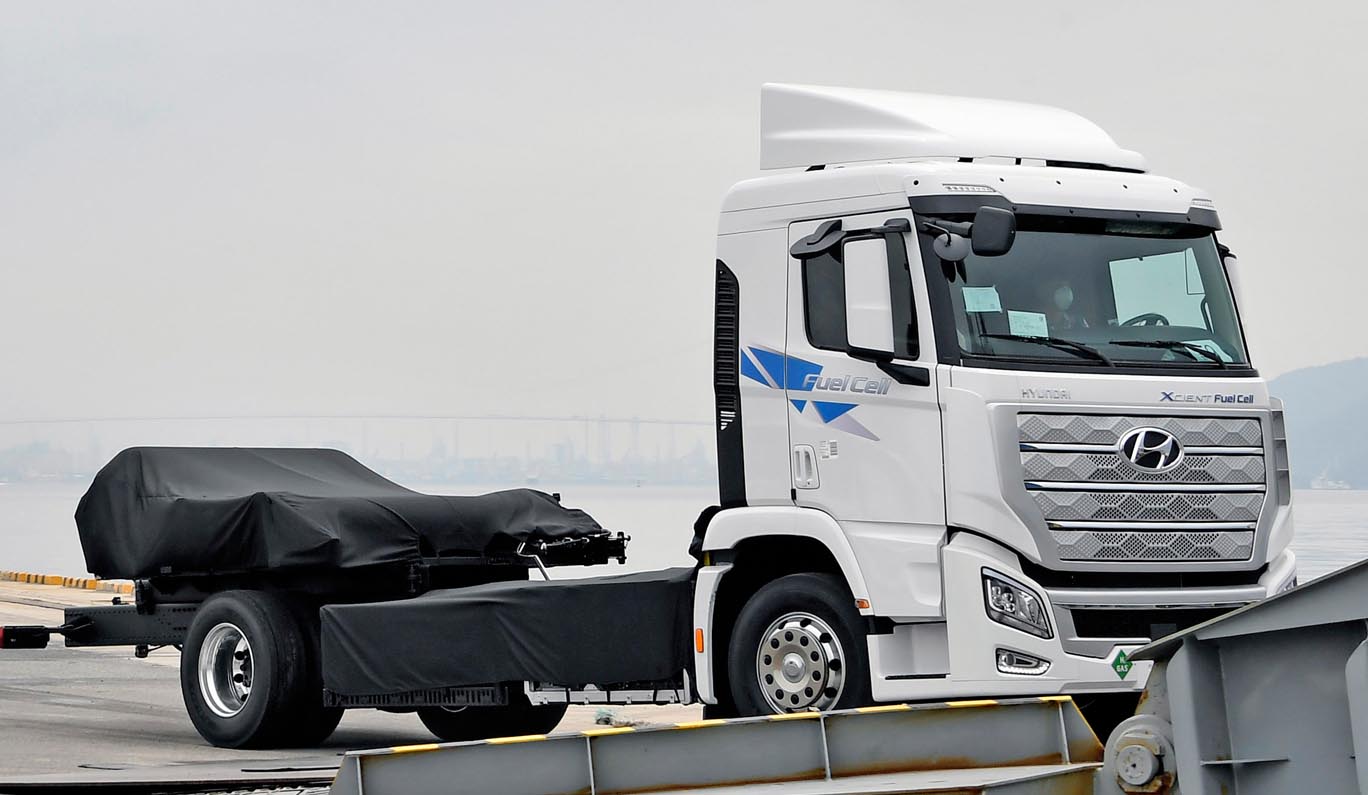 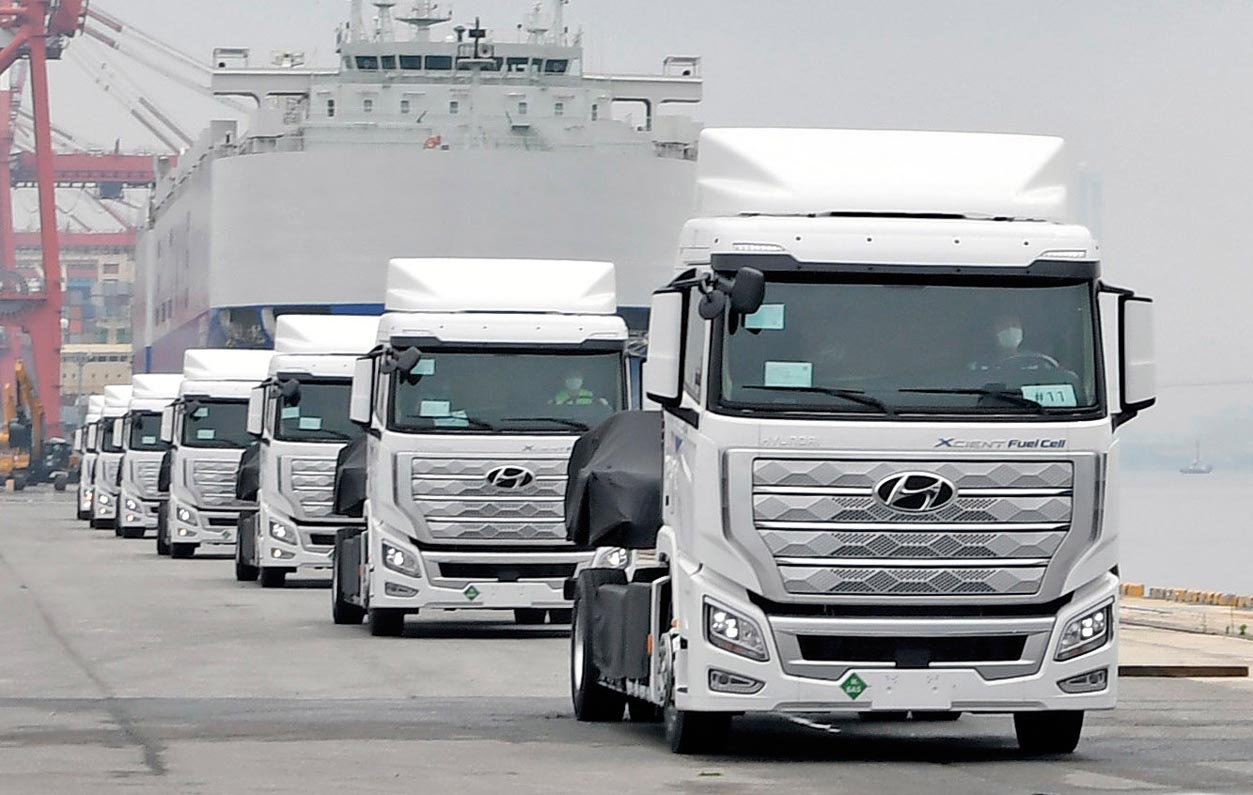 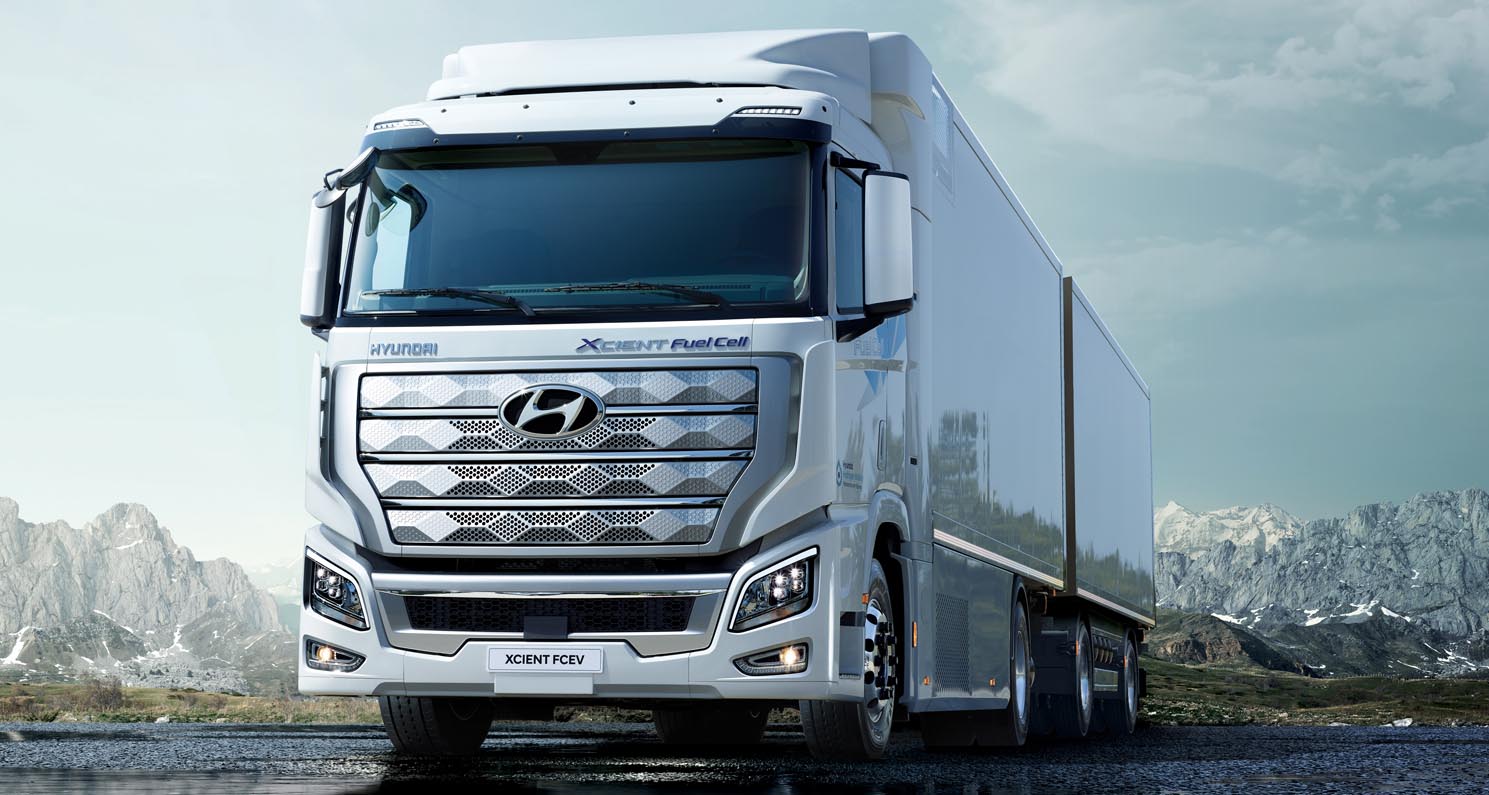 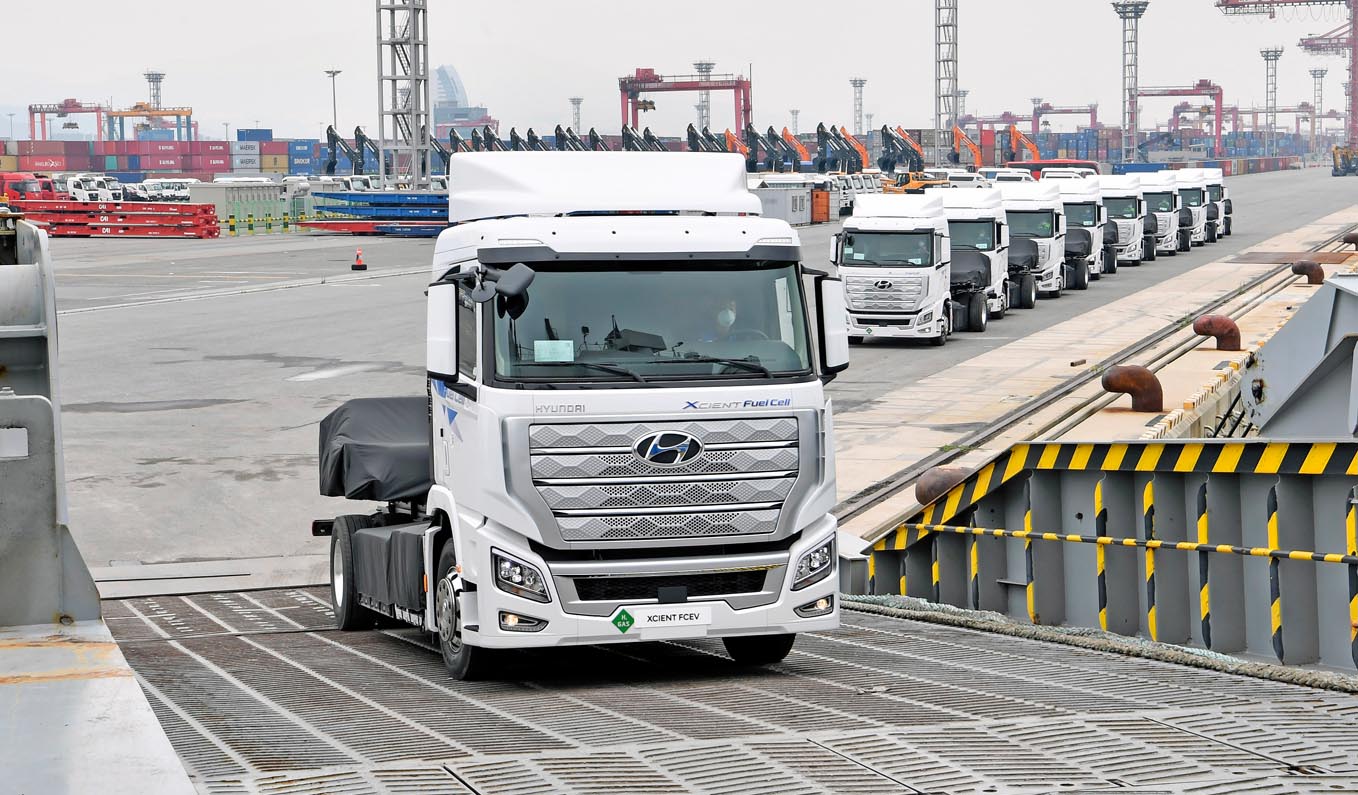 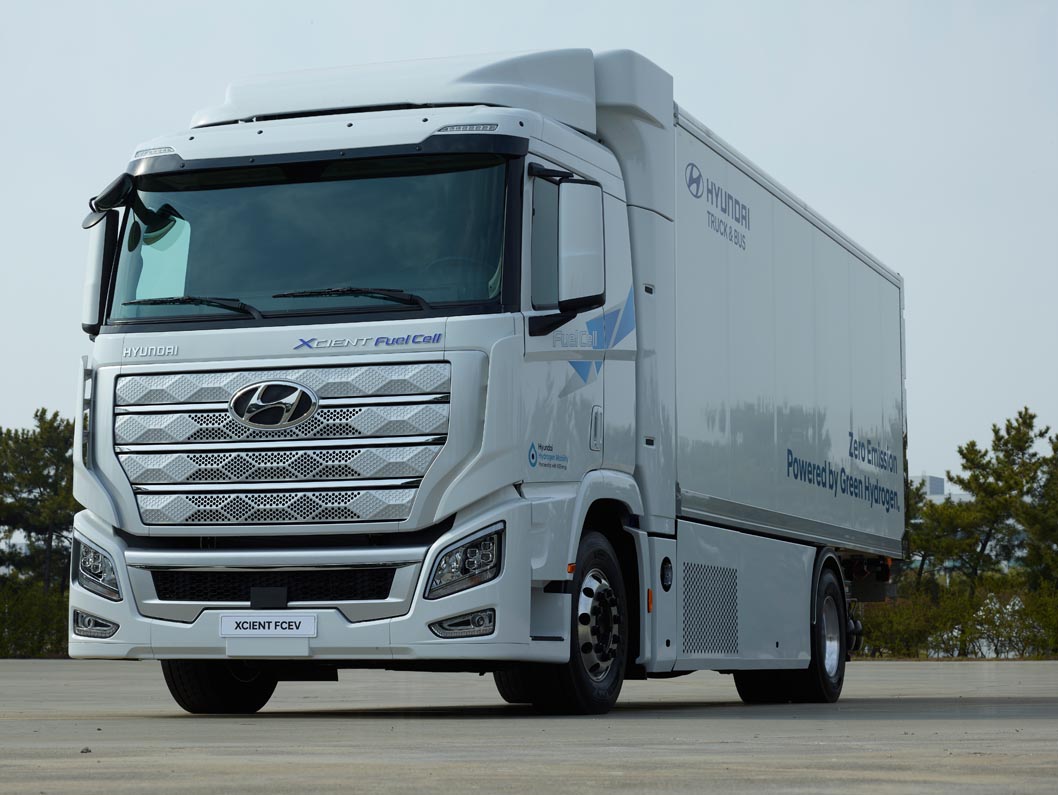 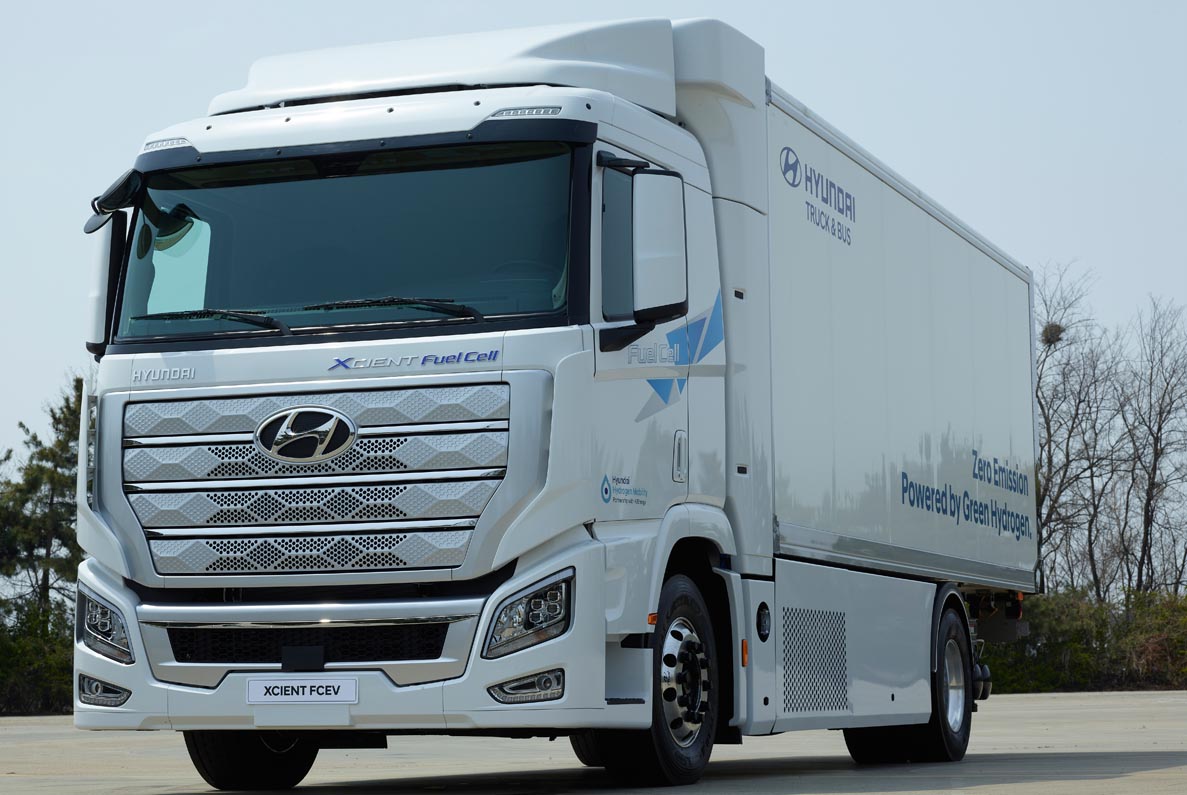 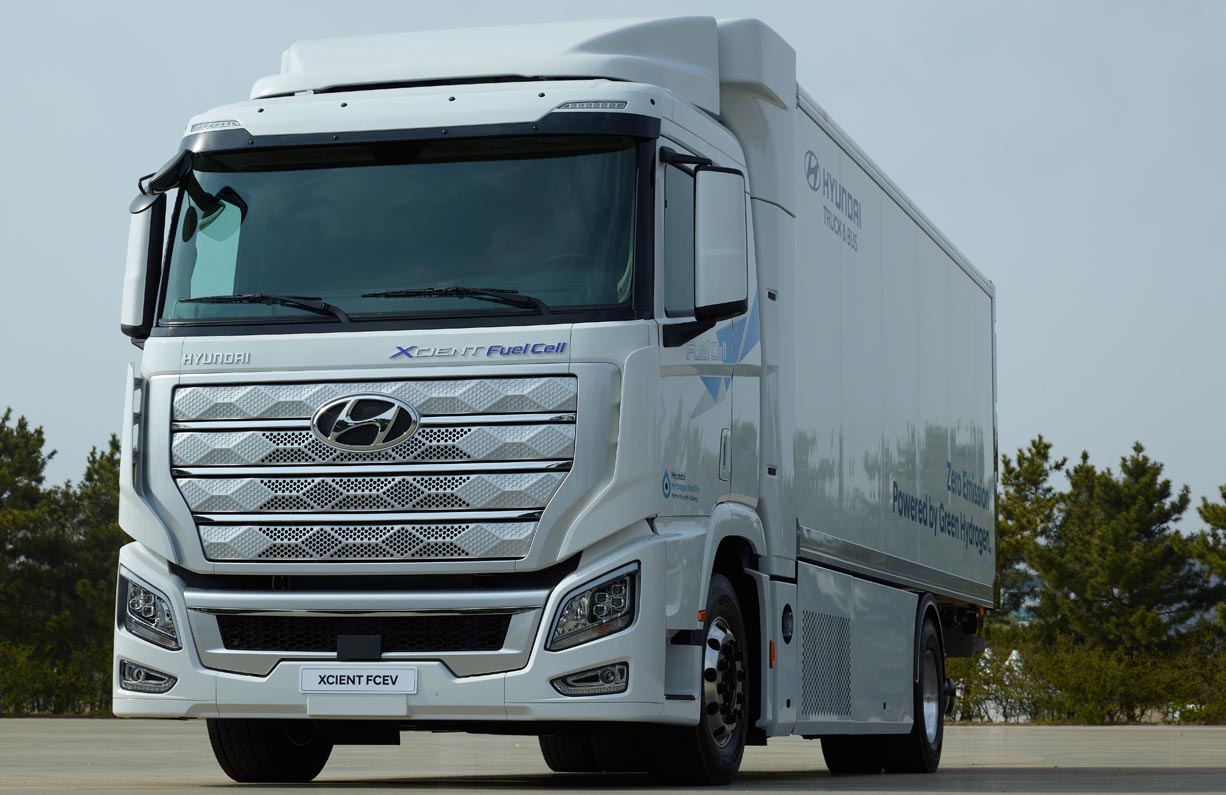 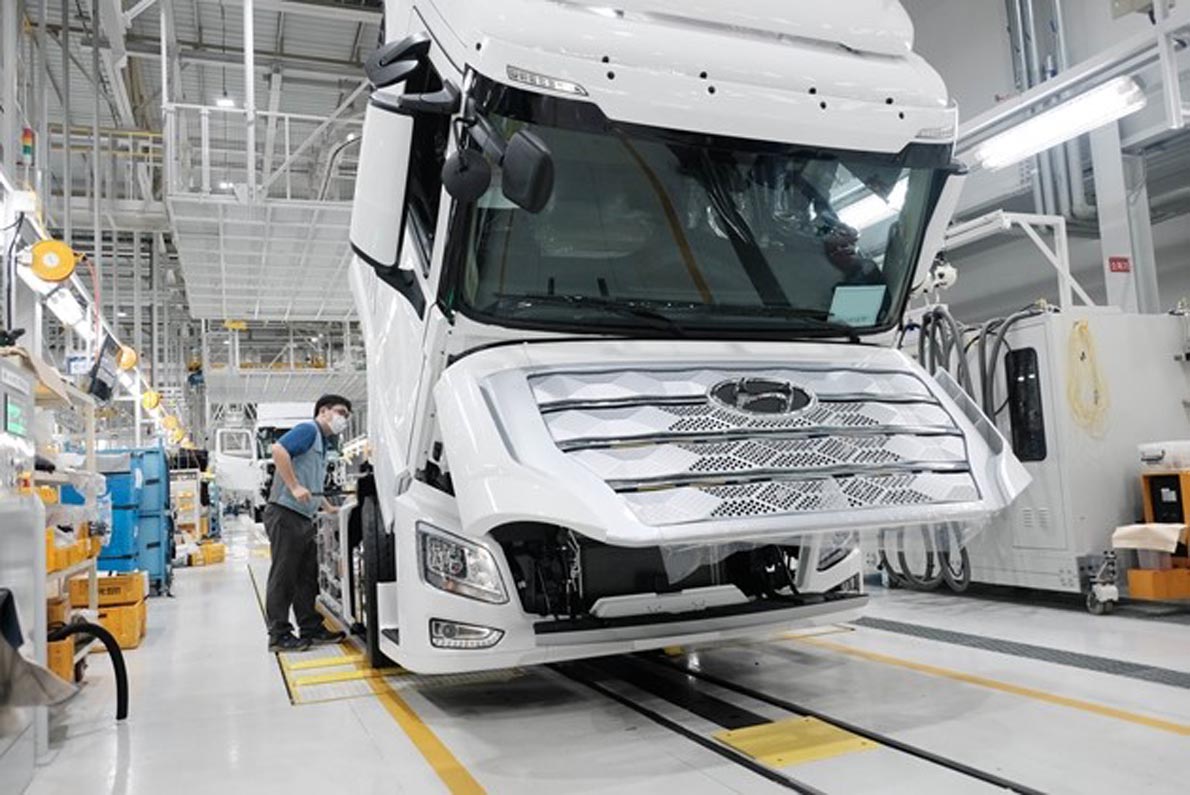 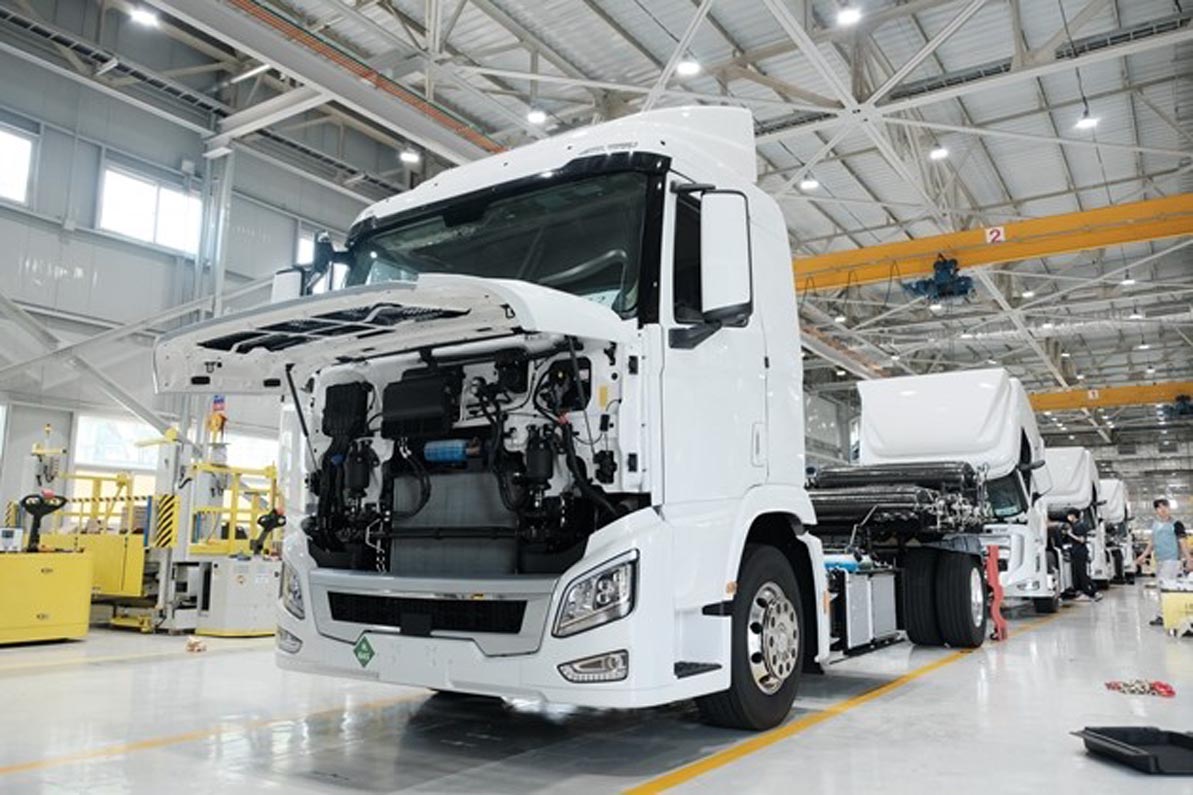 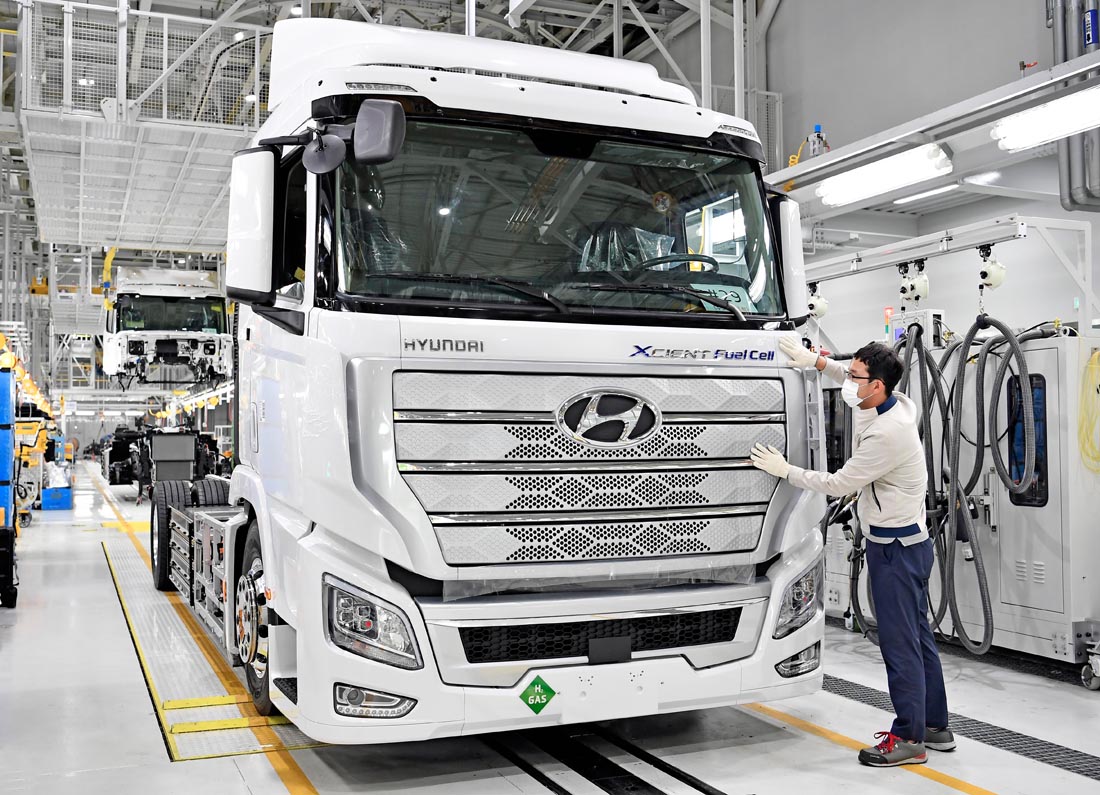 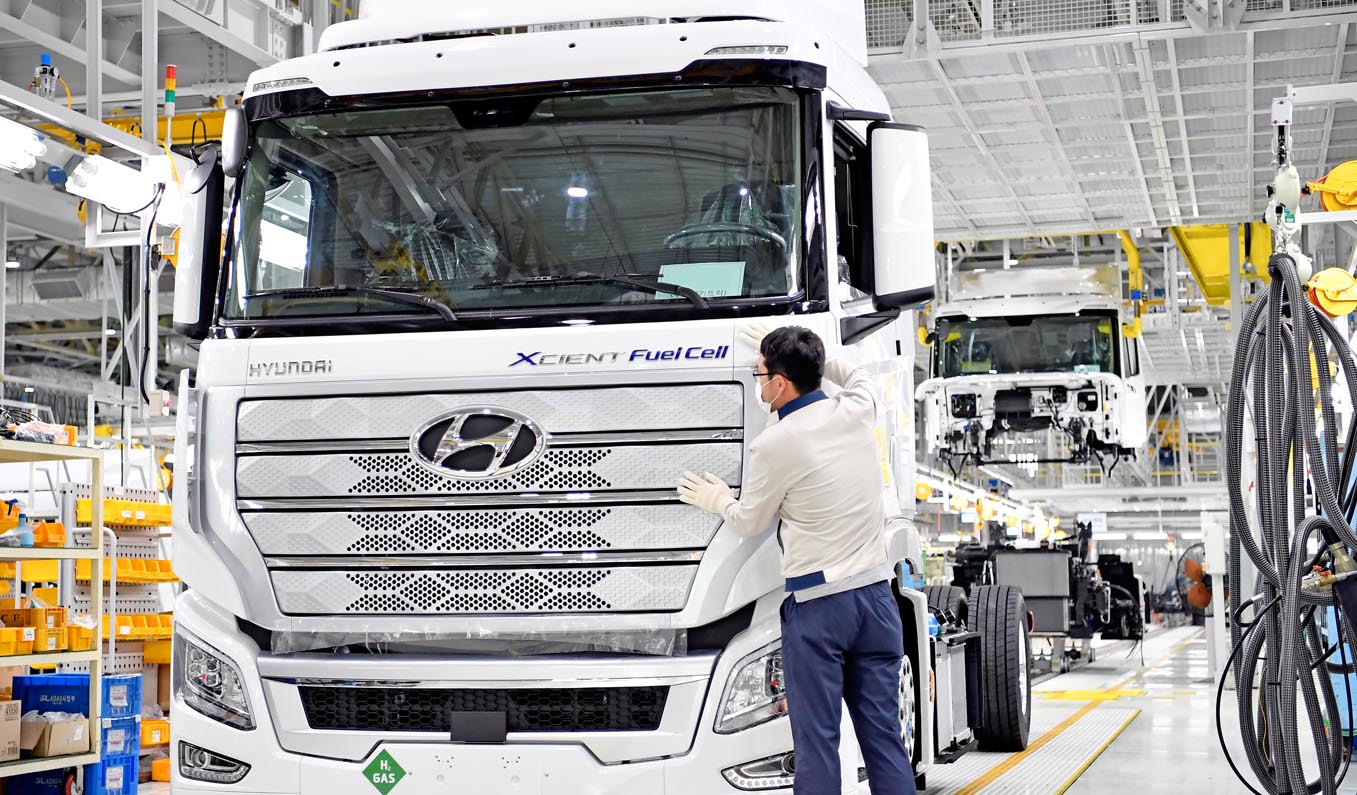 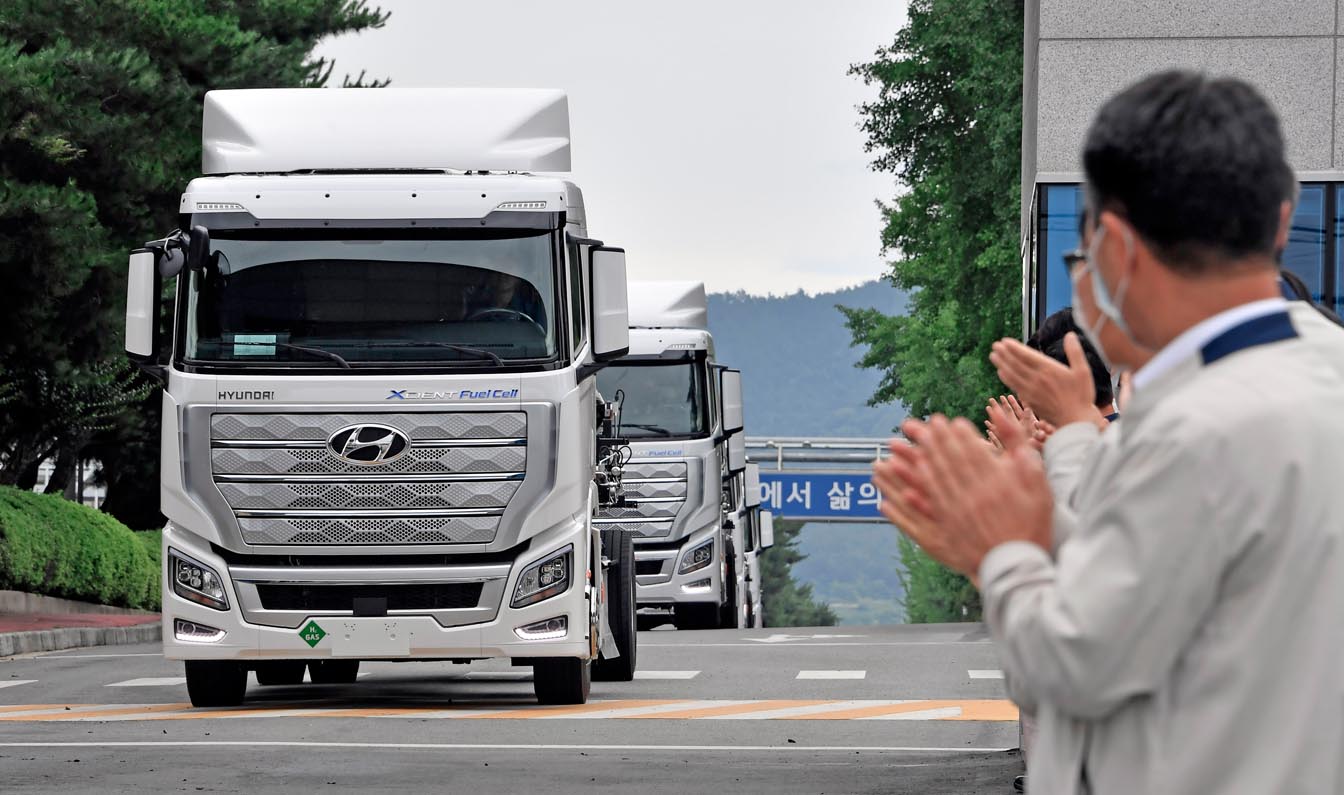 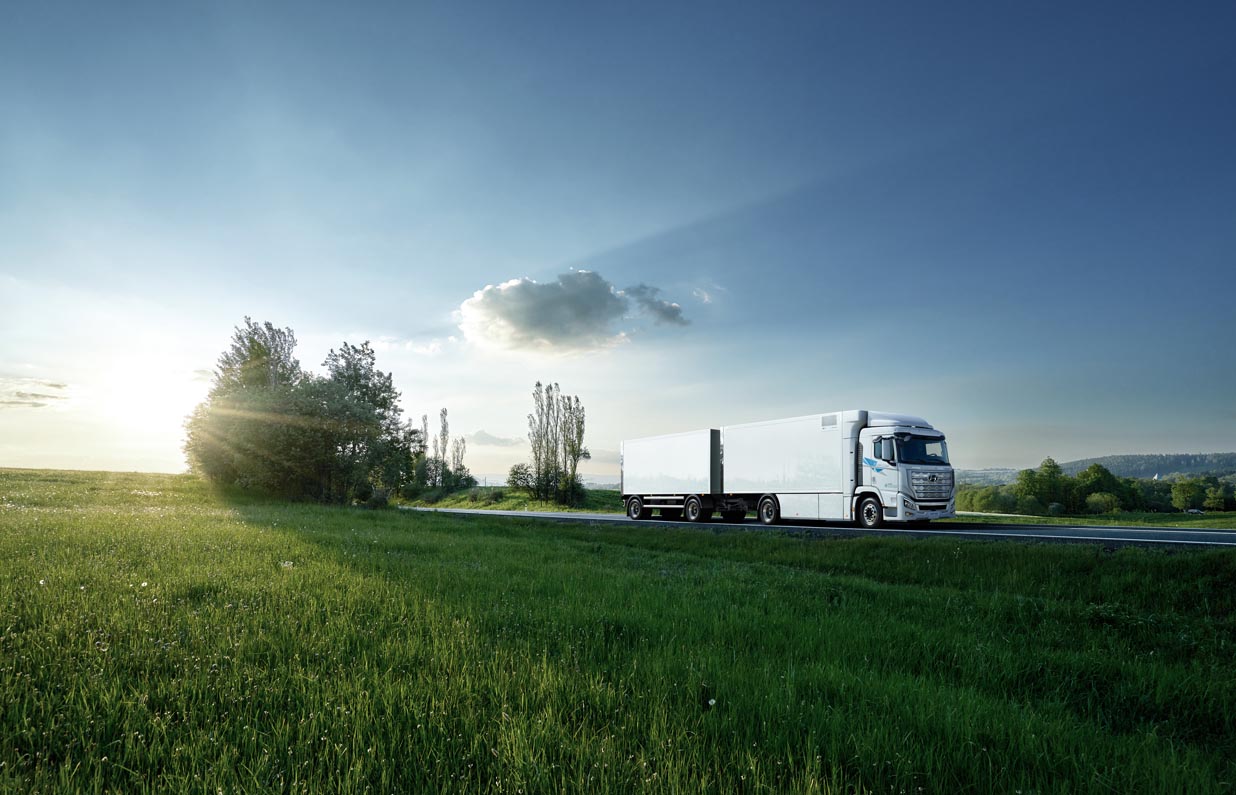 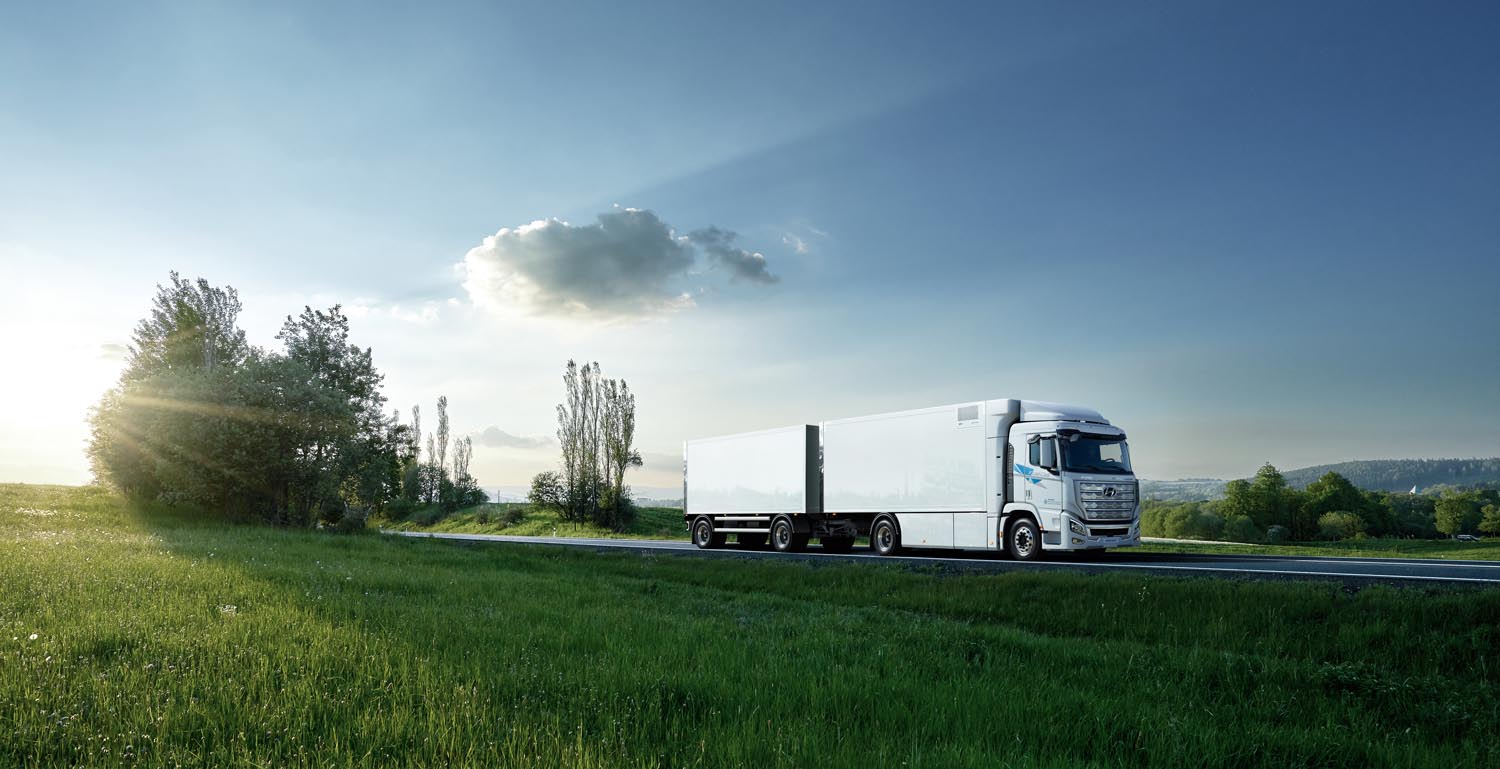 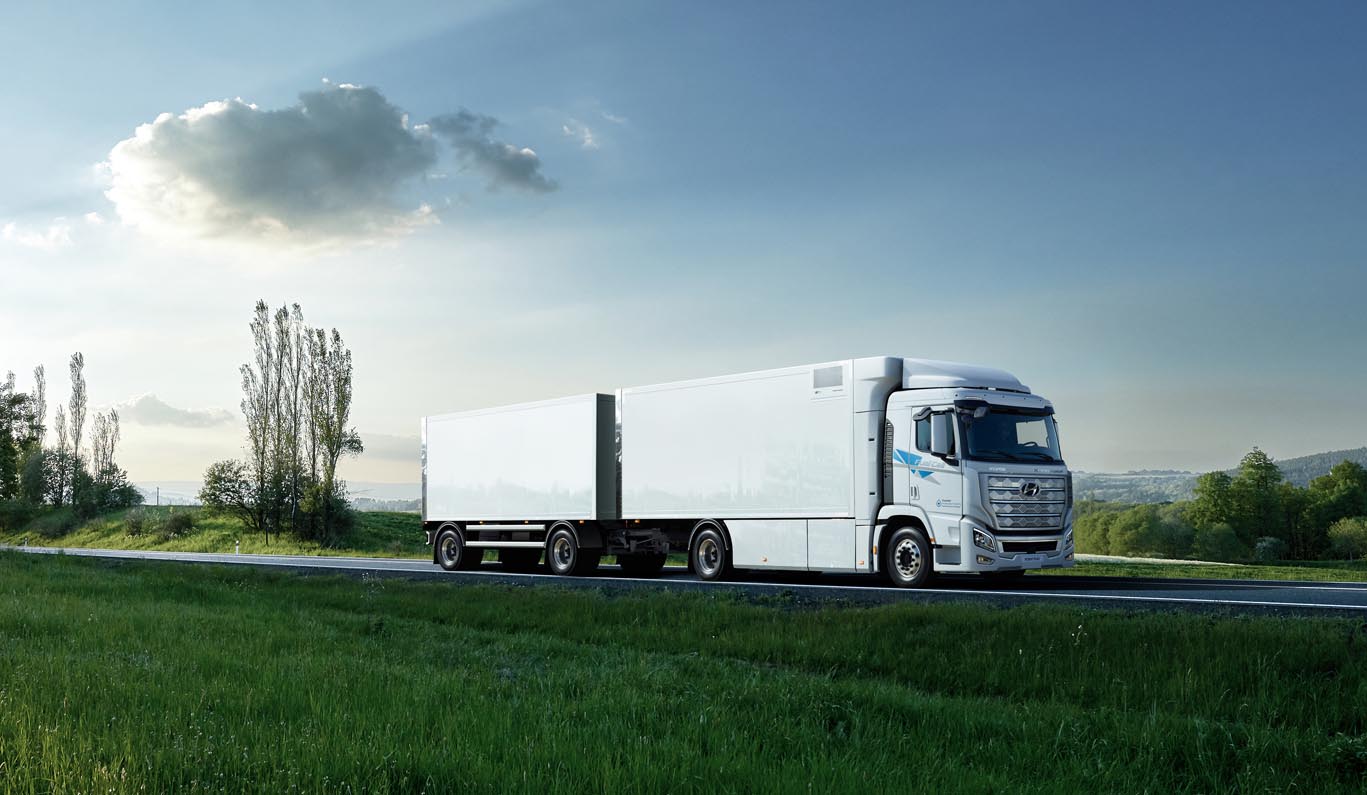 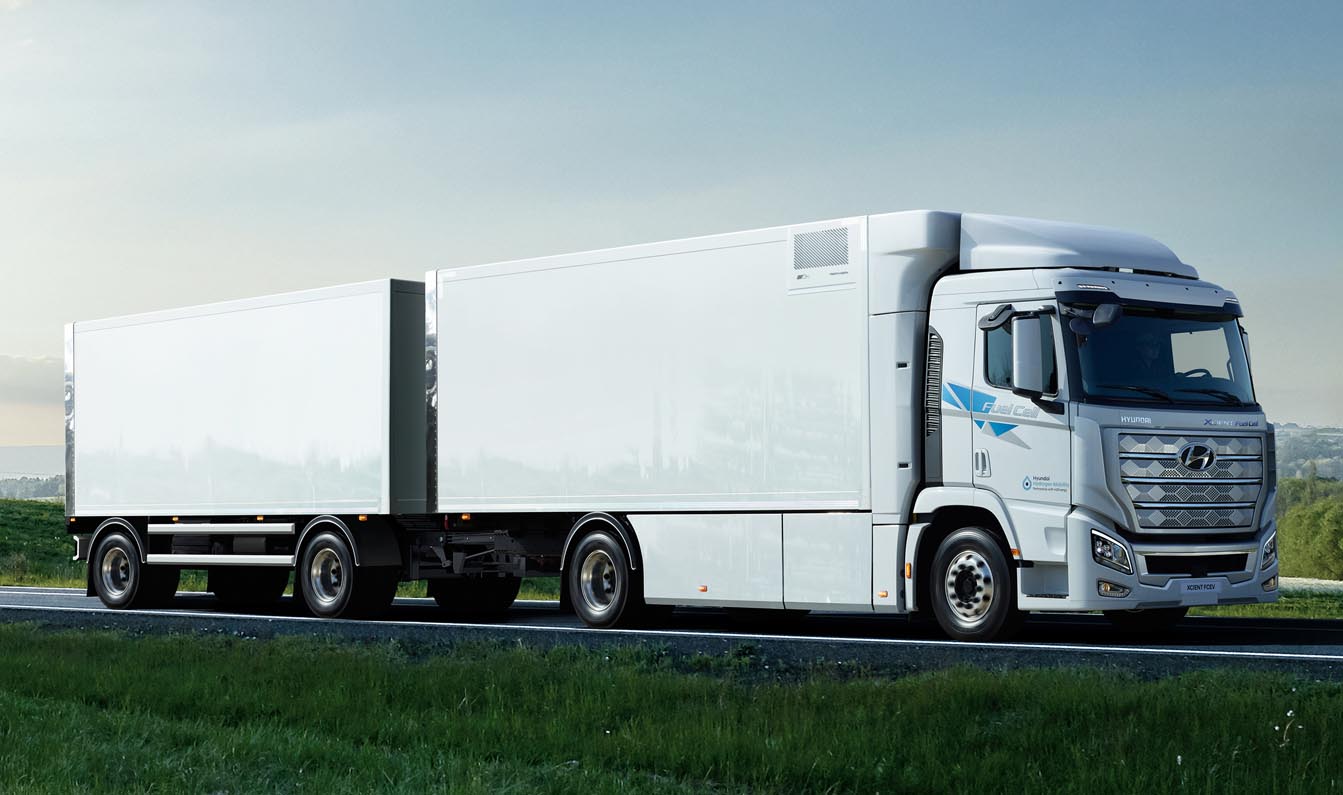 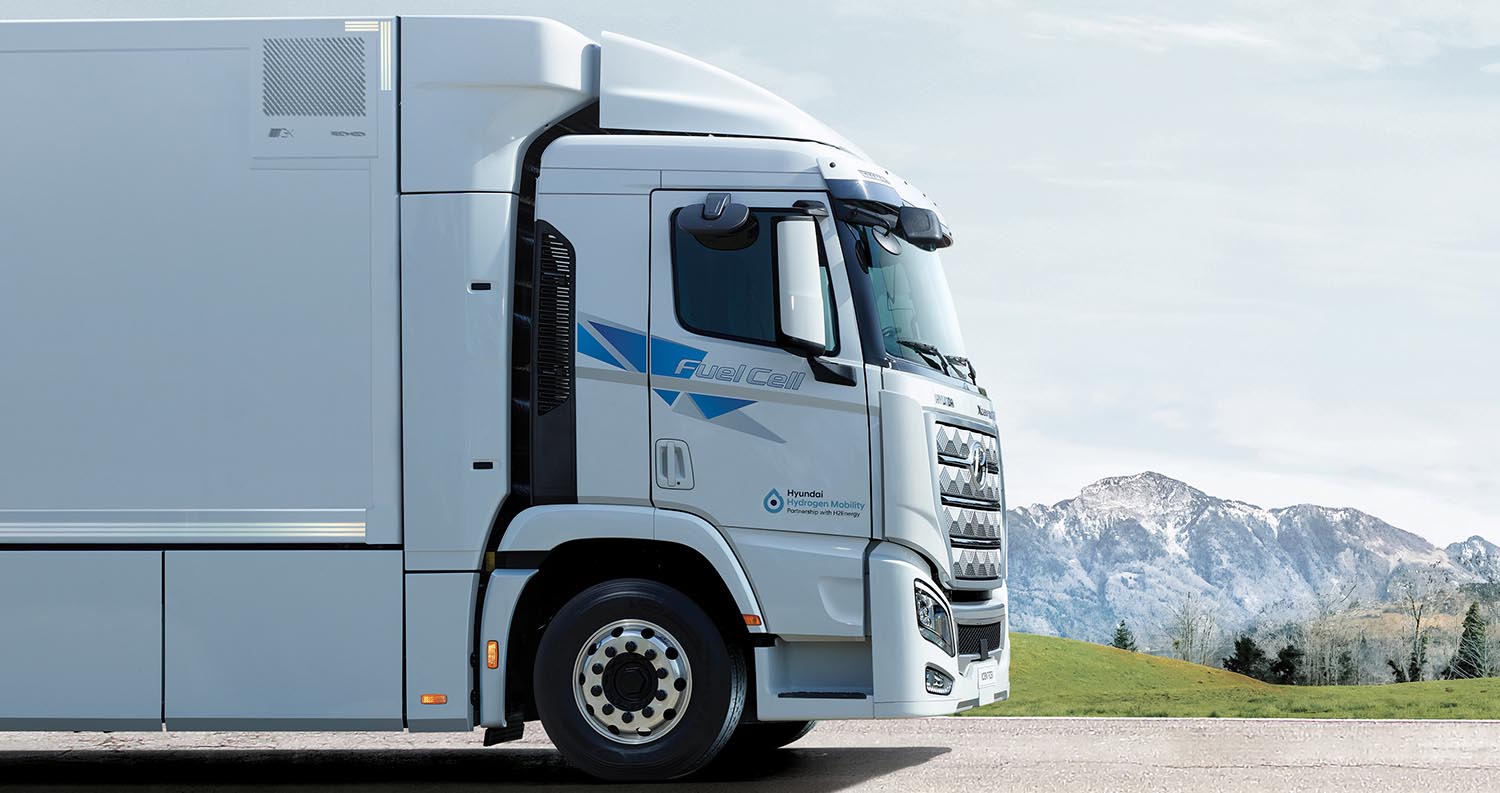 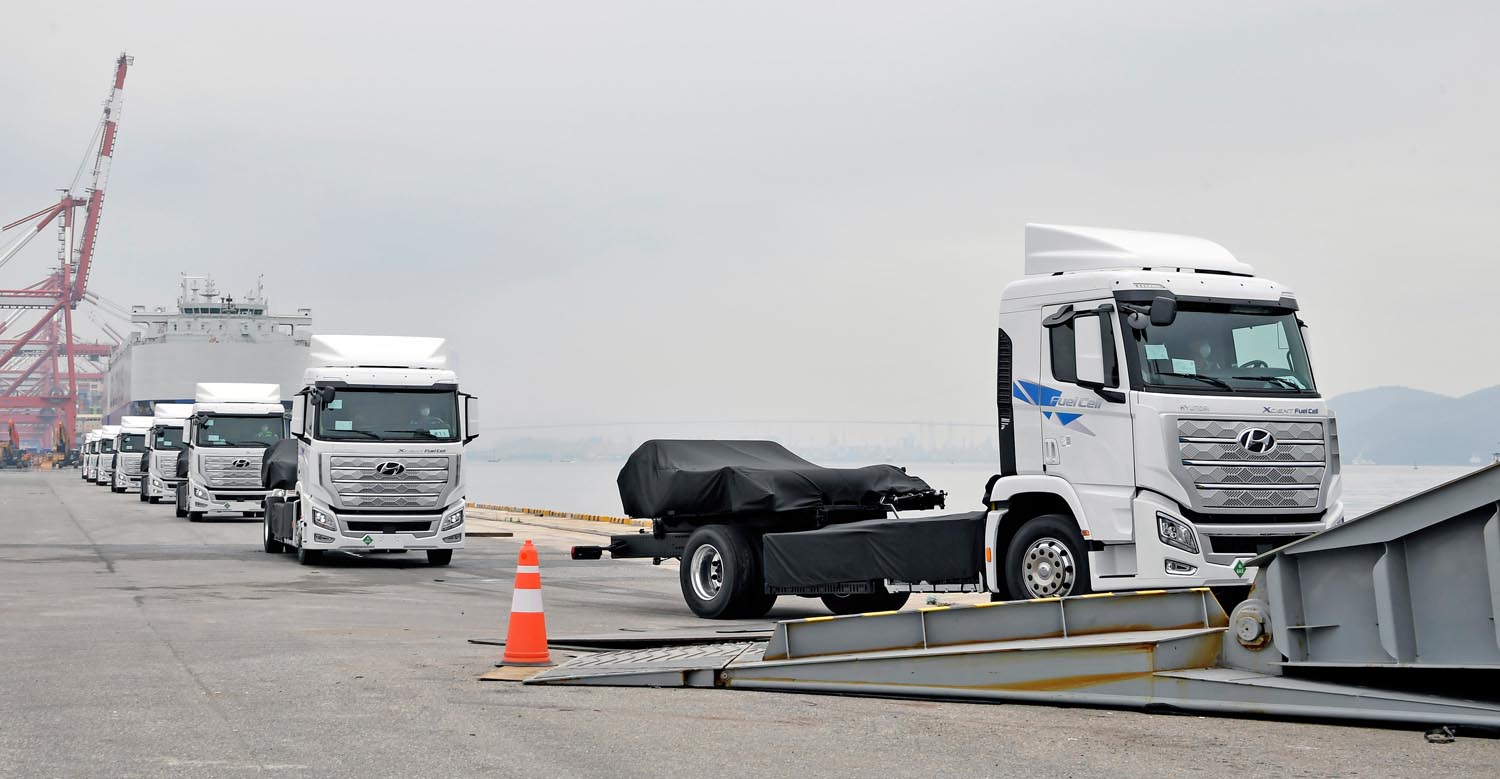 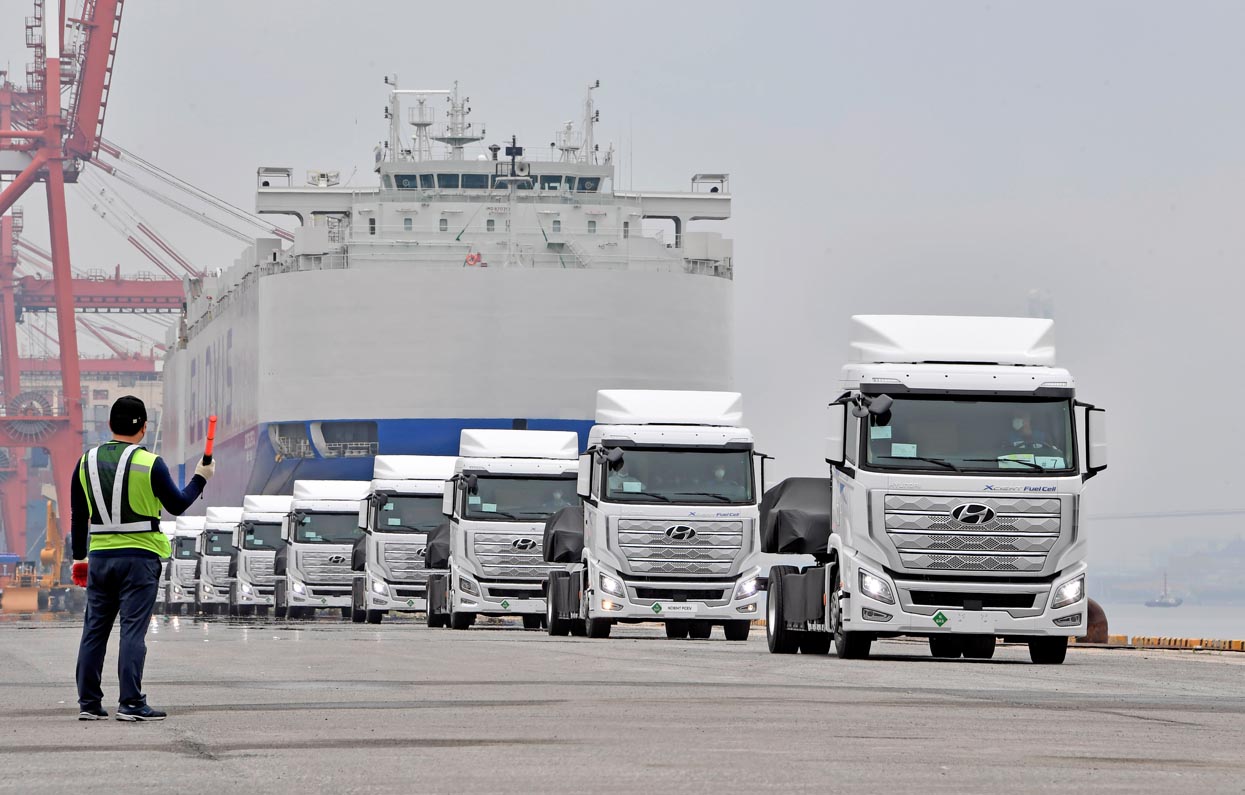