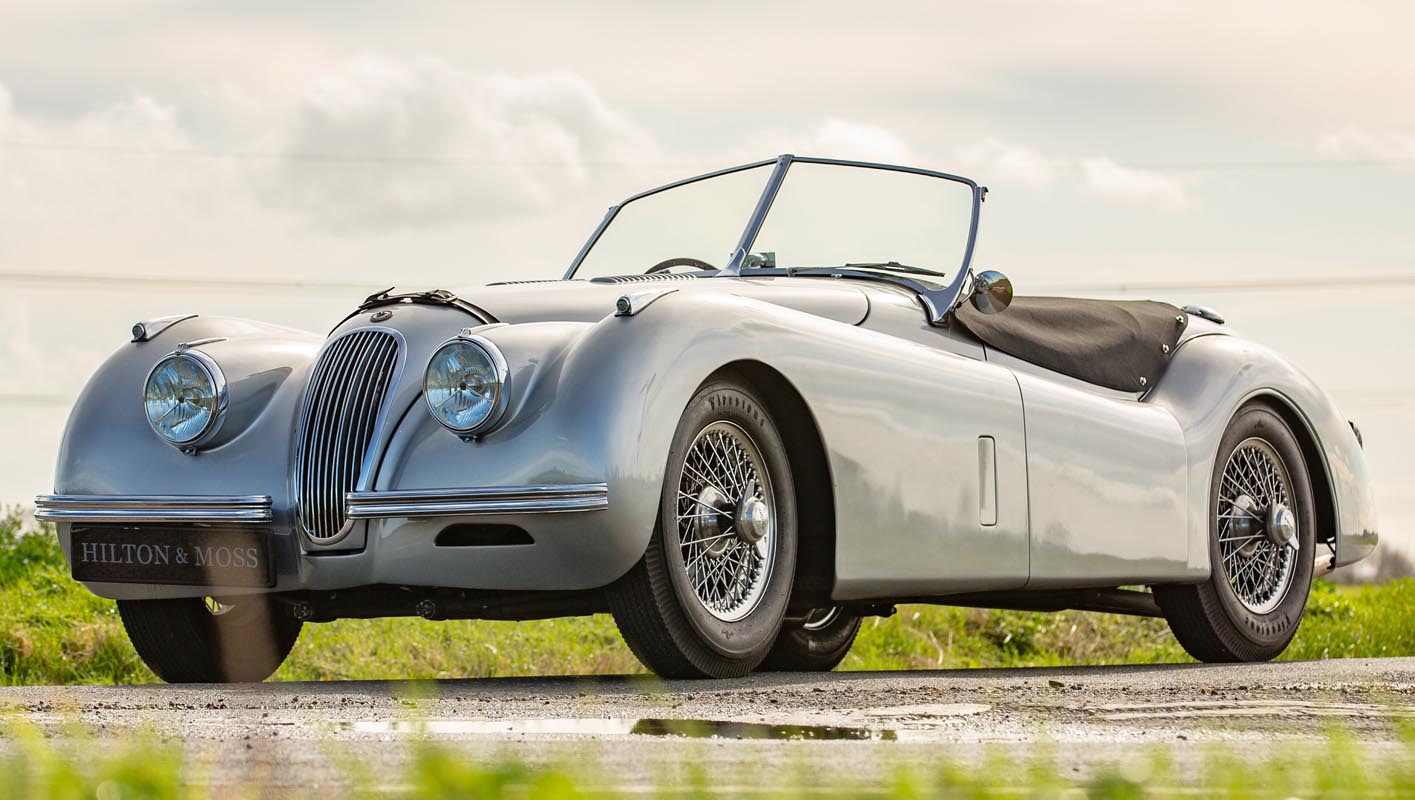 Leading specialists in the sales and servicing of classic and prestige vehicles, Hilton & Moss, offer a lucky Jaguar-lover the chance to wind back the clock and experience the roar of an iconic 1950s sportscar with a near-perfect 1953 Jaguar XK120.

A whisker under the ripe old age of 70, the big cat doesn’t look a day older than the brand new, 75,000 sq/ft Hilton & Moss facility that it has been prepared in, having been treated to a comprehensive restoration – after which the car has only travelled 335 miles under its own power.

Offering a transfixing glimpse into the glamour of the British sportscar’s heyday, the XK120 is a glowing testament to the revolutionary engineering that saw it claim the title of ‘fastest car in the world’ upon its global debut in 1948.

The beautiful sportscar may have been designed to tear up the roads to the tune of its soulful straight-six engine, but it didn’t take long to make an impact on the world of road-racing. Marking Jaguar’s first foray into the 24 Hours of Le Mans in 1950, the XK120 laid the groundwork for the XK120-C – otherwise known as the C-Type – to earn Jaguar’s first ever win at the prestigious motor race just a year later.

Imbued with the spirit of the biggest prize in motorsport, Hilton & Moss’ example of the XK120 was produced in the same year as another win for the XK120-C at Le Mans in 1953 – already boasting a historic legacy in just the sixth year of the model’s existence. 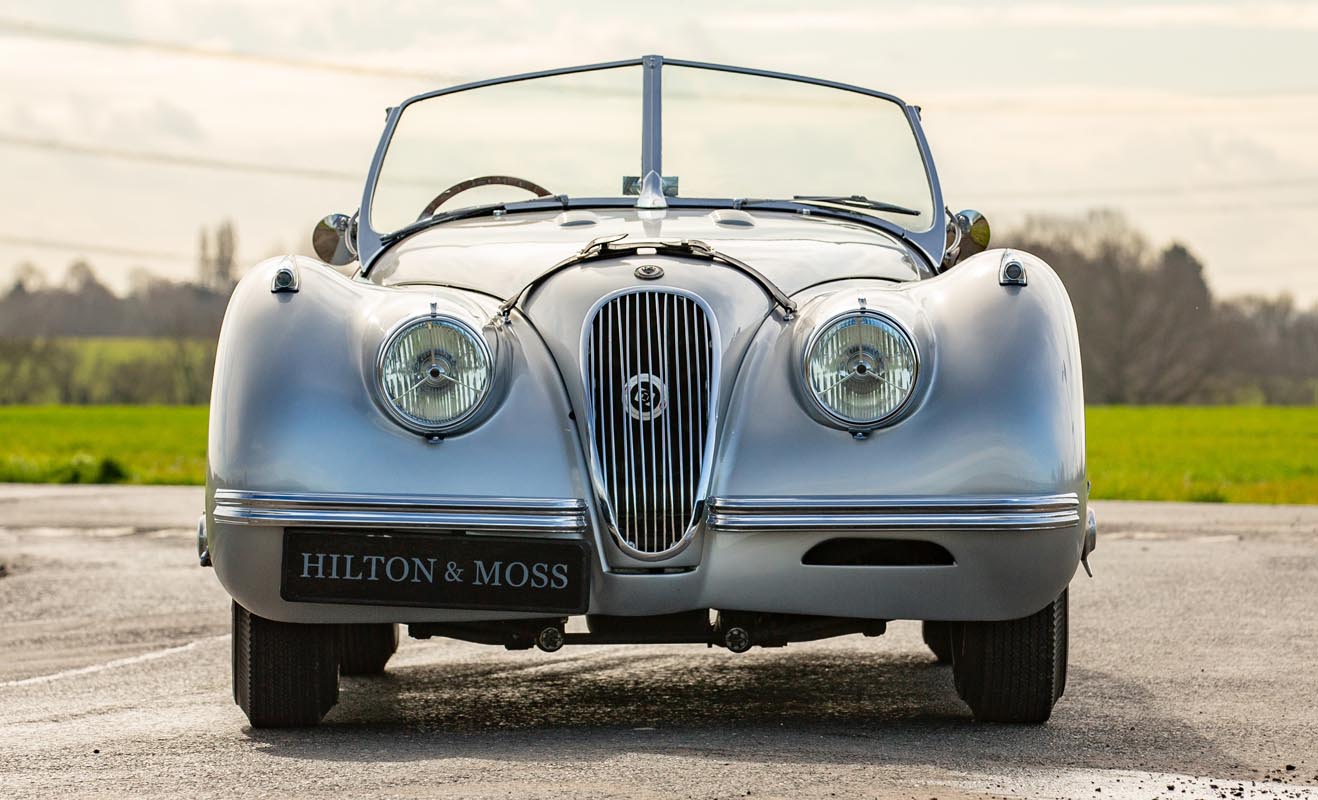 The XK120 began its life in the USA as a left-hand drive example finished in Pastel Blue, before making its way back home to the UK – where it was destined for a no-expenses-spared approach to preserving its lustre and race-winning dynamics.

Immaculately restored from tyre treads to windscreen, the vehicle was professionally converted to right-hand drive and treated to an extensive powertrain upgrade. The snarling 3.4-litre straight-six engine was bored out and modified to deliver engaging performance on the open road – power and pull delivered in every gear courtesy of a new five-speed transmission.

Drivers can also channel the confidence of the racers who tackled the infamous Le Mans circuit in years gone by with state-of-the-art disc brakes on all four corners of the car, making it a pure joy to drive whether on a laid-back grand tour or rip-roaring road rally.

The Hilton Group Founder, Peter Hilton, said: “At Hilton & Moss, we have the pleasure of offering some incredibly special vehicles for new owners to enjoy. However, bringing one of the most storied sportscars in history – a true forefather of modern motoring performance – to our sales showroom is a true honour. The Jaguar XK120 is where the British marque’s modern motorsport story truly began, and it redefined the performance and enjoyment that motor vehicles could offer on the road. We’re excited to see the reaction of a discerning Jaguar-lover looking for their perfect driving companion when they take it home!” 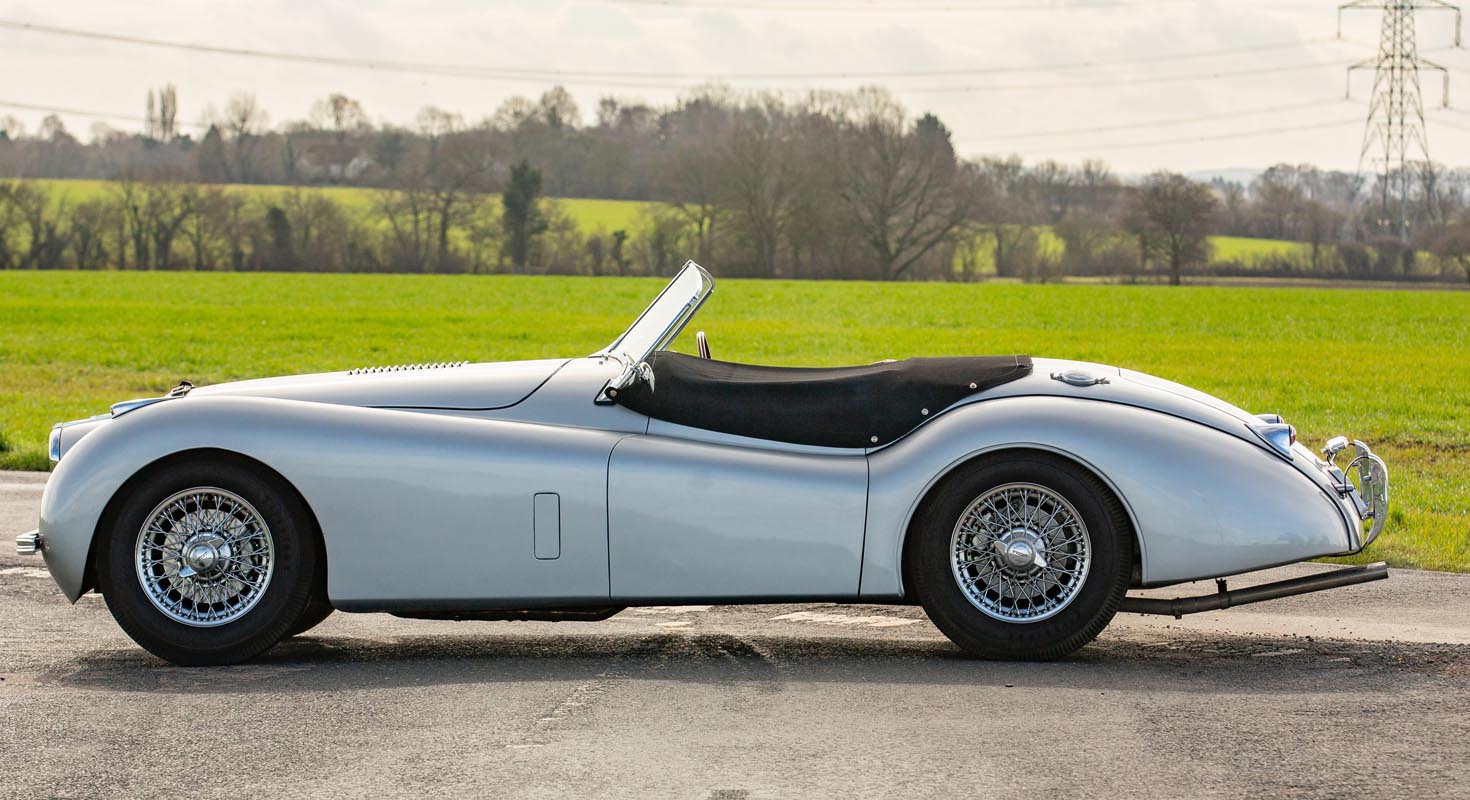 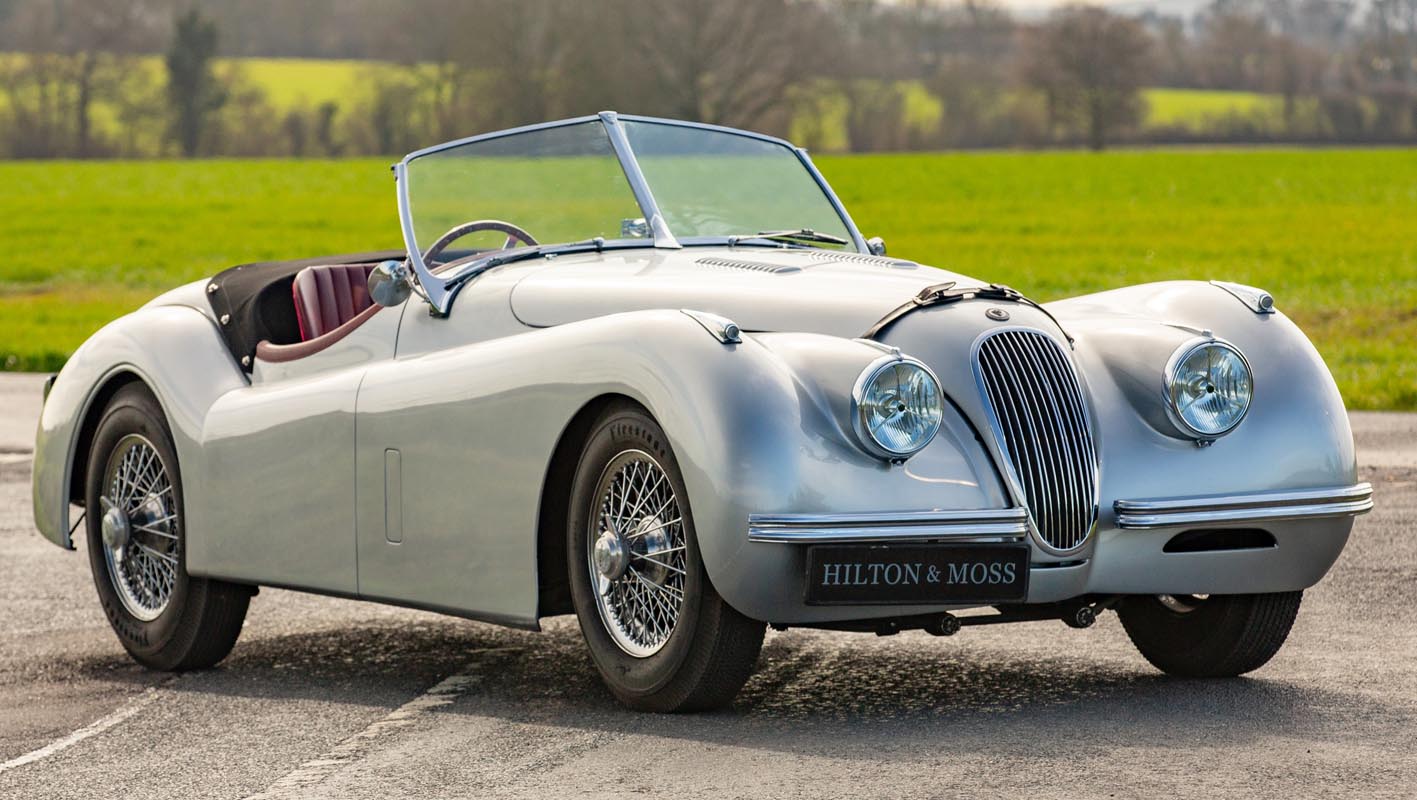 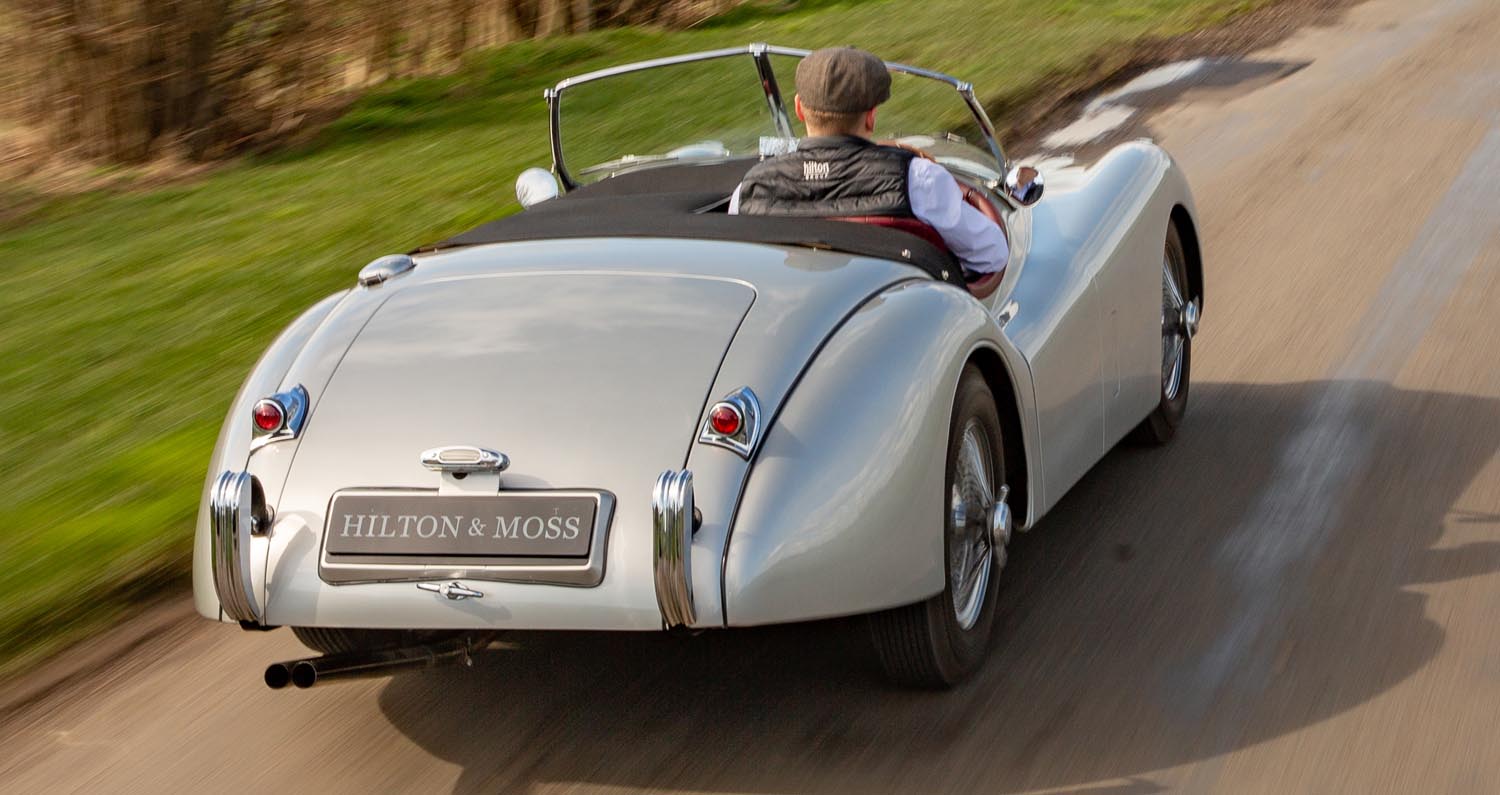 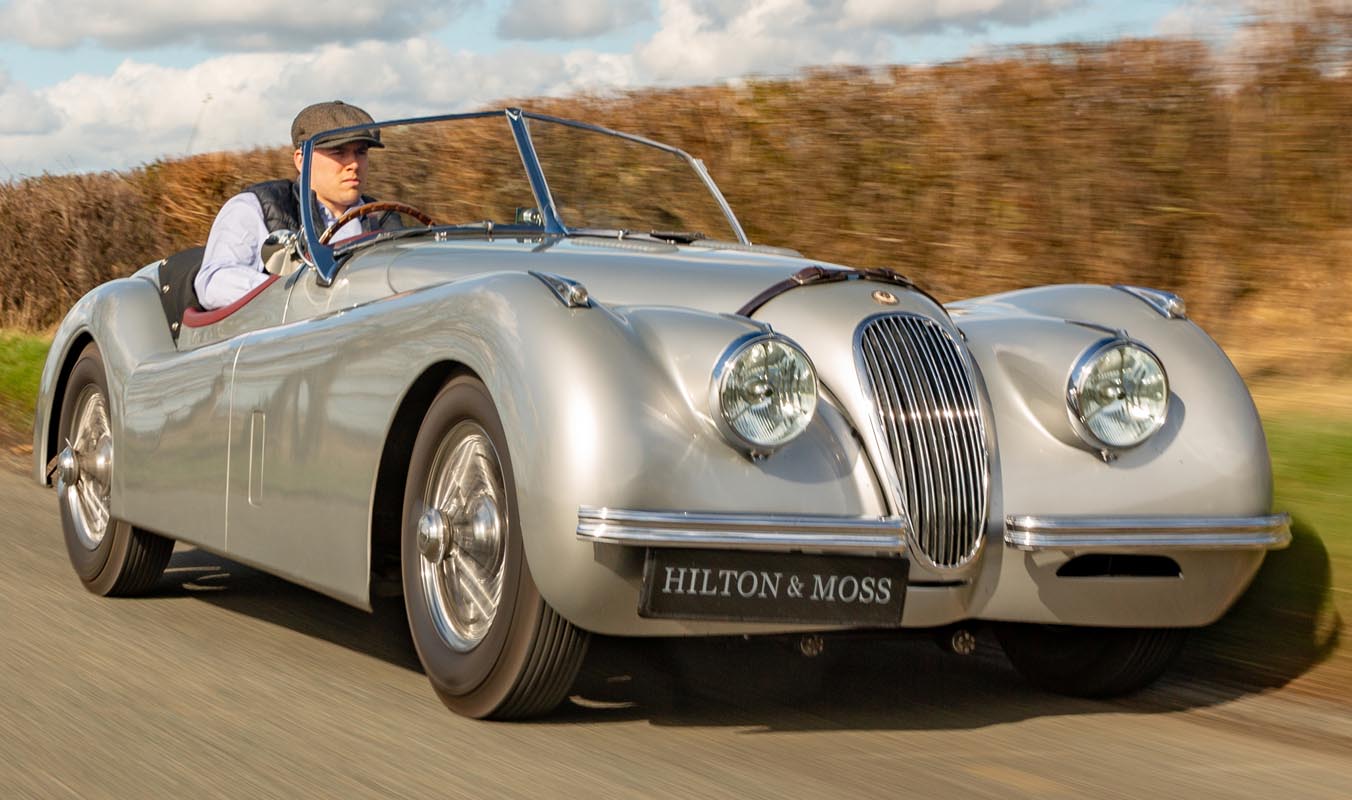 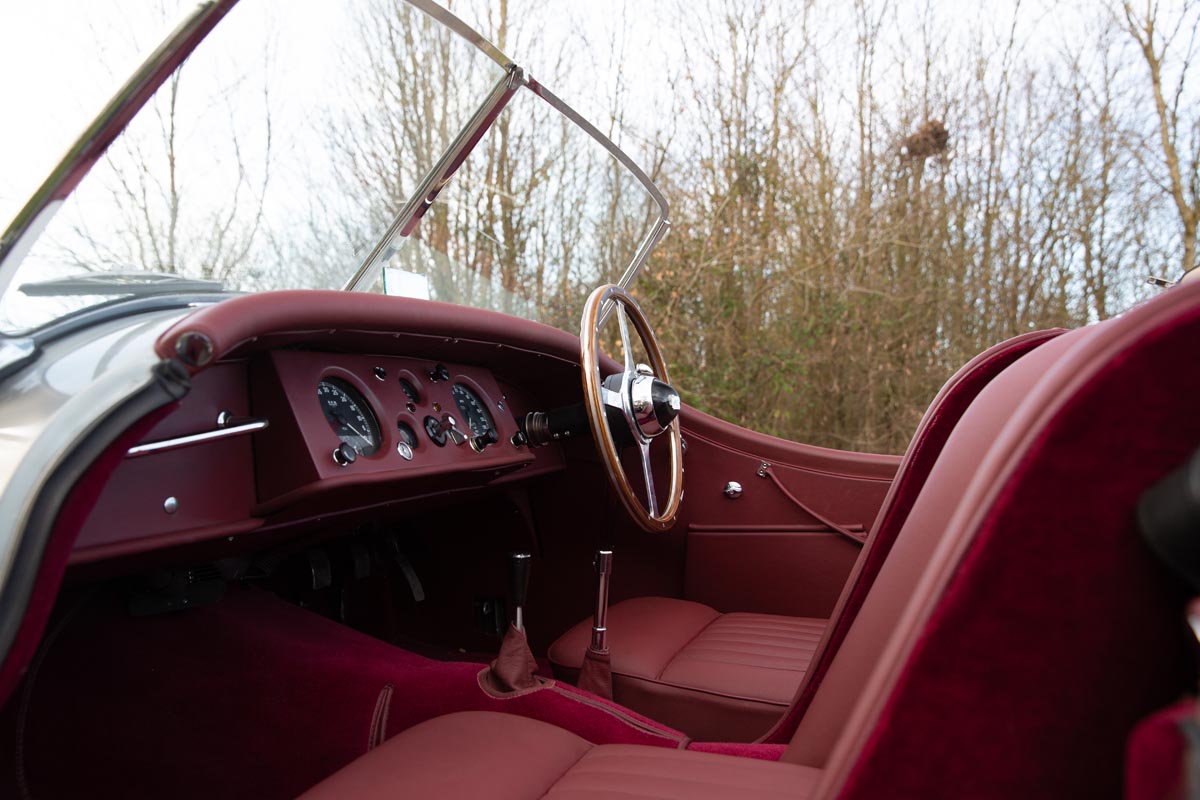 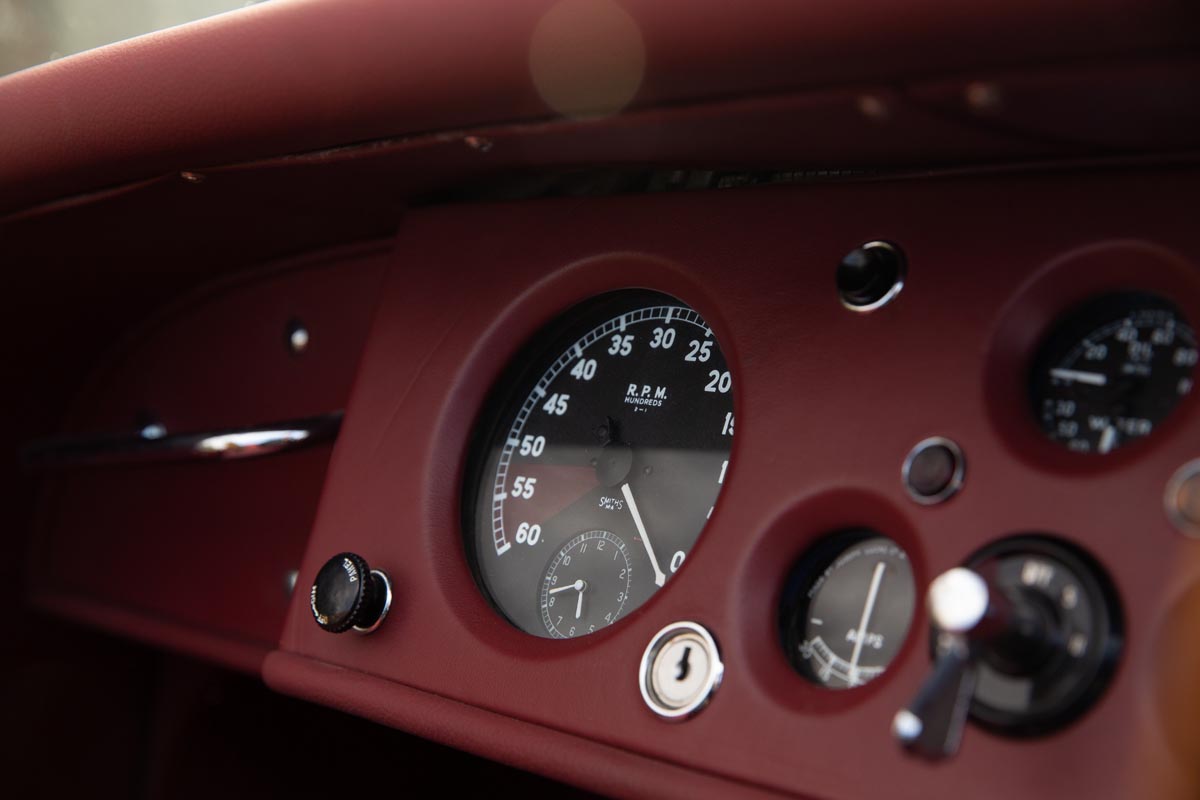 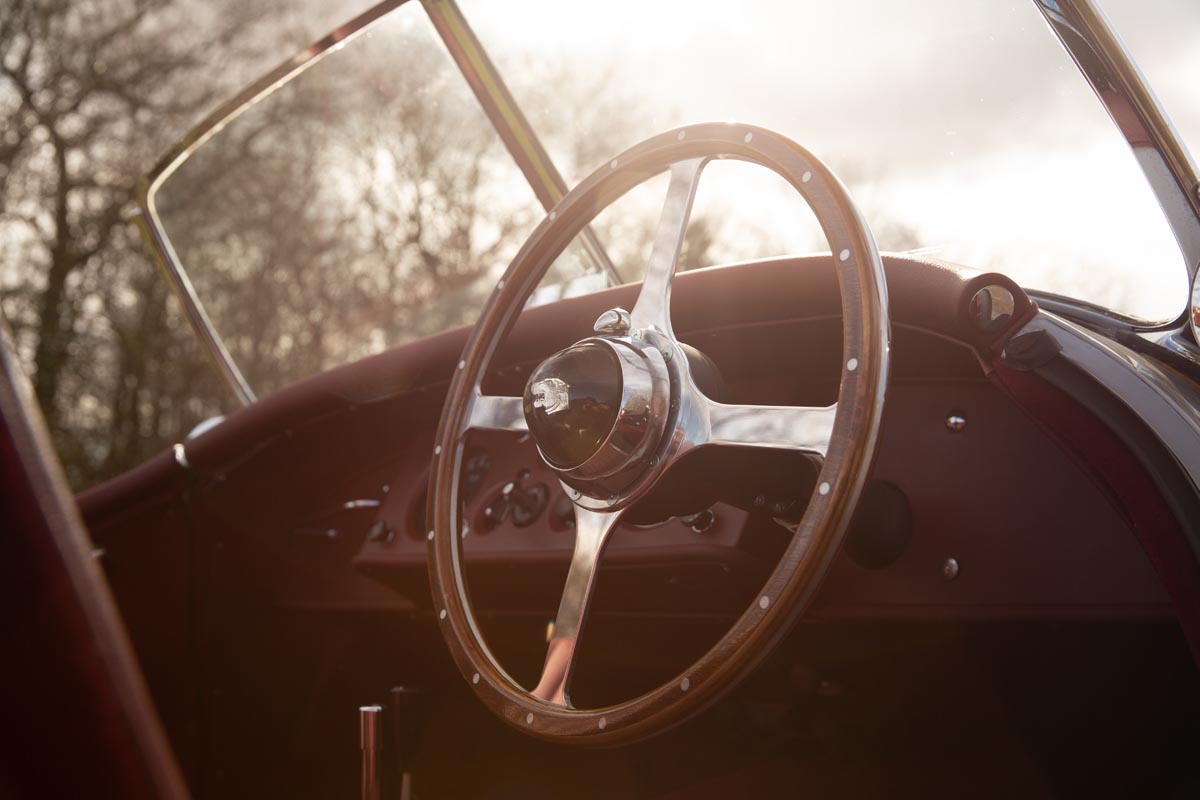 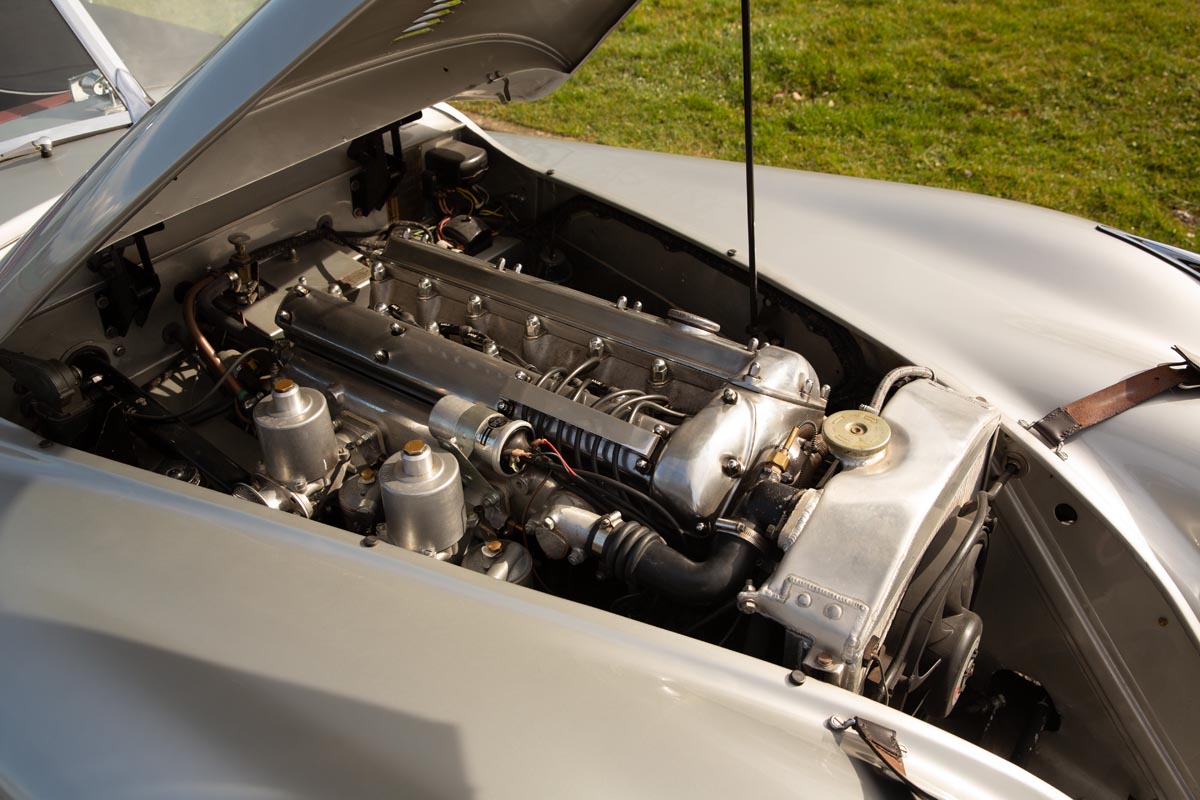 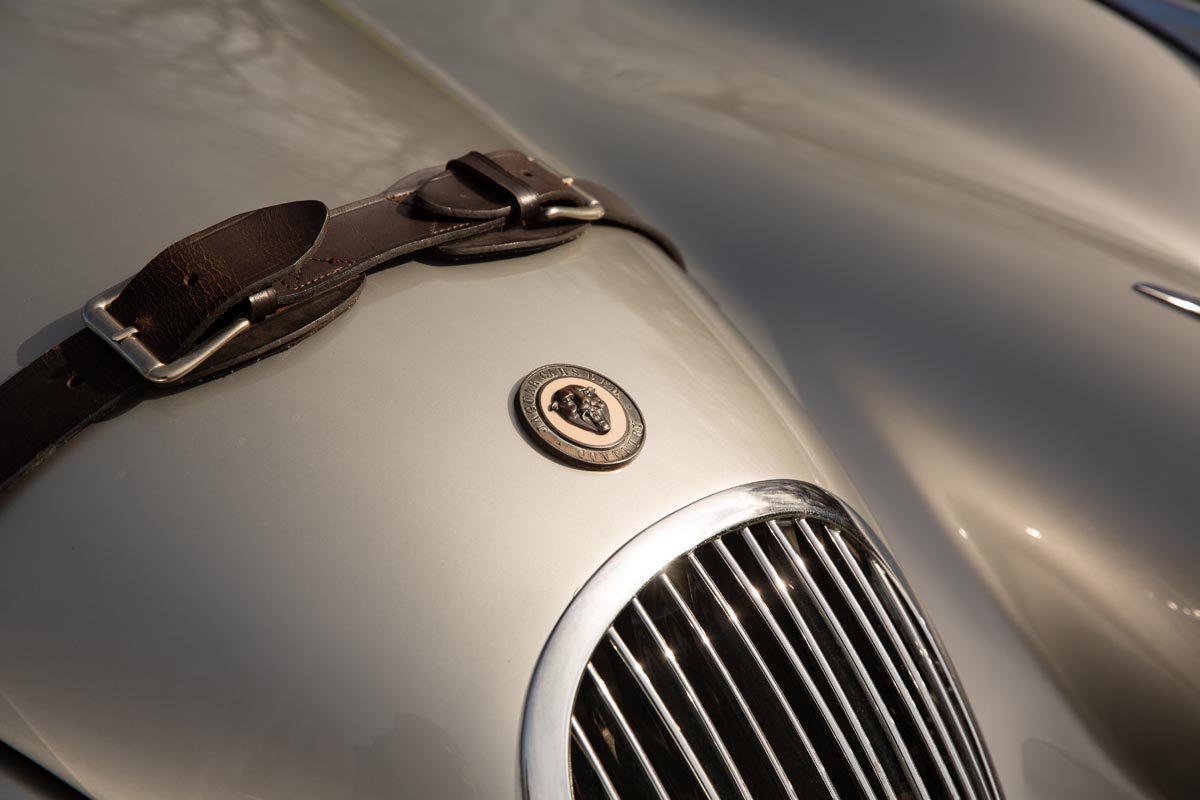