“The car that we are unveiling today is a concept car that embodies the essential elements that Genesis pursues in its designs. Please take a moment to meet the future of Genesis design through this concept car, which embodies our brand’s progressive and audacious spirit” said Jay Chang, Global Head of the Genesis Brand.

In particular, the new concept car is a high-performance GT that maximizes use of the Two Lines design element that Genesis is known for.

The Two Lines theme, which is applied throughout the interior and exterior, including electric charging devices, embodies the design language of future Genesis EV models.

The name ‘Genesis X’ is a combination of Genesis and the letter X, which symbolizes a “hidden hero.”

“The Genesis X Concept can be described as the ultimate vision of Athletic Elegance, the inherent design language of Genesis,” said SangYup Lee, Head of Genesis’ Global Design. “The signature Two Lines theme and sustainable luxury will be blueprints for the futuristic designs and state-of-the-art technologies that Genesis seeks to adopt in its future models.”

The front of the Genesis X features a low, yet broad silhouette thanks to the combination of the shield-shaped Crest Grille, which represents the brand’s inherent dignity and pride, and the two-lined headlamps, which cut through the wheel arch. The double-layered bumpers also create a strong impression.

Moreover, a three-dimensional G-Matrix pattern was applied to the sharp and intricate metal structure of the Crest Grille, the symbol of Genesis, to accentuate the imagery of a futuristic electric car. The internal pattern of the grille has been painted in the same color as the exterior in order to create a sense of unity.

Furthermore, the Genesis X presents a simple, yet sophisticated image by integrating the hood and the fender to create a single panel-based Clamshell hood, resulting in one clean, sensual and uninterrupted surface.

The bottom front air vent intake features a thin and sophisticated mesh form that not only creates a sturdy impression, but also helps cool down the vehicle, facilitates airflow, reduces air resistance, and helps extend mileage.

The side follows the traditional GT model design with a long hood and a short rear, and the two-lined lamps leading to the headlamps and taillights are impressive. In addition, the arching Parabolic Line that runs along the side, and the fender’s maximized volume, create a dynamic and elegant impression.

The Two Lines’ design in the Digital Side Mirrors and the side window molding accentuate the sophisticated aspects of Genesis design. 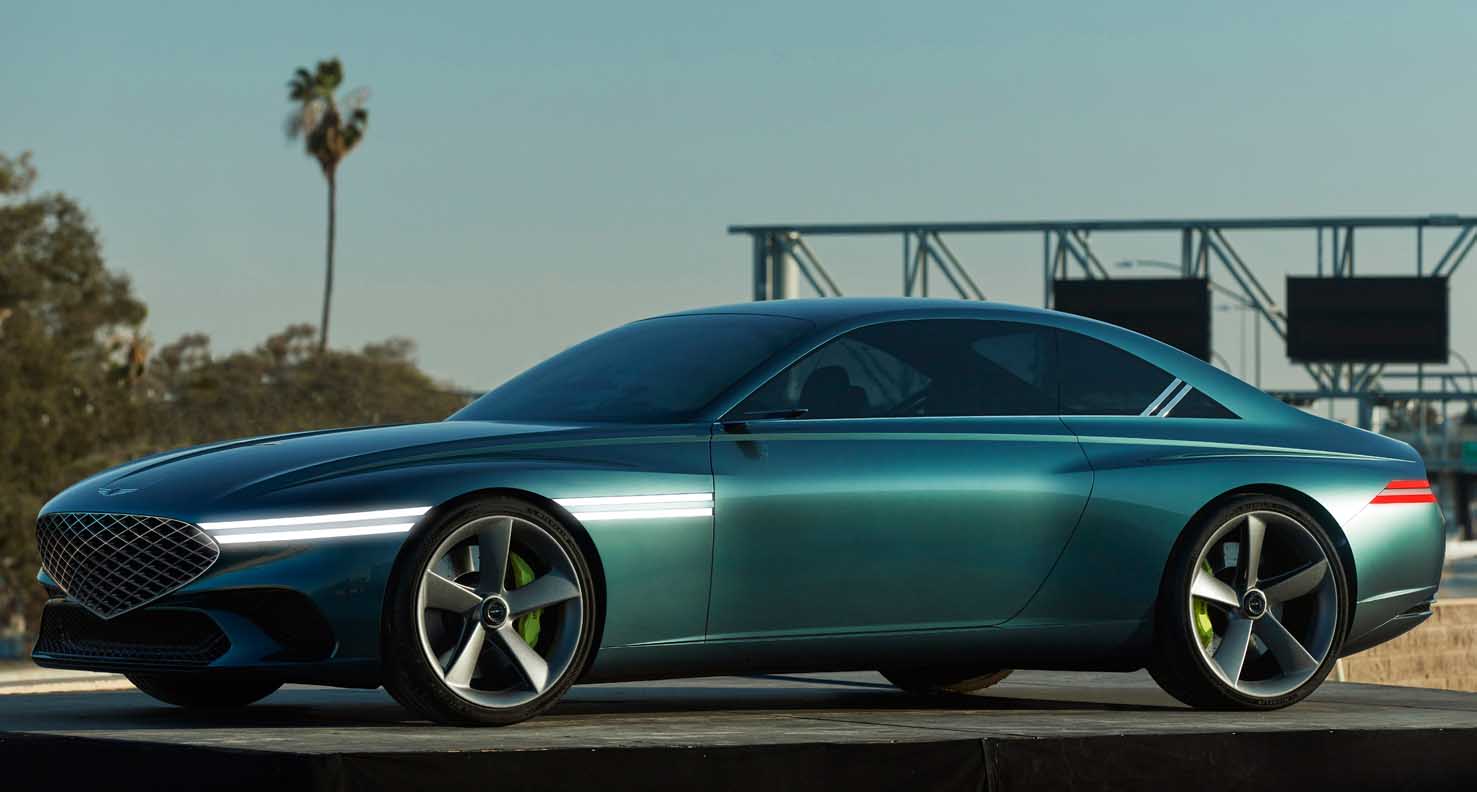 Furthermore, while the slick, slide-to-open charging door, which features no parting lines, creates a progressive and high-tech image, the Two Lines design element is emphasized through the two-lined lights around the charging port.

The rear design, incorporating the shape of a horseshoe, exudes a simple and sleek image, while the voluminous fender creates a sophisticated, yet strong impression.

In addition, the taillights, which feature a two-lined design like the headlamps, evoke a sense of unity with the front, and create a sophisticated and sensual image with diffusers that accentuate the Two Lines aesthetic.

The Genesis X Concept’s Lençóis Blue color was developed to express the level of sustainable luxury that Genesis pursues. It is inspired by the lagoons of Maranhenses National Park in Brazil, where a lake forms only during the rainy season.

Inspired by the Beauty of White Space, the Genesis X Concept’s interior features a driver-oriented design with a cockpit that surrounds the driver with all operating systems and displays.

The Genesis X Concept also features a dashboard that creates the sense that it is enveloping passengers and is connected to a floating center console.

Furthermore, the application of the Two Lines design element to the slim and indirect air vents that surround passengers, as well as the side window molding, emphasizes the model’s Two Lines concept while providing a sense of unity with the exterior design.

In addition, the Free-Form display, which manages various functions such as clusters, navigation and HVAC (heating, ventilation, and air conditioning) systems, and the Crystal Sphere Electronic Shift Lever, which integrates driving mode settings, add a high-tech atmosphere to the interior.

The Genesis X Concept features bucket seats and four-point seat belts, which are optimized for driving, and its exposed metal seat frames create an athletic impression.

The use of upcycled materials adds unique character to the Genesis X’s interior. A weave-patterned fabric made out of leftover pieces of leather from previous manufacturing processes was used for the safety belts, parts of the steering wheel, and the airbag cover, highlighting the concept car’s eco-friendliness. 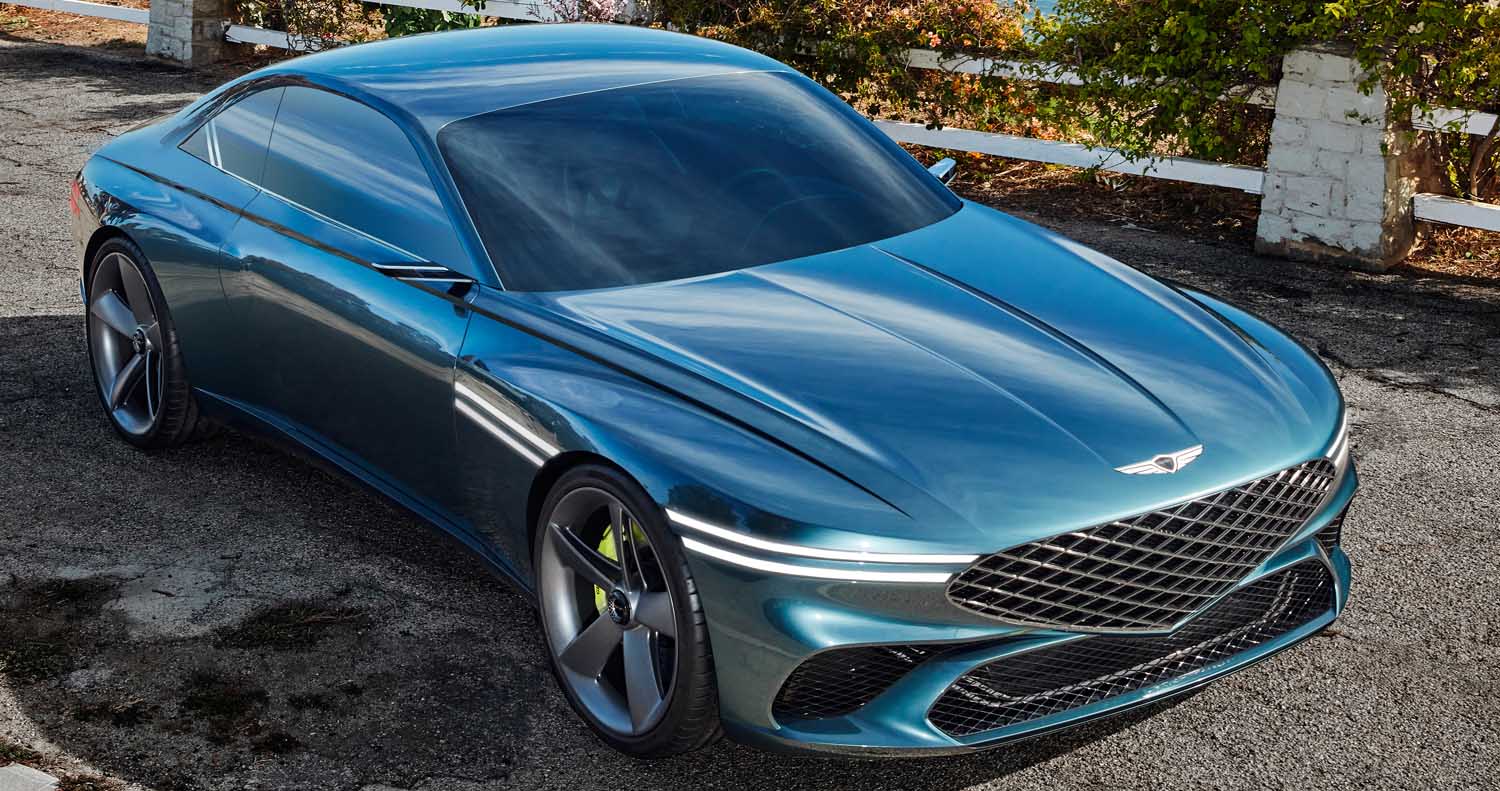 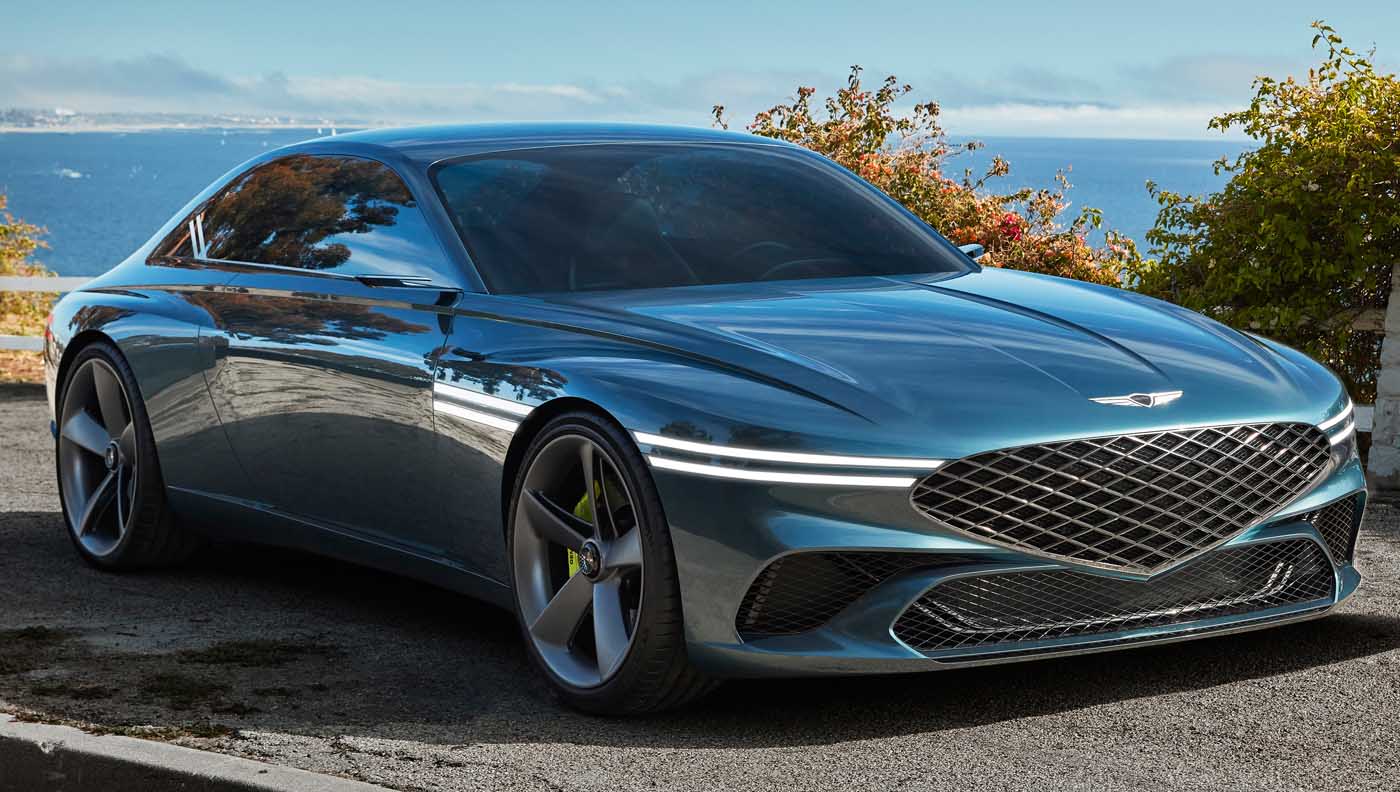 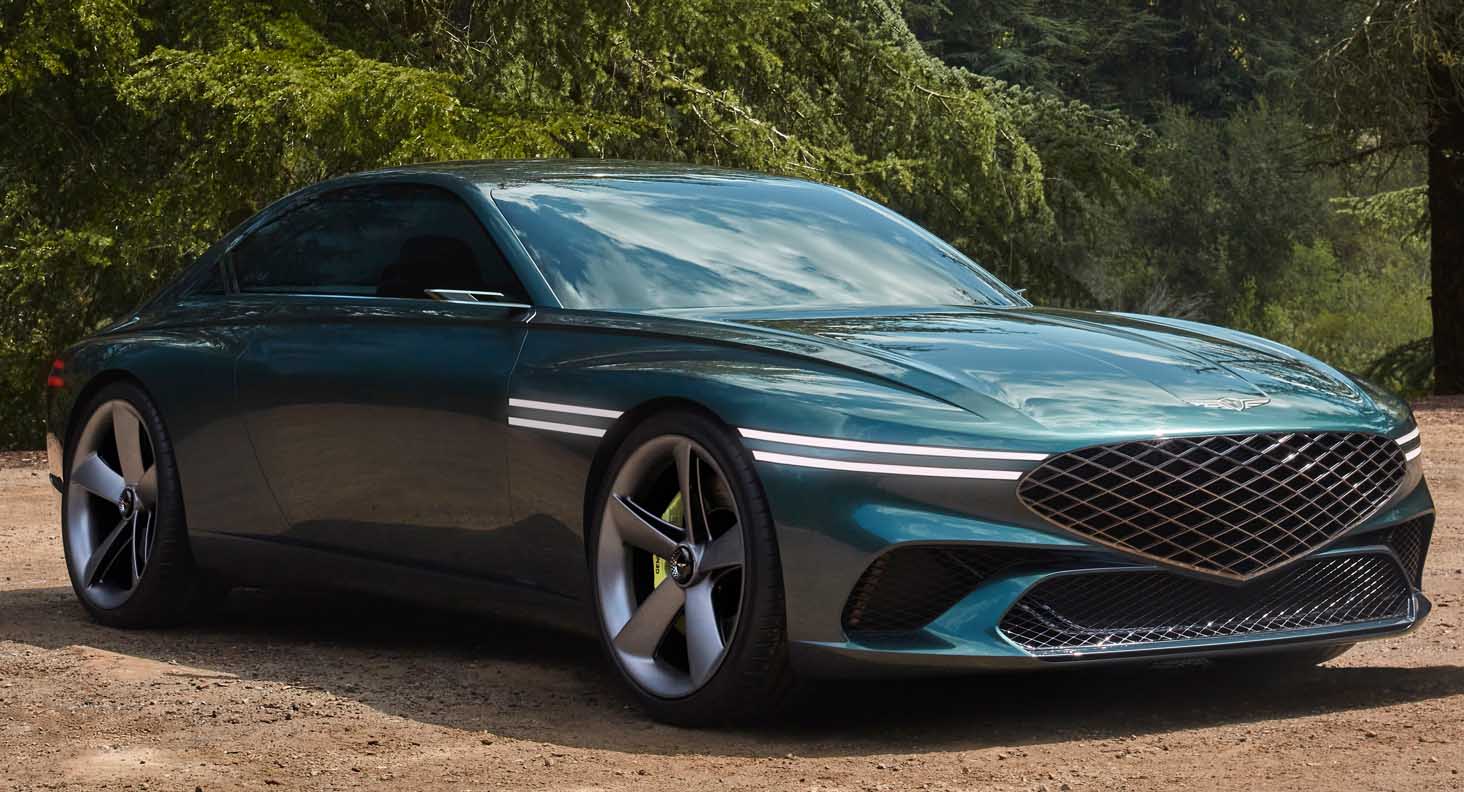 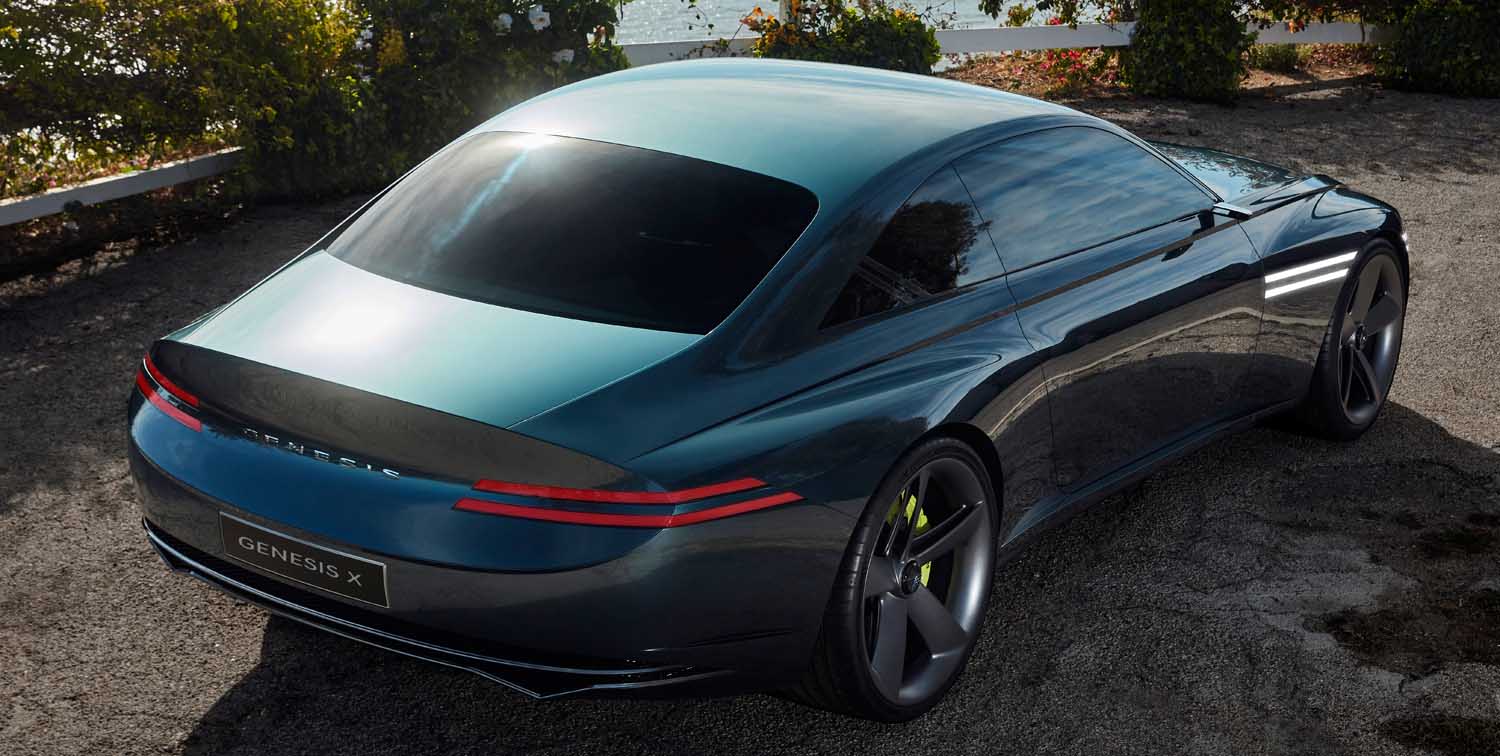 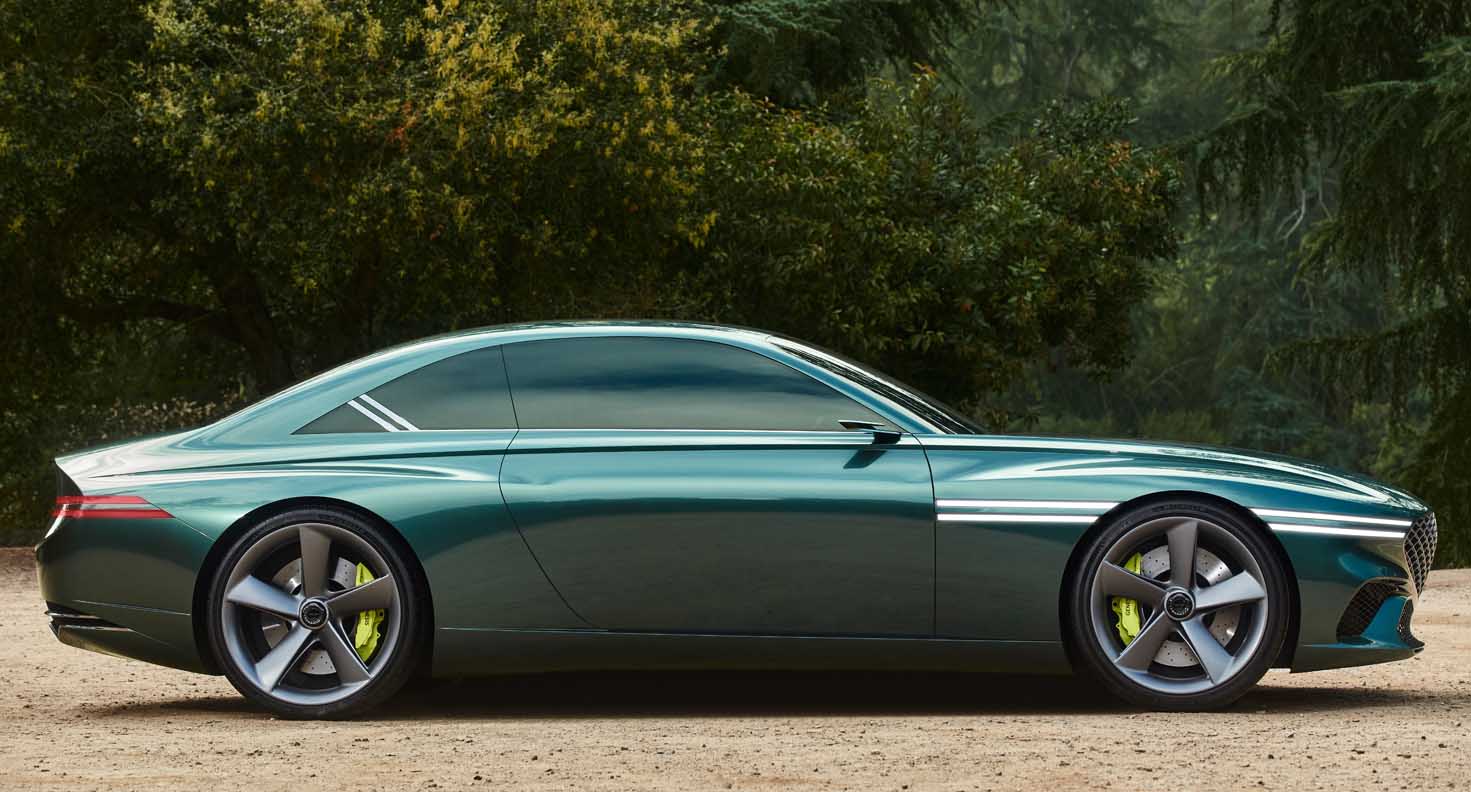 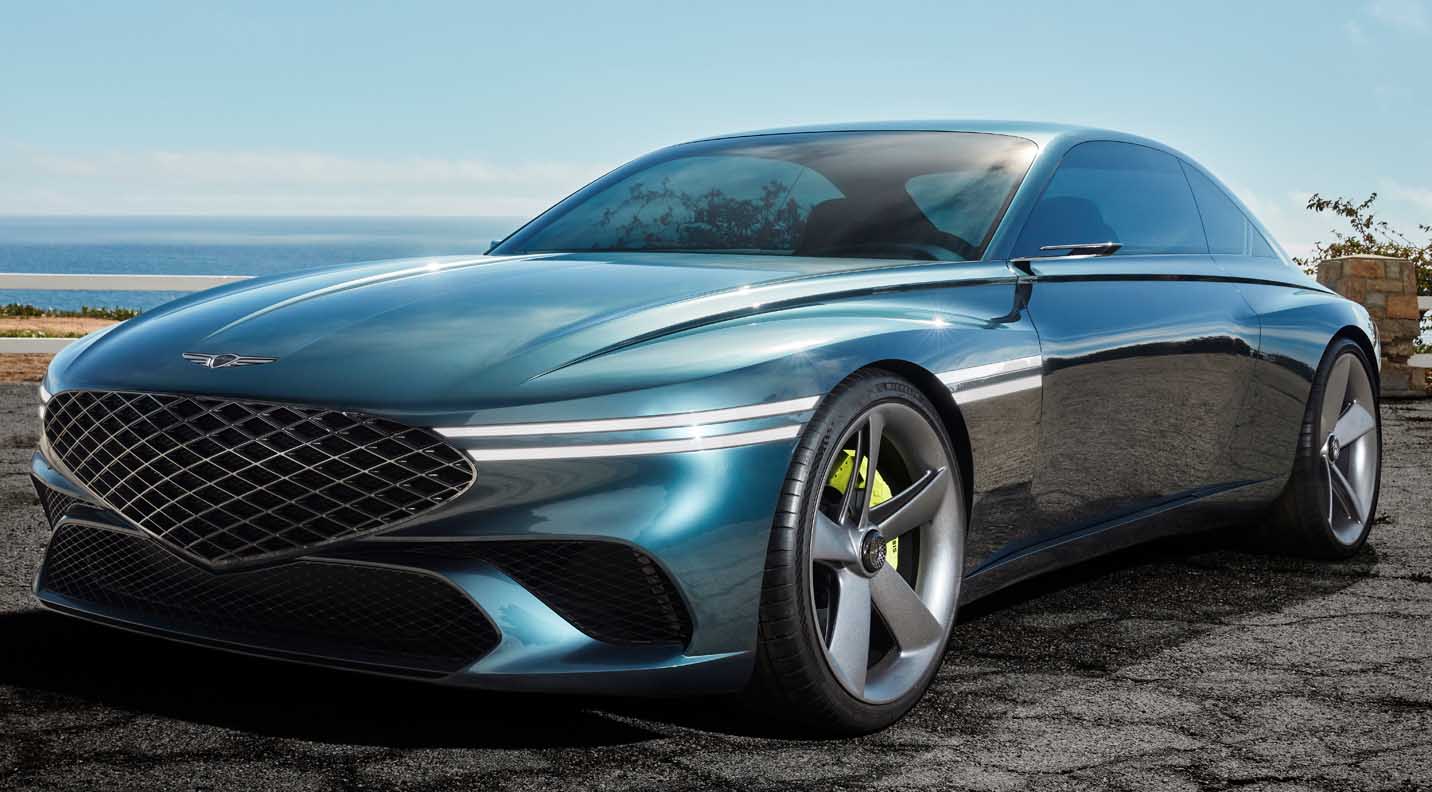 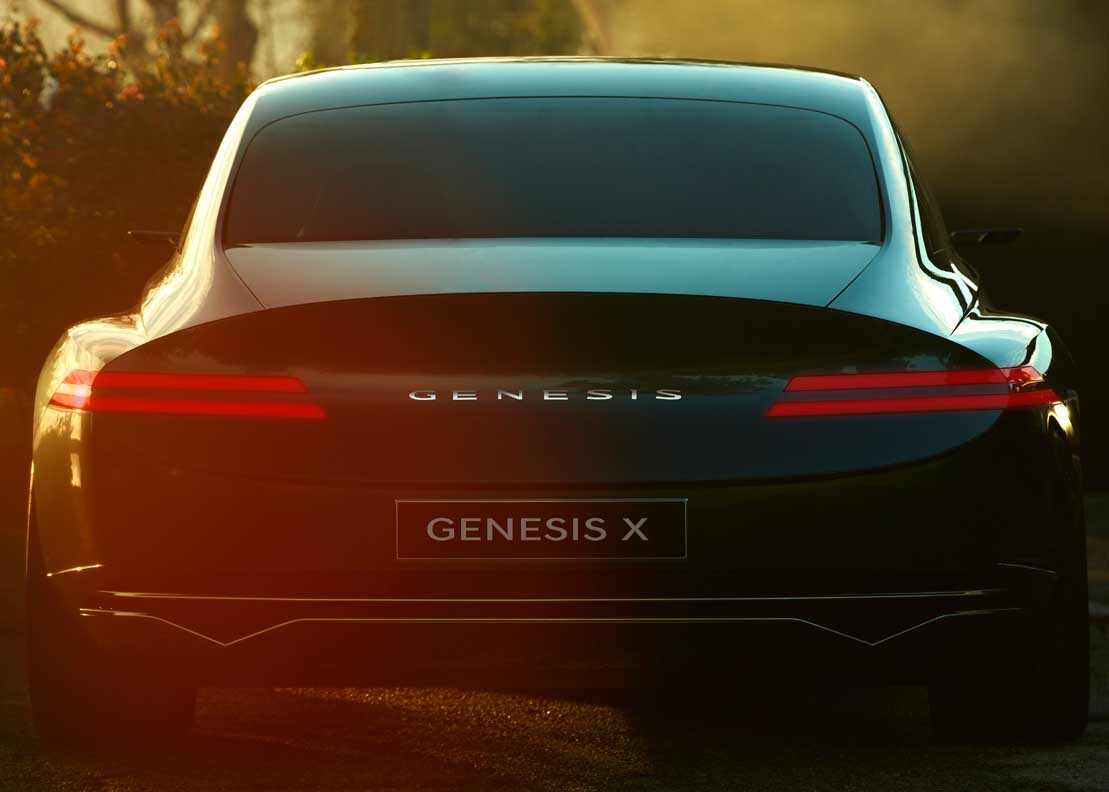 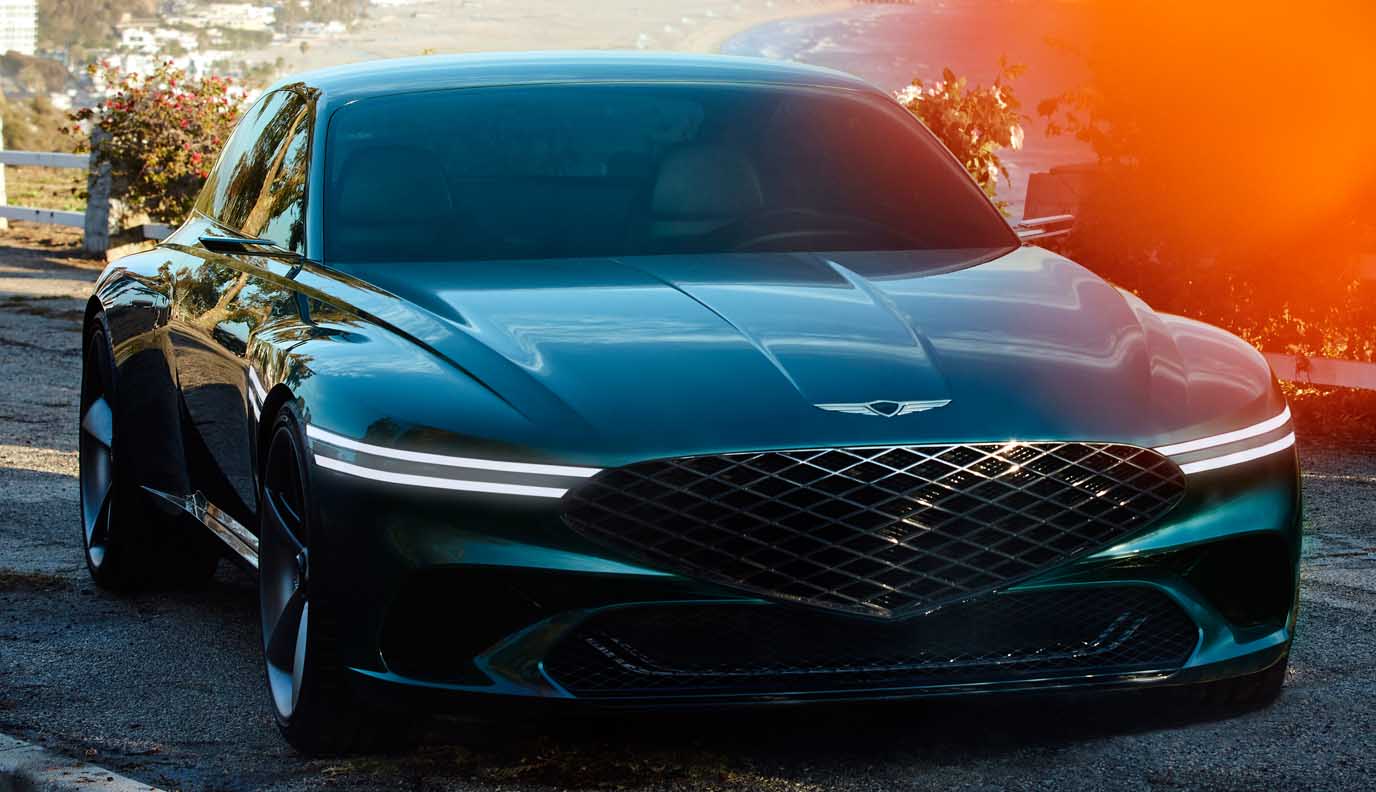 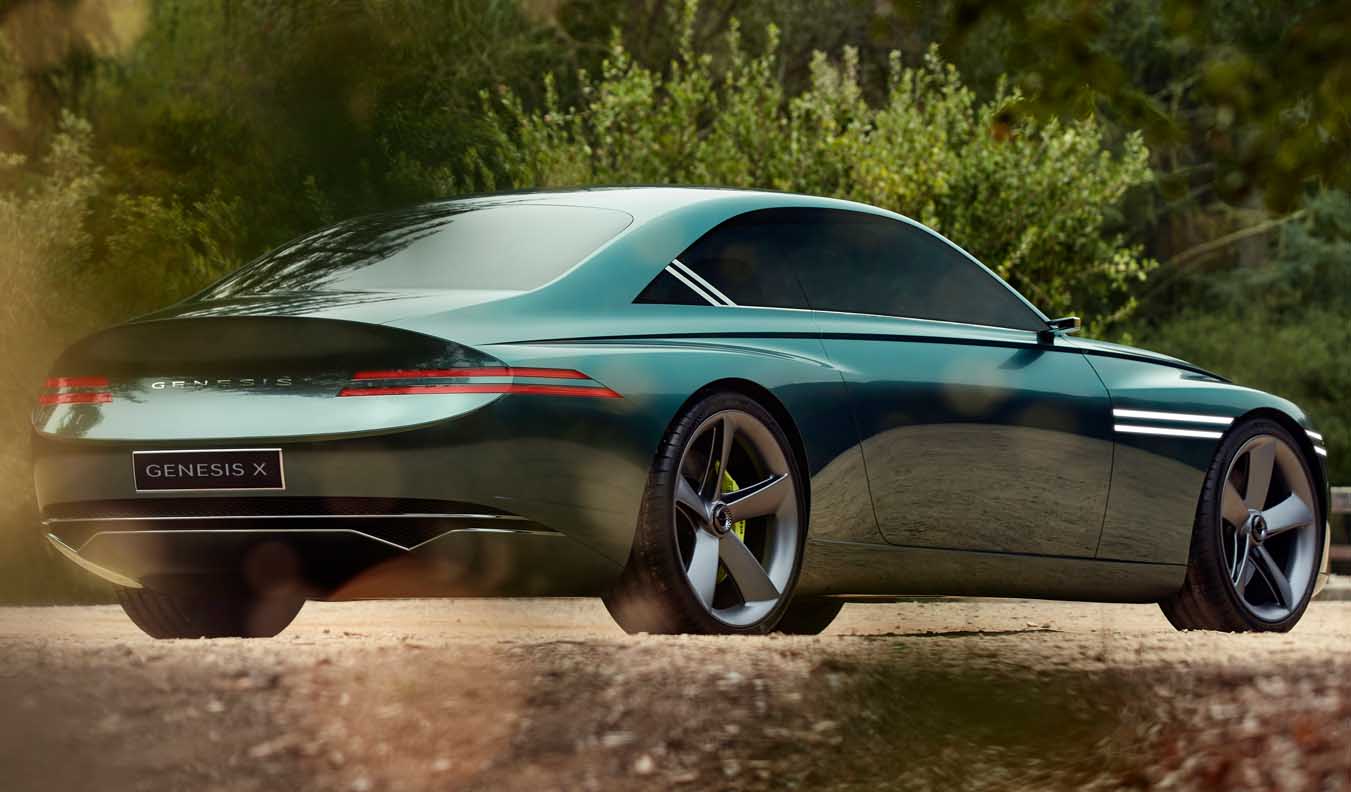 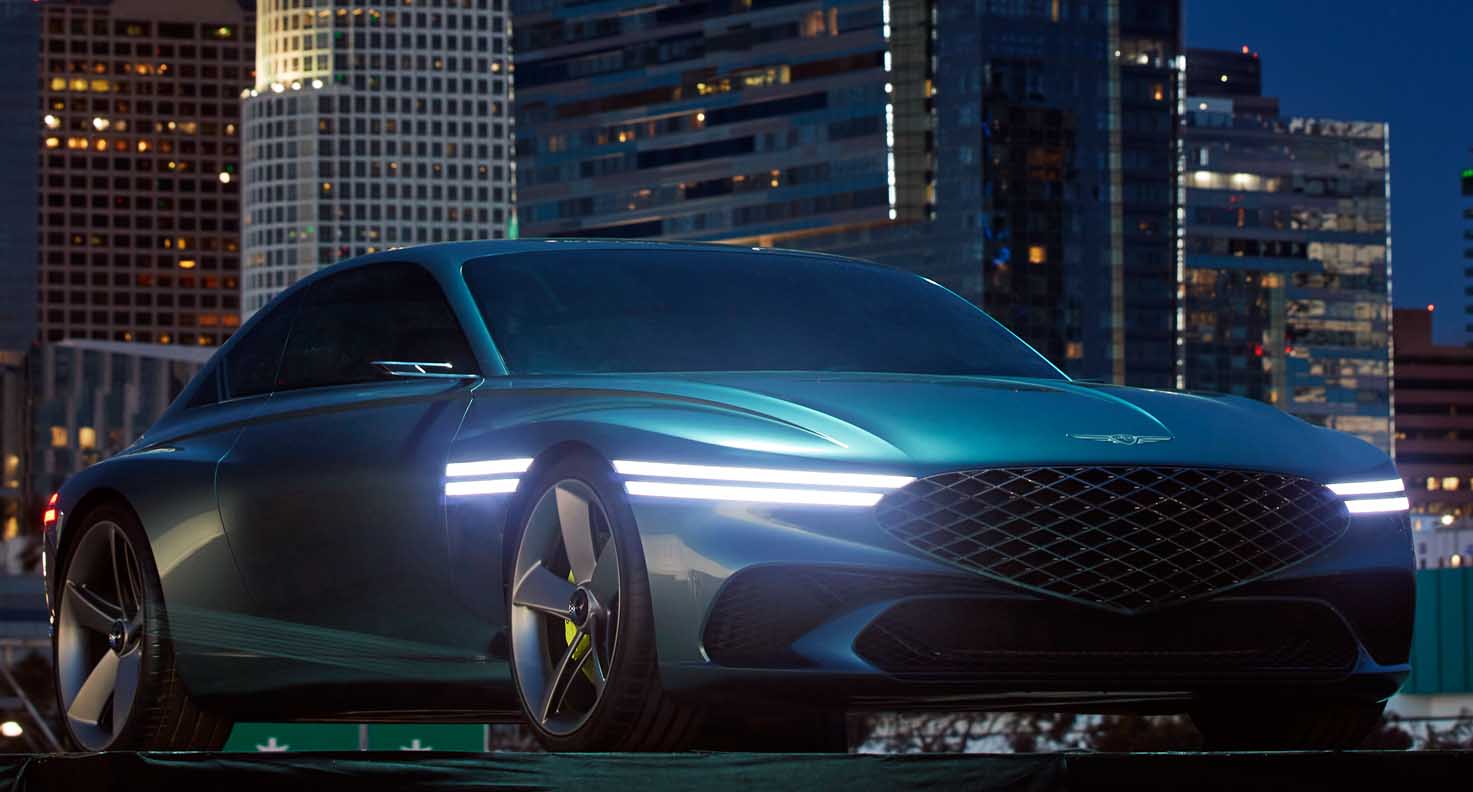 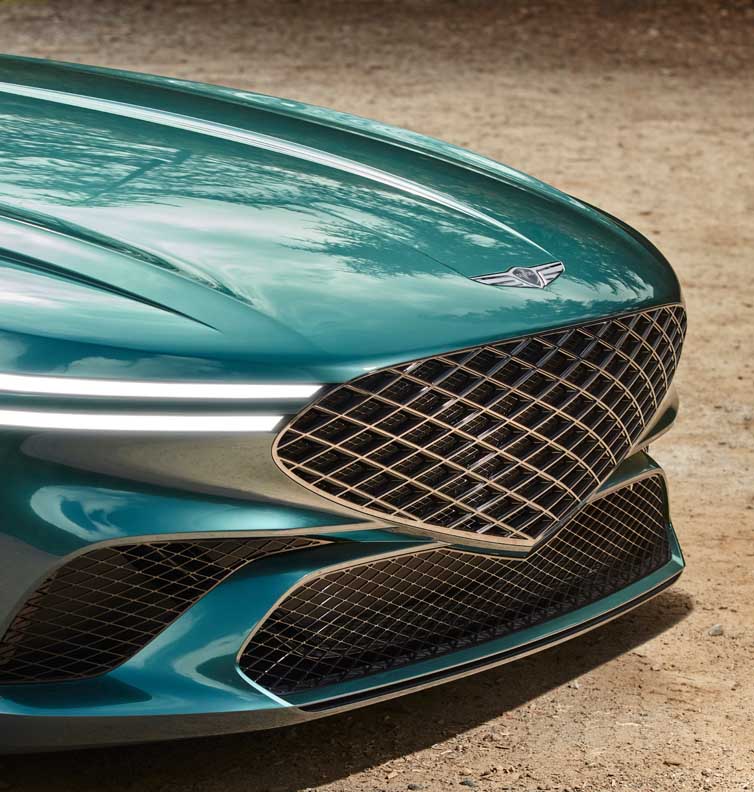 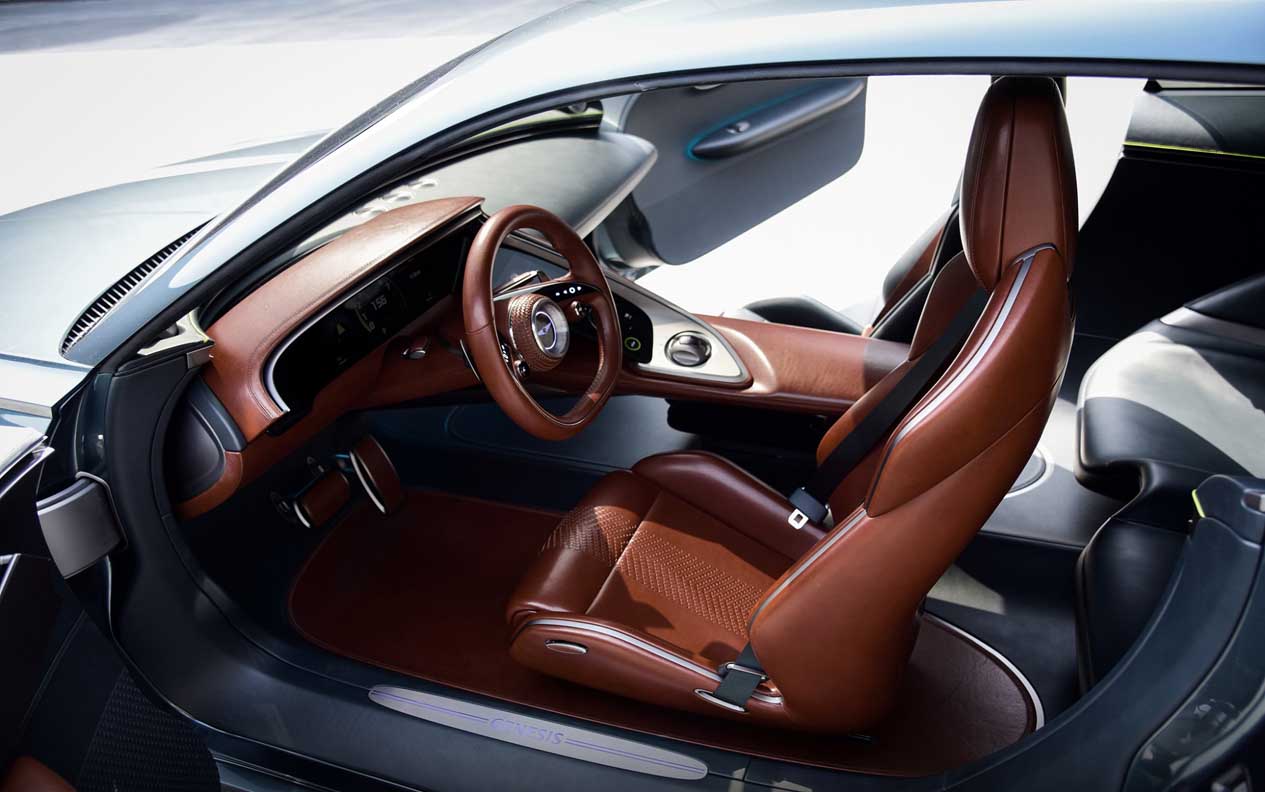 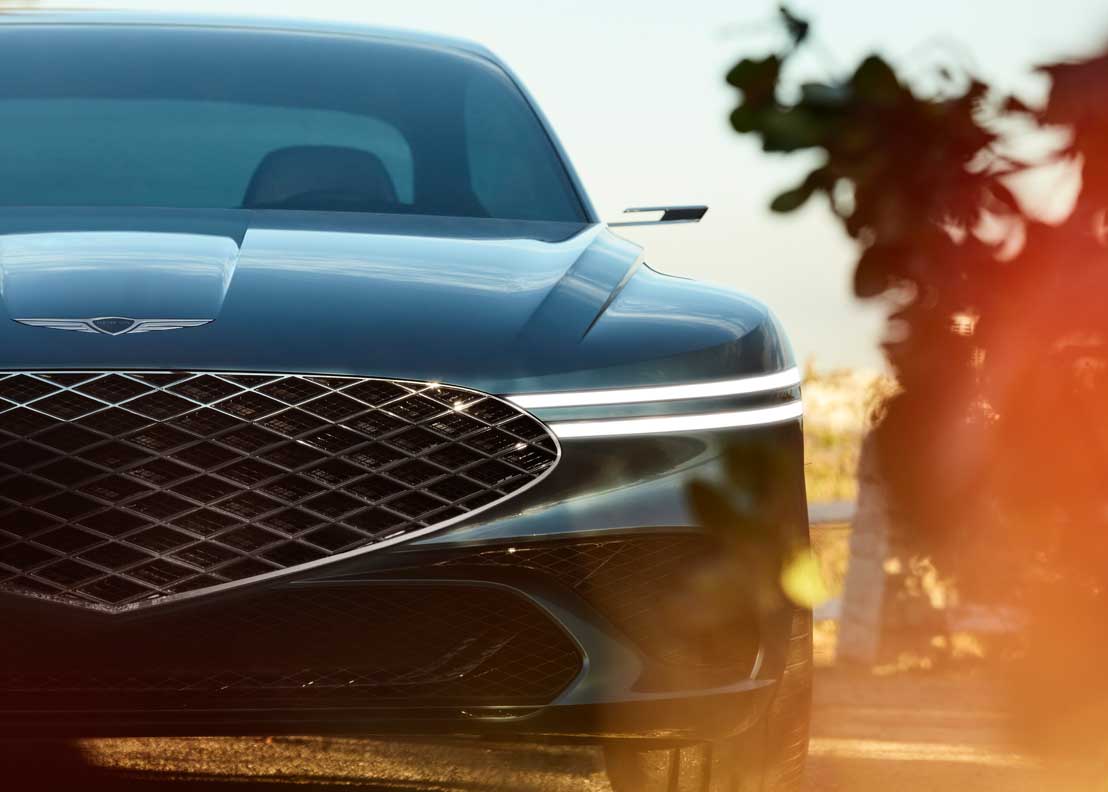 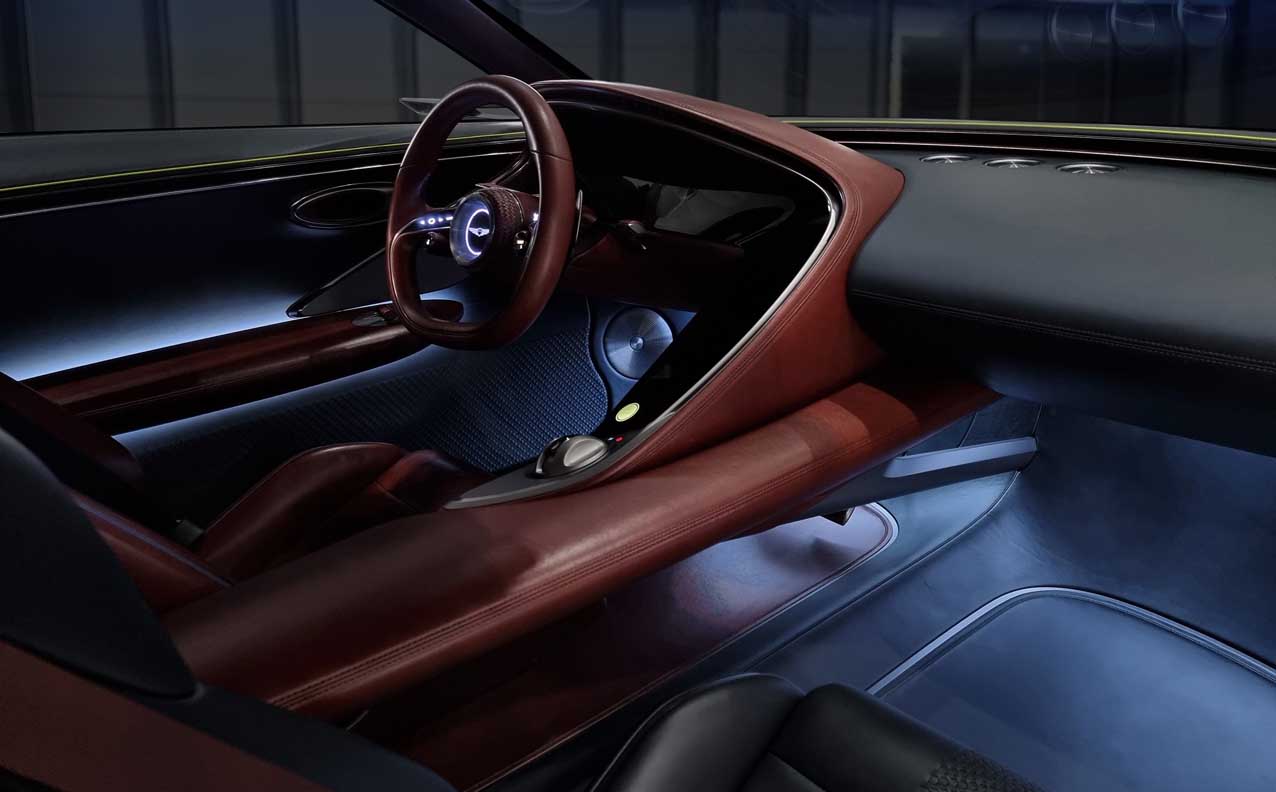 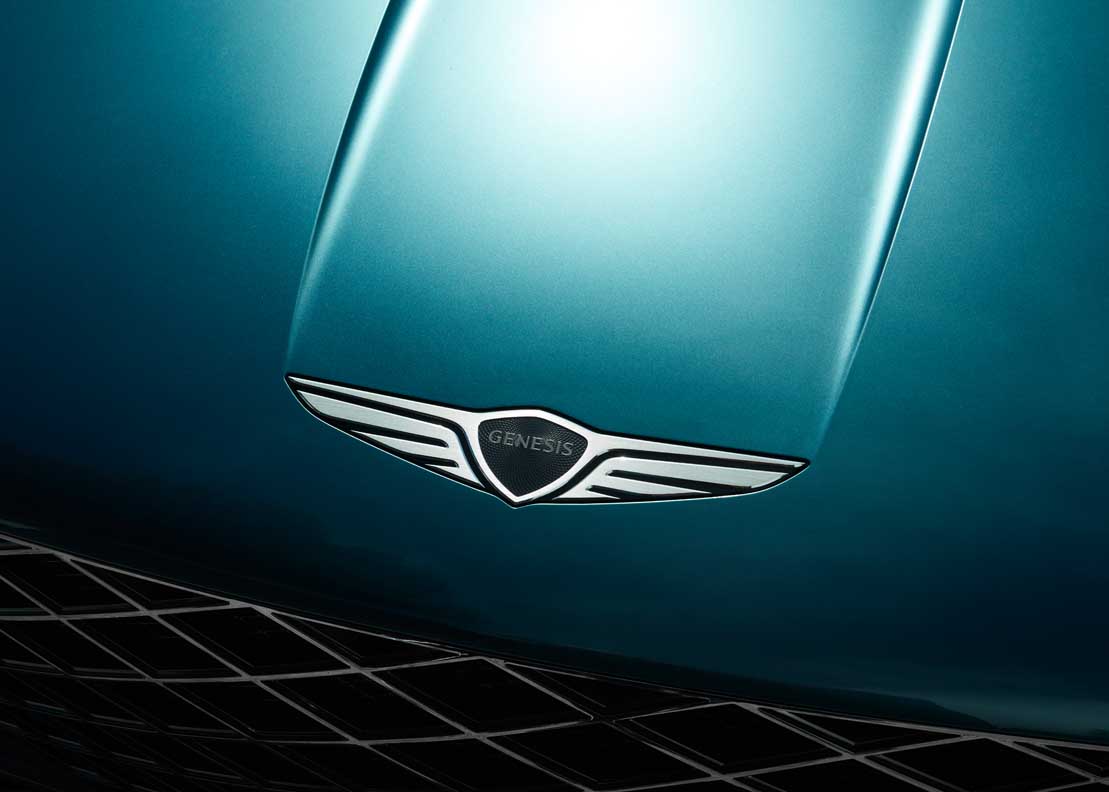 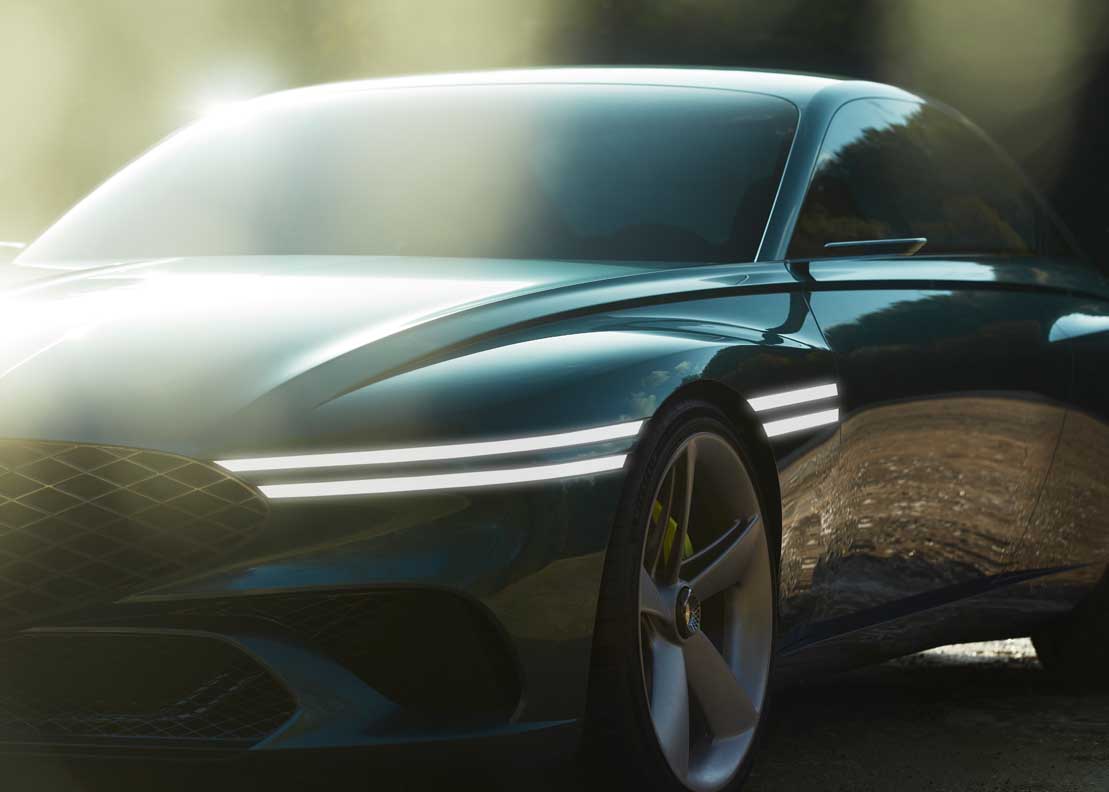 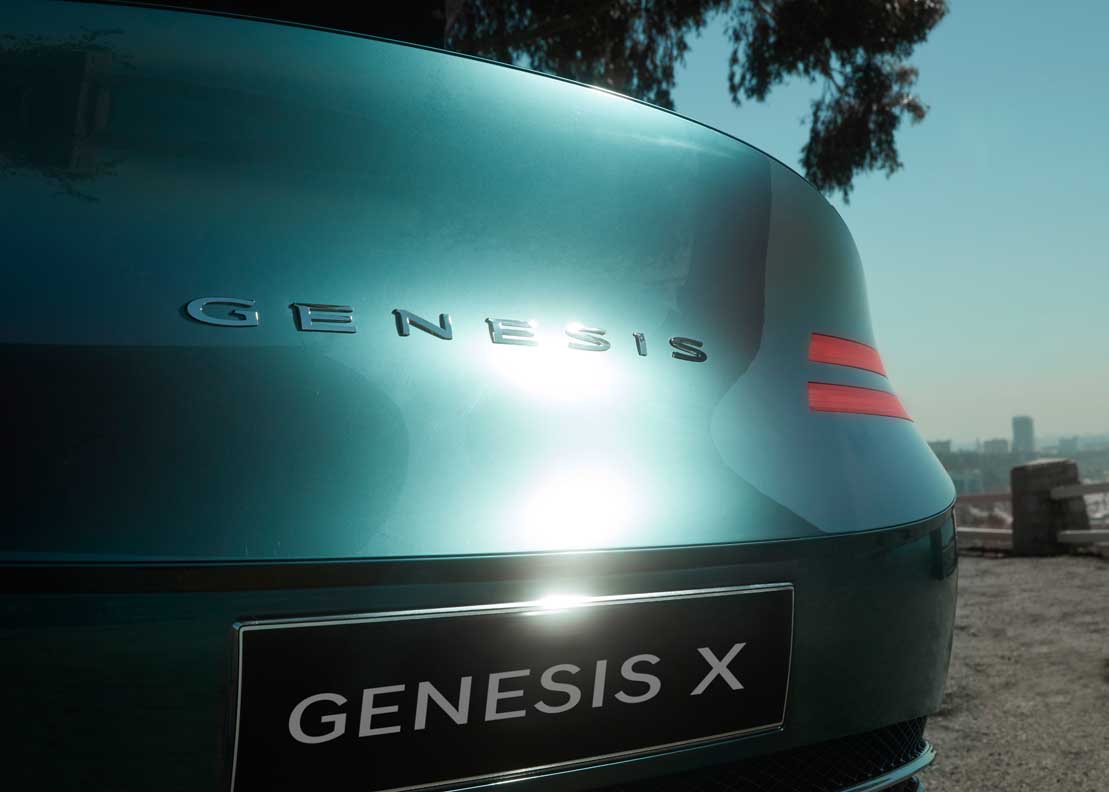 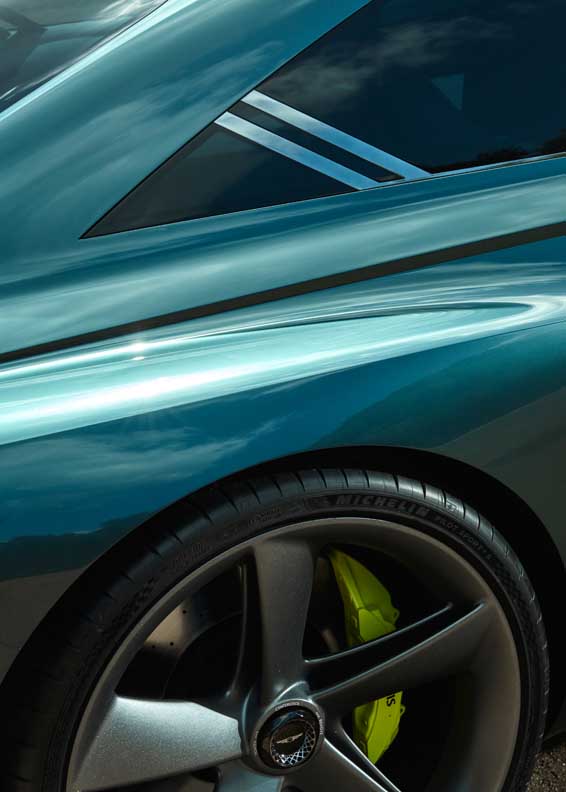 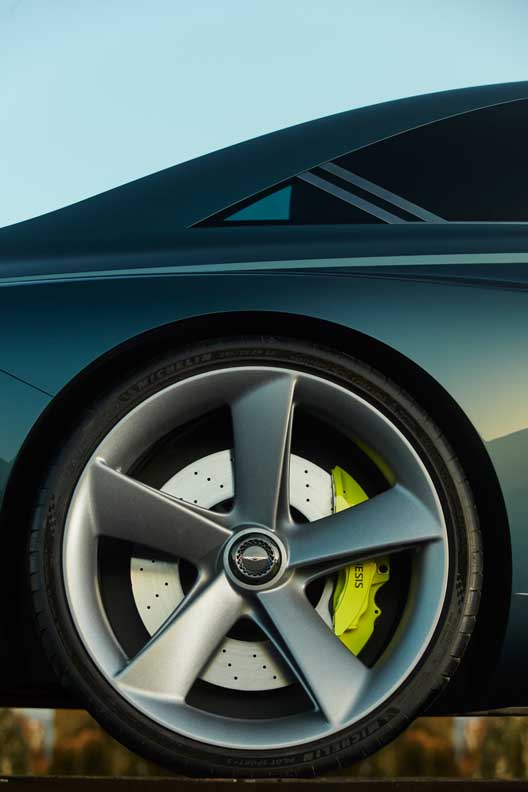 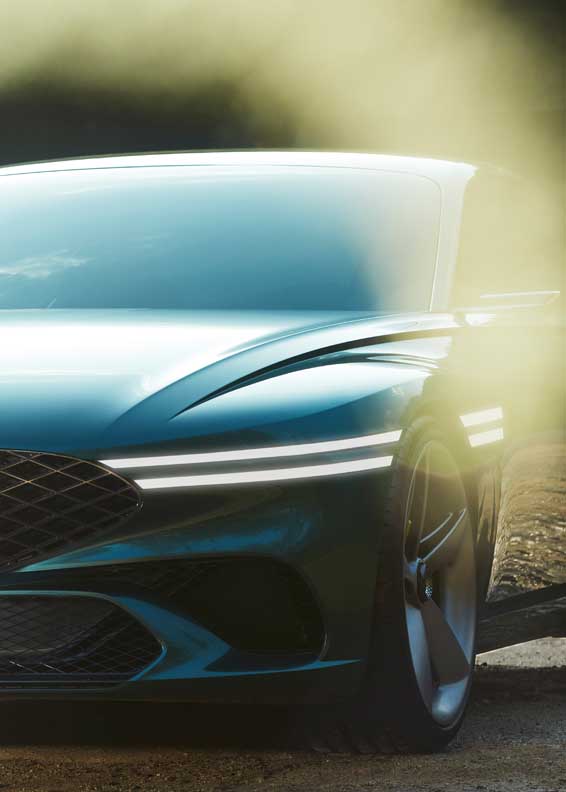 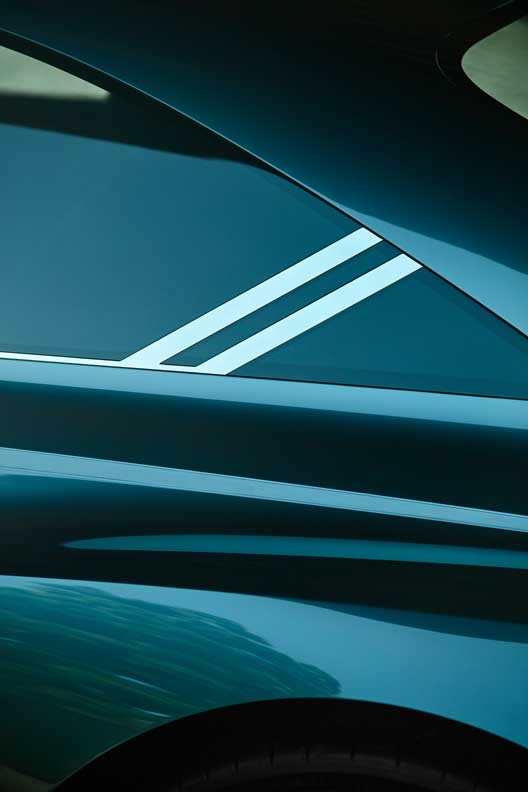 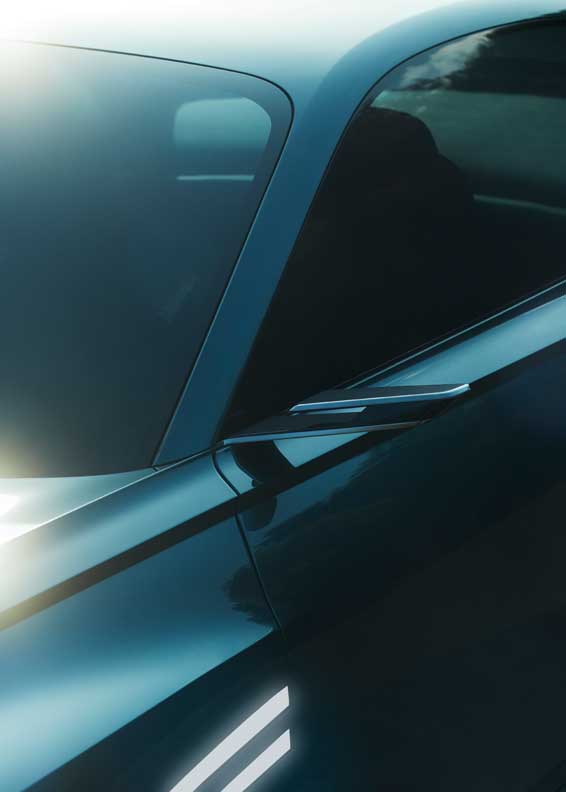 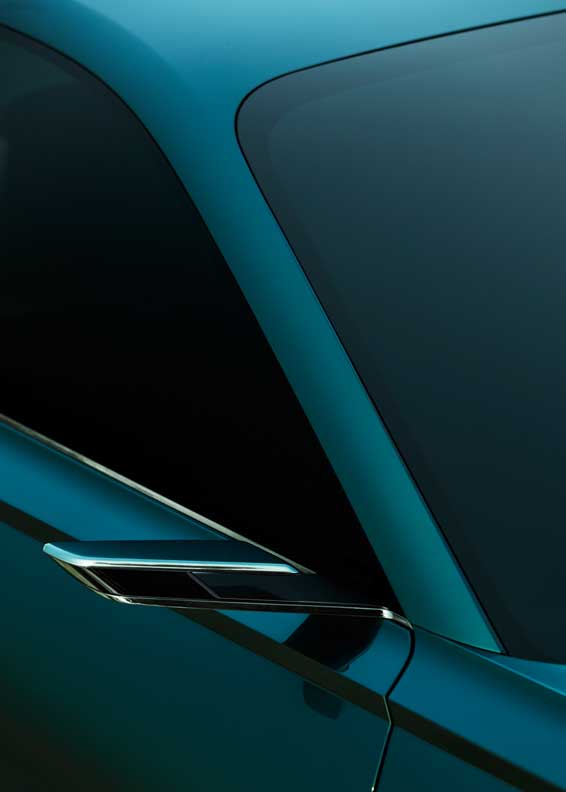