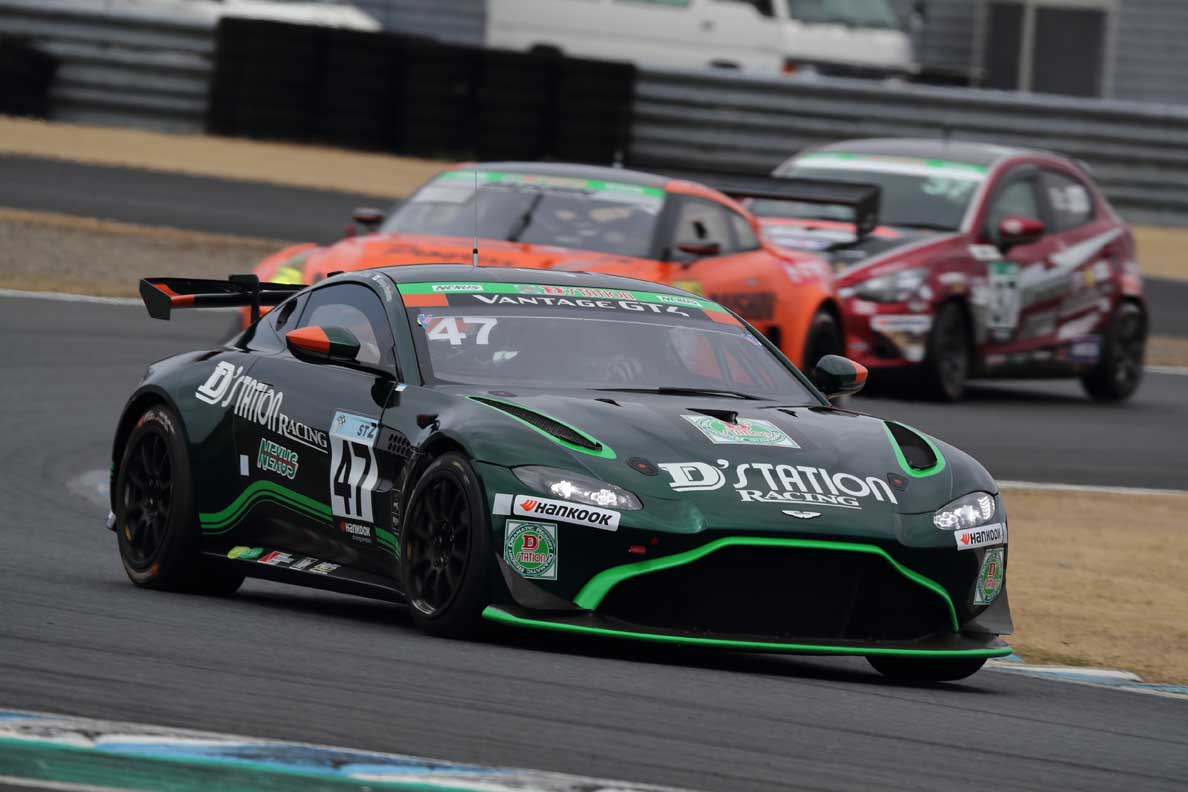 Having qualified third in class, the #188 Aston Martin Vantage GT3 begun the three-hour opening round of the Endurance Cup with West in the car. Faced with challenging conditions and an extremely busy track, the Swede did a stellar job to navigate safely through a severe rainstorm and two long Full-Course-Yellow periods before handing over to Goodwin.

The Briton then delivered a storming drive of his own, emerging from the pits in fifth and charging through into the lead. This gave two-times 24 Hours of Le Mans class winner Adam the perfect opportunity to capitalise, and the Scot needed no second invitation. Running second in class with 30 minutes to go and in a fight for the lead, when the Lamborghini running ahead of Adam made a mistake into the Rettifilio Chicane, Jonny swept into the lead and on to class victory.

It was the third win for the Garage 59 trio, and the second time they have won the season opener, having done the same at Imola less than a year ago.

“Alex had the rough end of the stick starting in the dry and had to deal with the heavy rain, and Chris drove brilliantly,” said Adam, who is challenging for his third Pro-Am title in 2021, having also won in 2020 and ’17. ‘It was a great team effort, and the Garage 59 team did a fabulous job to prepare the Aston Martin Vantage all weekend. It’s fantastic to share victory with these guys again in the first race of the year, and it’s the perfect start to our championship defence. What better way to do it than to win in Monza?”

Garage 59 were not the only Aston Martin Racing partner team to taste GT3 success around the world this weekend. In Japan, D’station Racing maintained their overall Super Taikyu championship lead by five points, as Japanese trio Satoshi Hoshino, Tomonobu Fujii and Tsubasa Kondo recorded a second-place finish in Round Two of the series at Sugo. Their team-mates Takuro Shinohara, Tatsuya Hoshino, Manabu Orido and Kenji Hama (all Japanese) finished third in the GT-Z class with their Aston Martin Vantage GT4.

In the European GT4 Series double-header that supports the GTWC, new Aston Martin Racing partner team Pagid-Hella Racing One came away with runner-up spot in the Am class in Race Two, thanks to a strong performance by series debutants Henrik Lyngbye Pedersen (DEN) and a brilliant charge from Markus Lungstrass (DEU). While in the opening round of the Nürburgring Langstrecken Series, on the Nordschleife in Germany, PROsport Racing recorded a third-place finish with their Vantage GT4 in the SP10 class with Guido Dumarey (BEL) and Alexander Walker (CHE).

David King, President of Aston Martin Racing said: “What a way to start to the European season in earnest. It’s wonderful to see so many Aston Martin Vantages either winning or finishing on podiums in almost every single major competition that our partner teams entered this weekend. Pro-Am is the true spirit of GT3 racing, so Garage 59’s win is not only a tribute to the excellence of the team but also an emphatic endorsement of the Vantage GT3 as a seriously competitive proposition in which to mount a title challenge,”

The second round of the Fanatec GTWC Europe Endurance Cup takes place at Paul Ricard on 28-30 May, while Garage 59 will also enter two Vantage GT3s in the preceding GTWC Sprint Cup event at Magny-Cours also in France, on 7-9 May, 2021. 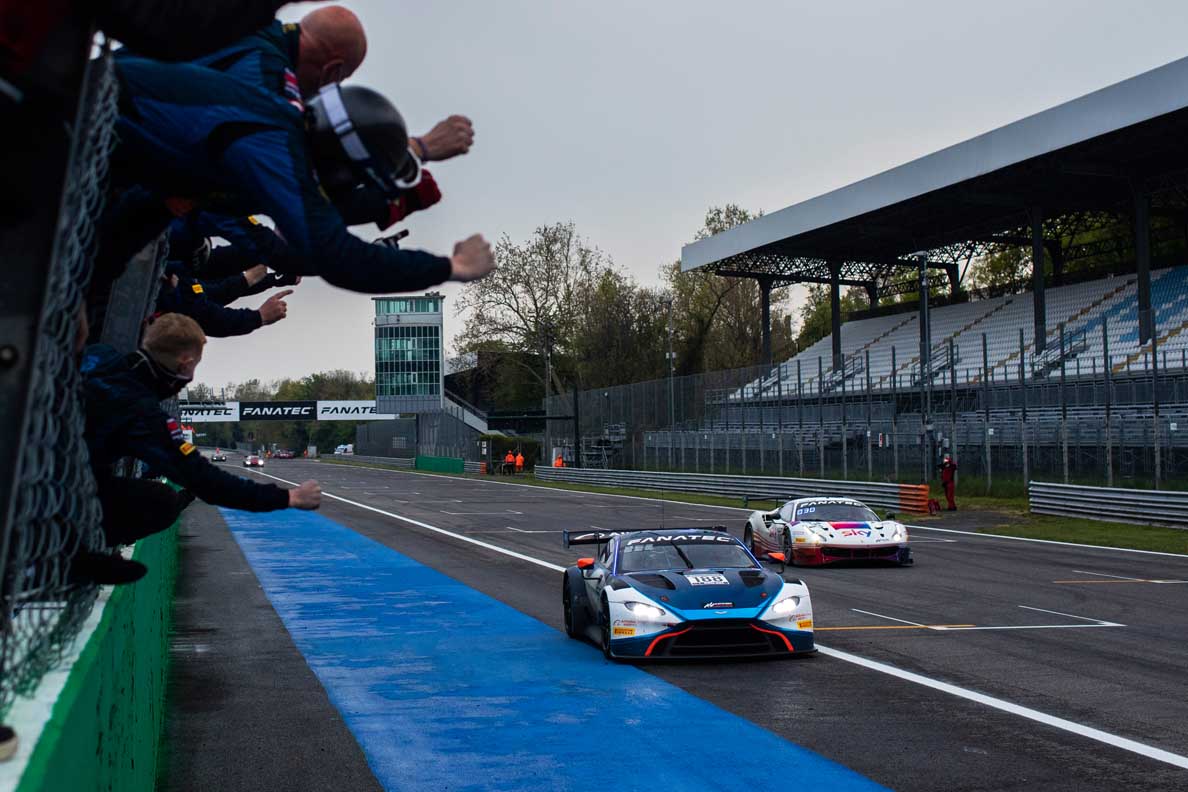 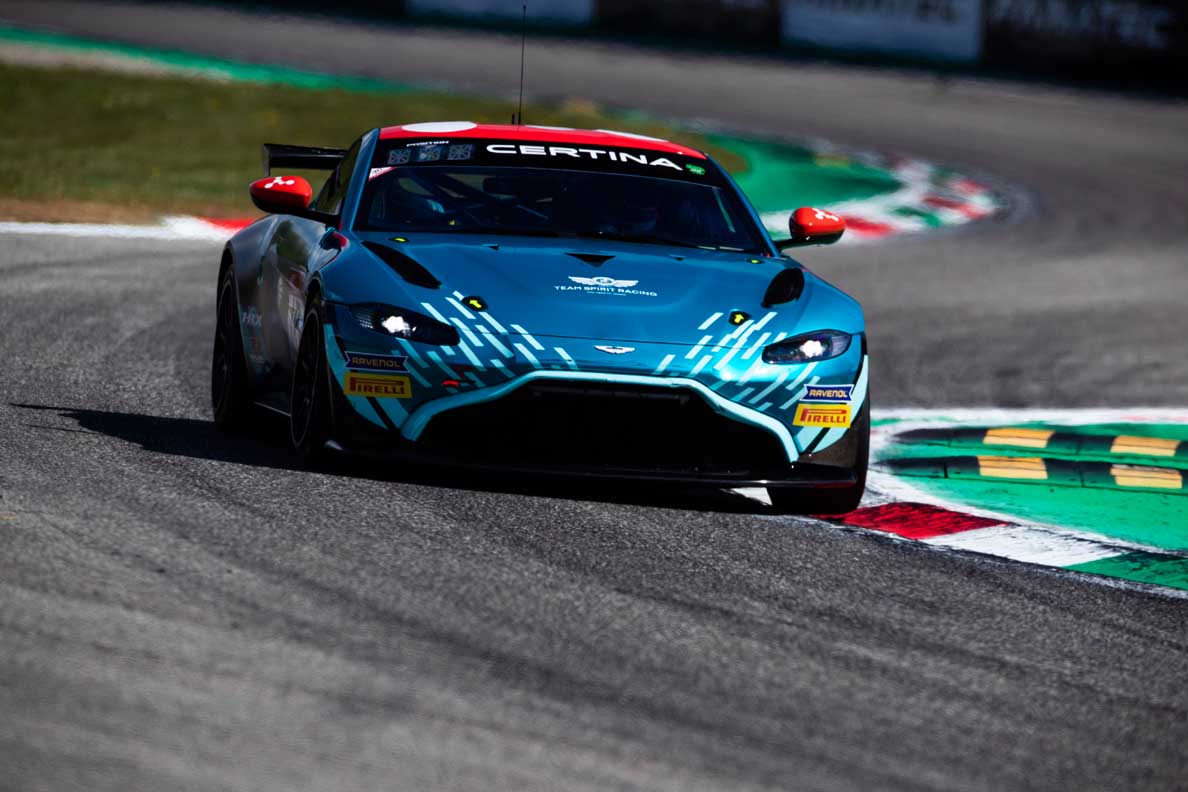 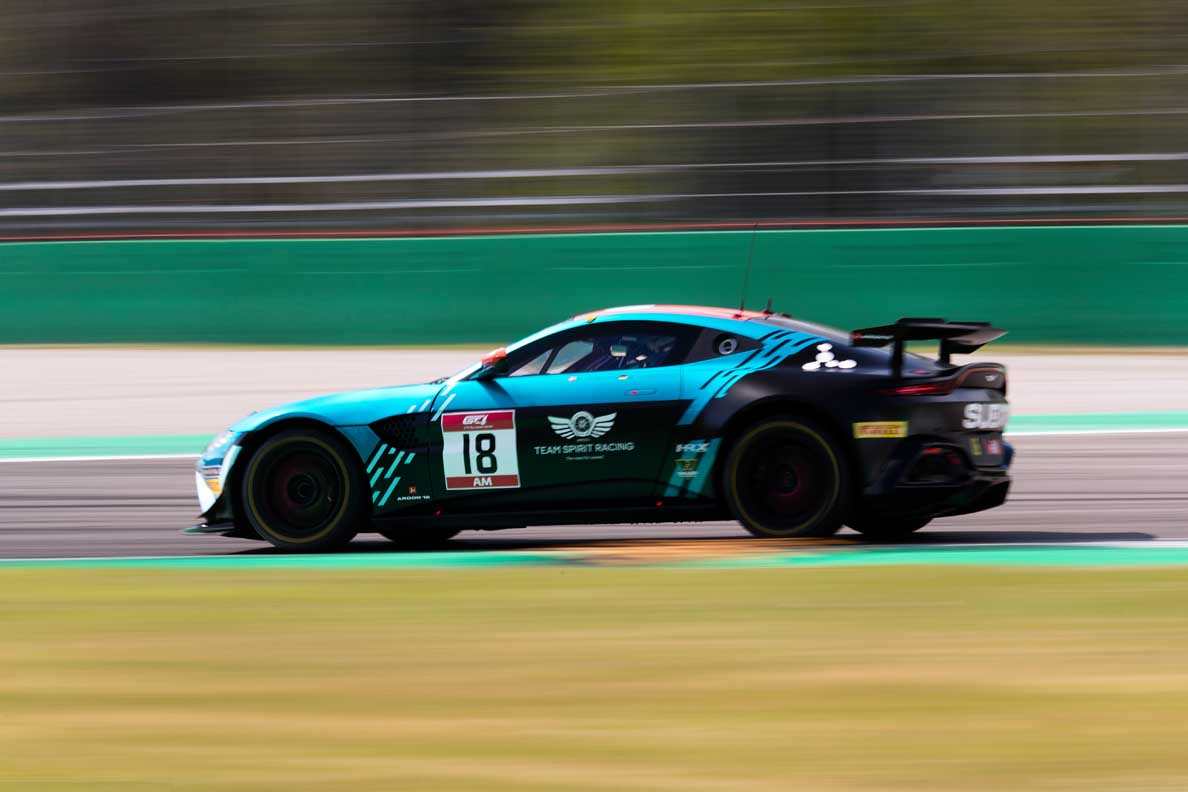 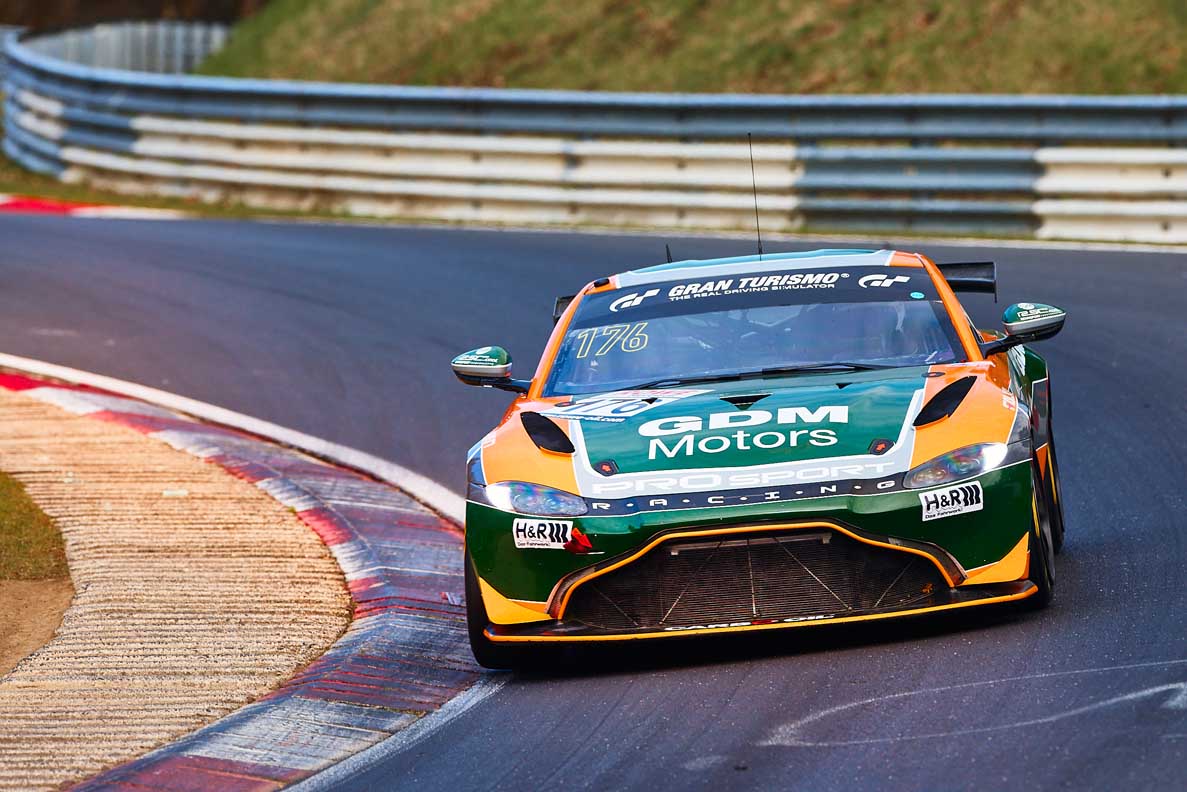 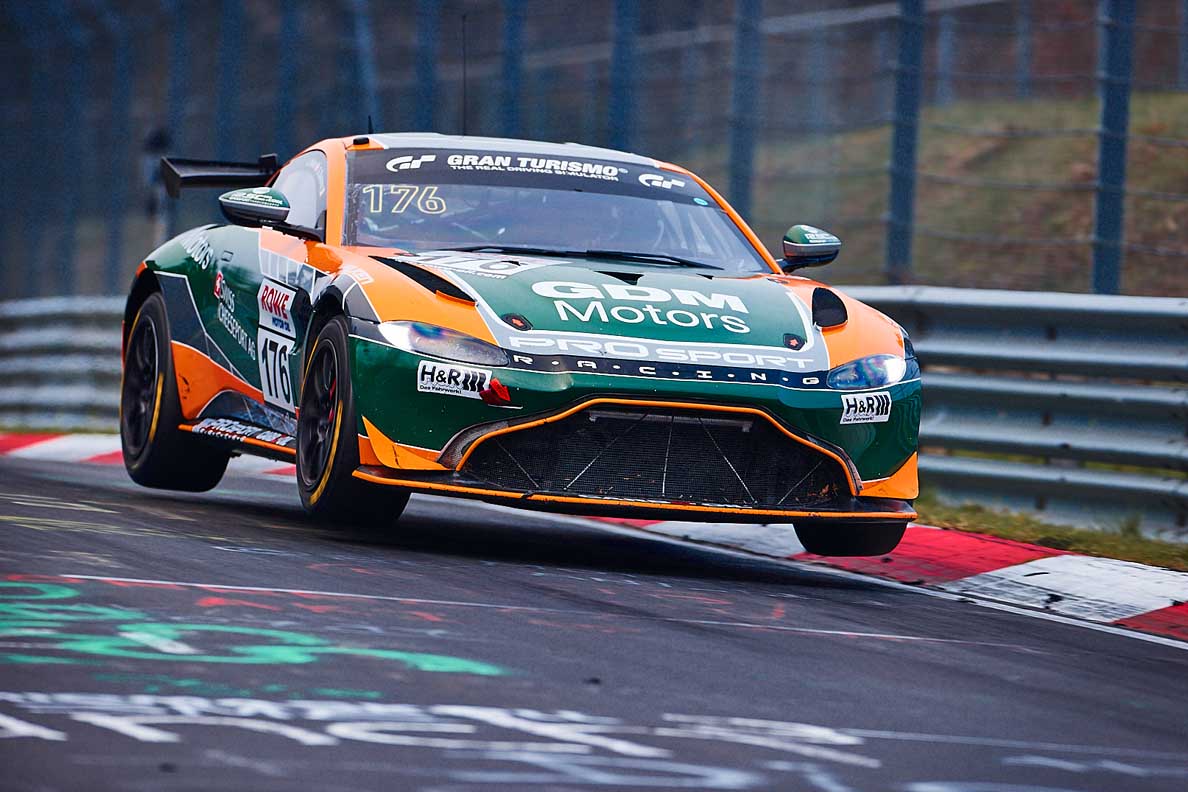 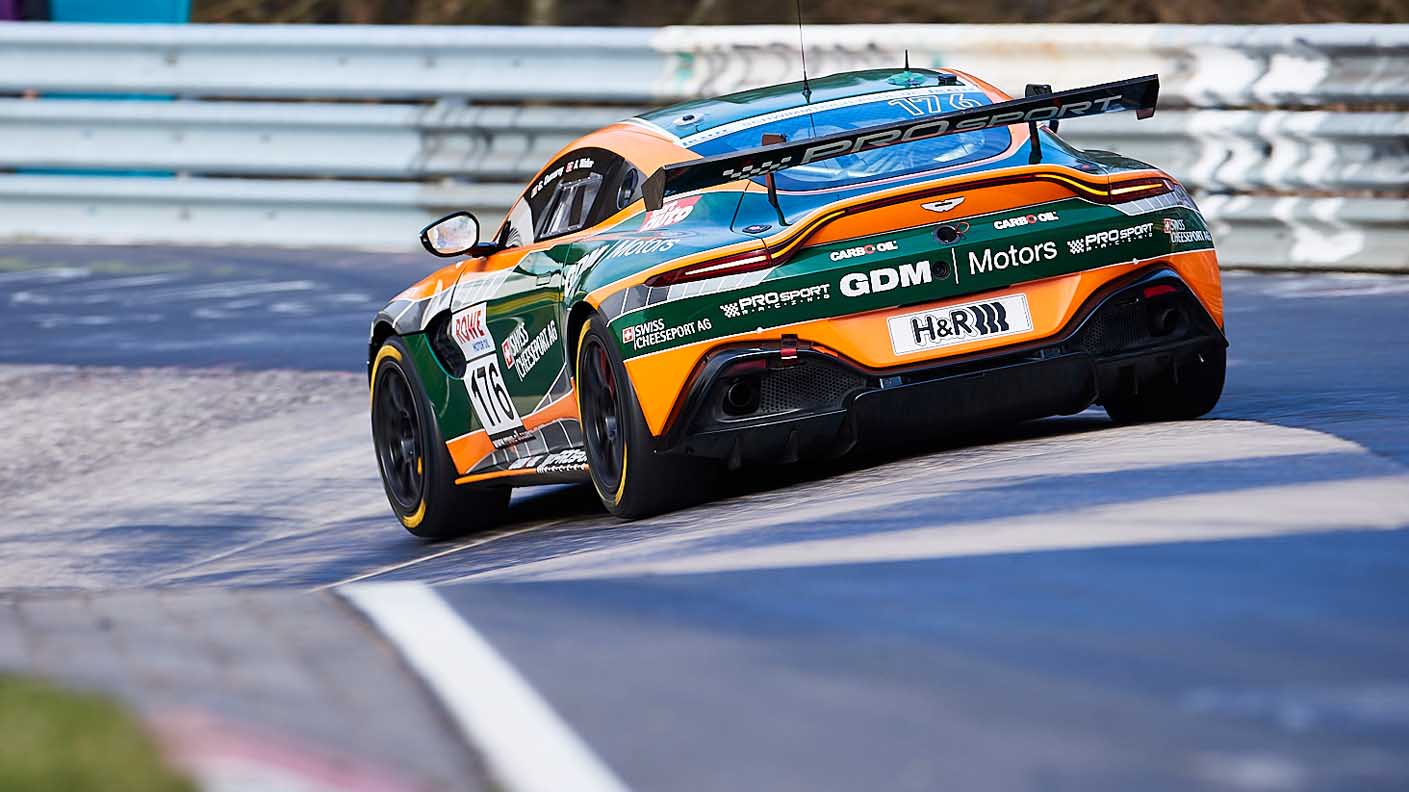 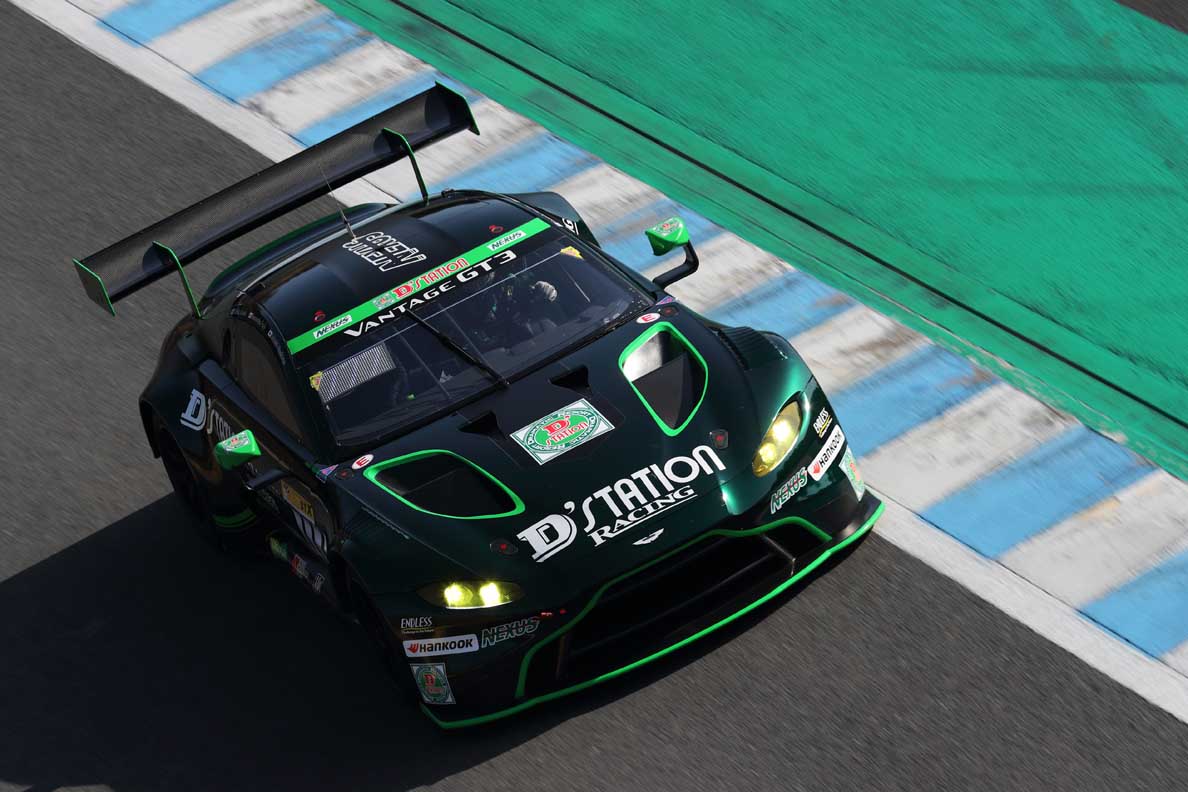 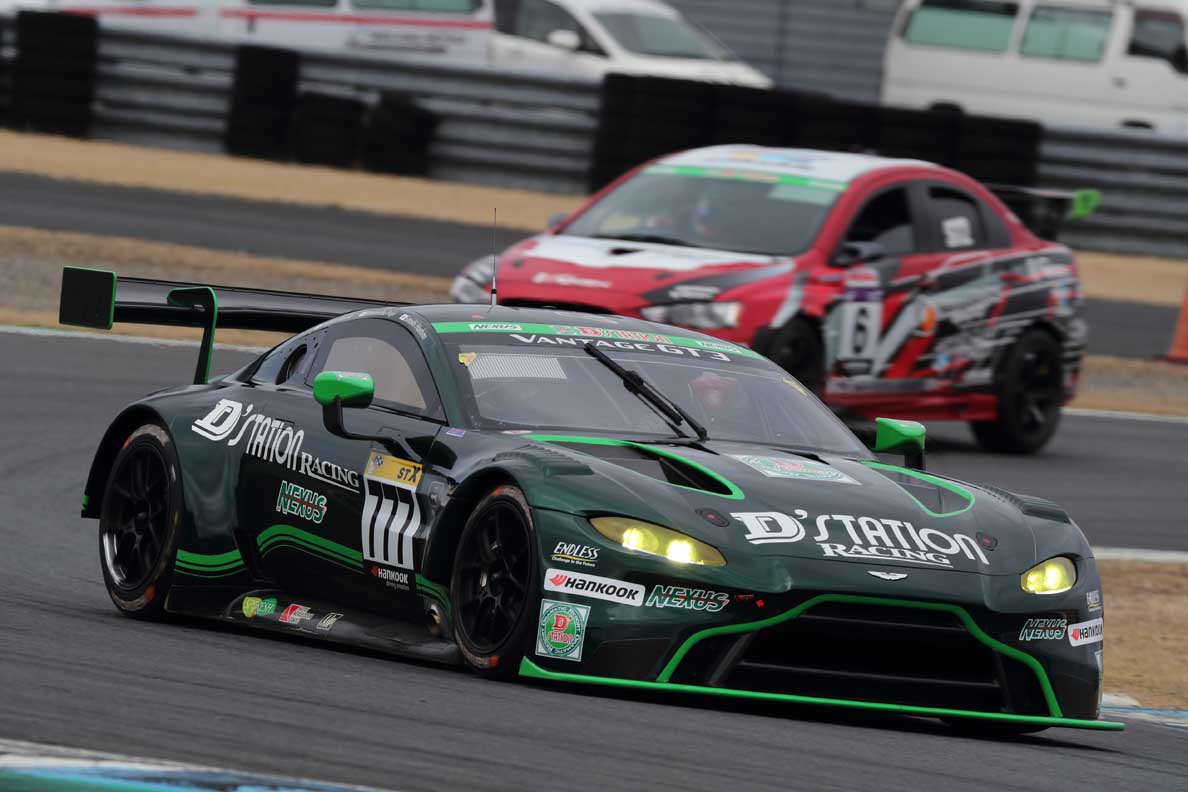 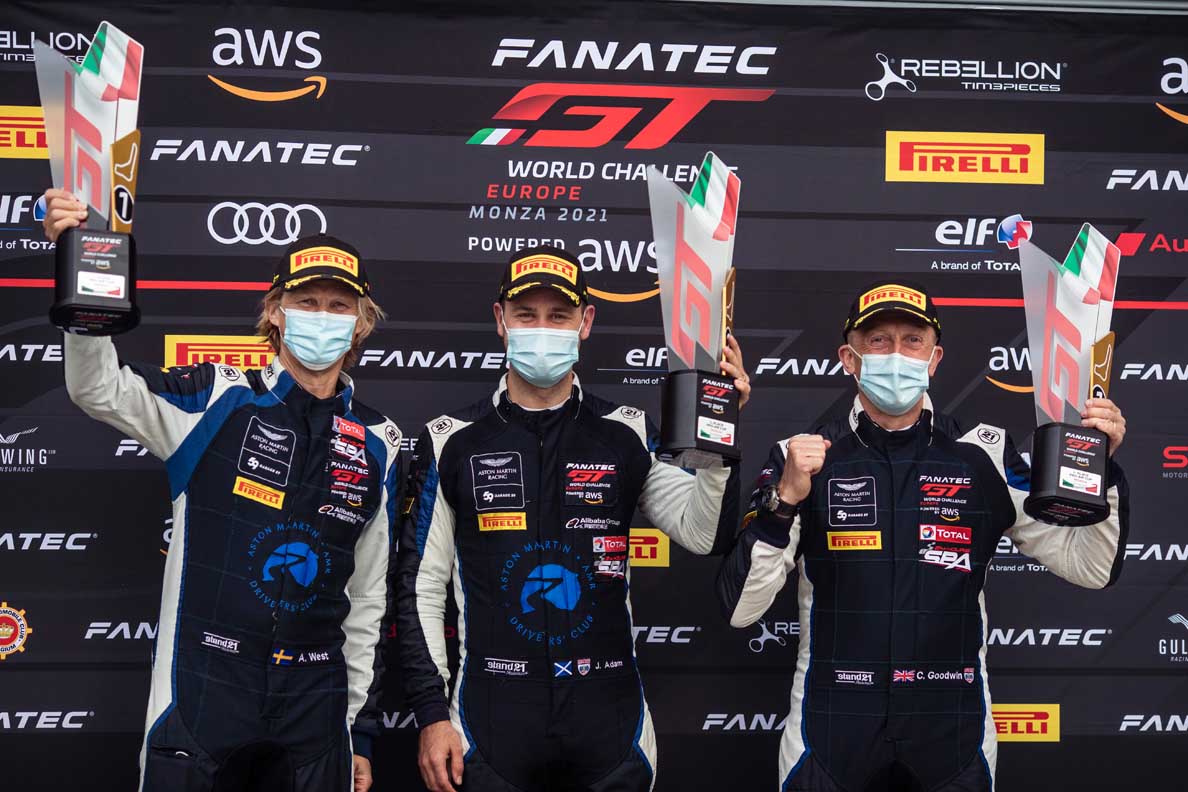 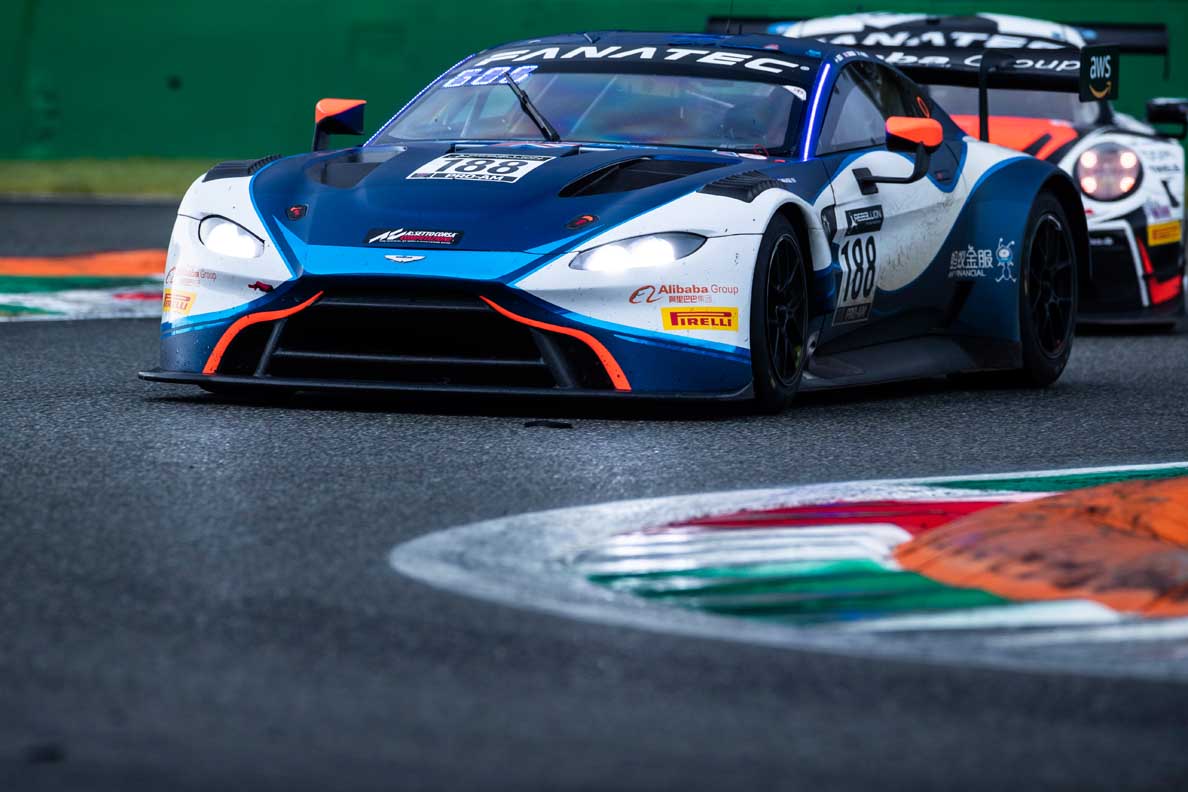 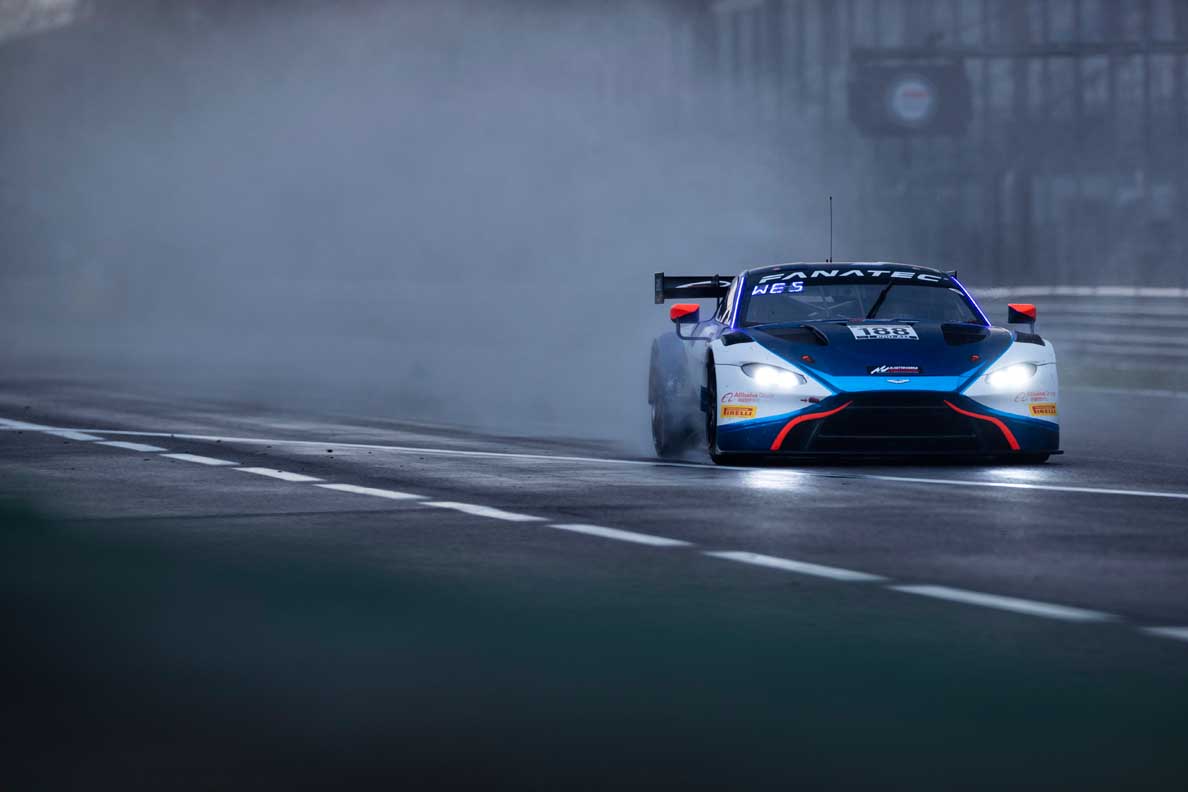