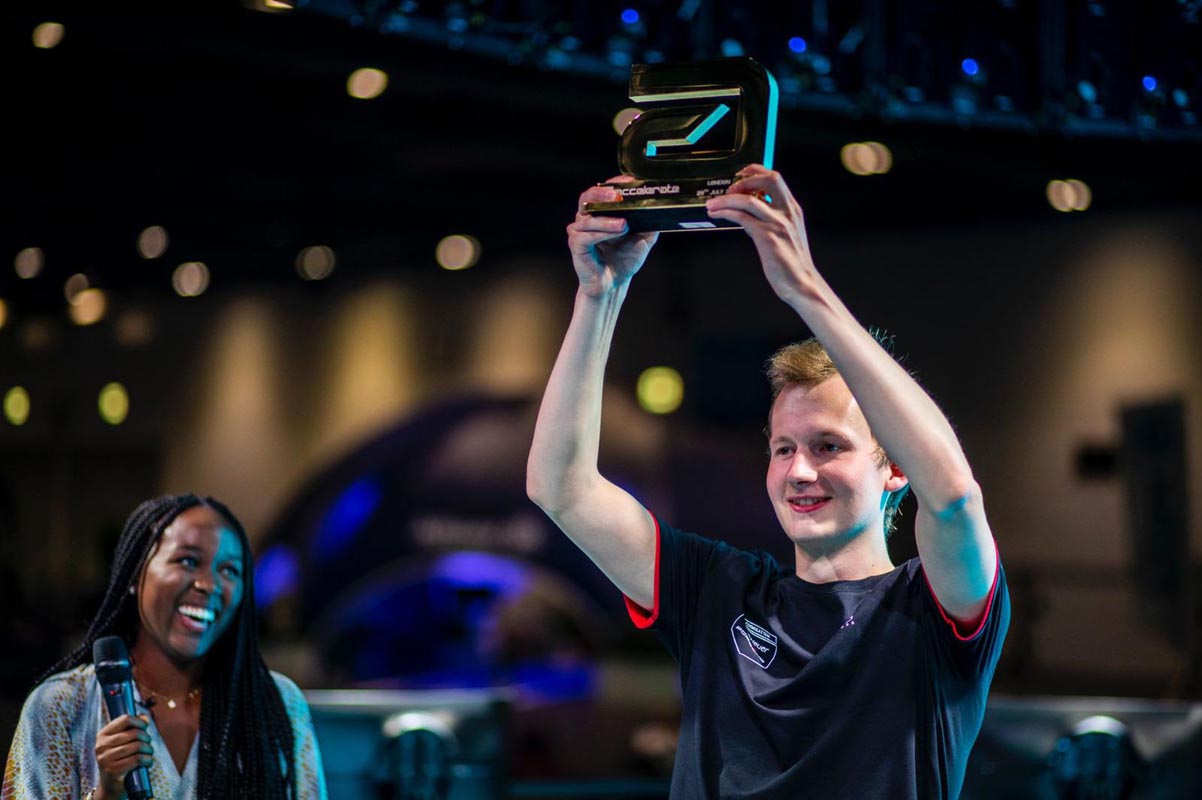 Frede Rasmussen has been crowned 2022 Formula E: Accelerate champion after sealing a dominant double victory and a maximum points-score at the two-round London finale.

Jarno Opmeer (Mercedes-EQ) – a two-time F1 Esports champion – gave it absolutely everything he could in the scrap out front, with Erhan Jajovski (DS TECHEETAH) – runner-up in the previous Accelerate campaign – keeping both honest but neither could muster enough to dethrone Rasmussen.

Opmeer wound up in second spot in the standings, some 25 points back from Rasmussen, with VISA Vegas eRace winner and five-times Formula SimRacing World Champion Bono Huis third in the table.

Rasmussen entered this year’s competition off the back of taking top spot in the inaugural Formula E: Accelerate series in 2021 and as the hot favourite, even among a field of the very best sim racing talent.

The nine finalists had made their way through a series of open qualifiers throughout the current Formula E campaign and were joined by two invitational entries in London. Rasmussen seals a €35,000 share of the €100,000 total prize pot and a VIP experience at the Season 8 double-header finale – the inaugural Hana Bank Seoul E-Prix, 13 & 14 August.

“I don’t think it’s sunk in yet. I’m definitely happy I managed to get it done – it isn’t often you have days like this,” said Rasmussen. “Maybe I invest the prize money in my flat [Frede bought a flat with his Formula E: Accelerate Season 1 prize pot].”