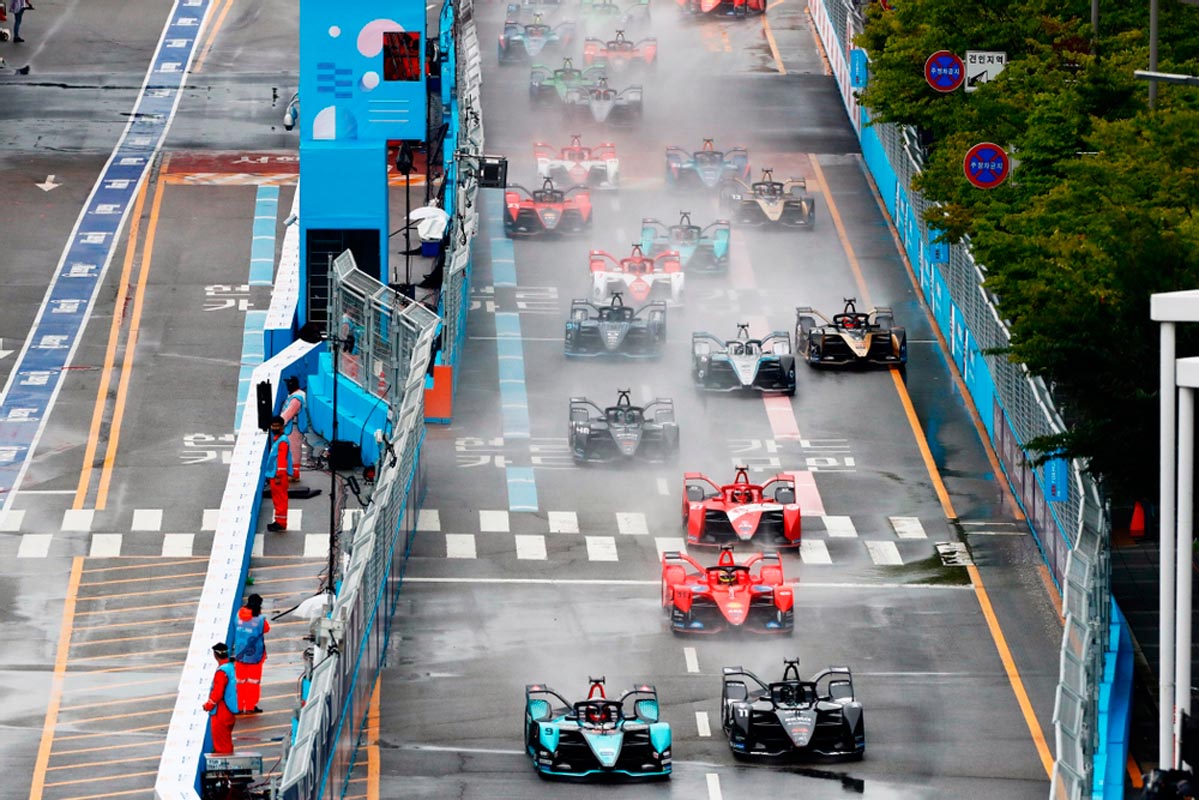 Mitch Evans produced under pressure to keep his title chances alive and slice into Stoffel Vandoorne’s points advantage as the Kiwi jumped from third on the grid to win the 2022 Hana Bank Seoul E-Prix in style.

The Jaguar TCS Racing driver dispatched Julius Bär Polesitter Oliver Rowland (Mahindra Racing) off the line as the Brit struggled to get away cleanly over greasy road markings, the circuit still soaked from an earlier downpour. Evans then rounded Lucas di Grassi (ROKiT Venturi Racing) with a stealthy move into Turn 3 on the opening lap and didn’t look back.

It was an incident-packed opening lap as a multi-car shunt at the penultimate corner caused a 45-minute Red Flag stoppage. Sébastien Buemi, Oliver Askew, André Lotterer, Dan Ticktum, Oliver Turvey, Nick Cassidy, Norman Nato and Nyck de Vries were all caught out by standing water to hit the wall. There was an audible gasp from stadium crowd as they saw de Vries’ Silver Arrow 02 undercut Buemi’s Nissan which came to rest on top of the Dutchman’s car. Thankfully there were no injuries.

After the restart, it was a relatively serene Saturday afternoon for Evans, who eased to a comfortable three-second gap for much of the race ahead of Rowland. The Brit was happy to seal his first podium finish of the season and his first with Mahindra. Meanwhile, Rowland’s future Mahindra teammate, Lucas di Grassi, earned his 39th podium in third place and became the first driver in Formula E to surpass 1,000 points. Tomorrow, he is set to become the only driver in the Championship to have competed in all 100 E-Prix. 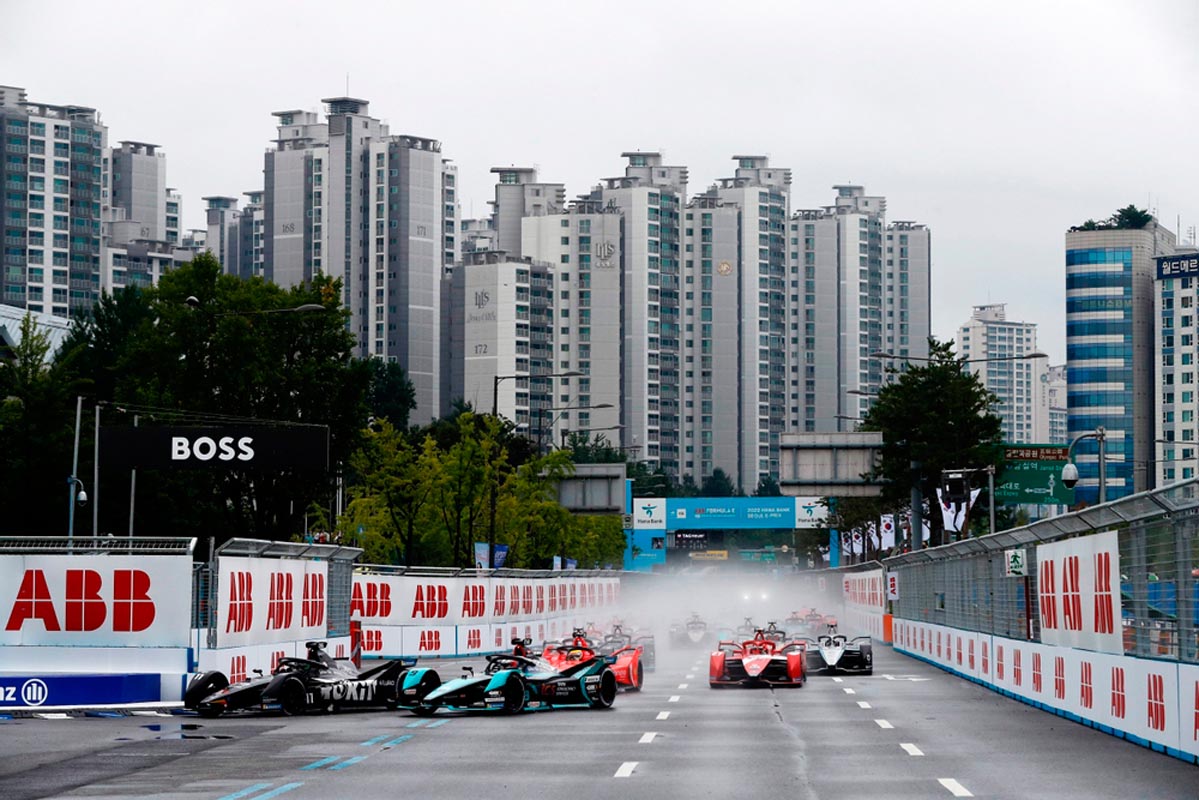 So the Drivers’ World Championship will be decided in the final race of the season with Vandoorne and Evans battling for Season 8 supremacy.

Mercedes-EQ sit atop the Teams’ World Championship with 301 points but ROKiT Venturi Racing can still overhaul the German manufacturer.

The inaugural race in Seoul today will be followed tomorrow by Round 16, the final race in the biggest-ever ABB FIA Formula E World Championship season of 16 races in 10 world cities.

The second race in the Hana Bank Seoul E-Prix will also be the 100th E-Prix in Formula E history, and will mark the end of the Gen2 race car era, ahead of an all-new Gen3 race car debuting next season. It promises to be an exhilarating afternoon for fans, teams and partners of the ABB FIA Formula E World Championship.

MITCH EVANS, JAGUAR TCS RACING, #9 said: “That was the plan [to keep the Championship race alive]. It has been a lot of work since London to make sure we can make this result possible. This morning was tricky, we didn’t quite have the pace, but then the rain came at the right time – I qualified at the front – and had a good start. The race was really hard to manage, the conditions change all the time, so thanks to the team for guiding me through. This is what we needed, we don’t give up, so we go to tomorrow and keep fighting. Can I do the double? That’s the plan, I’ve done it before – let’s do it again.”

OLIVER ROWLAND, MAHINDRA RACING, #30 said: “I can’t really ask for much more, it has been a difficult season. Obviously getting the Pole Position and the 18 points is fantastic for the team. We knew this year was going to be difficult, my first with the team, but we are pushing really hard for next year and I am glad to give the whole team and these fans a great result.”

LUCAS DI GRASSI, ROKiT VENTURI RACING, #11 said: “It is a really big honour to race here, amazing place, amazing fans – thanks everybody. We did our best today for the team on the constructor’s championship, and for me personally to reach my 39th podium and 1,010 points, so I am super happy and we are going to celebrate a lot! It couldn’t be better, this track and the people of Seoul have been amazing, we couldn’t have had a better day. We fought very hard, we extracted the most out of it – no mistakes – and thank you to the team for the car that they gave me, and thank you to the fans for being here.” 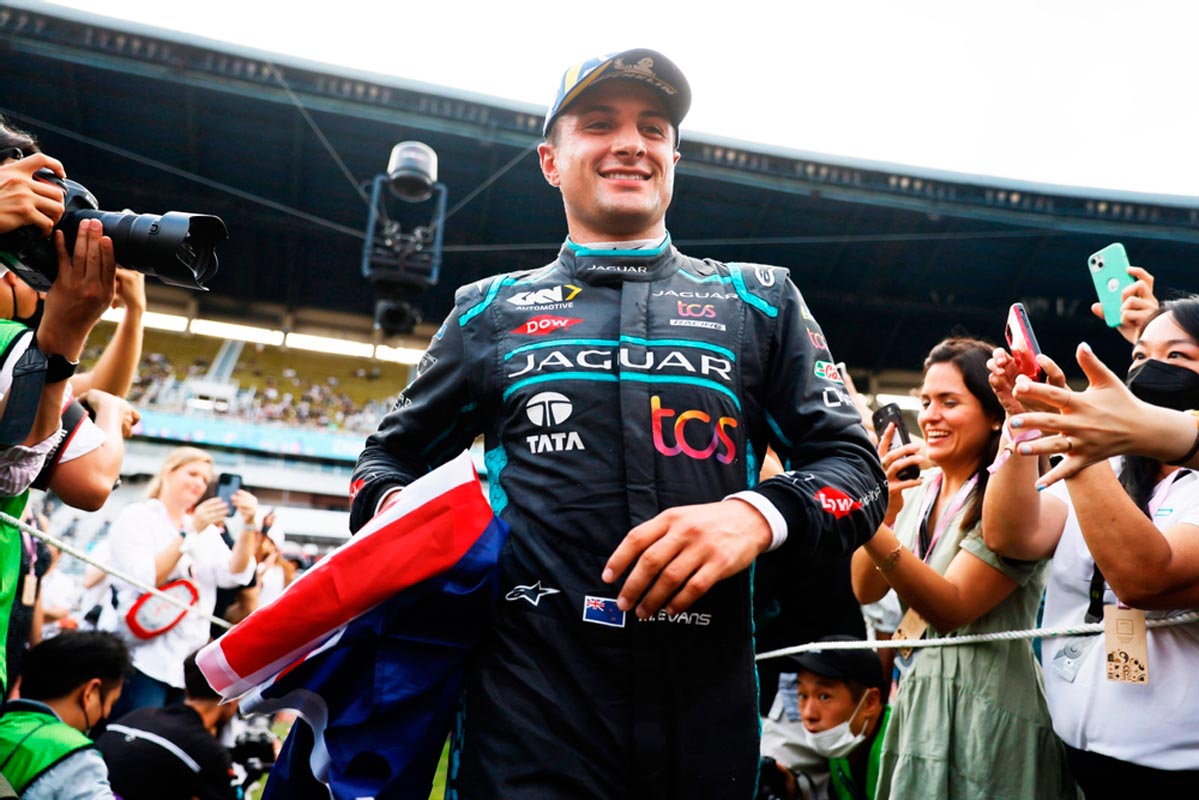 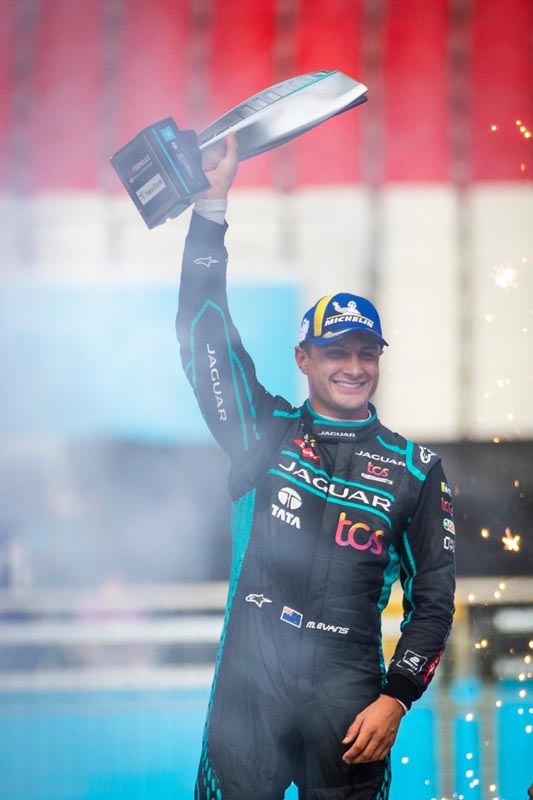 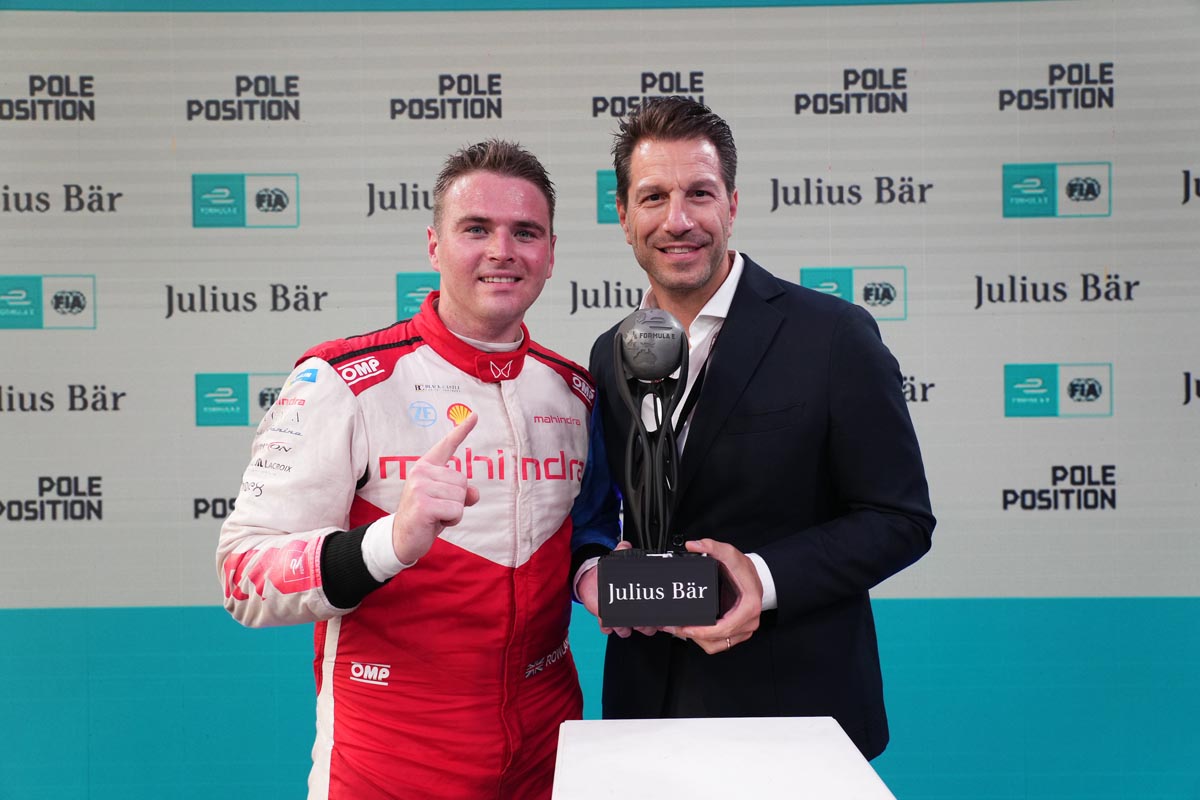 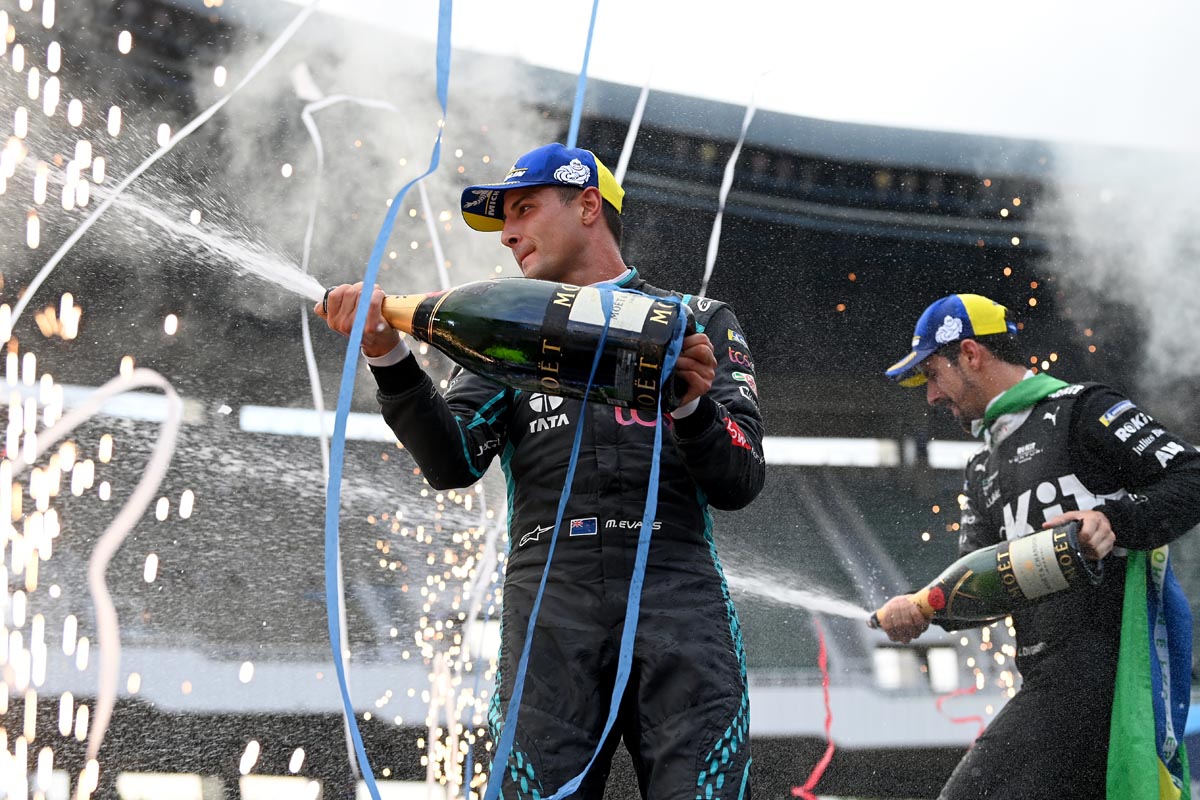 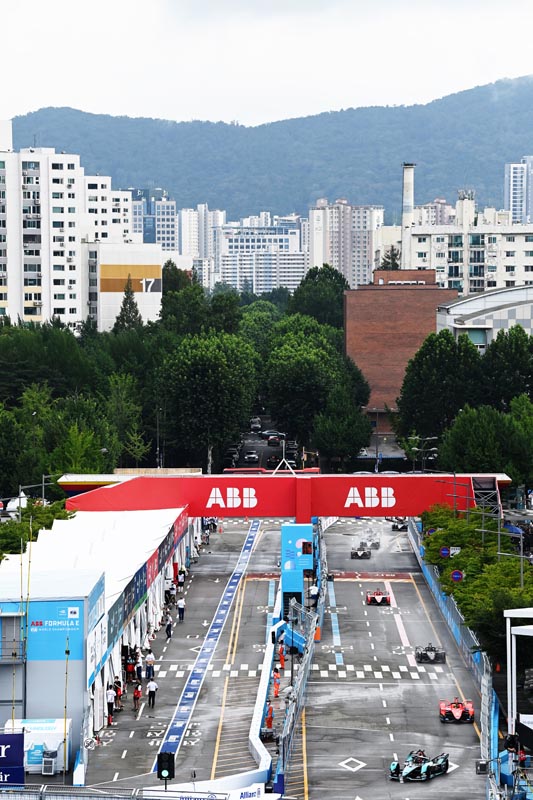 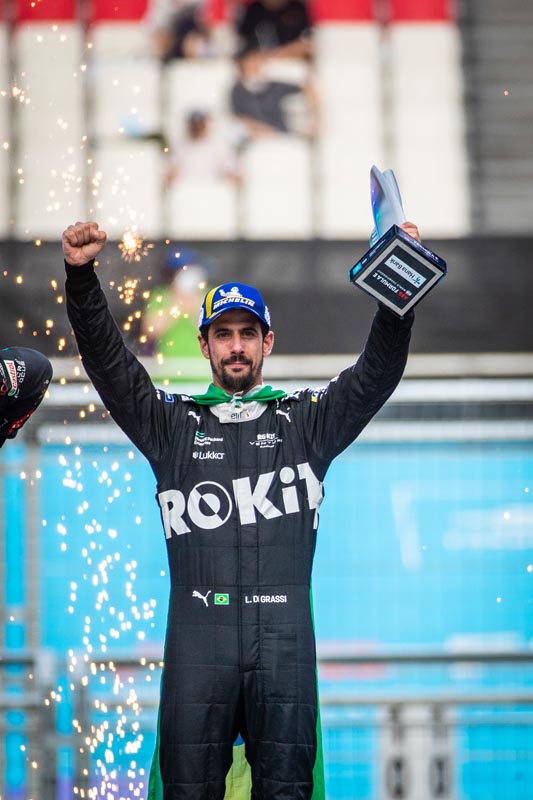 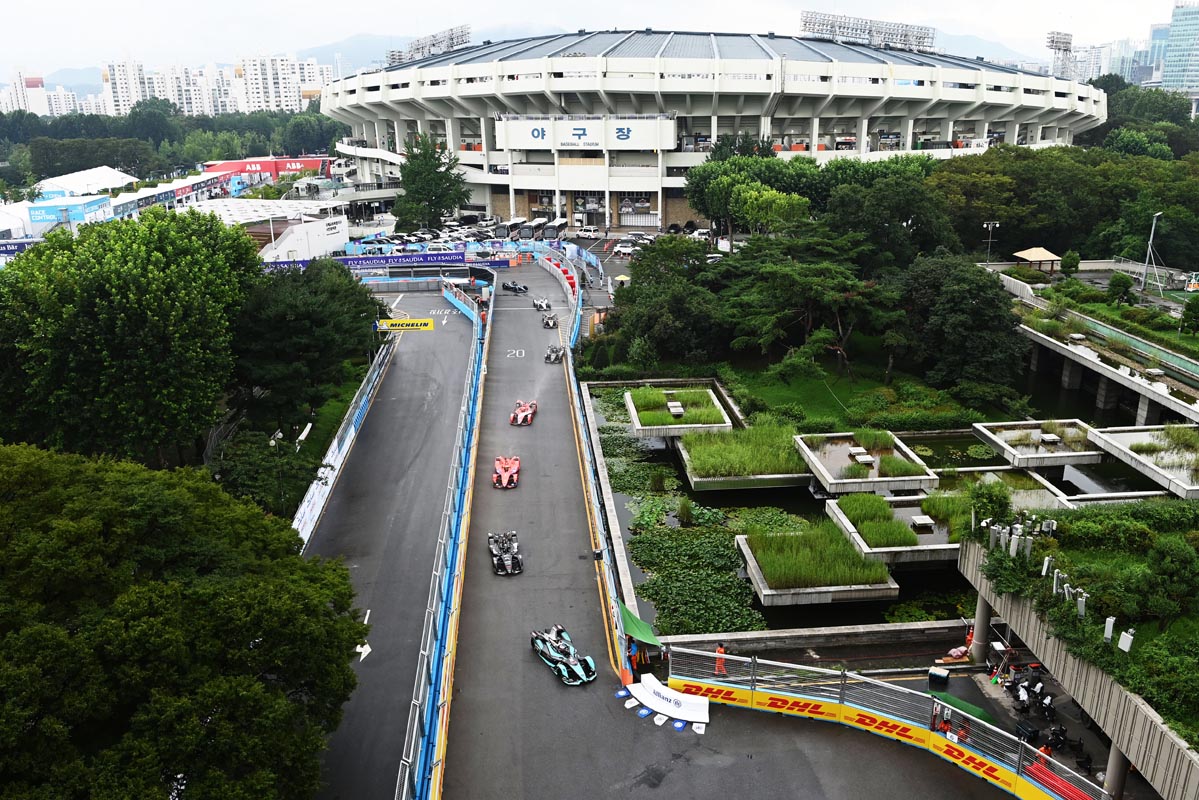 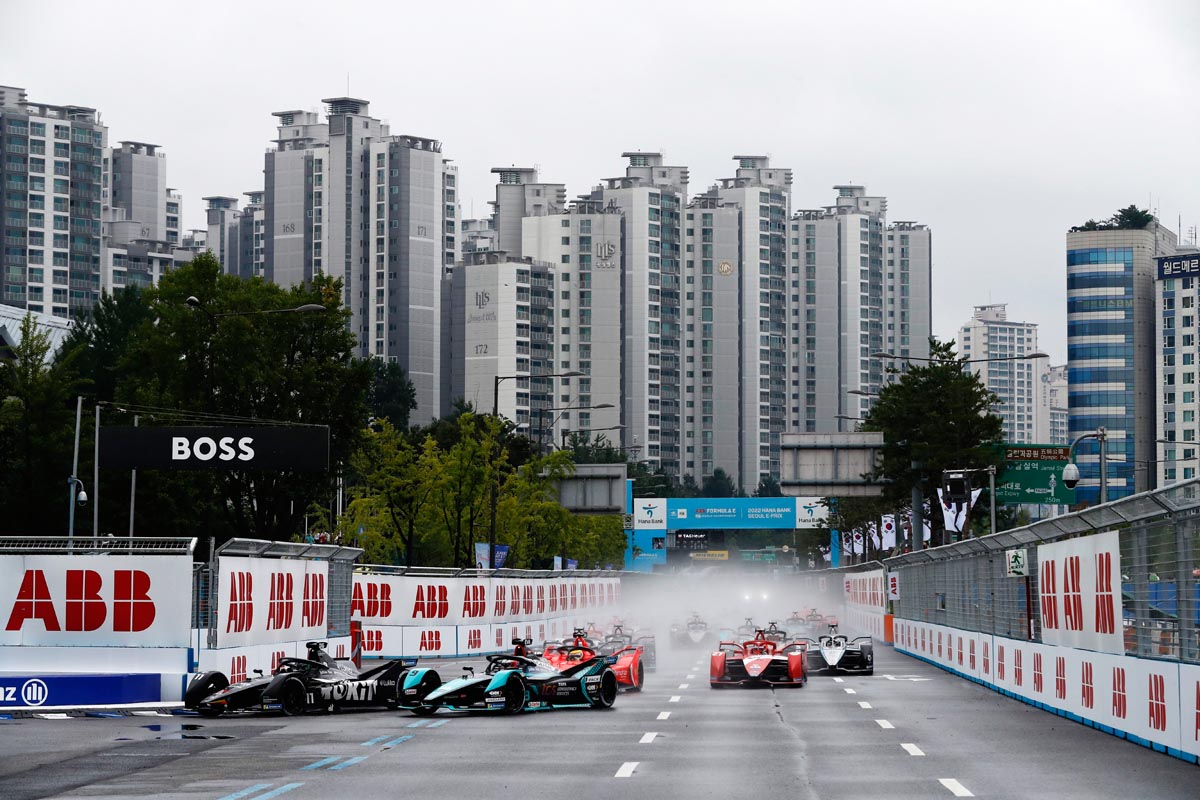