The Saudi Motorsport Company – Promoter of the FORMULA 1 STC SAUDI ARABIAN GRAND PRIX 2022 – is delighted to launch the opening of ticket sales for the second F1® race weekend to be staged in the Kingdom of Saudi Arabia, taking place on the weekend of March 25th – 27th, less than four months after its sensational debut on the world’s longest and fastest street circuit.

Tickets to the next edition of the spectacular Saudi Arabian race weekend will be on sale to fans at home and abroad from today. With the memories of the inaugural F1® race in the Kingdom still fresh in the minds of all who witnessed it, the return of Formula 1® to the Jeddah Corniche Circuit – now confirmed as the world’s longest and fastest street circuit – promises to be another magnificent weekend of racing action and live entertainment.

Furthermore, SMC is offering fans a limited supply of special ‘early bird’ discounts of 20% on the cost of all Grandstand and General Admission tickets. This exciting offer will be available for one week only until February 18th, 2022. SMC is therefore encouraging people to act fast and book their tickets for the FORMULA 1 STC SAUDI ARABIAN GRAND PRIX 2022 as soon as possible while this offer is still available.

The penultimate race of the 2021 season delivered a breathtaking battle between Mercedes’ Lewis Hamilton and Red Bull’s Max Verstappen, who traded blows on Jeddah’s high-speed circuit in front of an enthralled global audience of millions.

It is safe to say the race will be remembered as one of the most dramatic debut races in the history of the sport. The newly built Jeddah Corniche Circuit was lit up to spectacular effect under the night sky as the world’s best racing drivers delivered a race full of excitement.

There’s no doubt Hamilton’s 103rd victory in Formula 1®, in Jeddah, was one of his toughest in the epic World Championship battle that mesmerised the sporting world last season. Indeed, the outcome of the first Saudi Arabian F1® race meant that both drivers headed into the season finale on equal points (369.5 each), setting up one of the most thrilling finishes to a season that the sport has ever seen.

One thing is for sure, when the pinnacle of motorsport returns to Jeddah in March, the world can expect another exhilarating contest on the shores of the Red Sea coast. 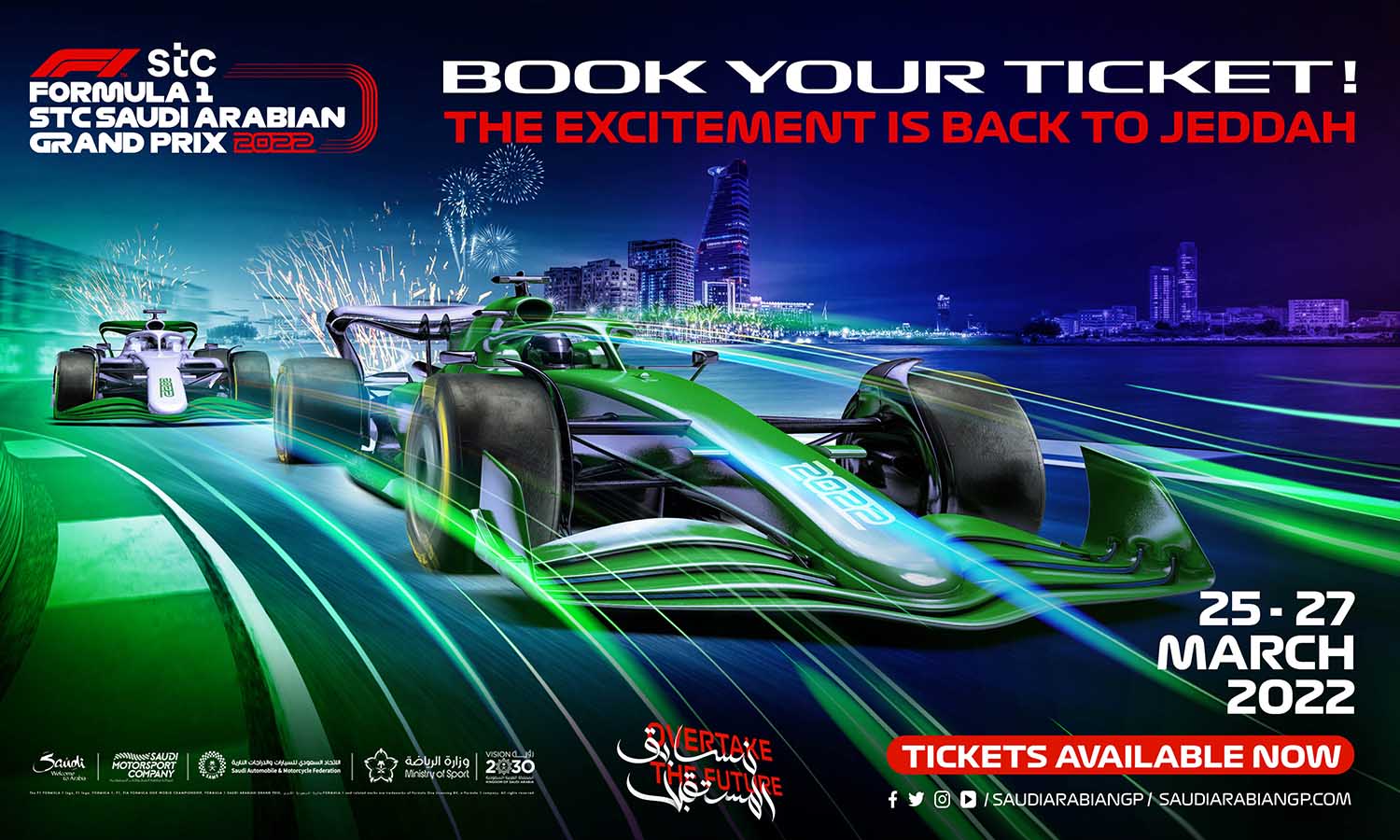 HRH Prince Khalid bin Sultan Al-Abdullah Al-Faisal, Chairman of the Saudi Automobile & Motorcycle Federation (SAMF) and Saudi Motorsport Company welcomed today’s announcement and urged fans to make sure they don’t lose out on this discount opportunity ahead of the return of F1® to the world’s fastest circuit: “We are thrilled to welcome Formula 1 back to Saudi Arabia so soon after the spectacular inaugural race last December that confirmed the Jeddah Corniche Circuit as the world’s fastest and longest street circuit. Fans were treated to a magnificent weekend of breath-taking racing action – culminating in one of the most exciting races of the season – and live music entertainment by some of the world’s biggest music stars. For our second race in March, we are aiming to go even bigger and better than before and encourage all fans to make sure they purchase their tickets as soon as possible so as not to miss out on the return of the pinnacle of motorsport to Jeddah – where Seeing is Believing!”

General Admission tickets have something for the ardent F1® fan as well as the casual adventure seeker, allowing fans a standing view of the on-track action alongside all the amazing experiences and activities on offer in the Fanzone – where big screens will also be showing the track action – over three incredible days at the Jeddah Corniche Circuit.

Grandstand tickets are currently for the Main & Central Grandstands. The two Main Grandstands are located side by side and provide outstanding views of the starting grid and Turns 1 & 2 – one of the most exciting sections of the whole track where so much of the action happened at the inaugural F1 race. Aside from this amazing view, fans will also have a great sightline of the pit & team buildings along with limited visibility into the pit lane and F1 team garages. The second Main Grandstand will replace the Southern Grandstand this year, which was previously located at turn 27.

Meanwhile, the Central Grandstands offer fans visibility of two sections of the narrow track for the price of one ticket with brilliant views of Turns 5 – 10 and Turns 16-21!

Hospitality tickets offer guests the most luxurious and glamorous experience possible at the race weekend. Not only are fans provided with the best views of the racing action on the stunning Jeddah Corniche Circuit, but a hospitality ticket also functions as a great networking, client entertainment and B2B opportunity.

F1® fans can also choose to visit the legendary F1 Paddock Club to enjoy the race weekend in style in the Jeddah Corniche Circuit’s state-of-the-art Pit & Team Building overlooking the magnificent Red Sea coastline. No other sports hospitality event has the luxury of a whole weekend like Paddock Club, so there’s more than enough time to enjoy all the F1® experiences on offer here. On one side you can look down into the Paddock where drivers, celebrities and F1® legends will mingle. On the other, you will look down onto the pit lane and starting grid with an incredible view of the Jeddah waterfront on the horizon.

In addition to the F1® racing itself, all ticket holders will also be able to enjoy watching the all-action support series as well as participate in and witness the many entertainment activities, fan festivals and live concerts that will be taking place across the circuit and F1® Fanzone all weekend.

To purchase your ticket to the FORMULA 1 STC SAUDI ARABIAN GRAND PRIX 2022, you can visit www.saudiarabiangp.com 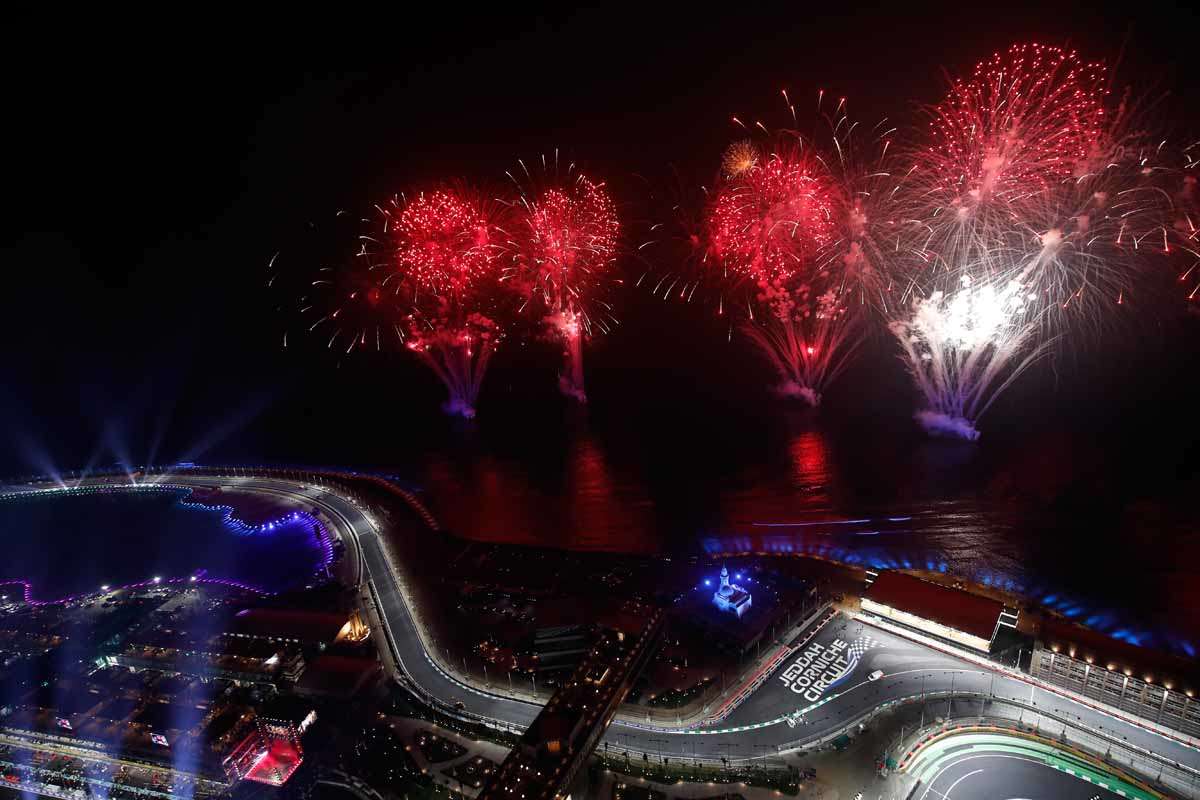 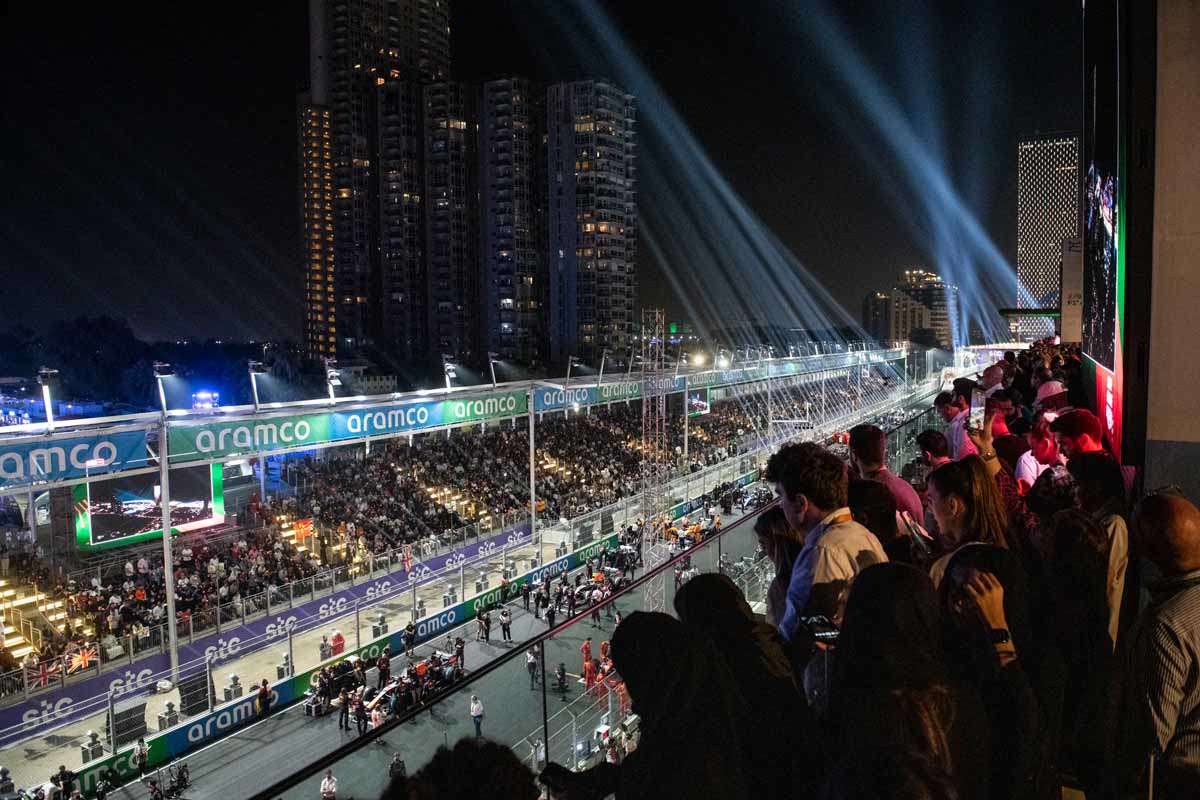