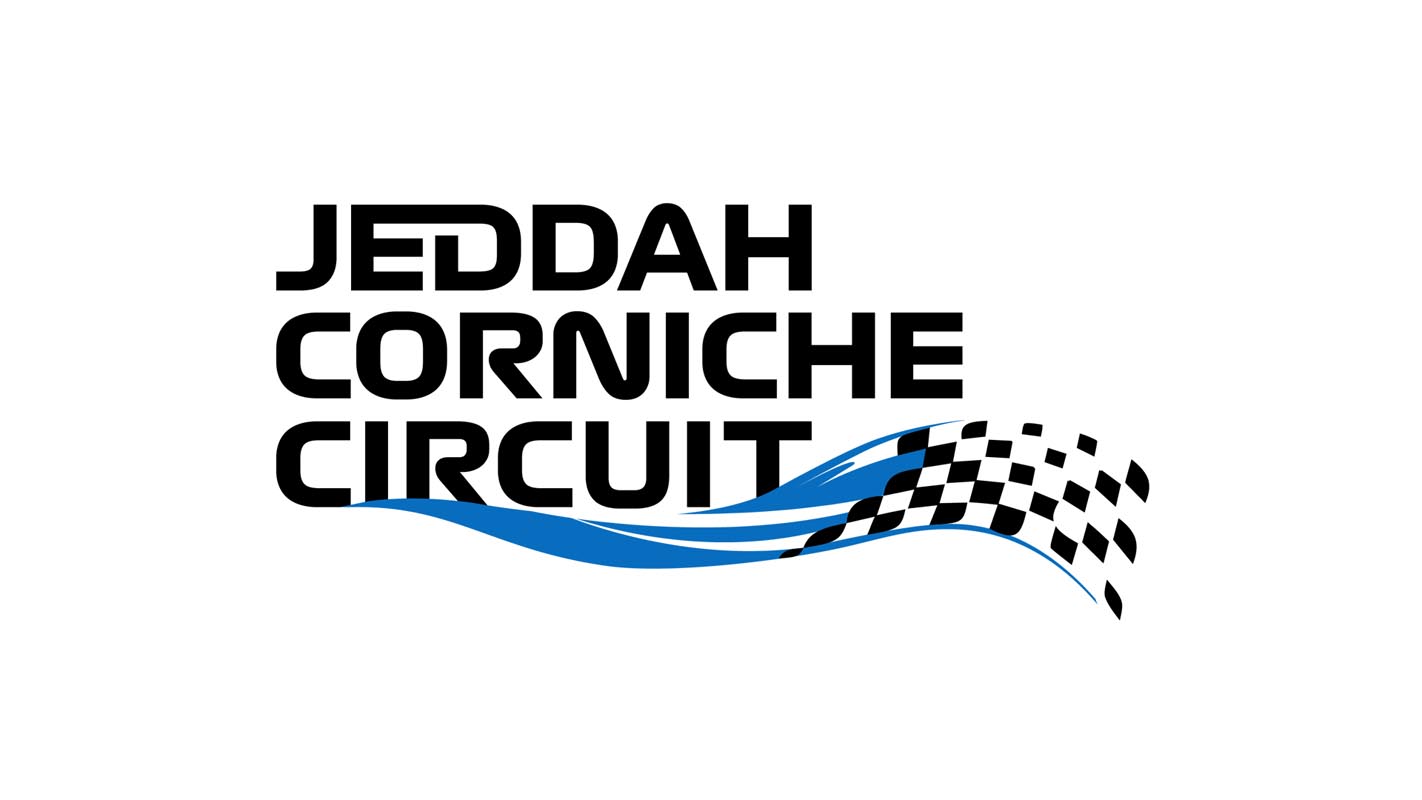 The Saudi Automobile & Motorcycle Federation (SAMF) – Promoter of the FORMULA 1 STC SAUDI ARABIAN AGRAND PRIX 2021 – today unveiled the new and official Jeddah Corniche Circuit logo which will serve as the identifying marker for the newest, fastest and longest street circuit in the world which is set to stage the penultimate round of this enthralling F1® season.

With exactly 2 months to go until the pinnacle of motorsport arrives in Jeddah on the weekend of December 3rd -5th, the Jeddah Corniche Circuit’s newly designed logo has been fashioned to showcase the Kingdom’s authentic identity, rich heritage, vast capabilities and strong position as the newest home for global motorsport and entertainment events.
To view up-to-date images & videos of the Jeddah Corniche Circuit – including the new Logo – please click here.

In line with the Kingdom’s Vision 2030 initiative, SAMF has worked tirelessly to merge the same ambition, passion and desire for a brighter future with the values of the FORMULA 1 STC SAUDI ARABIAN GRAND PRIX 2021 – values that are reflected in the new logo that will serve as the visual identity of the most modern and exciting track in Formula 1®.

In designing the logo, SAMF ensured it recognized the magnitude of the task at hand, going to great lengths to fully engage with Formula 1®’s own history & brand identity and to pay respect to the outstanding work done by other Formula 1 racetracks past & present, all with the purpose of creating a distinctive brand identity for the Jeddah Corniche Circuit as it prepares to welcome the greatest drivers on the planet later this year.
To view up-to-date images & videos of the Jeddah Corniche Circuit – including the new Logo – please click here.

In constructing a logo with a wave design, it pays tribute Jeddah’s identity as a seafront city – located as it is on the shores of the magnificent Red Sea – before the wave transforms into a checkered flag, arguably the most recognisable symbol in motorsport. Finally, the logo is accompanied by a bold yet straightforward wordmark that has an impactful futuristic approach, all composed as one unit.

The result is a trademark that communicates simplicity and authenticity that resembles Jeddah as a modern city with the look and feel of an F1® race, reinforcing the powerful racing culture and rich sporting heritage that has found a new home in Saudi Arabia and which forms the core idea behind this brand identity.

Progress on the soon-to-be fastest and longest street track in motorsport is continuing apace with the track construction team close to completing the all-important asphalt layering process across the 6.175km long circuit, a vital stage in the development of the brand-new Jeddah Corniche Circuit. This follows the recent completion of the outline of the F1® track – including all run-off zones as well as the shaping of the spectacular 12-degree banked curve at Turn 13.

Moreover, with the foundations now laid, the main structures such as the Pit & Team Building have started to be erected in a further sign that the most eagerly anticipated circuit in motorsport is reaching the final stages of construction. The newest Pit & Team Building in F1® will overlook the starting grid and back on to Jeddah’s majestic Red Sea coast. The 280m-long, four-storey, cutting-edge structure is due for completion by November in line with the expected overall track completion. Never has an F1® circuit been constructed in such a short space of time and in such spectacular fashion.

HRH Prince Khalid Bin Sultan Al Abdullah Al Faisal, Chairman of the Saudi Automobile & Motorcycle Federation (SAMF) welcomed the unveiling of the new Jeddah Corniche Circuit, commenting today: “We are thrilled to present our beautiful circuit’s new logo to the world with just a few months to go until the arrival of F1 in the Kingdom. It is with great pride that we prepare to welcome F1 fans to Jeddah in December to witness the pinnacle of motorsport race on the fastest, longest and most exciting street circuit in the sport – a circuit that already stands out for its unique character and identity, which is so clearly represented in its beautiful logo.

Much as the stunning Jeddah Corniche Circuit itself, this logo stands as a symbol of this youthful nation’s willingness to dream big and its relentless desire to make those dreams a reality in the pursuit of a better future for all its citizens. The upcoming months will see our team fully dedicated to delivering this showpiece event to the world. We can’t wait to share our dream with you all in December!”

CEO of the Formula 1 Saudi Arabian Grand Prix, Martin Whitaker, also added: “The rate of progress on the development of the Jeddah Corniche Circuit as we enter the crucial final period of the track build is very good. With almost all the base course tarmac laid by early September, we are now in the assembly stage of the circuit’s permanent and semi-permanent structures, including the stunning 280-metre-long Pit & Team buildings alongside other buildings including the Fan Zones and grandstands. Completing such an undertaking in under nine months is a massive task but with just over two months to go, we are nearing the finish line on completion of the world’s longest, fastest and newest street circuit…built in record time. “ 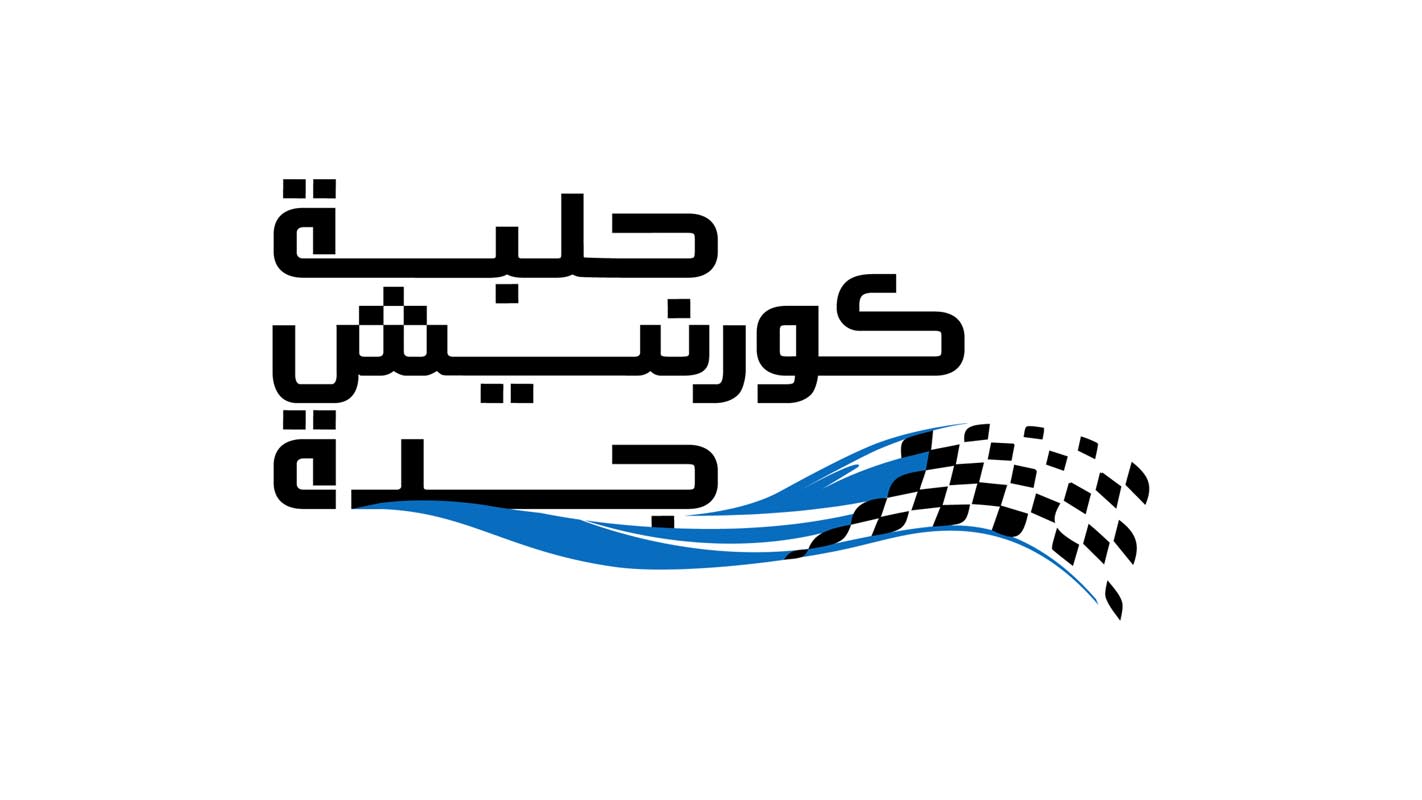 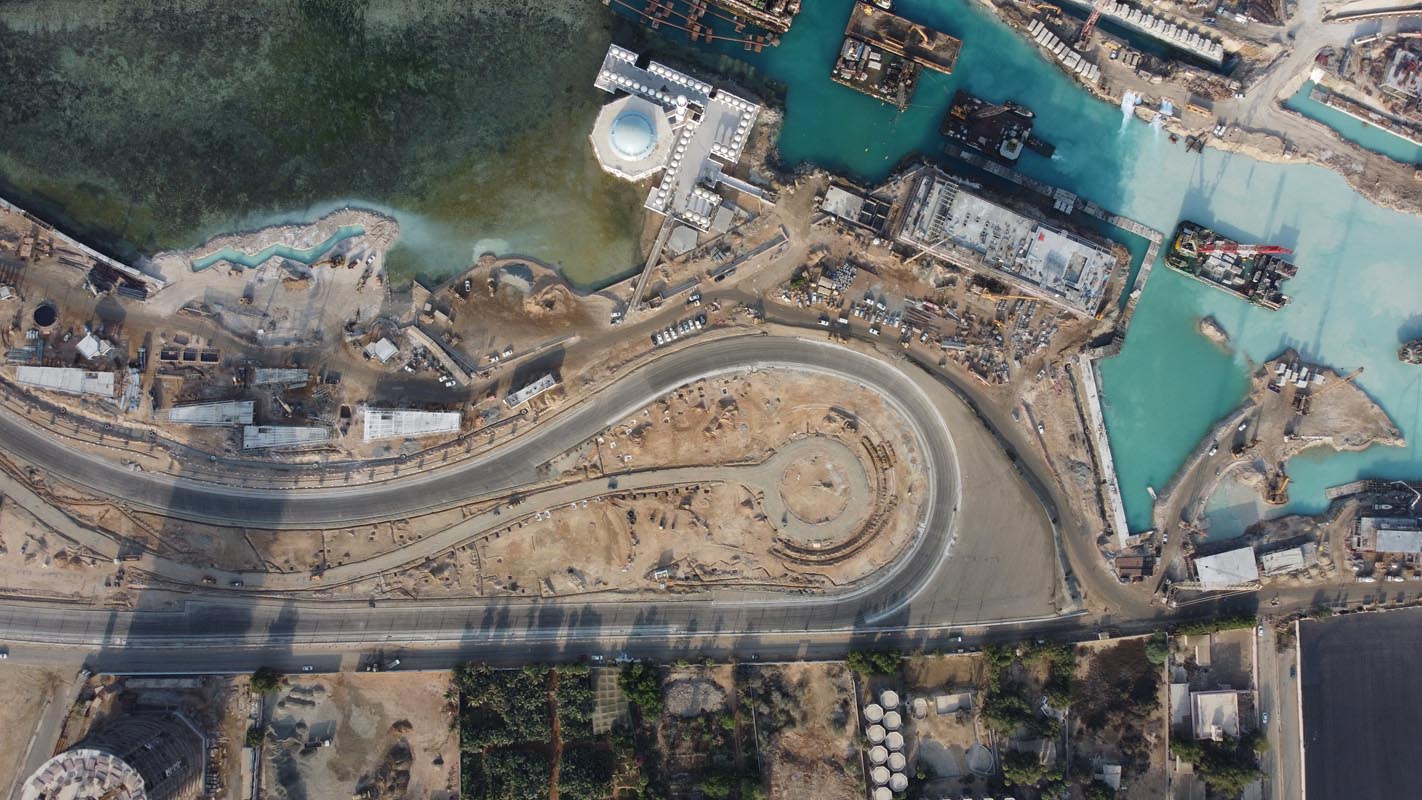 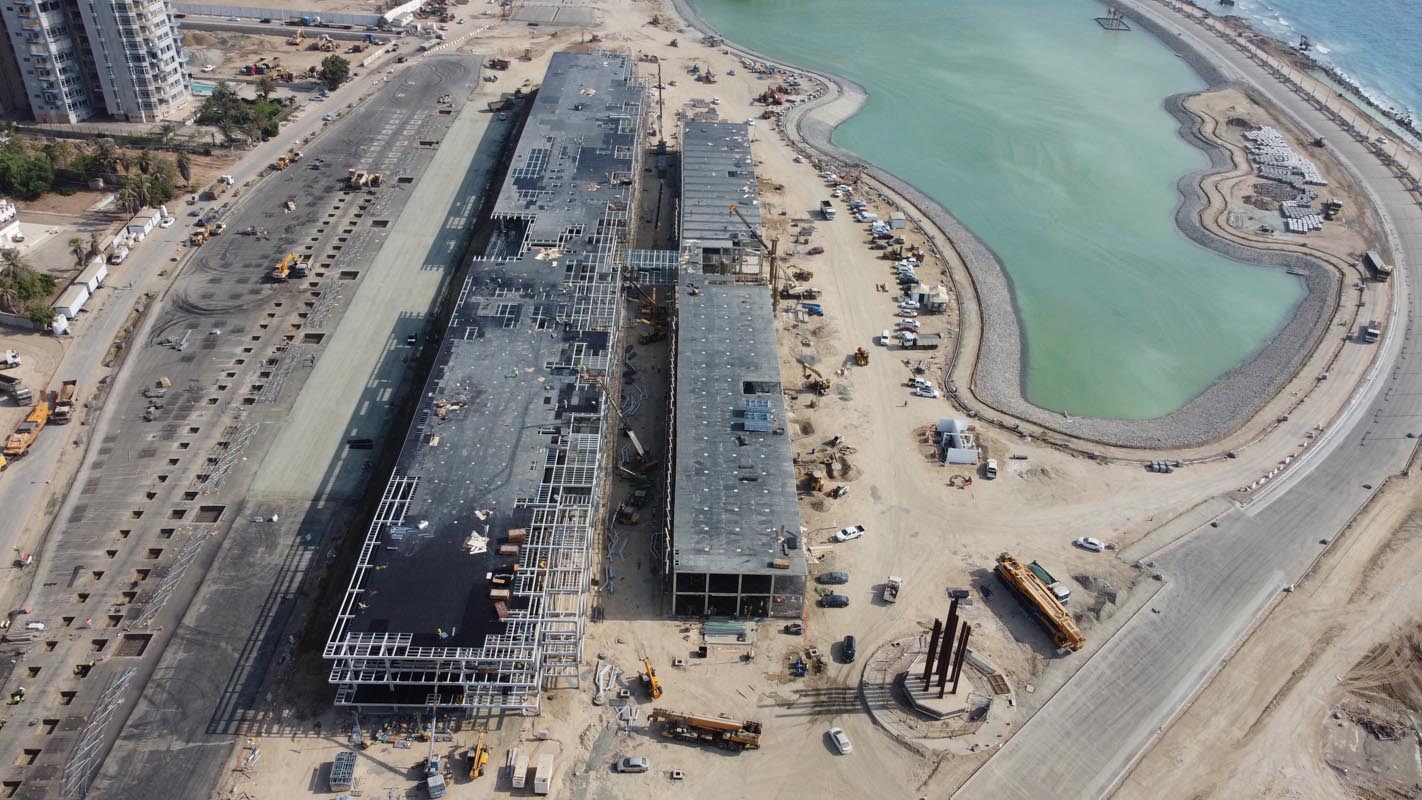 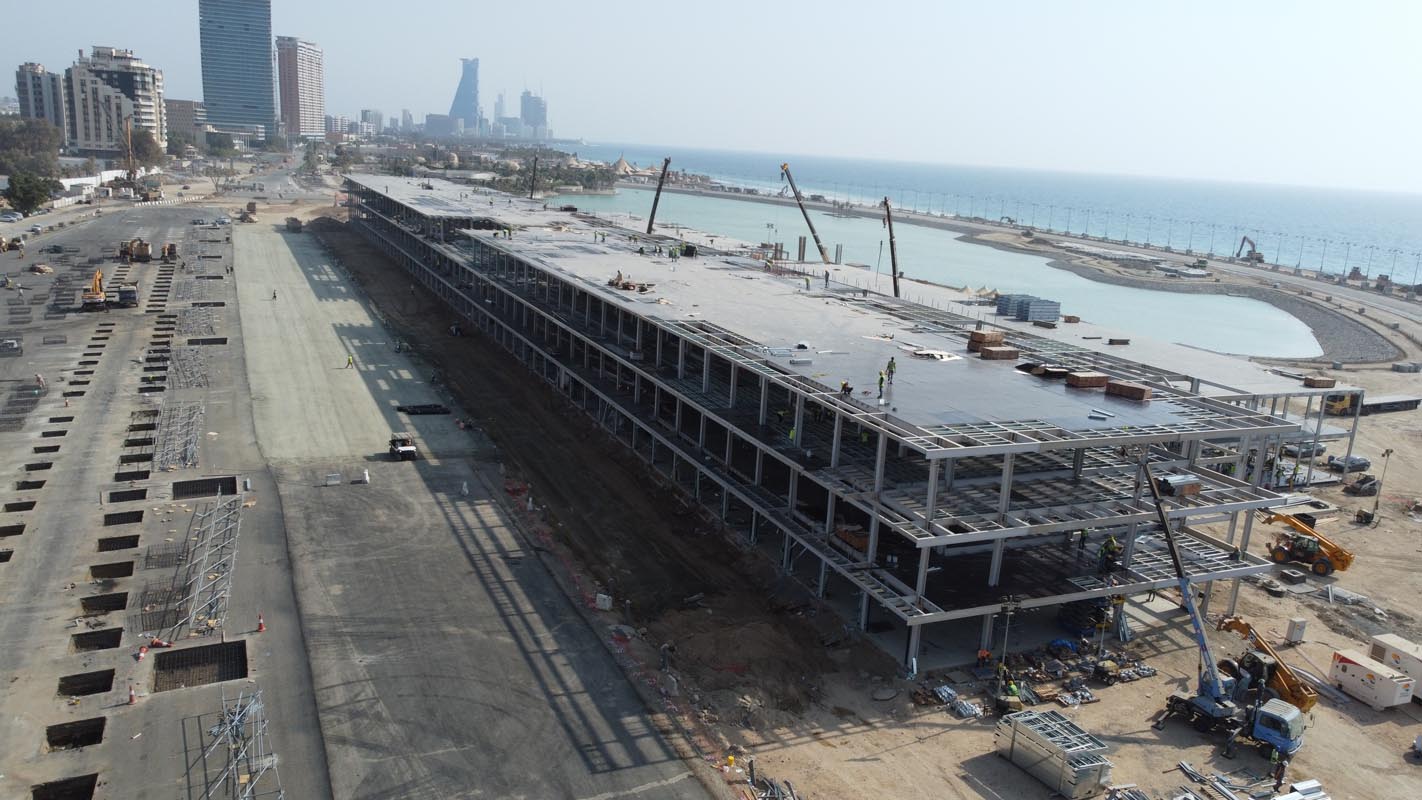