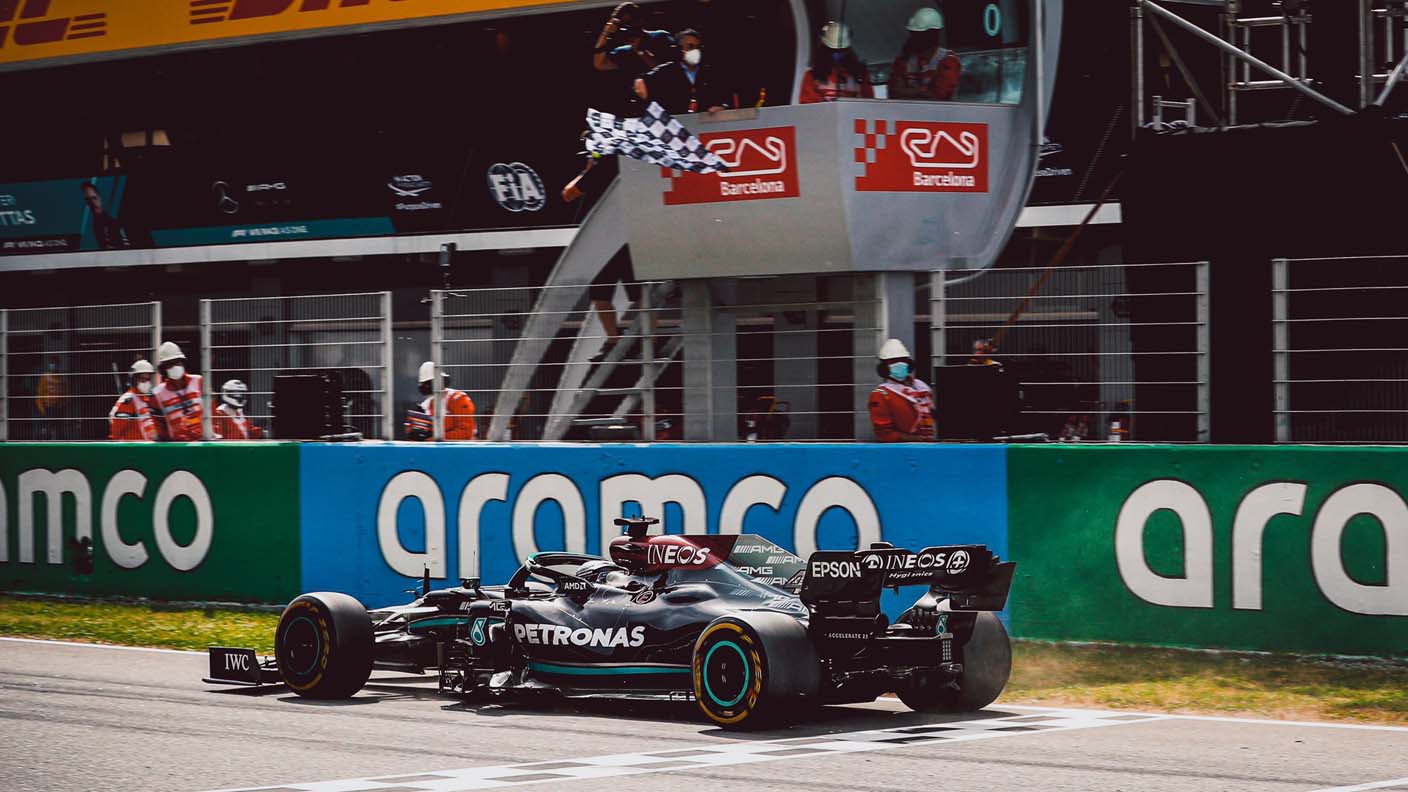 Mercedes’ Lewis Hamilton edged a close strategic battle with Red Bull Racing’s Max Verstappen to claim victory at the Spanish Grand Prix, working a two-stop strategy to recover a lead lost to the Dutchman at the race start as Red Bull tried to keep Verstappen’s tyres alive on a one-stop plan.

At the race start, front-row starter Verstappen made a better start than polesitter Hamilton and on the long run to Turn 1 he managed to move ahead of the Mercedes driver before holding a strong line through Turn 1 to seize the lead.

In doing so the Red Bull driver forced Hamilton wide and the Mercedes man recovered he held up team-mate Valtteri Bottas. The dselaye allowed Ferrari’s Charles Leclerc to sneak past the Finn and steal third place. Behind Bottas McLaren’s Daniel Ricciardo climbed from P7 on the grid to fifth at the start while Sergio Pérez in the second Red Bull passed the second Ferrari if Carlos Sainz and Alpine’s Esteban Ocon.

On lap nine Yuki Tsunoda’s AlphaTauri slowed and the Japanese driver was forced to stop at the edge of the circuit at Turn 10. That brought out the safety car and when racing resumed on lap 11 Verstappen controlled the re-start well to keep his lead ahead of Hamilton and Leclerc.

Bottas made his first stop on lap 23 and successfully undercut Leclerc to vault the Ferrari driver who waited until lap 28 to shed his starting soft tyres.

Verstappen made his first pit stop of the race at the end of lap 24 but the halt was a slow one as a problem with the rear left kept the Red Bull driver stationary for 4.2 seconds. He rejoined in third position but soon began to claw back time on Hamilton who now led.

Mercedes didn’t immediately respond to Verstappen’s stop and Hamilton stayed out for a further five laps before making a pit stop for medium tyre. The Mercedes driver resumed six seconds behind Max but armed with fresher tyres he quickly began to reel in the Red Bull and at half distance he pulled into DRS range.

Then, at the end of lap 42, Hamilton suddenly arrowed into the pit lane and took on a second set of medium tyres. The Mercedes driver emerged in third place behind Bottas and 23 seconds behind Verstappen who stayed out on track to keep track position and hope his rapidly ageing medium tyres would hold enough pace to keep Hamilton at bay.

But as the race wore on that hope looked increasingly forlorn. With 15 laps to go Hamilton had halved the gap to the Dutchman and a handful of laps later the gap was down to 3.0s. On lap 60 Hamilton got DRS on the pit straight and powered past the helpless Dutchman into Turn 1.

With the win now beyond Verstappen, Red Bull pitted the Dutchman at the end of the same lap for a new set of soft tyres and on lap 62 he set a lap of 1:18.149 the bag the point for fastest lap.

Four laps later Hamilton crossed the line to take his 98th win and his third of the season ahead of Verstappen, Bottas, Leclerc and Pérez. Ricciardo took sixth place ahead of Ferrari’s Carlos Sainz, while McLaren’s Lando Norris took eight place. Ninth place in the race went to Alpine’s Esteban Ocon and the final point on offer went to Pierre Gasly. 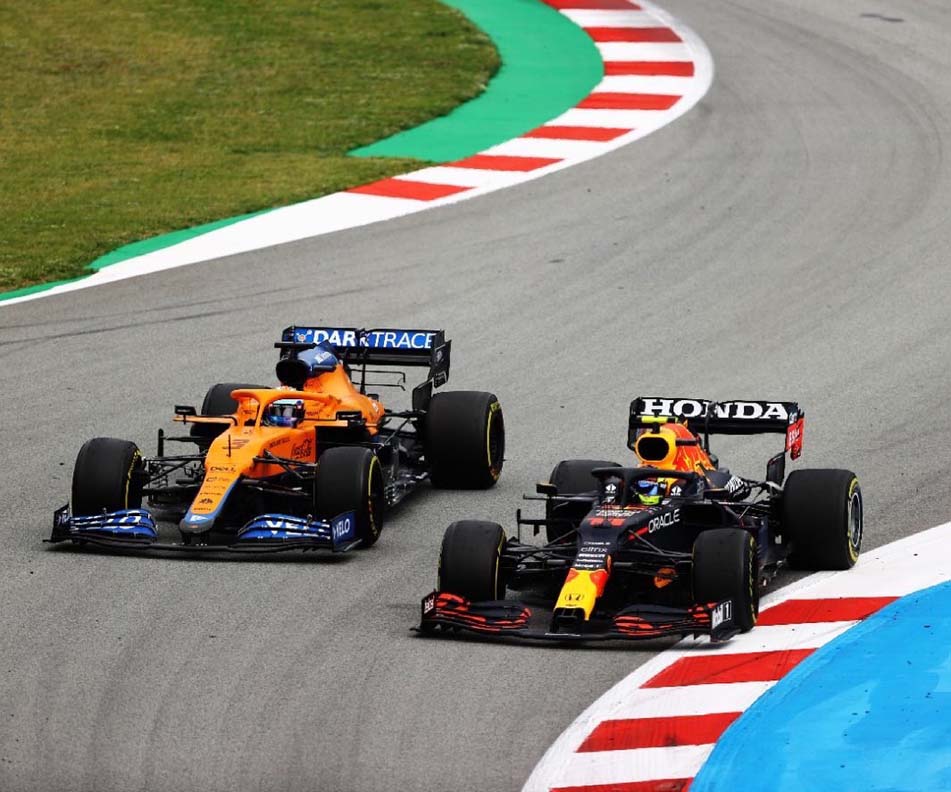 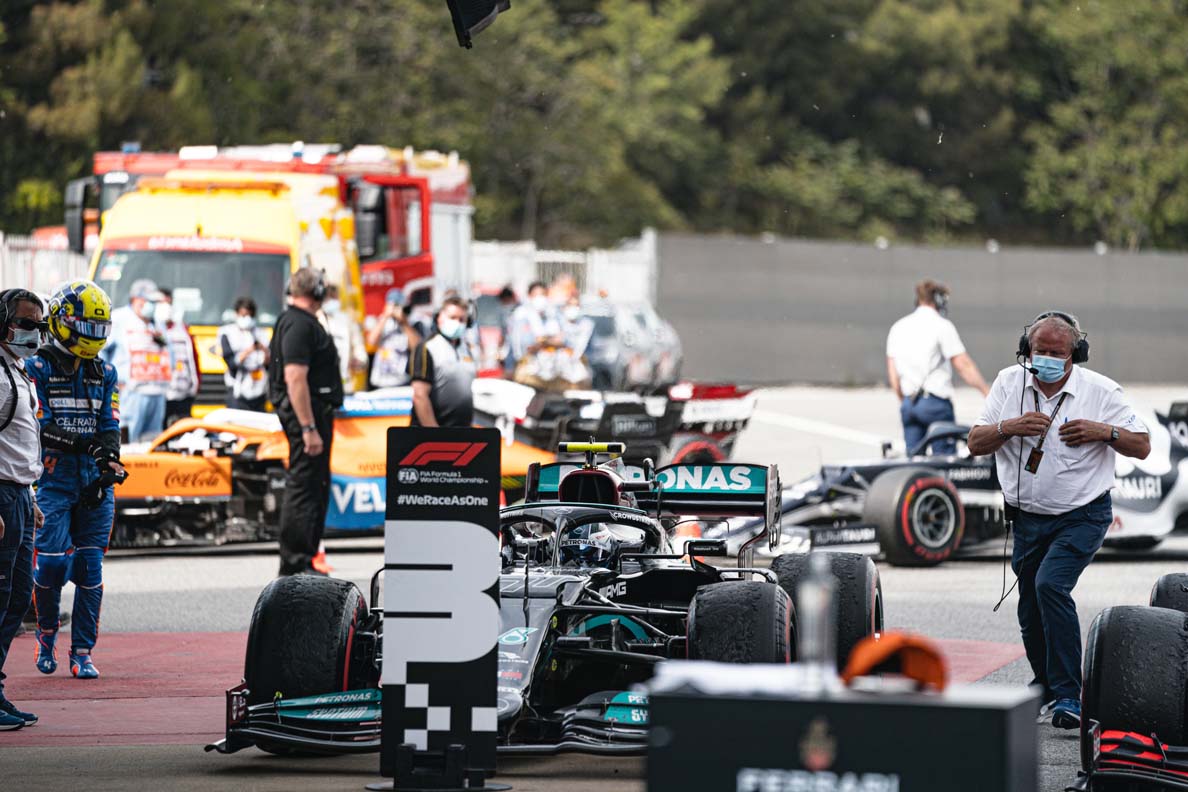 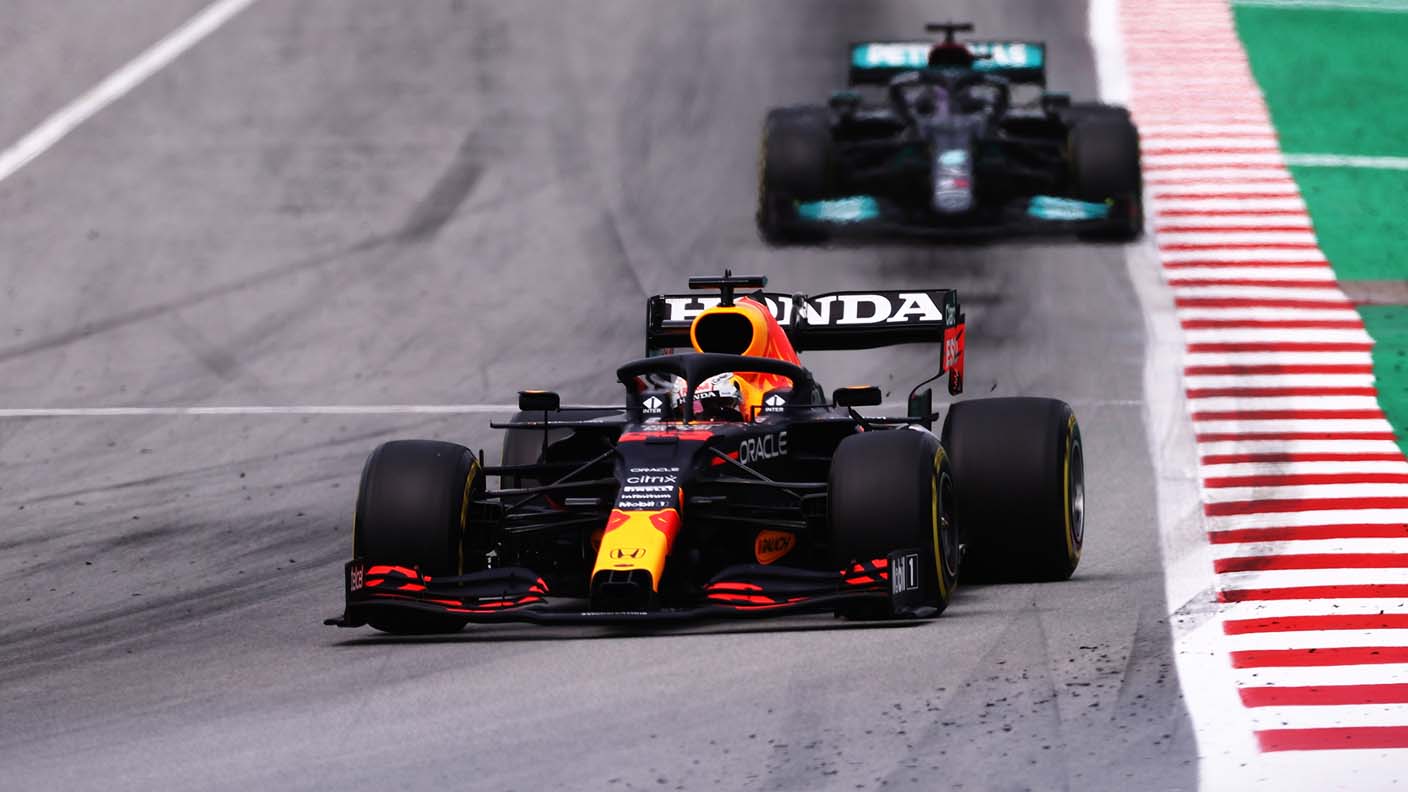 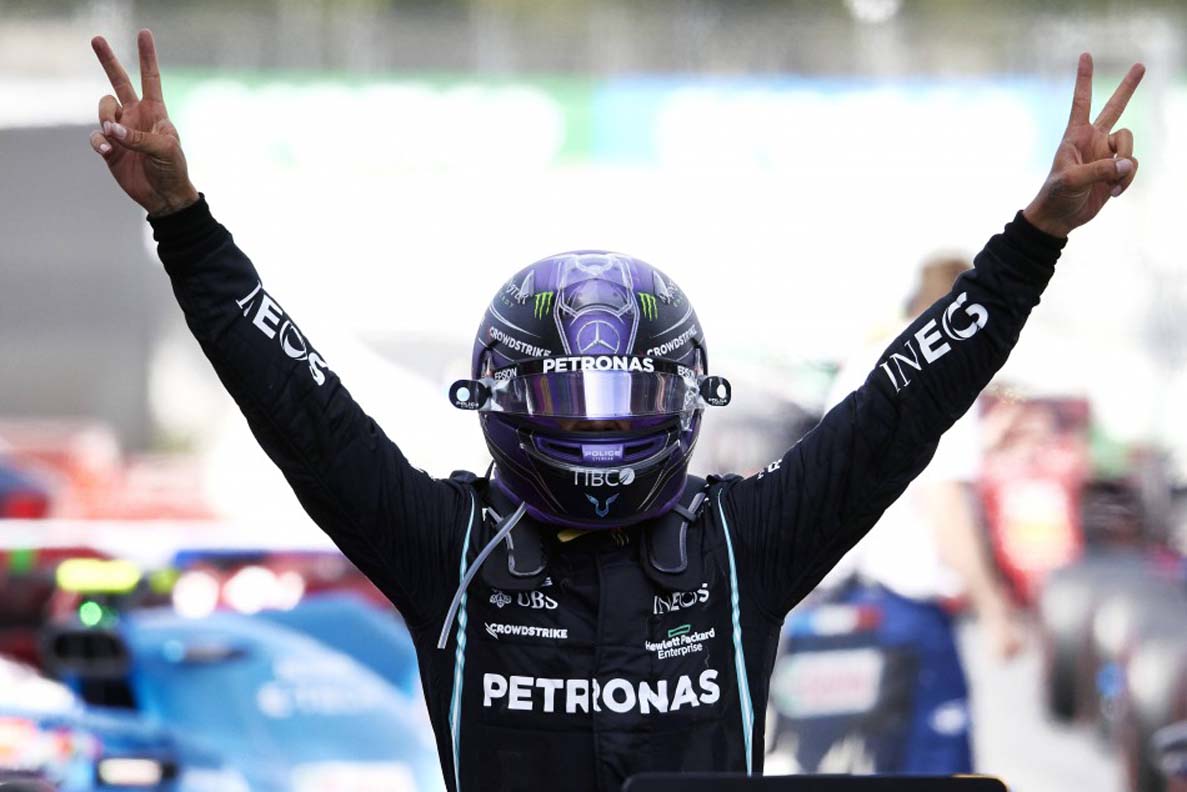 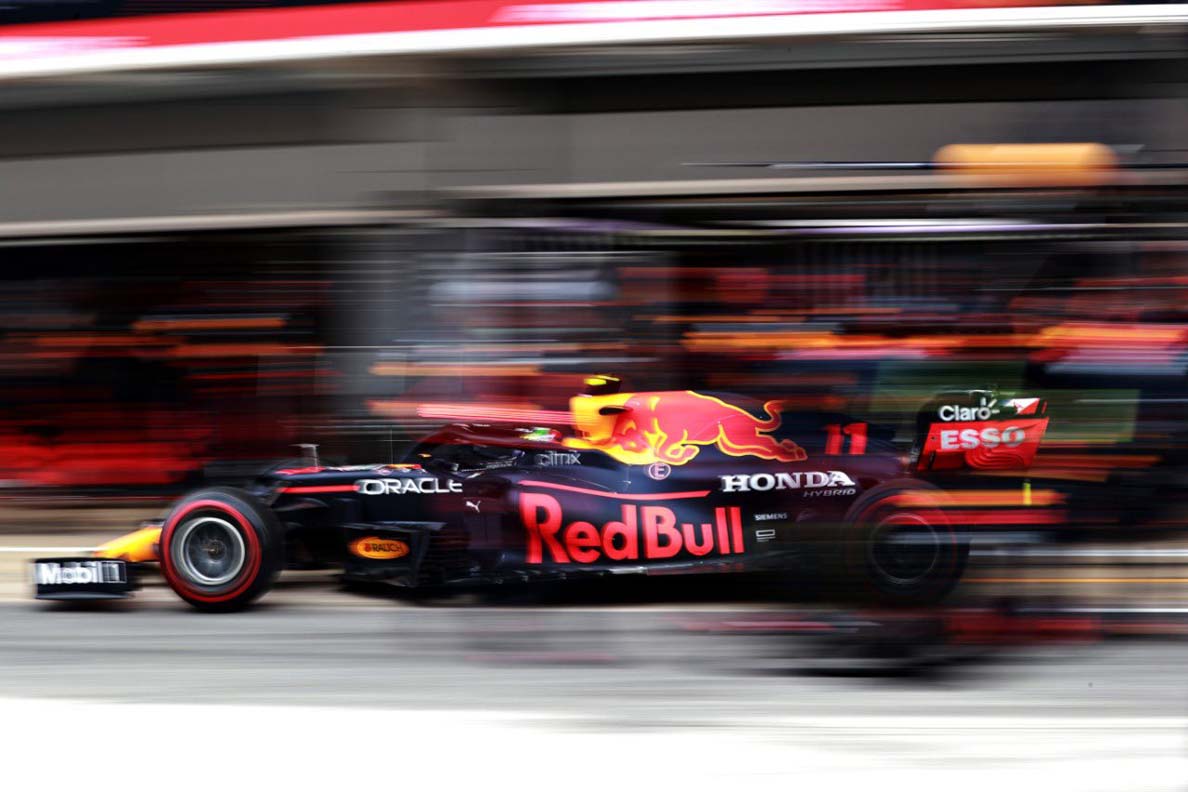