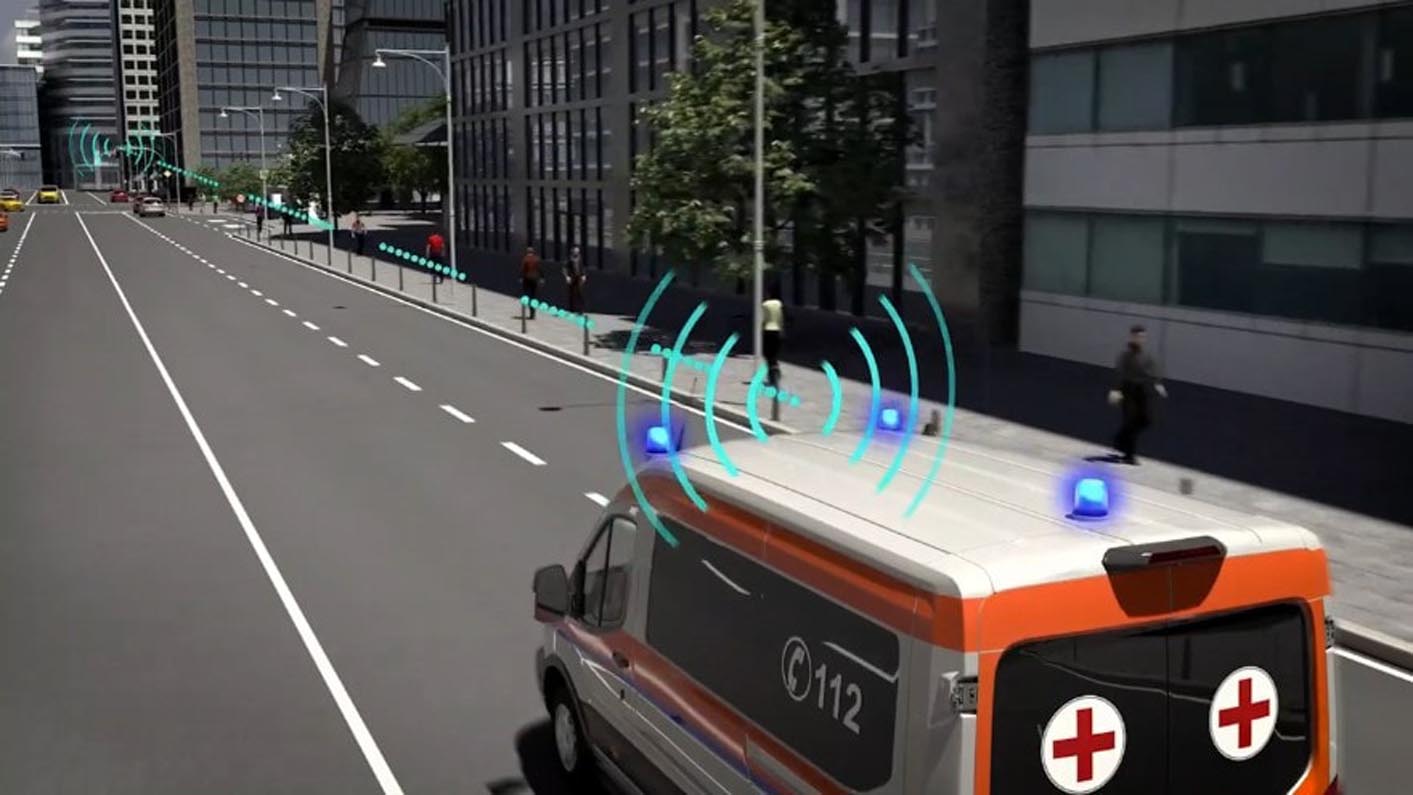 In emergency situations, anything that causes first responders to slow down affects how quickly they can arrive at the scene – and such delays can prove fatal. 1

Ford has trialled connected traffic light tech that could automatically go green to offer clearer routes for ambulances, fire engines and police vehicles. 2 They could also help reduce the risk of an accident caused by first responders driving through red lights. 3

“Whether it’s a fire engine attending a blaze or an ambulance that is en route to an accident, the last thing anyone wants is for these drivers to be caught up among other vehicles waiting for the lights to change,” said Martin Sommer, research engineer, Automated Driving Europe, Ford of Europe.

Congestion, as well, could be reduced with traffic lights sending the red-green timing information to approaching vehicles.

The trial was part of a broader project that involved testing automated and connected vehicles and networked infrastructure in highway, urban and rural areas. This research exemplifies Ford’s commitment to using connectivity and innovation to improve the driving experience.

The Ford Kuga Plug-In Hybrid test vehicle, equipped with on-board units (for communicating with the infrastructure) and rapid control prototyping hardware (for running the prototype software in the vehicle), acted as an ambulance and passenger vehicle for the different test scenarios.

For testing daily driving situations, the test vehicle received the timing information for when the traffic lights turned from red to green and green to red. Ford’s Adaptive Cruise Control technology then adapted the vehicle’s speed to help ensure a higher proportion of traffic encountered a green light. 4

When the traffic light was red, the vehicle’s speed was reduced well ahead of the junction to time the vehicle’s approach to arrive at the light the moment it turned green, for example from 50 km/h to 30 km/h.

For vehicles encountering a red light, the technology could still help to minimise harsh braking and the time spent at a standstill. The vehicle received the traffic light information well ahead of the junction and slowed down earlier, helping to reduce congestion.

The communication between vehicles and traffic lights is enabled by C-V2X (Cellular Vehicle-to-Everything) technology, a unified platform that connects vehicles to roadside infrastructure, other vehicles and other road users.

Ford engineers tested this system as part of the Corridor for New Mobility Aachen-Düsseldorf (ACCorD) project, funded by the German Federal Ministry for Digital and Transport and supported by RWTH University Aachen, Vodafone, Straßen.NRW (the road authority for North Rhine Westphalia) and the City of Aachen. The project ran from Jan. 2020, to March this year. 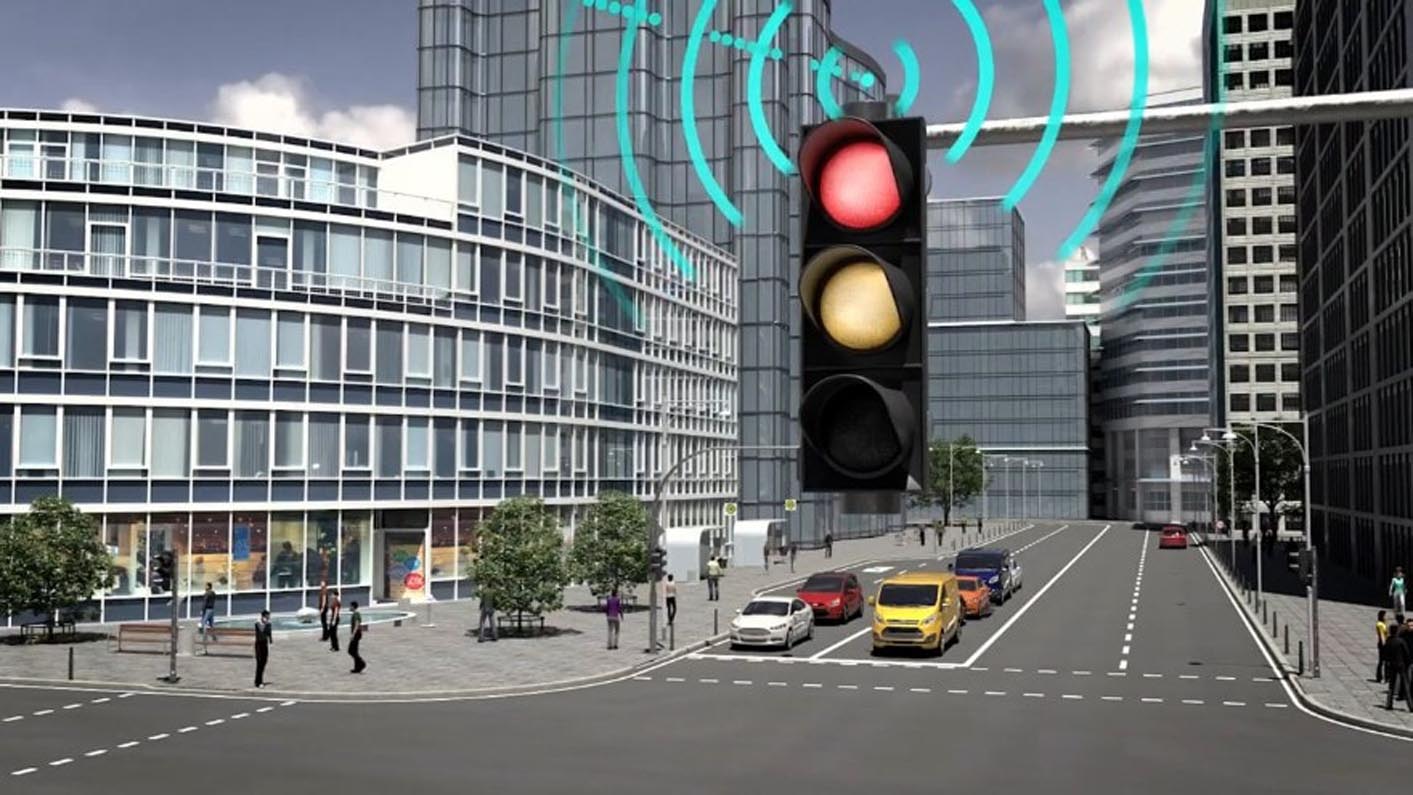