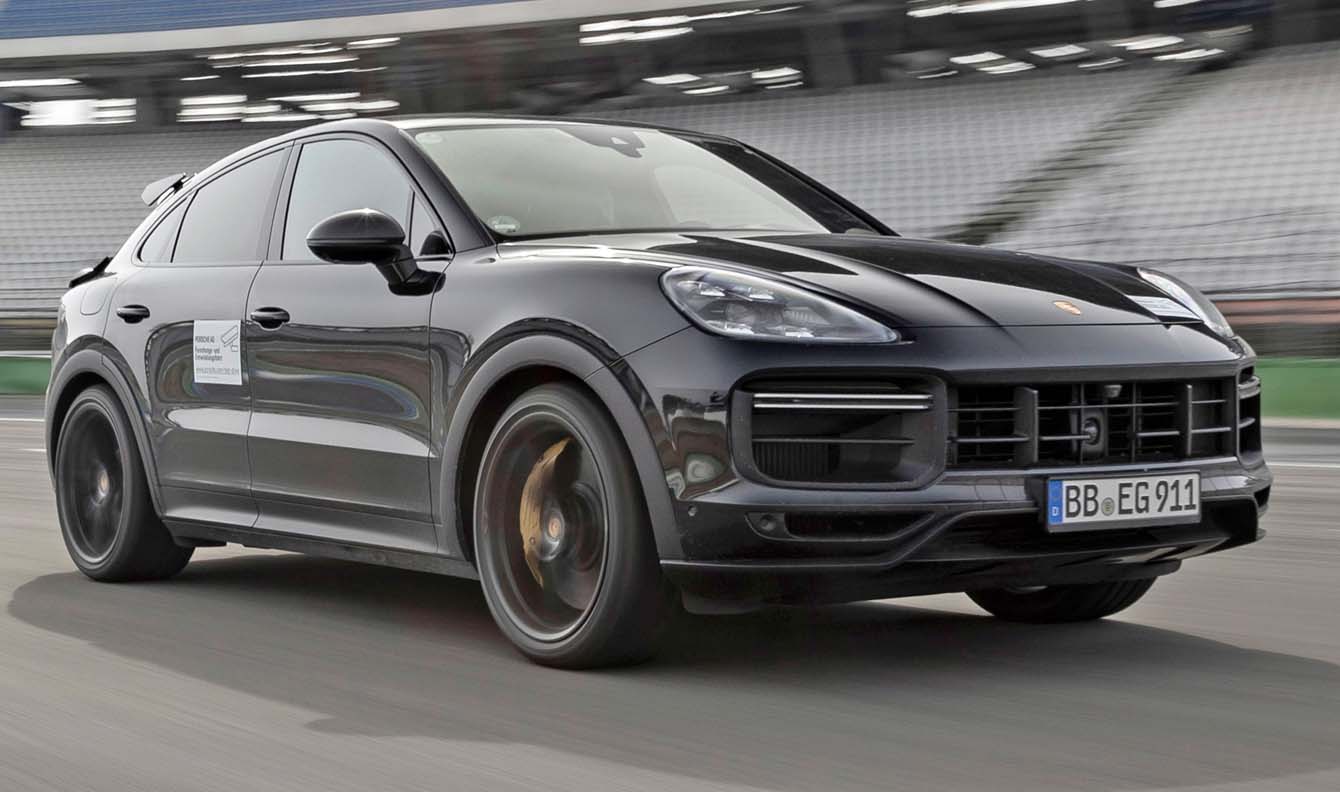 Walter Roehrl has been putting a still lightly camouflaged prototype of a powerful new Cayenne model through its paces in a tough test of its capabilities. The two-time World Rally Champion and Porsche Brand Ambassador completed numerous test laps in the high-performance SUV on the Grand Prix circuit of the Hockenheimring. In his assessment of its driving dynamics, he described the new Cayenne as a “great leap forward compared to everything that has gone before. This car redefines the meaning of the term SUV”.

Since its debut back in 2002, the Cayenne featured Porsche-typical performance combined with a high degree of everyday usability and variability. In the first years, Especially dynamic models included the first Cayenne Turbo S, which had an outstanding power output for 2006 of 521 PS (383 kW), and the GTS models, which were specifically tuned for sportiness from 2007.

With the new model Porsche aims to underline its claim to best-in-class performance once again by focusing on exceptional on-road performance without neglecting driving comfort and everyday usability. The derivative is currently undergoing final testing and optimisation for series production.

It is based on the current Cayenne Turbo Coupé but has been designed and developed even more single-mindedly to provide the ultimate in terms of longitudinal and lateral dynamics.

“The PDCC always keeps the body balanced and level even during very spirited cornering,” explains Porsche test driver Lars Kern, who has accompanied the development of the new high-performance model right from the start. Its handling is also improved by its comprehensively revamped front axle: “Compared with the Cayenne Turbo Coupé, the front rims are now half an inch wider, and negative camber has been increased by 0.45 degrees in order to provide a larger contact area for the 22-inch sports tyres newly developed especially for this model,” says Kern.

Accompanied by the emotive sound of the new titanium exhaust system, which is equipped with centrally positioned tailpipes, Walter Roehrl drove lap after lap on the Hockenheimring and summarized: “The car remains incredibly stable even in fast corners, and its turn-in behaviour is extremely precise. More than ever, you have the feeling that you are sitting in a compact sports car rather than in a large SUV.” 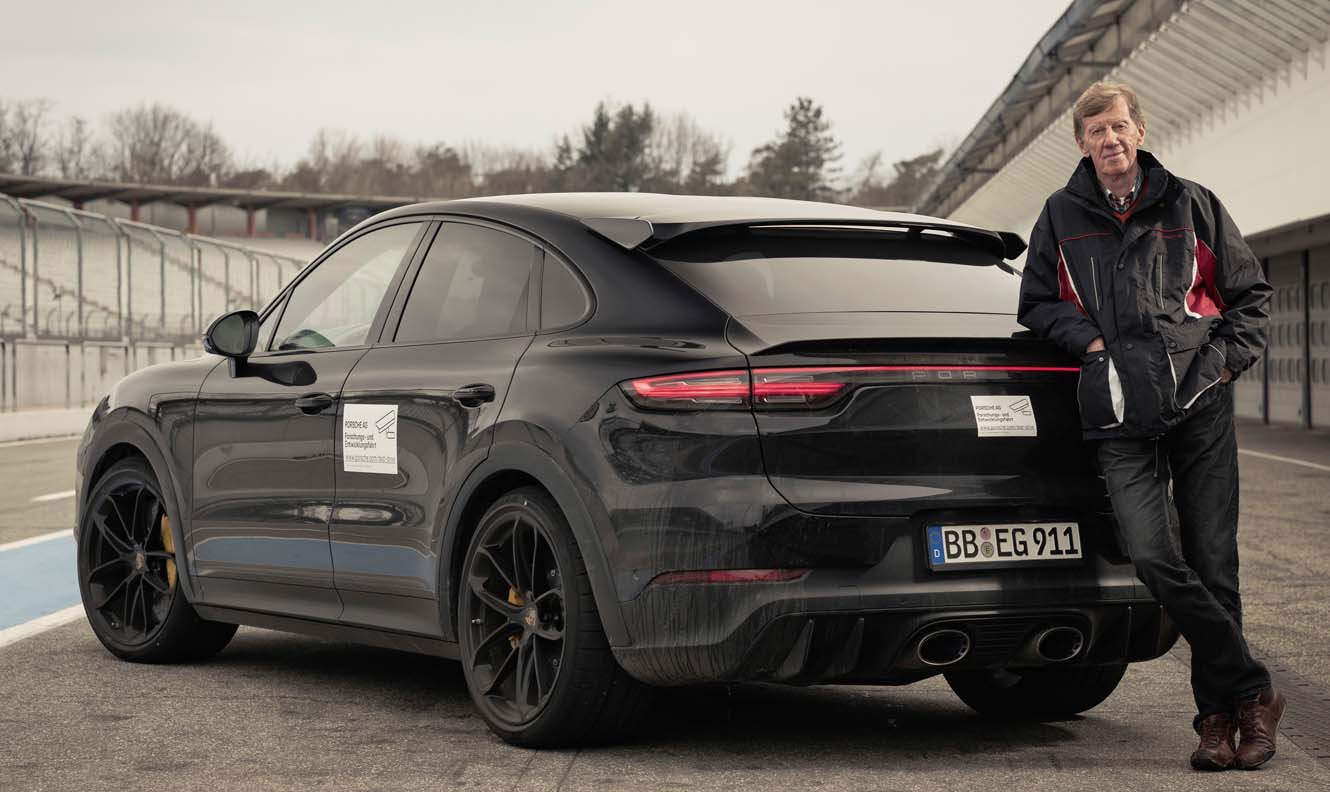 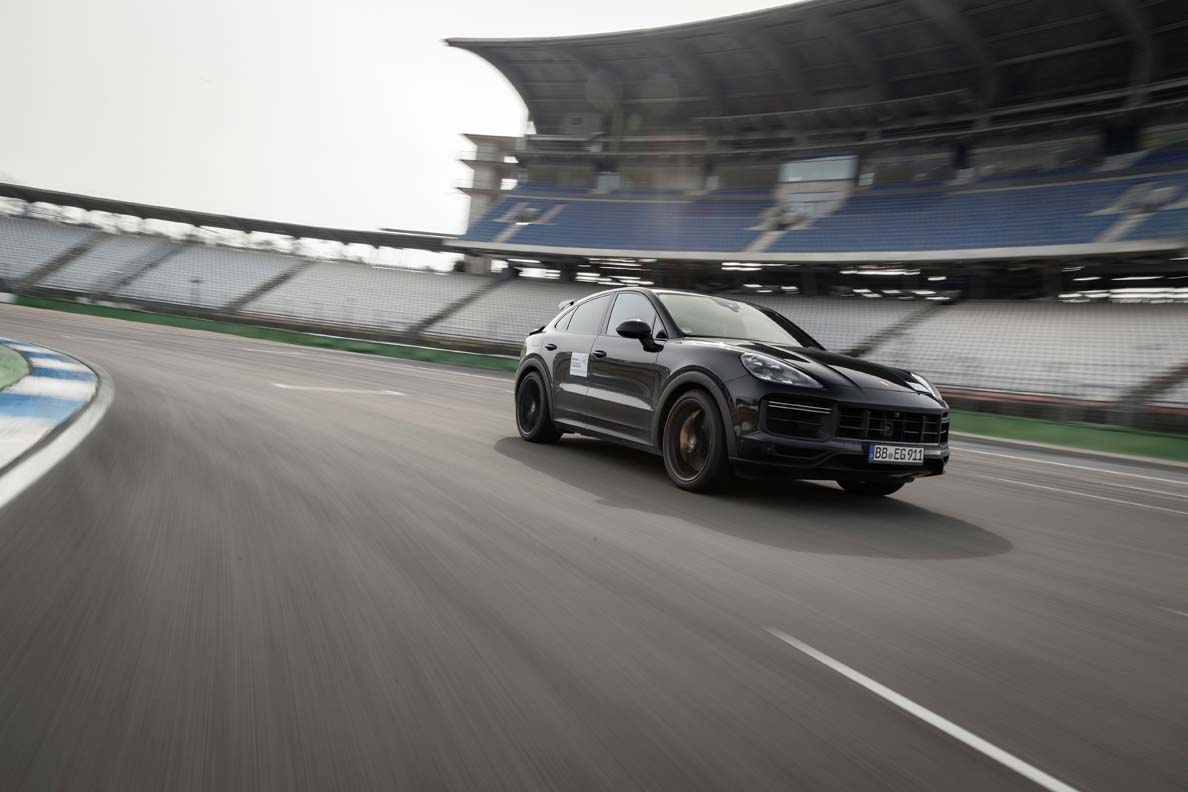 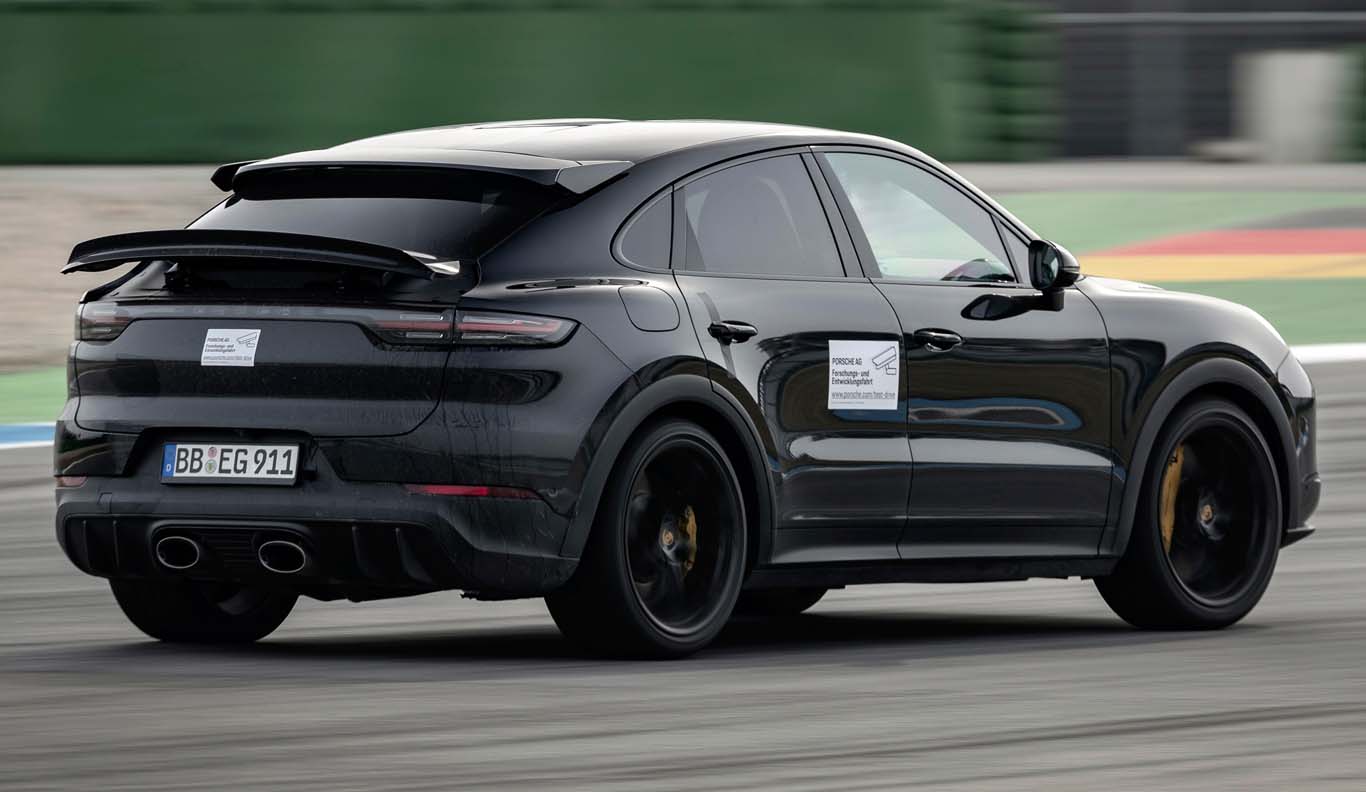 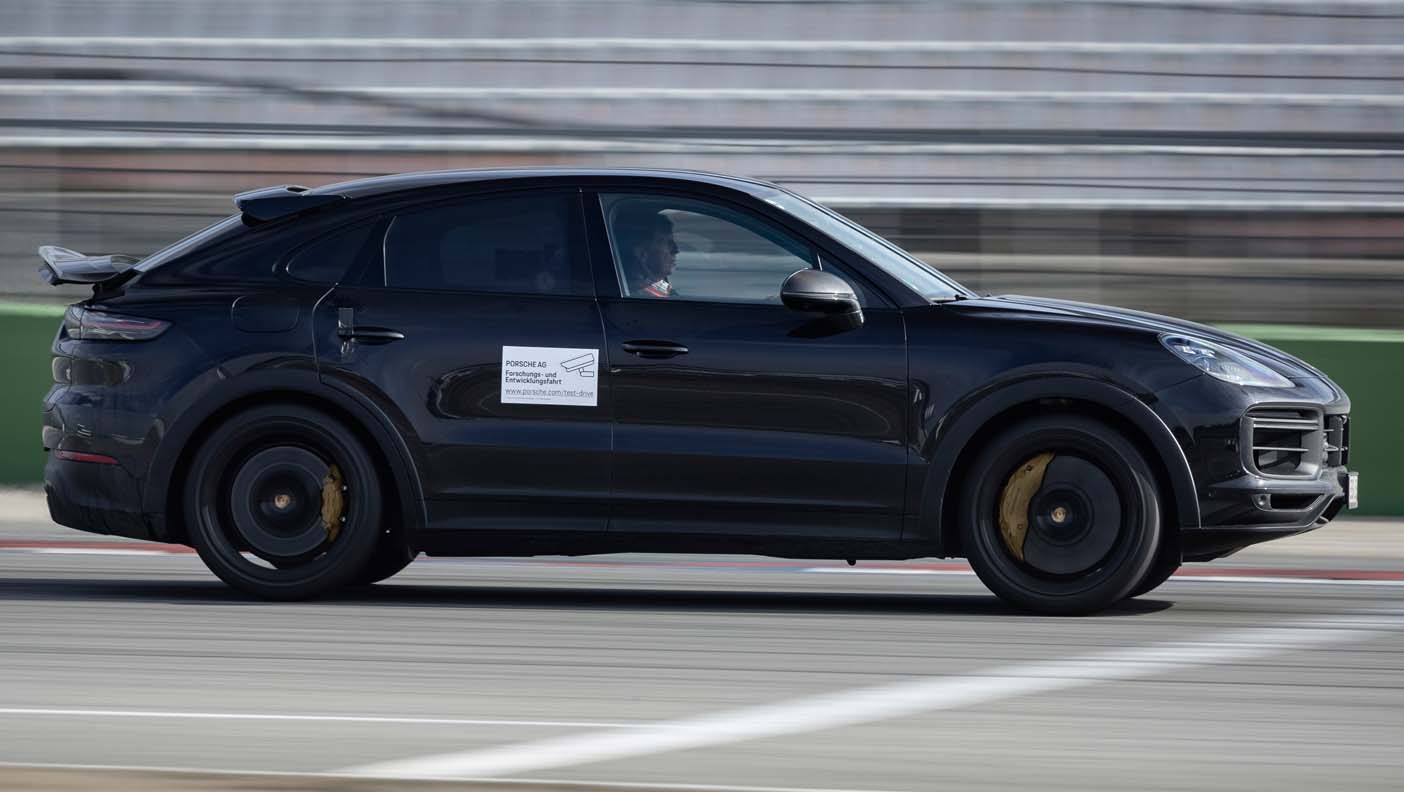 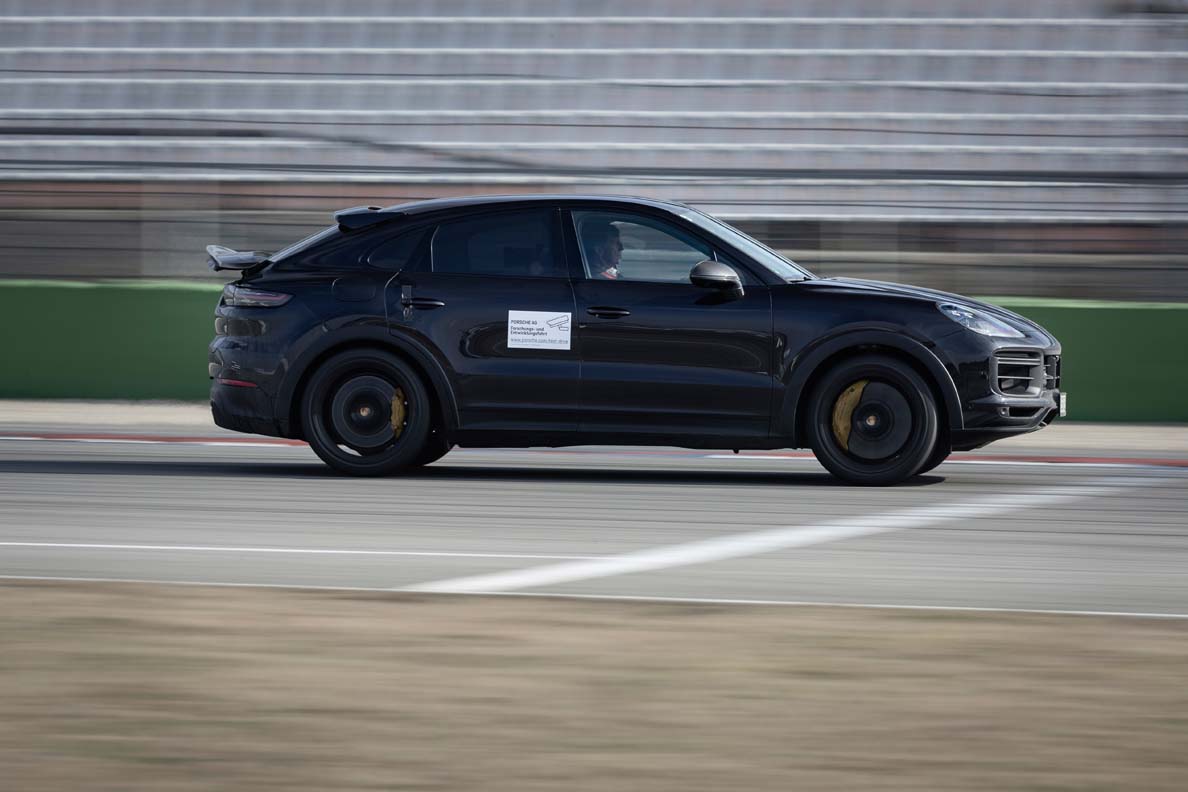 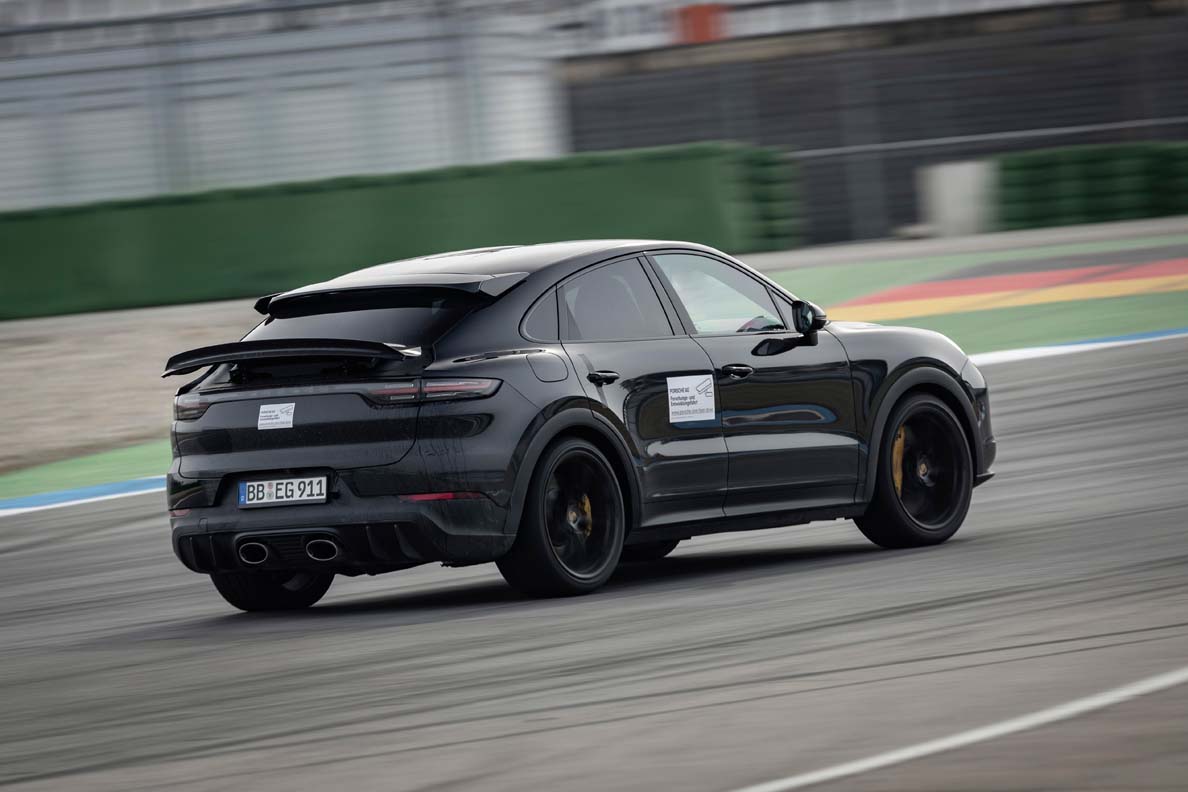 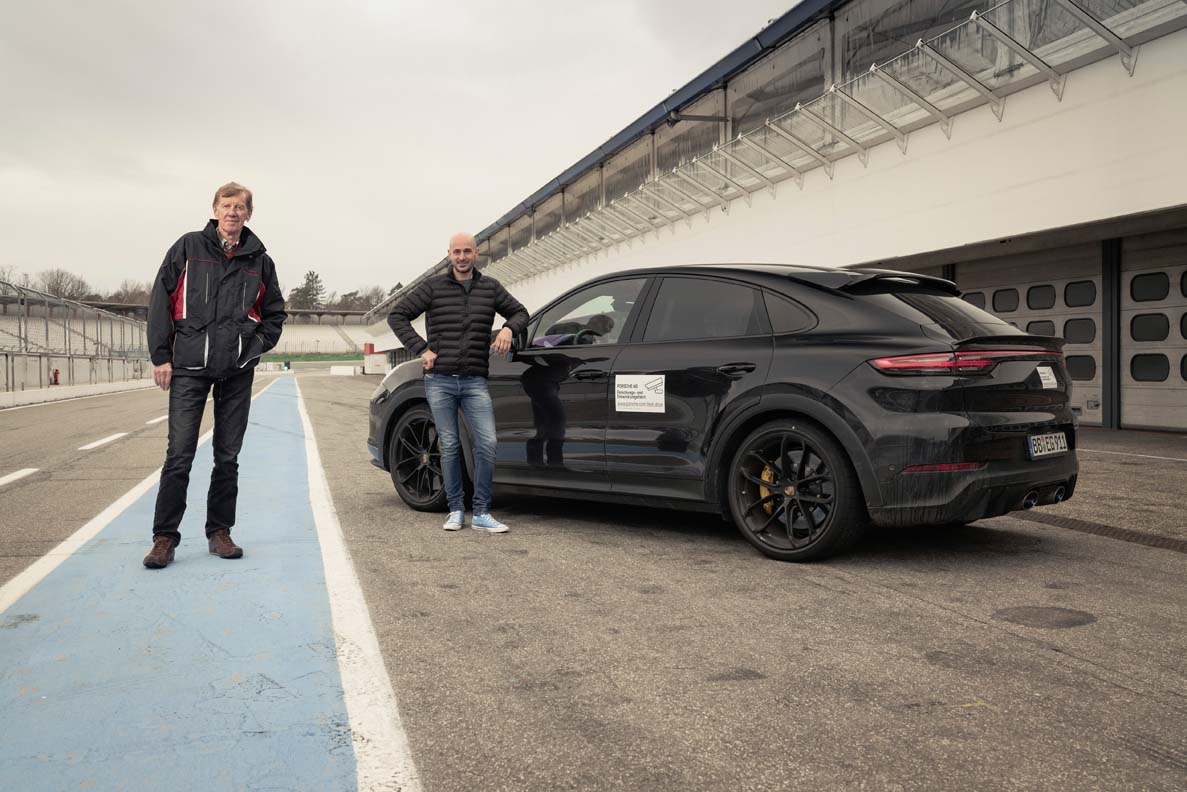 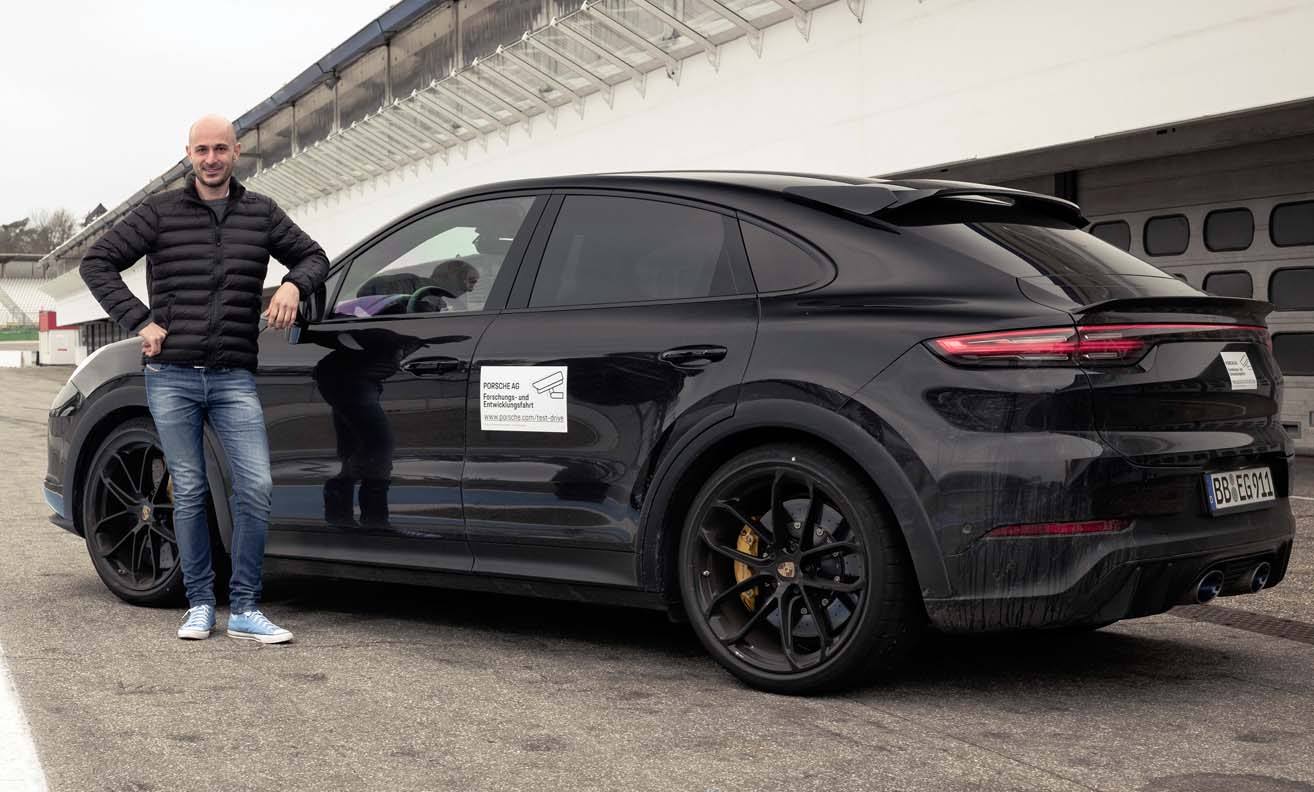