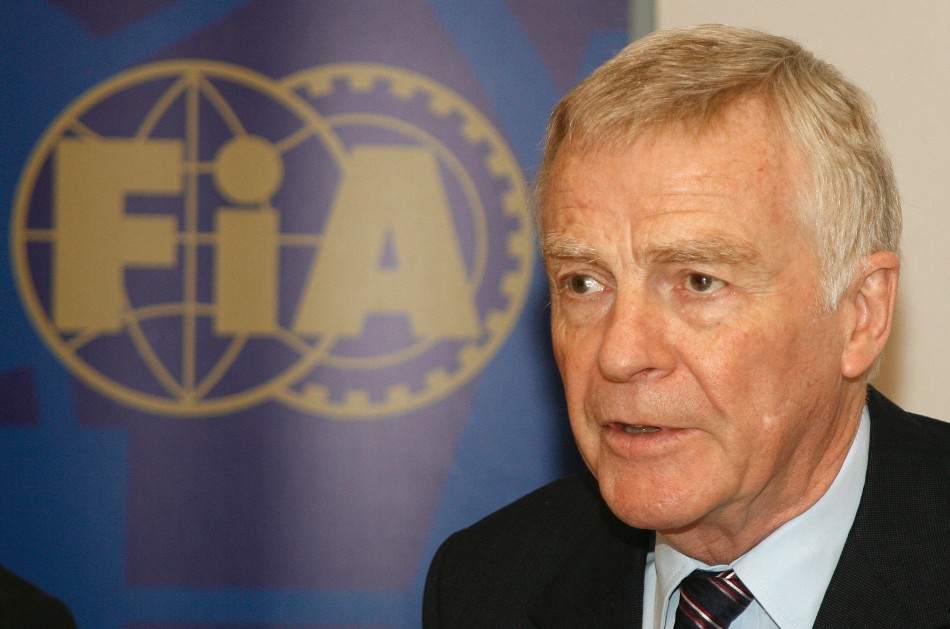 The FIA community was saddened to learn of the passing of former President Max Mosley on 24 May 2021. The work he undertook during his 16-year presidency, detailed below, leaves an indelible mark on the world of motor sport and mobility. His passion and commitment for improving safety both on the race track and, crucially, in transferring that work to practical solutions on the road, has had a positive effect on countless lives around the world. The FIA continues to strive for improvements in safety, remaining committed to ensuring a prosperous future across the world of motor sport, and pays tribute and thanks to the contributions made by Mr Mosley.

FIA President Jean Todt said: “I am deeply saddened by the passing of Max Mosley. He was a major figure in Formula 1 and motor sport. As FIA President for 16 years, he strongly contributed to reinforcing safety on track and on the roads. The entire FIA community pays tribute to him. Our thoughts and prayers are with his family.”

Max Mosley was born in London in 1940 and attended schools in Britain, France and Germany. He went on to study at Oxford University, where he read physics and was elected Secretary of the Oxford Union debating society. He later trained as a lawyer and became a barrister specialising in patent and trademark law.

In his leisure time however, Mosley spent much of his youth racing cars, first in sports cars and then later in Formula 2 driving Brabham and Lotus cars. He retired from driving in 1969 to co-found March Engineering, which quickly became one of the world’s leading racing car manufacturers. Mosley dealt with legal and commercial matters for the company between 1969 and 1977.

In the mid-1970s, he became the official legal adviser to the Formula One Constructors’ Association (FOCA), the body that represented Formula One constructors. In this role he drew up the first Concorde Agreement, settling a long-standing dispute between FOCA and the Fédération Internationale du Sport Automobile (FISA), the then governing body of Formula One. In 1986, Mosley was elected president of the Manufacturers’ Commission of the FISA and represented the world’s motor industry on the World Motor Sport Council. He was later elected President of the FISA in 1991.

Having worked closely together to plan the restructuring of the FIA, Jean-Marie Balestre and Max Mosley had agreed on the latter’s candidature for the FIA presidency when the Frenchman stood down in June 1993. It soon became clear that Mosley had majority support and he was elected President of the FIA unopposed.

As president, Mosley pledged that the FIA should make a difference in the world outside motor racing and set about promoting increased road safety and the use of green technology.

In his first year in office Mosley set up the FIA Brussels office, giving motor sport and 40 million members of the FIA’s motoring organisations in the European Union countries an effective voice in Brussels for the first time. In the same year, he was elected Honorary President of the European Parliament Automobile Users’ Intergroup and he formed the Expert Advisory Safety Committee, which brought together leading safety experts in motor sport to research and find solutions for the major safety issues in motor sport.

Those issues came to a head in 1994 with the accident in Formula One at the San Marino, in which triple world champion Aytron Senna was killed. In the wake of the Brazilian driver’s death Mosley instituted widespread reform of safety in the sport.

Two years later, in 1996, Mosley led the FIA’s successful campaign to modernise and strengthen EU crash test standards for the first time since 1974, achieved by proposing amendments to the European Parliament requiring the offset frontal test and 300mm clearance side impact test.

He also promoted the European New Car Assessment Programme (Euro NCAP), the independent crash-test organisation described by the European Commission as the most cost-effective road safety initiative of the last 20 years. Mosley remained Chairman of Euro NCAP from 1996 until 2004. In late 1996, Mosley also formed and served as the first Chairman of the Formula One Safety Commission, which focused on the development of Formula One circuit safety.

In 1997 he led a successful campaign for the FIA to be recognised by the International Olympic Committee. A few years later, he launched Formula Zero, a strategy for reducing fatalities and injuries on track and road. The policy document identified the safety synergies between motorsport and motoring and outlined an approach to road safety involving a zero-tolerance approach to deaths or injuries.

In 2002, Mosley proposed the establishment of the FIA Foundation and the FIA Academy. Mosley served as a Trustee of the Foundation, a charity focusing on promoting road safety, environmental protection and motor sport safety worldwide. The FIA Academy was created to develop important projects to stimulate research and create the necessary framework to promote road safety and protect the environment.

In 2004, Mosley also proposed the establishment of the FIA Institute for Motor Sport Safety in order to develop and improve safety measures and sustainability across all areas of motor sport, from junior racing to top-level championships.

He was re-elected as FIA President three times – in 1997, 2001 and 2005 – each time unopposed. When he eventually decided to stand down in 2009, Mosley endorsed Jean Todt as his successor and like many before him, was named Honorary President of the FIA shortly after.

Mosley received many government and industry awards, most notably the ‘Chevalier de l’Ordre National de la Légion d’Honneur’ in 2006, in recognition of his great contribution to road safety and motor sport.